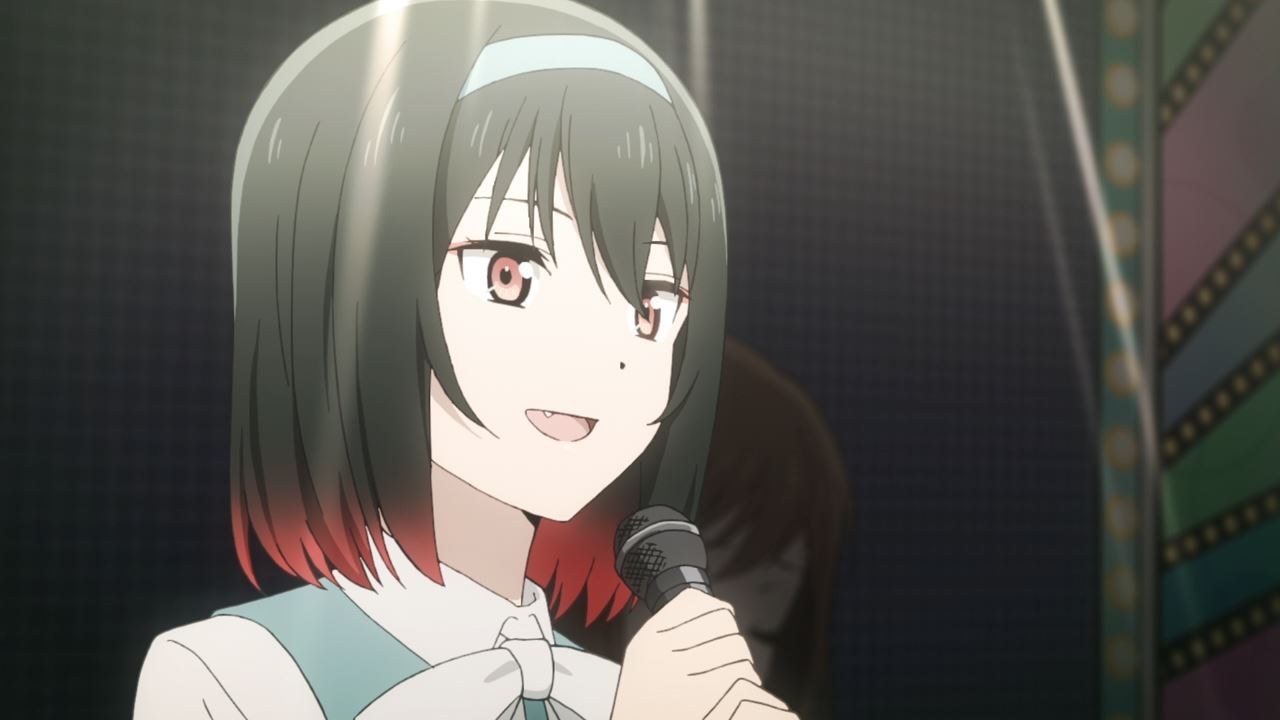 Let’s begin with a flashback where Kaoruko Mifune was once a school idol in Shion Girls’ Academy. Sadly, her school idol group didn’t qualify past the preliminaries on her 3rd-year.

For Shioriko, it’s sad that her sister didn’t get to perform at the Love Live! School Idol competition, therefore she doesn’t want to become a school idol. 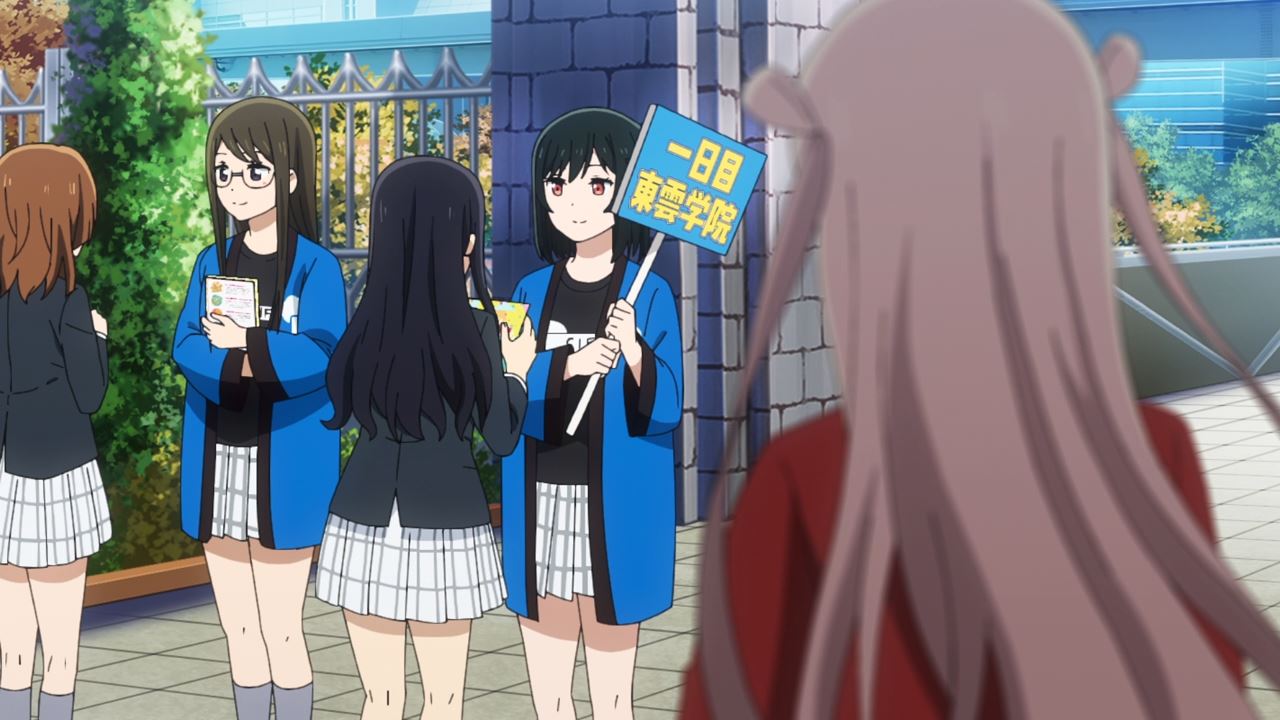 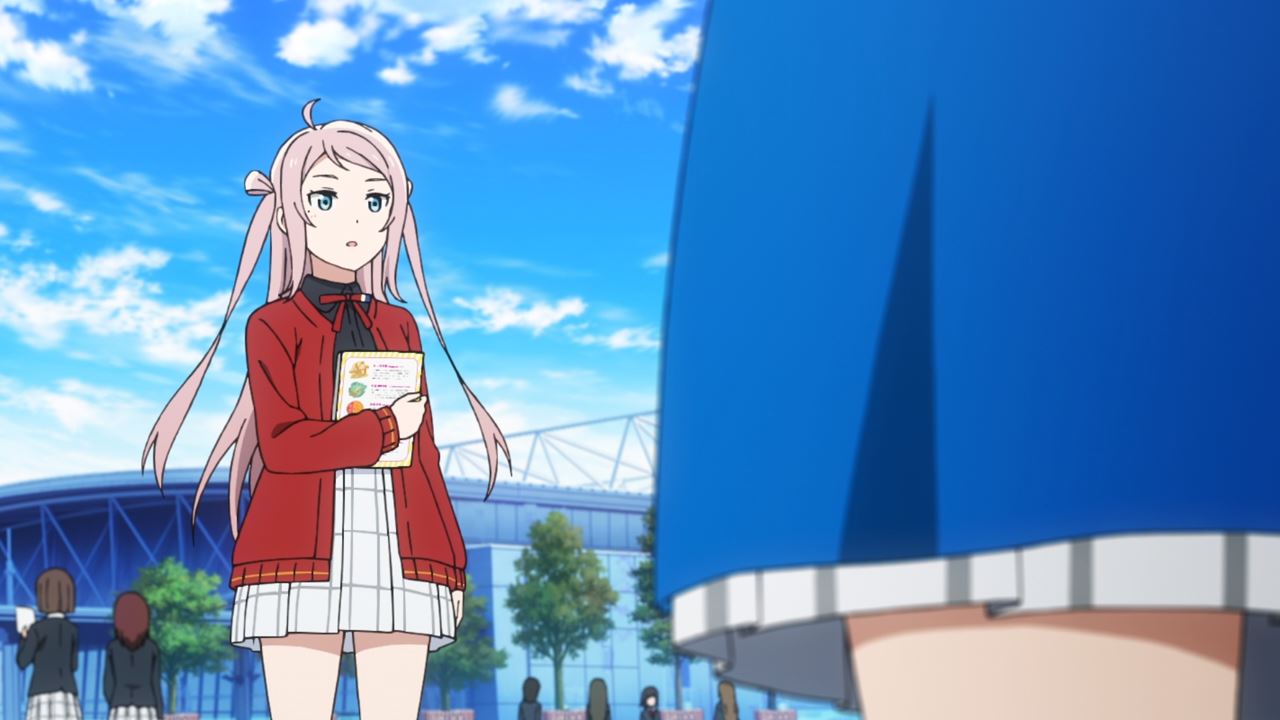 Meanwhile, here’s Lanzhu Zhong where she was supposed to talk to Shioriko Mifune, but Lanzhu got interrupted by some random student.

Honestly, I feel that Lanzhu Zhong will have an episode later ’cause despite acting like an elite, Lanzhu is feeling lonesome. 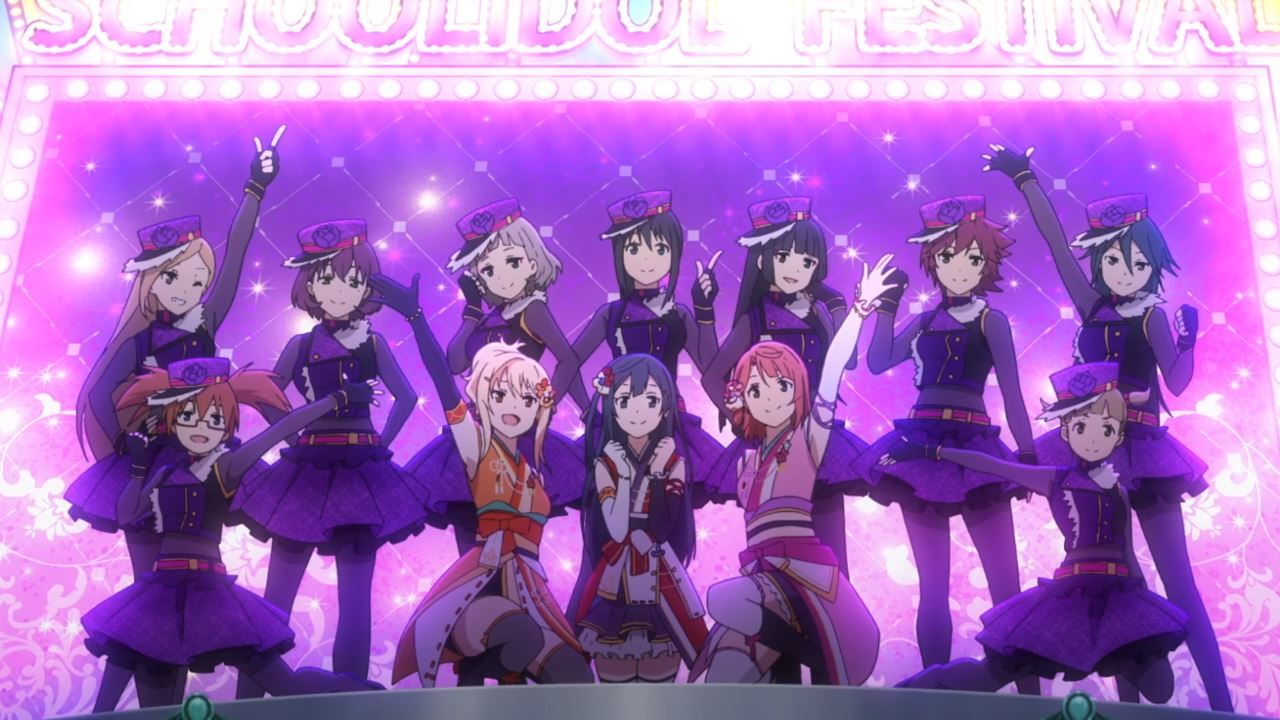 Now then, I forgot to mention that the week-long school idol festival is still ongoing where Ai Miyashita, Setsuna Yuki, and Ayumu Uehara went to Shion Girls’ Academy for a joint concert together with the local school idols. 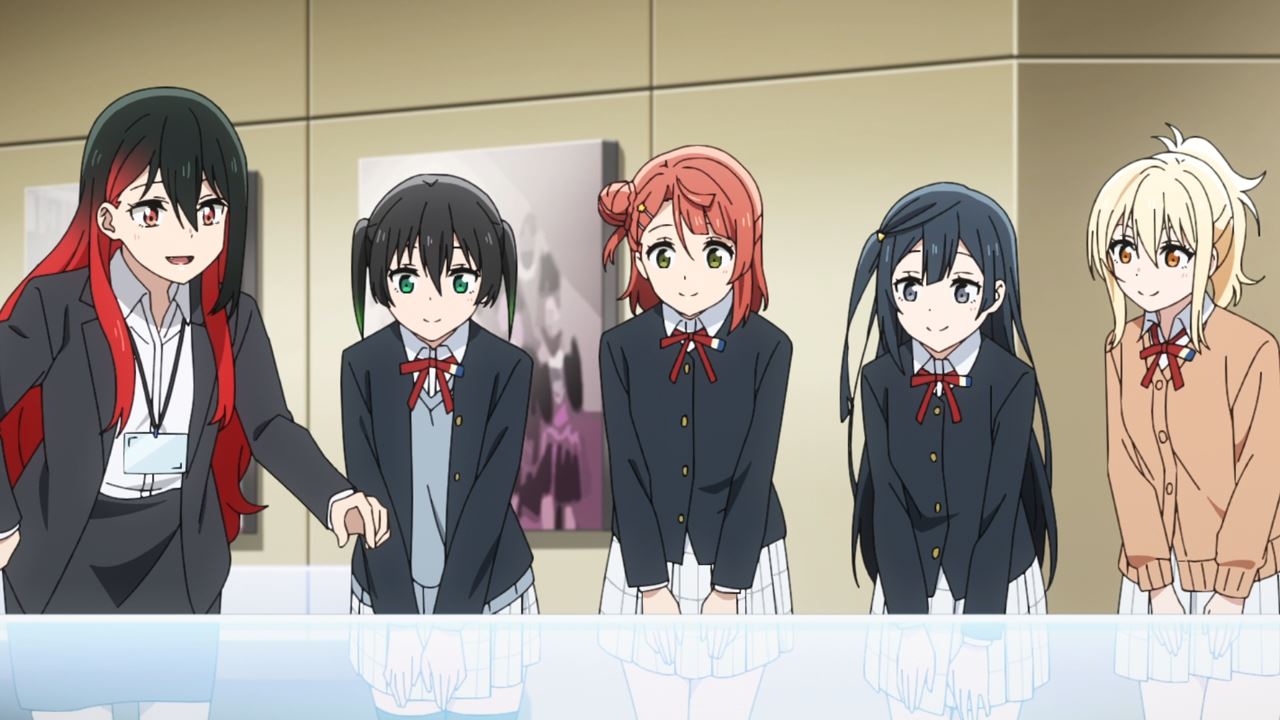 Oh yeah, here’s Kaoruko where she shows a piece of history back when she was a school idol at Shion Girls’ Academy. 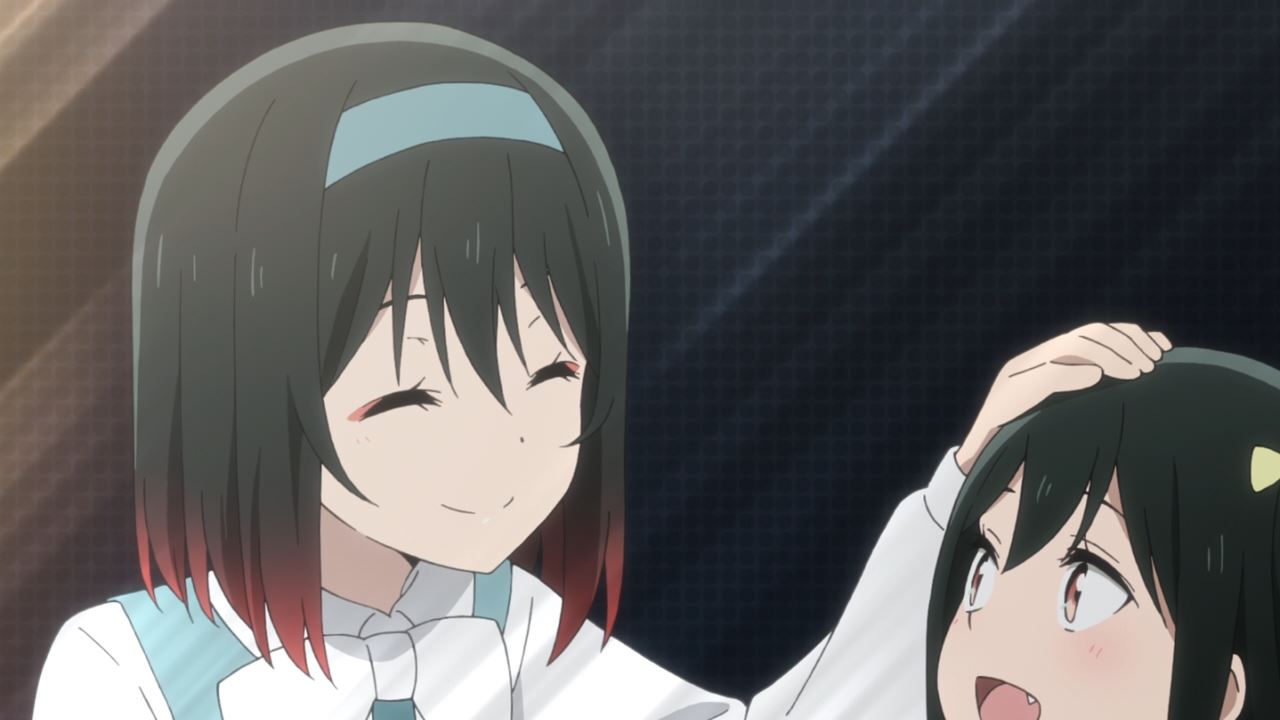 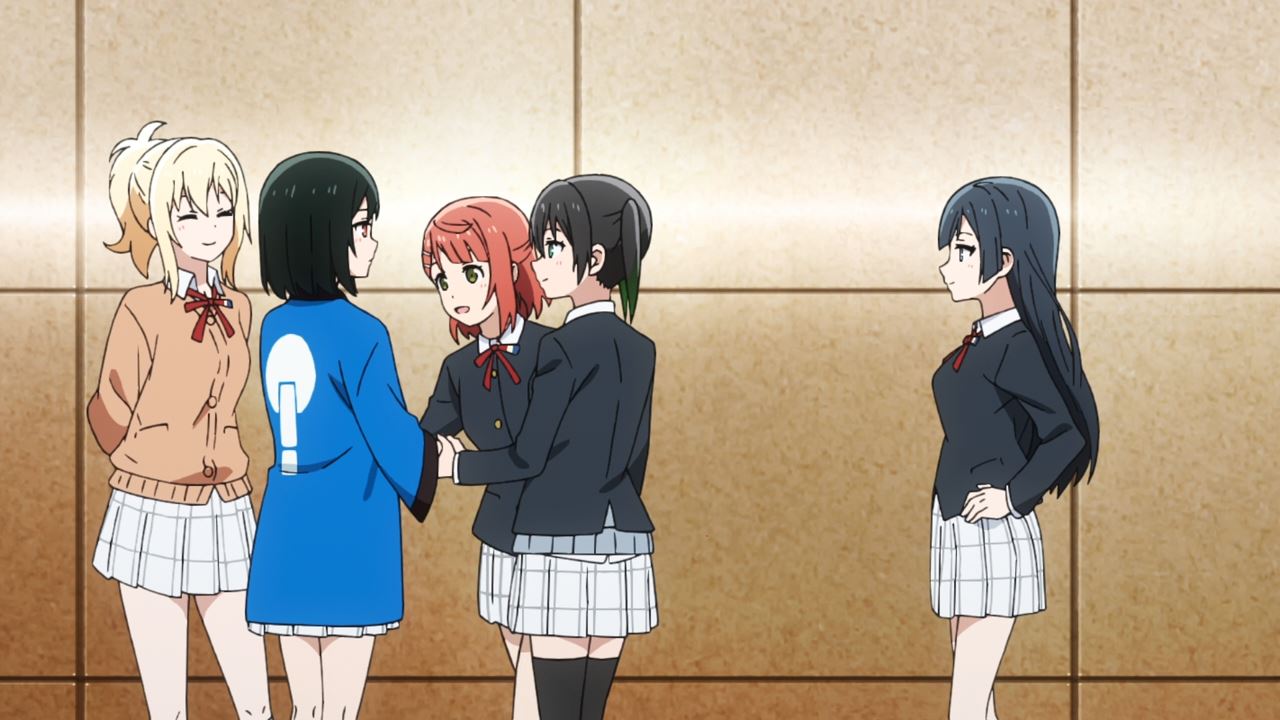 But you know what, Yu Takasaki and the rest will convince her otherwise, but they need to make Shioriko smile ’cause she’s looking so gloomy all the time. 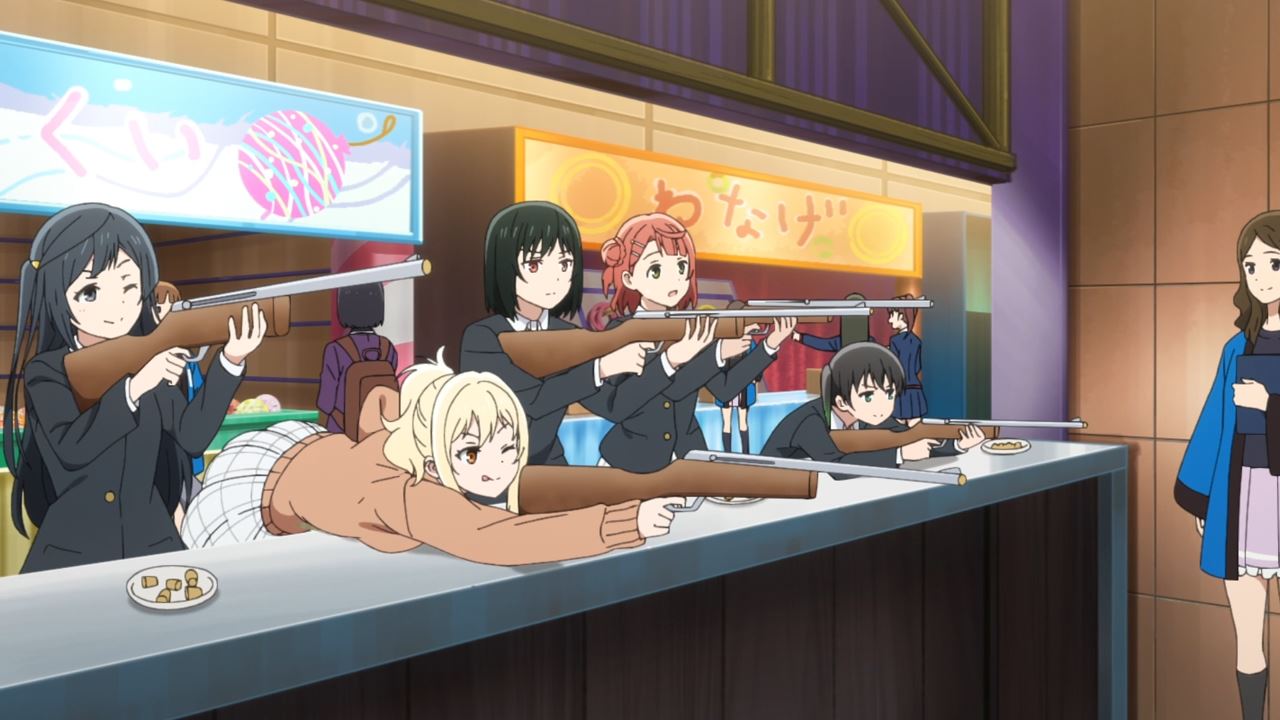 Anyways, time to visit some of the attractions from Shion Girls’ Academy, although it appears that Shioriko doesn’t feel like she’s enjoying the party games. 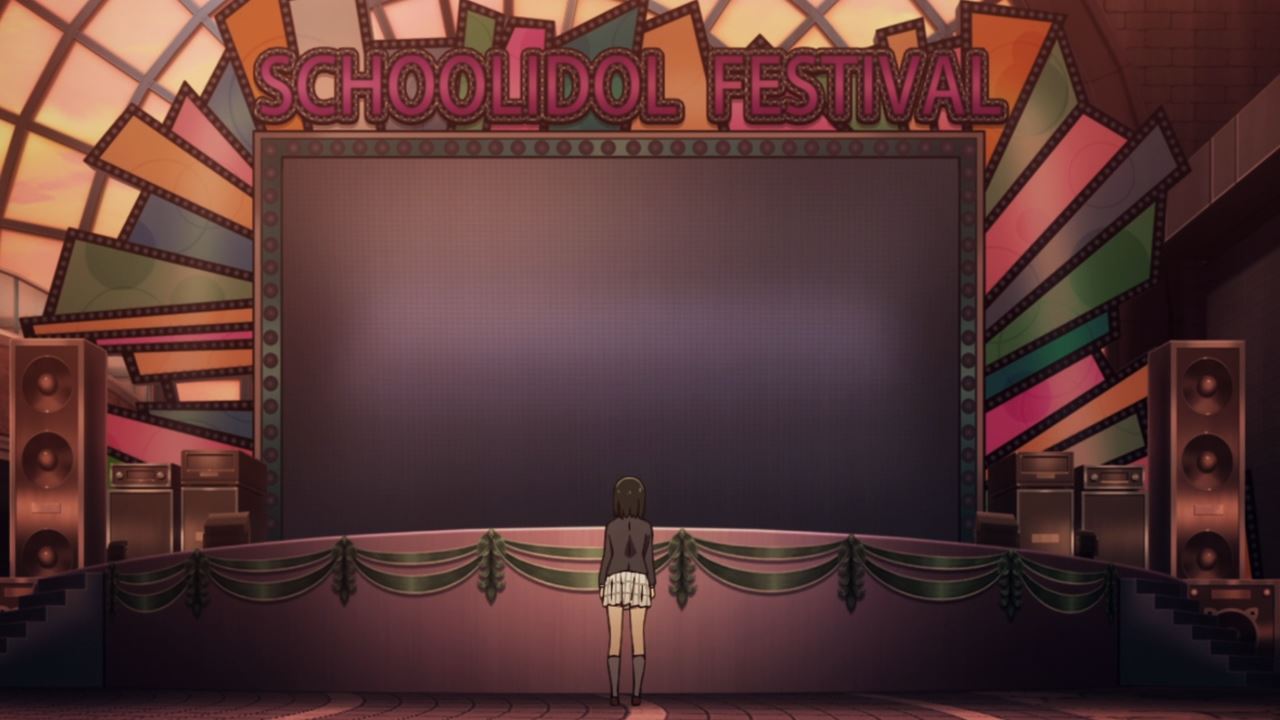 Now then, it’s time for the school idols of Nijigasaki High School to bring Shioriko Mifune to this special place where her sister Kaoruko and her fellow school idols used to perform at this stage. For Shioriko, she really has some bad memories. 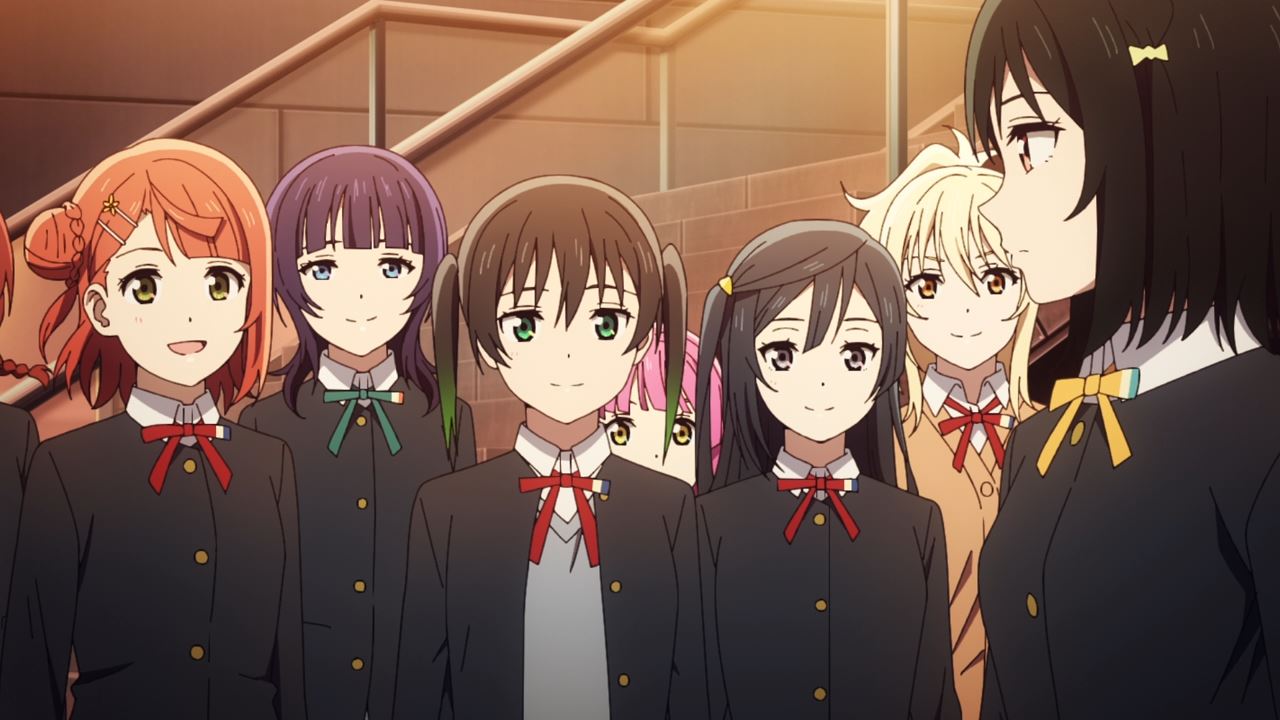 Of course, Ayumu Uehara and the rest are convincing Shioriko that regardless of the result, there’s no regret in becoming a school idol. 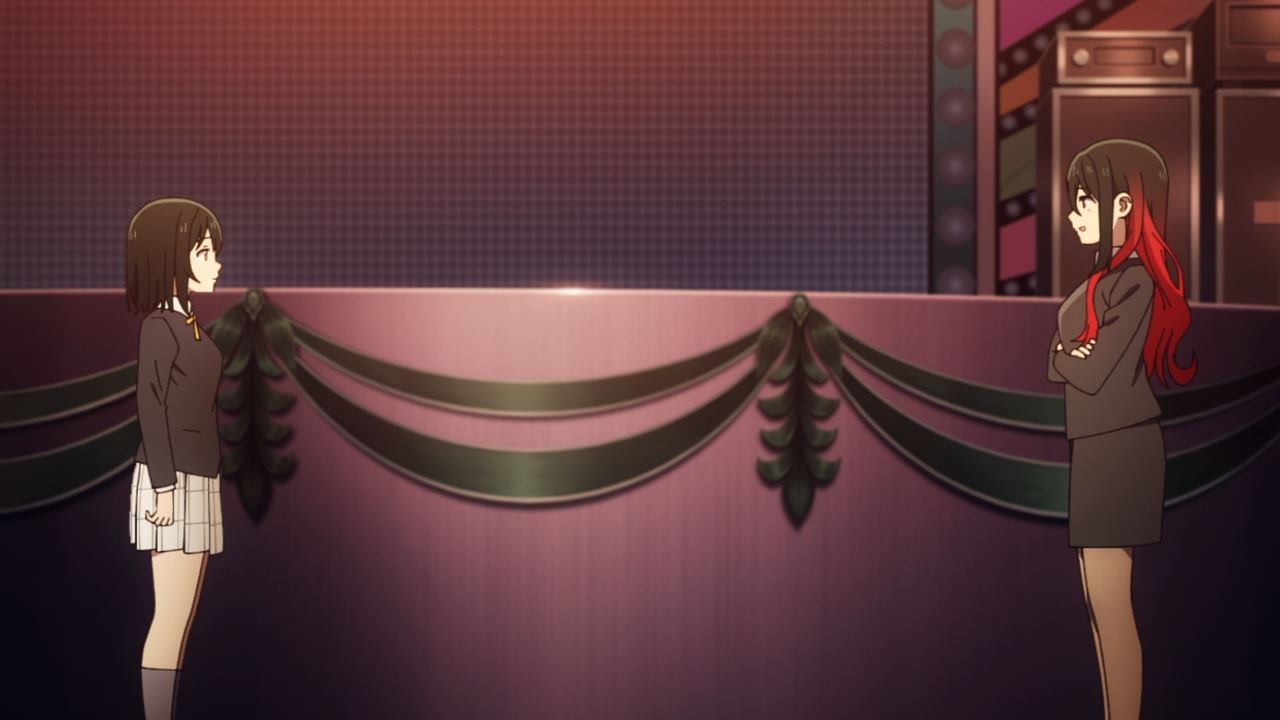 Heck, even Kaoruko doesn’t have any regret where she was a school idol because she made lots of memories.

With that said, seems that Shioriko will give it a try in becoming a school idol herself. 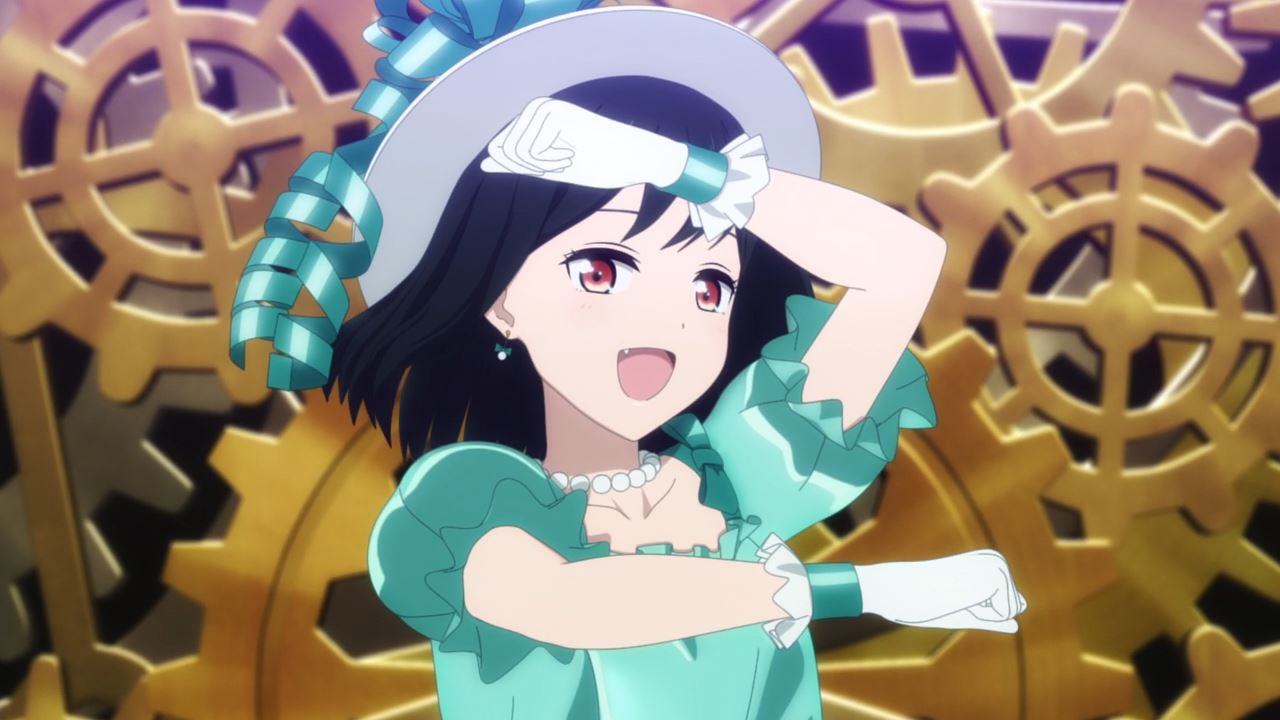 And man, I have to say that it was a complete transformation for Shioriko Mifune as she perform “Emotion”. Quite fitting considering that she’s becoming more expressive than before. 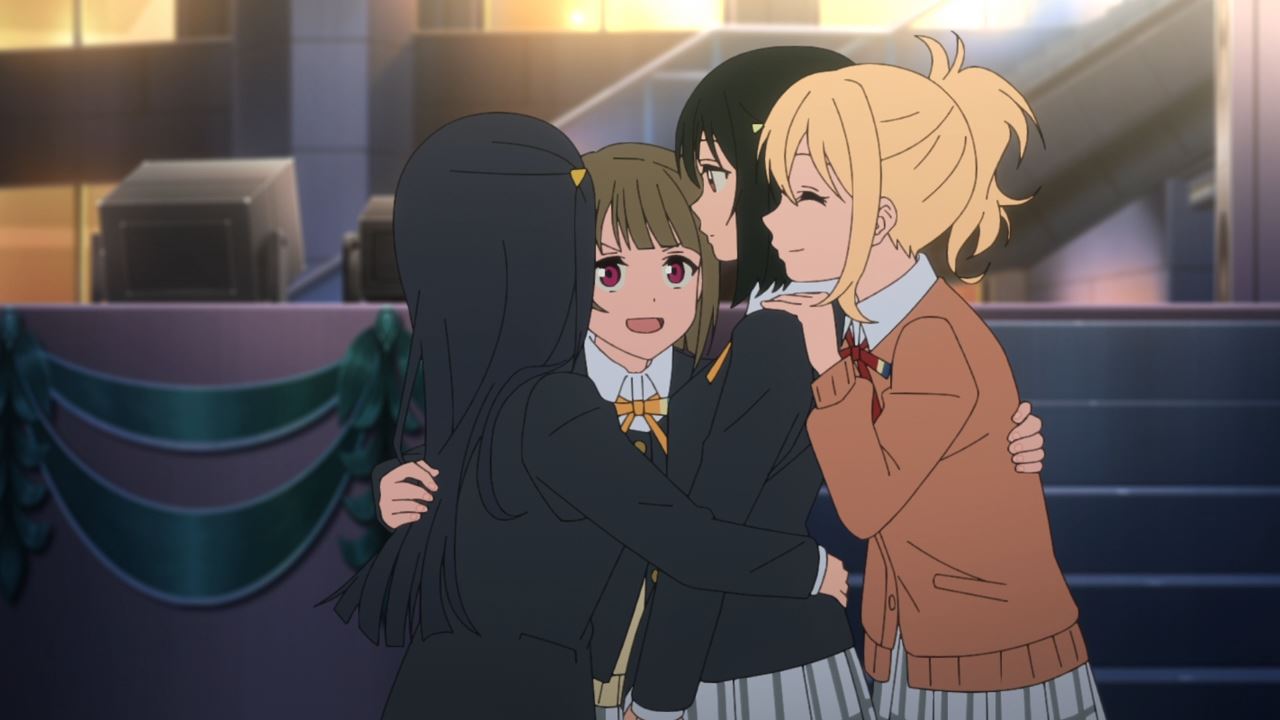 But that’s the end of this episode and I’m glad that Shioriko Mifune becomes a school idol thanks to her big sister Kaoruko, as well as the members of Nijigasaki High School Idol Club.

C’mon, they really did a great job of convincing Shioriko to chase the school idol dream rather than being just a fan. 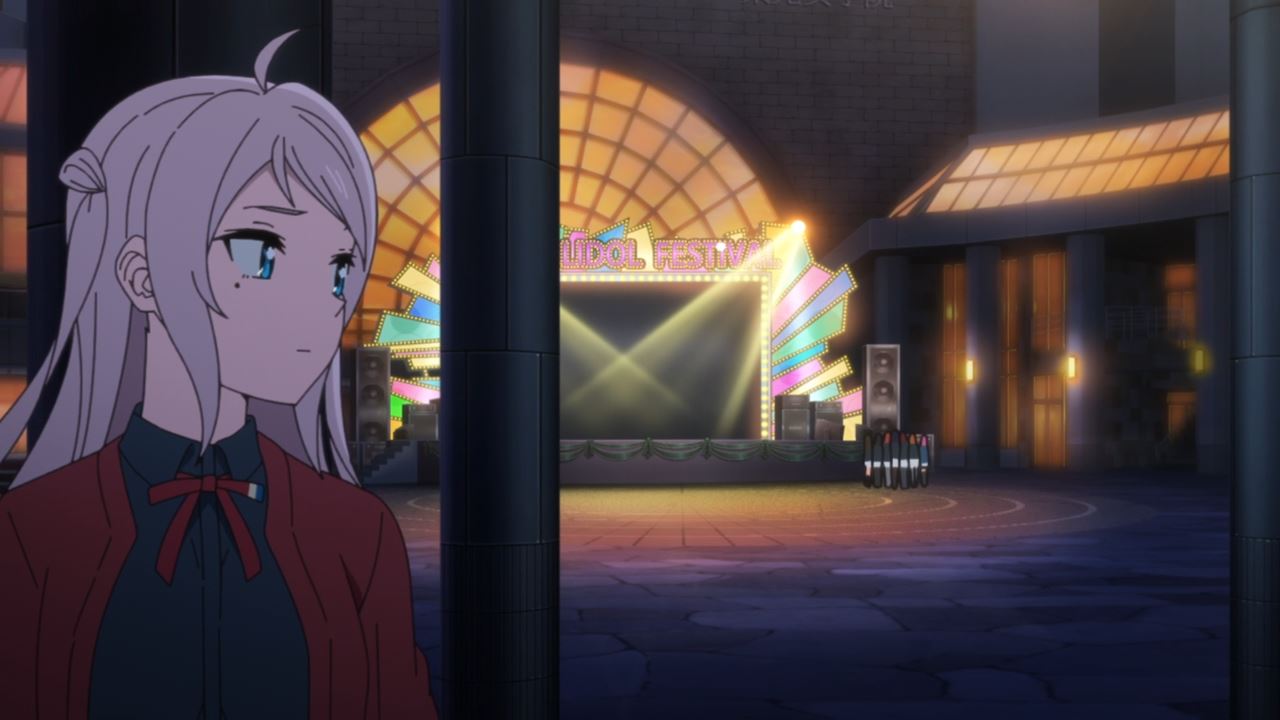 Of course, let’s not forget about Lanzhu Zhong where she’s getting even more depressed now that she lost Shioriko Mifune. I smell a story arc on the next episode!