Legend of the Galactic Heroes: Die Neue These Episode #33 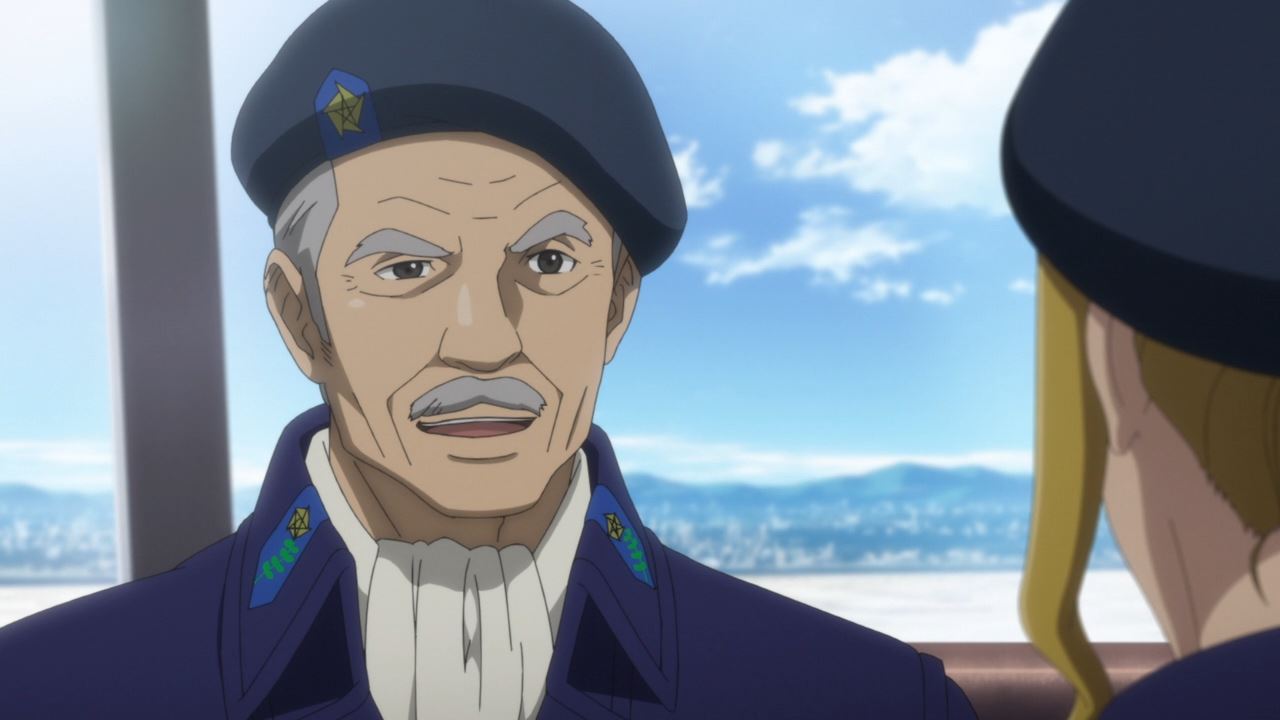 Of course, this is the most crucial moment within the Free Planets Alliance as democracy is slowly eroding away to the point that the nation will be ruled with an iron fist. For now, Admiral Bewcock need to take them one of his trusted friends. 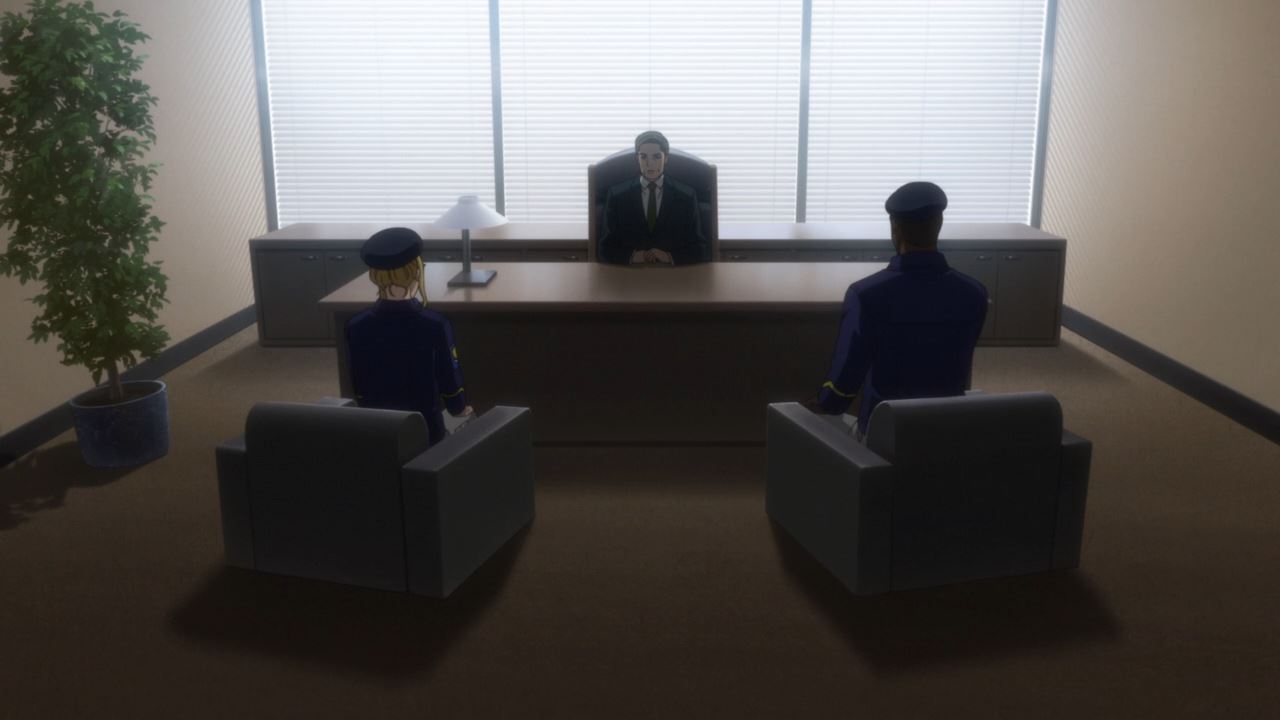 And that’s Joan Lebello where the former financial secretary is really worried that democracy within the Alliance is dying out thanks to the ongoing war with the Galactic Empire, as well as the aftermath of the coup d’etat by the National Salvation Military Council.

Oh yeah, that last part was the worst one as Job Trunicht and his cronies wasted no time discrediting the Alliance Navy when it comes to internal affairs. 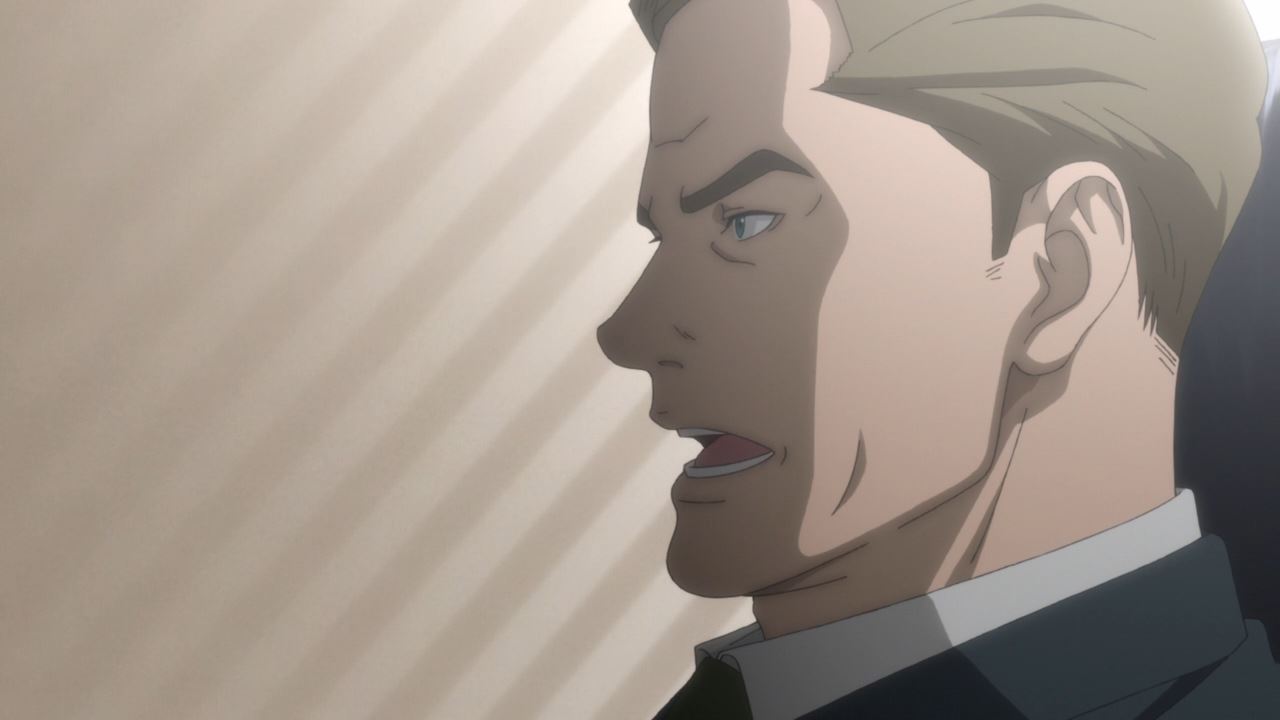 Furthermore, Joan Lebello told them that various anti-war movement like the Edwards Committee are being silenced for voicing their concern over the centuries-old war with the Galactic Alliance. 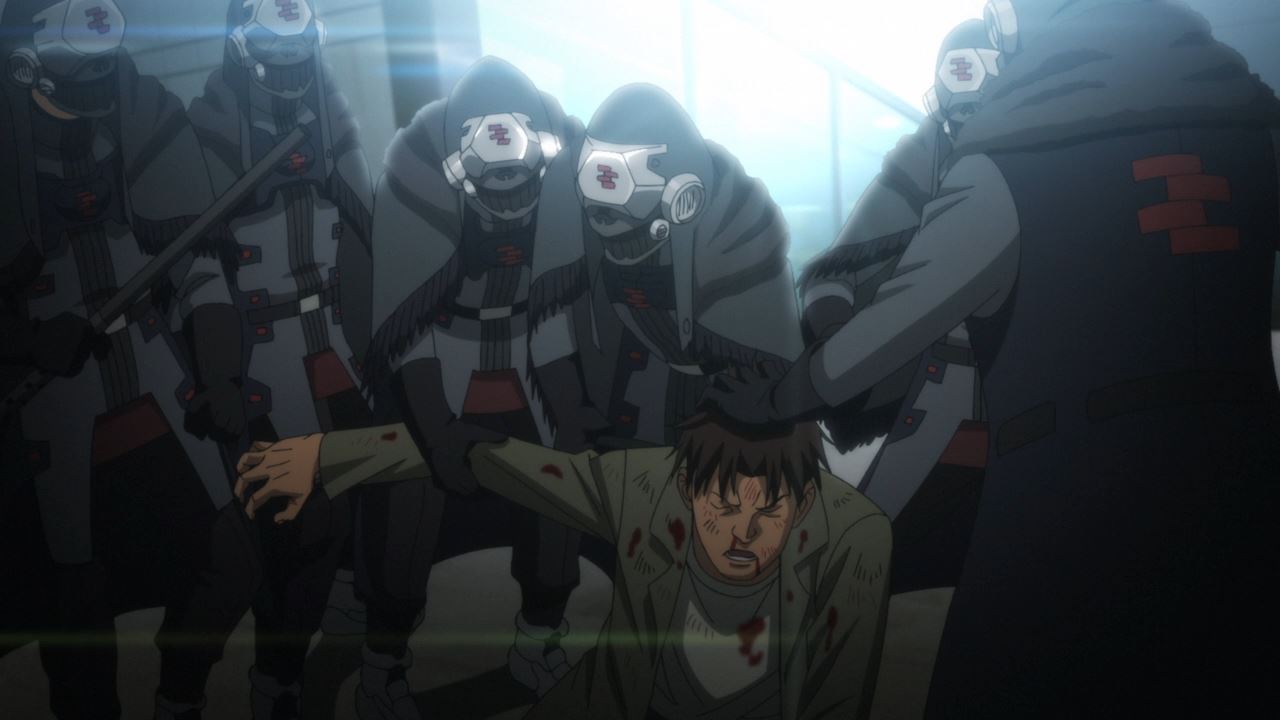 And here’s the worst part where members of the Edwards Committee are being brutalized by Job Trunicht’s cult militia called the Patriotic Knight Corps. 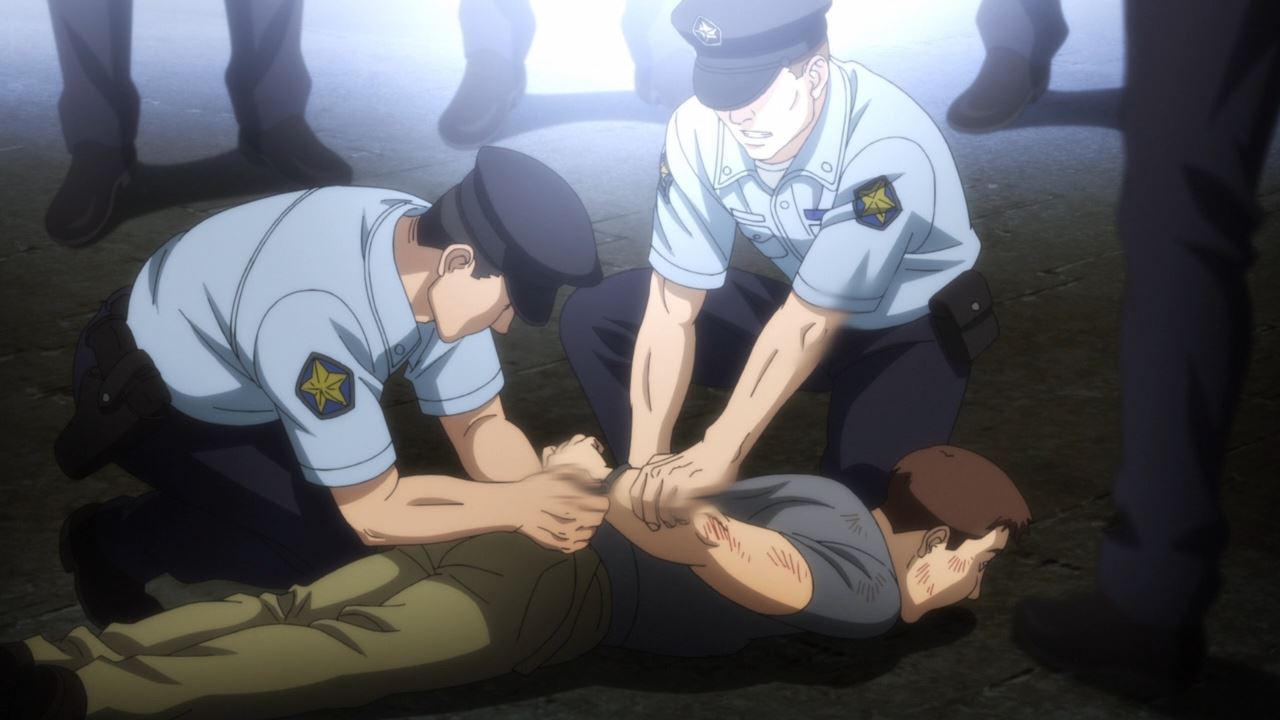 Even worse is that the police arrested members of the Edwards Committee while the Patriotic Knight Corps got away with injuring an innocent protestor. Heck, I bet that they killed one of them.

Honestly, I’m really frustrated that people who are really tired of fighting the Empire are being persecuted for voicing their concerns. 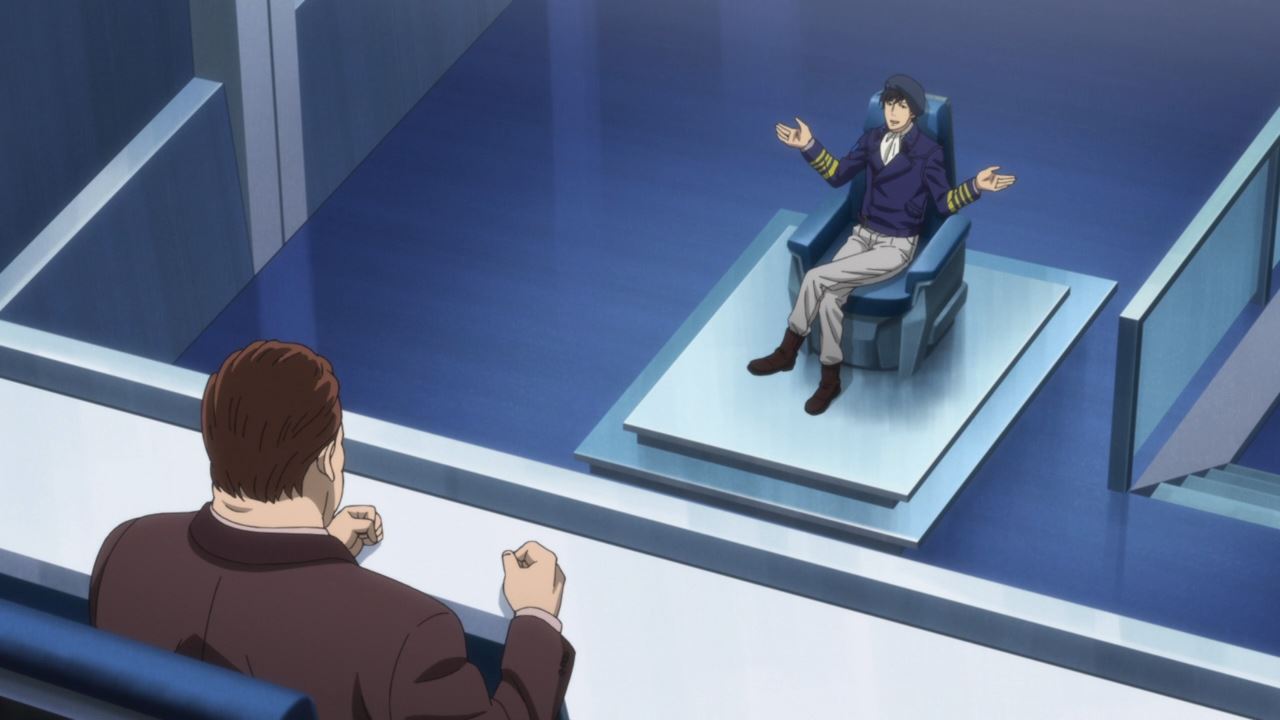 But now, let’s move onto Admiral Yang Wen-li where the court of inquiry is being continued until they received some bad news that the Galactic Empire has arrived at the Iserlohn Corridor.

Therefore, Admiral Yang will take his leave since duty calls for him again. Then again, I have some suspicion that someone deliberately ordered Wen-li to return to Heinessen so that the Galactic Empire will easily capture the Iserlohn Fortress without his presence. 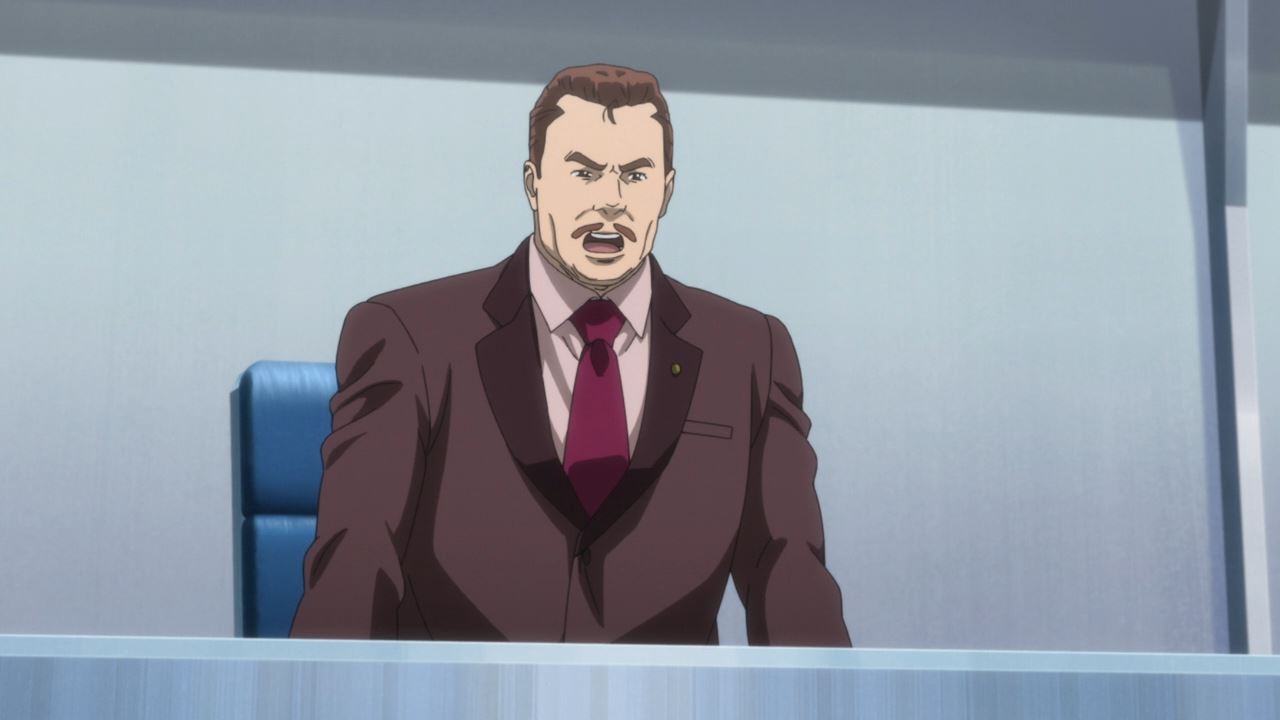 By the way, seems that National Defense Committee Chairman Negroponte’s tone has changed from being antagonistic towards trivial things to begging the admiral to defend the country.

Seriously, this guy should be killed when Heinessen falls under the Empire’s hands. He’s not only an asshole who thinks he’s better than Yang Wen-li, but his diatribe towards the admiral is so irritating. 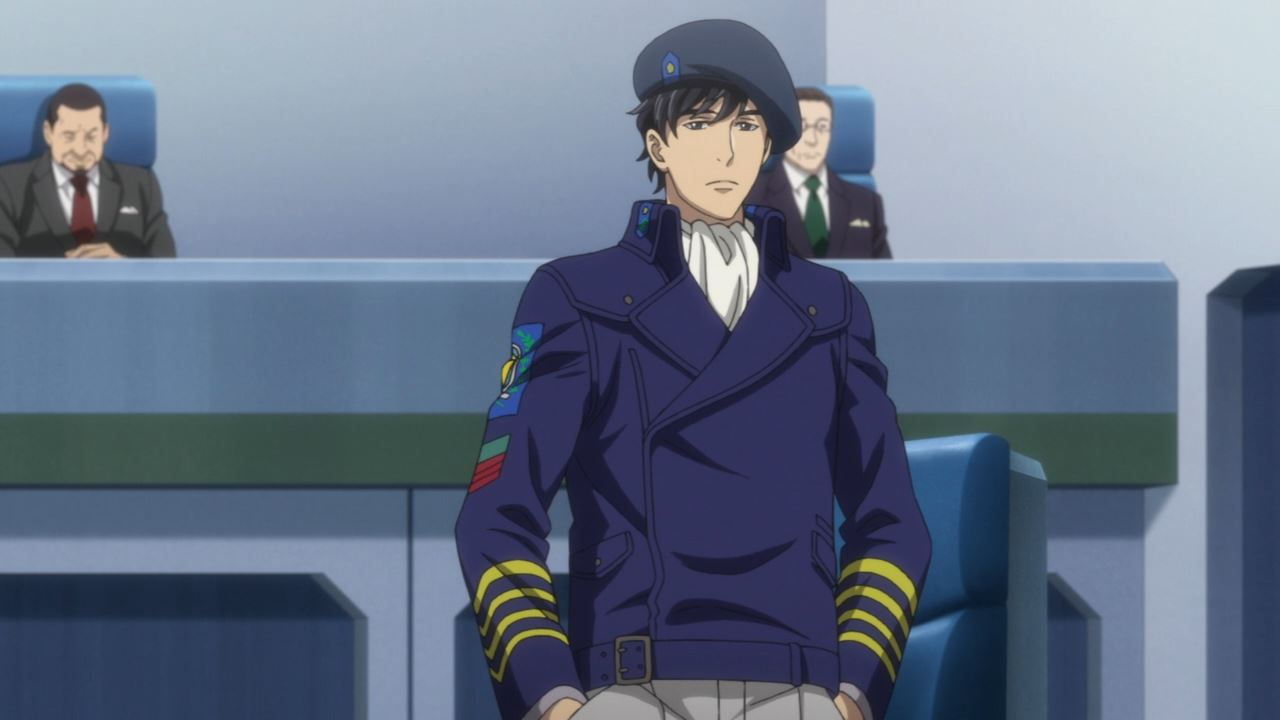 And so, Admiral Yang Wen-li takes his leave after surviving a grueling kangaroo court that is the court of inquiry. Honestly, this court should not be happened at all! 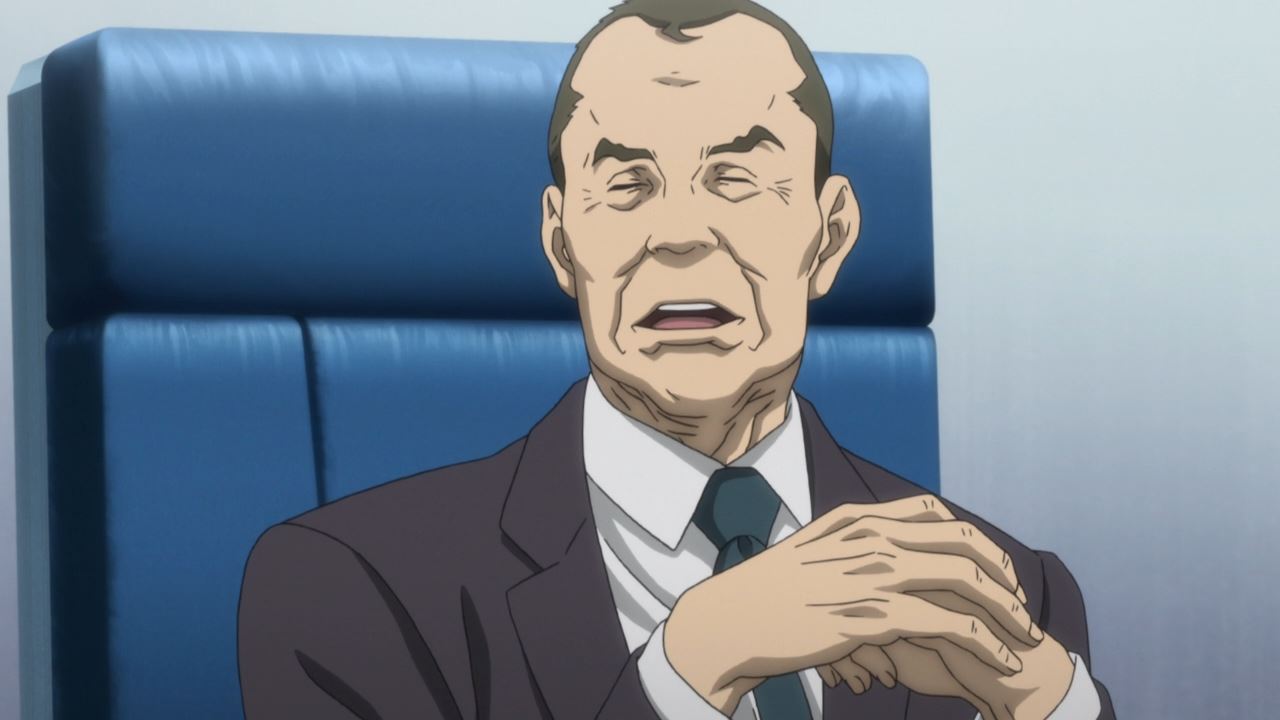 Even Huang Louis agreed that this inquiry is a waste of time where they spend their minutes bashing Yang Wen-li to no end in sight.

Anyways, I’m hoping that Wang Wen-li will resign after defending the Iserlohn Fortress from the Galactic Empire. 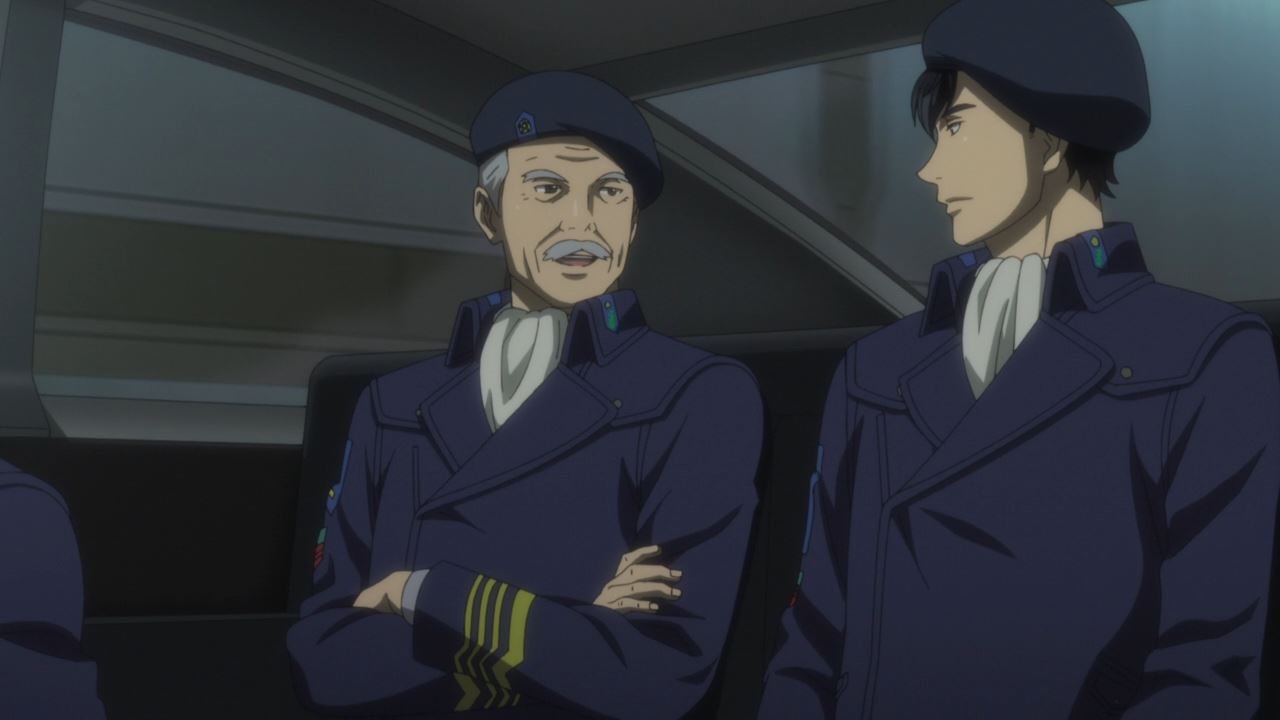 Now then, looks like Admiral Alexandre Bewcock felt a sigh of relief that Admiral Yang Wen-li is okay, although he’s still suffered from the mental torture made by the National Defense Committee. 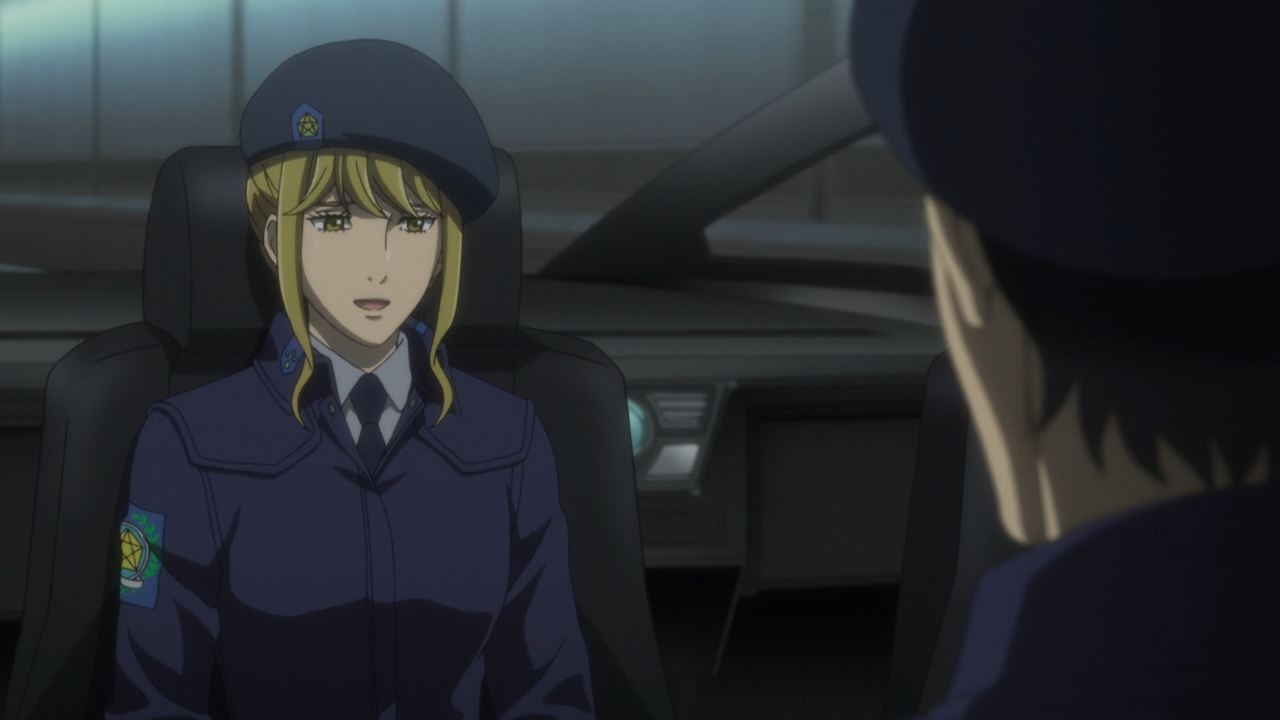 As for Lieutenant Frederica Greenhill, she apologized for not helping Admiral Yang Wen-li during his stay at Heinessen.

But you know what, I think the adjutant should focus on assisting the admiral once they arrived at Iserlohn Fortress. Of course, it’ll take 4 weeks to get there which I’m worried that they might not make it in time. 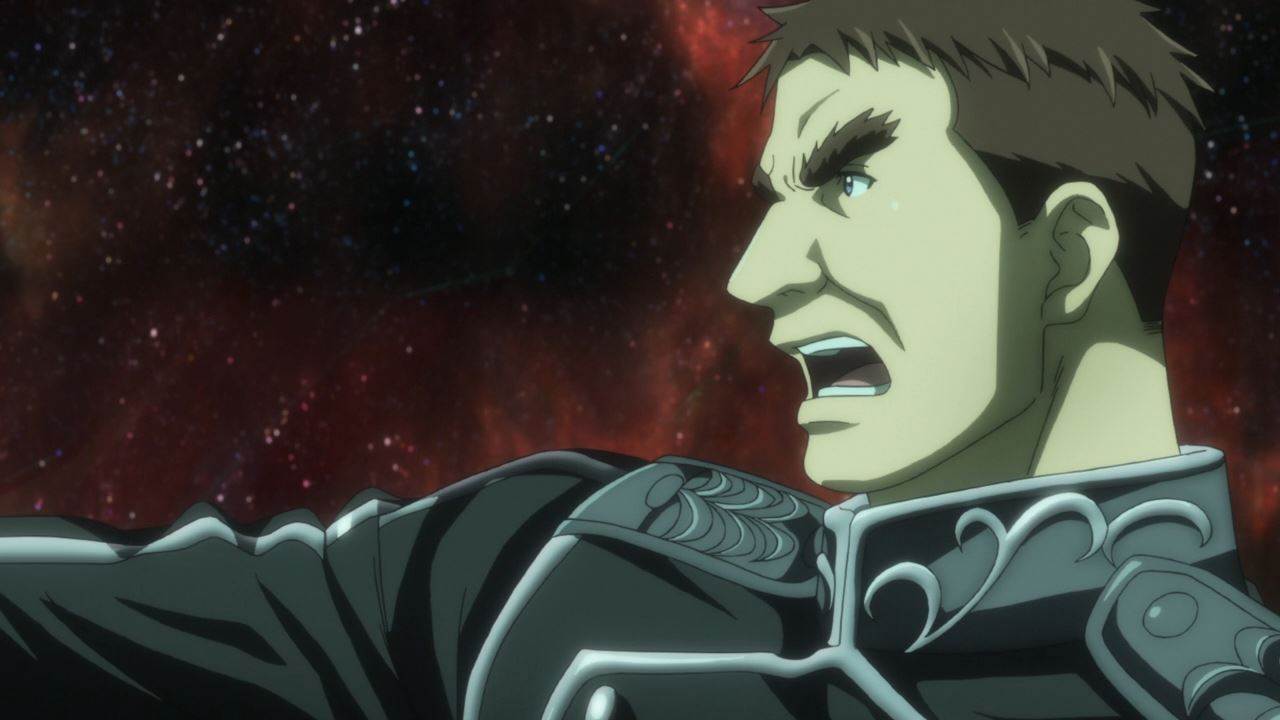 And it gets even worse when Admiral Karl Gustav Kempf ordered his men to fire the massive beam cannon towards the Iserlohn Fortress. I’m hoping that the Free Planets Alliance would defend themselves during Admiral Yang Wen-li’s absence. 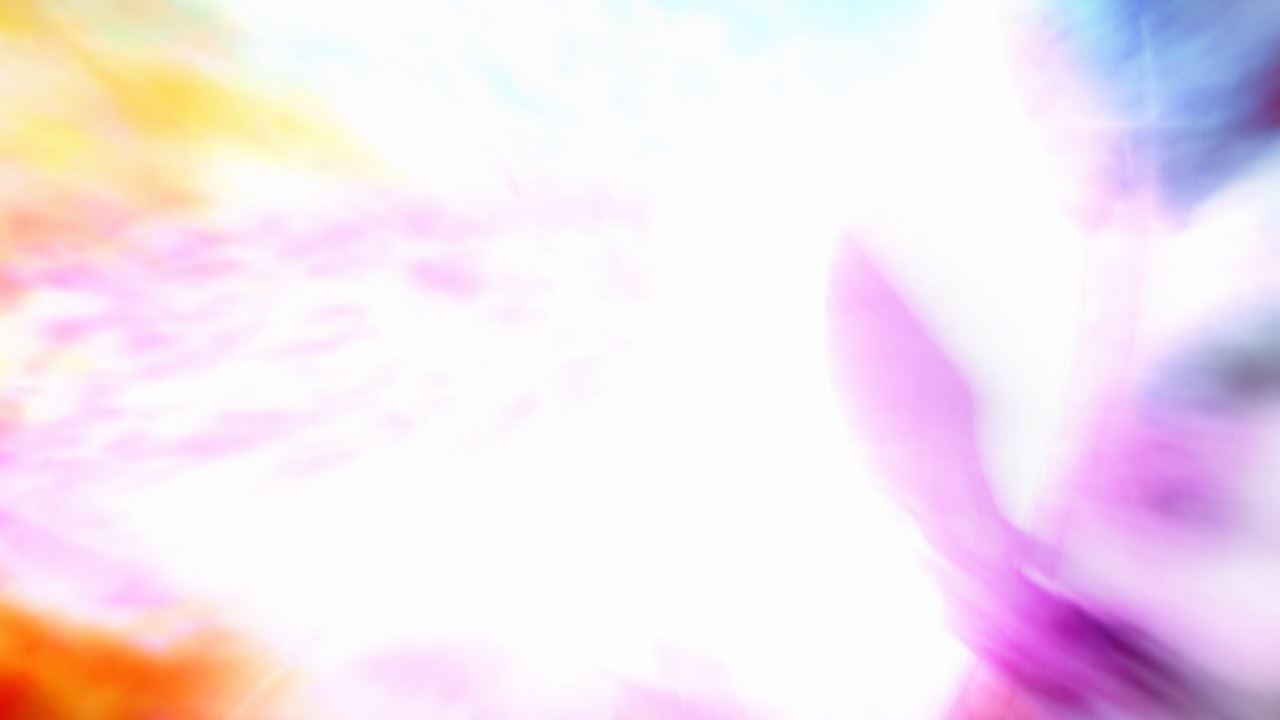 Anyways, the battle between two fortresses has begun where the Imperial soldiers aboard the Geiersburg Fortress will reclaim their old fortress from the Alliance. Of course, it won’t be easy reclaiming the corridor.

With that said, I’ll see you next time as there’s three more episodes to go!