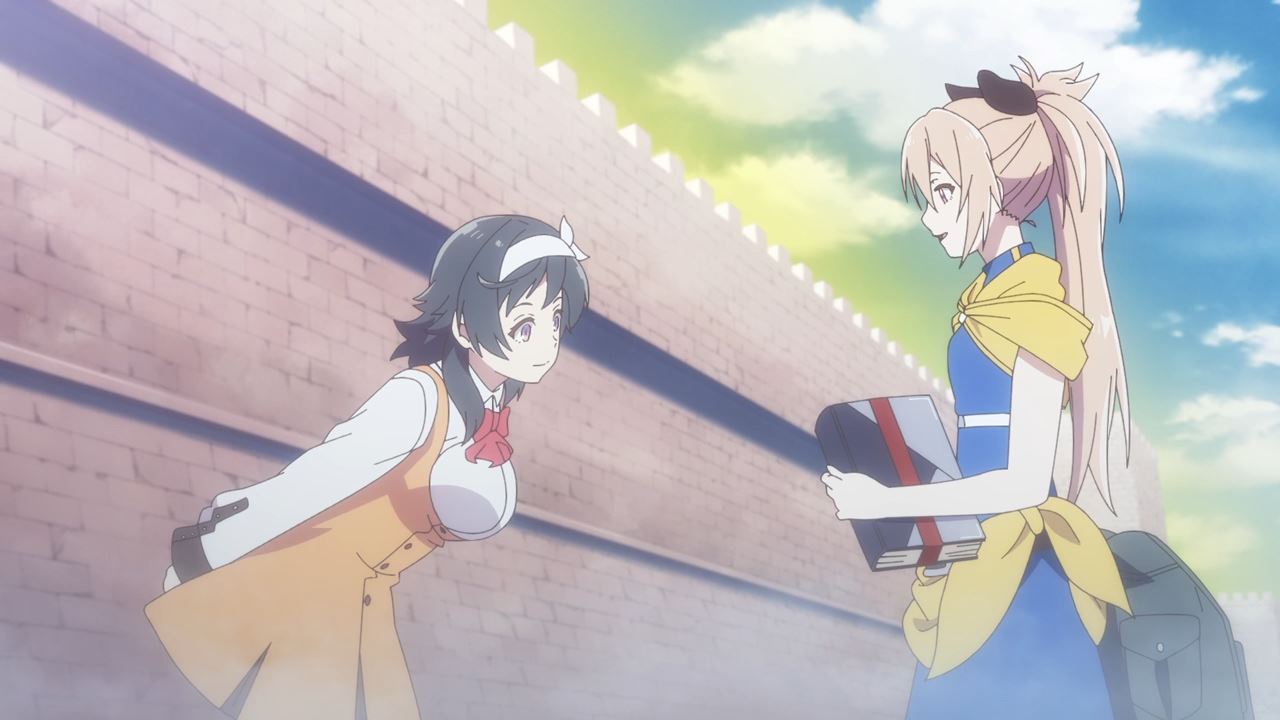 Well everyone, looks like Menou will have to find another way to kill Akari Tokito without triggering her Pure Concept of Time as she got her replacement scripture after her battle against Archbishop Orwell.

And speaking of Akari, she’s still jolly as ever despite the fact that she possesses one of the most broken powers in this show. 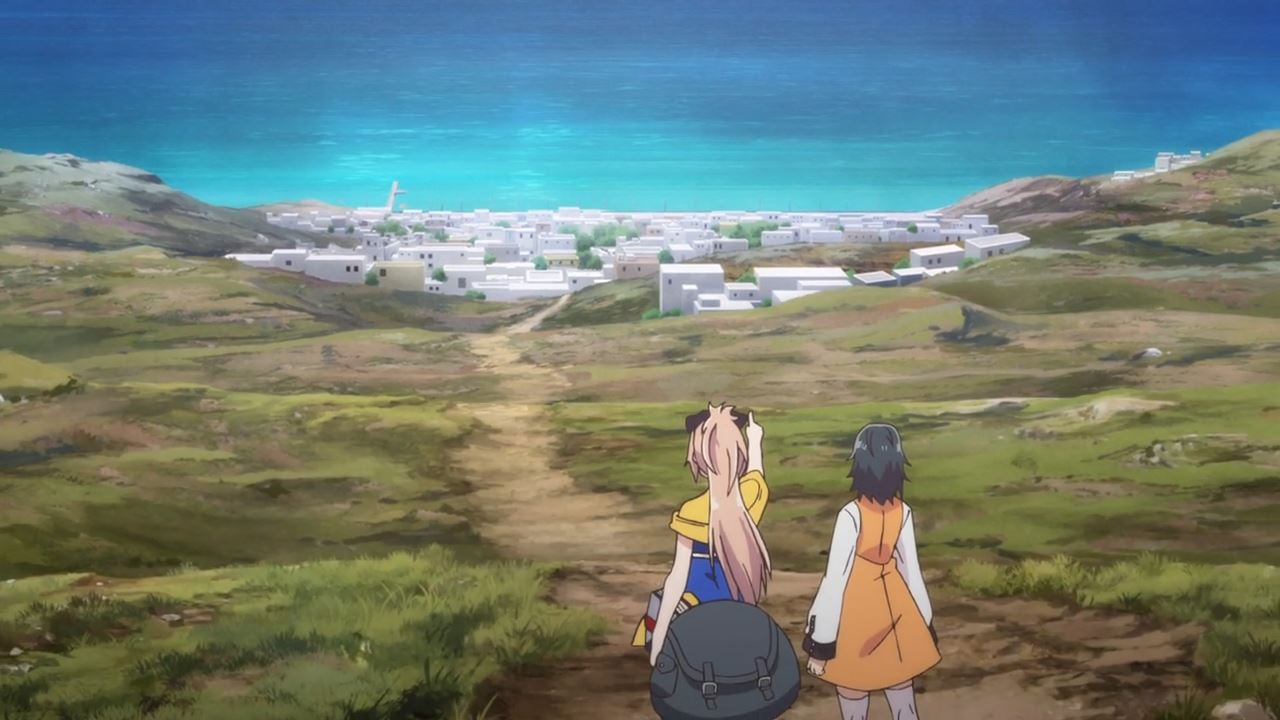 Anyways, they’re gonna travel to the port city of Libelle where it has some nice hot springs and a picturesque scenery… only to be ruined by a large fog over the ocean. You’ll find out why.

Now then, here’s Momo where she really missed Menou so much after beating the shit out of Orwell’s monsters, although she still hates Akari for hogging the attention.

By the way, Momo could have arrived in Libelle earlier if it wasn’t for Princess Ashuna Grisarika getting in her way. 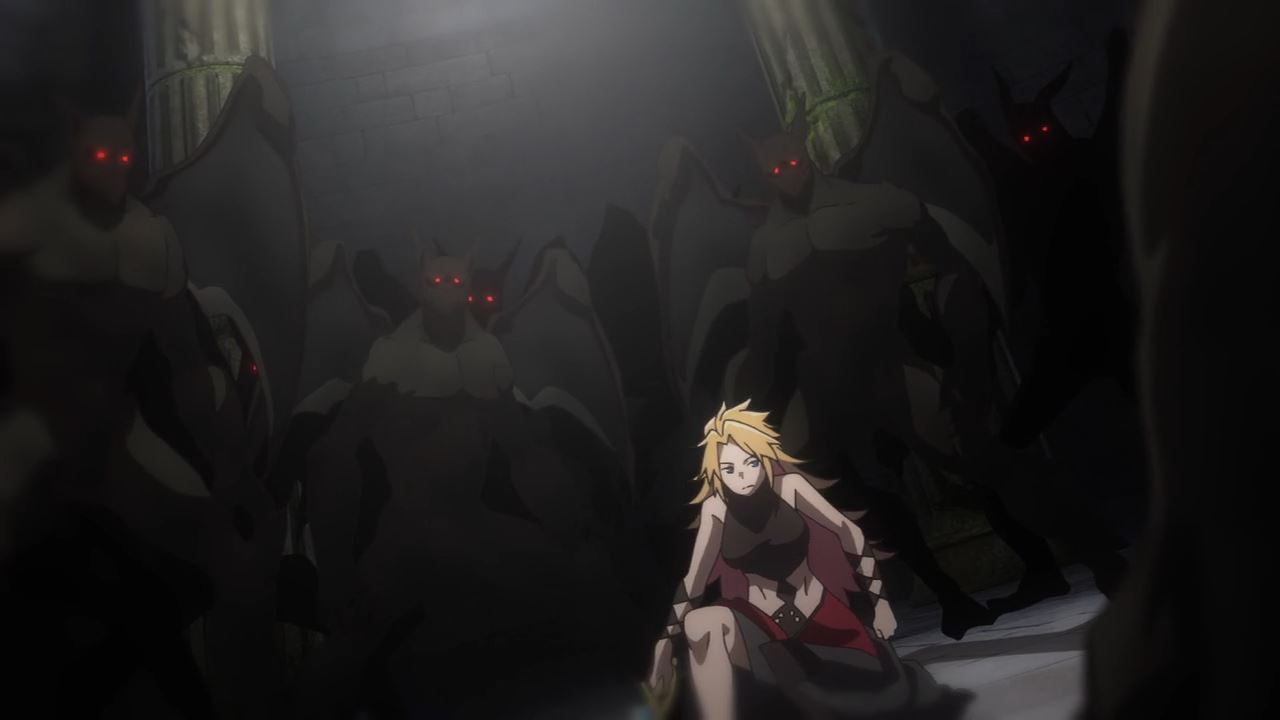 But speaking of the princess, Ashuna is fighting a horde of gargoyles underground with no way out. 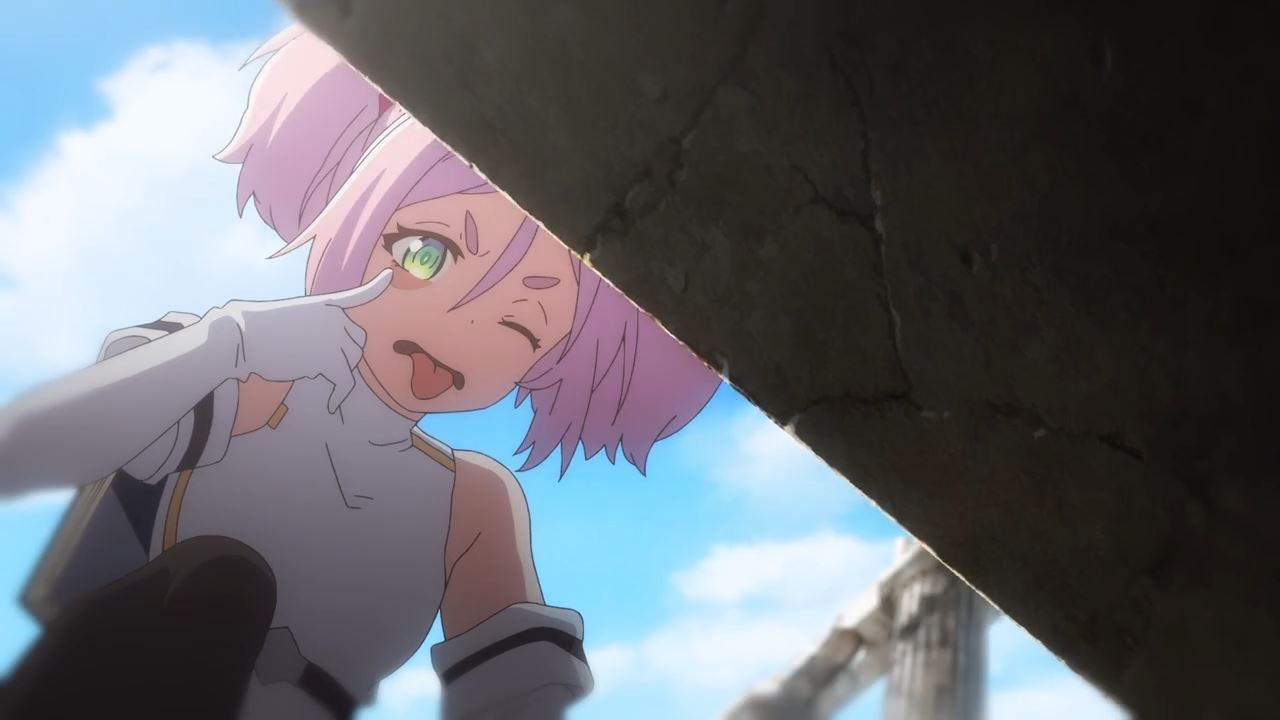 Oh, and Momo pushed the princess to the hole as she wants Ashuna getting chomped by monsters. What a cheeky little executioner!

Still, I don’t think the battle-maniac princess won’t go down easily as Ashuna will obliterate those gargoyles without breaking a sweat. 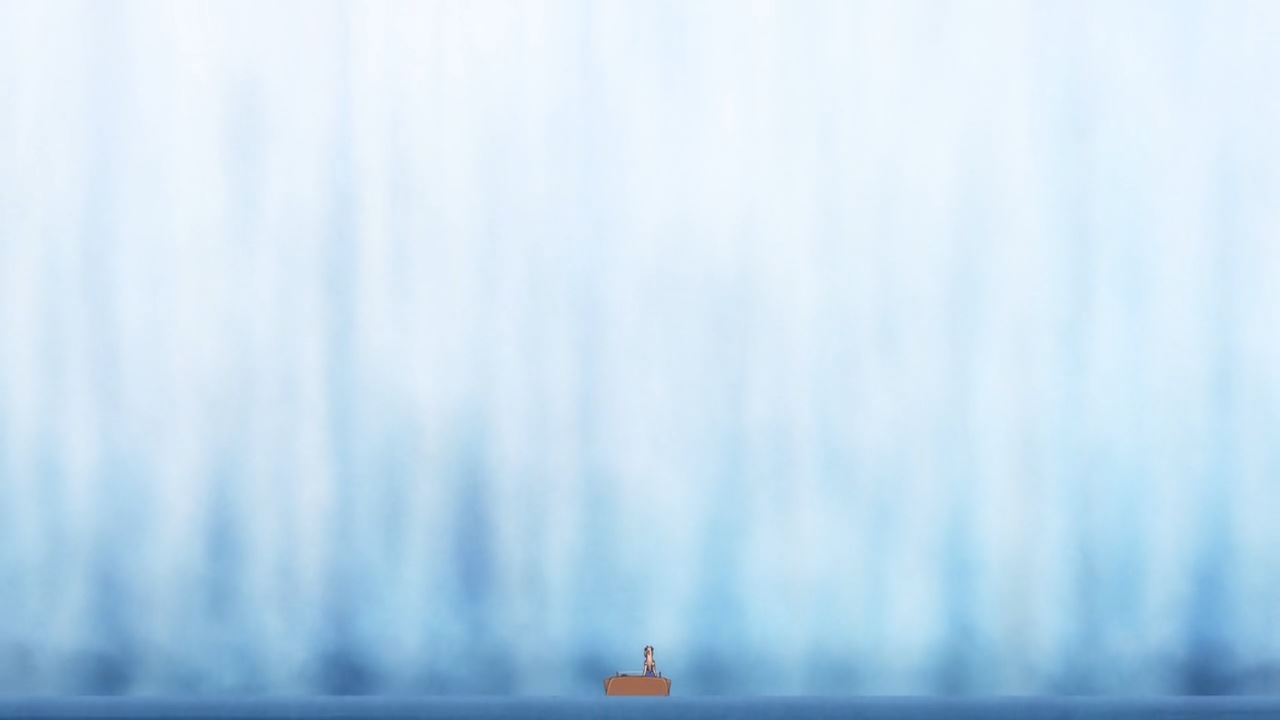 Now let’s return to Menou where she and Akari Tokito went to the large fog that ruined Libelle’s oceanic scenery.

And here’s the story behind this fog as it was created by a Human Error called Pandemonium where no ordinary human won’t get out alive after entering it. Well then, looks like they need to turn back. 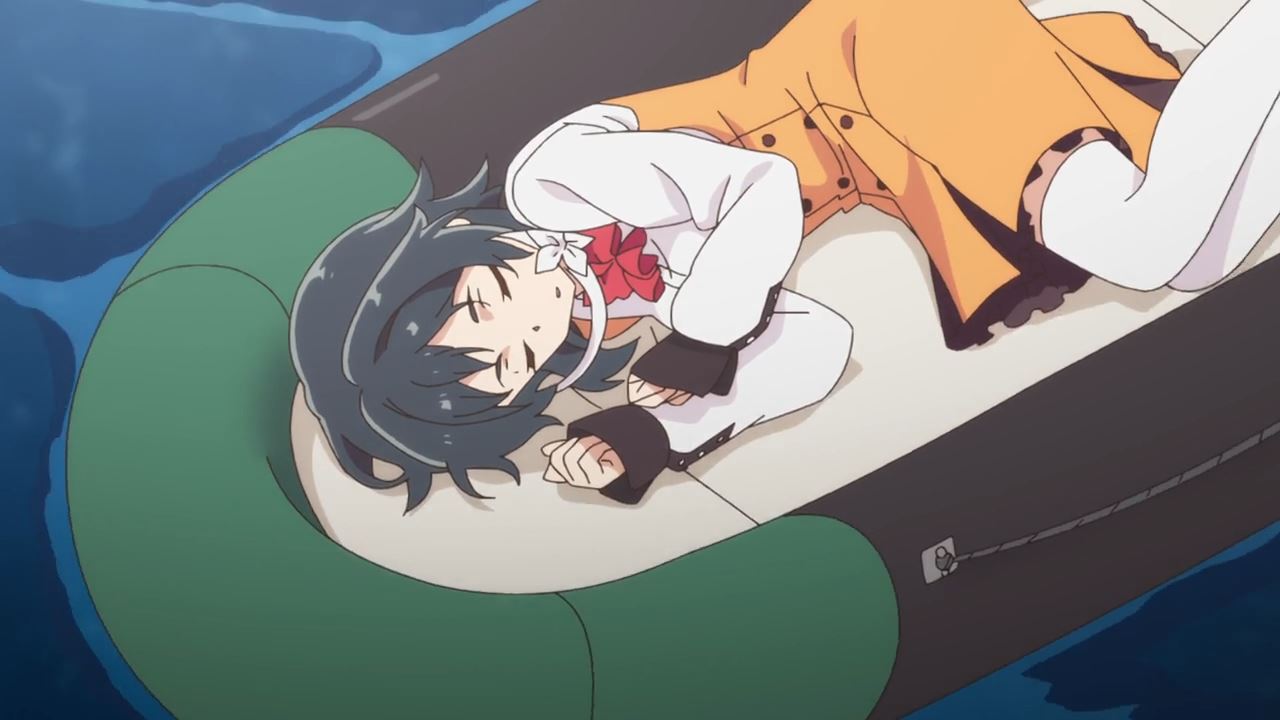 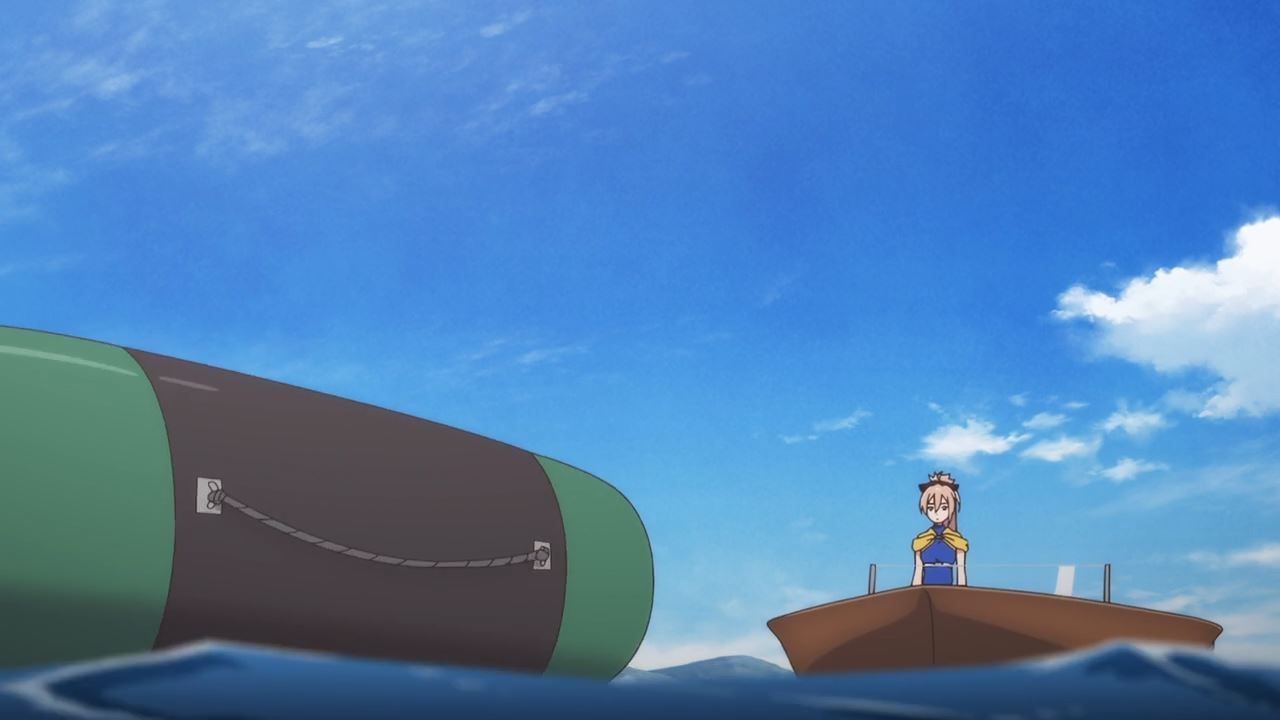 However, Menou has other plans where she put Akari to sleep and push her away towards the fog in hopes on killing her. 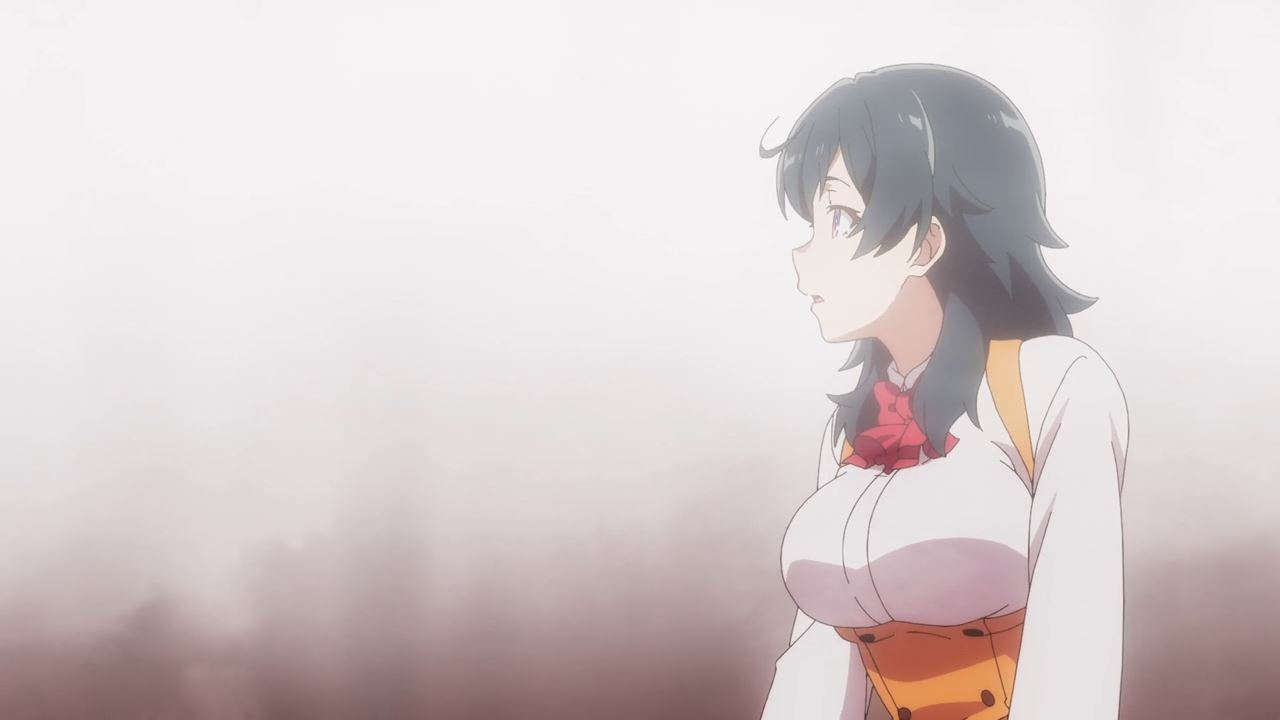 But here’s Akari where her Pure Concept of Time just kicked in as she knows the situation very well. Not surprising since she went to various timelines before moving onto the current one. 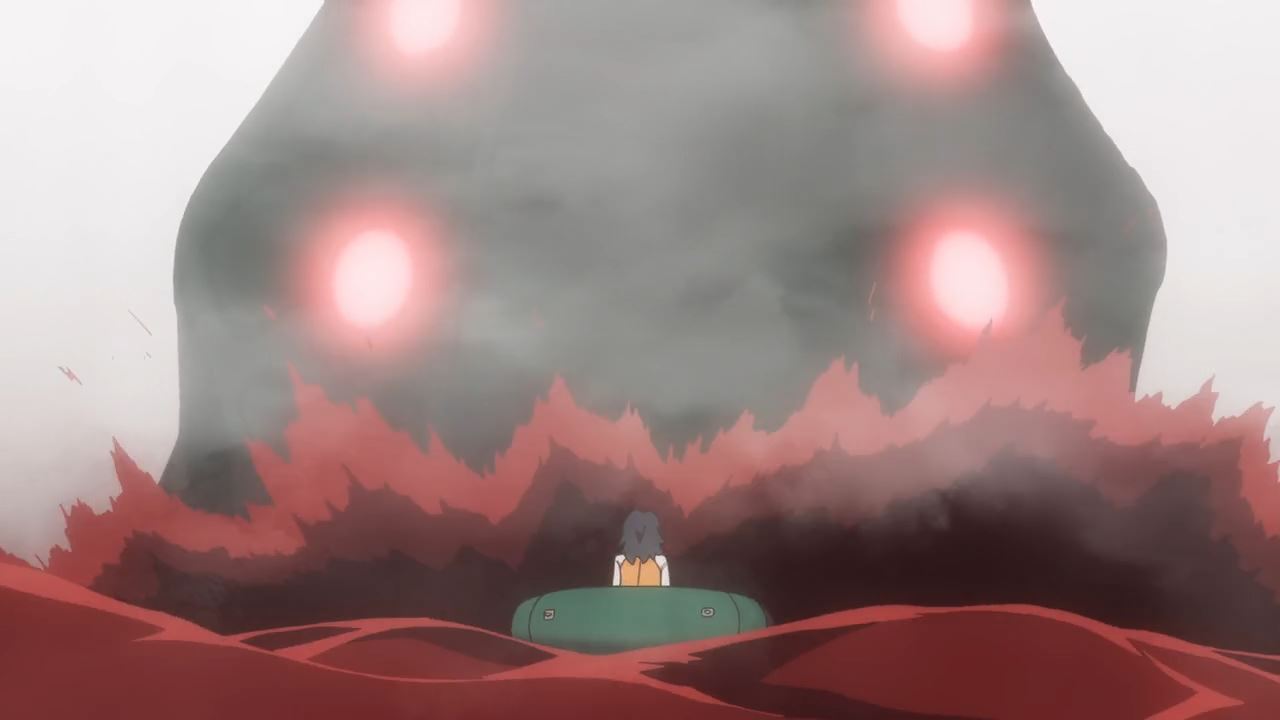 Unfortunately, Akari didn’t expect this monster to appear where she’ll experience a “Oh, I’m die. Thank you forever!” moment right there. Well, looks like Akari Tokito will get eaten for sure. 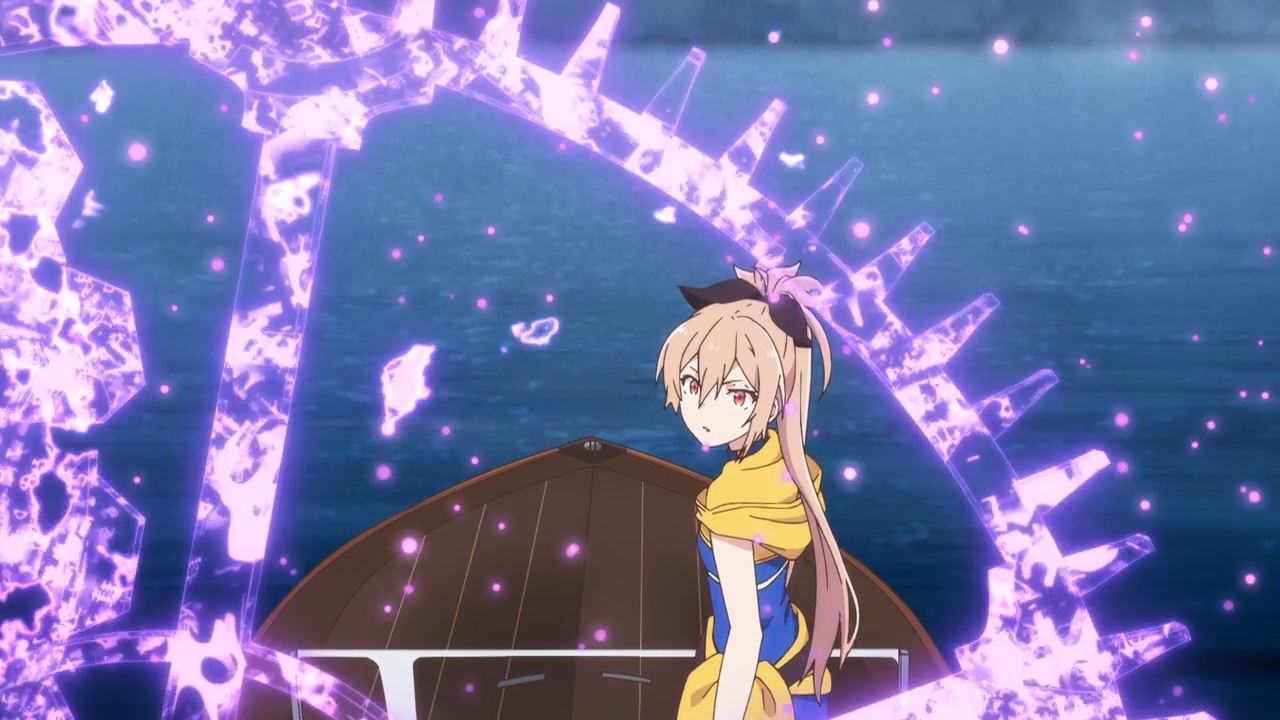 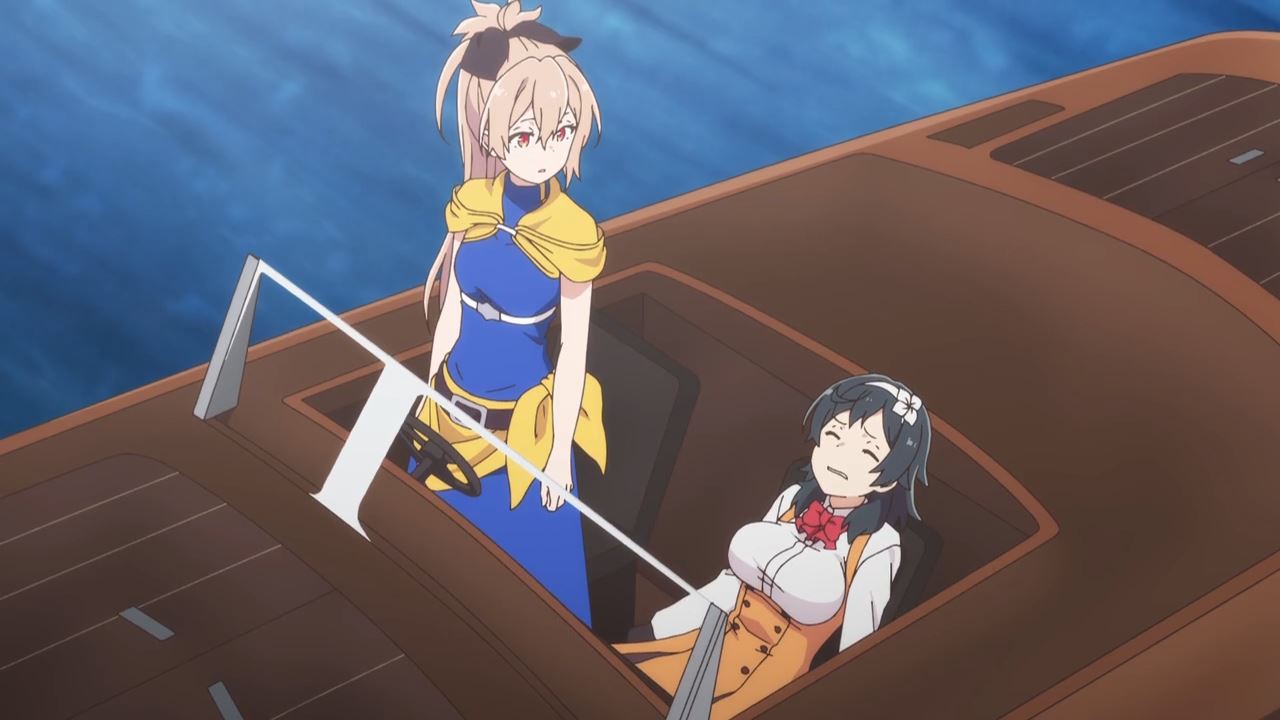 Except that her Pure Concept just negates her death where it rewinds back time until Akari returns from her seat. Even she doesn’t remember what happened.

Gotta say that Akari Tokito’s subconsciousness knows every possible timeline while the current one remained oblivious to everything. Thus, Menou will have to find another way to kill Akari as pushing her to the Pandemonium fog didn’t work out. 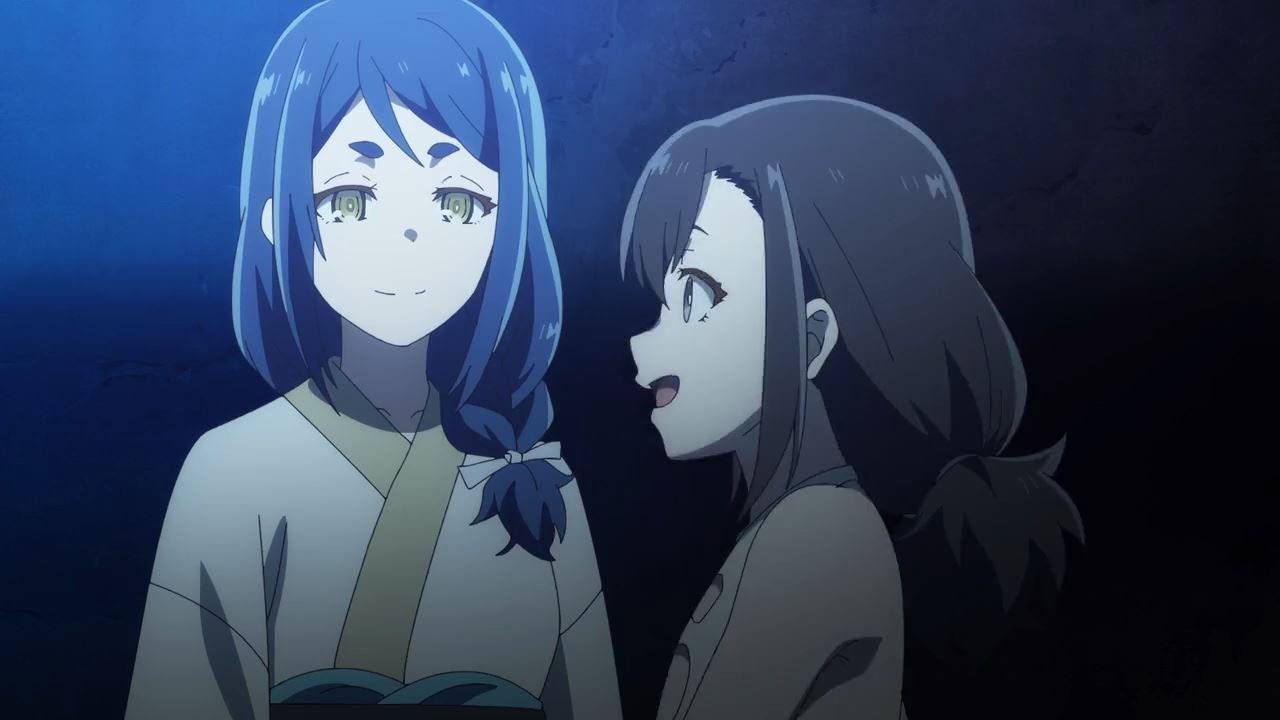 Now then, let’s end this episode where I introduce you to Manon Libelle where the lord’s daughter is taking a little girl somewhere. Oh I’m curious where she’s leading that girl to- 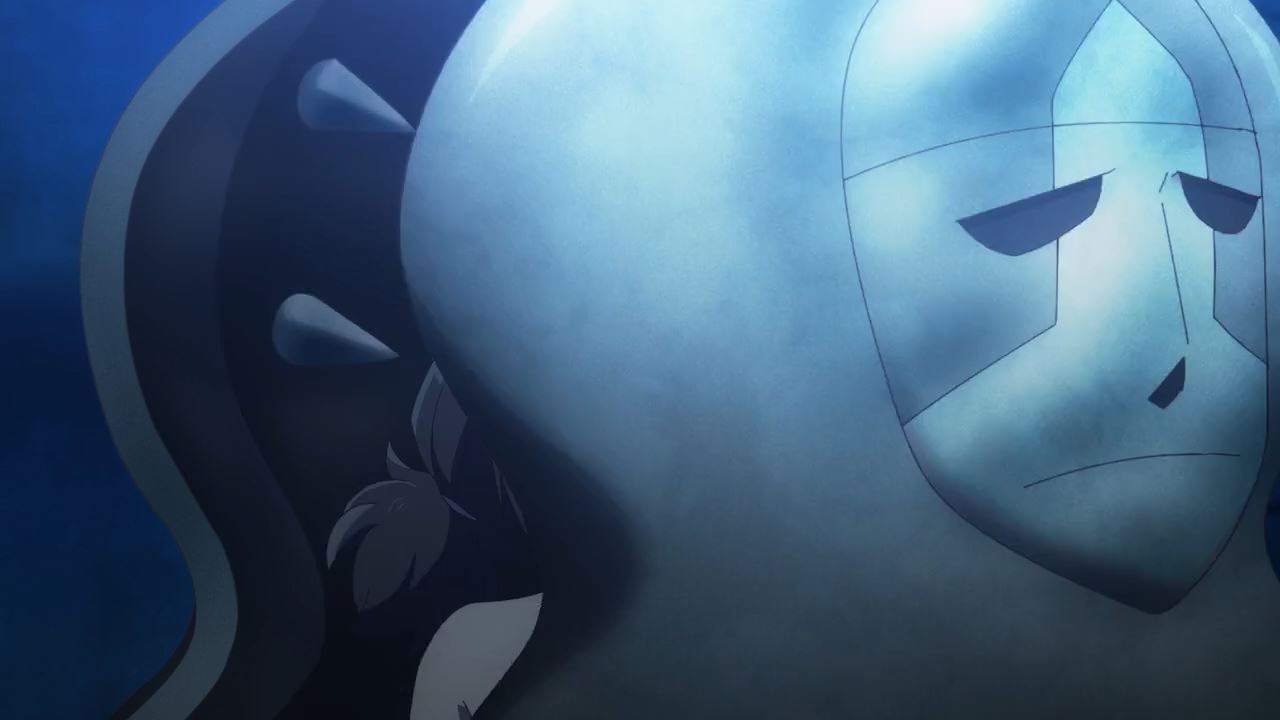 You know what, I curious about Manon Libelle ’cause I bet that she’s really deranged. Anyways, I’ll see you next time!