Here is Smiley, the leader of the cult-like group called the Educational Institute where he penetrates young girls with his retractable penis, leaving them to die.

Honestly, I really want him dead because Smiley is nothing more than Artemis’ sexual deviant. 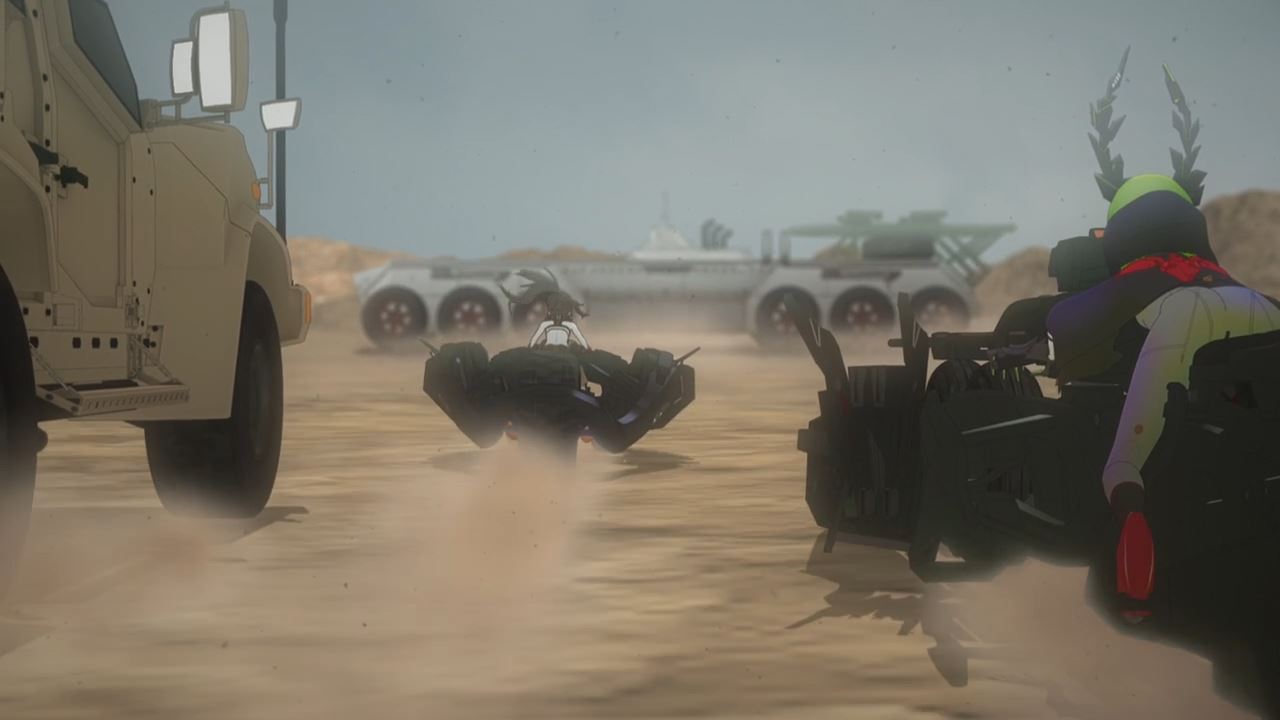 Anyways, it’s time to raid the Educational Institute as Black Rock Shooter and the Peacebuilding Corps are gonna storm the mobile fortress and destroy Smiley’s cult once and for all. 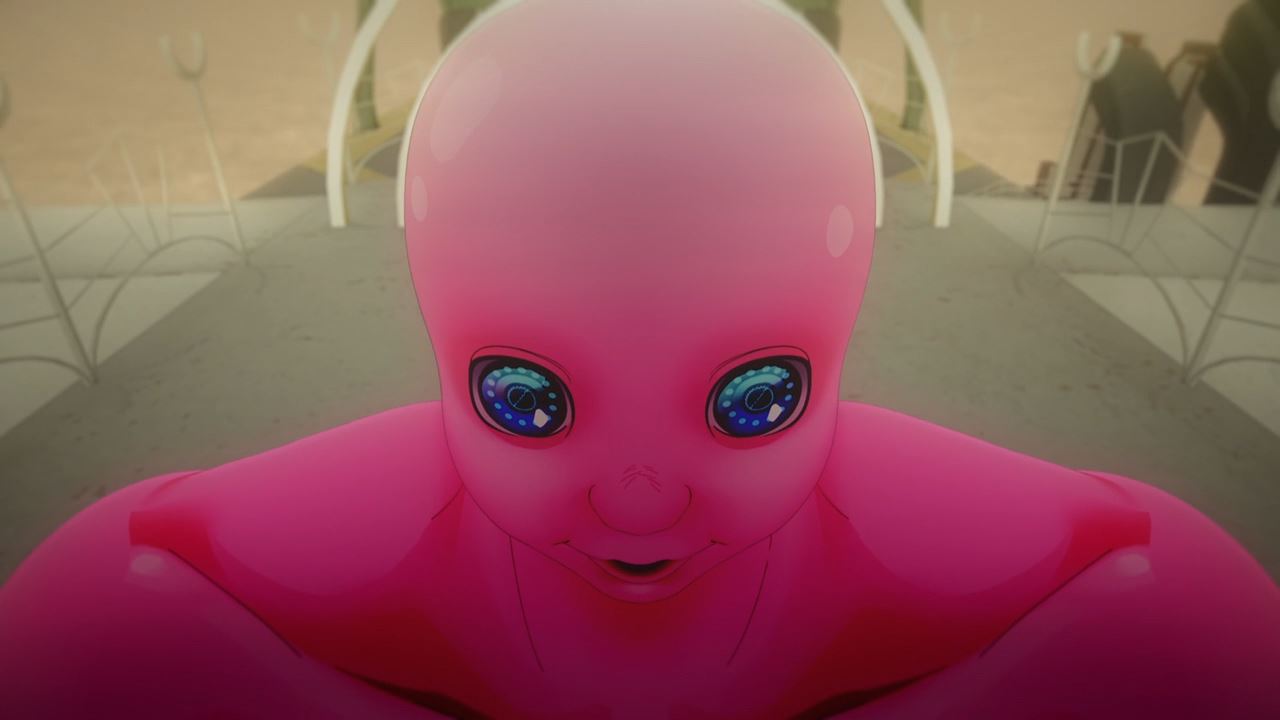 But speaking of Smiley, he won’t go down without a fight as he transforms from a male mannequin figure into a brute with a giant baby head. It’s really terrifying if you ask me! 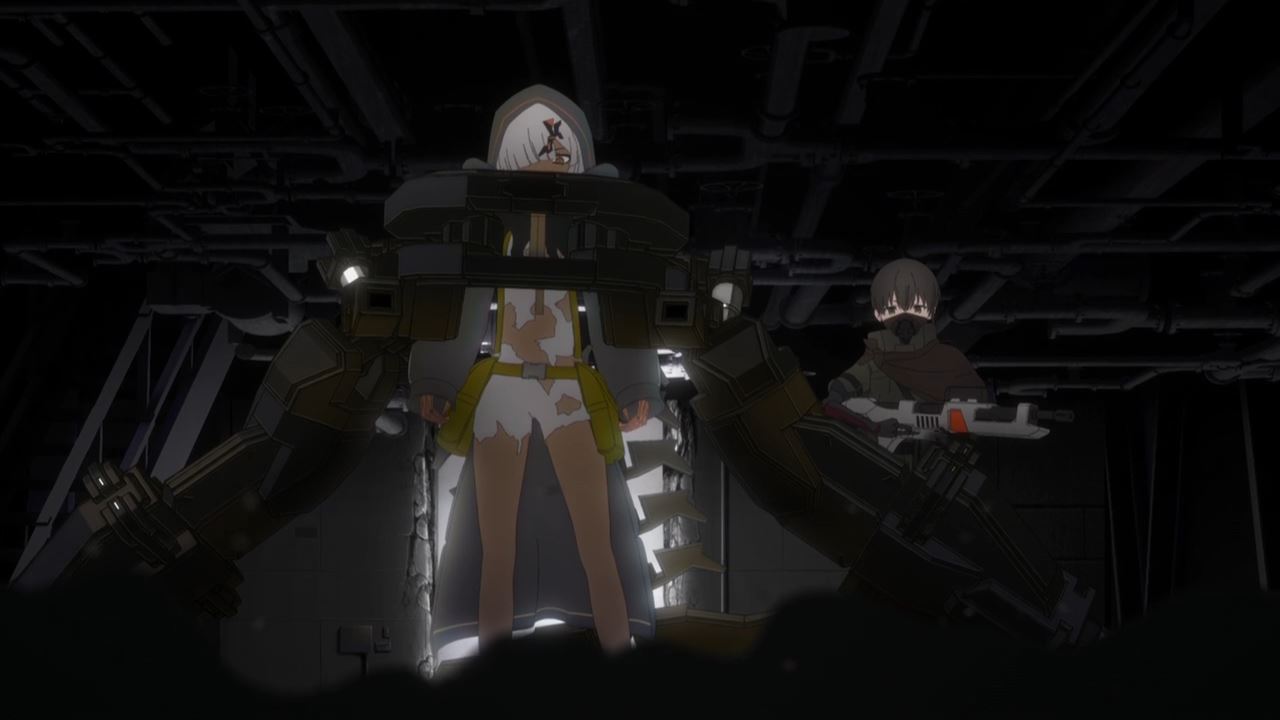 Now then, looks like Norito and Strength went inside the Educational Institute’s mobile, only to find a pile of bodies laying around. 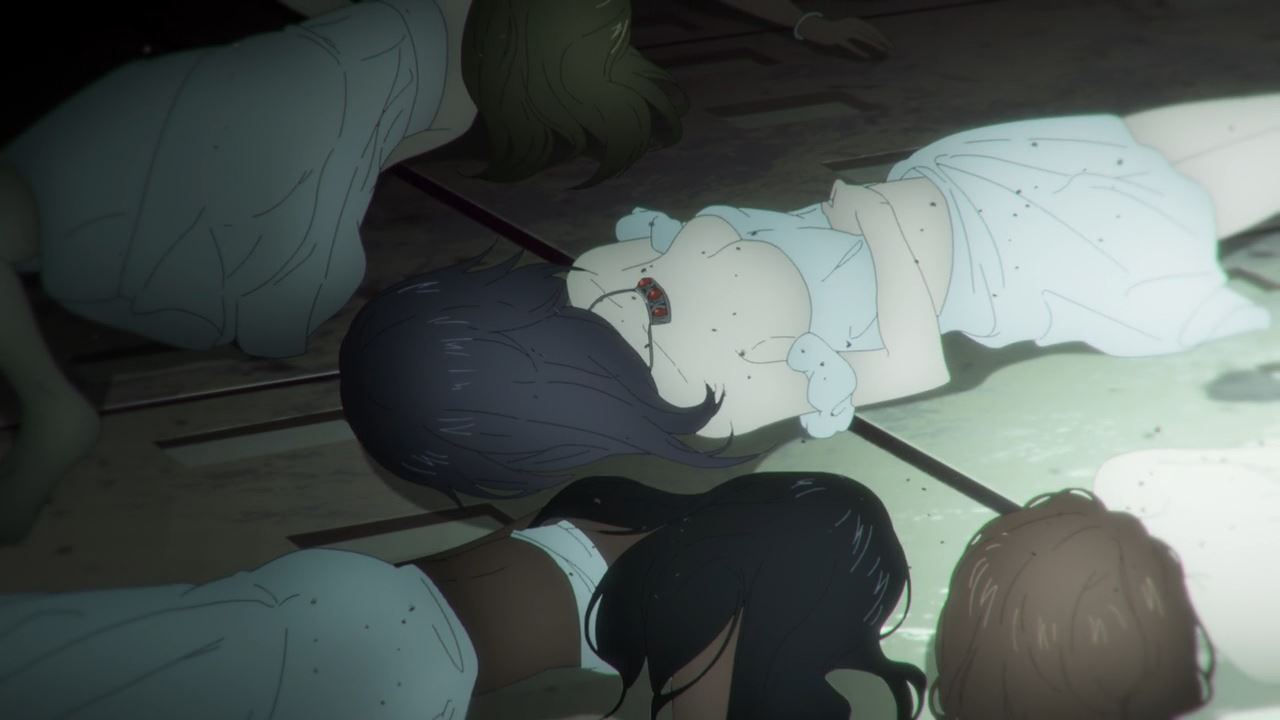 And seriously, it’s really horrible that these girls left to rot after fatally penetrated by Smiley’s penis.

Still, both Norito and Strength couldn’t find Miya’s body as they believe that she’s still alive, although I really doubt it. 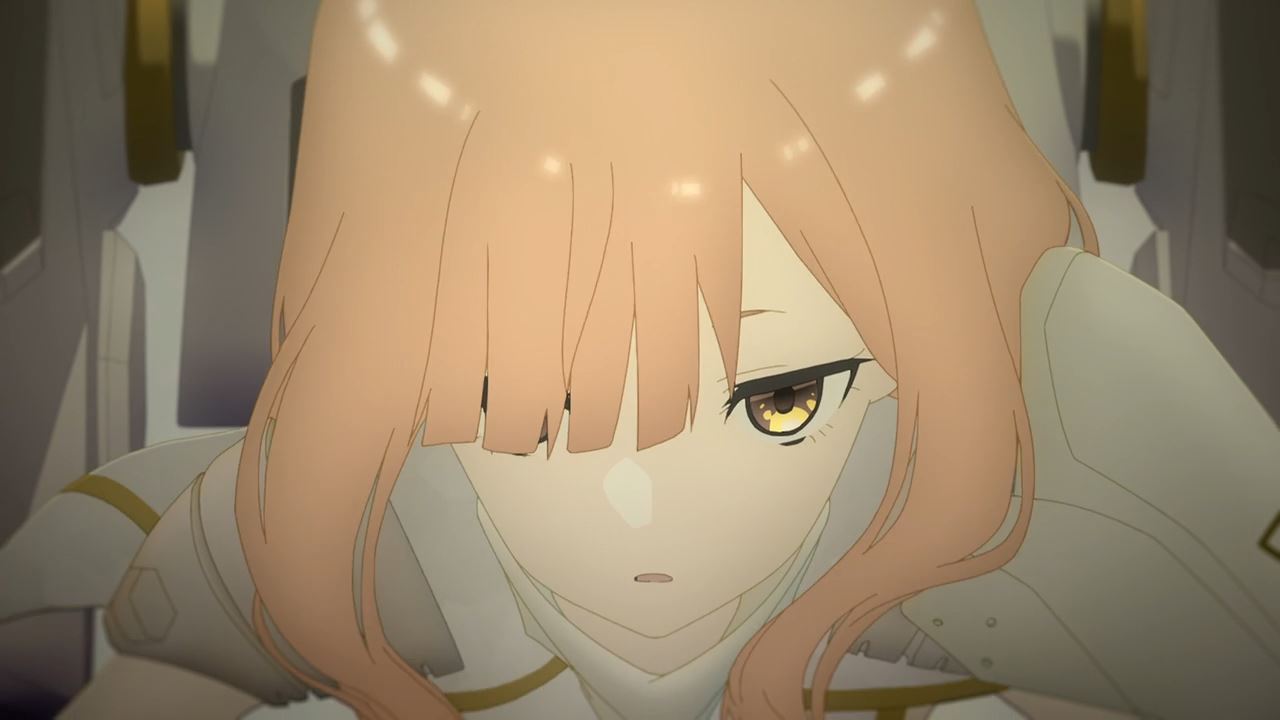 Now let’s move onto Charlotte where she’ll hunt down the Hemiteos Units. Of course, I really wish someone would take her down and snap out of Smiley’s influence. 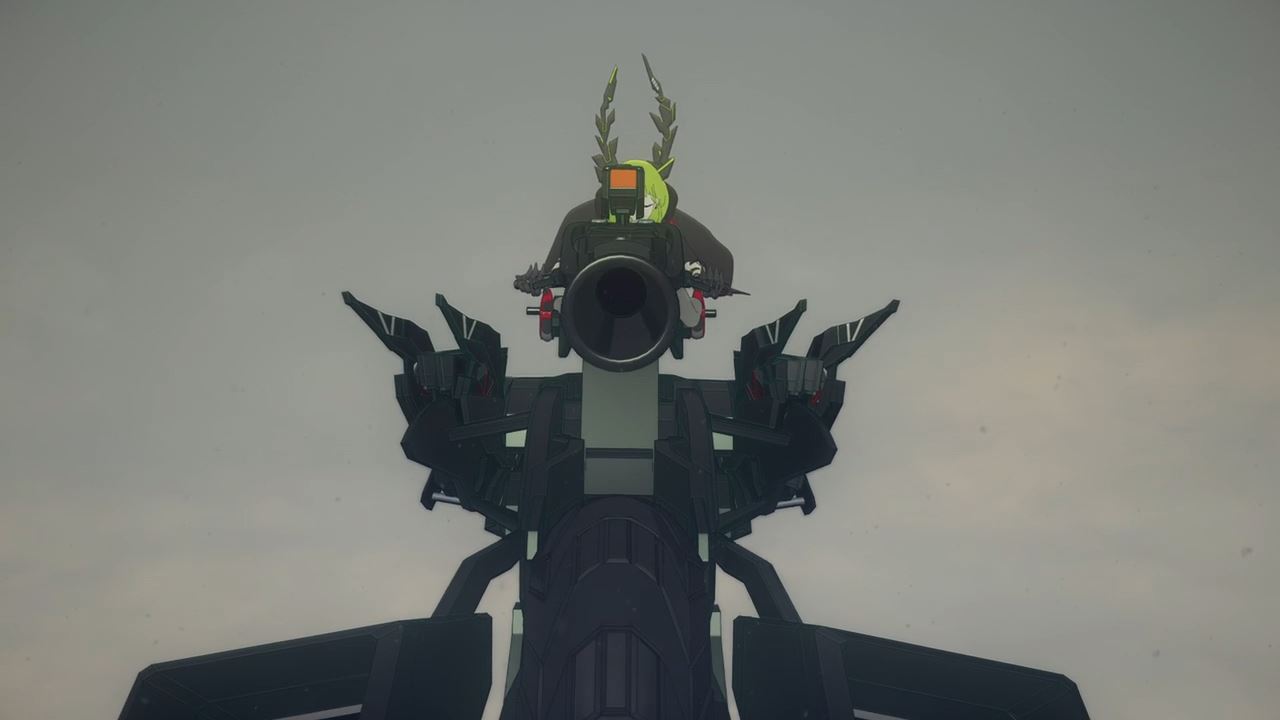 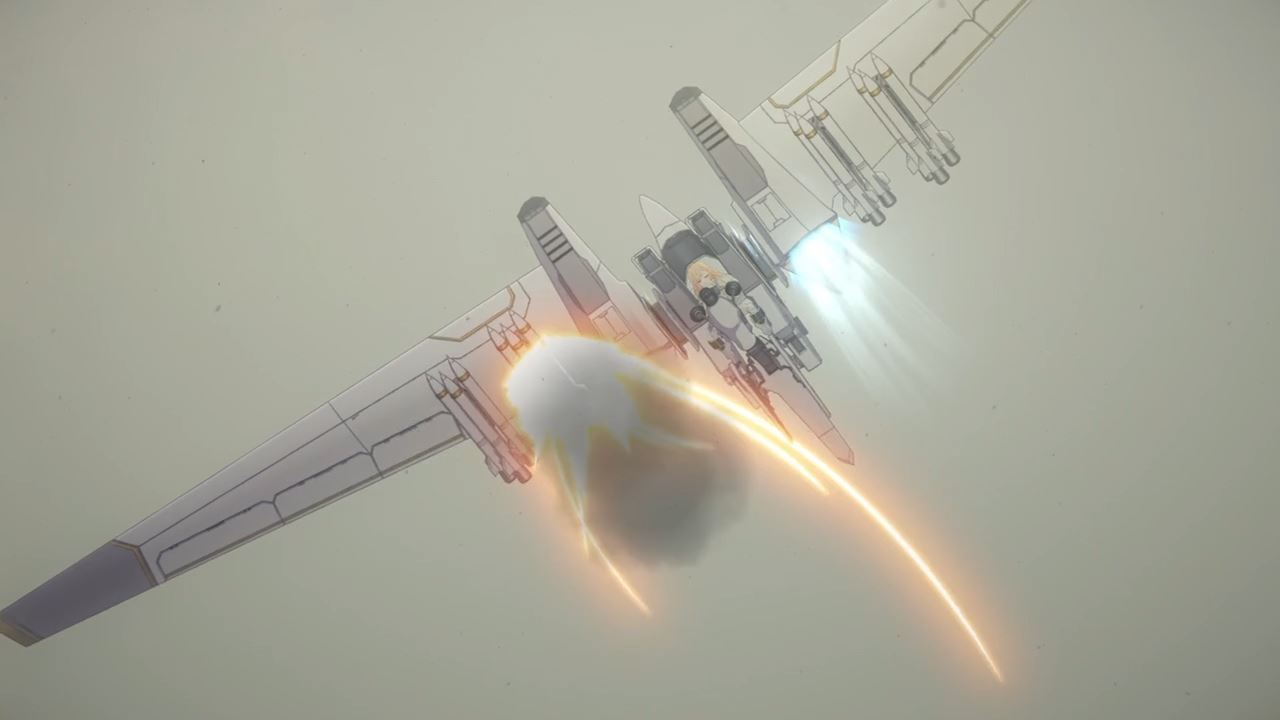 Take Dead Master for example where she wanted to pay Charlotte back tenfold by shooting down her flight unit. 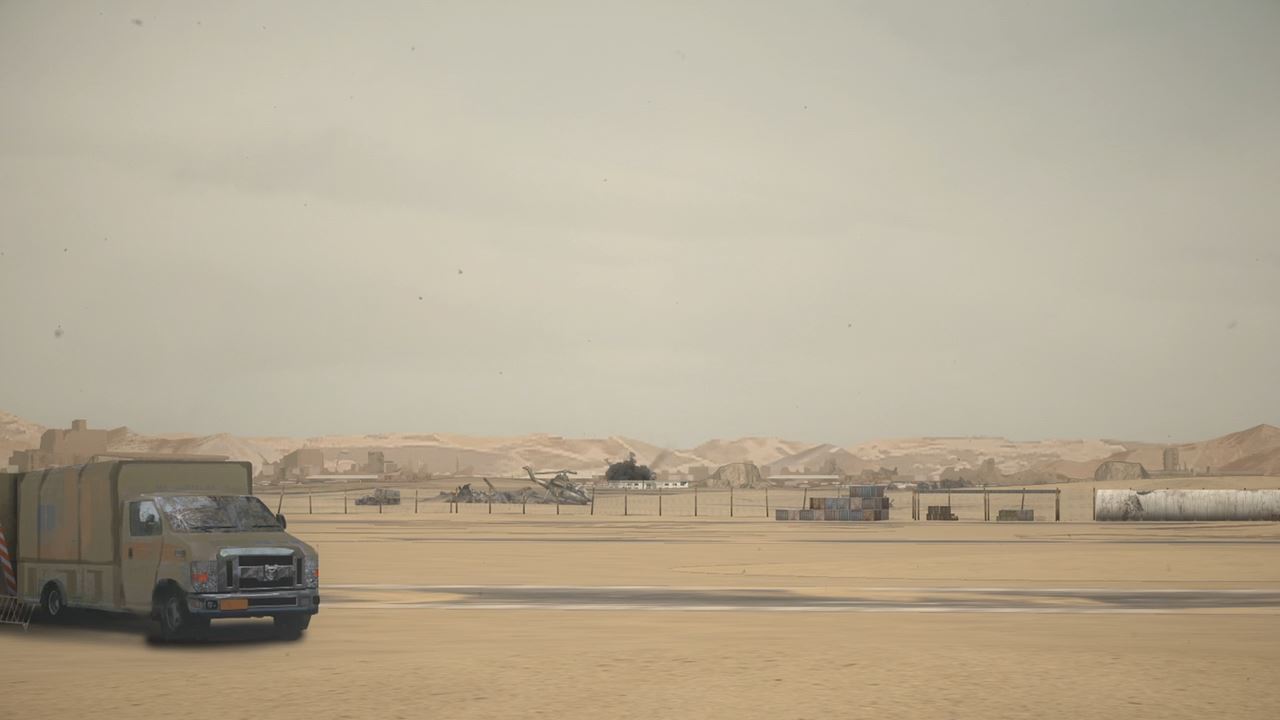 Now, the only thing left to do is to retrieve Charlotte unless she went berserk and kill everybody. 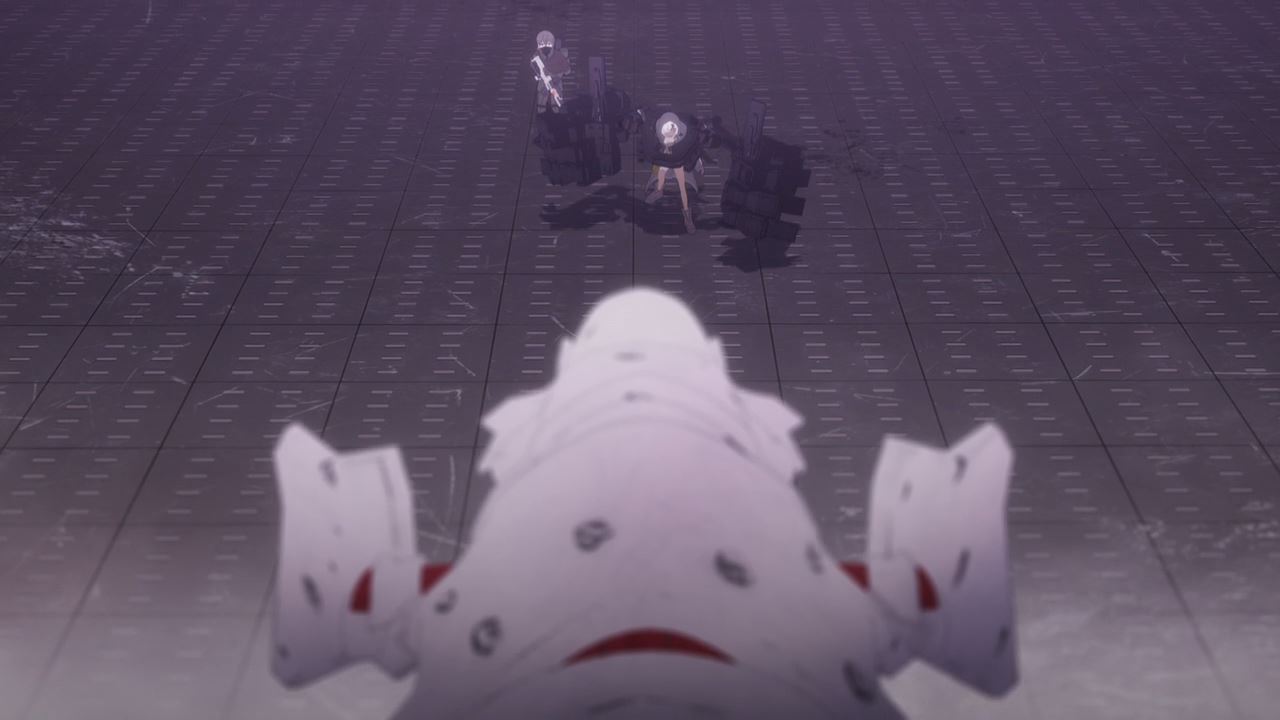 Moving back to Strength where she encountered a familiar enemy. In fact, this one dominated Strength in the previous war and not only that, but also responsible for conducting illegal experiments. 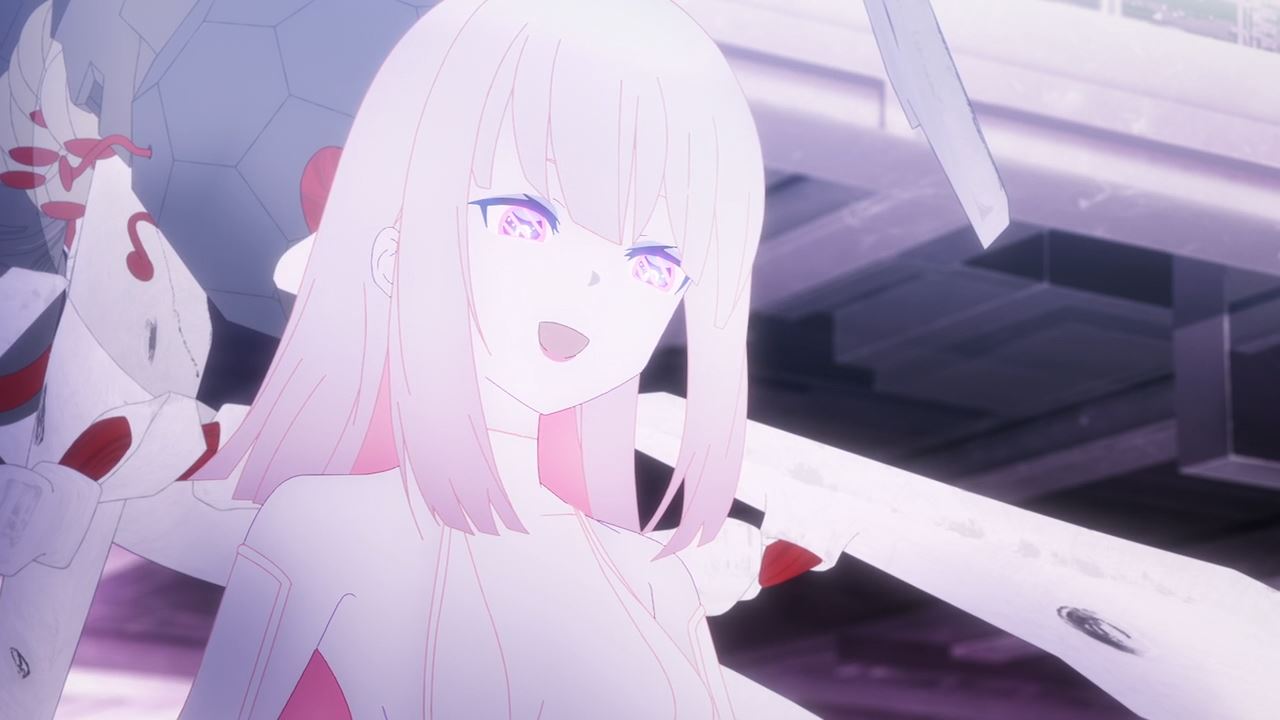 This is Lunatic where she’s delighted to see Strength again as she wants to dismantle her much like last time, although Strength won’t go down without a fight. 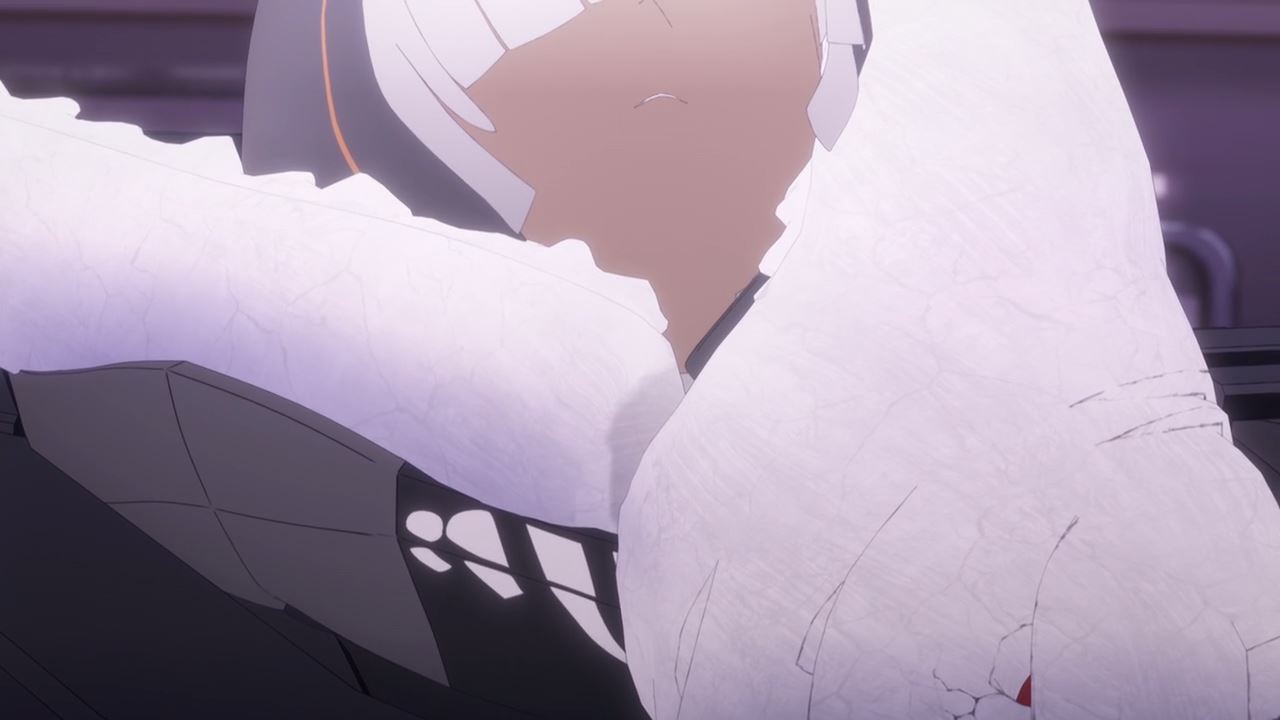 Meanwhile, let’s return to Black Rock Shooter where she’s being clobbered by Smiley as he transformed into his final form.

Oh yeah, he’s interested in taking the Empress as his wife. At this point, Black Rock Shooter is gonna lose! 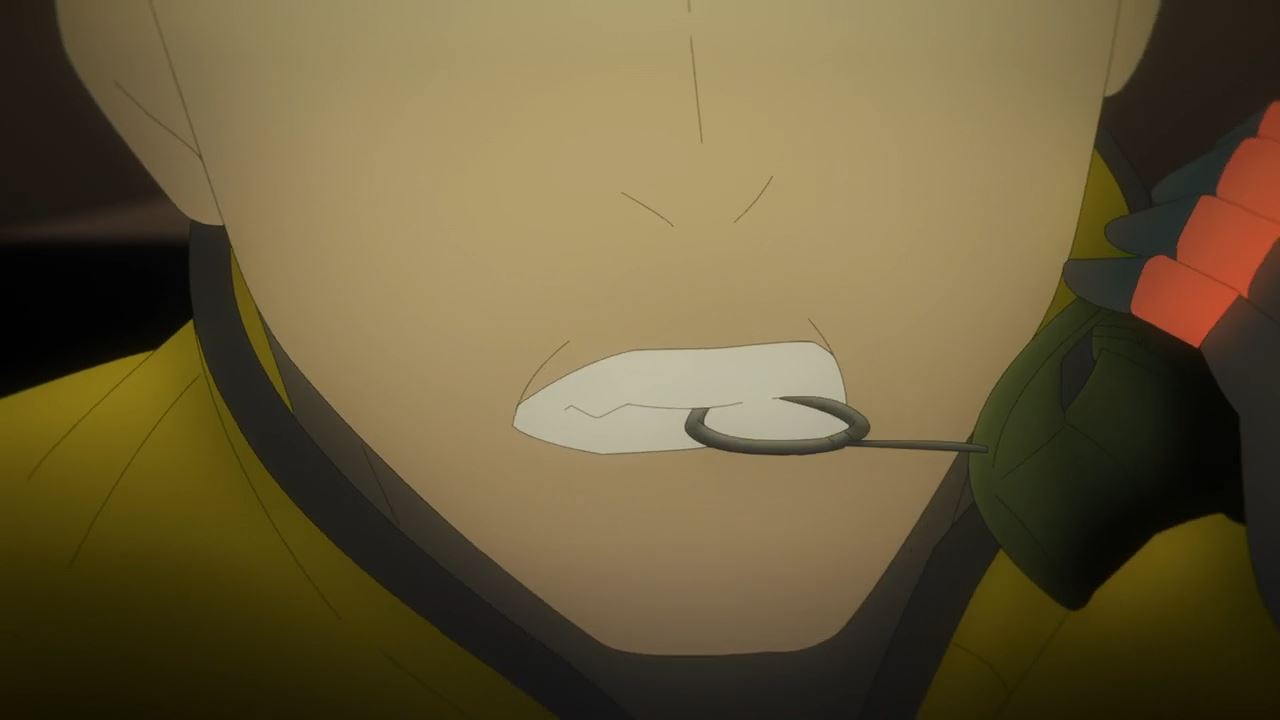 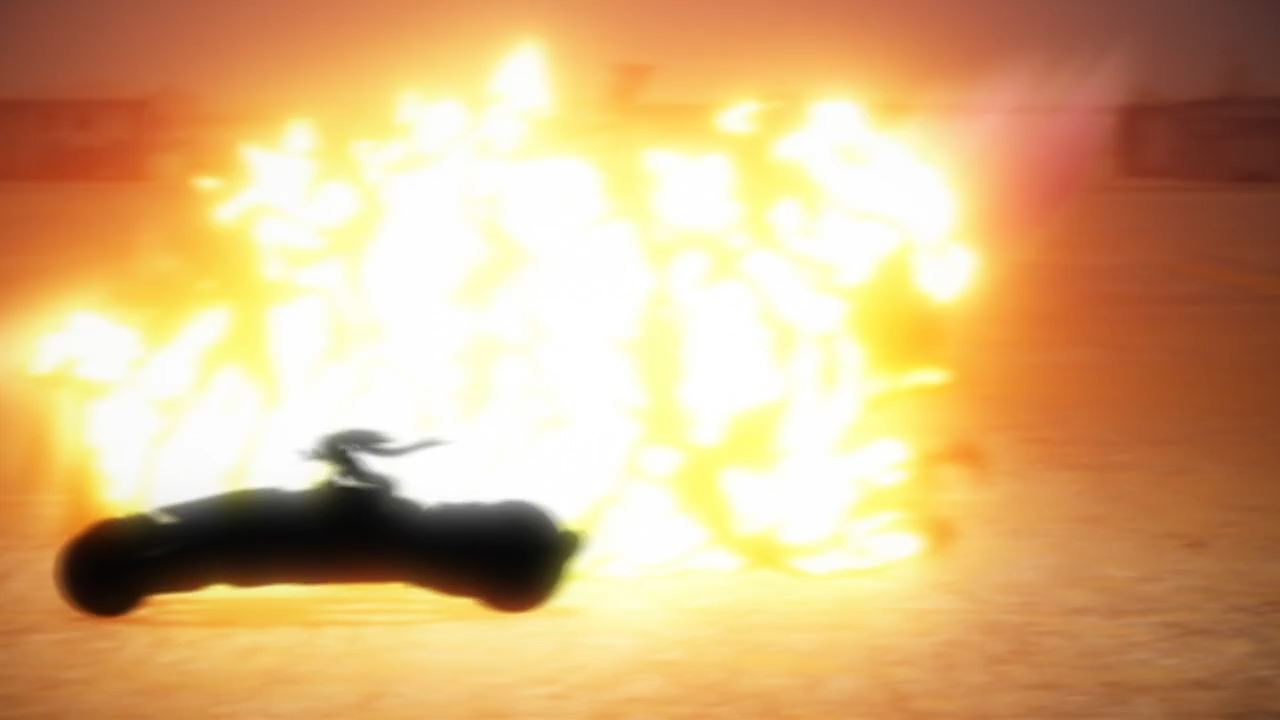 That’s until Volt intervenes where he pull the pin from the grenade and ram his truck towards Smiley, sacrificing his life to destroy the cult leader.

Unfortunately, Smiley proved to be indestructible as a mere explosion didn’t faze him. 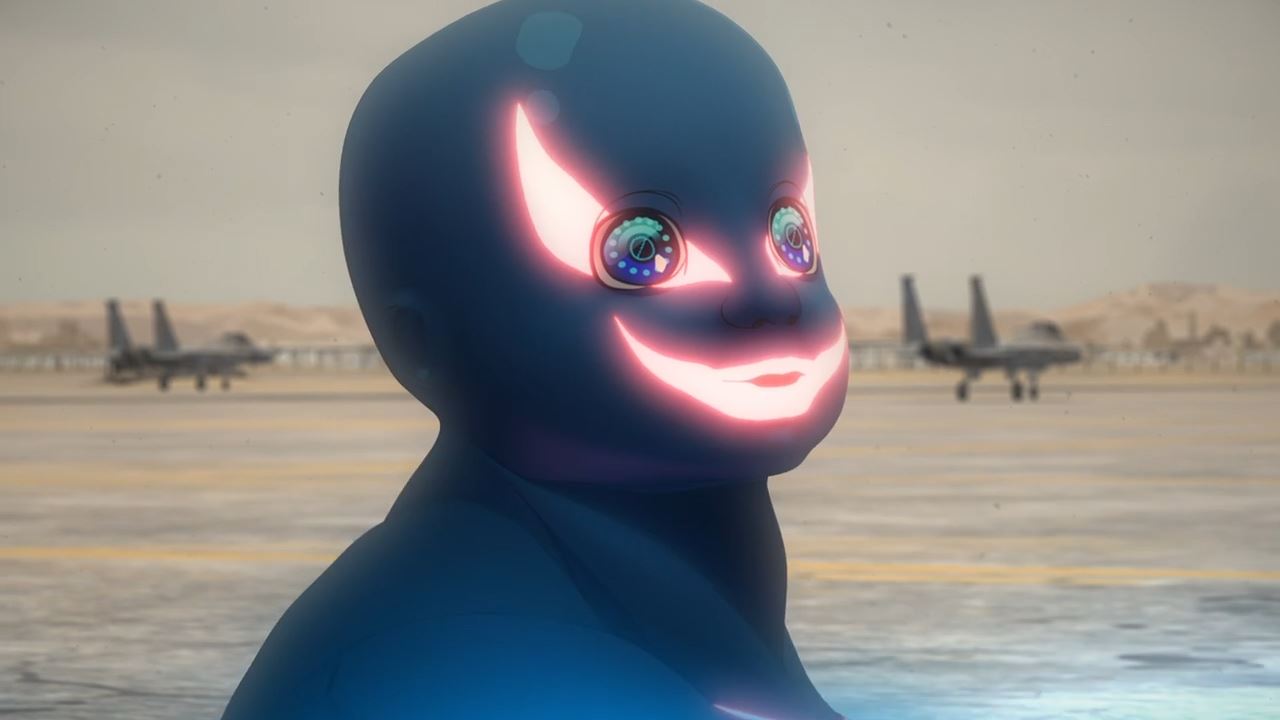 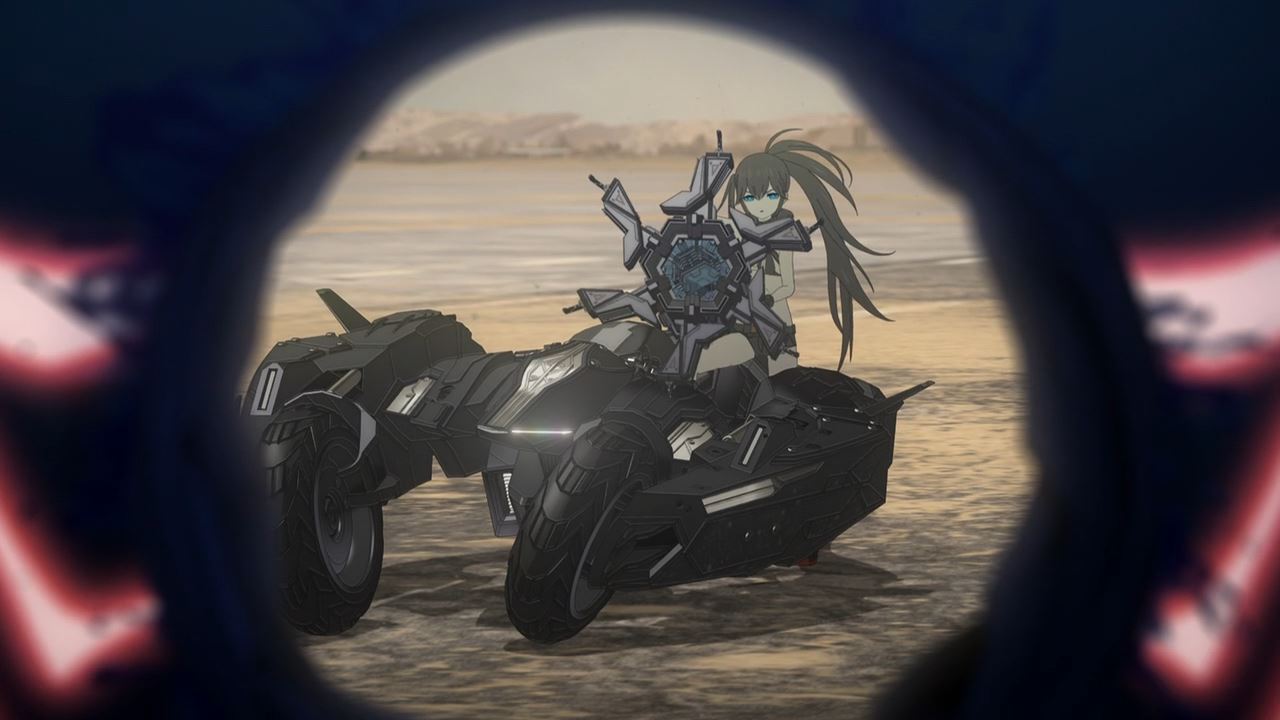 On second thought, the Empress fired her beam cannon to create a large gaping hole at Smiley’s chest, thus the leader of the Educational Institute is finally killed in battle.

Now, it would be poetic if Black Rock Shooter fired her cannon towards Smiley’s crotch, but I’m glad that the cult leader (and Artemis’ sleazy apostle) is dead. 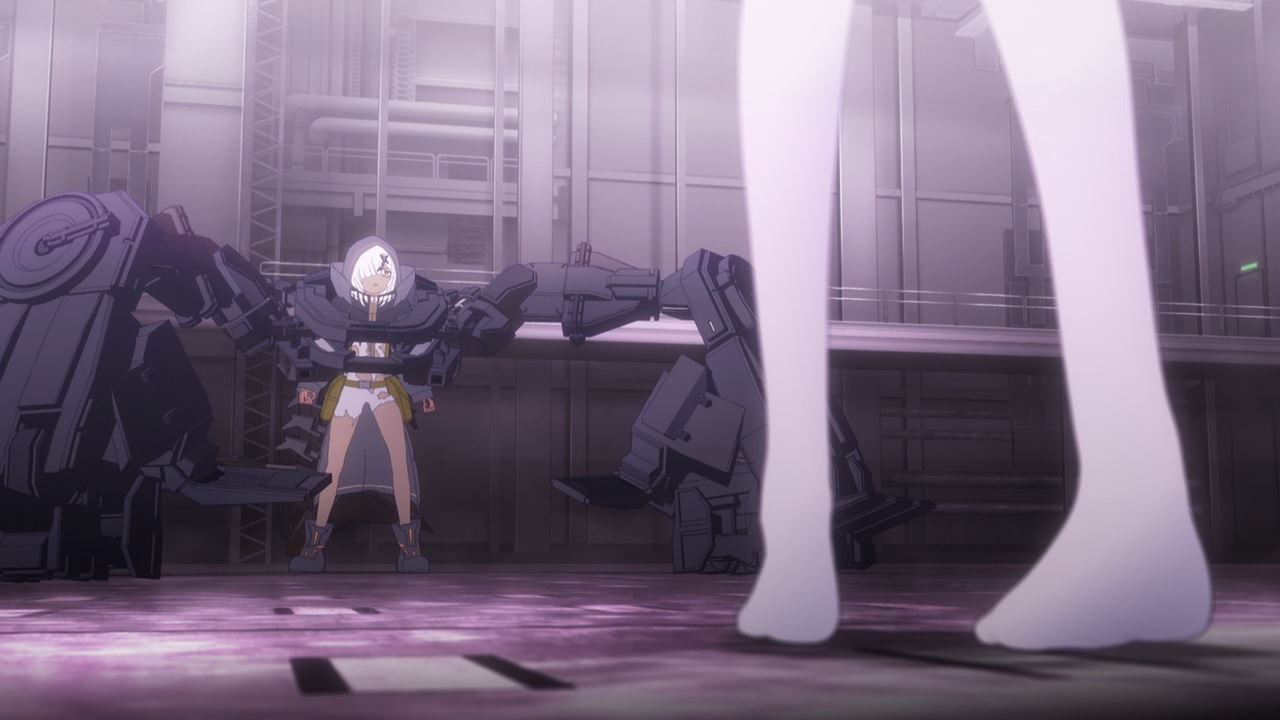 Meanwhile, it looks like Lunatic has decided to spare Strength now that Smiley is defeated in battle. 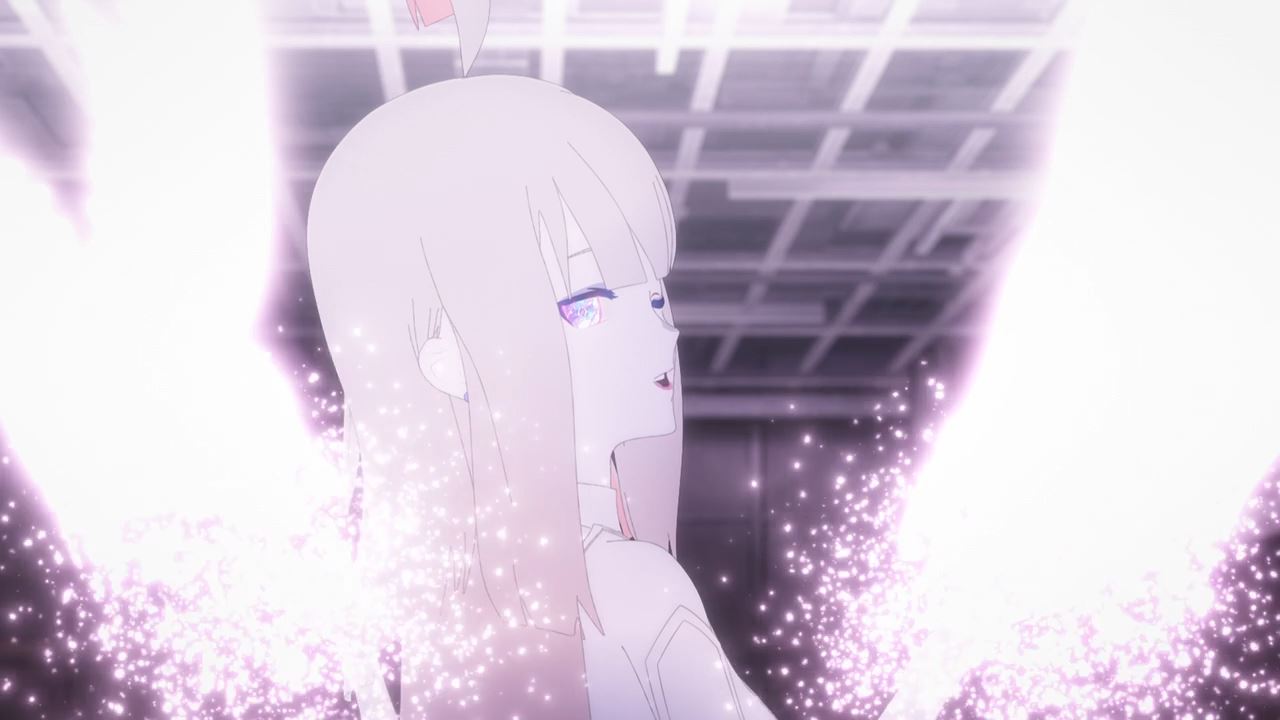 And one more thing, Lunatic told Strength that there’s a survivor where she was tasked by Smiley to modify her in order to carry his child.

But since her boss is defeated, there’s no point in modifying the survivor’s body. I wonder who could that be ’cause I doubt that there’s a survivor? 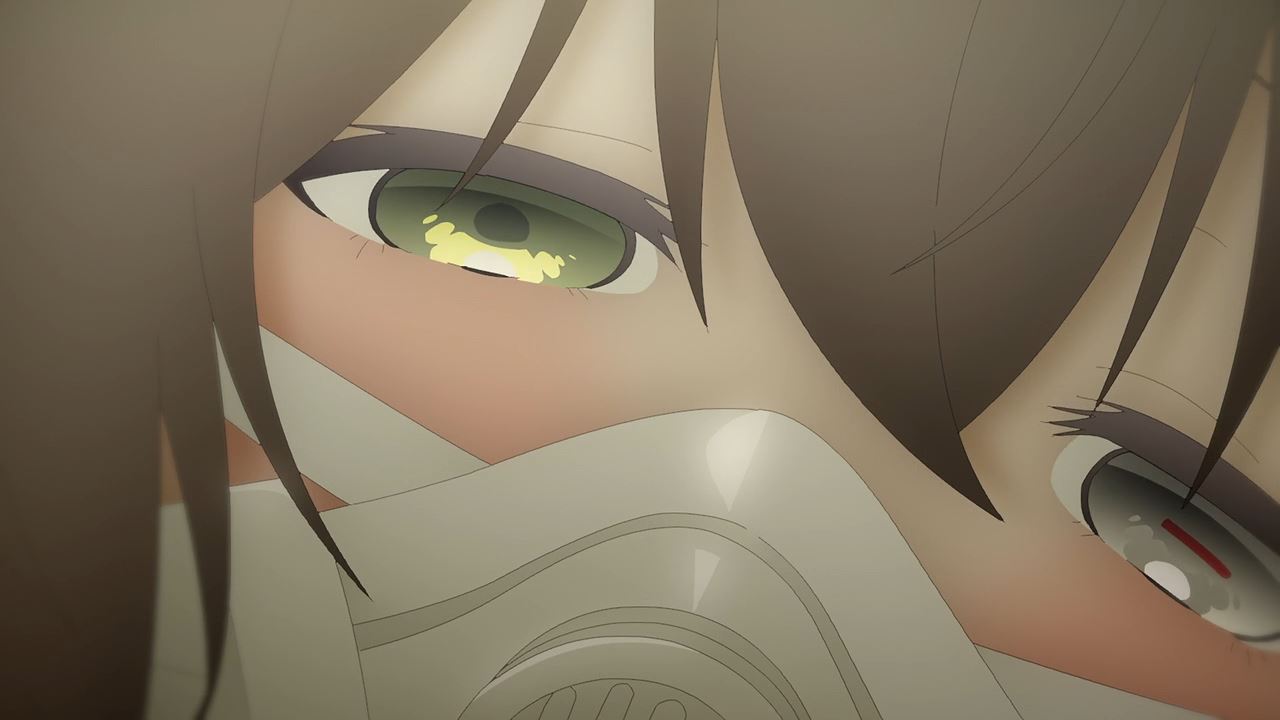 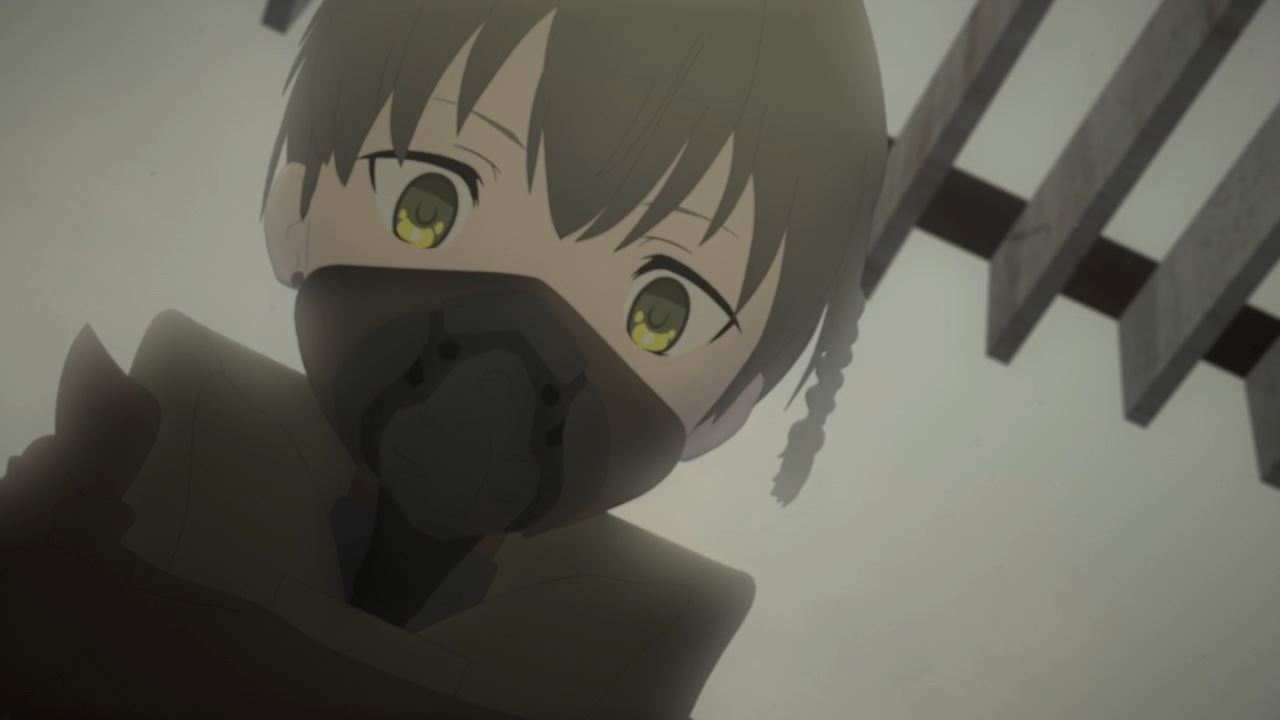 Turns out, it’s actually Miya where Norito felt a sigh of relief that his sister is still alive, although I have to say that she’s forever scarred thanks to Smiley’s retractable penis. 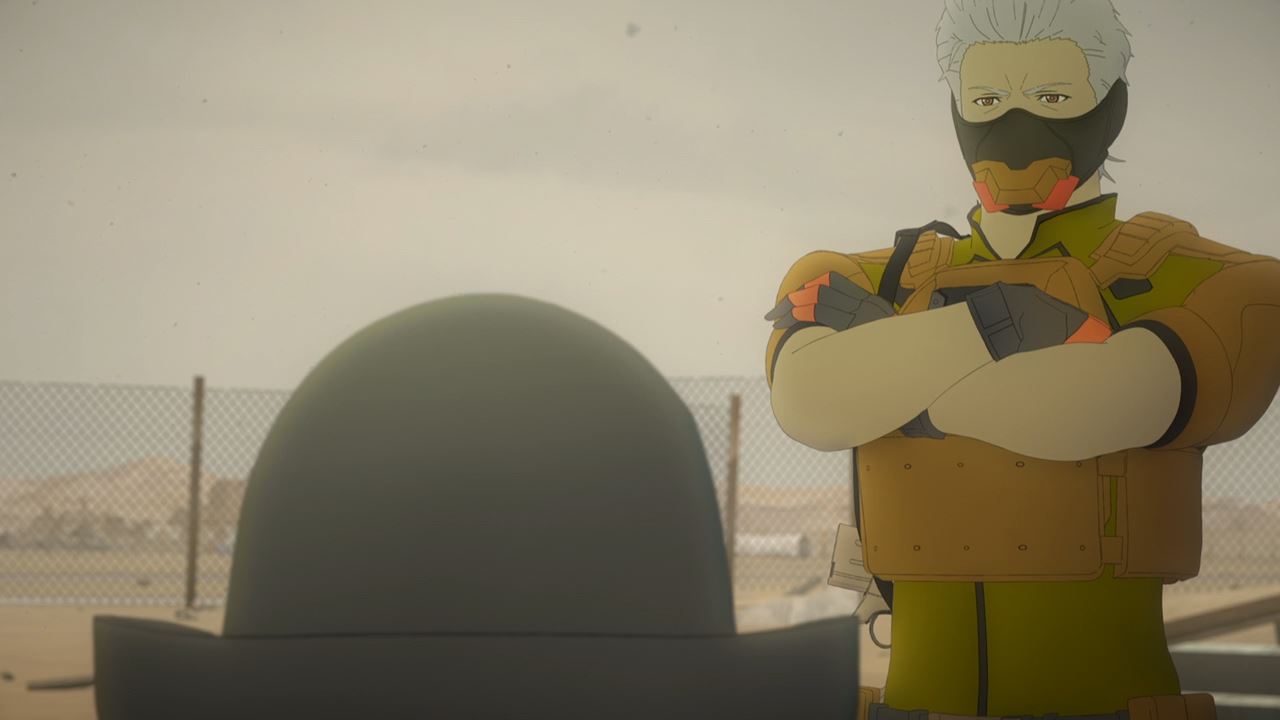 Now that Miya is rescued and the Educational Institute is gone, the only thing they need to do is to find Charlotte and then destroy the orbital elevator so that Artemis won’t conduct a full-scale invasion.

Speaking of Charlotte, I’m worried that she might kill the Colonel as her instinct of killing humans is still intact. 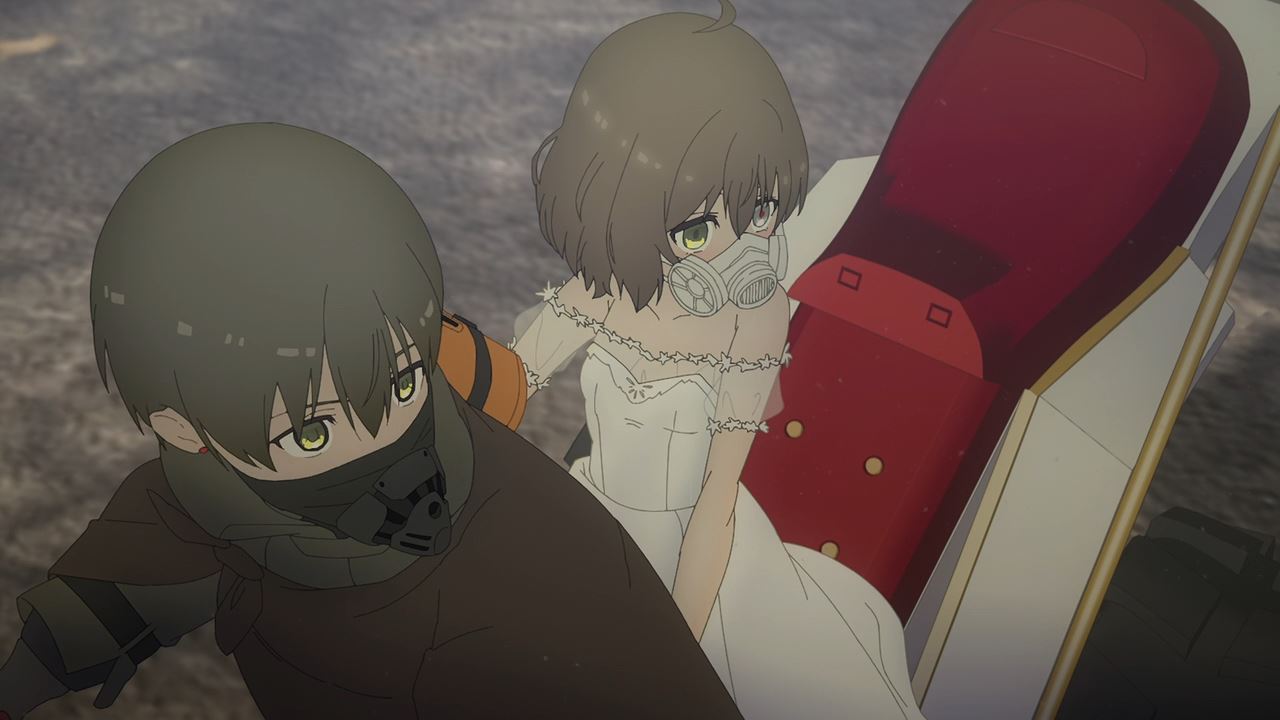 Anyways, I’ll see you next time where Norito will take Miya home while Black Rock Shooter and her allies will search for Charlotte. Let’s hope for the best!