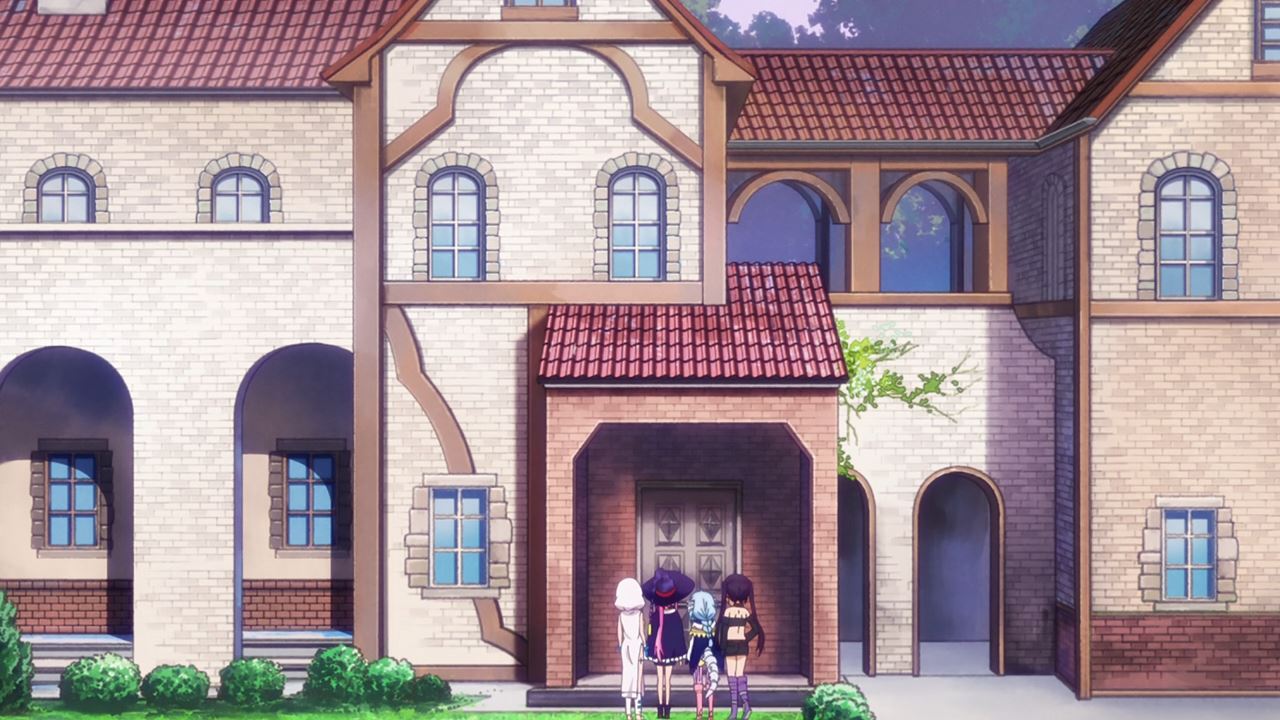 On this episode, Kotone Kazairo and the rest of the RPG Real Estate are assessing a property where it was remodeled by a previous owner and none of the potential buyers would stay there for a long term.

On the other hand, it appears that it looks decent from the outside, right? 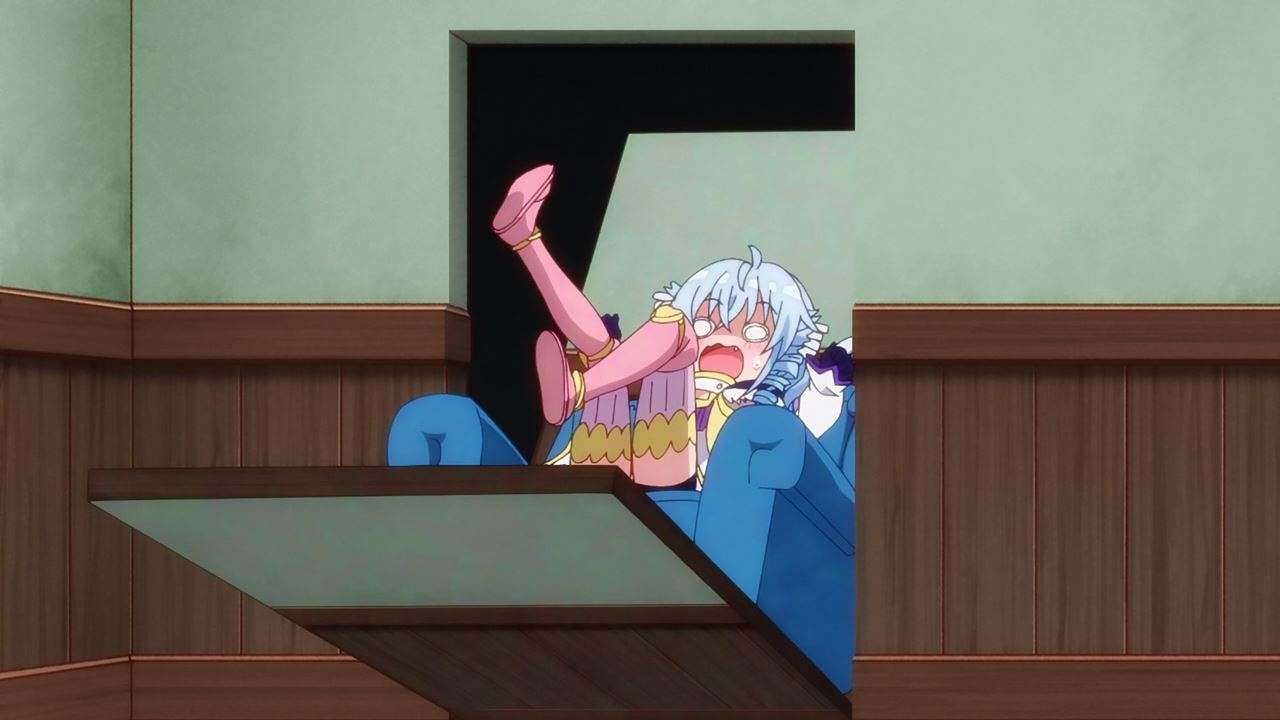 Well, turns out that this big mansion is full of traps where Fa-chan got caught on it. I wonder if this house is remodeled by ninjas or something? 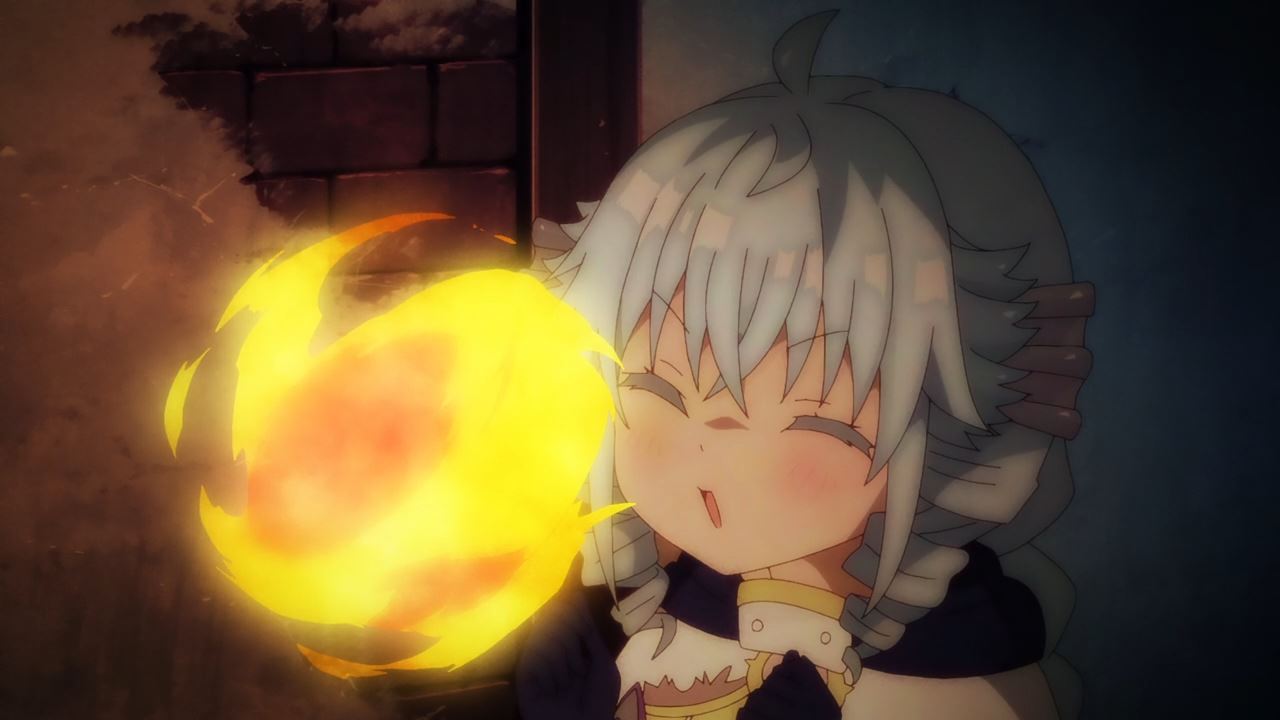 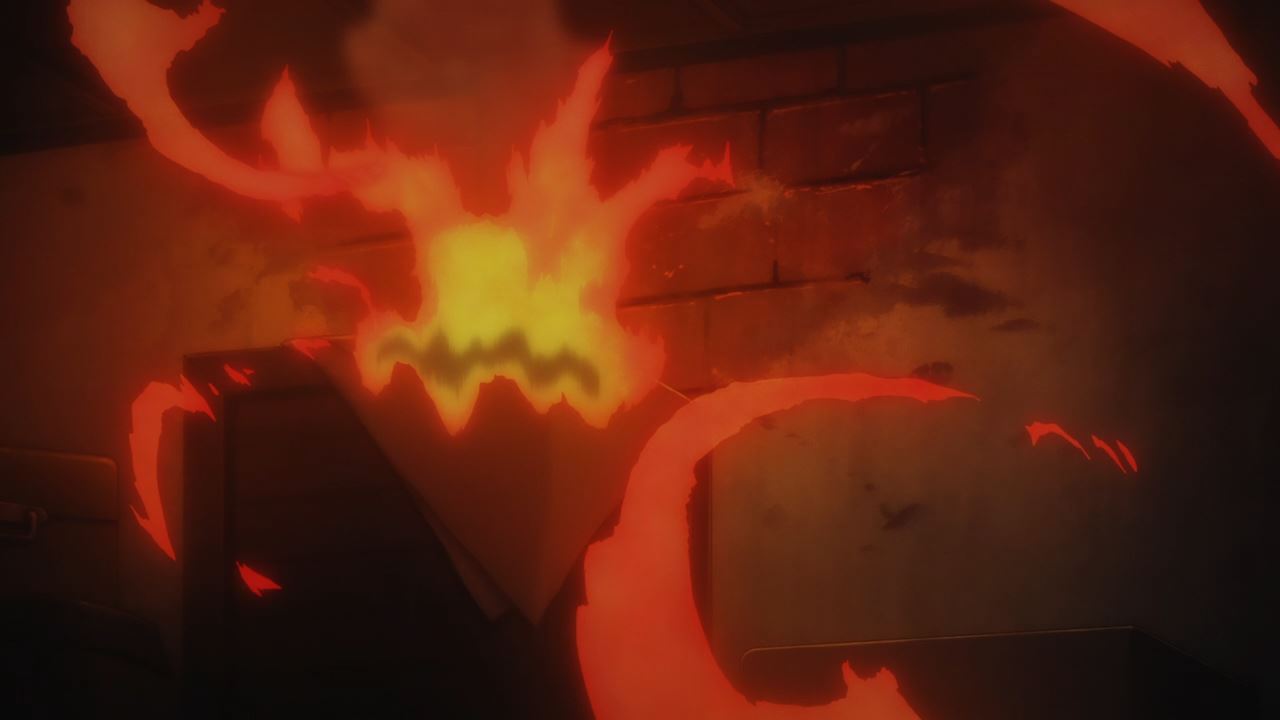 Speaking of Fa, she’s still okay but the dragon girl doesn’t like being stuck in dark places, so she lit up a fire to make this place brighter… only to find out that it’s a bad idea to burn everything inside the house. 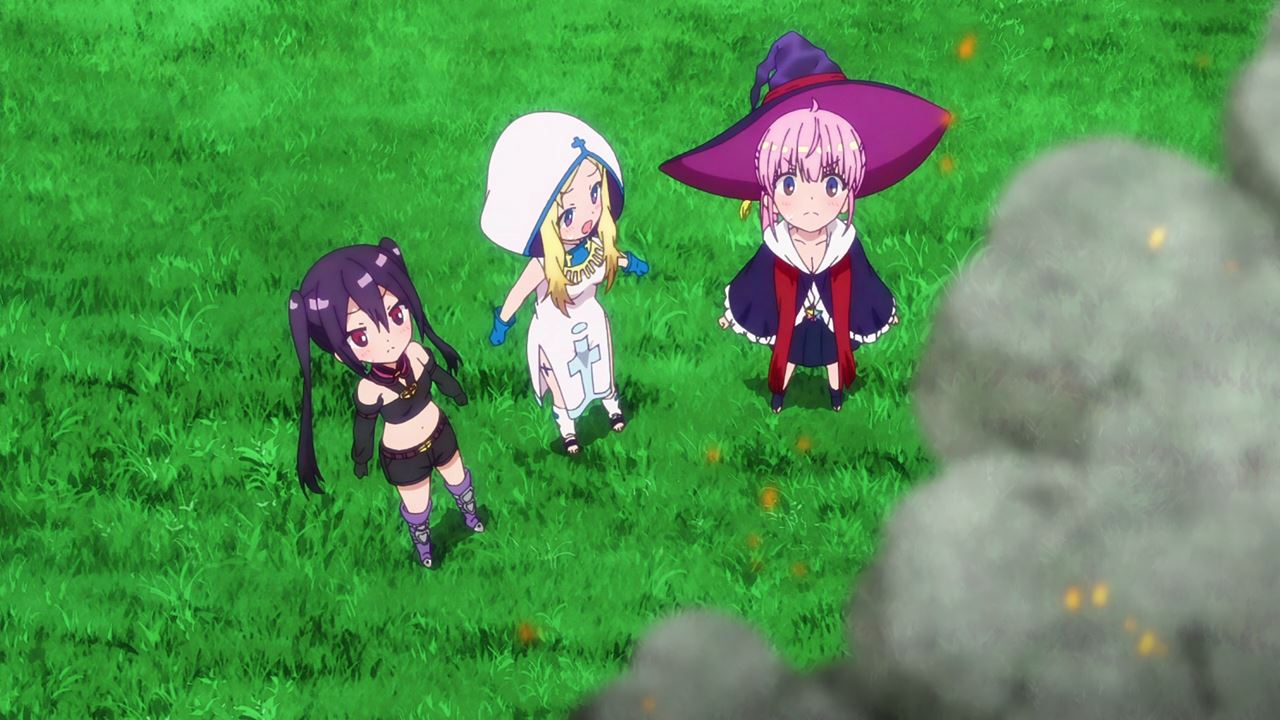 Well then, looks like Kotone and the rest are alarmed that a fire broke out, not to mention that Fa is still inside the mansion. 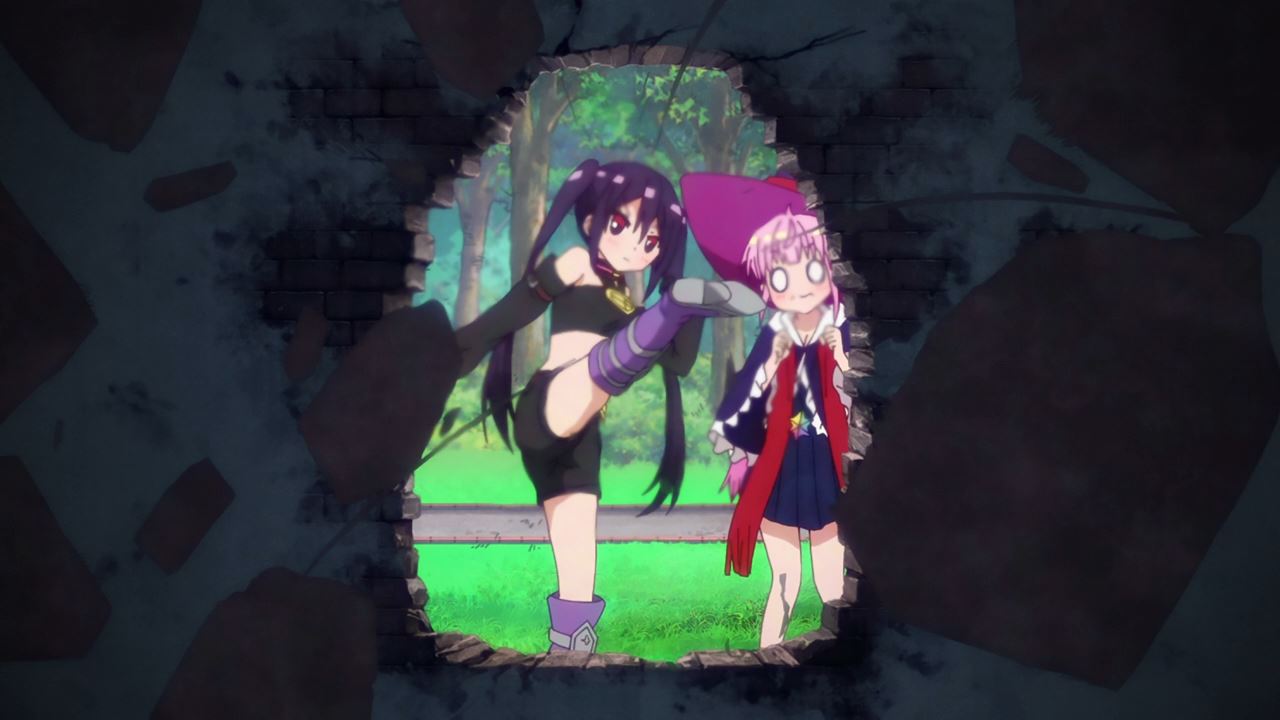 Fortunately, Rakira is here to save the day using her trusty legs. Seriously, her immerse strength is vital in these situations. 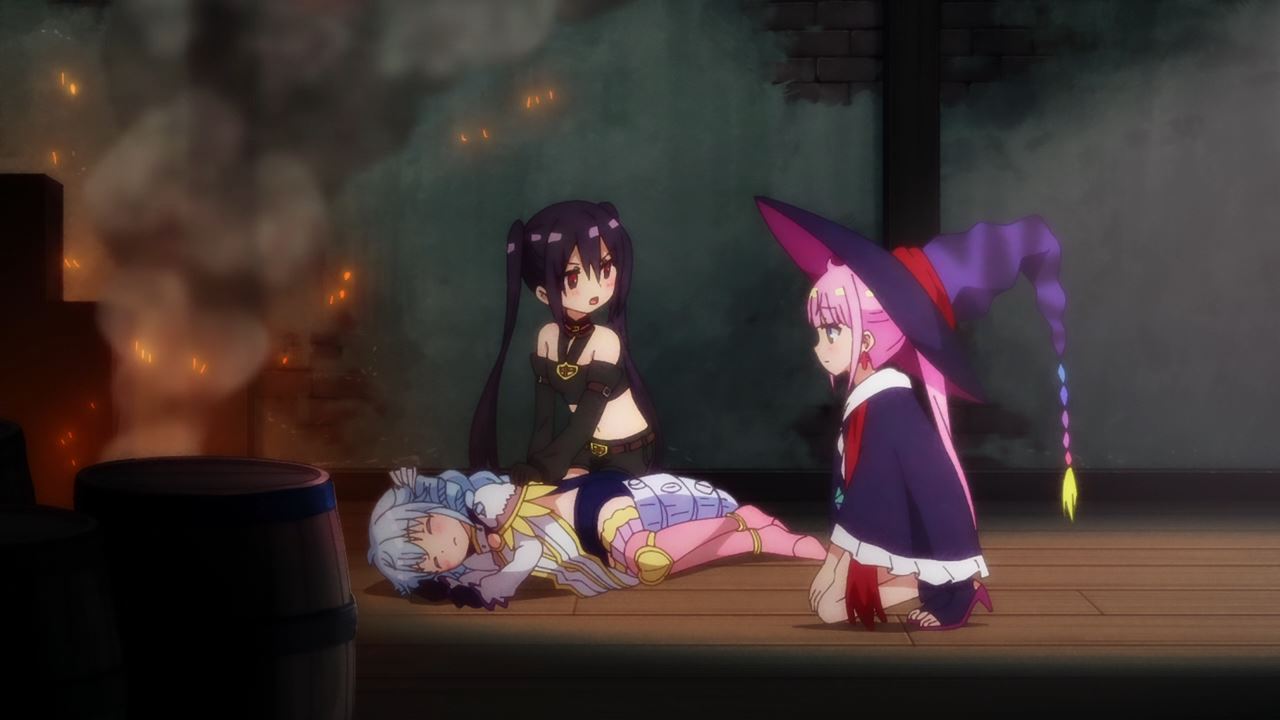 With that said, Rakira rescued Fa from being trapped in a fiery place but who’s gonna cast water magic at this house? 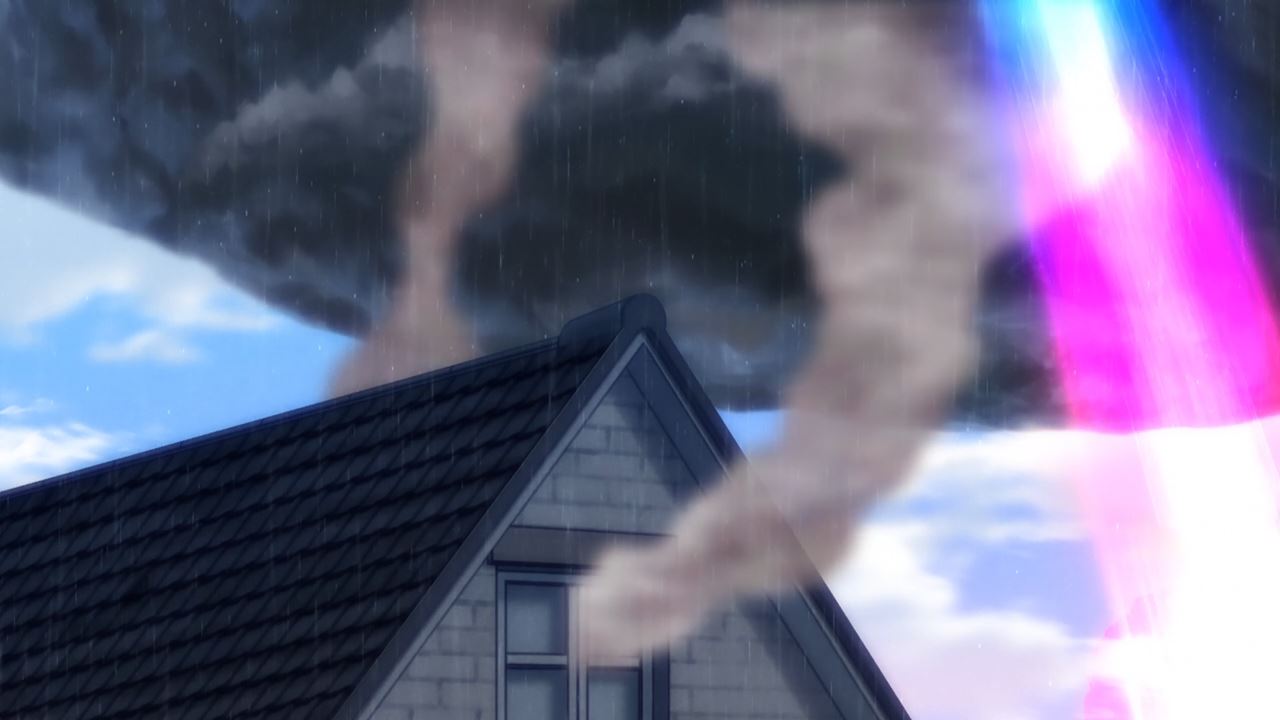 Oh, someone called the fire brigade where magicians created a rainstorm to put out the fire. Of course, it’s not over yet! 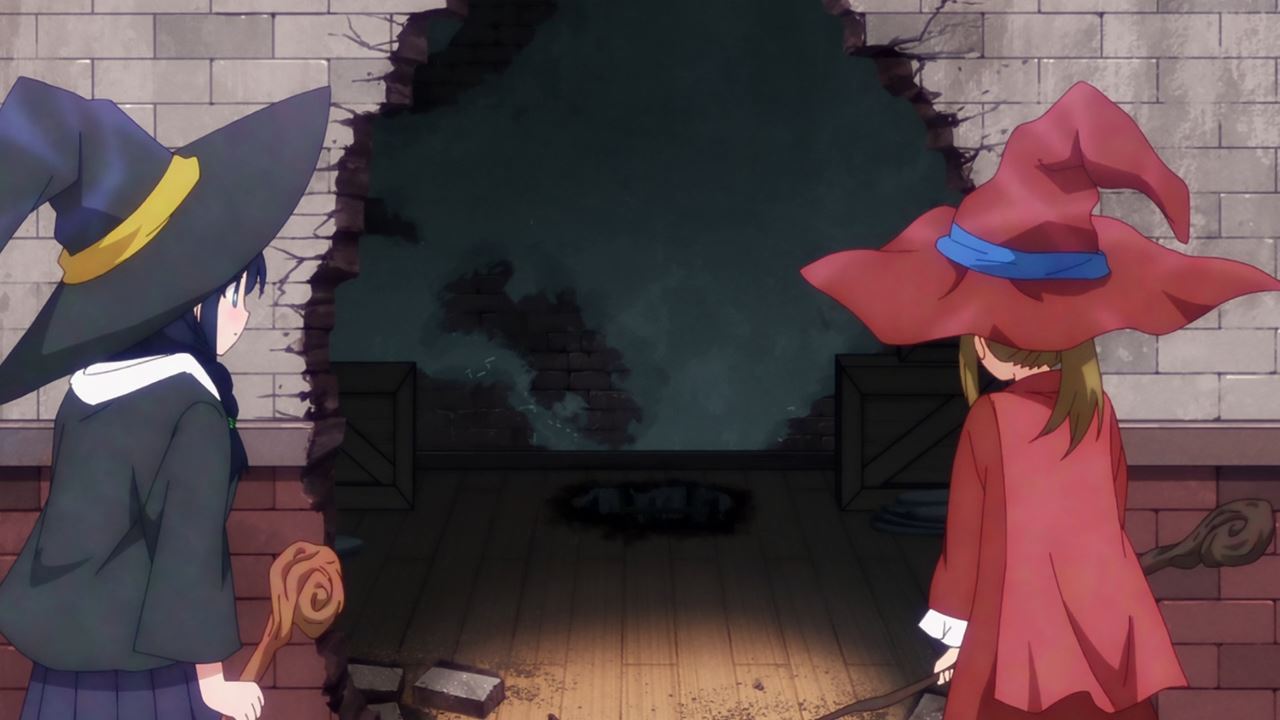 Turns out that one of the magicians found a hole over there. Now I’m curious what’s inside that hole? 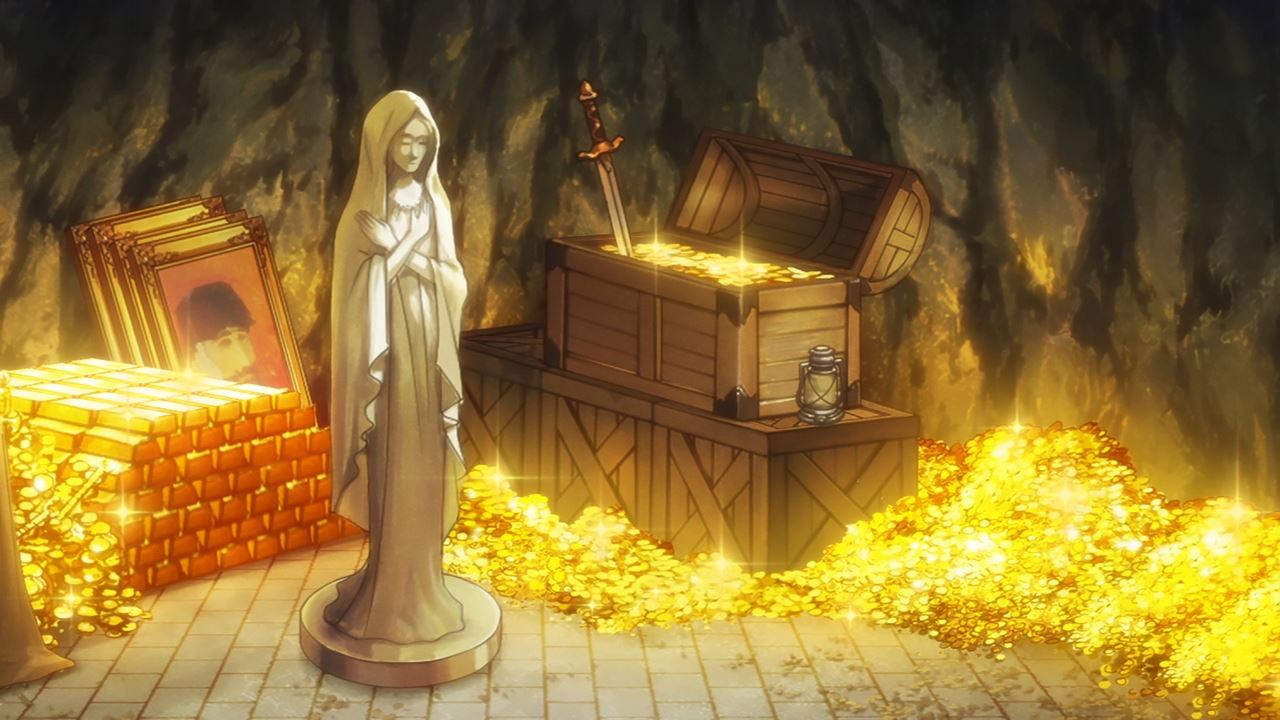 Oh, it’s full of treasure. I have a feeling that some burglar decided to turn a decent mansion into a house full of traps and then hide his loot.

Sadly, it looks like the thief went away and I blame him for putting fake doors and secret walls inside the mansion. No wonder everyone call it quits in staying there thanks to those modifications. 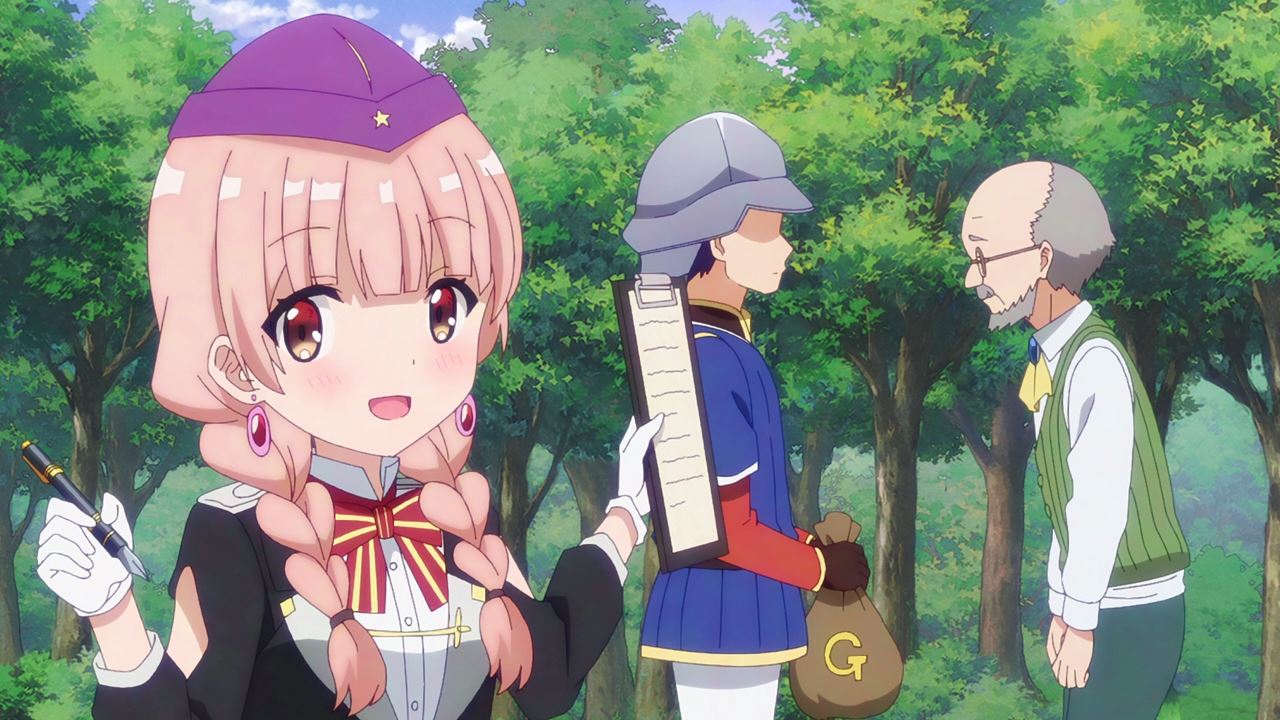 Fortunately, Mona and Serah will reward the RPG Real Estate for finding the lost treasure, as well as the owner of the mansion as he’ll use the reward money to remodel his house. All’s well that ends well, huh? 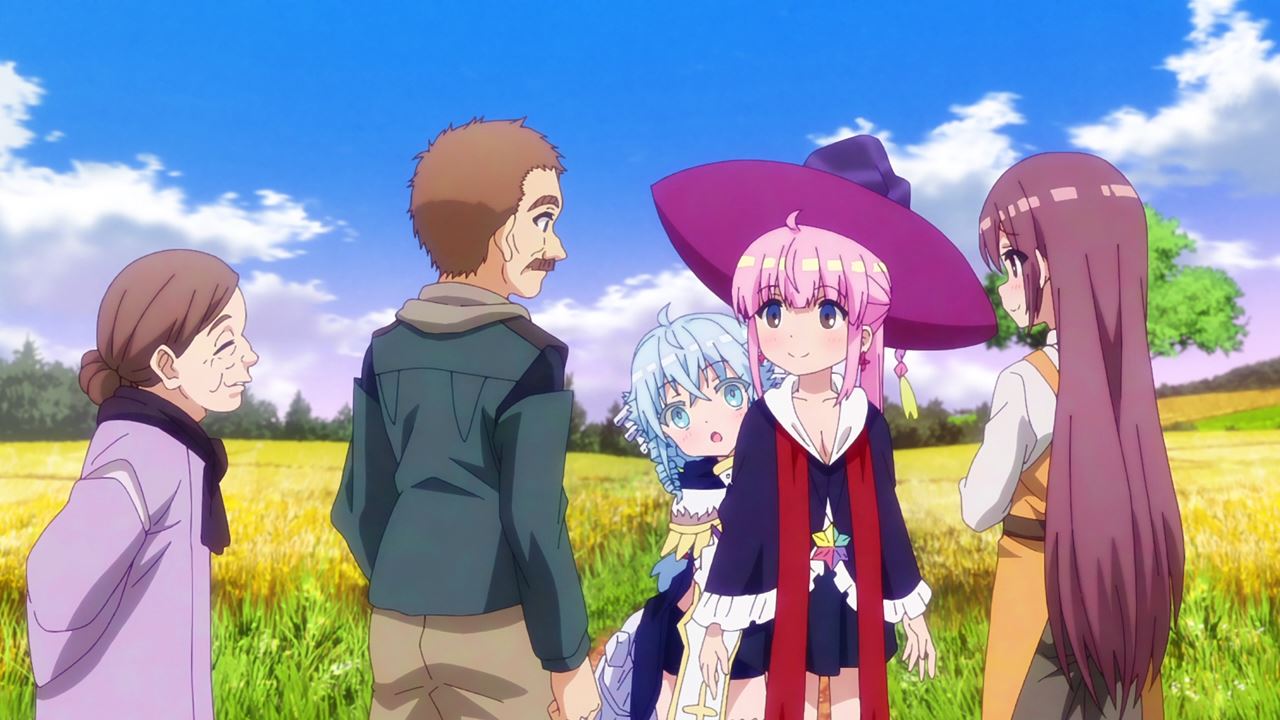 Now then, it’s time for a vacation where Kotone went back to her hometown along with Fa.

As you can see, her own family is delighted to have their daughter return, but what about her twin sisters? 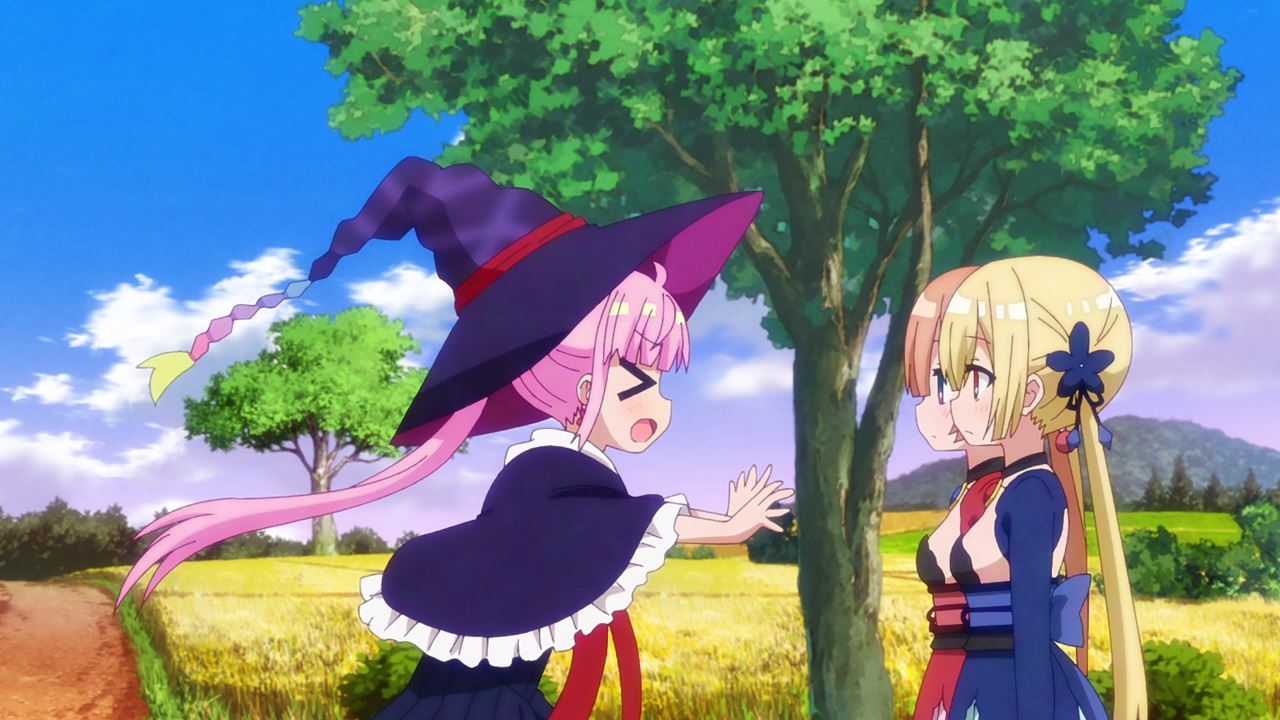 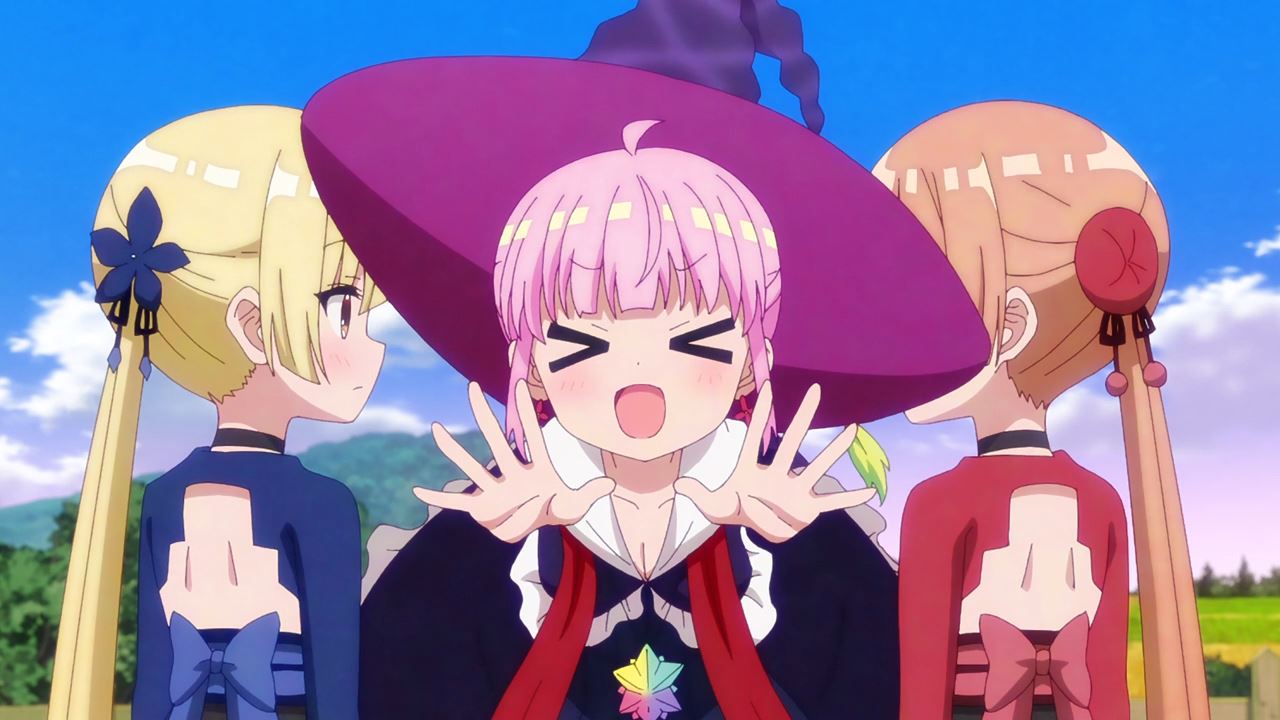 Well, both Tsuzumi and Hibiki just straight up ignored her. Okay you two, that was pretty mean!

Still, Kotone and Fa had a great time during their vacation as it’s been a long time getting some rest and relaxation. 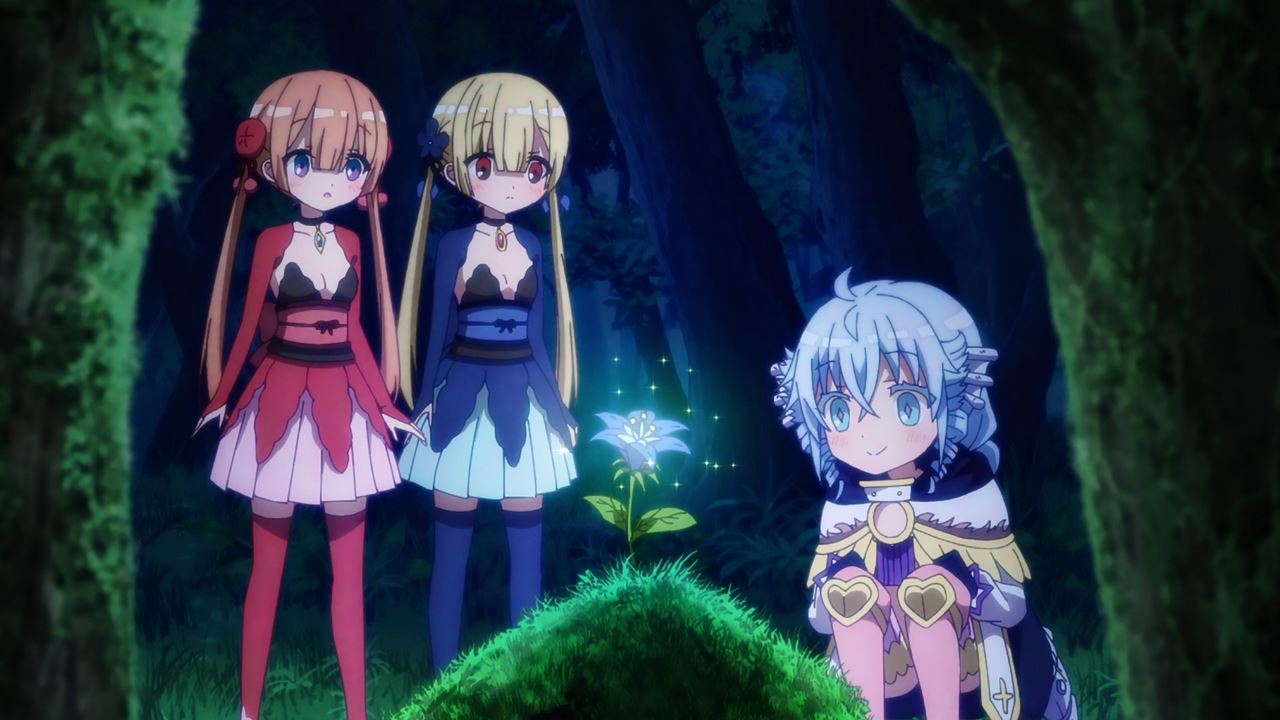 And speaking of Fa-chan, she befriended both Tsuzumi and Hibiki Kazairo where they found the moonlight grass, a special flower that only blooms at night.

Oh yeah, the twin sisters will be making a pendant out of the moonlight grass, but there’s a problem… 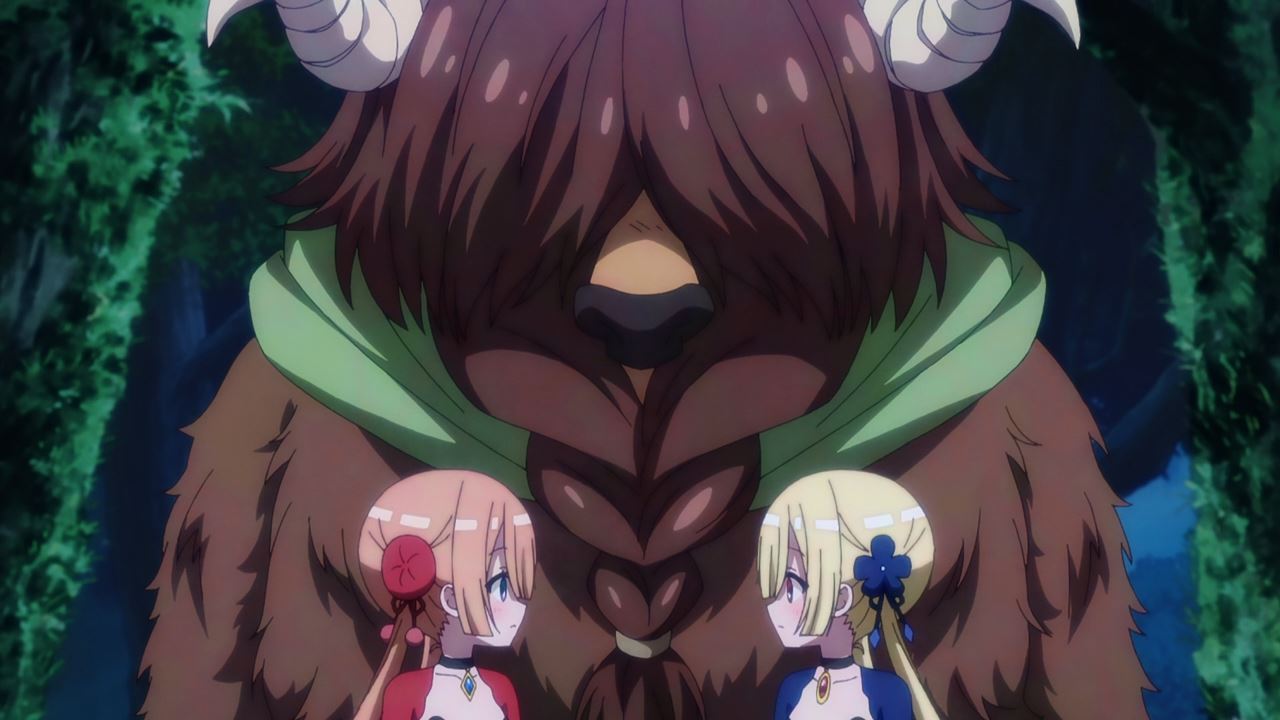 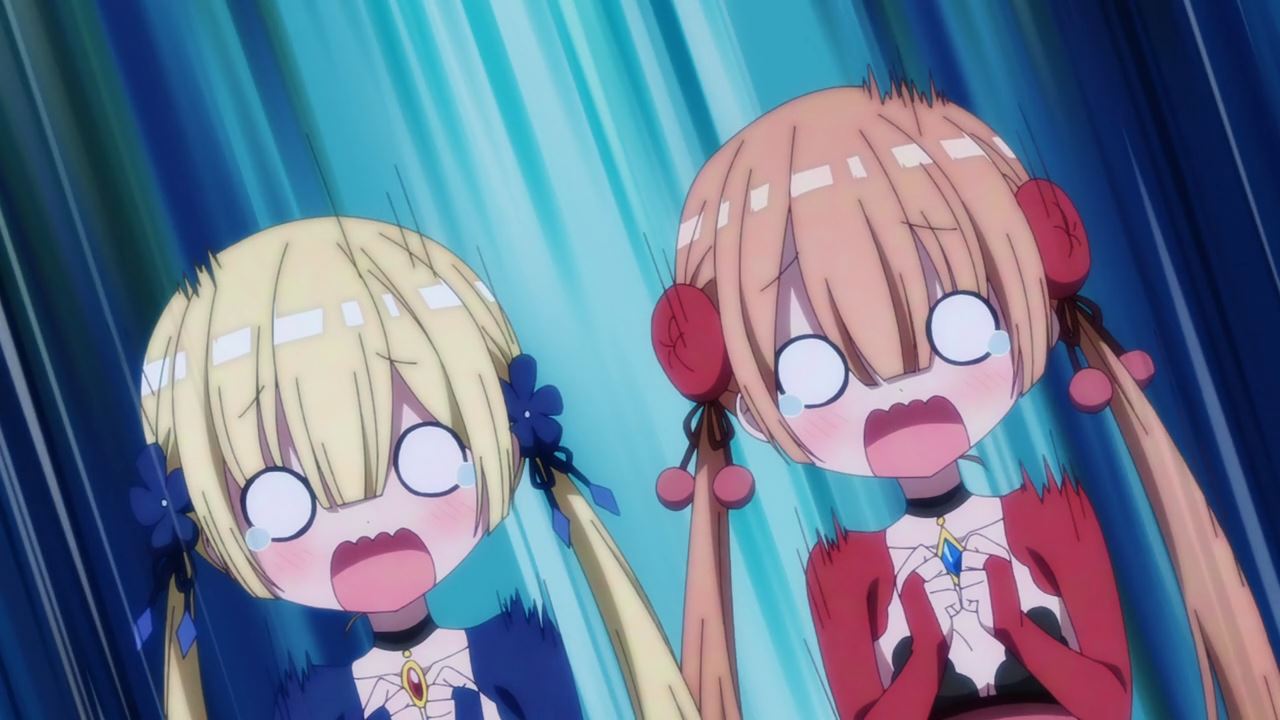 You see, the forest is being guarded by a minotaur where the twins are scared at the monster’s presence. But don’t worry, there’s Fa where she can talk to monsters. 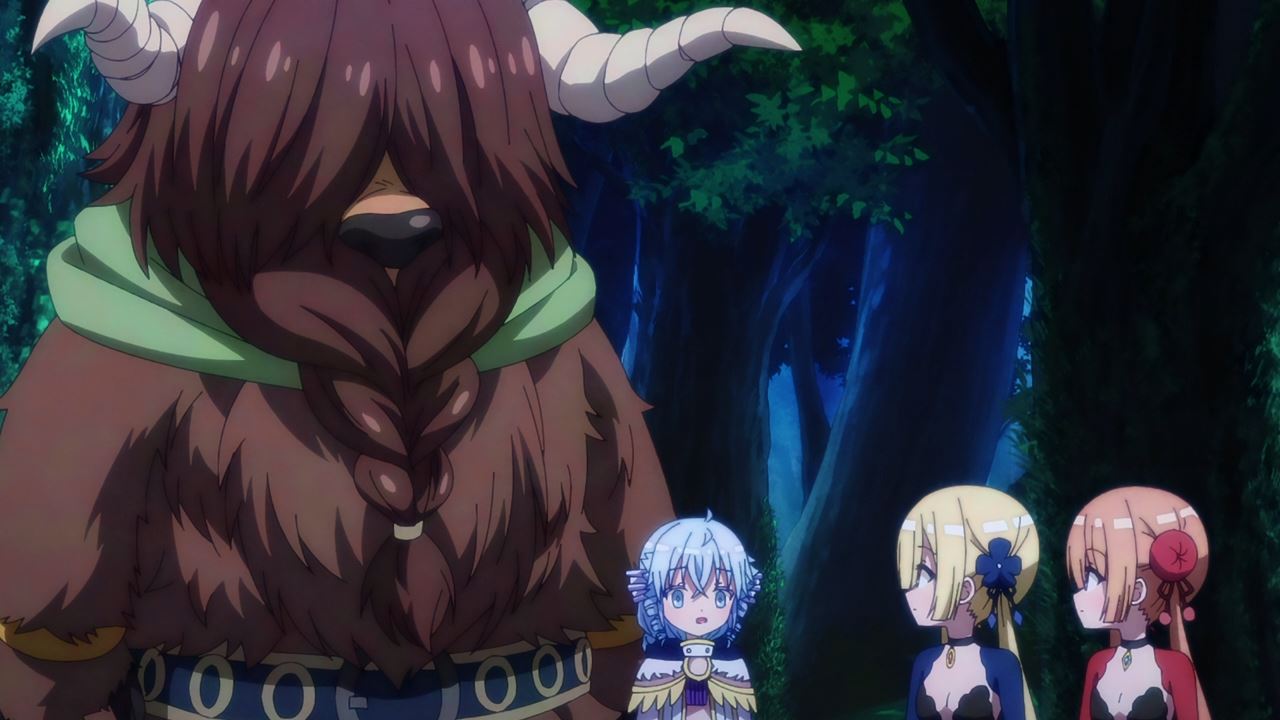 In fact, Fa told both Tsuzumi and Hibiki that this minotaur is friendly where it’s protecting the forest from violent adventurers. Gotta say that Fa saves the day in this one! 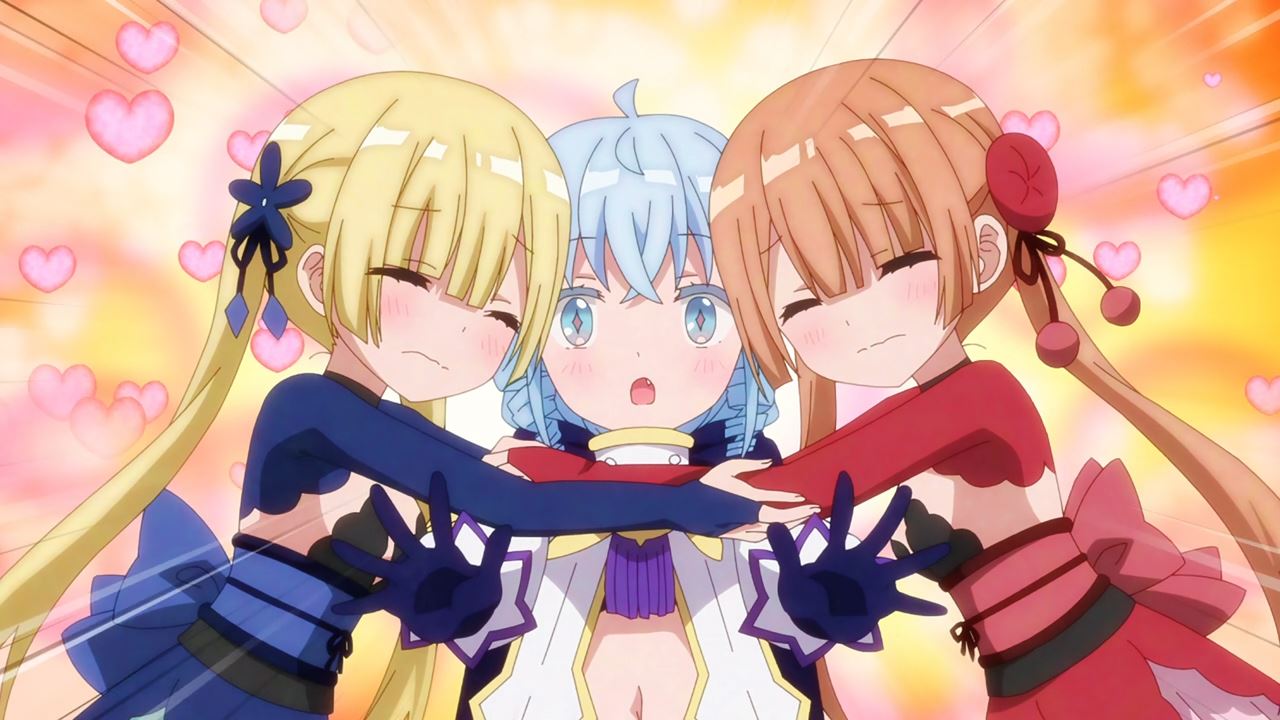 And so, the twin sisters got really fond of Fa-chan that Tsuzumi and Hibiki begged her to stay, although Fa has a place to return to which is the royal capital of Dali.

Meanwhile, I wish the twin sisters shouldn’t act like jerks towards Kotone ’cause she’s really working hard at the RPG Real Estate. 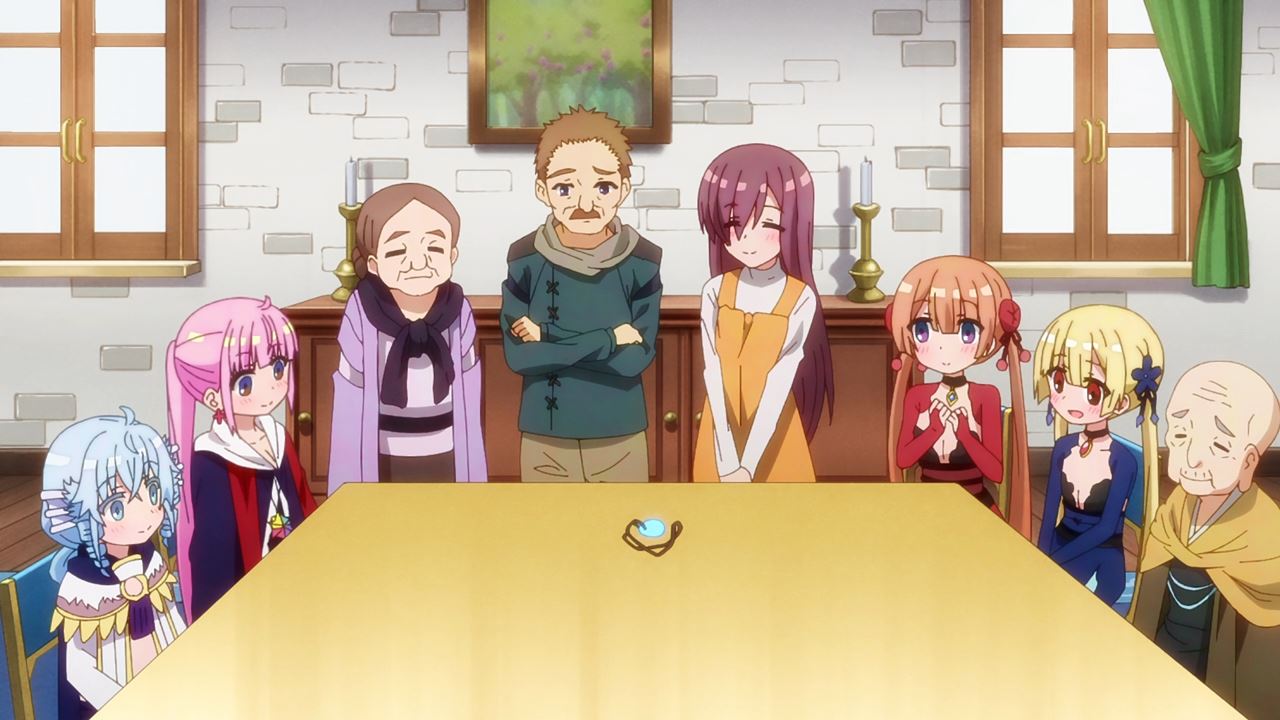 Anyways, the twin sisters completed the moonlight grass pendant where they show it to everyone. Oh yeah, and they sing their praises whenever good things happen.

But that’s the end of this episode where Kotone and Fa really enjoyed their brief vacation. Of course, they’ll deal with tough jobs once they return to Dali. For now, I’ll see you next time!