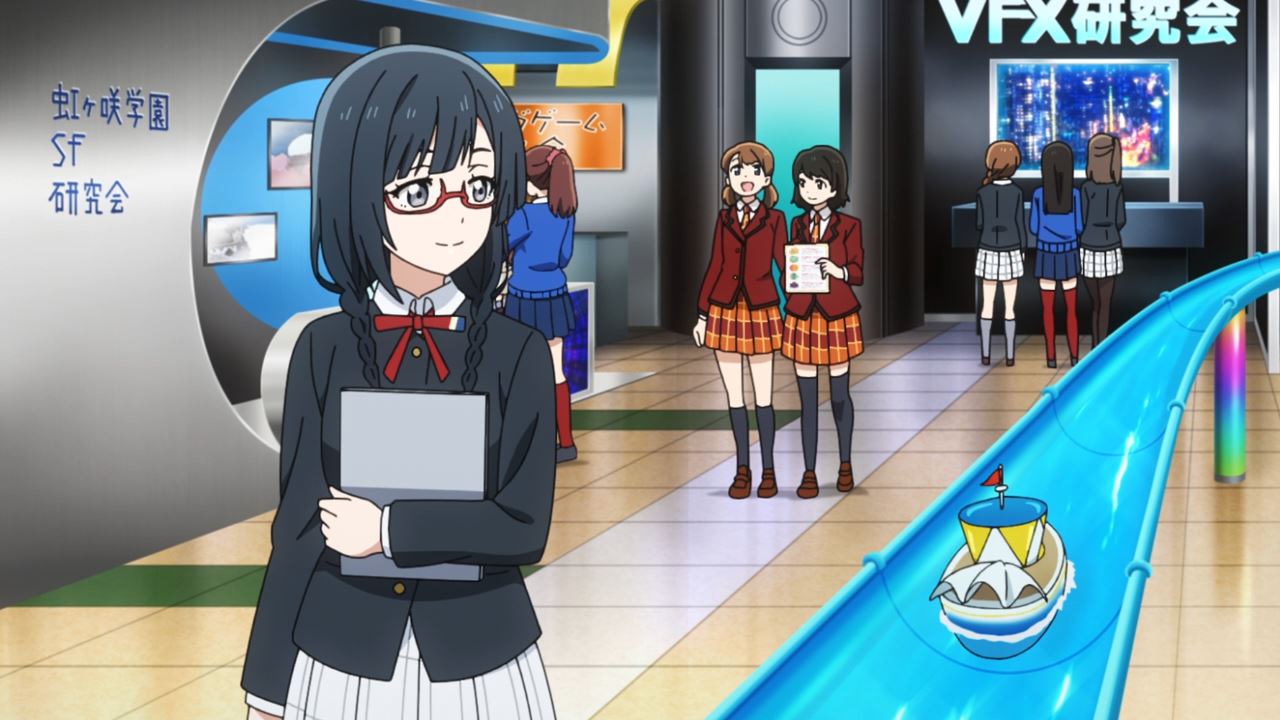 Let’s begin this episode with the nagashi soumen club where they created a huge contraption just to let the boat slide across Nijigasaki High School. We’ll get to them later. 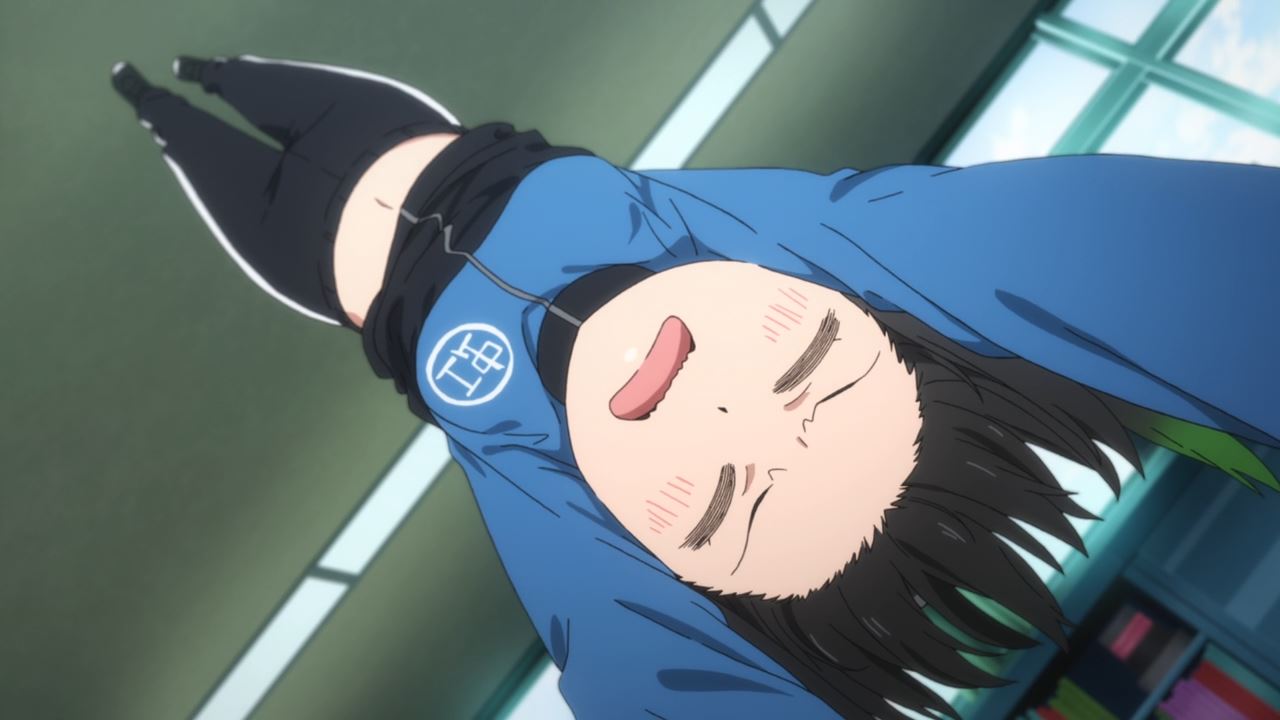 For now, let’s move onto Yu Takasaki where she’s having writer’s block during the final day of the School Idol Festival, all while performing a handstand where it exposes her bellybutton.

Given that Lanzhu Zhong will be the opening act for this final day, it appears that Yu-chan feel the pressure of composing a song that’s worthy of being part of the school idol club. 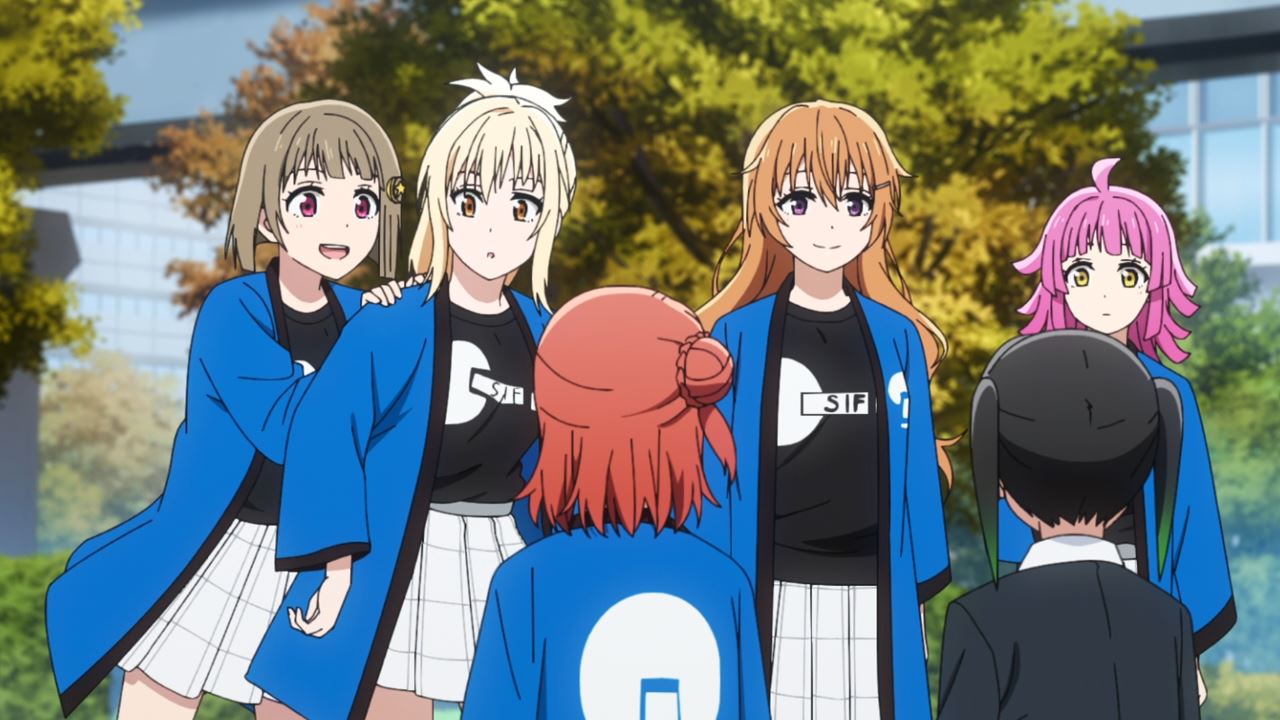 Of course, the rest of the school idol club are backing her up as they’ll inspire Yu-chan to create a song that’s worthy for not only Lanzhu, but the entire audience. Let’s hope for the best! 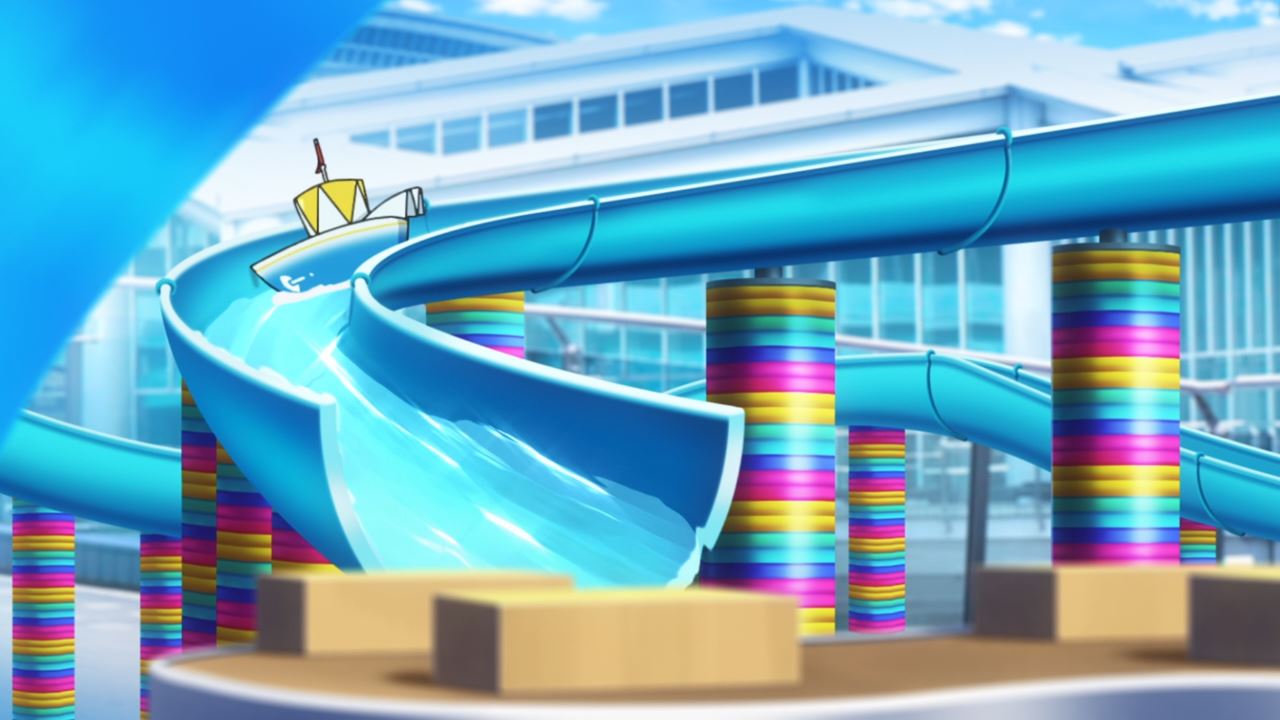 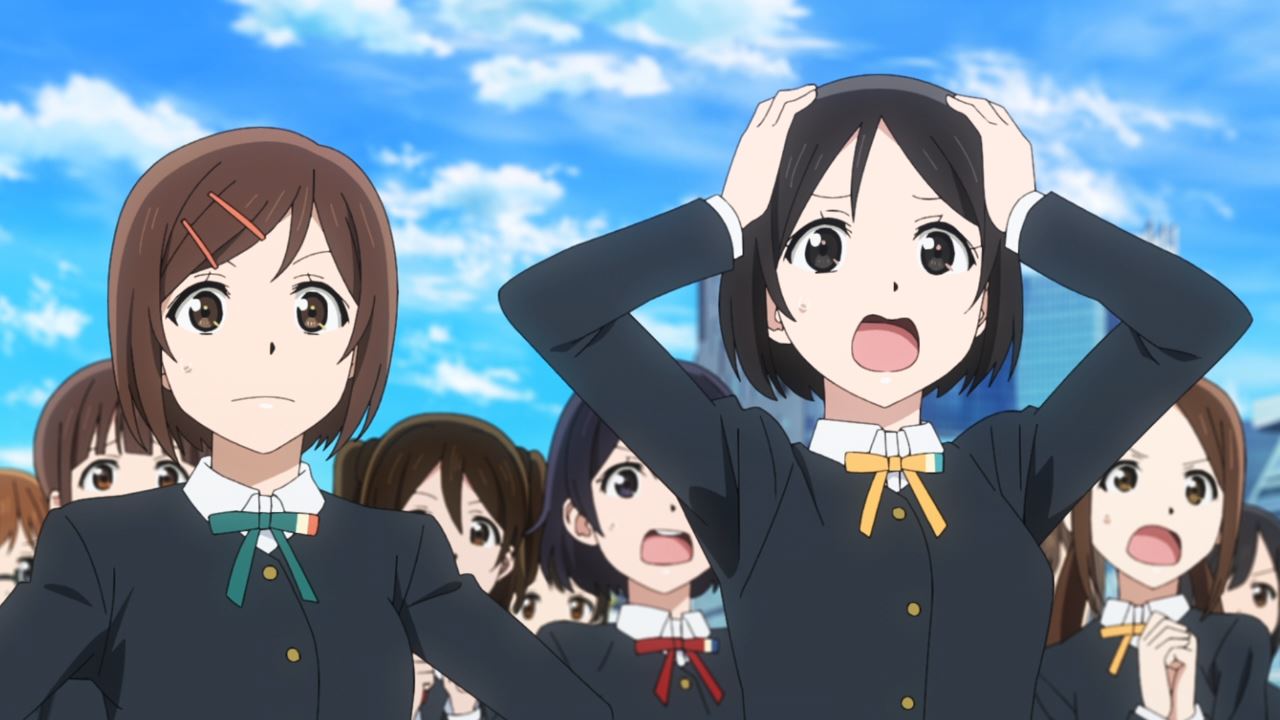 Unfortunately, the nagashi soumen club got a literal snag where their boat got stuck at the water slide. Oh boy, someone needs to intervene! 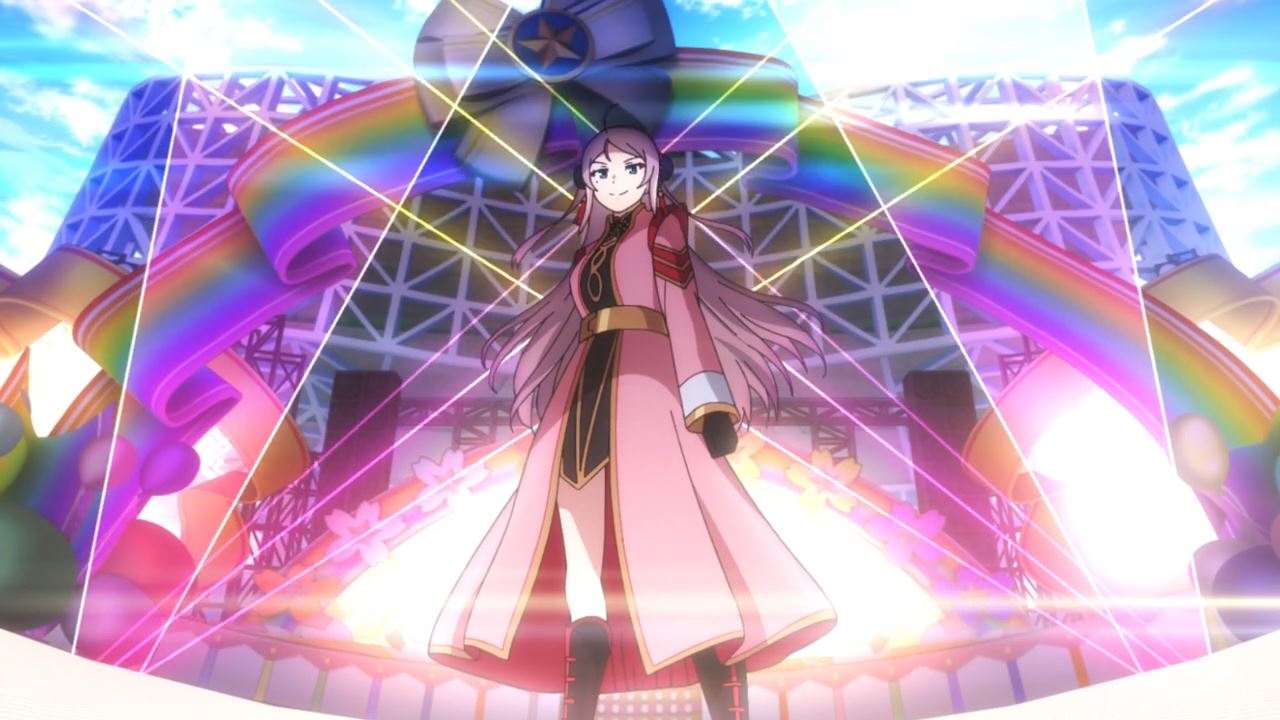 But you know what, let’s have Lanzhu Zhong fix this one as she performs “Queendom” to rile up the entire crowd or should I say distract them from that embarrassing hiccup from the nagashi soumen club! 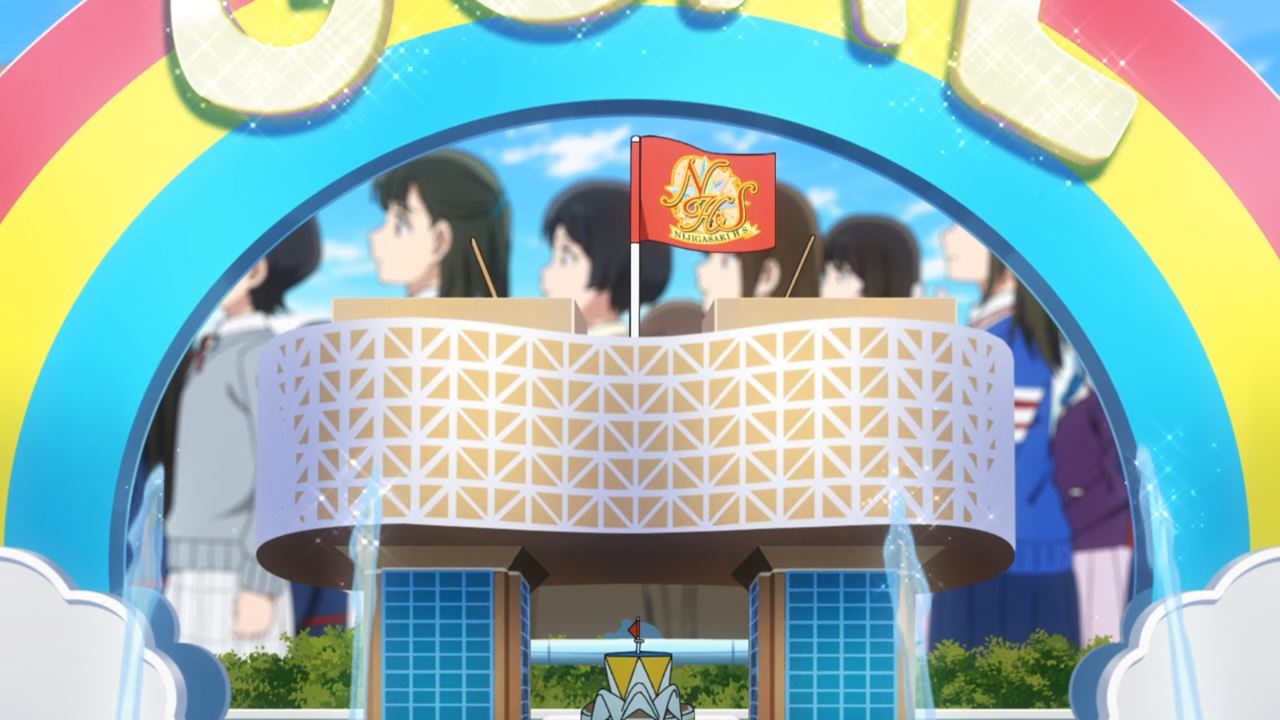 Oh yeah and speaking of the nagashi soumen club, their boat managed to cross the finish line thanks to Lanzhu’s phenomenal performance. Glad that her song managed to rock the boat towards the end of its journey. 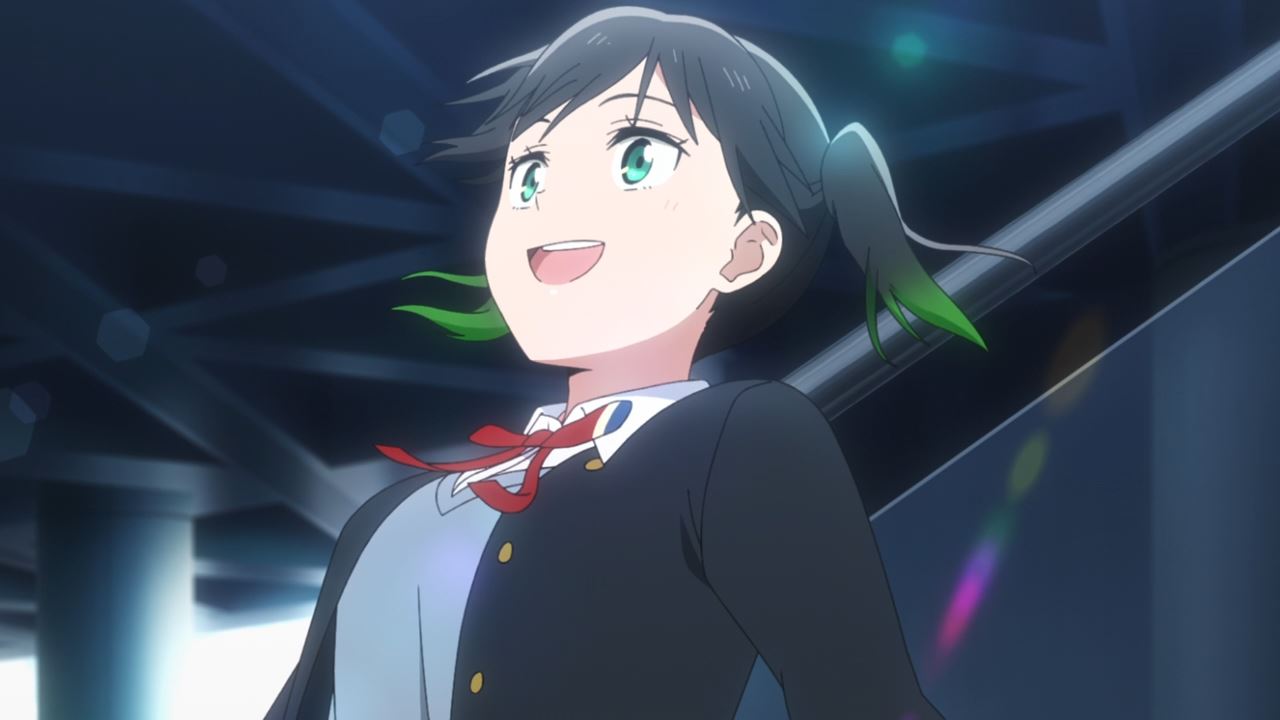 By the way, looks like Lanzhu Zhong’s performance managed to give Yu Takasaki a thrilling inspiration as she’s gonna finish the original song for the school idol club. 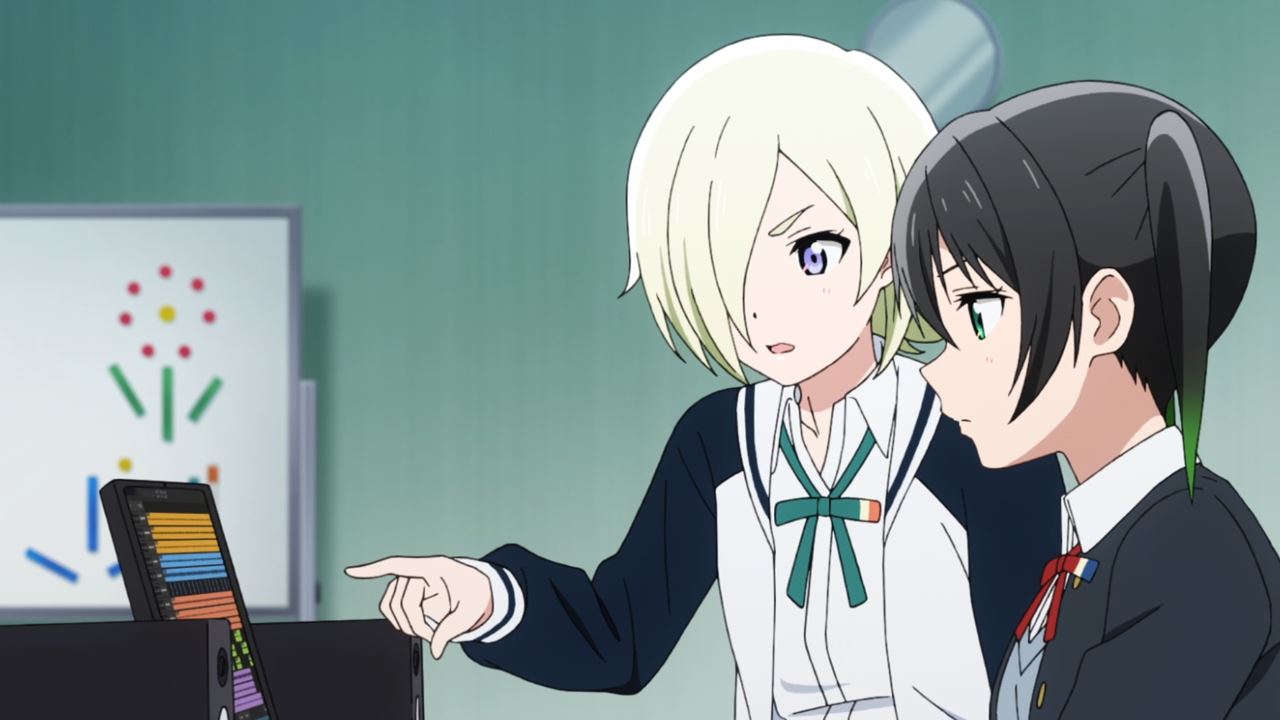 Of course, she needs Mia Taylor’s help to give some finishing touches. Oh boy, I can’t wait for the final result! 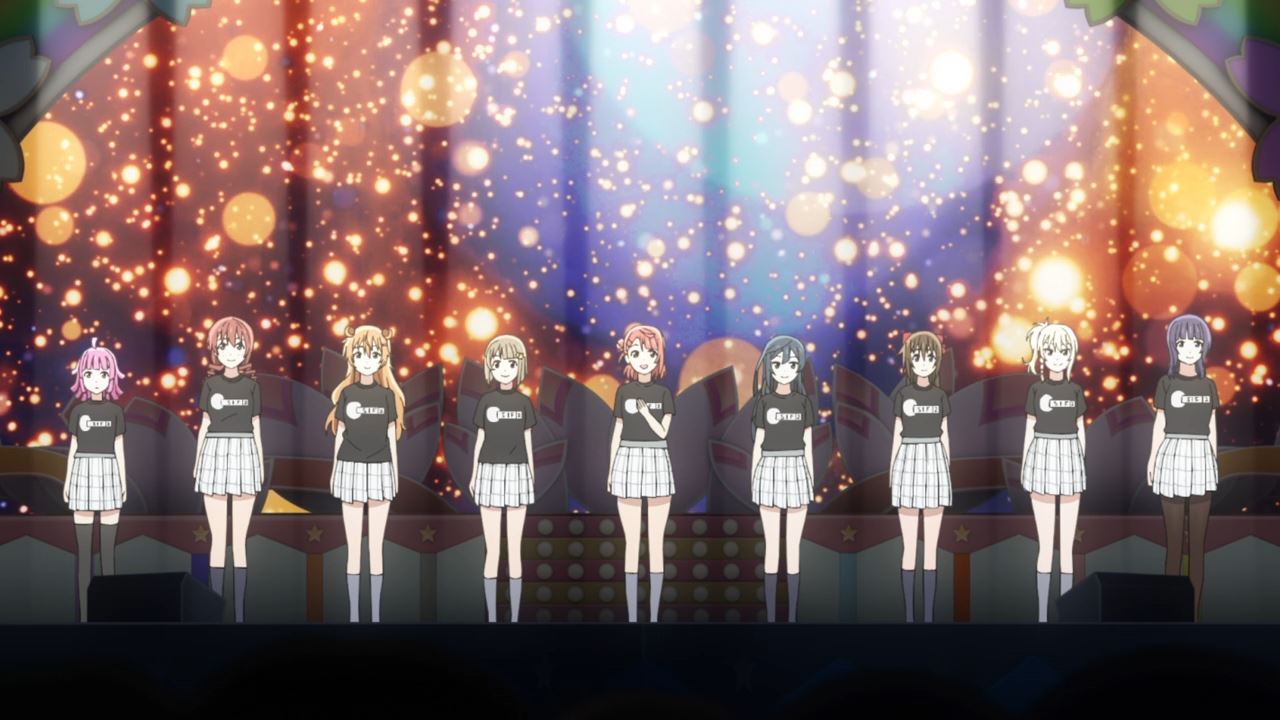 Anyways, all 9 members of the Nijigasaki High School Idol Club are here for the encore performance. And this time, it’ll be different! 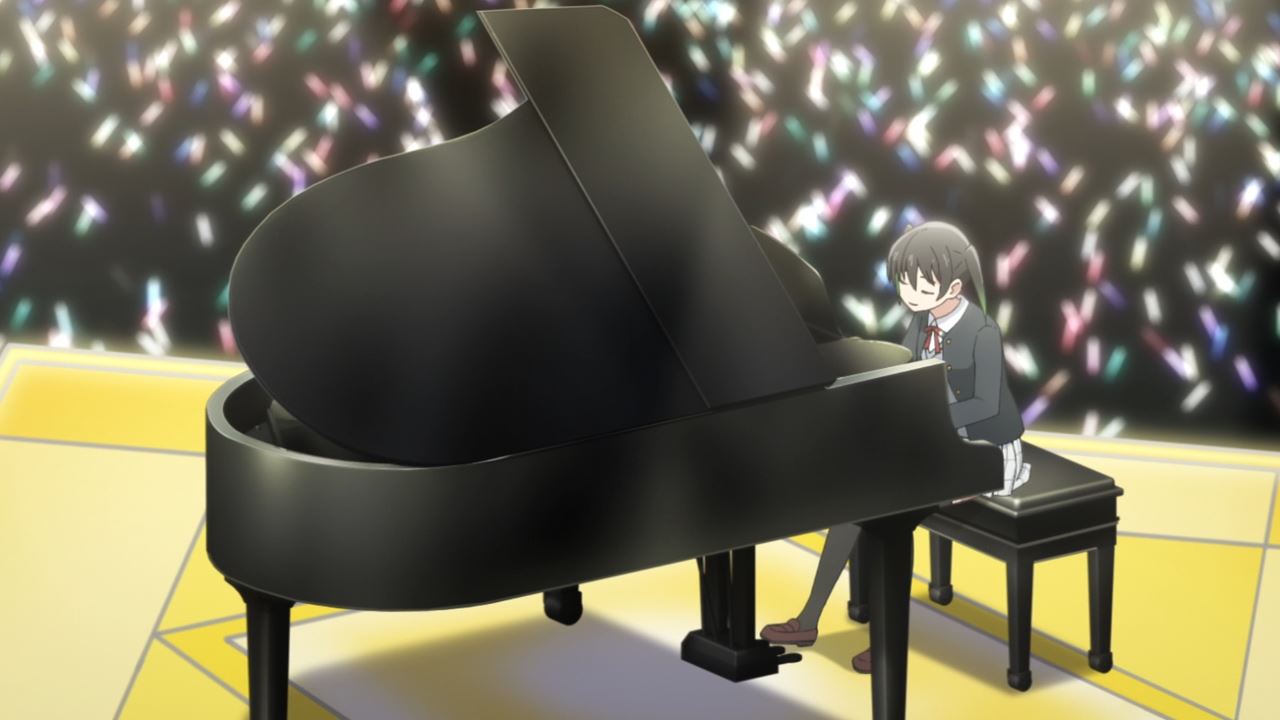 That’s because Yu Takasaki will accompany Ayumu Uehara and the rest as she plays the piano.

Wait, that reminds me of the finale of Season 1 where they performed “Yume ga Koko Kara Hajimaru yo”, so I’m thinking if they’re gonna play that song again? 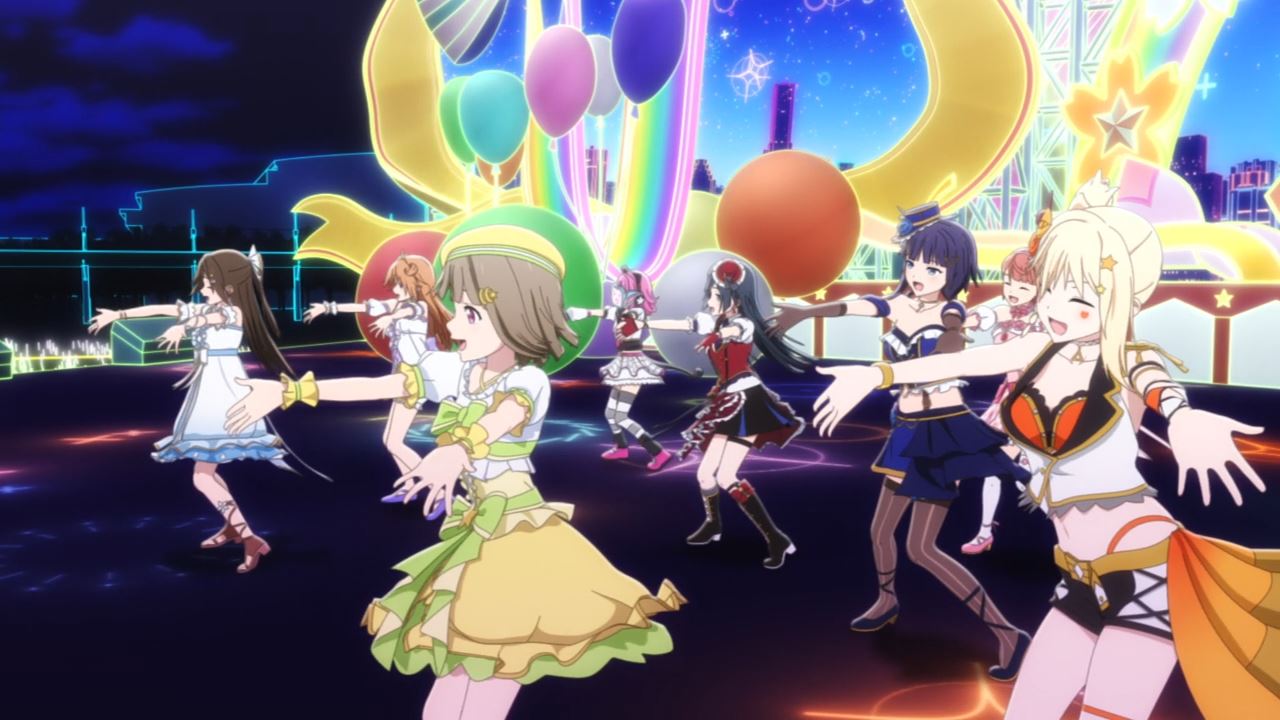 Nope, they’re gonna perform “TOKIMEKI Runners”, the first song that Nijigasaki High School Idol Club made back in 2018. Damn, it’s been almost 4 years since they played that song.

By the way, they changed their clothes quickly to their first individual costume. I don’t know how they pull it out but Ayumu and the rest really entertain the entire crowd. 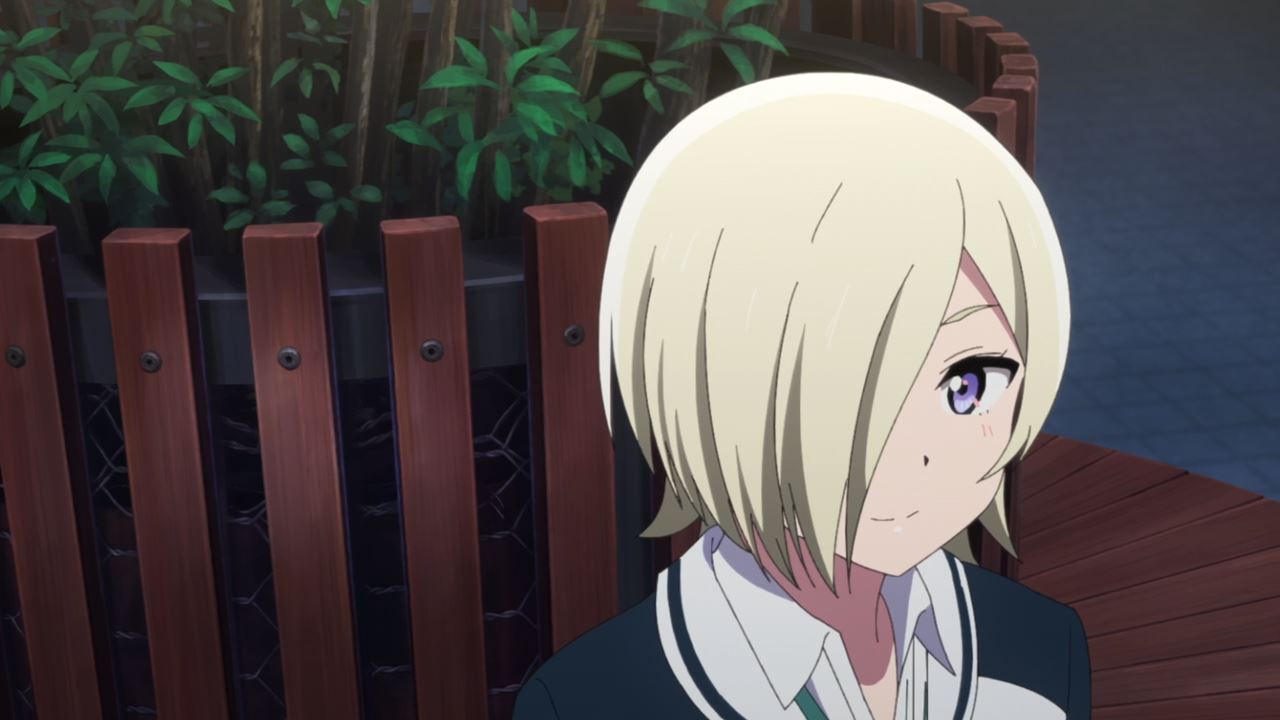 Heck, even Mia Taylor is satisfied with the results. Anyways, that’s the end of the 5-day School Idol Festival as everyone enjoyed it! 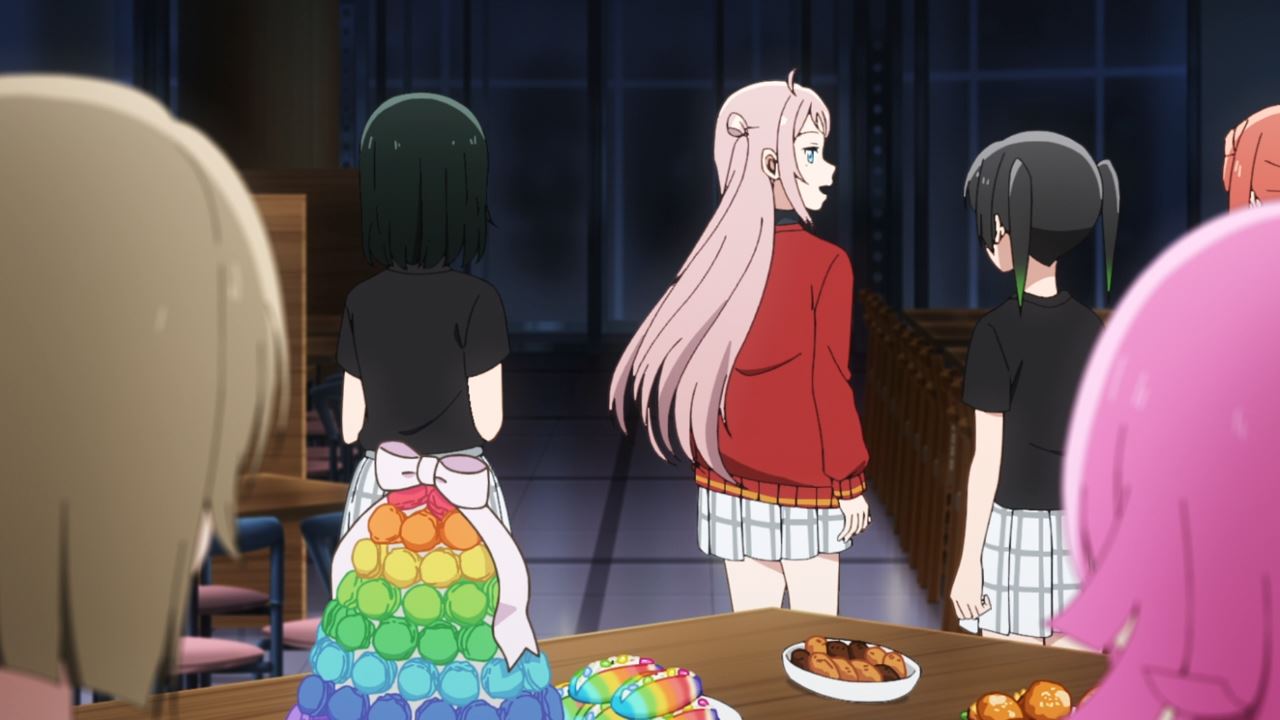 As for Lanzhu Zhong, it seems that she has some respect towards Yu Takasaki when she composed the original song for the school idol club (with some help from Mia Taylor in the arranging department).

Still, Lanzhu is still acting high and mighty as she won’t join the club even after Yu-chan and the rest up the ante. 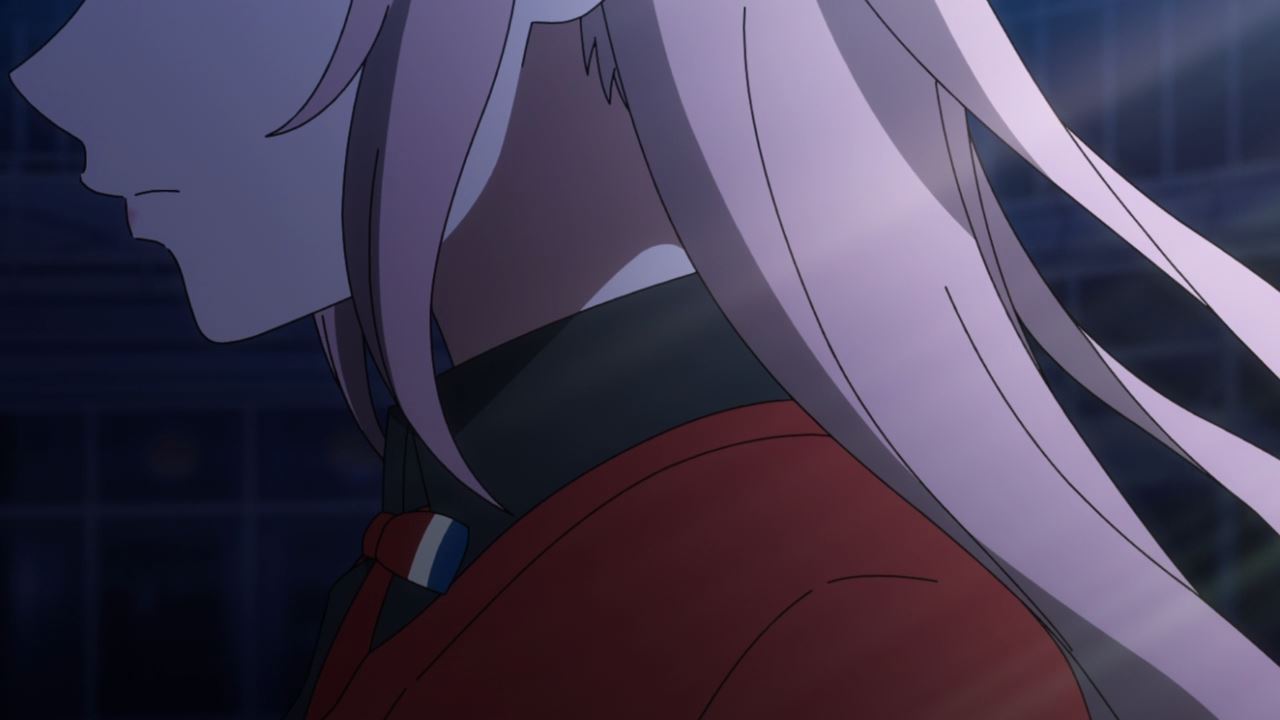 But speaking of the elite girl from Hong Kong, I have to say that Lanzhu Zhong might return to her own country all alone. Oh boy, we’re gonna have a dramatic episode next week!