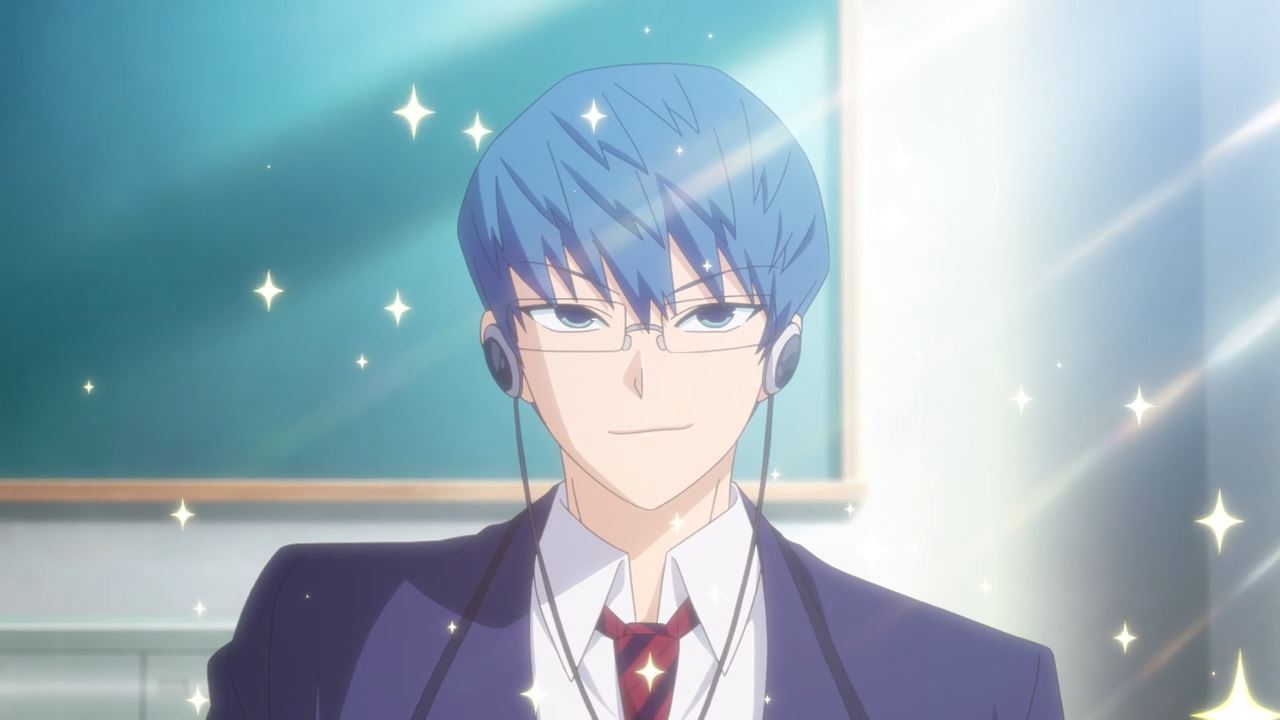 Ladies and gentlemen, I introduce you the male protagonist of this show named Shisuto Naruse, the most photogenic (and narcissist) student in Itan Private High School. 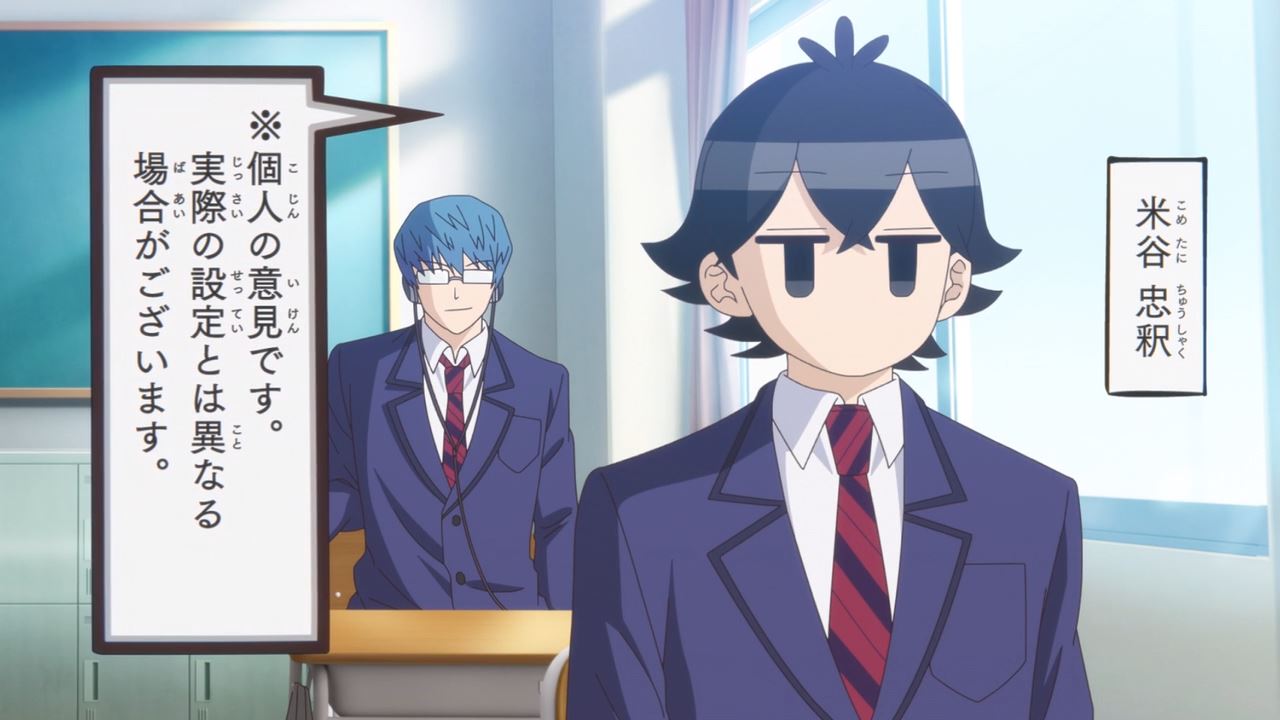 Oh, and he’s joined by his sidekick Chuusaku Komitani where he commentates on what Naruse-kun is actually saying.

By the way, Shisuto Naruse is expecting his classmates to flock towards him, hence his bishonen look. 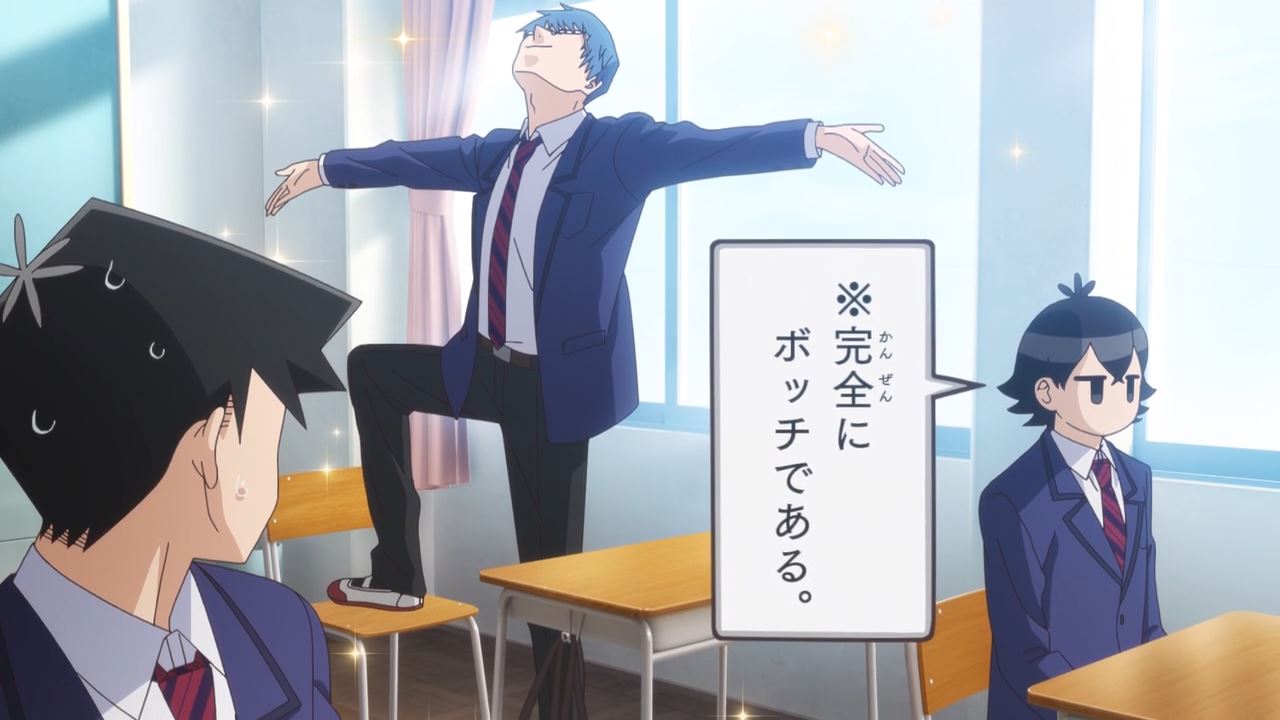 Unfortunately, most of them are fixated on Shouko Komi so no one is paying attention towards Naruse-kun… except for Hitohito Tadano where he notice his antics. 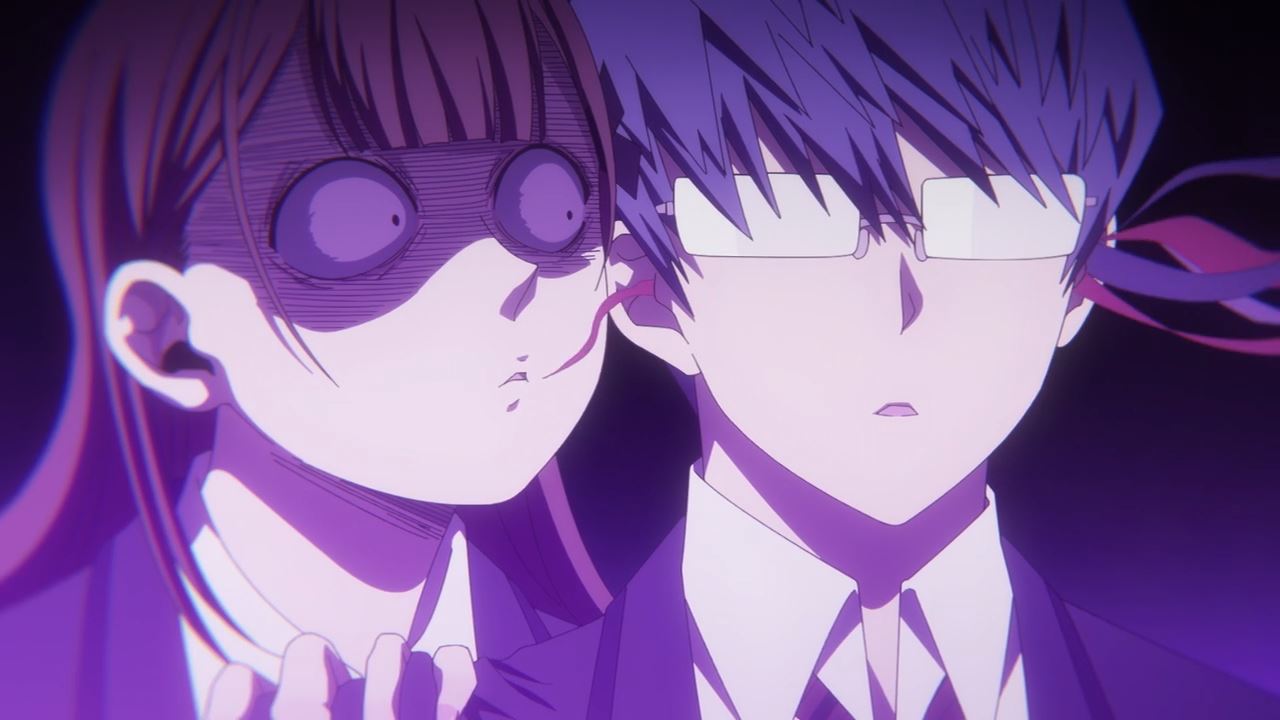 Oh and when he tried to approach Komi-san, Ren Yamai and the Komi Protection Squad will defend their goddess from this narcissist.

Speaking of Yamai-san, she’s trying to threaten Naruse-kun with mere words, kind of like how she did it to Tadano-kun back then. Anyways, Shisuto Naruse couldn’t get closer to the goddess. 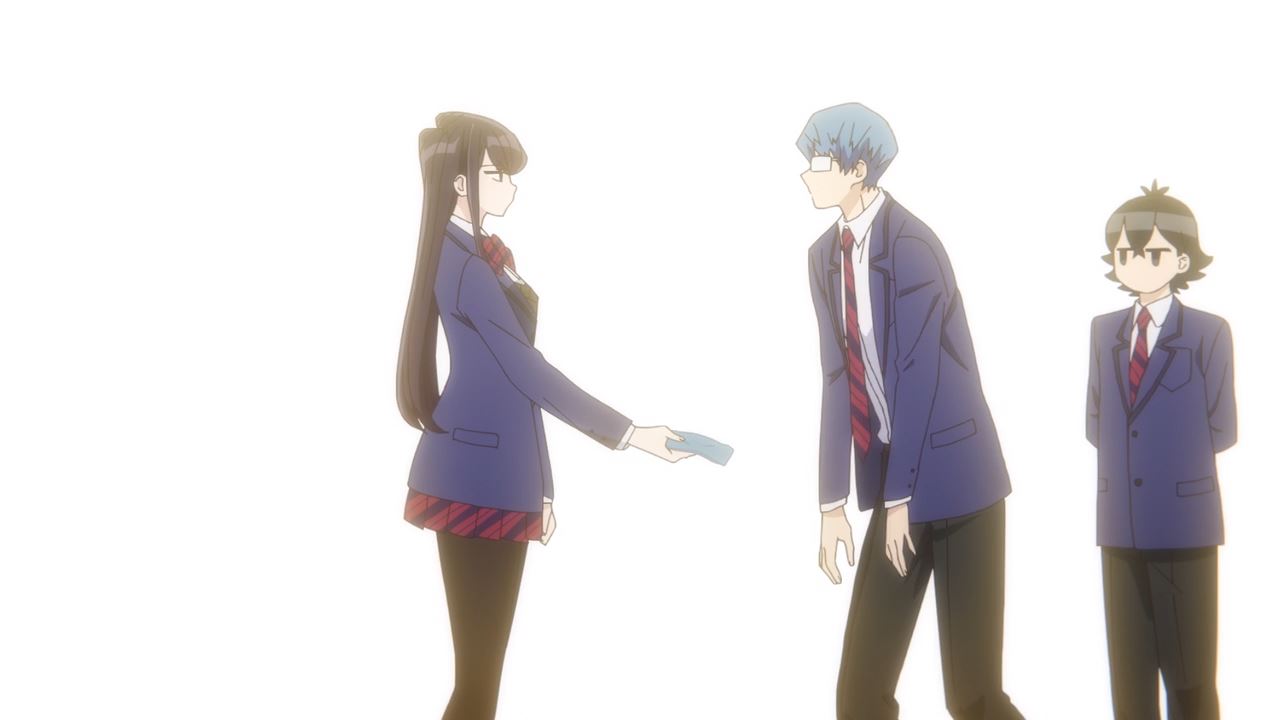 That’s until Shouko Komi approaches Shisuto Naruse when she return his handkerchief. For Naruse-kun, it his destiny to meet the goddess of his life. 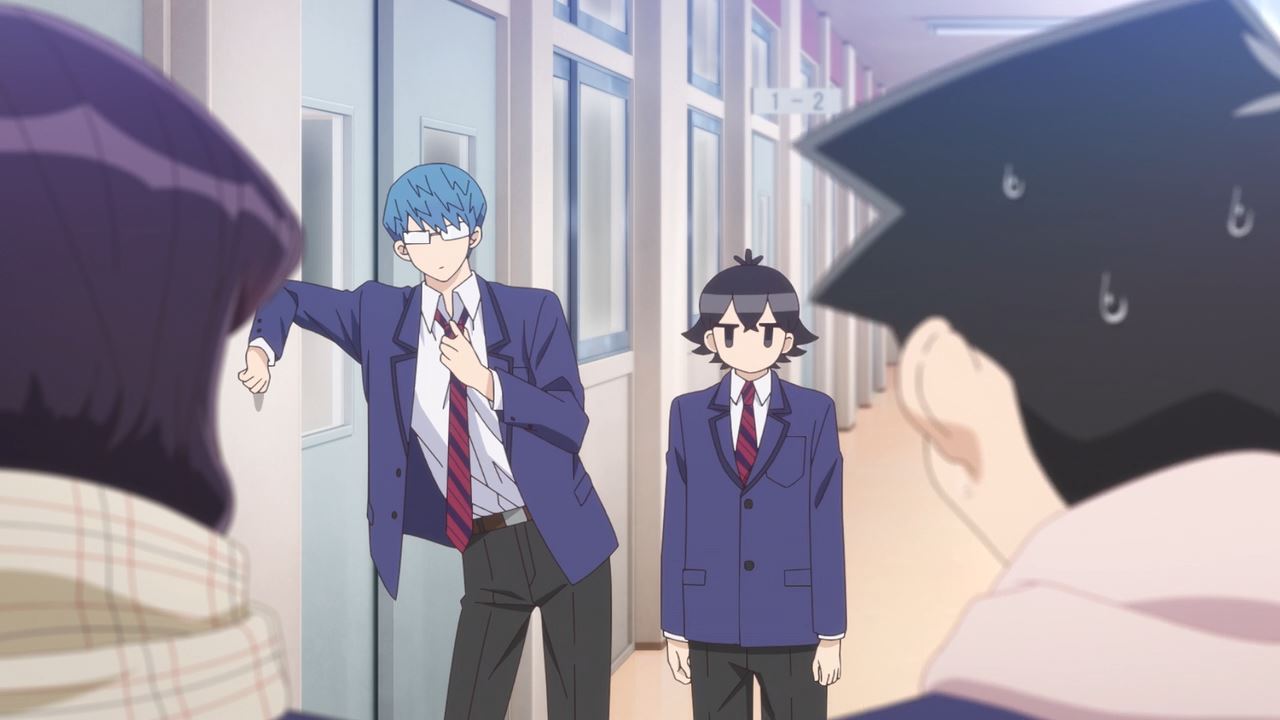 And the next day, he’s pretty much trying to have a conversation with Komi-san, although she’s too shy to talk to a narcissist. 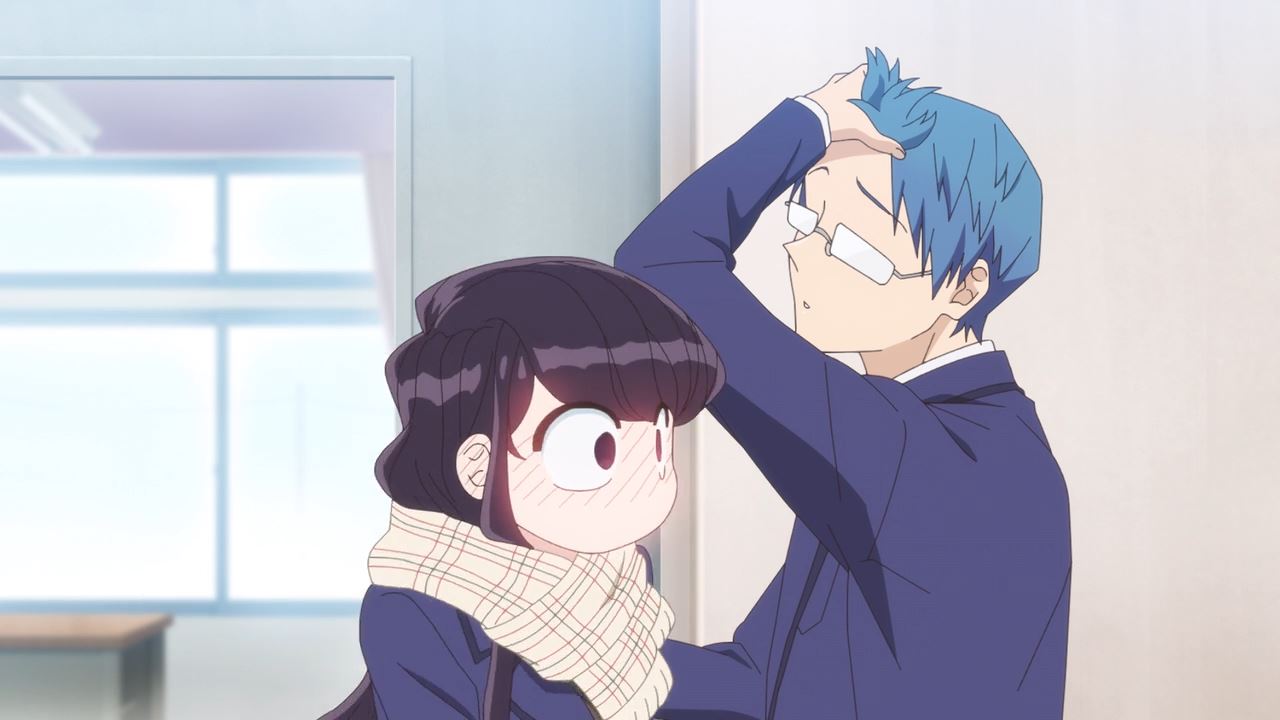 See, even Shouko Komi couldn’t approach Shisuto Naruse due to his cool appearance. Man, I think Naruse-kun should drop the narcissist act for once when approaching Komi-san. 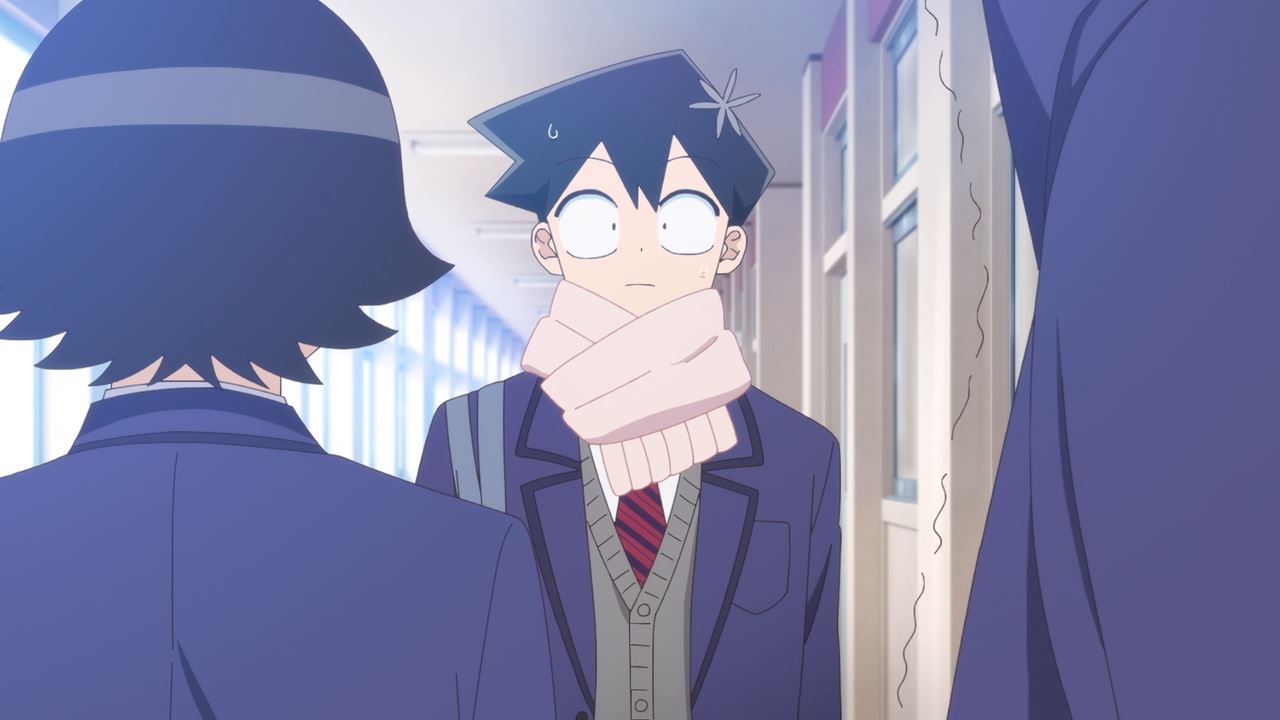 Oh yeah, here’s Hitohito Tadano where he was told by Chuusaku Komitani that despite being a narcissist, Shisuto Naruse is actually a friendly guy.

Well then, looks like Komi-san gained some friends I guess. Oh and as for Naruse’s status as the male protagonist? Let’s just say that he won’t be sticking it for the long run. 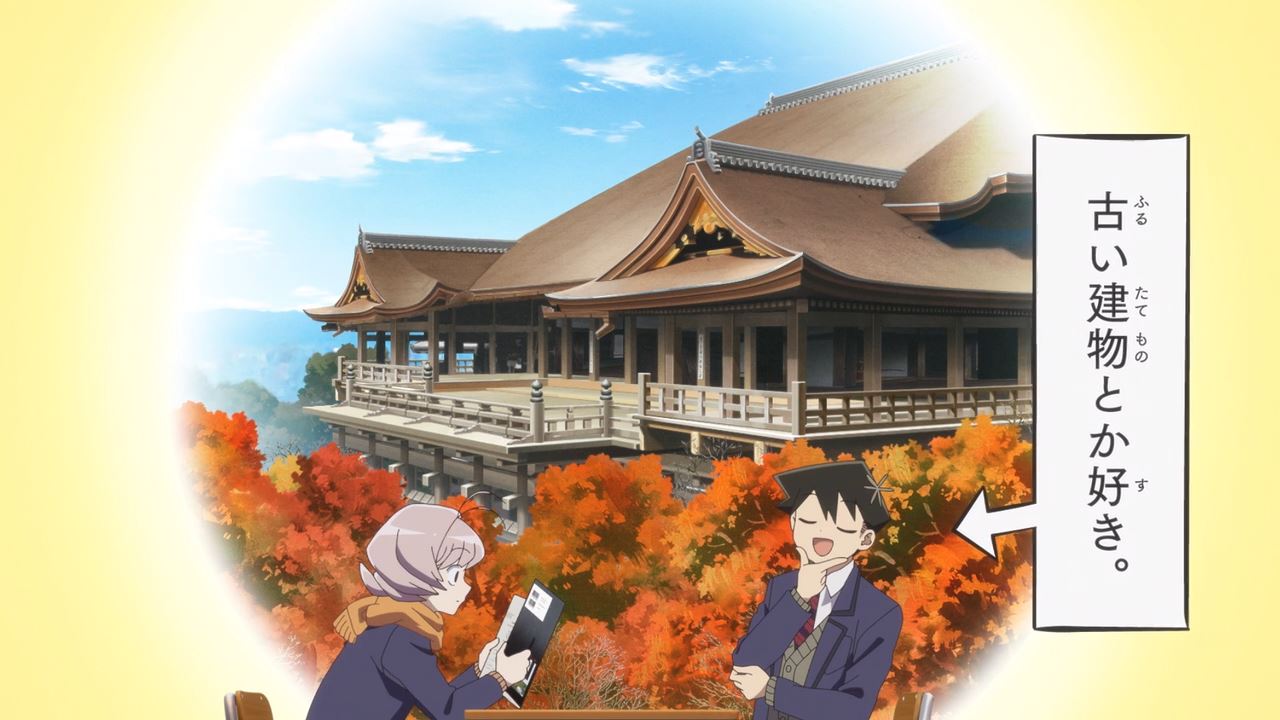 Now then, looks like Tadano-kun and his fellow classmates are excited for their school trip in Kyoto. Heck, even Najimi Osana is very eager to try all the delicacies and buy souvenirs.

Of course, there’s one person who’s not looking forward to the upcoming school trip… 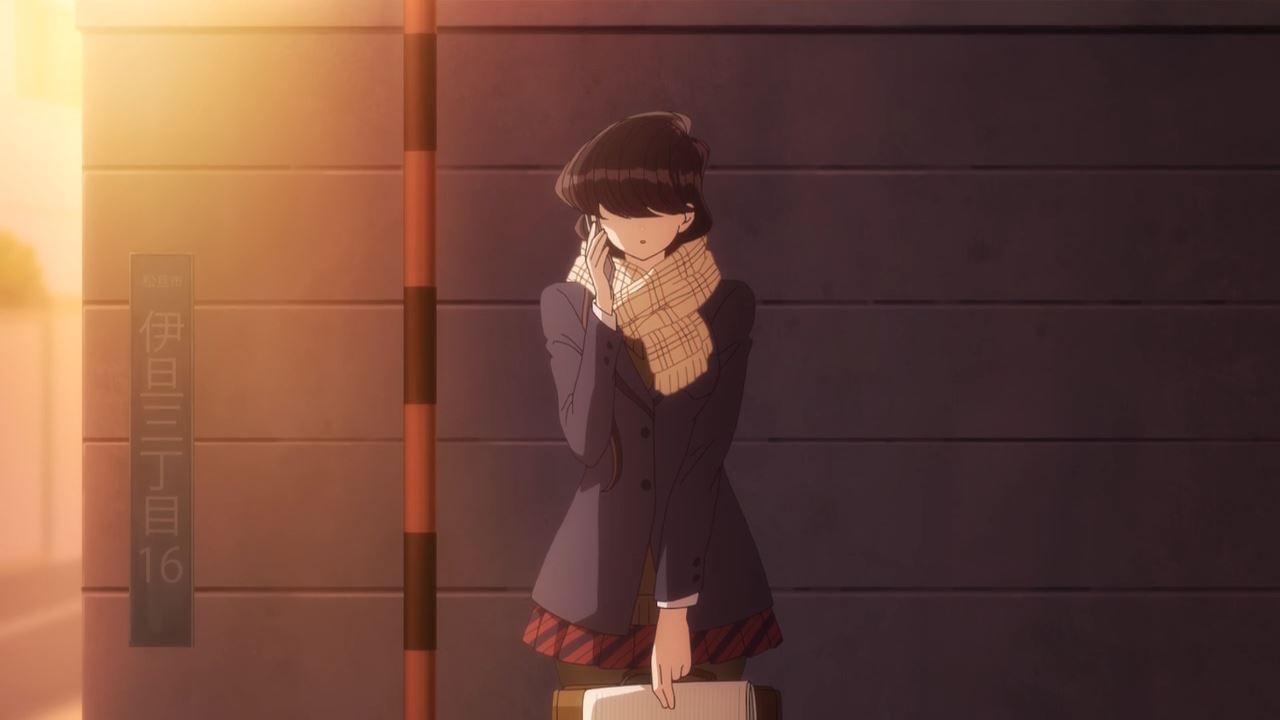 And that’s Shouko Komi where she called Tadano-kun about her bad experience since middle school. Oh boy, I’m gonna hear something sad from Komi-san. 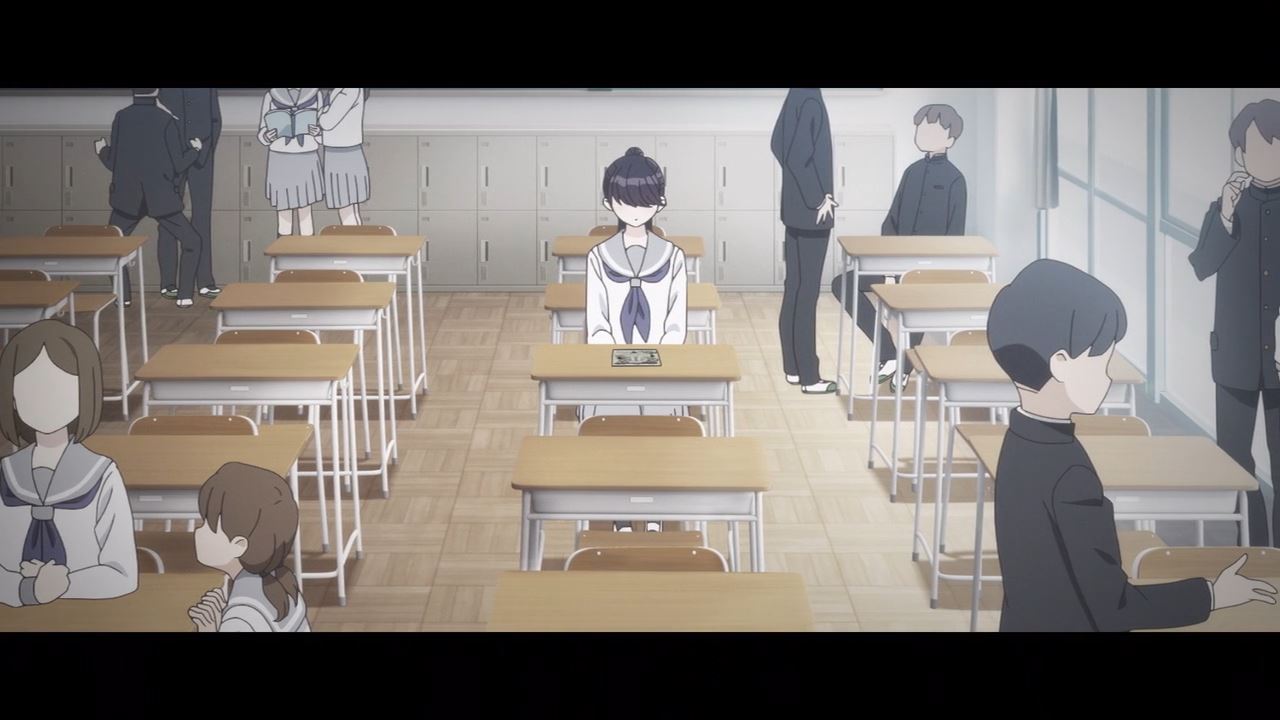 Turns out that she was left alone back in middle school where no one talks to her. And when Shouko Komi was put to a group of people, they don’t bother talking to Komi-san that she decided not to attend the school trip.

I have to say that Komi’s middle school days is pretty depressing due to her communication disorder, but it’s no longer the case since Shouko Komi made friends like Hitohito Tadano. 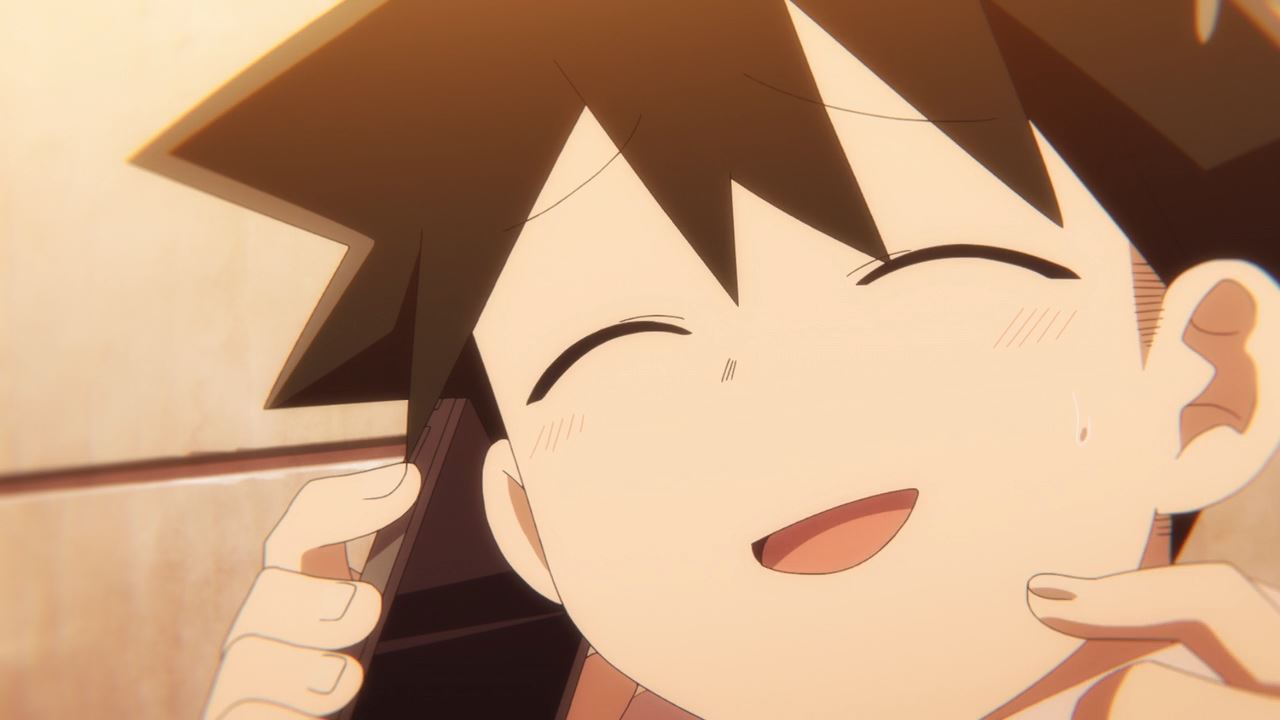 Speaking of Tadano-kun, he’ll accompany Komi-san to Kyoto as he wants her to enjoy the school trip. That’s nice to hear from Tadano-kun! 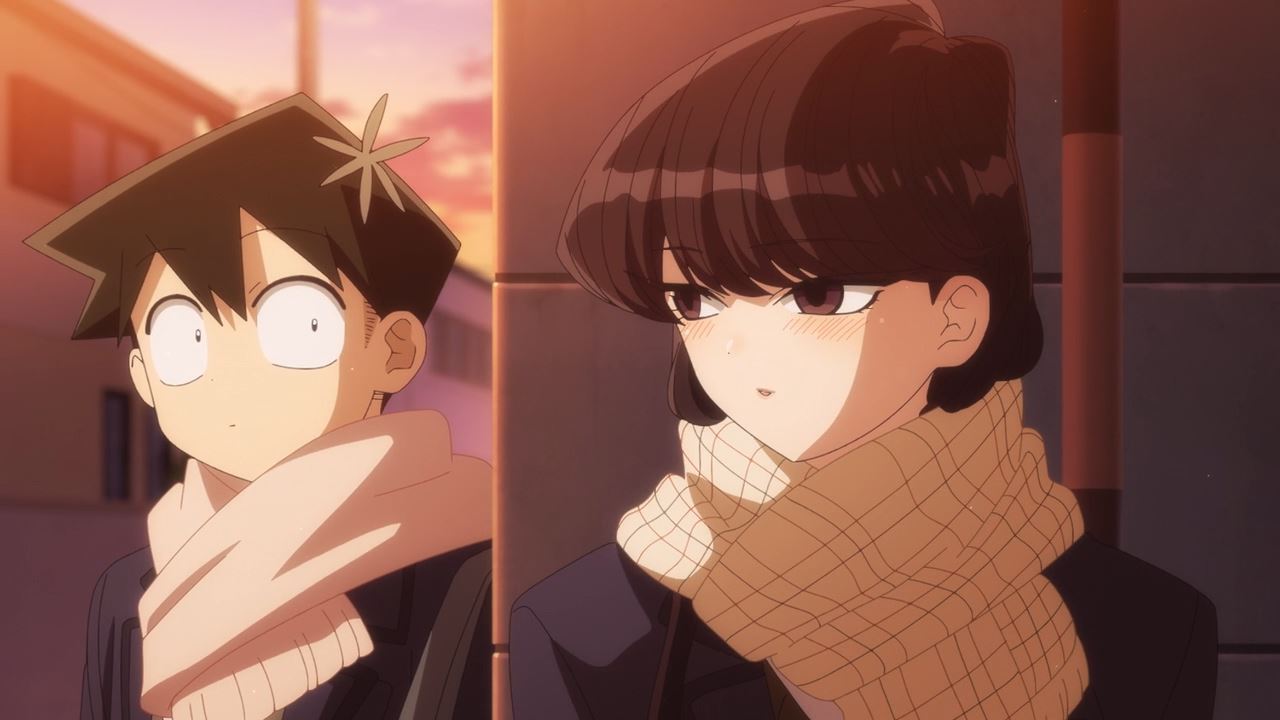 But yeah, looks like Shouko Komi will be joining in her first school trip in Kyoto. Then again, there’s a problem and it’s not just Tadano-kun who’ll accompany her. 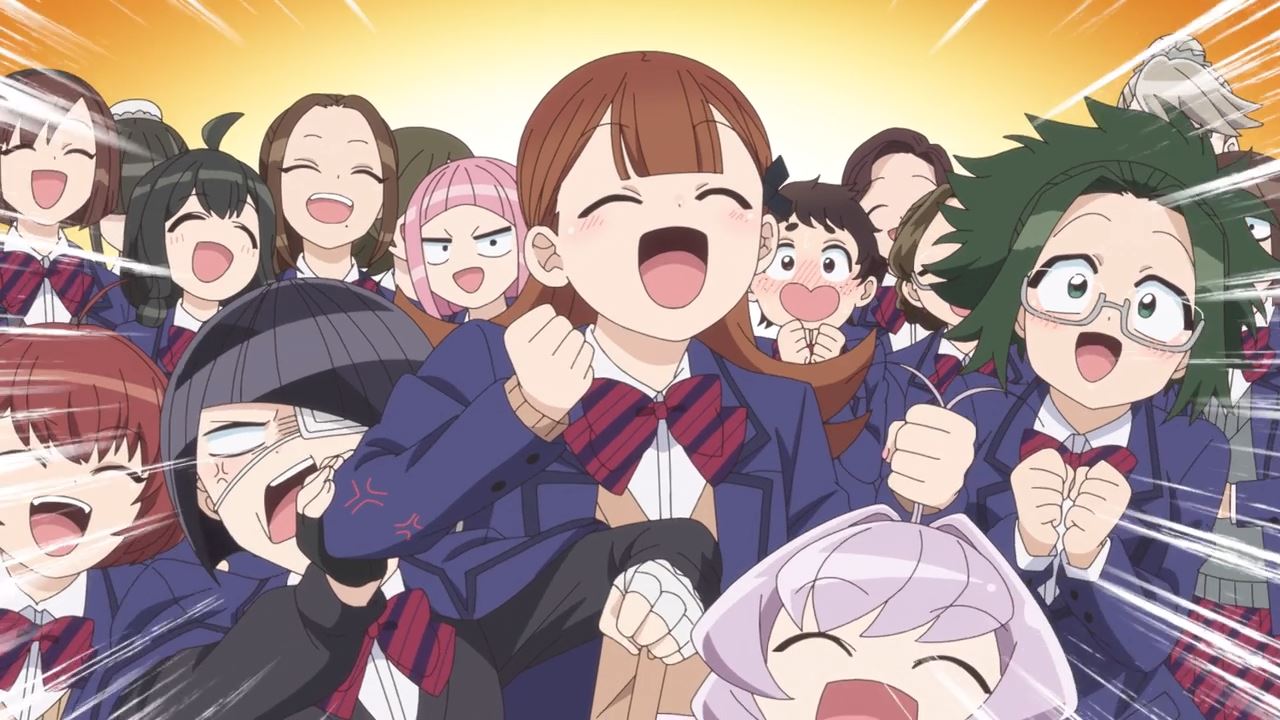 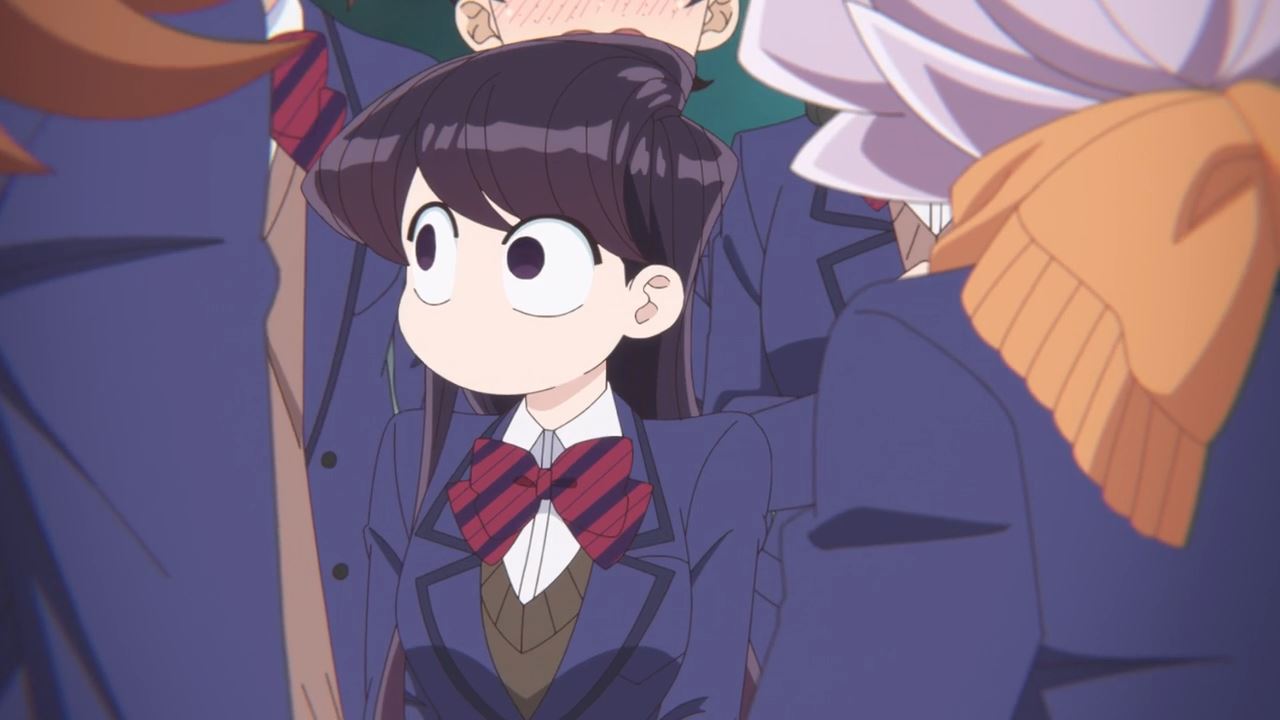 Rather, it’s everyone who wants to join Komi-san that the homeroom teacher decides to have a lottery to see who will form a group with the Goddess of Itan Private High School.

Let’s hope that Tadano-kun will join Komi’s group on the next episode ’cause she feel even more awkward during the school trip in Kyoto!