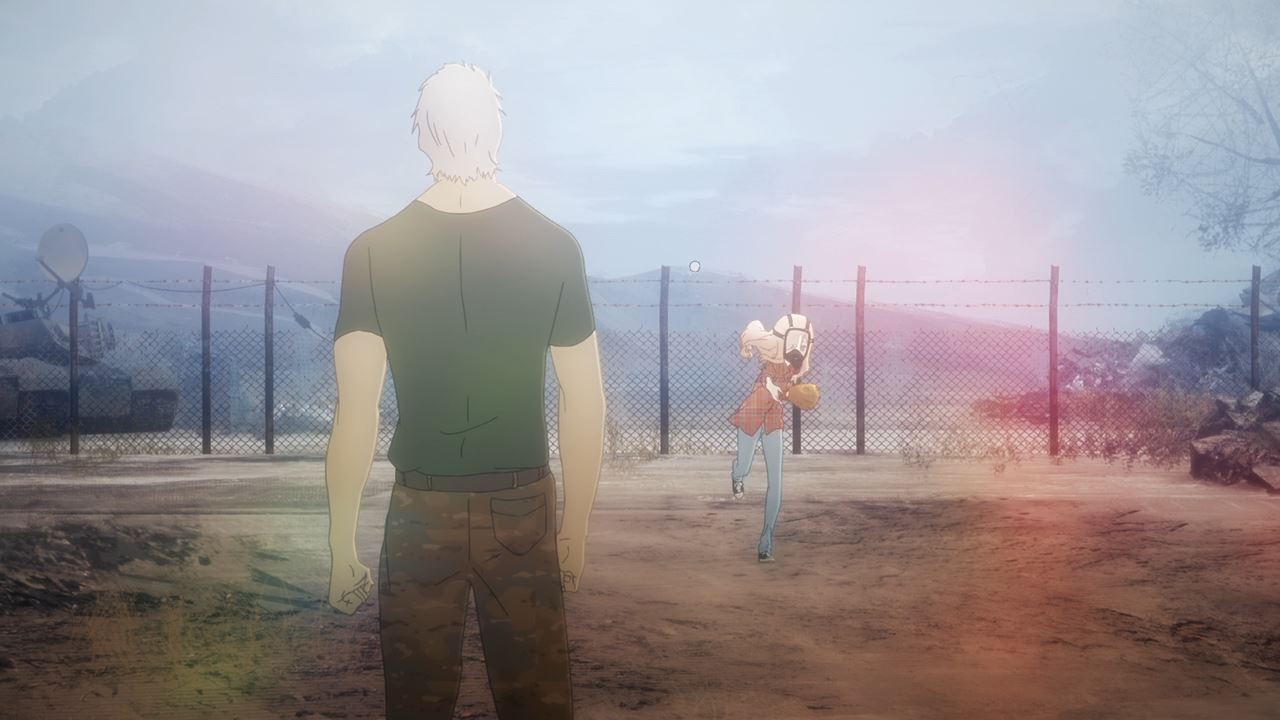 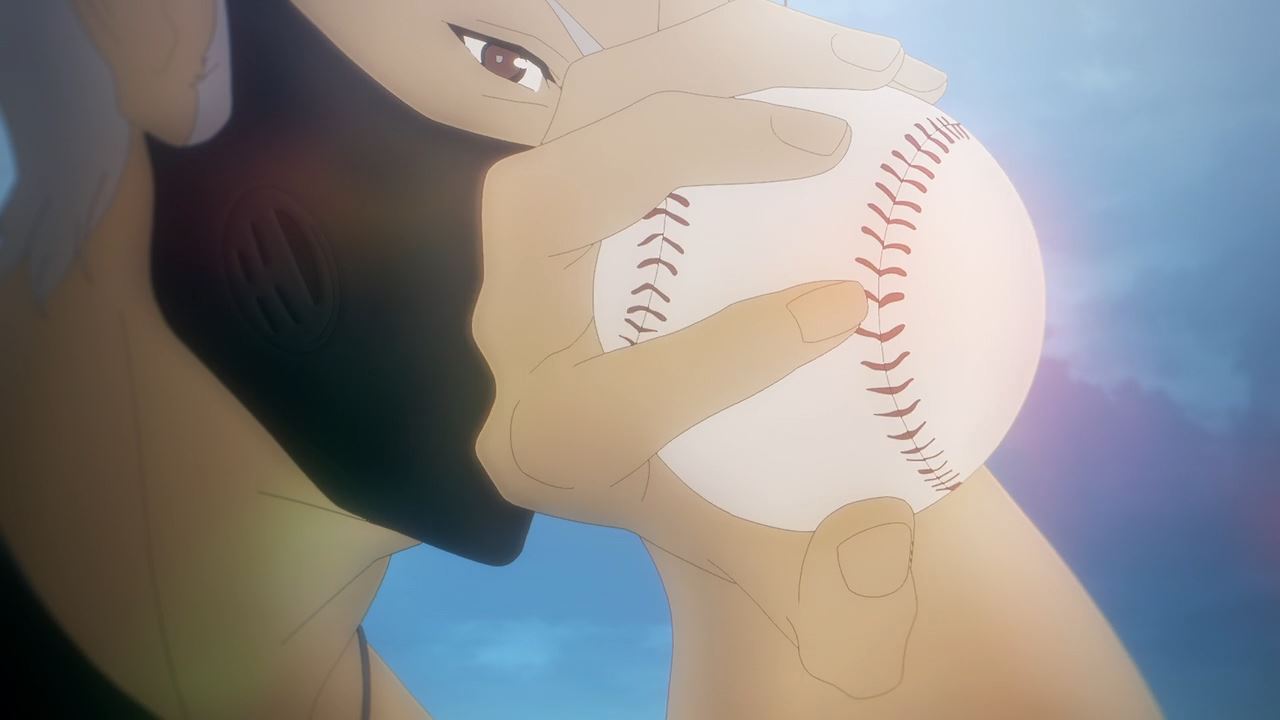 Let’s begin with a flashback where the Colonel plays catch ball with his daughter Charlotte.

While he believes that his daughter would become a great baseball player someday, her fate was already sealed thanks to Smiley and the now-defunct Educational Institute. 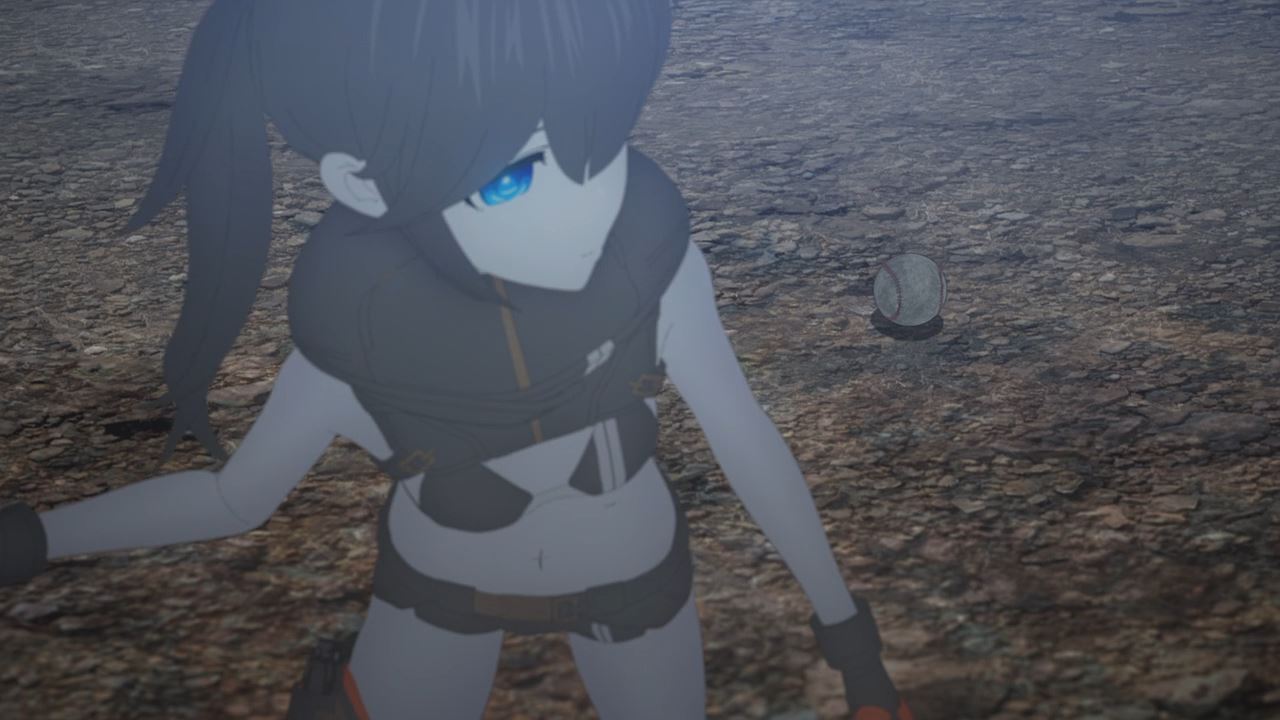 Now then, it’s time for Black Rock Shooter and her allies to reach their objective after destroying Smiley’s cult.

However, it appears that Empress’ sentient vehicle Black Trike got a bit of a snag where it needed some drastic repairs, although resources are limited in this post-apocalyptic world so they scrounge for parts… until Black Rock Shooter found a baseball. 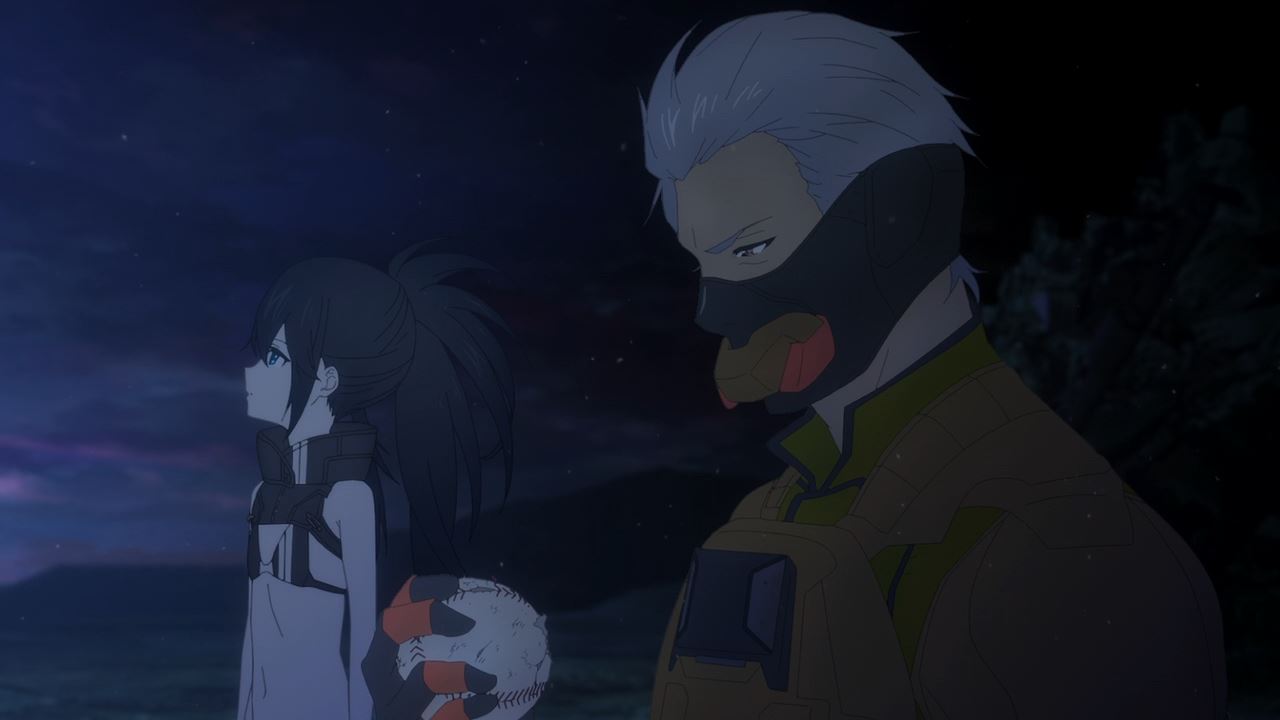 And when the Colonel pick up the baseball, he told the Empress that it reminds him of the time he played catch ball with Charlotte.

Of course, I have a feeling that Charlotte won’t remember who she was before due to Smiley and Lunatic’s modifications to her body. 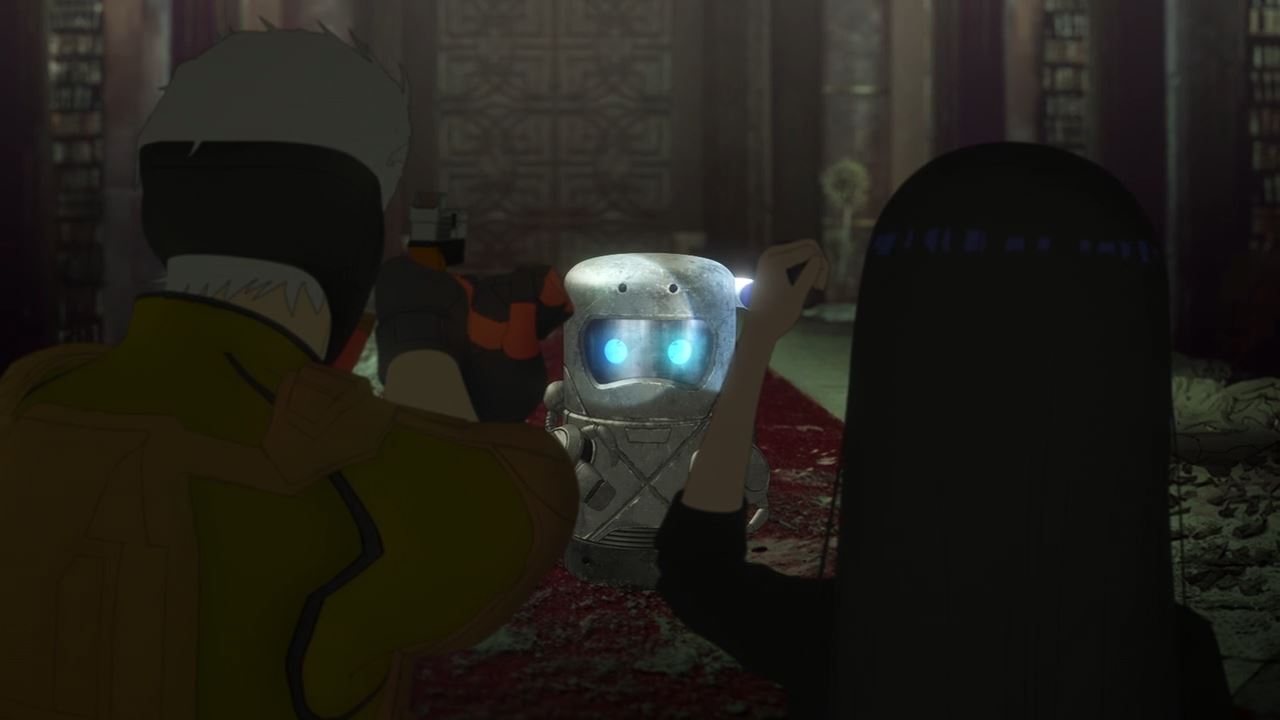 Now let’s move onto the next scene where they went to an abandoned library belonging to the Peacebuilding Corps in hopes of finding useable materials to fix the Black Trike.

Of course, I lied about the abandoned part as the library is being taken care of by an old robot named Andy. Unlike Artemis’ drones, Andy is not affected by the AI’s hostile directives. Anyways, the Empress and the rest will stay for the time being. 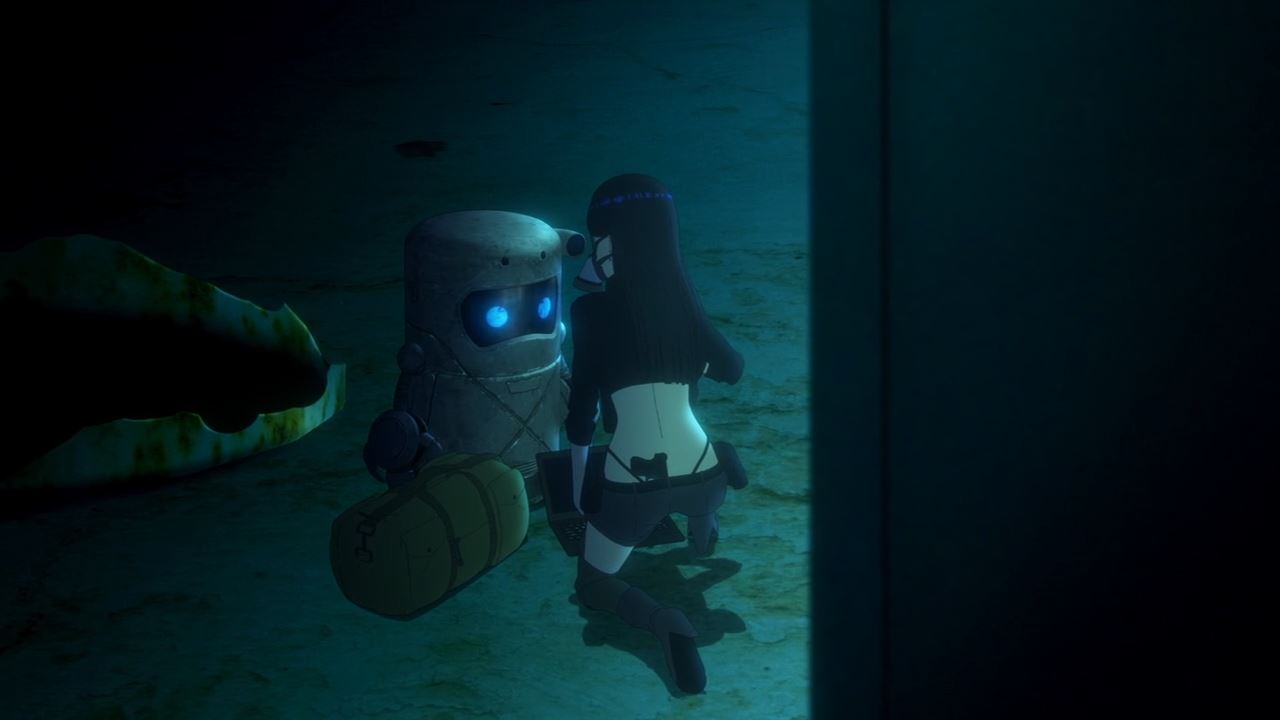 Oh yeah, here’s Monica Kaburagi where she wants to find out about the Colonel and his family. Turns out that his wife Jessica graduated from the Massachusetts Institute of Technology, but her history after graduation are all expunged.

Come to think of it, I have a feeling that Jessica played a role in creating Artemis which is why all of the records regarding her are deleted. 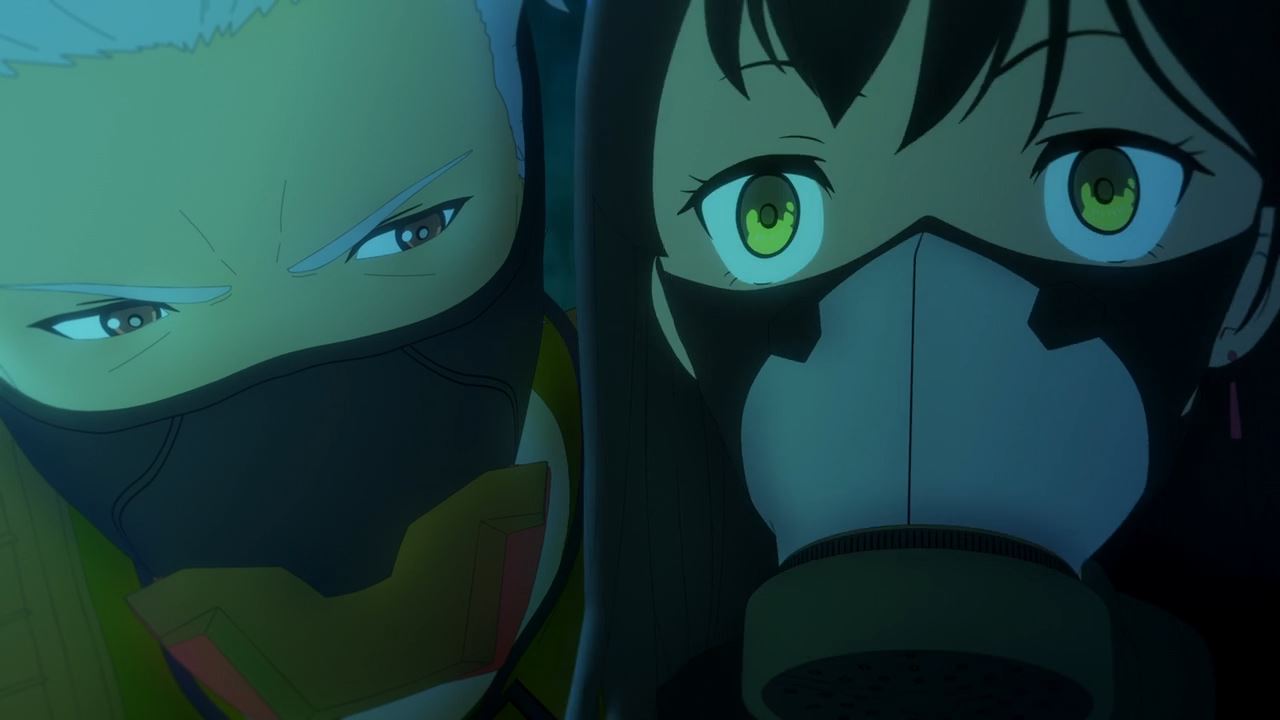 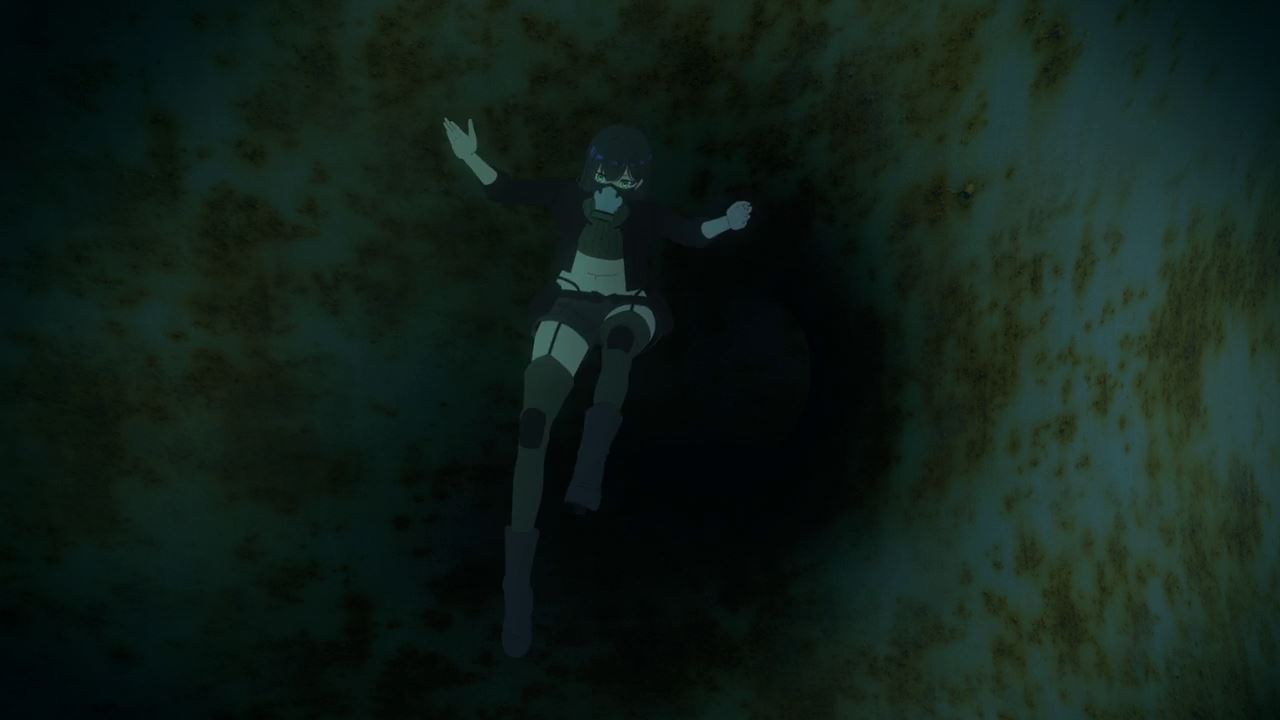 Sadly, it appears that Monica’s investigation got interrupted when the Colonel spook her out and fell down to a hole. Oh Colonel, you shouldn’t scare her like that! 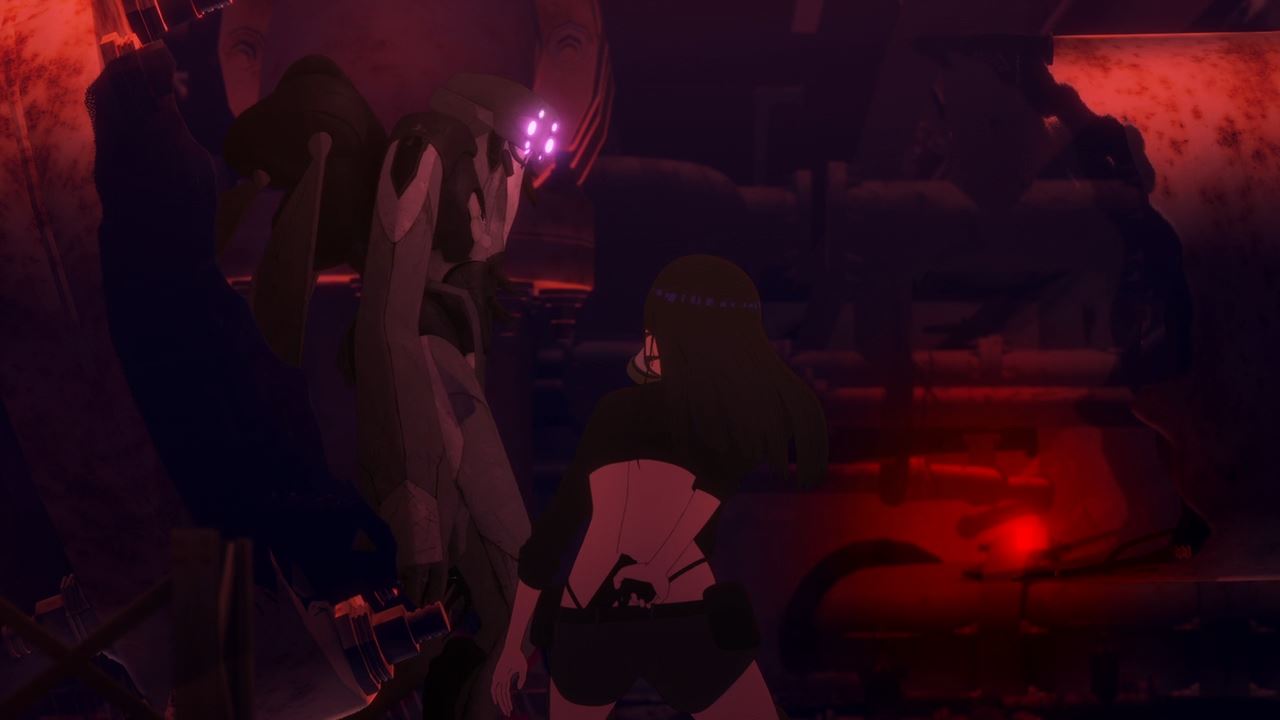 But speaking of Monica, it looks like a stray drone has appeared inside the library, meaning that she’s gonna die soon. 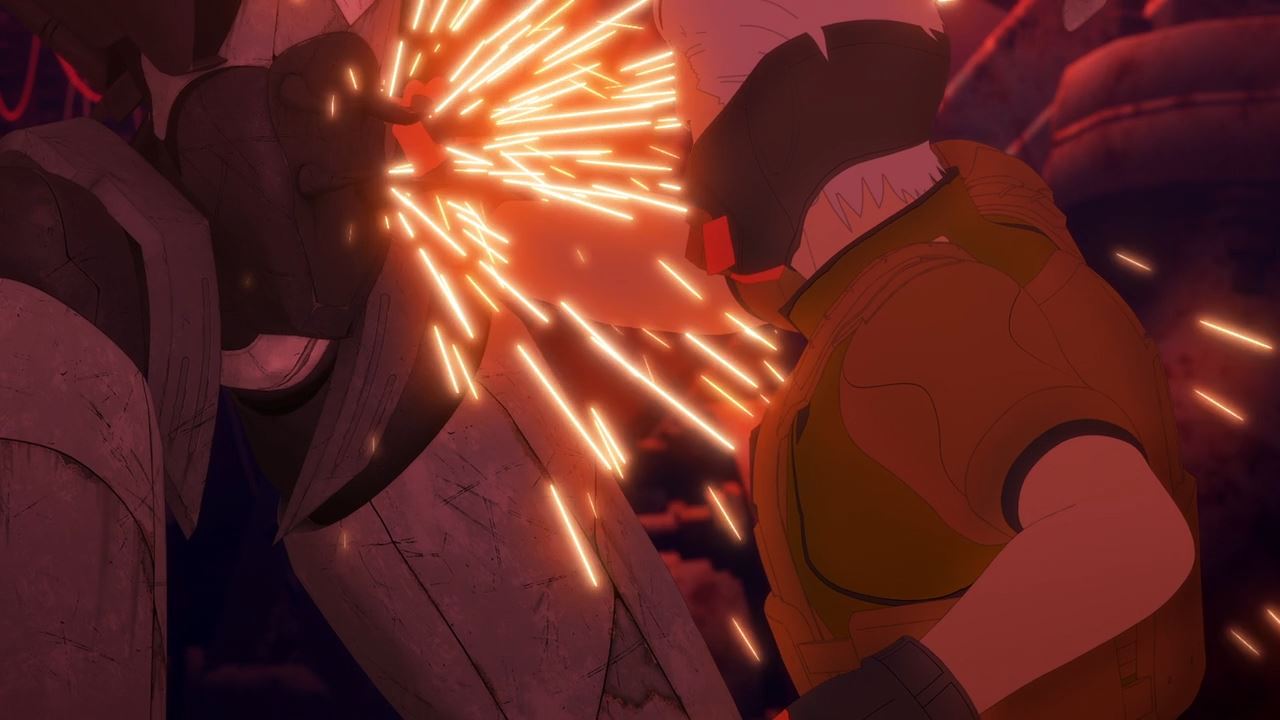 Fortunately, the Colonel took out the drone with only his knife as it turns out that it’s outside Artemis’ influence, making it easy for Colonel to destroy the drone without getting himself killed. 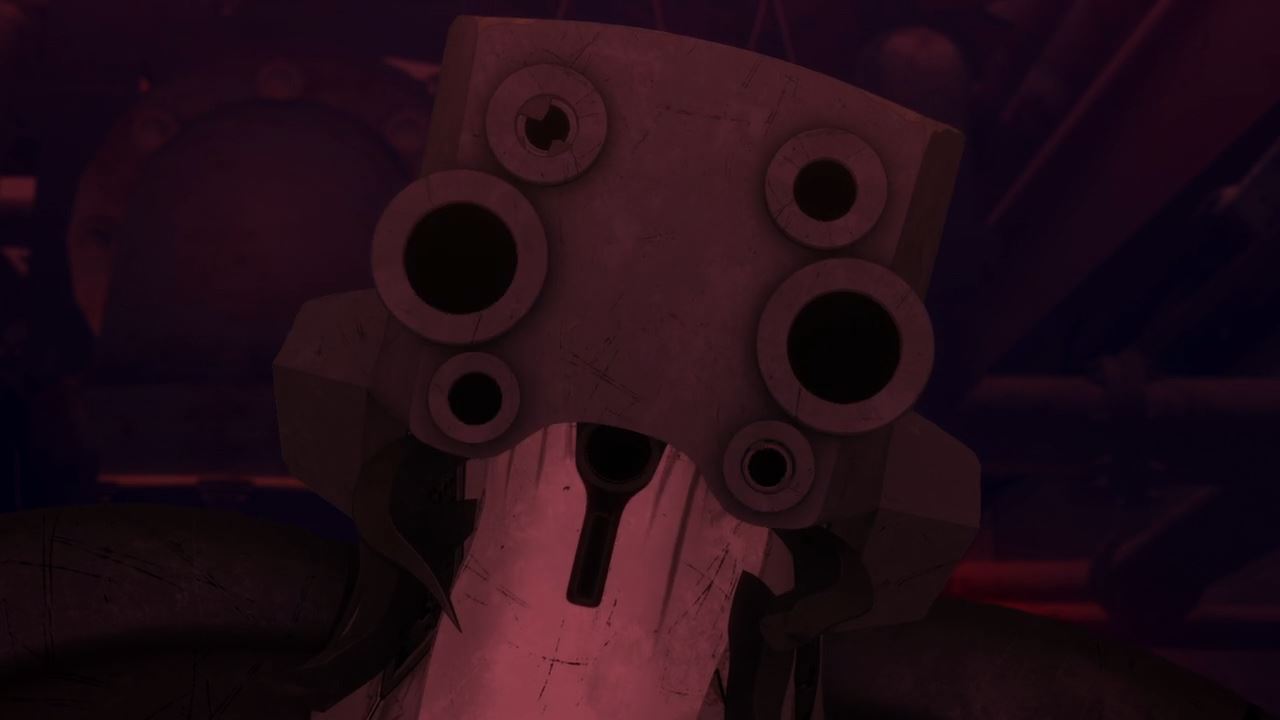 Oh yeah and about this drone? Turns out that it has a name as Andy calls it Thomas. Sadly, it’s too late to reprogram this drone as it’s already shut down. 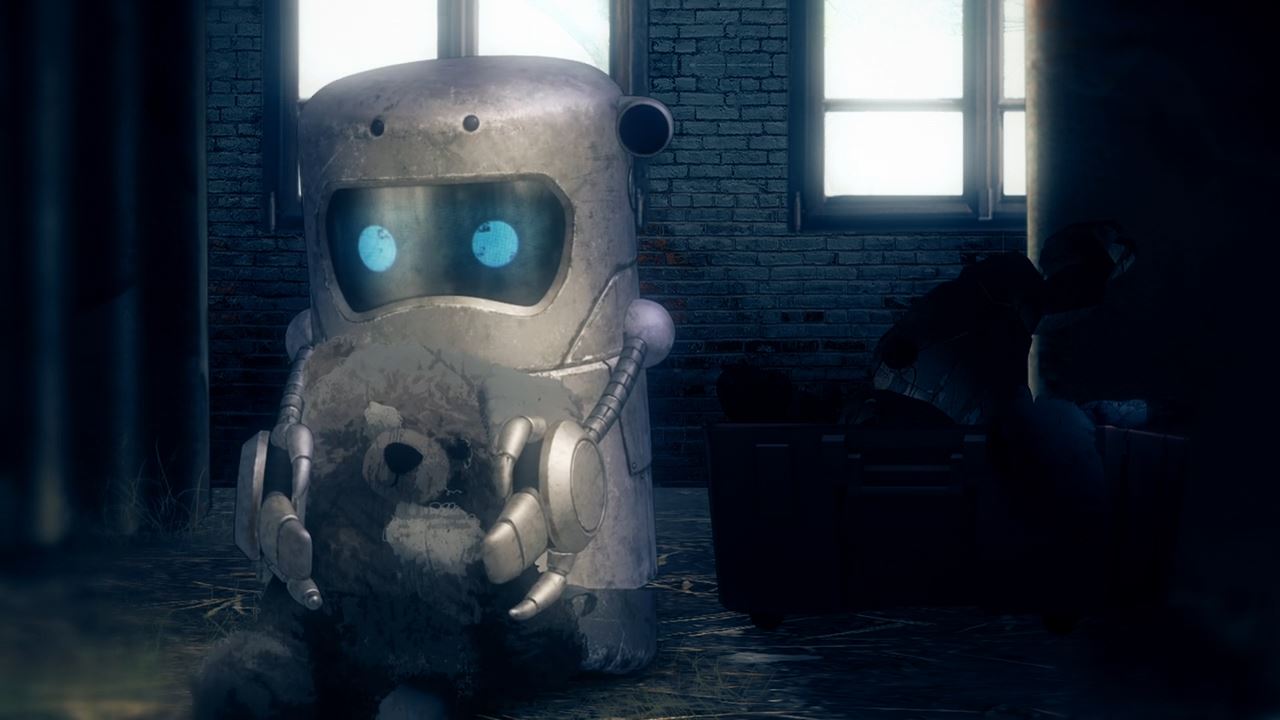 Speaking of Andy, it looks this library robot is rebuilding various stuff in order to make its own baseball team.

Baseball, huh? I wonder if Andy was created by Jessica ’cause this robot might have Charlotte’s old memories? Then again, I’ll never confirm it for sure. 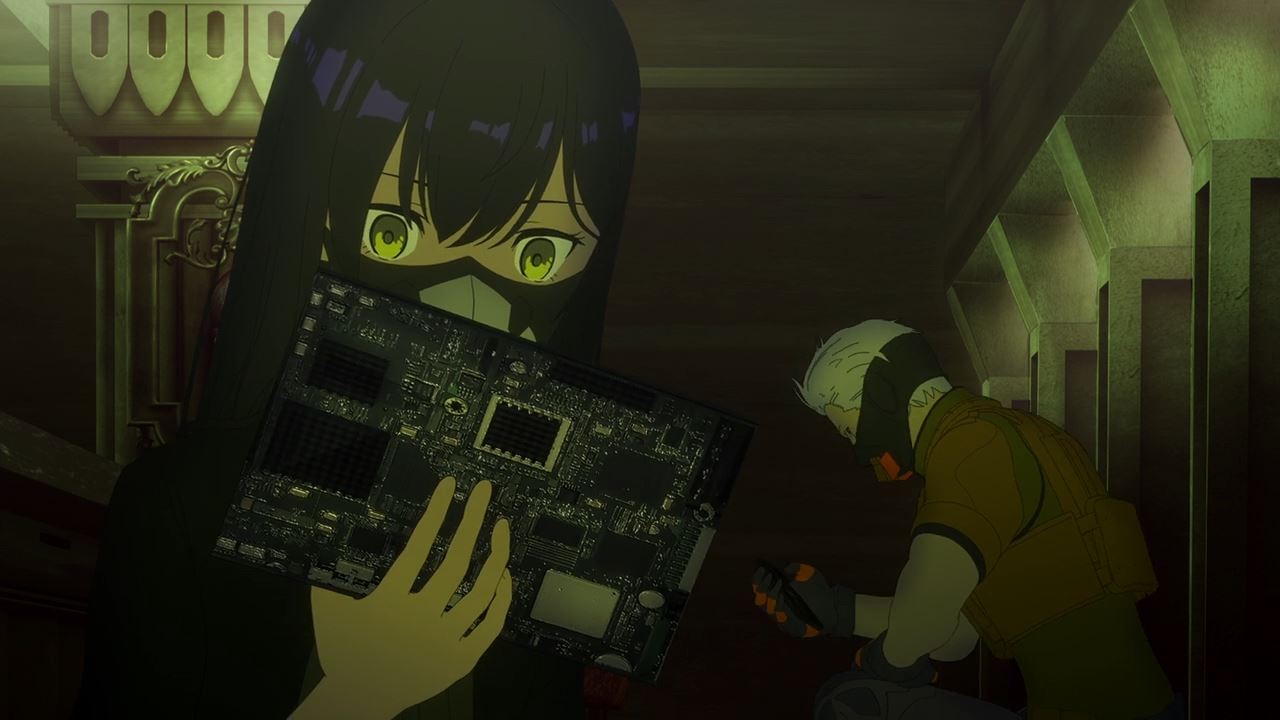 Now let’s return to Monica Kaburagi and the Colonel where they finally found some parts to fix Black Trike. 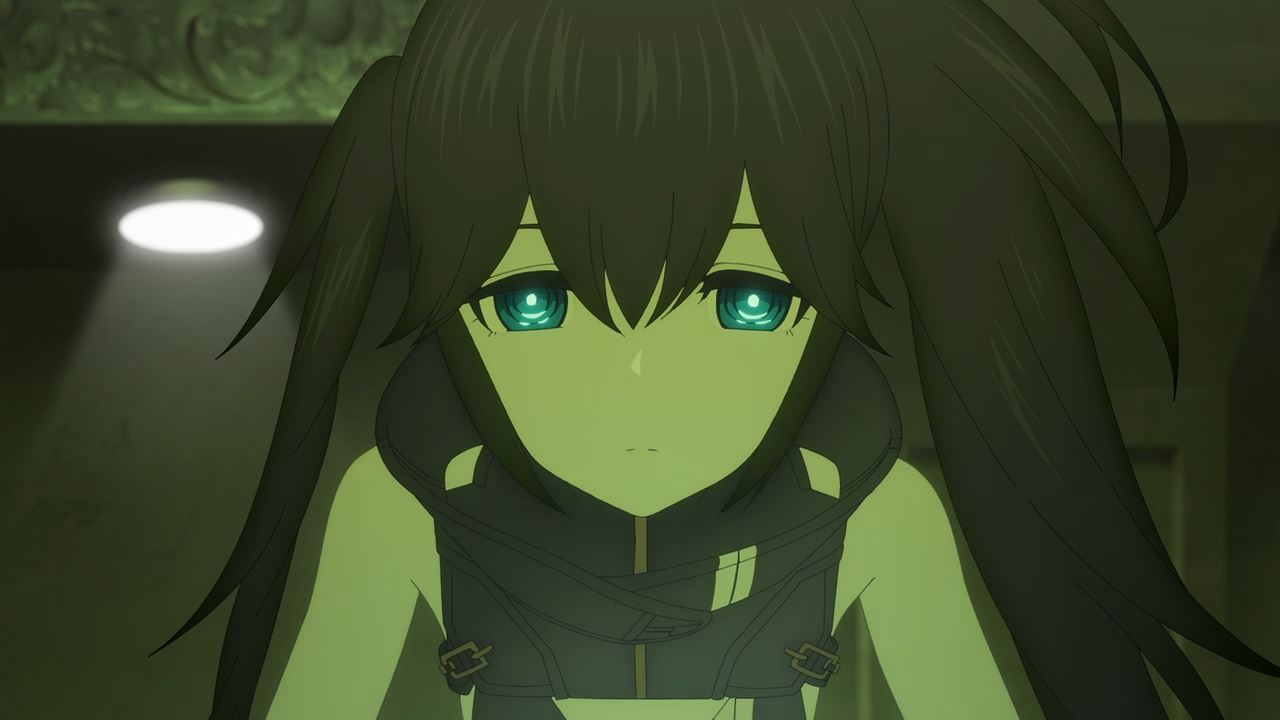 So while they’re gathering more parts, looks like Black Rock Shooter is researching about Artemis as she wants to know more on her objective as a Hemiteos Unit. 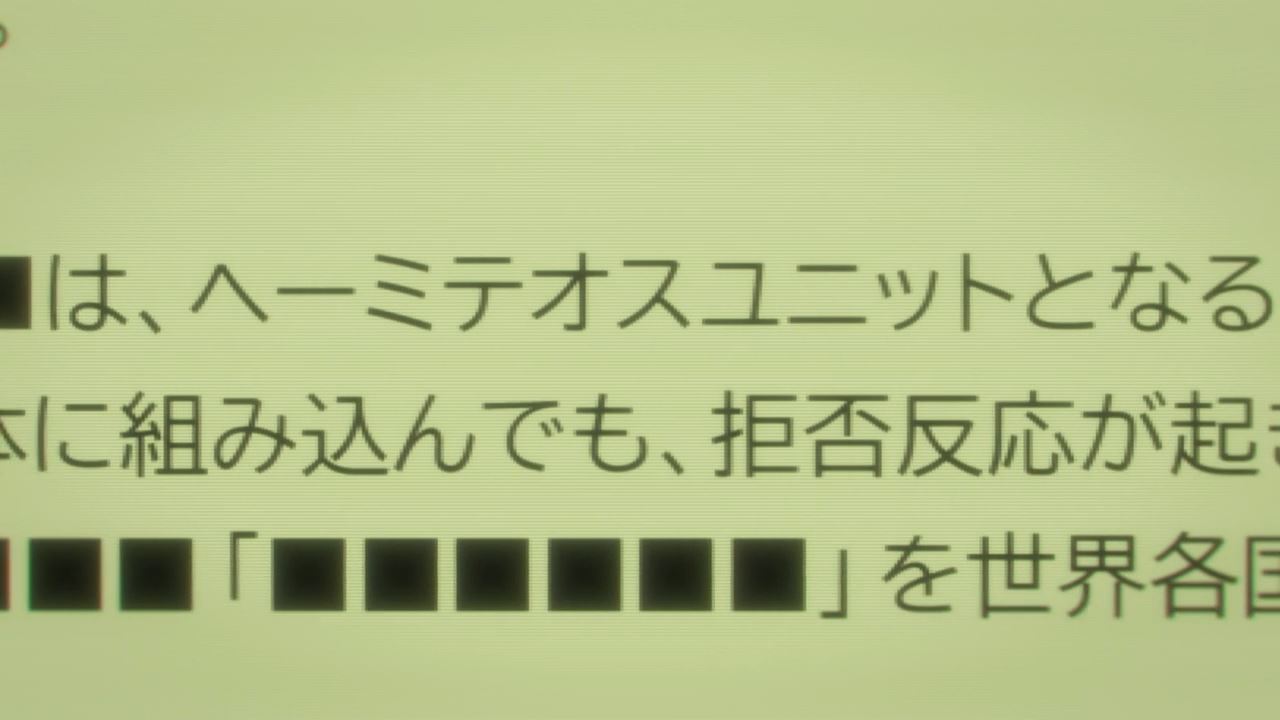 Sadly, most of the information are redacted where it only stated that Artemis was created as the backbone of the Elysion Project, achieving the highest possible score on the ethics test and commanding thousands of labor drones in wiping out humanity.

Oh yeah, there’s an interesting story regarding the Hemiteos Units as these bio-mechanical fighters possesses the gene of a demigod that grants them special abilities, but it rejects the Y chromosomes from male humans.

Unfortunately, the information regarding their creation are redacted, including the whereabouts of Lighthouse No. 8 where I have a feeling that those in charge of the Elysion Project committed heinous acts towards young girls. 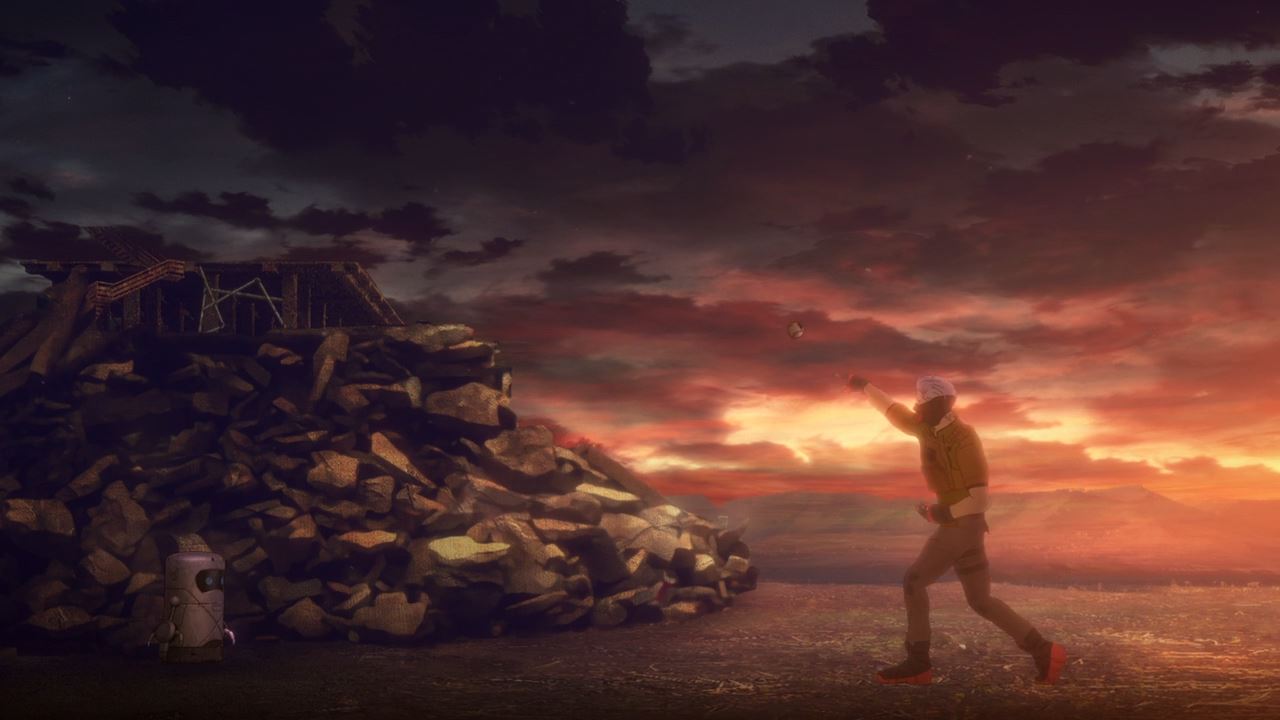 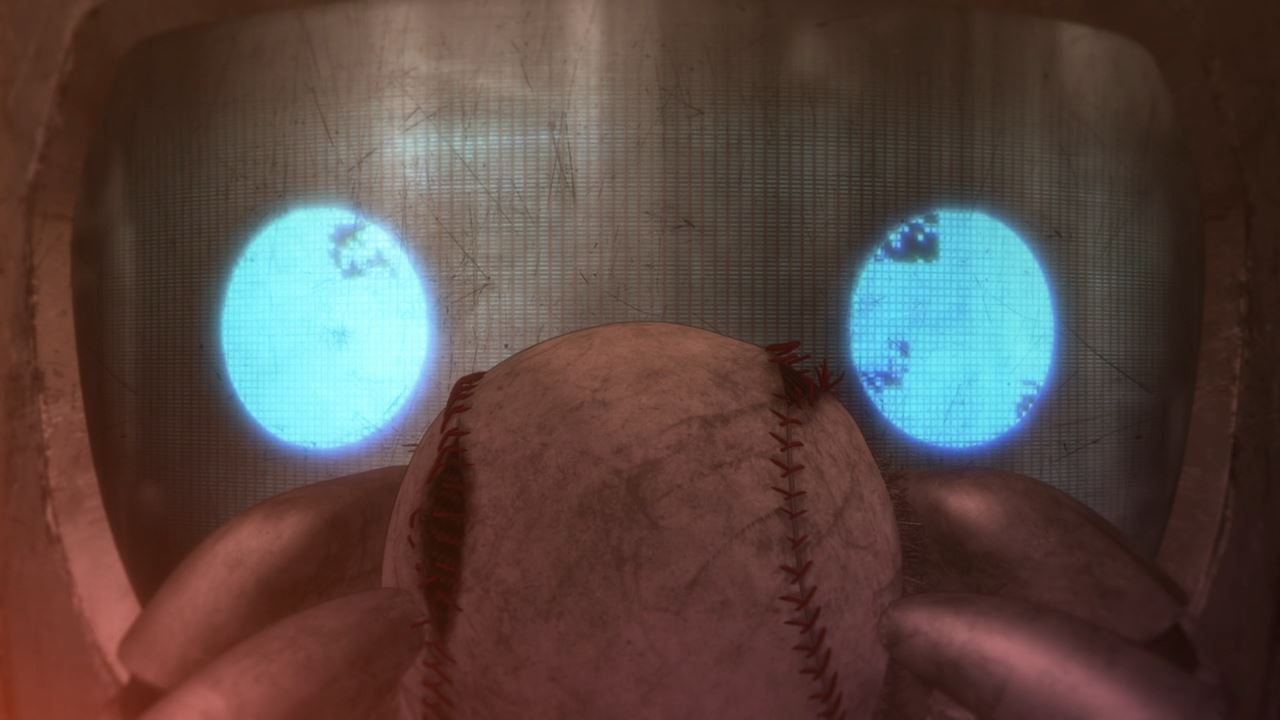 Now then, looks like they’re done getting some parts from the library as it’s time to take their leave, but not before the Colonel gave Andy a baseball as he promised to bring some bats someday.

Isn’t it nice that the Colonel is helping Andy to achieve the robot’s dream of making its own baseball team? 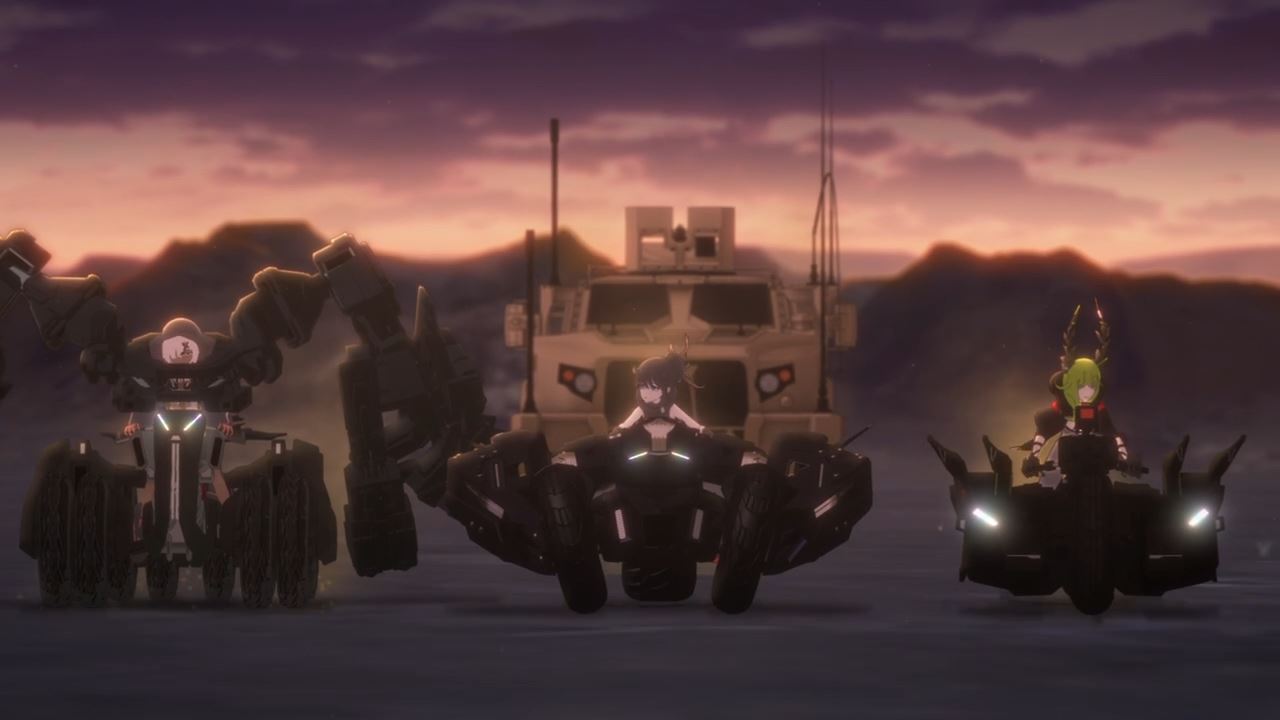 As for their destination? I have a feeling that they’ll head straight to the orbital elevator as Black Rock Shooter is somewhat disappointed that she won’t find any answers once she arrives at Lighthouse No. 8. 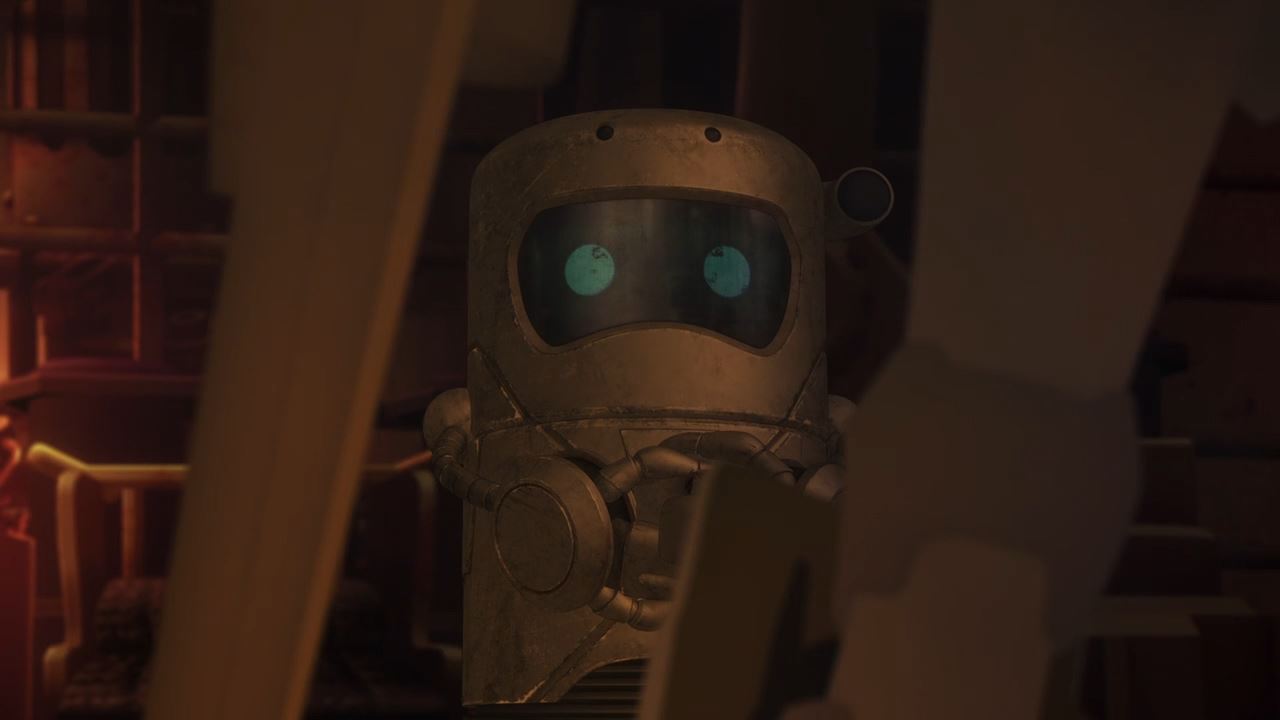 One last thing, looks like Andy got a new guest, Oh I wonder who could that- 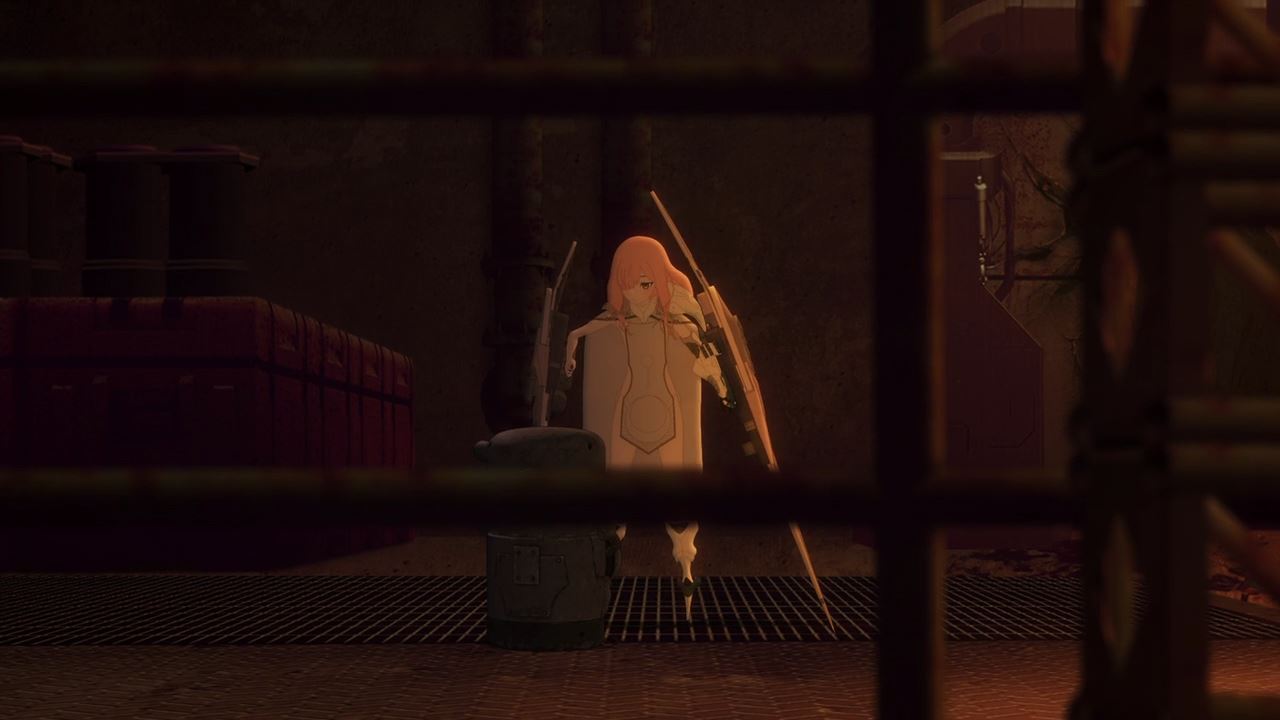 Oh shit, isn’t that Charlotte over there? Not only that, but did she destroyed Andy just because the library robot made friends with the Empress!?

You know what, I think Charlotte is beyond salvation as her loyalty with Smiley will remain until death. Anyways, I’ll see you next time!