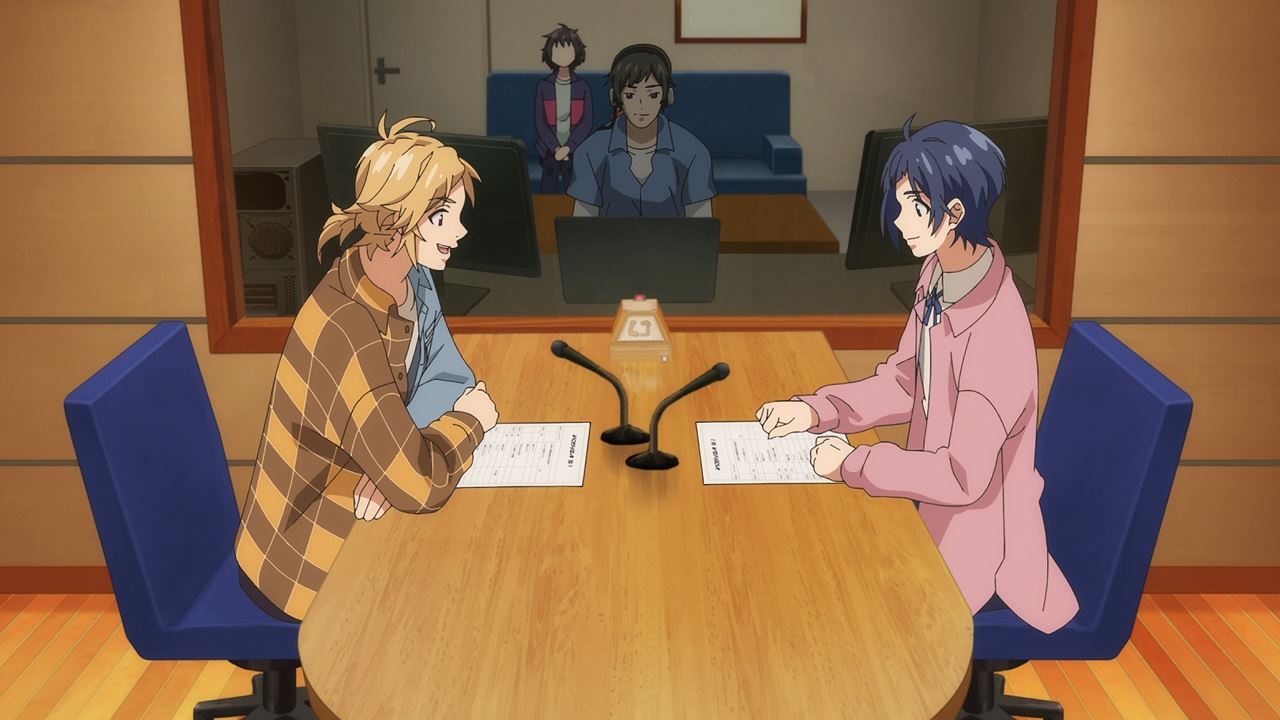 Oh look, it’s both Aizo Shibasaki and Yujiro Someya from LIP x LIP where they have their own radio show, answering questions from their fans.

And by the way, they’re gonna participate in an athletics meet at their local school. How nice of them! 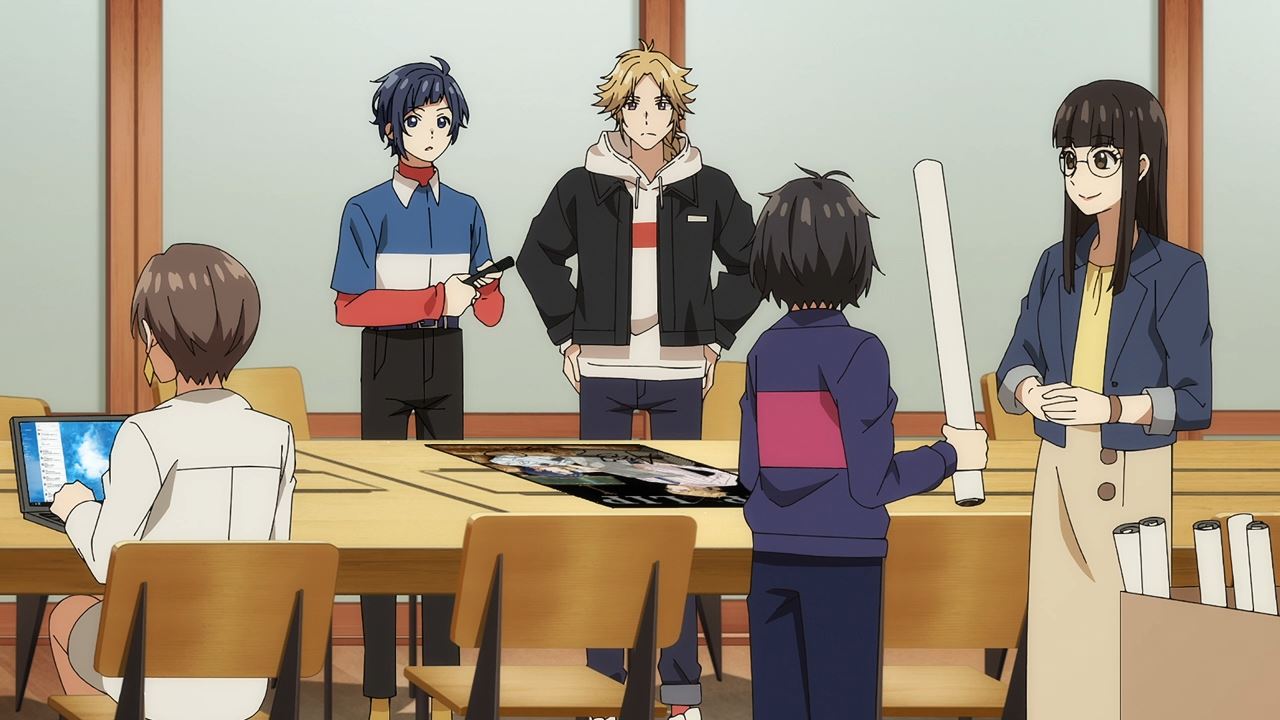 Except that it’s actually a lie as both Yujiro and Aizo think that attending a sports festival is a waste of time.

Really you two? I can’t believe that you’re gonna skip field day because you’re busy with idol work. Honestly, they’ll regret it as both boys will realize that they had a sad teenage life. 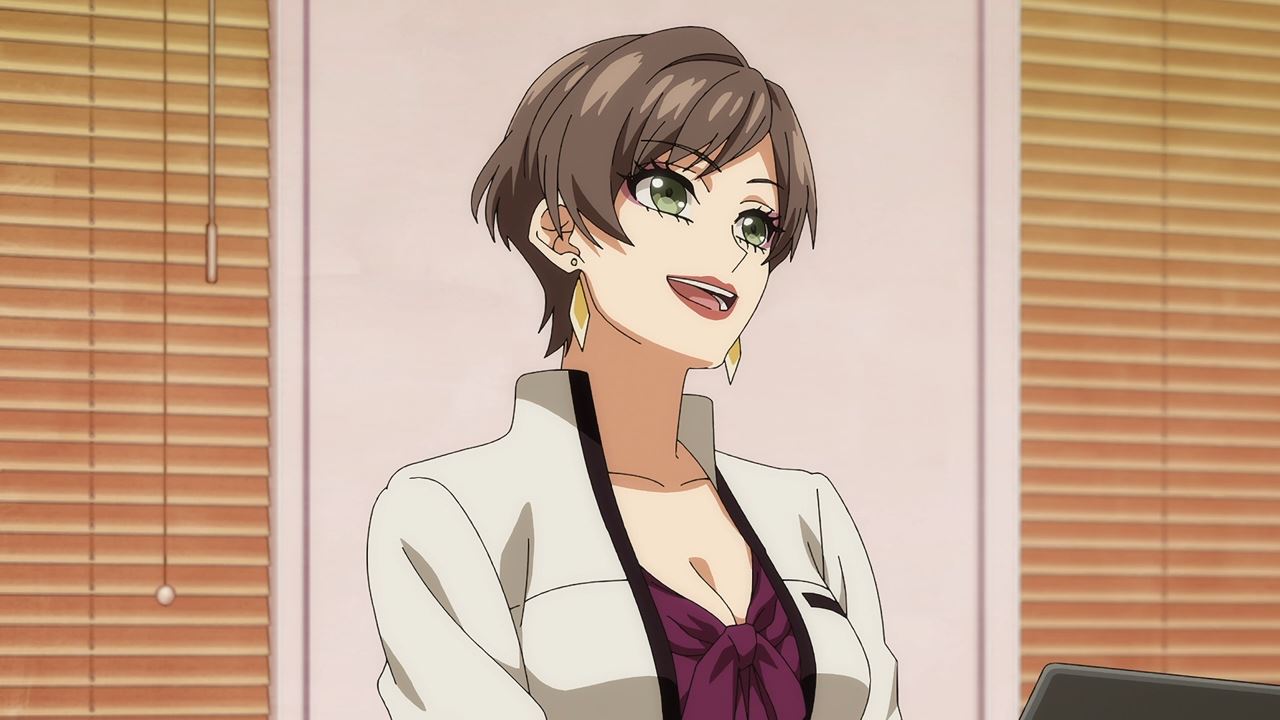 So, Rei Tamura told them to participate in the sports festival ’cause it’s once-in-a-lifetime opportunity to enjoy their high school life. 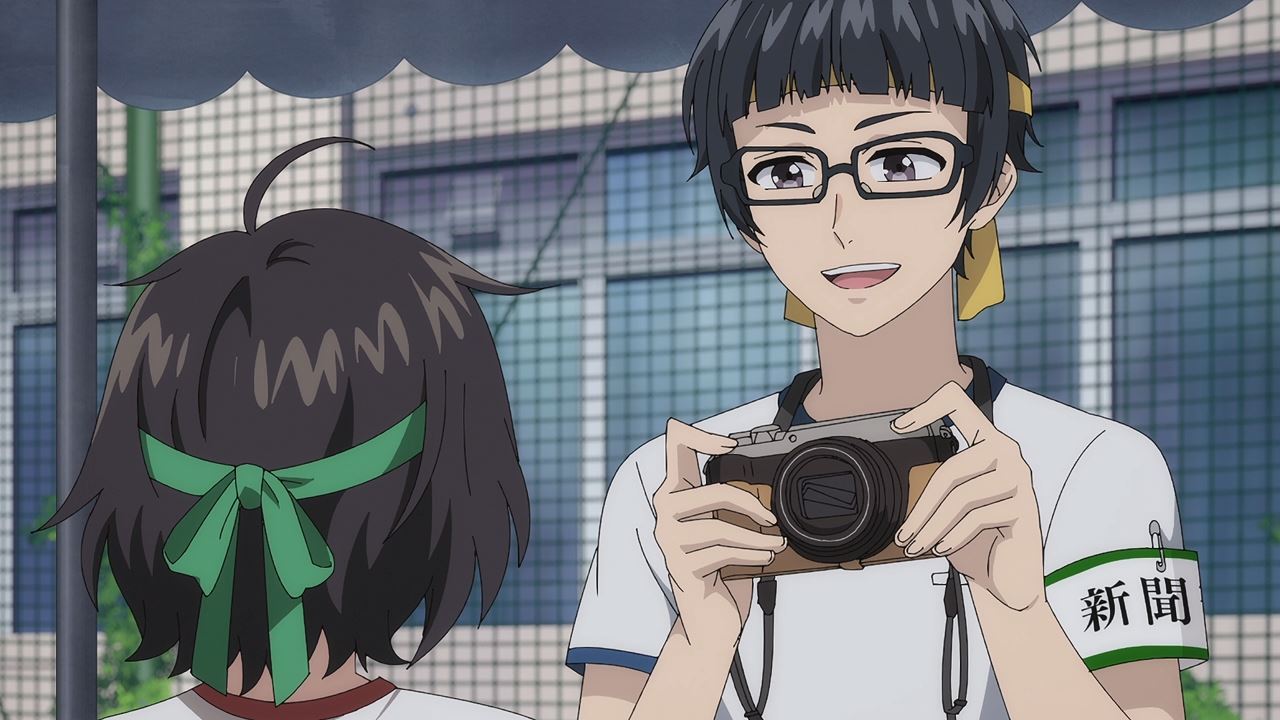 Now then, it’s the day of the sports festival where Hiyori Suzumi will be very busy, from participating in events to organizing the entire festival.

Oh yeah, this member of the newspaper club is asking permission to stay in front of the crowd as he wants to take some clear pictures of the participants. 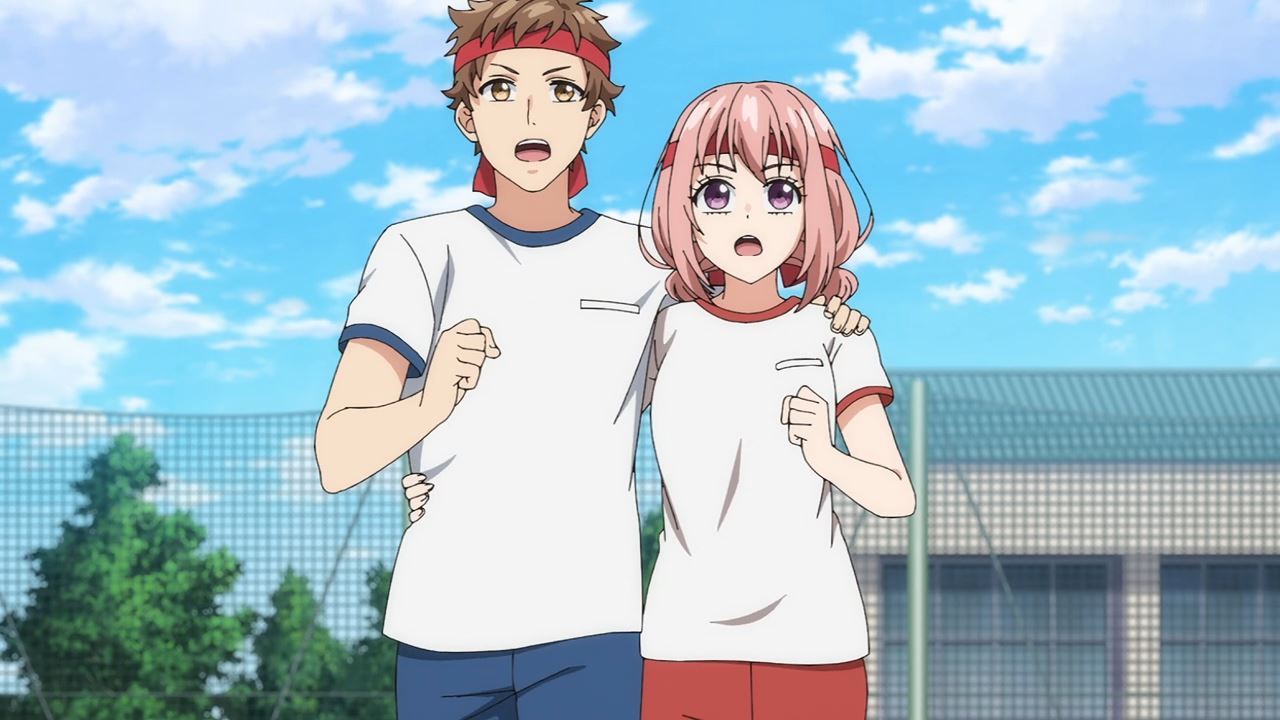 Anyways, here’s the first event where Hina Setoguchi and Kotarou Enomoto are the clear favorites to win the three-legged race. Then again, I have a feeling that they might get caught in an awful accident. 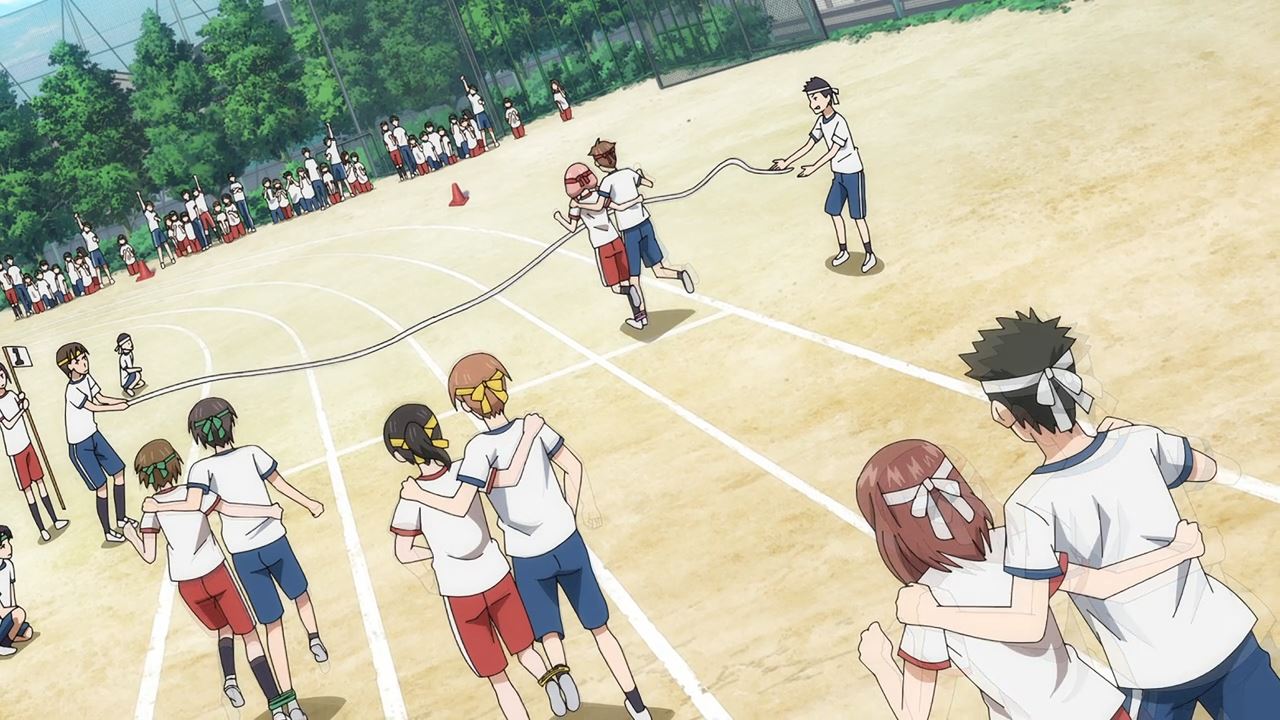 Oh never mind, Hina-chan and Kotarou managed to take 1st place in the three-legged race. Gotta say that Class 2 took the lead in the overall standings. 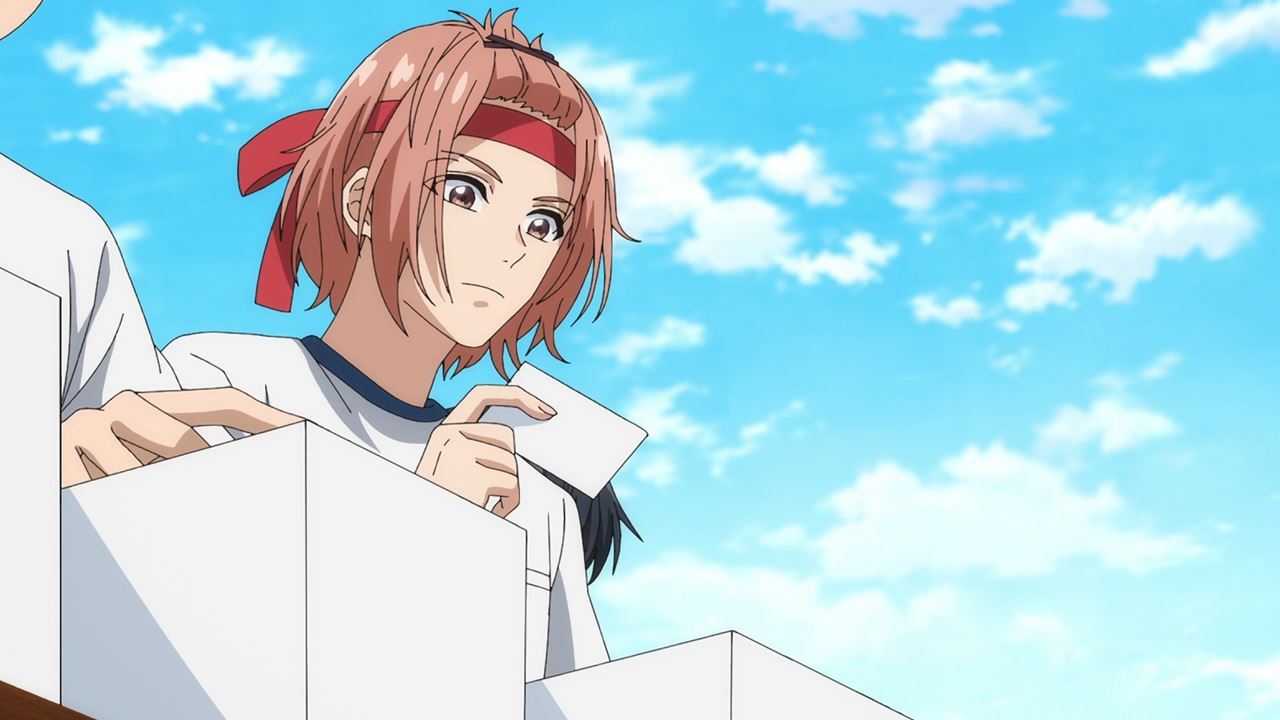 Of course, they’re gonna extend their lead in the scavenger hunt as Ken Shibasaki is tasked to find something that’s cute in his eyes. 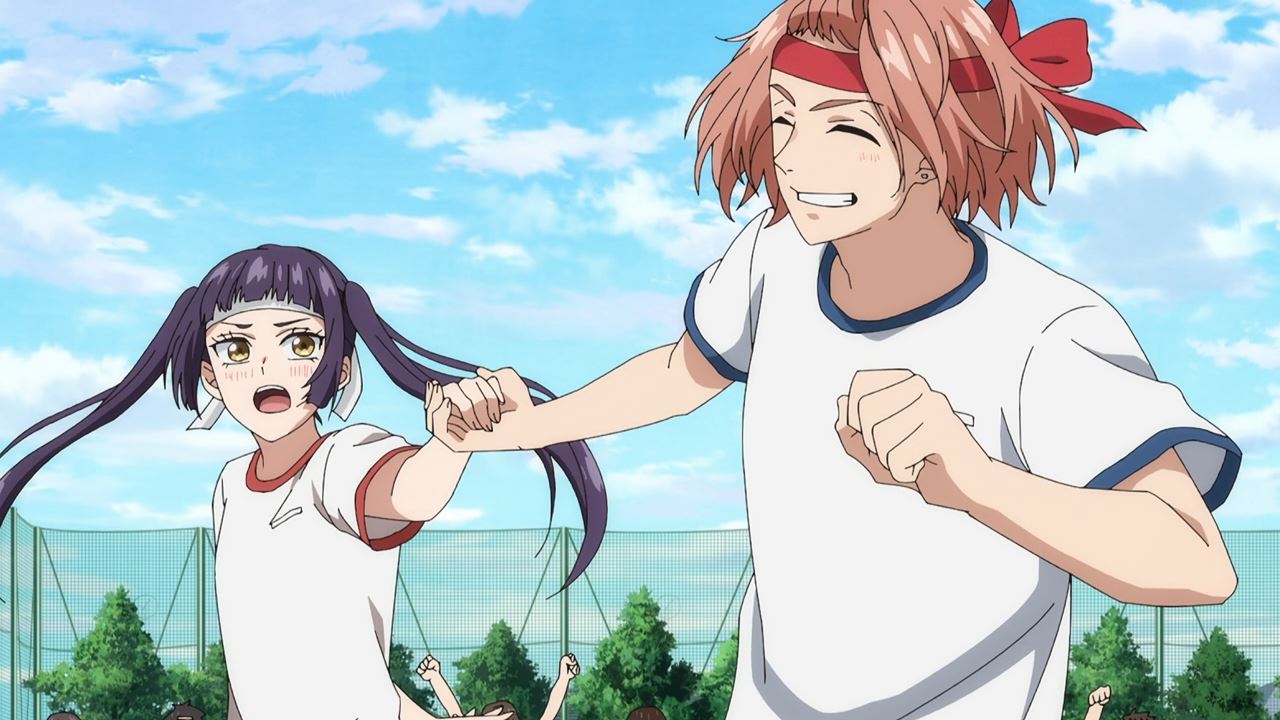 Case in point, it’s Arisa Takamizawa where Ken sees her as the cutest girl he ever seen. You know something, I wonder if Ken is in love with Arisa?

At this point, Class 2 will take the overall victory in this athletics meet! 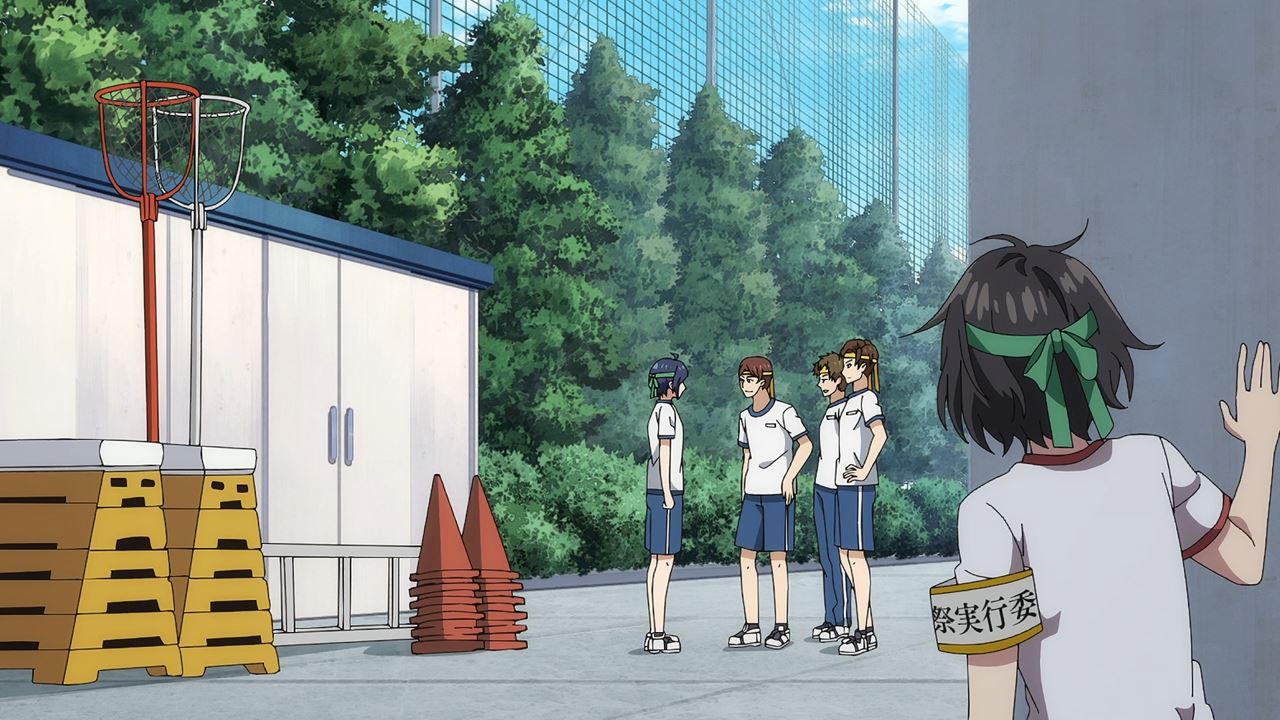 Meanwhile, looks like some 3rd-year students got jealous towards Yujiro Someya that they decided to ruin his day by punching him to the face, or kick his shin. 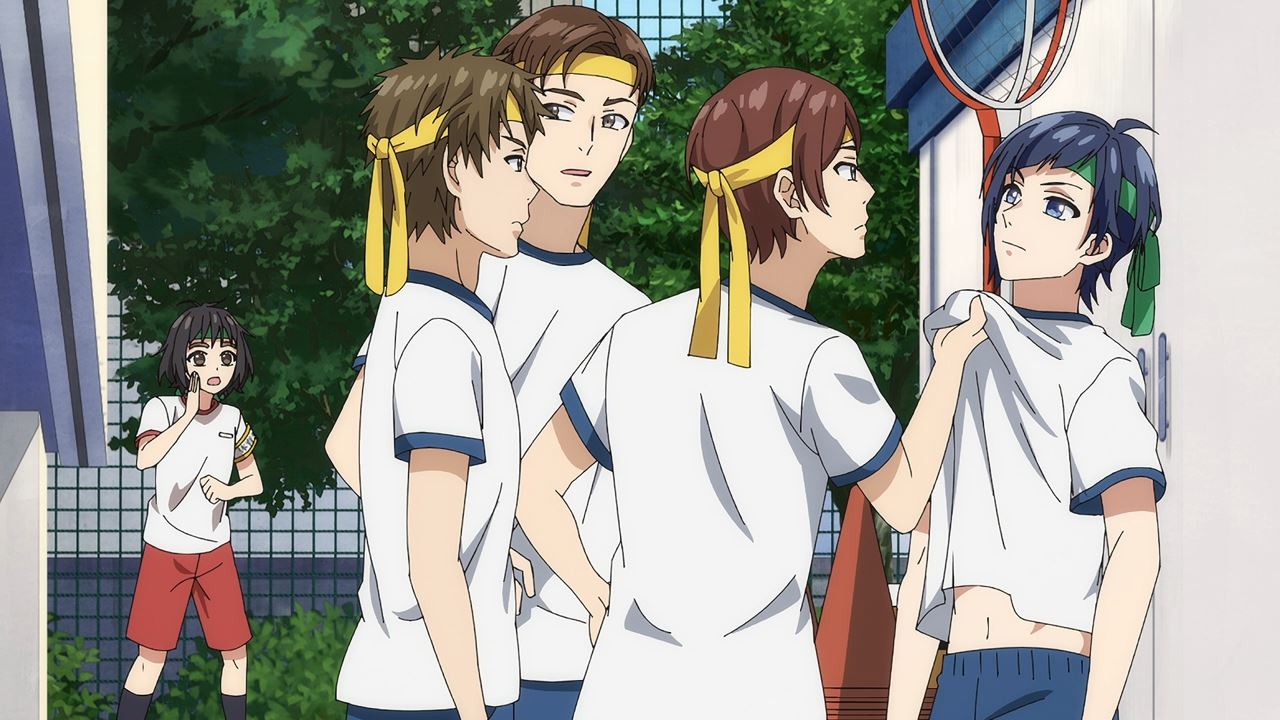 Fortunately, Hiyori Suzumi saves the day where she called Yujiro Someya to prepare for the next event.

Glad that Hiyoko went there just in time or Yujiro might get caught in another trouble. 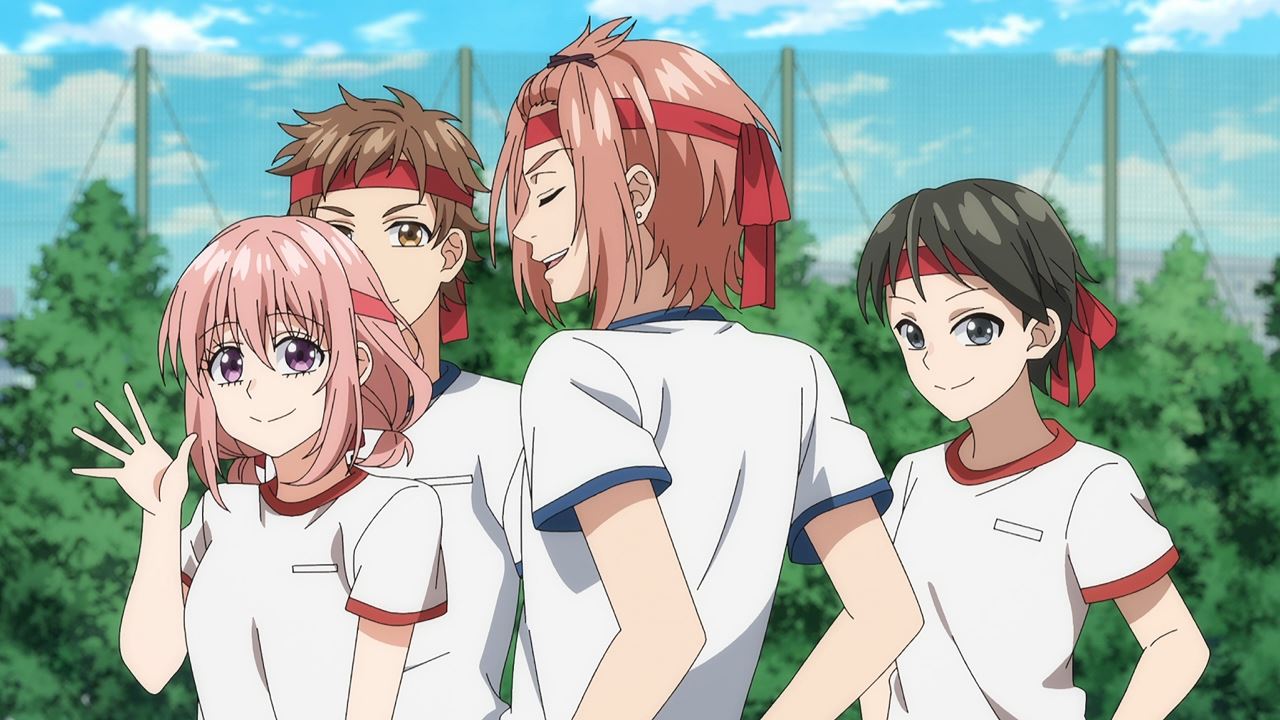 Oh yeah, here’s Ken Shibasaki where he promised that he’ll win the entire thing for Arisa Takamizawa. What a bold claim there! 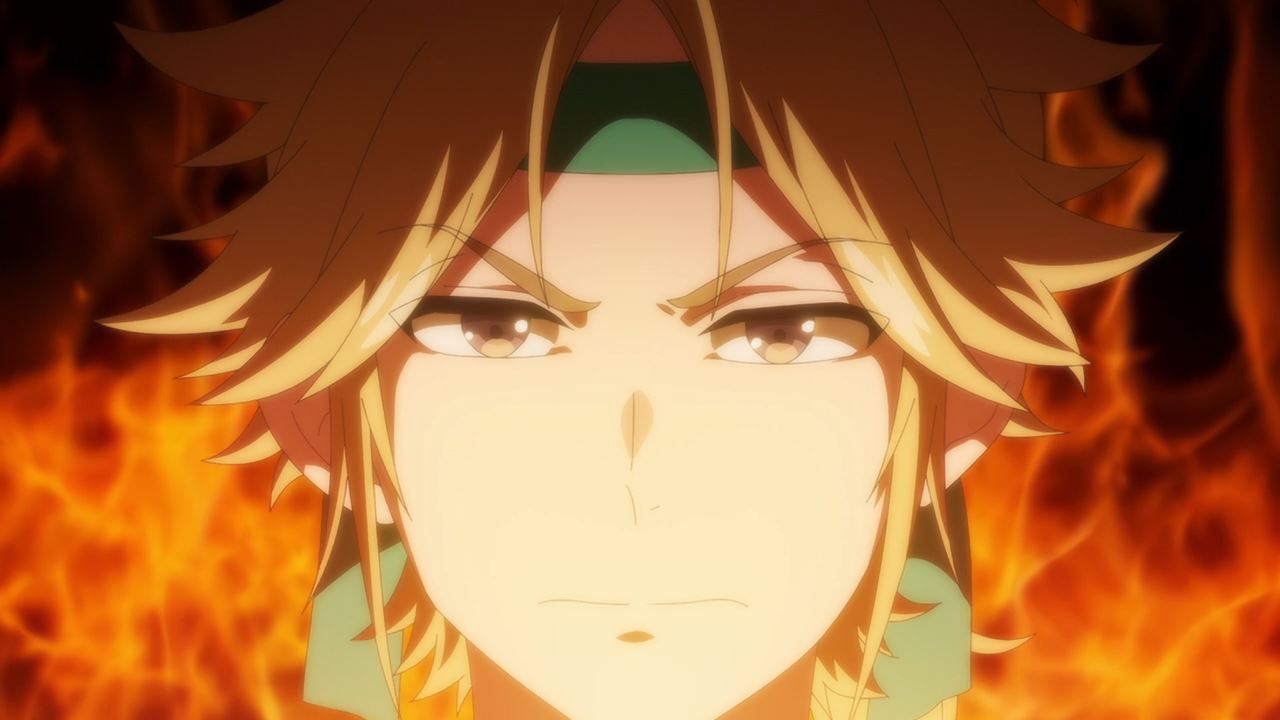 Of course, Aizo is really pissed towards his brother that he’s fired up and ready to win the entire sports festival. Oh boy, it’s on! 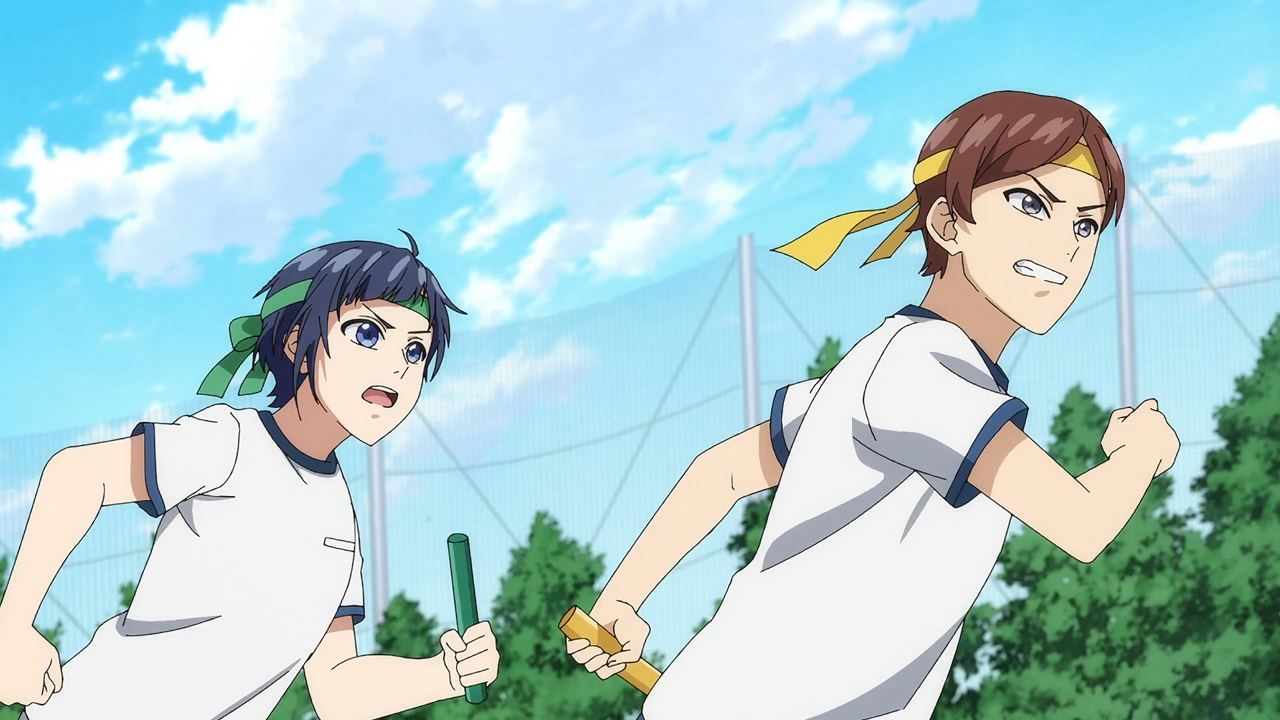 Anyways, time for the last event which will be the relay race. Sadly, Yujiro Someya is not the athletic type where he couldn’t overtake the senior participants. 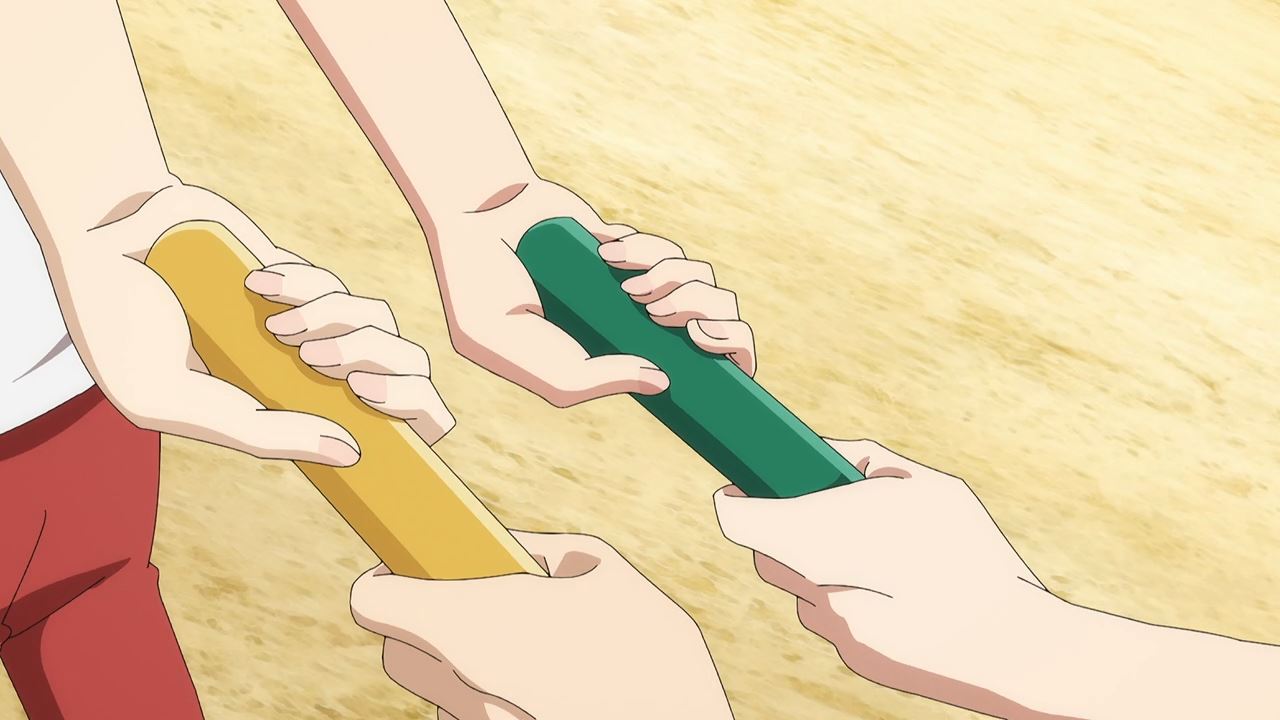 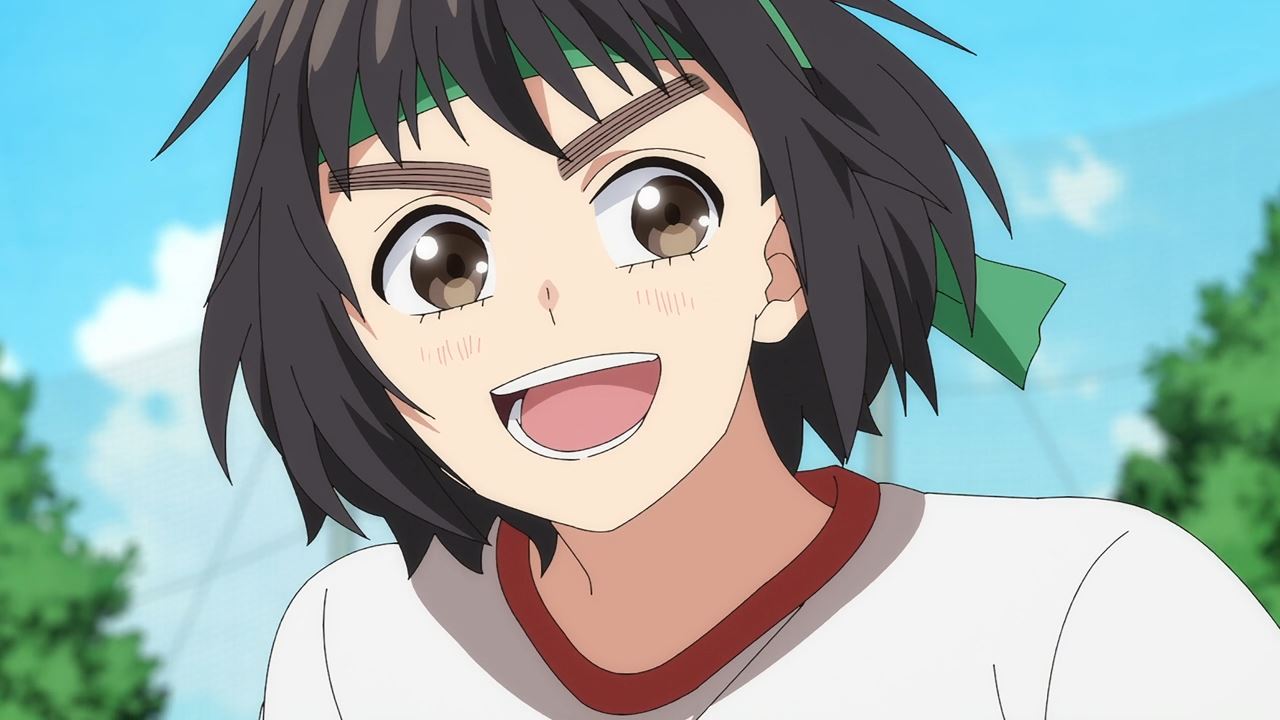 Fortunately, there’s Hiyori Suzumi where she’ll take over and close the gap. C’mon, she’s aiming to become a national athlete after all! 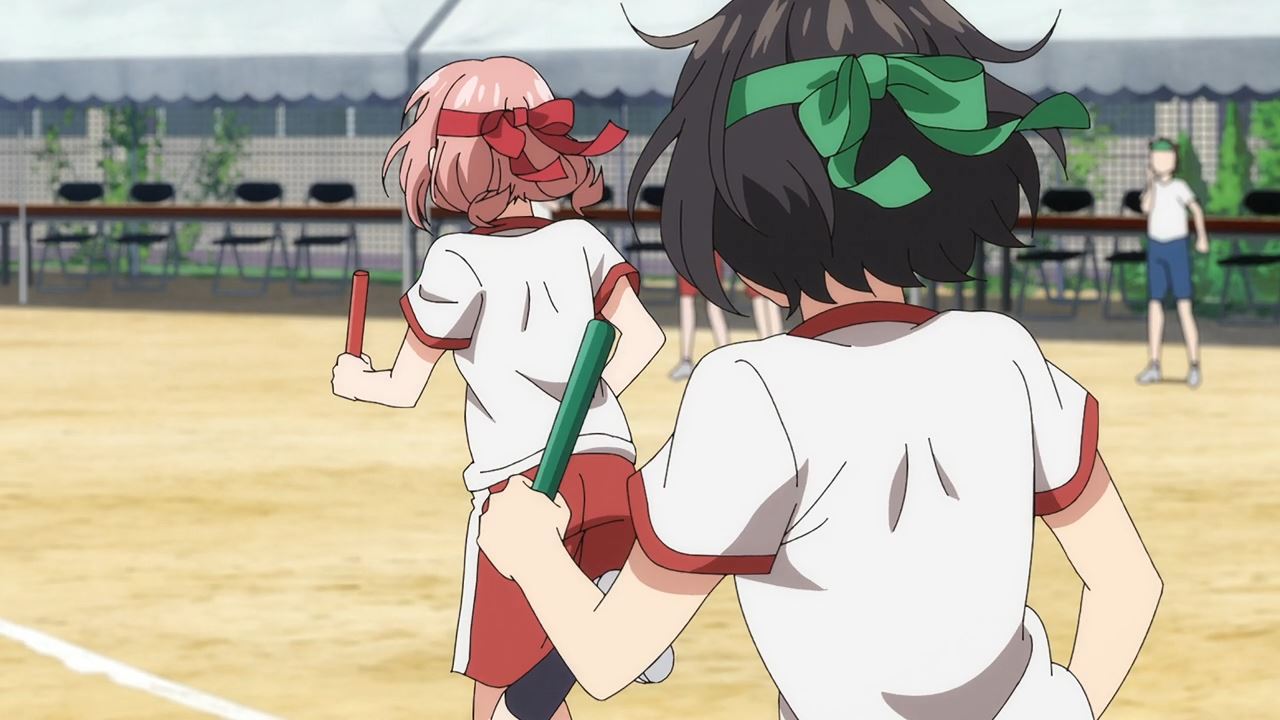 Except that Hiyori Suzumi couldn’t compete against her fellow club member Hina Setoguchi. Man, I’m worried that her class would be in dead last. 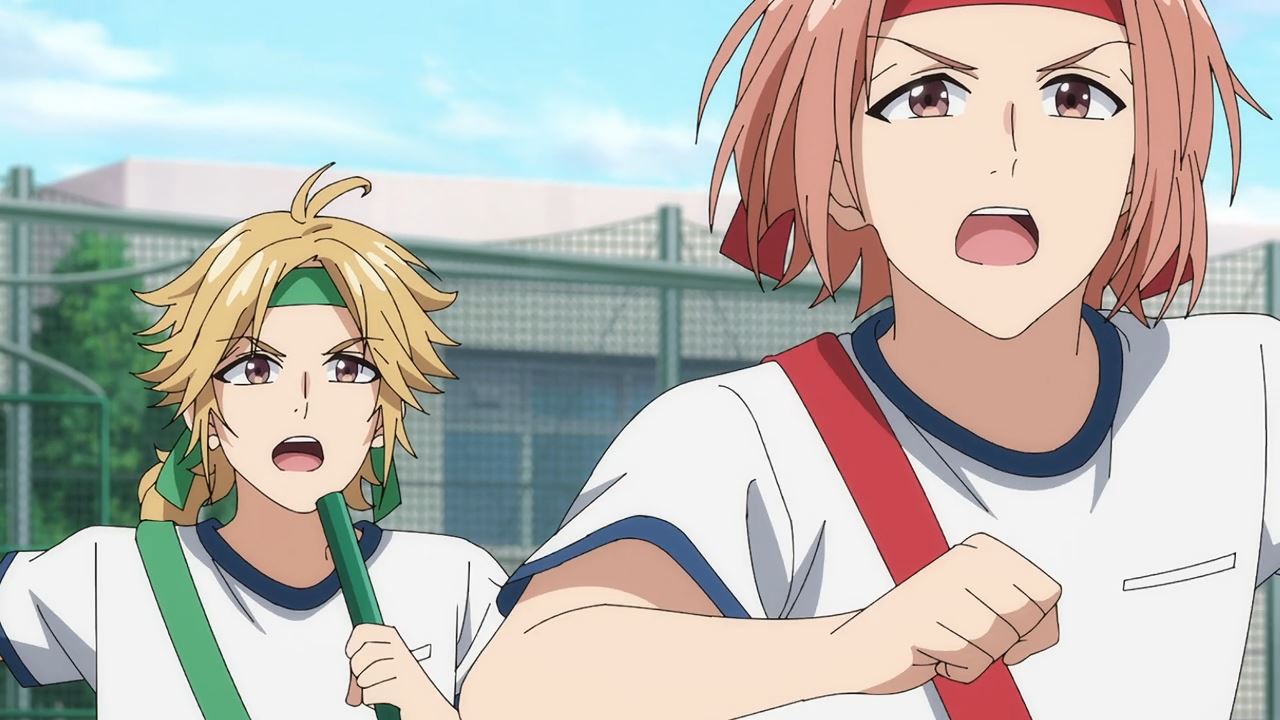 Now then, it’s up to Aizo Shibasaki where he’ll take on his older brother Ken towards the finish line. Let’s pray that Aizo won’t screw it up! 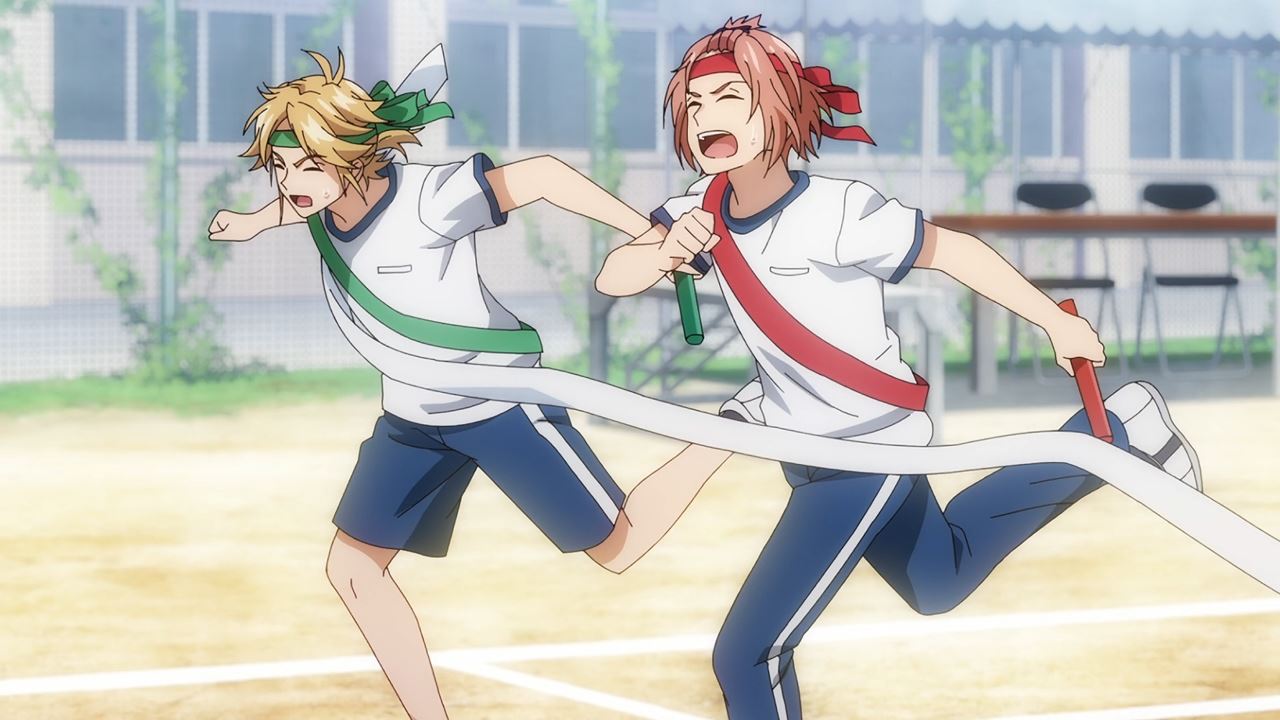 Oh wait, I have to say that Aizo managed to cross the finish line as Class 4 takes the relay race.

As for the overall standings, it appears that they didn’t announce the winner of this athletic meet. But hey, both Aizo and Yujiro had fun participating in this event. 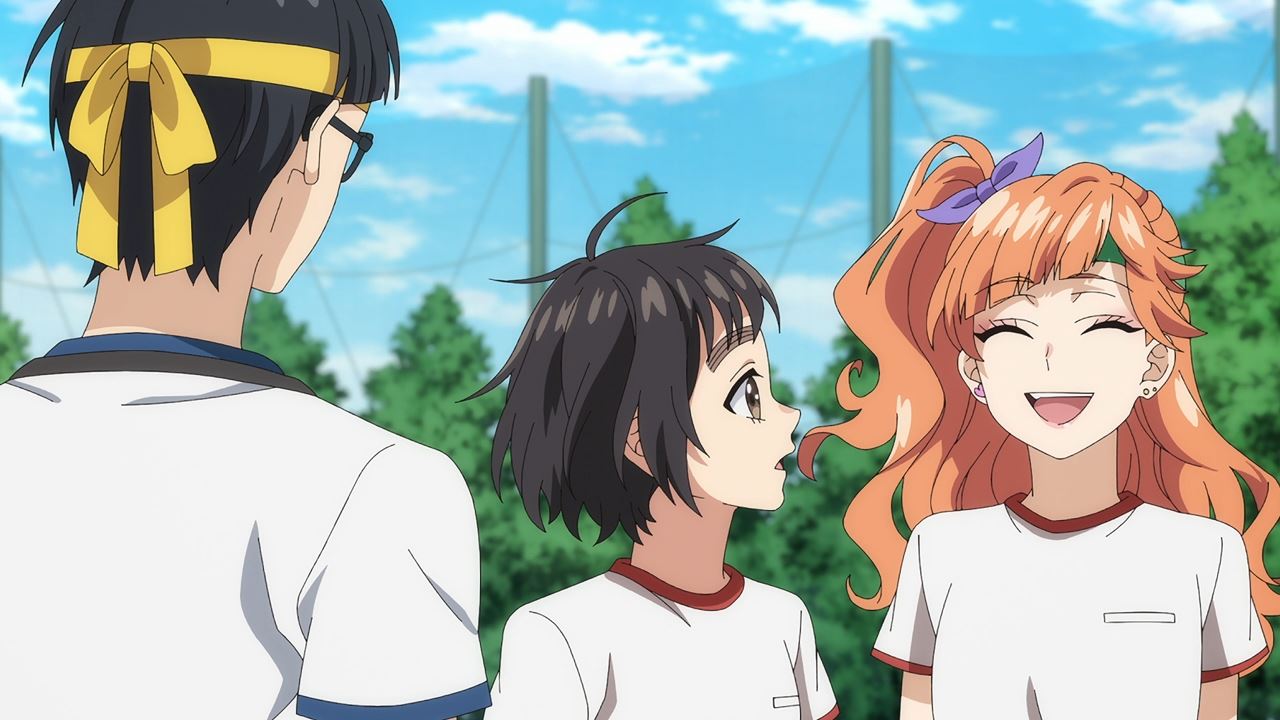 One last thing, here’s Juri Hattori where it’s revealed that the cameraman of the newspaper club is actually her boyfriend.

Wait a minute, I thought that Hattori has multiple boyfriends since she’s the gal character? 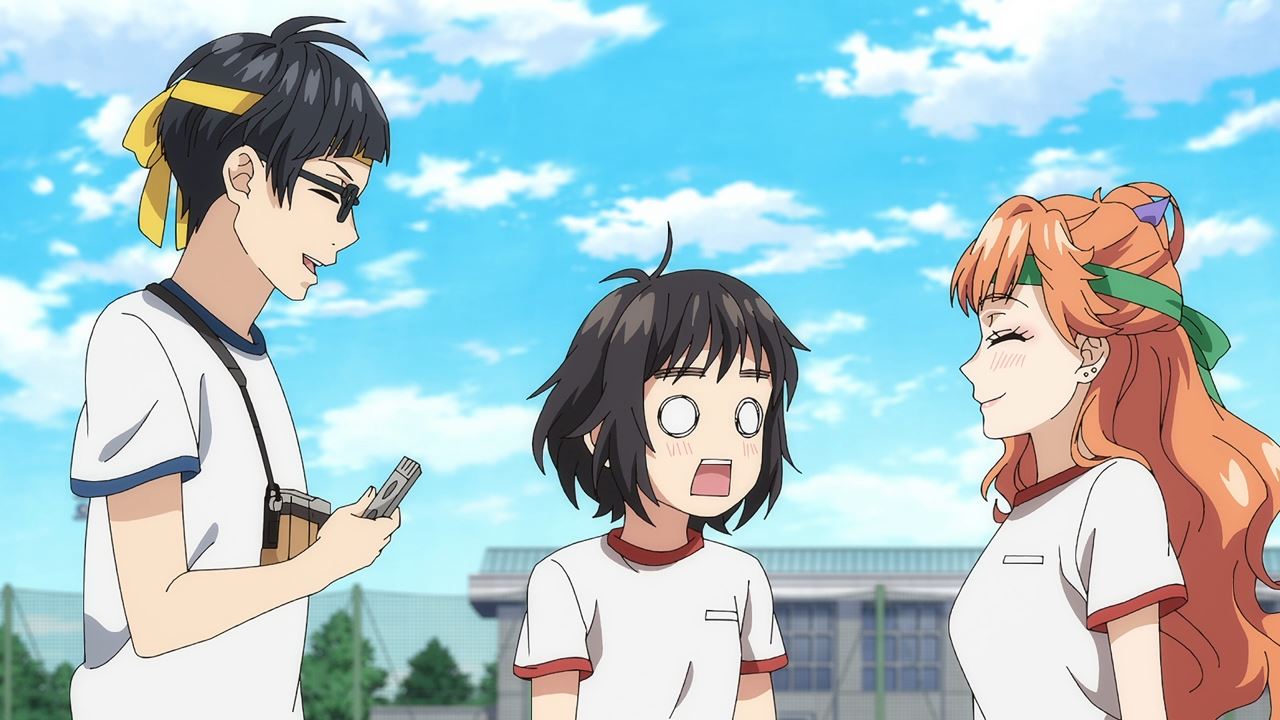 Anyways, looks like Hiyori Suzumi is pretty stunned with the revelation that Juri has a boyfriend that she can’t answer the interview from the newspaper club. With that said, I’ll see you next time!