The Rising of the Shield Hero Season 2 Episode #08 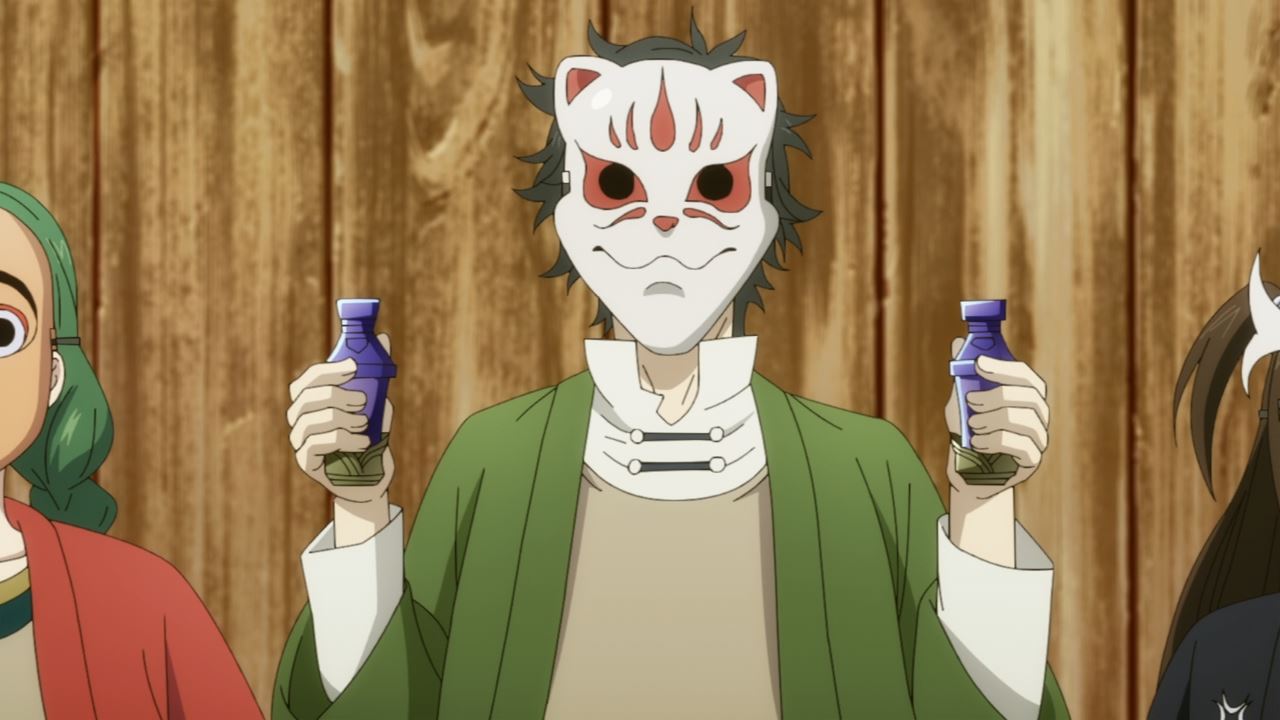 Well everyone, it looks like Naofumi Iwatani will have to return to basics as he becomes a travelling salesman, selling potions to locals in order to gain some money for a travel pass. 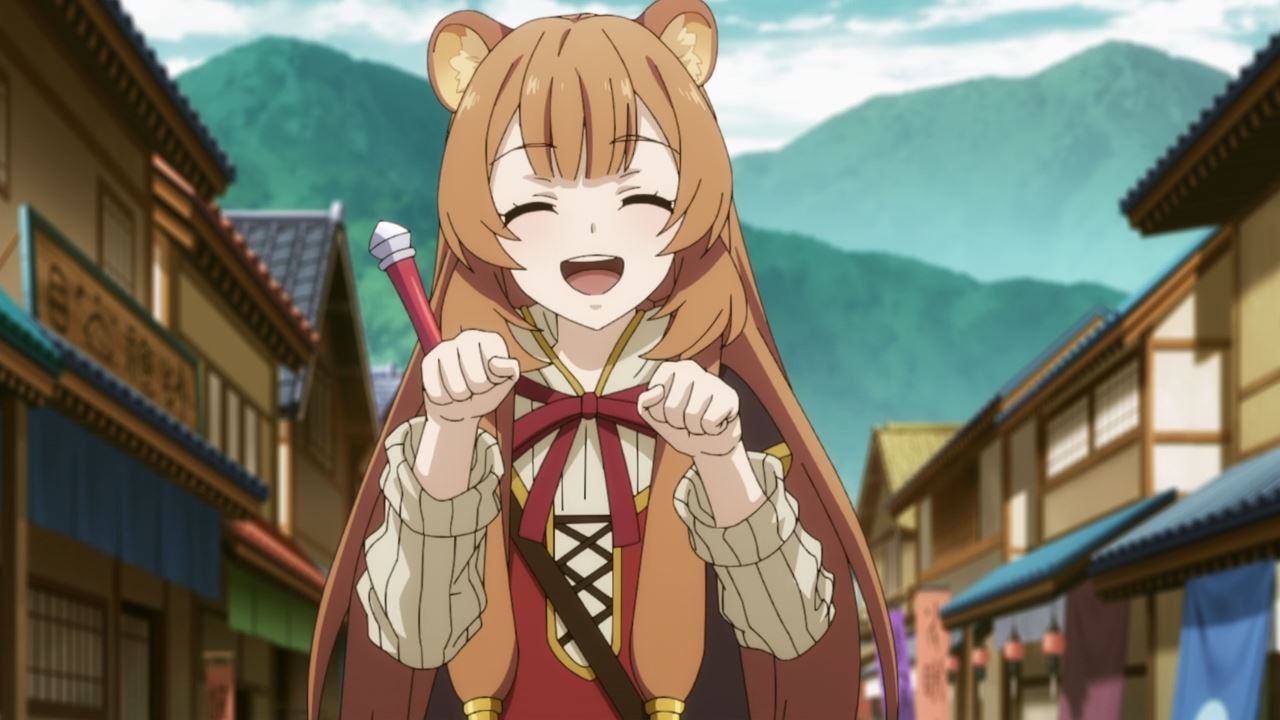 And here’s Raphtalia acting as the poster girl who promotes this special soul soothing potion for spirits. Then again, let’s see if this potion works? 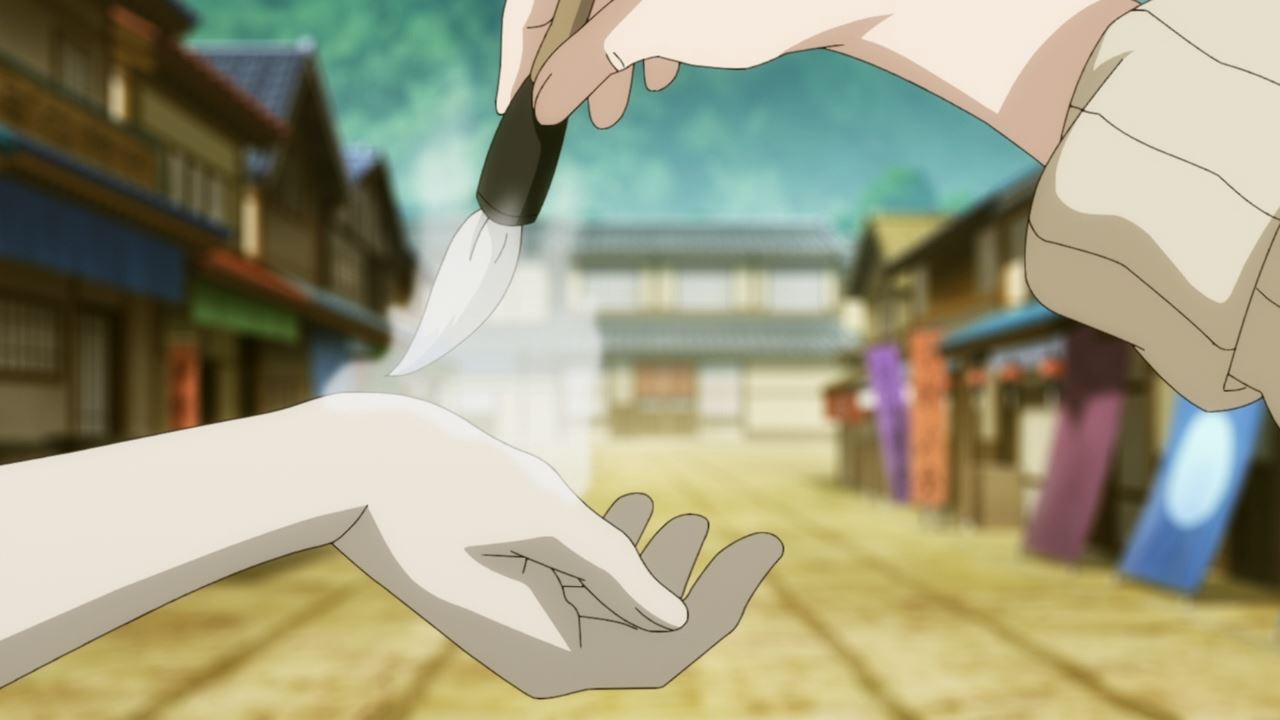 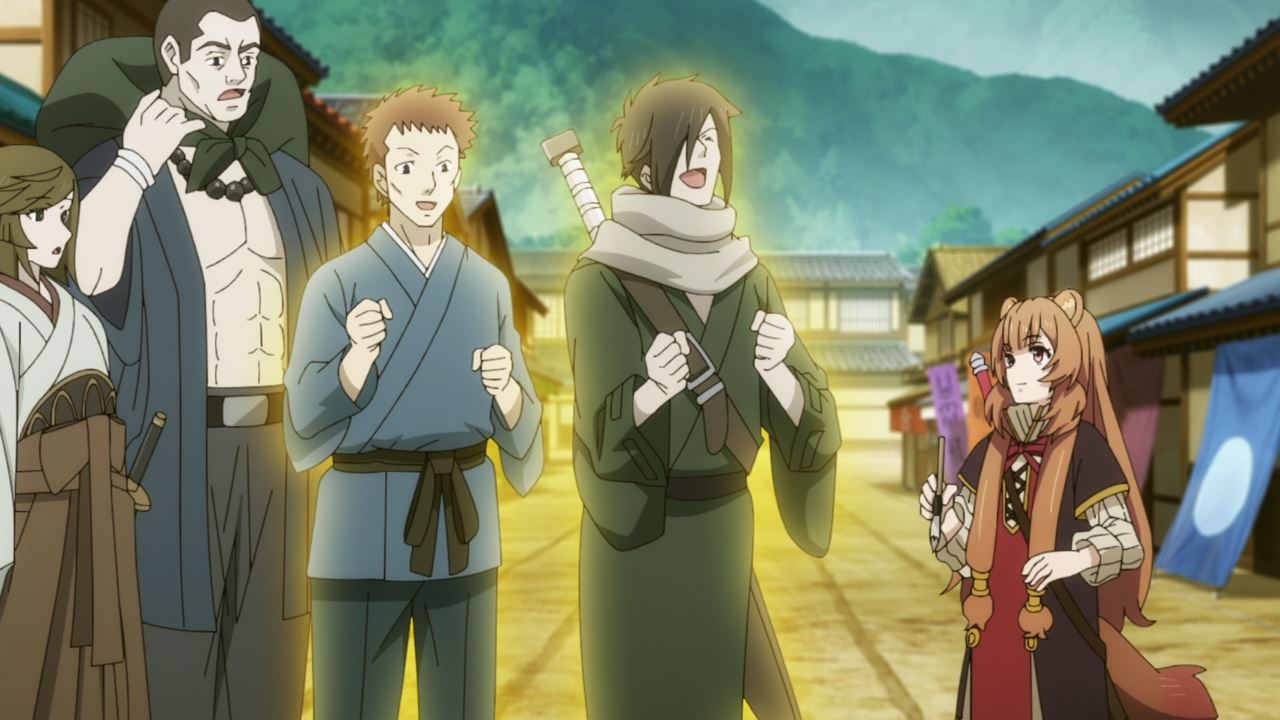 Well, looks like the spirits loved it as they want to buy a bottle of this rejuvenating potion for themselves. Nice marketing strategy there, Naofumi! 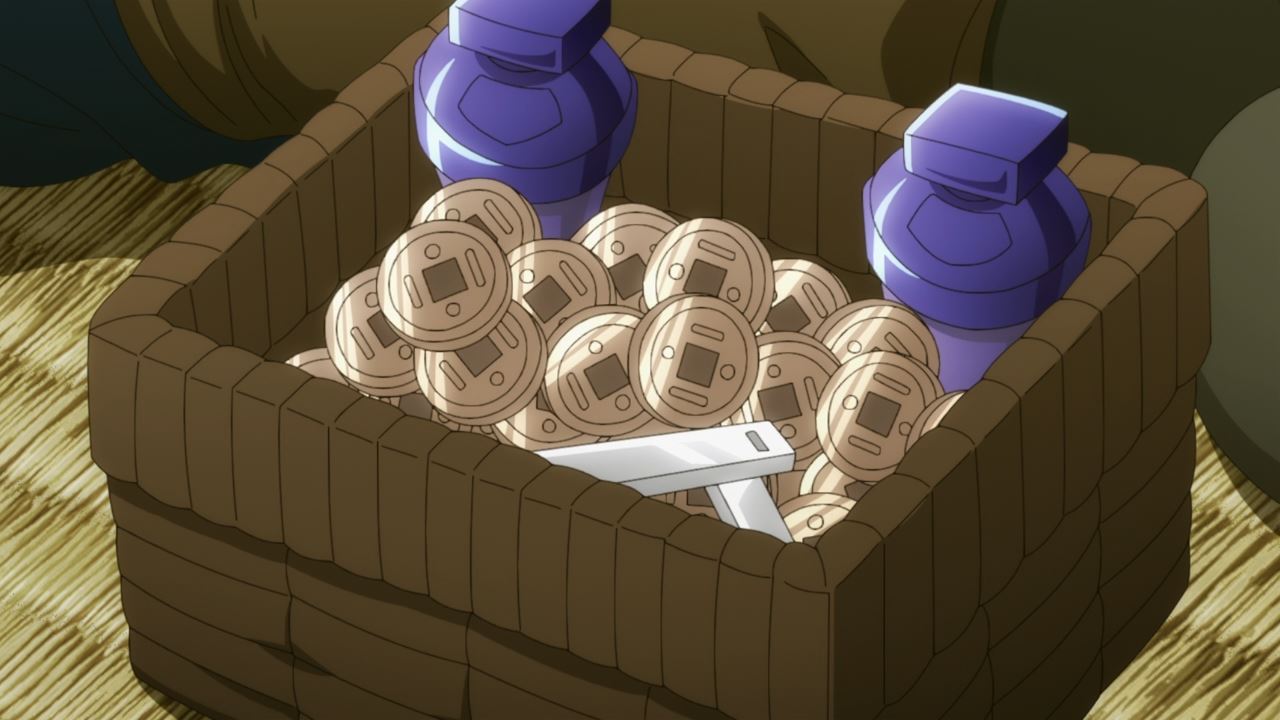 Soon, they sold all the potions which earned them big bucks, enough for all 4 adventurers to get some equipment and travel passes. 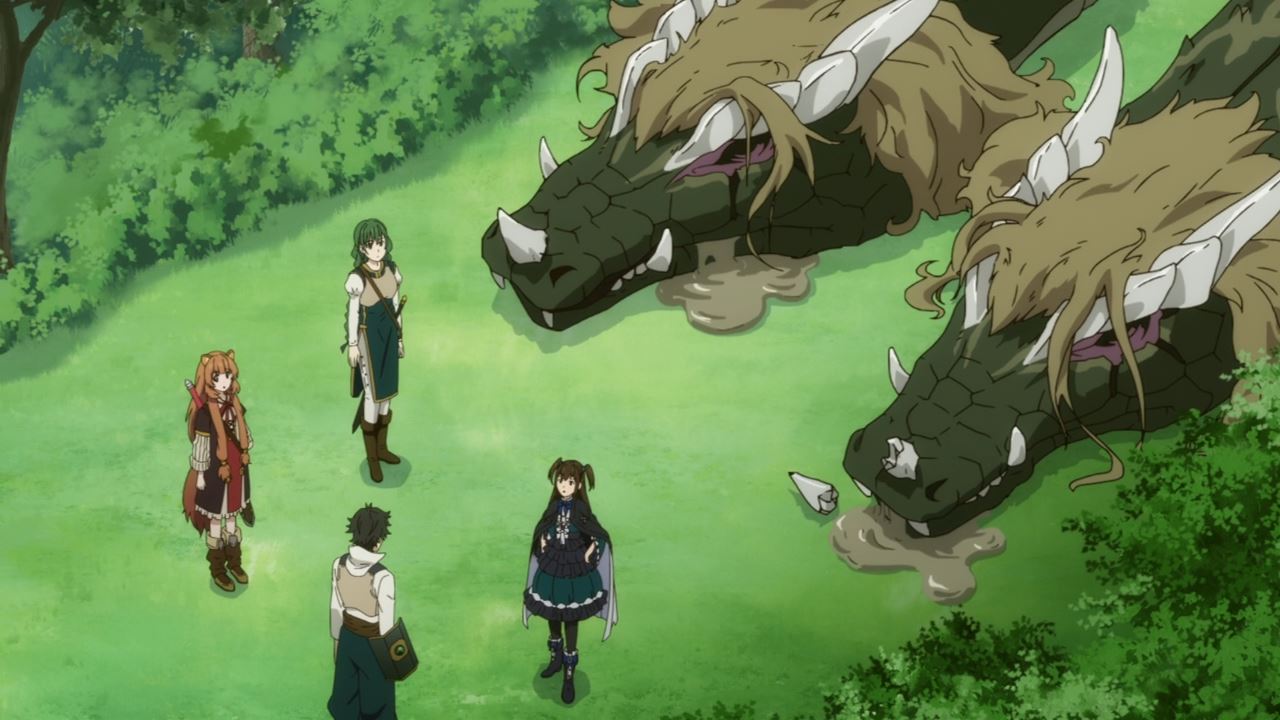 Now comes the hardest part where they need to find out how to gain more experience as Naofumi and his party are not getting a lot of it. 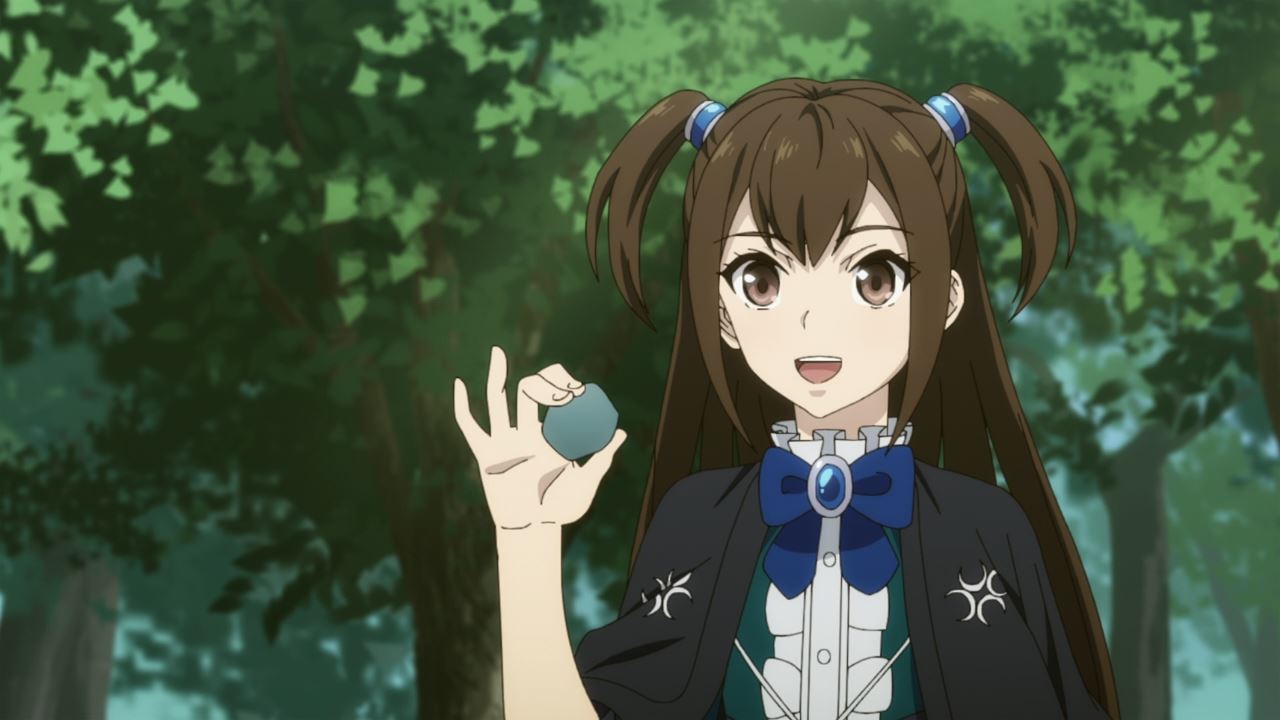 That’s until Kizuna Kazeyama shows an earth crystal where it said to restore someone’s magic point, yet I don’t think it’s related to gaining experience points. 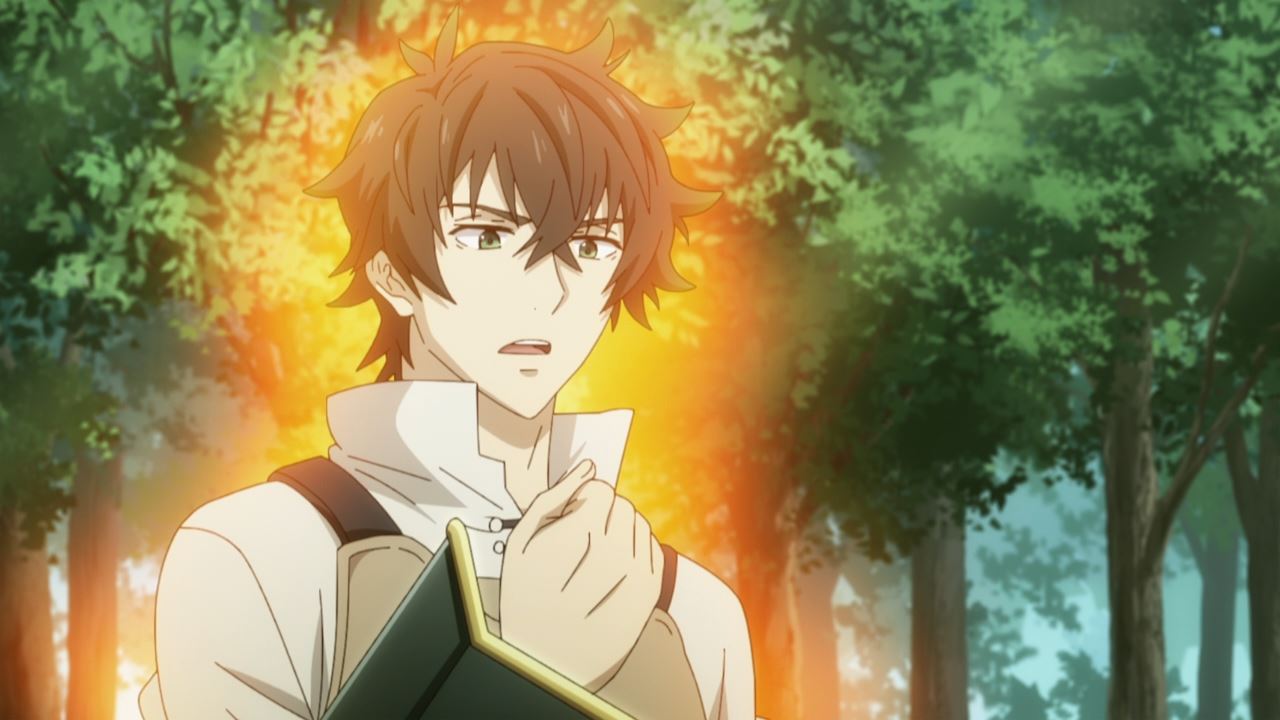 Well, until Naofumi Iwatani got a hold of the crystal where he gained 3,000 experience points. Seems that using items from another world grant different benefits.

As for Naofumi’s items such as magic water, it gained some experience point on her weapon. Looks like they solve their XP acquisition problems by using items from another world. 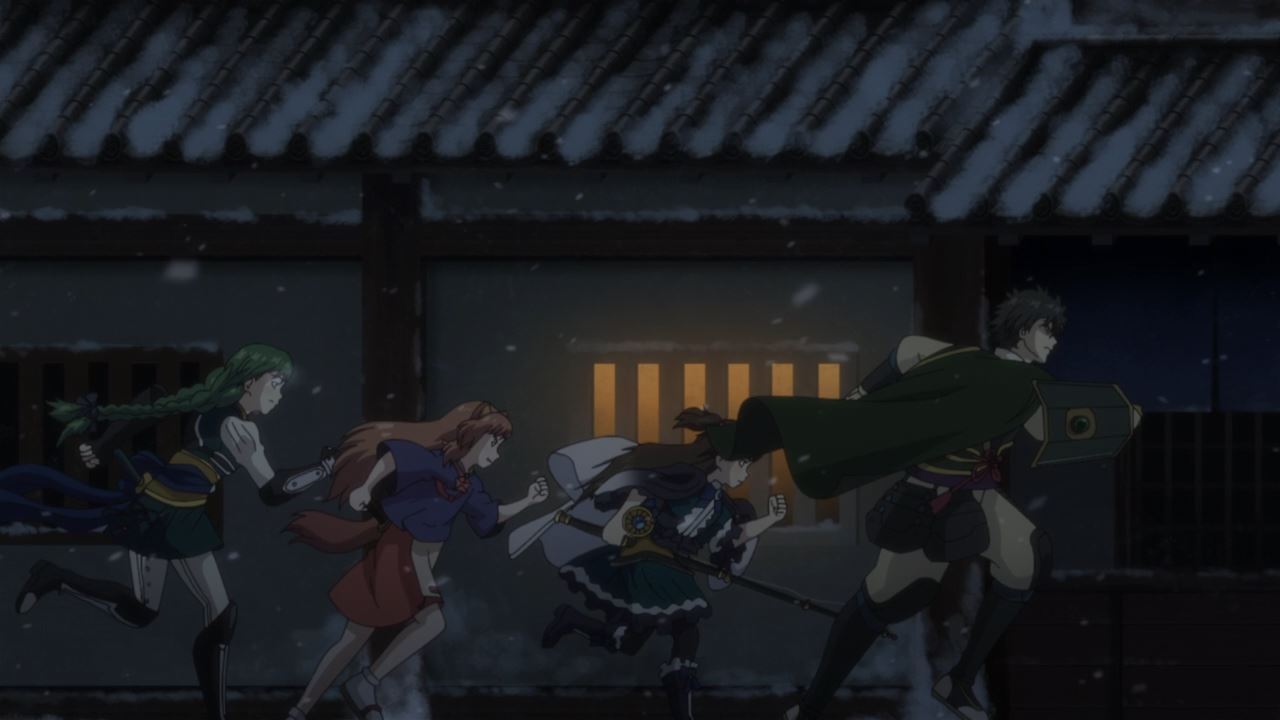 Anyways, it’s time for Naofumi and his allies to infiltrate a castle where it said to contain a dragon hourglass (or what Kizuna call as Return Dragon Vein) that might teleport them back to their original world. 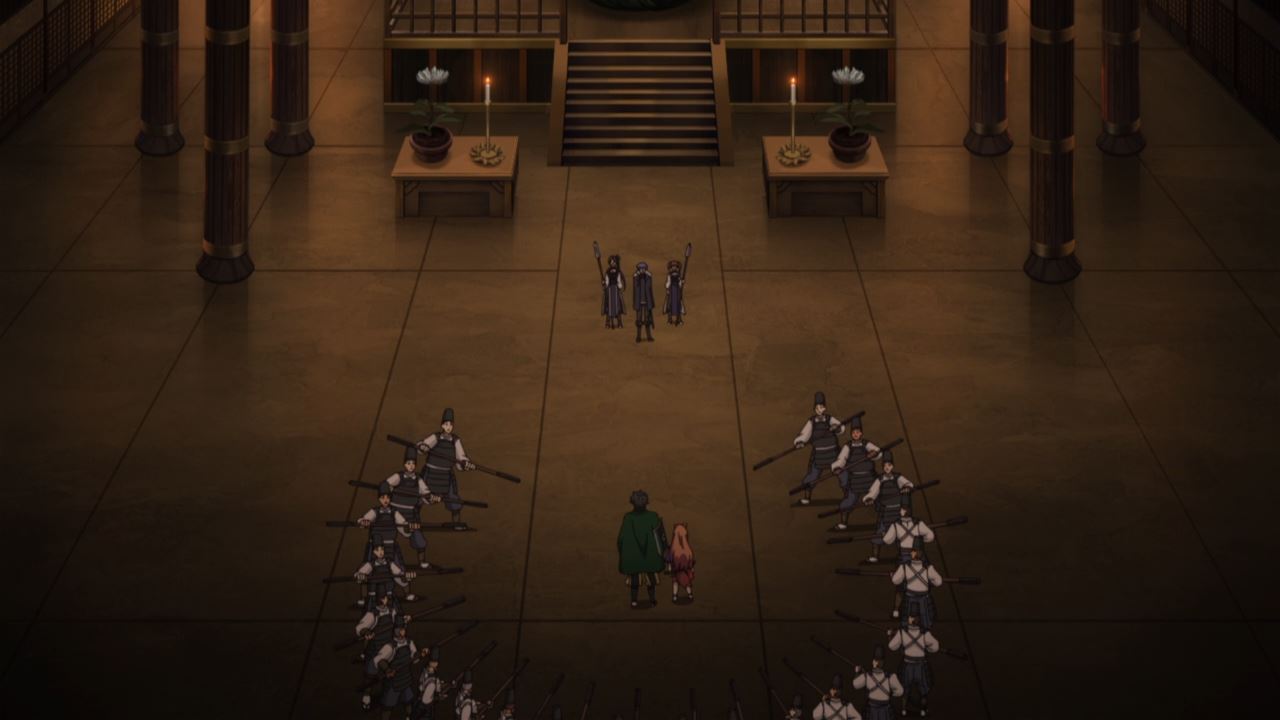 However, they’ll have to get past these guards led by Kazuki, an acquaintance or business partner to Kyo Ethnina. 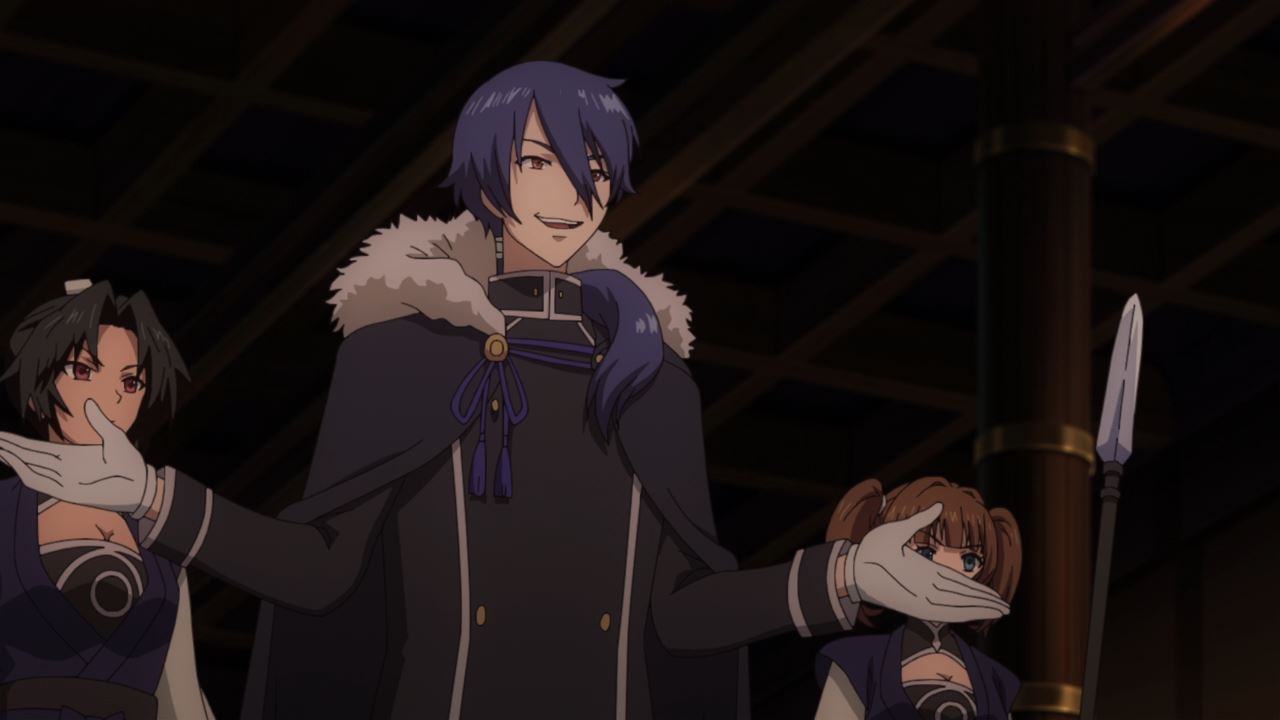 And speaking of Kazuki, he was ordered by Kyo to capture the Shield Hero and his allies alive for some reward.

But you know what, Naofumi doesn’t give a shit to Kazuki anyway as he’ll return home with his friends. Also, Kazuki forgot that a certain Cardinal Hero with a fishing rod. 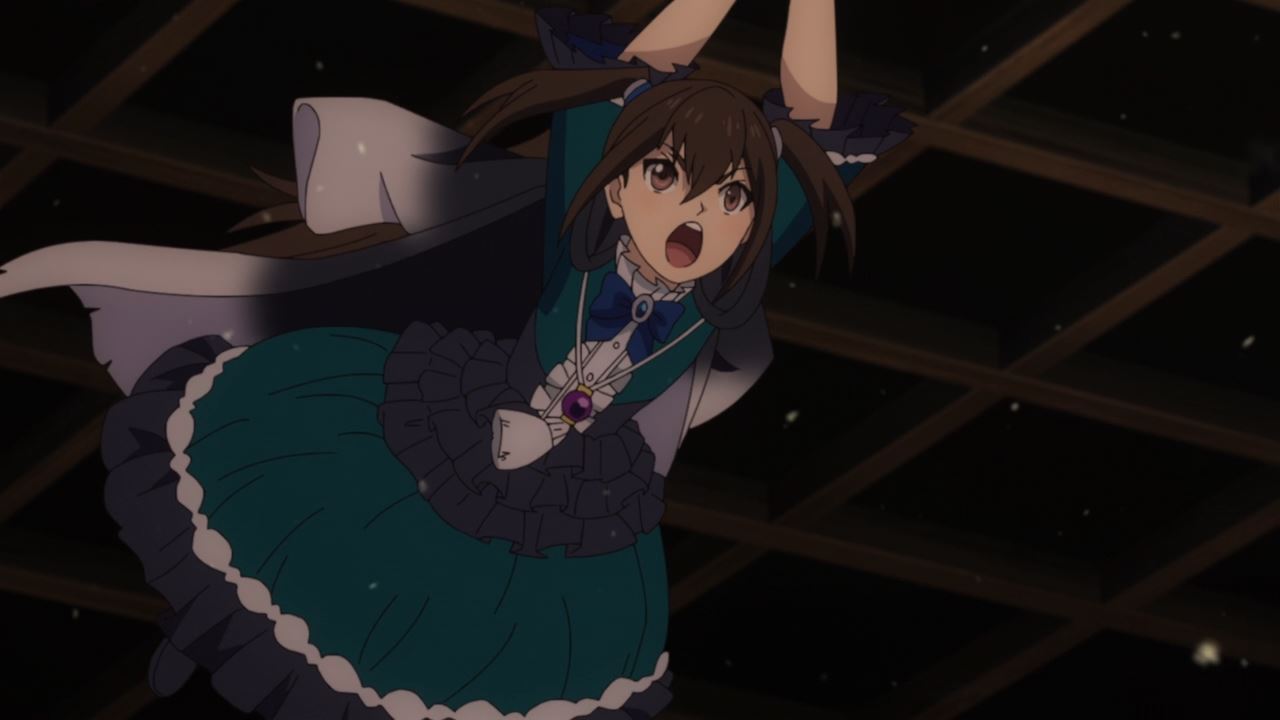 Anyways, here’s Kizuna Kazeyama where she came to the chamber in the nick of time. 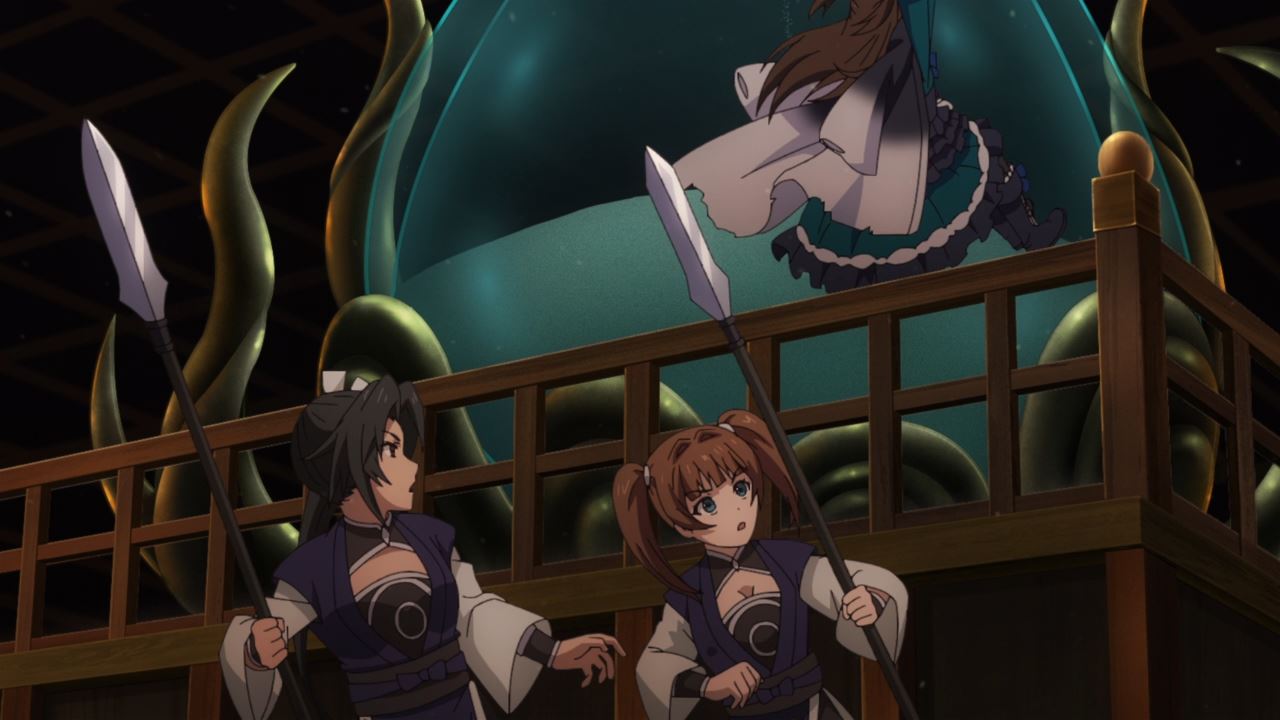 And seriously, she made a big impact when Kizuna uses her fishing rod to swing her way to the Return Dragon Vein. 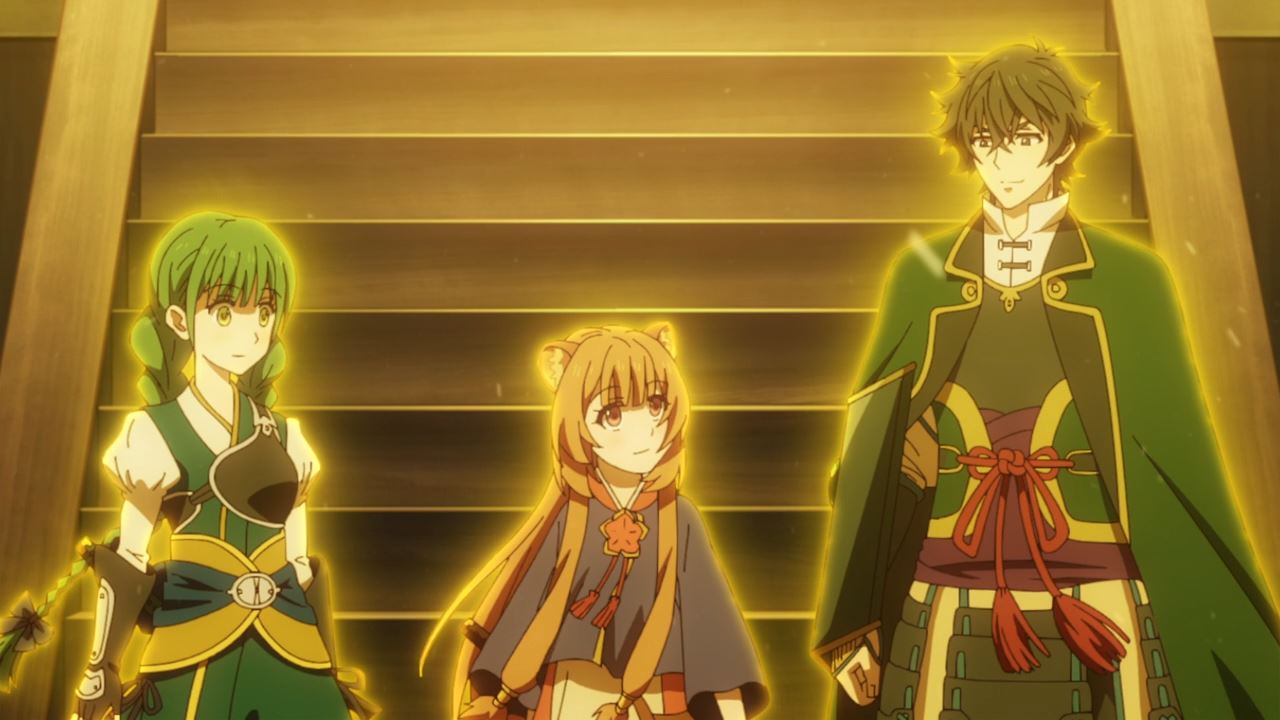 Now that Kizuna has finally reached the dragon hourglass, it’s time for Naofumi and his party to go home as the Hunting Hero activates the hourglass. 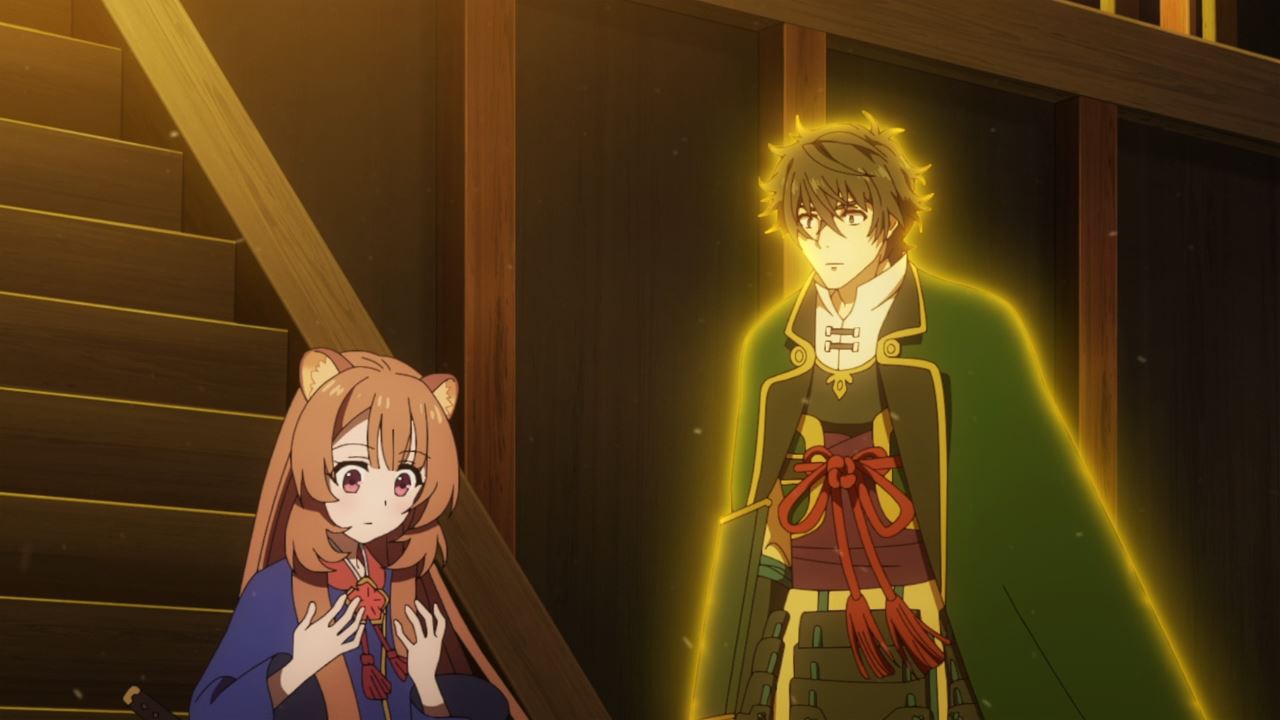 However, there’s one person who won’t go as Raphtalia is not included in the teleportation sequence.

Turns out that it was actually devised as a trap by Kyo Ethnina to separate the Shield Hero from his trusted partner. Um Kyo, you forgot about Rishia Ivyred where she beat you back in Ep. 6! 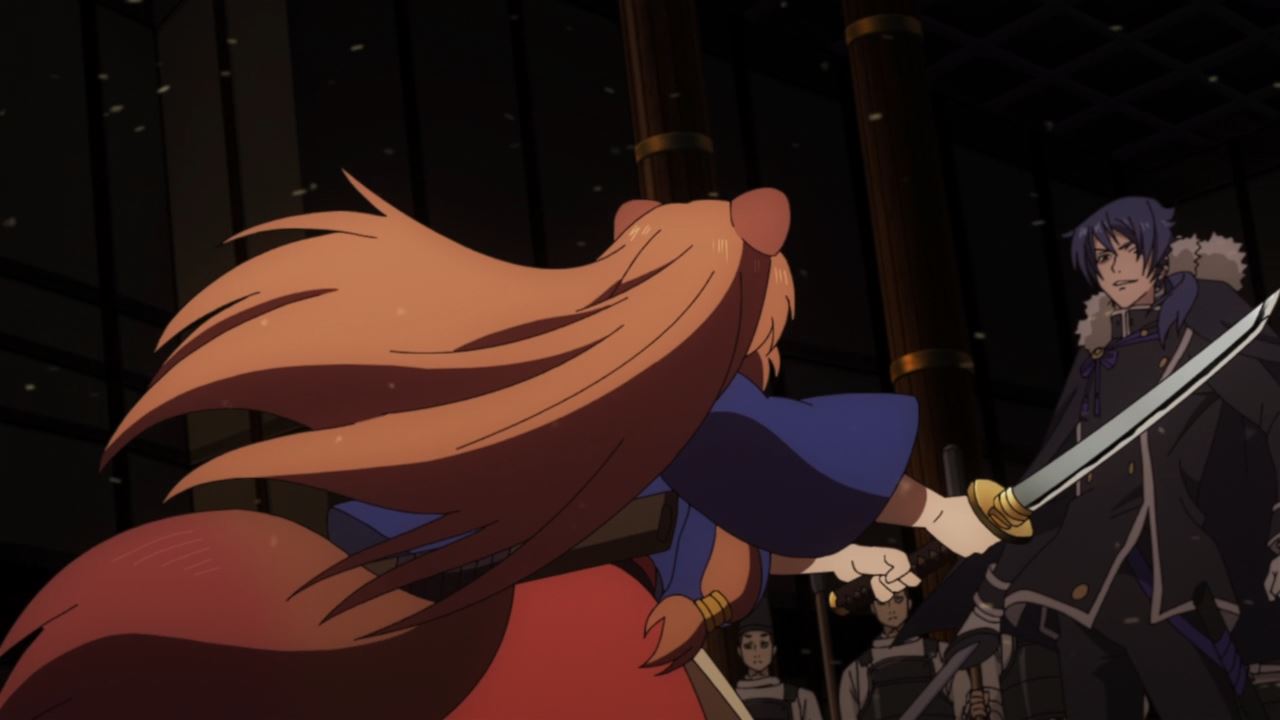 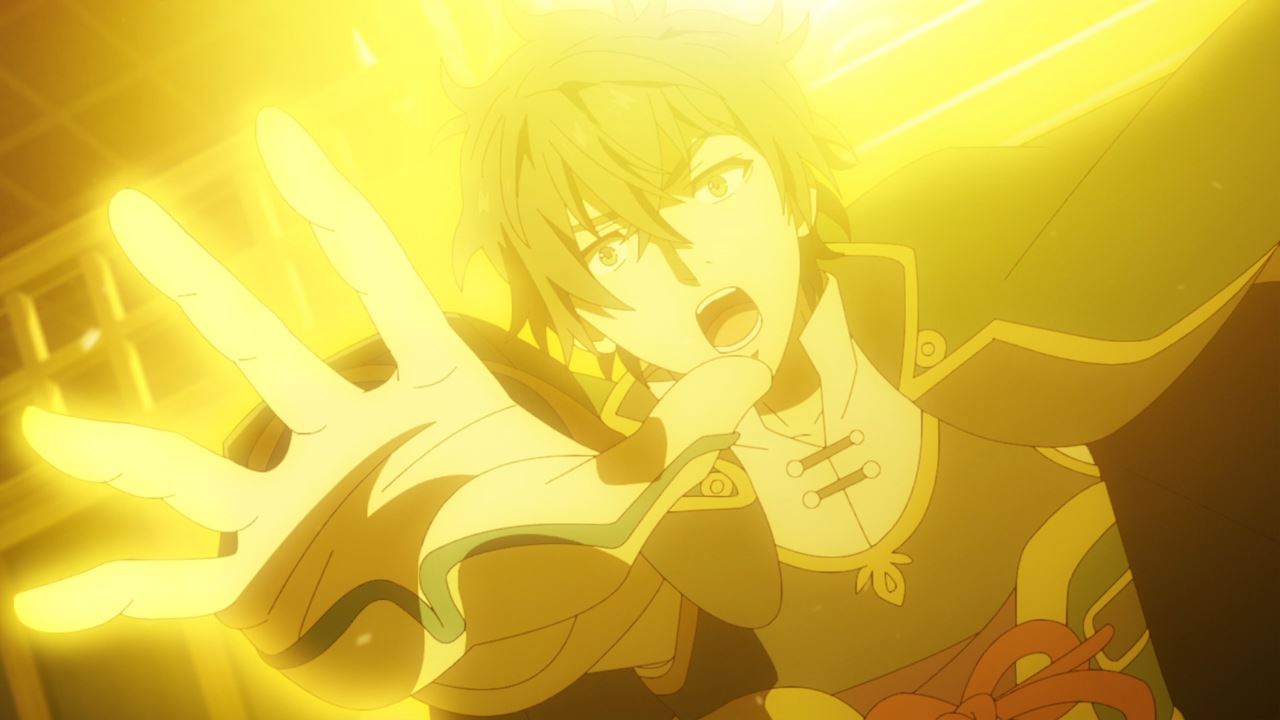 Still, Raphtalia continues to fight as Naofumi can’t do anything but to watch his ally attempting to take down Kazuki and his guards. 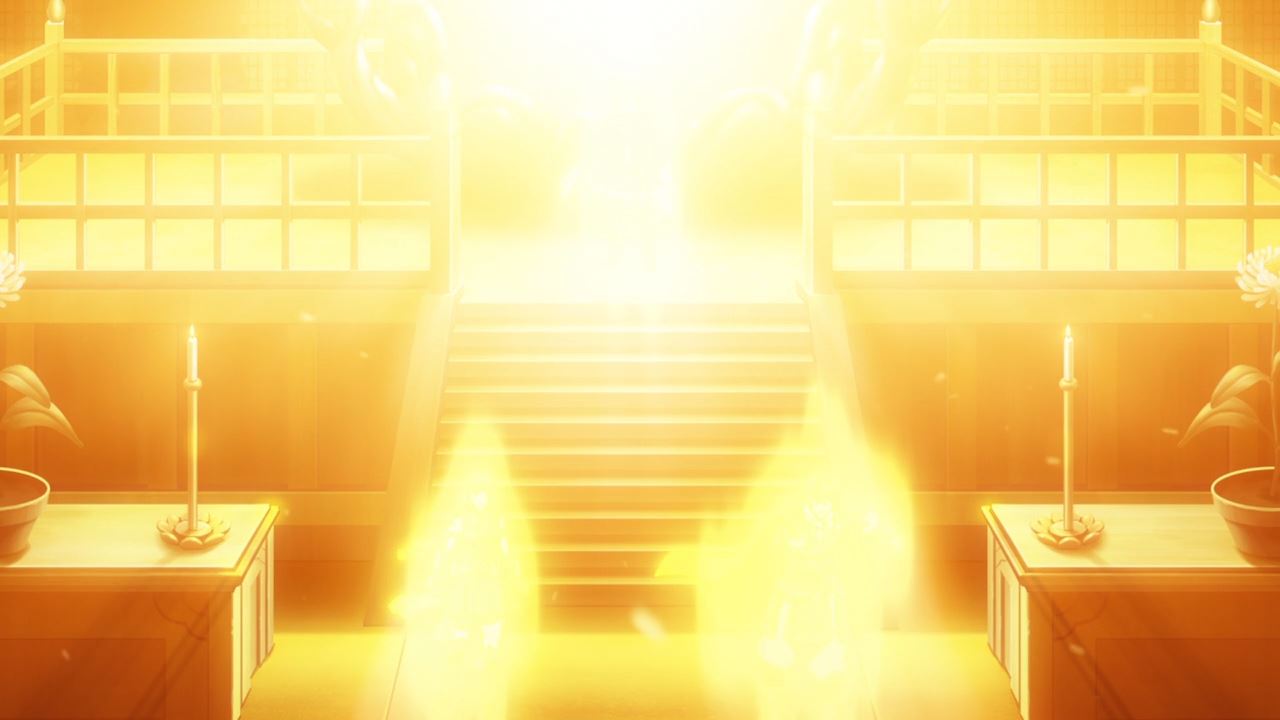 Anyways, looks like Naofumi, Kizuna, and Rishia are teleported to another world while Raphtalia got stuck. Honestly, Kyo is really goddamn annoying at this point because of his last-minute traps!

Of course, I’m hoping that Raphtalia will survive on the next episode but man, Naofumi Iwatani will have to rely on Rishia Ivyred’s combat skills if they want to survive.