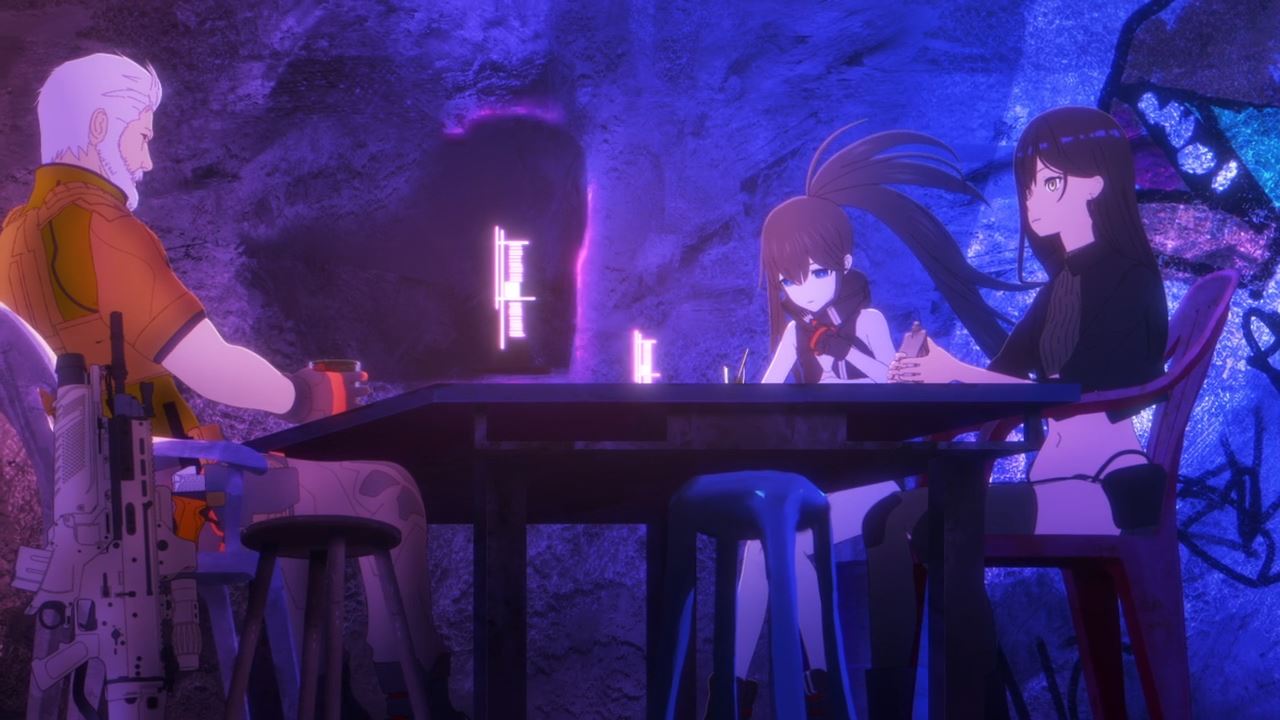 Well everyone, they’re gonna cross the Iron Ocean as the Colonel briefly explained about the orbital elevator where it’s closer to completion. Should Artemis and her legion of drones complete the link between Earth and the Moon, the event known as Dawn Fall Day will happen where humanity will be wiped out completely.

Unfortunately, crossing the Iron Ocean is quite difficult as the Arche concentration is pretty high to the point that humans can’t live much longer, therefore the Colonel will need some allies. 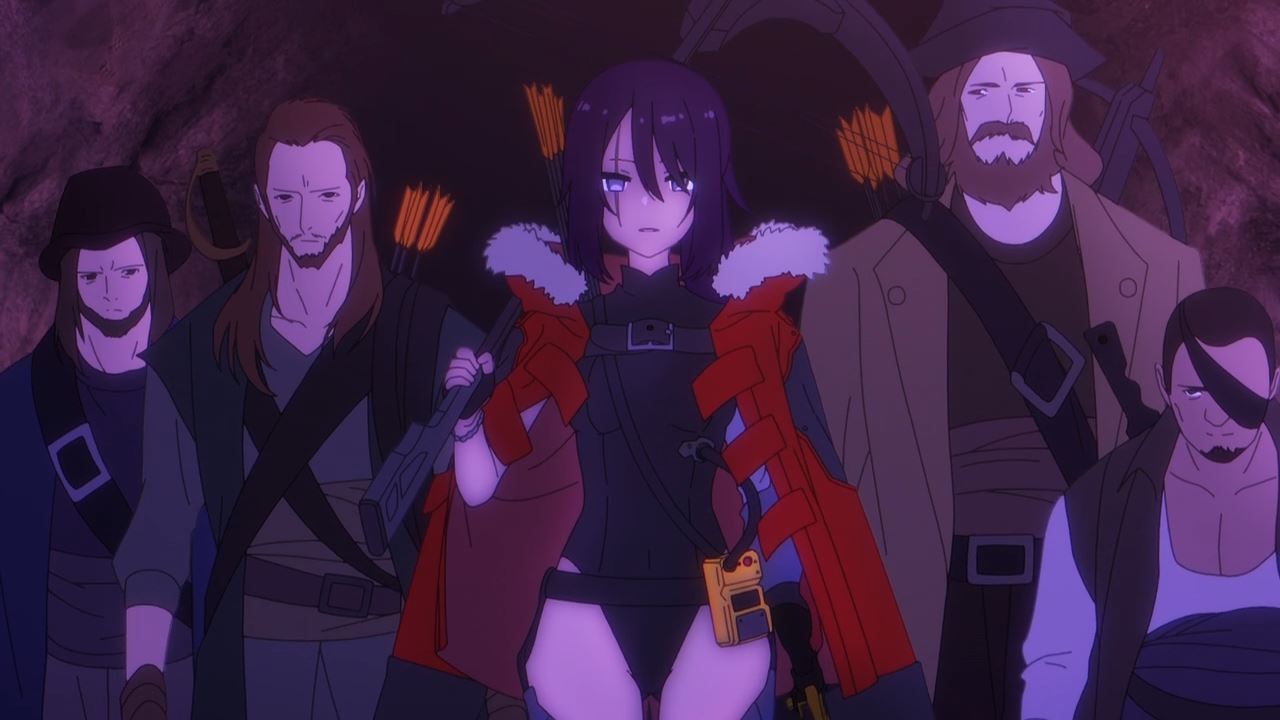 That’s where Isana comes in where her crew will provide assistance to the Colonel and the rest when crossing the Iron Ocean. And by the way, the Iron Ocean is lurking with monsters like the Gigantes or even one of Artemis’ drones passing by.

One more thing, I forgot to tell you that Isana is a friend to Monica Kaburagi, which is quite awkward for Monica to see her friend for a long time. 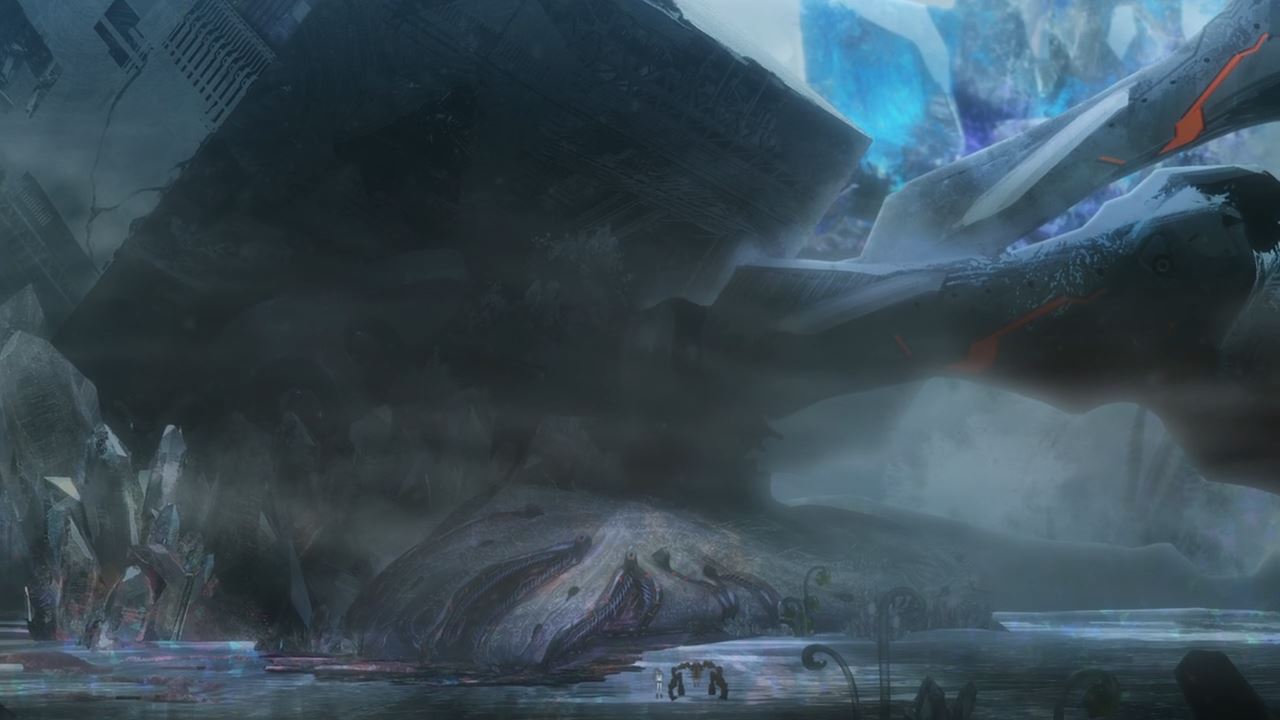 But anyways, they’re crossing towards the Iron Ocean where they’re not only laying low from monsters, but also find various things along the way like this carcass where it might contain valuable objects. 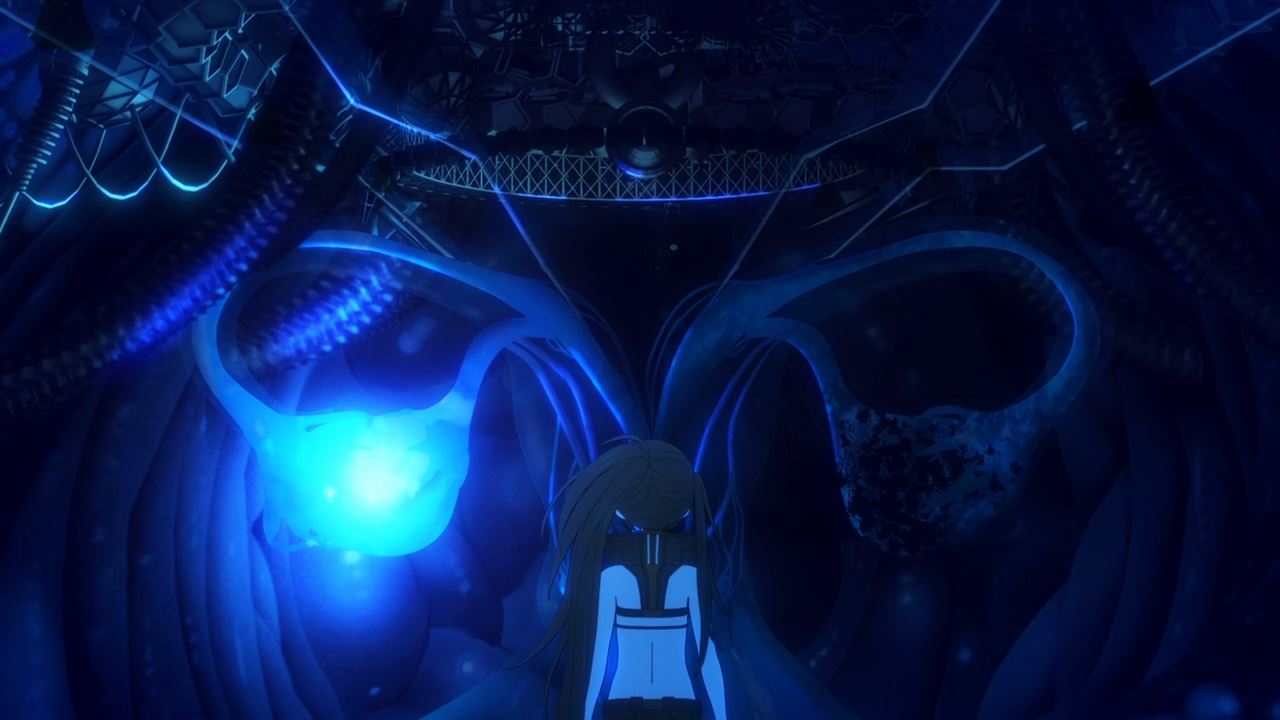 Now, I’m not sure if there is some hidden meaning behind it, but the Empress will have to take the ovary since it’s valuable. 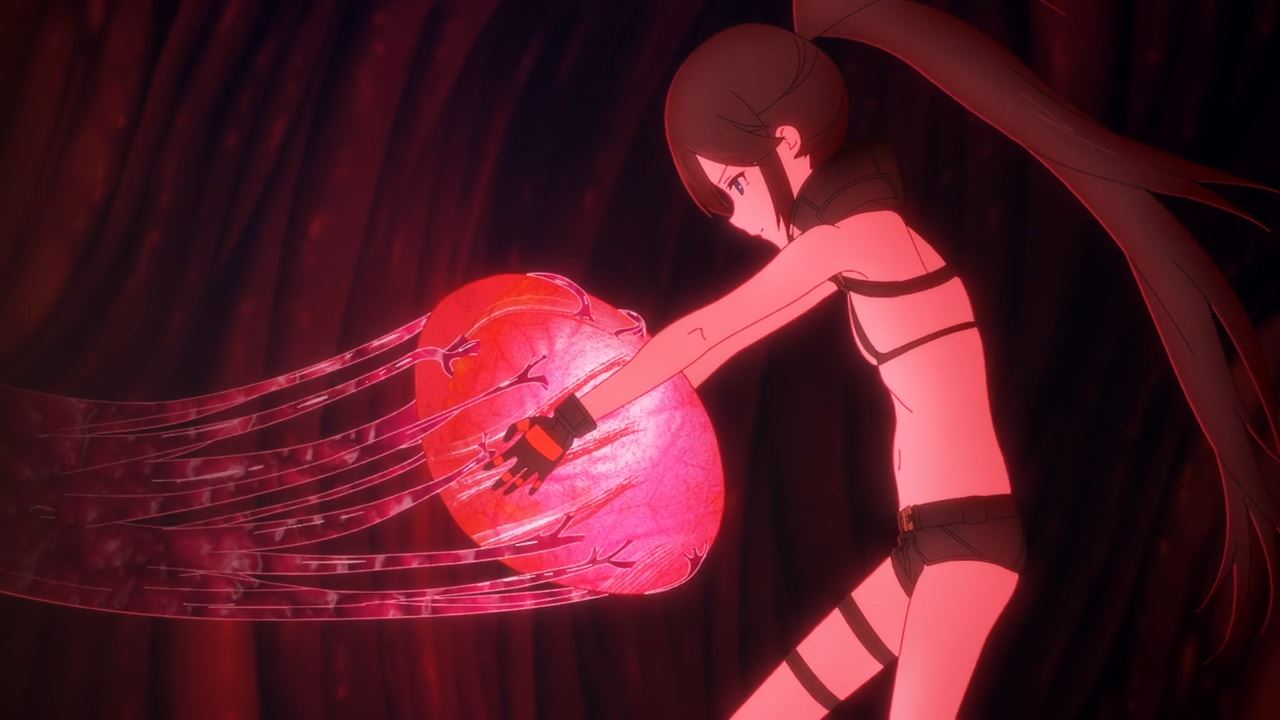 On second thought, it’s a bad idea where taking one’s egg might triggered an alarm. Looks like a swarm of monsters will arrive soon. 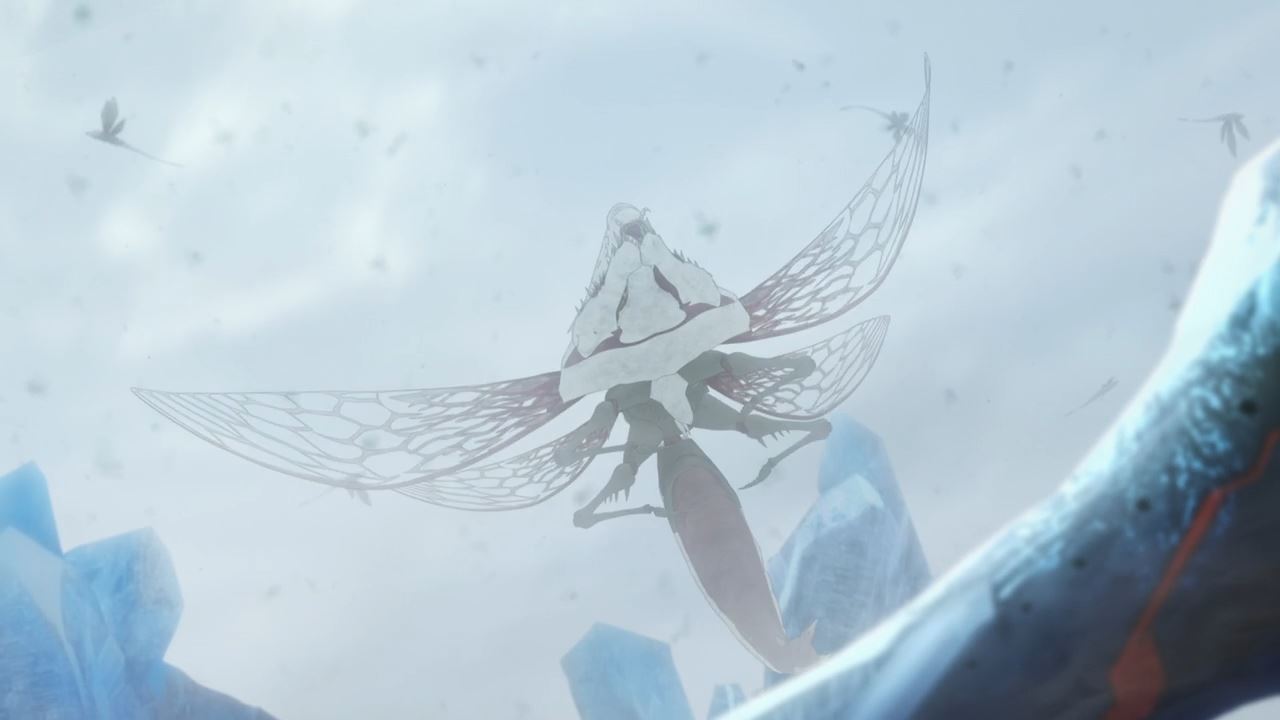 Anyways, looks like a giant bug has arrived to take out the intruders, although it’s been already sorted out by a certain Hemiteos Unit. 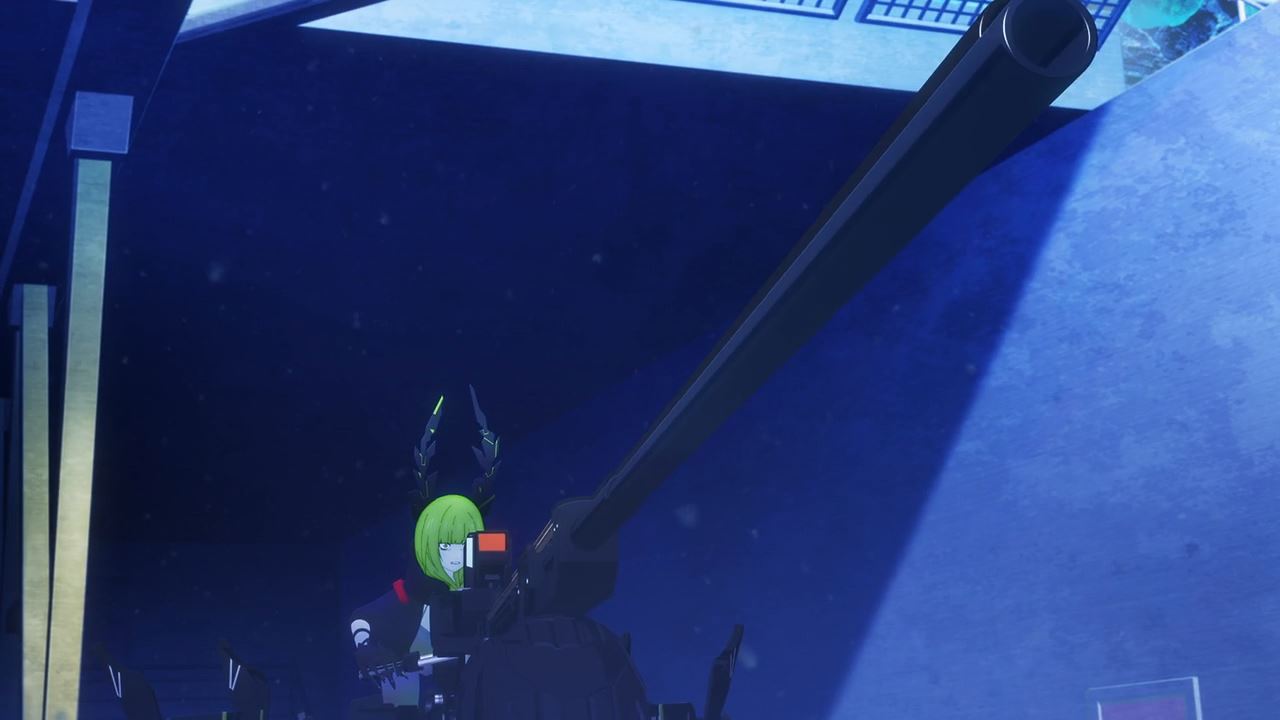 Then again, said Hemiteos Unit has a deep fear of bugs as Dead Master is really grossed-out that she’ll shoot it down until it’s dead. 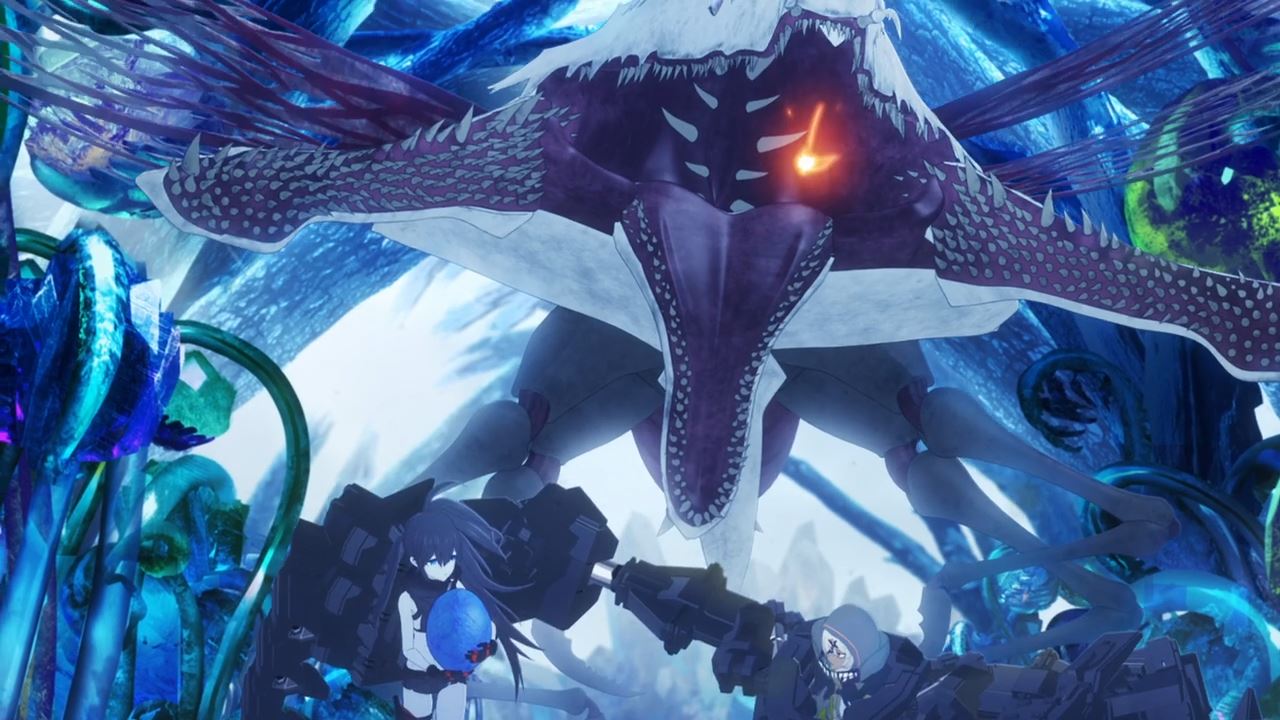 So yeah, glad that Dead Master is giving some cover fire to both the Empress and Strength as they return to the ship. 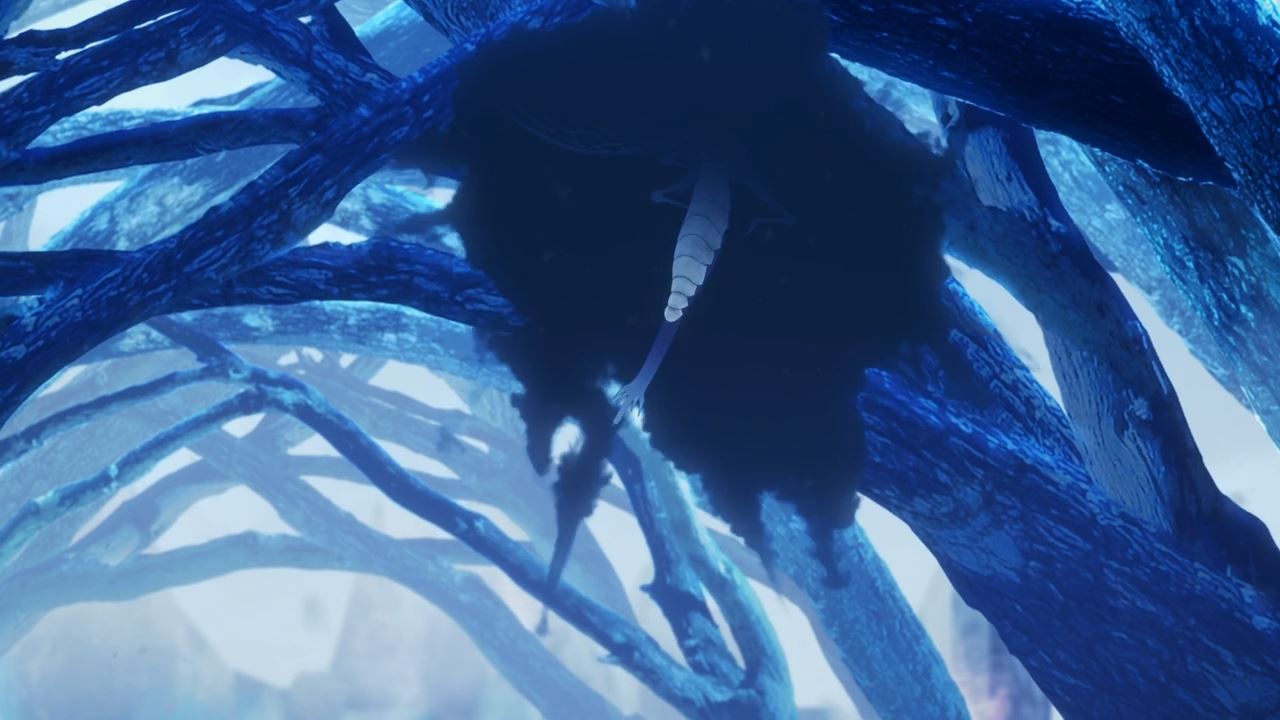 But as for the giant insect, it’ll be returned later but for now, it’s time to analyze the ovary that was extracted from the monster’s carcass. 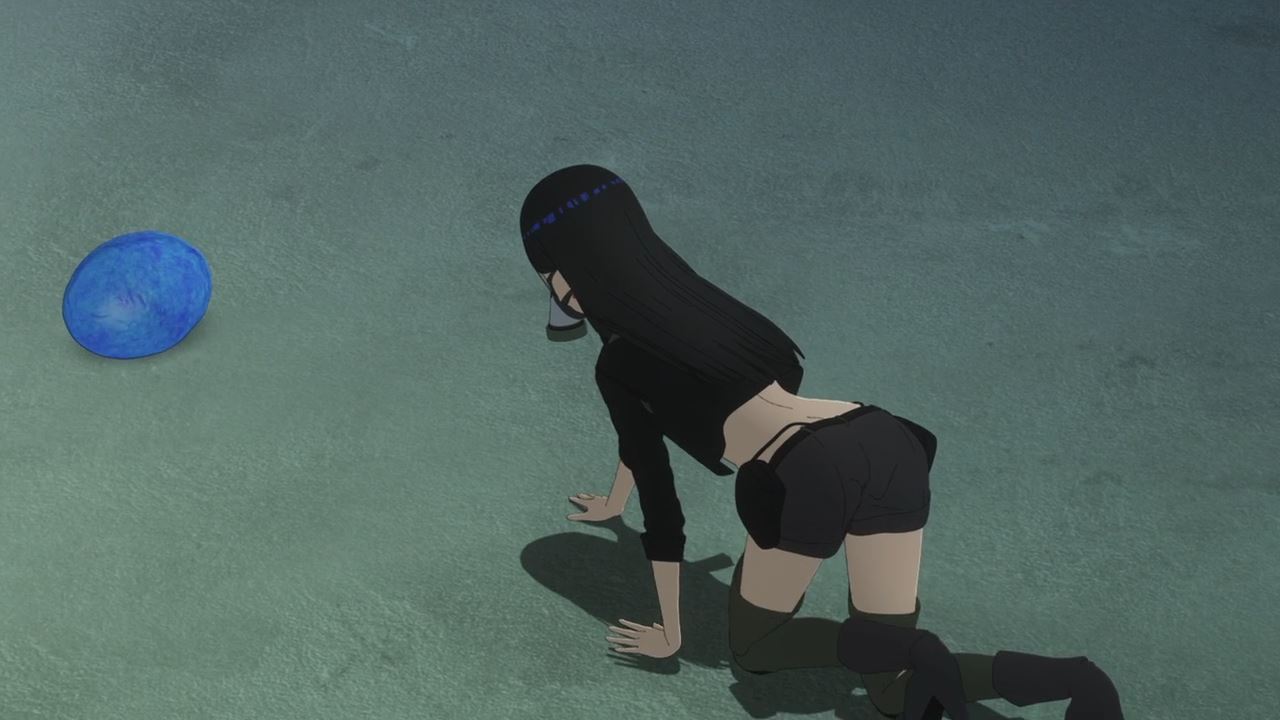 On second thought, seems that Monica Kaburagi wants to take the ovary by herself as she wants to sell it at a higher price. 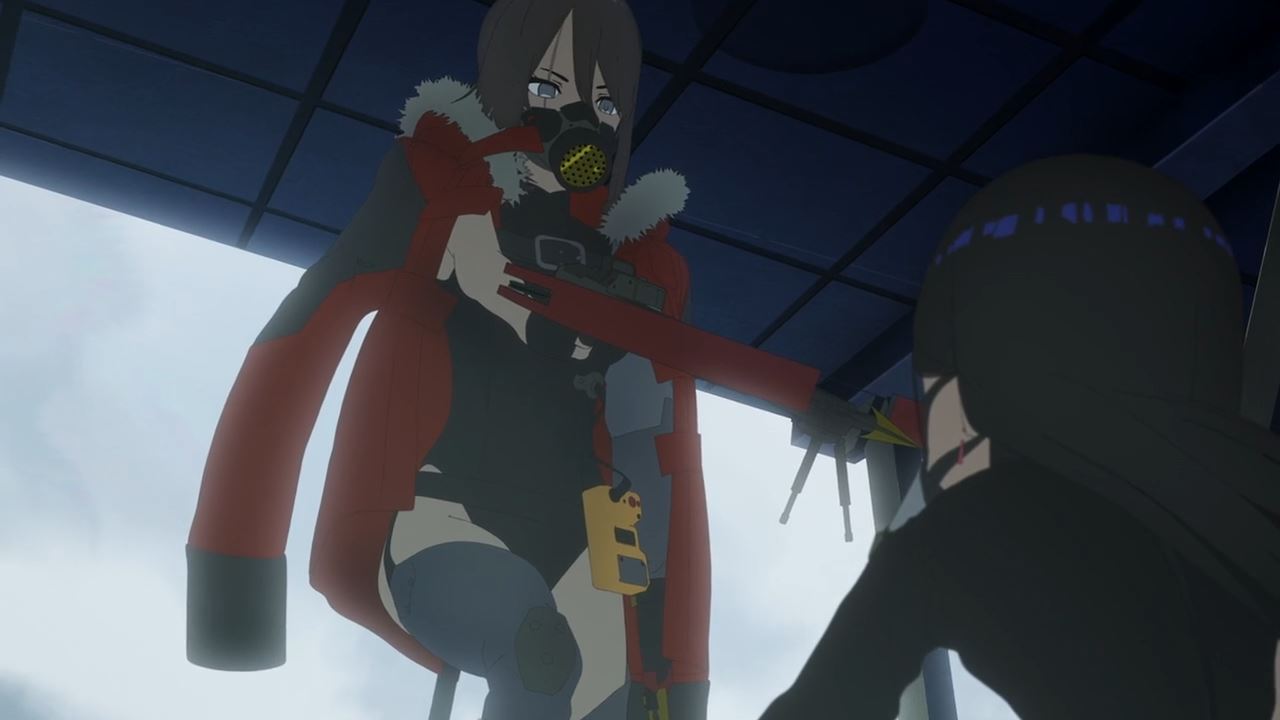 That’s until Isana shows up where she attempts to stop Monica from doing something devious. Also, it’s dangerous to cross the Iron Ocean by herself. 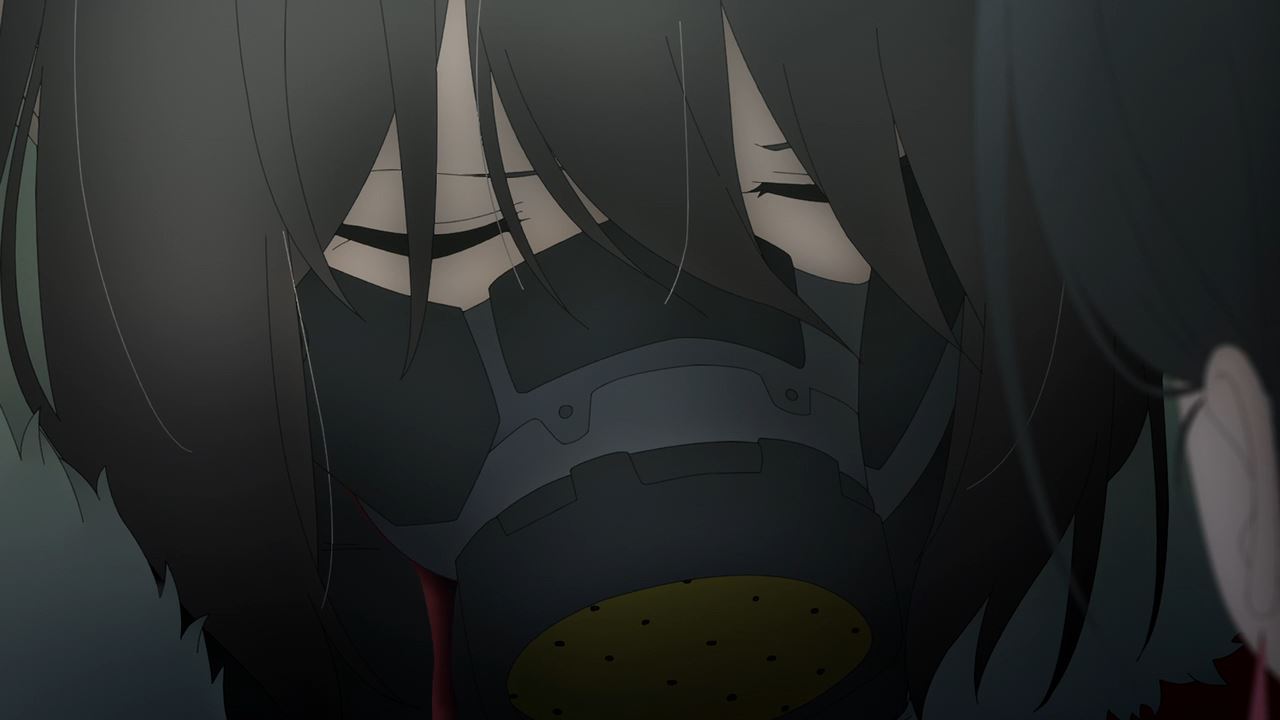 Speaking of Isana, turns out that she doesn’t have much time left in this world as her body is contaminated with Arche.

I have a feeling that the reason why she left Monica Kaburagi is because she doesn’t want her friend getting infected. That’s my theory by the way. 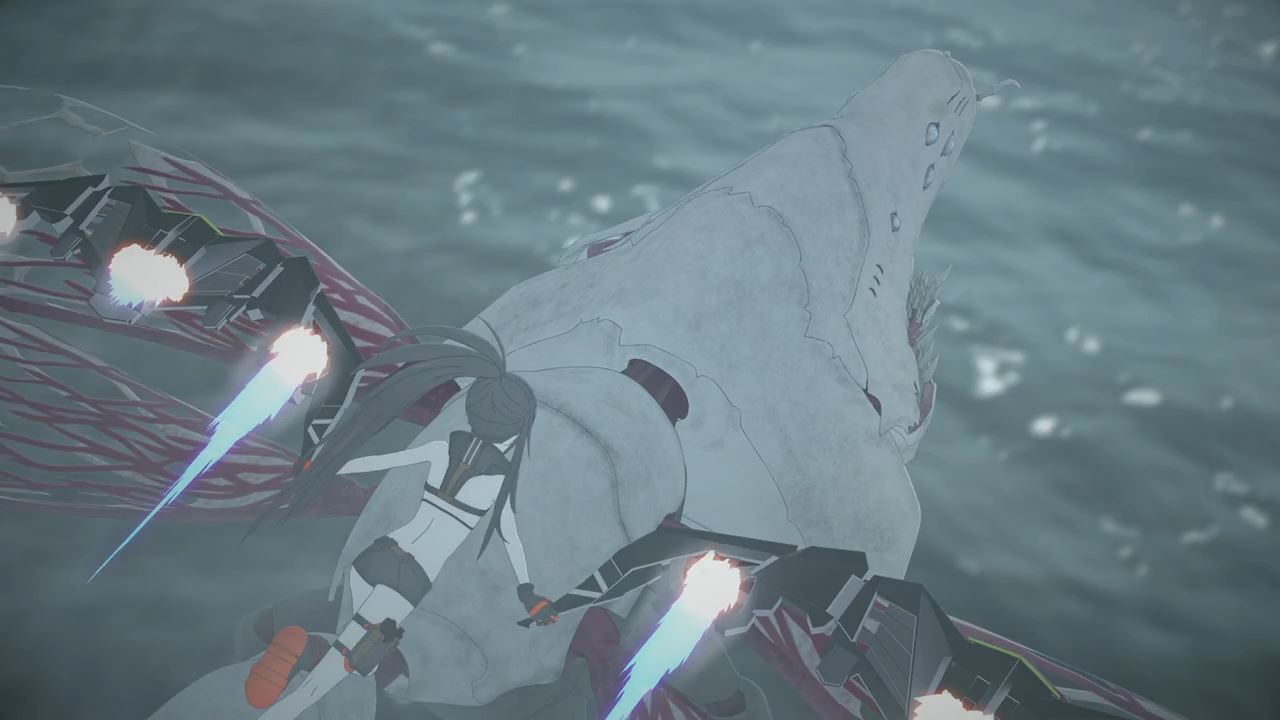 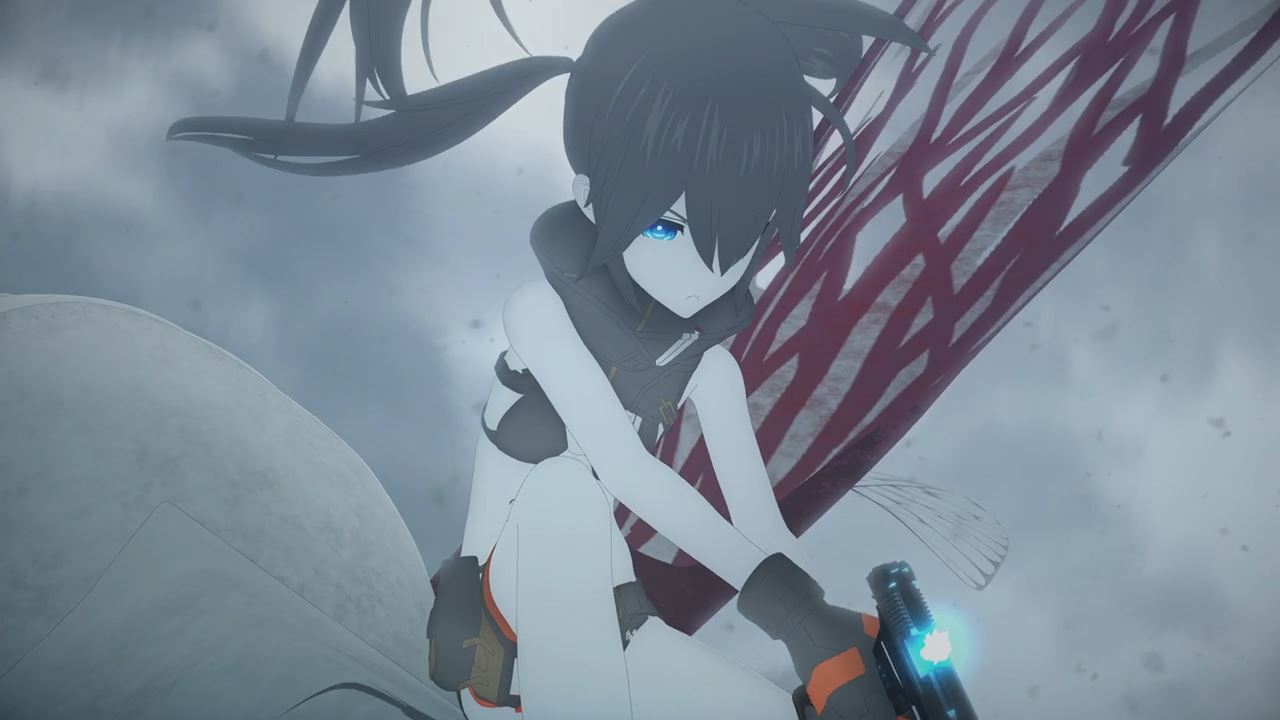 Now then, looks like the giant insect has returned to terrorize Black Rock Shooter and her company at the Iron Ocean.

Fortunately, the Empress will try to take it down with her pistol, although I wish she would use Dead Master’s jet-powered boomerangs since it’s more effective. 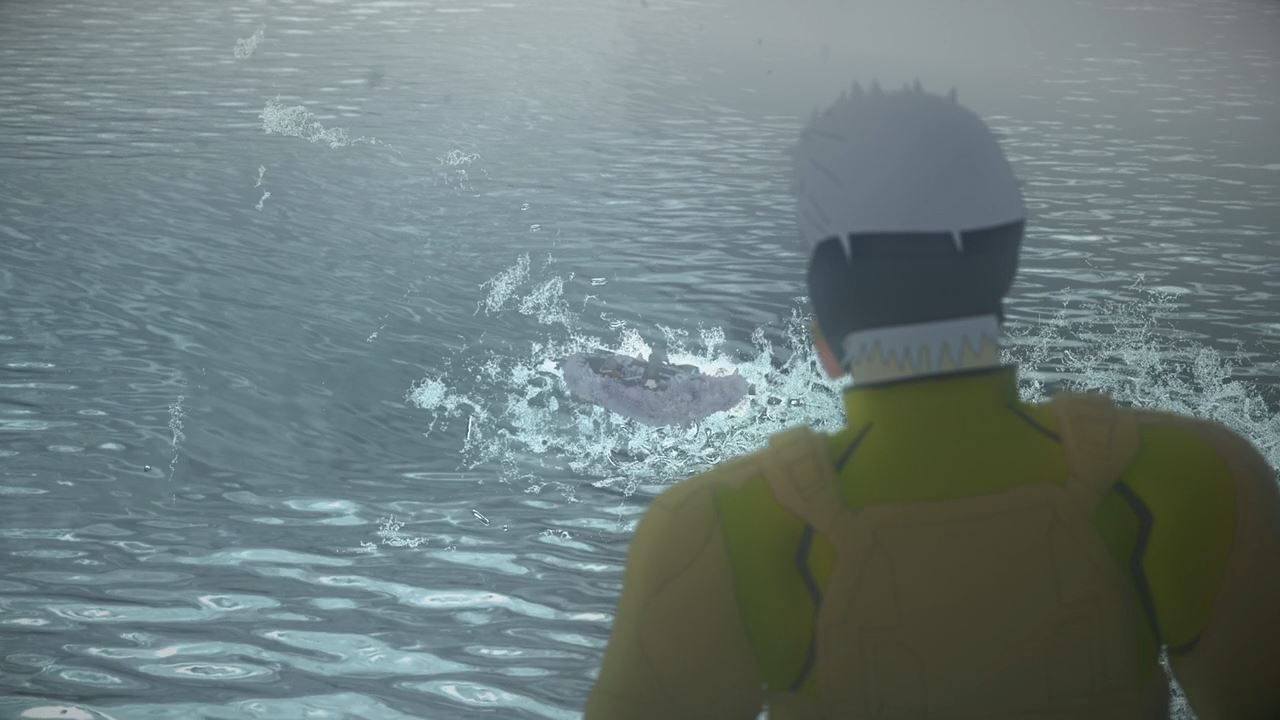 Meanwhile, looks like the Colonel is alarmed that Monica Kaburagi bailed on him and the rest of the Hemiteos Units.

While he’s pissed on this treachery, the truth is that Monica will use the ovary as bait for the flying incest as she’s joined with her friend Isana. 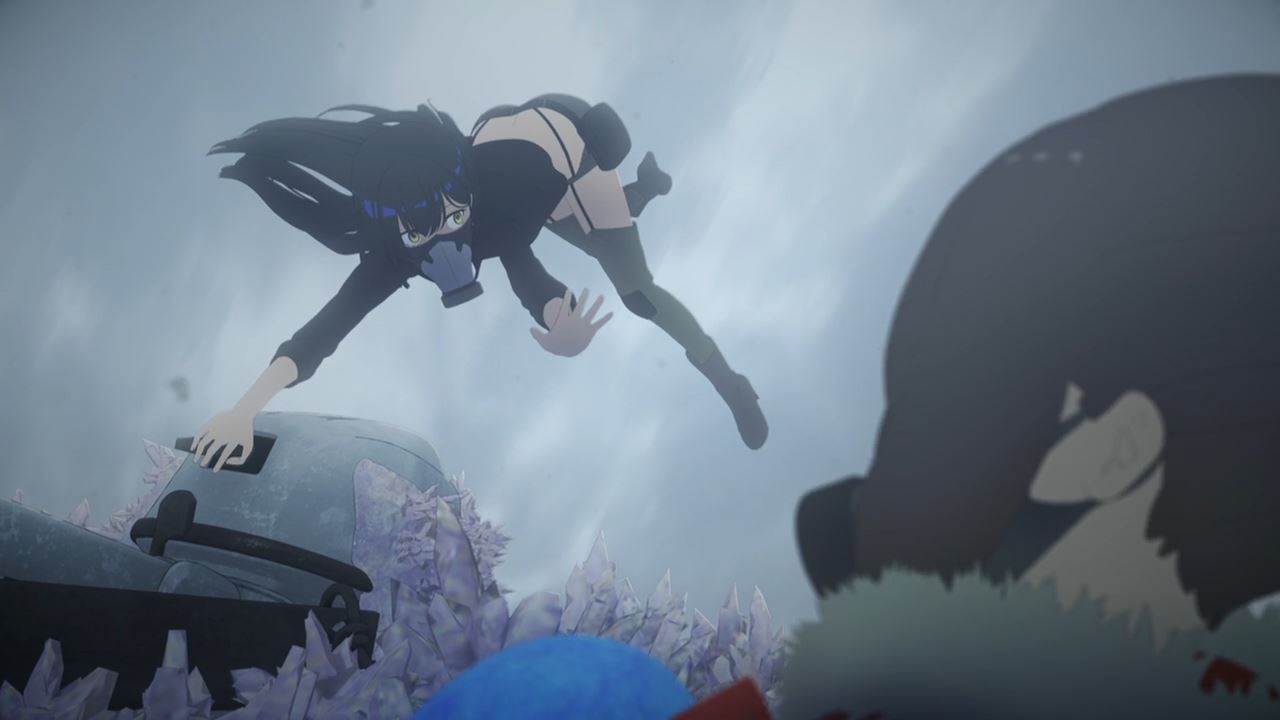 But speaking of Isana, it appears that she accidentally lost her balance as she’s gonna fall into the Iron Ocean. 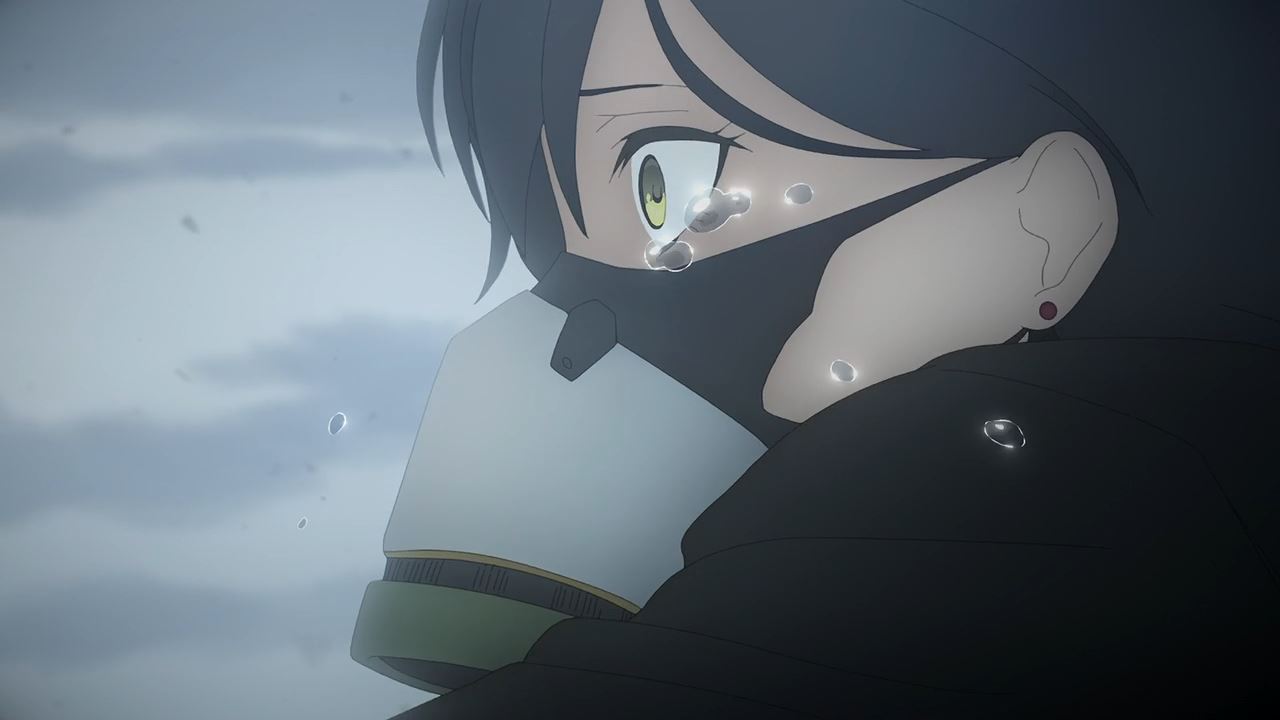 For Monica Kaburagi, she doesn’t want to lose her dear friend again. If only someone would rescue Isana from her demise. 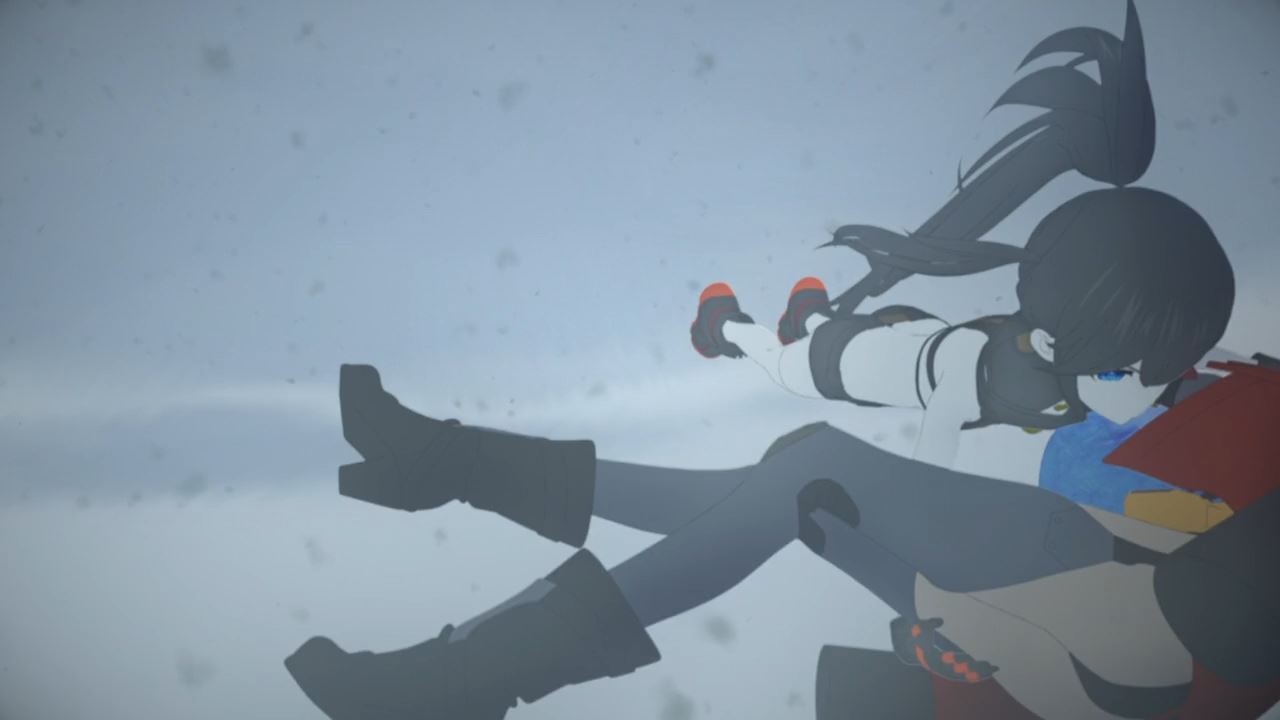 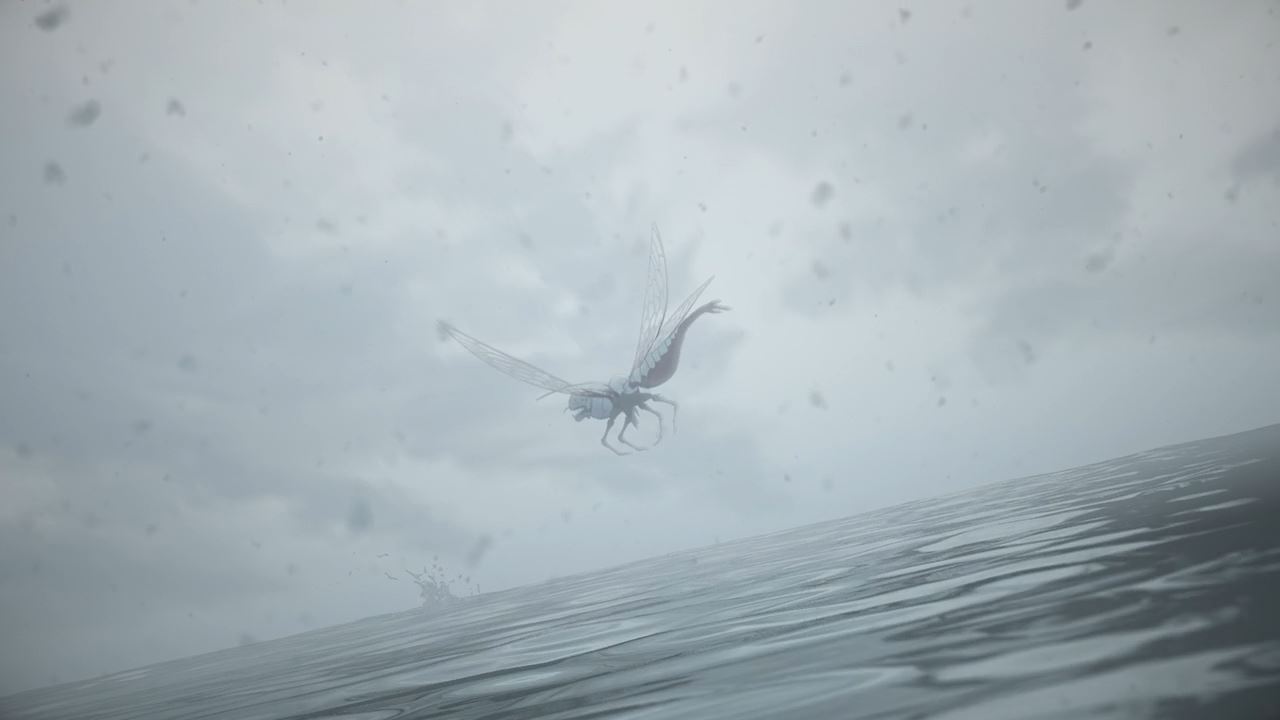 …and fell to the ocean. What a grievous mistake as the Empress should have equipped with Dead Master’s boomerangs to lift herself up together with Isana. 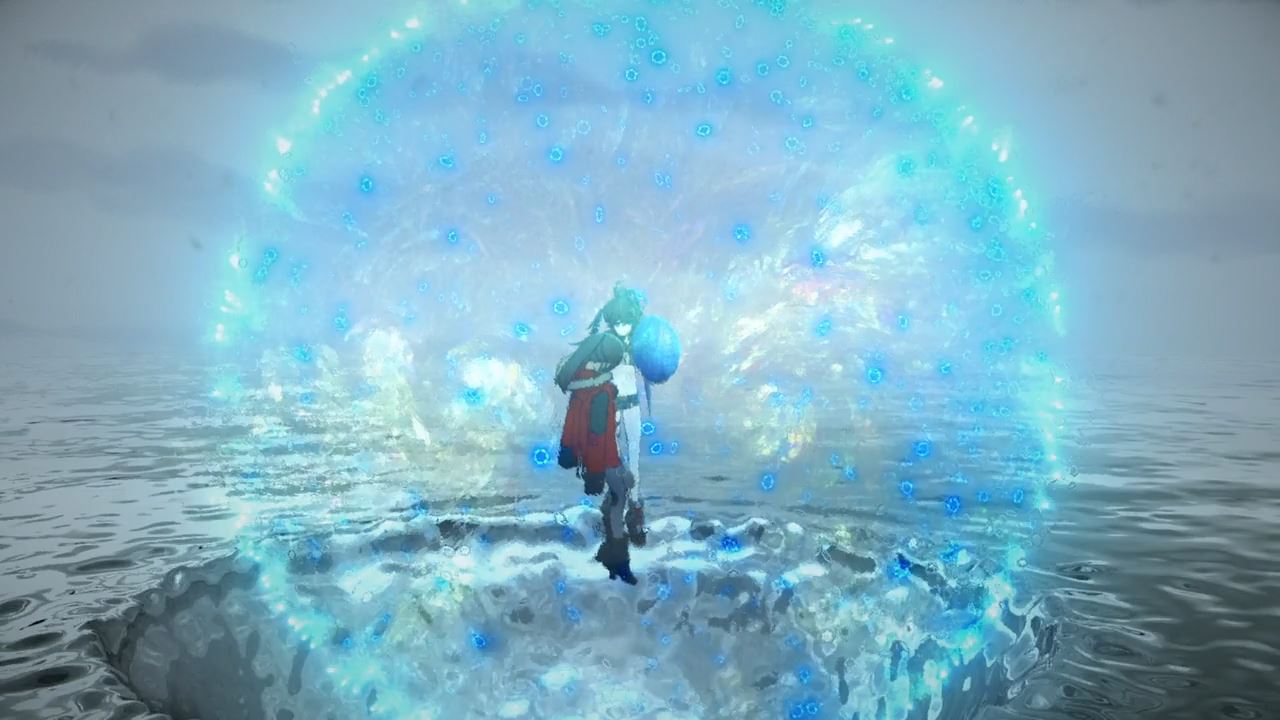 Well, I spoke too soon as Black Rock Shooter is enveloped with a barrier that protects both herself and Isana from the Arche. 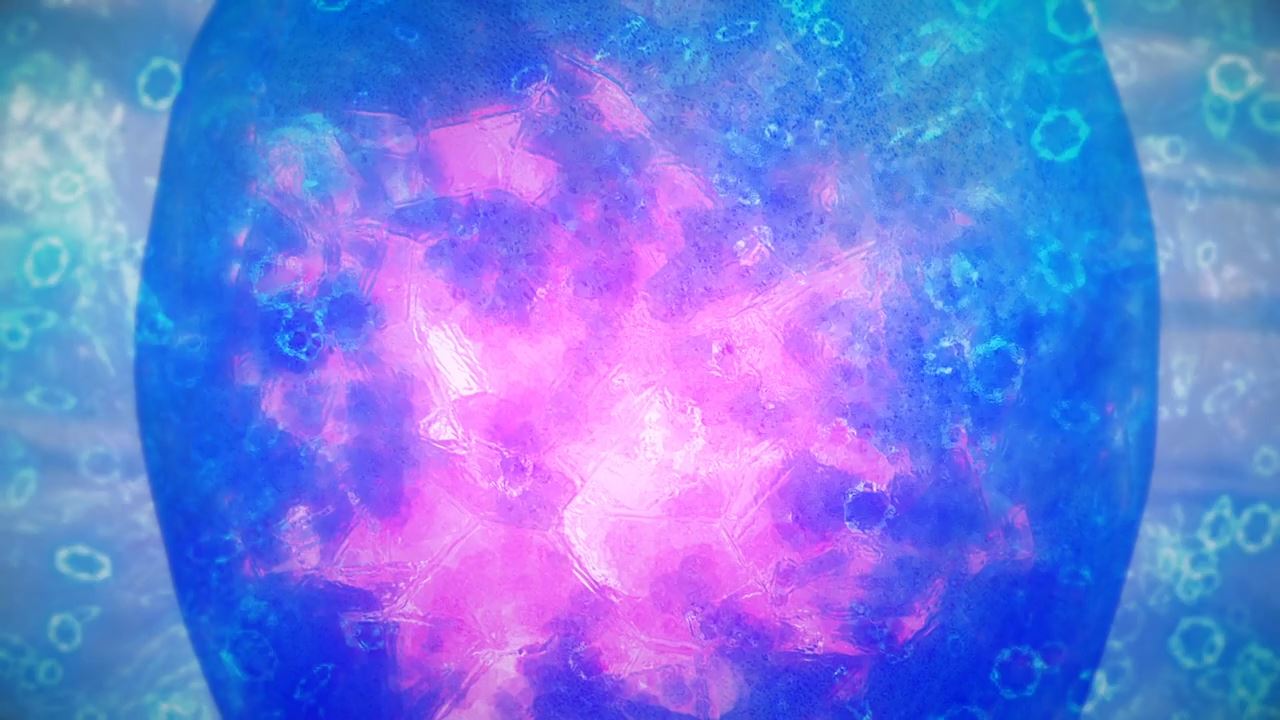 Not only that, but the ovary is reacting to the Empress. I have a feeling that Black Rock Shooter is getting stronger every time she reacts to various objects. 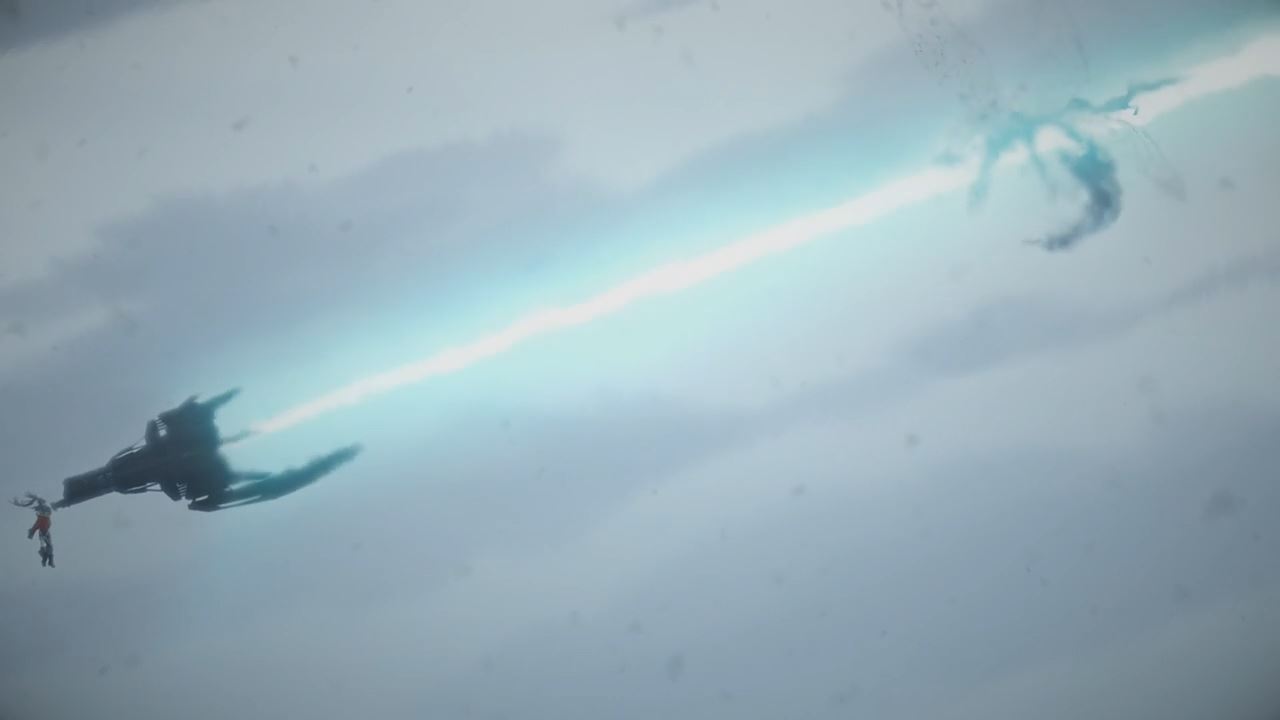 Anyways, it looks like the ovary has granted Black Rock Shooter a giant laser cannon with a bayonet, killing the insect in a single shot.

Honestly, the Empress is very mysterious when it comes to her capabilities as she can strengthen her combat skills through data acquisition. 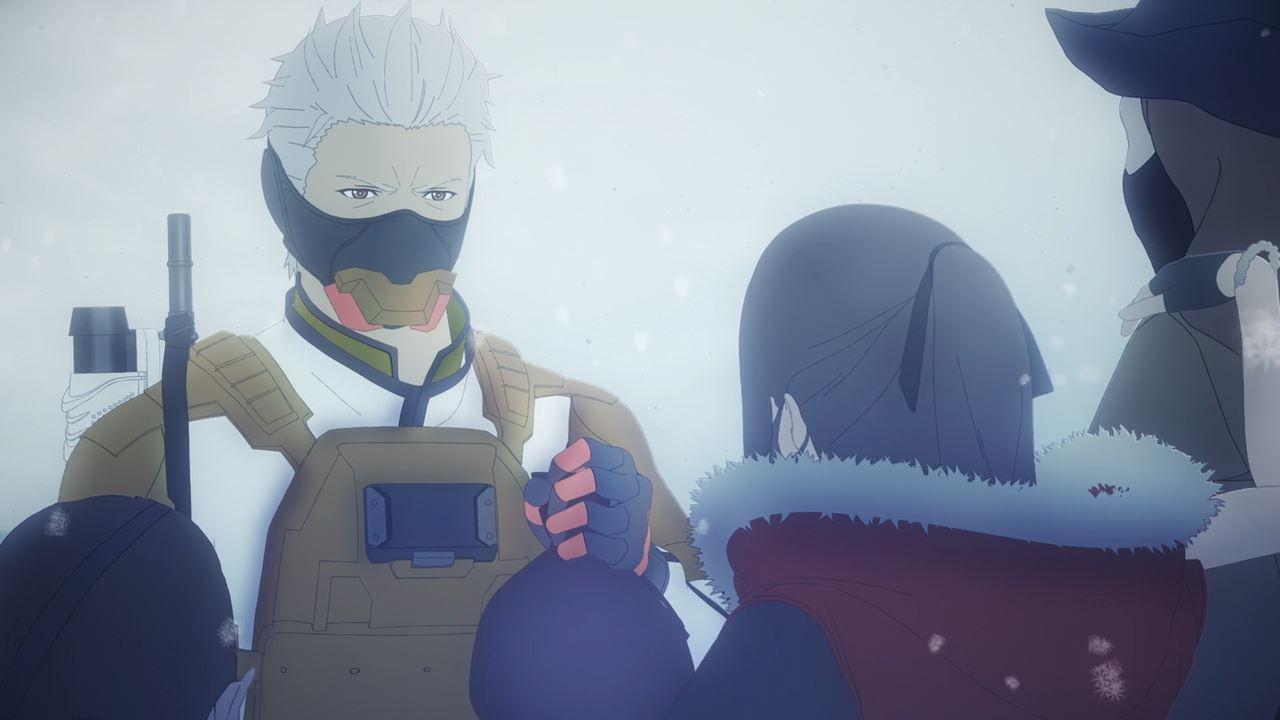 Now then, the Colonel and the rest have arrived at the orbital elevator after a perilous journey.

Of course, the Colonel will have to give a sack full of batteries to Isana as reward for helping them cross over the Iron Ocean. 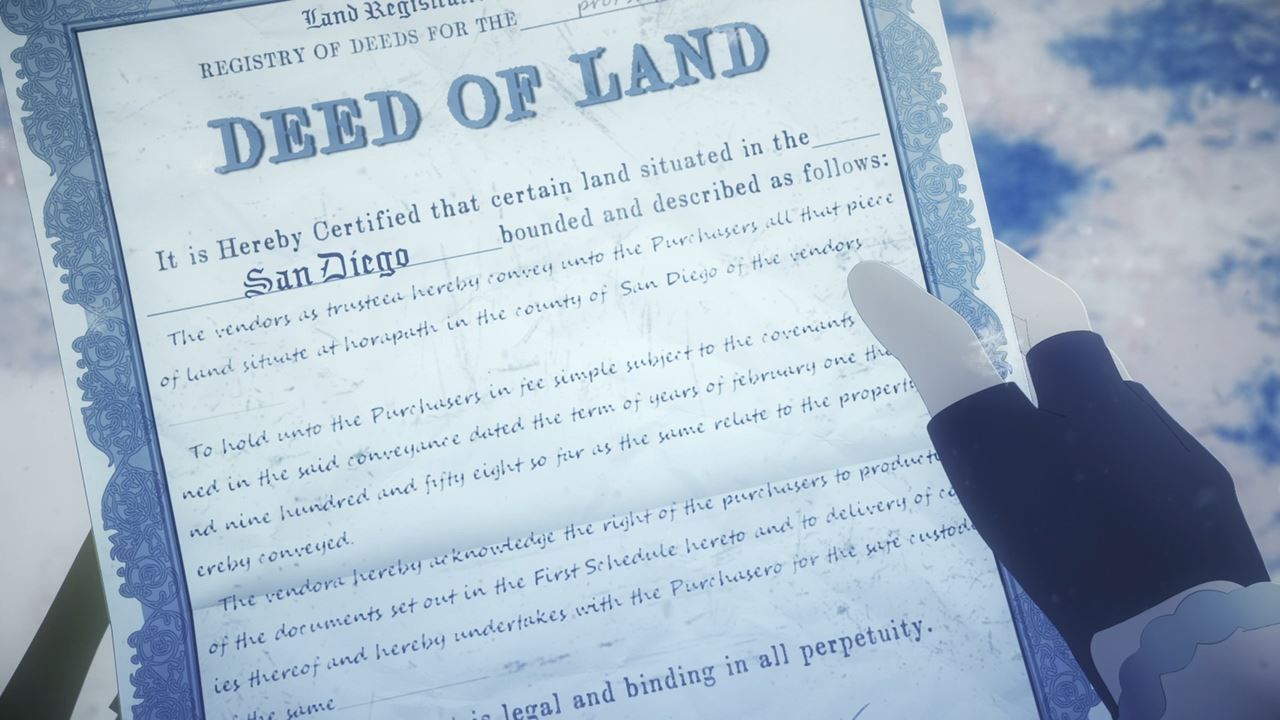 Not only that, but he grant her a Deed of Land where she’ll have a house in San Diego, California.

While Isana doesn’t want a place to settle down since she might die soon, Monica wants her friend to live a bit longer as she wants to spend some remaining time towards Isana. 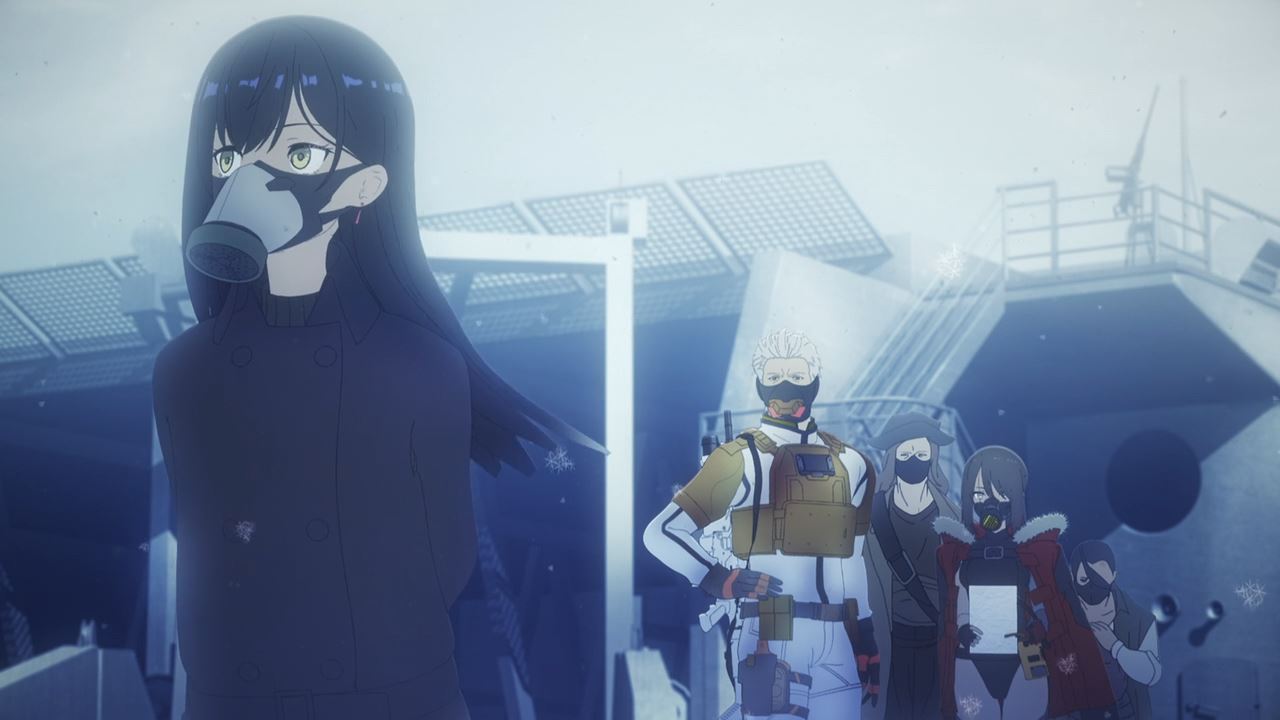 Anyways, it’s interesting that a vulgar woman like Monica Kaburagi has a caring side towards her long-lost friend Isana. Seriously, I wish that they’ll settle down soon once the Artemis threat is over.

With that said, the next episode will see Black Rock Shooter and her fellow Hemiteos Units attempt to destroy the orbital elevator. Of course, it won’t be easy preventing the end of all human life!