Oh shit, it appears that Smiley didn’t just die back in Episode 6 as he has a spare body, meaning that this sex doll with a retractable penis has retuned to torment innocent girls.

Also, here’s Lunatic where the only thing she cares about is the completion of the orbital elevator and the destruction of all humanity. Seriously, this anime is really fucked up! 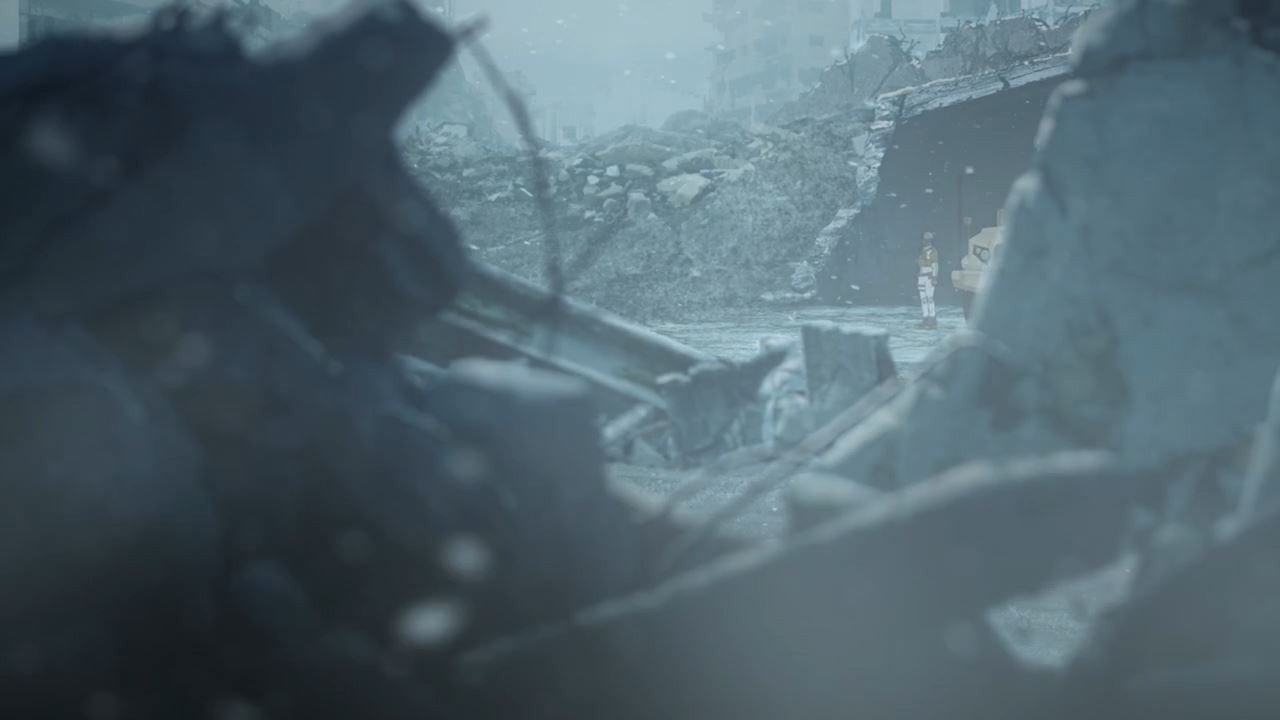 Anyways, the Peacebuilding Corps and the remaining Hemiteos Units have arrived in Bogotá, the capital city of Columbia where it has seen better days thanks to Artemis and her army of drones.

By the way, the reason why they took a detour to Bogotá is because Black Rock Shooter wanted to go to Lighthouse No. 8 and find out the truth, even though some claimed that she won’t find anything significant. Then again, where’s Lighthouse No. 8? 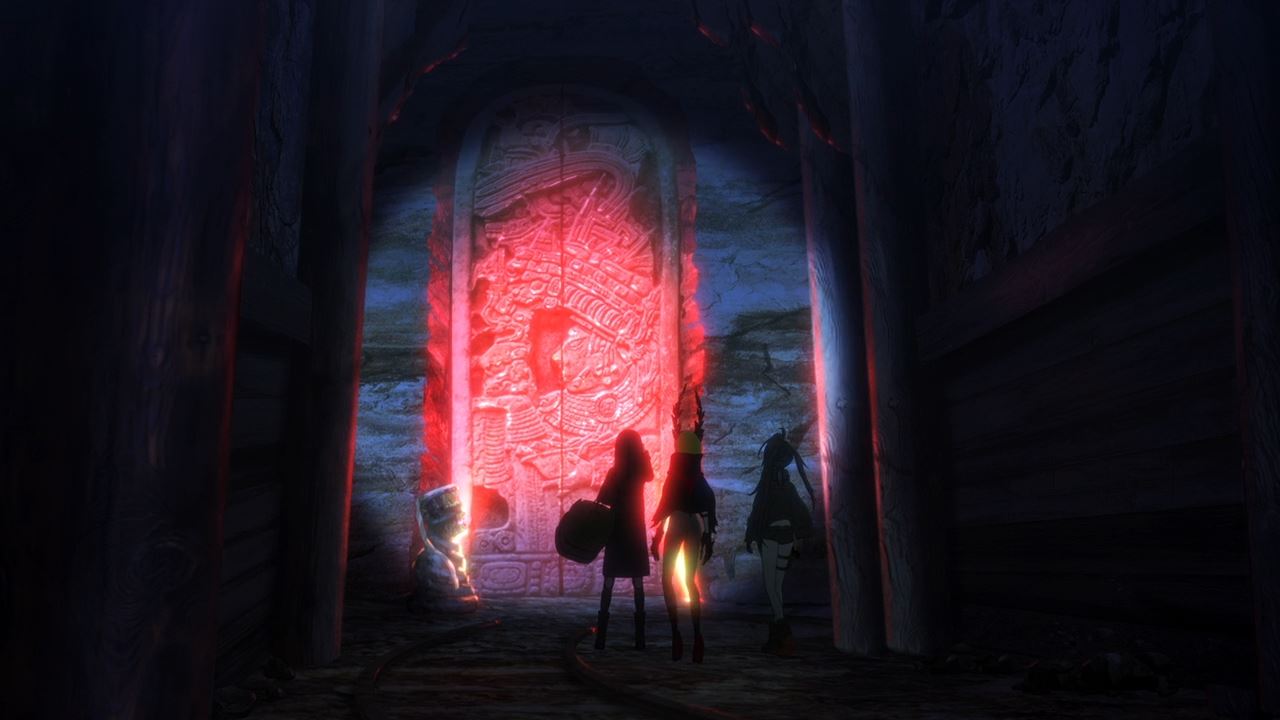 Turns out that the remains of Lighthouse No. 8 is located in an abandoned mine. I’m hoping that the Empress and her friends can find some clues on why they existed in the first place. 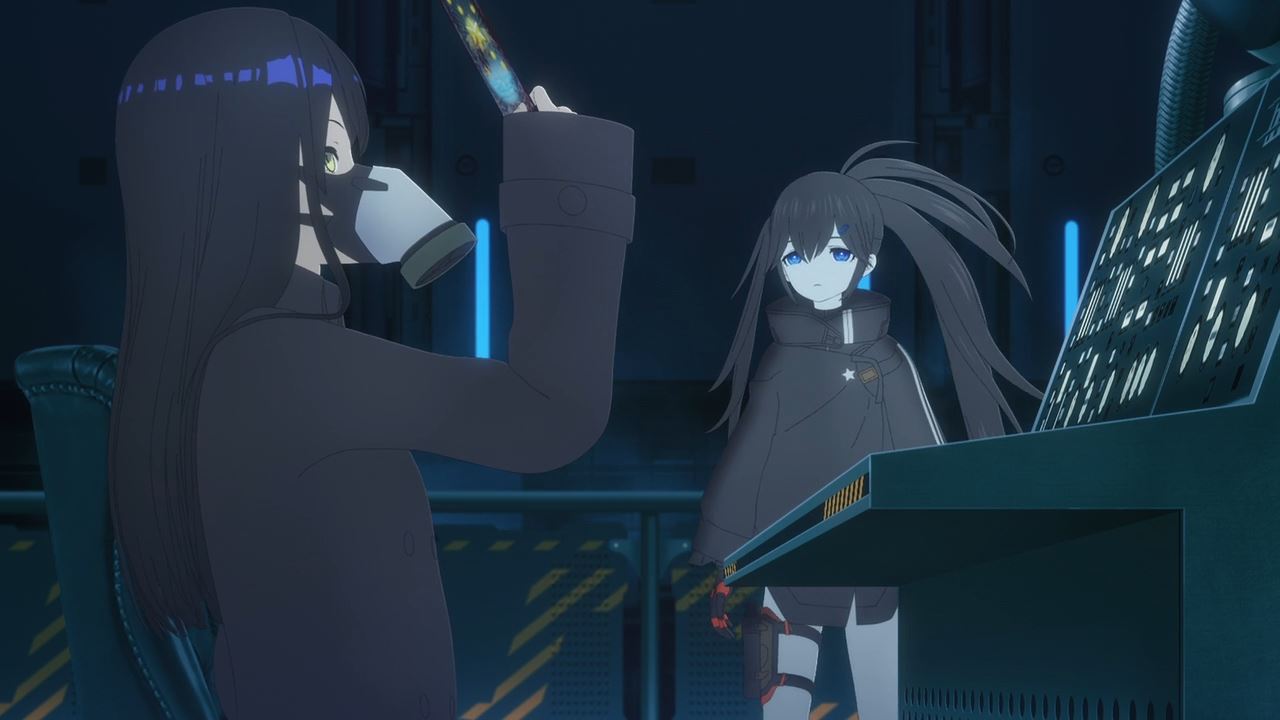 Now then, looks like Monica Kaburagi stumbled upon a tarot card, but there’s something odd about it… 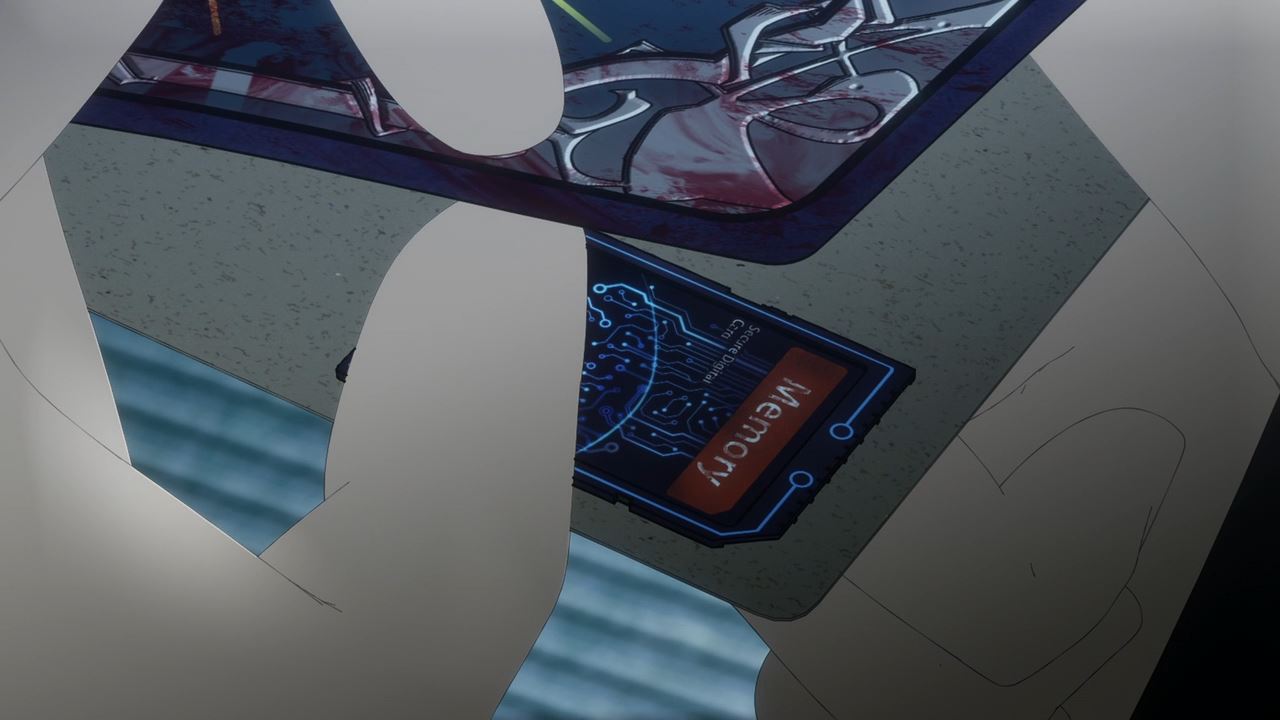 Oh, seems that the tarot card hides an SD card, a rare piece of storage media in this post-apocalyptic world. Now curious on what’s inside this card. 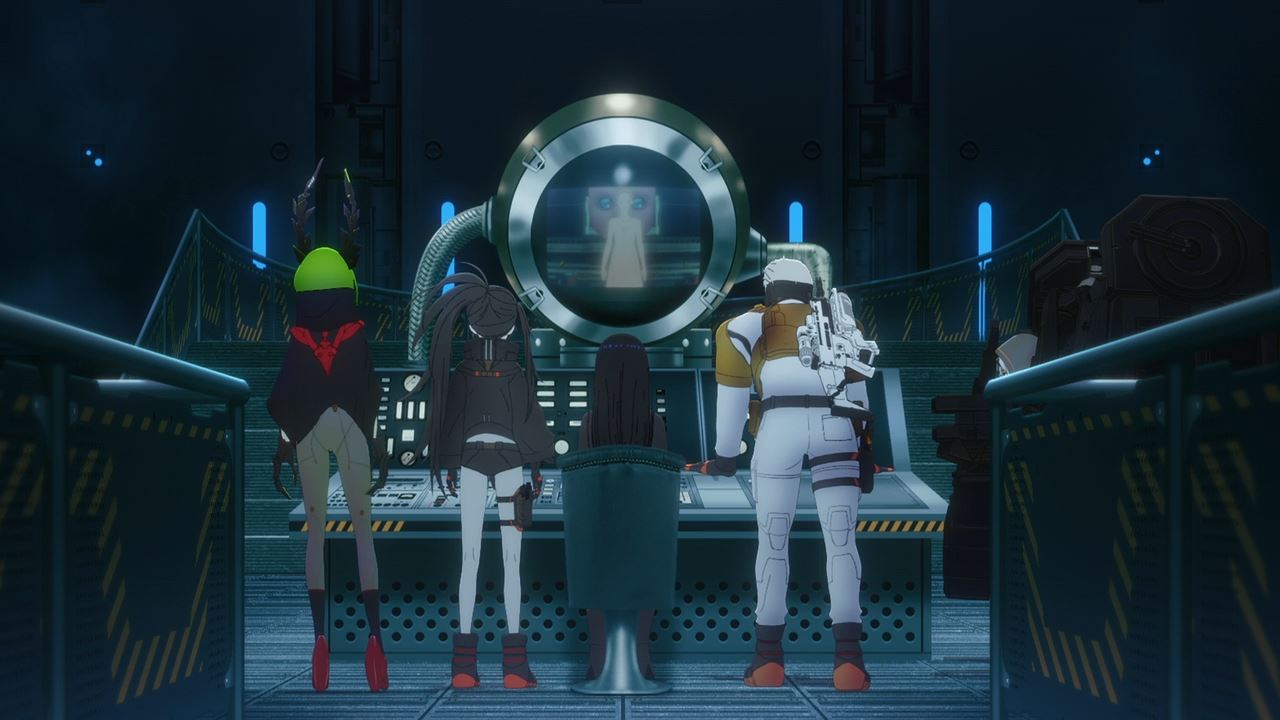 Well, turns out that it contains a video of Jessica where the Colonel’s wife revealed herself to be a Hemiteos Unit, although she’s identified as inferior or a prototype.

Aside from her identity as a Hemiteos Unit, Jessica revealed that she’s the one who created Hemiteos Units by recruiting young orphaned girls, name all of the girls based on the Major Arcana cards, and transform them into weapons should the Elysion Project went haywire. 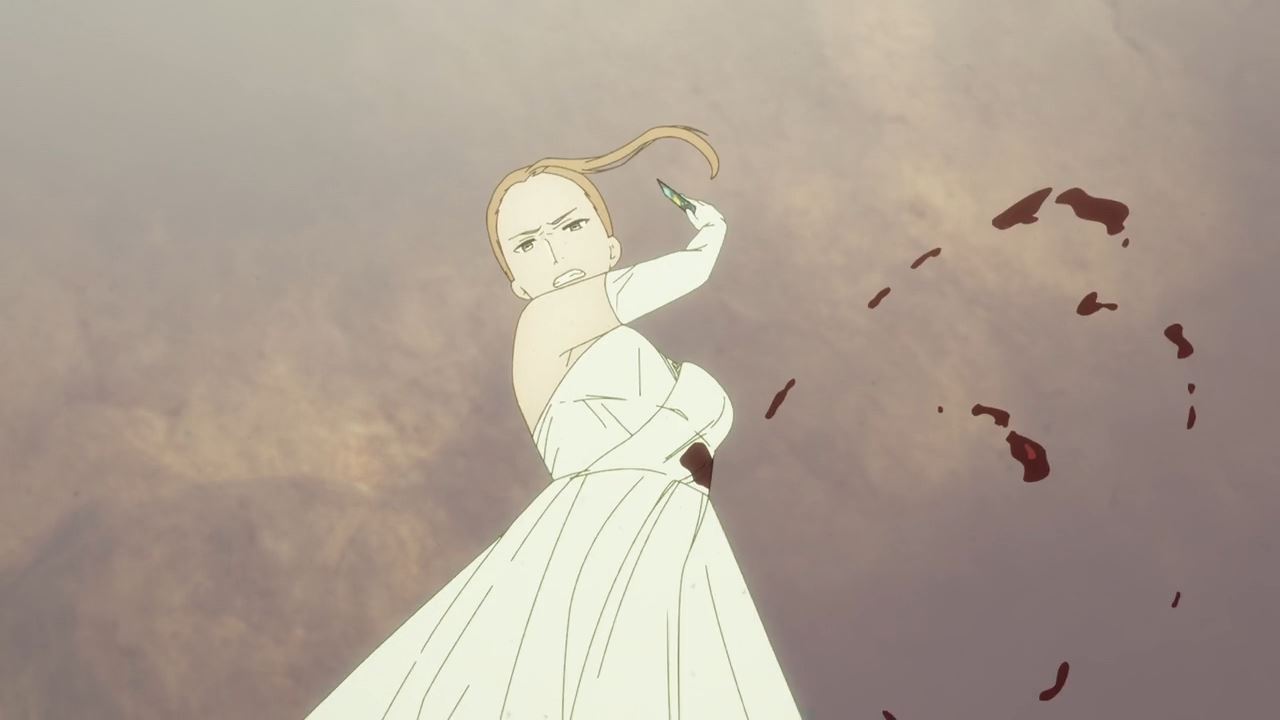 Sadly, Jessica and her daughter Charlotte are captured by the Educational Institute where Smiley almost succeeds in turning Charlotte into a Hemiteos Unit had Jessica tampered her daughter’s genes. And worse of all, Jessica jump off from an airship after failing to rescue Charlotte from Smiley’s grasp.

While it sucks that Jessica couldn’t stop Smiley and his machinations, I have a feeling that she’s hiding somewhere as Jessica wouldn’t die so easily after jumping from a high altitude. And one last thing, it appears that the Colonel has a name where Jessica calls him David.

Of course, it’ll take 10 or more minutes to readjust the Empress’ body, therefore someone needs to guard her body until the readjustment is complete. 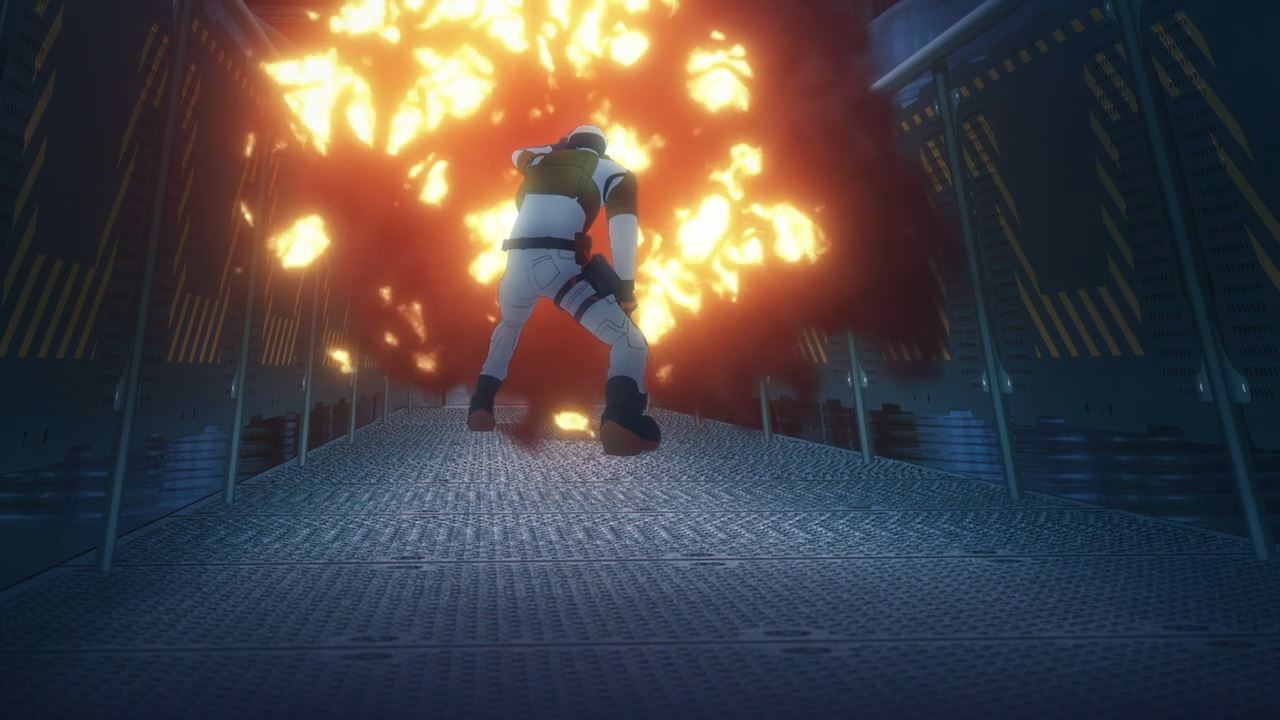 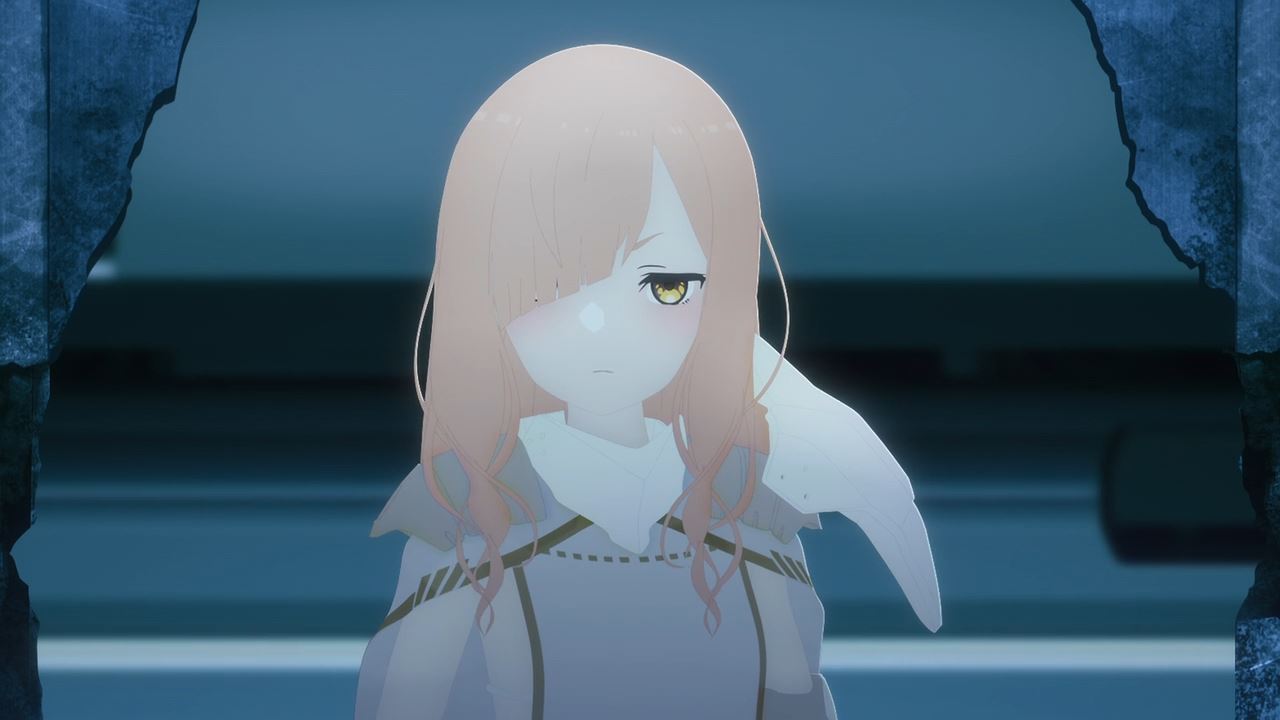 Unfortunately, looks like someone wants to get ahold of those proteins as Charlotte has arrived in Lighthouse No. 8. Seriously, she needs to be stopped at once ’cause being controlled by Smiley is not good! 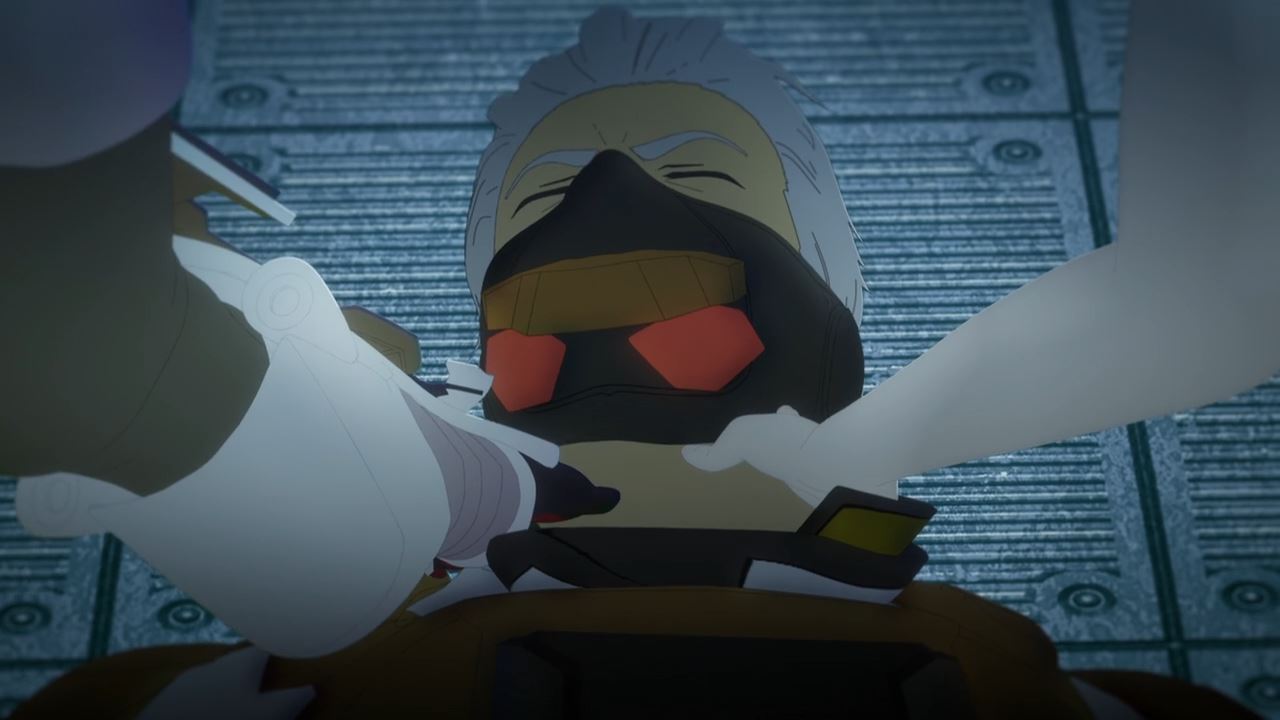 Also, Charlotte is about to strangle her biological father to death. Dammit, someone needs to save the Colonel! 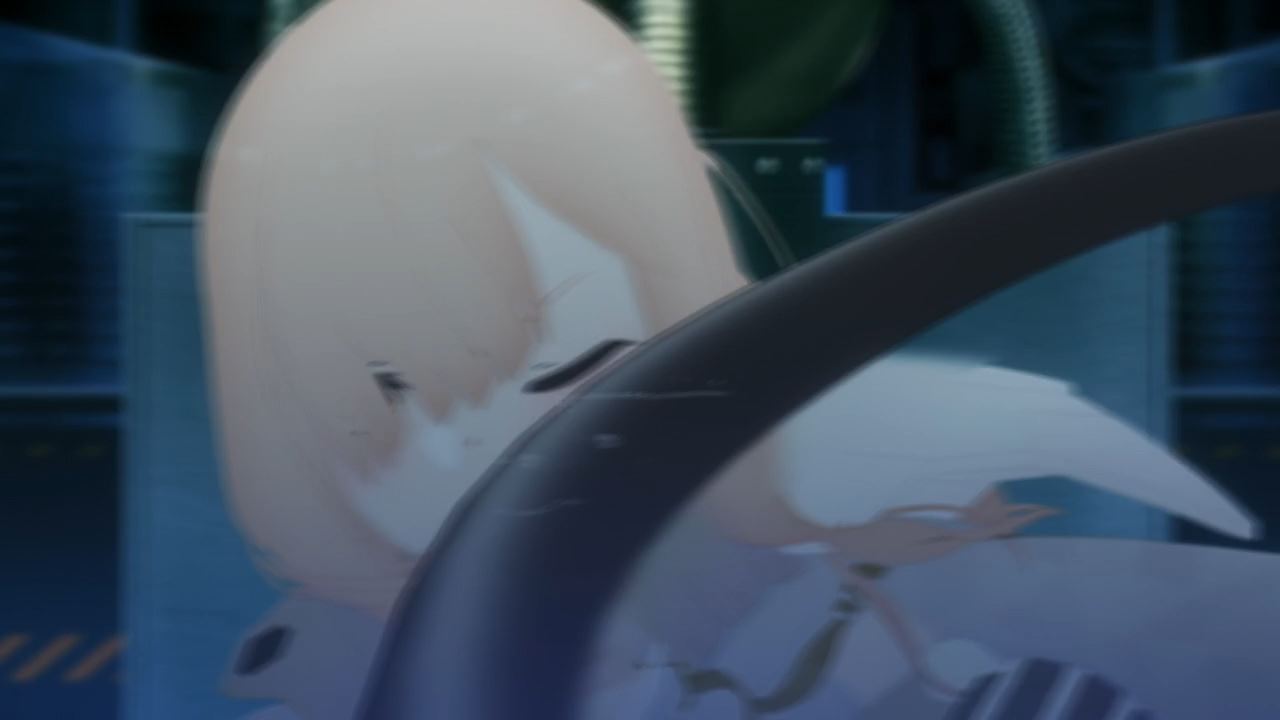 Good thing Charlotte got slapped by a thick wire, but I wonder who did it ’cause both Strength and Dead Master are busy taking out the Educational Institute and Artemis’ drones? 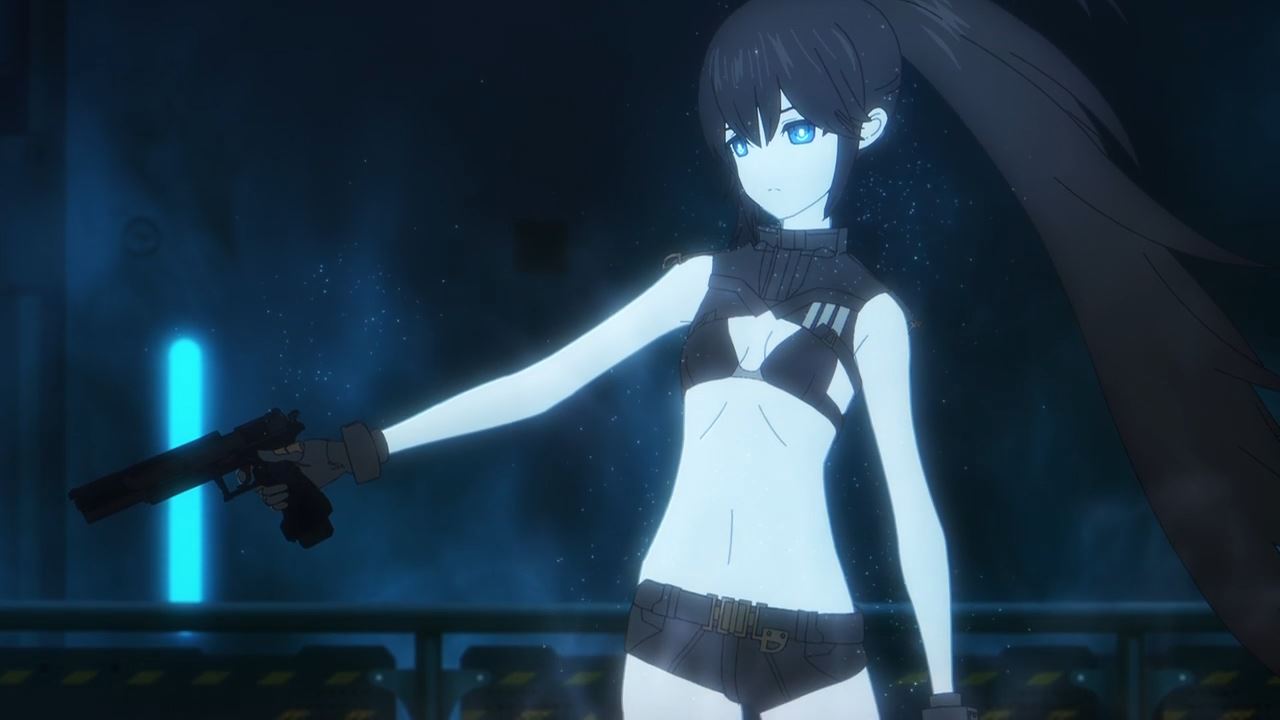 Oh, it’s the Empress where her body reconstruction is complete just in time, although she’s still wearing the same getup!

Looks like we’ll see Black Rock Shooter’s new powers on the next episode ’cause I want the Empress to save Charlotte by any means.