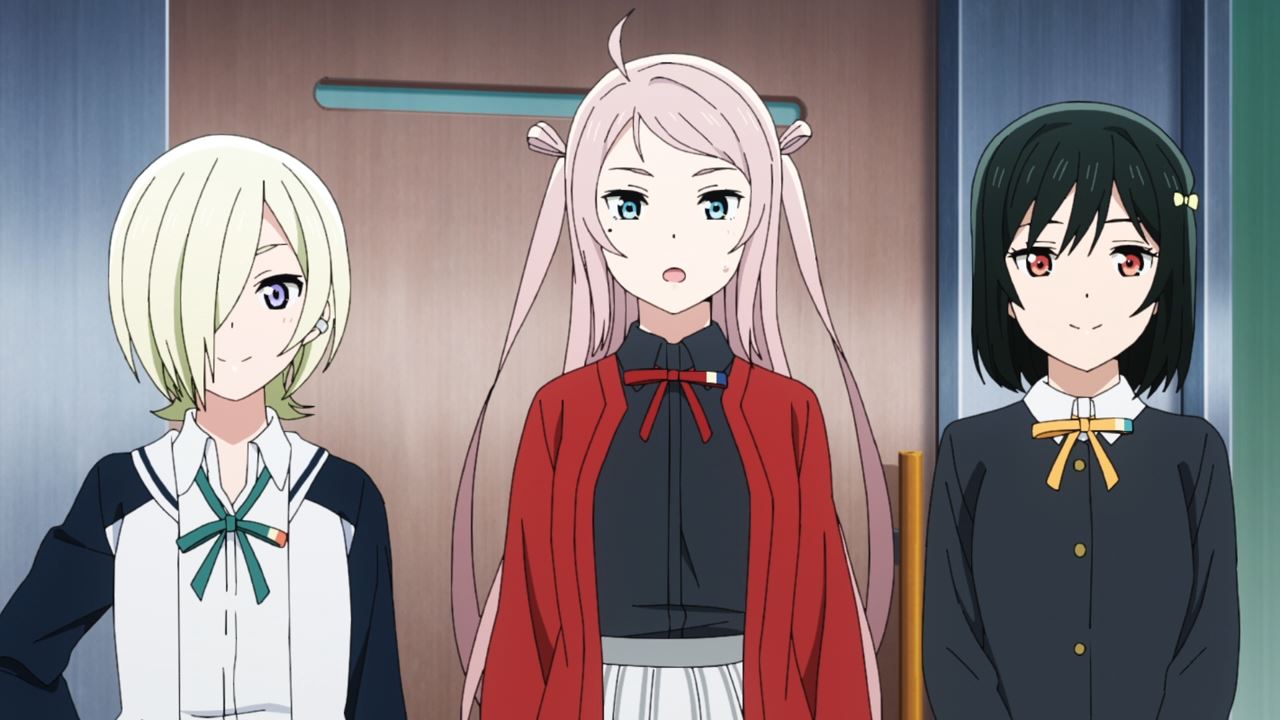 On this episode, the three new members have joined the school idol club as Mia Taylor, Lanzhu Zhong, and Shioriko Mifune will be under the club’s care. Come to think of it, I wonder who is the club president? 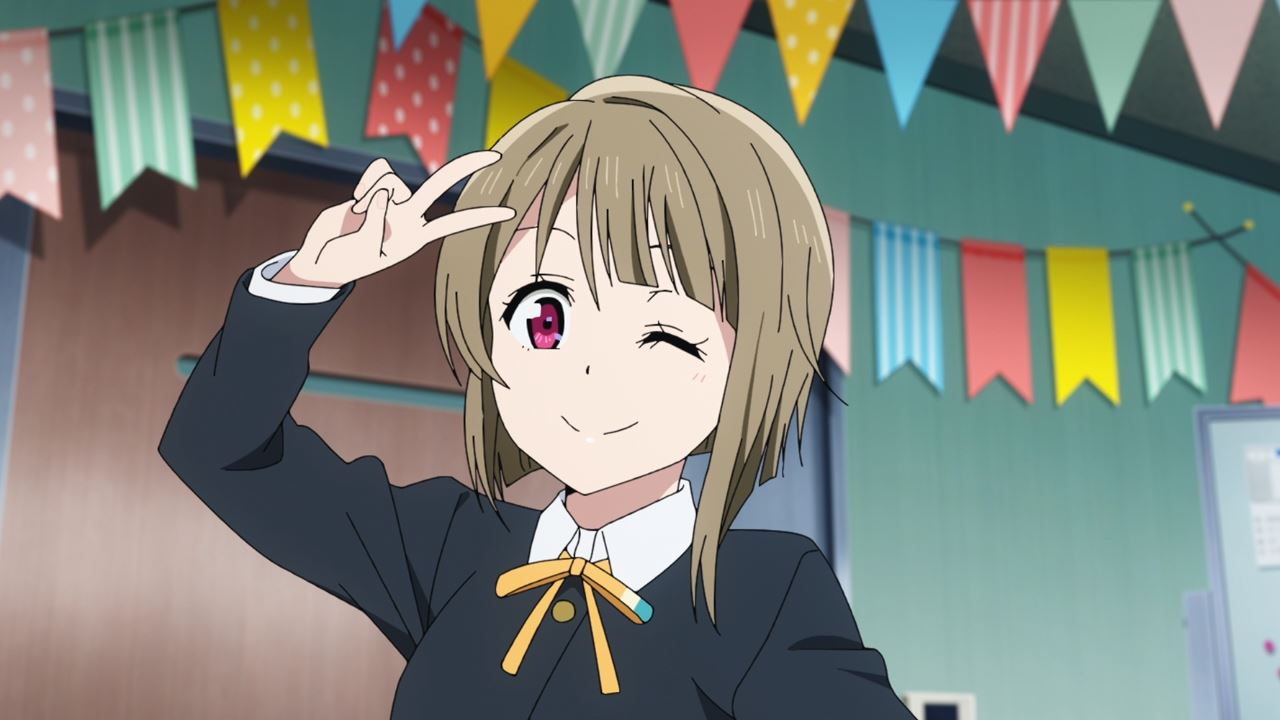 Anyways, let’s see if anyone will recognize Kasumin that she’s the real deal! 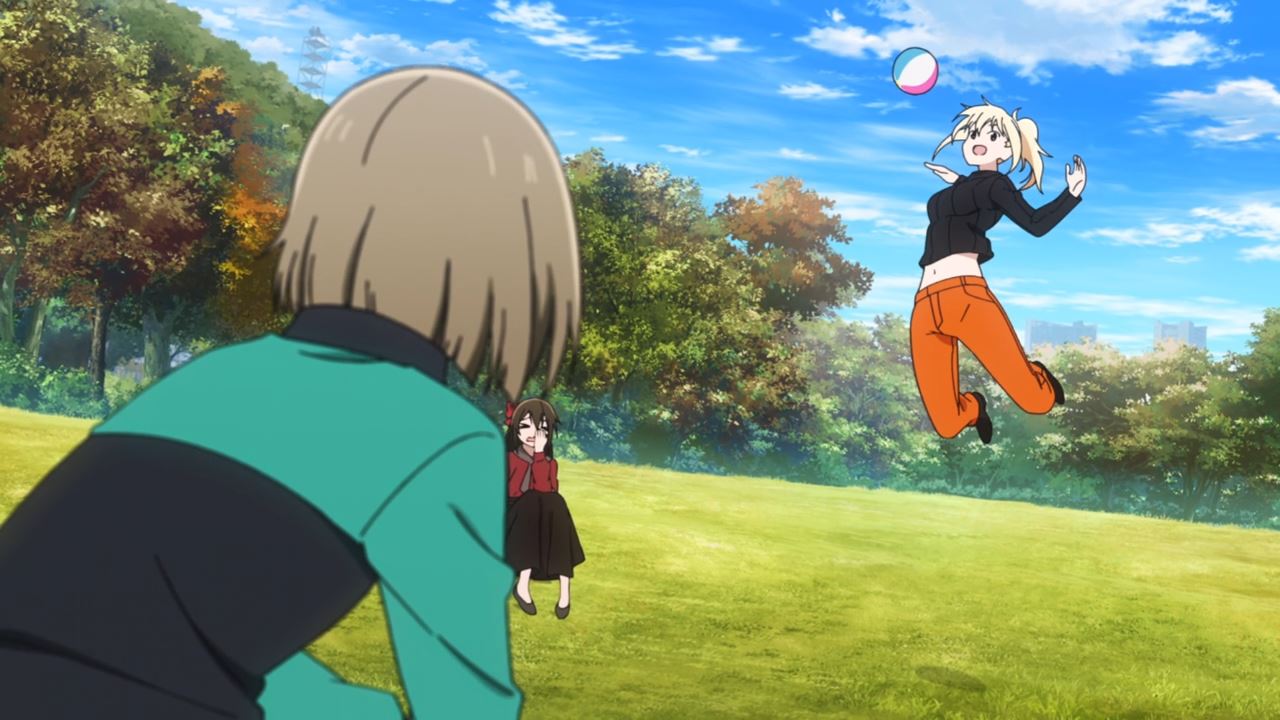 But let’s start with their club-building activities with a volleyball match. Let’s hope that Kasumi Nakasu will show that she’s the most reliable club president. 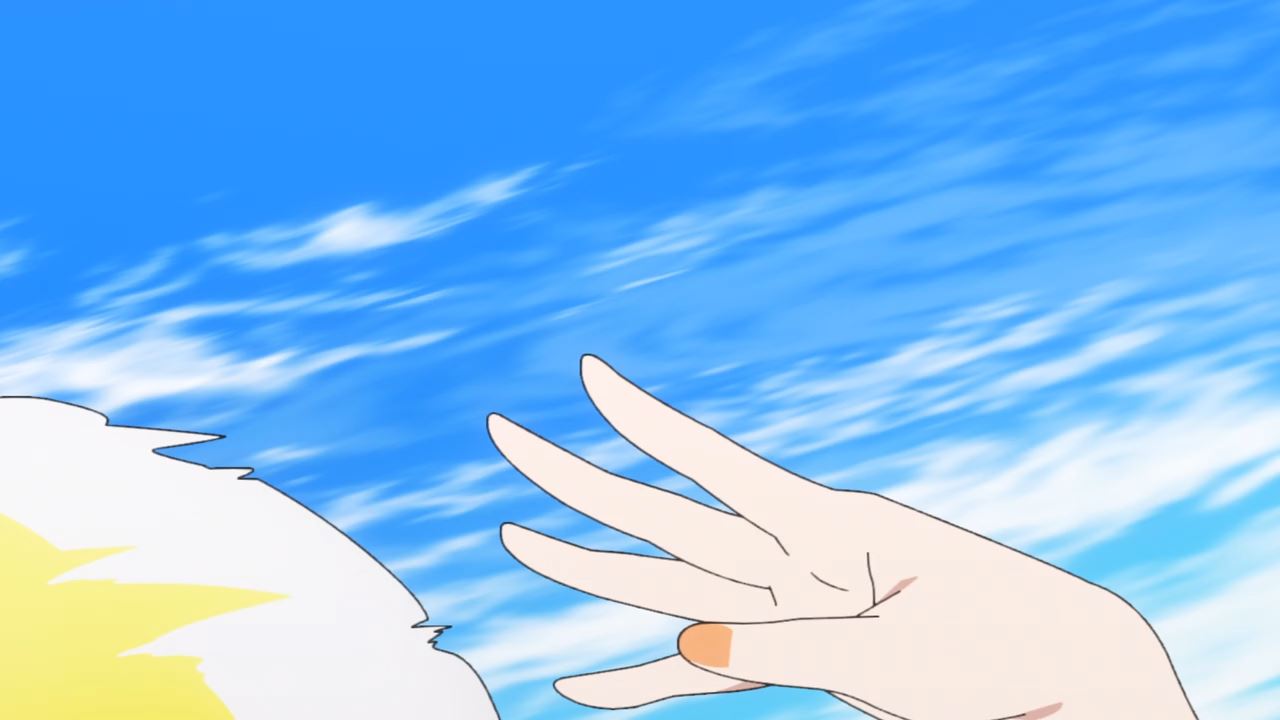 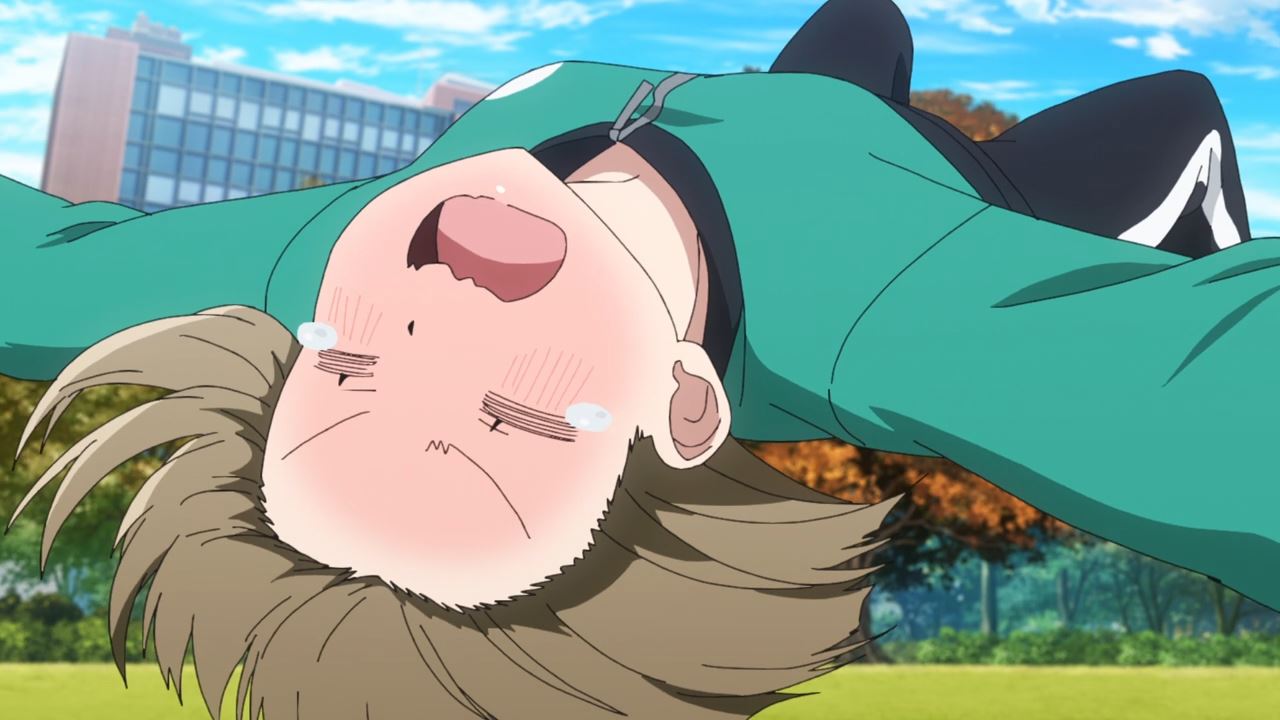 On second thought, she got hit by a volleyball straight to the face. Looks like Kasukasu isn’t the athletic type like Shizuku Osaka. 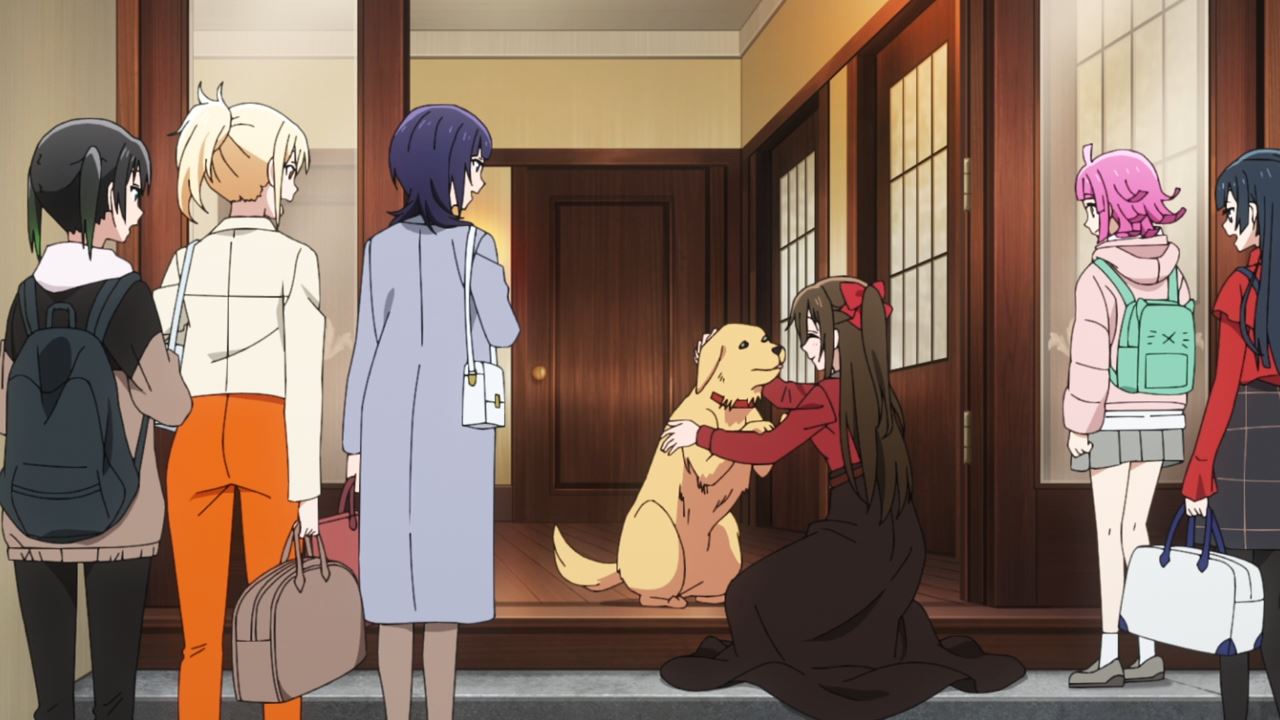 Speaking of Shizuku Osaka, she invites her clubmates to her mansion for a sleepover. Oh yeah, I forgot to mention that she has a dog name Ophelia where Shizuku is very fond of it. 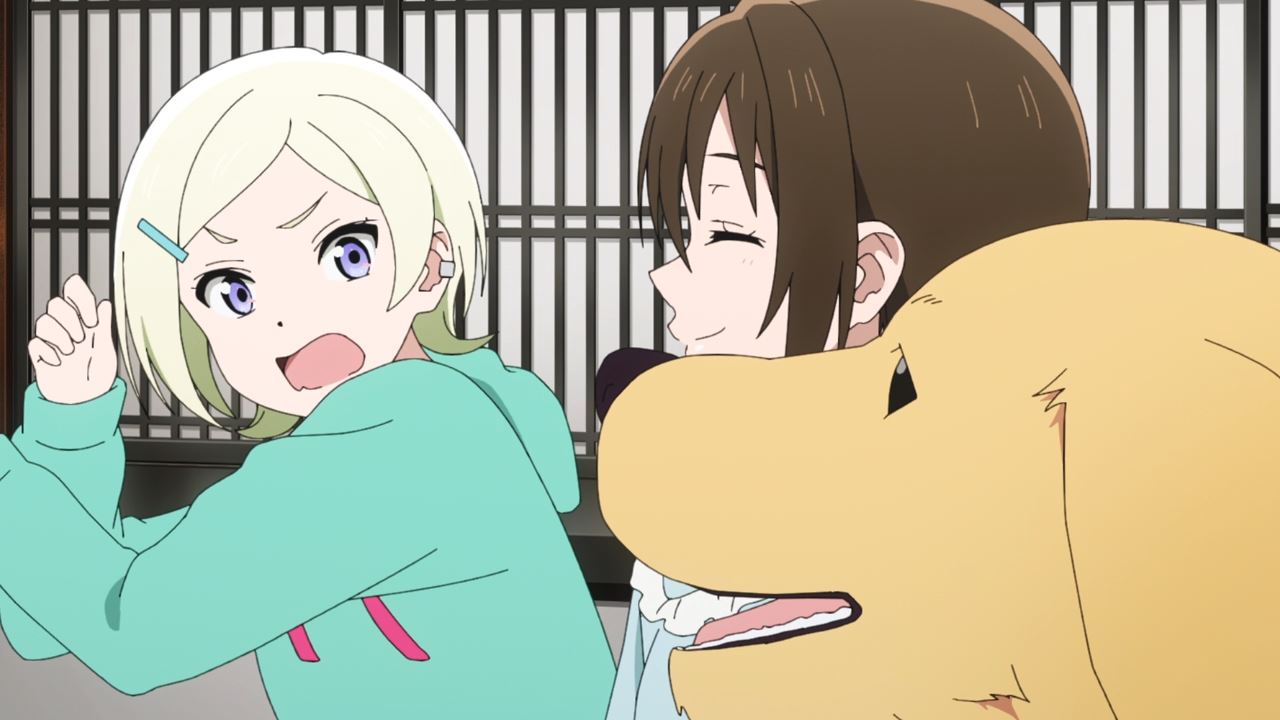 However, it appears that a certain Mia Taylor is scared of dogs. Oh Mia, you’ll get used to it much like Riko Sakurauchi. 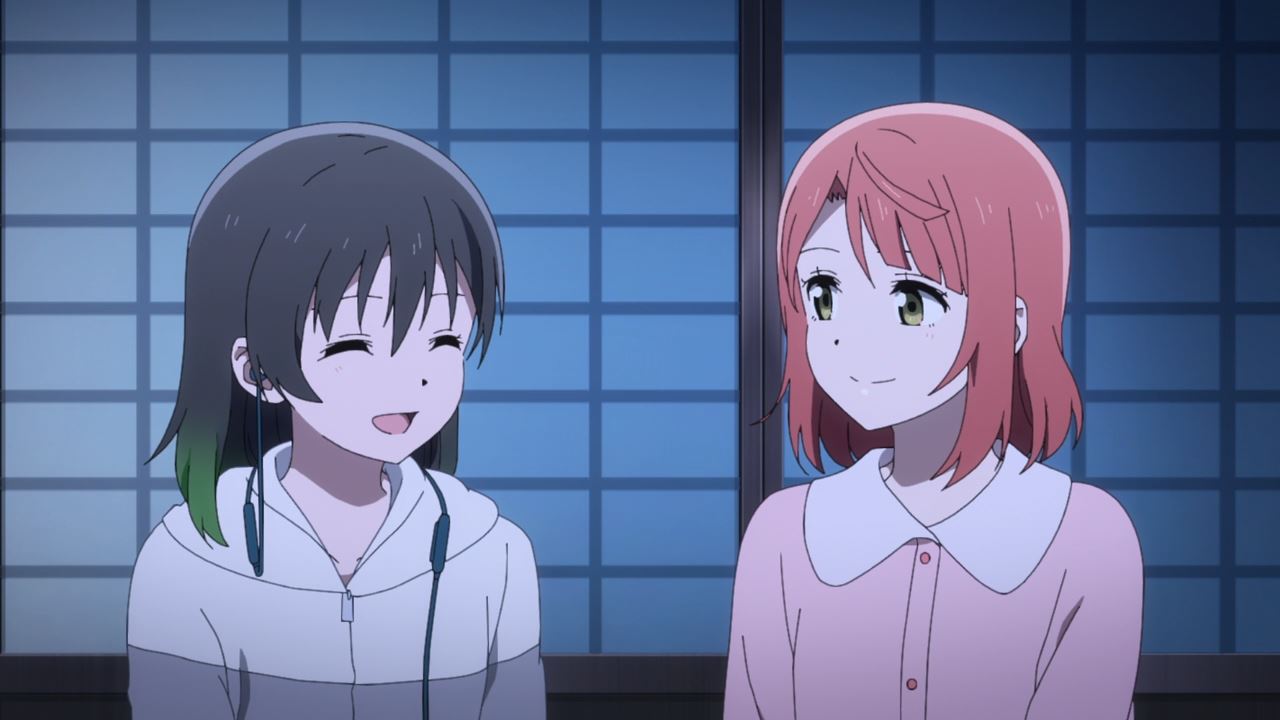 By the way, Yu Takasaki managed to finish the composition of the club’s new group song, but she need some lyrics to finish it.

But you know what, I think they’ll contribute in providing some lyrics to Yu’s song at the end of this episode. 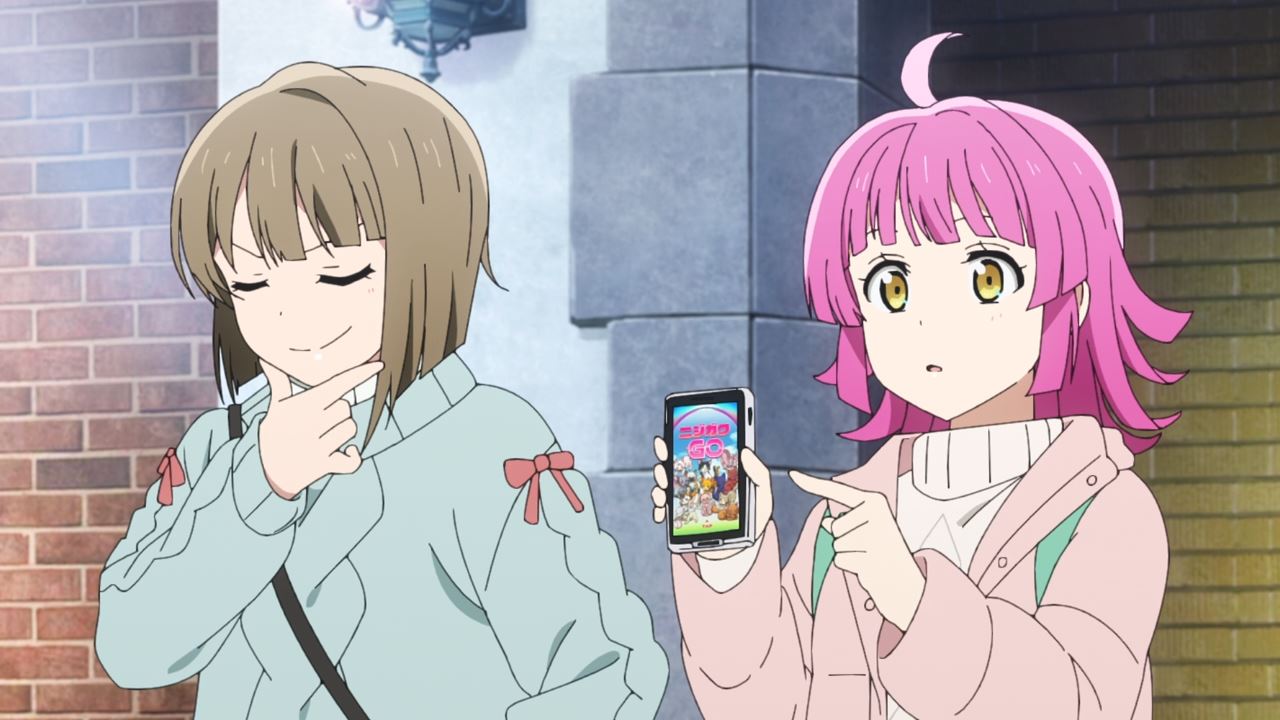 For now, let’s move onto another activity where Rina Tennouji created an app where they’ll find virtual cats across town. 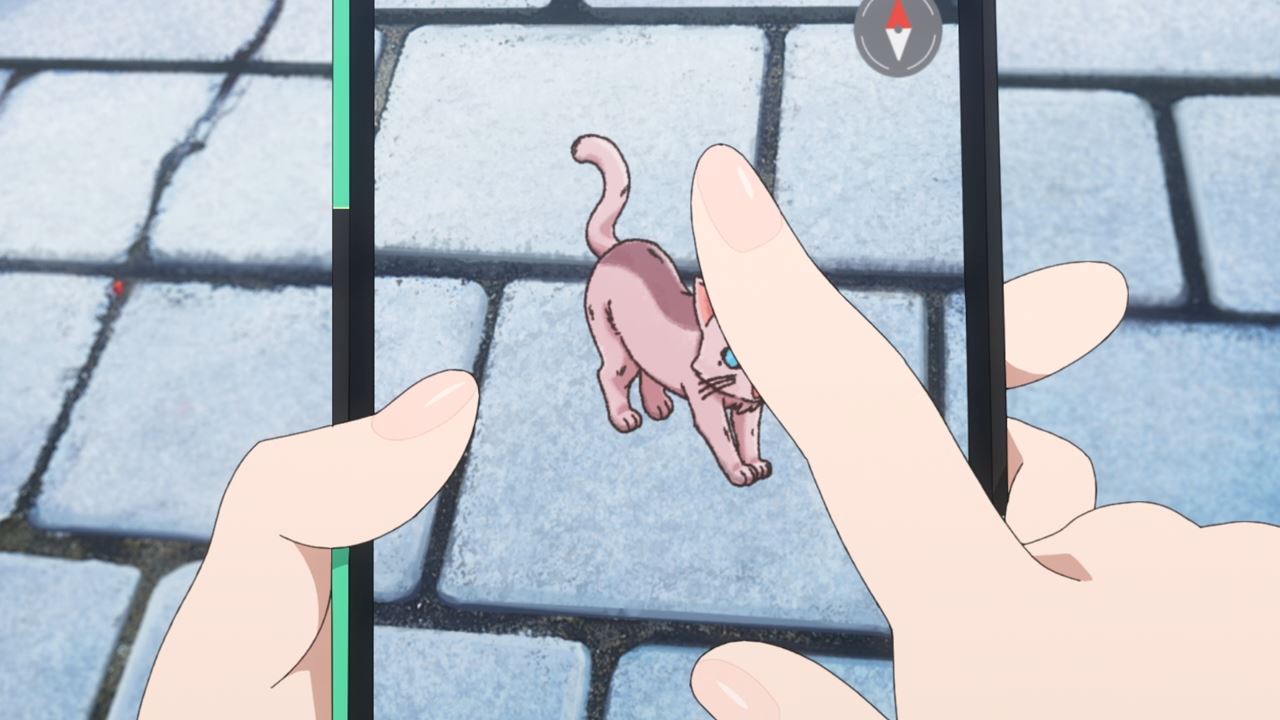 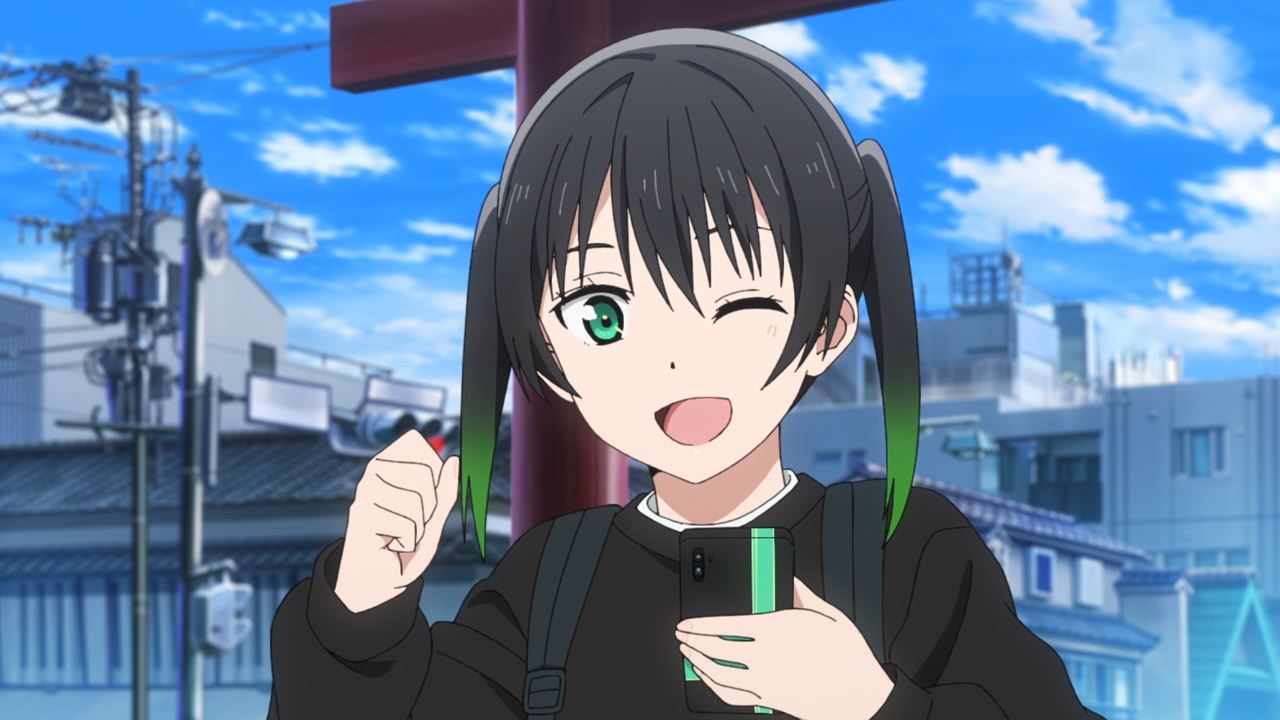 By the way, it appears that Yu Takasaki got a hang of this activity where she caught most of the cats. I bet that she’ll become the winner of this one! 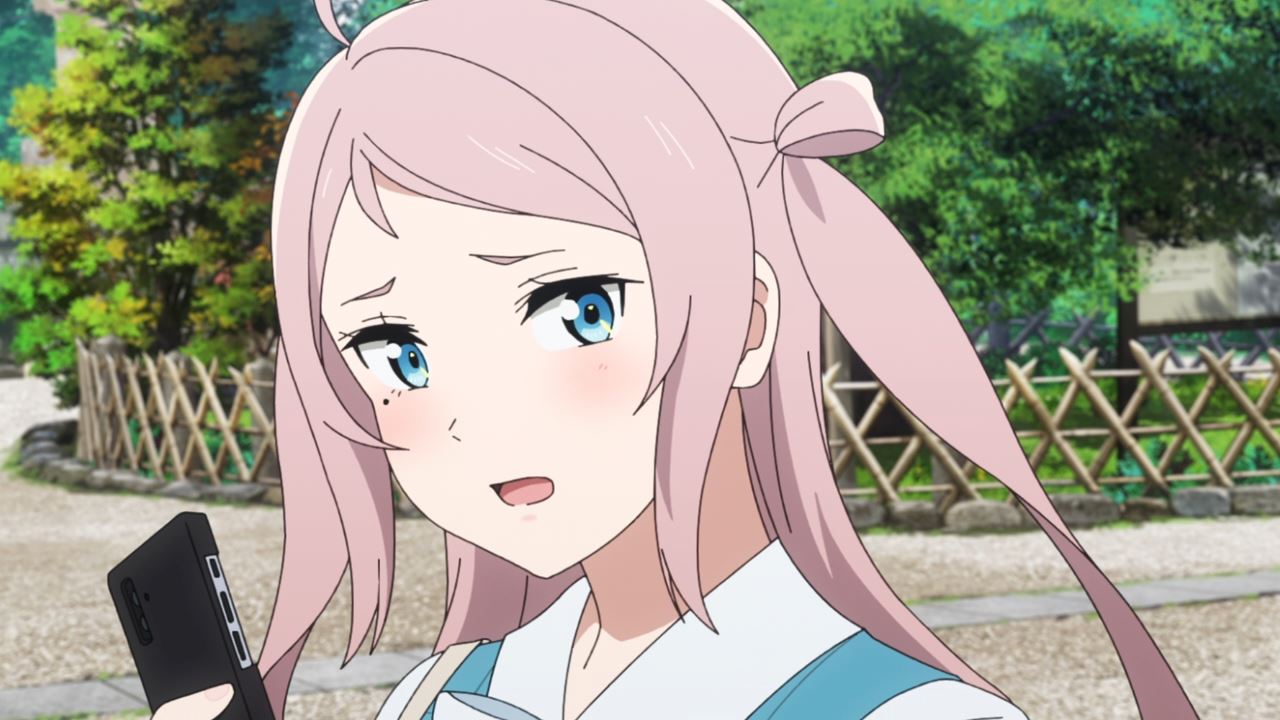 Meanwhile, here’s Lanzhu Zhong where she’s a bit down lately. Oh boy, is Lanzhu having problems fitting in with the club? 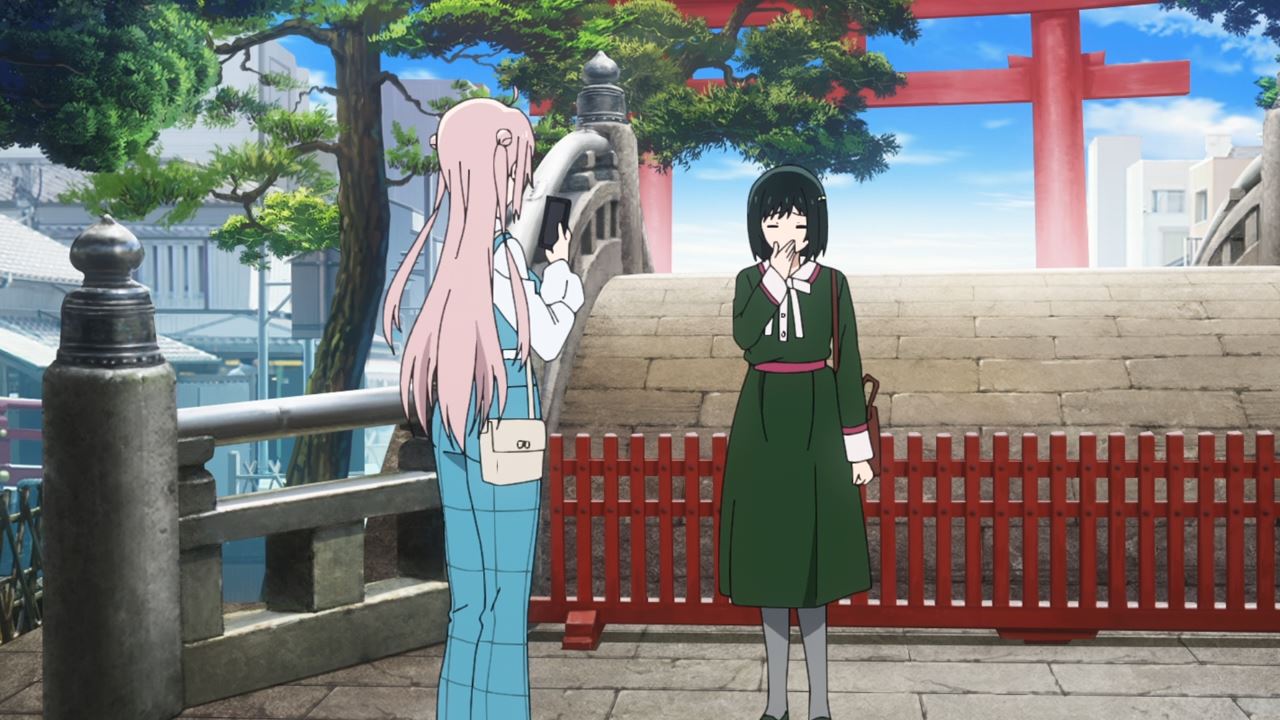 Oh yeah, and Shioriko found it amusing regarding Lanzhu’s request but you know what, I think they’ll fulfill her wish at a later time. 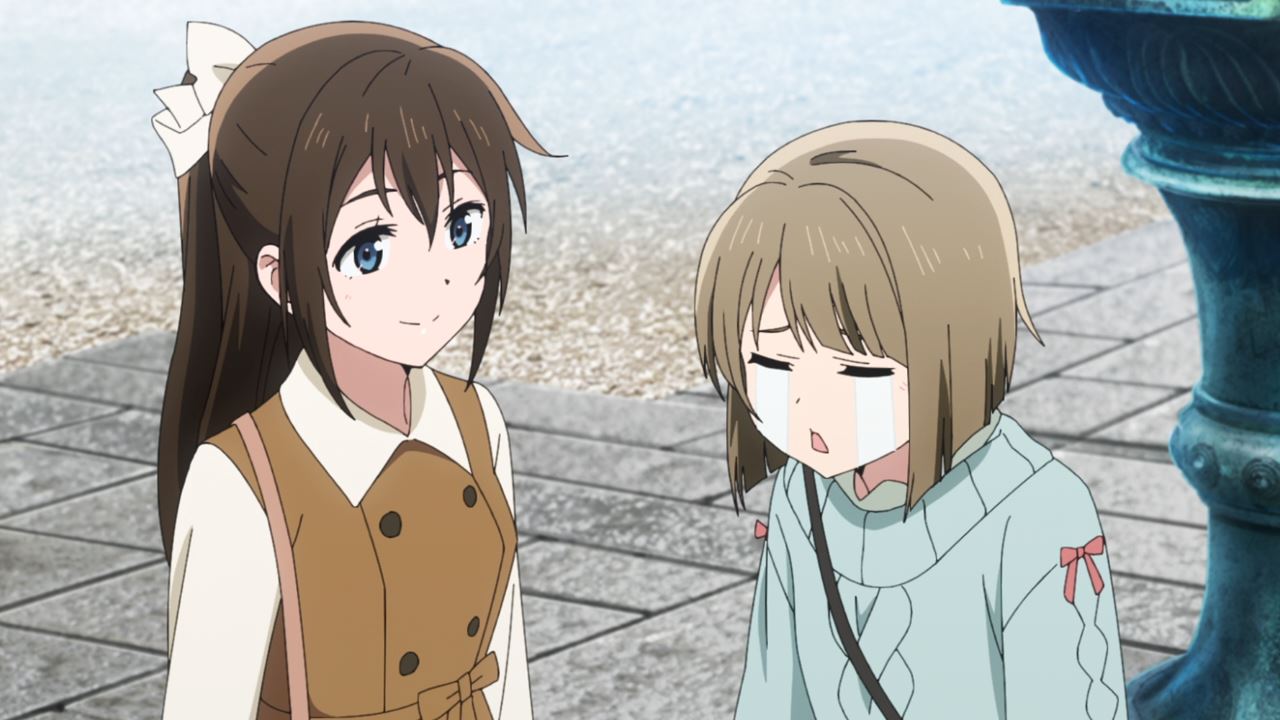 Anyways, the activity is over where Yu Takasaki managed to find most of the cats, while Kasumi Nakasu, Lanzhu Zhong, and Shioriko Mifune found just one.

For Kasumin, she’s frustrated that she wants to be respected as the club president, yet Nakasu couldn’t meet everyone’s expectations… aside from being cute. 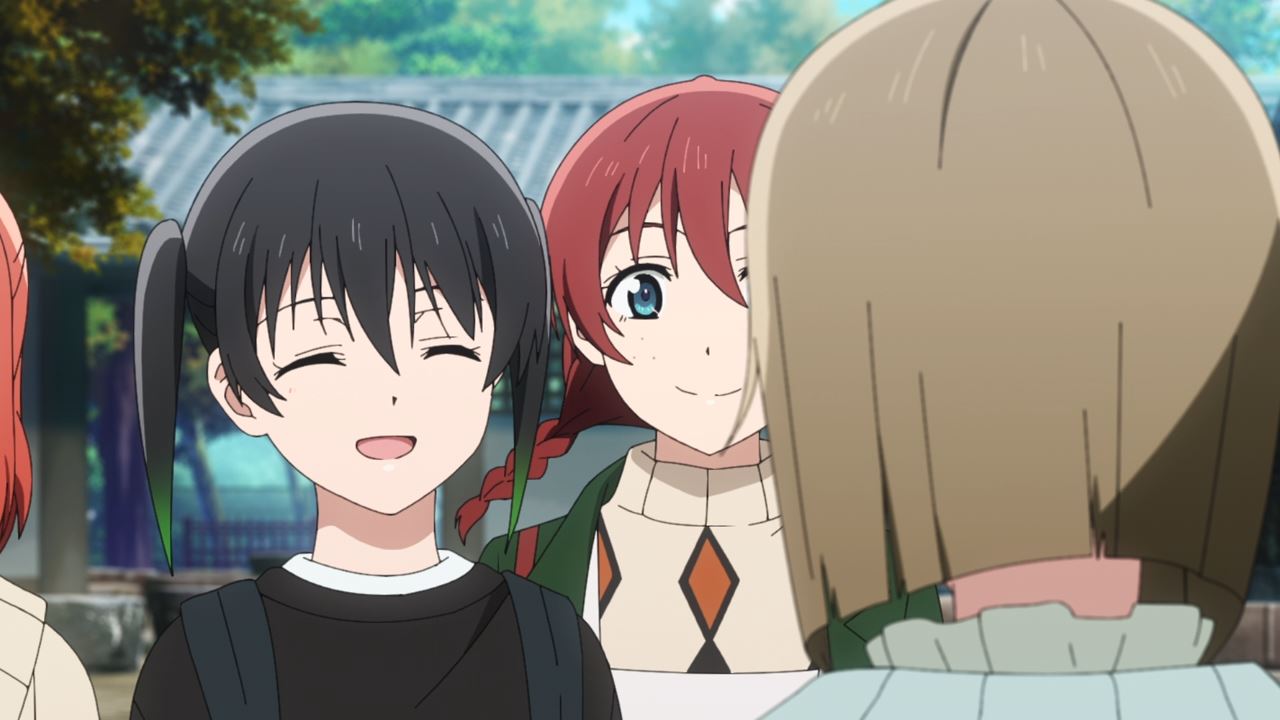 However, it looks like Yu-chan and the rest appreciated Kasumin’s contributions in hosting various club-building activities where they got closer than before. 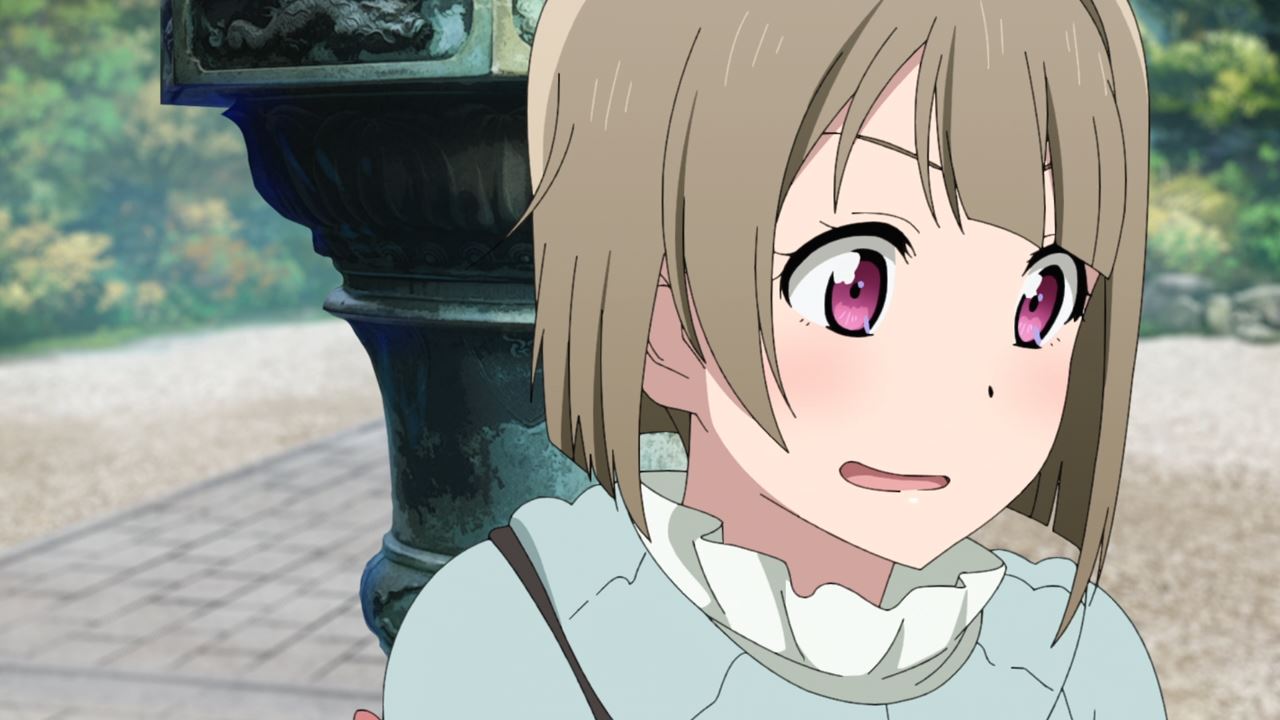 But speaking of Kasumi Nakasu, I guess she got flustered over Yu’s encouraging words. Let’s hope that she’ll become the best club president that everyone respects.

Oh by the way, they managed to finish adding the lyrics to Yu’s new song titled “Love U my friends”. While that song existed back in 2019, this version has all 12 school idols accompanied by a piano performance. Let’s hope that Hinaki Yano played the piano in the upcoming 5th live. 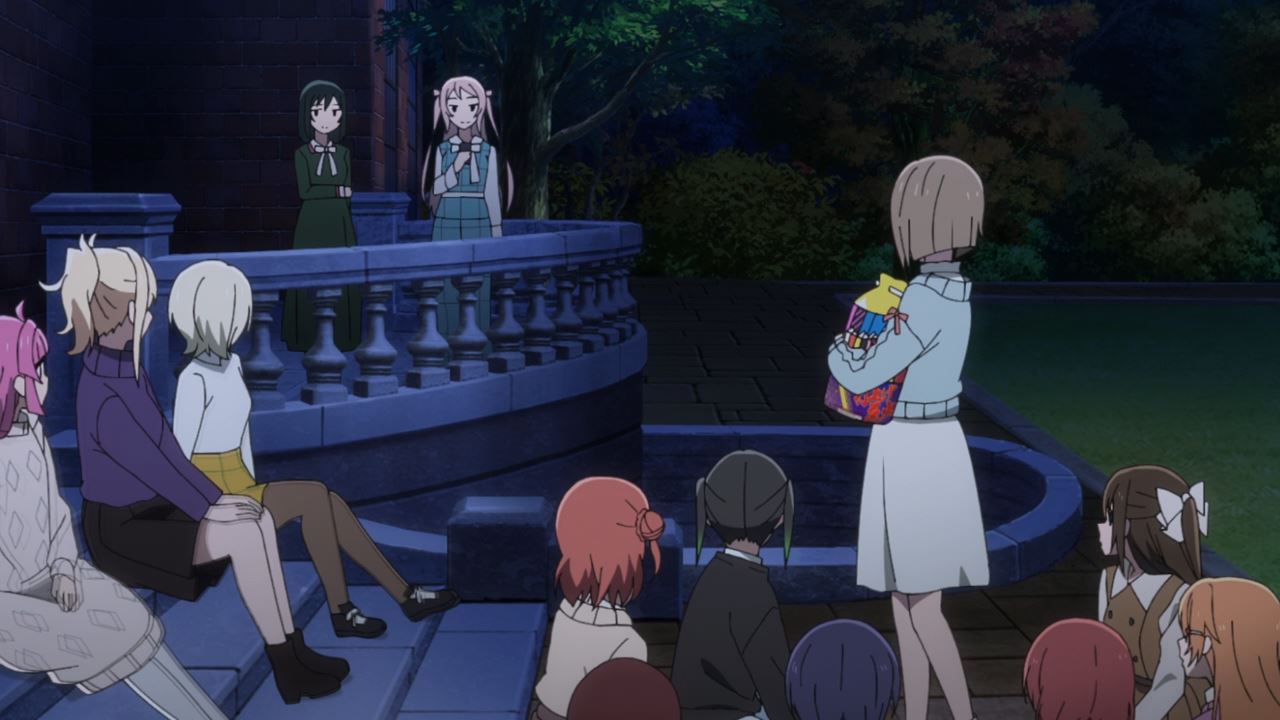 One last thing, it looks like Lanzhu Zhong asked everyone to take a group picture as a memento. C’mon, we’re not sure how long the school idol club will last so they need to make some memories together. 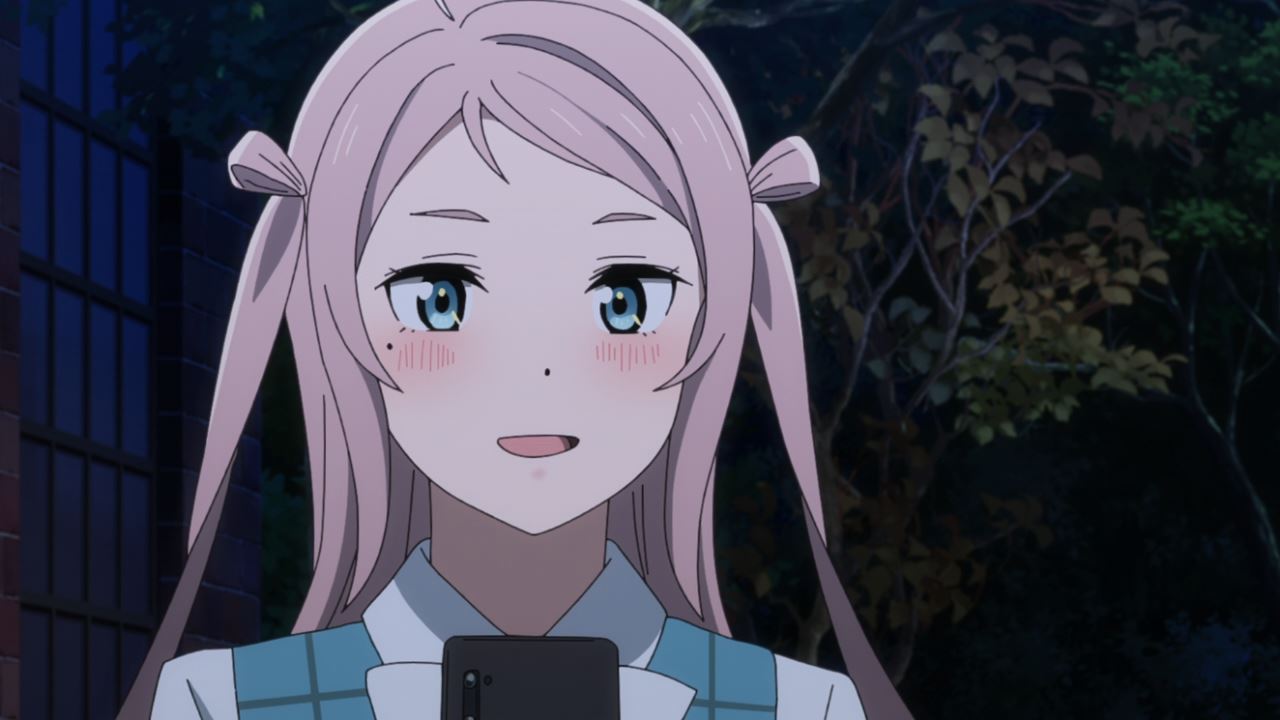 Speaking of Lanzhu, I’m glad that she’s starting to open up to her clubmates as she’s no longer lonely. Let’s hope that she’ll spend her remaining time in Nijigasaki High School! 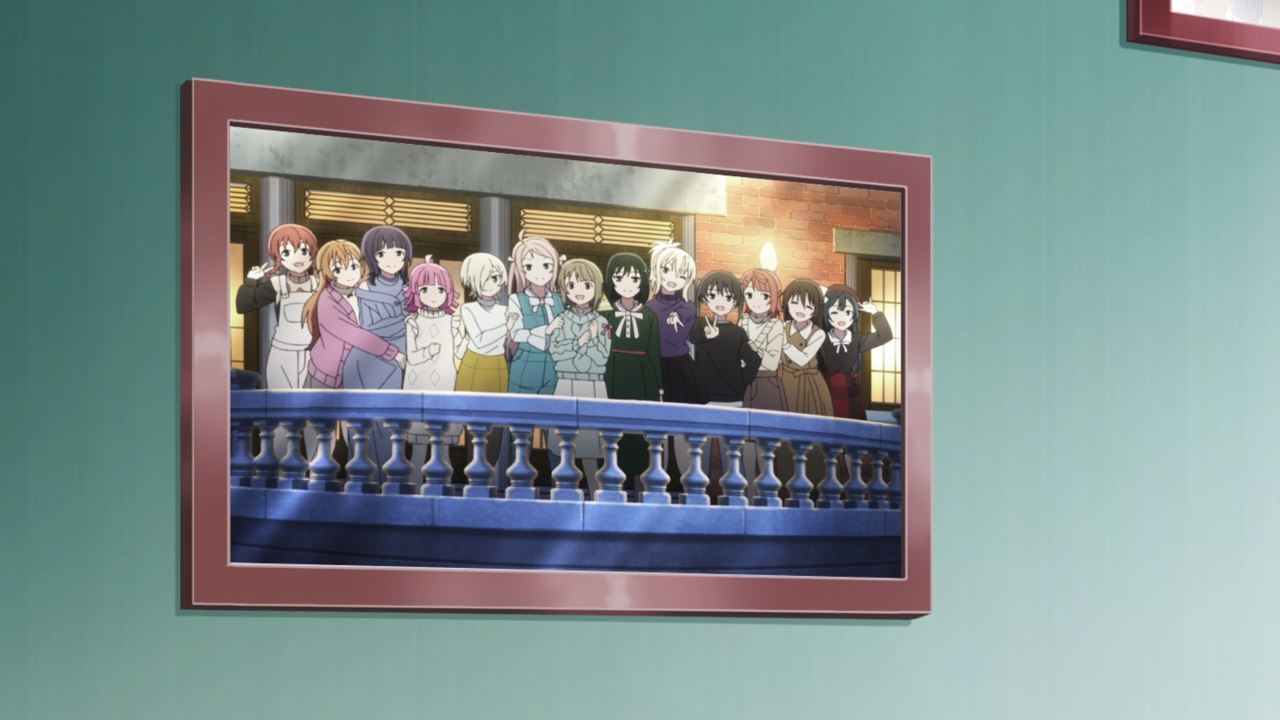 But let’s end this episode with a commemorative group picture of all the members of the school idol club. Tune in next time where something big is happening inside Nijigasaki High School.