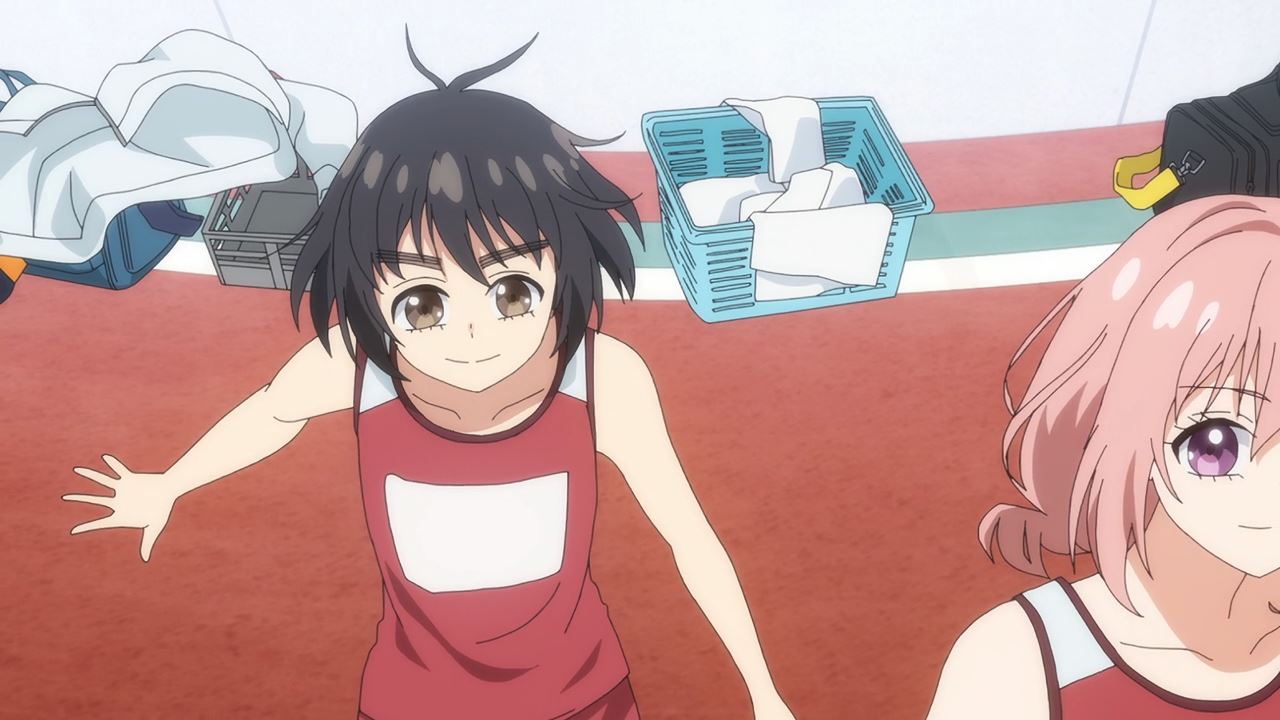 Let’s begin with Hiyori Suzumi where she returns to the track to compete in the 110m Hurdles event final. Unlike before where she got a foot injury, Hiyori managed to place herself in 3rd place which is her personal best.

Honestly, that was a good result for Hiyoko where she’s starting to reach her dreams of becoming a national-level athlete. 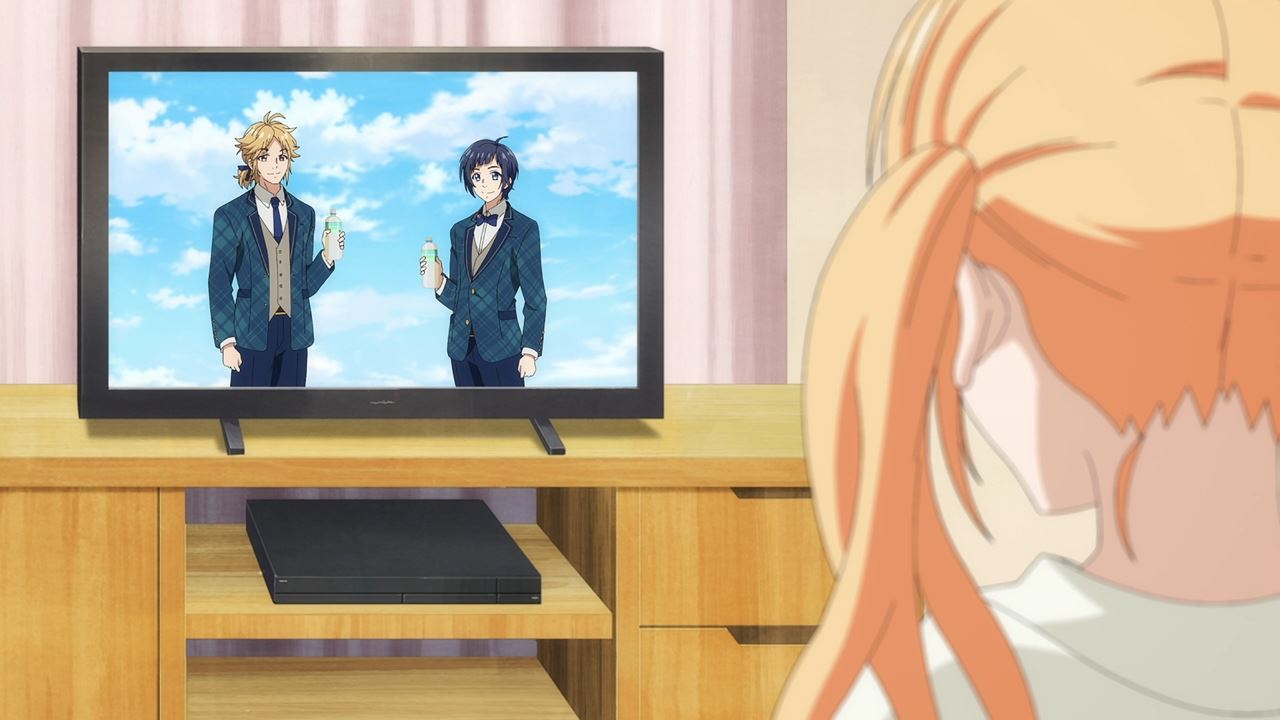 Meanwhile, LIP x LIP is gaining more popularity where the duo are being featured in commercials across Japan. 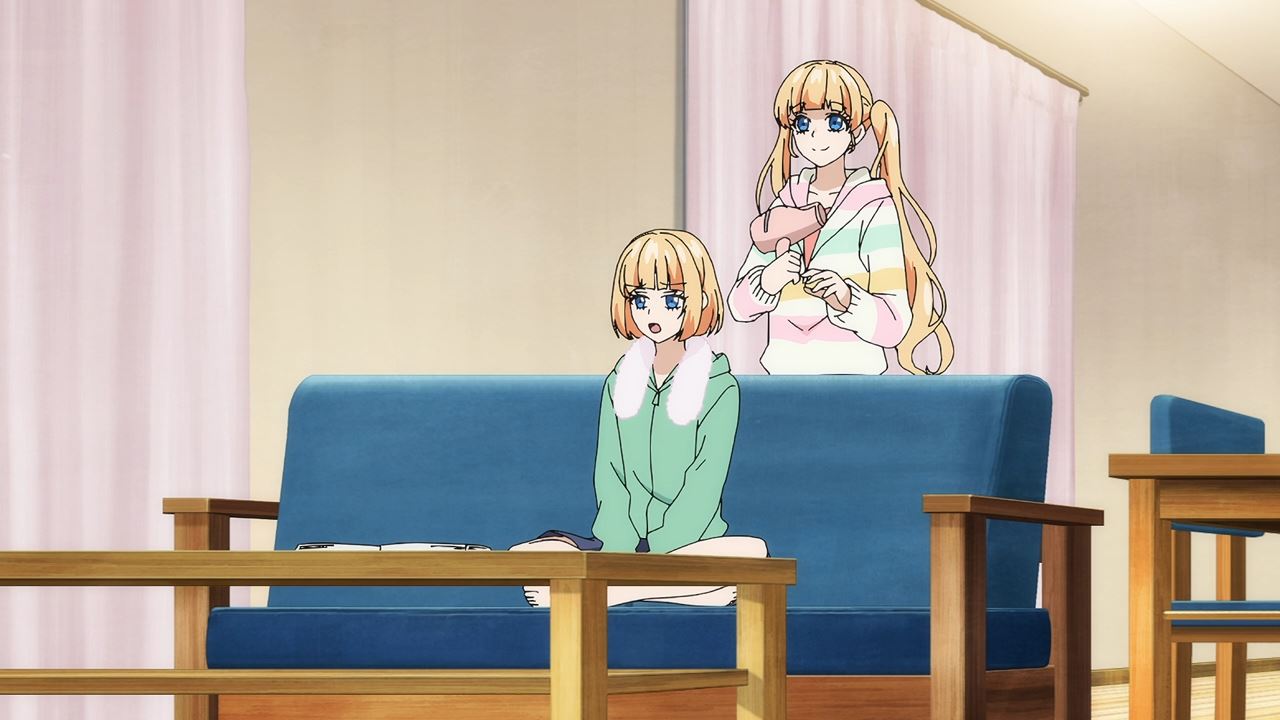 Oh yeah, here’s the Narumi sisters where they watched LIP x LIP’s latest commercial. While Sena is delighted to see those two boys grow, Mona sees both Yujiro Someya and Aizo Shibasaki as her sworn rivals.

You know something, I wonder when will Mona Narumi bump into LIP x LIP? That would be interesting to see them having a banter towards each other. 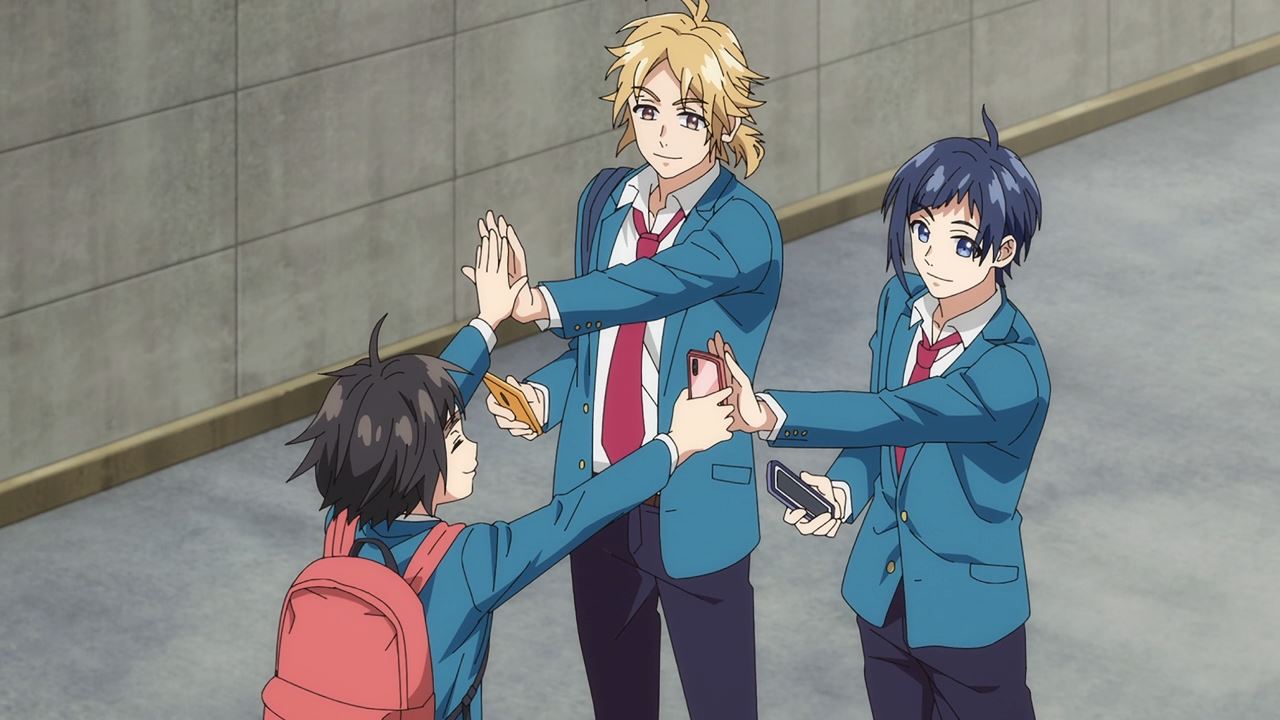 Speaking of LIP x LIP, looks like the boys are invited to perform at the Countdown Live as Hiyori Suzumi is really happy to see them getting the invitation. By the way, I’m hoping that no one will see this- 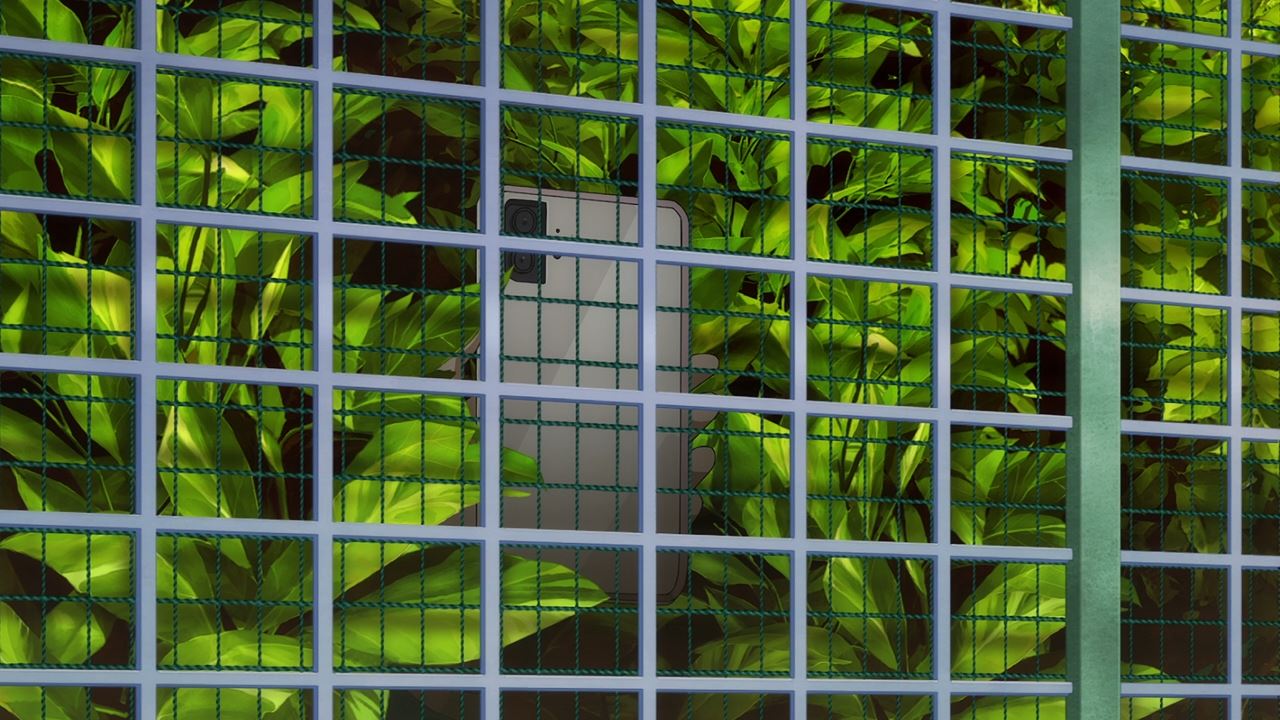 Oh wait, someone wants to become a paparazzi in this moment. Whoever took these photos and post them across the school campus would be detrimental for Hiyori and LIP x LIP. 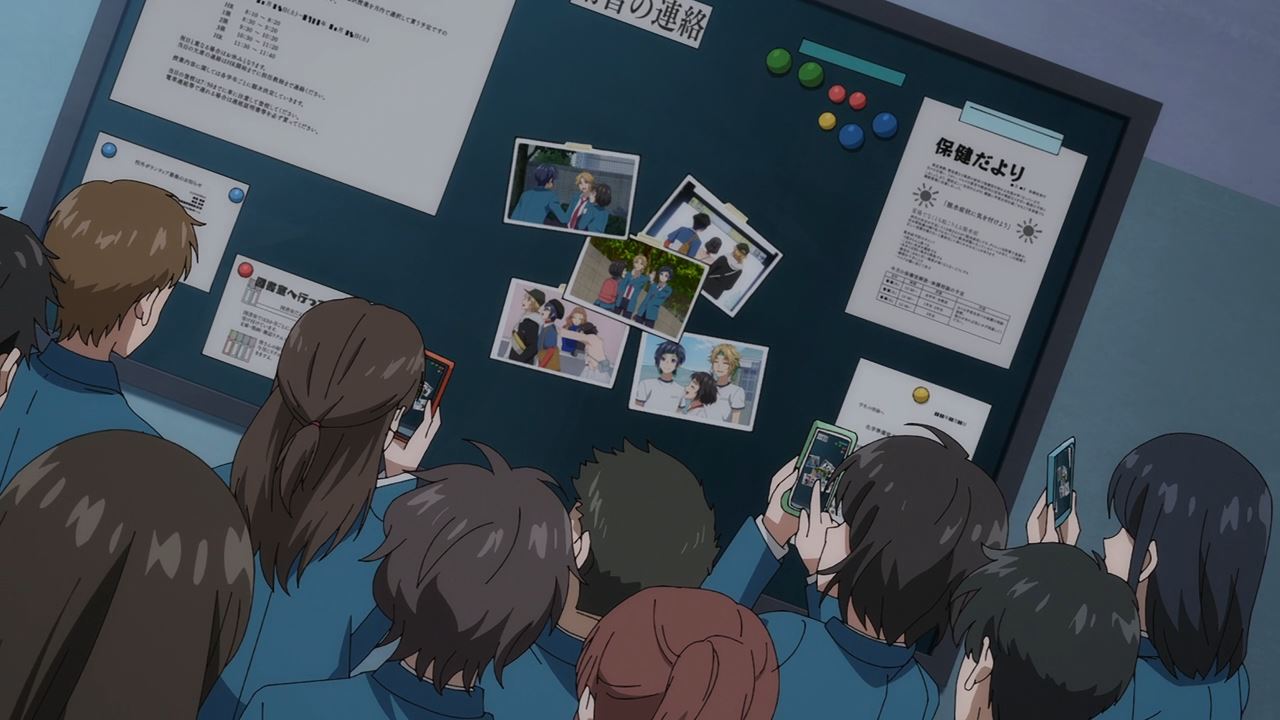 The next day, the inevitable happens where the Sakuragaoka High School bulletin board is littered with compromising pictures of Hiyori Suzumi hanging out with both Yujiro Someya and Aizo Shibasaki.

And speaking of Hiyori, she’s getting those mean eyes from various students where she’s gonna get bullied soon. 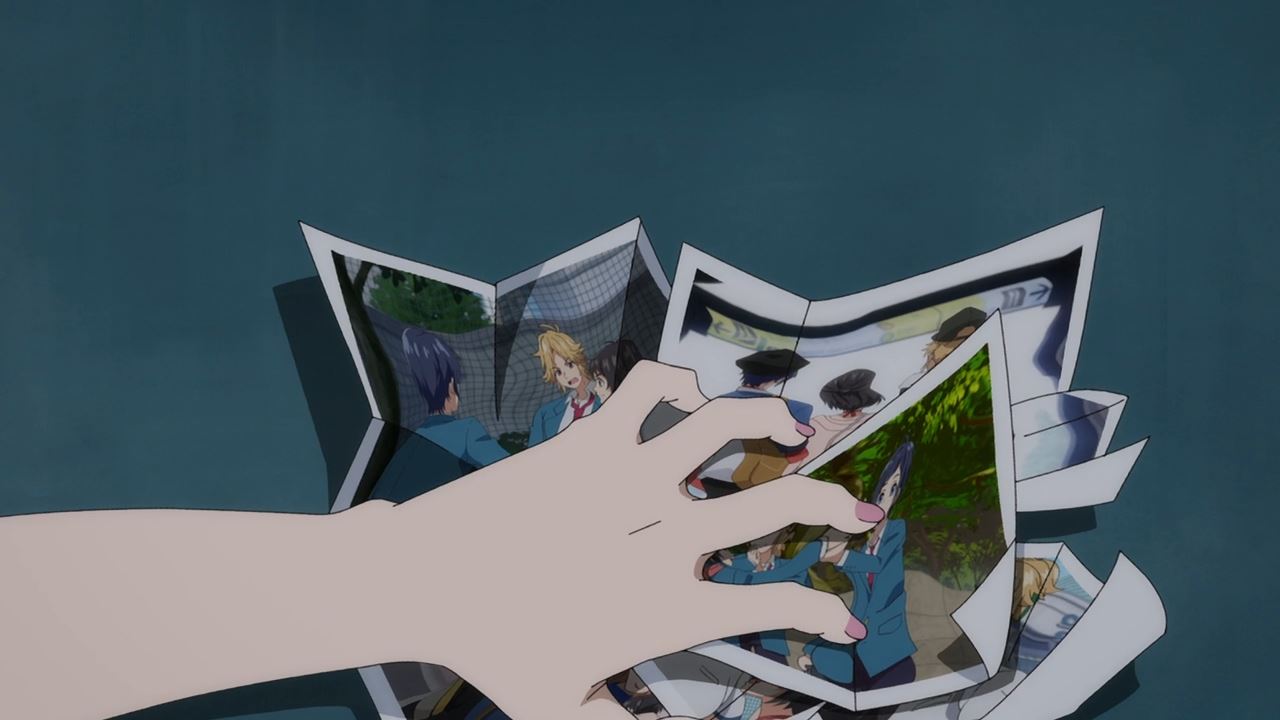 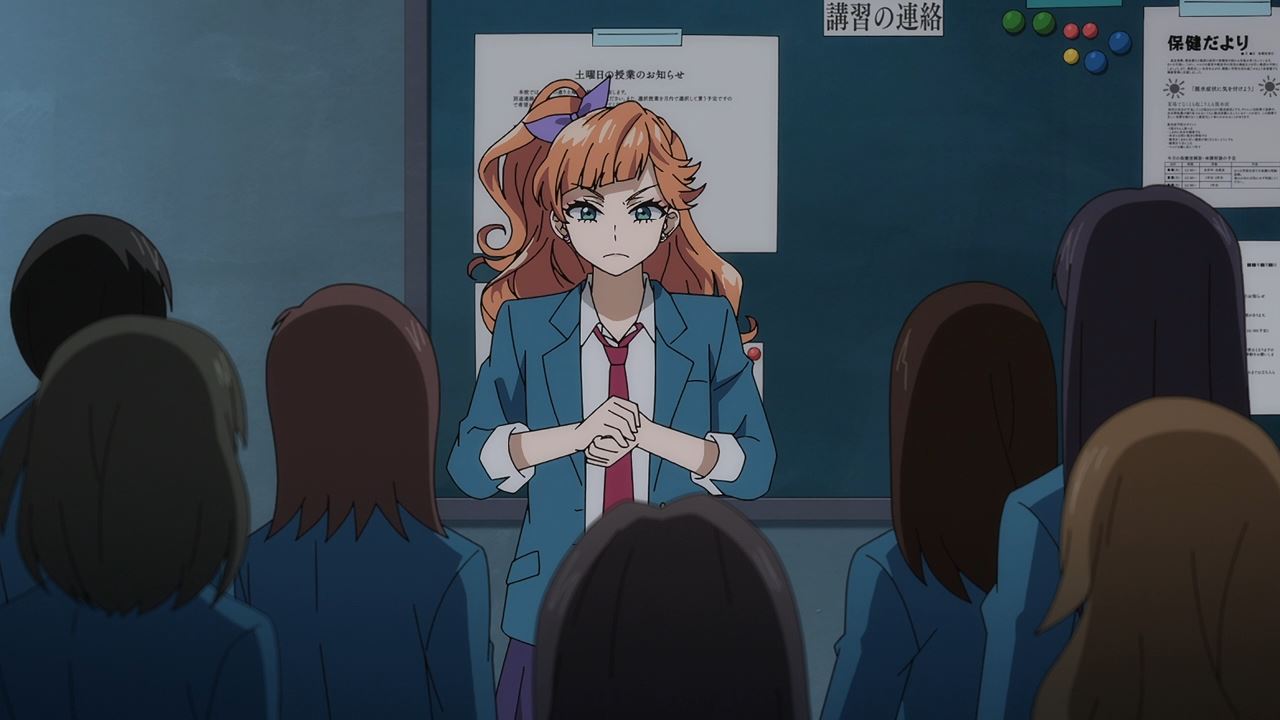 Fortunately, the likes of Juri Hattori and Hina Setoguchi are here to help Hiyori out ’cause she didn’t do anything wrong. Heck, Juri took those photos out of the bulletin board and crumple them. 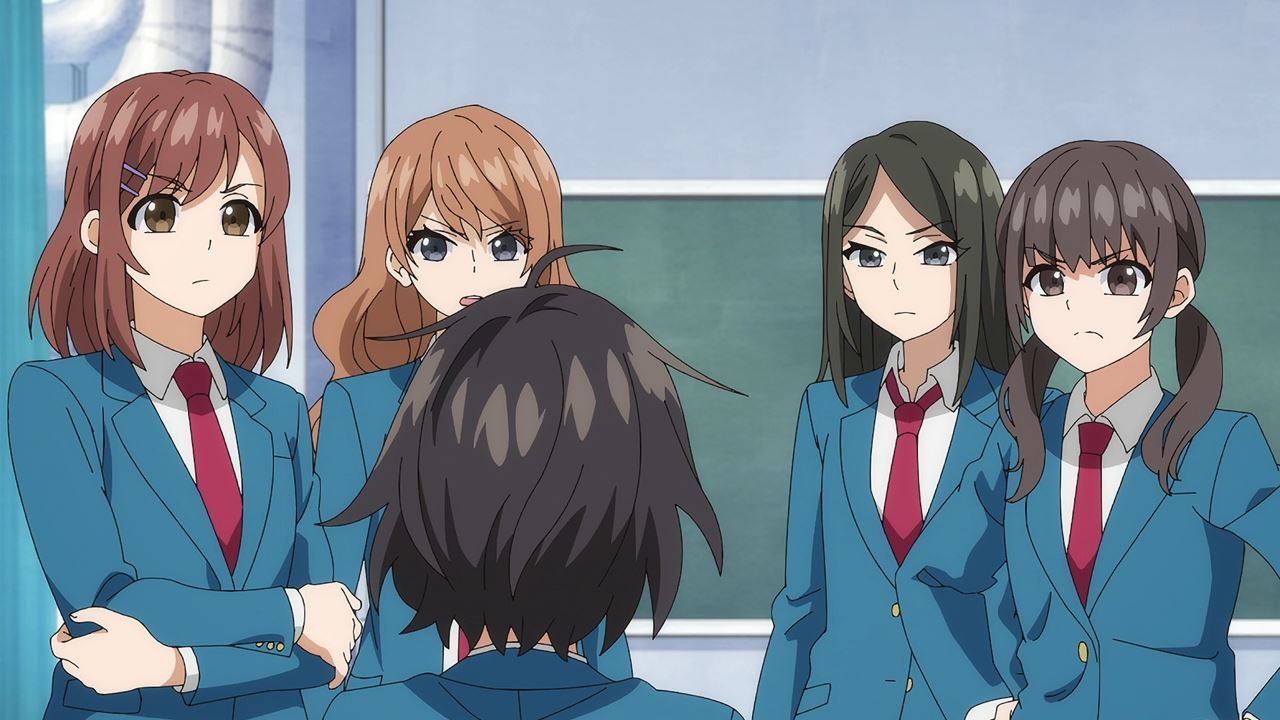 But it gets worse as various girls are questioning Hiyori Suzumi on why she’s being close to both Yujiro Someya and Aizo Shibasaki, something that Hiyori couldn’t answer ’cause her job as a manager-in-training will be in jeopardy.

Okay, I’m really curious on who publish those photos just to rile up the fans and gang up on Hiyoko? 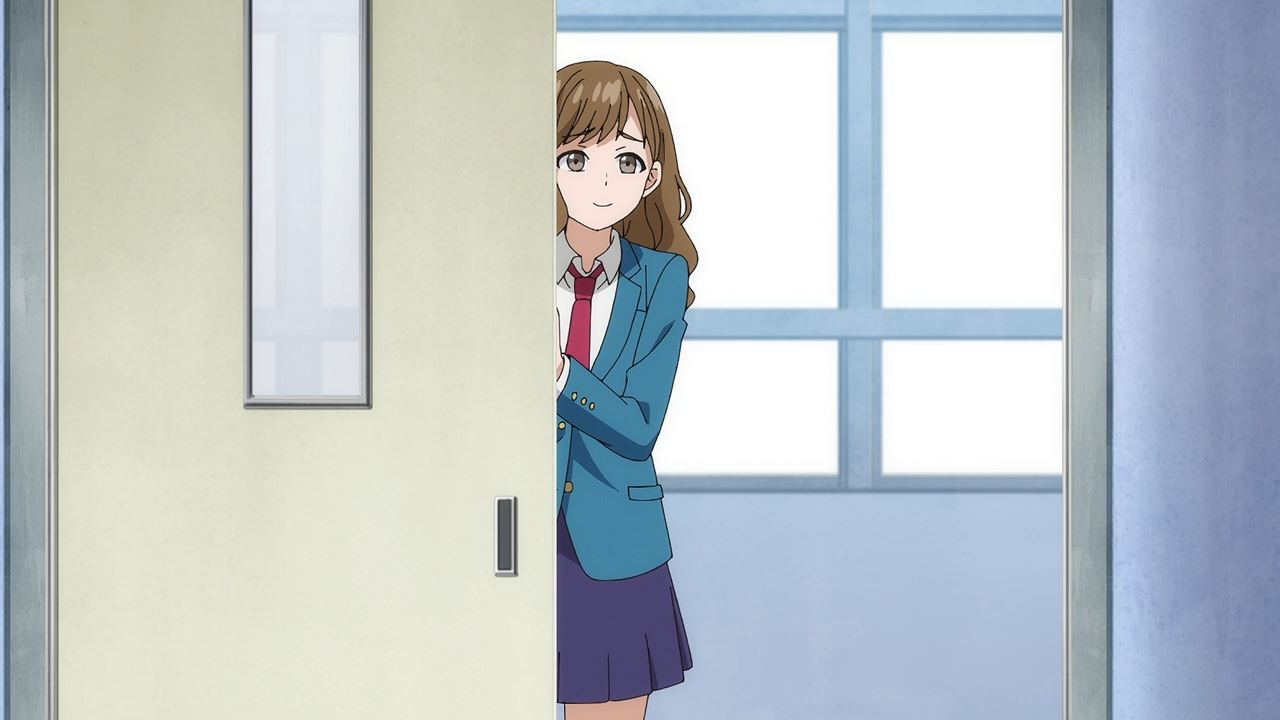 On second thought, I have a gut feeling that this girl took those pictures and post them at the bulletin board. I mean, she’s smiling that Hiyori is being bullied by girls. 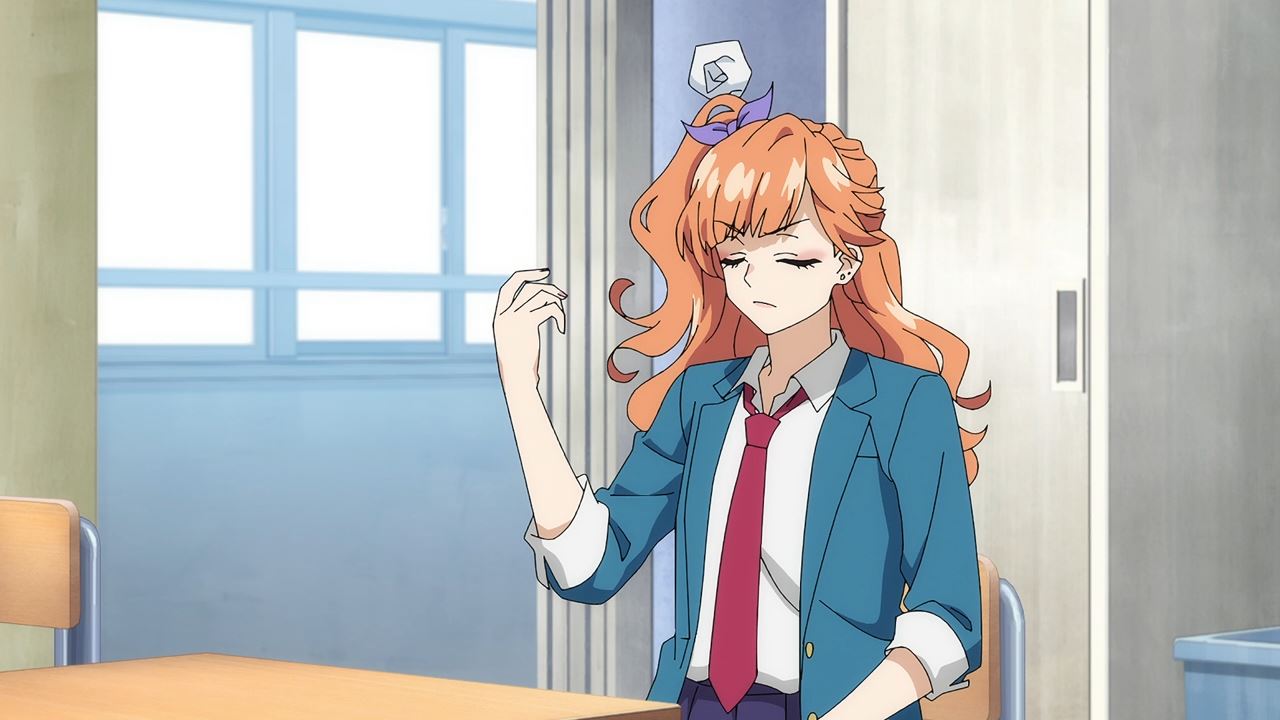 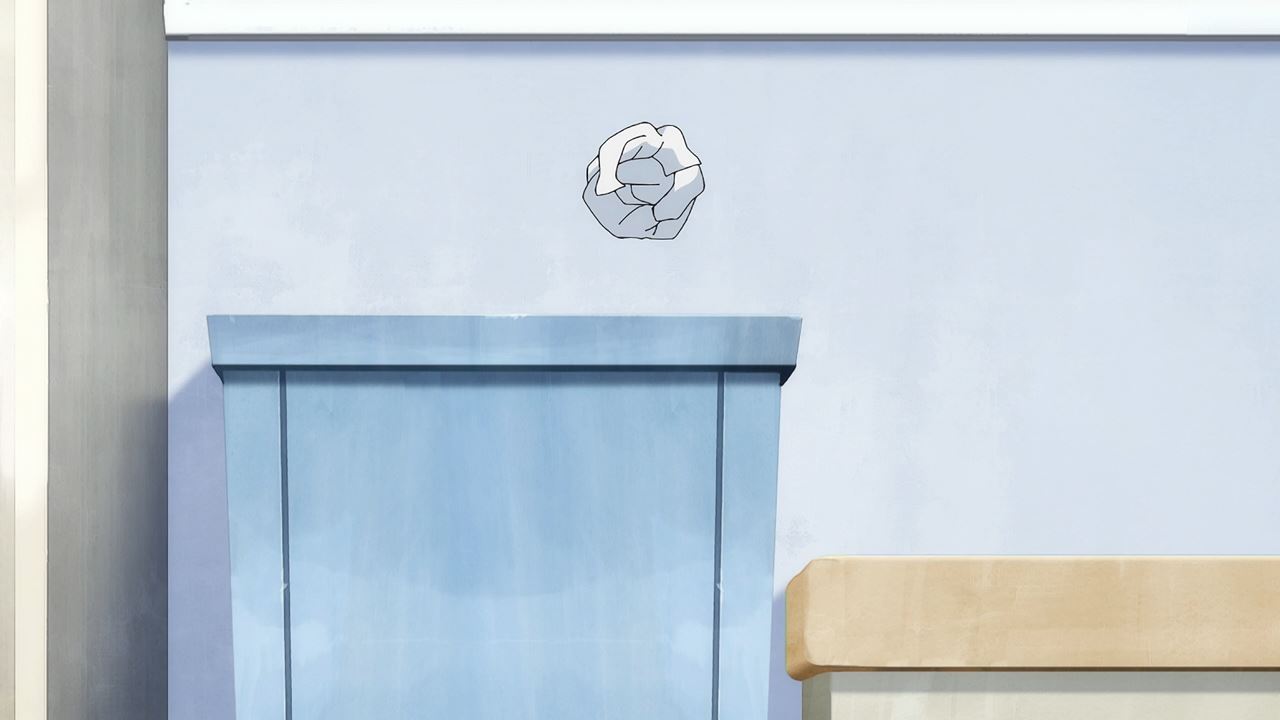 As for those pictures, Juri Hattori throws them to the trash can but that won’t solve everything ’cause the perpetrator has the digital copy where he/she might print them again. 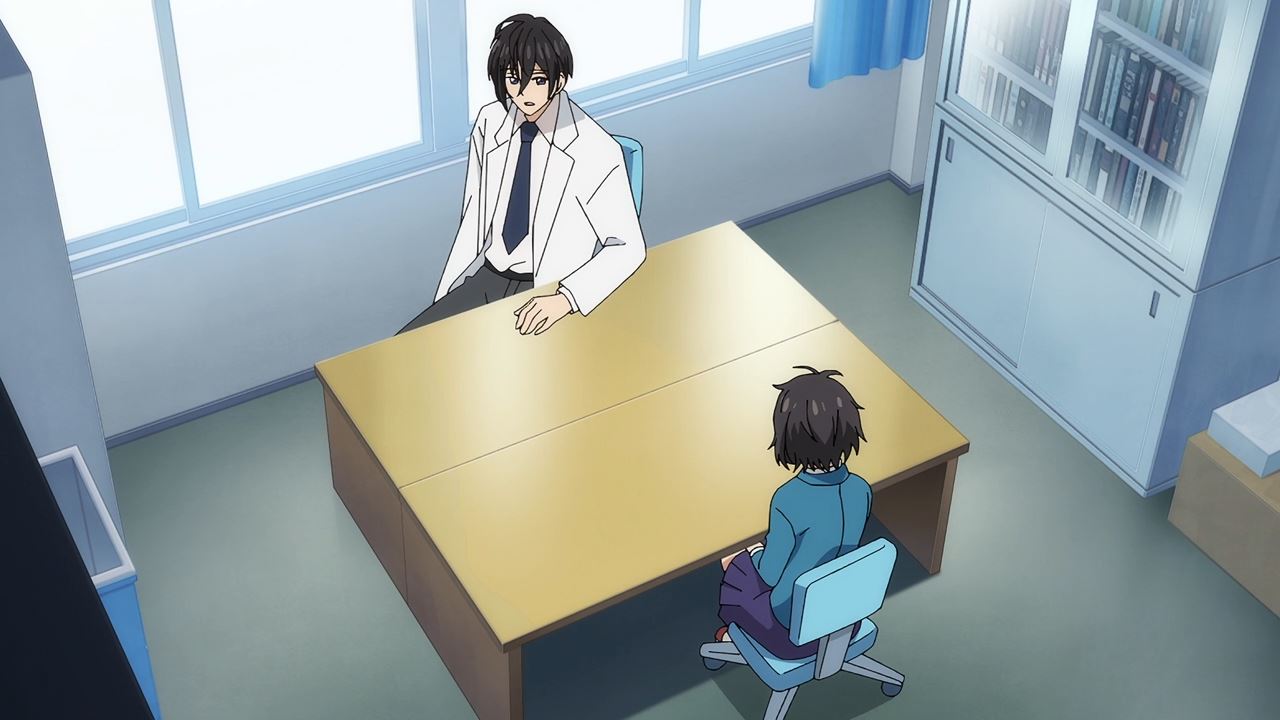 Let’s move onto Saku Akechi where he’ll do anything to save his student, as he believes that Hiyori Suzumi did nothing wrong.

While Akechi-sensei will cooperate with Mebius Productions regarding the potential circulation of those pictures, he’ll have his own investigation regarding those scandalous photos. 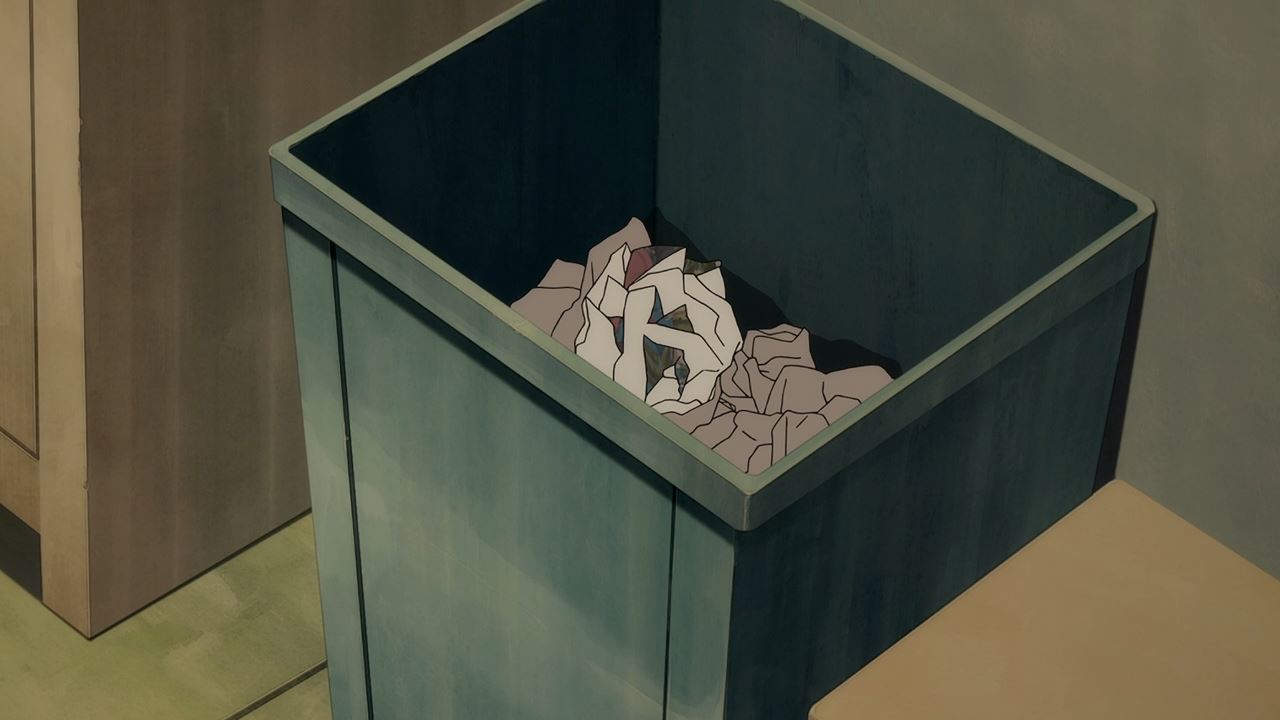 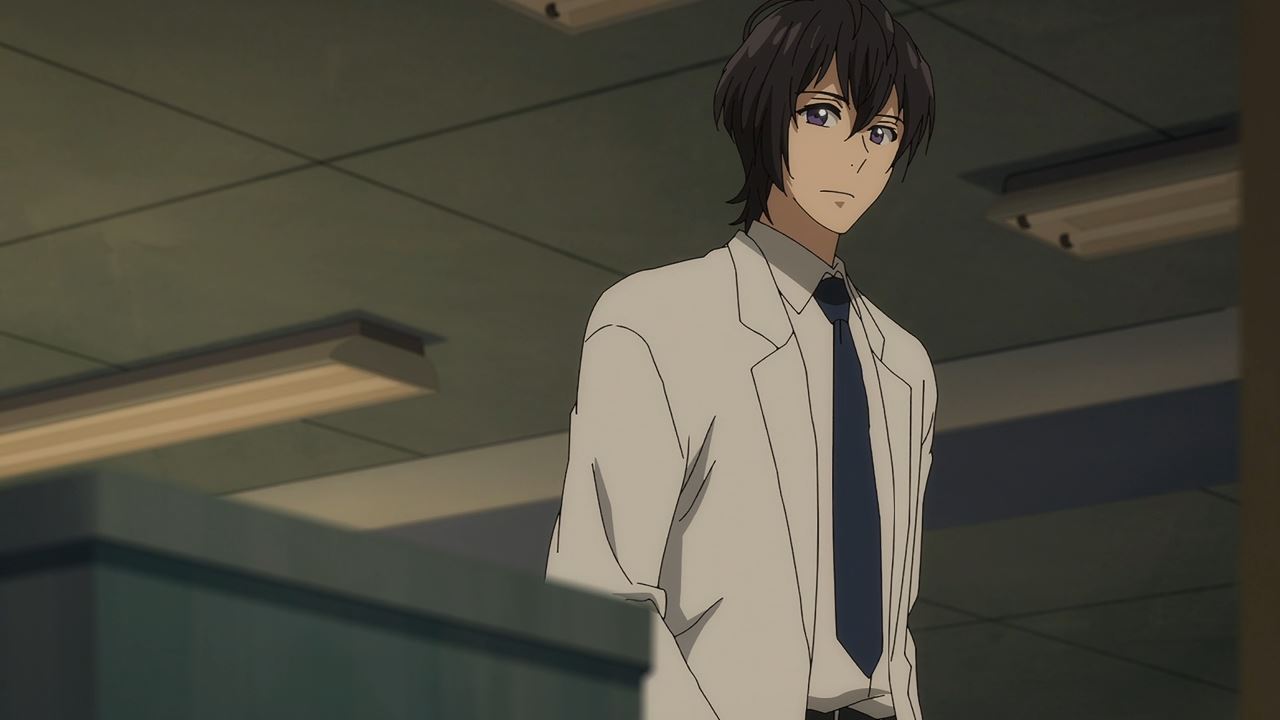 In fact, he pick those photos up from the trach can as Saku Akechi will find the perpetrator. Let’s hope that he’ll succeed. 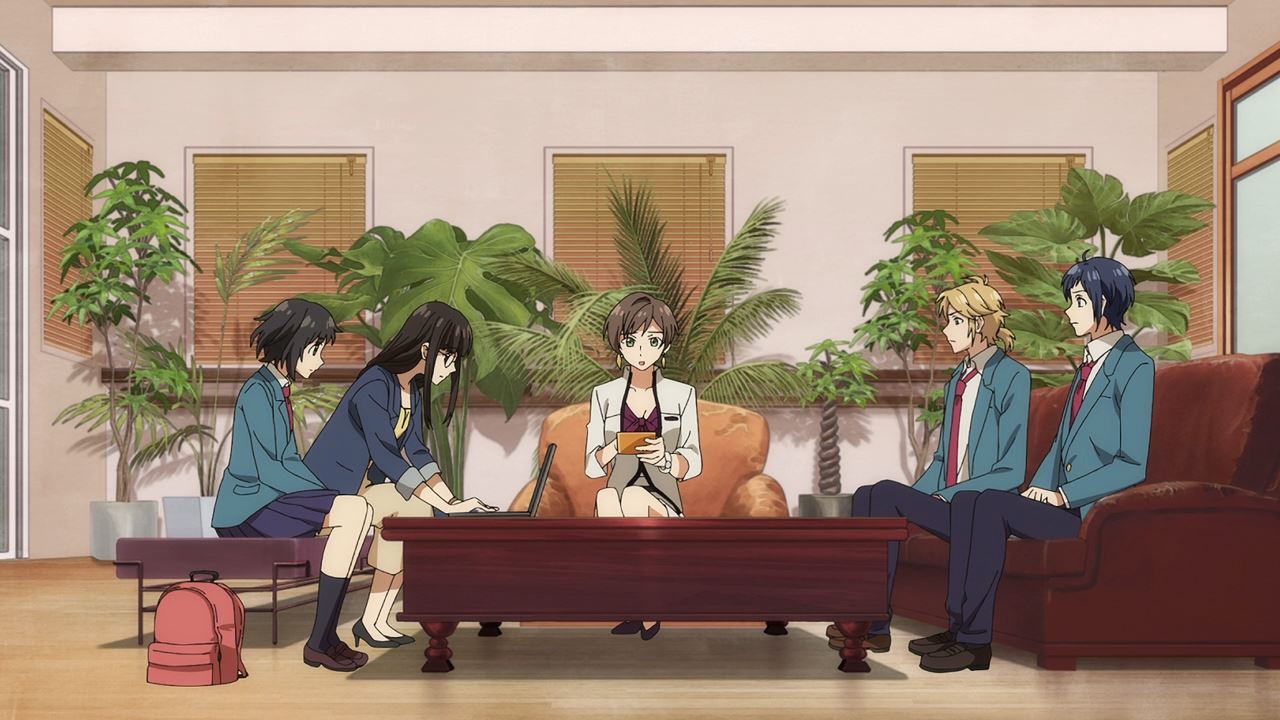 Now then, the talent agency is investigating the perpetrator and they’ll take legal action against that person who took those scandalous pics. However, it gets worse from there… 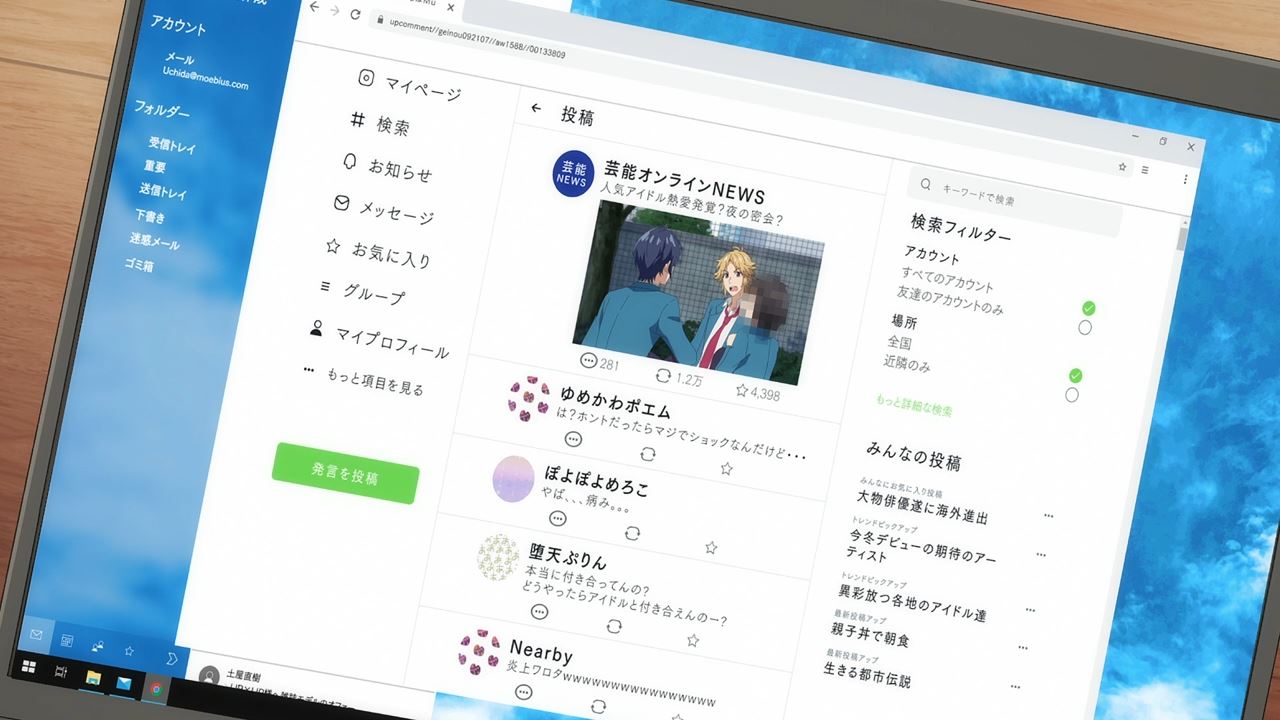 Looks like various news outlets have caught wind of those pics and people are talking about LIP x LIP in a bad way through social media. This is gonna take a long time for this scandal to die down.

Of course, I’m worried about the next episode, especially Hiyori Suzumi where she’ll be forever bullied just because she’s hanging out with both Yujiro Someya and Aizo Shibasaki, even though she has no romantic feelings towards LIP x LIP unlike those crazy fans.