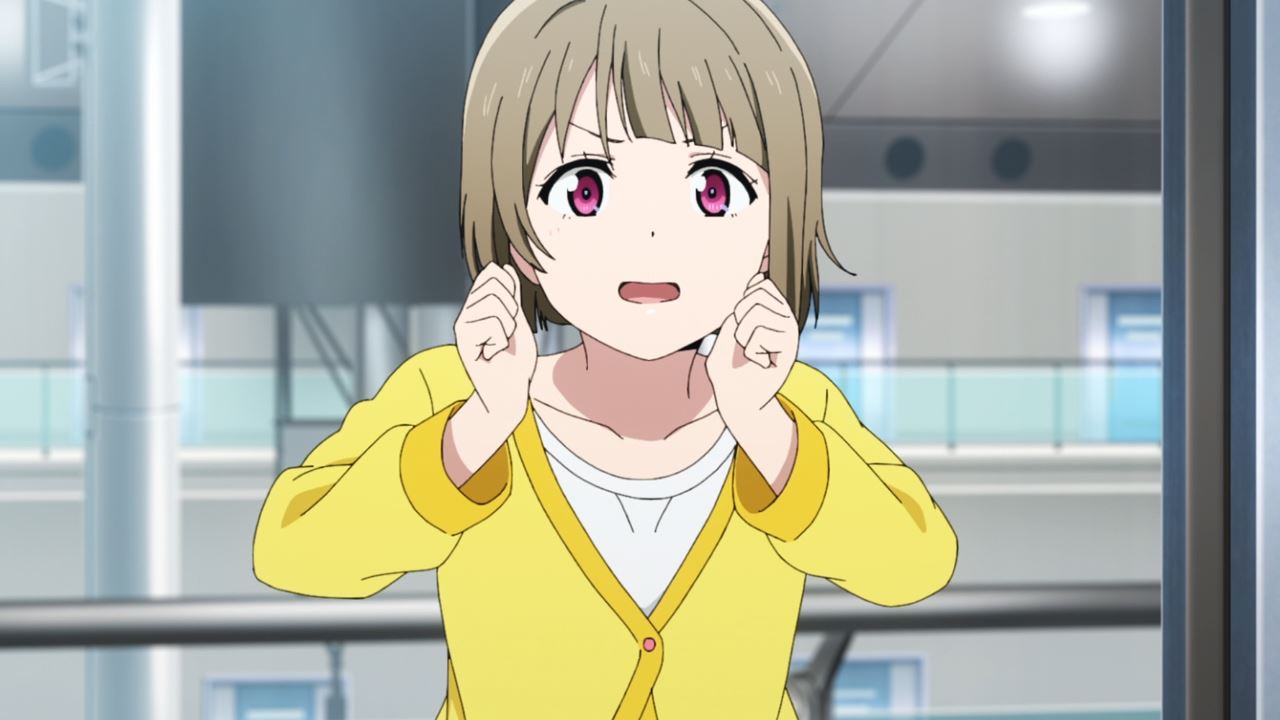 Let’s begin with Kasumi Nakasu where she has an important announcement. Oh boy, could it be that the school idol club is gonna get the axe again?

Well, turns out that their club will become official since they hosted the School Idol Festival in the previous episodes. This means that they can now participate in official tournaments like the Love Live! School Idol competition. 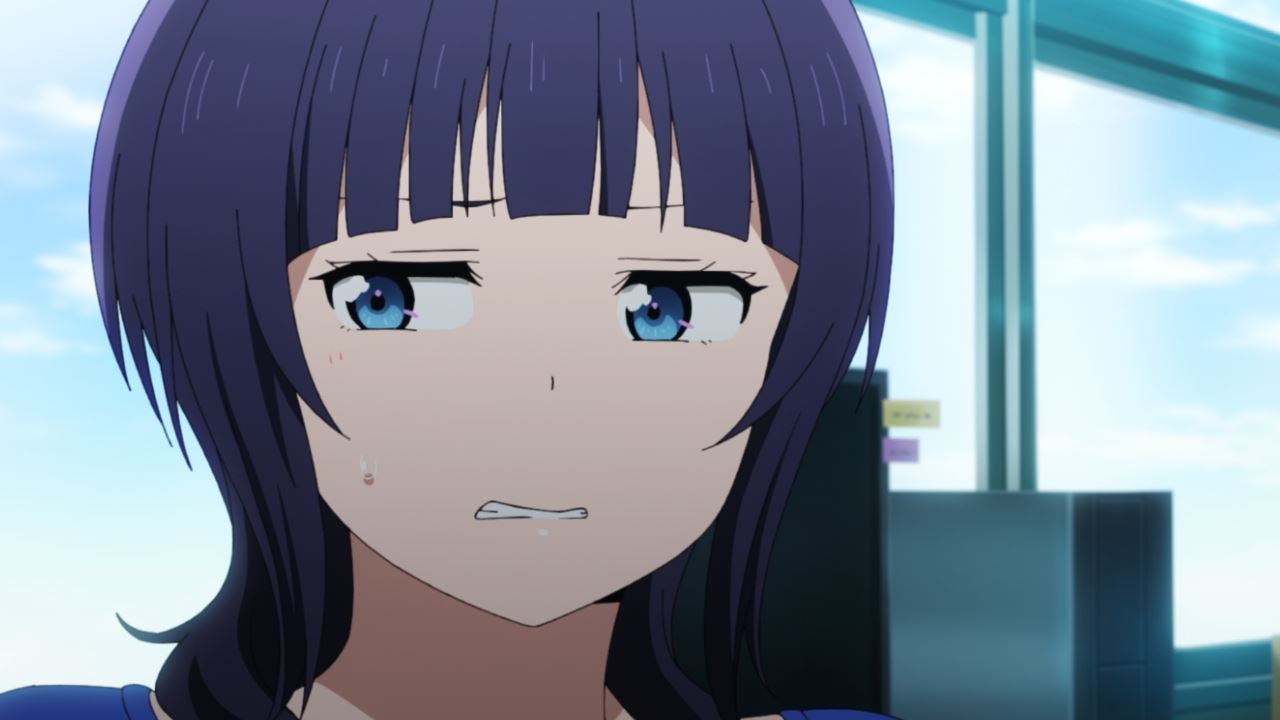 Of course, they need to focus on their exams where I have a feeling that Karin Asaka is feeling the heat right now. Yeah, she’s on the verge of flunking it. 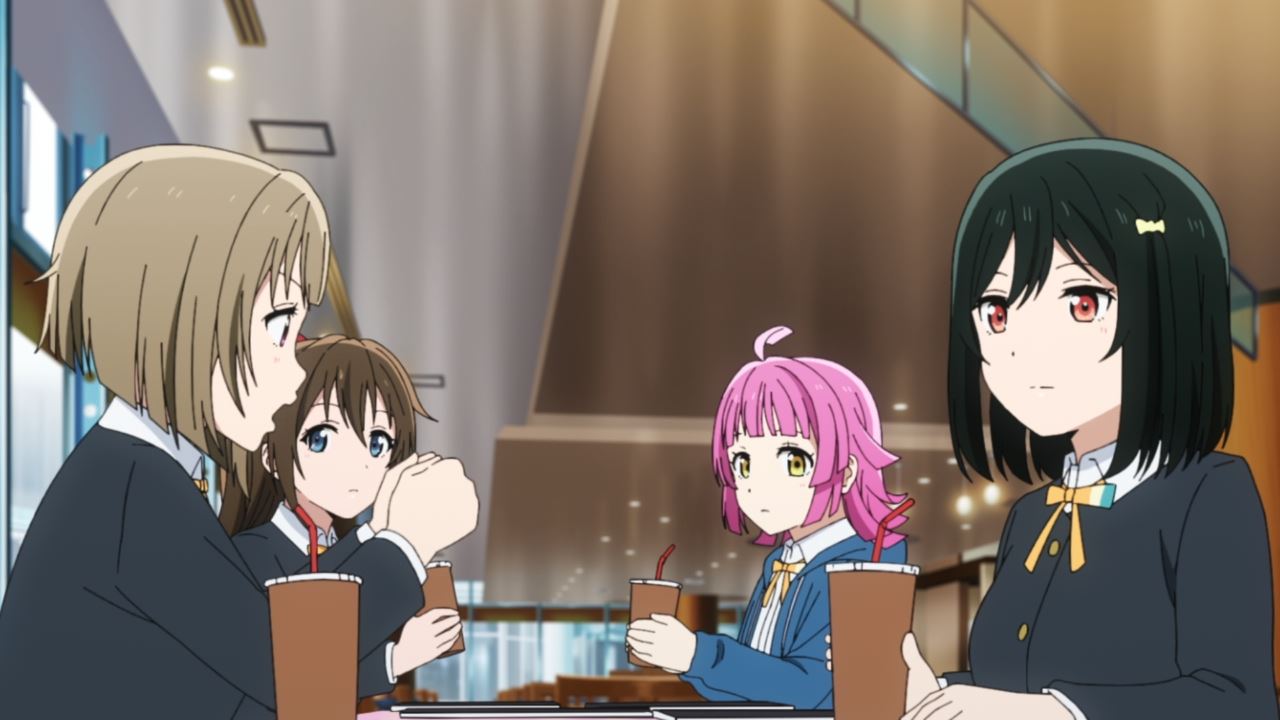 Oh and it’s not just Karin, but also Kasumi Nakasu where she might fail the exams if she didn’t study enough. However, it appears that she’s thinking about the possibilities of having those official perks.

Yes, their idol performance will be more intricate and they’ll have new members soon thanks to having a slightly bigger budget, but those benefits won’t happen if the likes of Kasumin and Karin-sempai couldn’t pass the exams. 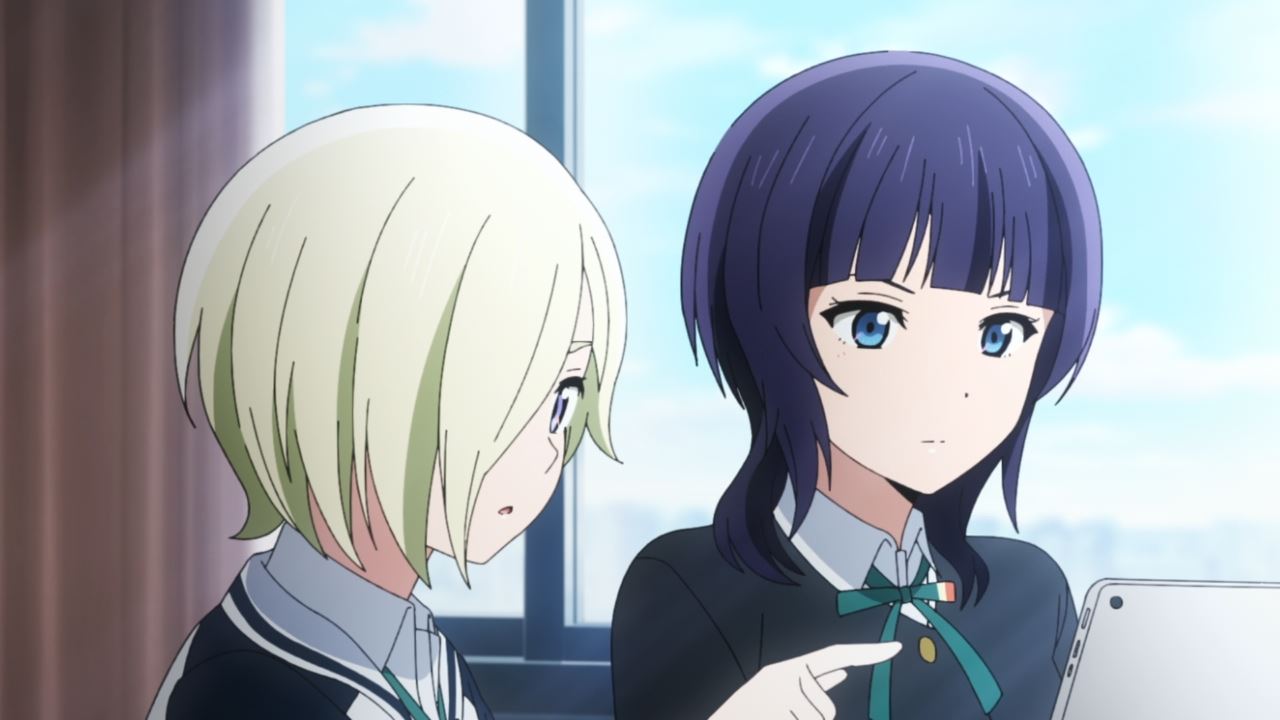 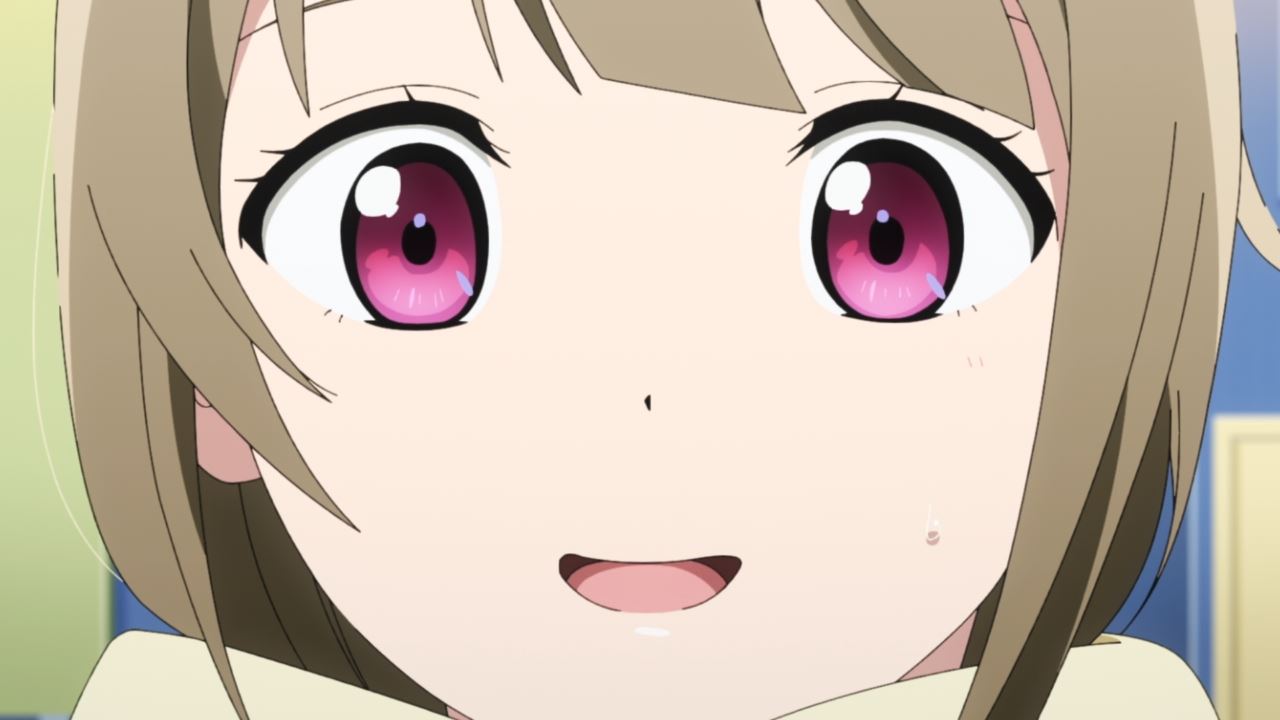 Speaking of Karin Asaka, looks like she’s motivated to study hard in order to pass the upcoming tests. Even Kasumi Nakasu is surprised by it.

By the way, it appears that they won’t becoming an official club in Nijigasaki High School as they want to continue with their current pace rather than being gung-ho on winning competitions. 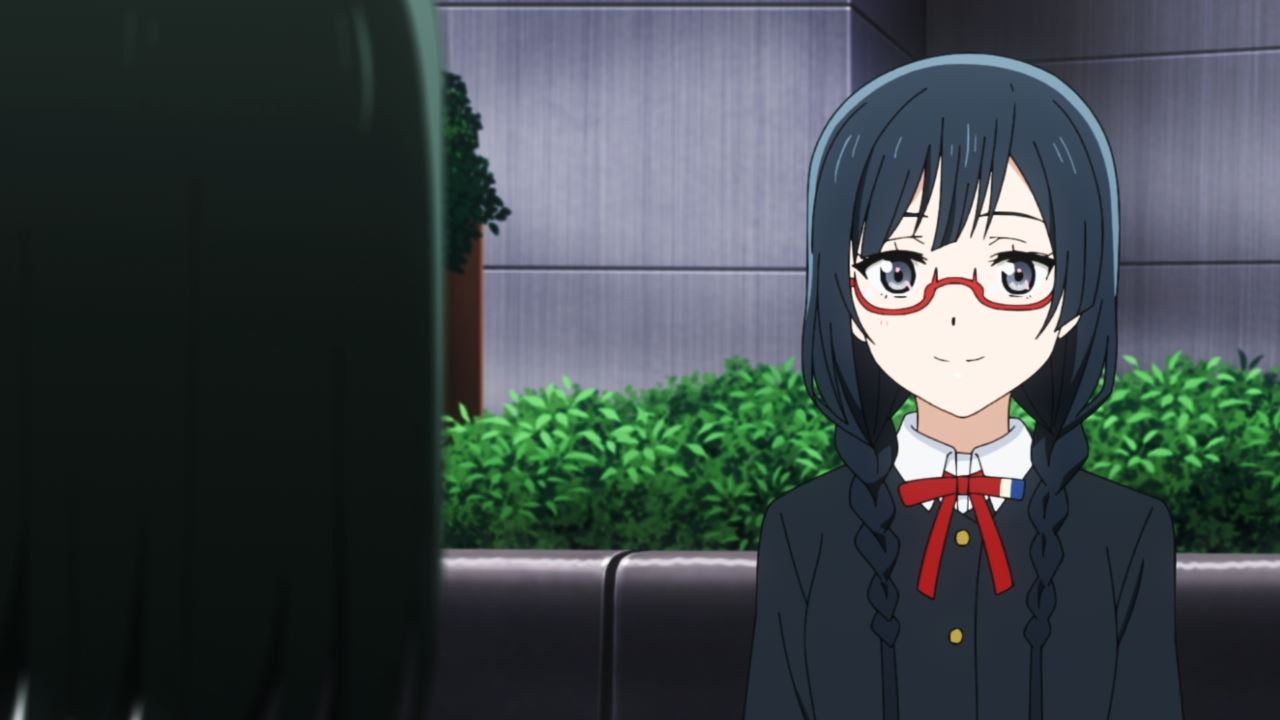 One more thing, it appears that Setsu- I mean Nana Nakagawa won’t be running in the upcoming elections as she wants to focus her dreams as a school idol. 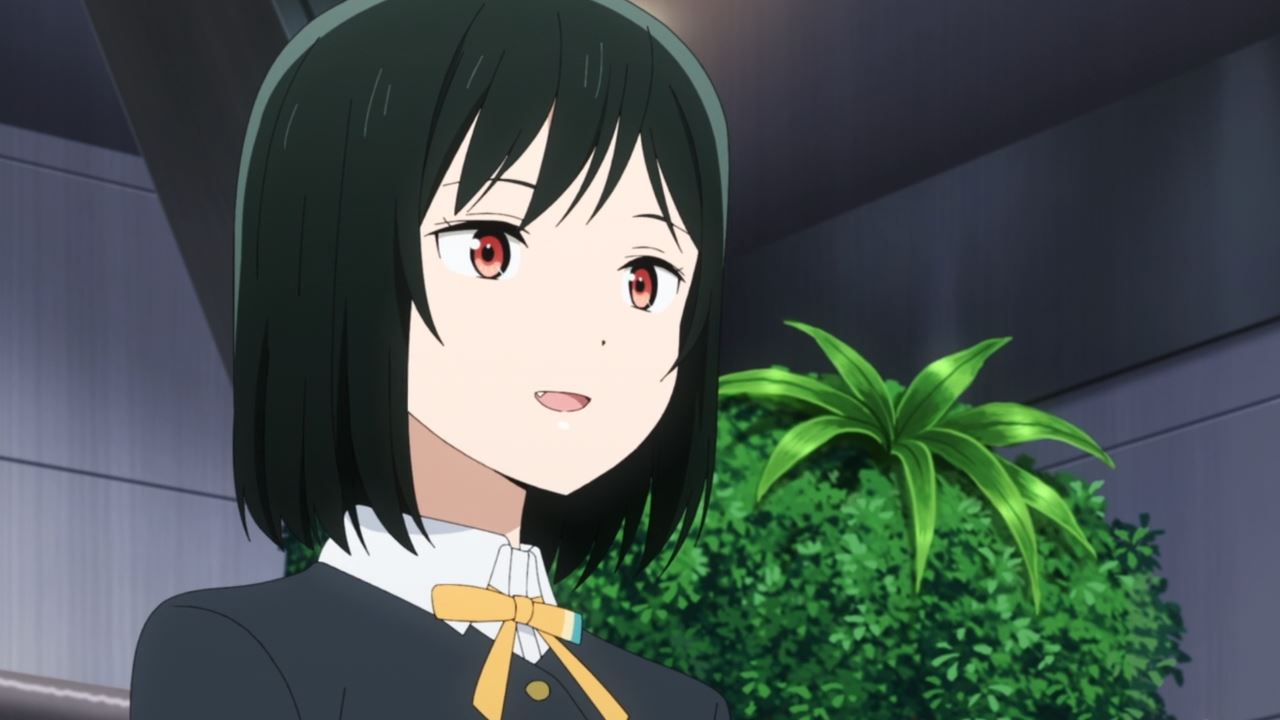 This means that Shioriko Mifune is poised to become the next student council president in the future, should Shioriko won the elections of course. So I guess this episode is over, right? 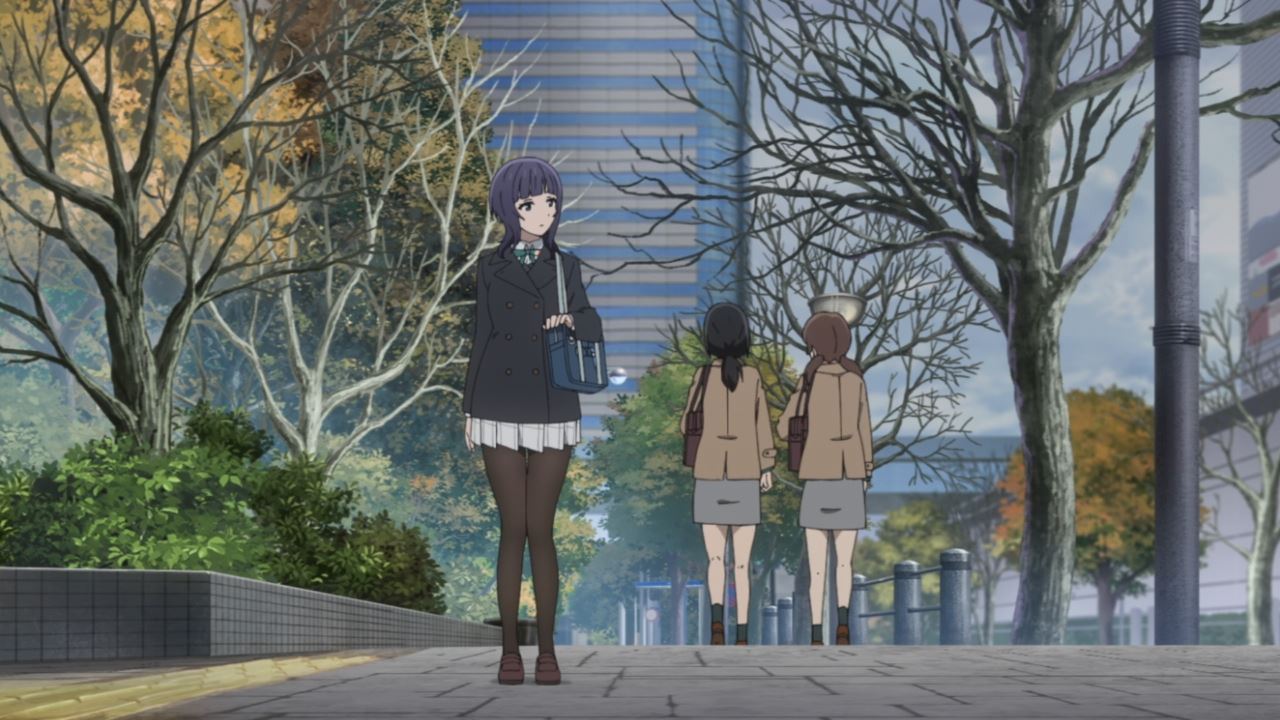 Well, there’s Karin Asaka where she’s worried about her future in the school idol club. After all, she joined the club alongside Emma Verde and Kanata Konoe despite being 3rd year students. 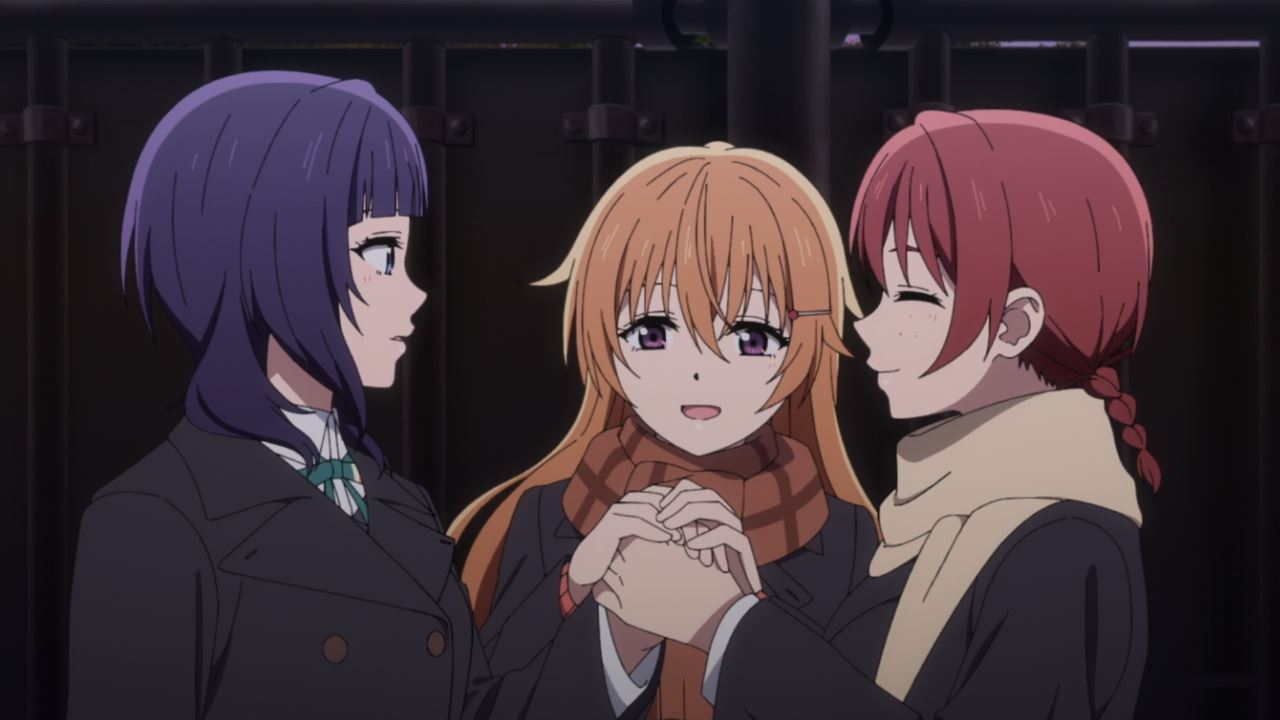 But you know what, I think Karin should spend her remaining time making good memories at the school idol club alongside Kanata and Emma. It’s bad being worrisome all the time. 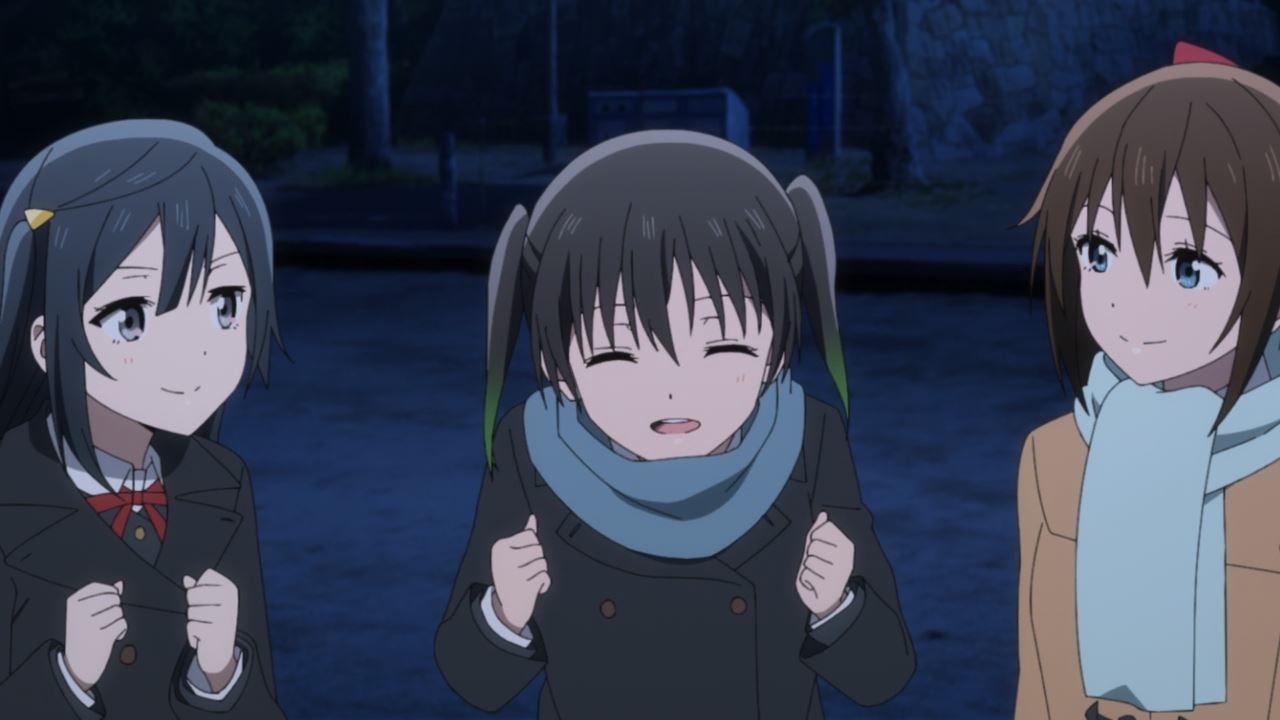 Now then, looks like they come up with a great idea as the school idol club will host their 1st live concert at Nijigasaki High School. Man, I’m really curious on how they’ll pull it off. 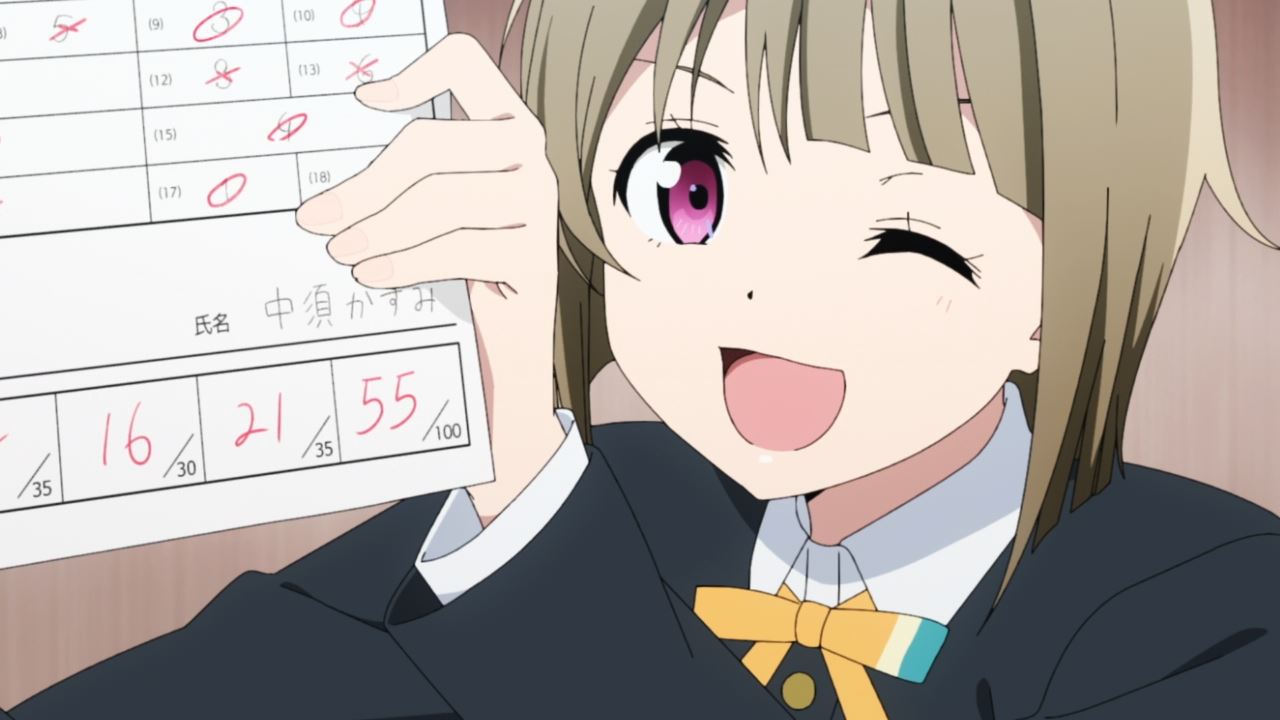 As for the exams, looks like Kasumi Nakasu managed to get a passing grade. I’ll be laughing by butt off if a club president like Kasukasu flunked the exams. 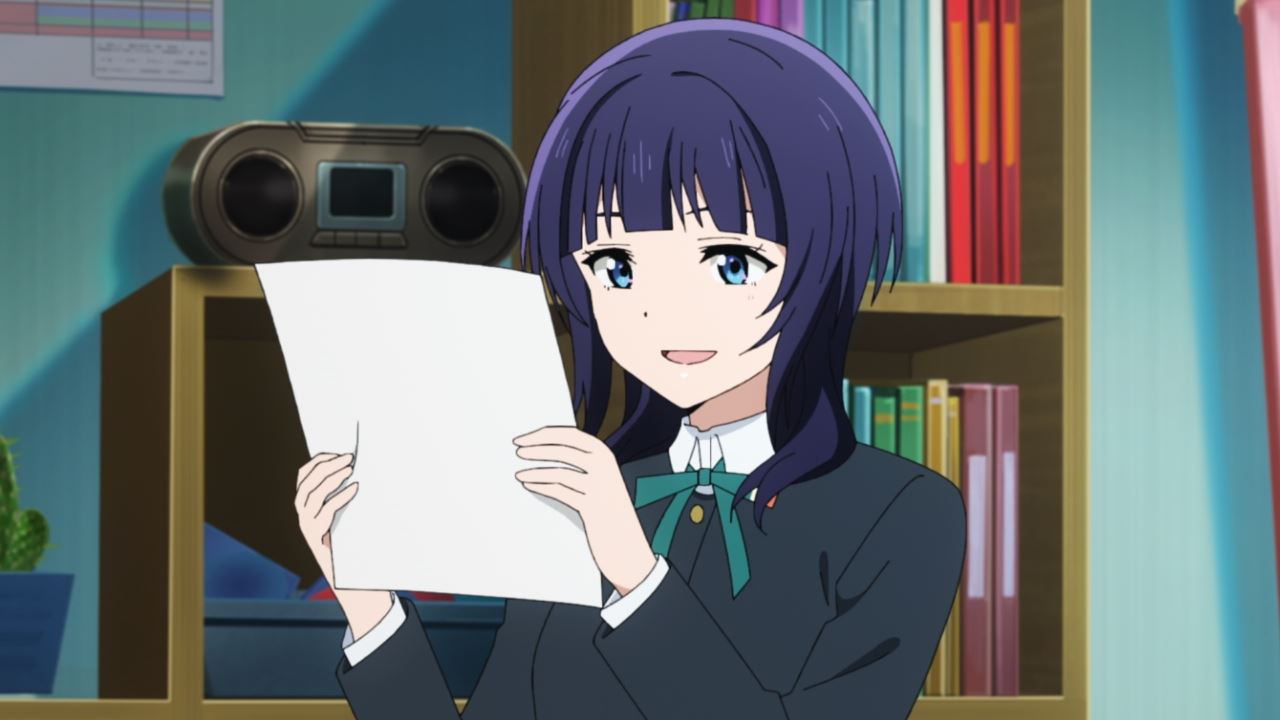 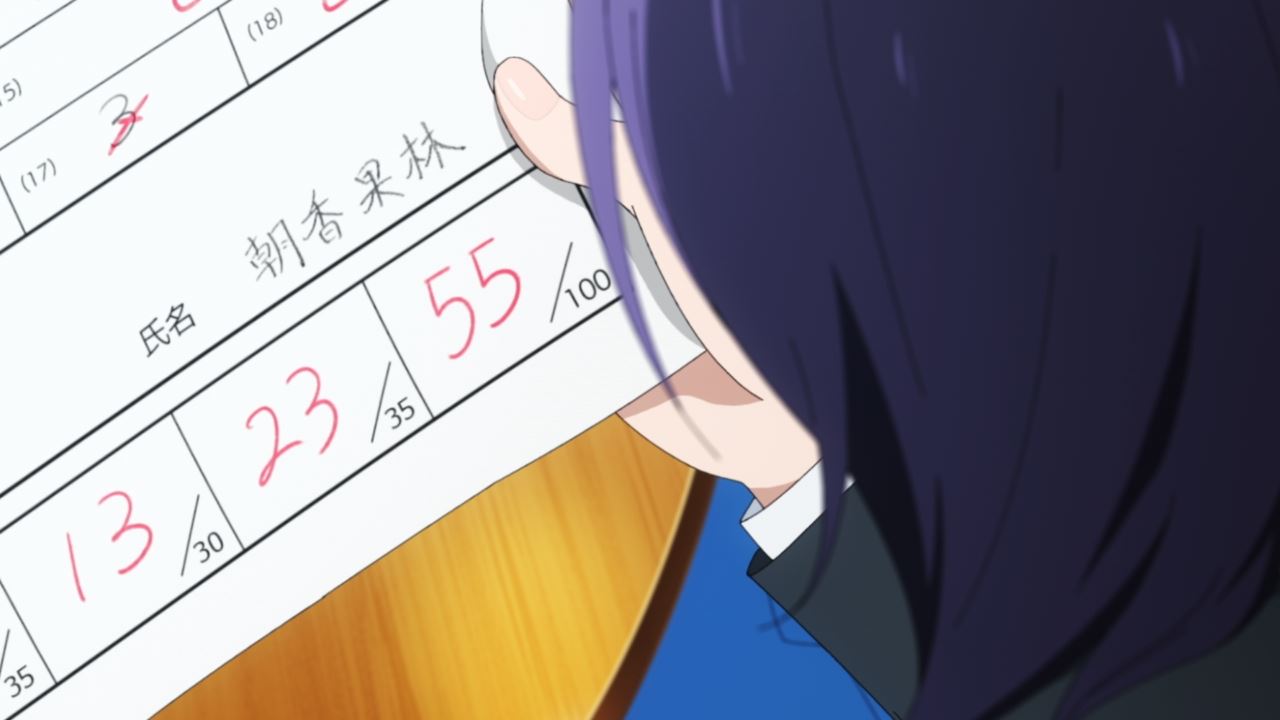 As for Karin Asaka, she managed to get a passing grade as well. Glad that all members passed the exam with flying colors as they’ll focus on preparing their first concert.

Now then, I end this week’s episode where Yu Takasaki put up the promotional poster at the bulletin board. Let’s hope that nothing bad will happen on the next episode!