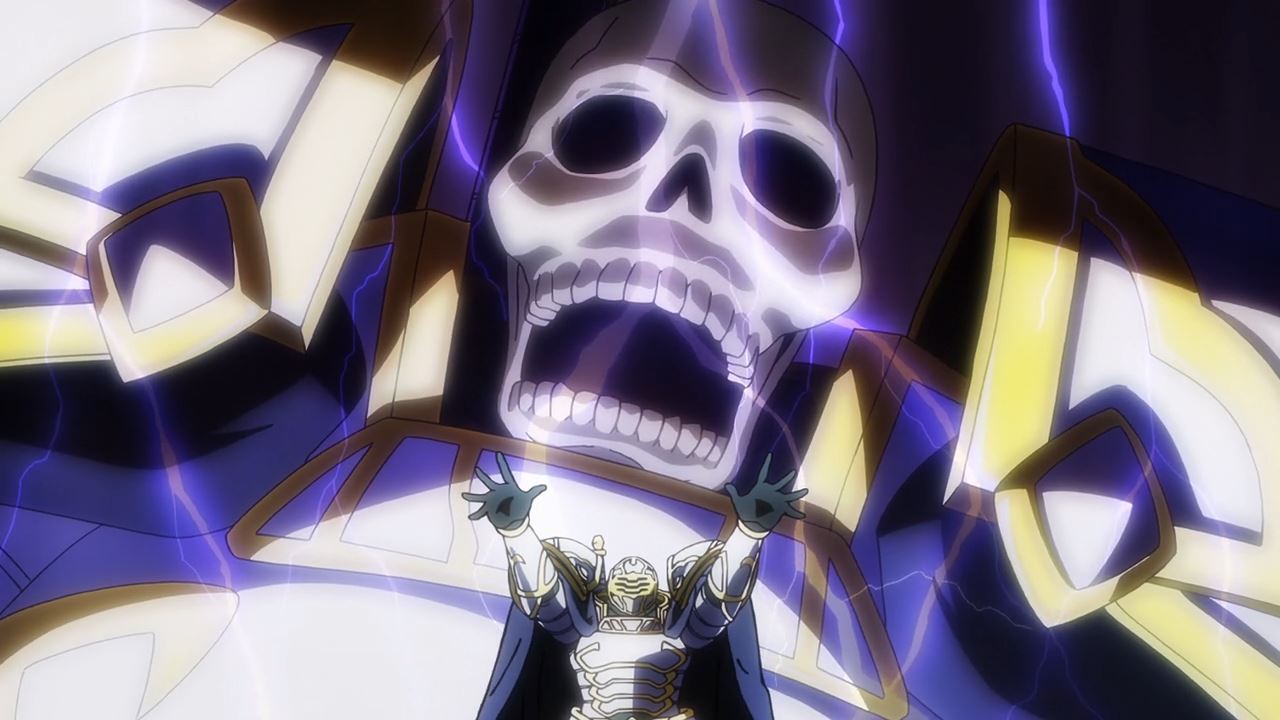 Hey everyone, it’s Arc where he casts a powerful magic called Lightning Damper. Gotta say that he looks like a villain than a hero. 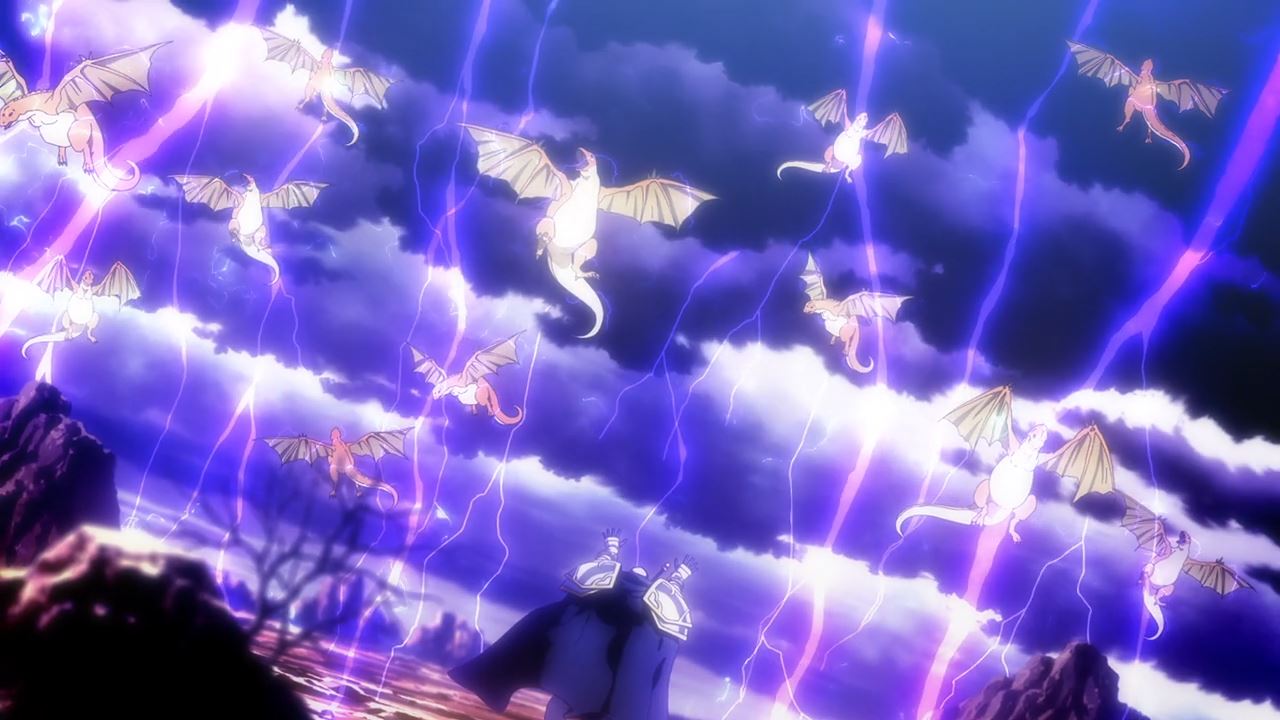 Oh yeah, and he used Lightning Damper on a bunch of wyverns which are quite troublesome to deal with if someone doesn’t have any kind of ranged weapons to kill them off. 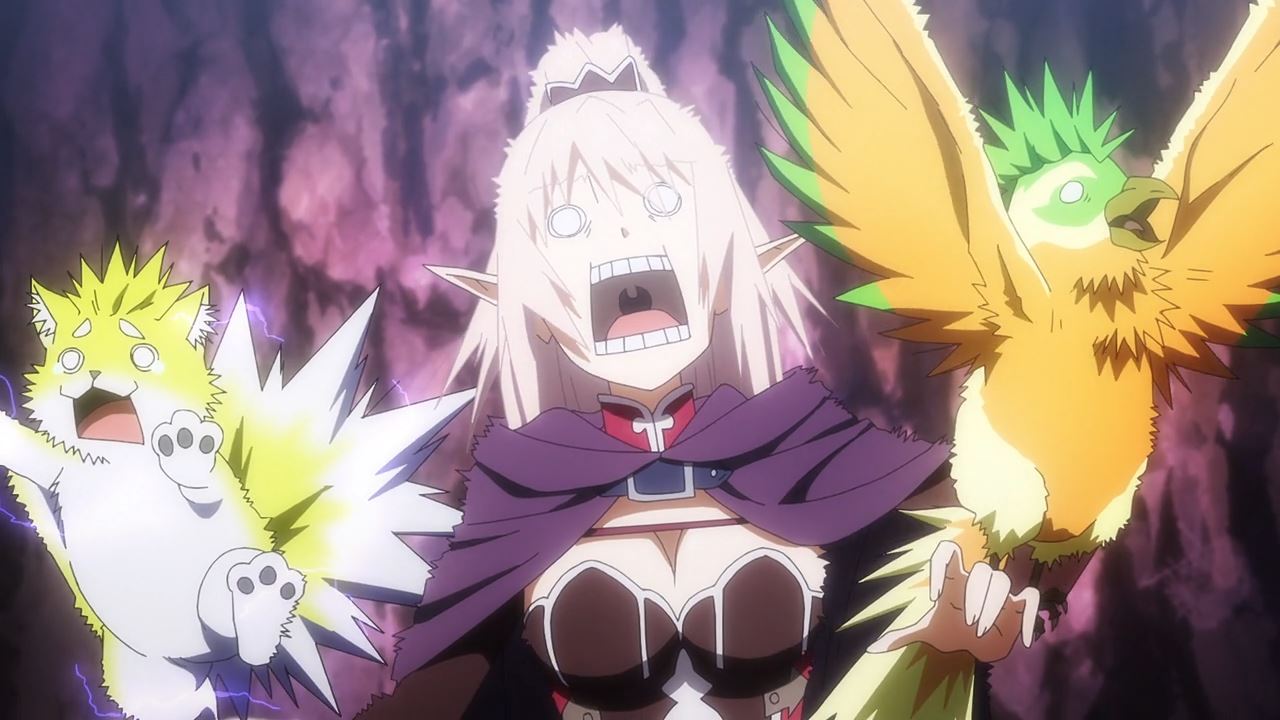 By the way, looks like Ariane, her pet bird, and Ponta got a nasty shock treatment from Arc’s magic. I’m hoping that they’ll survive. 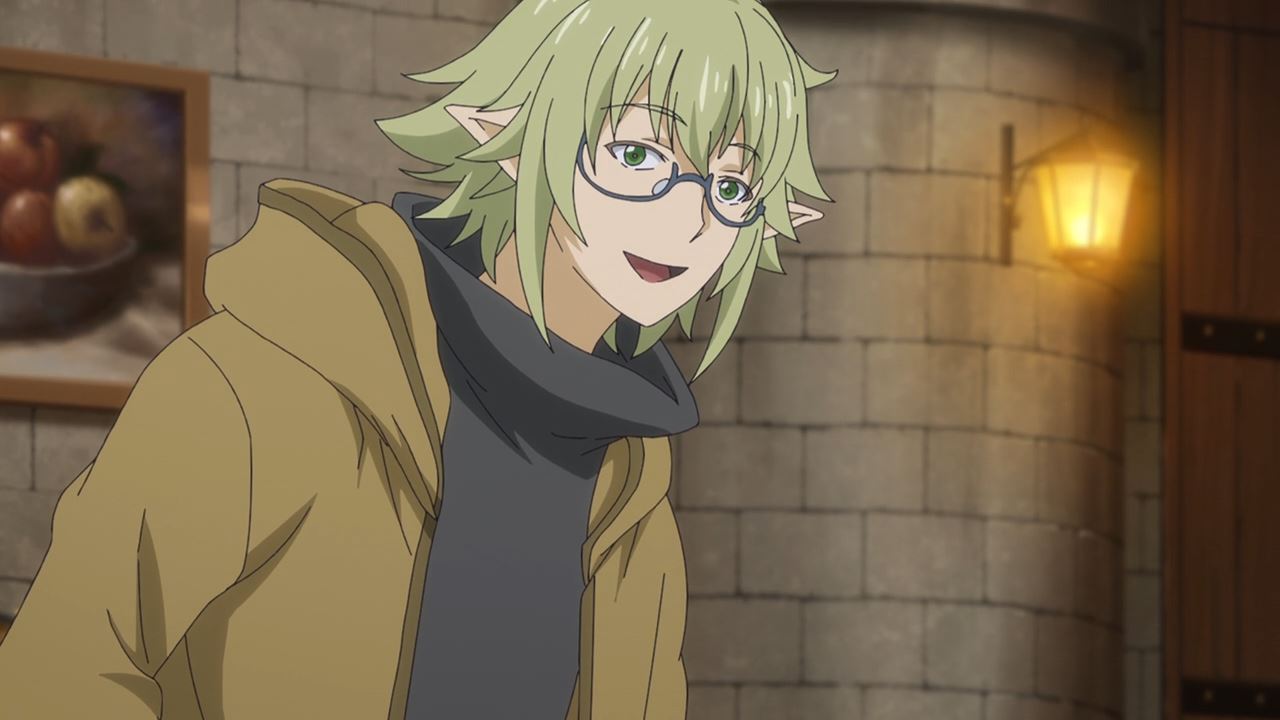 Now then, looks like Ariane Glenys Maple and Arc met this elf named Carcy Held where he wants to share a drink with them. 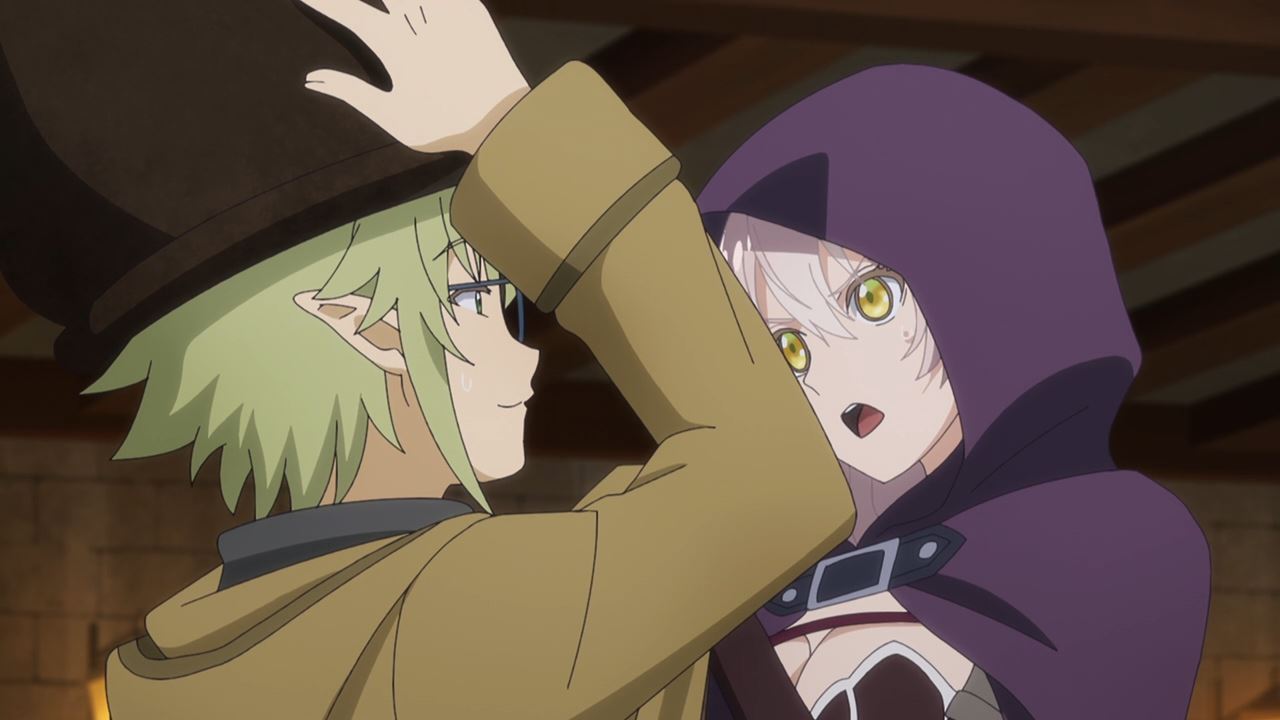 Of course, Ariane is really angry that he shows his elven ears to humans. In fact, she fears that Carcy might get targeted. 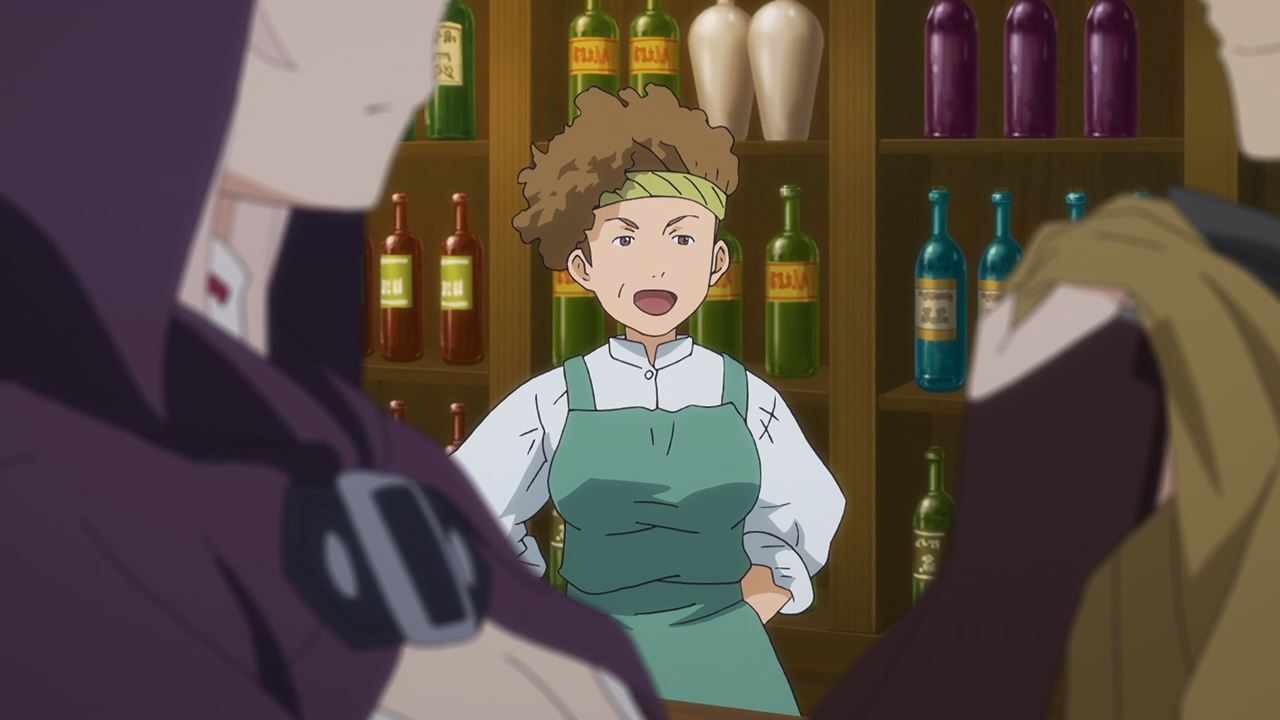 However, it appears that the town is pretty tolerant towards demi-humans as this pub lady told Carcy that she’ll give him the usual drink.

You know what, I think Arc and Ariane should stay at this town and chill. 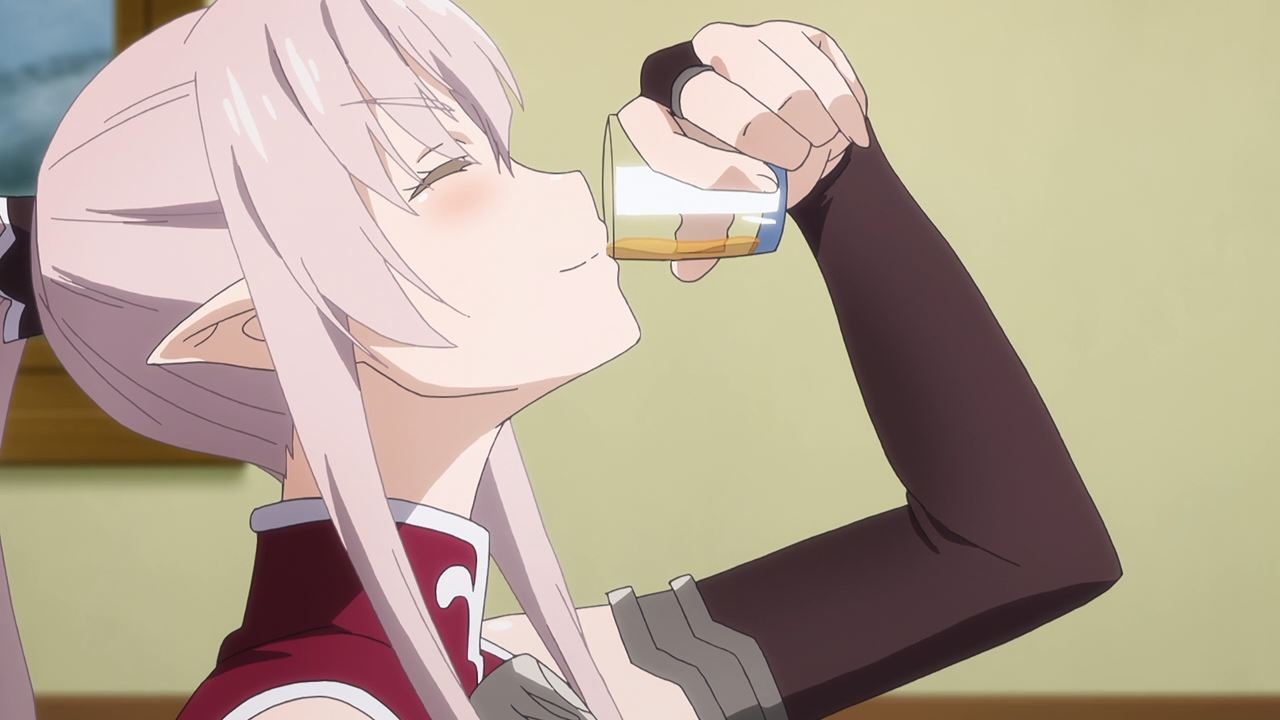 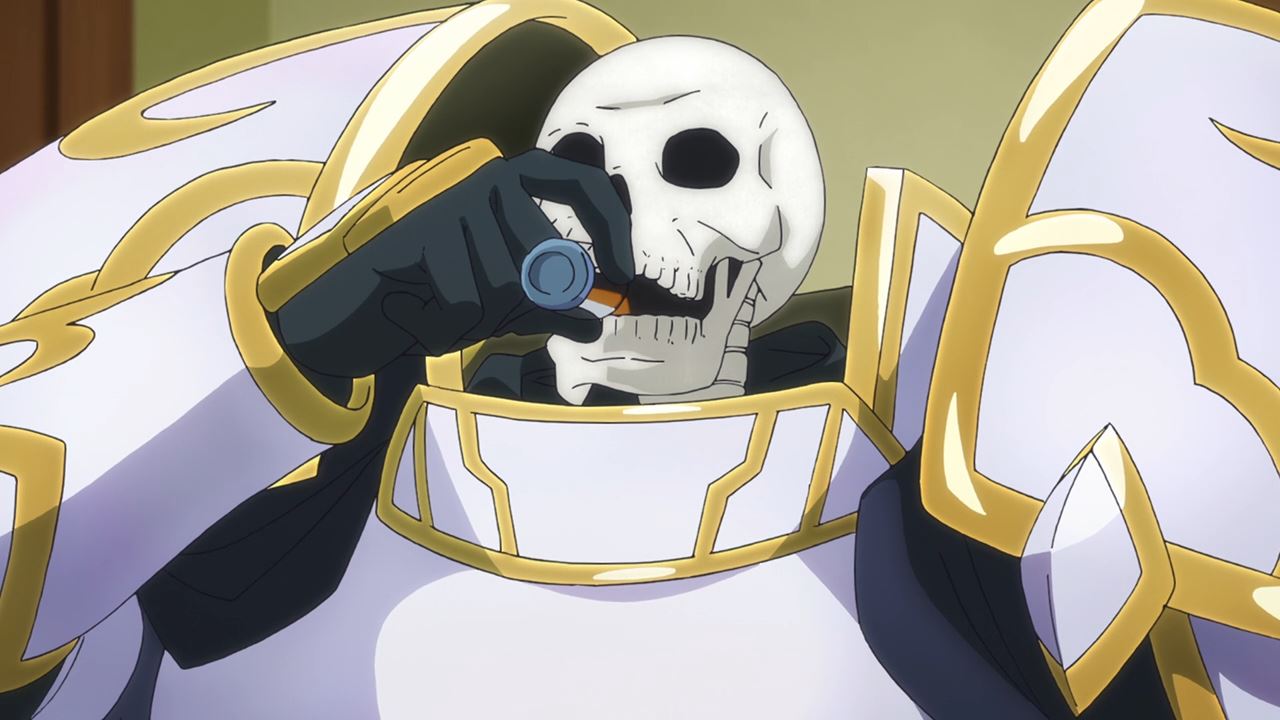 Anyways, time to stay at the inn for one night where they share a drink. By the way, this sweet fruit juice is alcoholic. 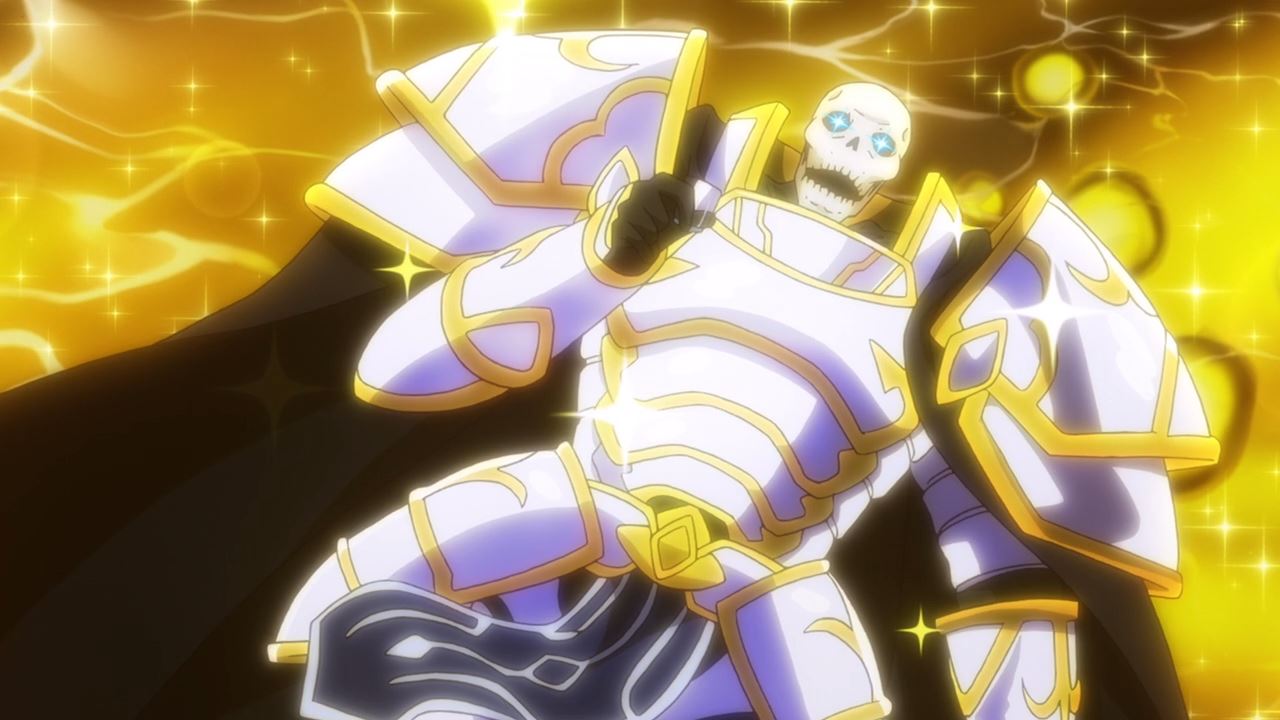 But that doesn’t matter for Arc since he can drink a lot and not getting tipsy. But what about his companion? 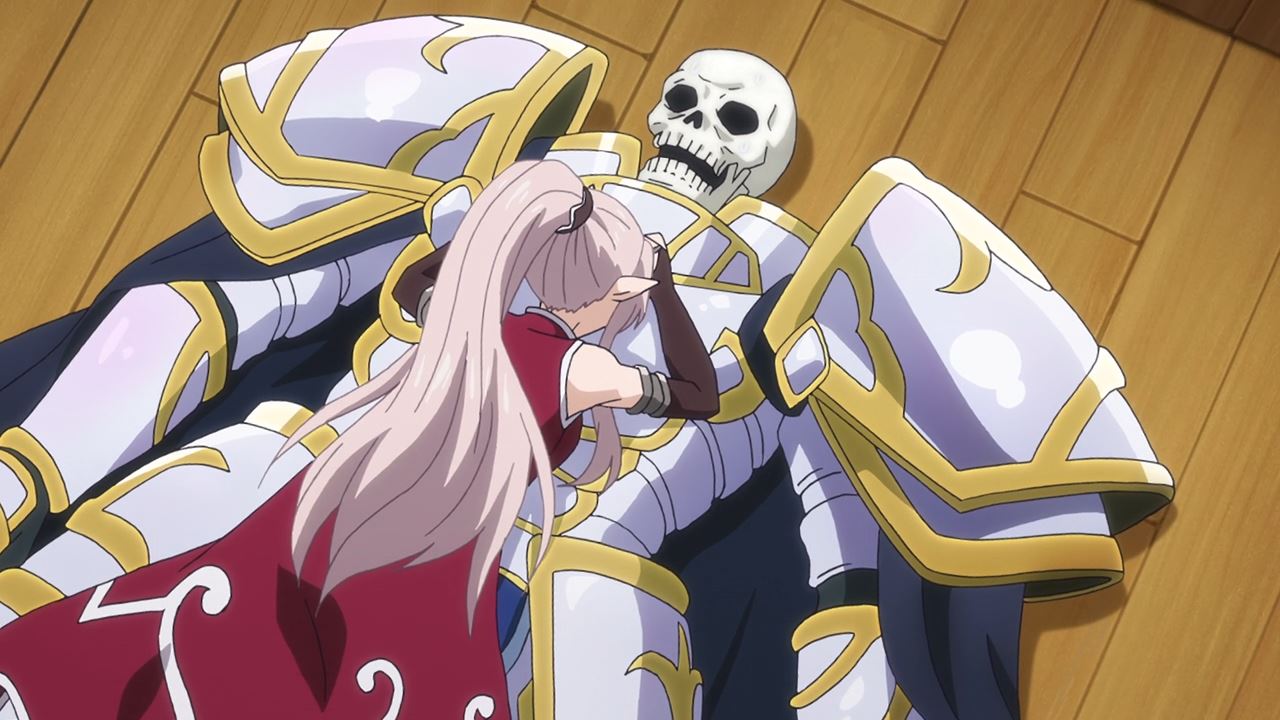 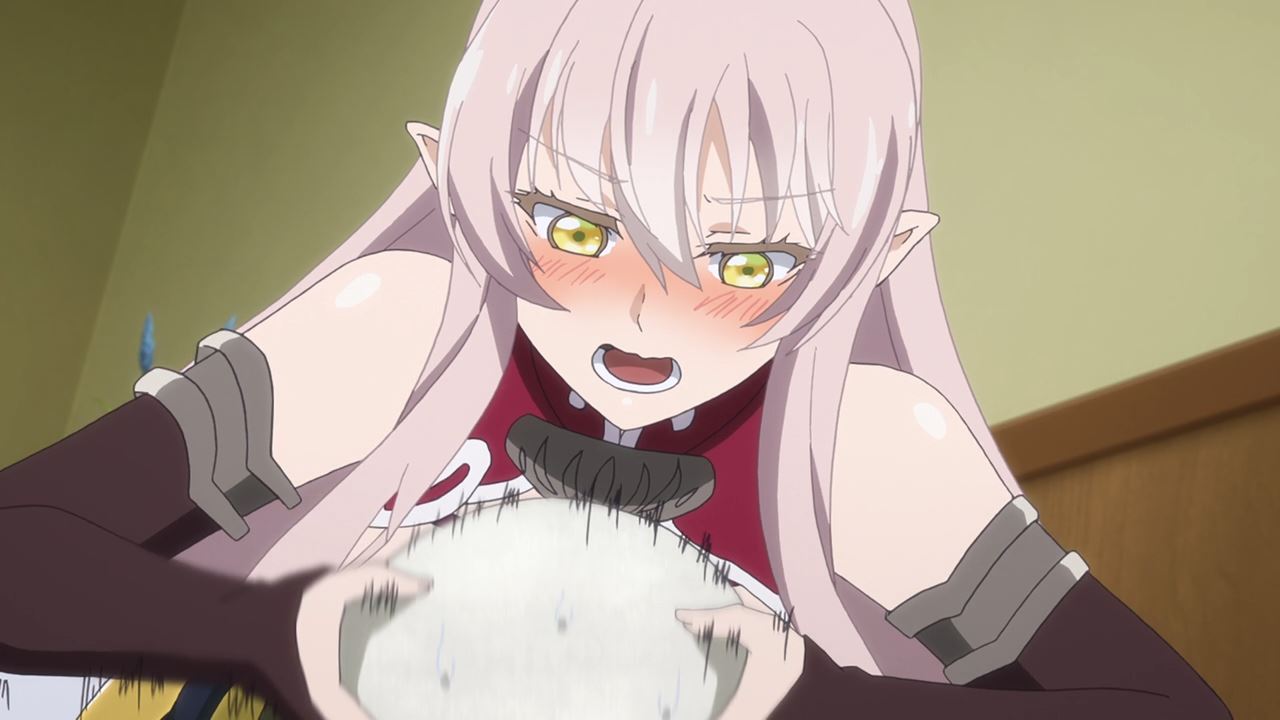 Oh wait, seems that Ariane Glenys Maple got really drunk where she shakes Arc’s head and rambles about love and other stuff.

Looks like Arc will have to keep Ariane’s rambling a secret ’cause that would be pretty embarrassing if she finds out her drunken stupor. 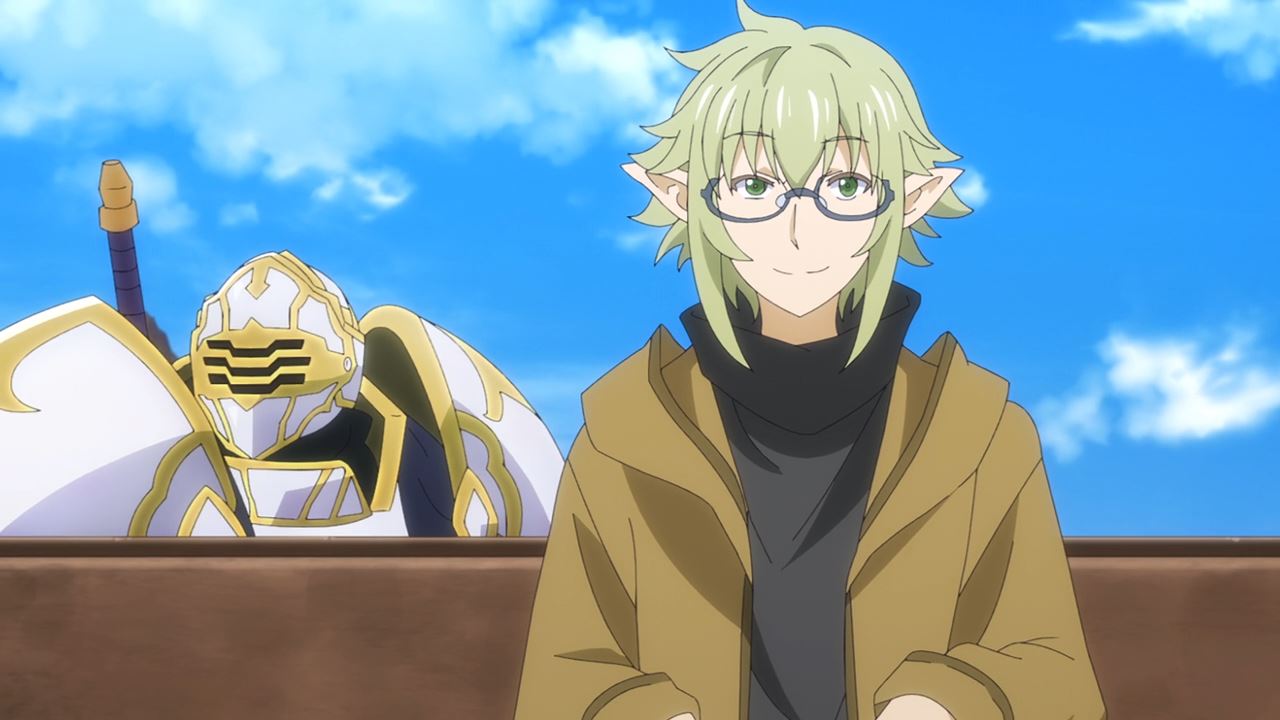 Now then, onto the next scene where Carcy told Arc to capture a sand worm for research. Of course, what about Ariane, did she got left behind? 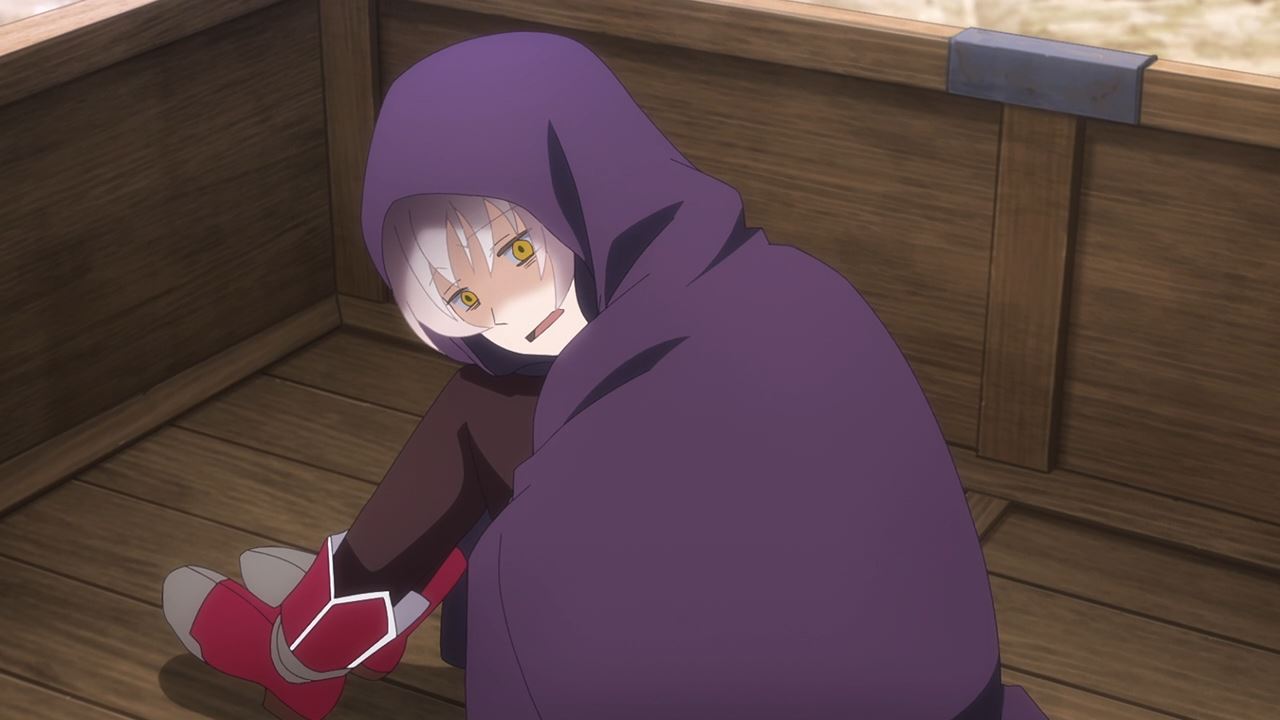 Oh, she joined in as Ariane is currently having a nasty hangover. Looks like she needs to limit her alcohol consumption next time. 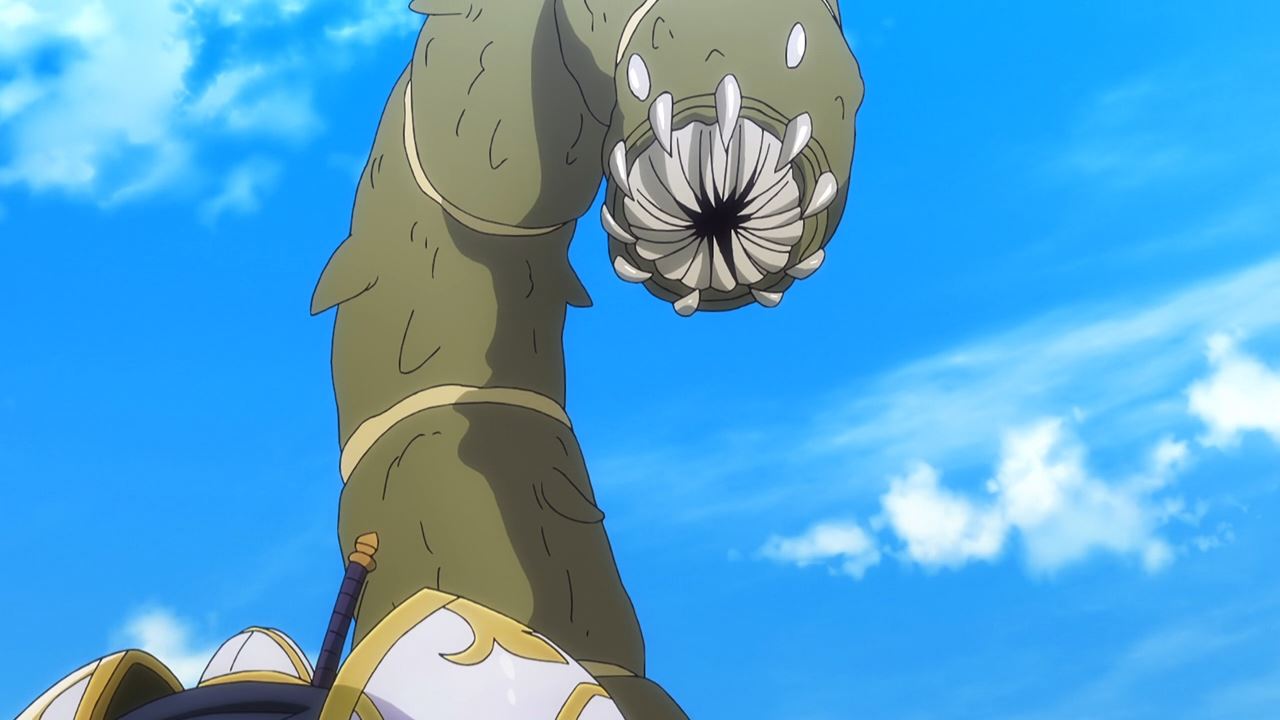 Speaking of sand worms, looks like one of them appeared where it’s freakin’ massive! 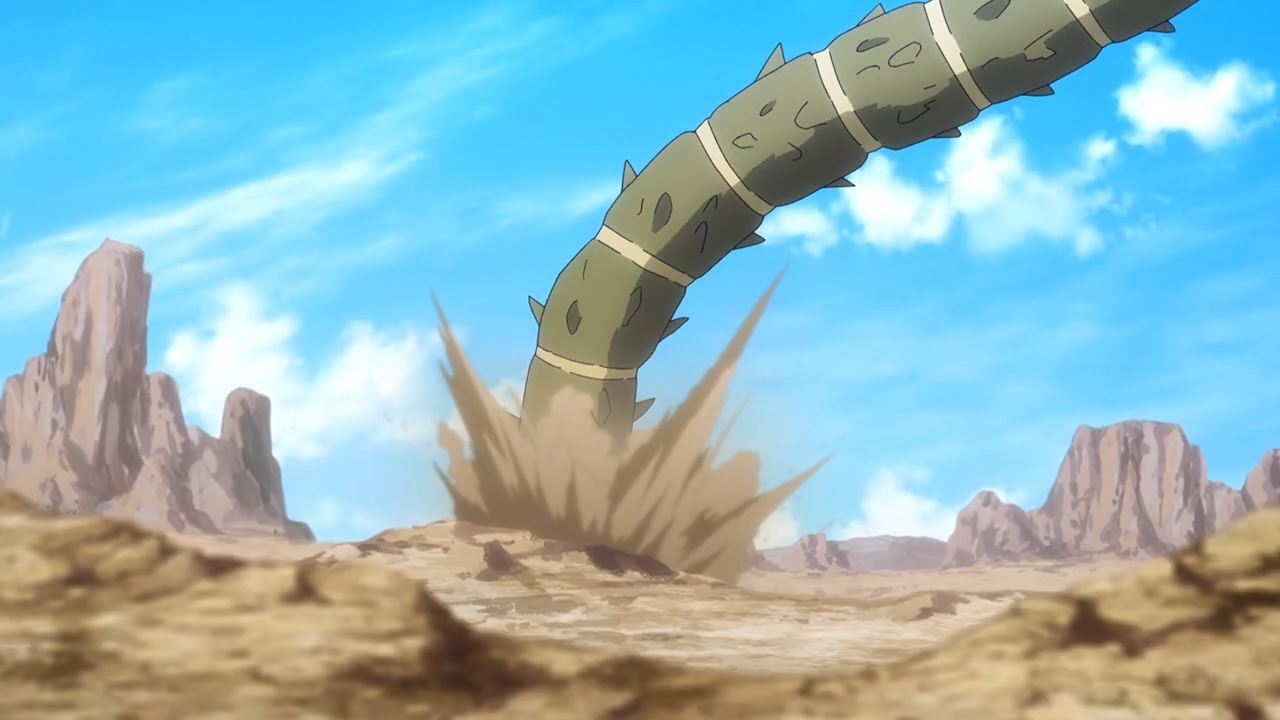 Oh, and the sand worm destroyed the caravan. I’m hoping that Ariane and Carcy are alright. 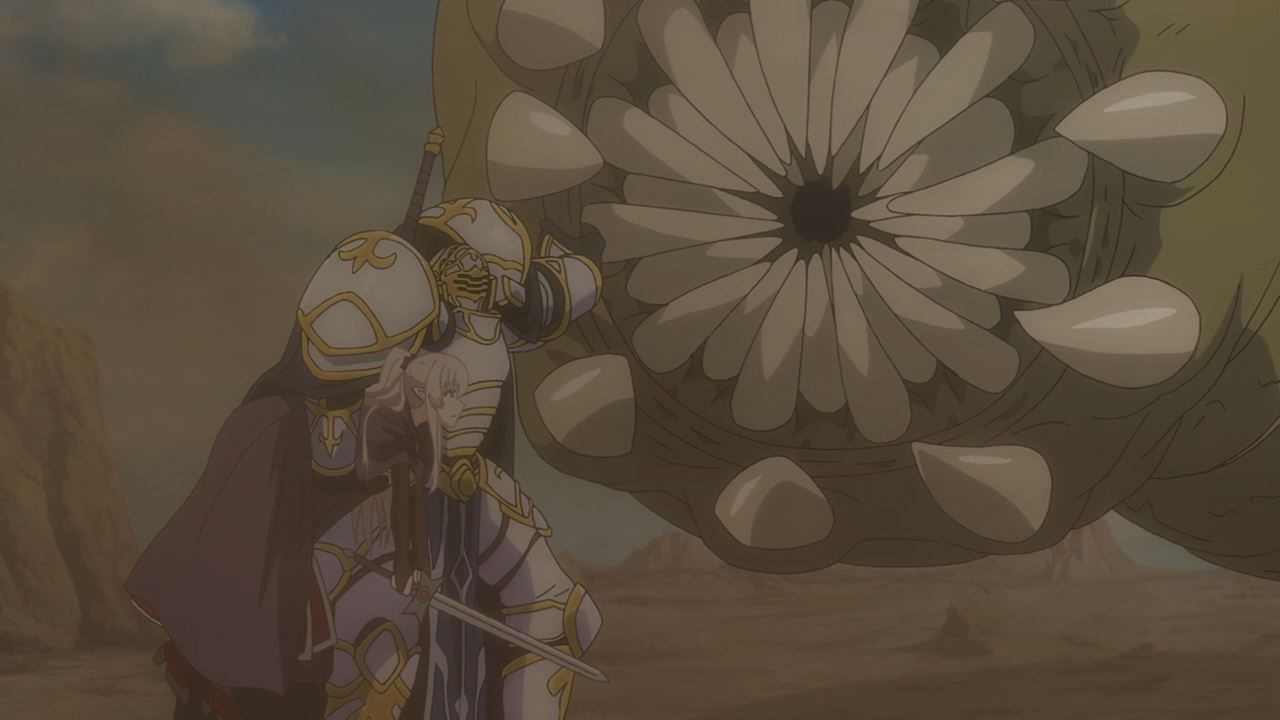 Fortunately, there’s Arc where he managed to stop the sand worm from eating Ariane. Of course, the skeleton knight need to put this monster down… 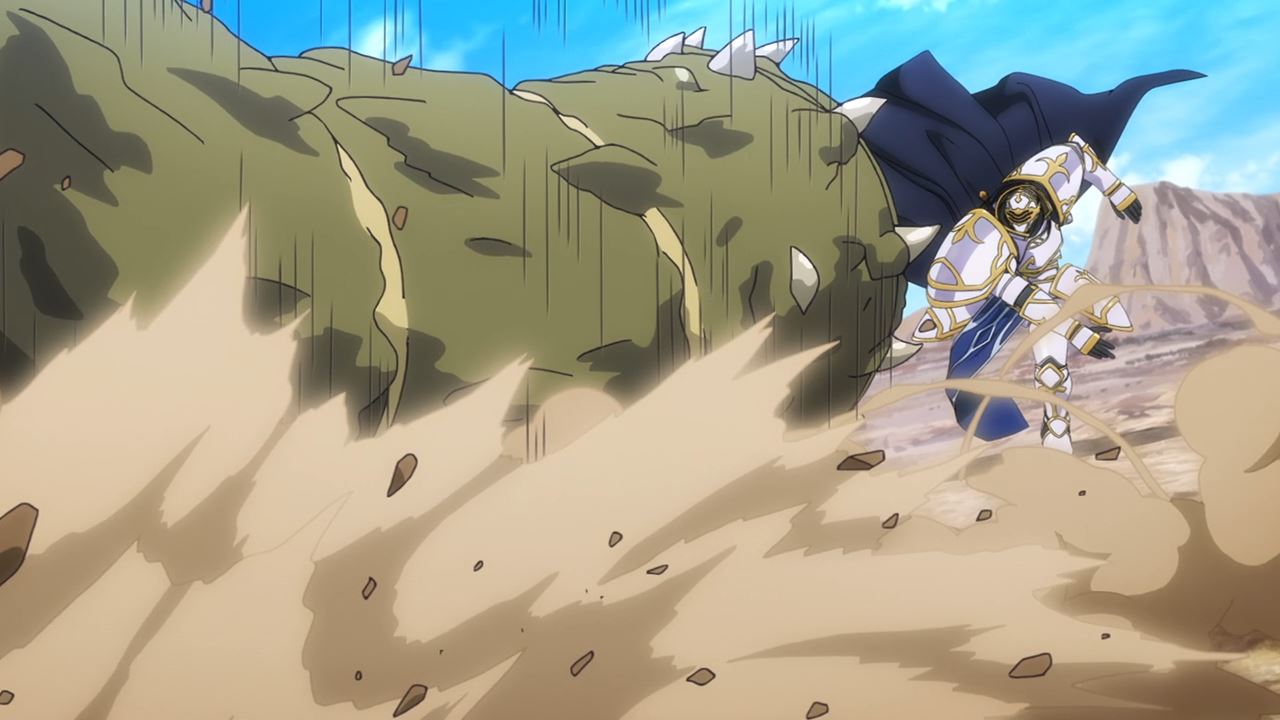 And that’s by performing a suplex that put this sand worm in its place. Damn, Arc is really strong that he could grapple giants with his two hands. 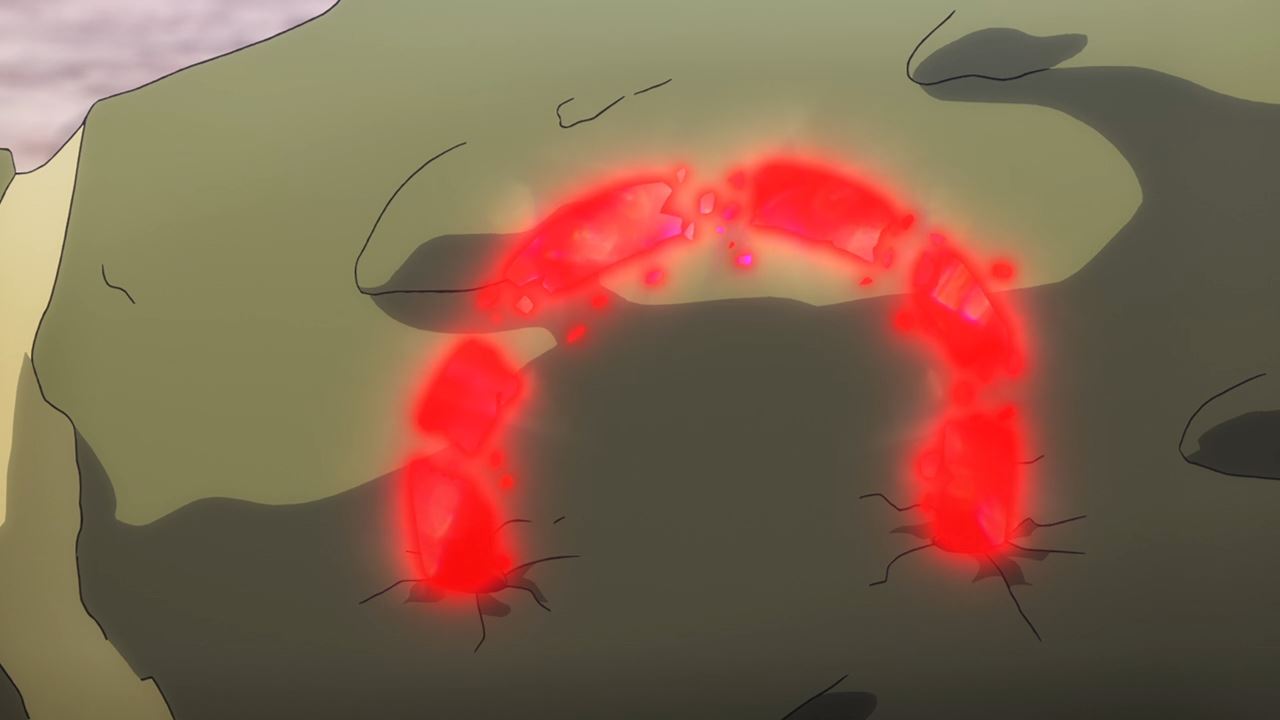 By the way, it appears that the sand worm has this mind control ring, meaning that the Holy Revlon Empire is involved in this mess. 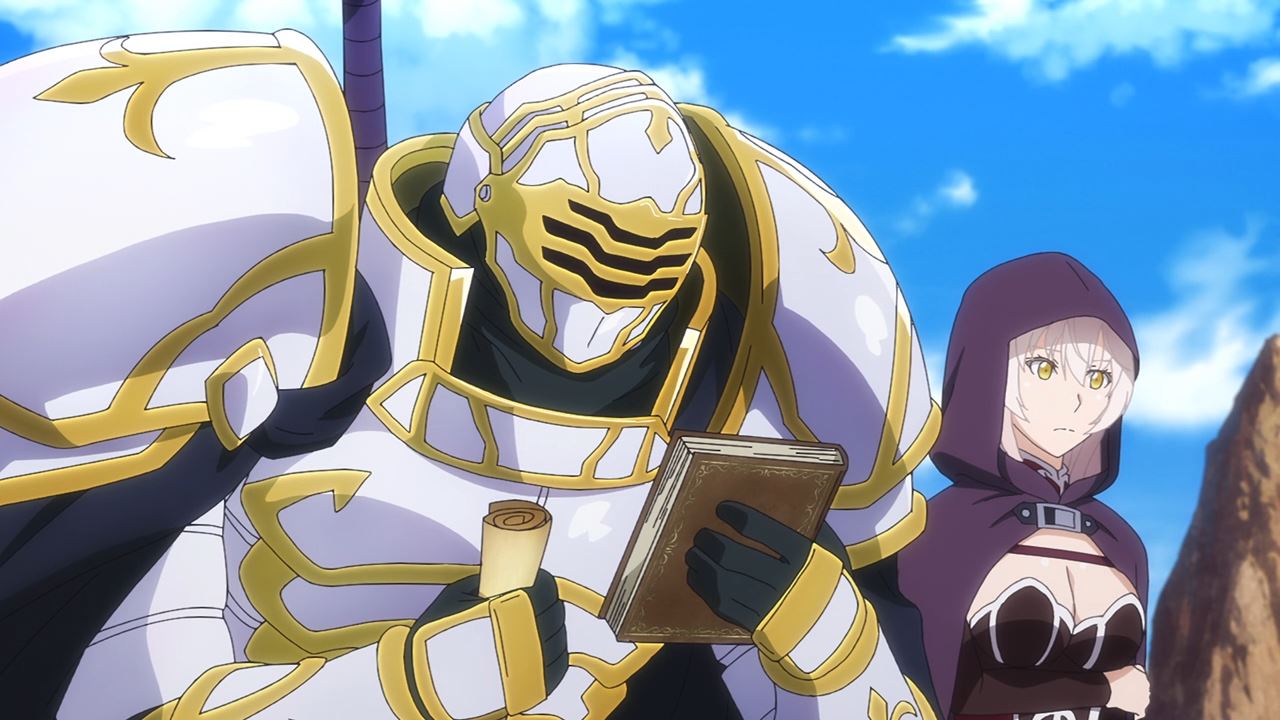 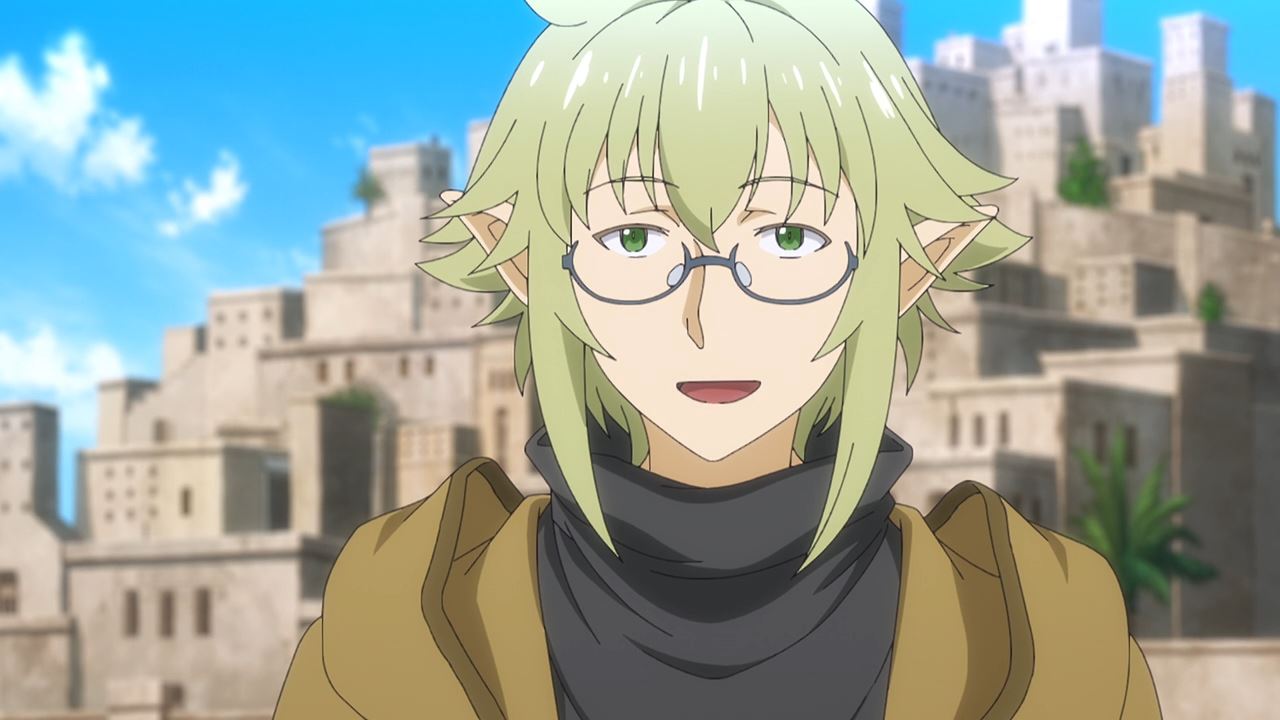 Anyways, looks like Carcy Held got his sand worm thanks to Arc and Ariane. As for their reward, he gave them a map where the empire is located as well as a book of monster studies.

Now while the map is useful in finding the Holy Revlon Empire, I’m hoping that the book will be handy when it comes to identifying monsters. 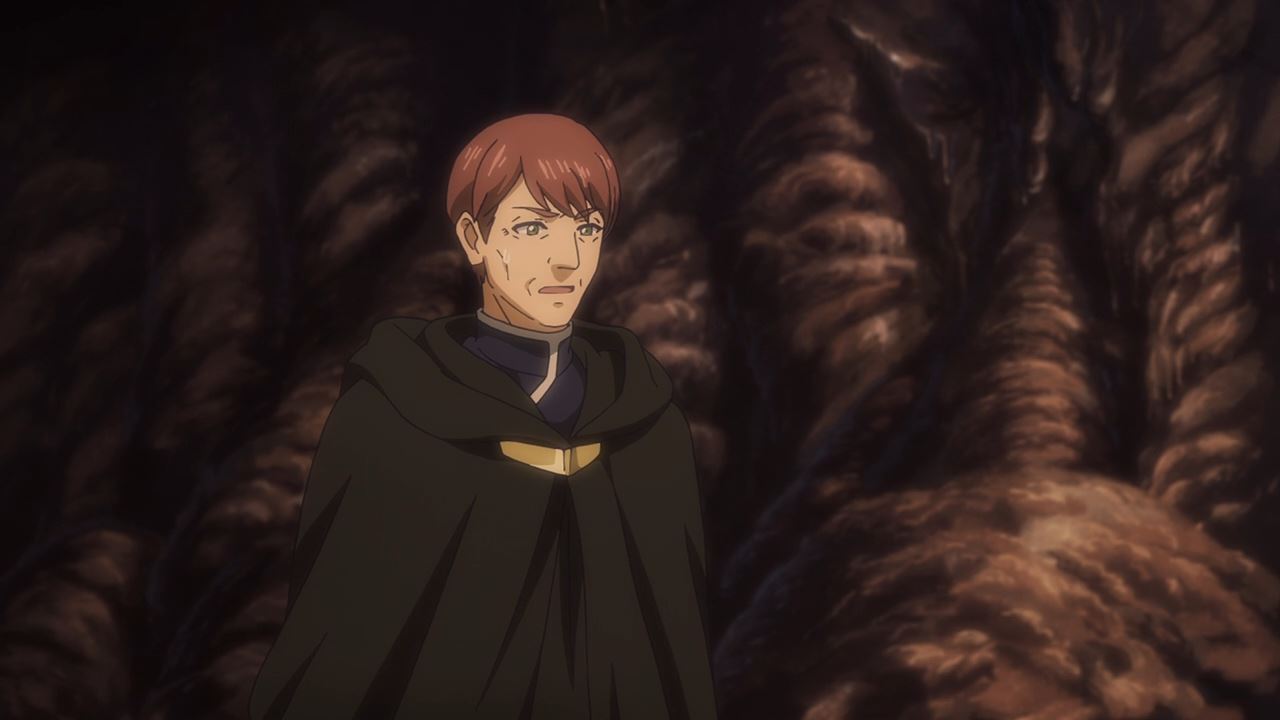 Speaking of the Holy Revlon Empire, one of their emissaries asked a certain person for assistance as they worried of a potential invasion by the Rhoden Kingdom. 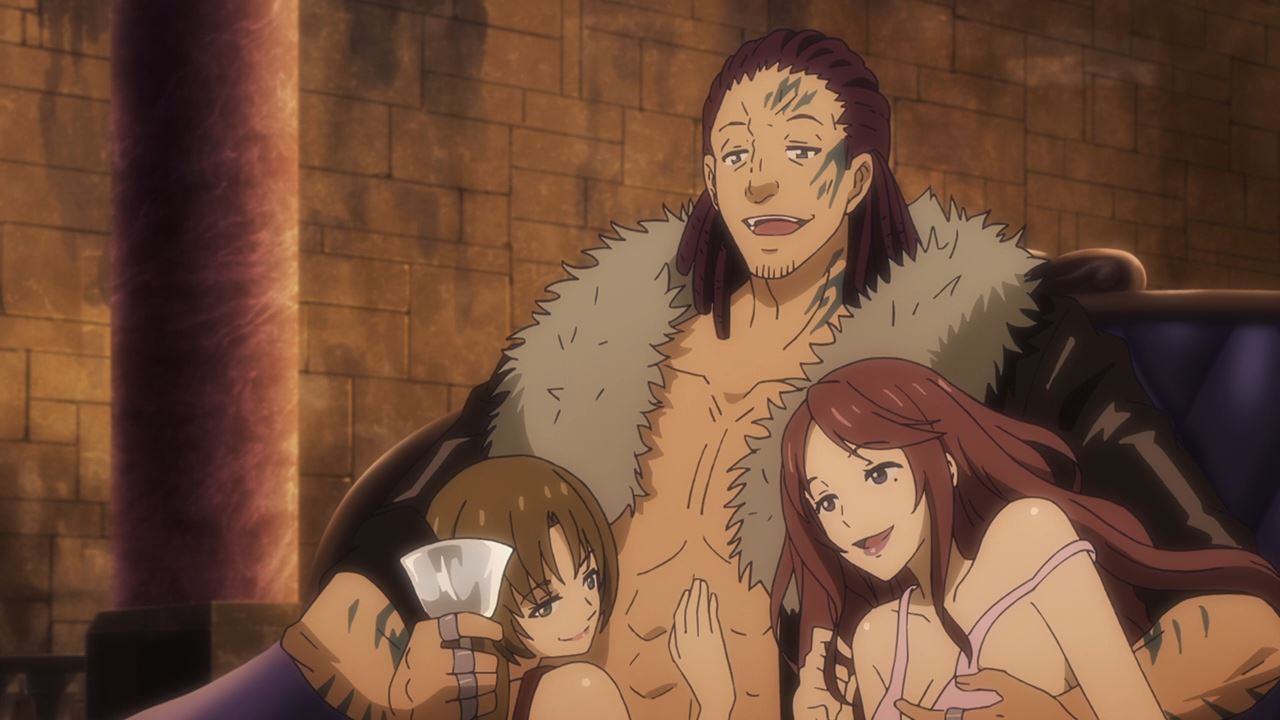 Said person happened to be the lecherous Fumba Soodu Rozombanya where this beast tamer enjoys his time fondling his girls. I think this guy doesn’t look like a threat. 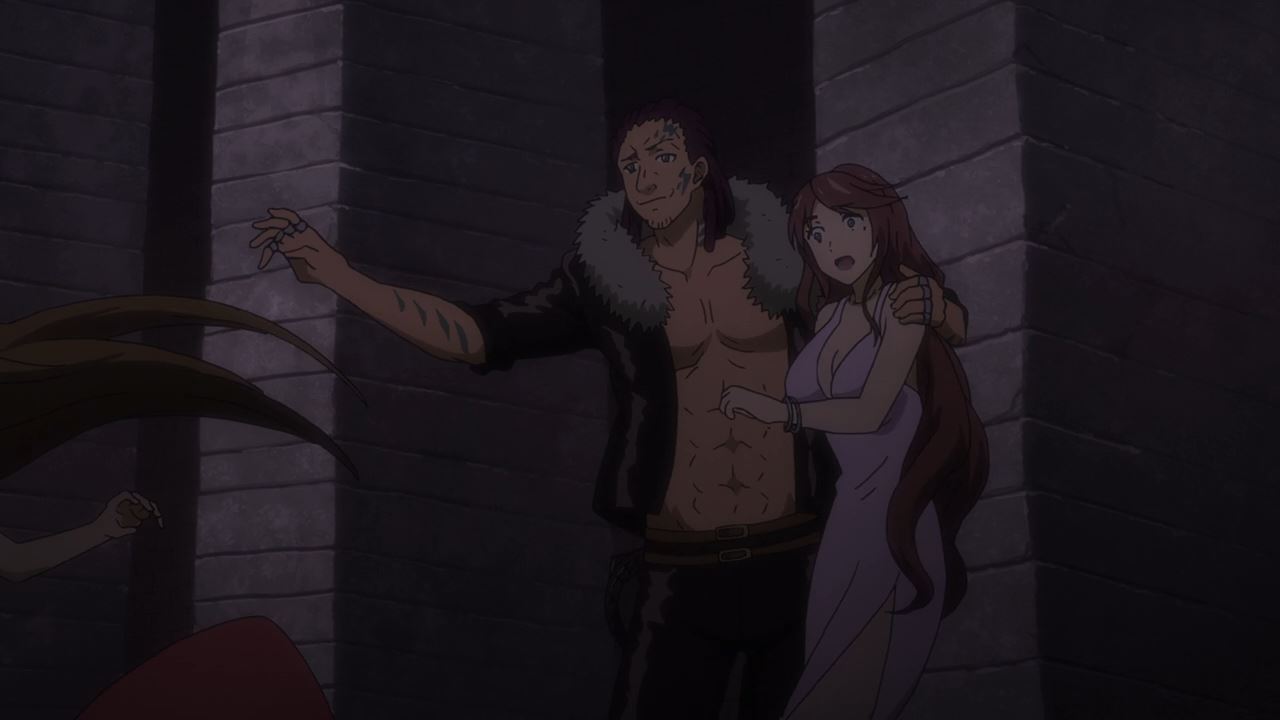 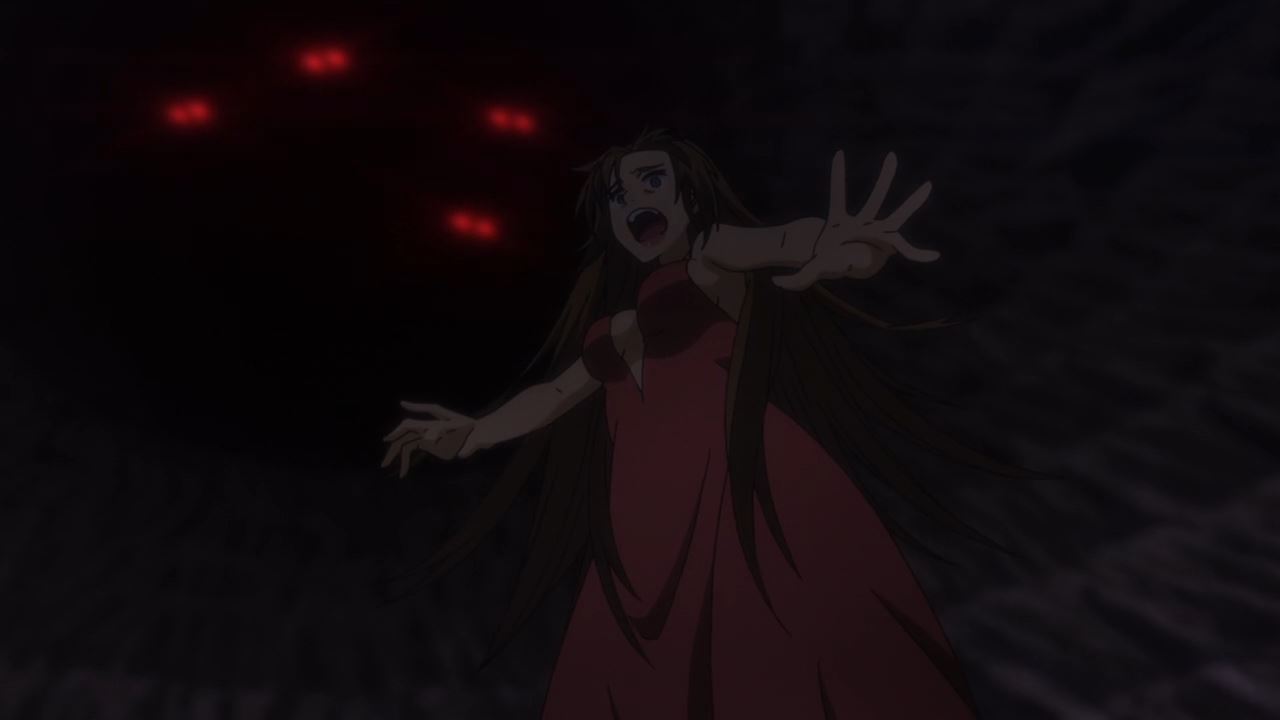 Well, that’s until Fumba pushed one of his bitches to the monster pit where she’ll be sacrificed to create those mind control rings.

Okay, looks like I’m convinced that Fumba is a threat after all as Arc will have to deal with this asshole in the last two episodes. With that said, I’ll see you next time!