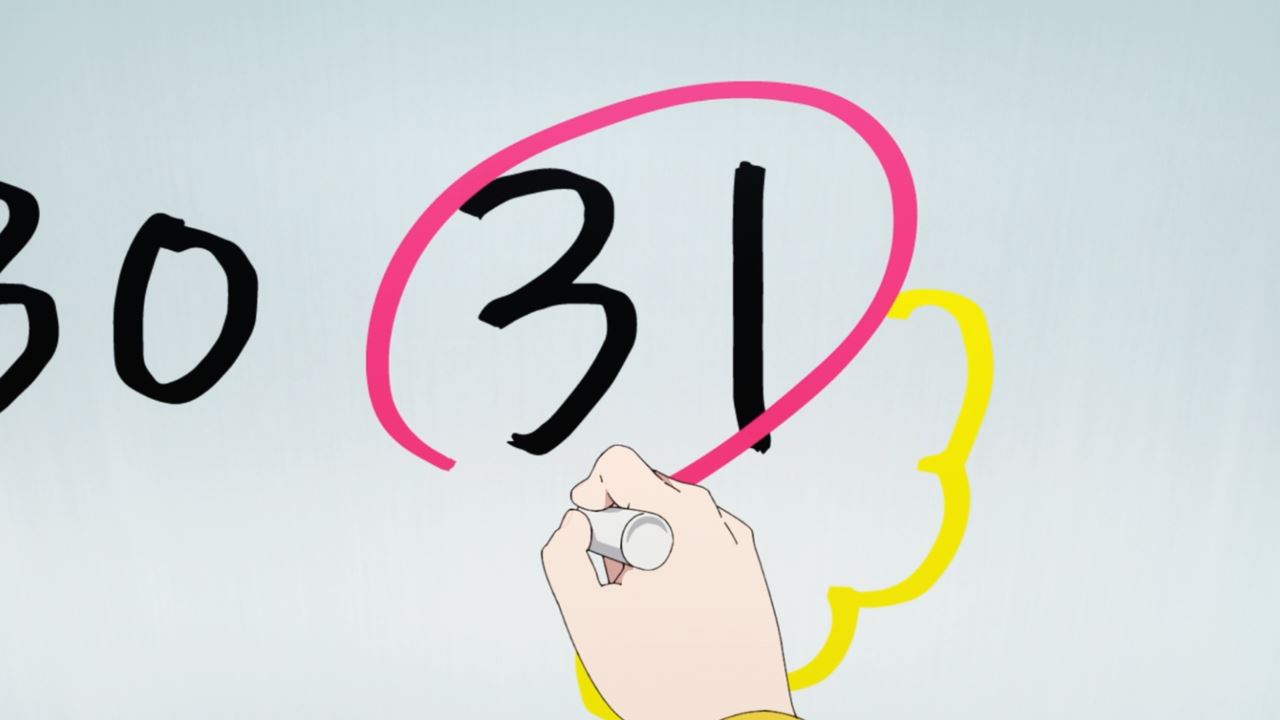 Well everyone, the date for Nijigasaki High School Idol Club’s first live concert will be held on December 31. I wonder if they’ll have the same atmosphere as the Countdown Live?

Still, it’s nice that they’ll hold a concert in New Year’s Eve. However, some of the members are dealing their own challenges. 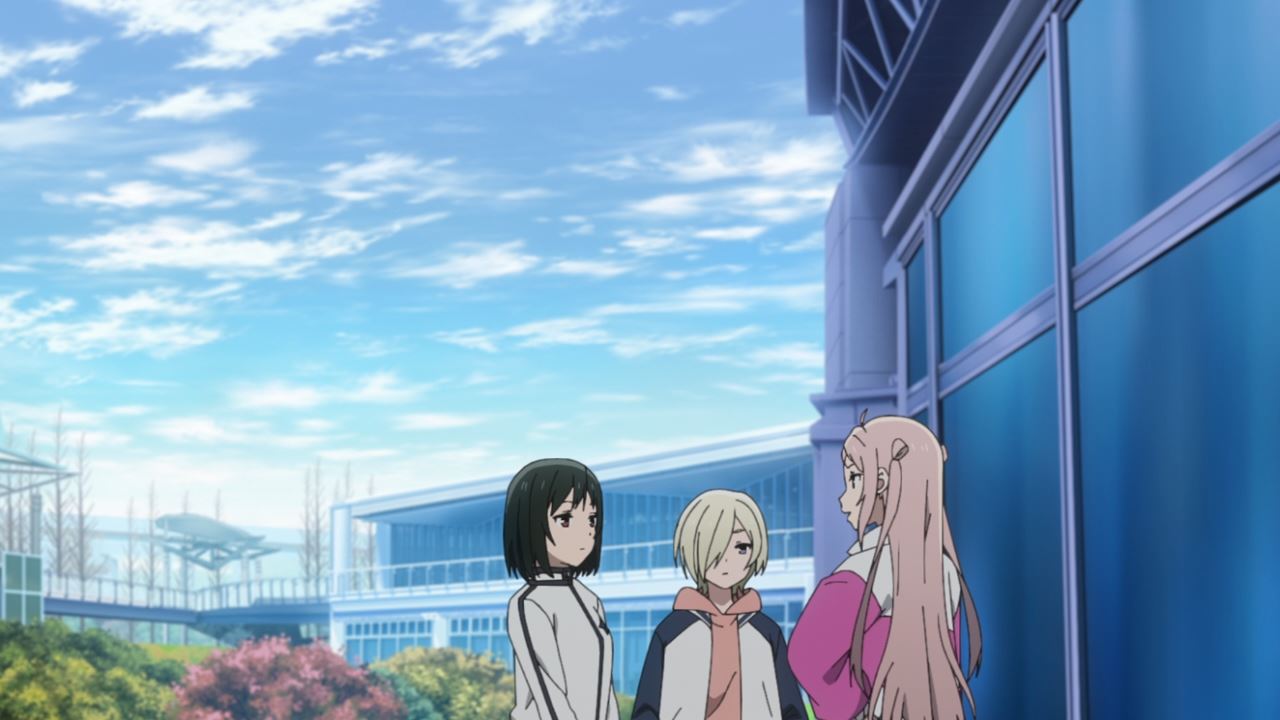 By the way, since Shioriko Mifune, Mia Taylor, and Lanzhu Zhong are now official members of the school idol club, I wonder if they’re gonna have their own sub-unit where they’ll perform on the final episode? 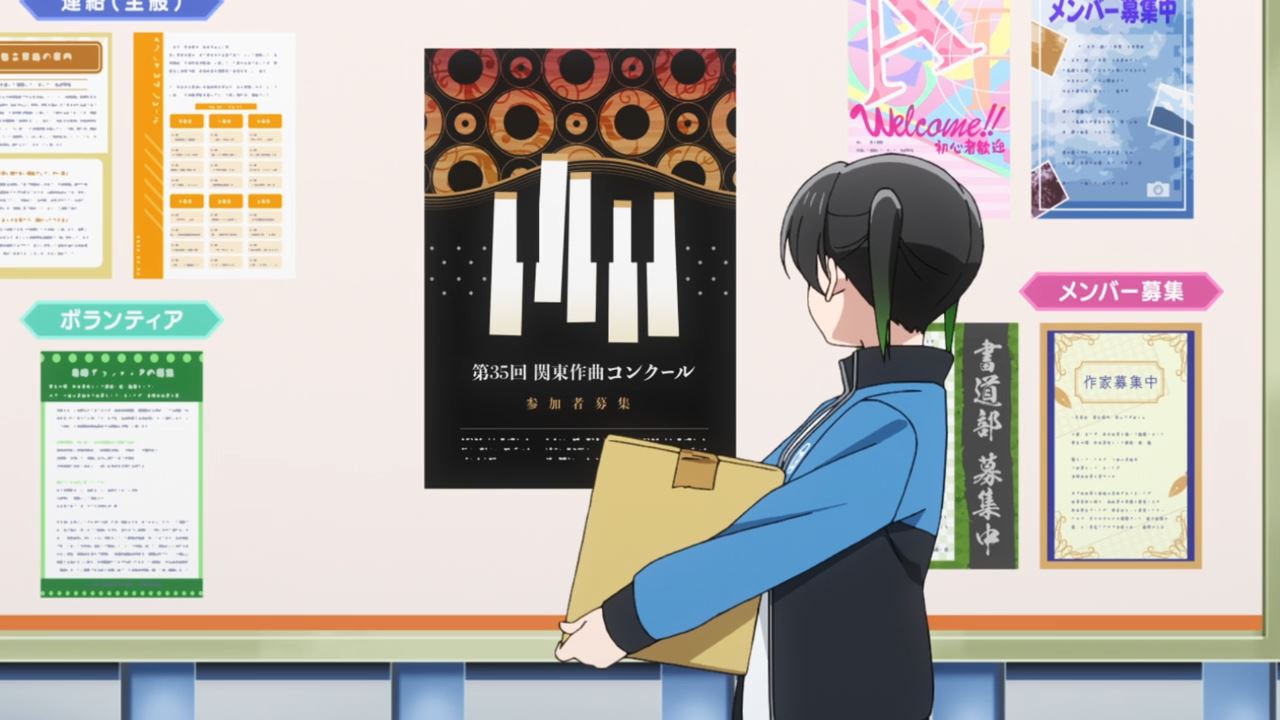 Now then, let’s begin with Yu Takasaki where she’s contemplating on whether to join the composition contest or help the school idol club to hold their first concert.

While she might be interested in joining the competition, I’m worried that there will be a schedule conflict. 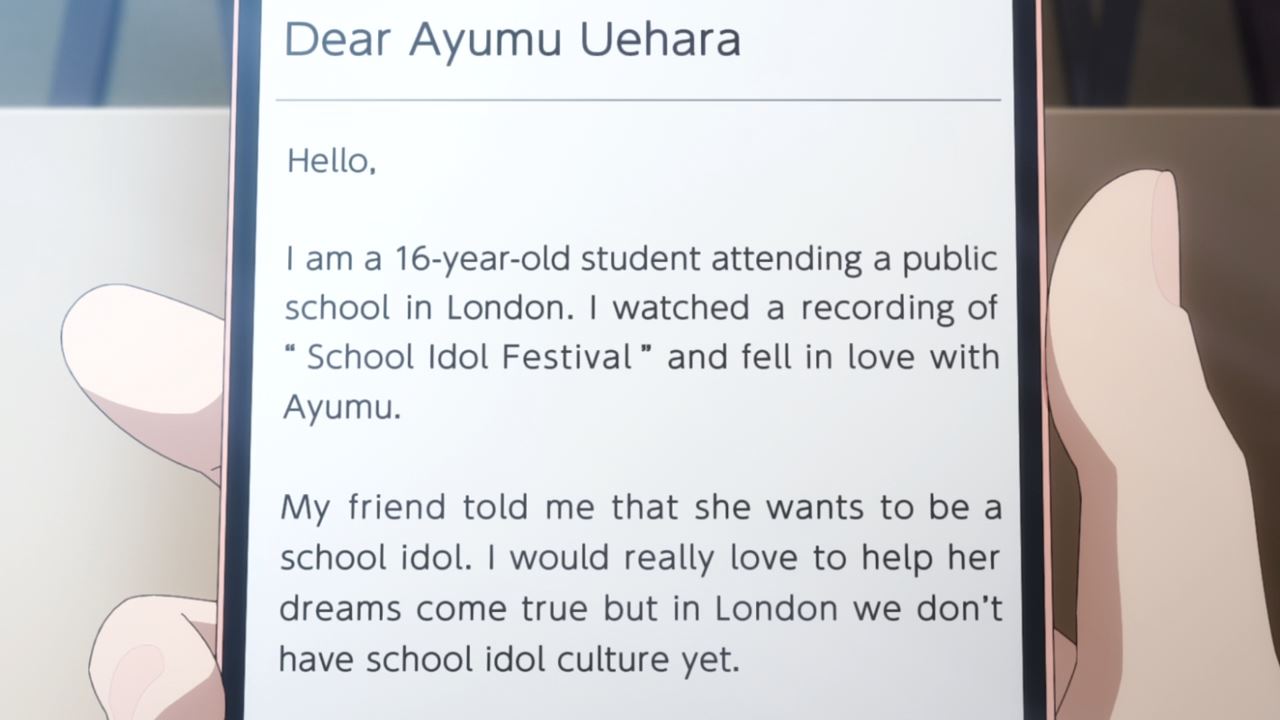 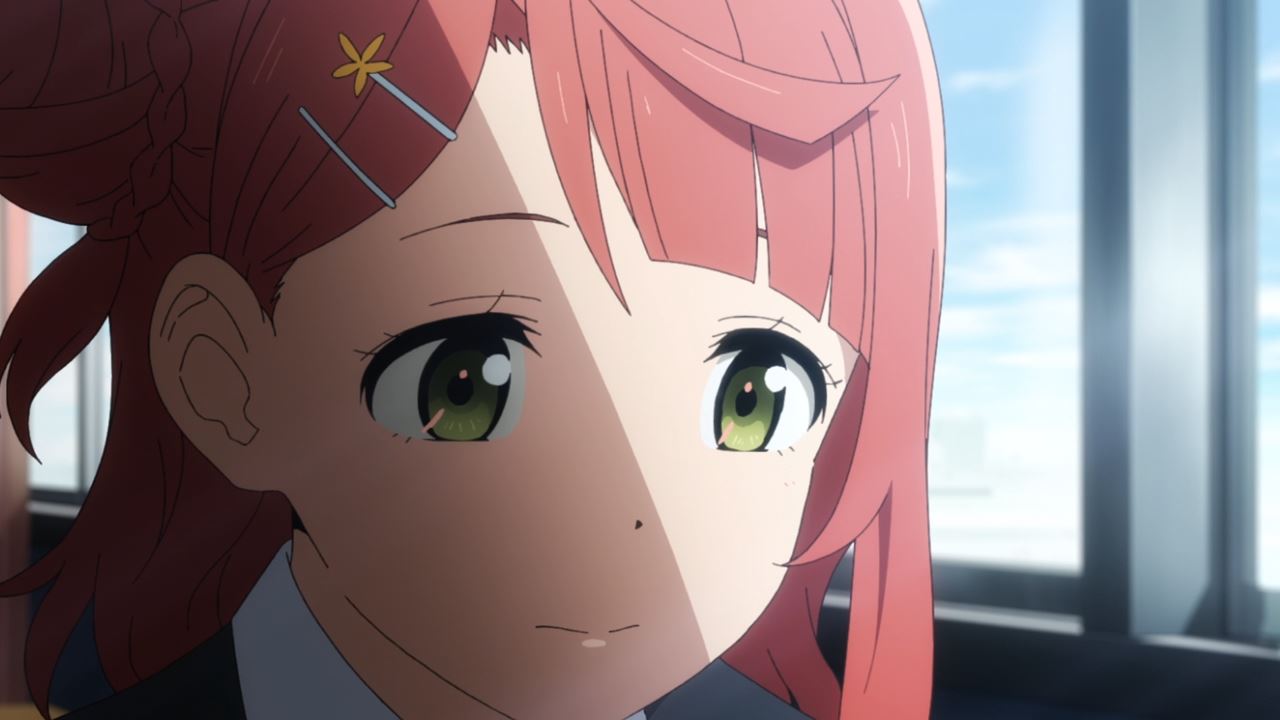 Meanwhile, looks like Ayumu Uehara received an email from a fan in the United Kingdom. Wow, can’t believe that Ayumu has overseas fans but something’s bothering her recently. 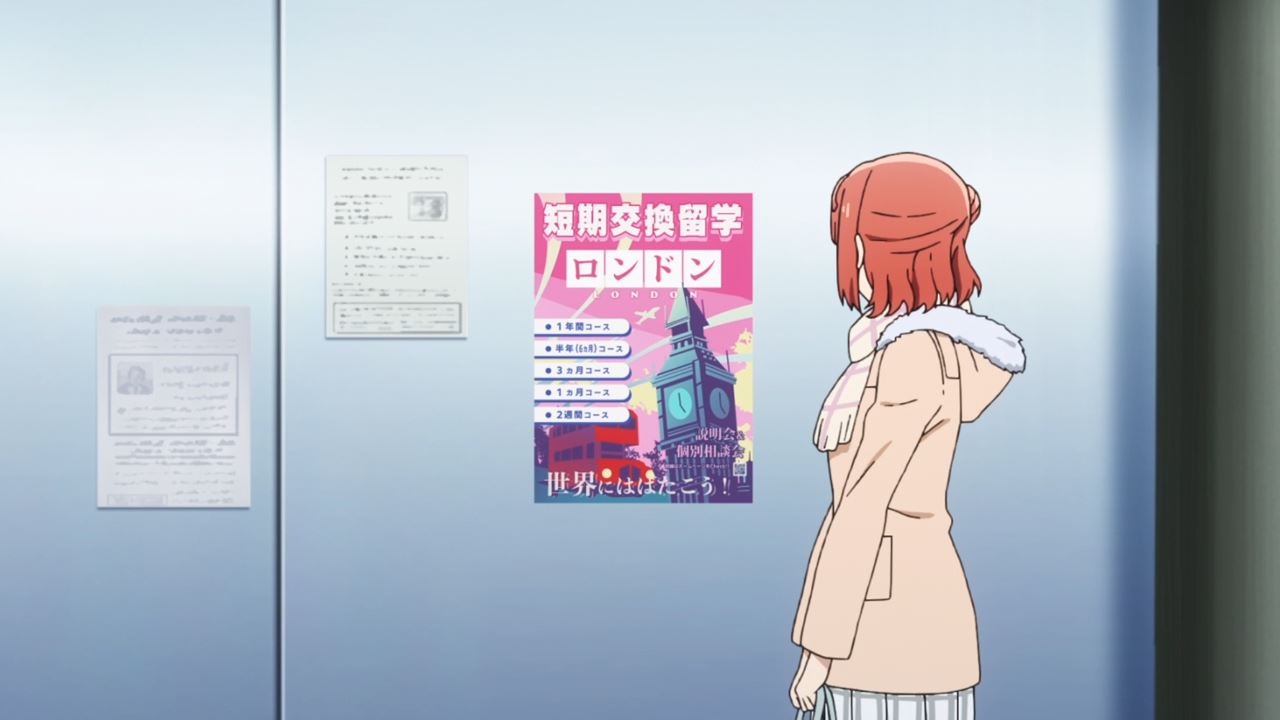 In fact, Uehara saw a poster where it promotes a short-term student exchange program in London. Don’t tell me that Ayumu is planning to study abroad much like how Kotori Minami plans to do back in Love Live! Season 1? 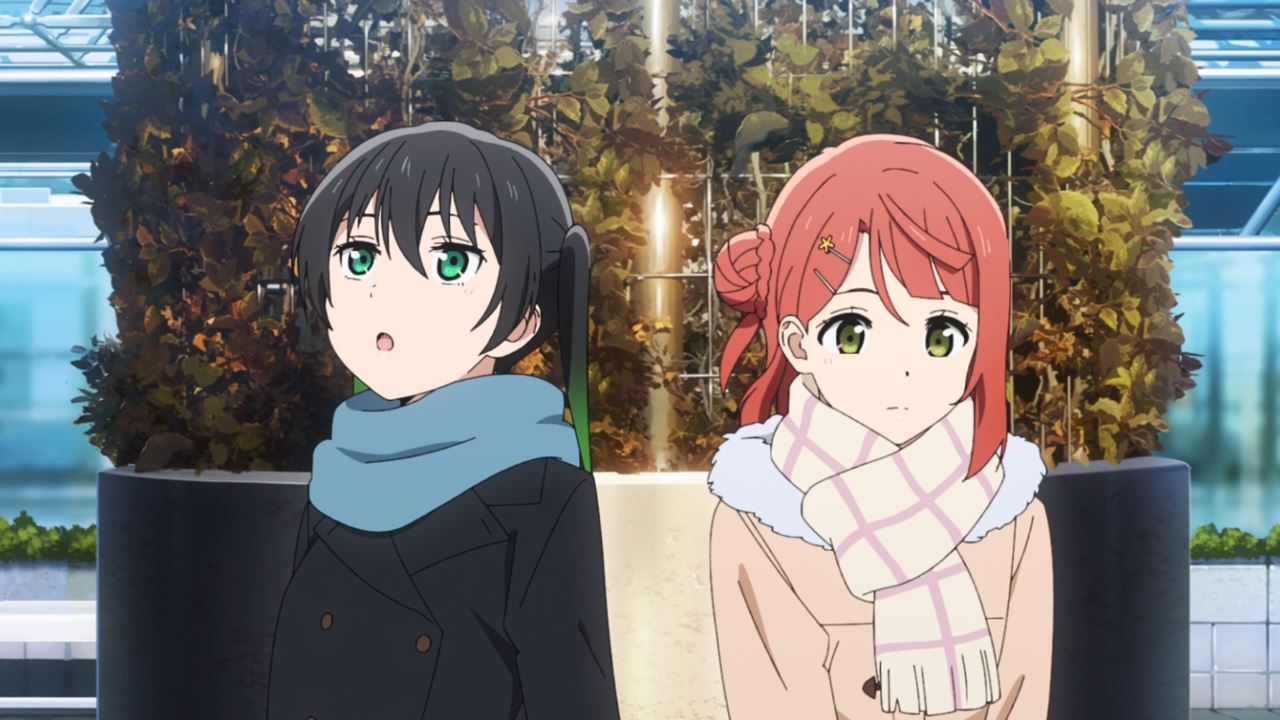 Regardless, both Yu Takasaki and Ayumu Uehara are thinking about their future. For Yu-chan, she might skip the composition contest as she just started composing music for the school idol club.

But for Ayumu however, she’s worried that being a school idol outside Japan is pretty weird, especially from Western countries who are starting to embrace the Japanese idol group culture. 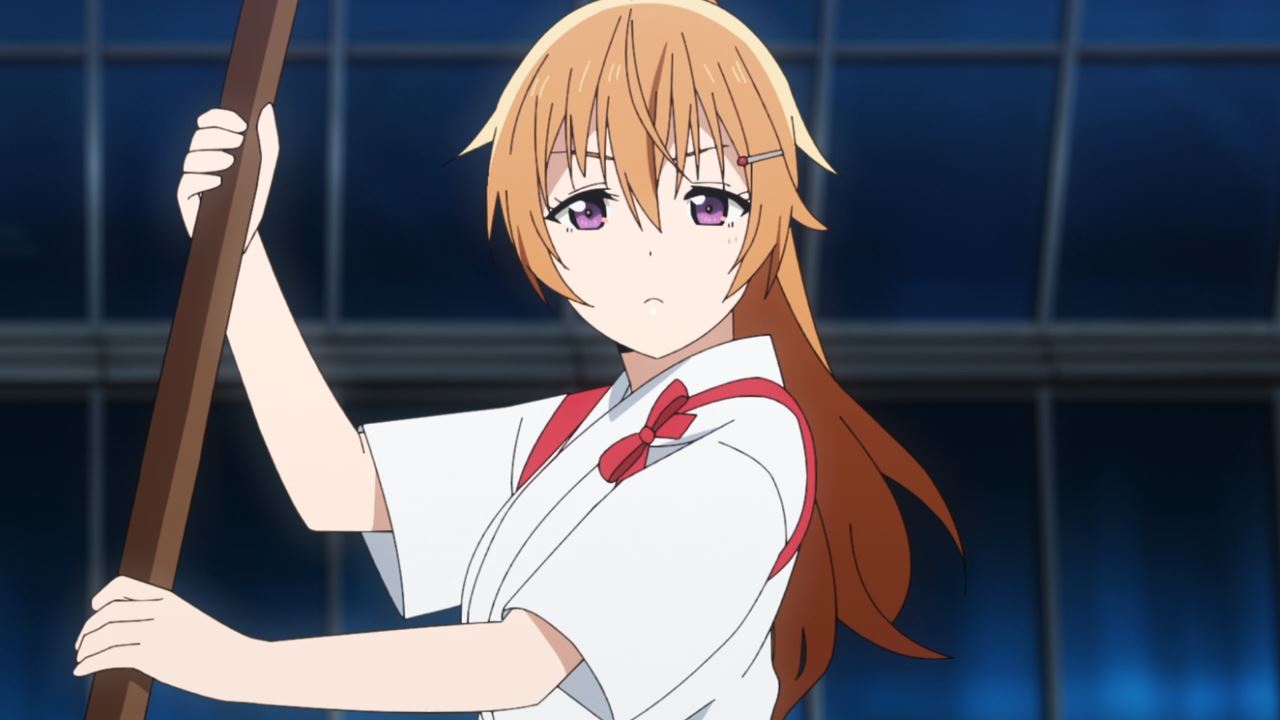 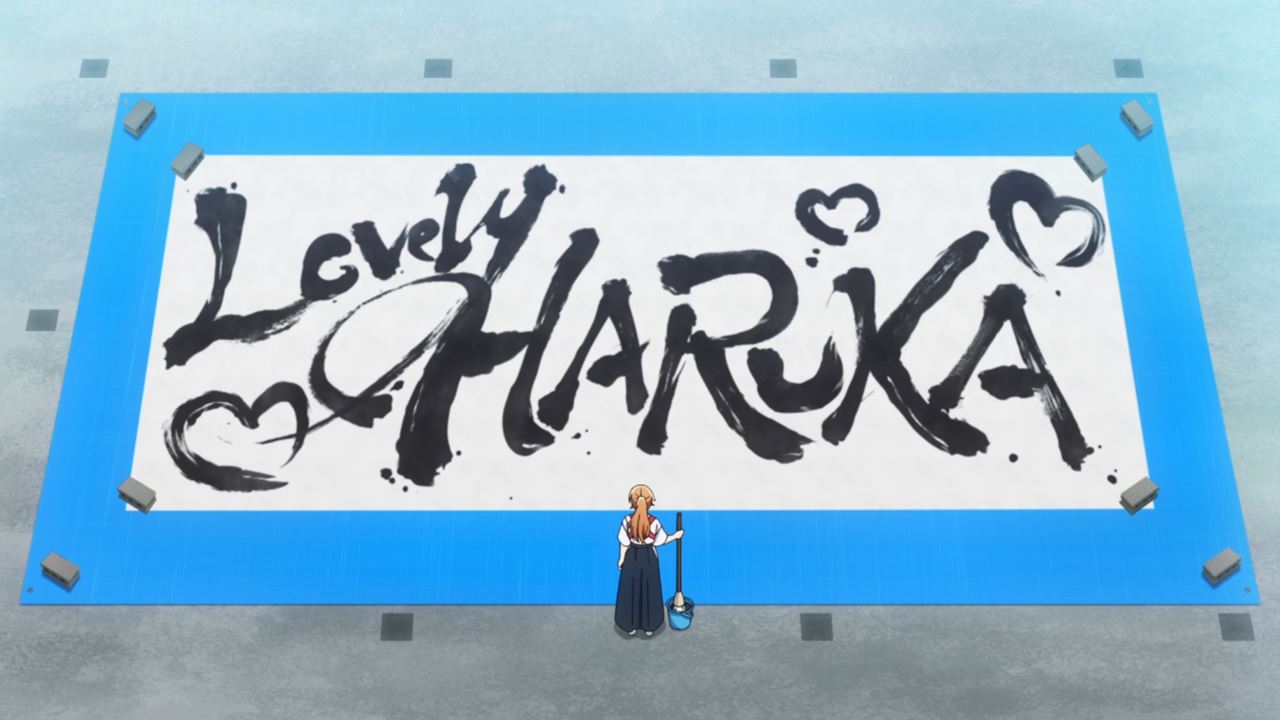 One last thing, here’s Kanata Konoe where she’s making a banner in support of her sister Haruka as Shinonome Institute’s school idol club will compete in the Love Live! preliminaries. 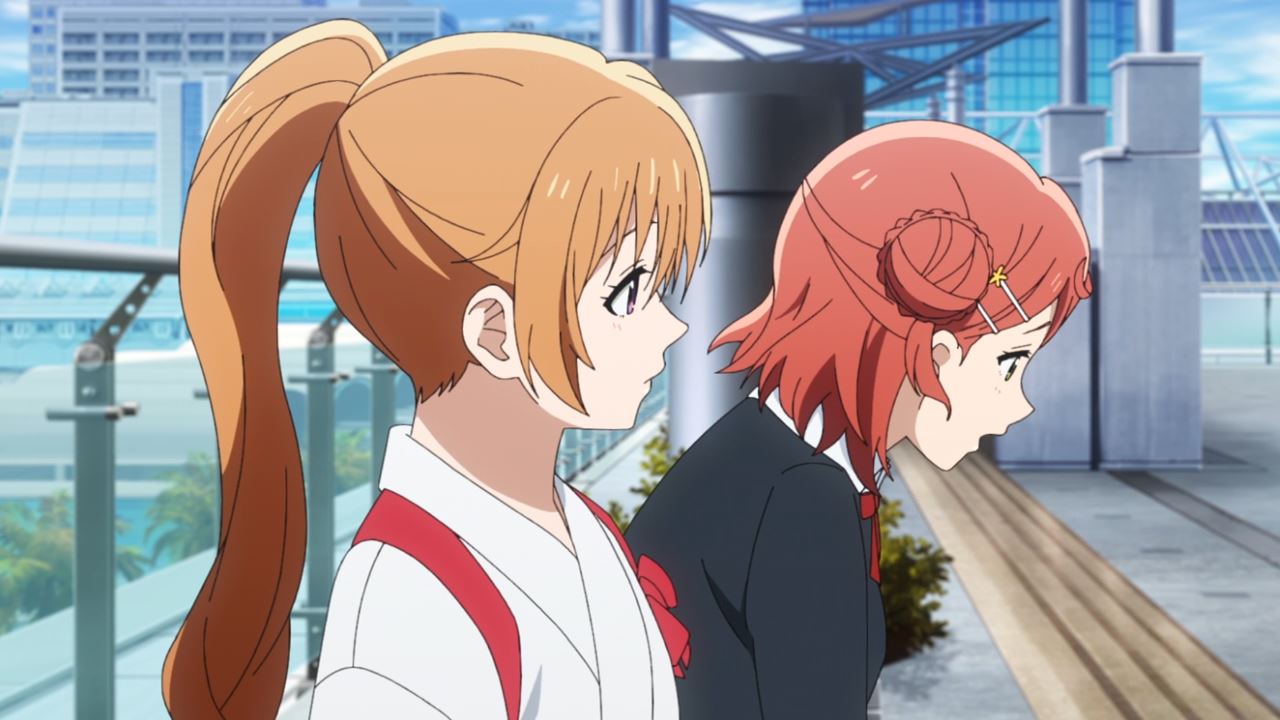 Oh yeah, seems that Kanata lend her ear on Ayumu where she’s worried that she won’t see Yu-chan most of the time upon taking the student exchange program.

You know what, I think Ayumu and Yu-chan should talk about it right after Kanata finishes her banner for her sister Haruka. Then again, how will she show it when the preliminaries won’t have any in-person attendance? 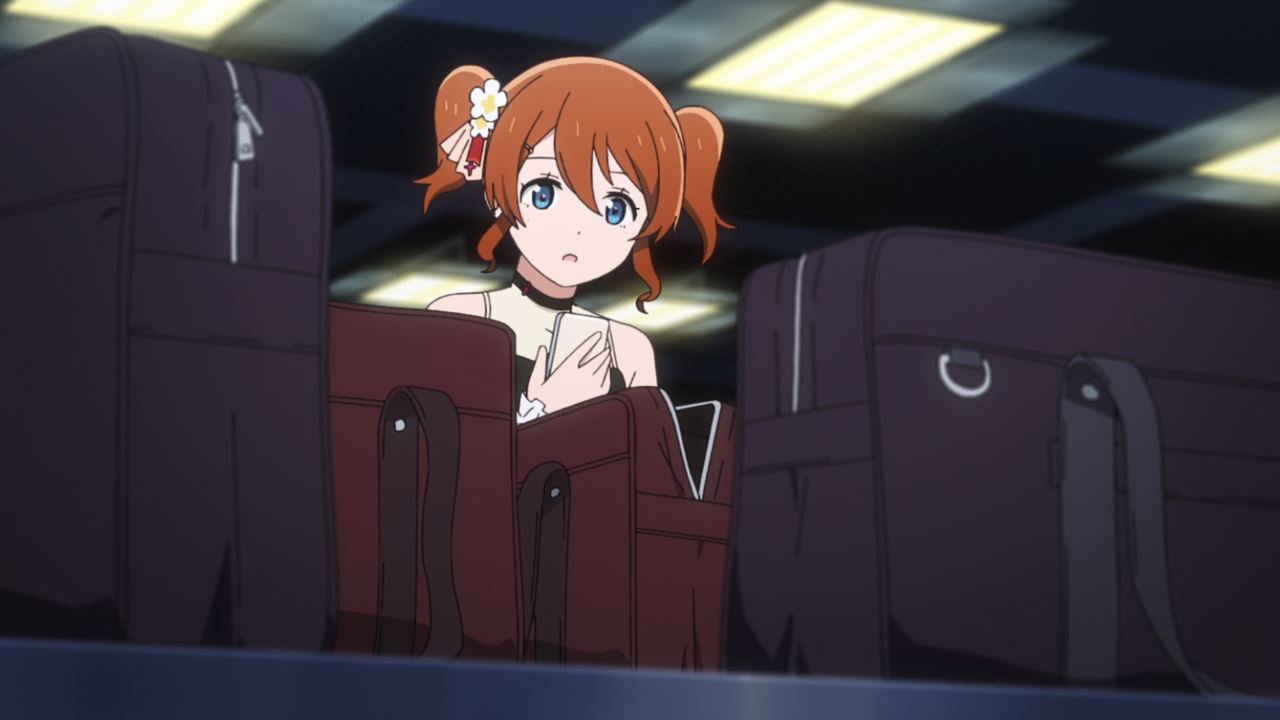 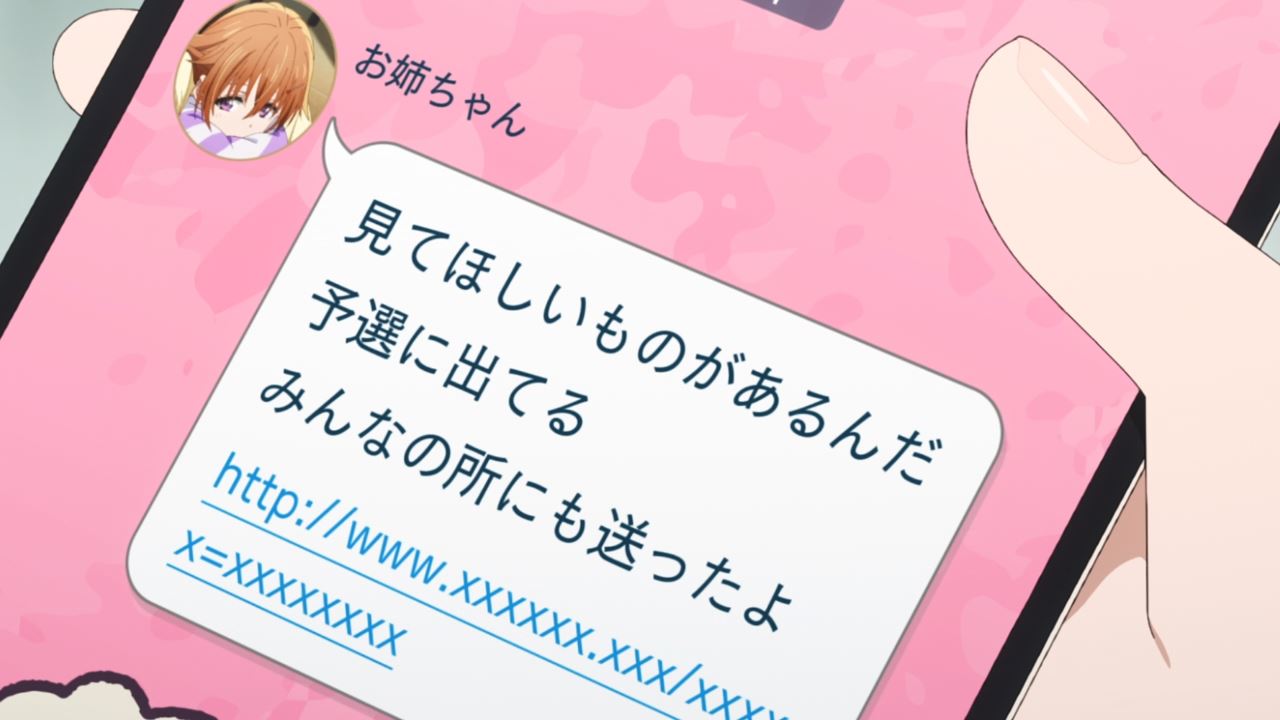 Well, by streaming it online as Haruka and her clubmates received a link from Kanata. I’m hoping that the stream link is safe. 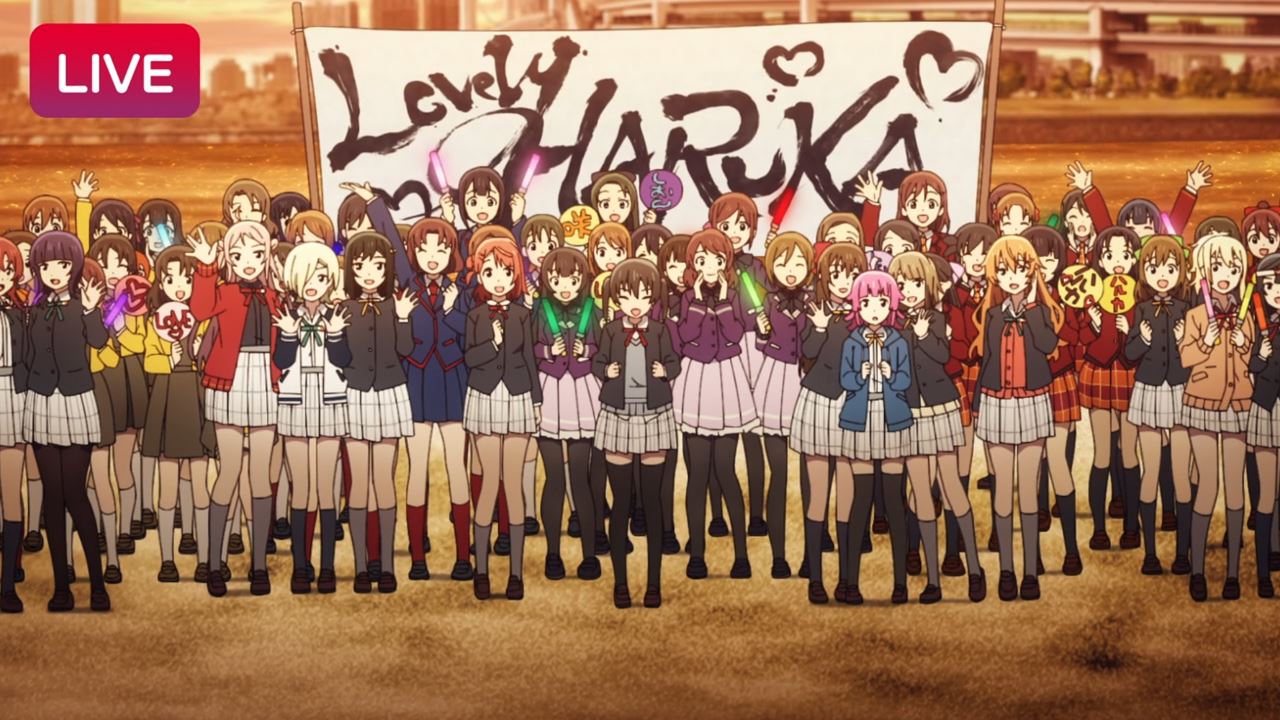 Fortunately, it’s safe to open as Kanata Konoe showed her large banner to her sister. Of course, it’s not just Kanata who’s cheering on Shinonome Institute as various schools are cheering their respective school idol clubs. 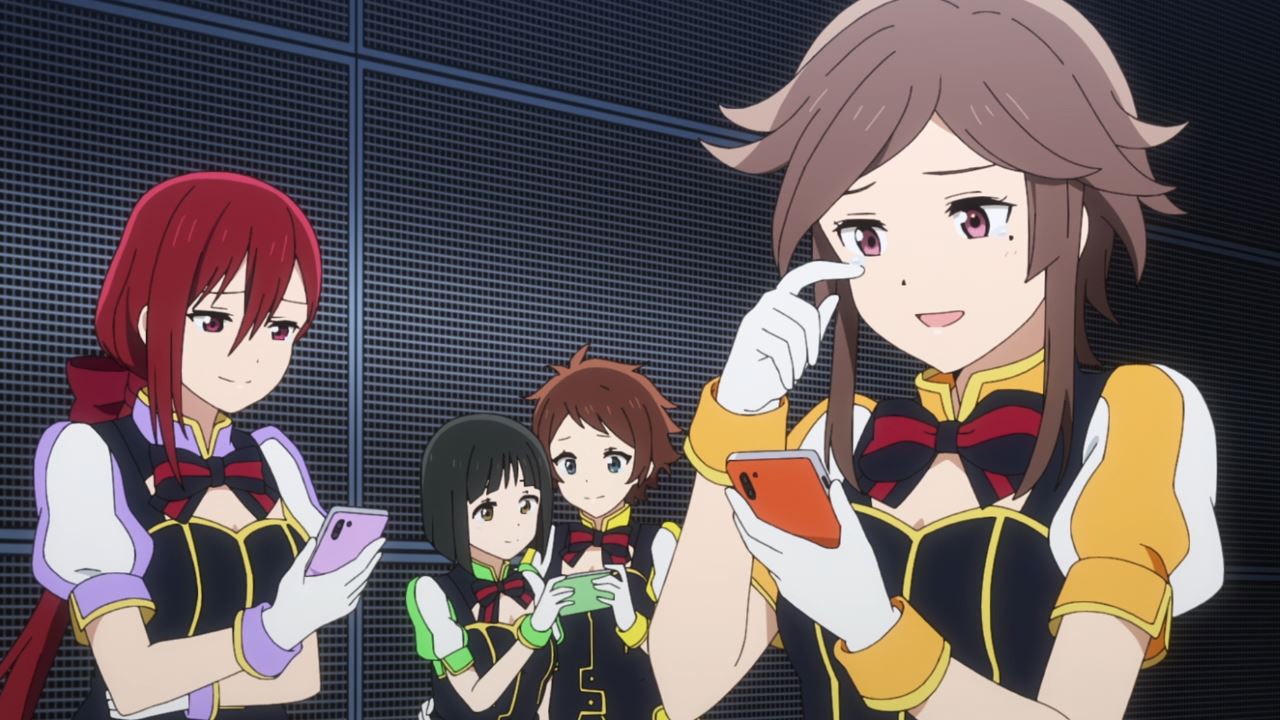 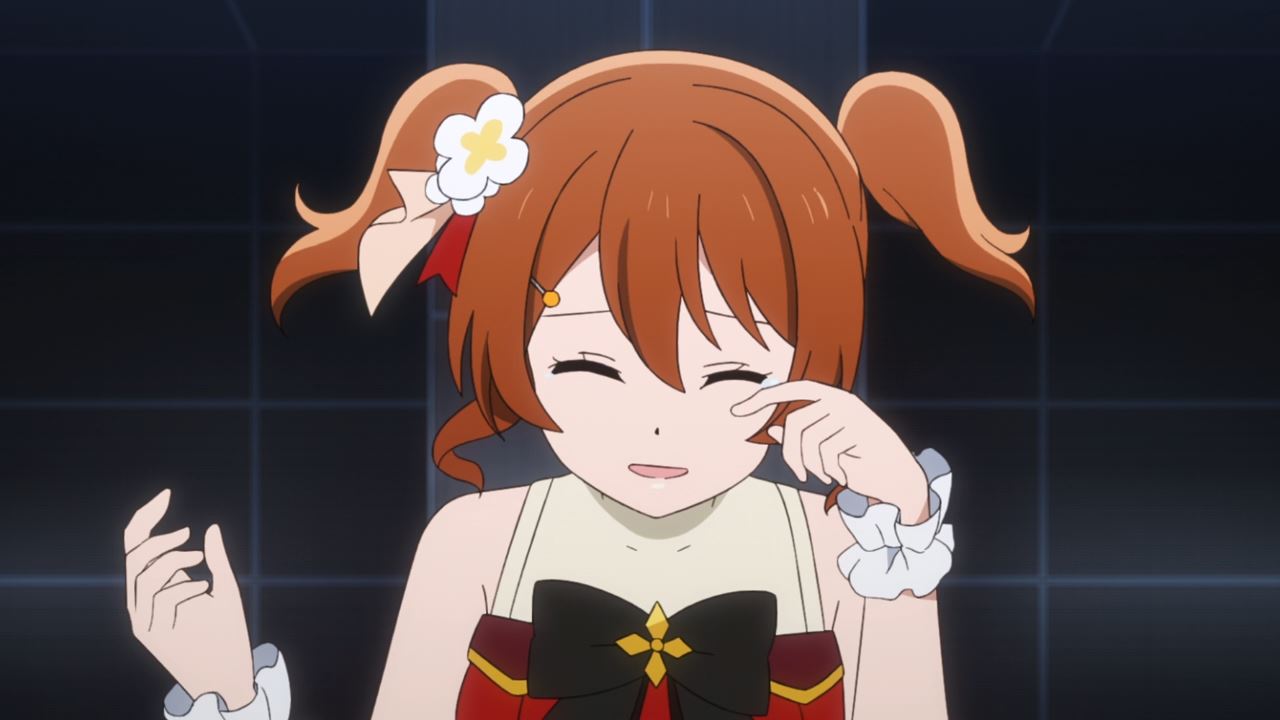 For the participants, they’re really happy that they got some support from their fans even if they’re apart, especially Haruka Konoe where her older sister Kanata is cheering her on. 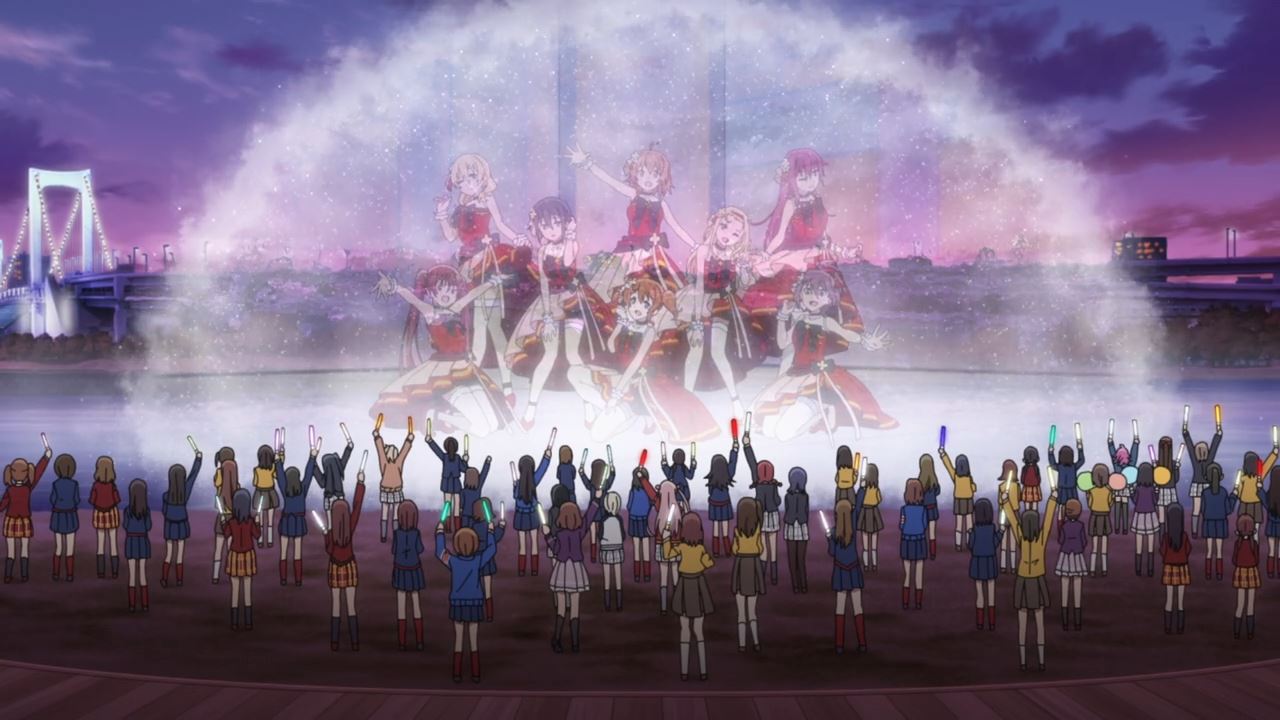 In any case, the Love Live! preliminaries went underway as students watch their favorite school idol groups perform at this amazing water projector. We’re really are in the future, huh? 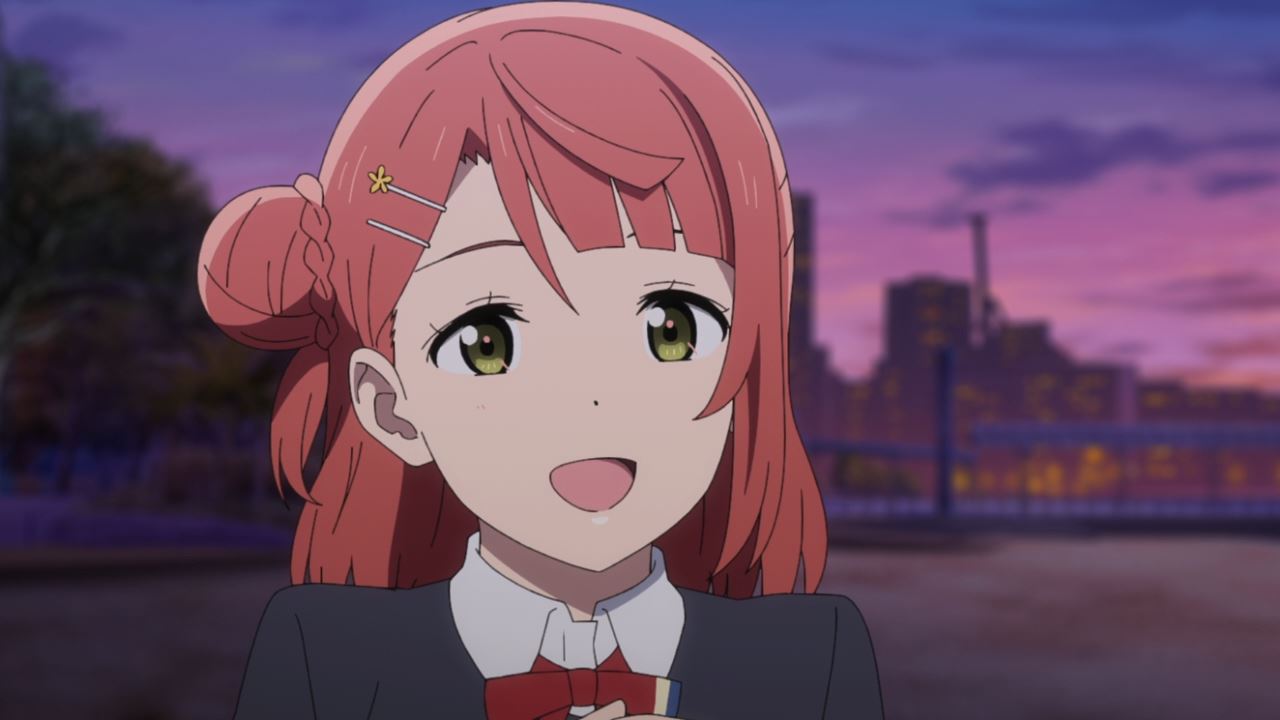 Now then, here’s Ayumu Uehara where she decided to take the student exchange program. Of course, she’s not gonna study abroad as Ayumu will tell everyone how amazing school idols are. 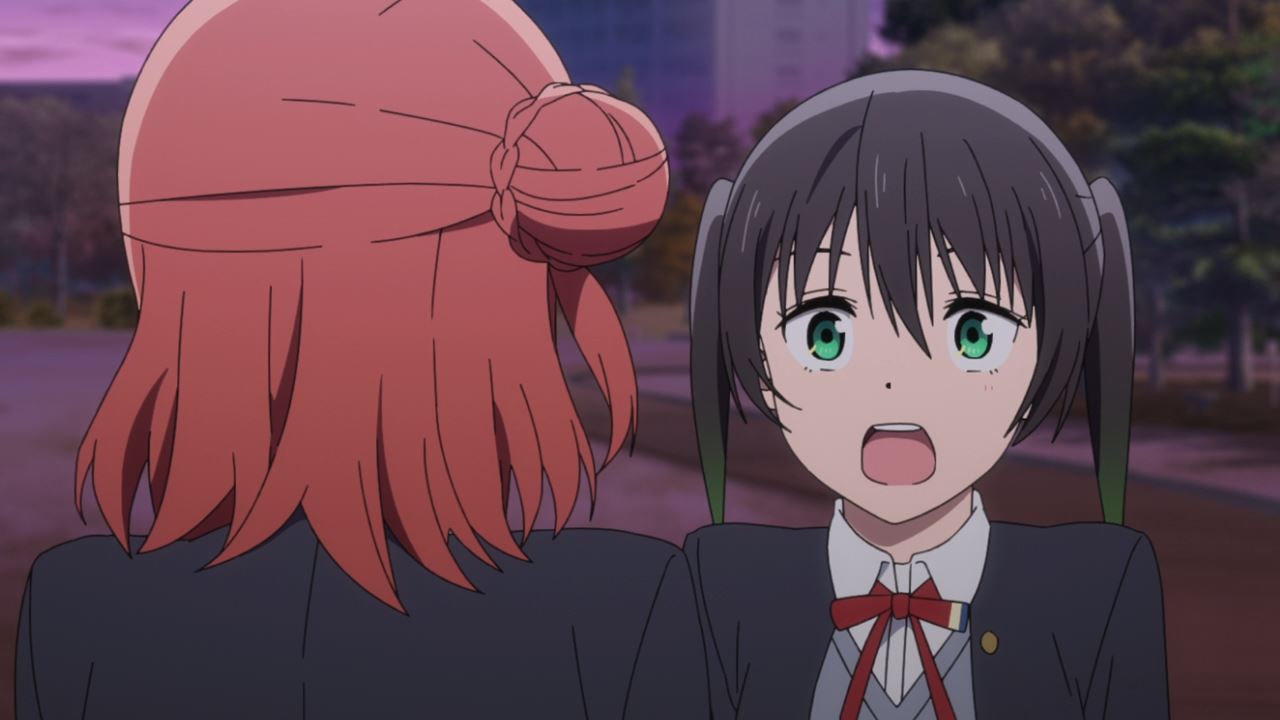 For Yu Takasaki, that was quite a surprising response from her childhood friend. Looks like Yu-chan will have to take the composition contest to see how far she can go. 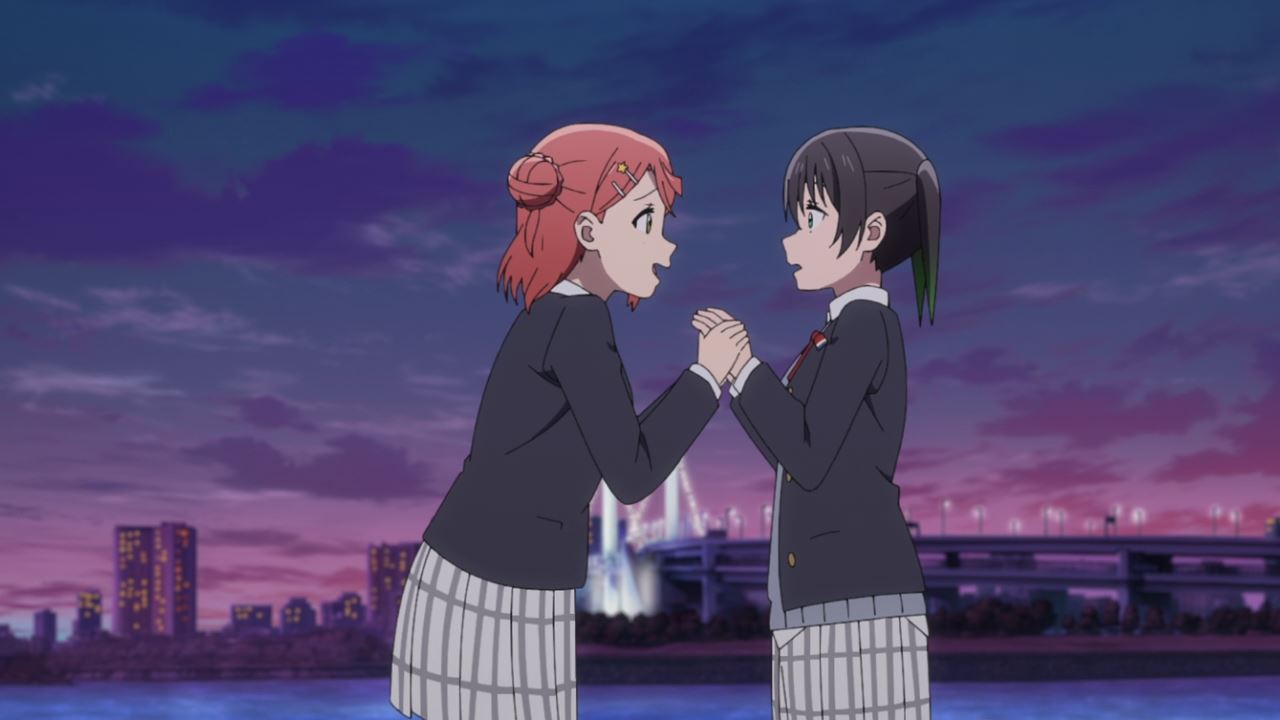 But anyways, I’m glad that they’re moving forward with their future plans as both Ayumu Uehara and Yu Takasaki will support each other no matter what. I have to give thanks to Kanata Konoe for giving the support they need to move forward. 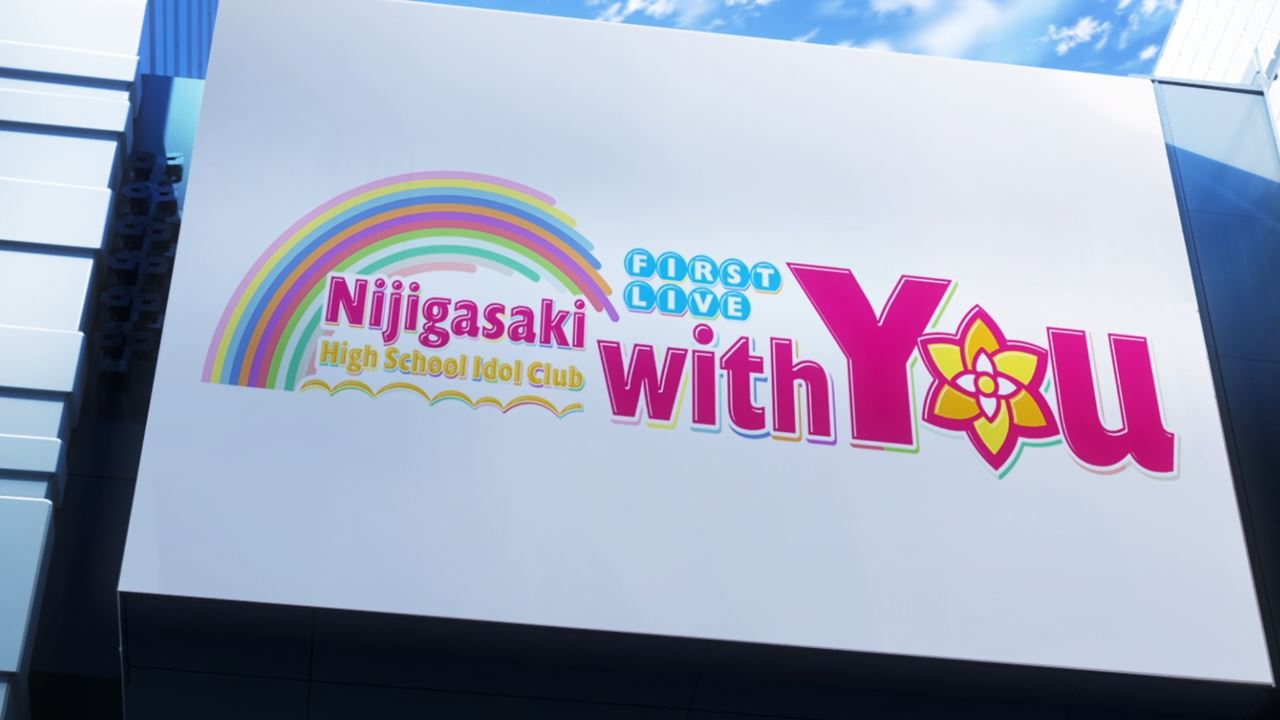 And now, let’s end this episode as the day of Nijigasaki High School Idol Club’s first live concert has arrived. Does it remind you of their first real-life concert back in 2019?

With that said, I’ll see you next time for the final episode!