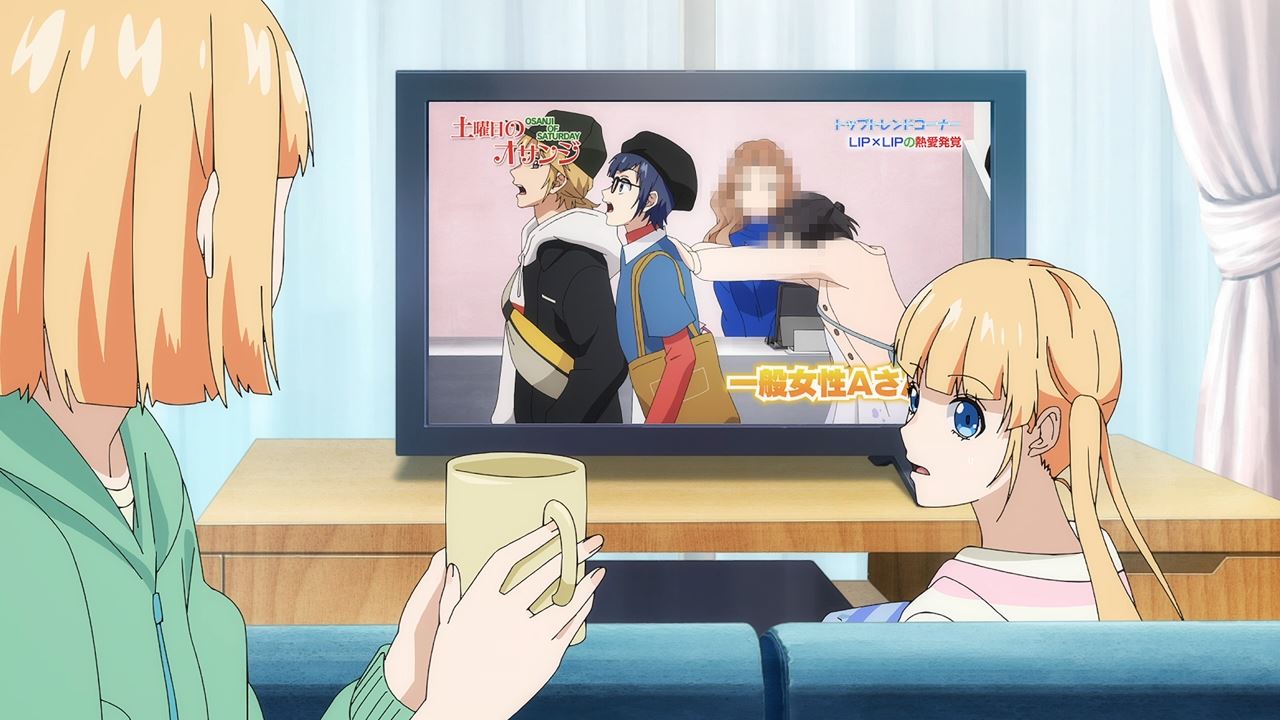 Oh boy, looks like the news surrounding LIP x LIP has gone mainstream where the likes of Sena and Mona Narumi saw it, yet the only thing that concerns me is the girl whose face got obscured.

You’ll find out the girl’s identity later but those who watched the previous episode knows who she is. 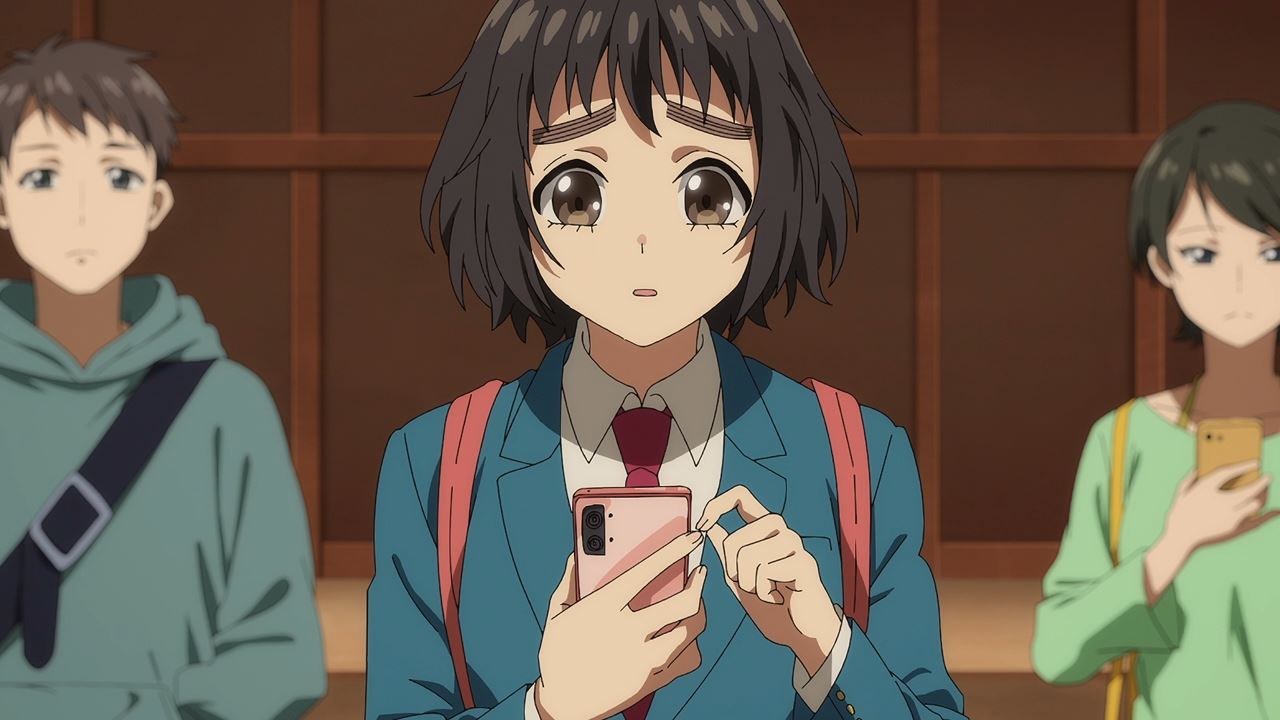 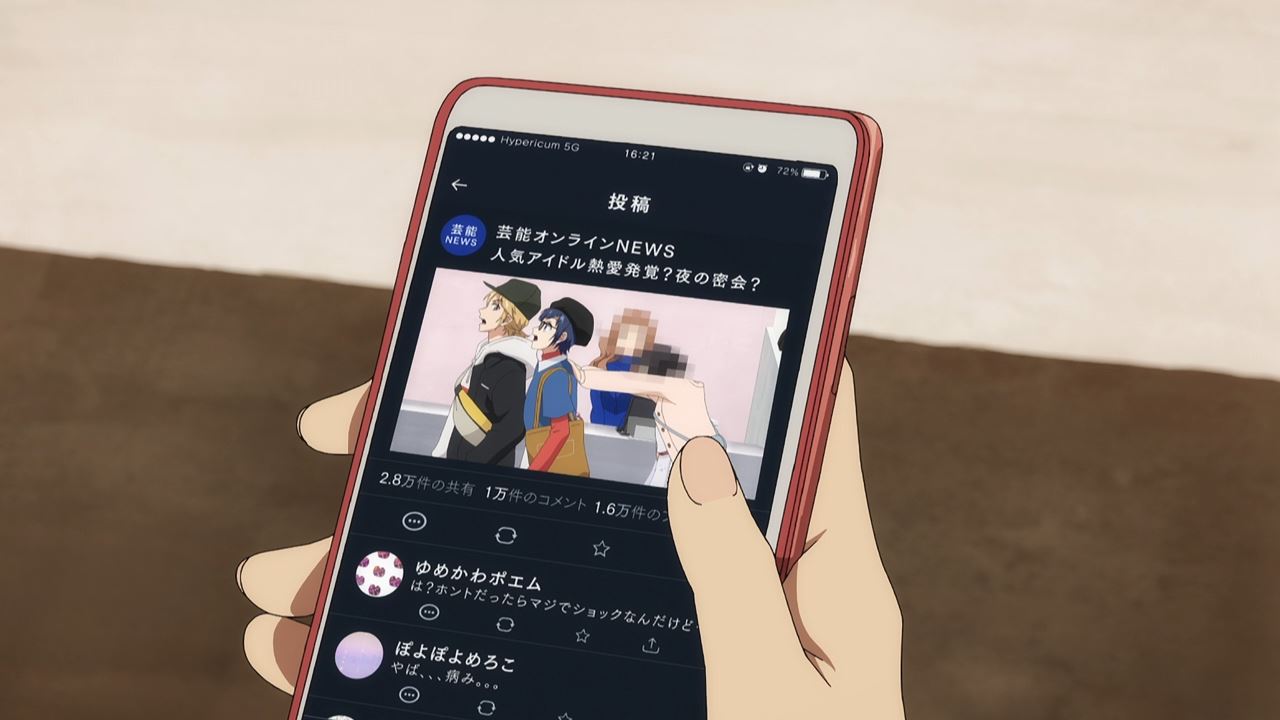 Anyways, here’s Hiyori Suzumi where she’s still being targeted by not only her own classmates, but the entire social media where she’s really hurt about it.

Geez, it’s not her fault but everyone wants to crucify her all because of a photo. 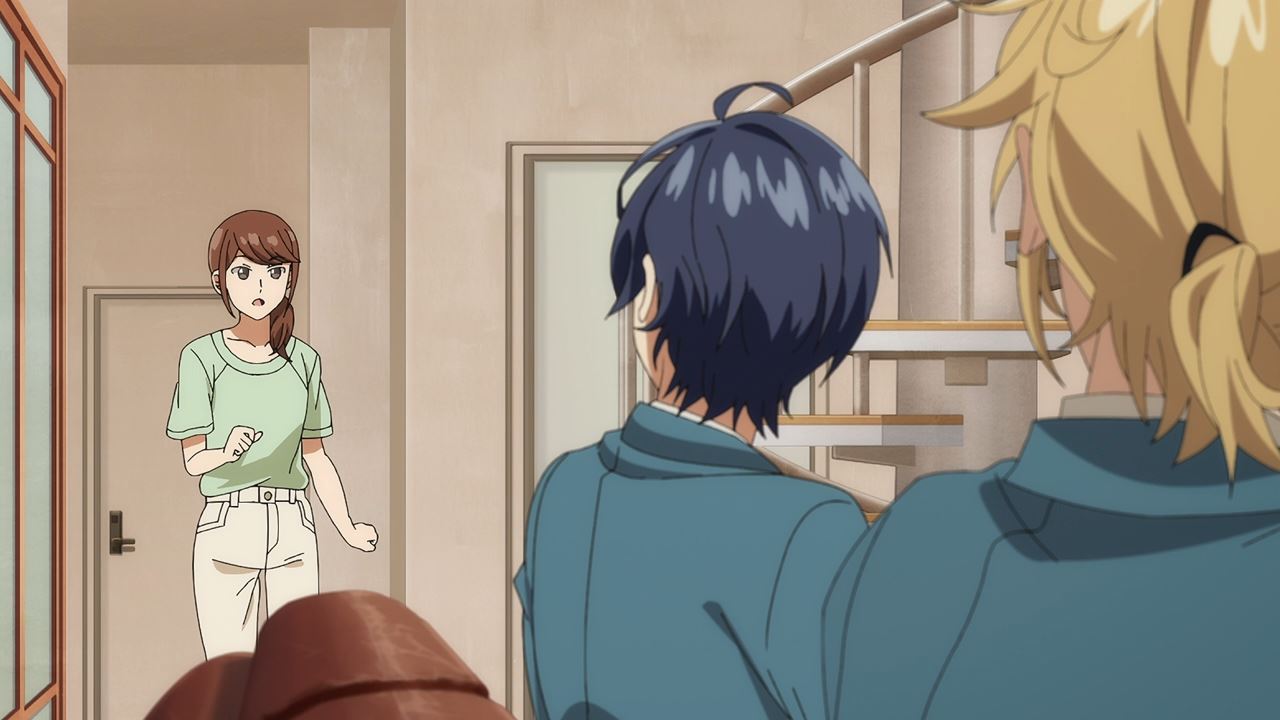 Now then, let’s return to Mebius Productions where Rei Tamura and Mayu Uchida are trying their best to calm the storm, while investigating the culprit behind the scandalous photo.

By the way, a guest has arrived to the office. I wonder if it’s the culprit? 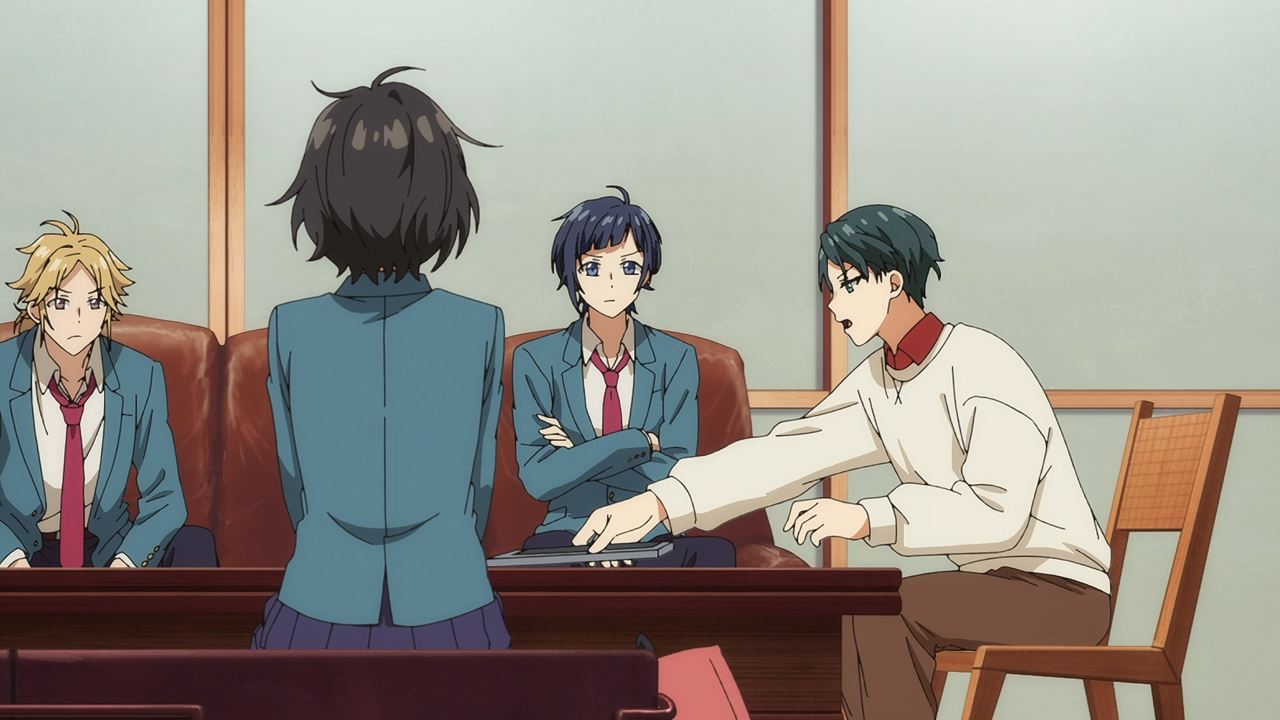 Well, it’s actually Yujiro Someya’s brother Koichiro where the kabuki actor in training wants to help his brother and Aizo in finding the culprit.

In fact, Koichiro believes that one of the culprit is a fan of LIP x LIP where that person got really mad over Hiyoko. 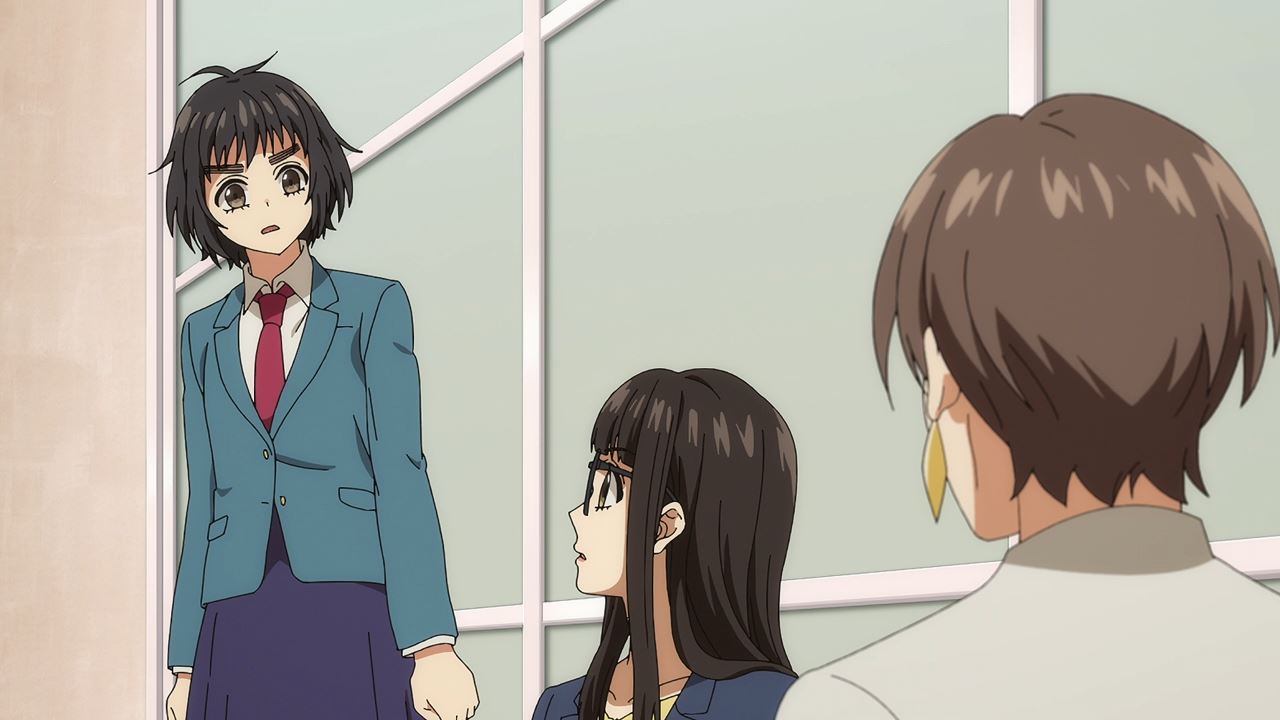 Of course, Hiyori Suzumi doesn’t want the agency to hunt down the perpetrator just because he/she is a fan. It would get even worse if they did that.

So, Hiyoko decides to quit as the manager-in-training and lay low until the scandal has subsided. Really Suzumi, are you gonna resign and let the perpetrator get away with it? That’s not gonna solve that! 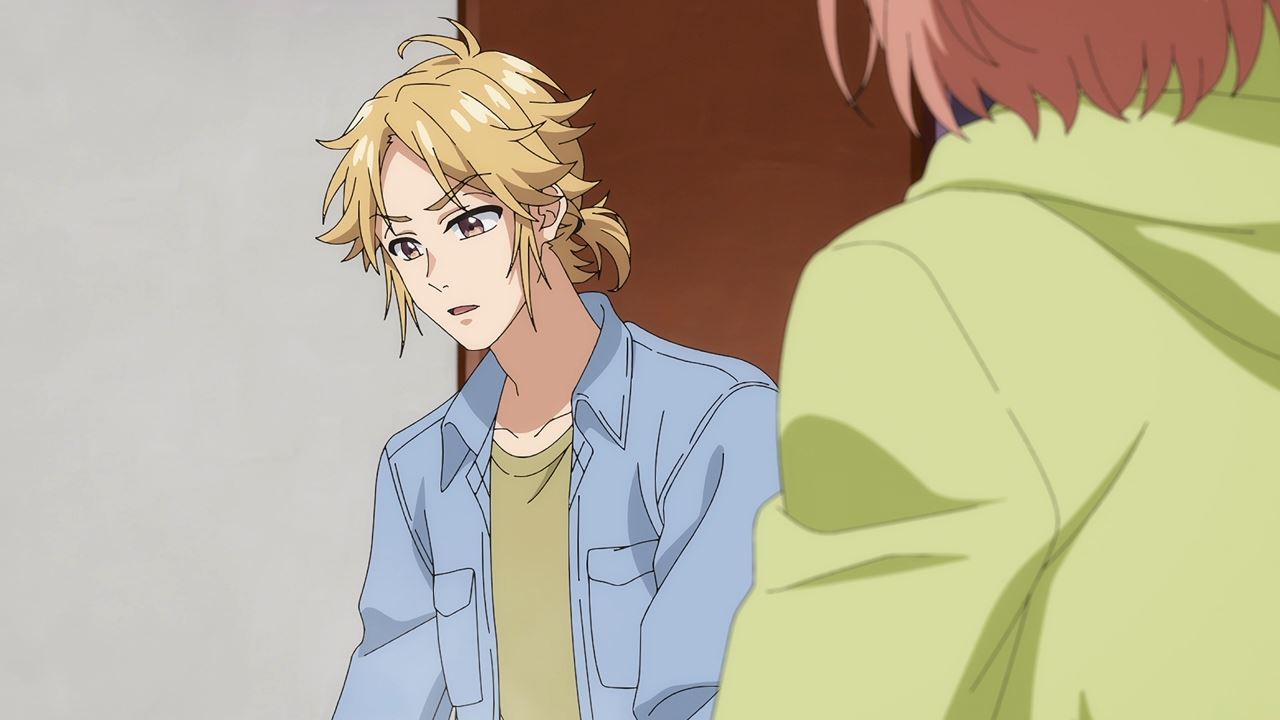 Anyways, both Yujiro Someya and Aizo Shibasaki got really disappointed that their manager-in-training quit over the scandal. 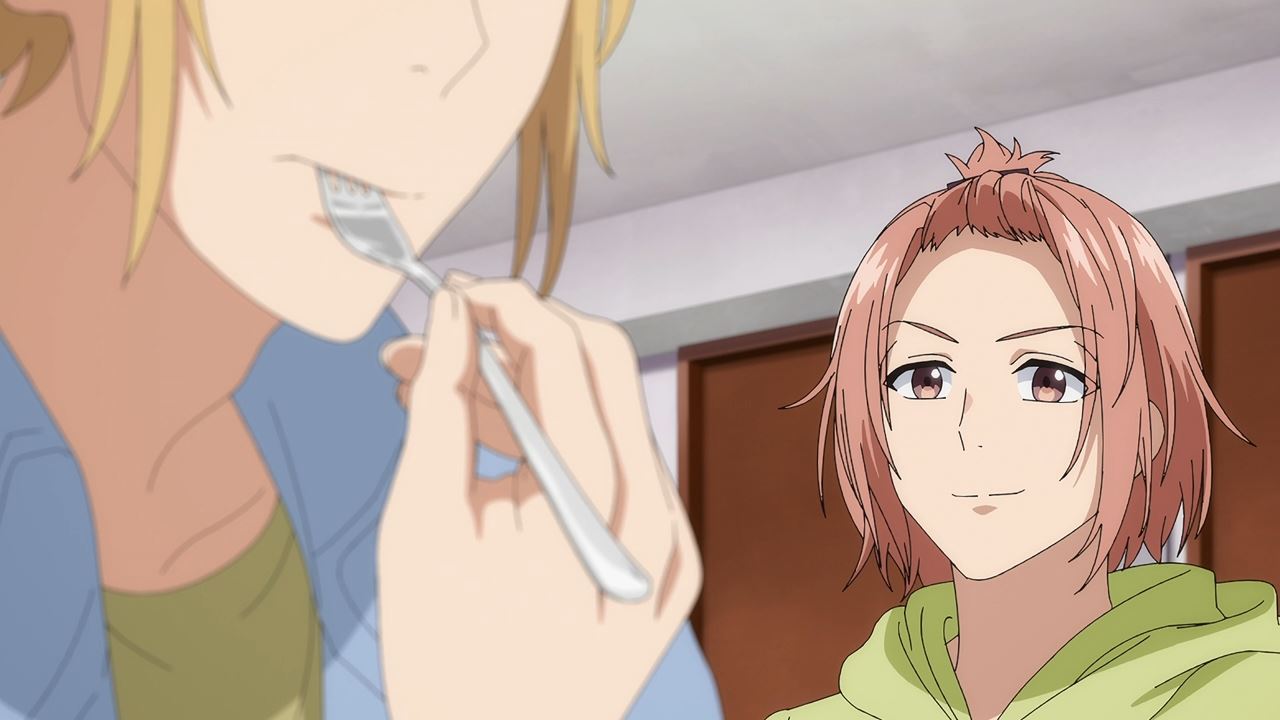 Speaking of Aizo, he’s gonna calm his heart by eating his brother’s cooked meal. It’s better than pondering over the scandal.

One more thing, even if he a former casanova, Ken Shibasaki is really supportive towards Aizo-kun. 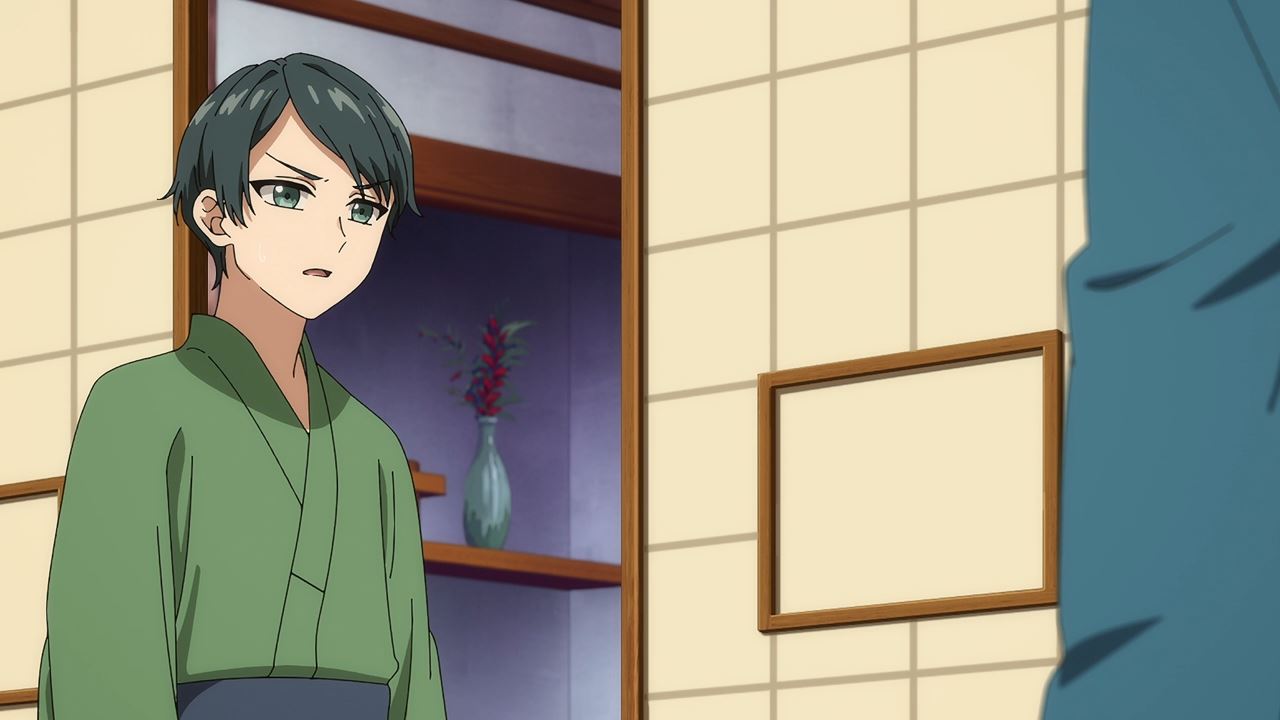 Meanwhile, Koichiro felt sorry that he couldn’t help his brother Yujiro during the scandal.

By the way, Yujiro helped Koichiro in getting out a sticky situation where he was forced by his seniors to drink alcohol. Of course, the boys doesn’t want to hide anymore. 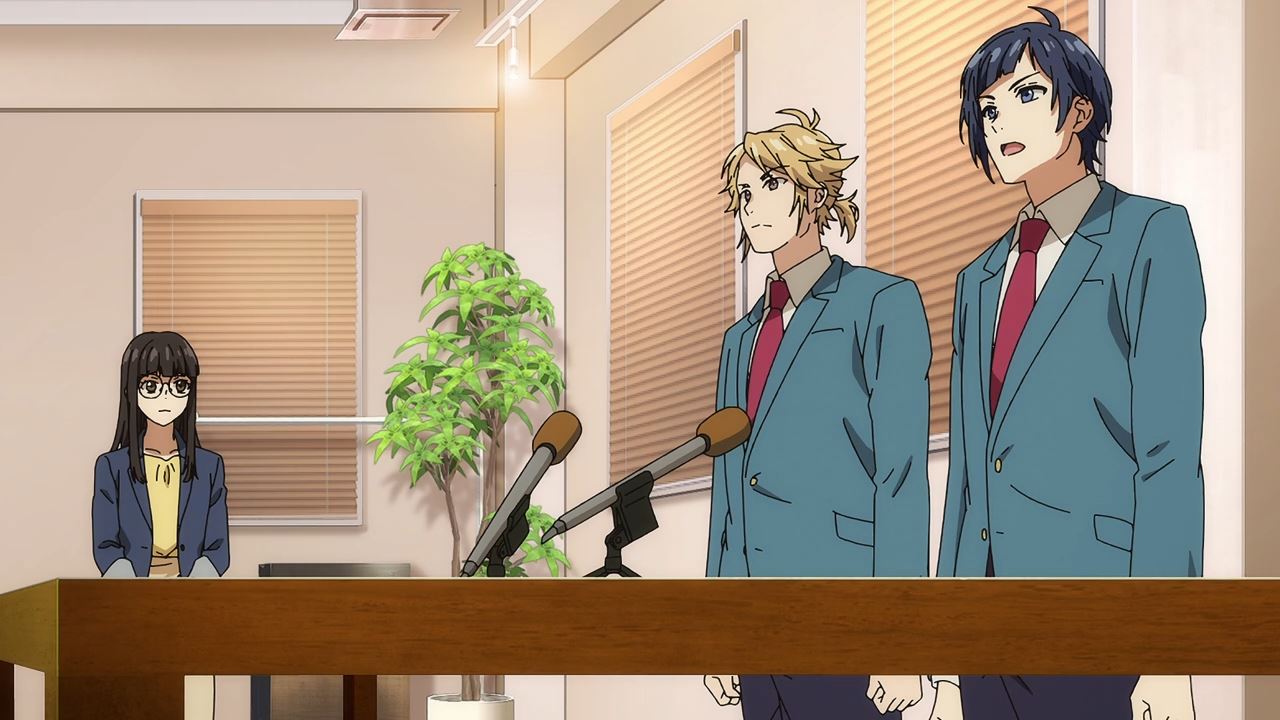 And so, LIP x LIP made a press conference to address the photos that circulate across the internet where they told everyone that the girl in the picture wasn’t their girlfriend. It was just a classmate.

Also, they want to continue as high school students in addition to being idols because it’s no longer just an obligation, but rather they enjoy their school life after someone convinced them to have fun with it. 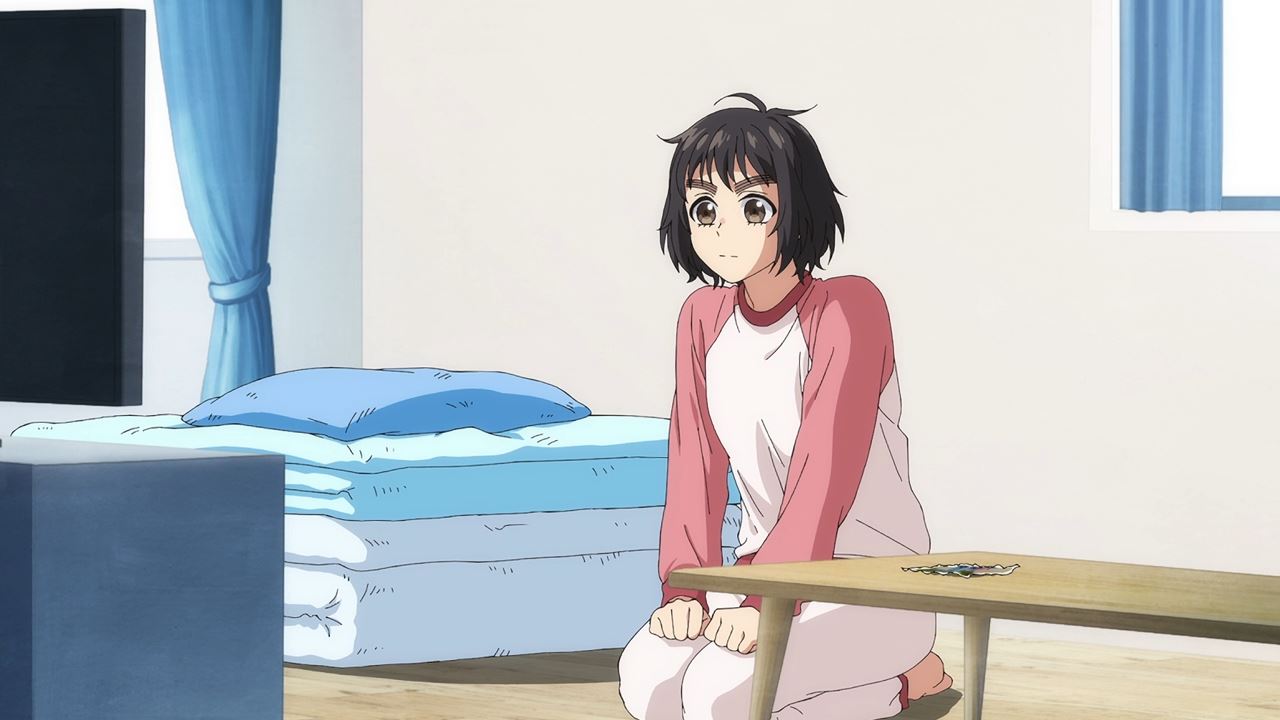 So while everyone is convinced that the there’s no intimate relationship between LIP x LIP and the mysterious girl, the perpetrator is still out there.

Man, it’s sucks that Hiyori Suzumi decided to resign for the sake of both boys, but now I’m really curious on perpetrator’s identity as I’ll see you next time!