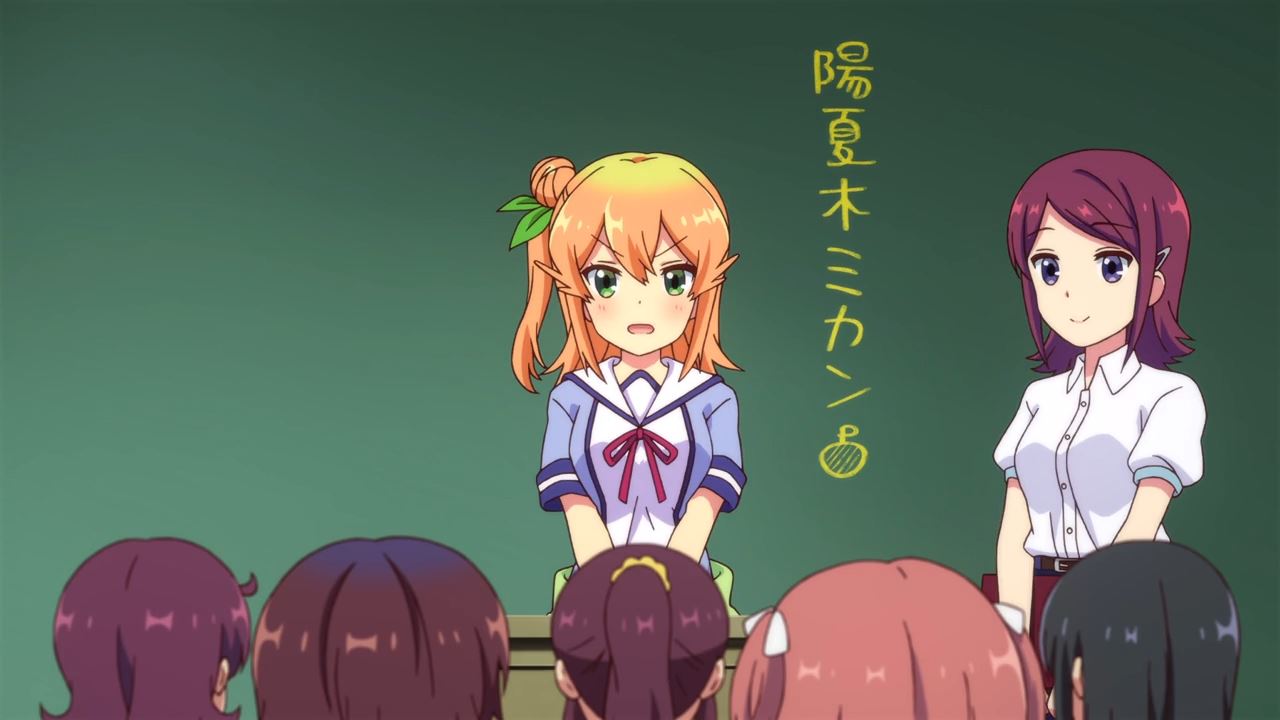 On this episode, Mikan Hinatsuki transfers to a new school where she becomes a new classmate to both Momo Chiyoda and Yuko Yoshida. Let’s hope that she’ll have a great time there. 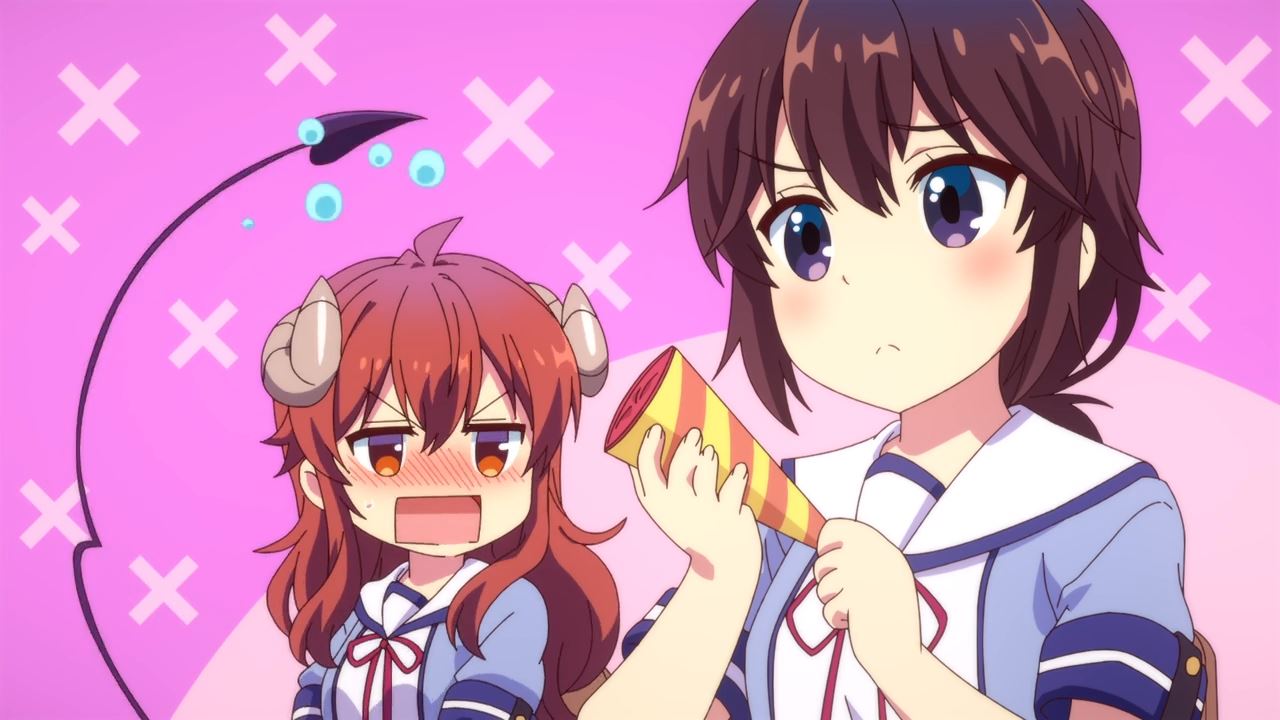 Of course, there won’t be any party-poppers for the new transfer student as Mikan still has that curse whenever she’s feeling excited or shocked. Sorry Anri Sata, you have to keep that party popper somewhere safe. 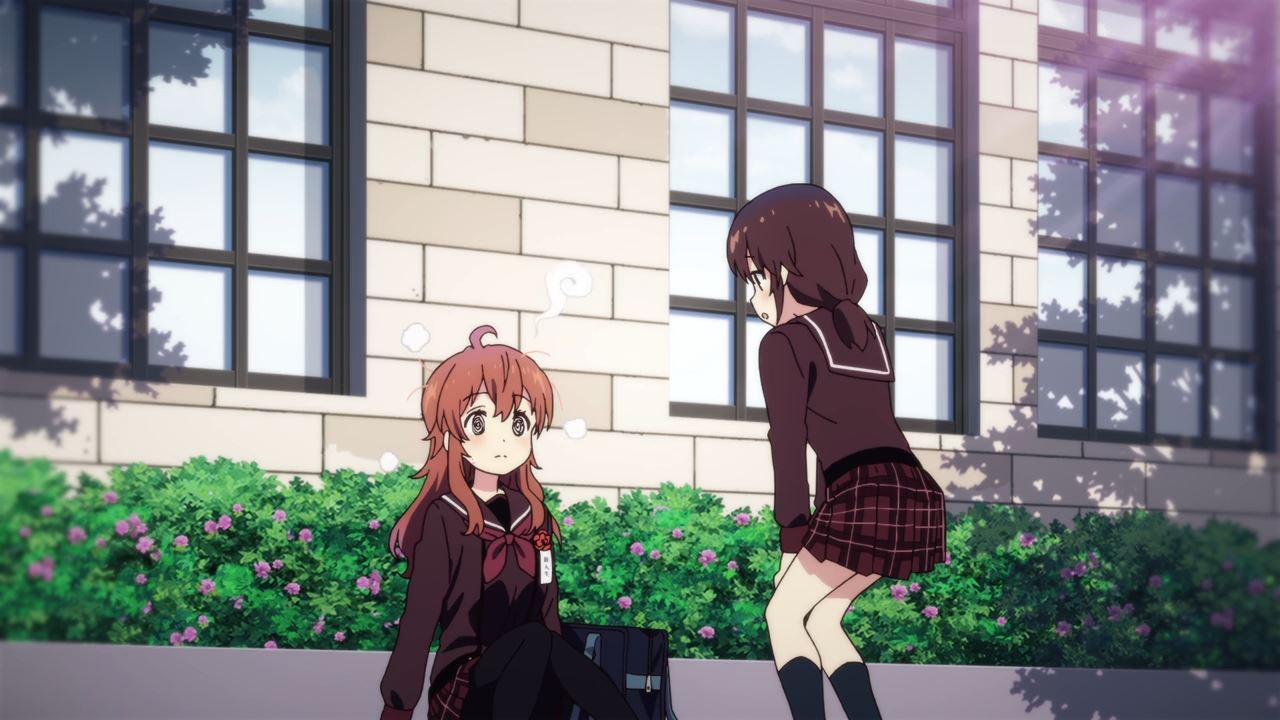 Speaking of Anri, there was one time where she helped a weak Yuko on the first day of high school. Yes, Yuko doesn’t have her demon horns yet so she’s still feeling frail back in the day. 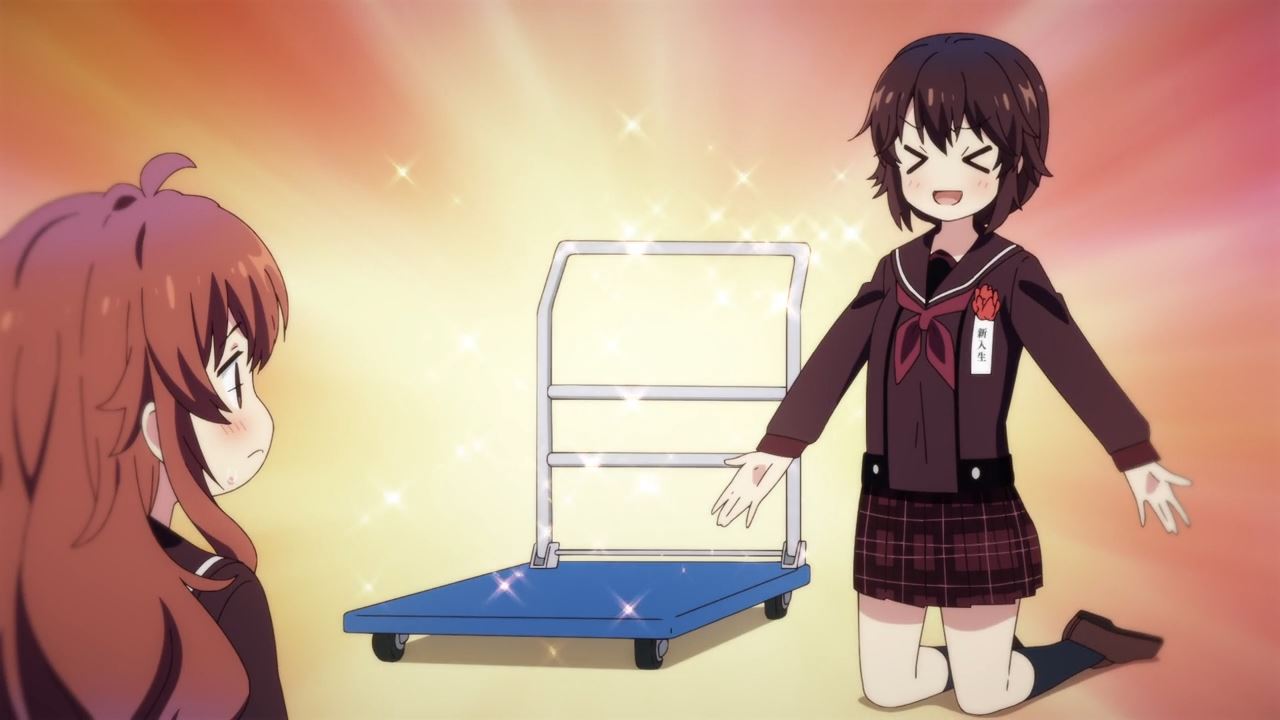 Therefore, Sata-san brought a trolley that can carry Yuko Yoshida to the auditorium for the opening ceremony. That was nice and pretty embarrassing coming from Anri. 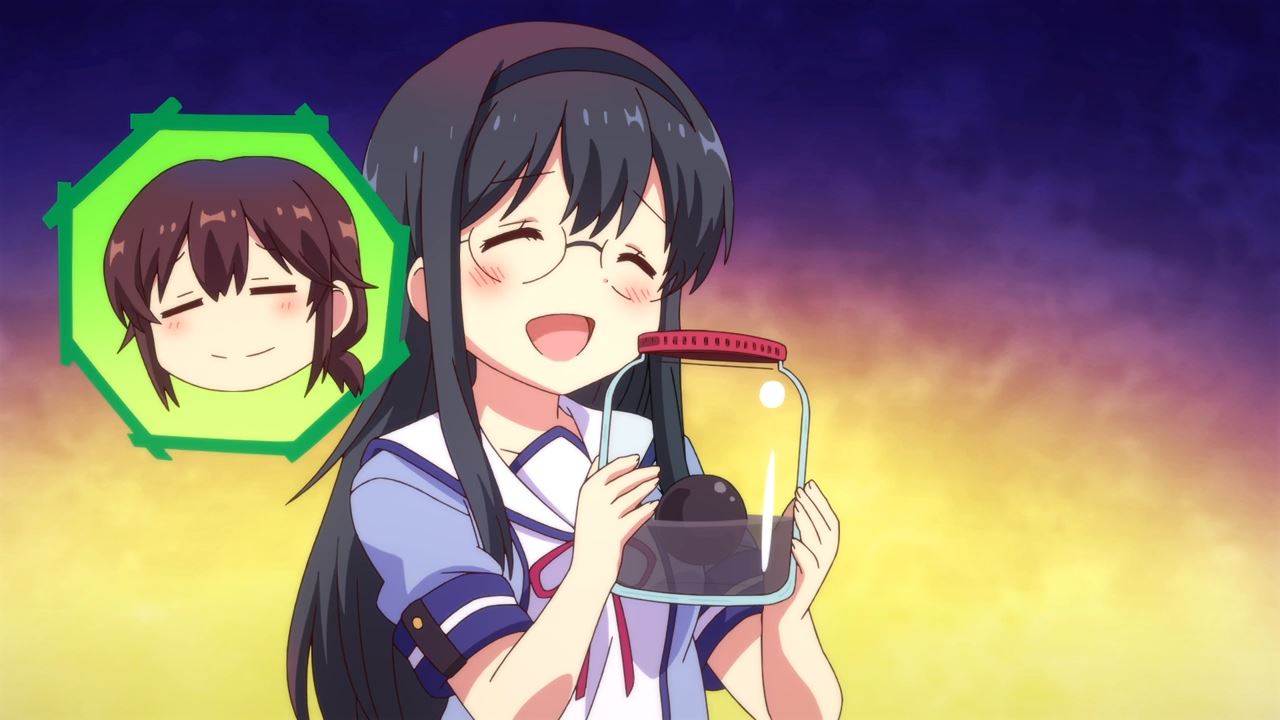 By the way, here’s Sion Ogura where she created a new potion made from the pink magatama that Shamiko pick it up back in Episode 10.

This concoction helps Momo Chiyoda when controlling her dark side, especially when she’s inside a dream. Then again, I’m skeptical if this potion is safe to drink. 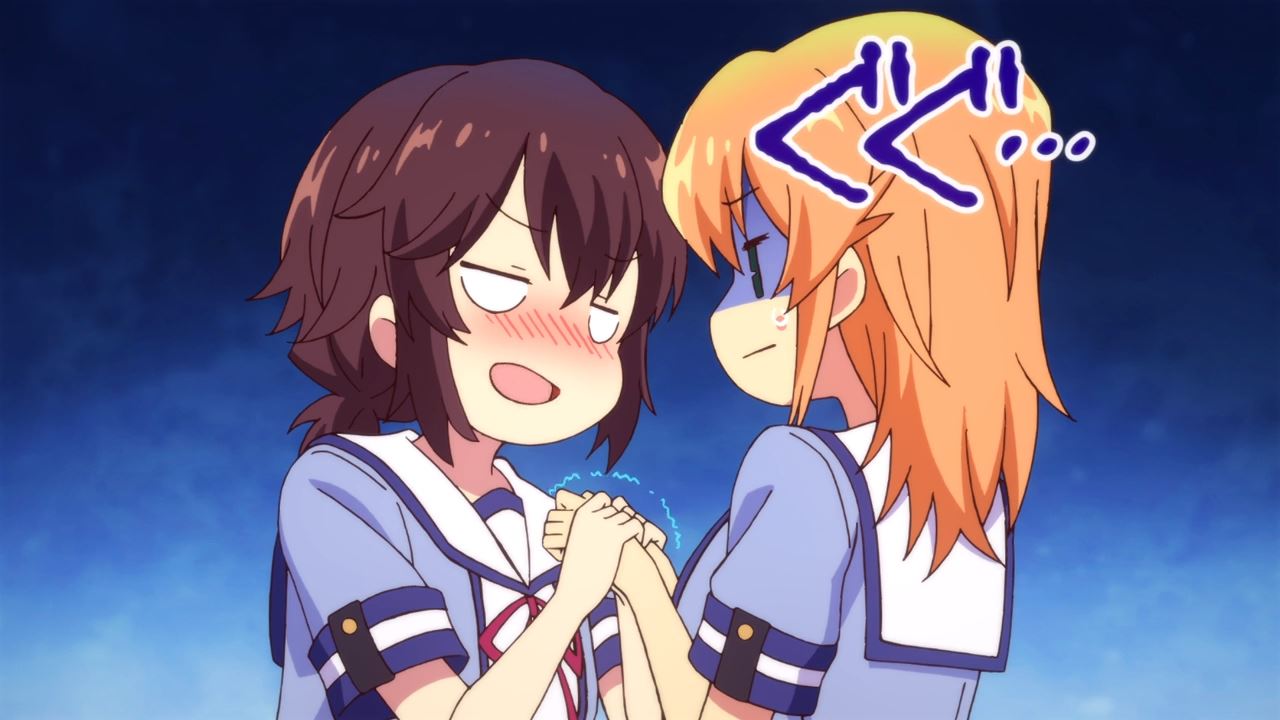 But let’s return to Sata Anri where she invites Mikan Hinatsuki to an athletics committee as it’s required to join one, although I have to say that Mikan was forced to join a committee out of fear. 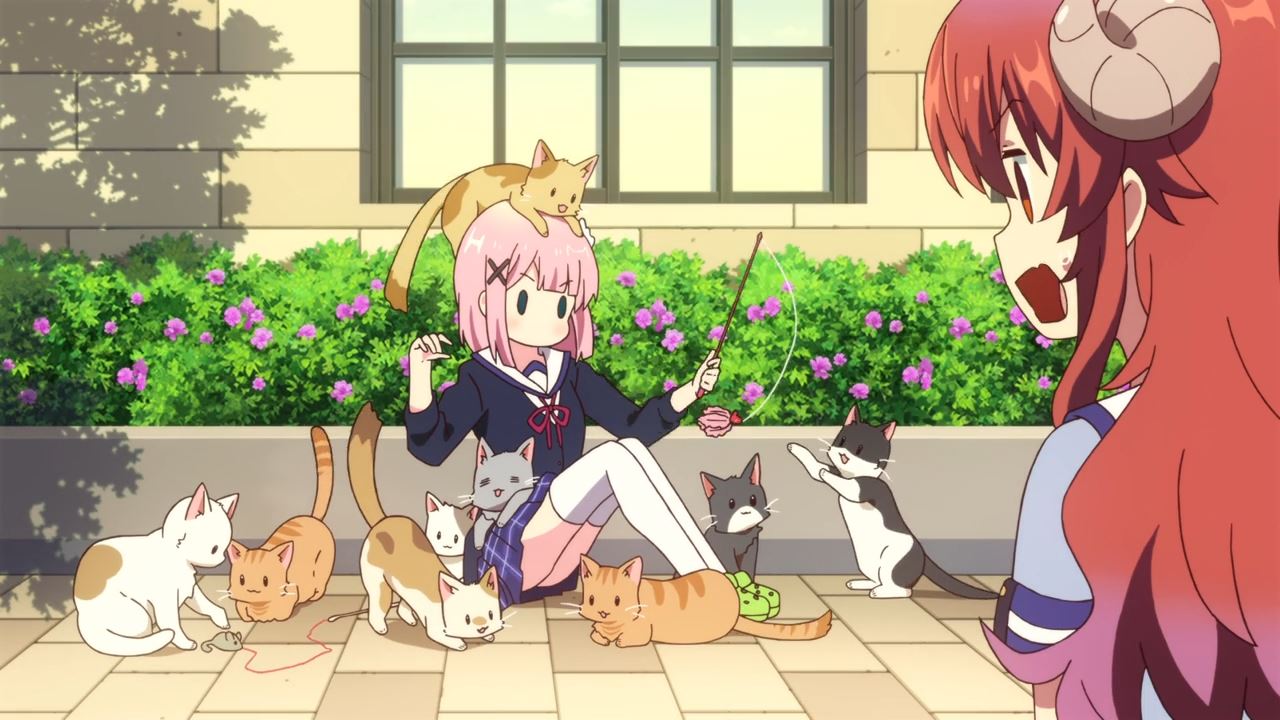 Oh yeah, I forgot to mention that Momo Chiyoda joins a committee… or rather created one just for her hobby: Cuddling cats.

Now then, here’s Shamiko where she’s testing out various things for the upcoming sports festival.

Then again, I feel that they want to make it easy for Yuko to accomplish various tasks like eating bread on a string, although that would make it unfair for the rest. 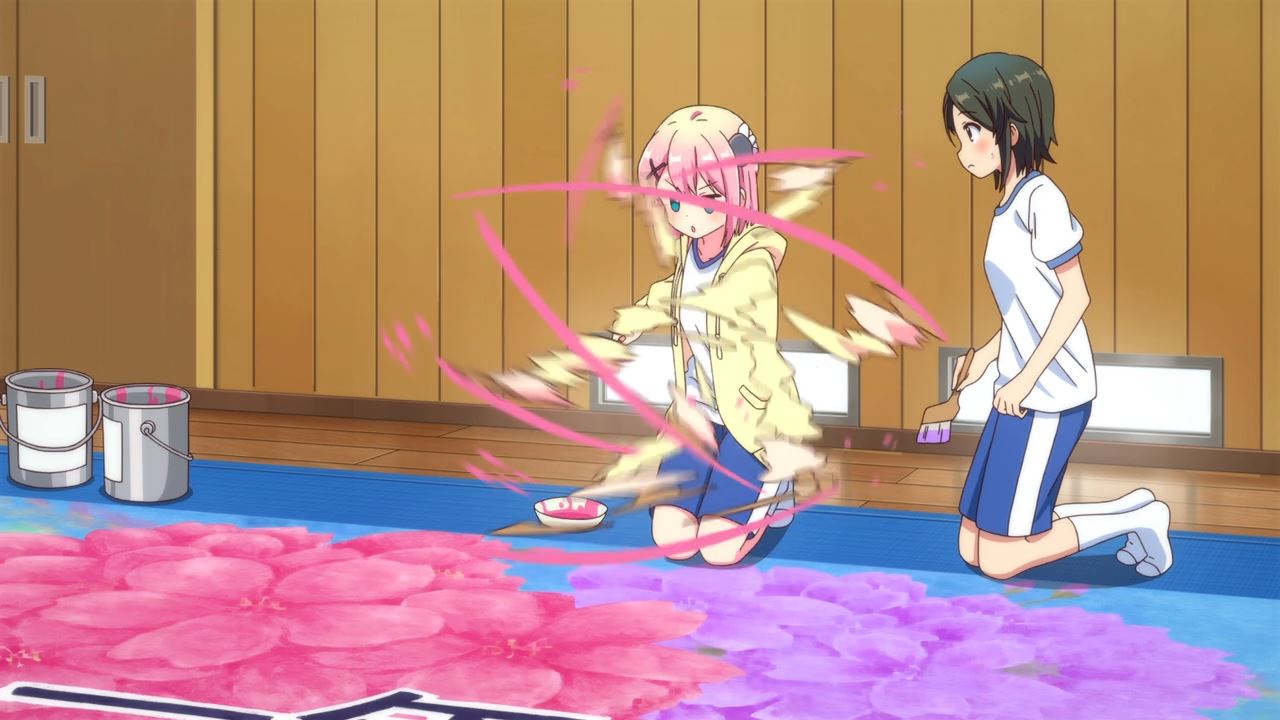 By the way, here’s Momo where she’s finishing this banner for the sports fest.

While everyone was amazed by her artistic skills, Momo wants to get it done so she cuddle more kittens later. 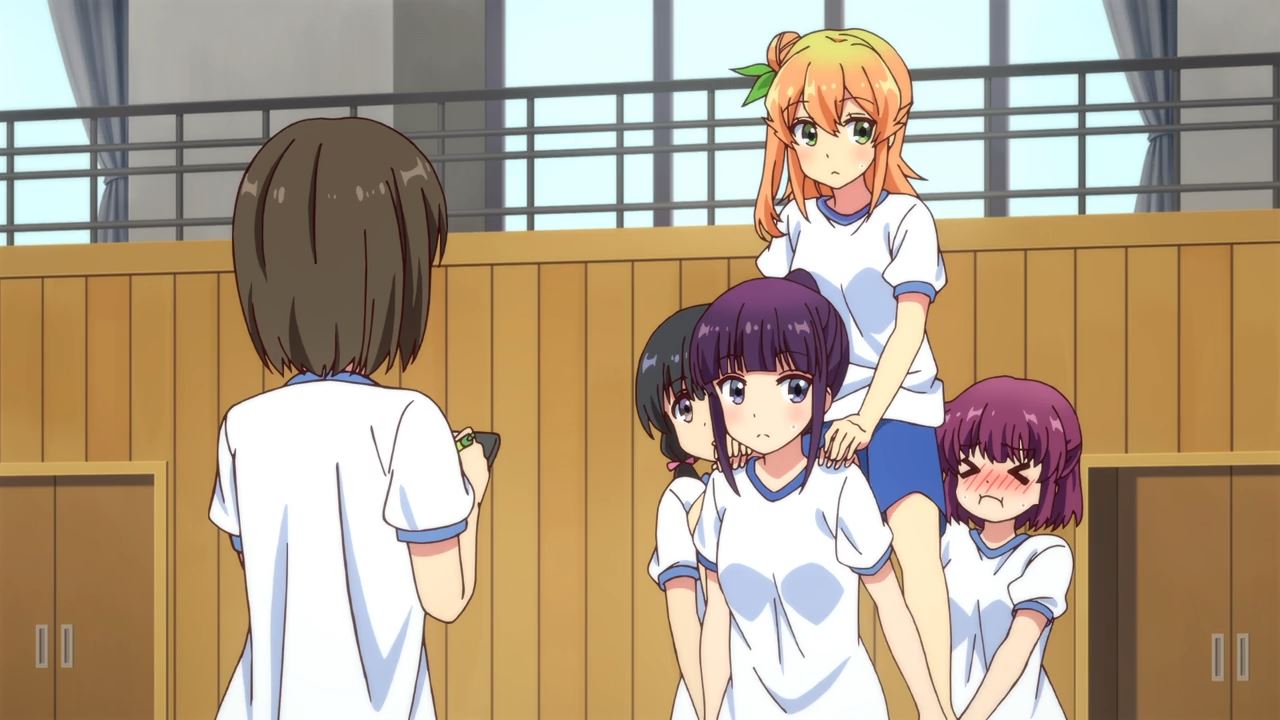 Now let’s move onto Mikan Hinatsuki where she participates in a rehearsal for the upcoming cavalry battle. Yeah, she’s the commander by the way! 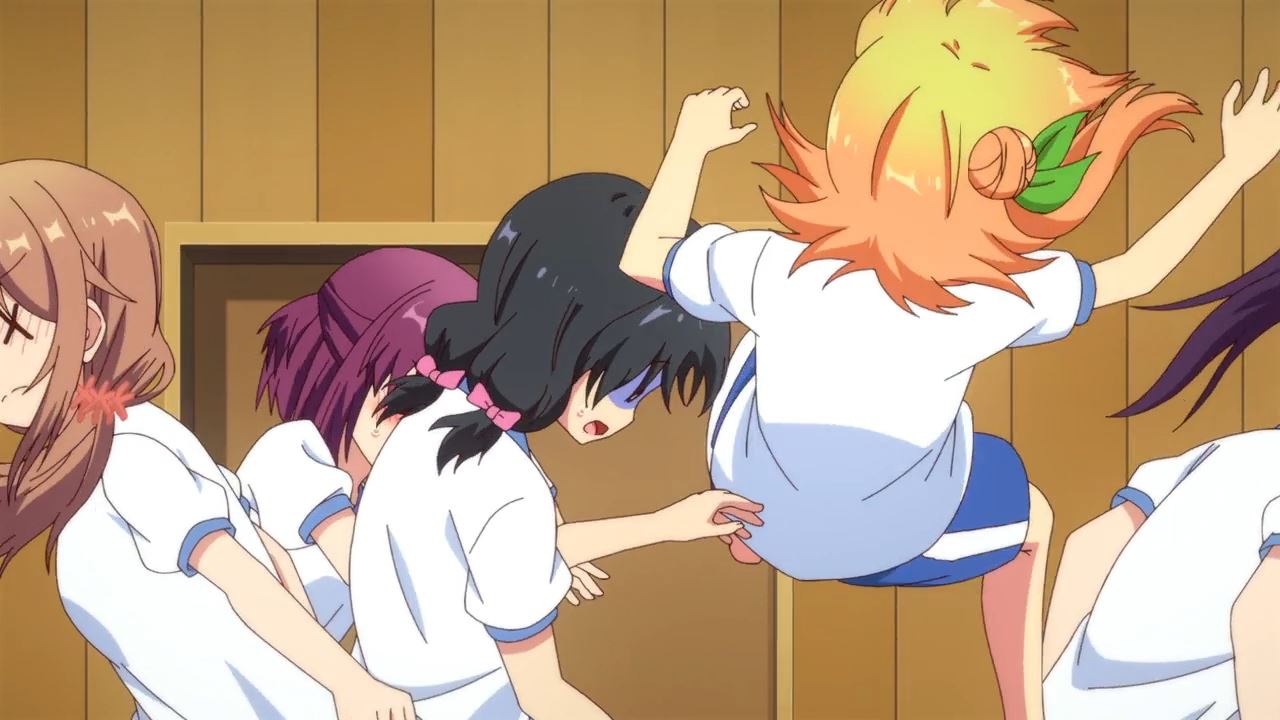 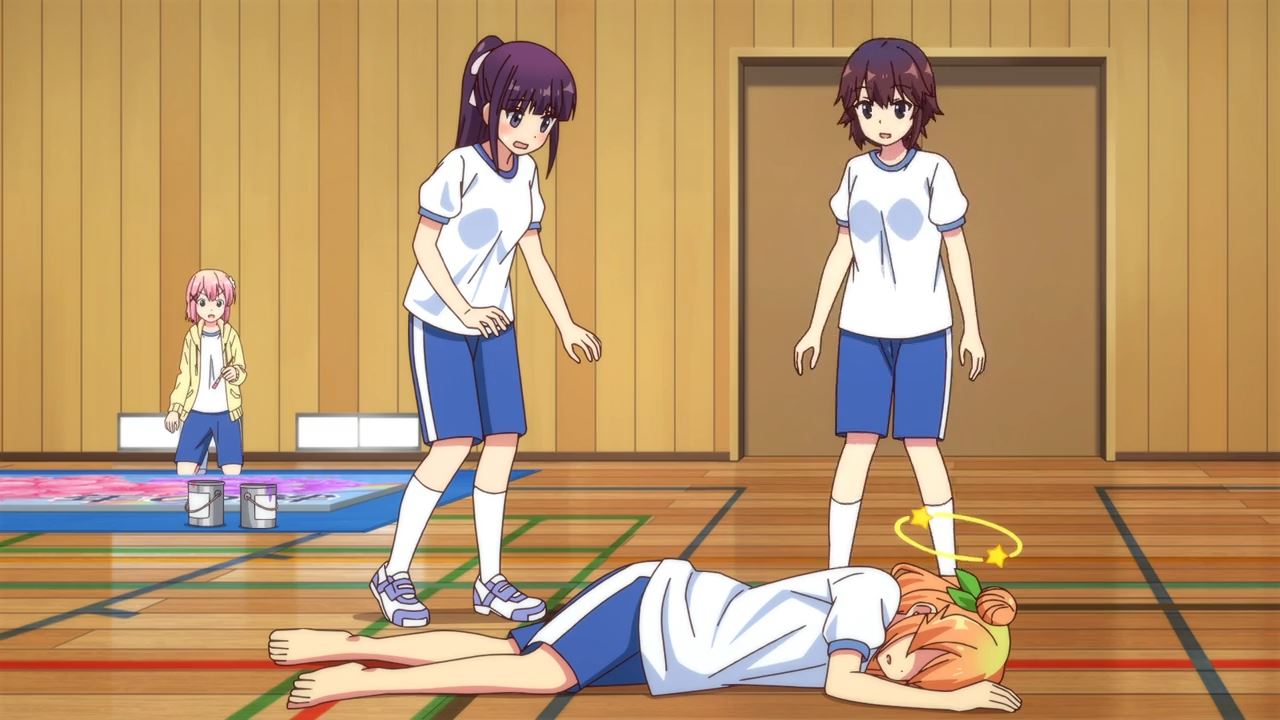 Unfortunately, someone bumped onto Mikan’s horse which she fell down and pass out. Okay, they need to be careful next time. 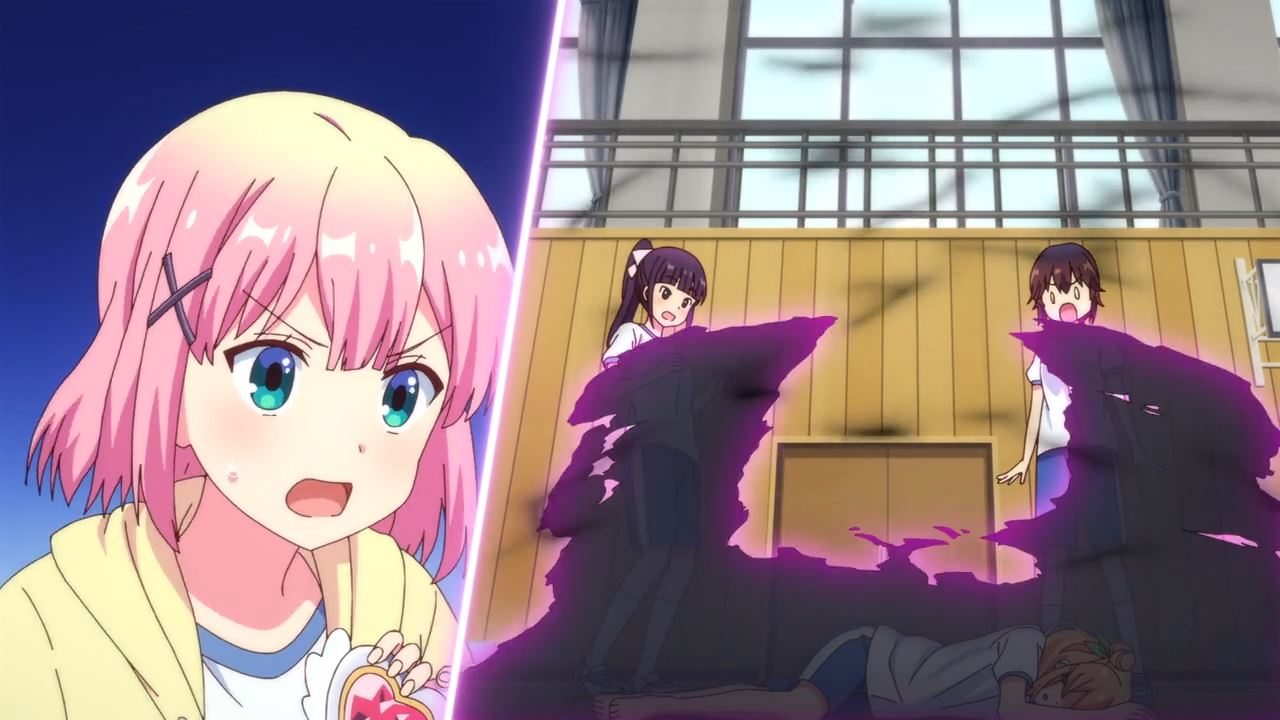 However, it appears that Mikan’s curse is acting up in the most terrible way while being unconscious. Even Momo is really alarmed that her curse might injure people. 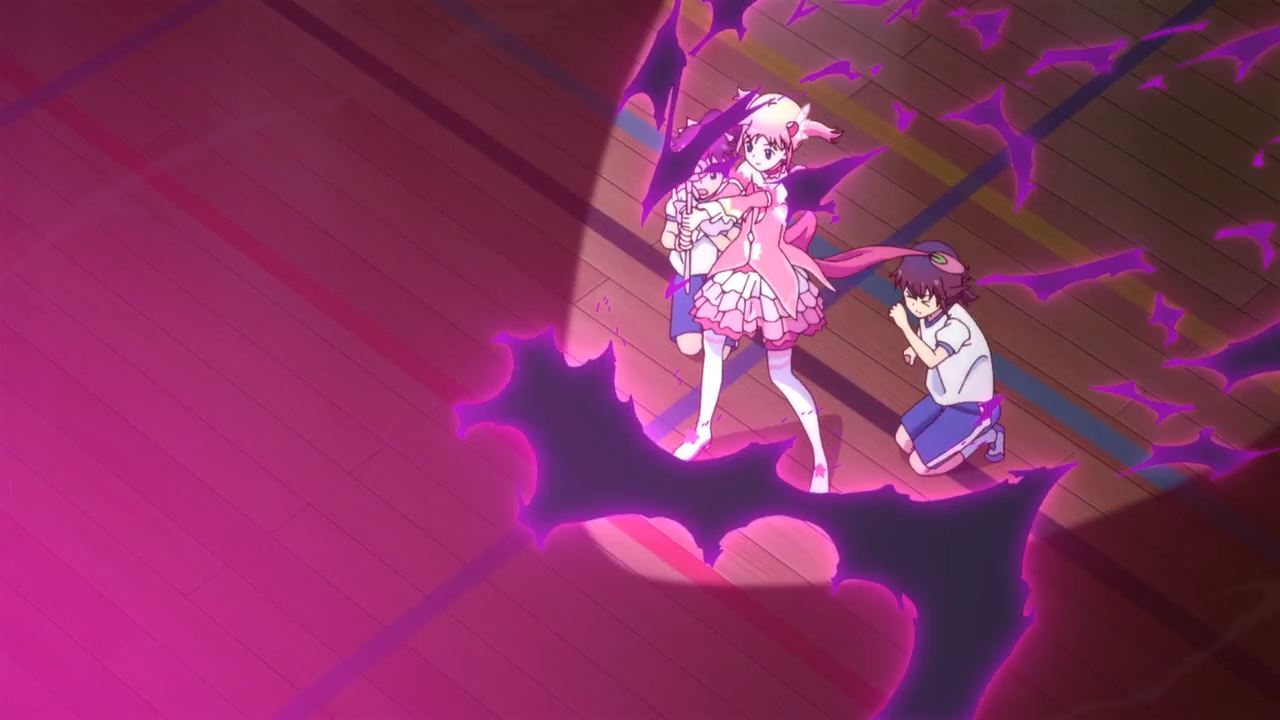 Anyway, looks like Momo will use her magical girl powers to protect her classmates. Fortunately, nobody got hurt. 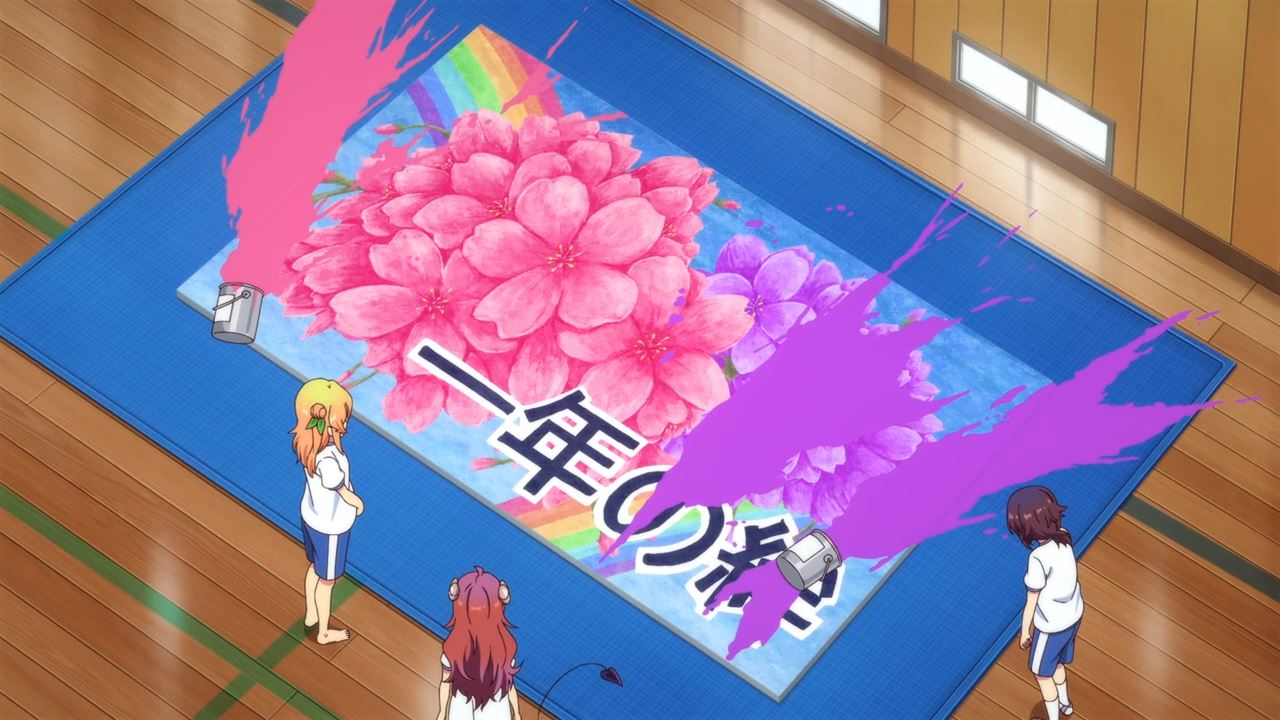 Except for this banner in which Momo poured her time making one. In any case, Momo Chiyoda will make another one before the sports festival. 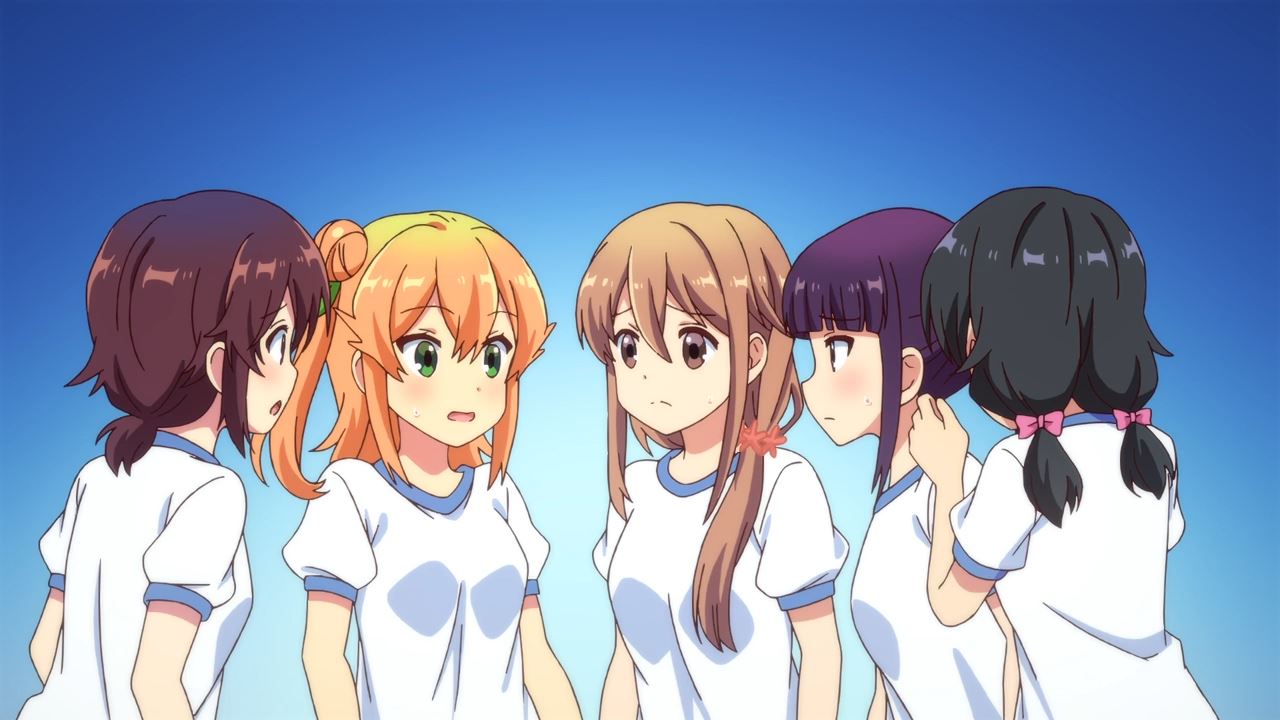 But as for Mikan Hinatsuki, she’s fine as everyone is really concerned towards their transfer student. Glad that no one blame Mikan for her curse.

Still, I think Shamiko and Momo should get rid of Mikan’s curse as soon as possible. 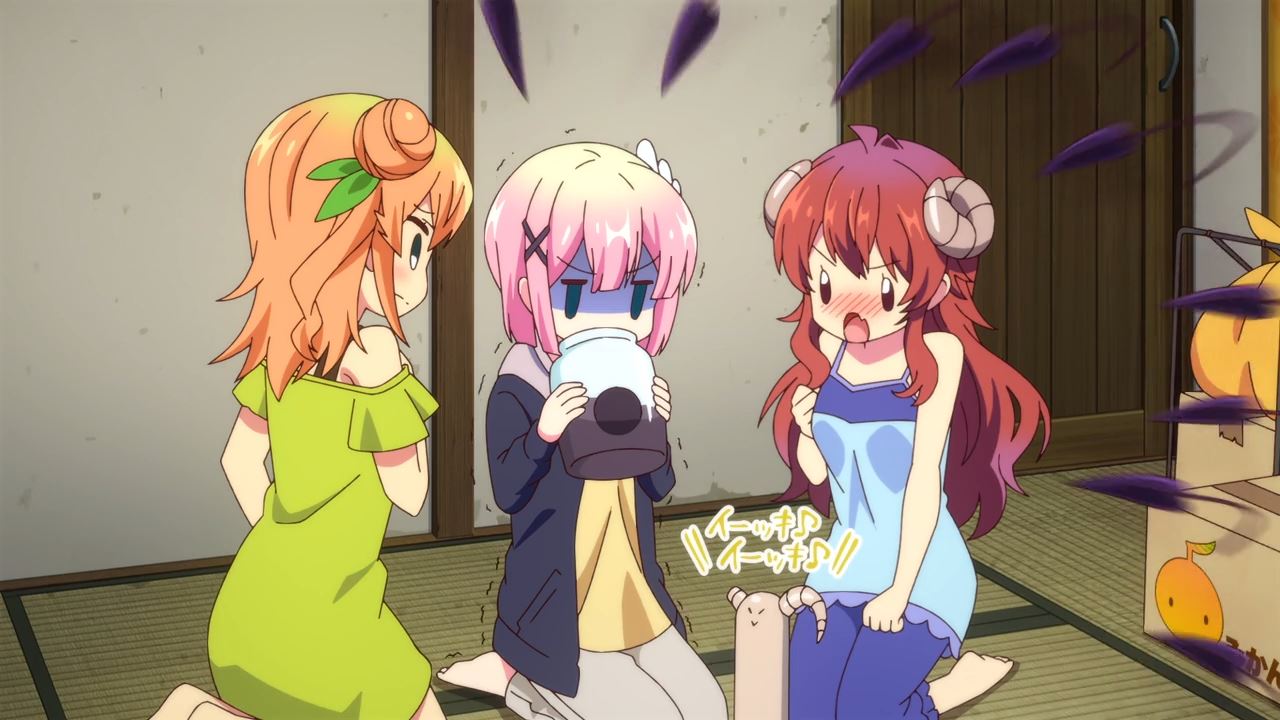 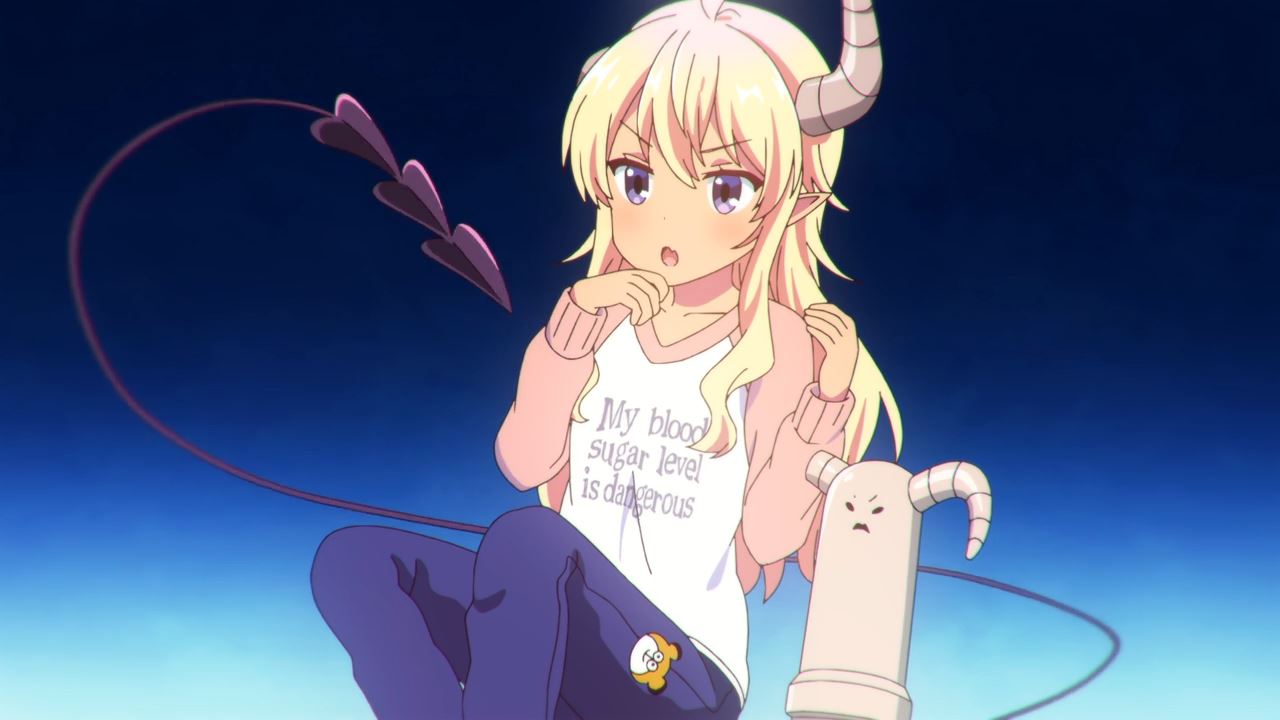 By the way, here’s Lilith where she heard a story about that strange creature named Ugallu where it said to be very dangerous. 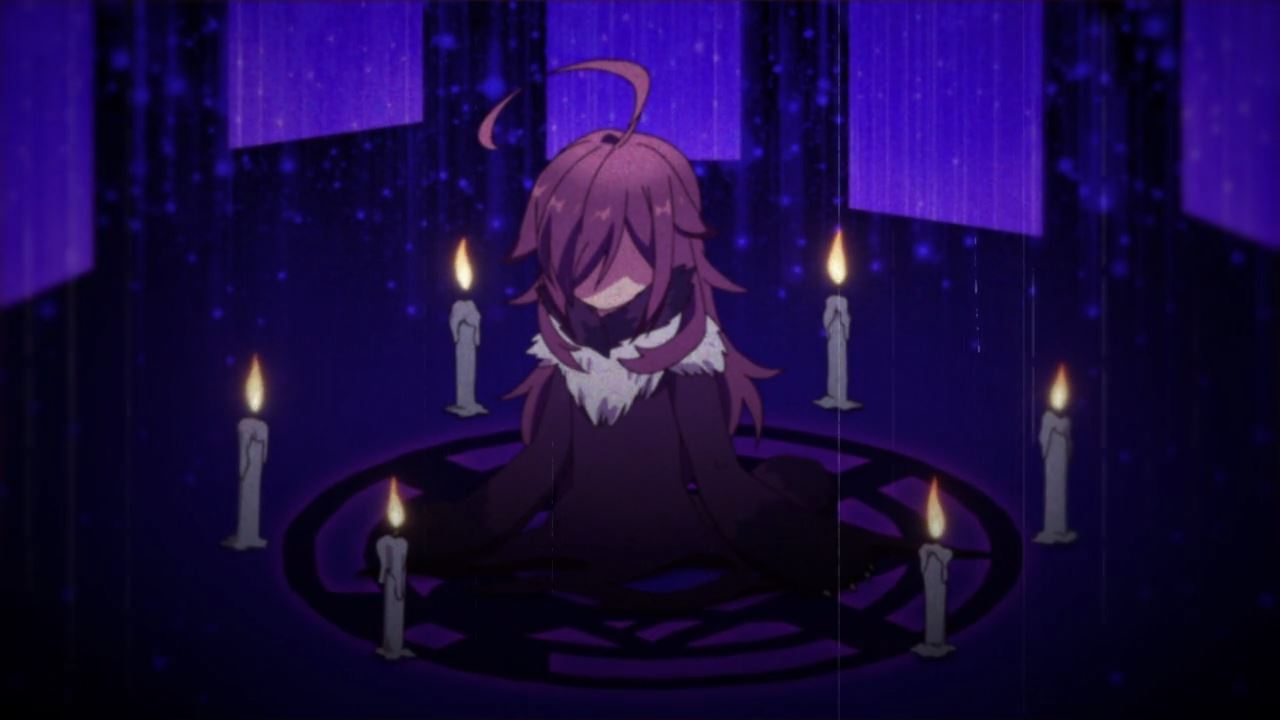 Legend has it that Ugallu, a Mesopotamian creature said that it protects someone’s household from wicked creatures. However, it appears that Mikan’s father made a mistake when summoning Ugallu which puts her into a curse.

Oh yeah, Lilith said that Ugallu is a strong monster, therefore it’ll be difficult for Momo and Shamiko to stop the creature on their own. 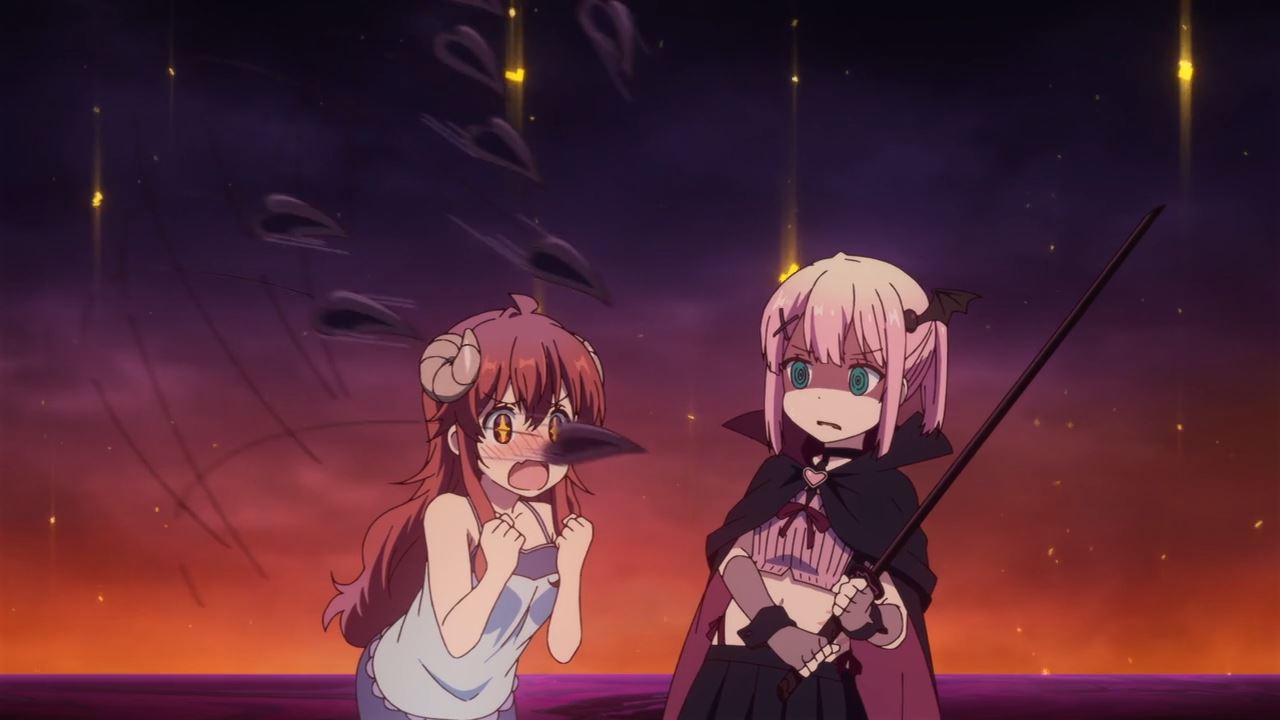 Anyways, let’s end this episode where Yuko Yoshida and Momo Chiyoda are now inside Mikan Hinatsuki’s dream. But for Momo though, looks like she became a dark magical girl out of the bat.

With that said, I’ll see you next time for the final episode!