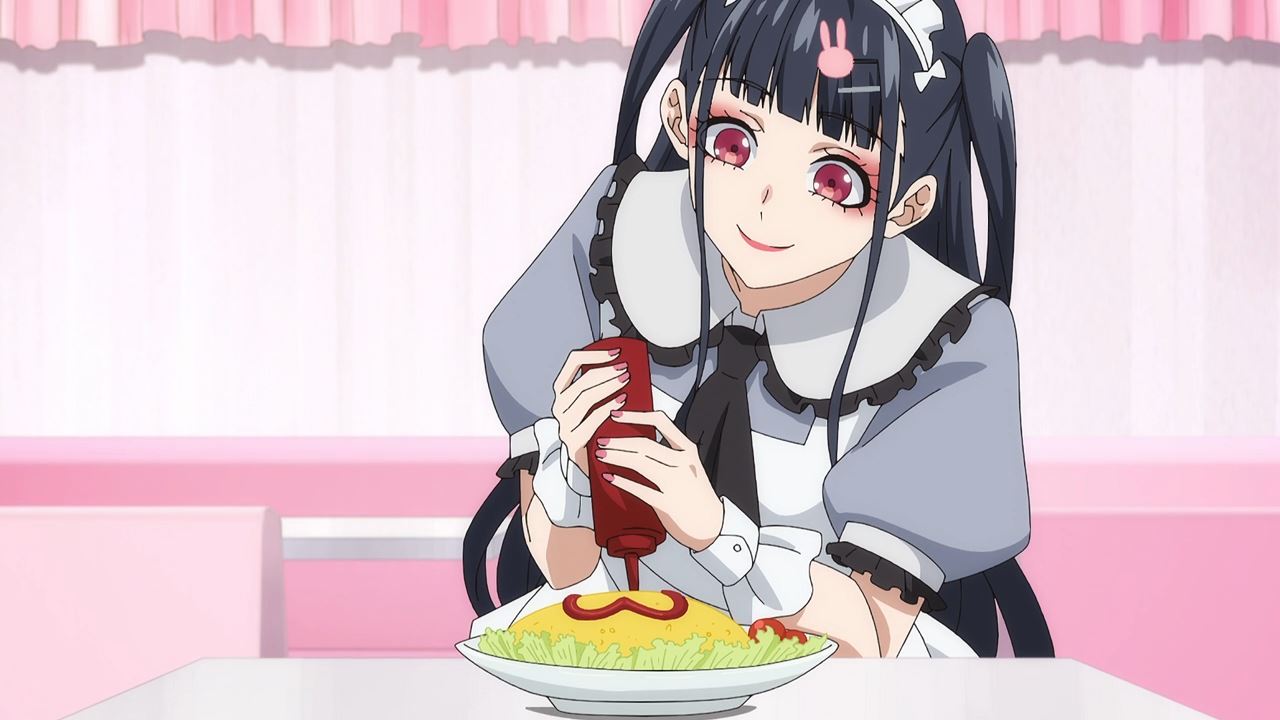 Hey everyone, do you remember this certain fan who goes to every LIP x LIP concert? Well, her name is Chu-tan where she works at a maid café.

Then again, I feel that this character looks familiar… 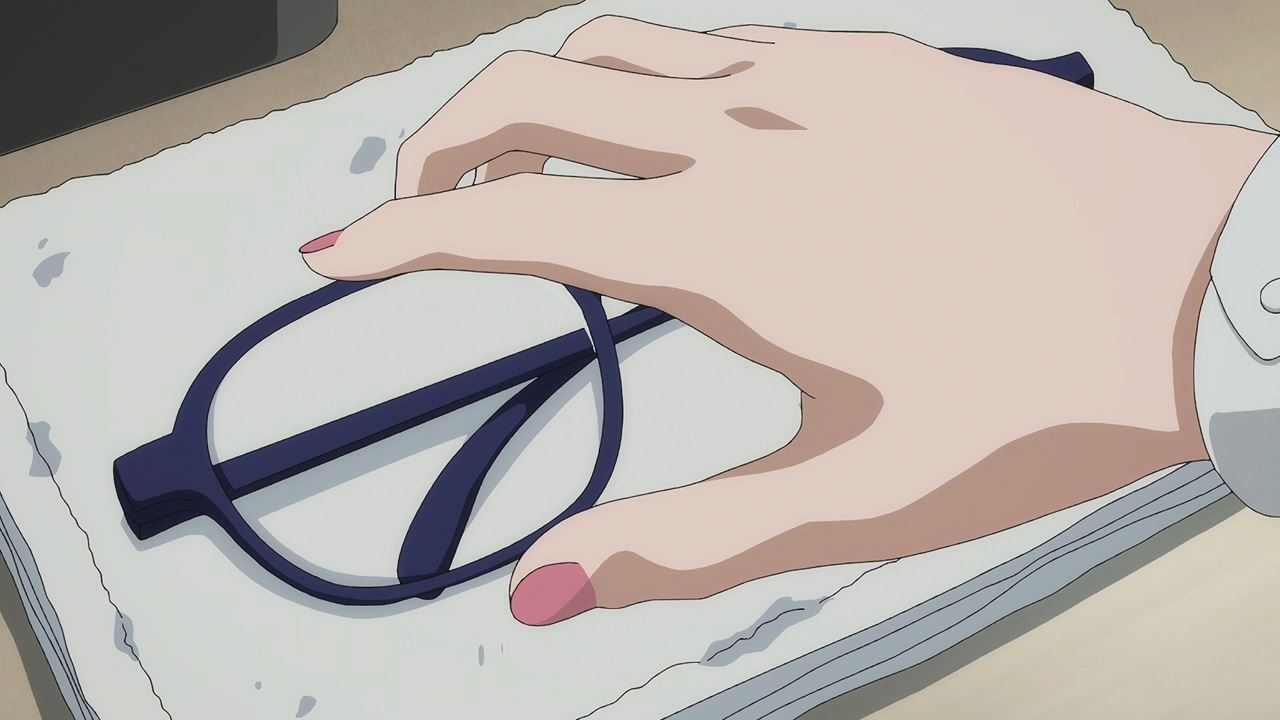 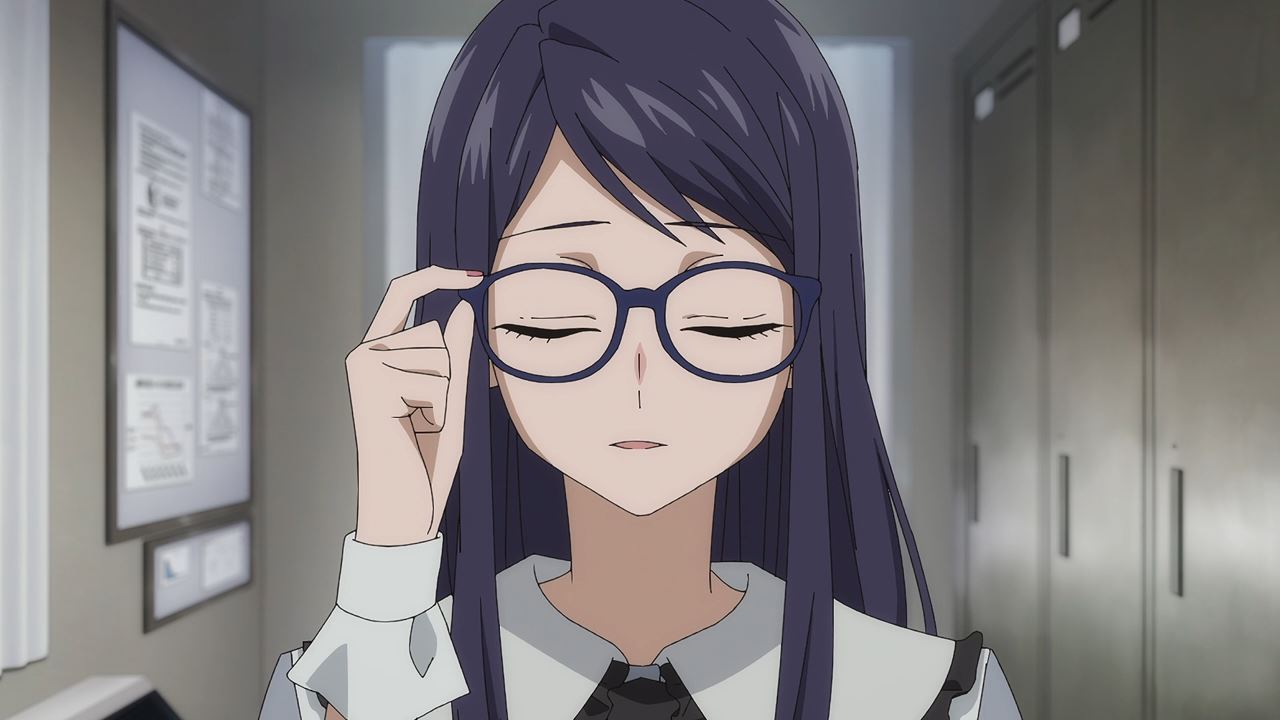 Turns out that the reveal is the most surprising one of all. Chu-tan is none other than Chizuru Nakamura where she puts on her glasses after removing her makeup. 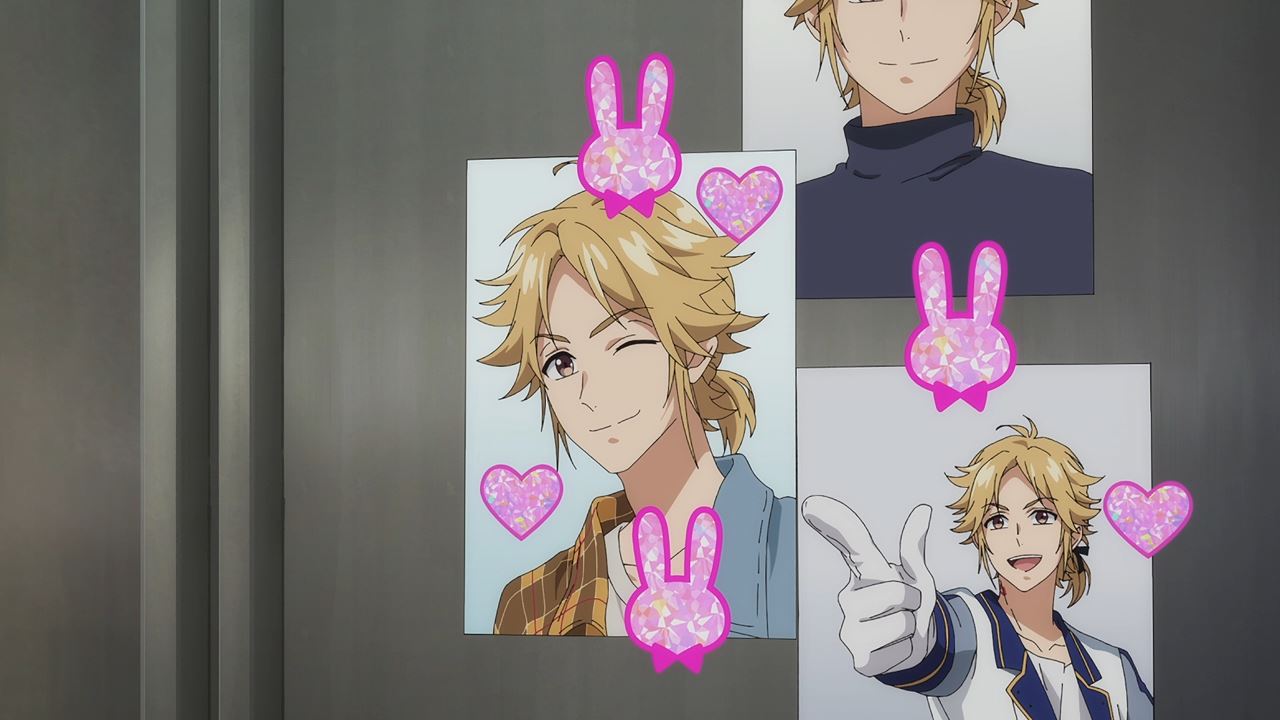 Not only that, but Chizuru is an avid fan of Aizo Shibasaki. It’s really ironic that *ahem* Chu-tan loves Aizo-san despite having some mild hatred of girls thanks to his family, especially his brother. 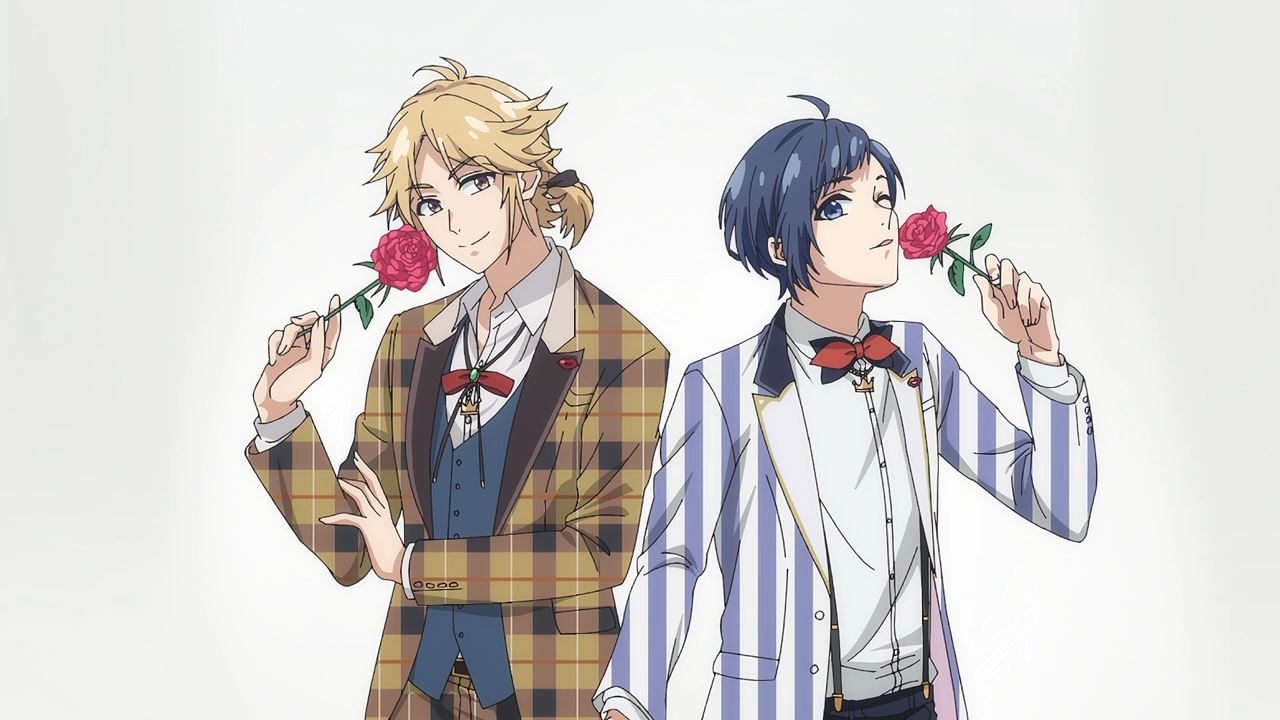 Speaking of LIP x LIP, looks like they’re doing fine even after the scandal has subsided, yet it sucks that Yujiro and Aizo doesn’t have a reliable manager at the moment. 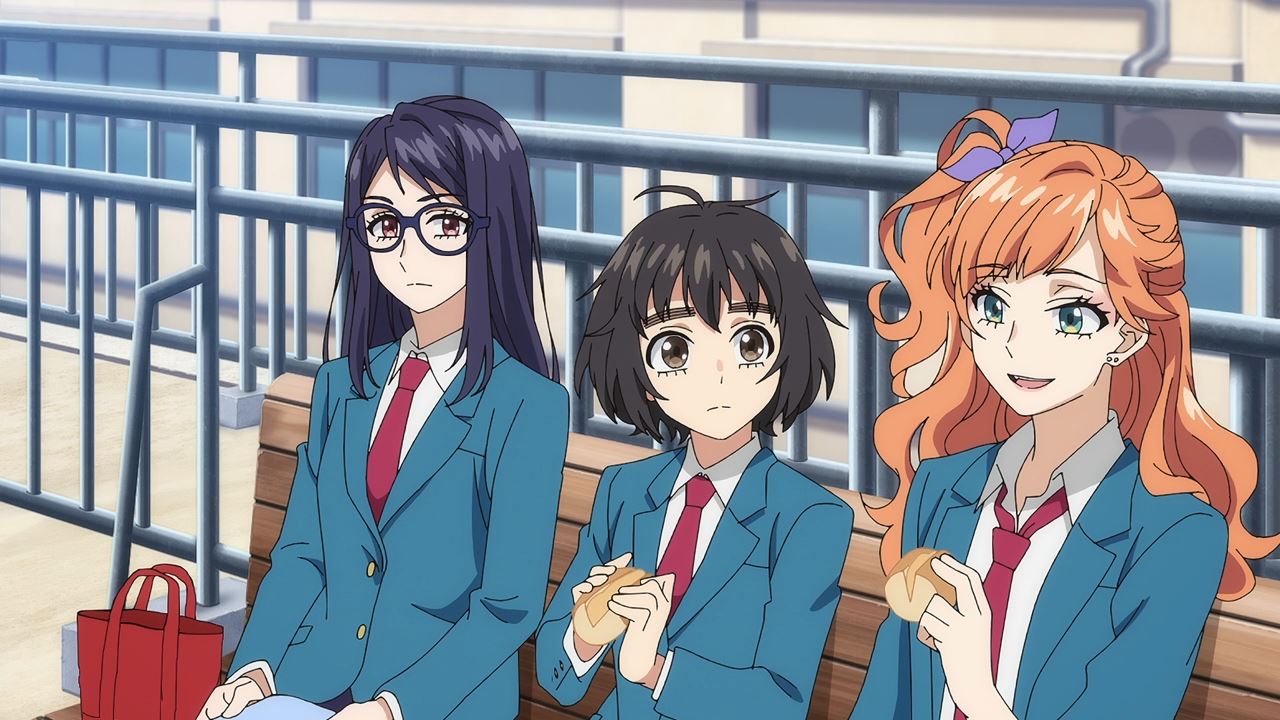 Now then, here’s Hiyori Suzumi where she’s finally recovered from the harassment, although it sucks that the perpetrator wasn’t caught.

But don’t worry though as Juri Hattori will always protect Hiyori ’cause she didn’t do anything wrong. 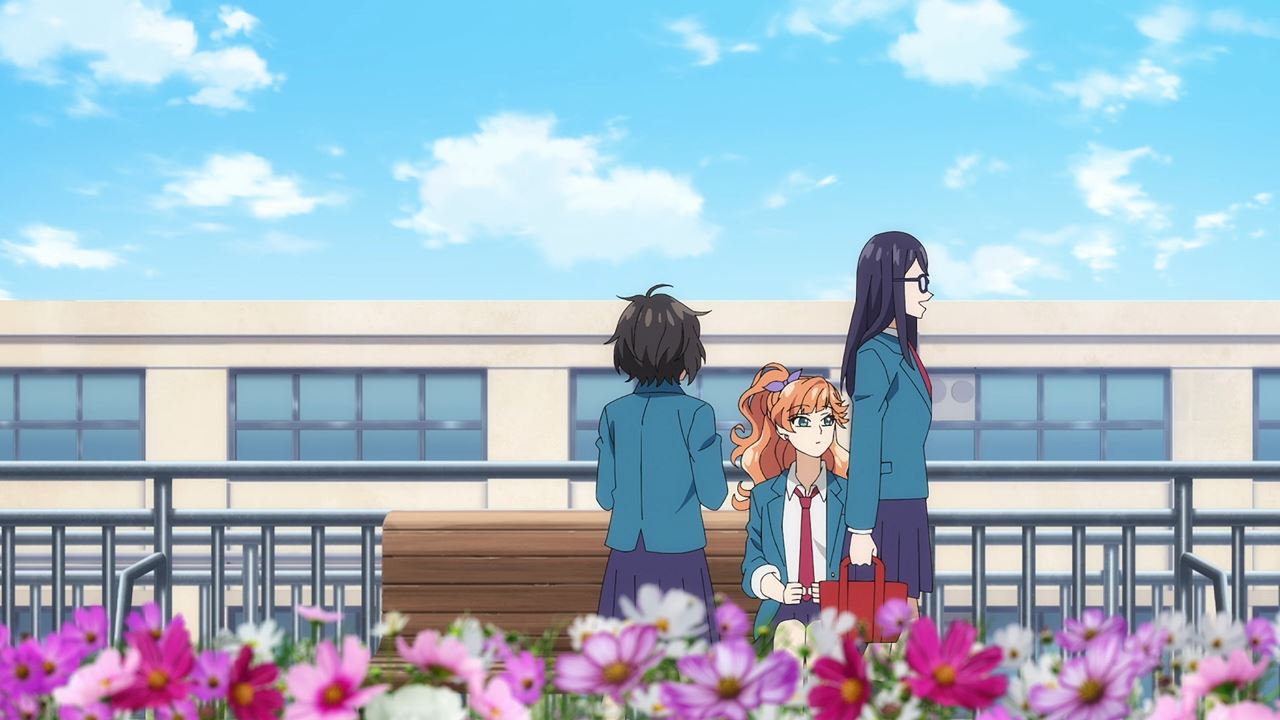 As for Chizuru Nakamura, she’ll have to leave early. I wonder if she has some errands to do after-school. 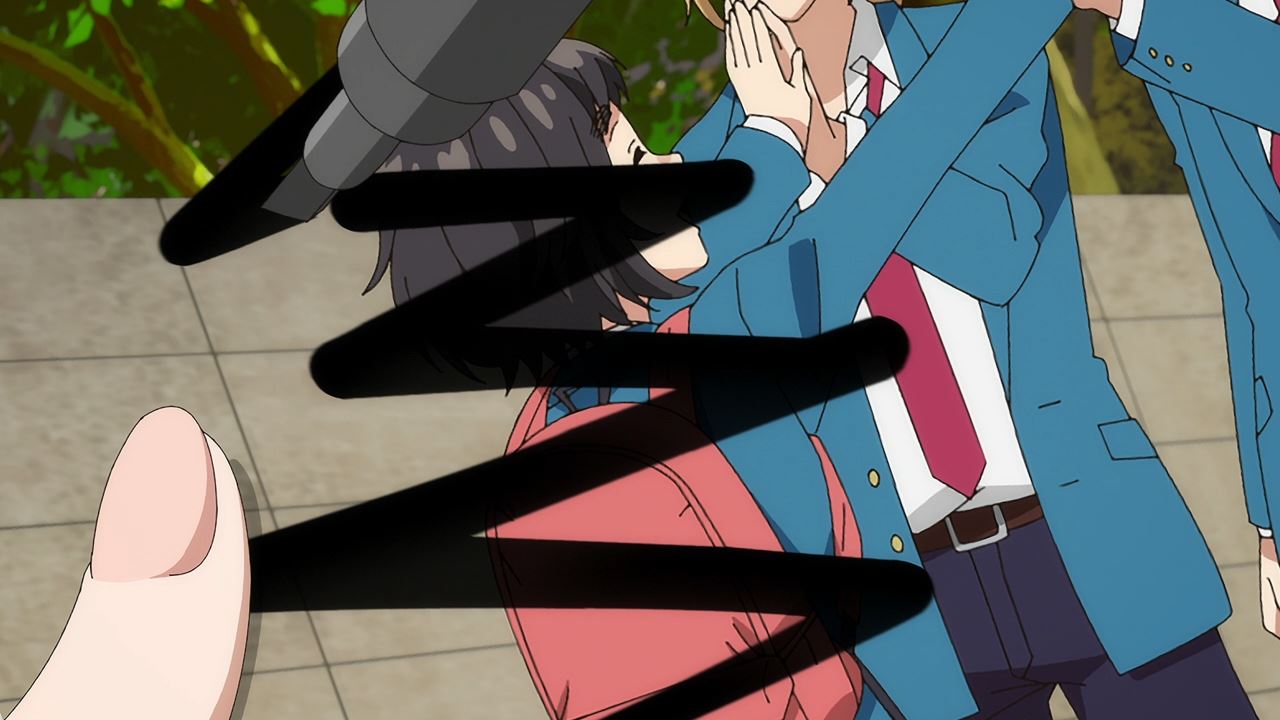 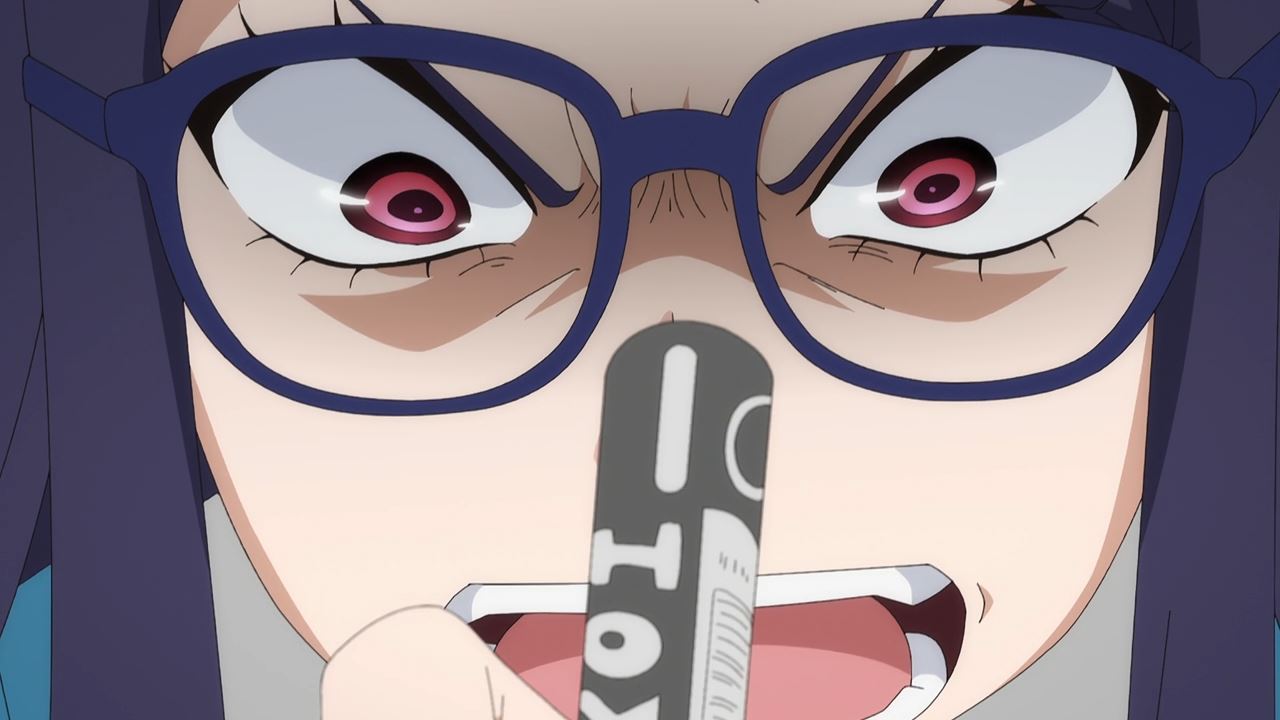 Oh wait, it appears that Chizuru has some grudge over Hiyori just because she’s really close to both Aizo and Yujiro.

Come to think of it, don’t tell me that she’s the one who took those pictures and post it at the bulletin board back in Ep. 9? 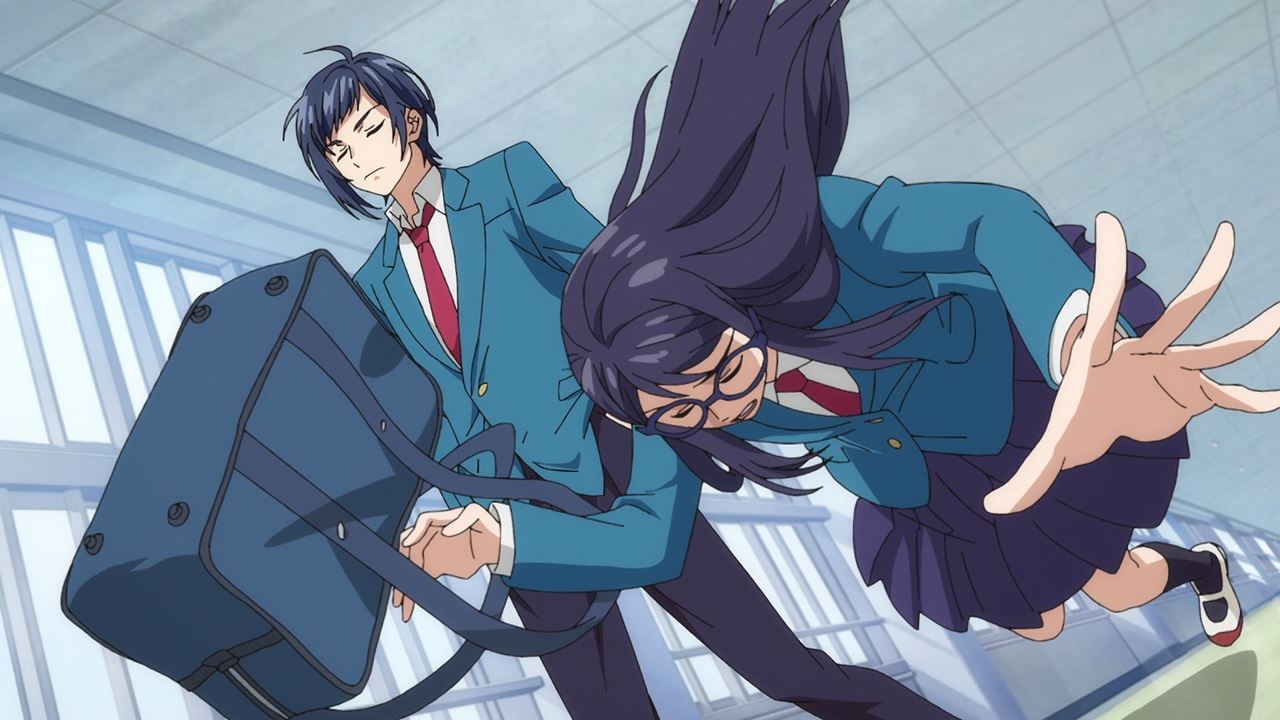 Anyways, here’s Yujiro Someya acting a bit rude towards Chizuru Nakamura by bumping onto her. 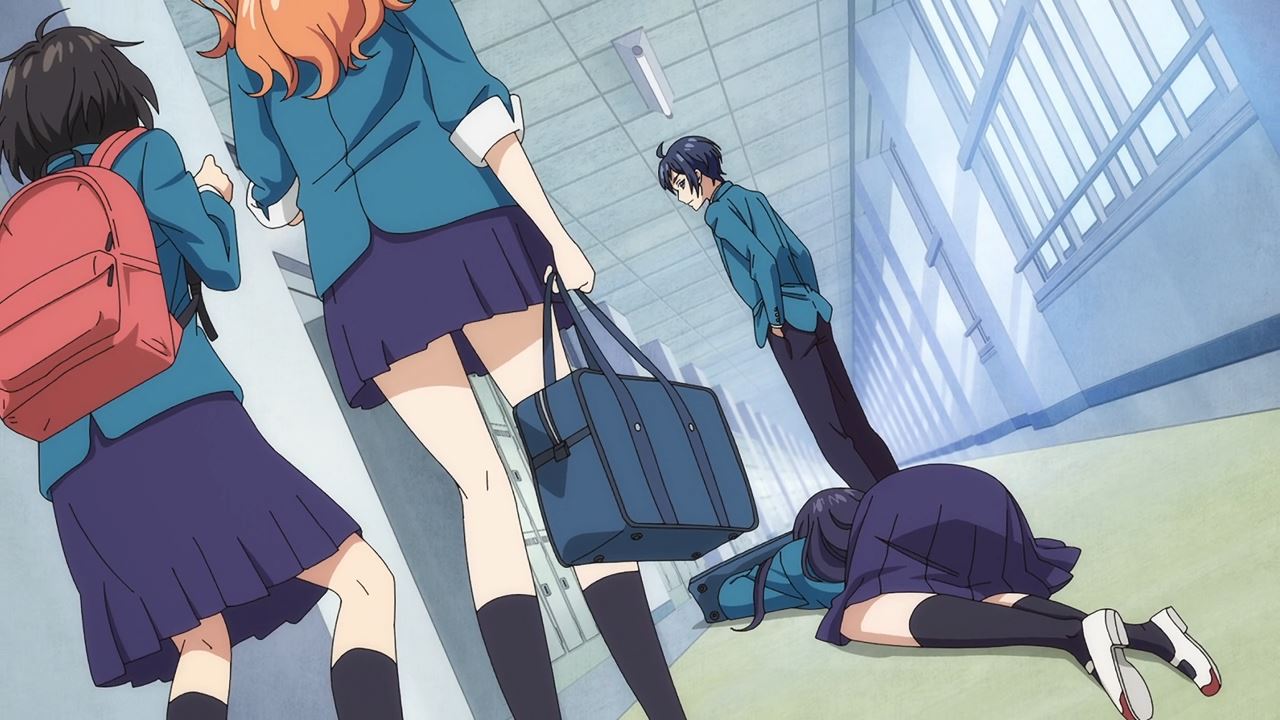 Of course, he doesn’t have any hard feelings towards Chizuru as Yujiro suspects that she’s the one who posted those scandalous pictures. 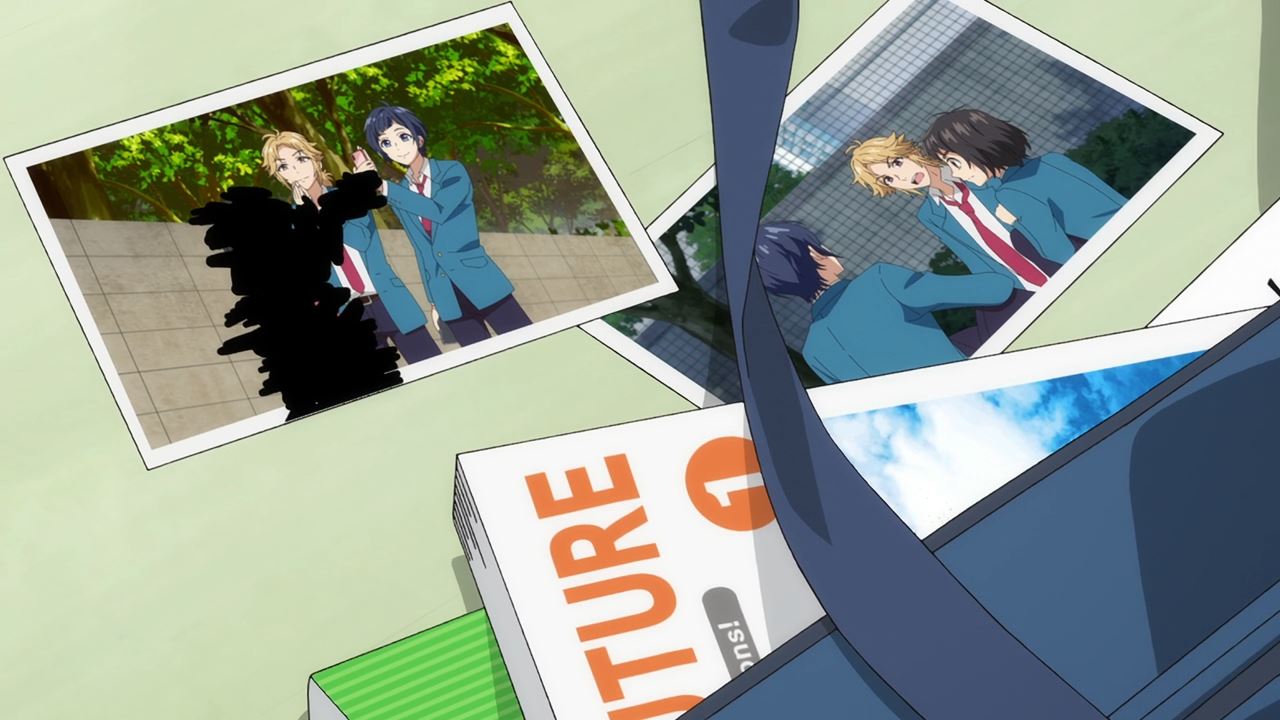 In fact, he hit the nail in the head where Yujiro Someya found those pictures, including the one where Chizuru angrily scribbles Hiyori earlier.

For both Hiyori Suzumi and Juri Hattori, they can’t believe that their friend would do such a thing. 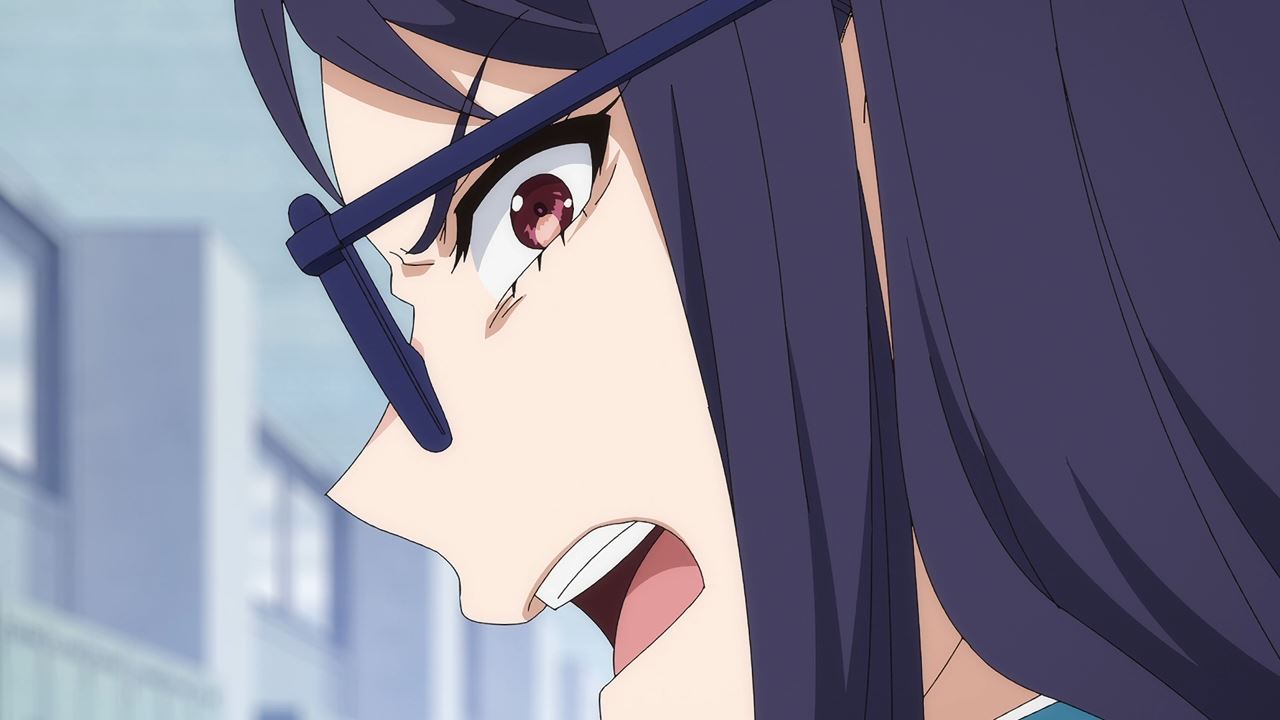 Of course, Chizuru Nakamura blamed Hiyori Suzumi for being close to LIP x LIP. Geez Chizuru, why you have to blame Hiyori for everything even though she’s a normie unlike YOU!? 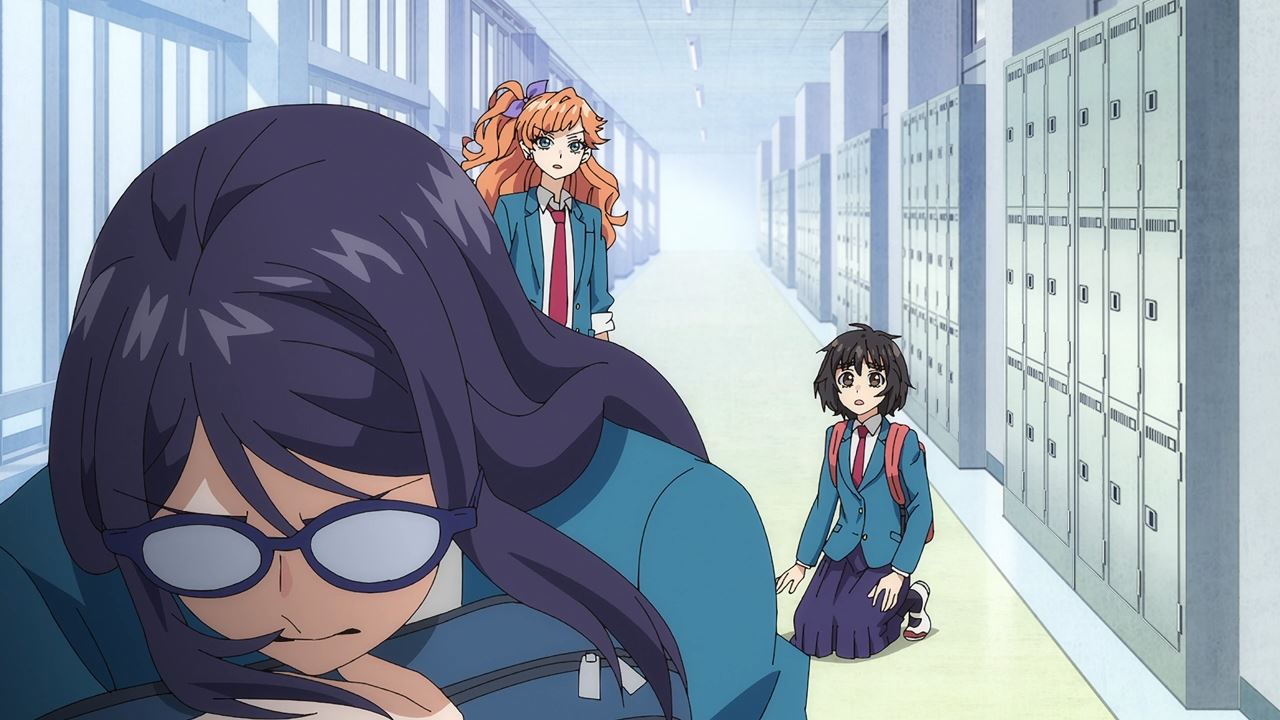 In any case, Chizuru Nakamura is the main perpetrator where it almost cause a ruckus surrounding LIP x LIP, and also costs Hiyoko’s career as a manager-in-training.

Seriously, if Chizuru is under Hiyori’s shoes when managing the boys, other Juliettas would be very jealous towards Nakamura that they’ll pull the same smear campaign.

Also, it’s sucks that Saku Akechi didn’t conduct the investigation personally. None of this would have happened if Akechi-sensei reach out to Nakamura and talk over it. 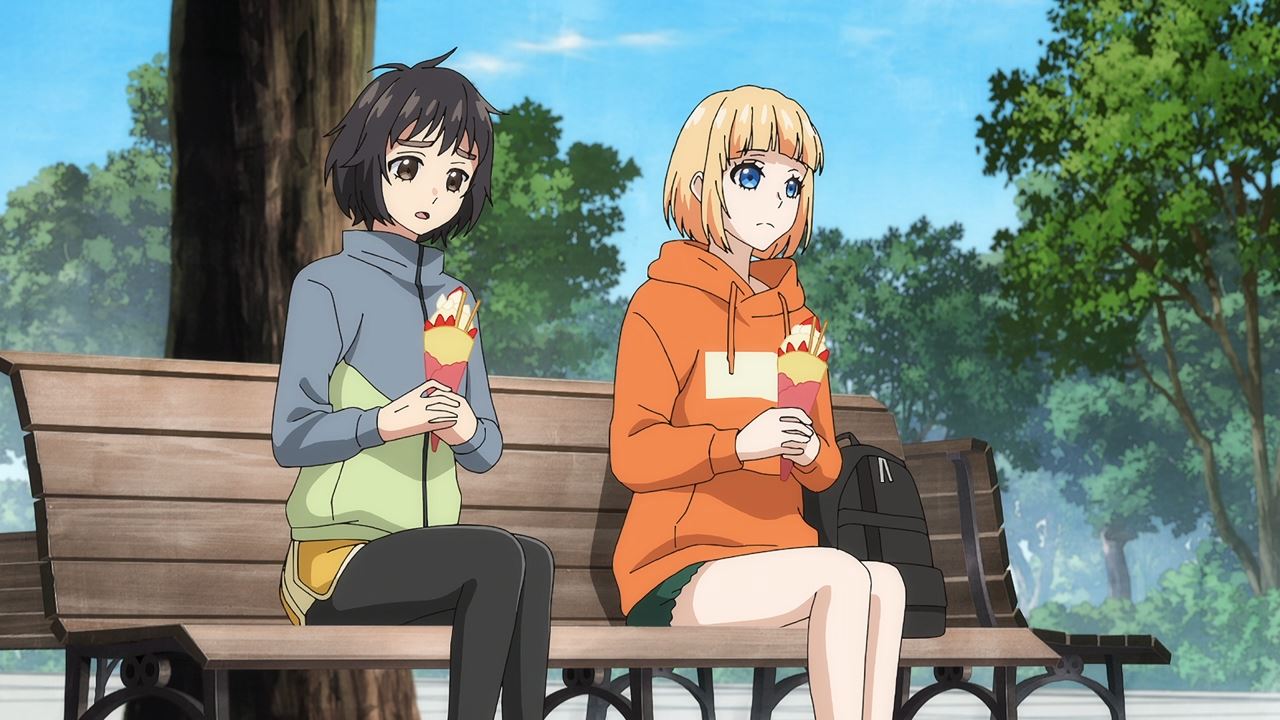 But let’s move onto Hiyori Suzumi where she’s still stunned from Chizuru’s betrayal, yet she has no hard feelings towards her friend.

Anyways, Hiyori talked her problems to Mona Narumi where despite not knowing that she’s an idol, Mona will lend her ears to help Suzumi out. Then again, the only way to solve this problem is to confront it directly as Hiyoko needs to know Chizuru’s true feelings. 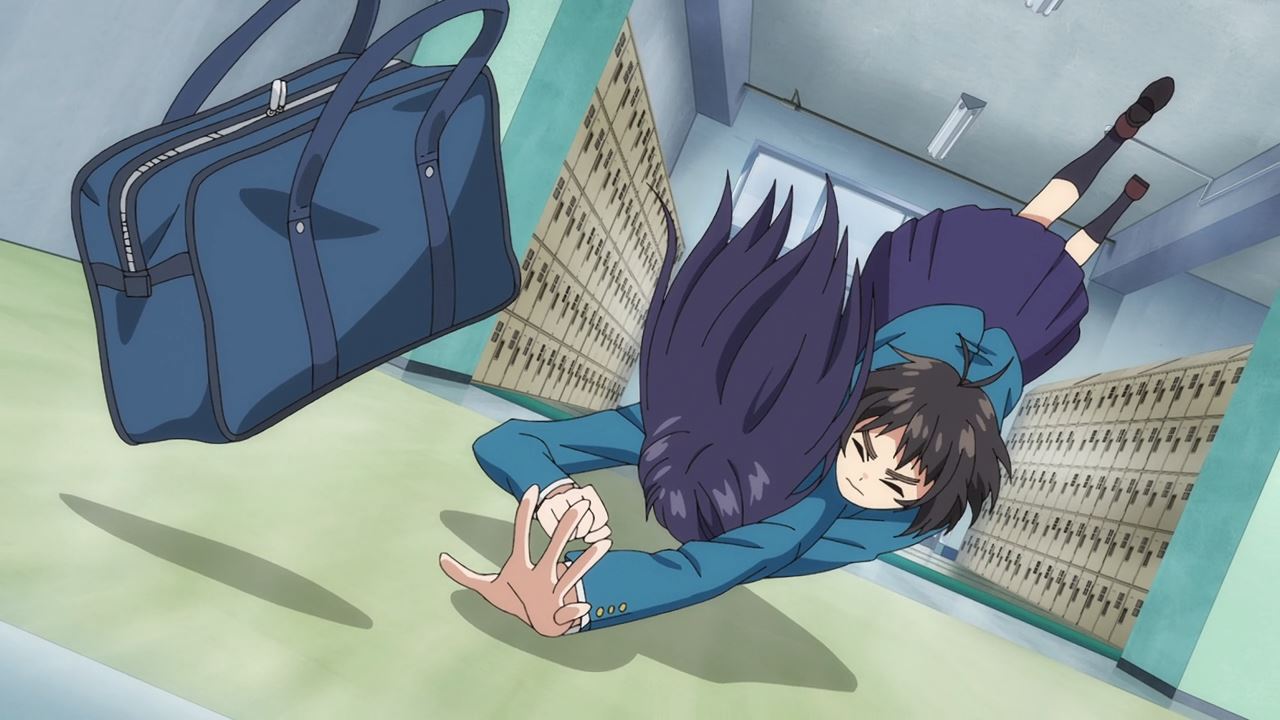 So, Hiyori Suzumi tackled Chizuru Nakamura like a linebacker. Oh boy, we got ourselves a catfight on this episode! 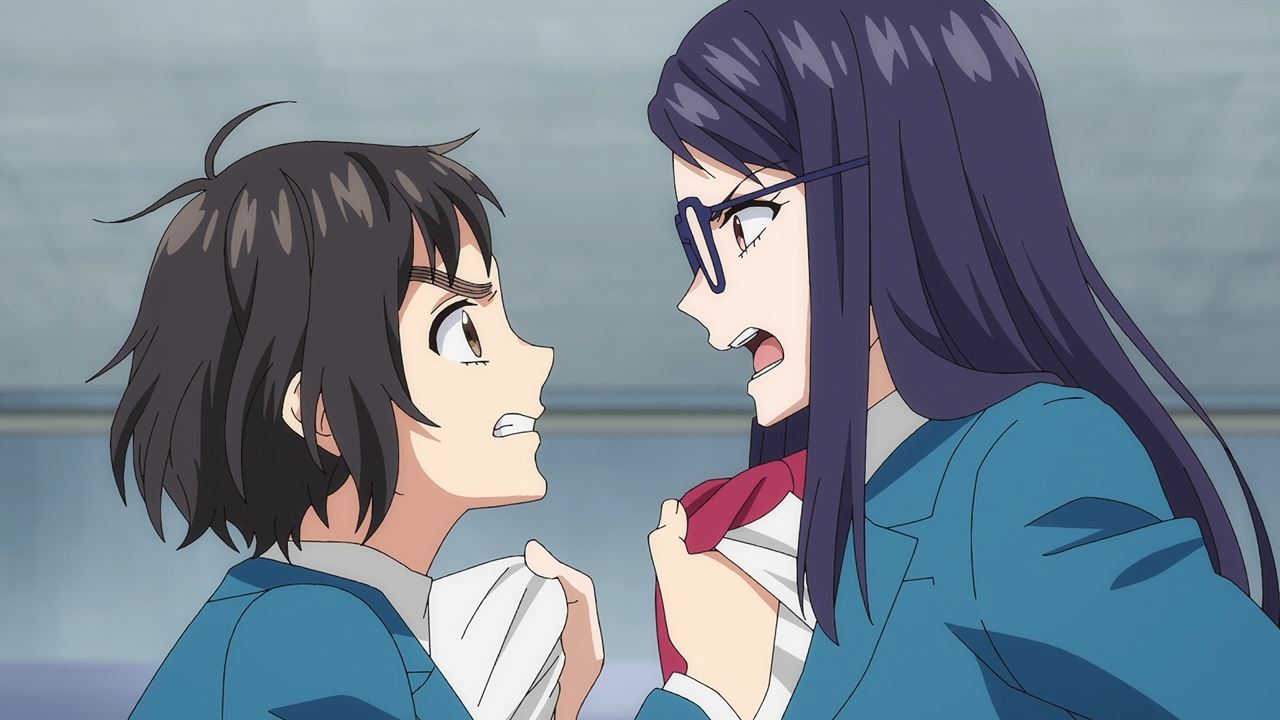 And seriously, I want these two girls to settle their differences with their fists rather than mere words. My bet is that Hiyori will prevail. 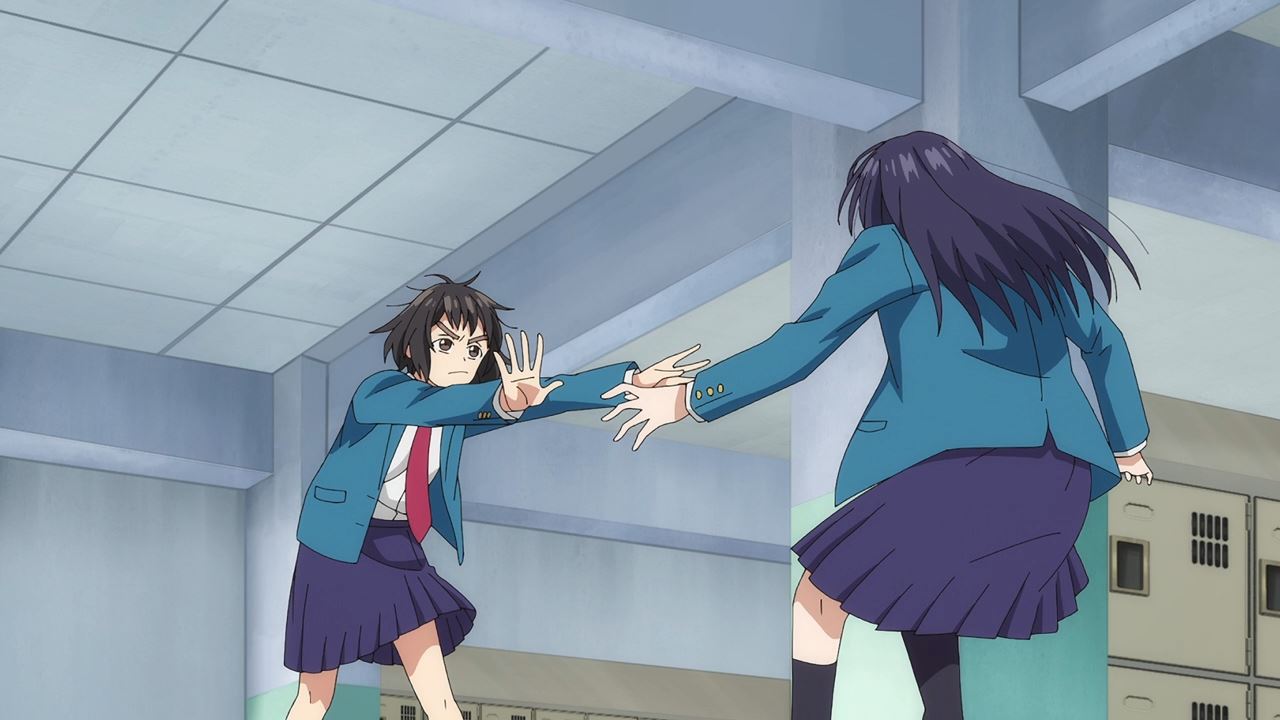 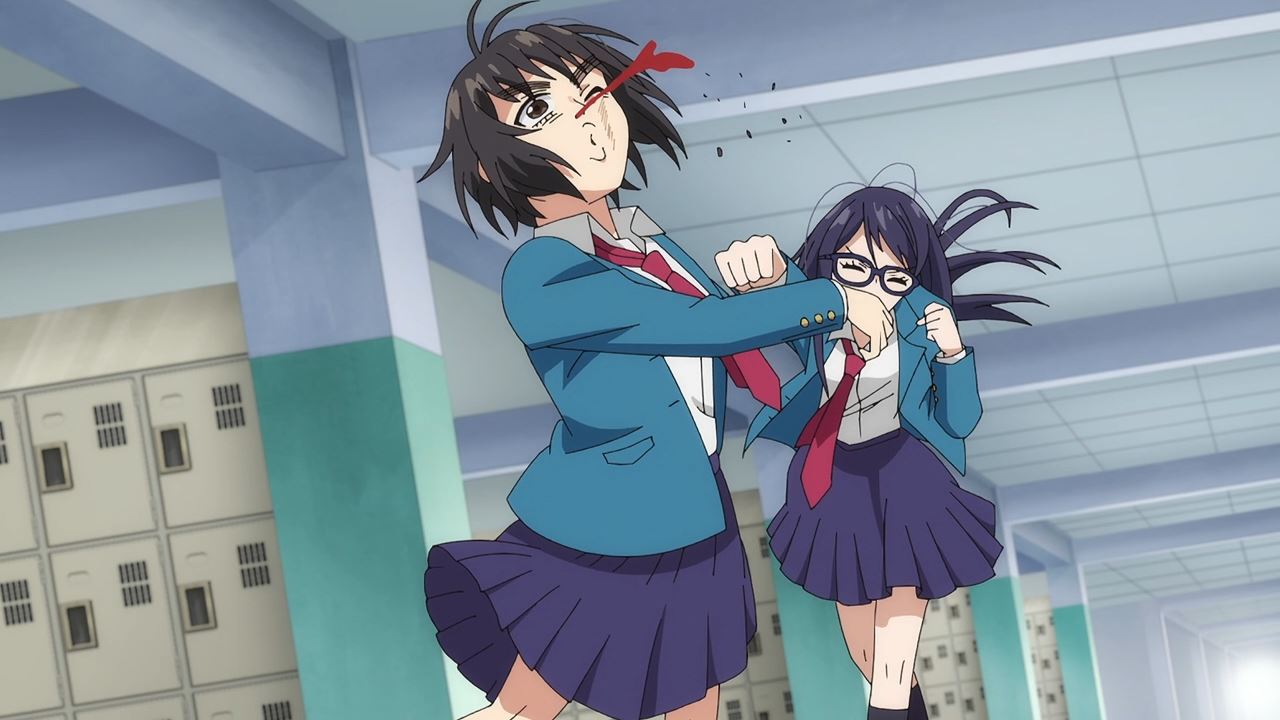 Unfortunately, looks like I lost the bet as Chizuru lands a devastating punch on Hiyoko after the latter pushed the former.

Goddammit Hiyori Suzumi, you supposed to be the athletic type where you can outlast in a boxing match. Then again, she’s more into running than punching girls. 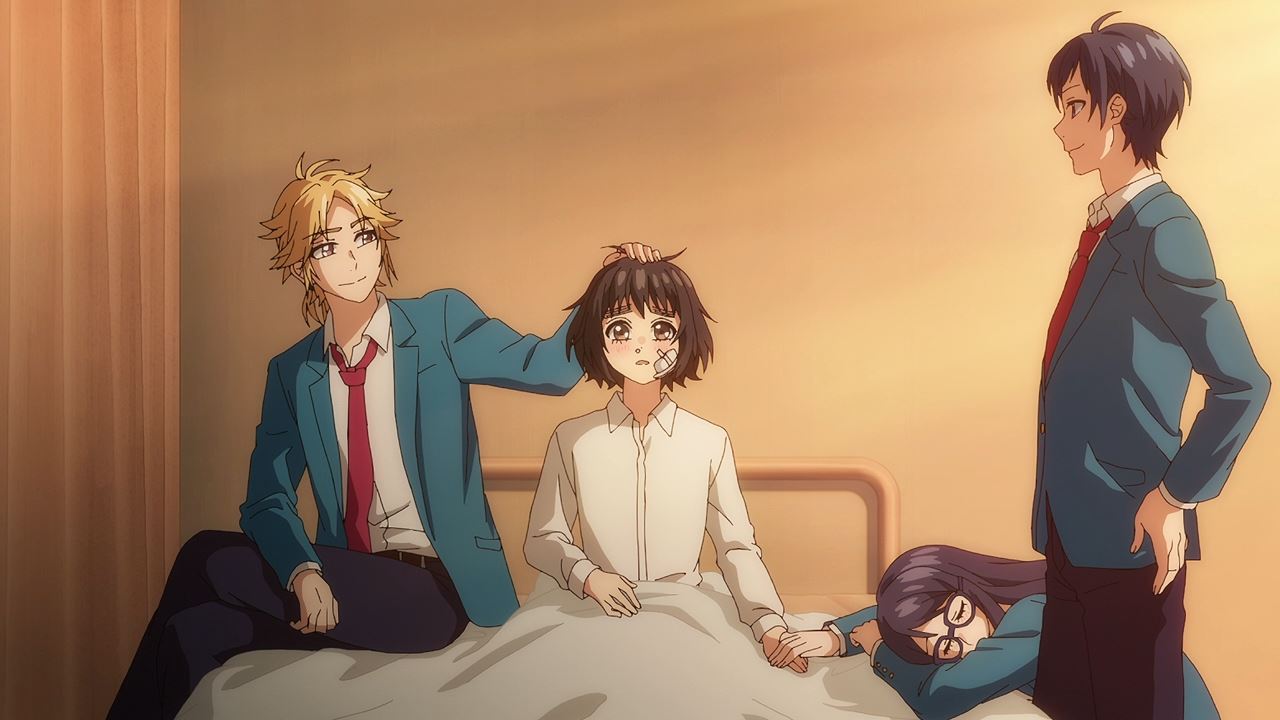 Still, Hiyori Suzumi is okay as someone took her to the infirmary room, possibly Chizuru Nakamura.

Of course, I wonder if Chizuru regretted her actions? Oh wait, there’s no way she’ll do that! 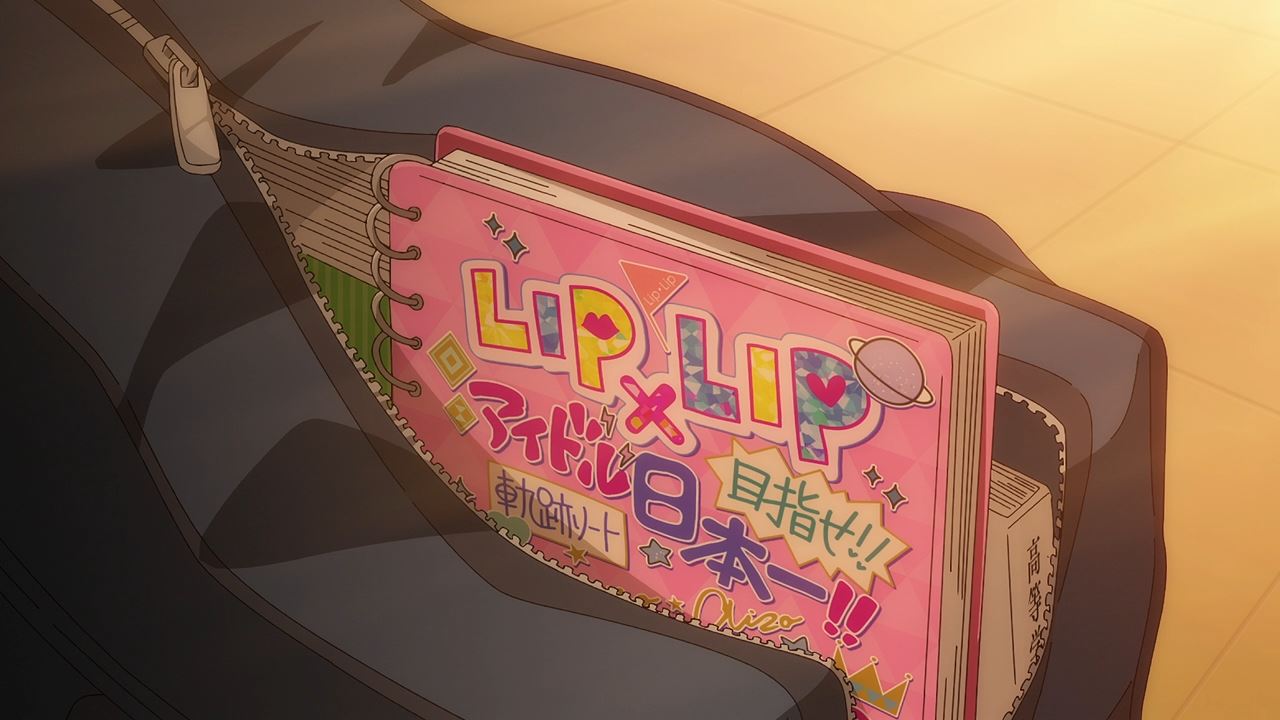 Anyways, looks like the Chizuru Nakamura is revealed to be as Chu-tan and the perpetrator behind the scandalous photos. Of course, what’s gonna happen to Chizuru after punching her friend?

Now then, we’re down to the final stretch as LIP x LIP will perform at the Countdown Live on the last episode!