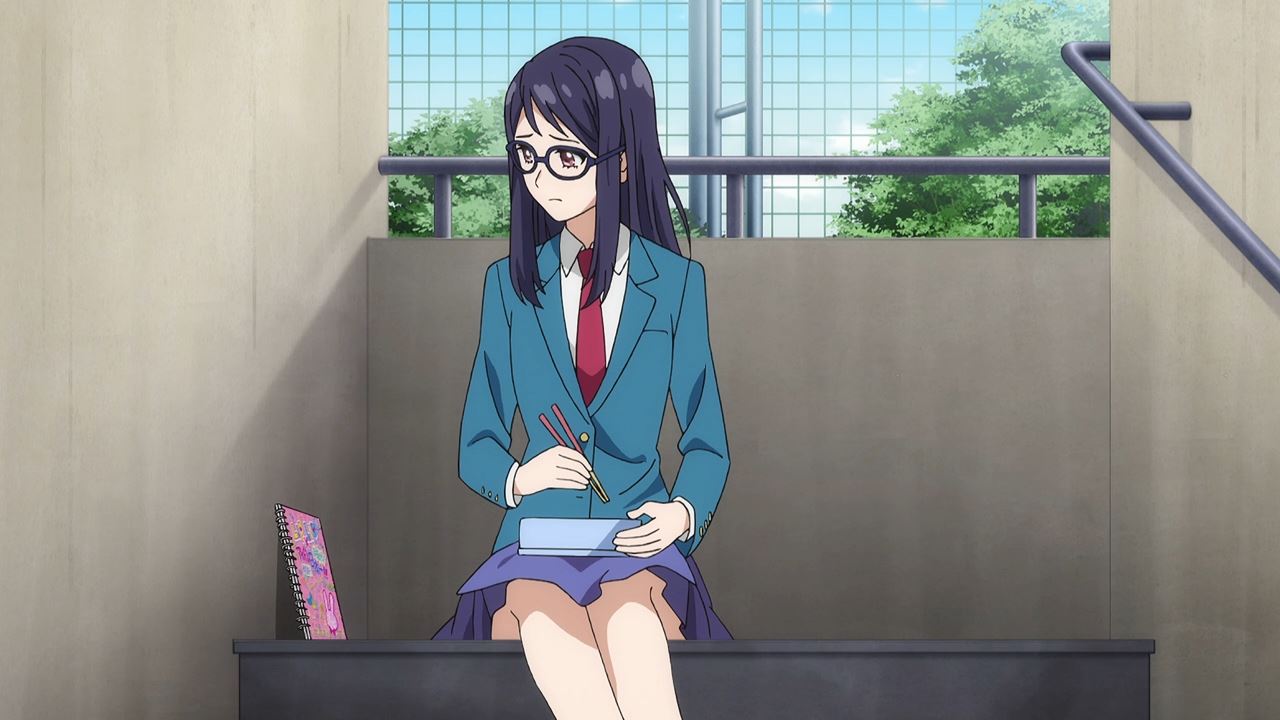 So, remember that notebook on the previous episode? That belonged to Chizuru Nakamura where she’s pondering on whether to throw it away or not.

Speaking of Chizuru, she’s starting to regret her actions after posting those scandalous pictures as well as punching Hiyori Suzumi in the face. 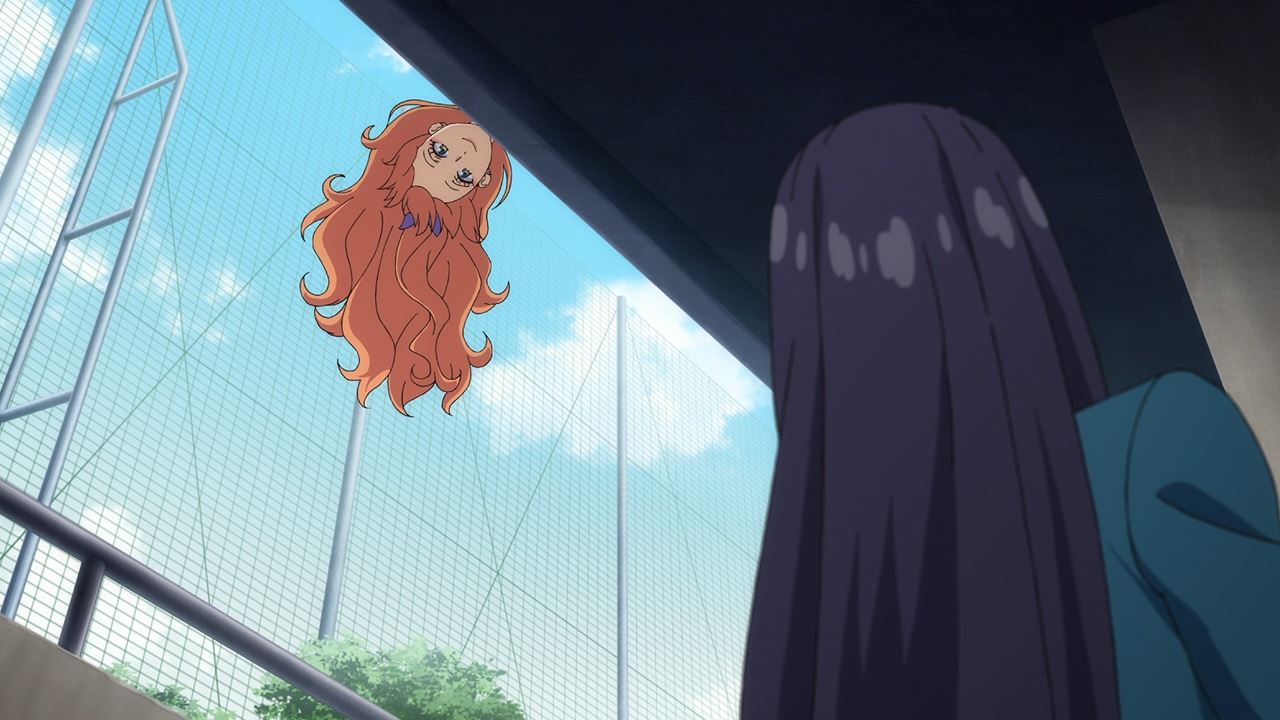 Anyways, here’s Juri Hattori where she wants to talk to Chizuru Nakamura. A heartful conversation between girls is important than just running away. 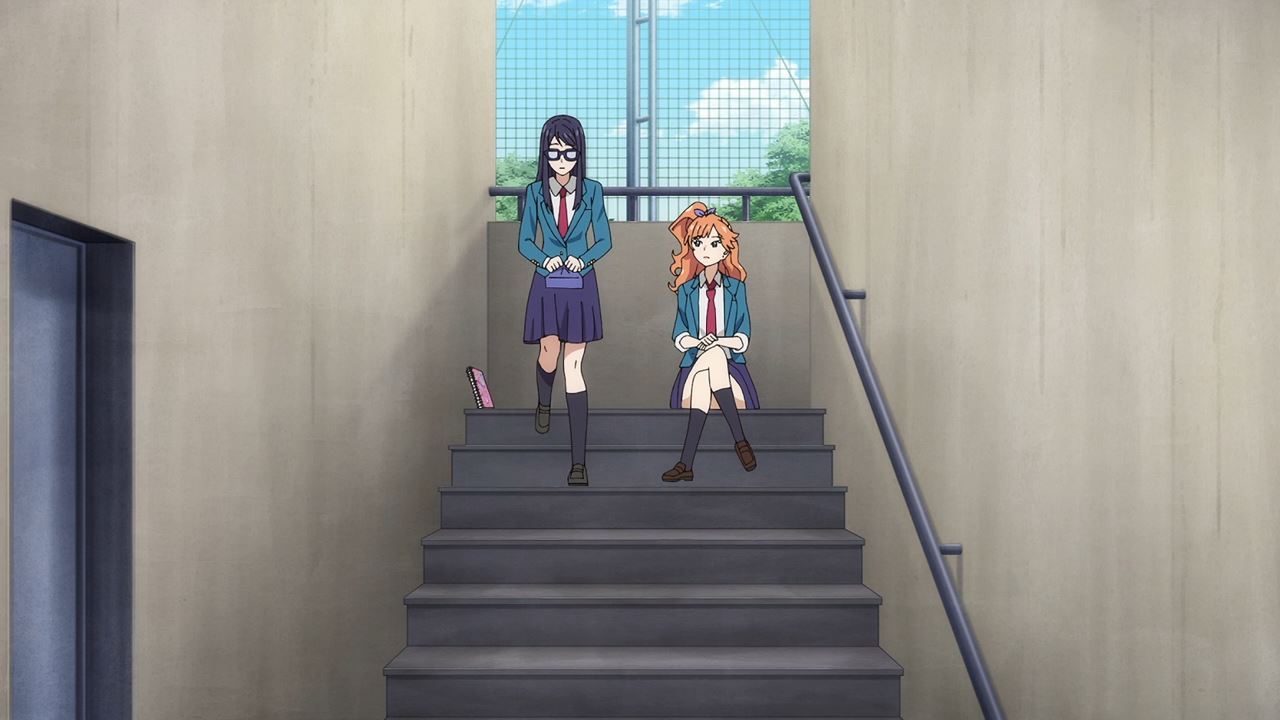 Except that Chizuru decides to do the latter as she don’t want to face Hiyori nor continue her support for LIP x LIP. That’s really unfortunate! 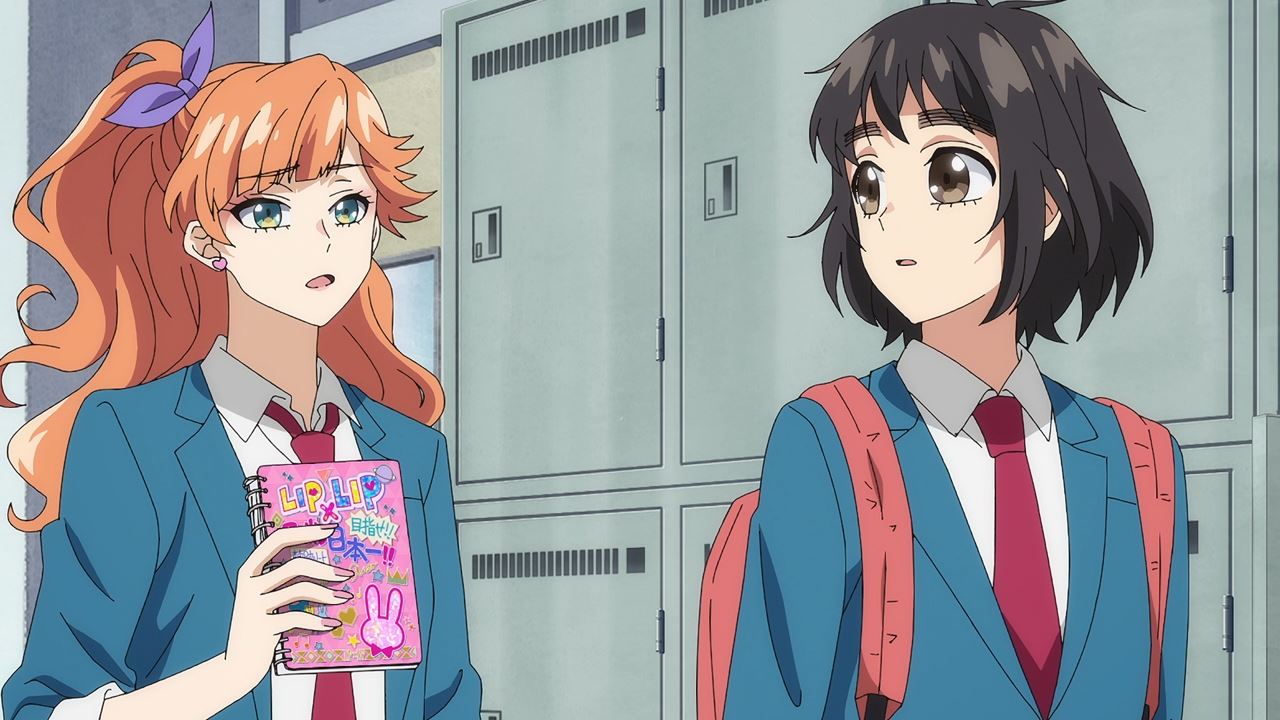 Of course, it’s not like she completely gave up on those two boys as Hiyori Suzumi might reach Chizuru out.

Anyways, Hiyori got her fan notebook from Juri as she’s gonna return it to its rightful owner. Then again, how will she return the notebook is up to her. 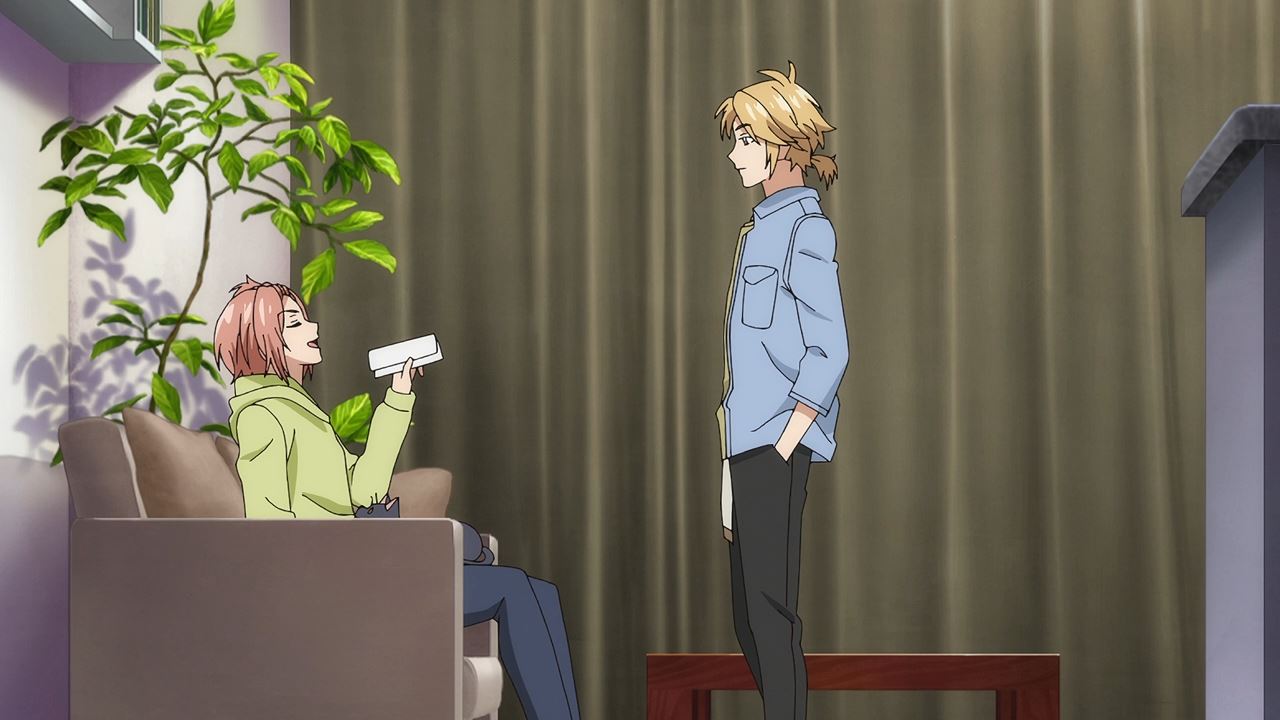 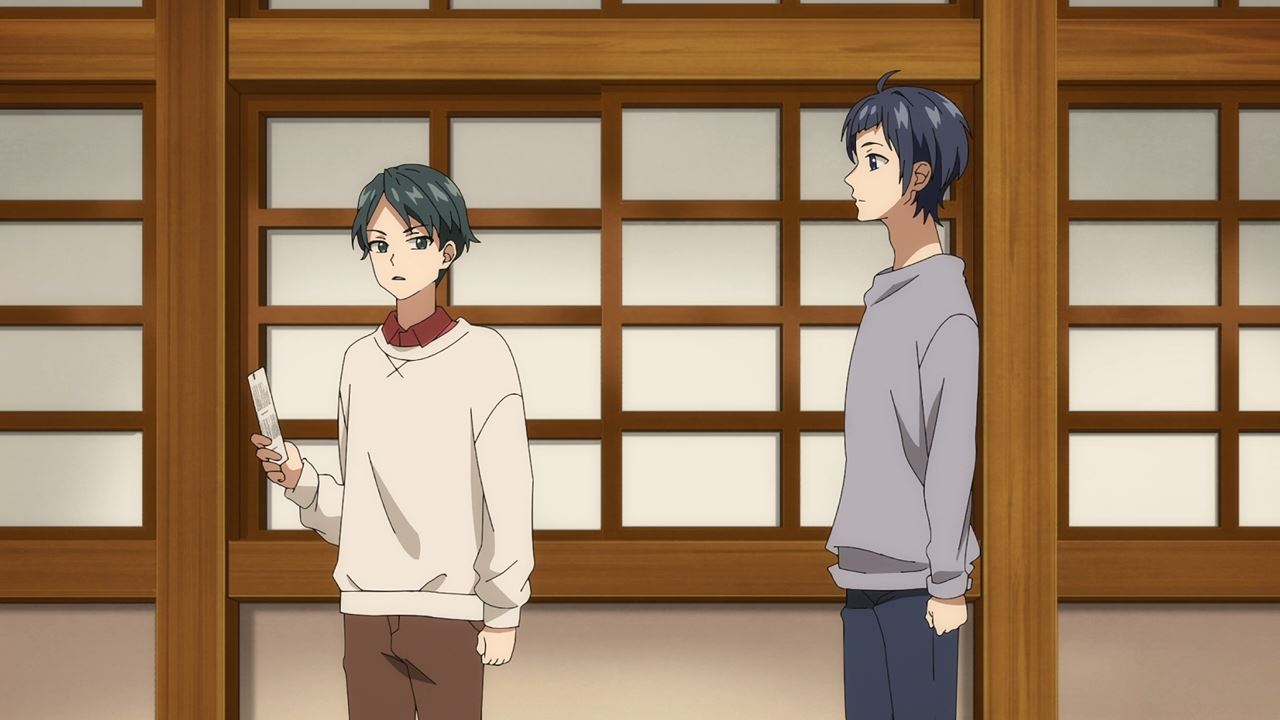 Now let’s move onto LIP x LIP where Aizo Shibasaki and Yujiro Someya are giving tickets to their respective siblings.

While it’s nice that both Ken and Koichiro received tickets from Aizo and Yujiro respectively, I wish they should give one of the tickets to Hiyori Suzumi. 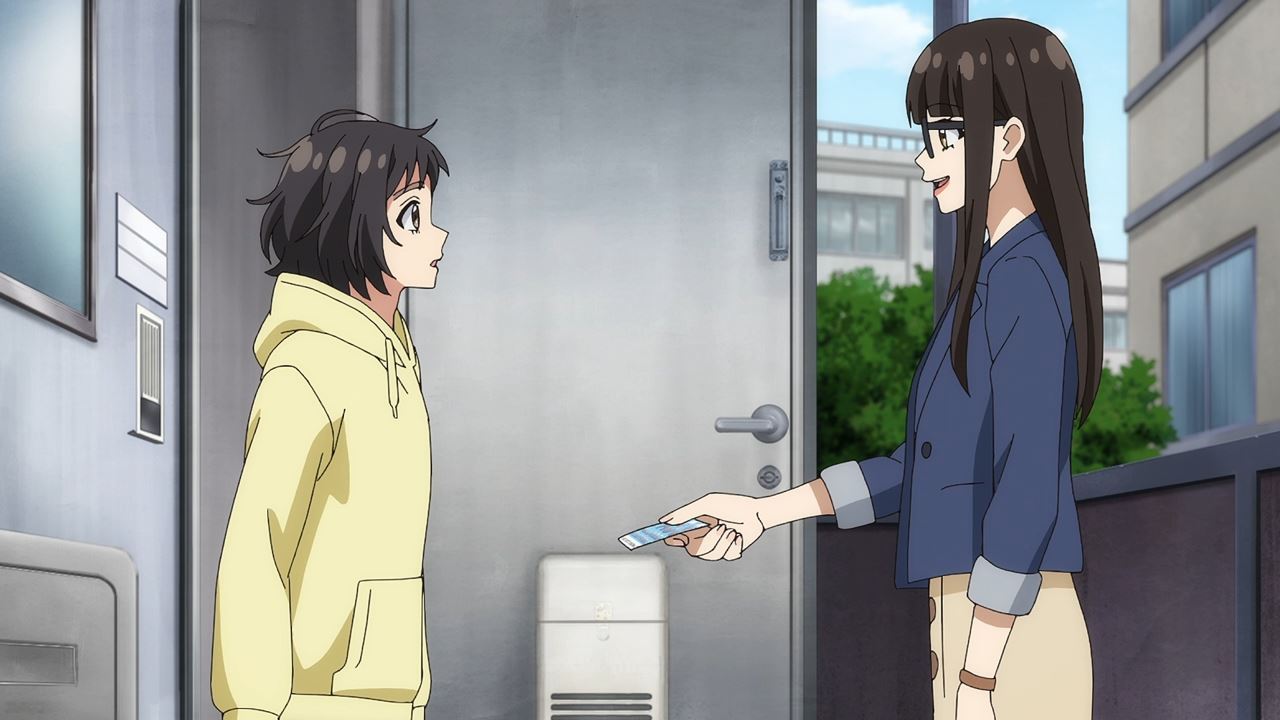 Except that Hiyoko got invited by Mayu Uchida where she needs her service as the manager for LIP x LIP by giving her a staff pass.

C’mon, Mayu-san still sees Hiyori as a great asset to both Aizo-kun and Yujiro, which is why she wants Suzumi to become their manager again. 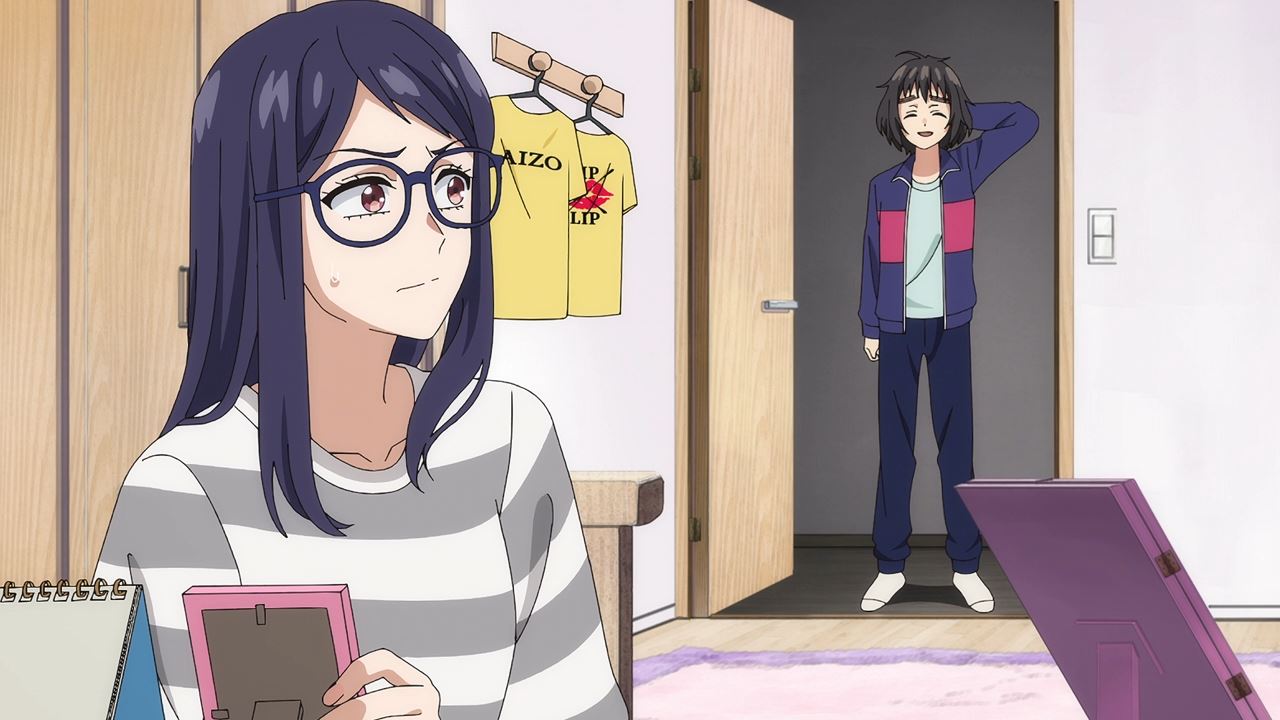 Now that Hiyori Suzumi has returned as LIP x LIP’s manager, it’s time to return the notebook to Chizuru Nakamura where she don’t want it anymore.

Oh really Chizuru or should I say Chu-tan, you’ll really regret it if you didn’t go! 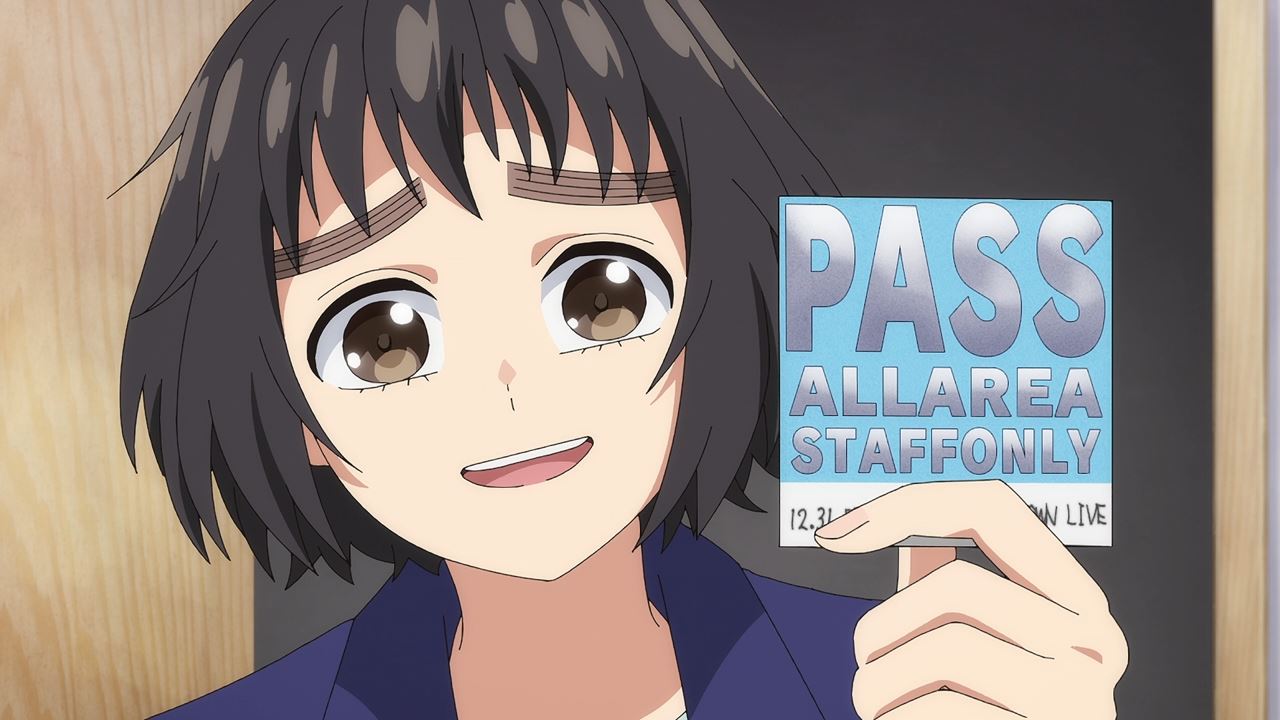 And speaking of Chizuru’s secret identity, Hiyori Suzumi knows who Chu-tan is upon checking her notebook. That’s because she reveals herself as LIP x LIP’s manager-in-training.

For Chizuru Nakamura, she’s surprised yet regretted that she harassed Hiyori because of her obsession with Aizo Shibasaki. Then again, it’s all in the past now! 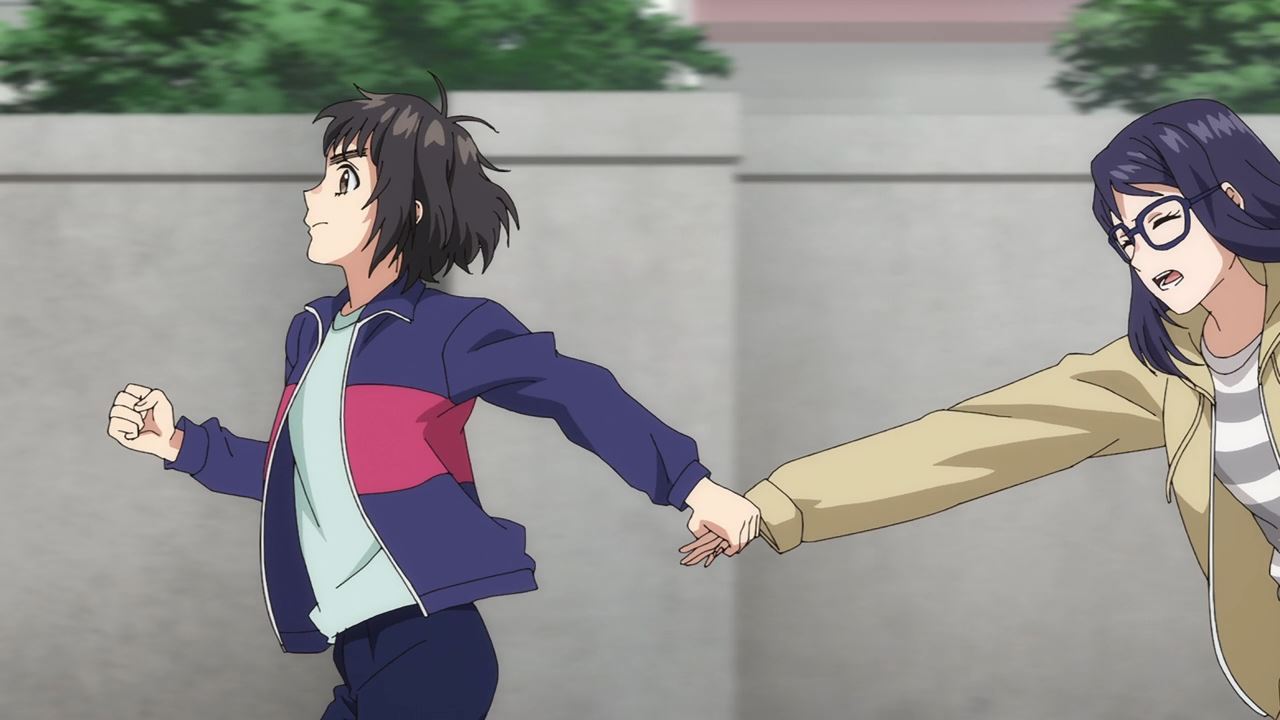 Well then, no time to waste as Hiyori drags Chizuru towards the concert venue. Let’s hope that Chu-tan has that ticket for the Countdown Live! 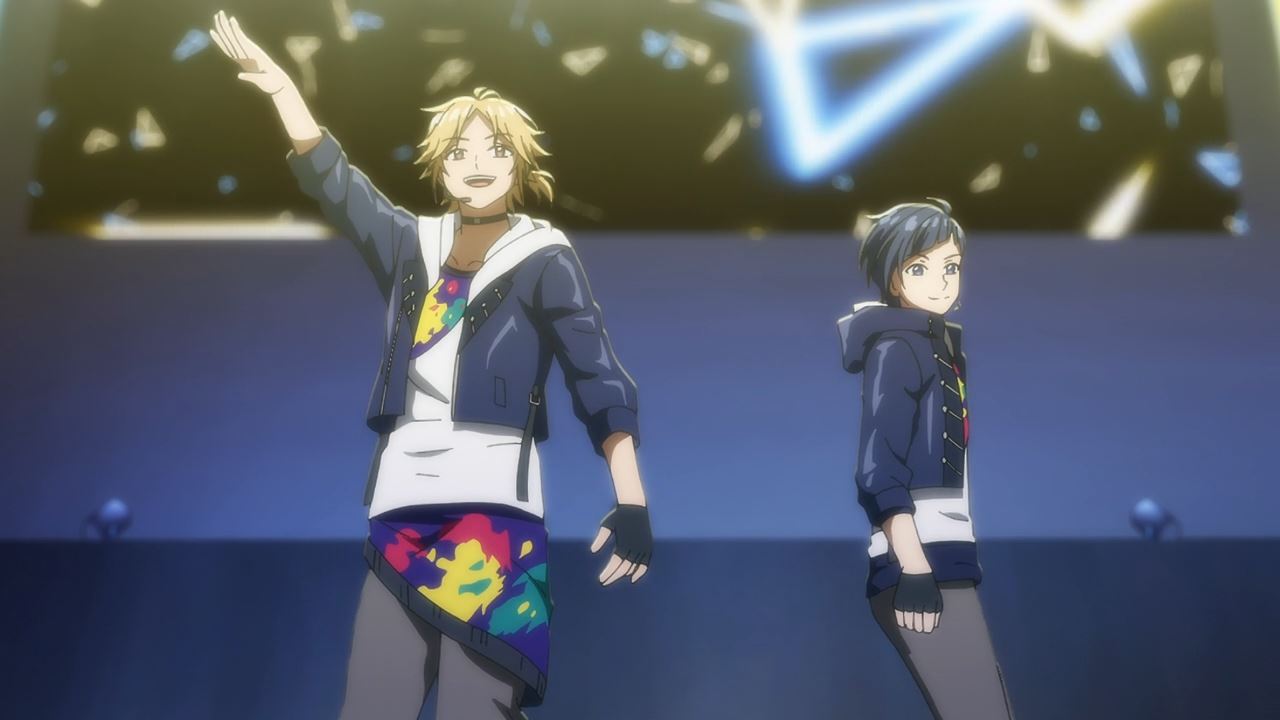 But here’s LIP x LIP where they perform “Yappa Saikyou” at the Countdown Live. Gotta say that despite the controversy, they put a great show to their Juliettas. 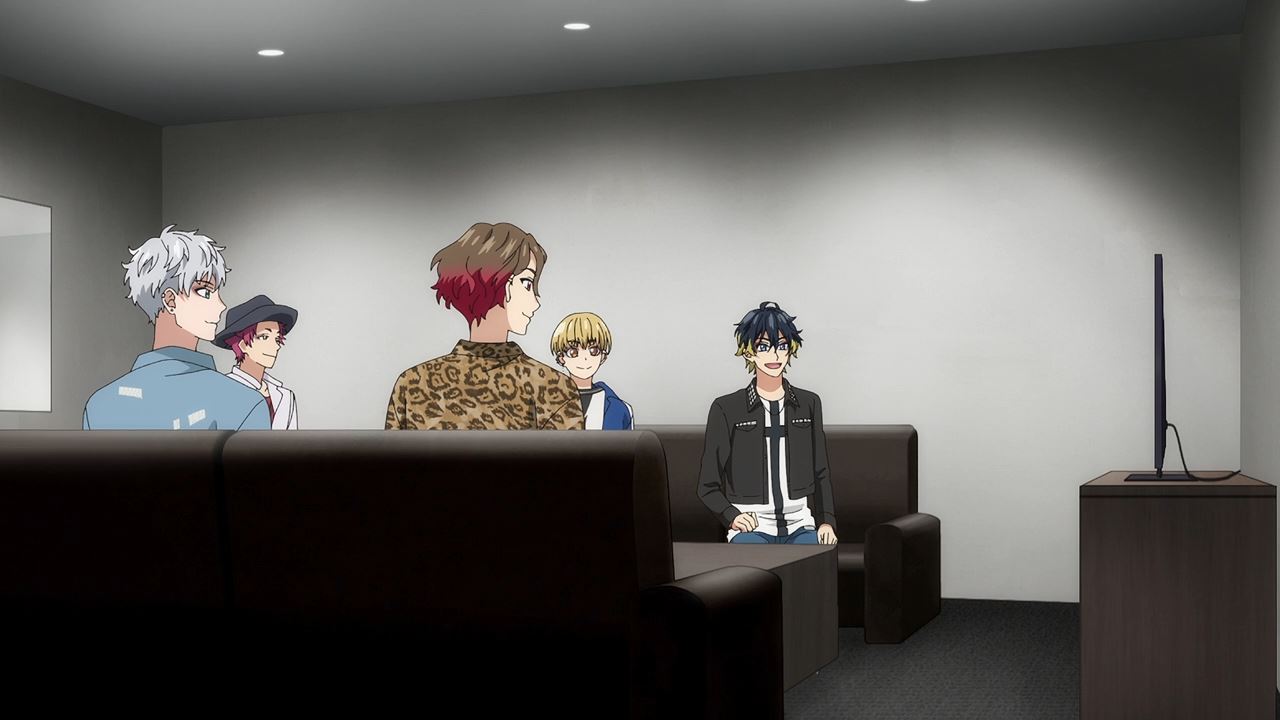 For Full Throttle 4, they’re really surprised that both boys have grown tremendously, although I still bet that Aizo and Yujiro continue their bickering outside the stage. 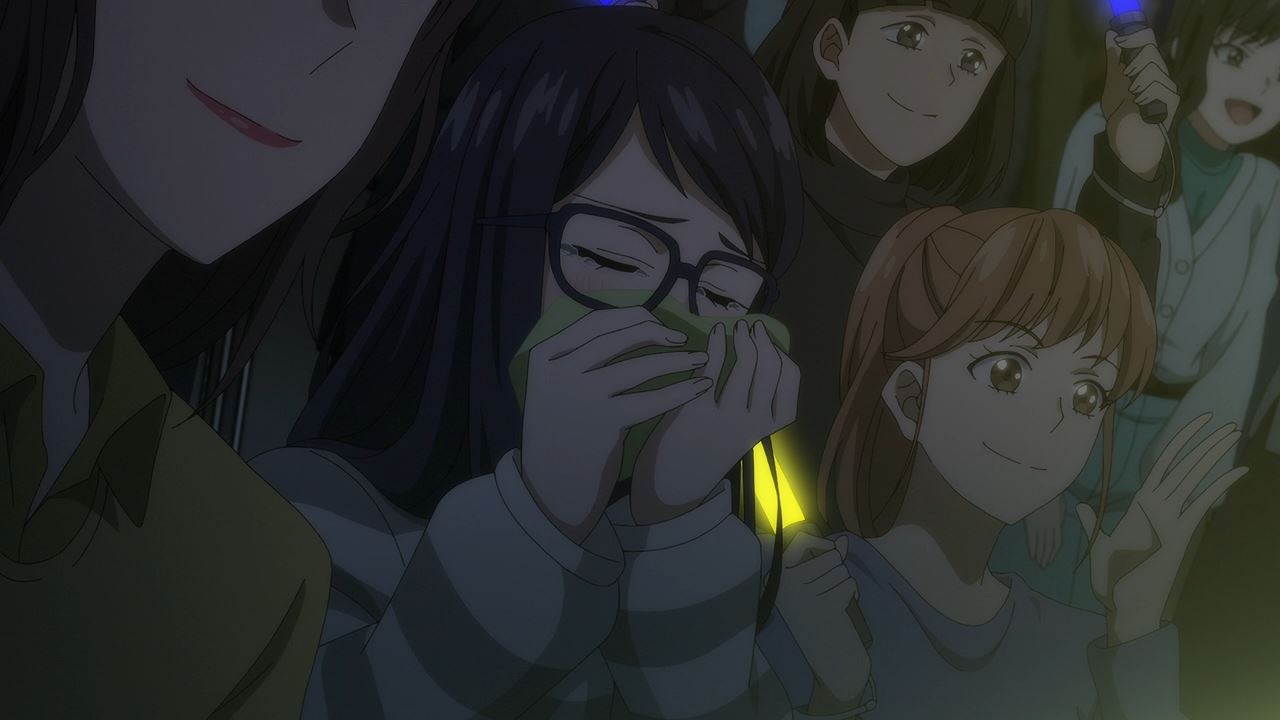 Oh yeah, she’s not wearing any makeup today which is fine as Chizuru should enjoy the show as herself and not her alter ego. 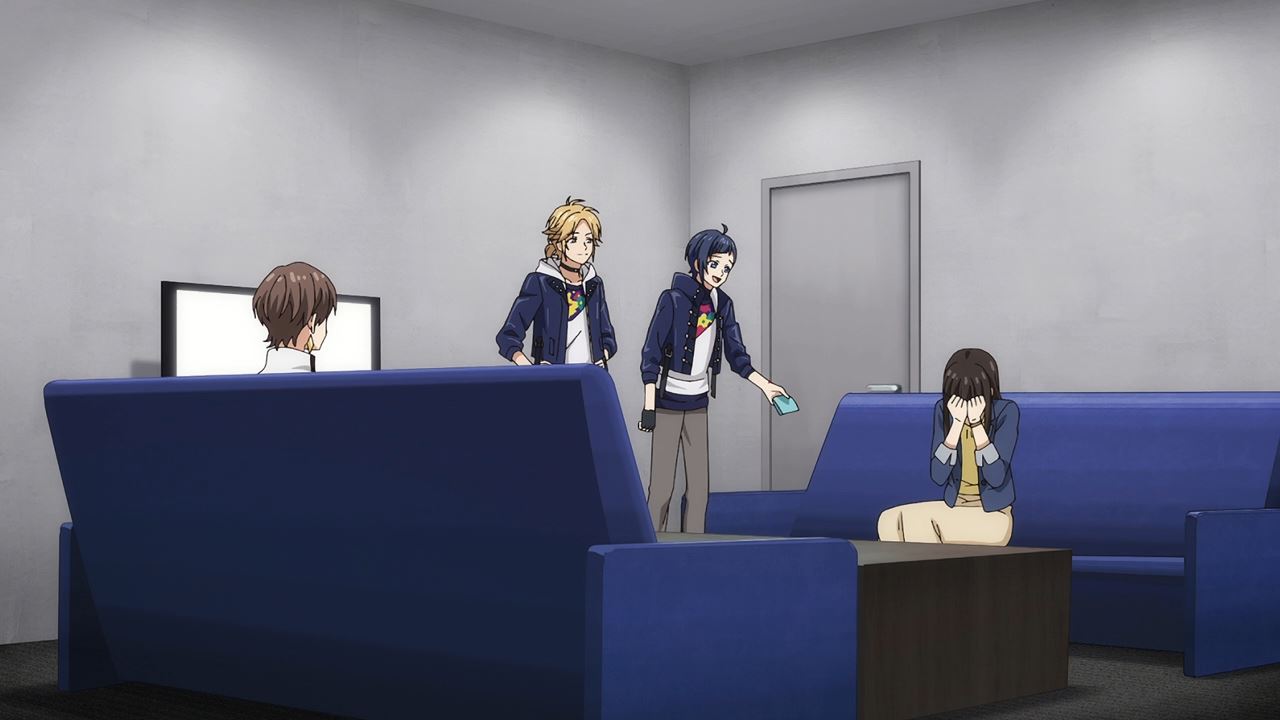 As for the staff at Mebius Productions, they’re really proud that LIP x LIP put a stunning show at the Countdown Live. Even Mayu Uchida shows some tears of joy now that the boys made it big. 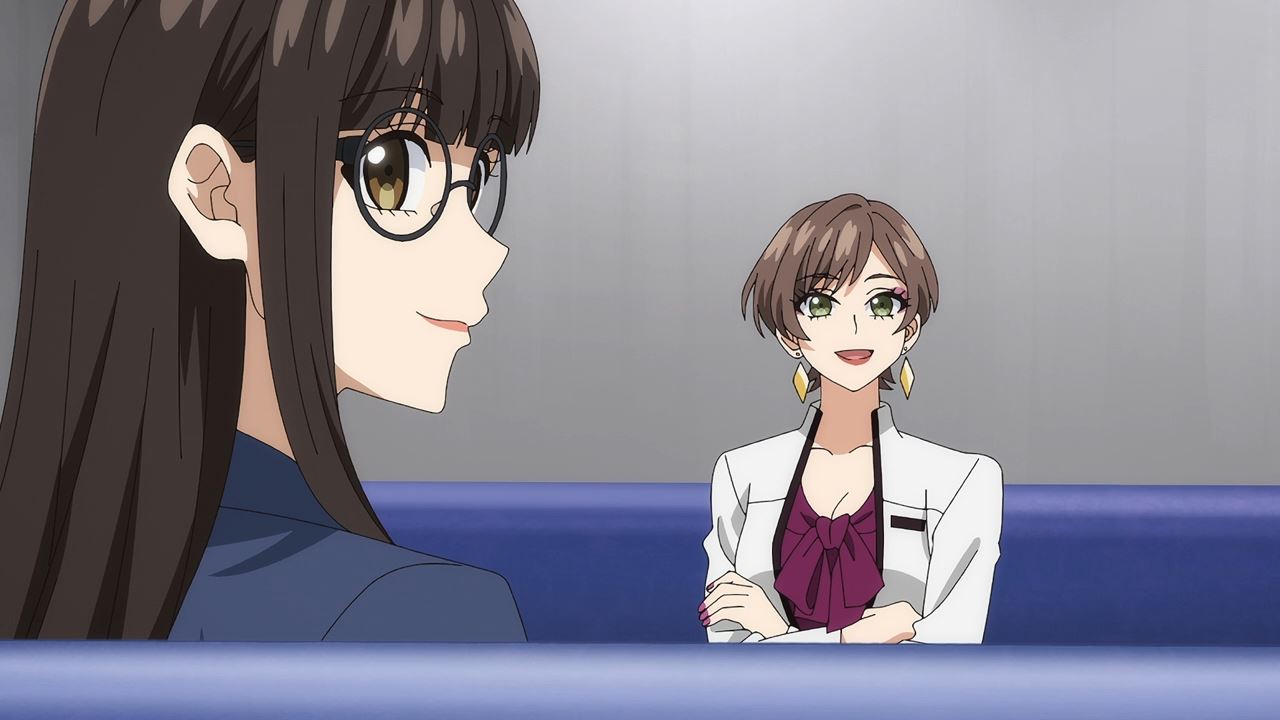 At this point, Hiyoko is really suitable to handle those two rowdy boys, but what about her dream as a world-class athlete? 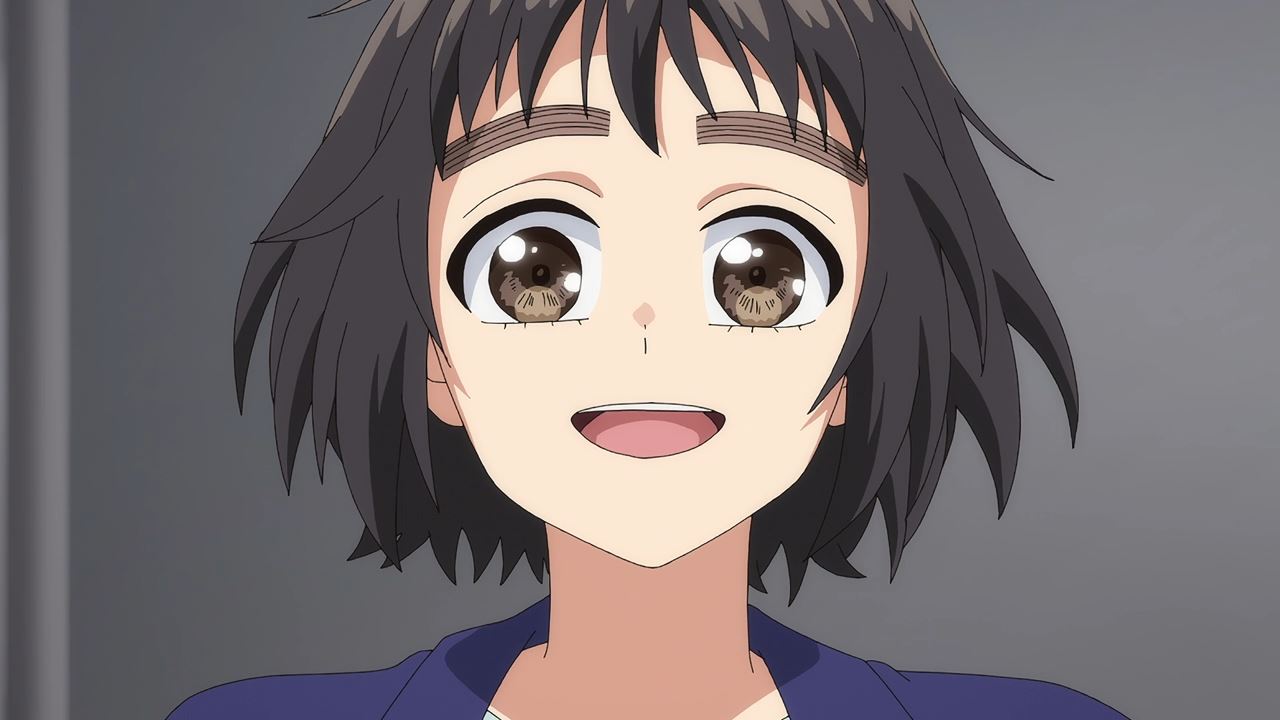 Well, she’ll do it both as Hiyori Suzumi returns as LIP x LIP’s manager. Let’s hope that it’ll be permanent this time around.

Of course, I’m still bitter that Chizuru posted those scandalous pictures, not knowing that she hurt a friend who help those two boys becoming the best idols in Japan. 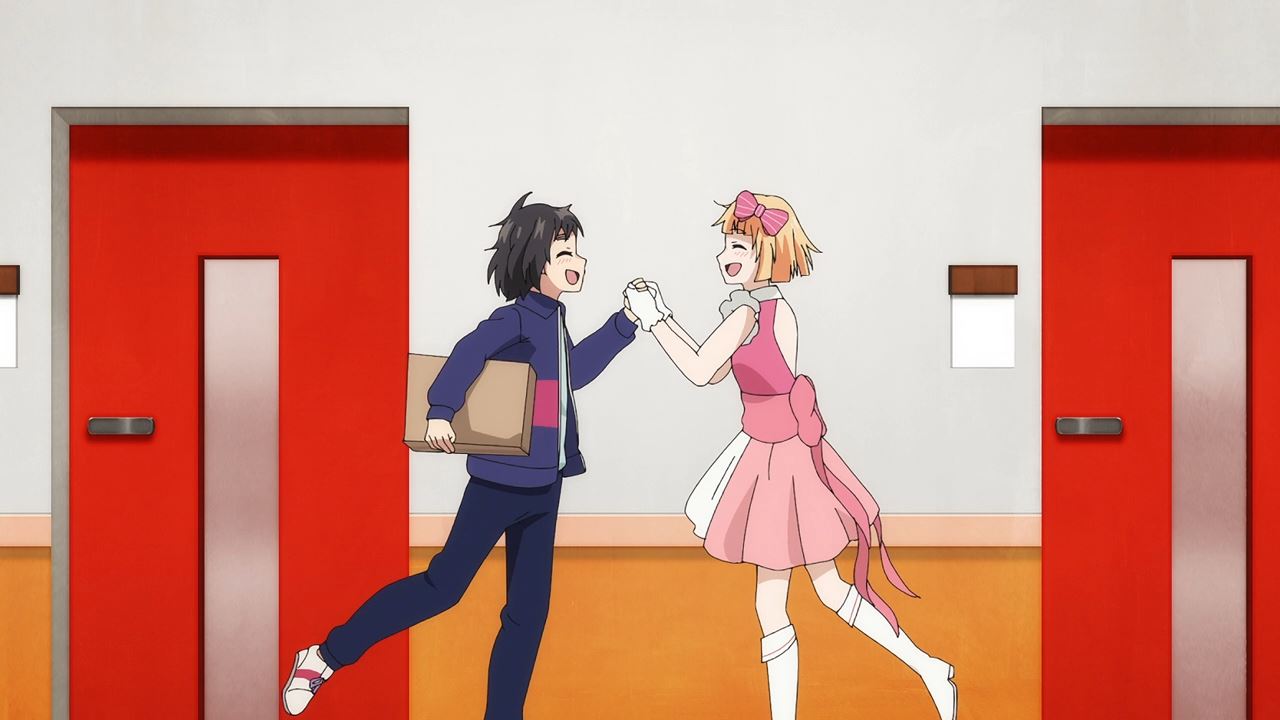 But yes, all ends well that ends well where Hiyori will continue her role as a manager while pursuing her athletic dream at the same time.

Not only that, but Hiyoko met Mona Narumi again, this time as an idol from a different talent agency. She’s really lucky to meet other idols. 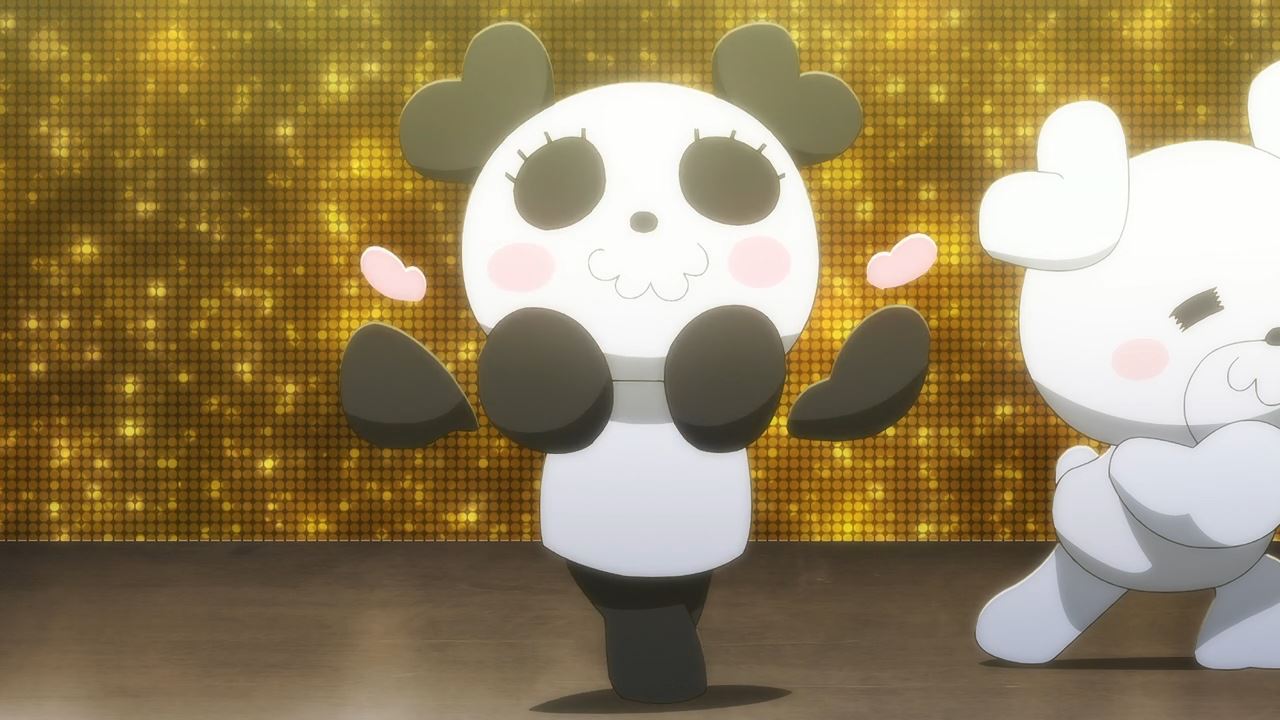 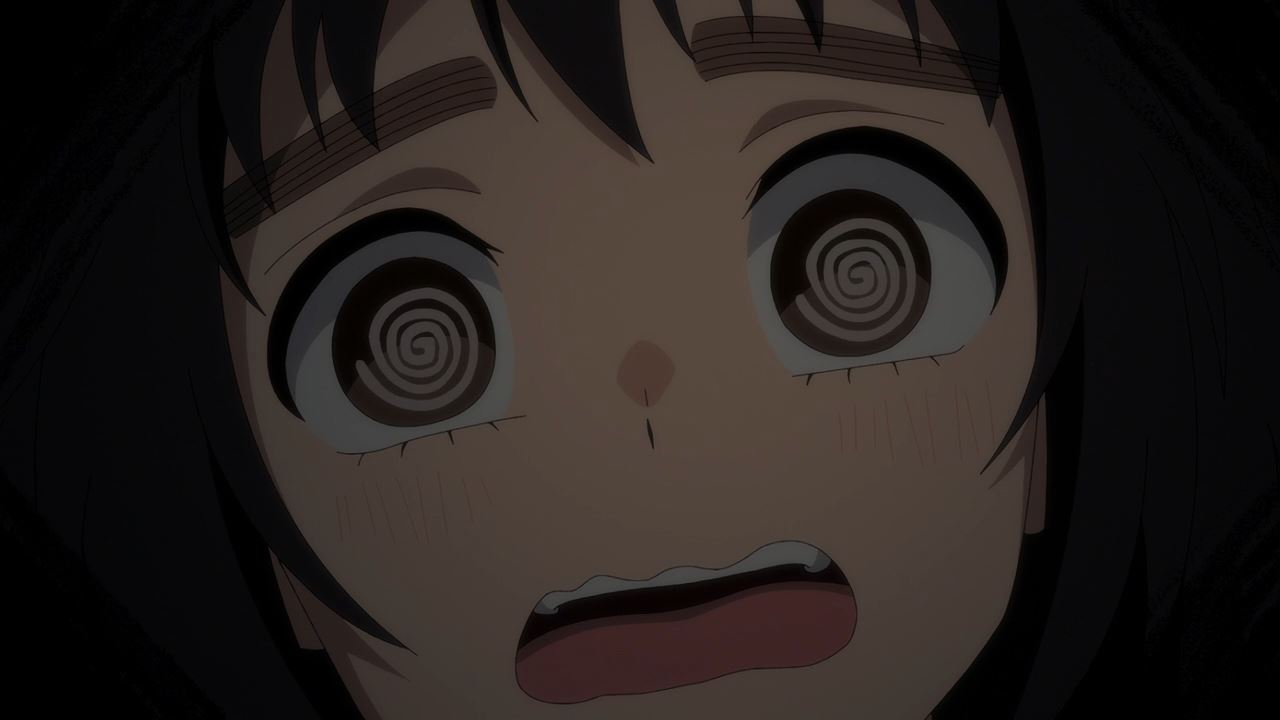 Then again, let’s not forget that Aizo Shibasaki and Yujiro Someya played some pranks from time to time as Hiyori Suzumi participated in their performance while wearing a kigurumi costume.

Poor Hiyoko, seems that she’s getting a bit dizzy after spinning around like a top. 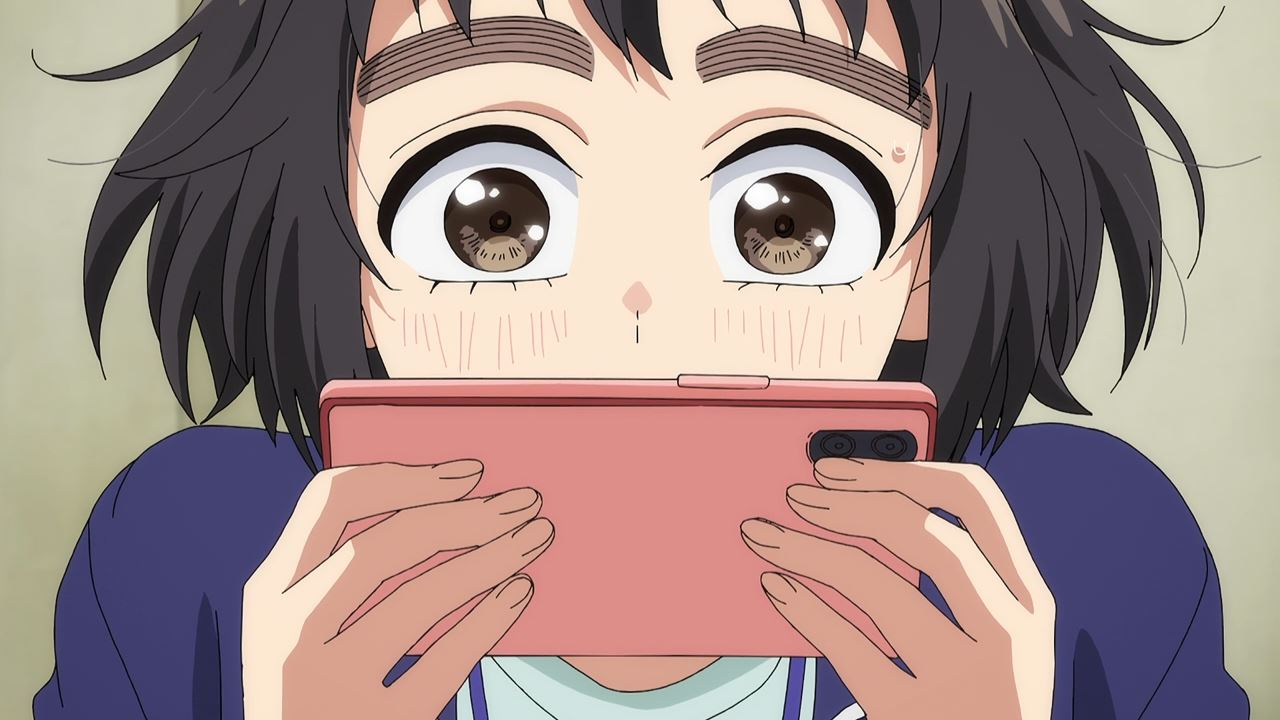 But hey, it looks like Hiyori Suzumi got some fanservice from LIP x LIP upon looking at her smartphone. 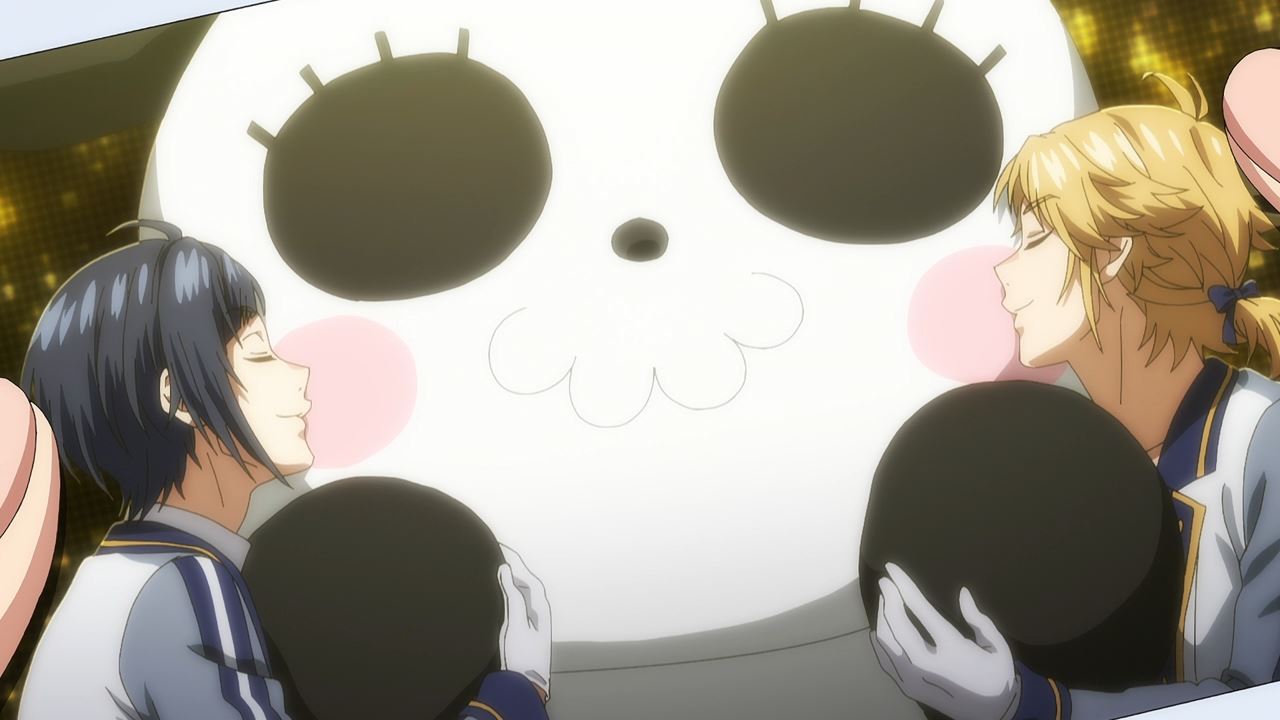 Oh boy, a kiss to the cheek by both Yujiro and Aizo. Let’s not show it to Chu-tan, okay?

And that concludes Heroine Tarumono!, a nice anime show based on Honeyworks’ Confession Executive Committee. Should I have some time, I might watch those movies as well.

Anyways, time to say goodbye as I wish Hiyori Suzumi good luck in managing those boys while attaining her dream as an athlete!