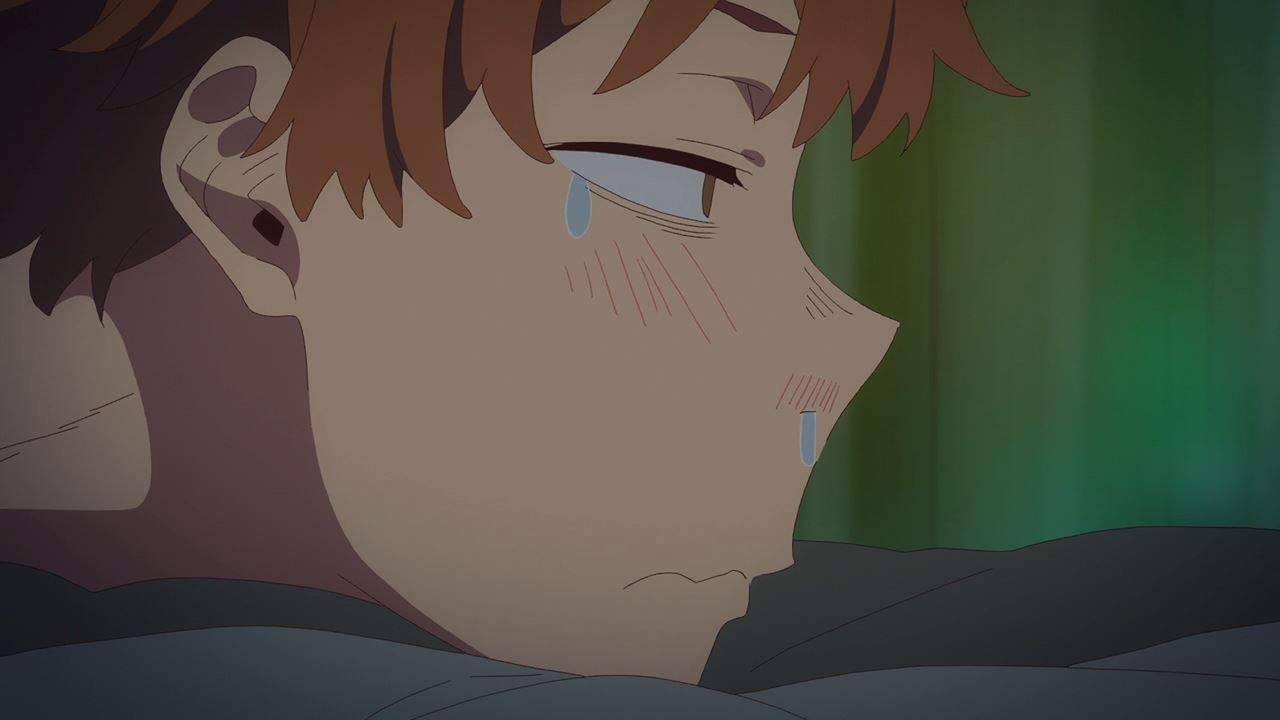 This is Kazuya Kinoshita where this loser protagonist is still acting pathetic as ever, all because of Mami Nanami dumping him that Kazuya resorts to renting Chizuru Mizuhara as his girlfriend.

But now, it’ll end soon as Chizuru will make or break into the entertainment industry by getting an outstanding stage performance. Also, I think Kinoshita should wipe the snot from his nose. 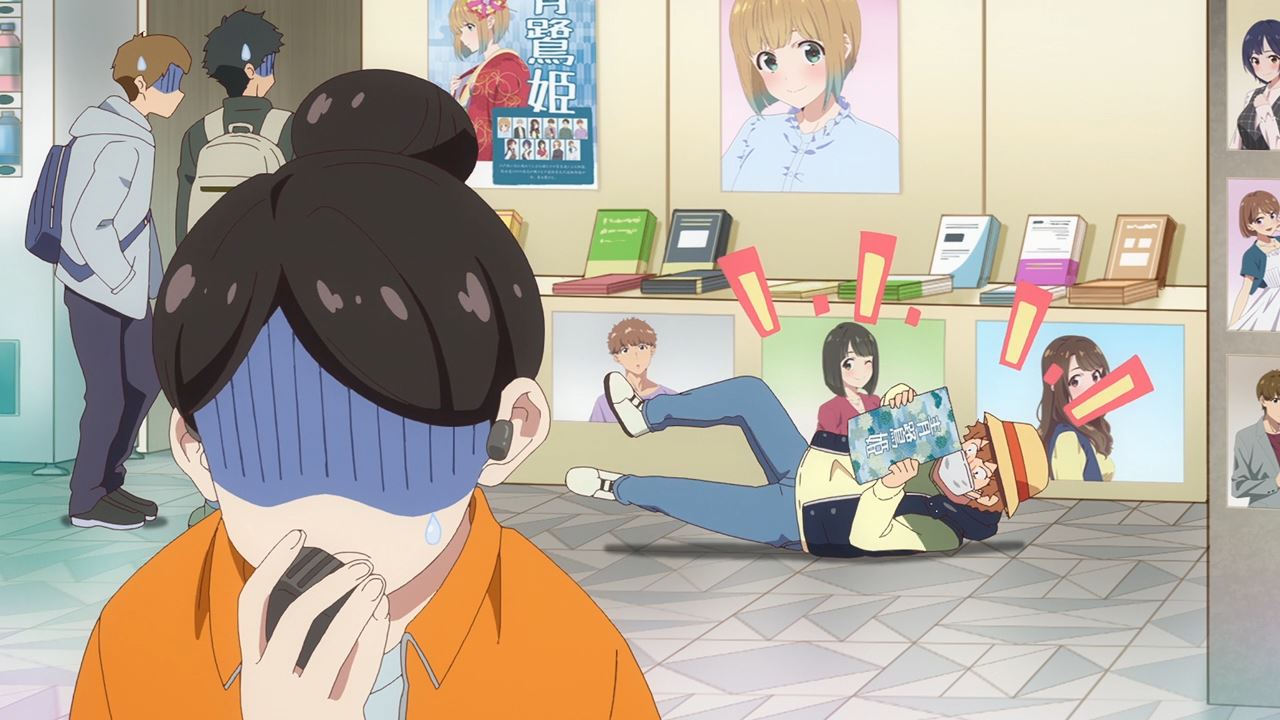 Anyways, here’s Kazuya Kinoshita where he went to the theater to watch “The Heron Princess” stage play where Chizuru Mizuhara will take part as a supporting role, albeit using her real name Chizuru Ichinose.

By the way, the staff called security today where they saw a maniac at the concourse area. Fortunately Kazuya managed to stop acting like a weirdo and went inside the stage. 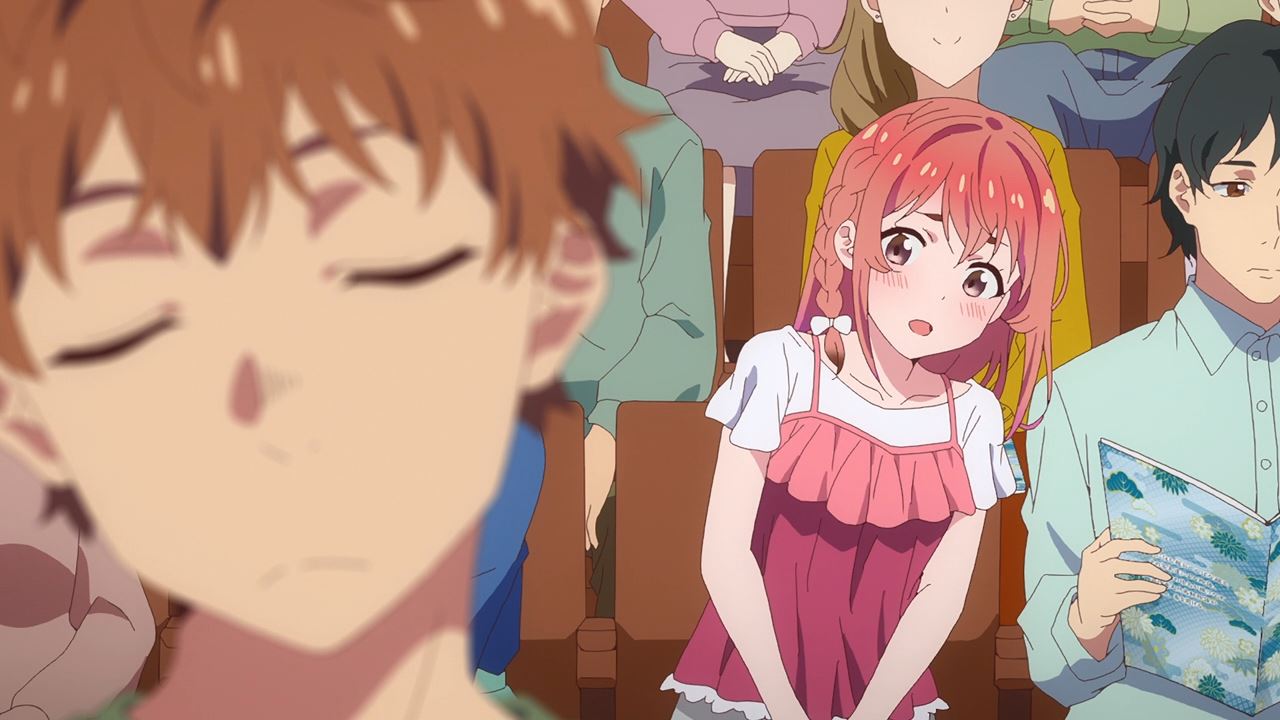 Meanwhile, looks like Sumi Sakurasawa is inside the theater as she tries to call Kazuya, but she’s too late as the stage play is about to start.

Also, isn’t it sad that Sumi is being demoted to just a background character on this episode? 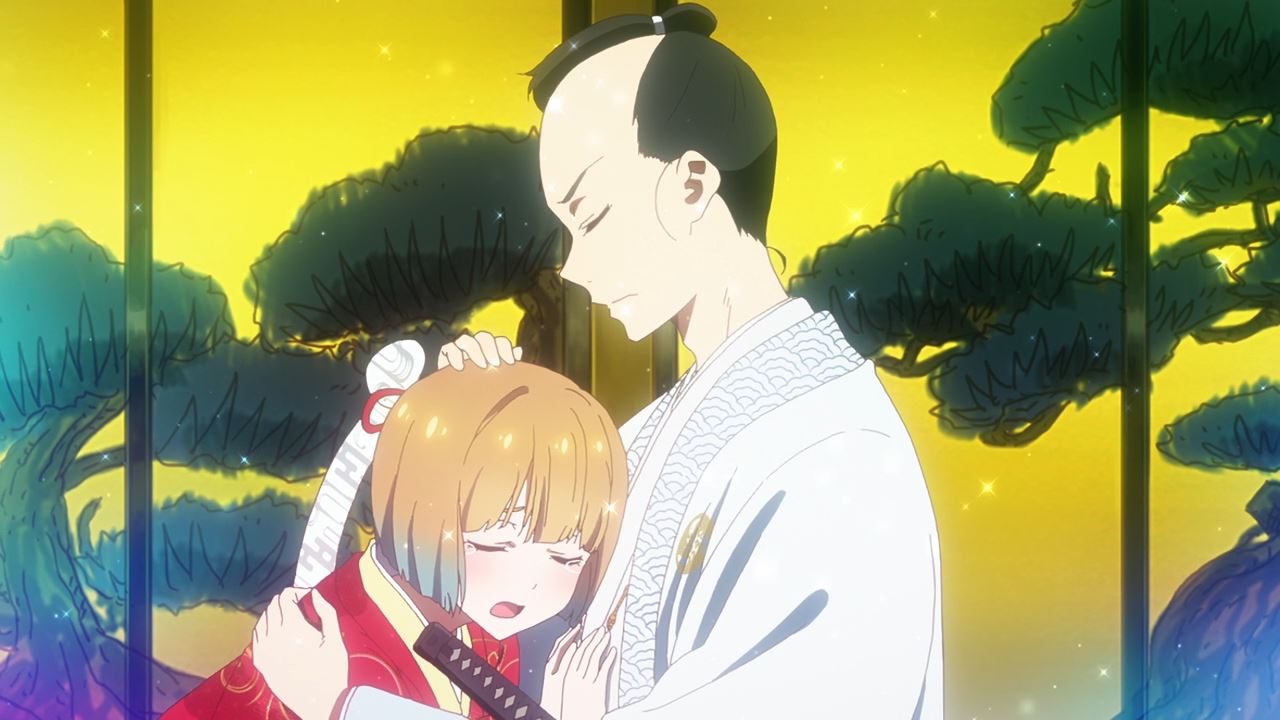 Anyways, The Heron Princess stage play has begun where you have Umi-san playing the role as the prince while this girl playing the princess is actually Shiori.

But who cares about these two main characters, where the fuck is Chizuru? 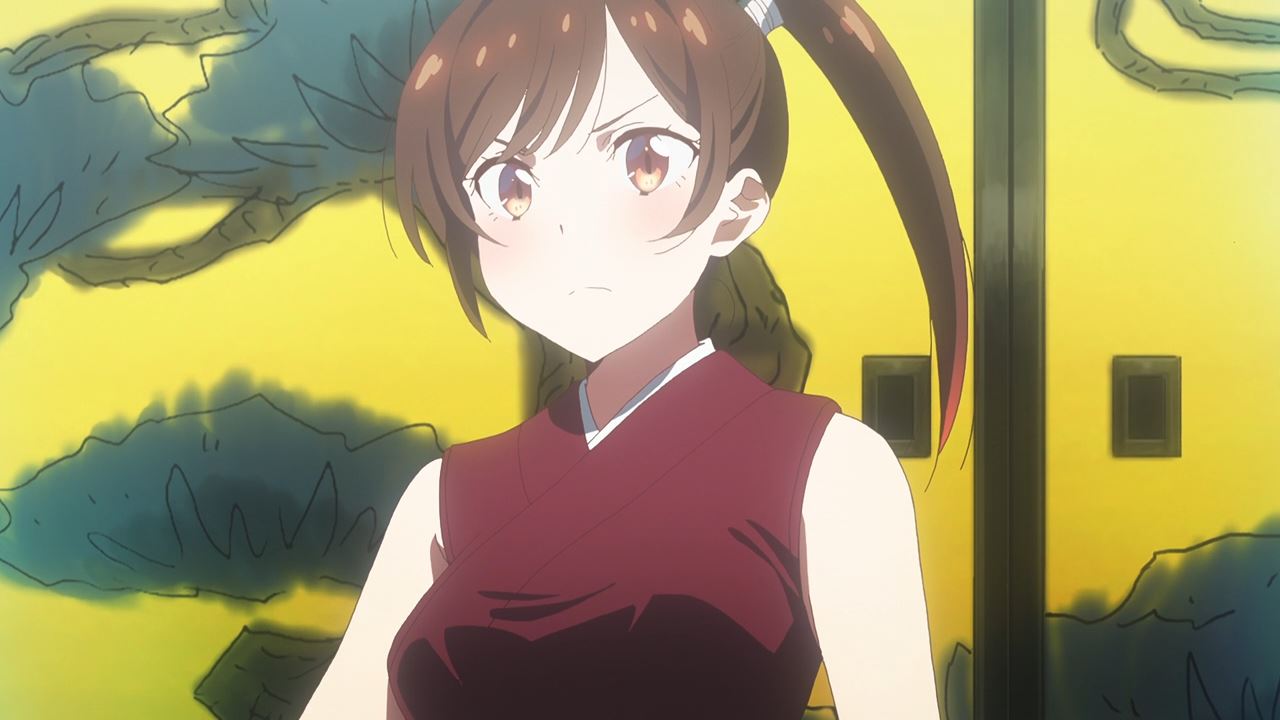 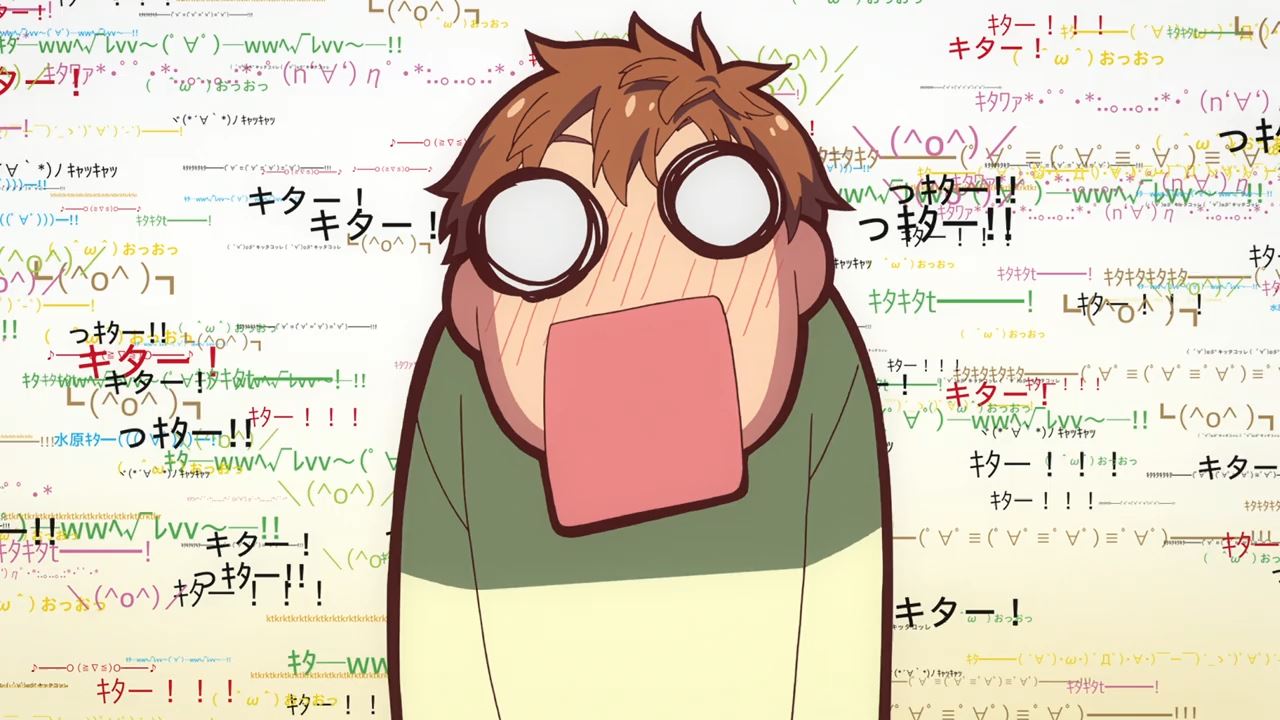 Oh look, Chizuru is playing the ninja where Kazuya went screaming internally upon seeing her. Now then, I wonder what kind of acting she’ll do? 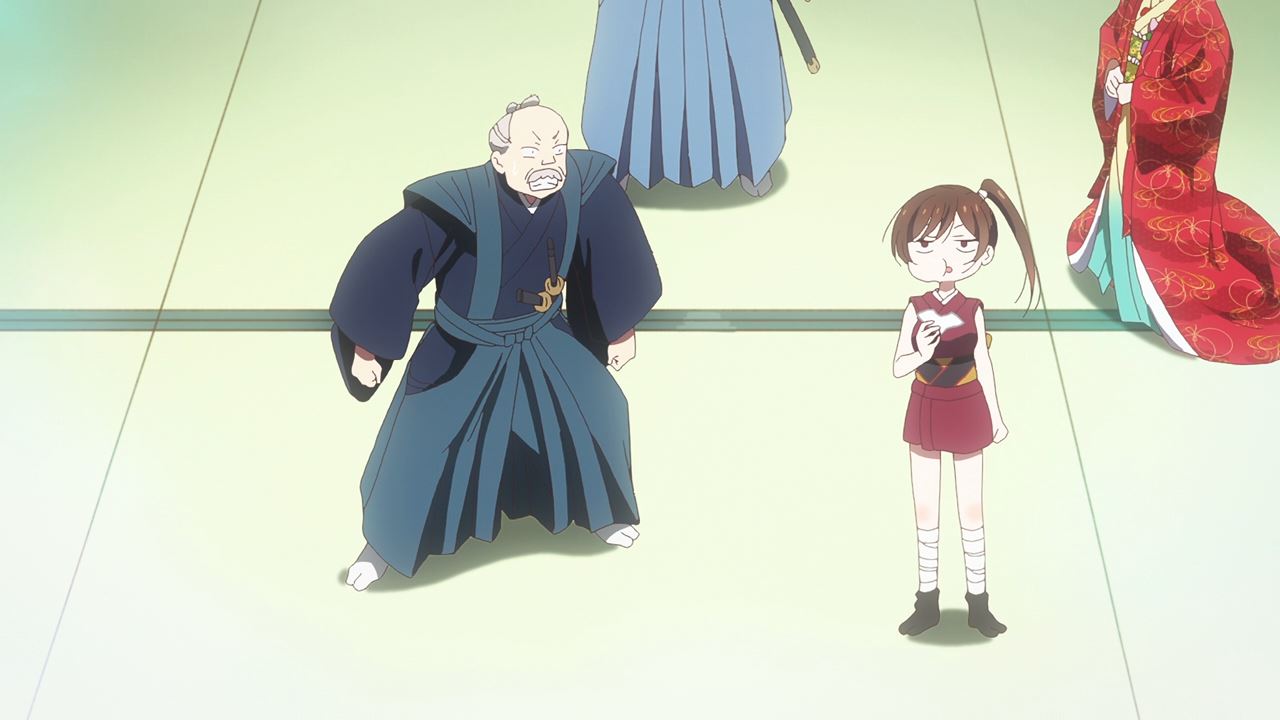 Oh, the sarcastic and comedic type where Chizuru Ichinose put an amazing show, almost as if she carried the entire stage play in the first half. 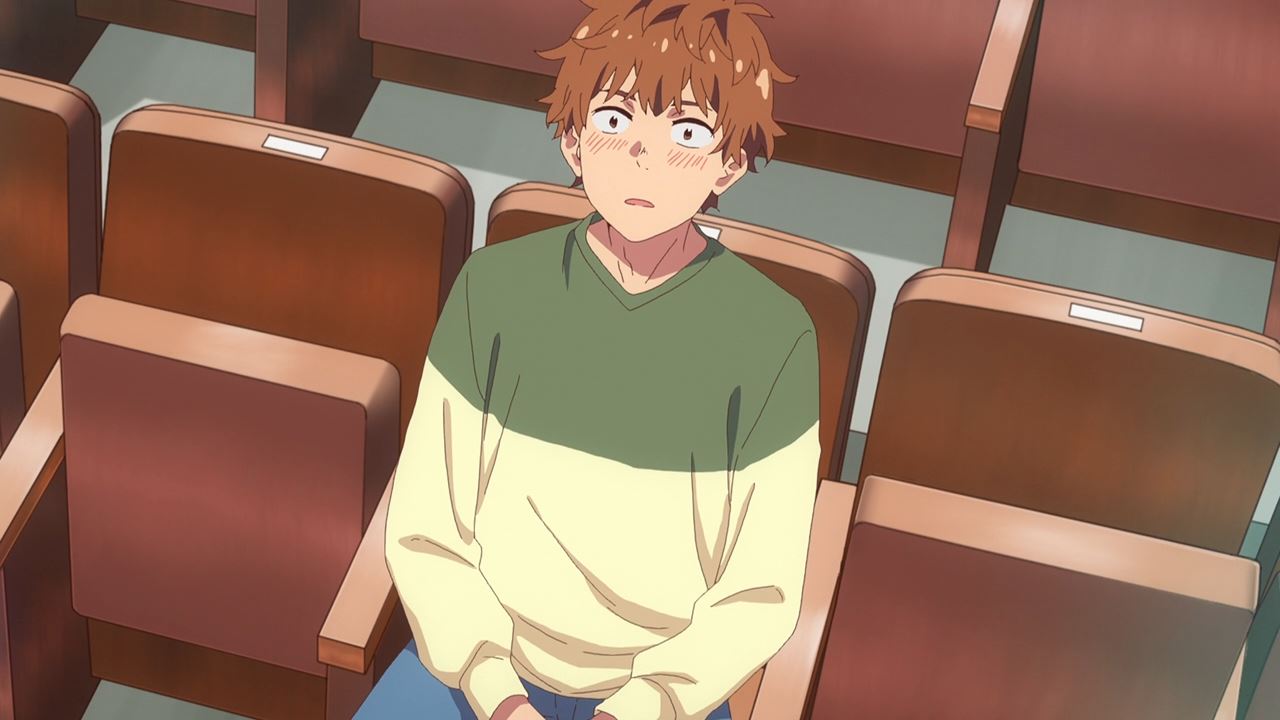 For Kazuya Kinoshita, seeing his rental girlfriend played her role was quite exhilarating. At this point, I feel that she’ll get noticed by prominent directors as Chizuru got the talent. 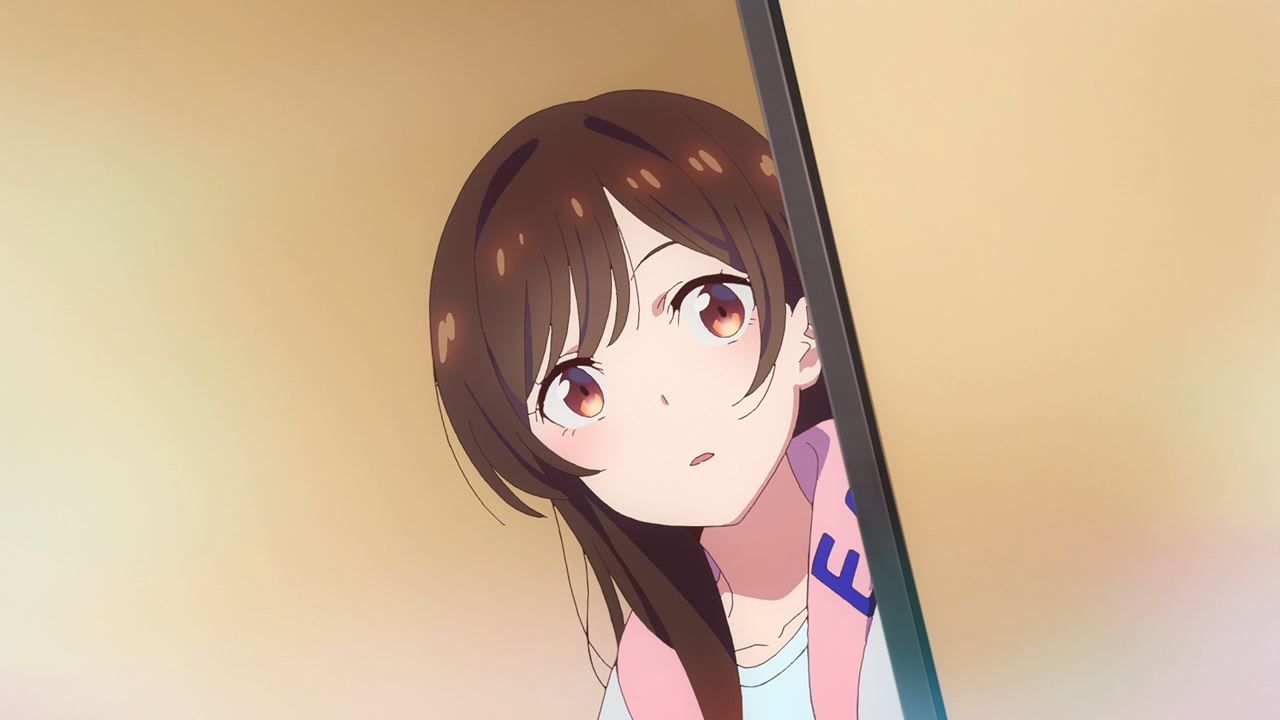 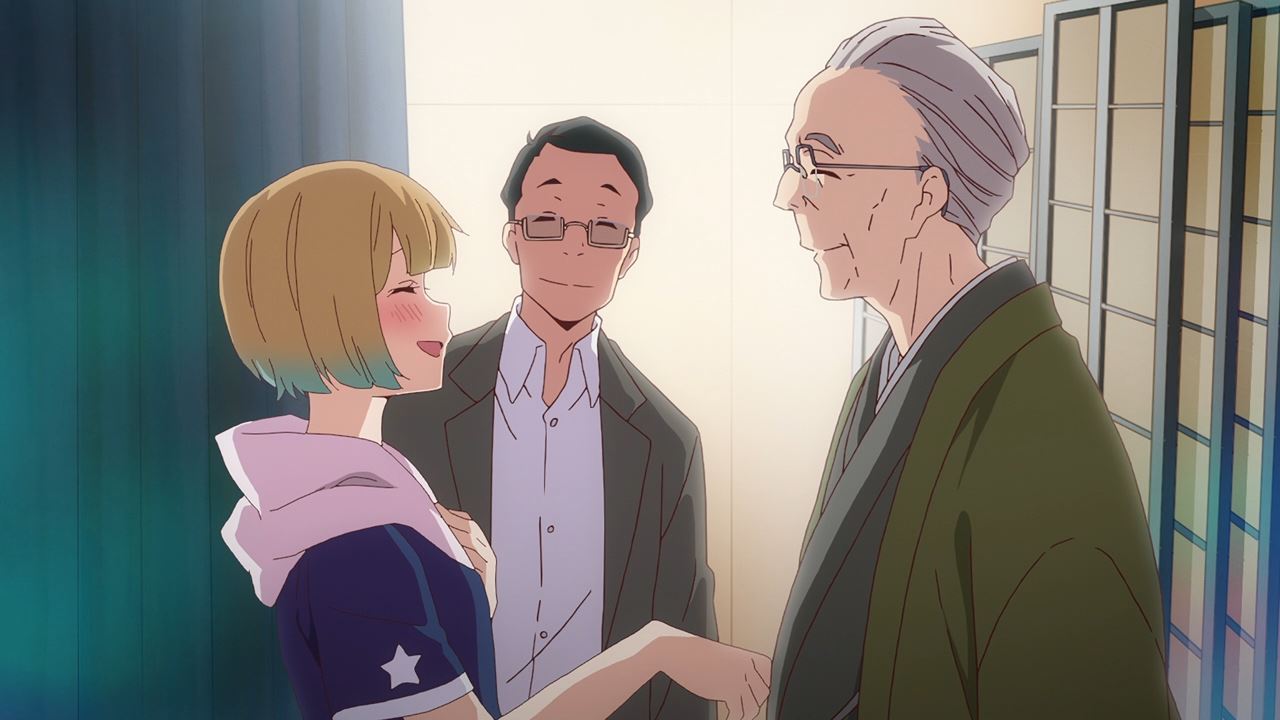 But, it turns out that one of the directors chose Shiori instead. Well, that’s unfortunate! 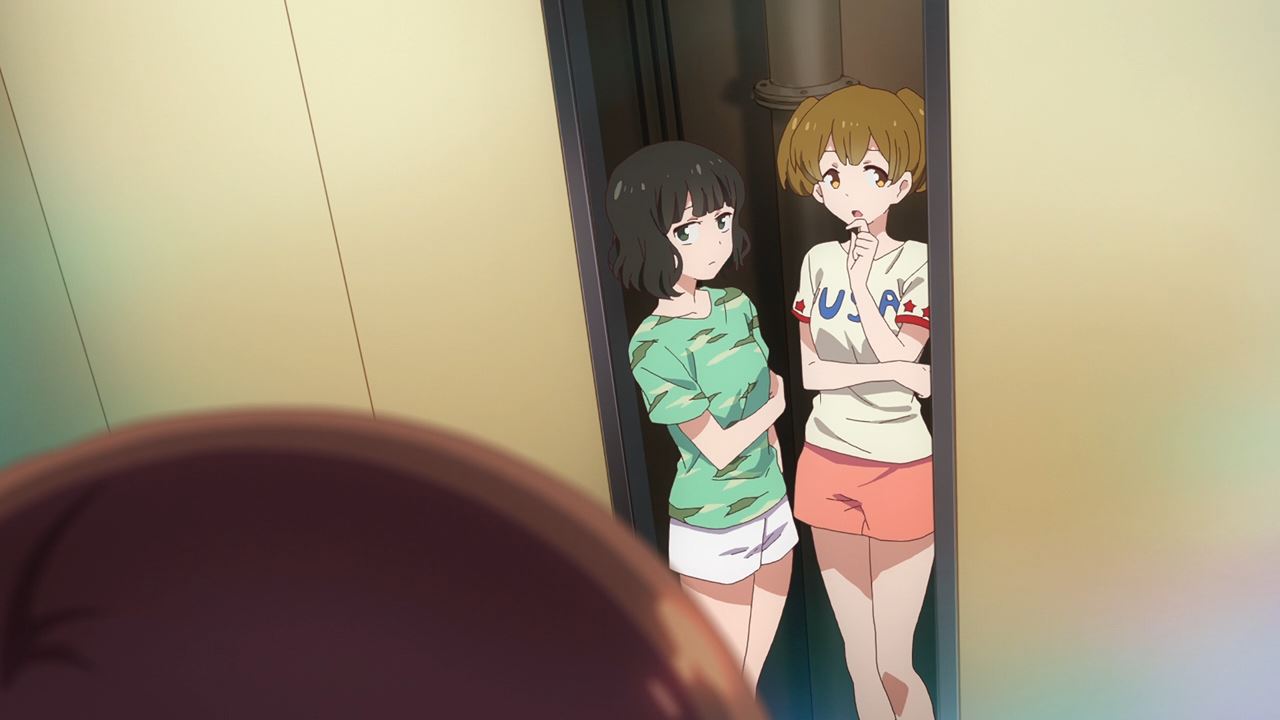 Although it’s revealed that the reason why the director chose the main lead is because Shiori has connections, or should I say fuckin’ nepotism which Chizuru doesn’t have it.

You know something, I bet that Shiori went to the casting couch to “convince” the director in landing the leading role. 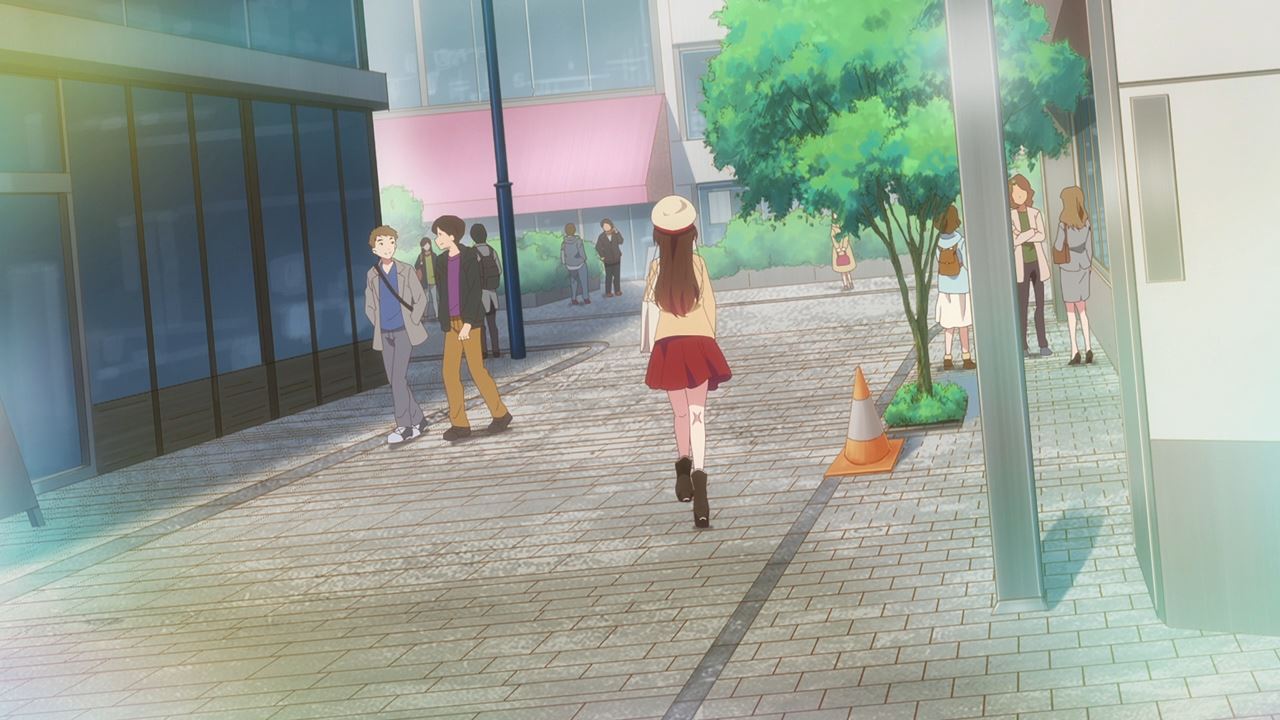 And so, Chizuru Mizuhara left the theater to drown her sorrows somewhere. She even skip the after-party ’cause Chizuru might get depressed upon seeing Shiori. 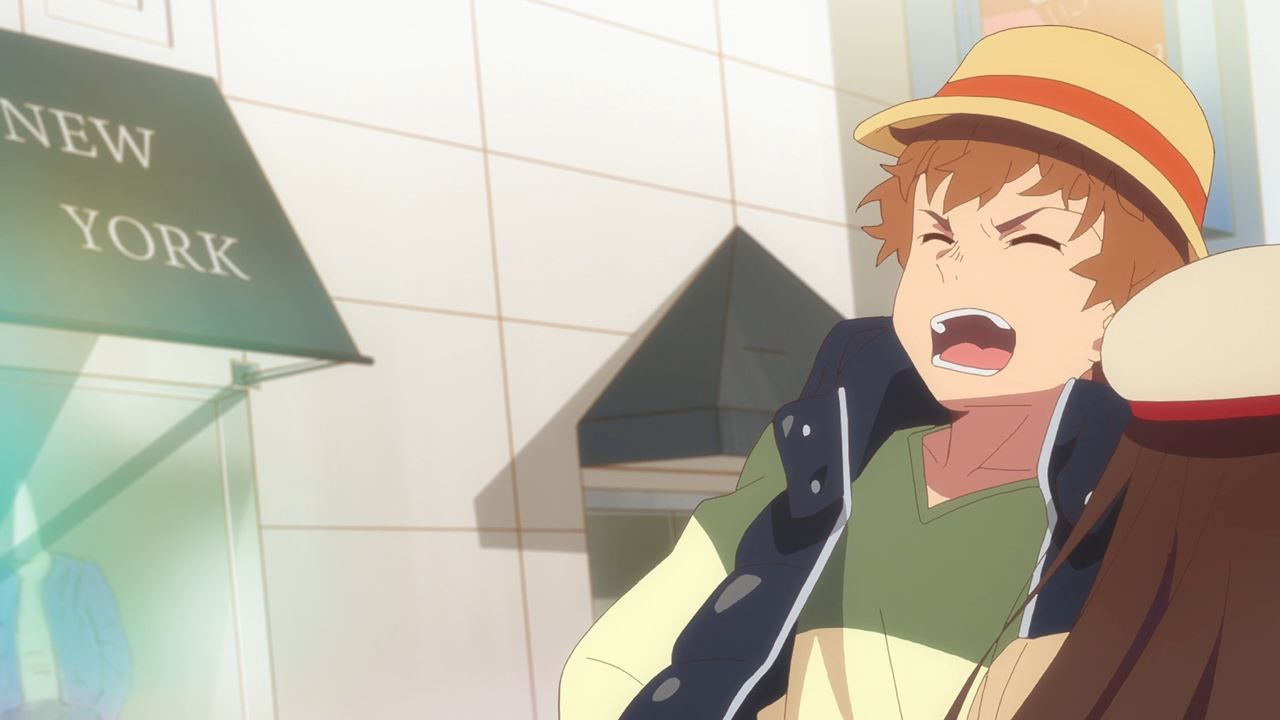 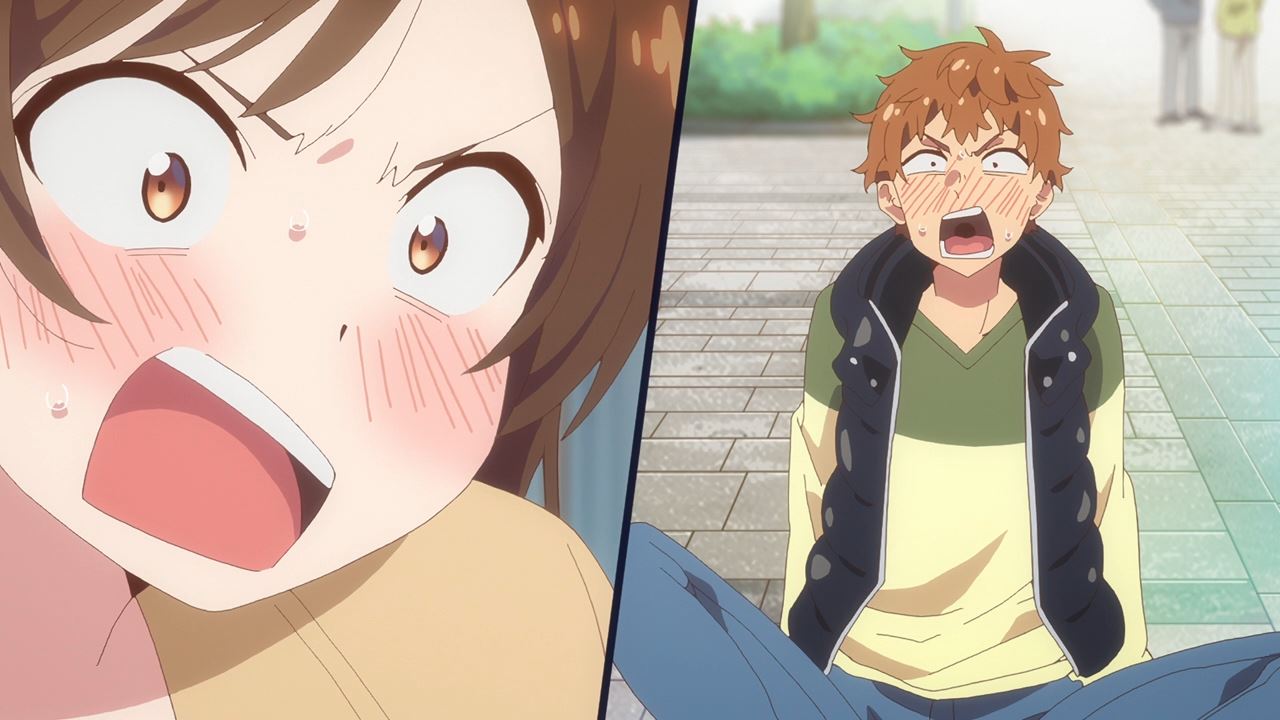 Well, that’s until she bumped onto Kazuya Kinoshita where he thought that Chizuru Mizuhara got selected and leave her rental girlfriend career behind. 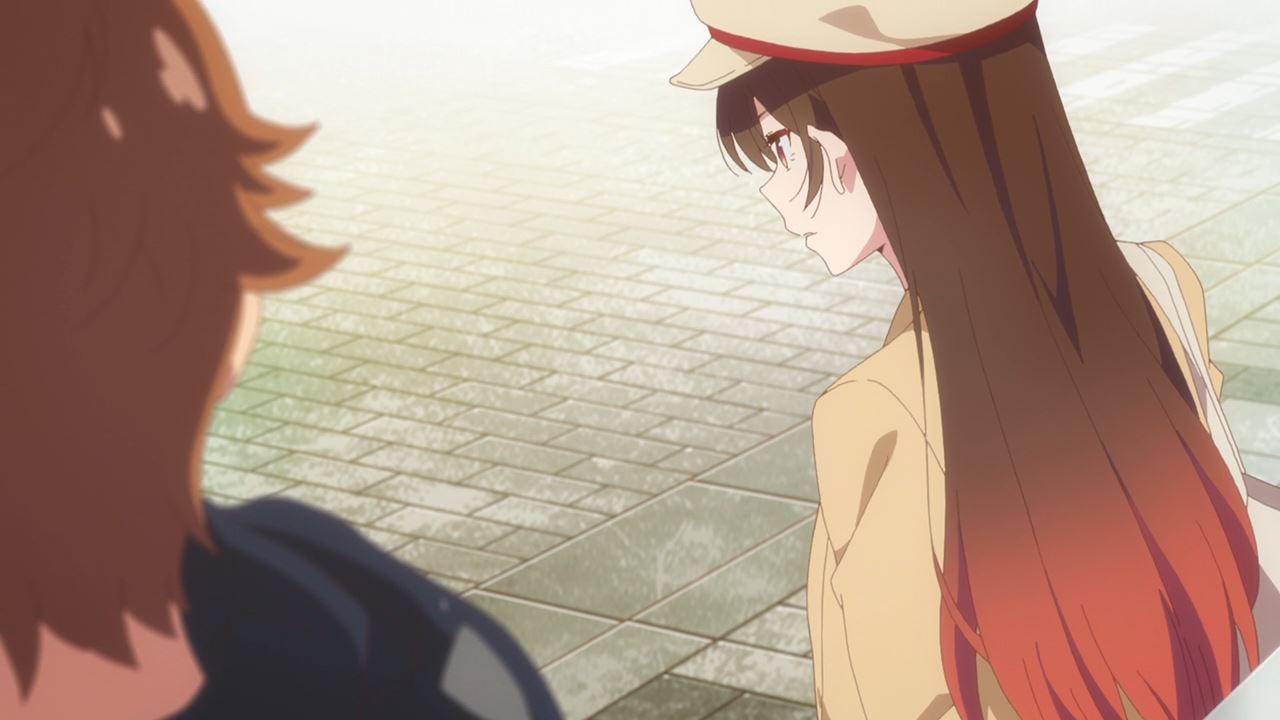 However, Chizuru told Kazuya that she didn’t get chosen for her next role as Chizuru’s acting skills need some work, or rather that she doesn’t have any connections to influential people.

But yes, Chizuru Mizuhara is back to being a rental girlfriend again where she felt the same predicament as Kazuya Kinoshita. 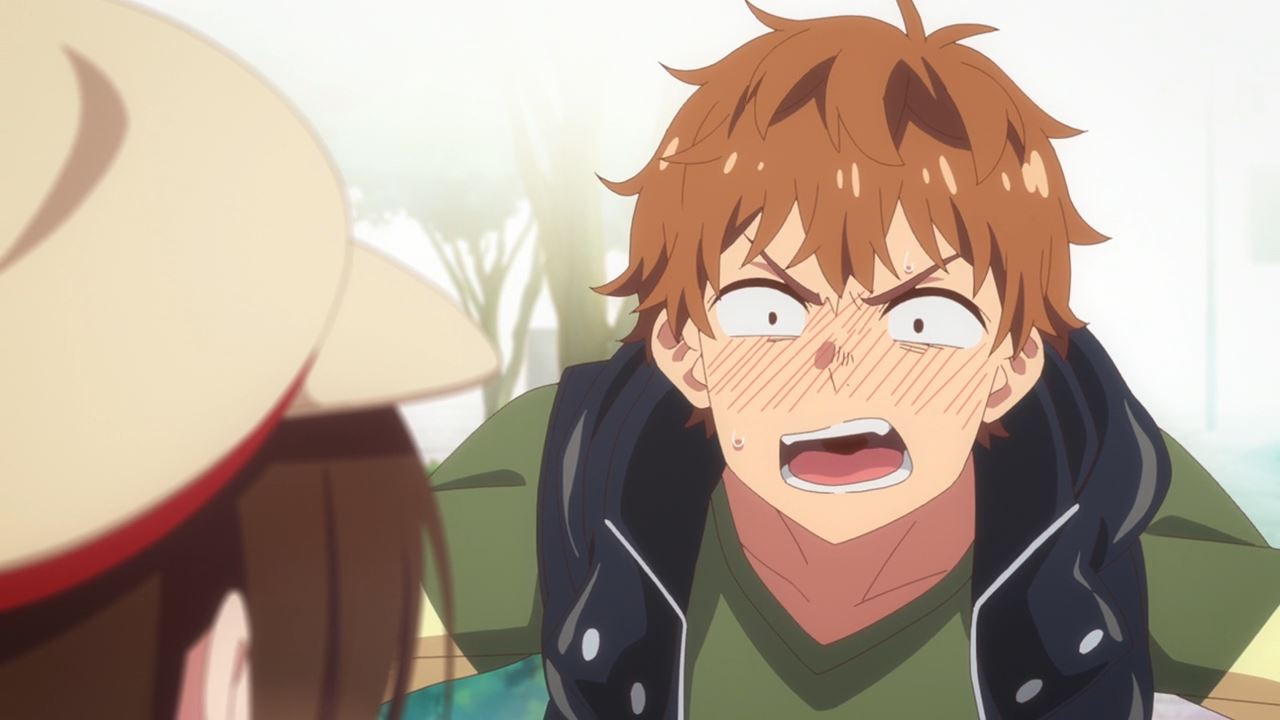 And speaking of Kinoshita, he got a little bit passionate where Kazuya told Chizuru that they’re not the same, which is true because he doesn’t have any dream compared to Chizuru Mizuhara.

Anyways, he continues to support Chizuru Mizuhara by paying her service as a rental girlfriend. Hell, he goes as far as getting a part-time job. Um Kazuya, what about your college education? 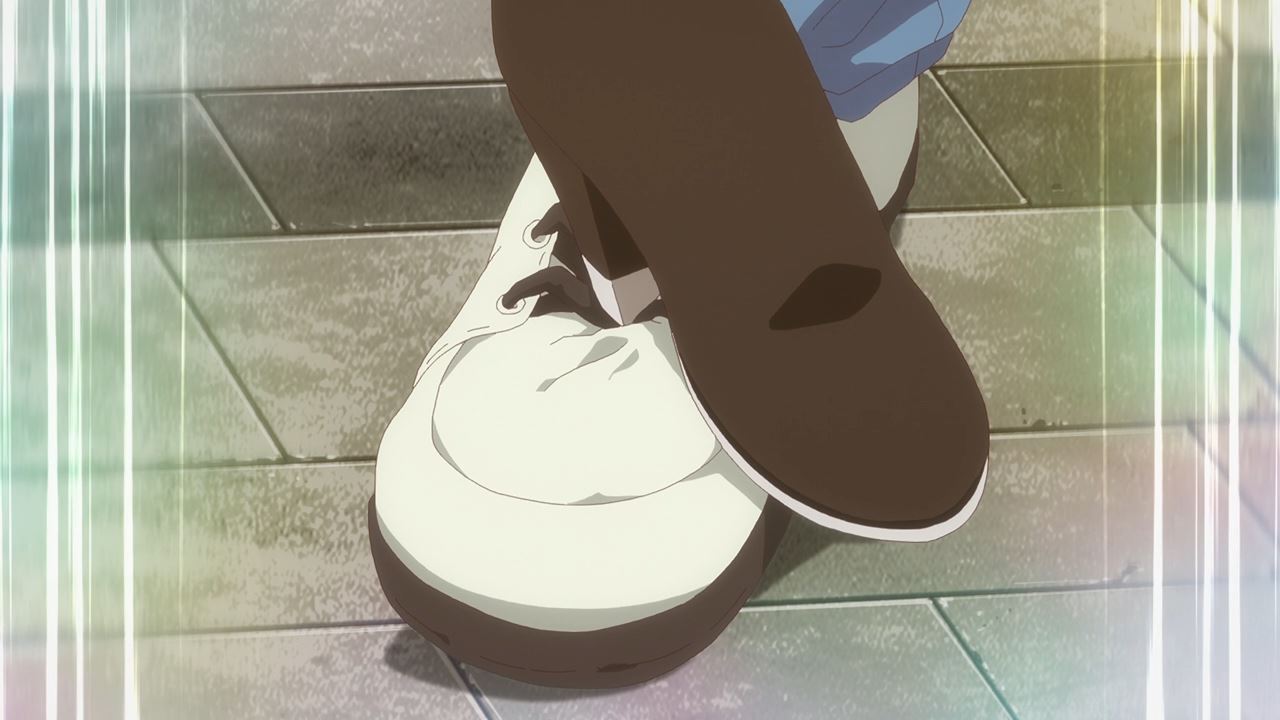 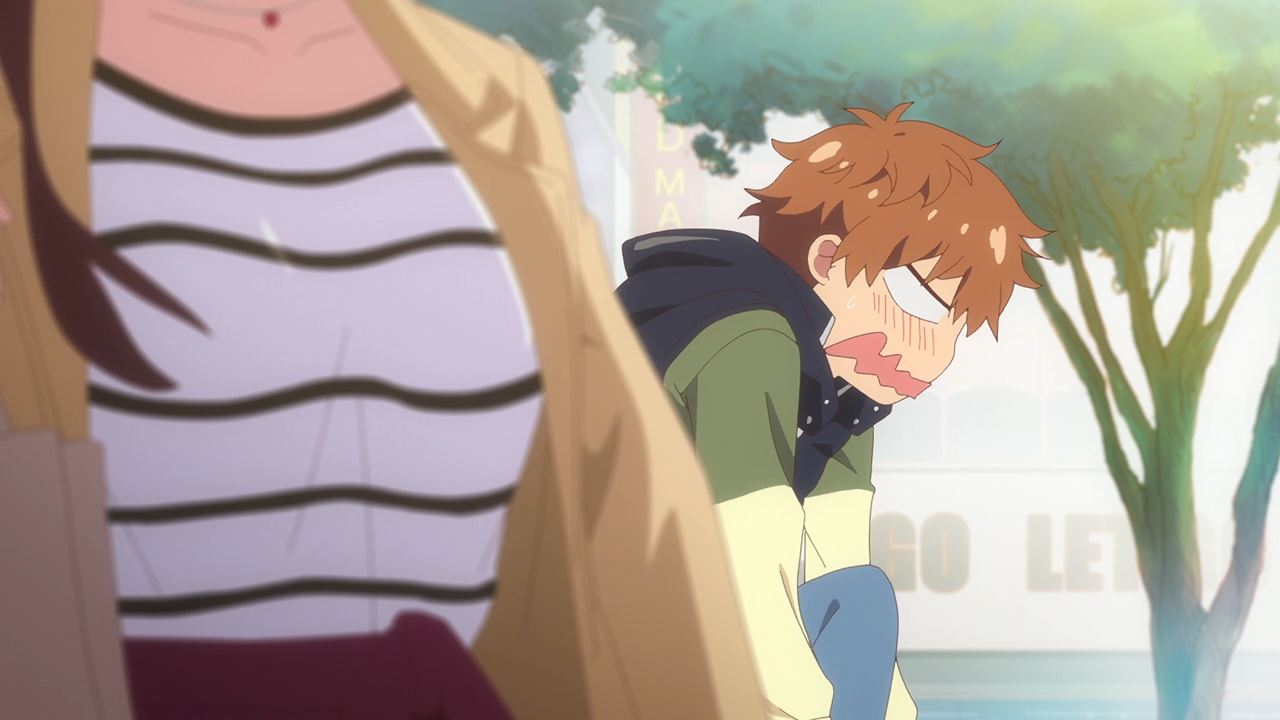 And so, we begin this second season of a stupid anime show about rental girlfriends, although I should say that Chizuru and Kazuya are acting like a couple even though the latter is the simp to the former. C’mon, Chizuru stomps on Kazuya’s foot like some high and mighty actress!

Seriously, when will Kazuya get a real girlfriend? Unless he’s holding out for Mami Nanami, that bitch who broke his heart into pieces, I honestly don’t give a shit towards him in this second season of KanoKari. 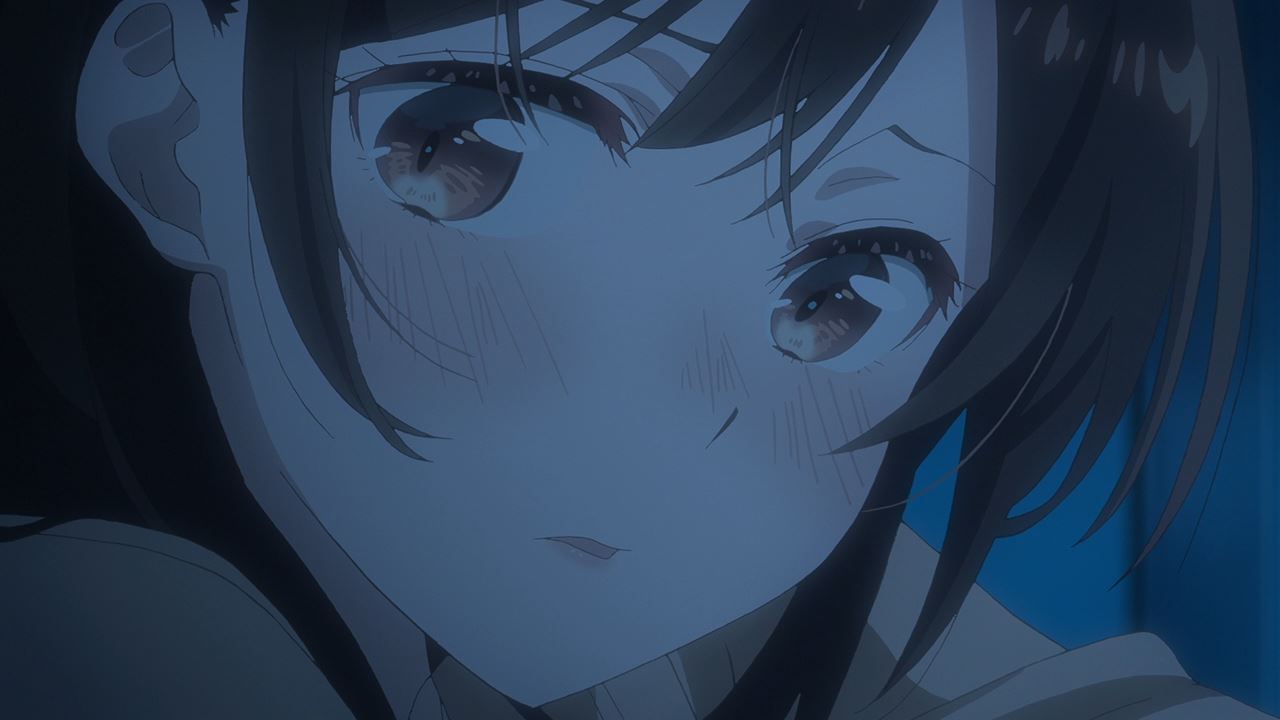 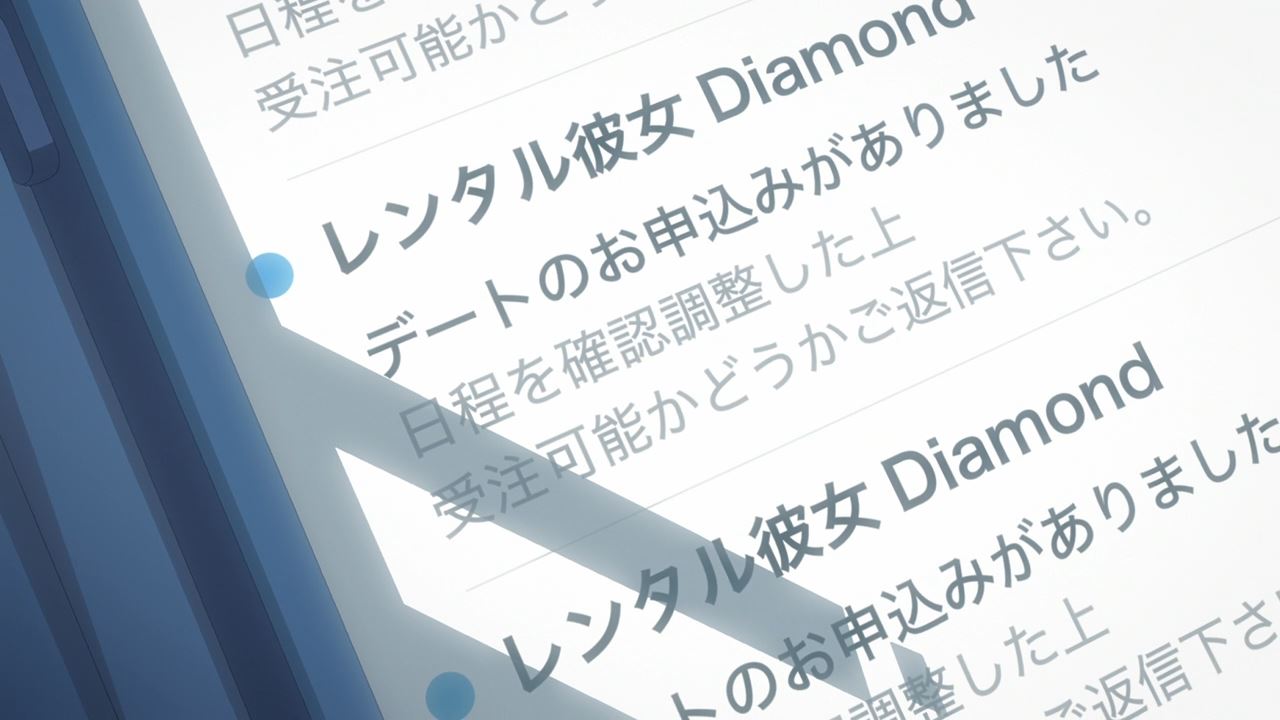 But anyways, let’s end this episode where Chizuru Mizuhara received lots of notifications from her Rent-A-Girlfriend app. I bet that most of them came from Kazuya Kinoshita. With that said, I’ll see you next time!