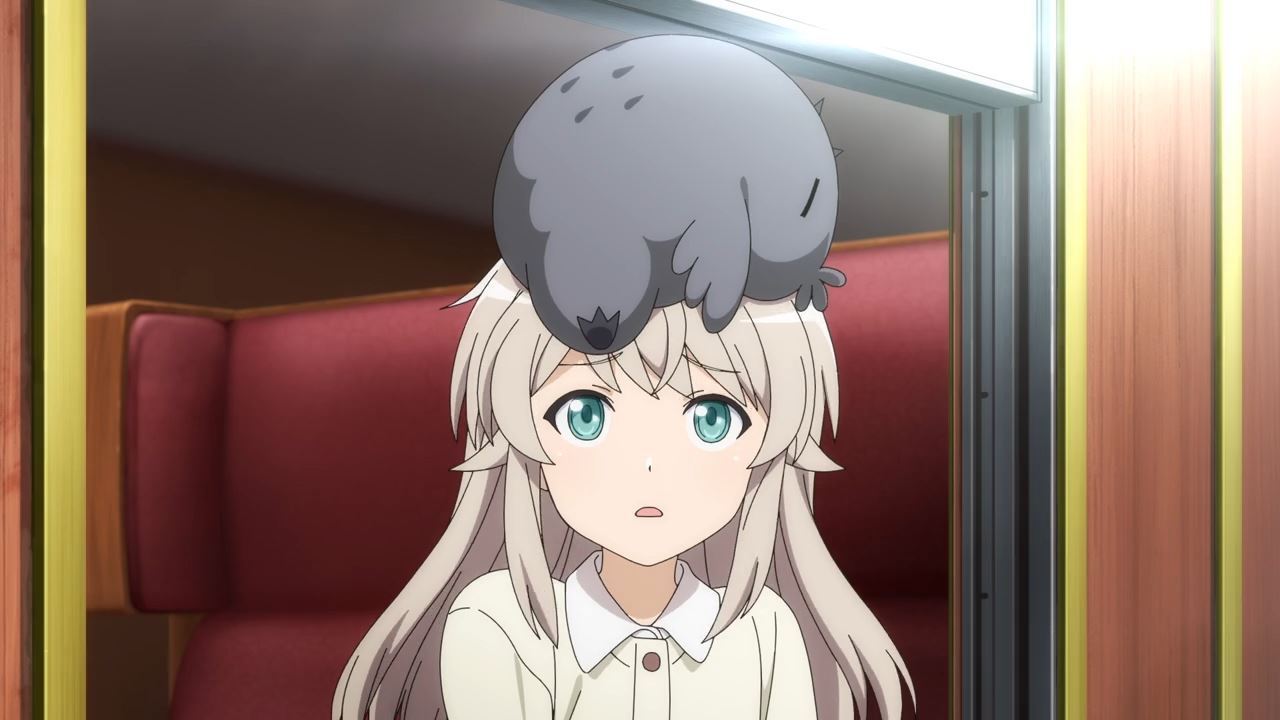 Well everyone, we got a new spin-off to the World Witches series focusing of a brand-new Joint Fighter Wing, one where it’s drastically different from both Strike Witches and Brave Witches. Oh, and it’s animated by Shaft where don’t expect any head-tilts.

Anyways, this is Luminous Witches where it tells the story of Virginia “Ginny” Robertson and her pet owl Moffy travelling to the Britannian capital of London. It’s interesting that the protagonist is a European rather than from the Fusou Empire. 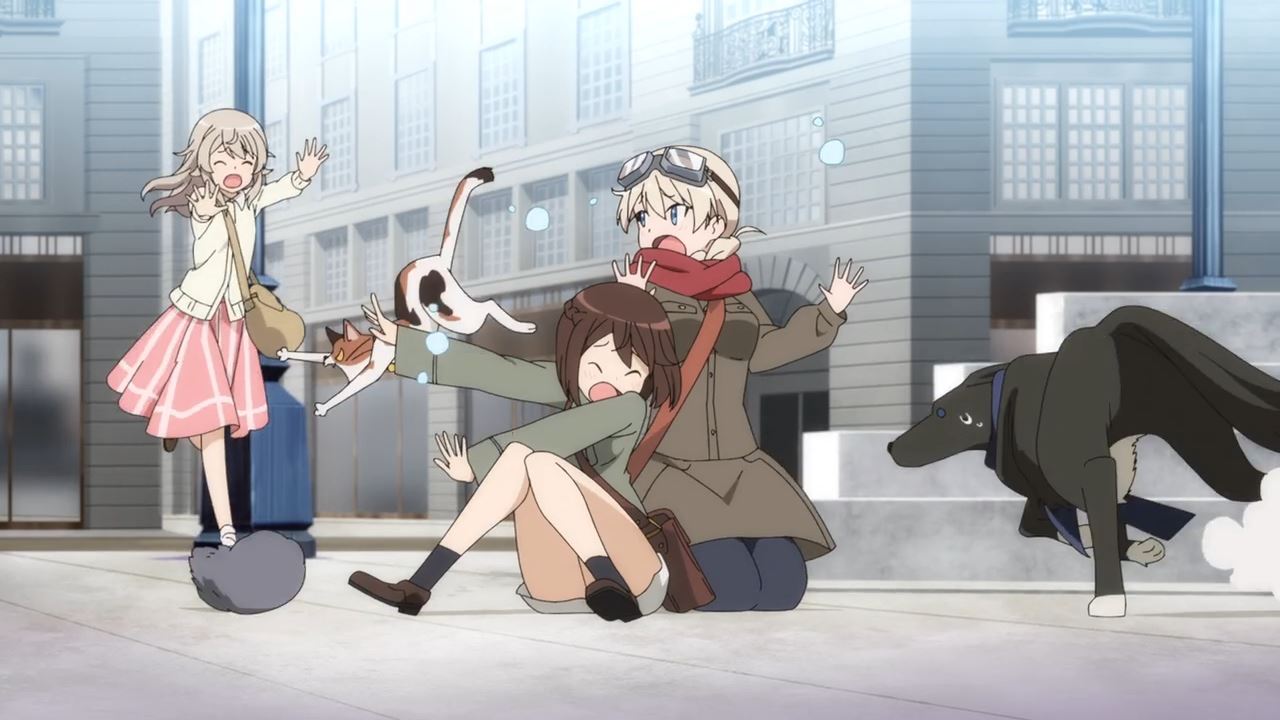 But moving onto the story where Ginny was greeted by both Lyudmila Andreyevna “Milasha” Ruslanova and Inori “Inorin” Shibuya as they brought their respective familiars, Olivier and Okoge.

Hmm, I see a pattern here where witches have their own familiars in this spin-off. 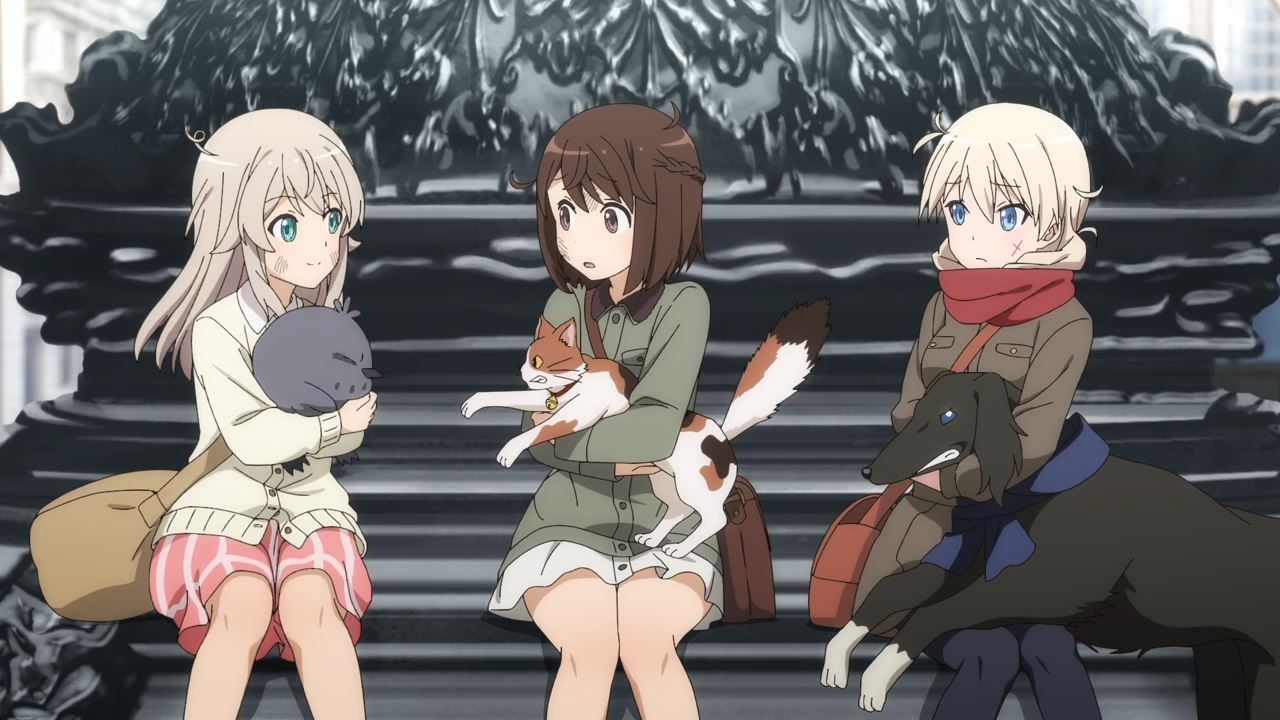 Still, they managed to become friends after stopping their respective familiars for hurting each other. I’m really surprised that they got acquainted fast. 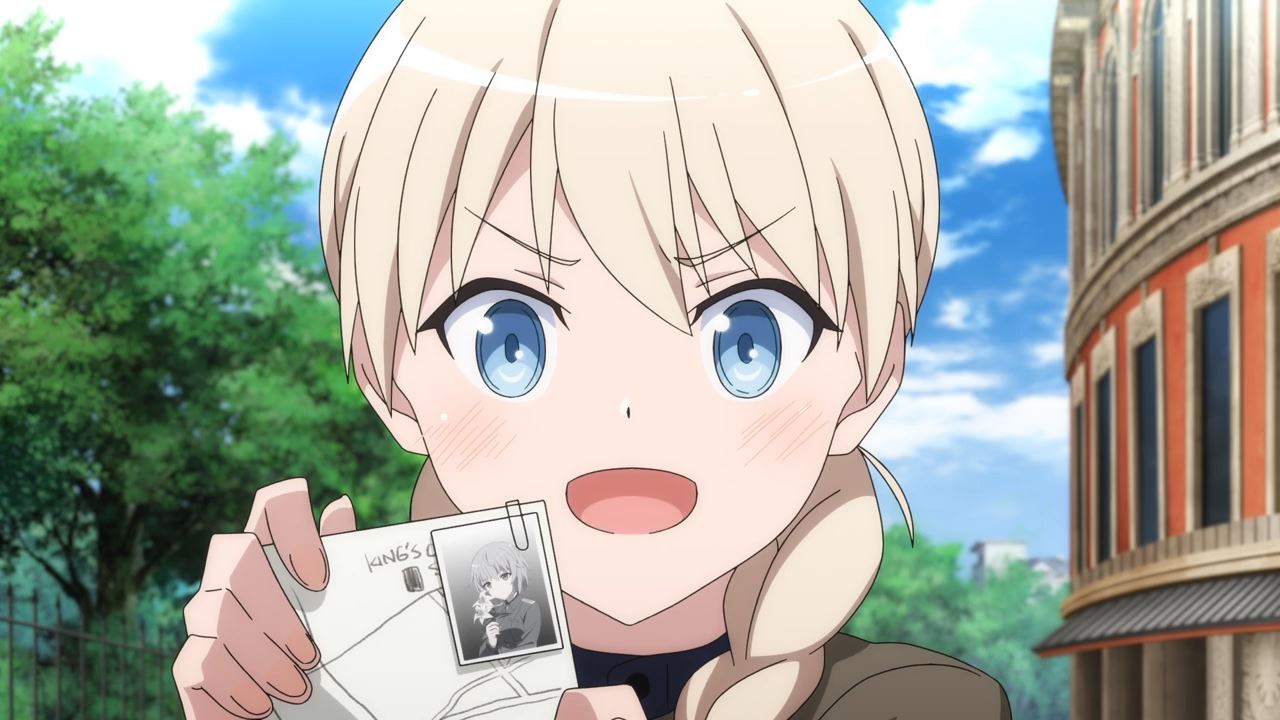 Speaking of Lyudmila or Milasha, the reason why she went to London is because she wants to see the famous singing witch named Aila Paivikki Linnamaa. In fact, Milasha went to Albert Park to see her performance. 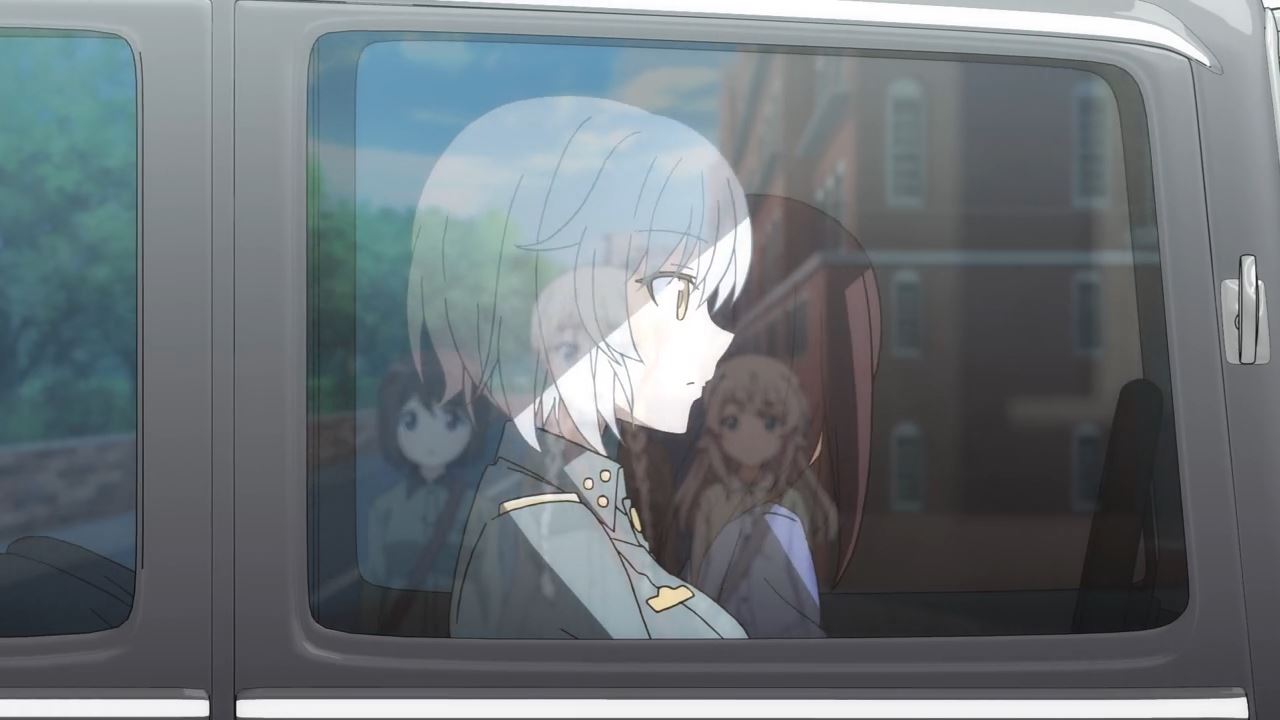 However, looks like Aila left the building already, meaning that Milasha missed her performance at Albert Hall. That’s a shame. 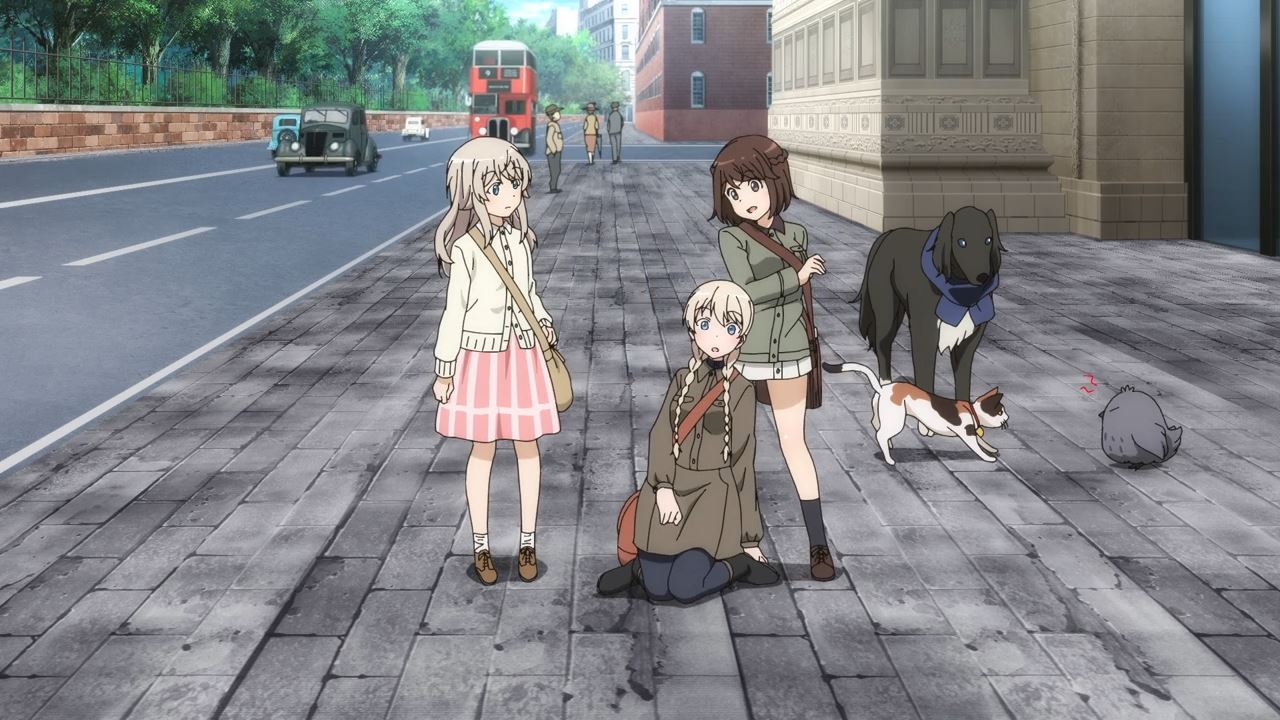 But hey, what’s important is that Lyudmila Andreyevna Ruslanova managed to see her idol from a distance, meaning that she has no regrets in coming to London. 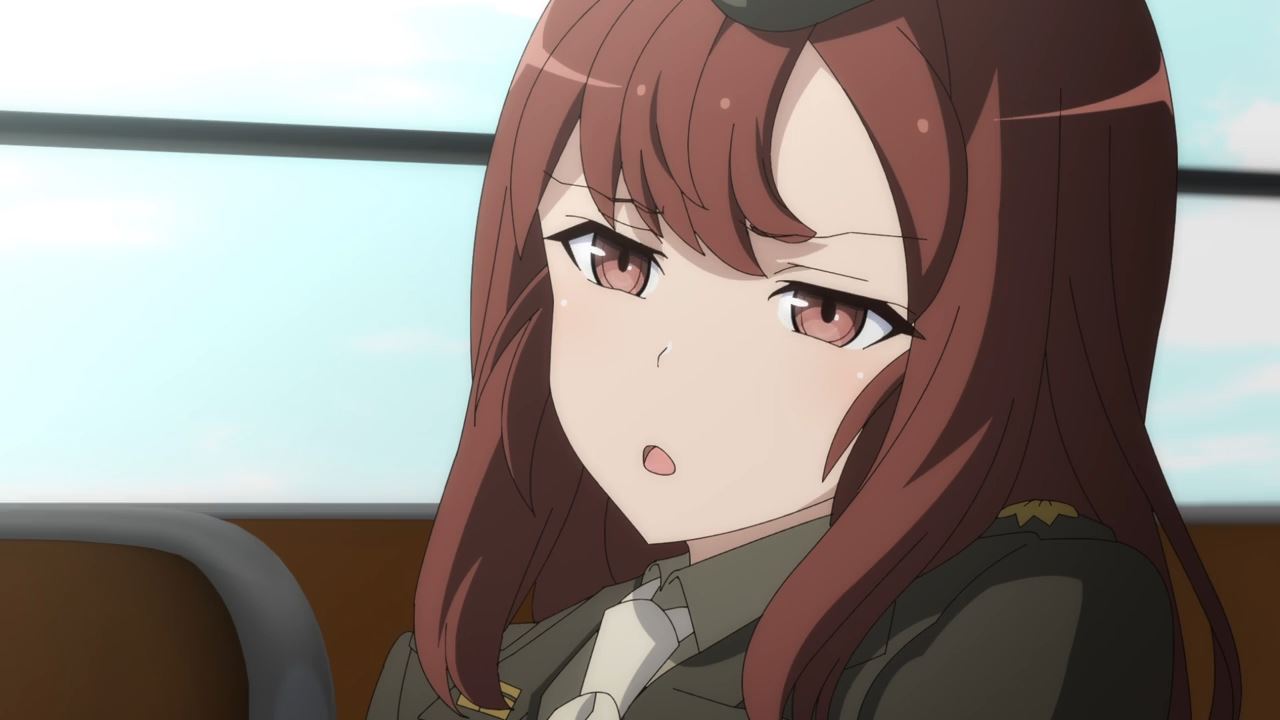 Now then, here’s Grace Maitland “Gracie” Steward, a veteran witch who’s famous for rescuing soldiers during the Battle of Dunkirk.

Of course, she’s no longer in the frontlines as Grace Maitland Steward becomes the commander of her new Joint Fighter Wing in which she has trouble getting it off the ground. 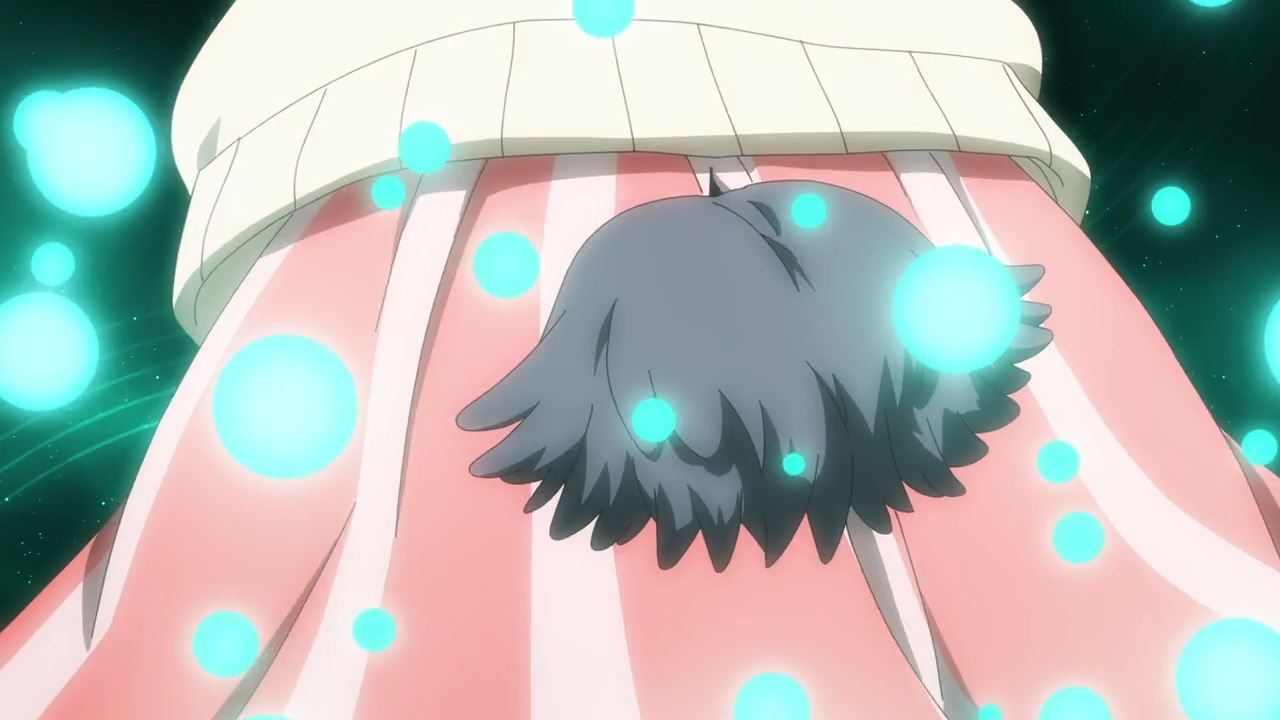 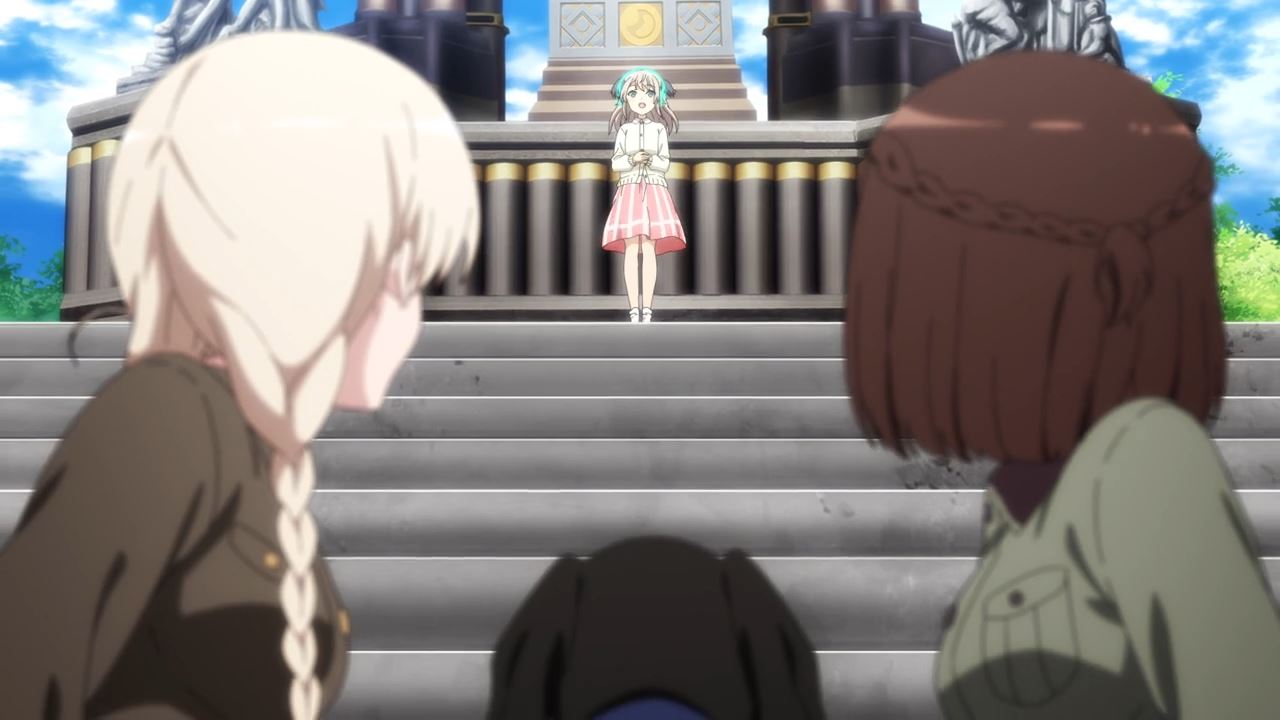 Now let’s return to Ginny Robertson where she sings at a park somewhere in London. Not only that, but she sprouted dog ears and a tail, plus an antenna in her head.

With that said, I have to say that Virginia’s singing voice is quite pleasant as she sings “Amazing Grace”. 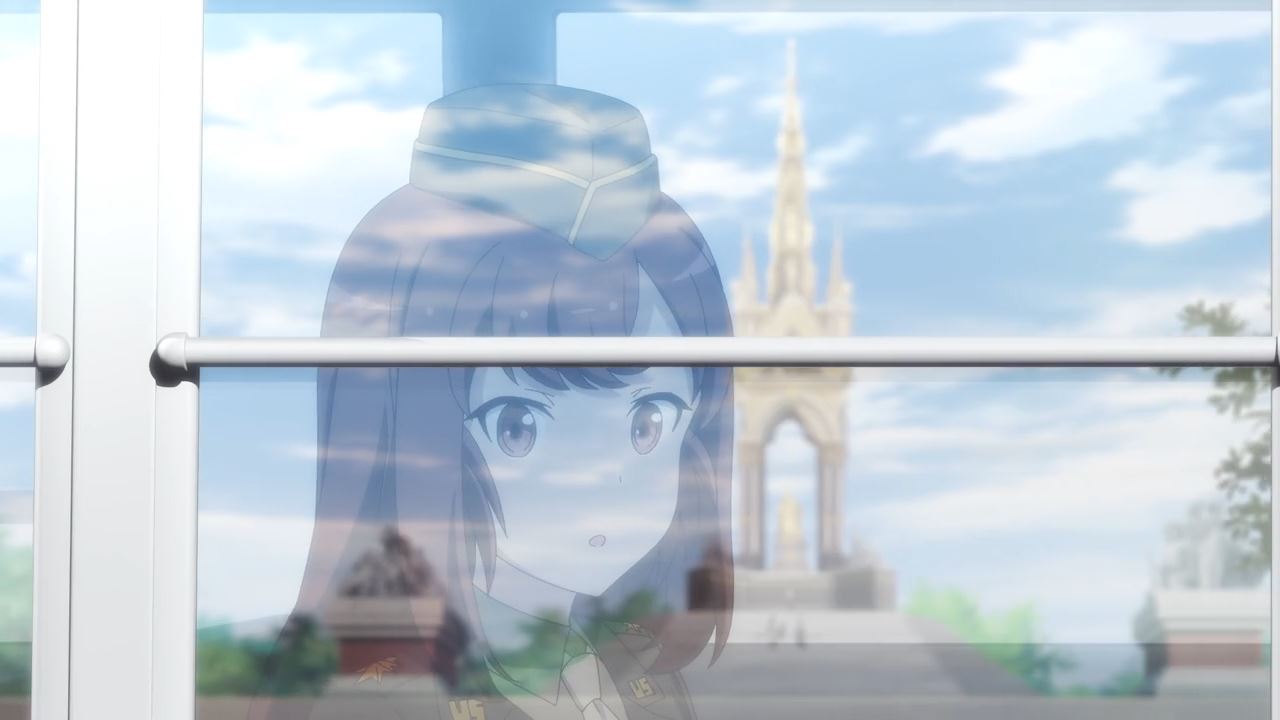 Oh yeah, it appears that Commander Steward took noticed of Ginny’s beautiful singing voice that she wants to see her, but it’s too late for Gracie as it’s already too late by the time she arrived at the part. 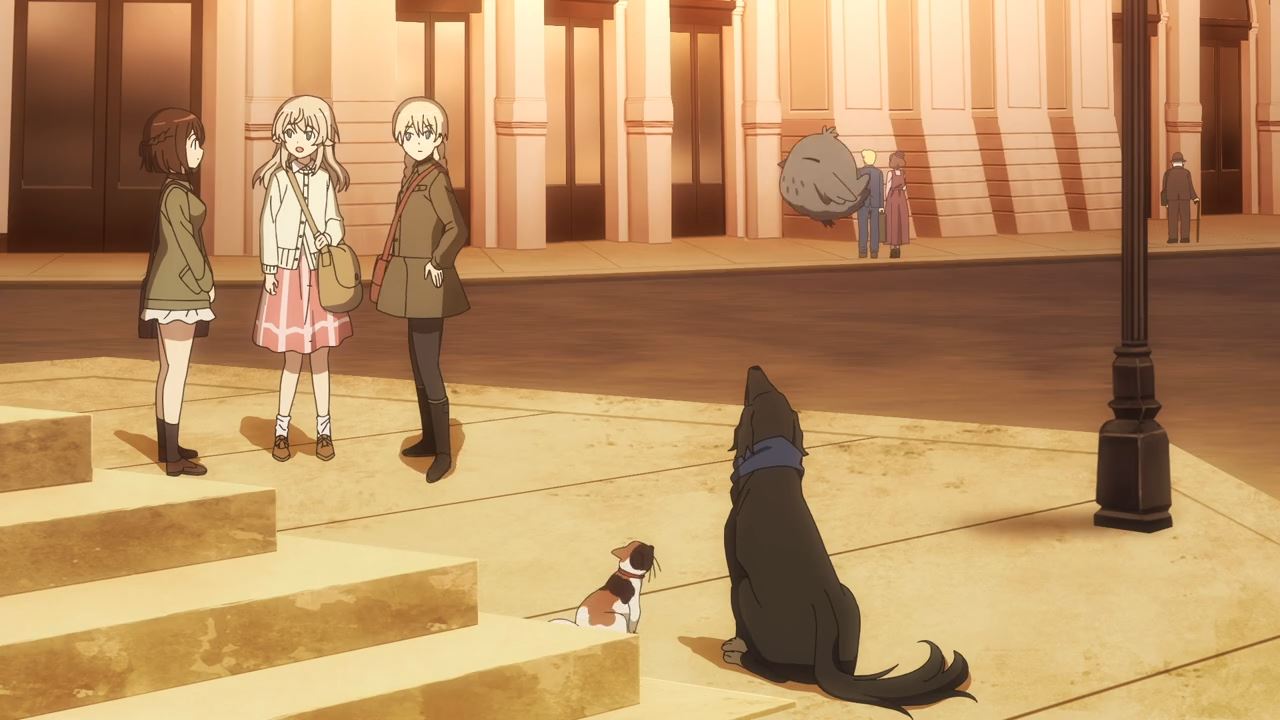 But speaking of Virginia Robertson, it seems that she’s going back to the countryside where Ginny will find Moffy’s companions.

Why did she came to London is a mystery to me, but I have a feeling that Ginny will return to London as she was fated for something greater in her life. 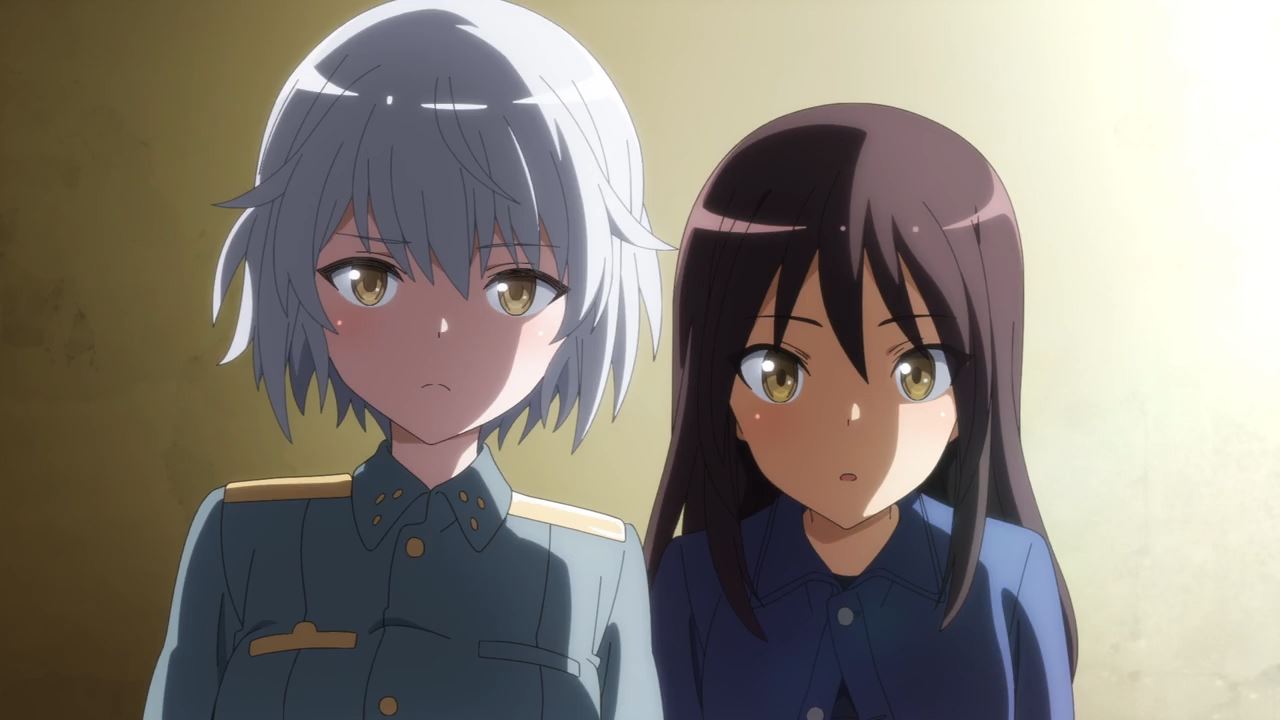 One last thing, here’s both Aila Paivikki Linnamaa and Eleonore Giovanna “Ellie” Gassion where they saw a recruitment at the bulletin board. 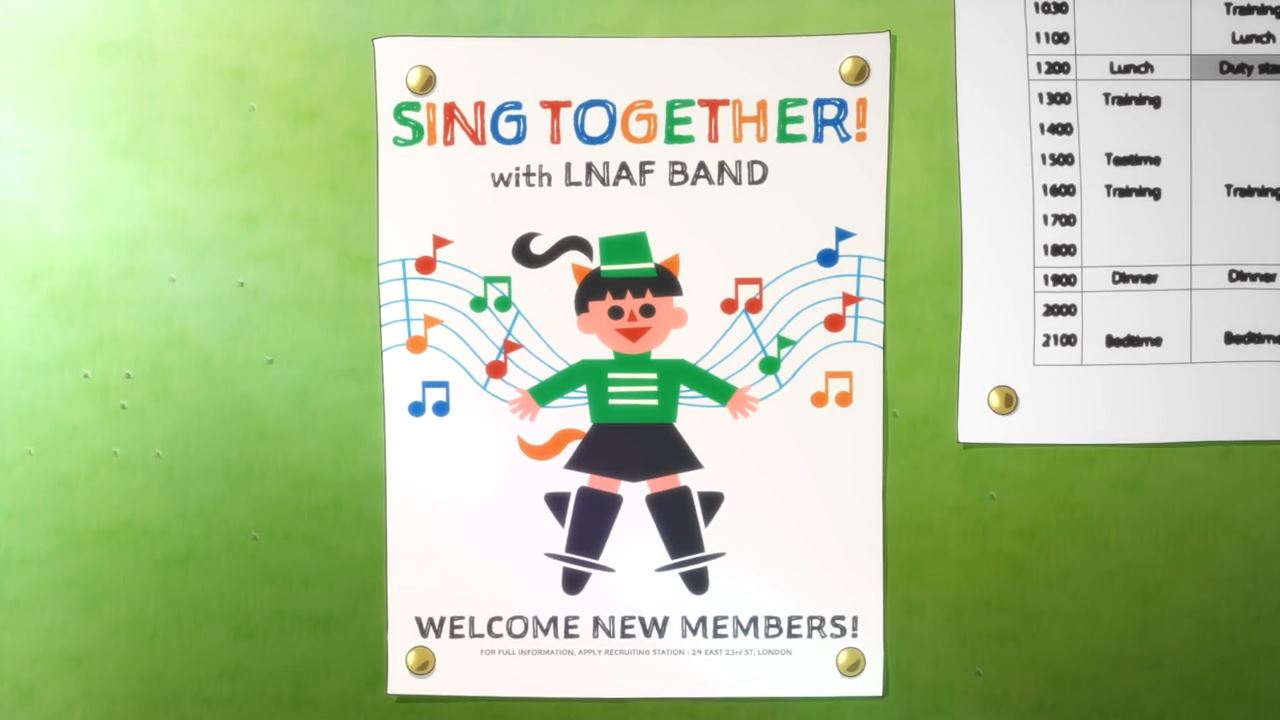 Turns out that they’re finding witches who can sing and dance. Wait, I thought they’re recruiting witches to use guns against the Neuroi?

Okay, looks like this World Witches spin-off has gone to the idol route but here’s an interesting story behind Luminous Witches as it was supposed to air in 2021, but was delayed as three of the original voice actresses retired due to health issues.

Regardless, it’s really interesting that the franchise will have drastically-different approach with this spin-off, although I’m worried that it might not stick as the World Witches franchise usually referenced various pilots and fighter planes used in the 2nd World War.