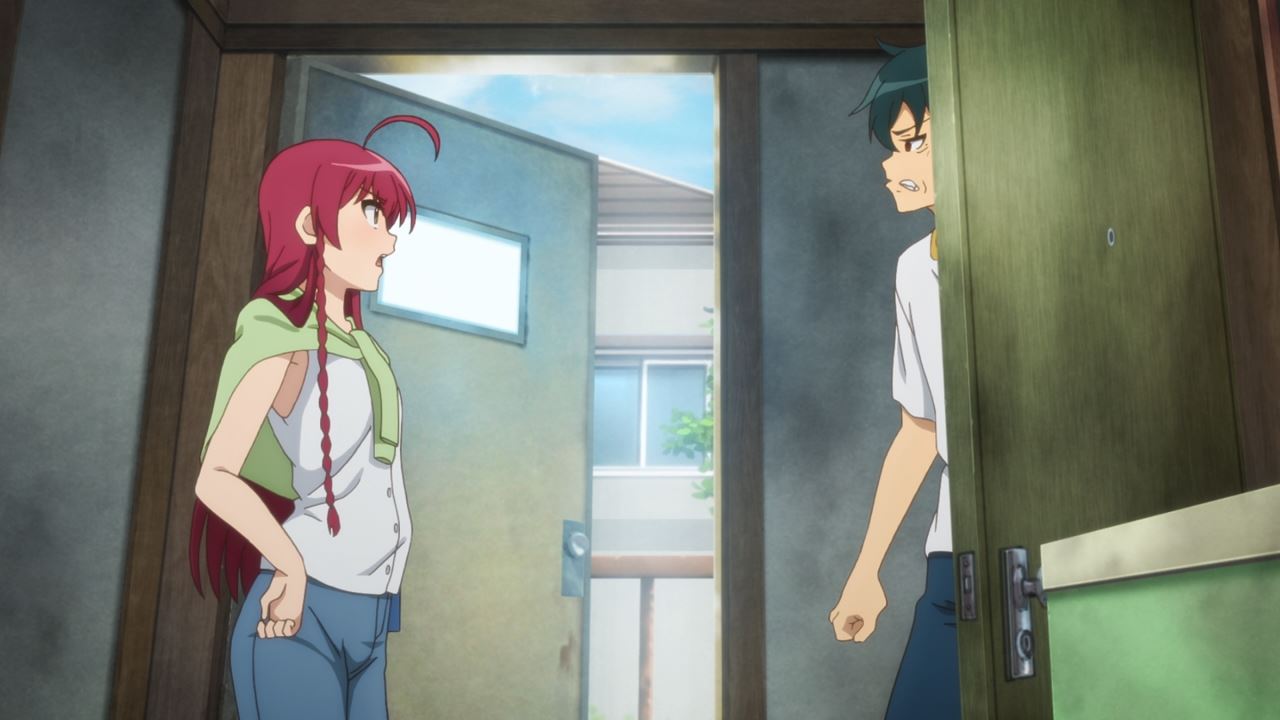 So to give you a recap, it’s a story of Satan where the demon lord and his army are conquering Ente Isla until Emilia the Hero stopped his plans for world domination. Thus, Satan and Alsiel make their retreat to the modern world where they took the names of Sadao Maou and Shirou Ashiya, respectively.

For Sadao however, he decides to work at a burger joint MgRonald until he becomes the CEO of the company. Of course, he has to deal with his arch-nemesis Emilia who became an office lady Emi Yusa, as well as various people who disturbed the peace like Sariel. 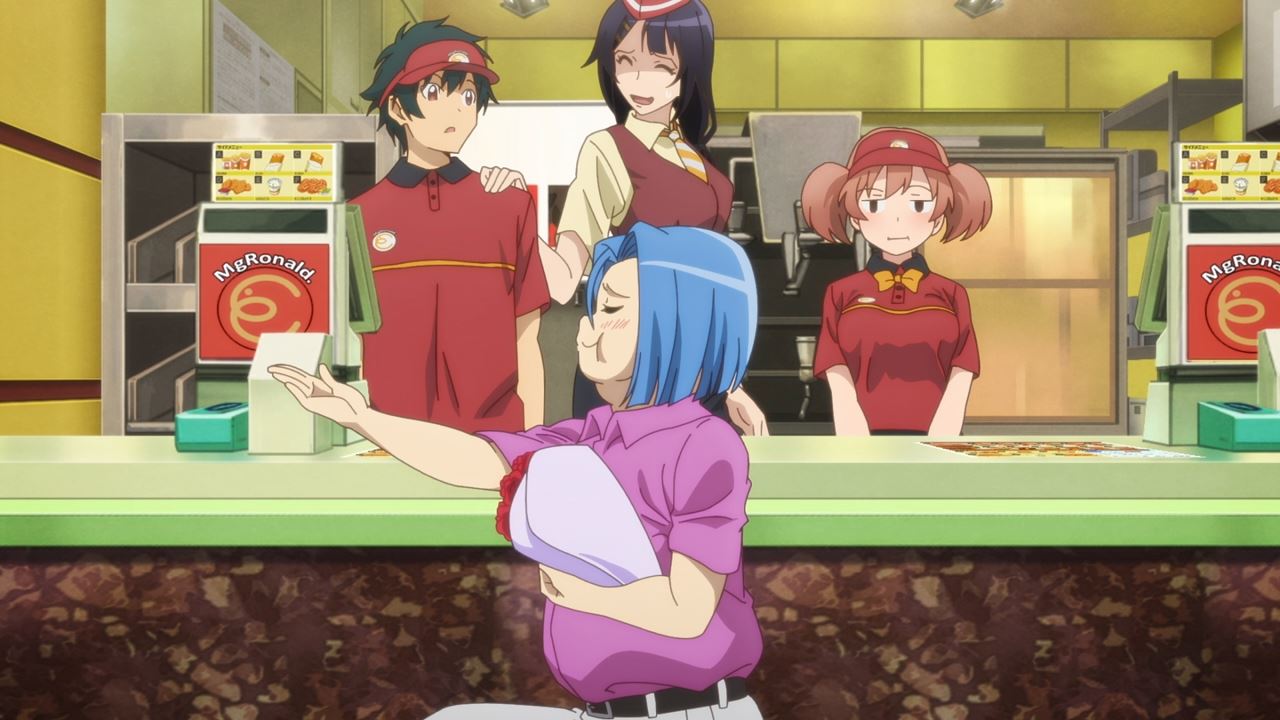 And speaking of Sariel or Mitsuki Sarue, how did the manager of Sentucky Fried Chicken became a fat dude? Not only that, but he’s attracted to Mayumi Kisaki.

Dammit Sariel, I can’t believe that an angel like you have become obese upon eating lots of super-size burger meals! In any case, looks like Sadao Maou will continue his rise to the corporate world. 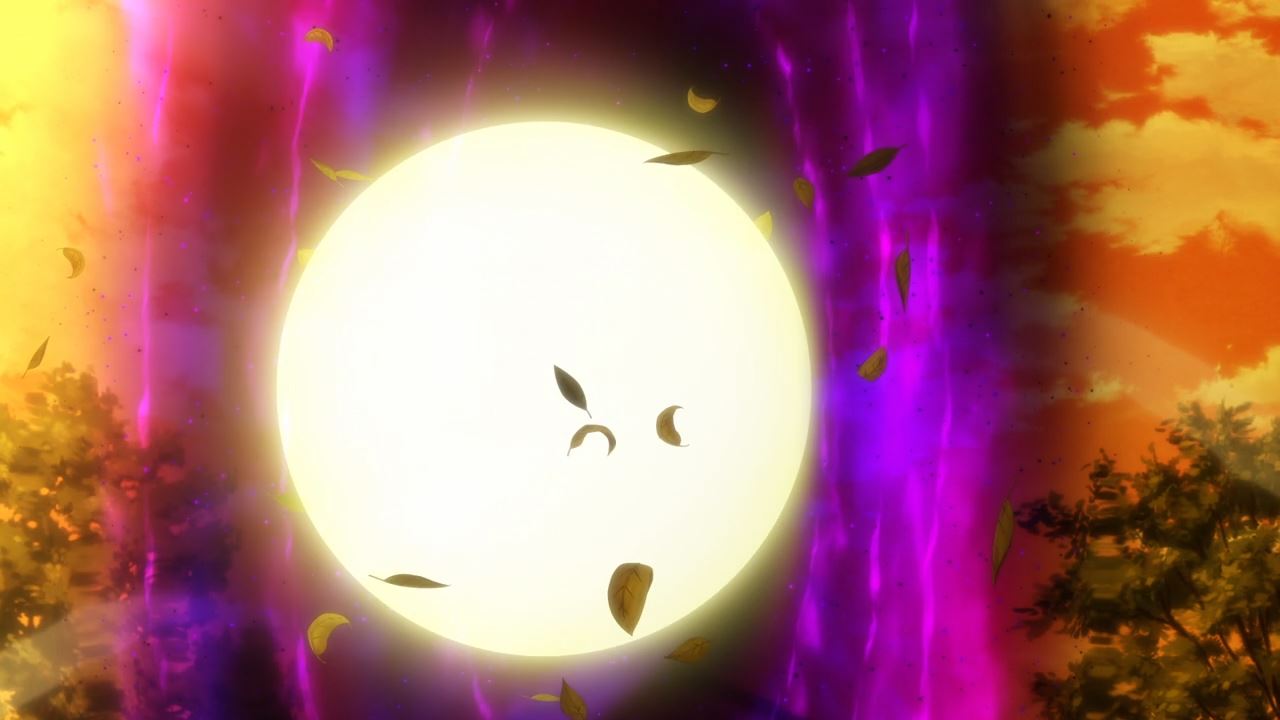 Until a golden apple transported from Ente Isla to the modern world. Okay, seems that this world is getting some strange objects and people from Ente Isla lately, from Lucifer/Hanzo Urushihara to Crestia Bell/Suzuno Kamazuki. 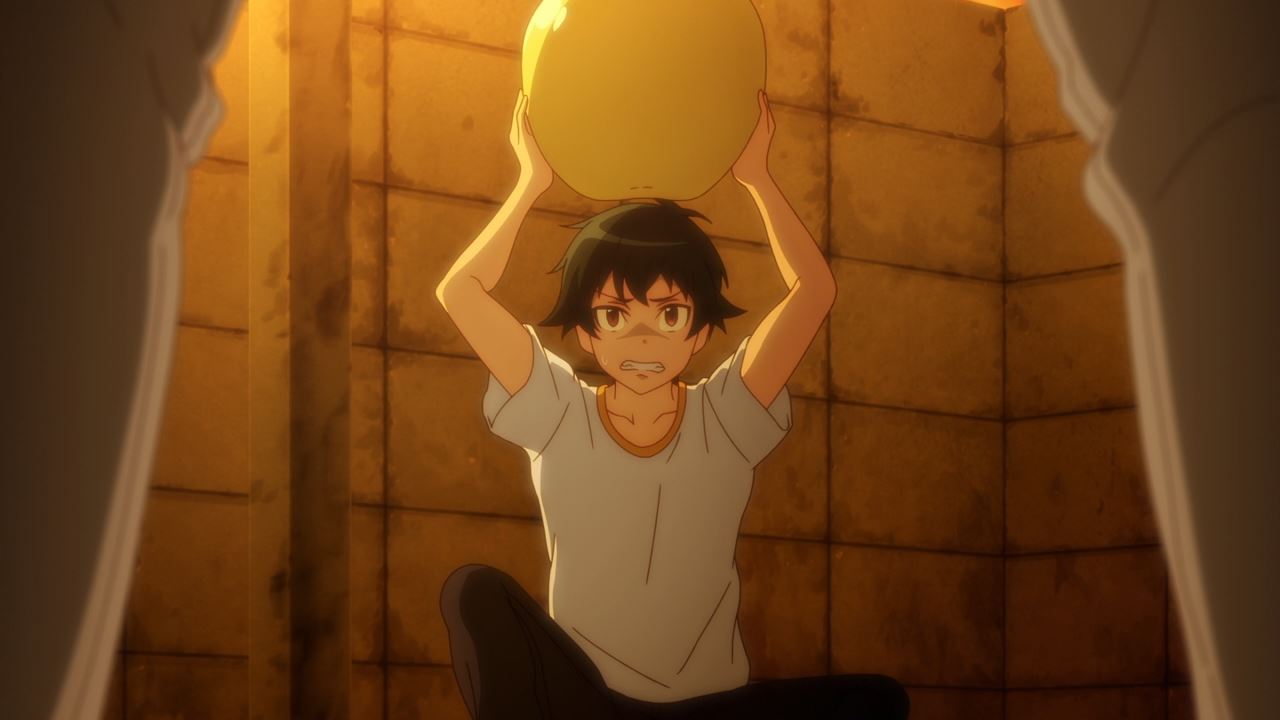 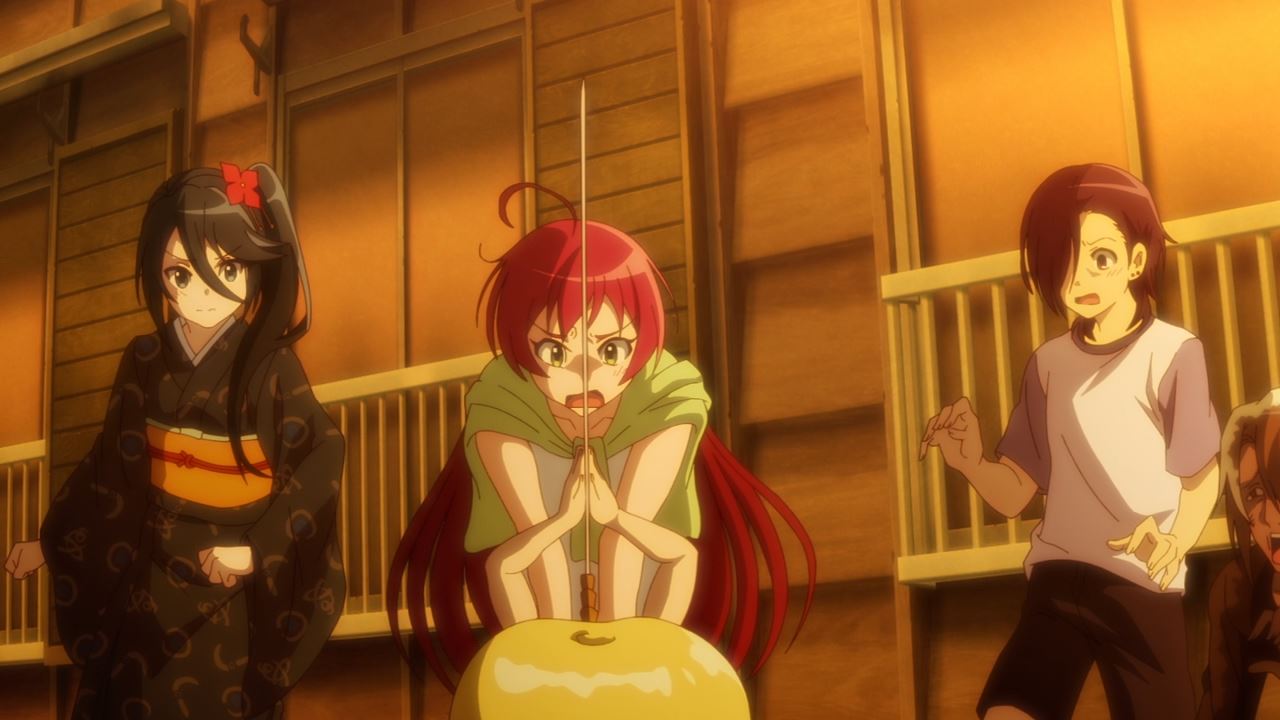 But here’s Sadao Maou and Emi Yusa where the former mocked the latter’s flat chest that Emi pulls her sacred sword and tries to kill the demon lord… until two arms popped out from the golden apple and block it. 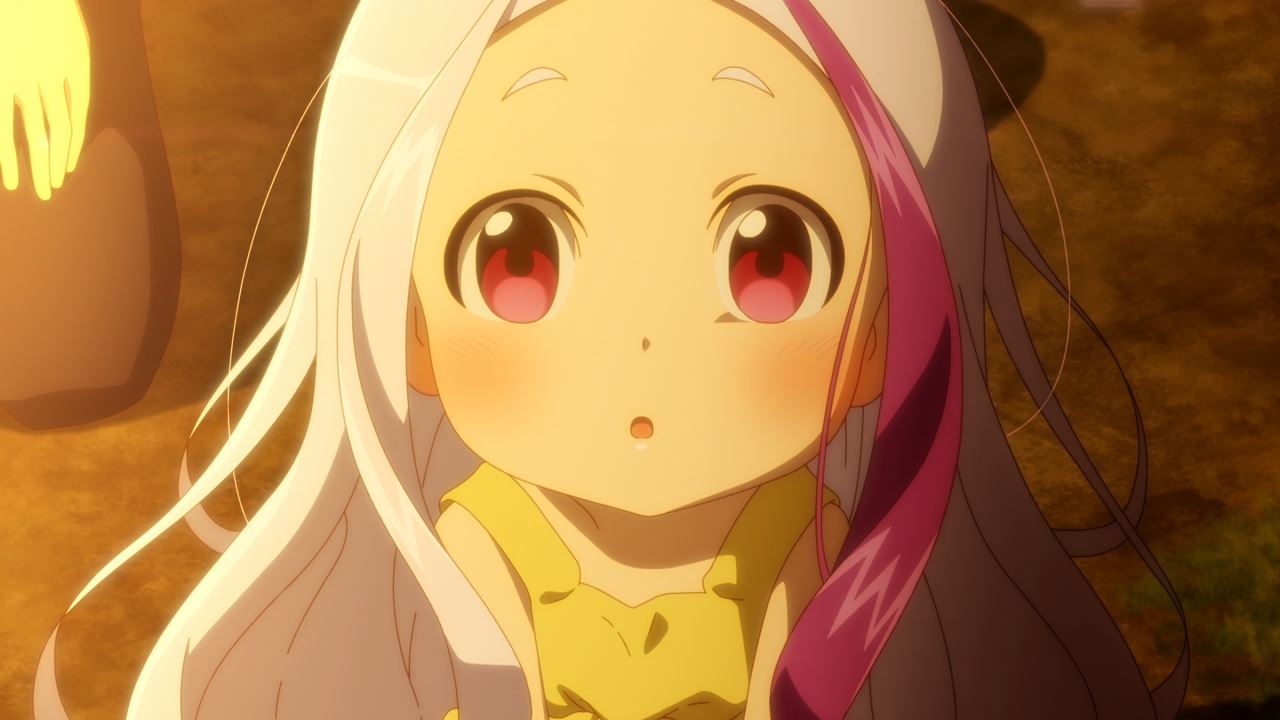 Anyways, turns out that the golden apple hatched into a baby girl named Alas Ramus where she declares Sadao Maou and Emi Yusa as her parents. Oh shit, this is really complicated after that stupid scuffle between a demon lord and a hero! 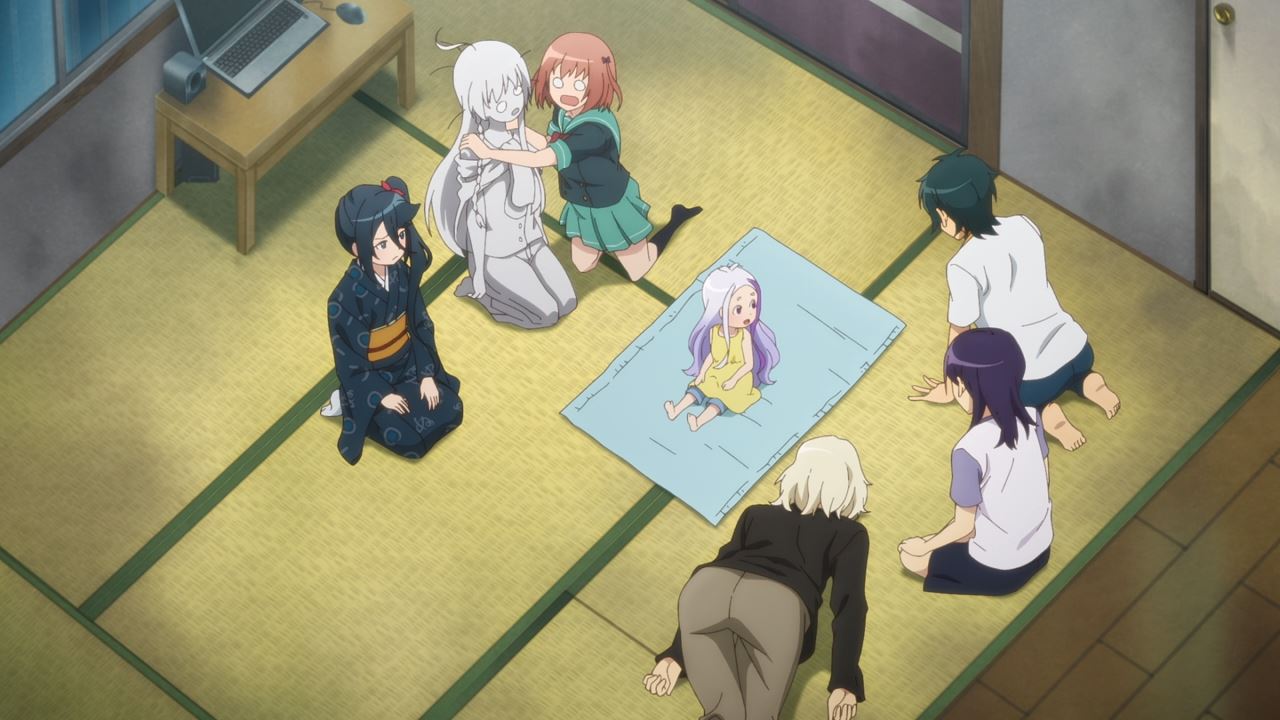 Of course, there’s Chiho Sasaki where she can’t believe that Maou-san has a child even though it came out from a fruit like Momotaro.

With that said, welcome back Hataraku Maou-sama! as I’m glad that the anime show has returned from a long hiatus. Now if only a certain Highschool DxD returns for another season but anyways, see ya on the next episode!