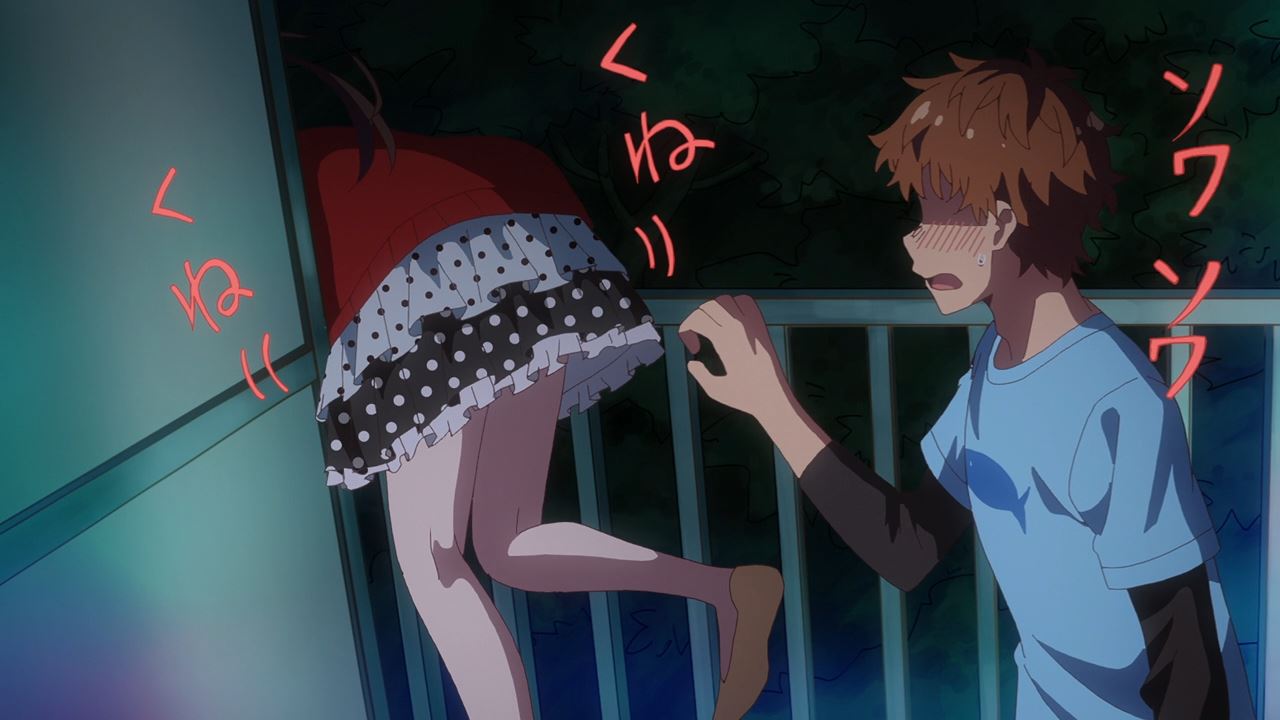 Well everyone, it appears that Chizuru Mizuhara went to Kazuya Kinoshita’s balcony to check if she can open her apartment from the veranda door.

Then again, it’s really dangerous as Chizuru might fall down should she found out that the veranda door is also locked. 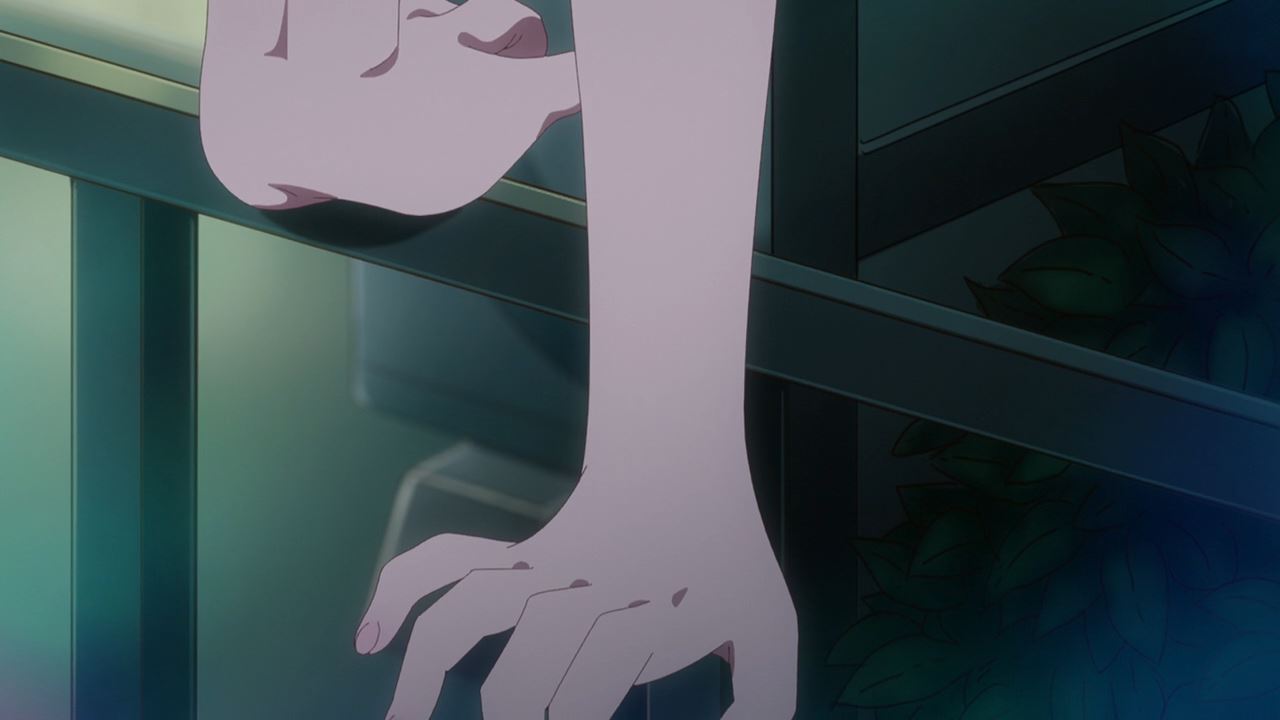 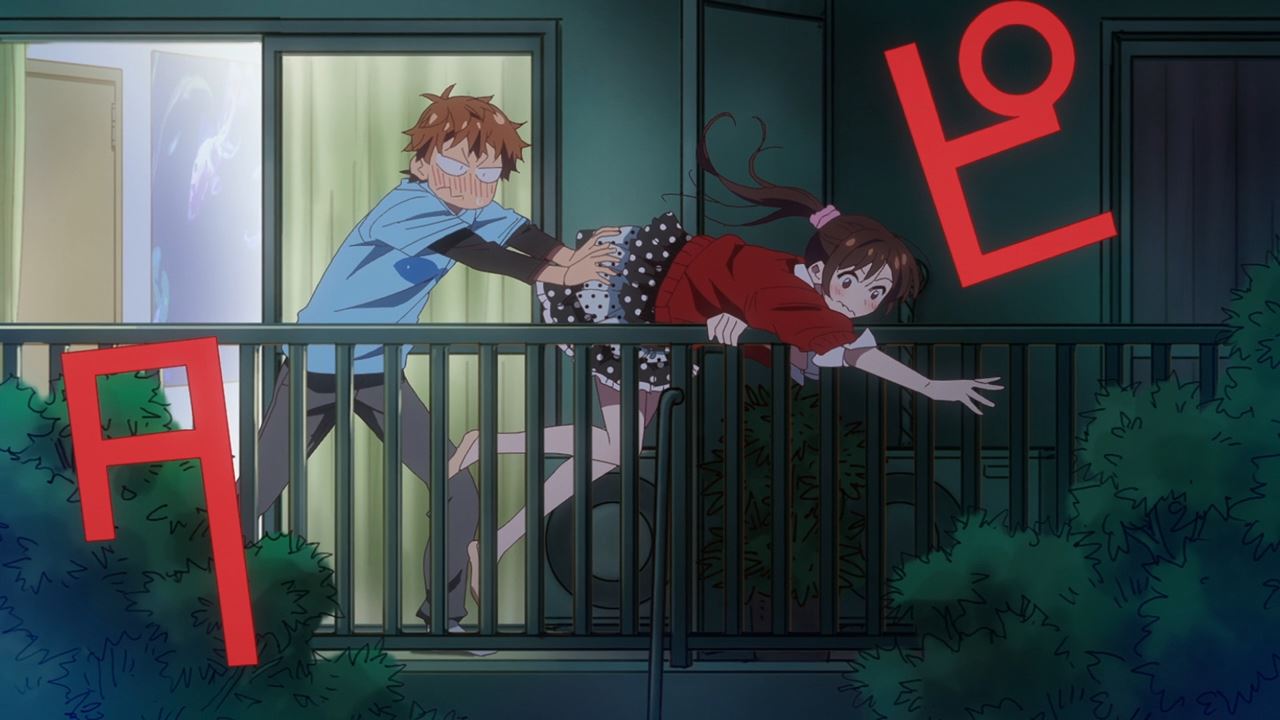 Sadly, my fears have come true as Chizuru slipped and she’s about to fall down to the pavement… until Kazuya grabs her juicy ass to rescue the rental girlfriend.

Also, Mizuhara checked that the veranda door is locked, meaning that she’ll have to stay at Kinoshita’s apartment for the time being. 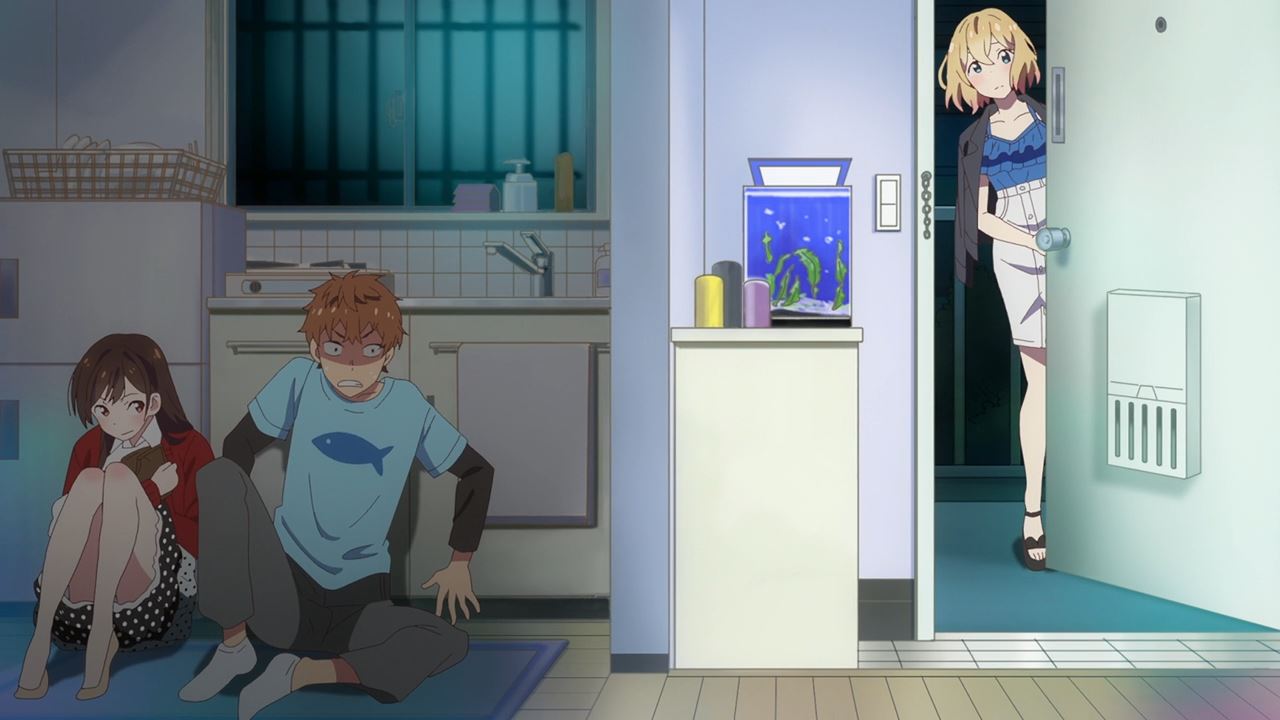 Except that there’s a big problem as Mami Nanami appeared as she opens the door to check if Kazuya Kinoshita is here.

Looks like Kazuya will have to hide Chizuru Mizuhara until he prays that his ex-girlfriend is out of his apartment. 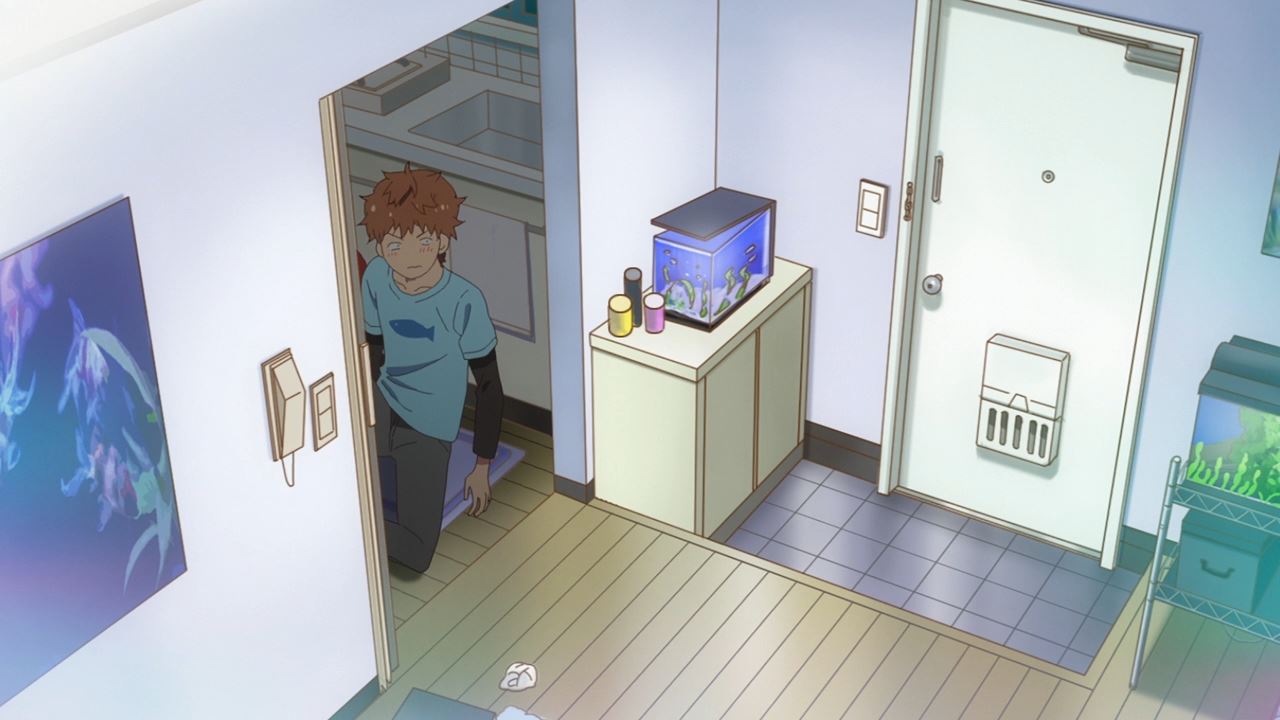 Eventually, Mami is gone but geez, Kazuya should have lock the door in the first place. But hey, at least the ex-girlfriend didn’t saw someone coming into his apartment. 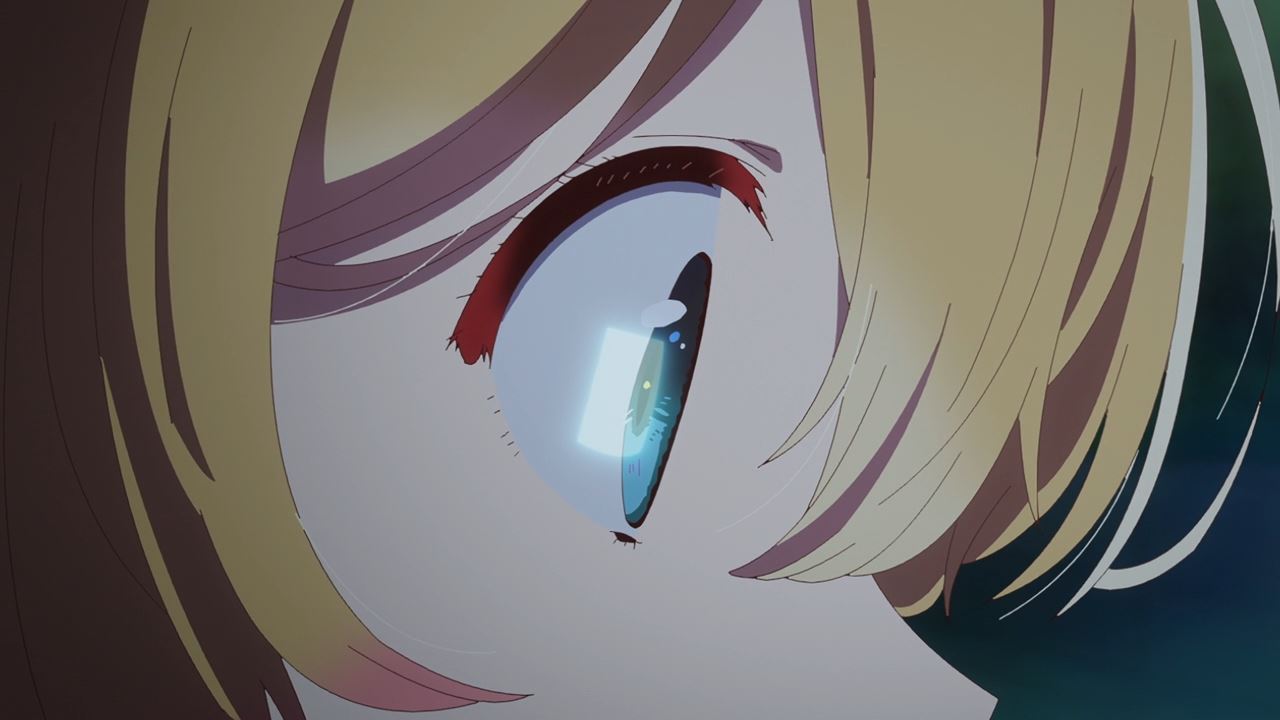 Unfortunately, Mami Nanami realized that someone went inside Kazuya’s apartment. Wait a minute, she didn’t found any shoes at the front door, right? 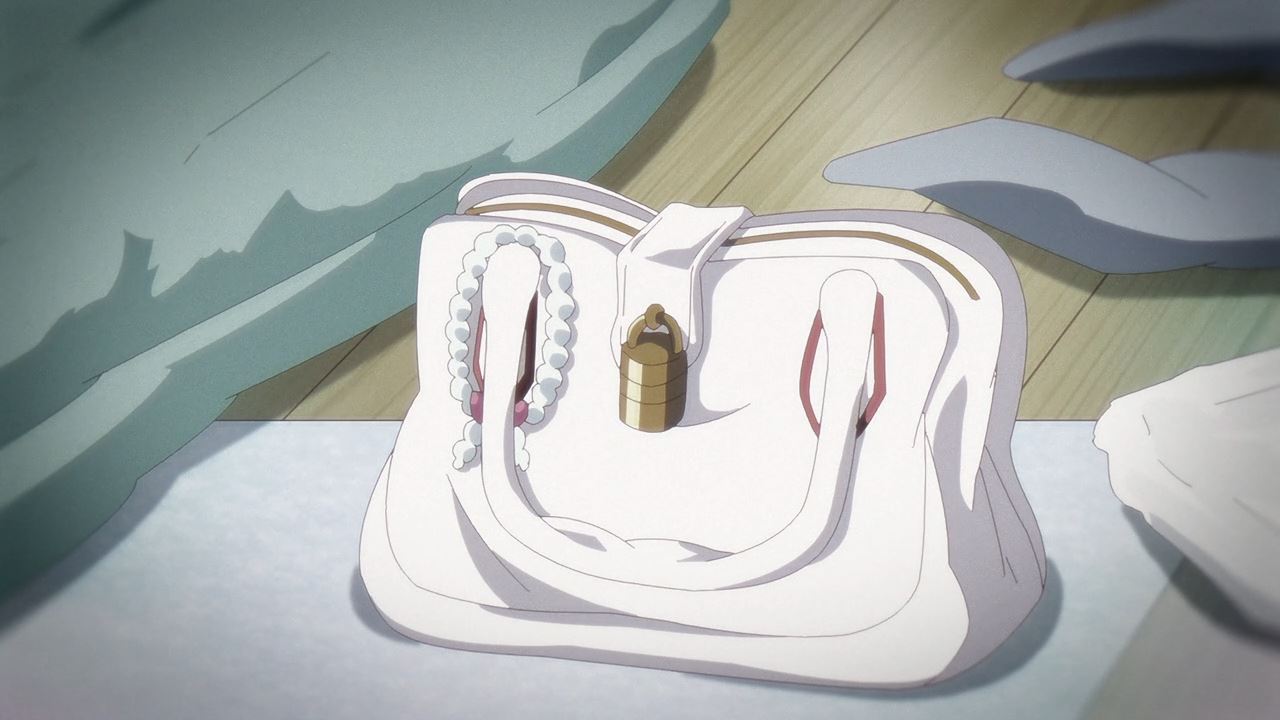 Well, turns out that Mami found a purse belonging to a certain Chizuru Mizuhara. Oh boy, psychotic ex-girlfriend is gonna strike back soon! 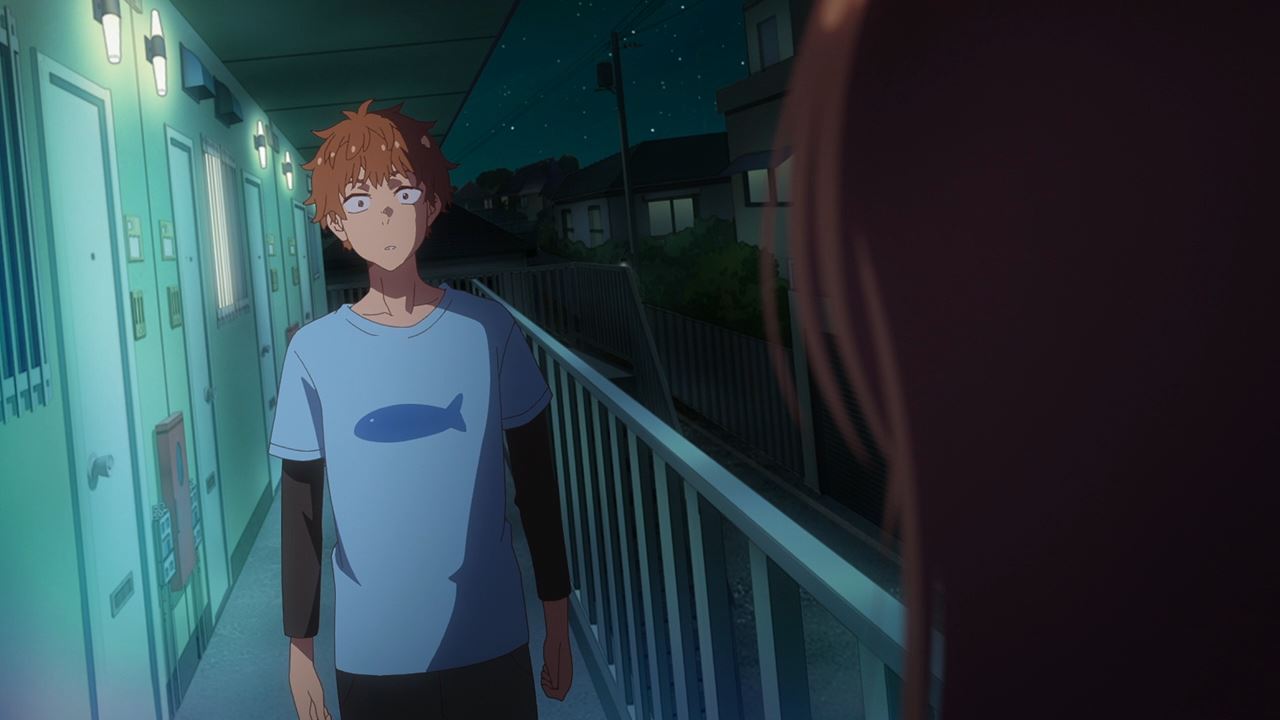 Anyways, looks like Nanami is already gone as Mizuhara will have to find the landlord and try to open her apartment. 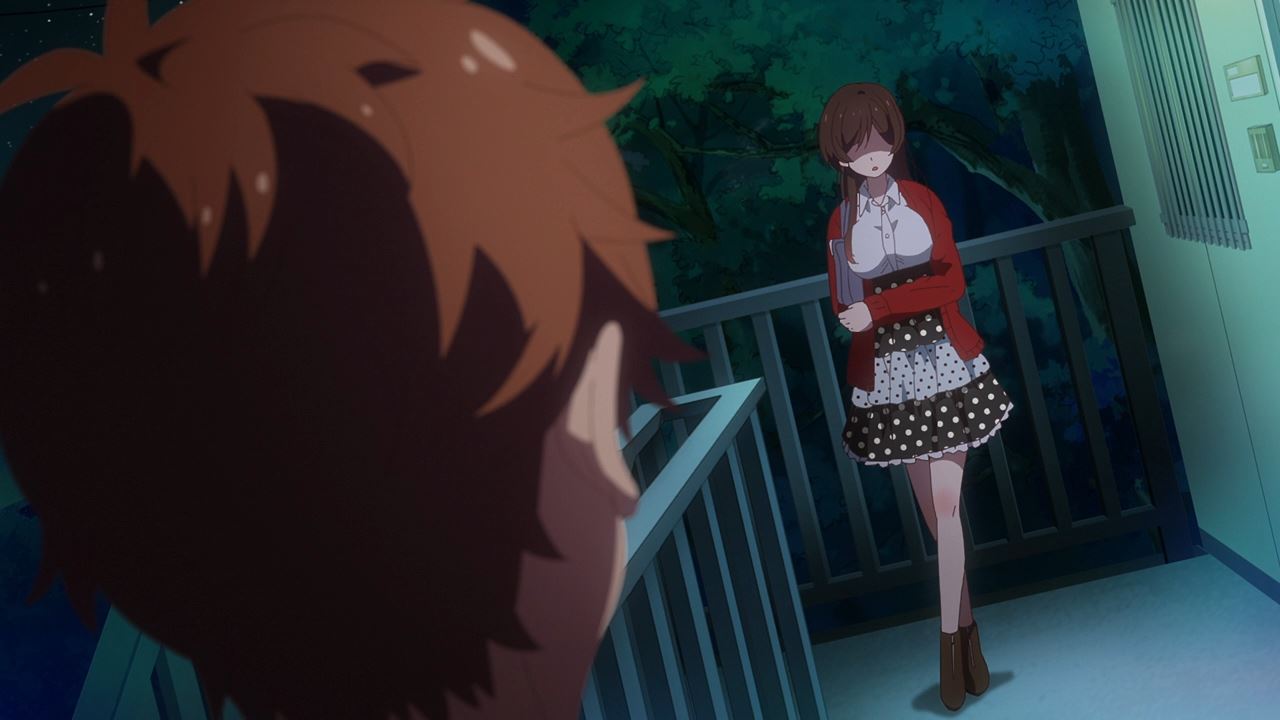 Oh yeah, I forgot to tell you that Chizuru Mizuhara doesn’t have parents as her father disappeared (possibly went to another woman) while her mother died. Basically, her only relative she has is Chizuru’s grandmother Sayuri.

As much as she strives to become an actress, I have to say that Chizuru got a really rough life where she tries to become a better child for her grandmother. 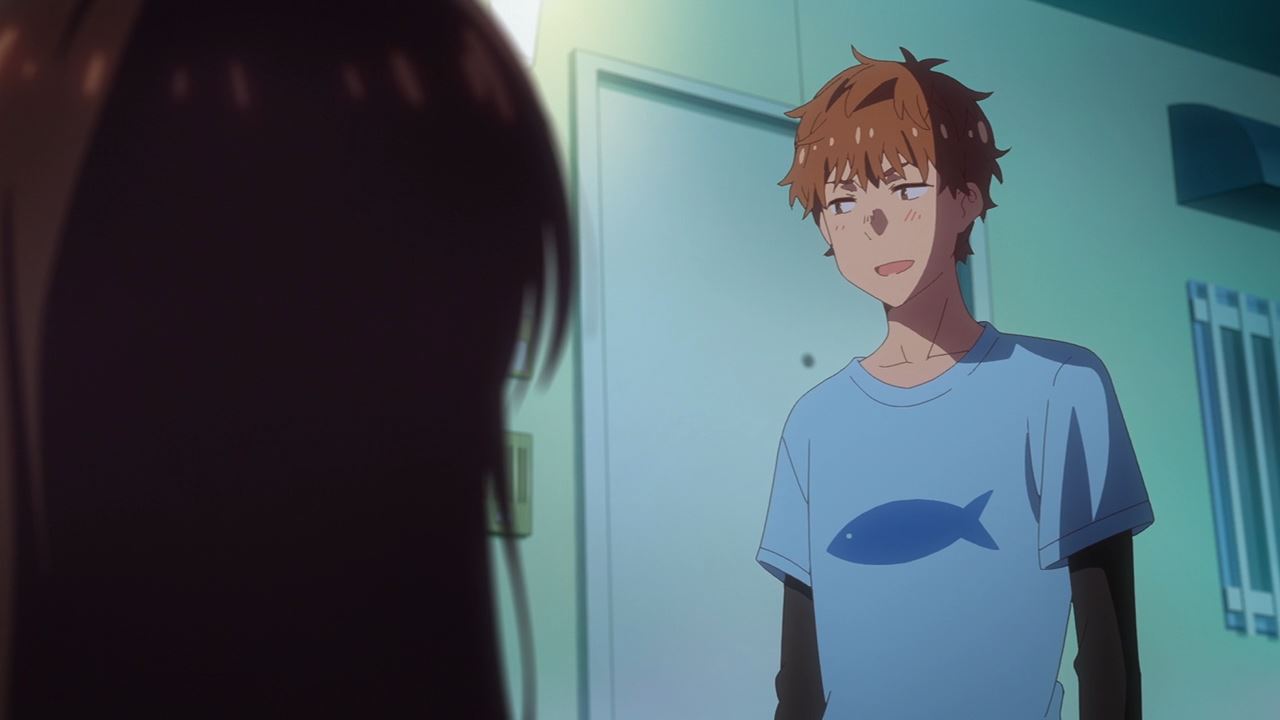 Meanwhile, here’s Kazuya Kinoshita where he’ll continue to support Chizuru now that he knows her past. But seriously, I think he should date Mizuhara for reals rather than paying her rental services every week. 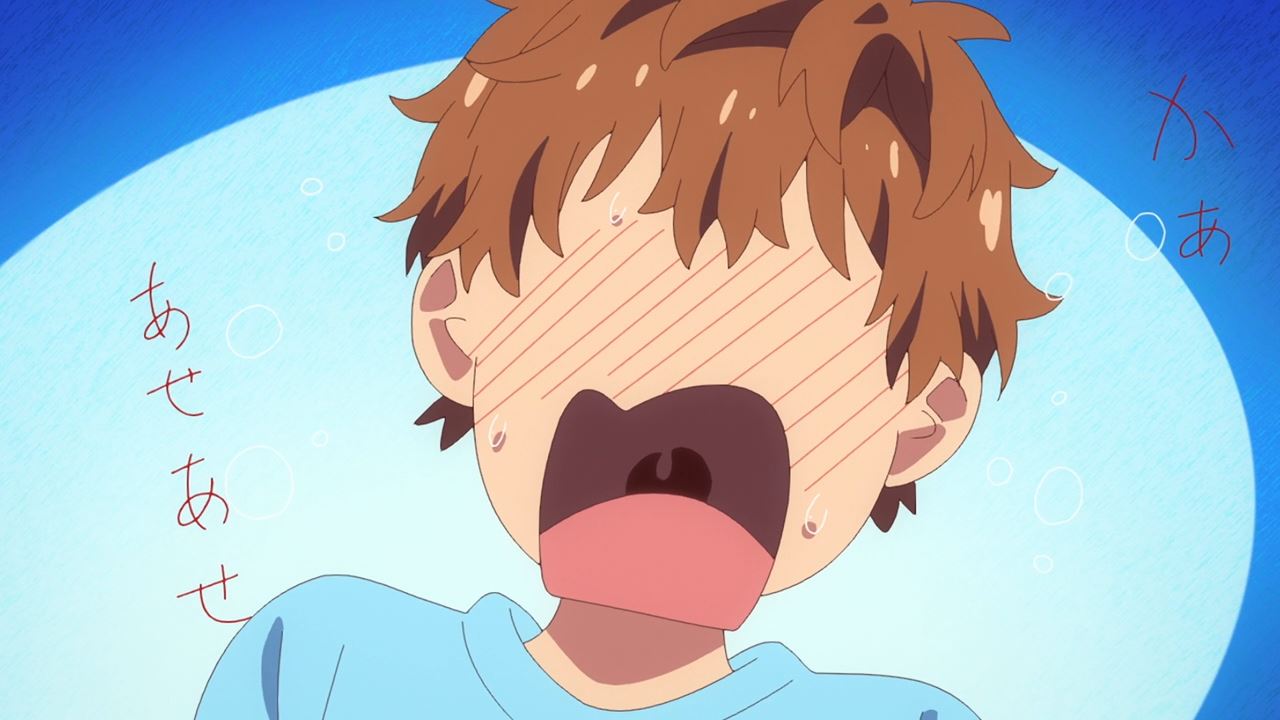 And speaking of Kazuya, I have to say that he got really embarrassed after saying those cheezy words of support to Chizuru. Okay Kinoshita, you should become a man and put Mizuhara to your bed ’cause she’s a needy girl! 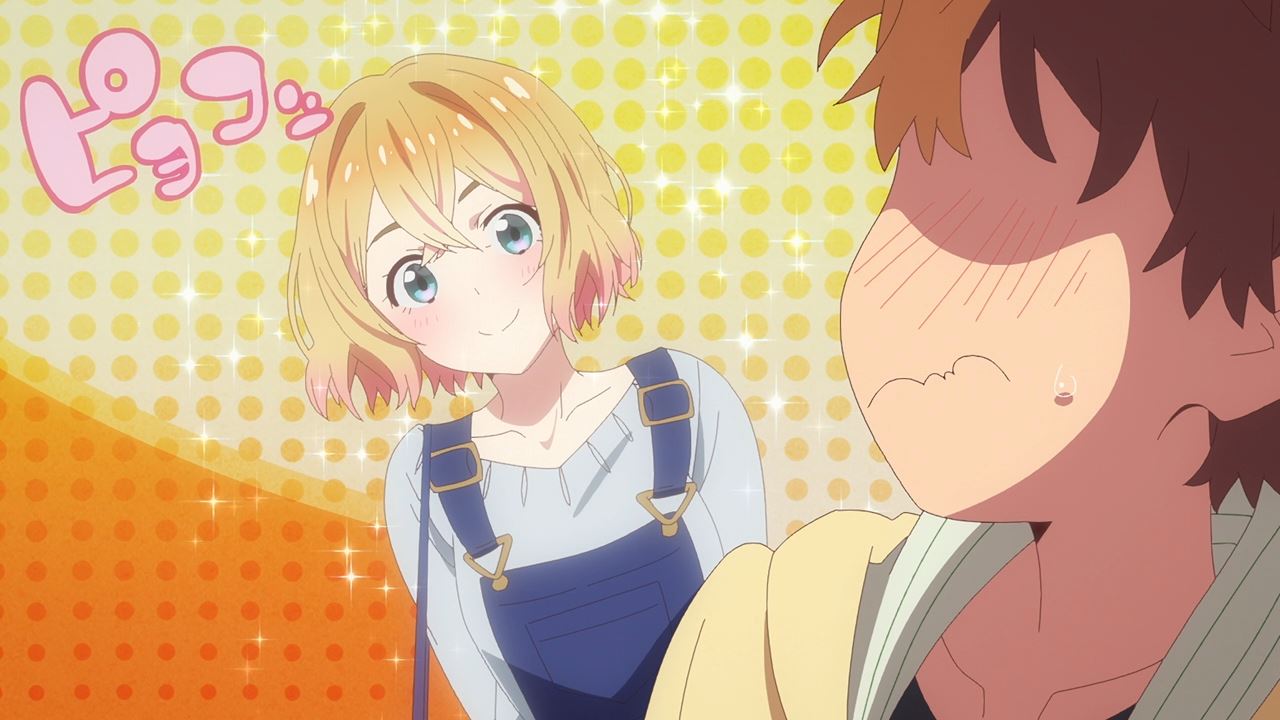 Then again, he can’t do that ’cause his mind still involves his ex-girlfriend Mami Nanami. Why she continues to stalk Kinoshita rather than moving on?

Anyways, tune in next time where I have a feeling that Mami will conduct an inquisition to her idiot ex-boyfriend.