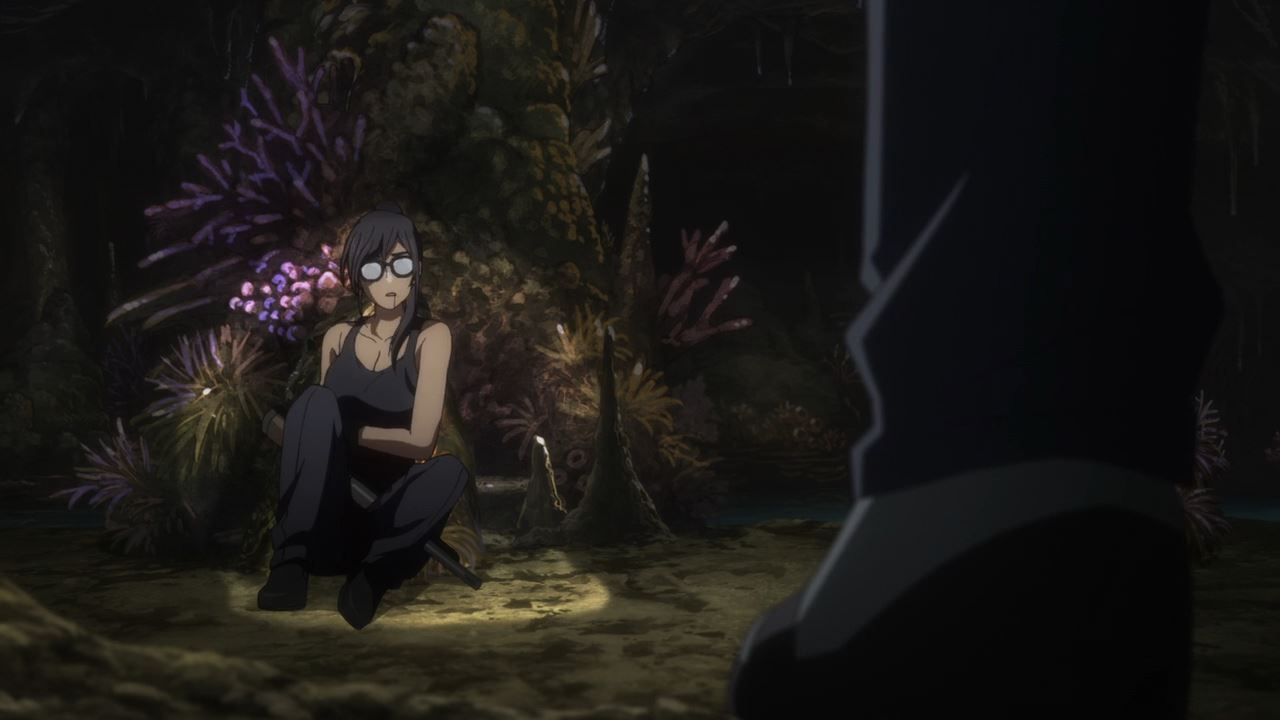 Here’s Ryuunosuke Nagumo (or Hizuru Minakata) where she’s about to die soon thanks to the abomination shooting her in the gut until a certain person approached her. 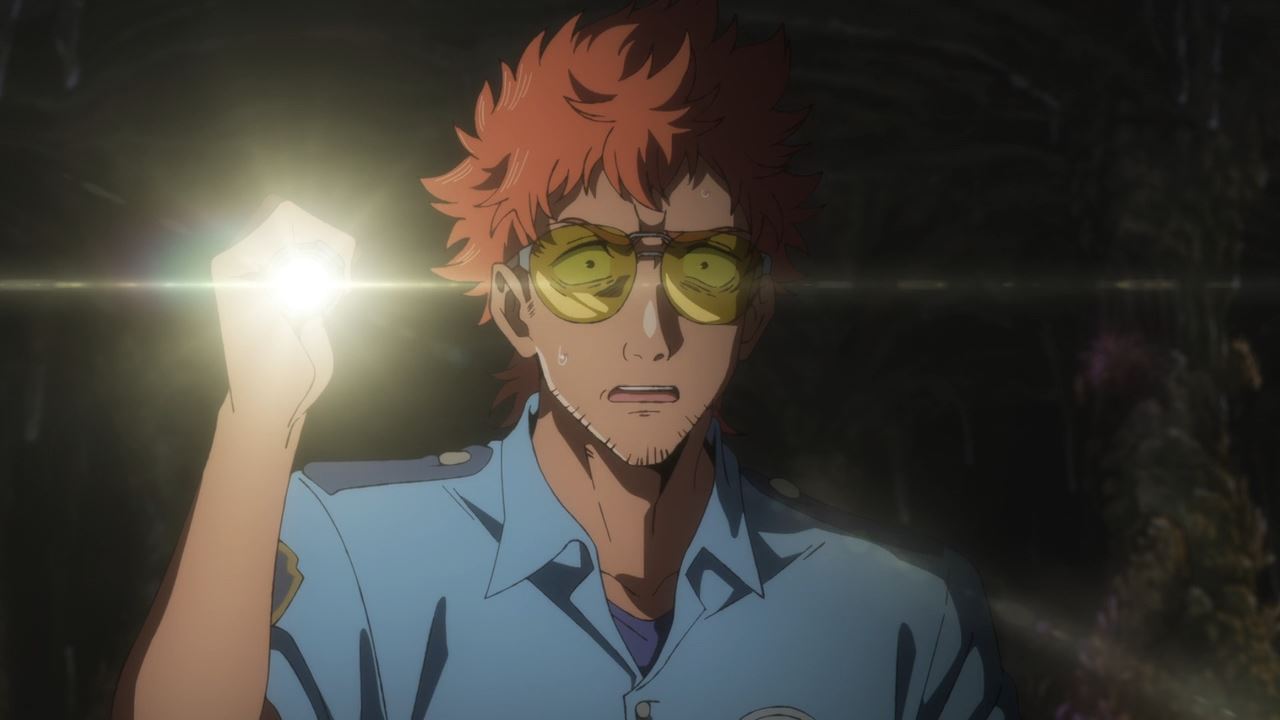 Said person happened to be Tetsu Totsumura and wait a minute, what happened to Mio Kofune you useless policeman!? 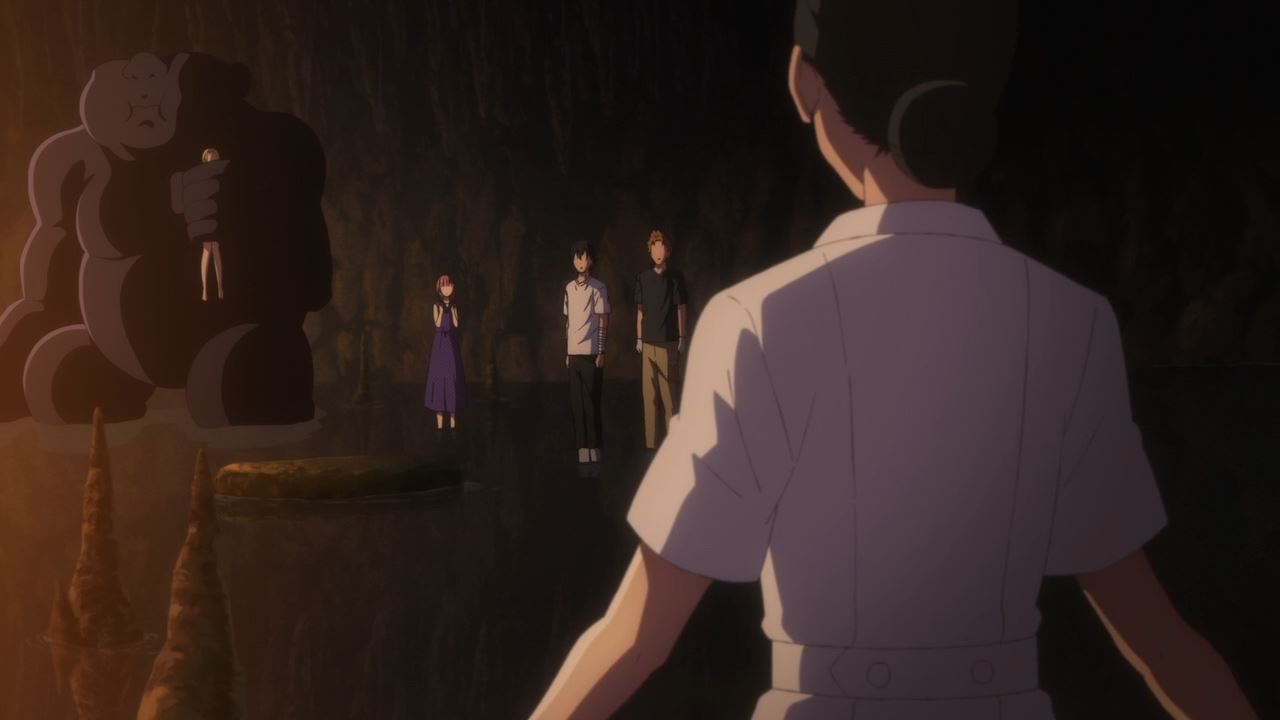 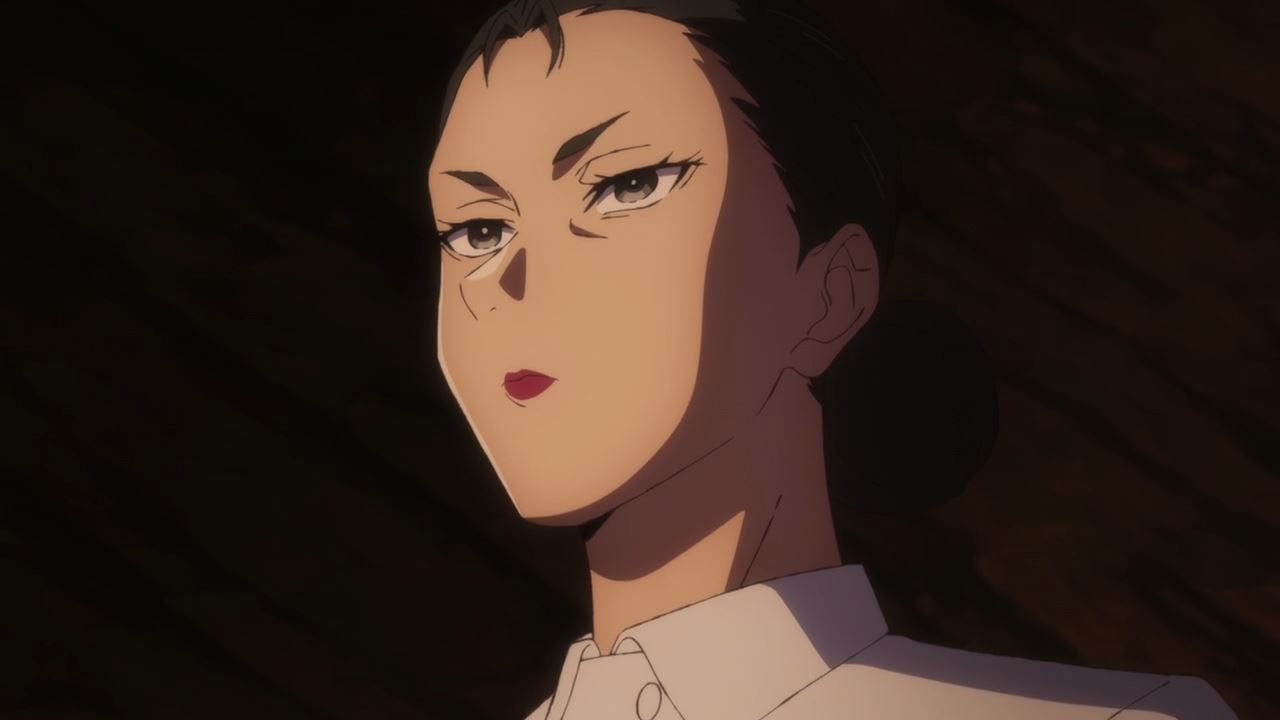 Now then, let’s return to the Hiruko Cave where it’s time to reveal the most baffling secrets from the Hishigata family as Dr. Seido’s nurse Negoro brought two boxes to Haine. 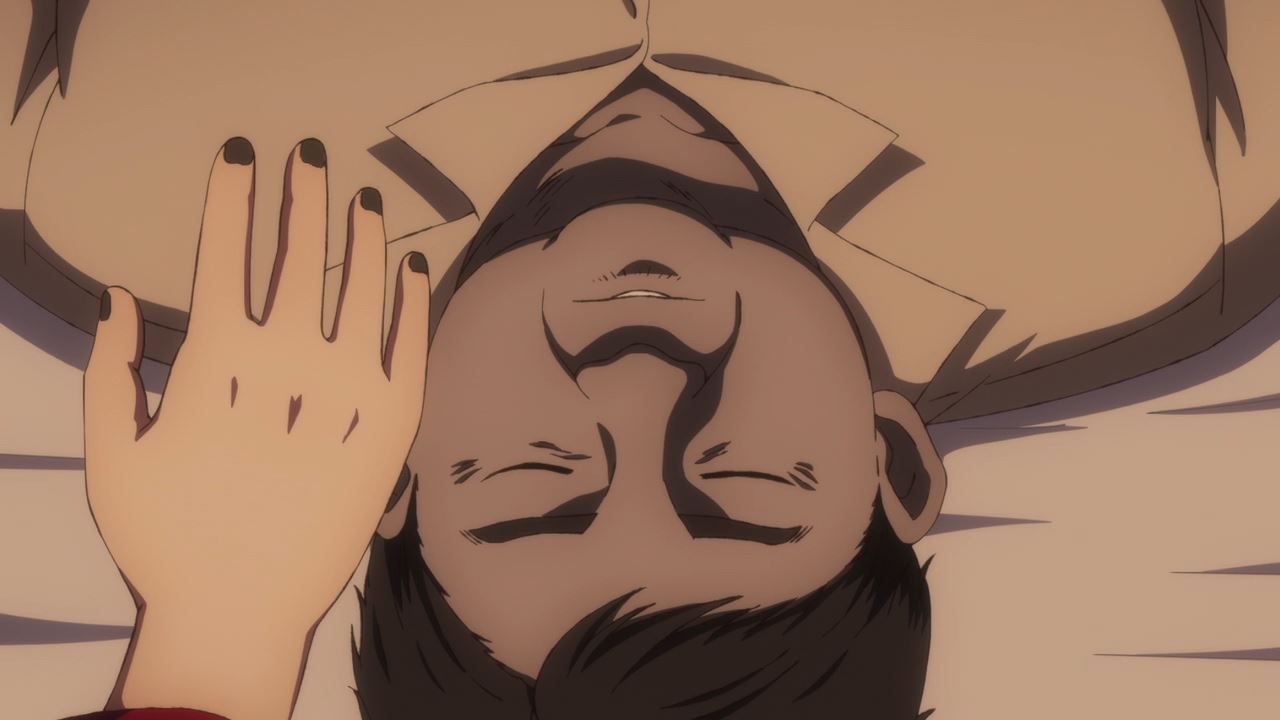 Correction, it’s actually two coffins containing Miura-san and another corpse. Turns out that the Hishigata family are doing this for generations to feed Haine, or rather the avatar that represents Hiruko.

Of course, there’s more to just feeding corpses to an eldritch goddess as Tokiko explains that she wants Haine to revive her mother, although I really doubt that. Now then, what about the other corpse? 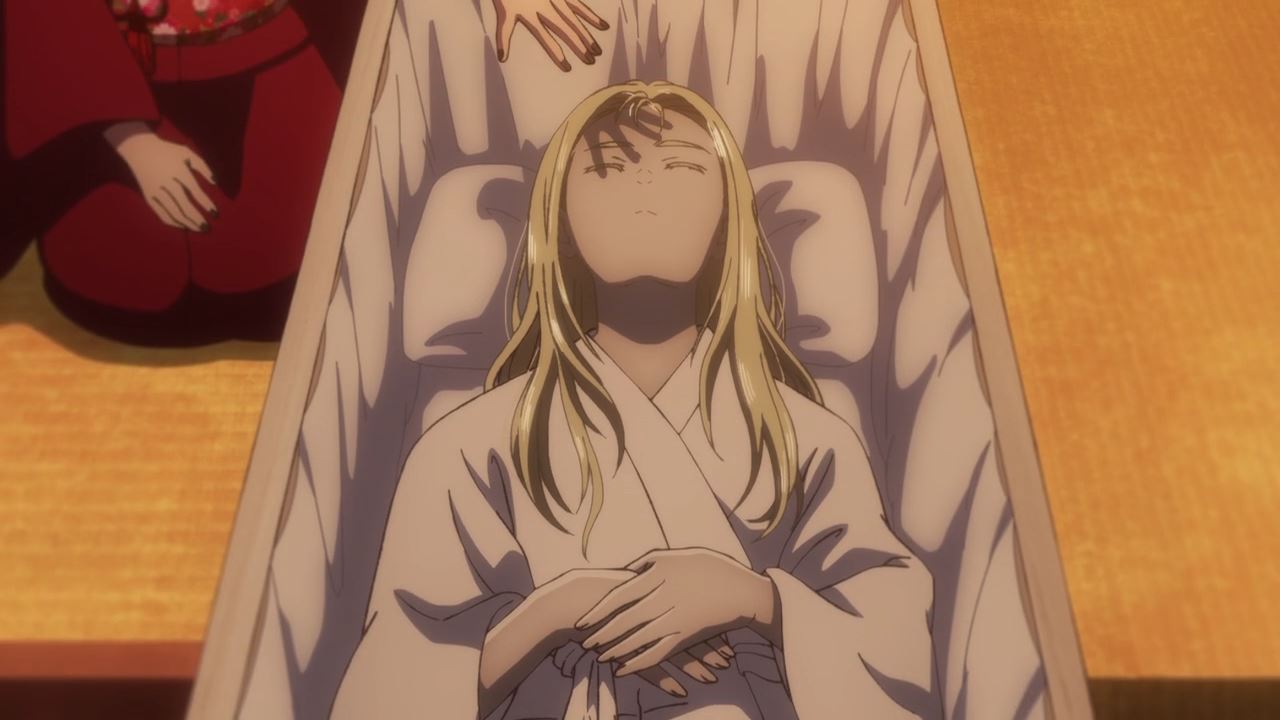 Well, turns out that the other one is actually Ushio Kofune where it’s revealed that the cremated body is actually a double.

Can’t believe that the Hishigata family would do something nasty as Haine is about to eat Ushio’s corpse. 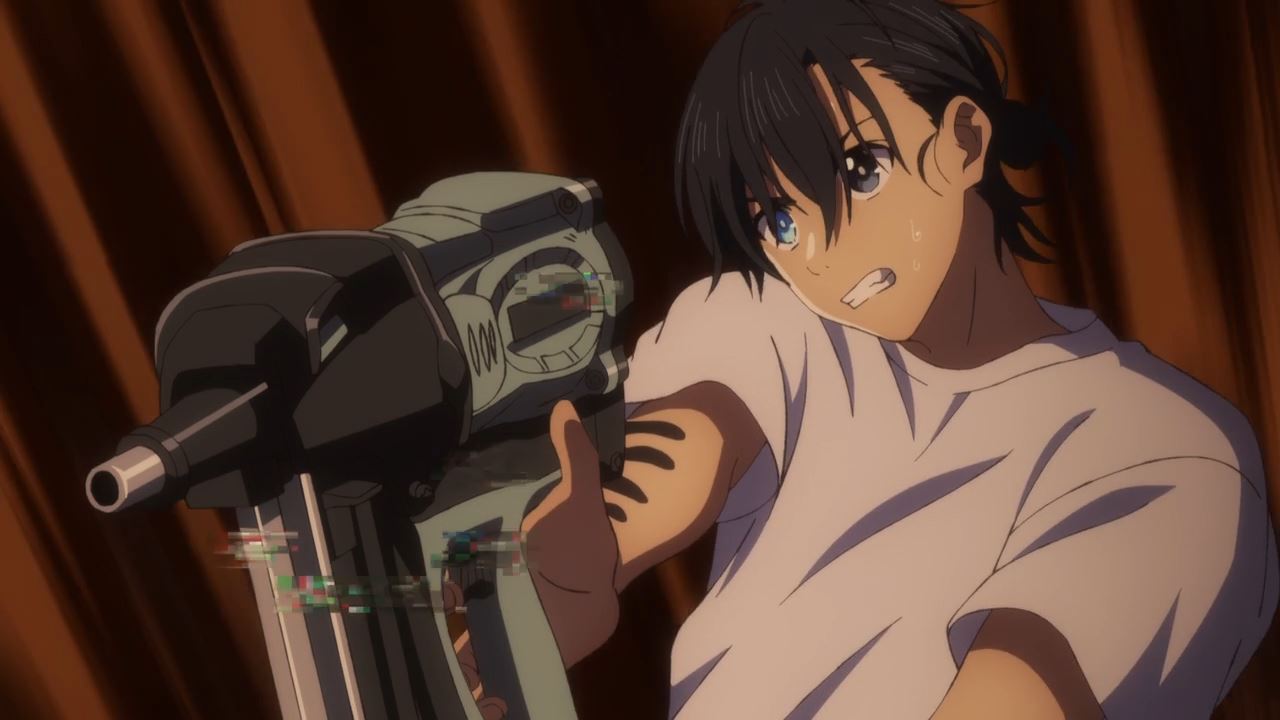 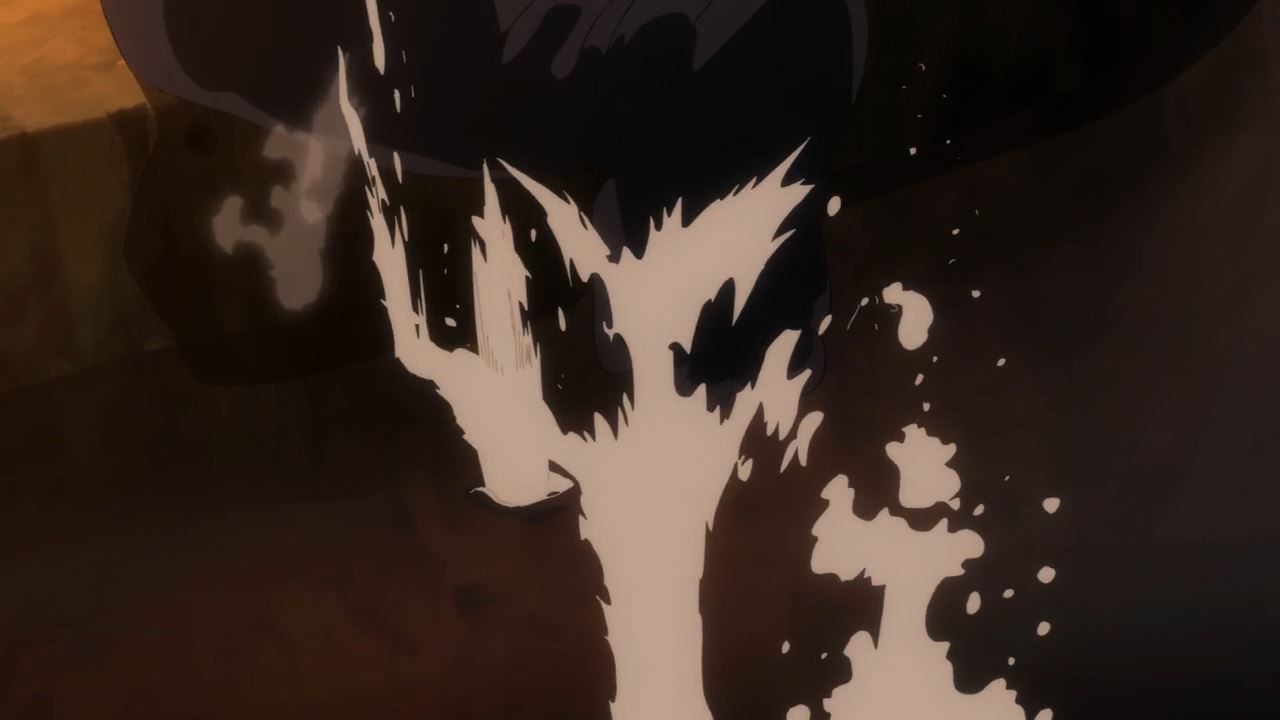 Not until Shinpei Ajiro shoot the shadow baby’s weak-point which Ushio got enough time to break free from Haine’s control. 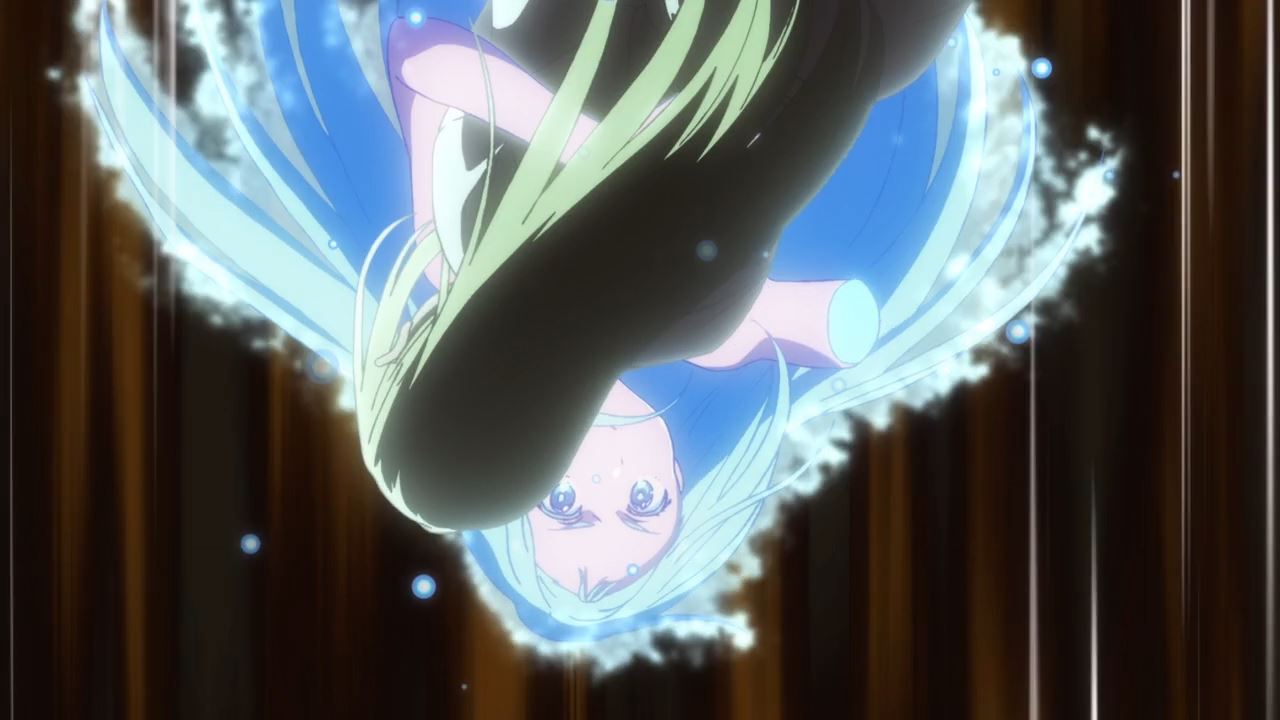 Not only that, but Ushio managed to retrieve her body, meaning that her right arm can be restored by copying the original. 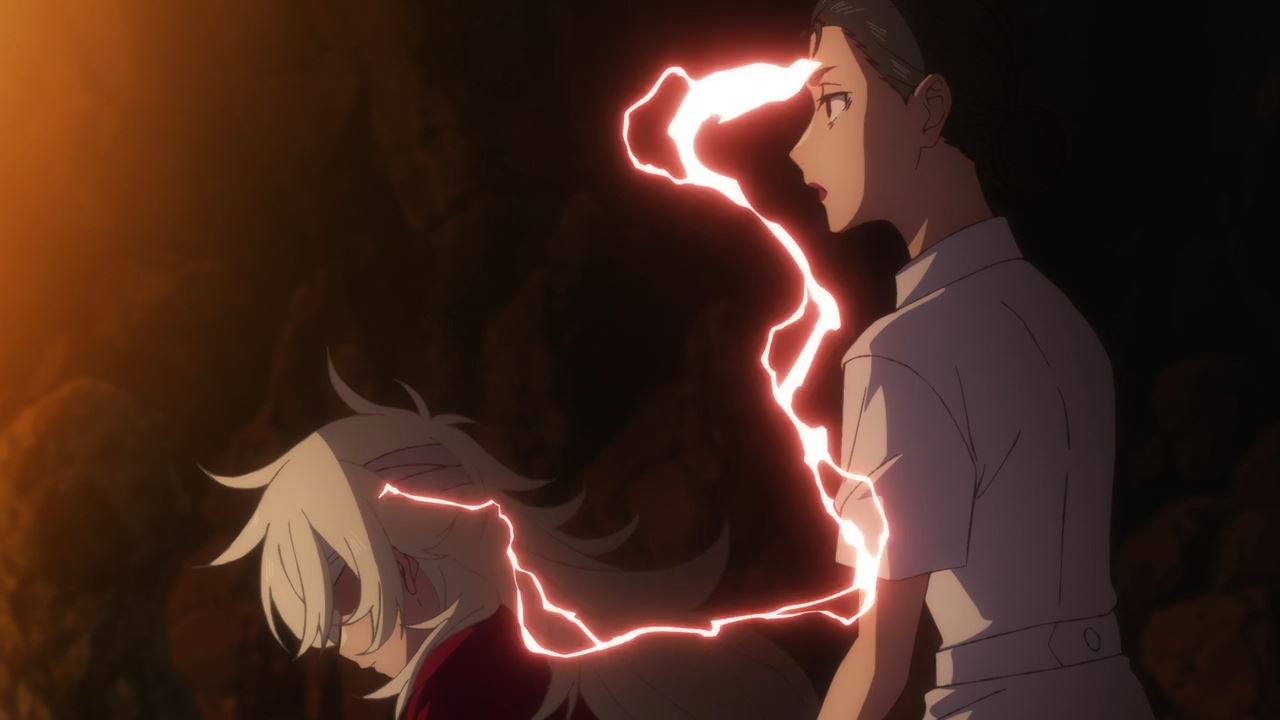 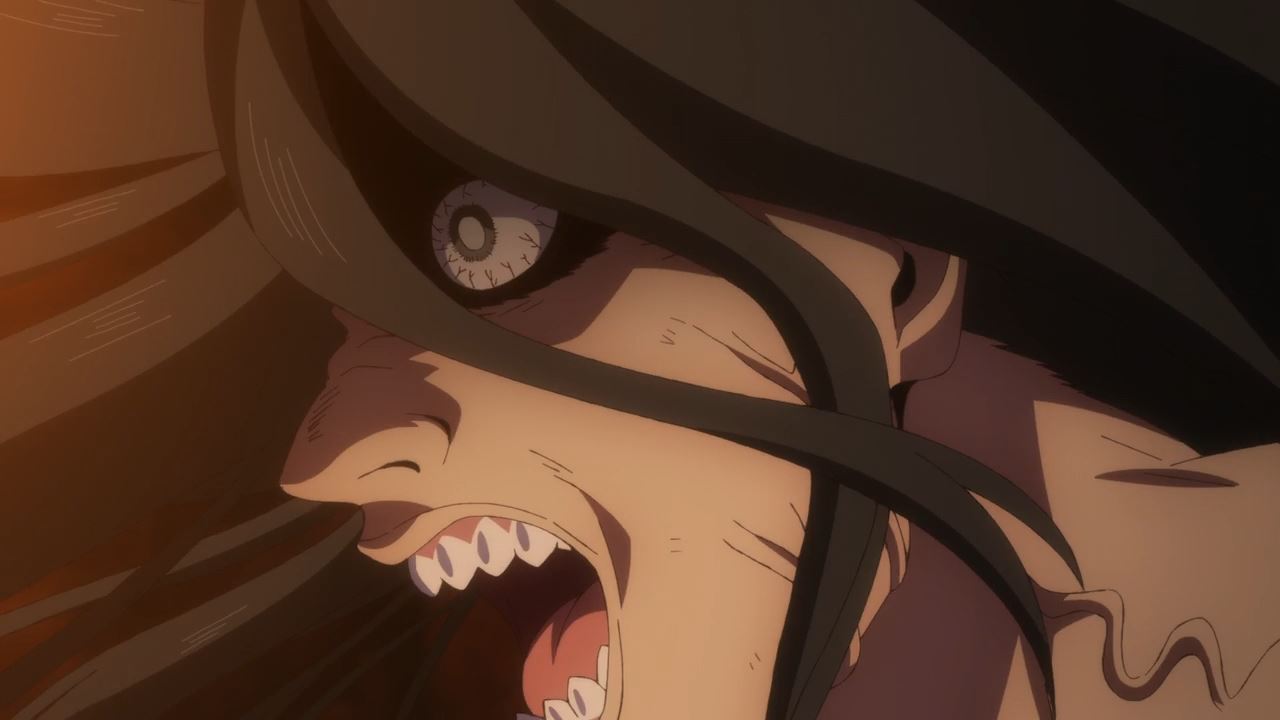 Of course, Haine is really angry that her meal was taken away, so she transformed Negoro into an hulking brute where Haine wants to stop Shadow Ushio as soon as possible.

But speaking of this rouge shadow, Ushio restored her right arm as she’s about to destroy this brute by punching her weak-point. 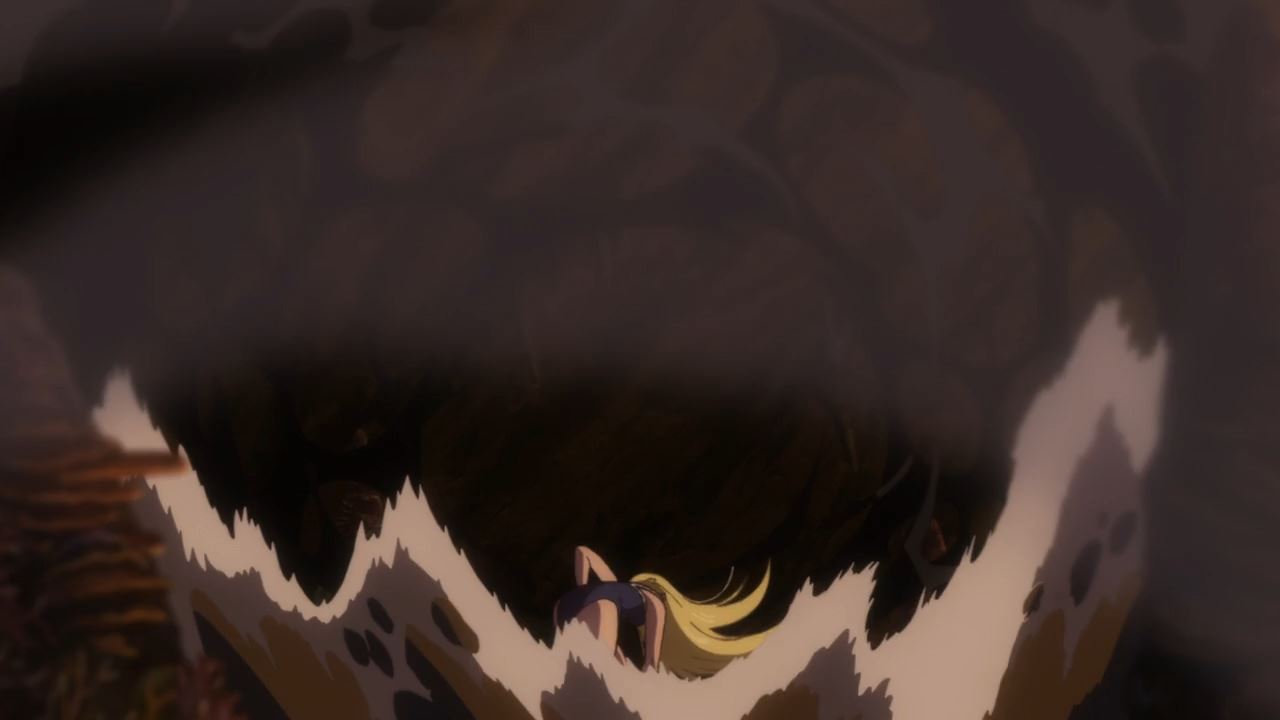 Anyways, Negoro is soundly defeated thanks to Ushio Kofune. At this point, looks like Haine is defenseless now that she doesn’t have her minions to shield her. 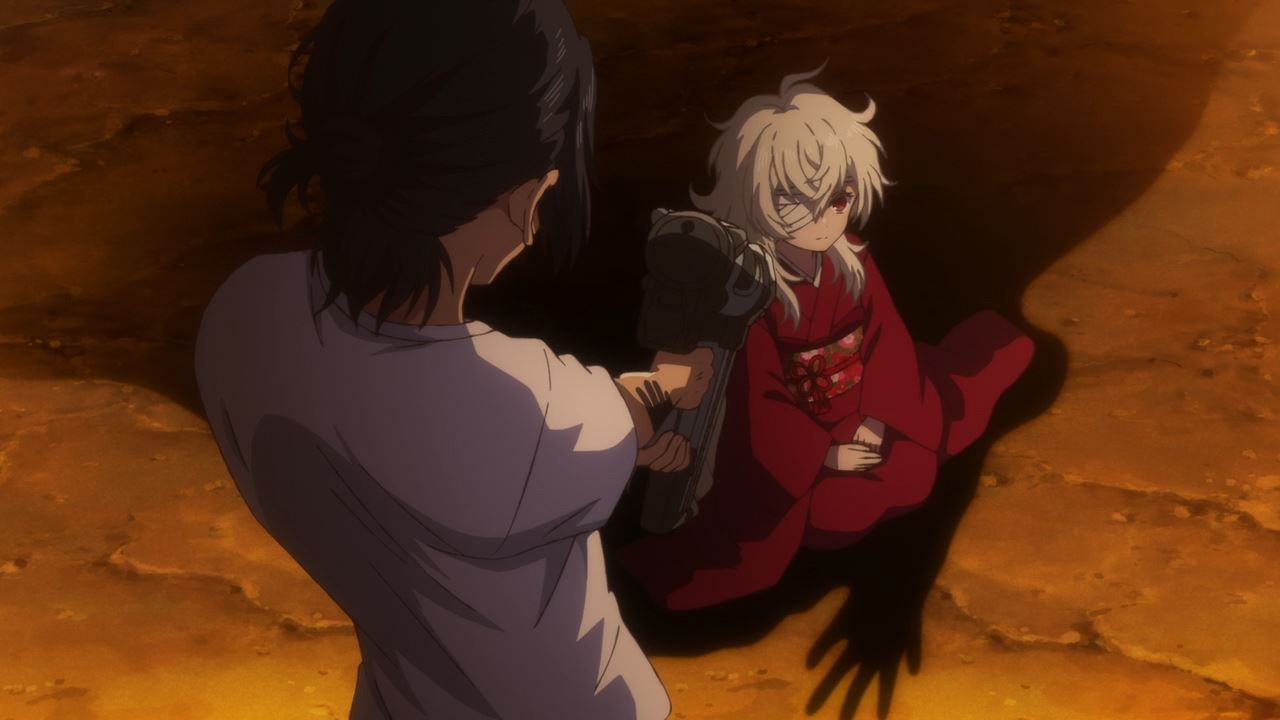 Speaking of Haine, Shinpei Ajiro is about to spray the mother of all shadows with nails. But wait a minute, I forgot something really important… 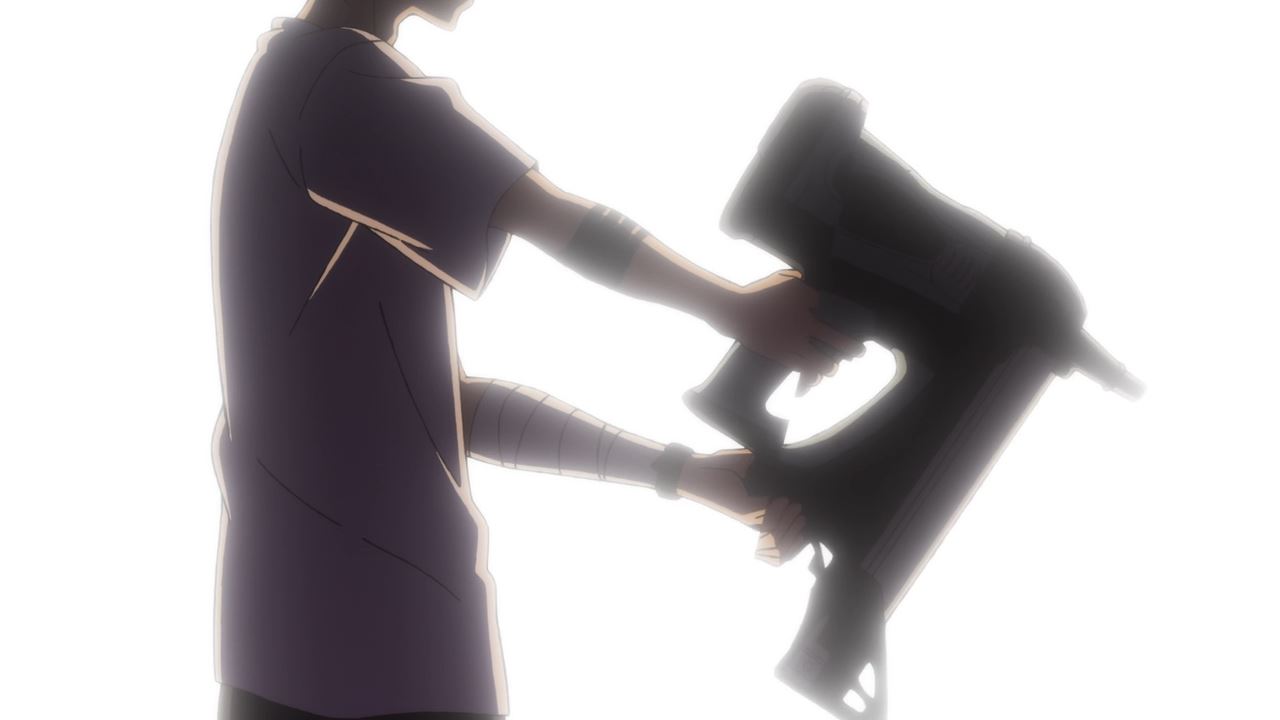 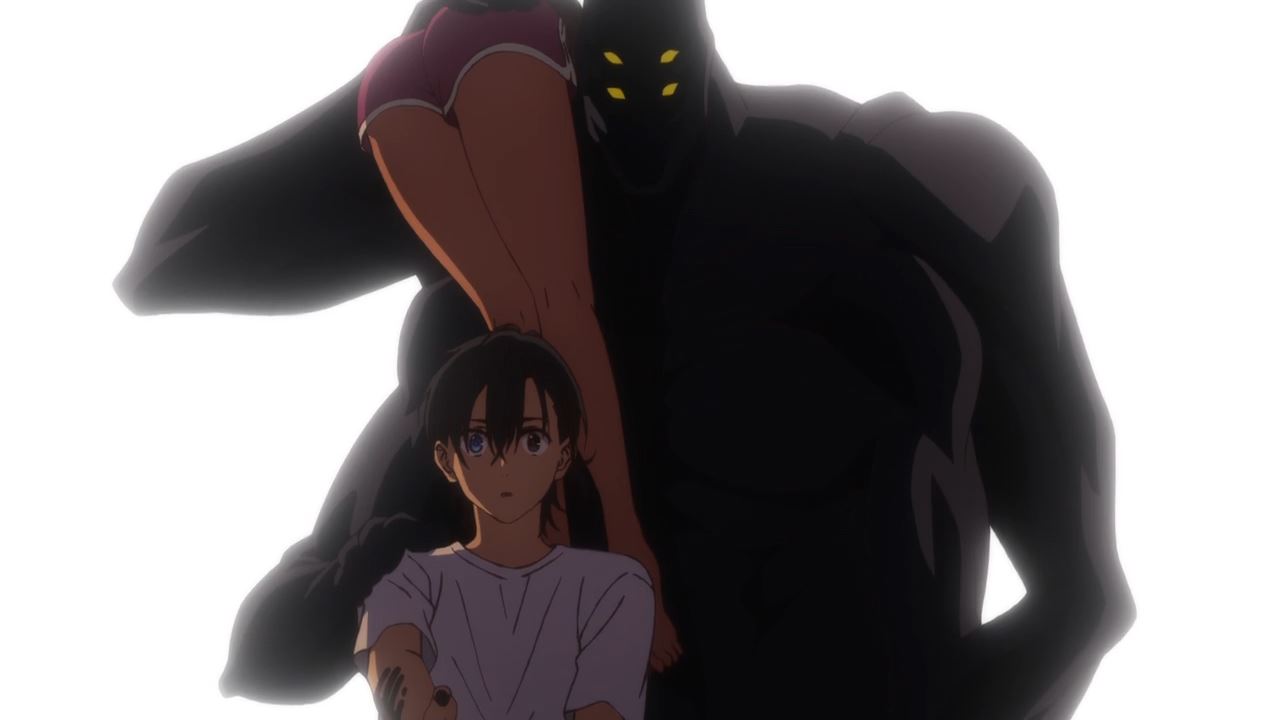 Oh right, the abomination with four arms as it slices Shinpei’s fingers and took Mio Kofune as hostage.

God, it’s no wonder why Tetsu Totsumura is all alone there because he fuckin’ scared out of his wits when the abomination appeared. Damn, what an incompetent policeman who can’t defend Mio! 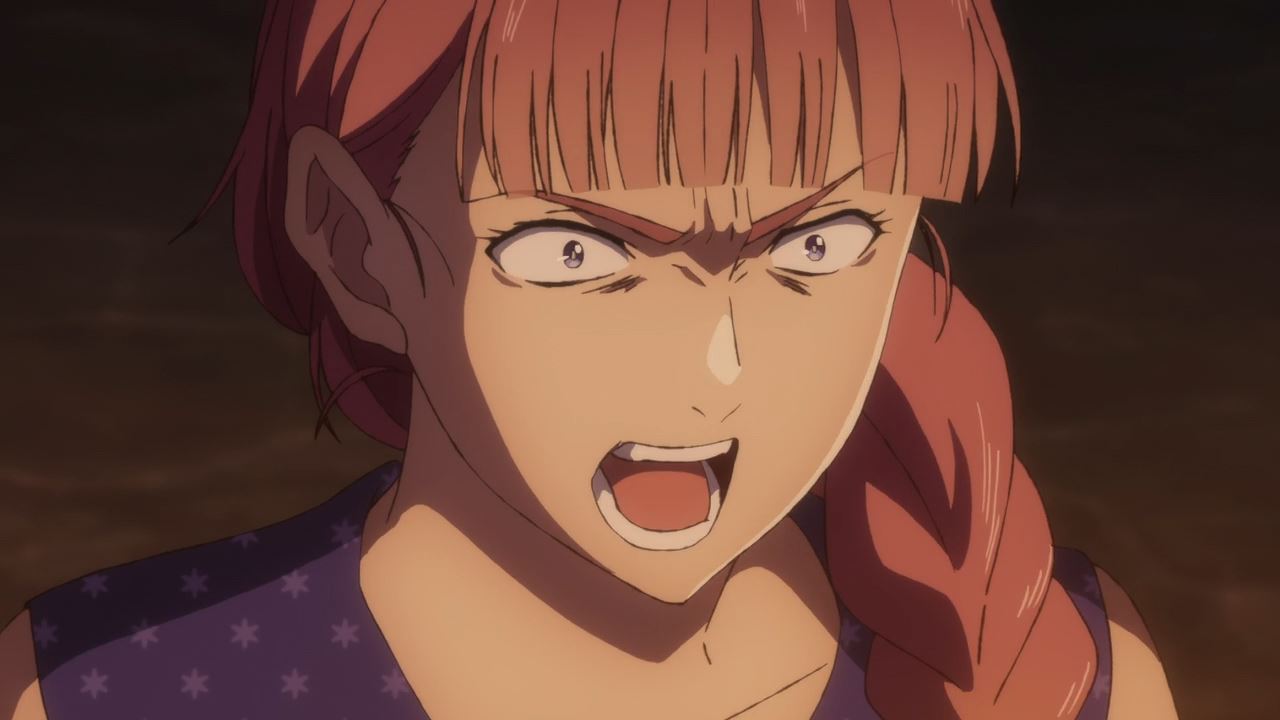 Meanwhile, it appears that Tokiko is really angry that Mio got captured by that shadow abomination.

I have a feeling that Tokiko begged this abomination to spare Mio, but not it looks like Haine’s trusted shadow broke her promise. 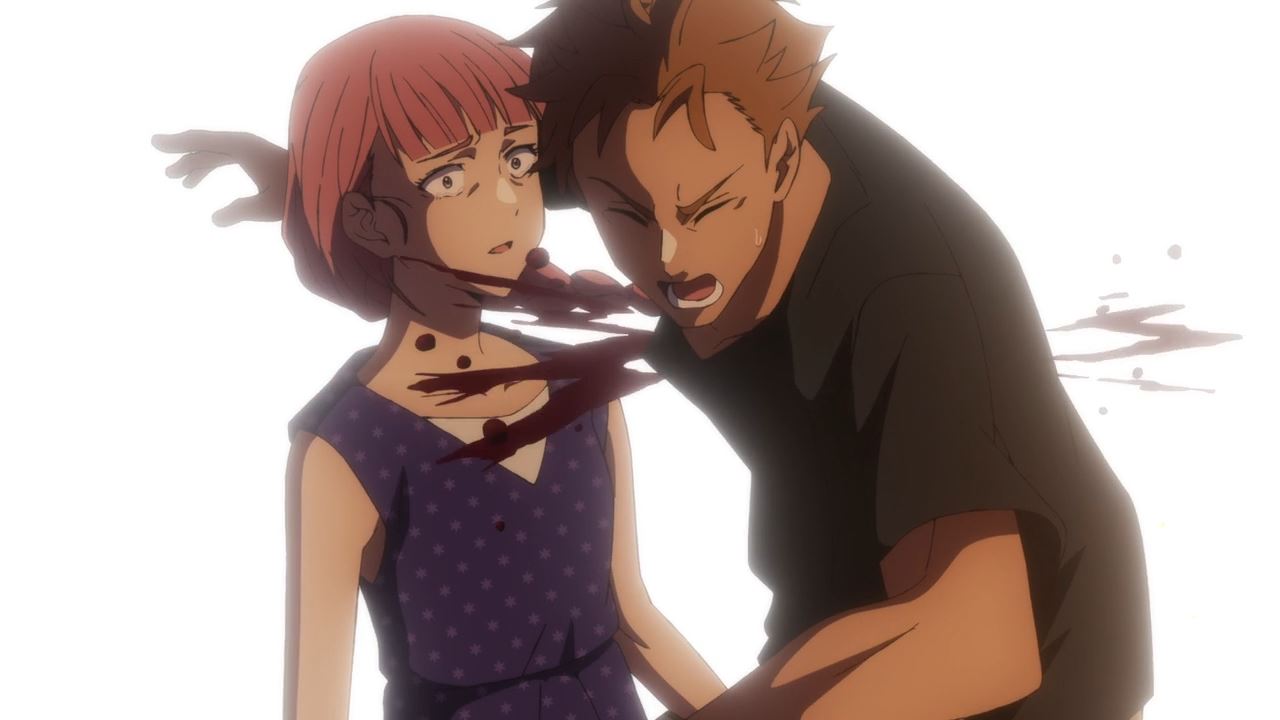 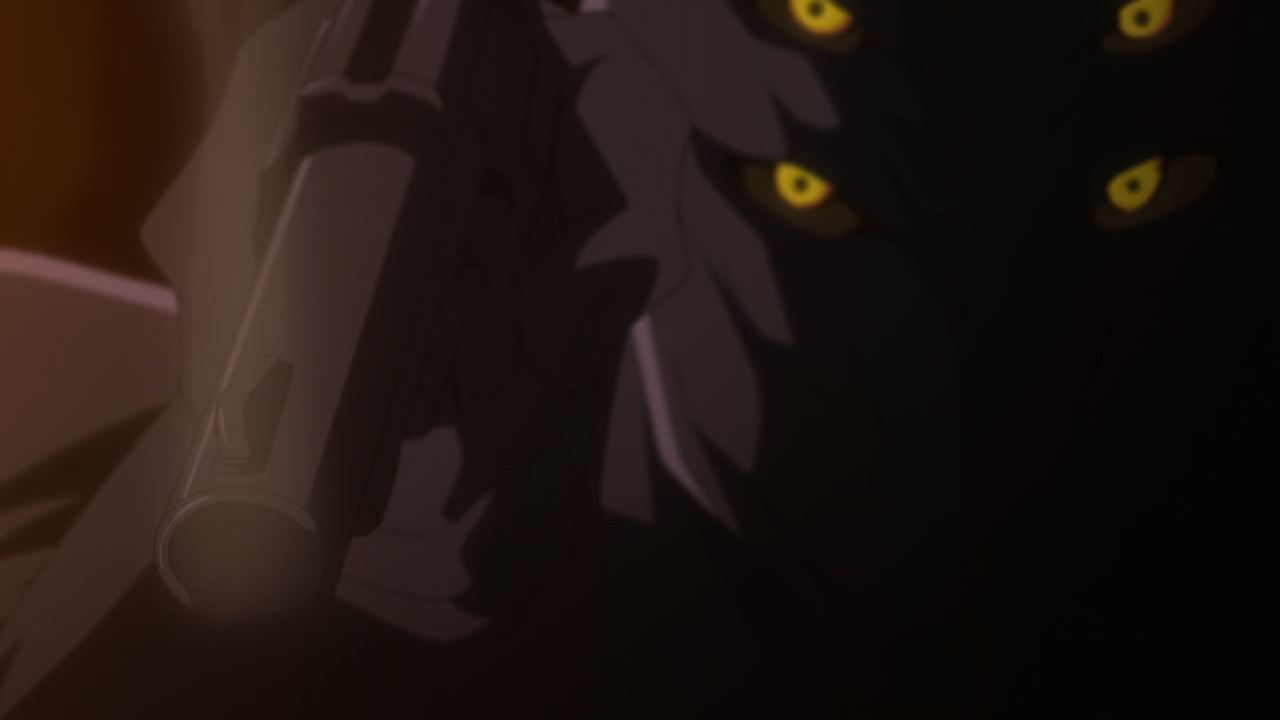 Speaking of that four-limbed monstrosity, it tries to shoot Tokiko but Sou took the bullet straight to his heart.

I have to say that bargaining this abomination doesn’t work as it’s fully-devoted to restore Haine back to health. 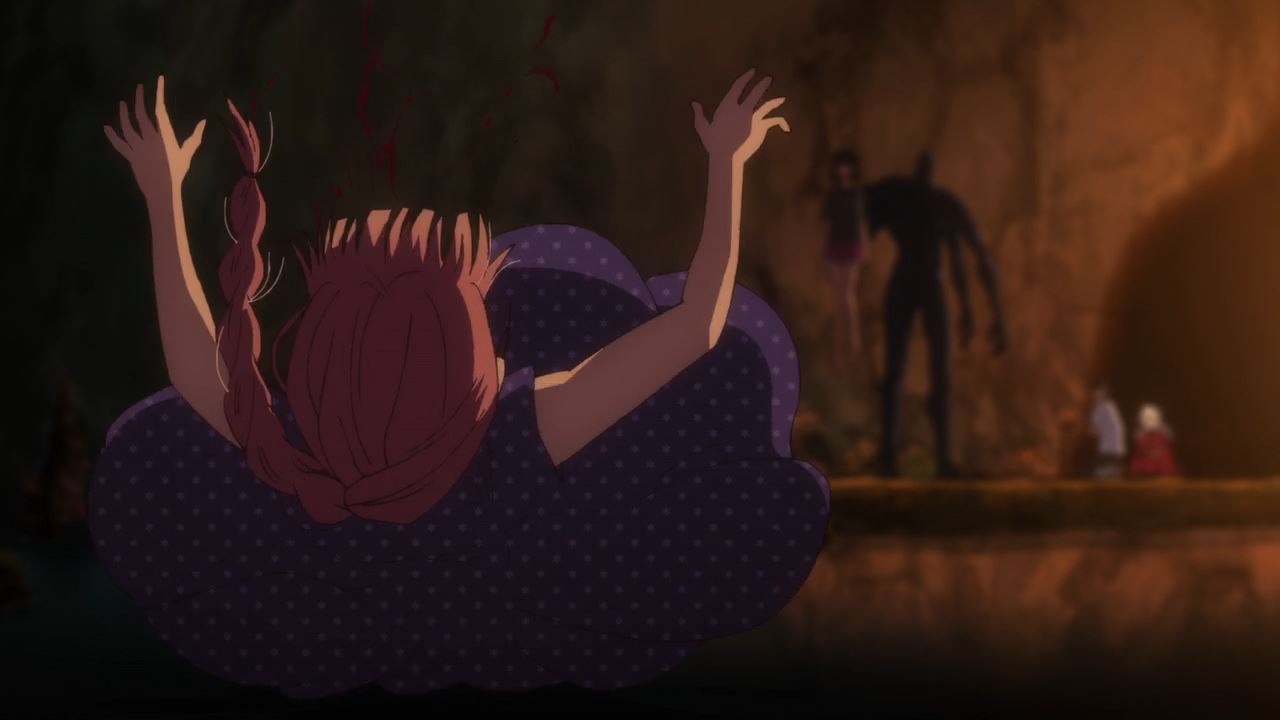 And so, Tokiko Hishigata got shot in the head as her role has ended. Of course, the abomination has some unfinished business. 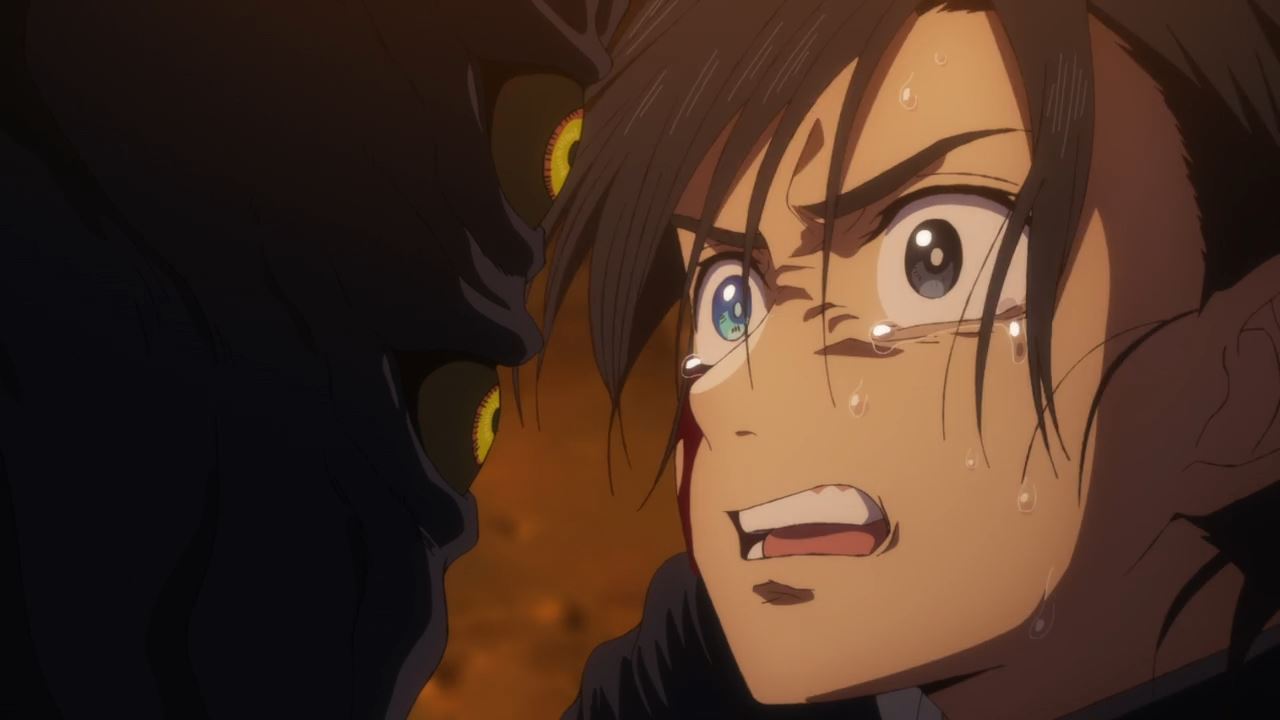 This regards to Shinpei Ajiro where his ability to rewind back time through death is a thorn to Haine’s side.

Then again, the shadow abomination realized that Shinpei couldn’t grasp its true power as it decides to tie him up until the ceremony is complete. 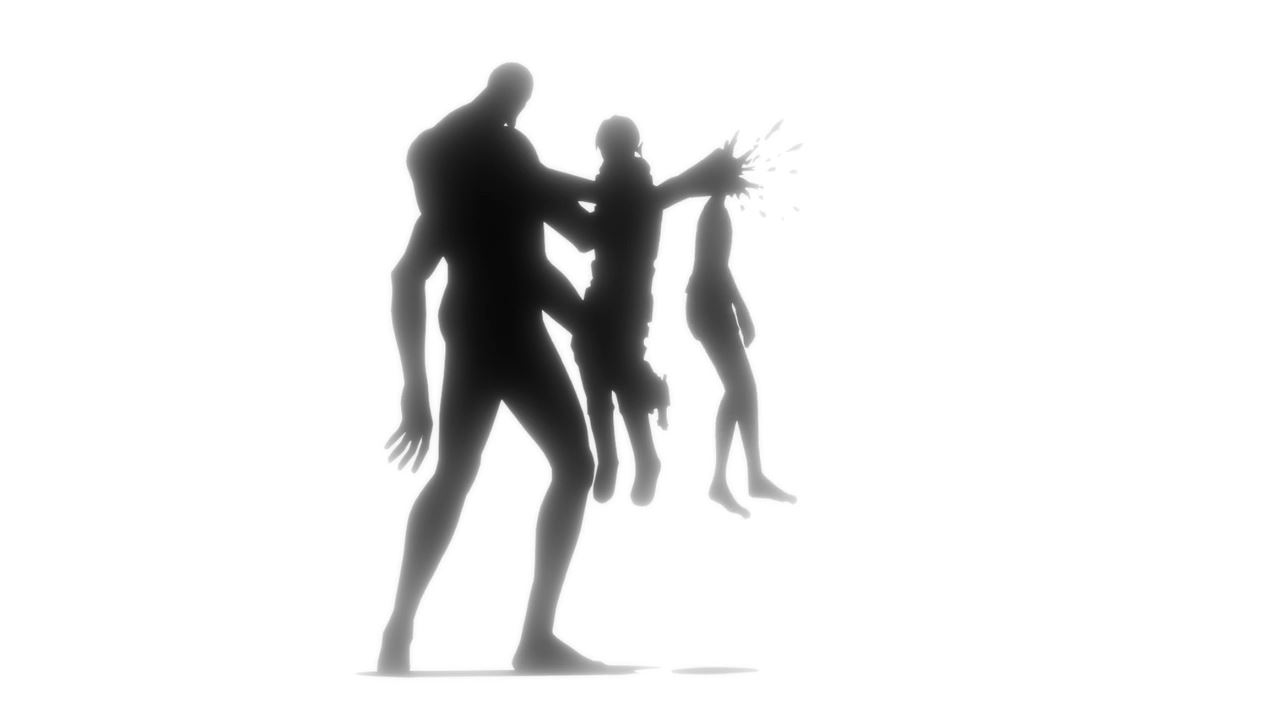 Oh and to add more salt to his wound, it crushed Mio’s skull like an egg. Dammit, Shinpei failed to save Mio again!

And it gets even worse as Haine tries to rewrite Ushio to become an obedient shadow. At this point, hope is pretty much lost! 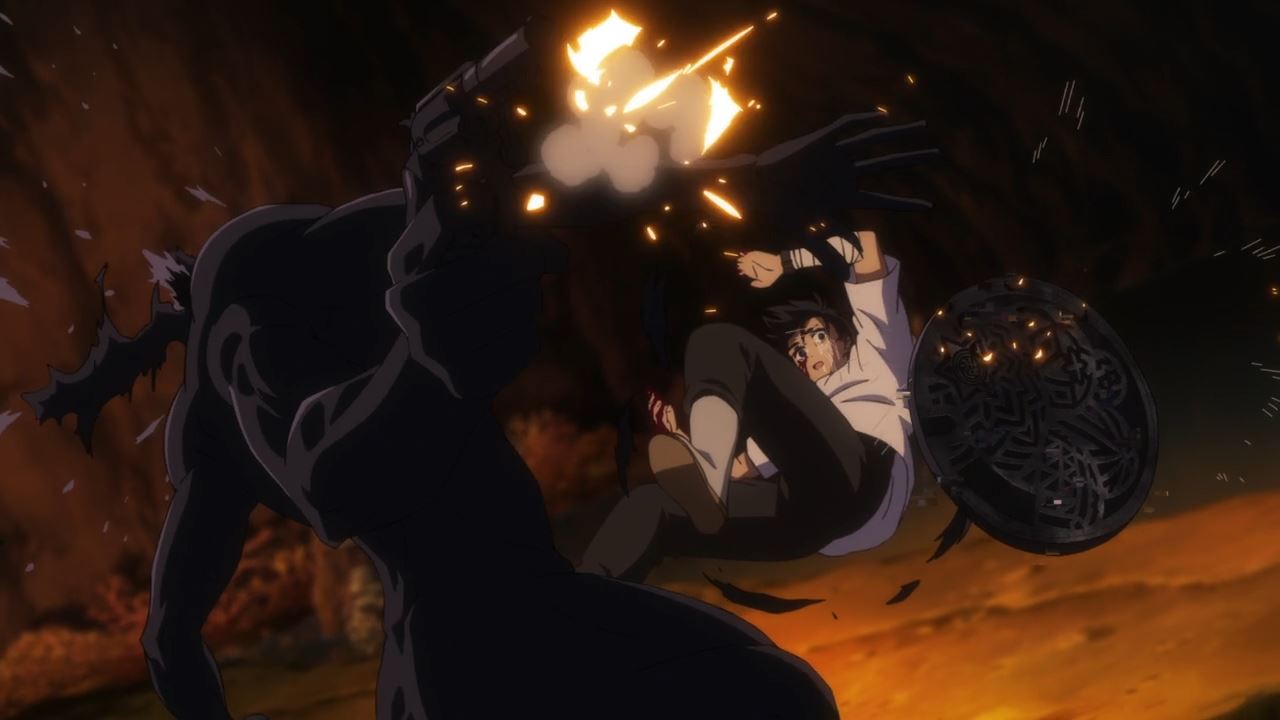 That’s until someone shoots the monstrosity with a shotgun slug in which it retaliates. Could it be that Ryuunosuke Nagumo/Hizuru Minakata has arrived? 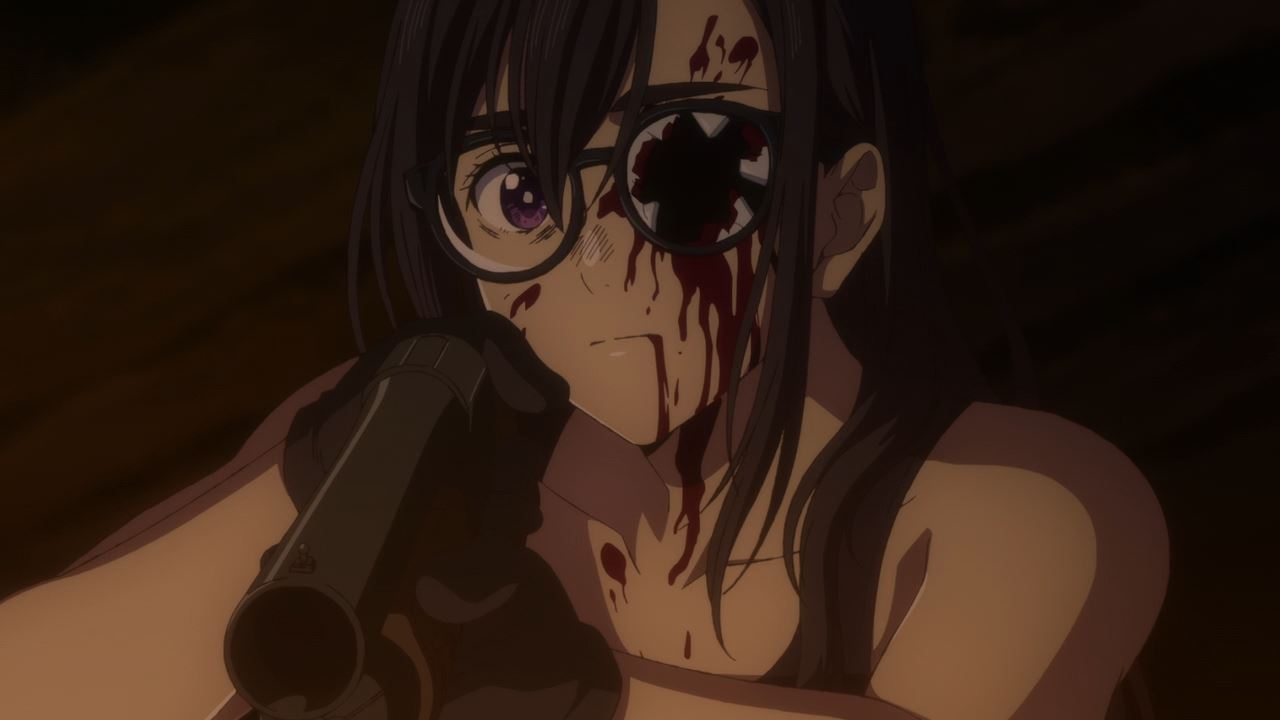 Why yes, she’s arrived in the nick of time. Sadly, Ryuunosuke/Hizuru got shot in the left eye by Haine’s shadow monstrosity.

By the way, she used all of her shotgun slugs so there’s no other way for Shinpei to perform a reset now that Hizuru is dead. 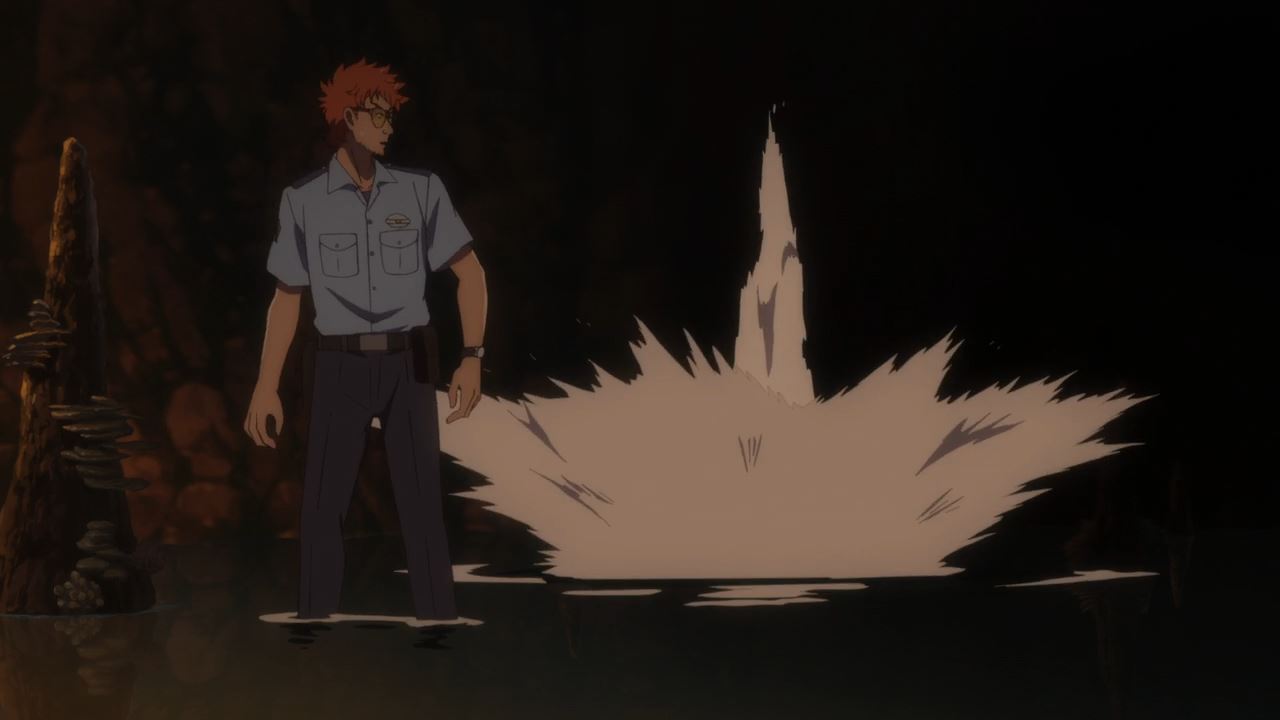 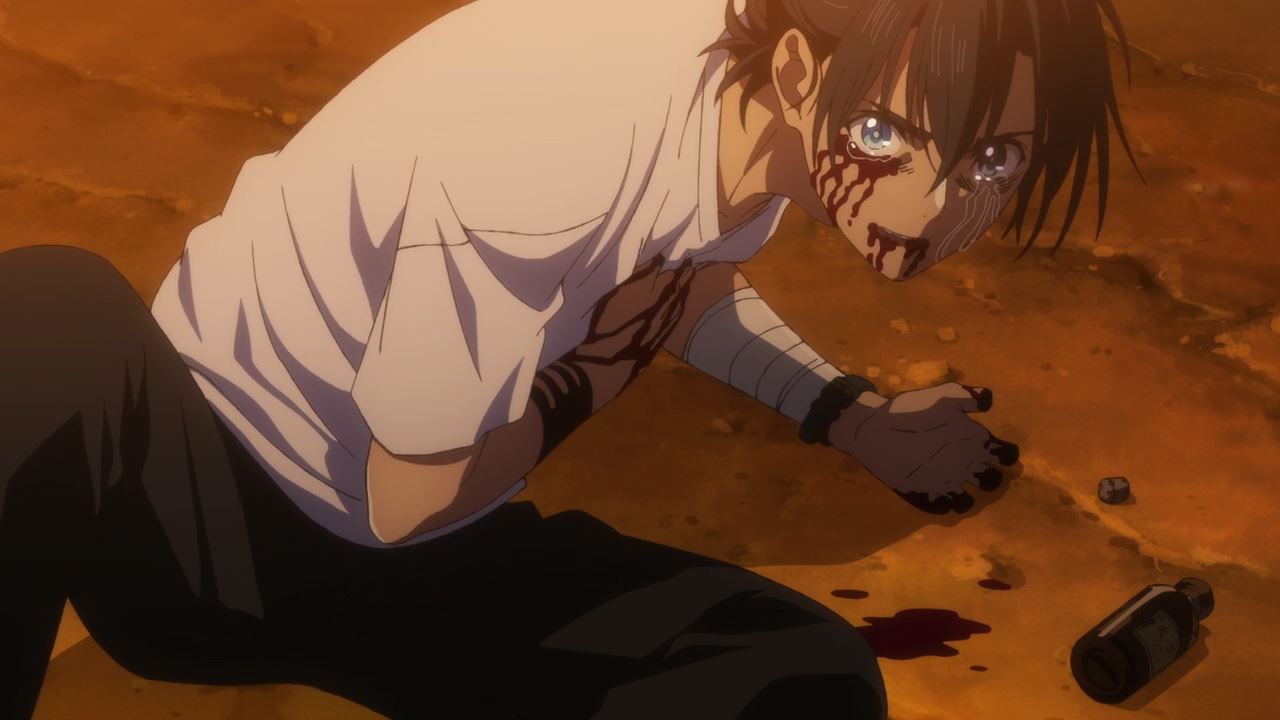 But let’s return to Shinpei Ajiro where even though Hizuru Minakata failed to kill him, he has a backup plan where Shinpei drank a bottle of mercuric chloride.

Yes, he’s dying in the most excruciating and slow manner, but it’s better this way than being stuck in the current loop. 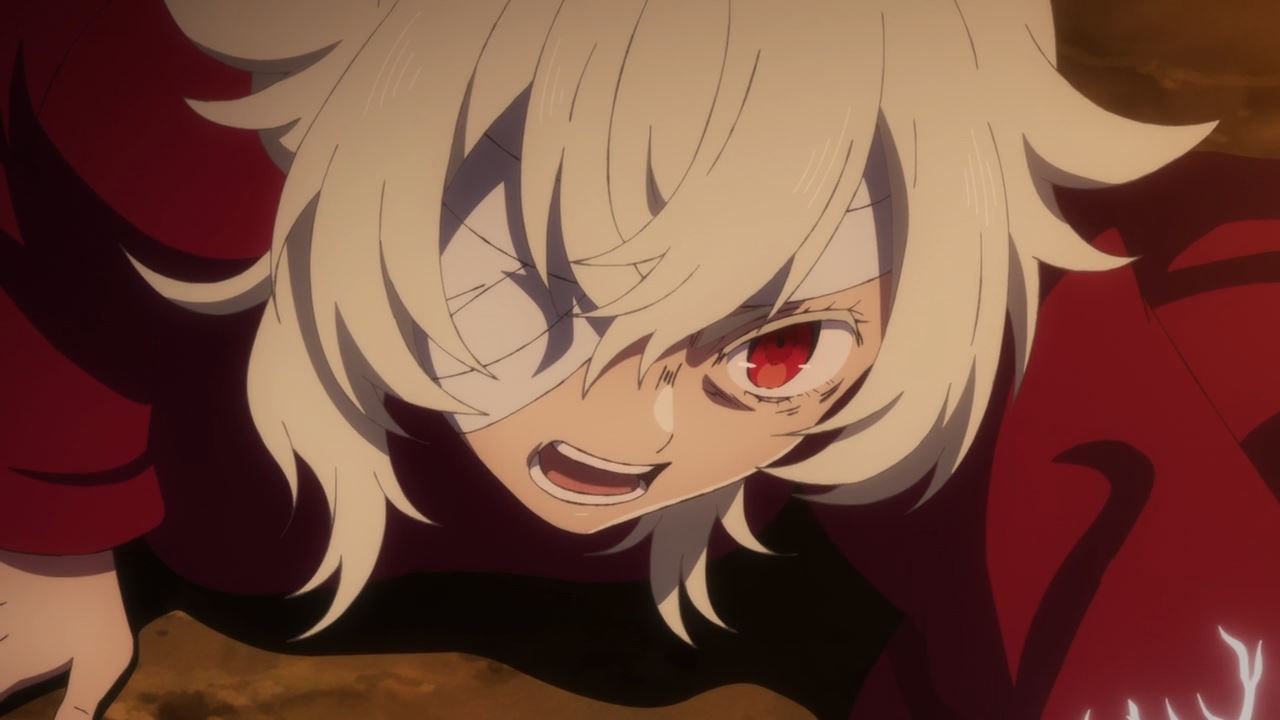 Meanwhile, it looks like Ushio Kofune is overcoming Haine’s reprogramming as the shadow tries to defy her creator.

Wow, the tables are starting to turn in Shinpei’s favor, but I don’t think he and Ushio can win against Haine when the four-armed shadow monstrosity is present. 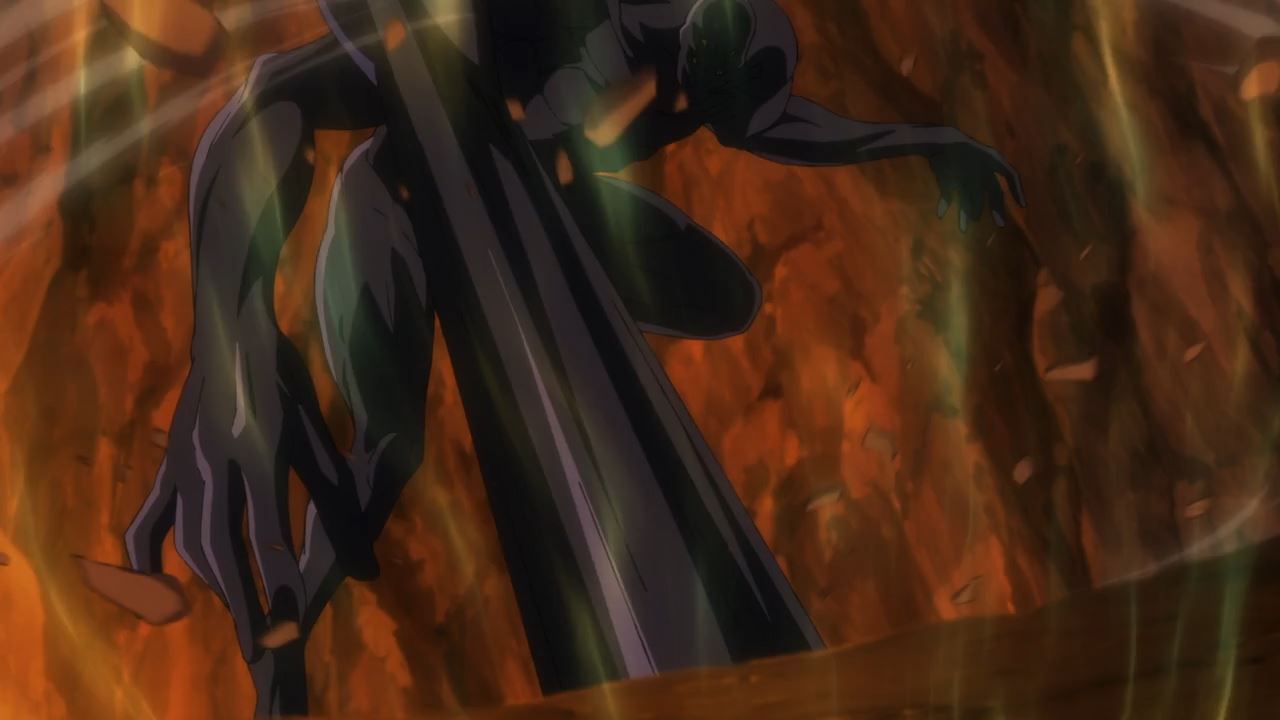 So, Ushio decides to take Shinpei and make their escape to the past. Okay, I feel that they need to do something about that abomination as it’s a pain in the ass to deal with. 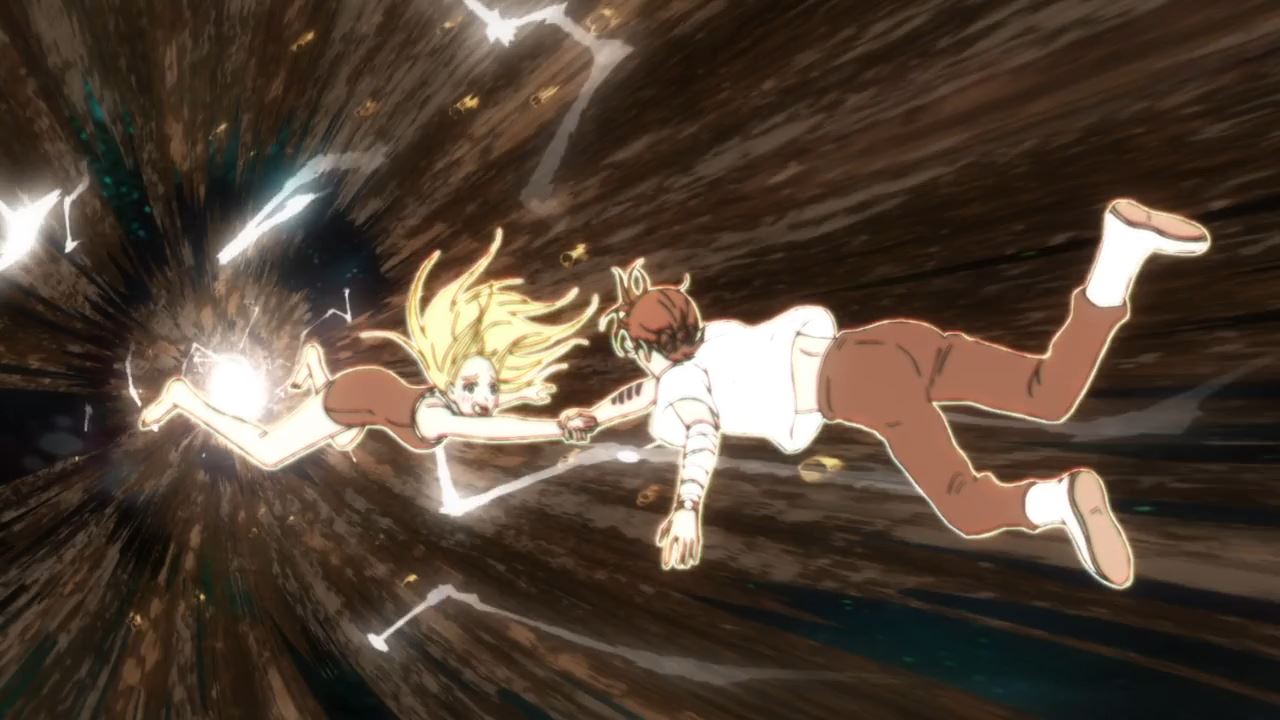 Still, Shinpei Ajiro and Ushio Kofune have finally know the truth regarding the Hishigata family and its relation with Haine. Sadly, I think Shinpei will have to find Ushio again as he’ll returns to July 22 for his 5th time loop.

Anyways, I’m finished watching the first half of Summer Time Rendering and man, it was an intense episode where Ushio shows her defiant strength against Haine and the shadows. 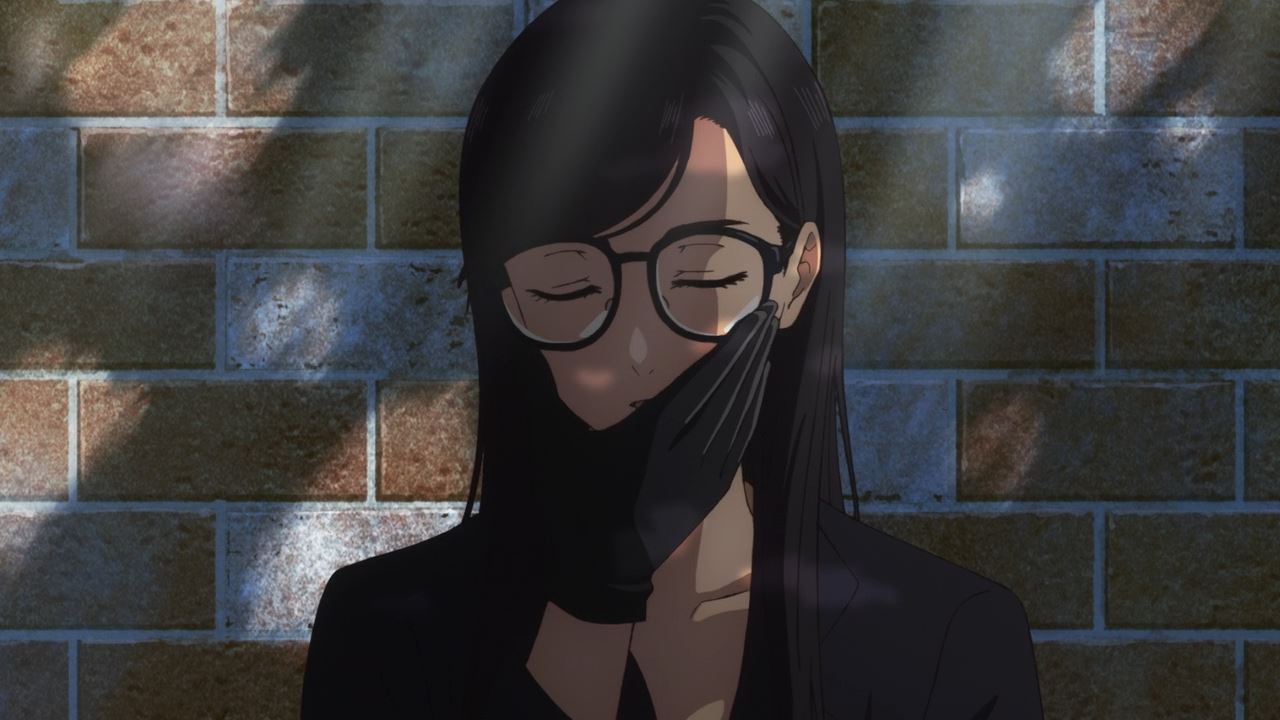 And now, I end this episode where Shinpei Ajiro meets Hizuru Minakata. Then again, something feels different… 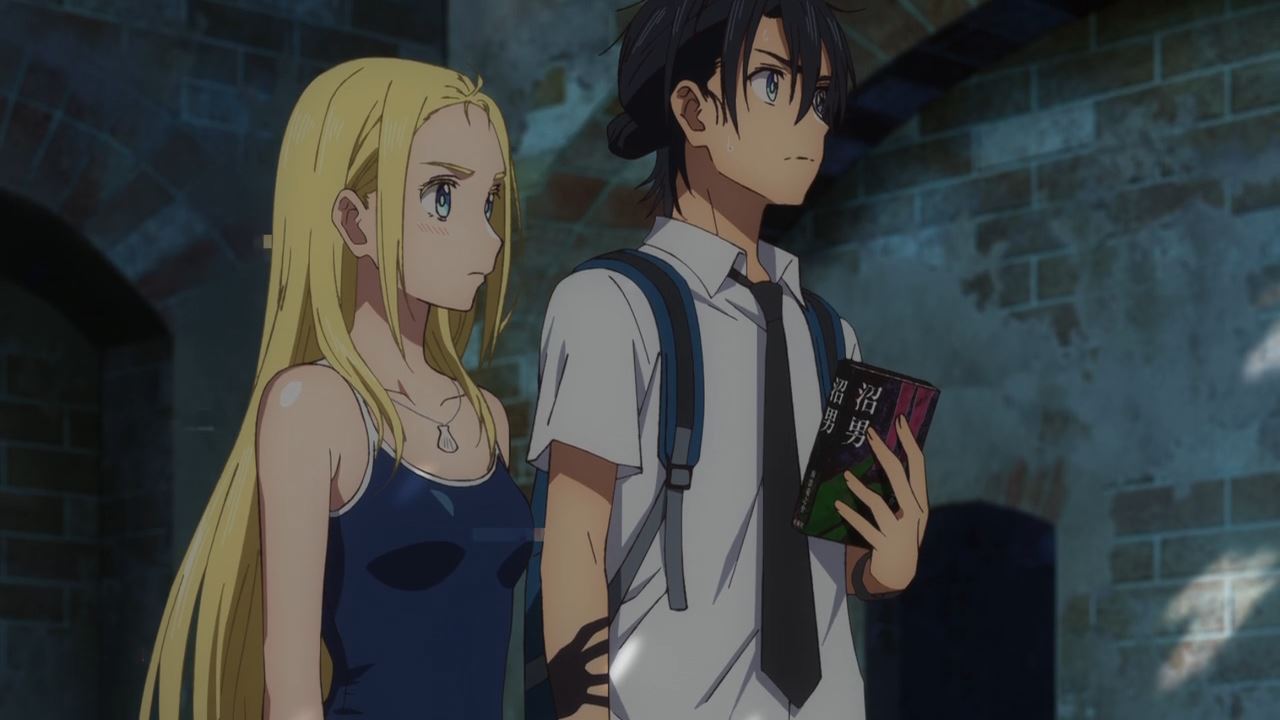 Oh shit, he brought Ushio Kofune from the future! Things are getting interesting for the 2nd half of this show as I’ll see you next time.