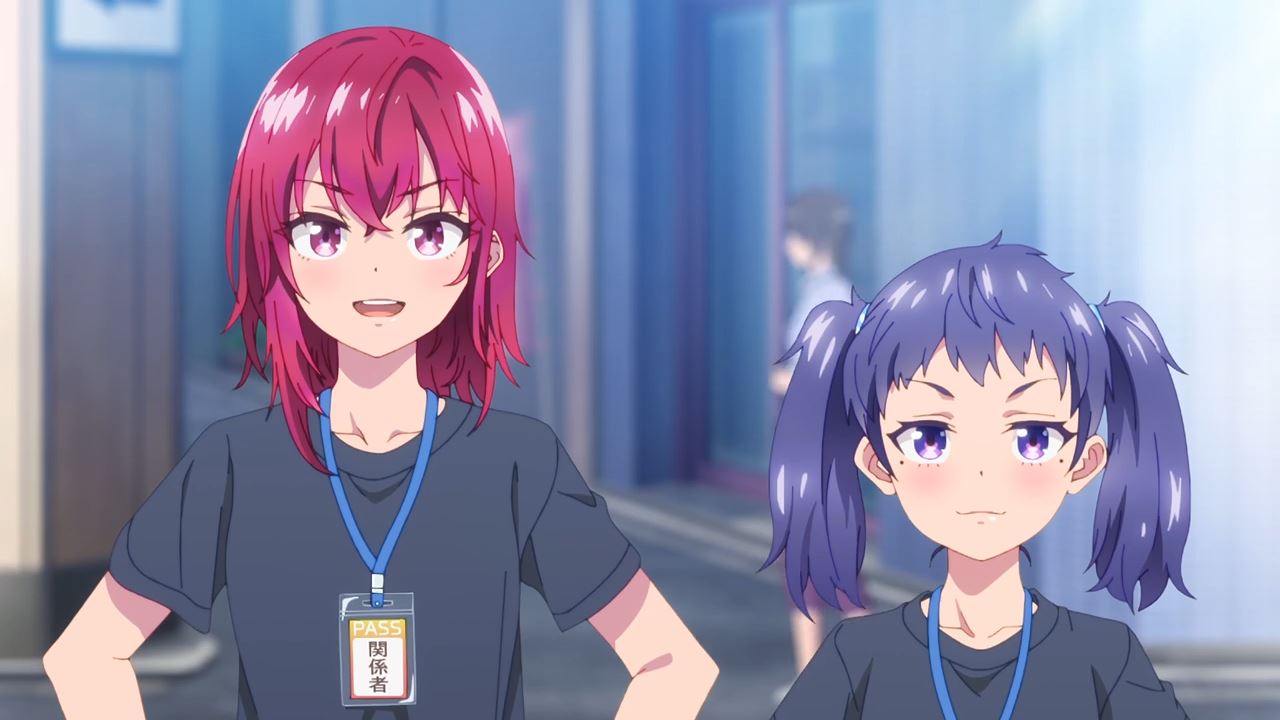 Let’s begin with the introduction of both Yukine Gionji and Momiji Itou where they formed an idol duo called Yukimoji. 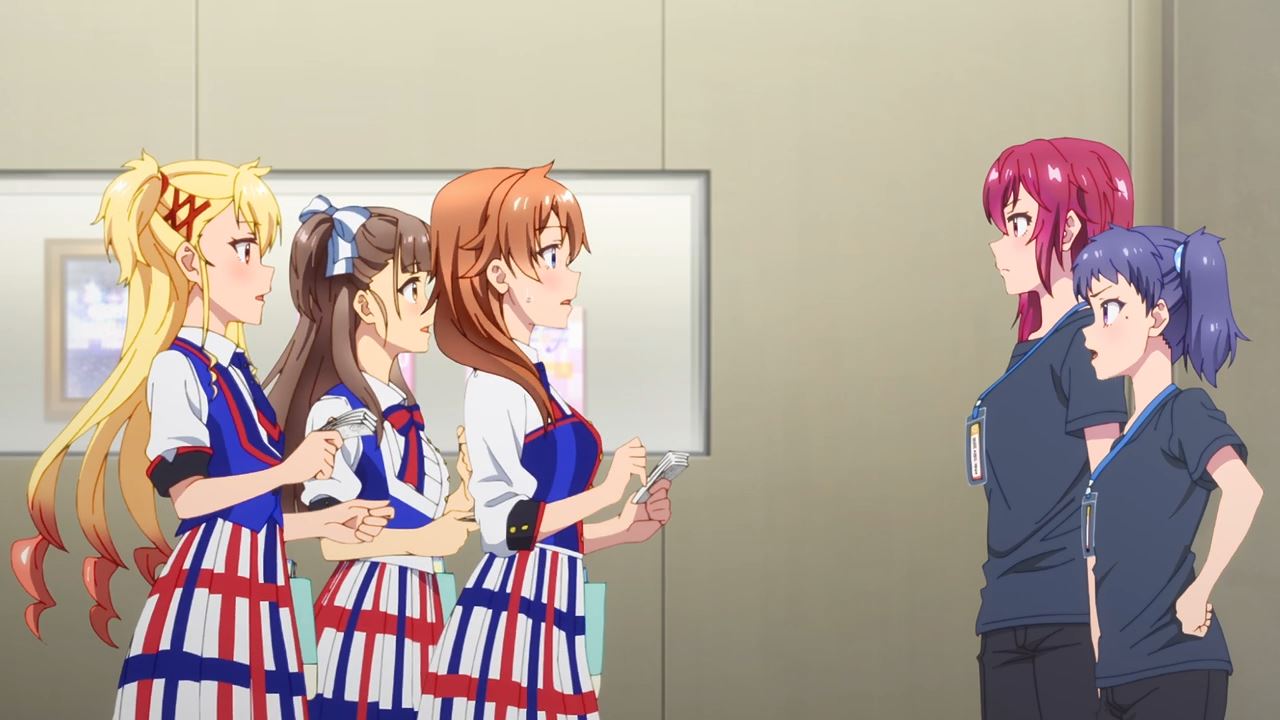 Unlike TINGS who struggled to gain fans, Yukimoji is about to have more fans than them since Yukine and Momiji are more talented than the likes of Haru Nabatame. 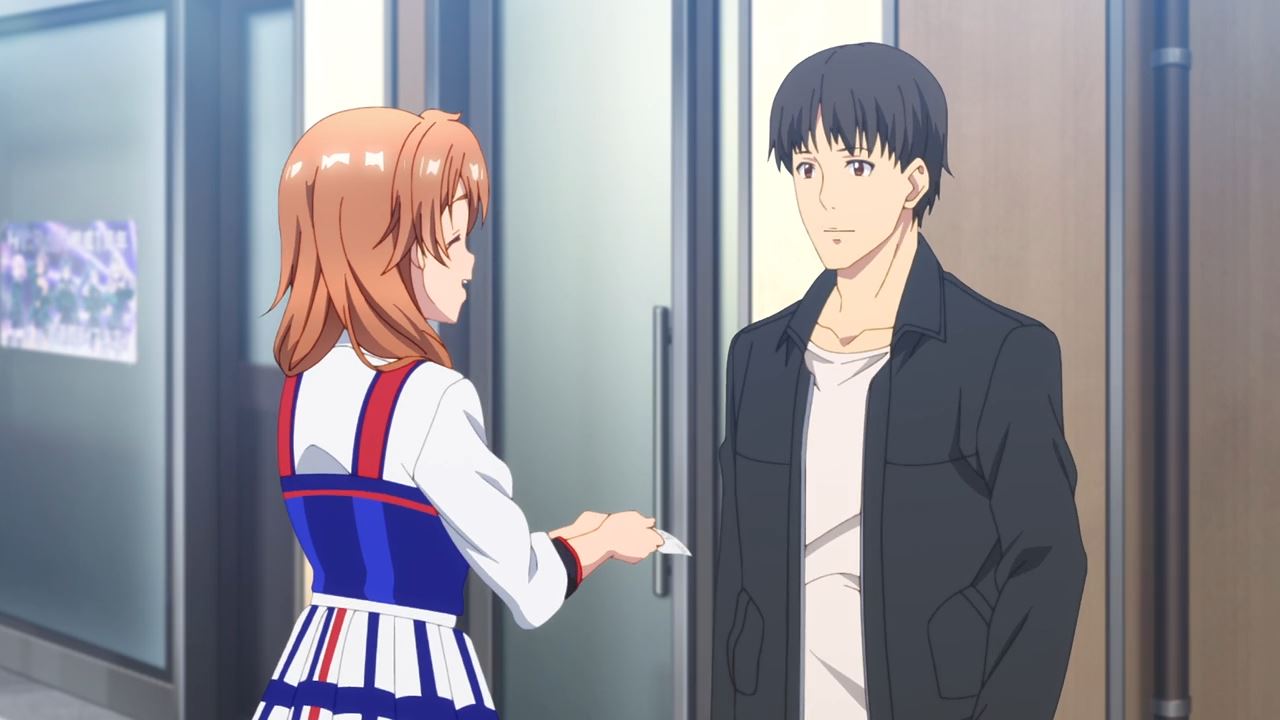 Speaking of Haru Nabatame, she along with Rio Seibu and Kyouka Tamaki are struggling to attract attendees despite their efforts.

Of course, the only thing that made them both miserable and jealous is the most popular idol group in Japan. 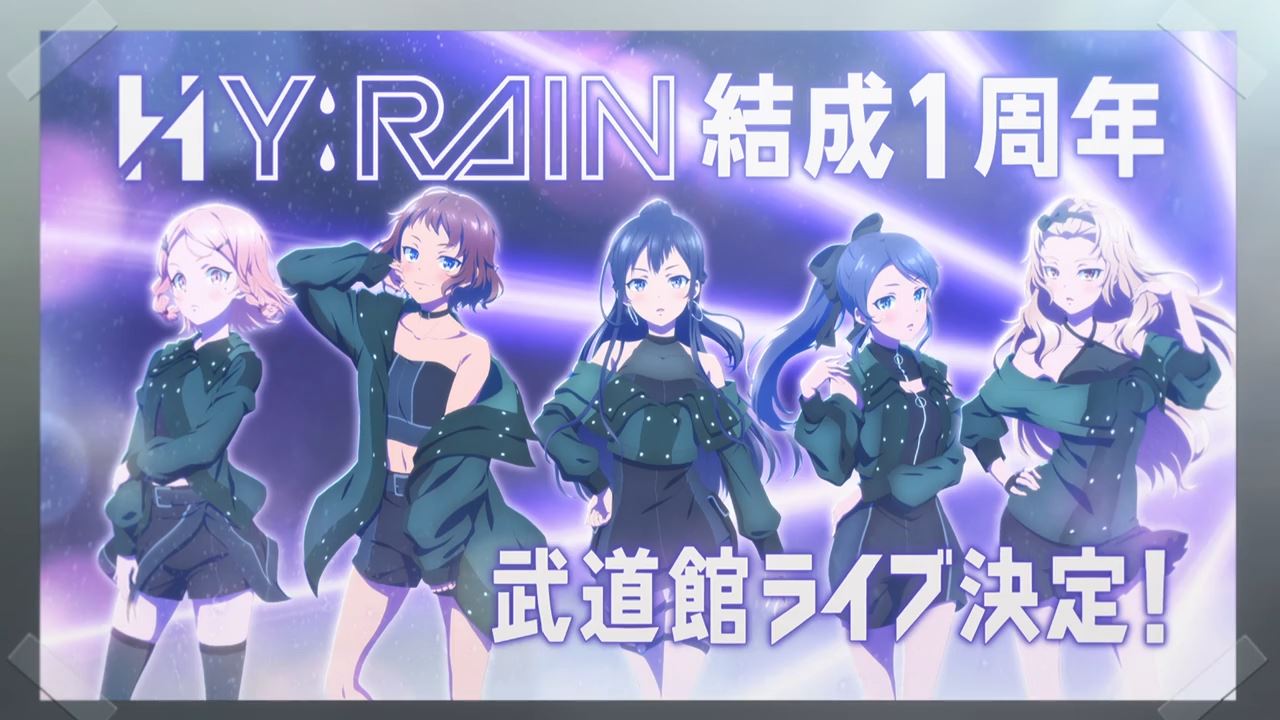 This is HY-RAIN where they’ve reached their one year in the business. For Haru, she and the rest of TINGS are aiming high to become one of the best idol groups in Japan now that they have an amazing manager! 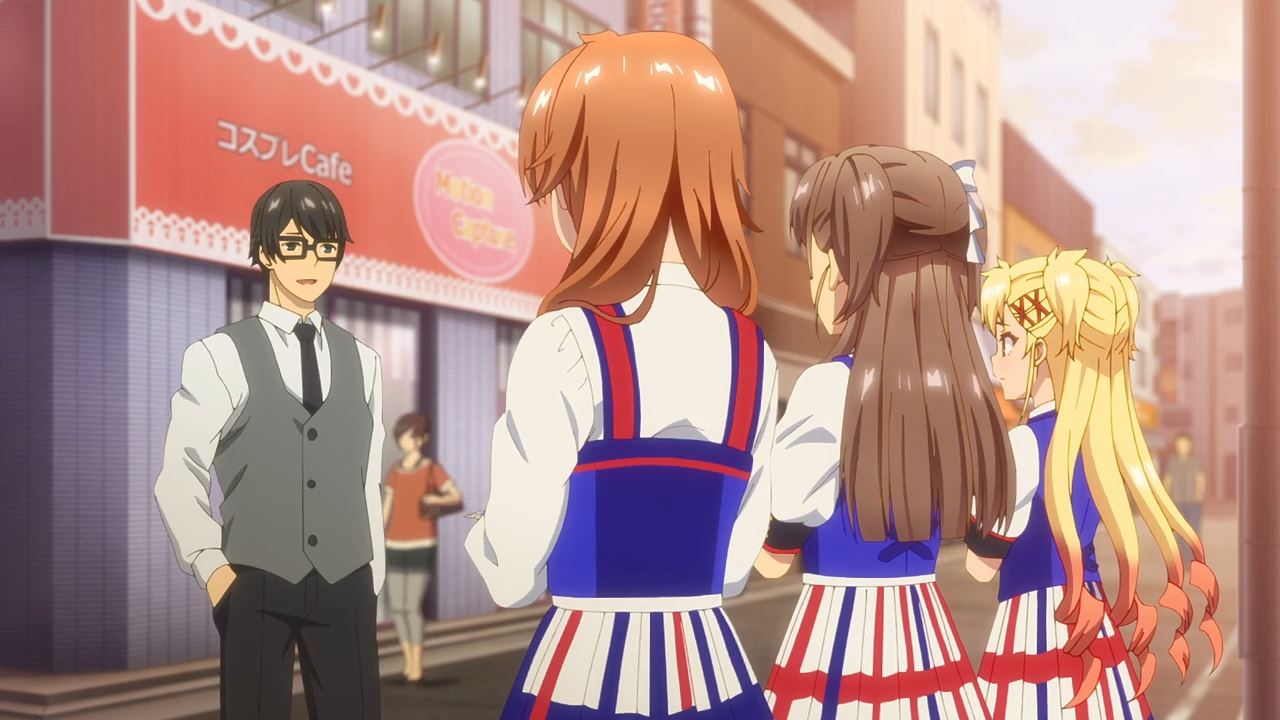 By the way, here’s their temporary manager Naoki Hinase where he asked the girls if they went well with giving tickets to potential fans. 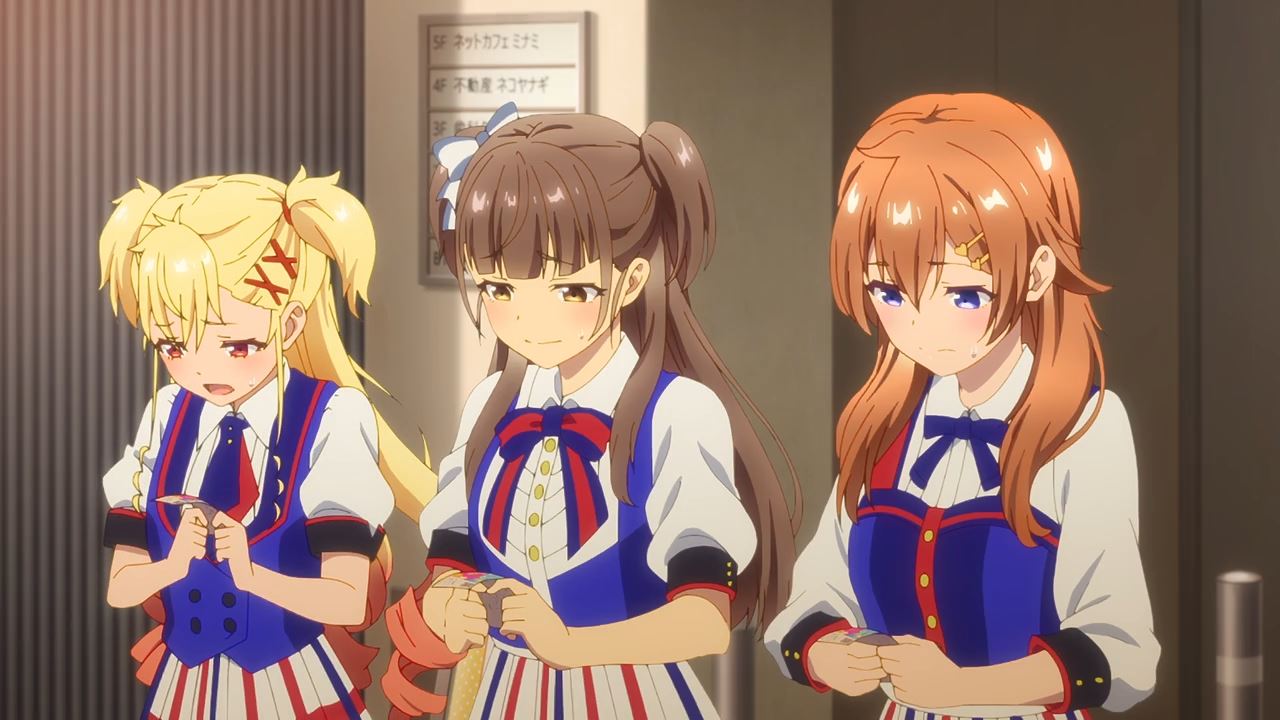 On second thought, he shouldn’t ask them as only a few bystanders got the ticket. Then again, I bet that they’ll throw it away since they’re not interested in indie idols like TINGS.

Anyways, what will Naoki Hinase do to attract potential fans for TINGS? 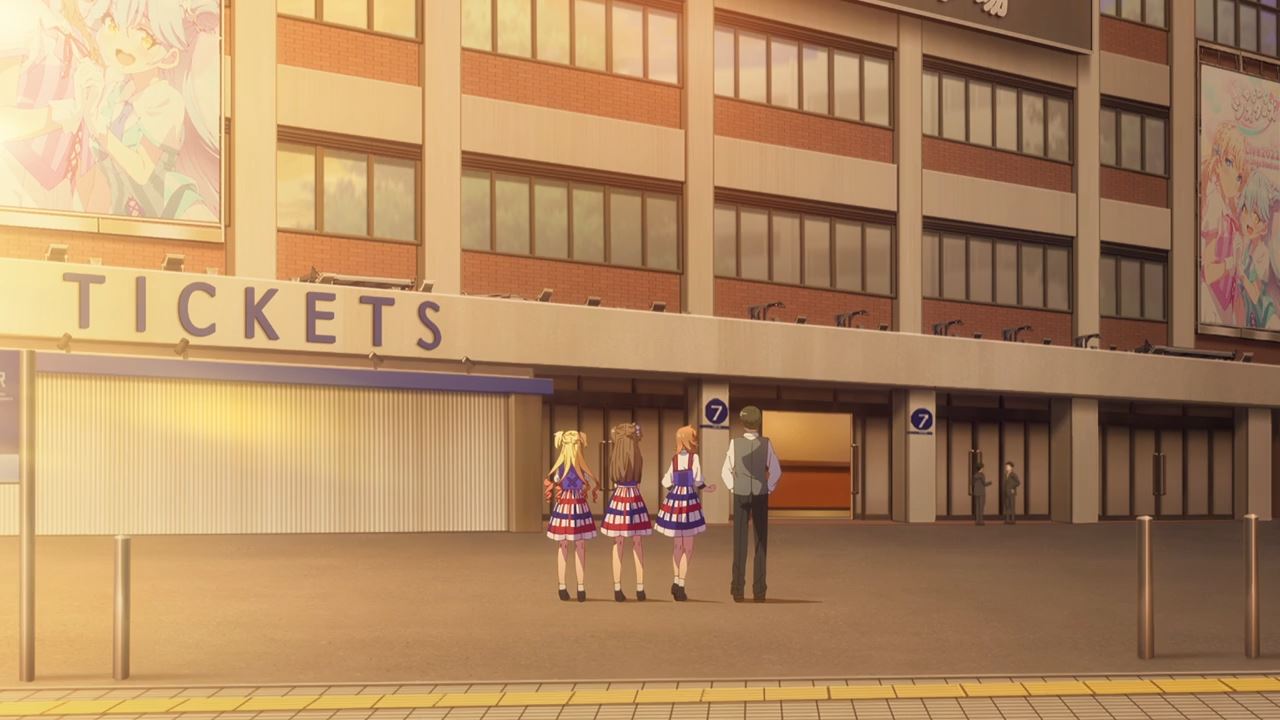 Well, let the girls give tickets outside Meiji Jingu Stadium which the YuraYura Sisters performed there. Okay, this is suicidal as there’s no way those YuraSis fans will flock to a TINGS concert.

Hell, I bet that the manager of YuraYura Sisters won’t let a small-time idol group advertise on their turf. 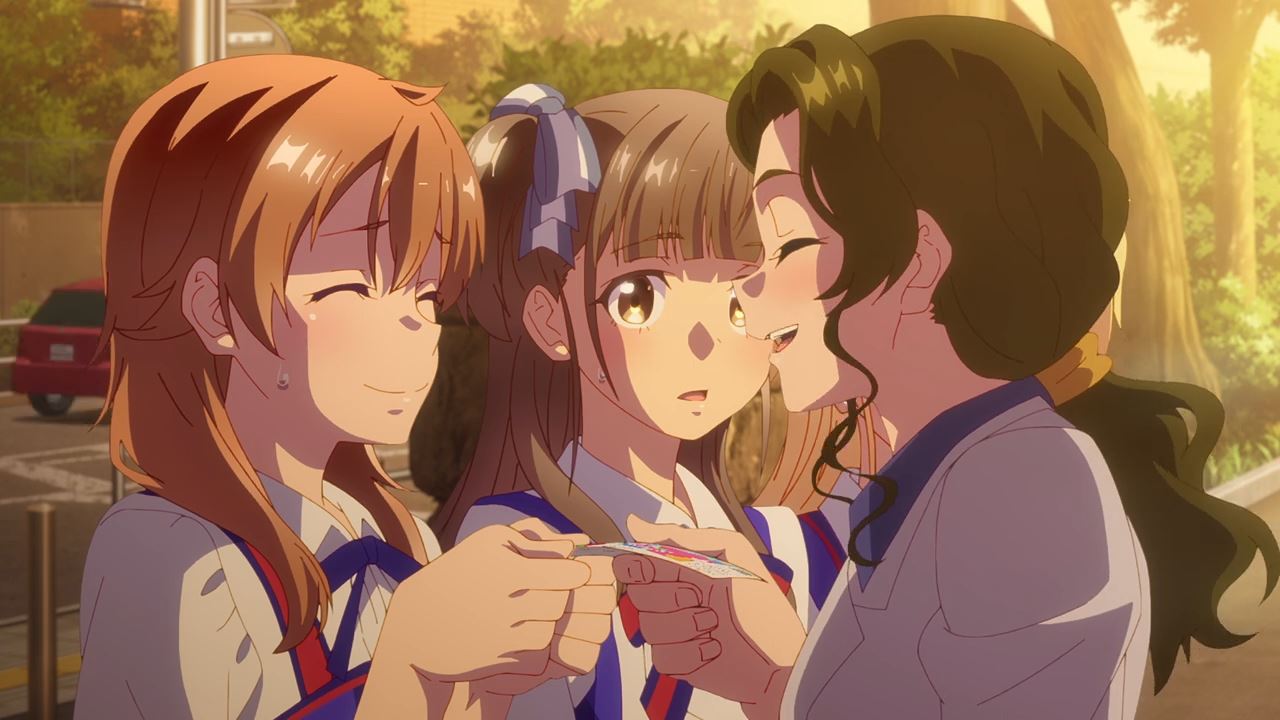 Except that the manager named Eiko Kikuchi allowed TINGS to give tickets to YuraSis fans who about to leave the stadium once the concert ends. Still, I have a feeling that Naoki’s plan will fail spectacularly. 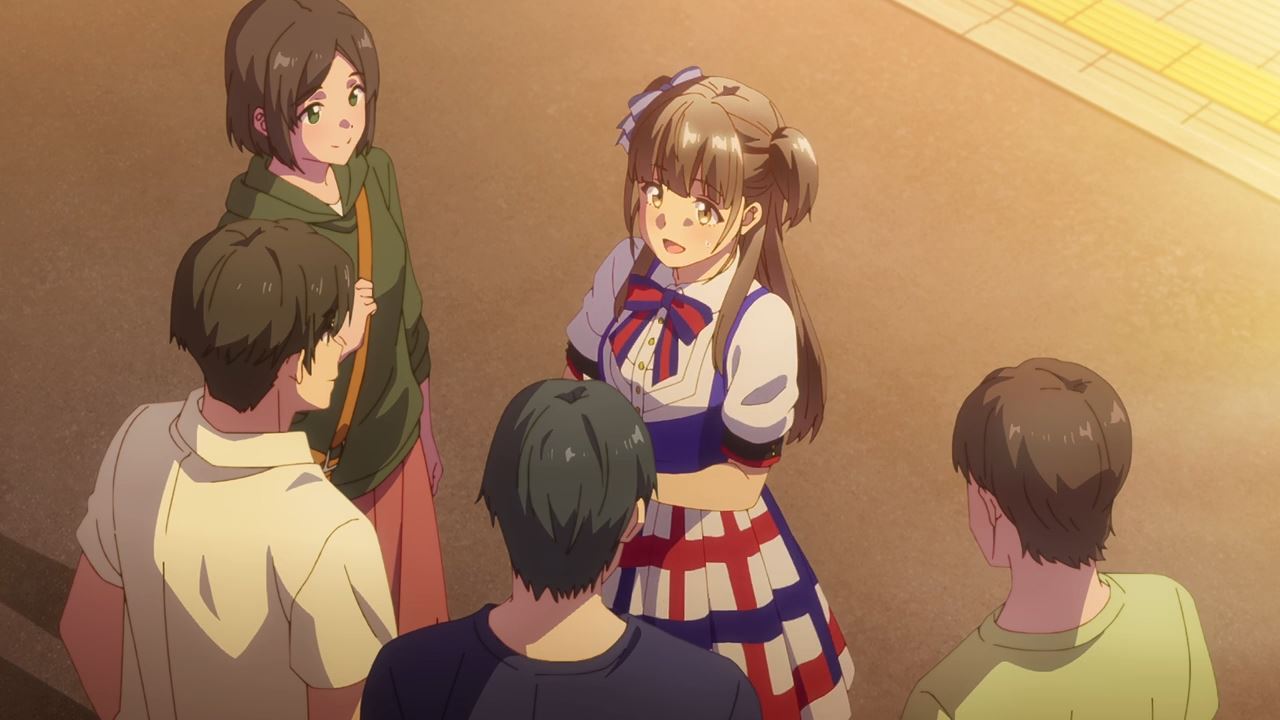 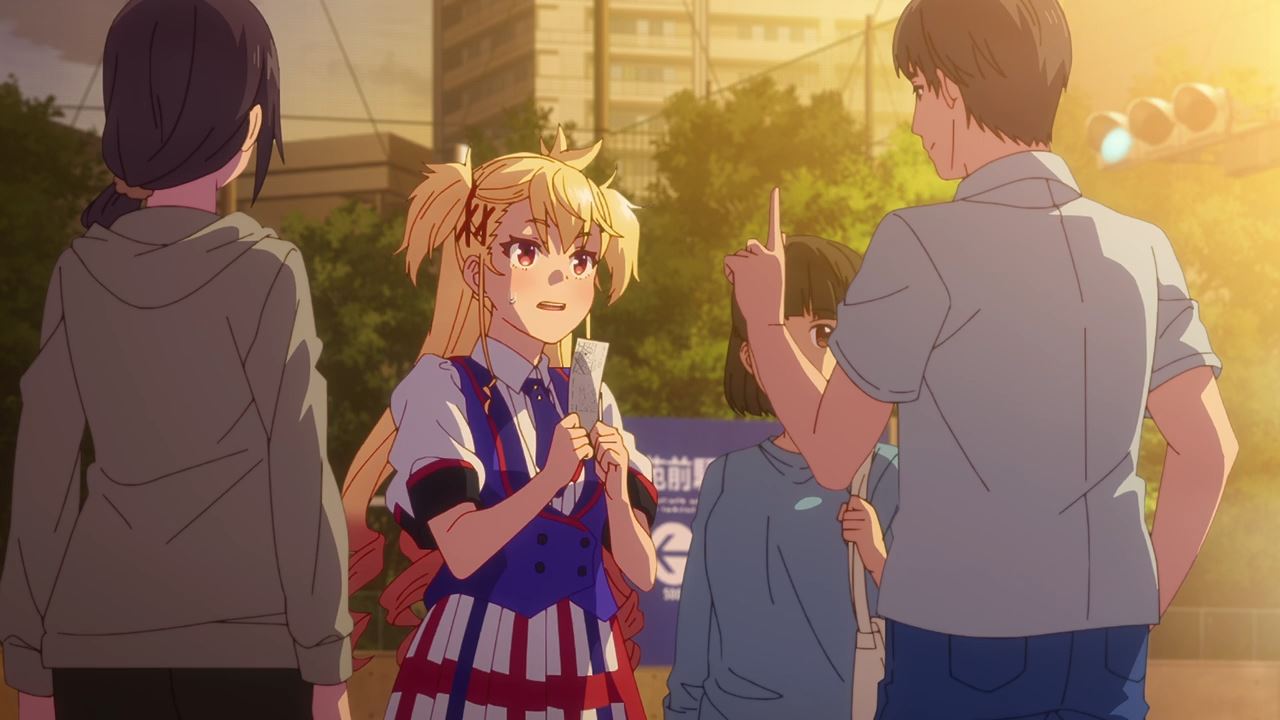 However, it looks like Naoki Hinase’s plan worked as YuraSis fans went to get tickets from the likes of Rio Seibu and Kyouka Tamaki as they’re interested in pure idols who are still growing. Well then, I guess TINGS got a full house on their next concert! 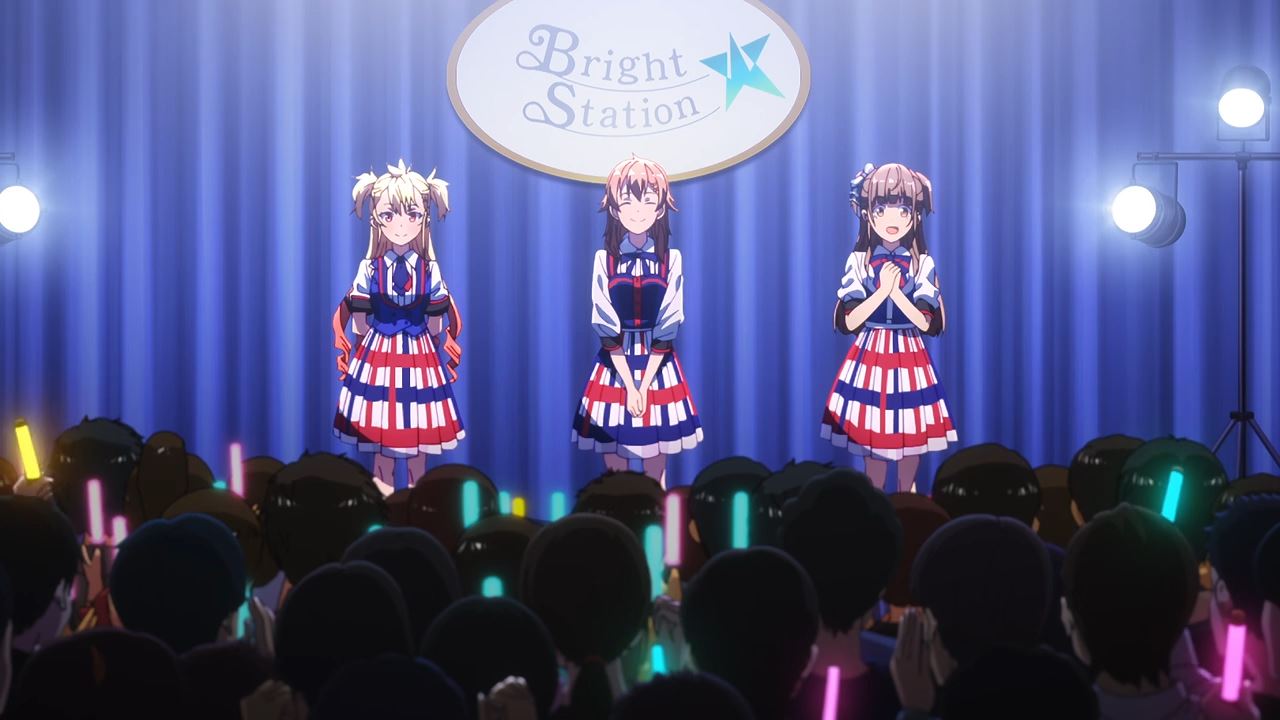 Now, it’s up to these three girls to entertain the new fans as they can’t let them down after giving them tickets.

While Rio and Kyouka has the potential to become better idols, I’m worried about Haru Nabatame as she doesn’t have any brilliance according to Naoki Hinase. 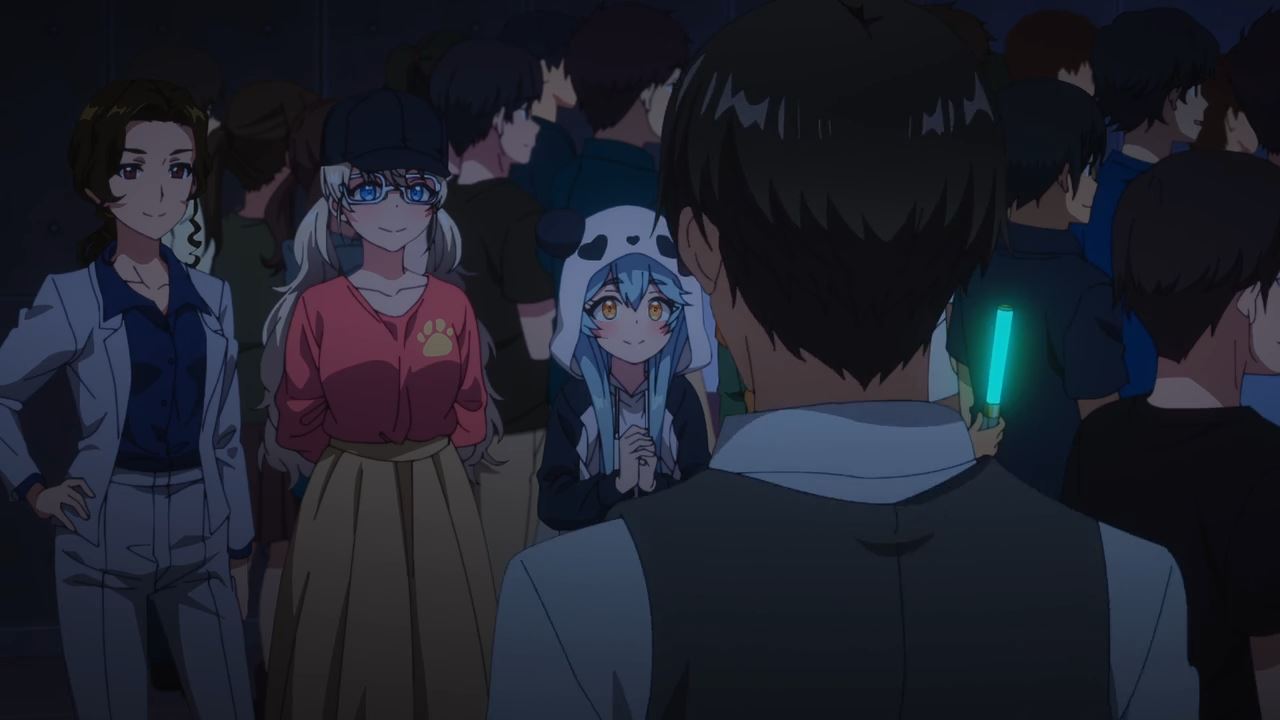 Meanwhile, here’s Eiko Kikuchi where she brought both Natalya and Miina Hirose from YuraYura Sister as they want to see if TINGS can entertain a large crowd after giving them tickets. Otherwise, they’ll see these three girls as a waste of time. 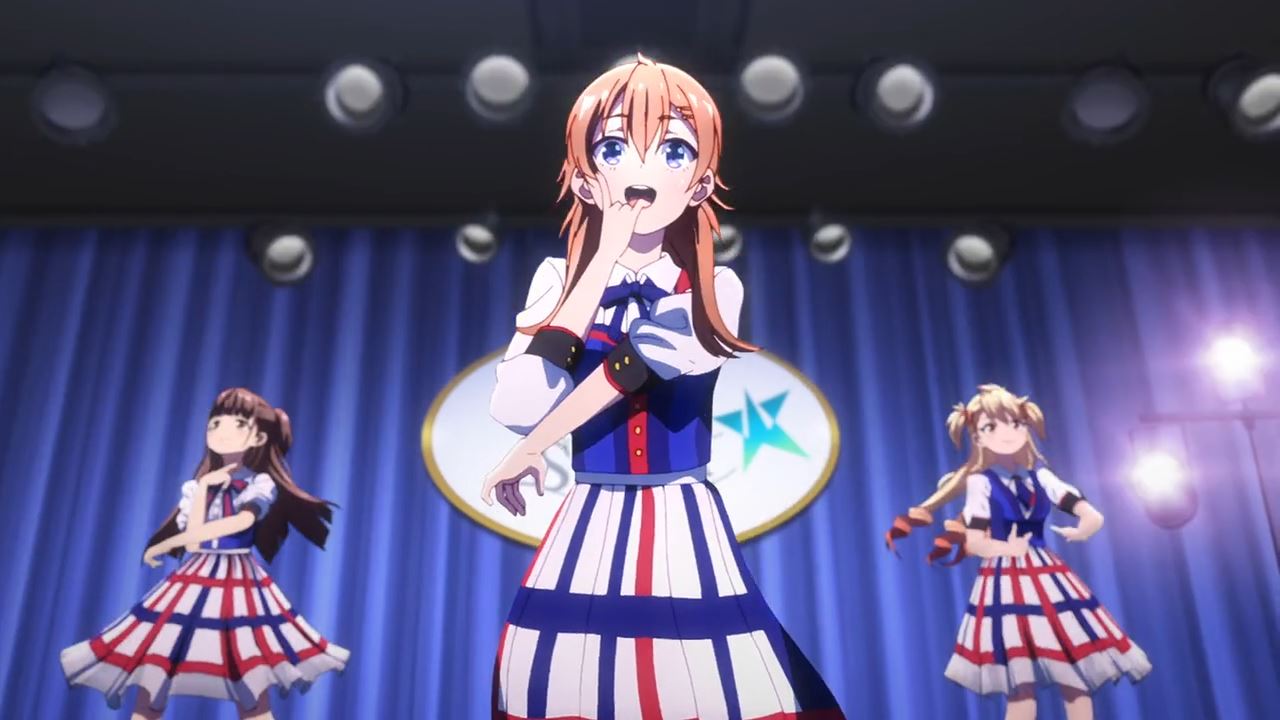 And now, it’s time for TINGS to perform their first song titled “Tokyo Watashi Collection”. While their coordination is somewhat off, the idol group went smoothly thanks to Haru Nabatame’s leadership. 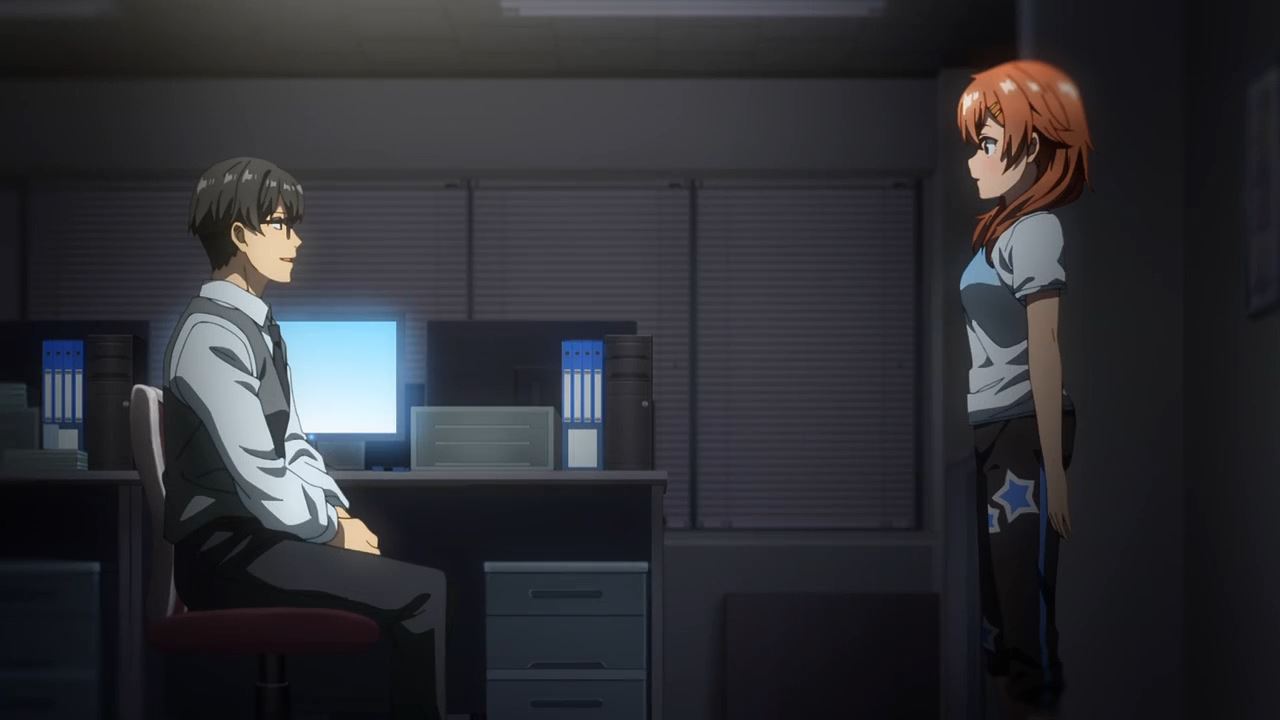 In fact, Naoki-san told Haru to observe and adjust to the current situation as people are watching them. Gotta say that Nabatame is the unsung heroine that holds TINGS together. 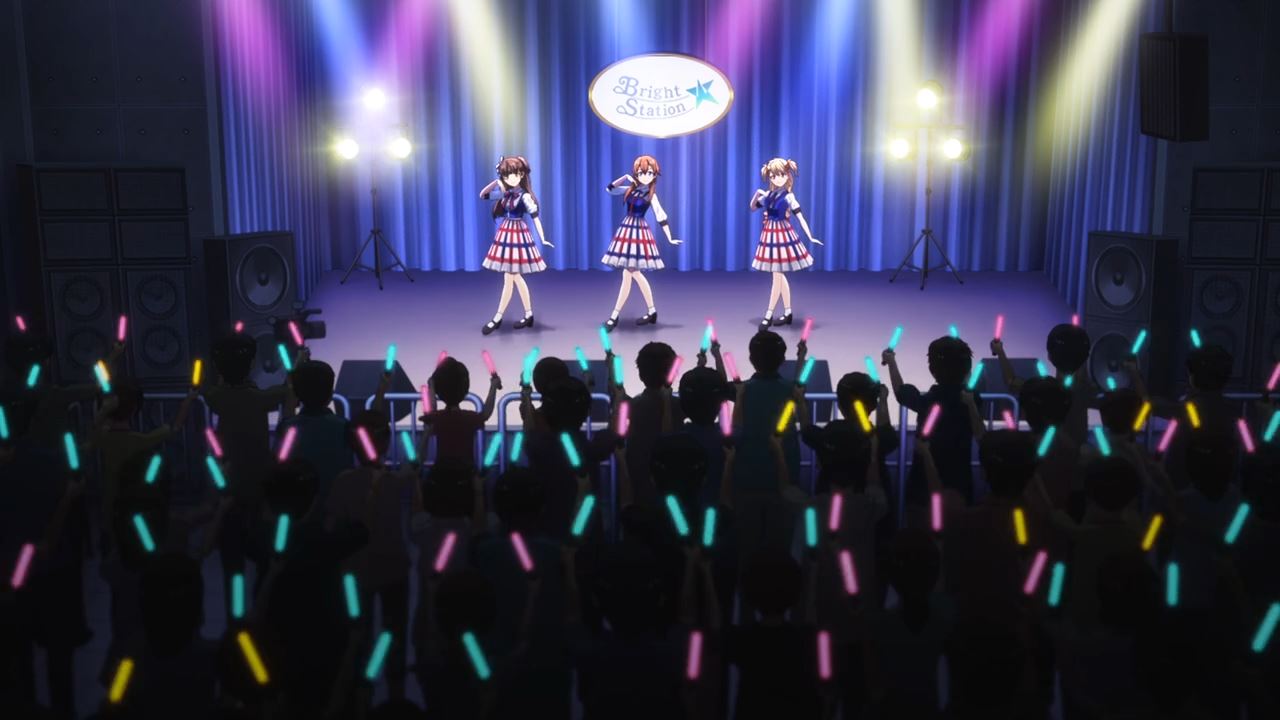 And so, TINGS made a successful first concert as everyone attended are happy to see them perform surprisingly well. Heck, even the YuraYura Sisters are satisfied with the outcome.

Of course, this is just the first step as Haru Nabatame and the rest will need to do better in order to become the best in Japan. Anyways, I’ll see you next time!