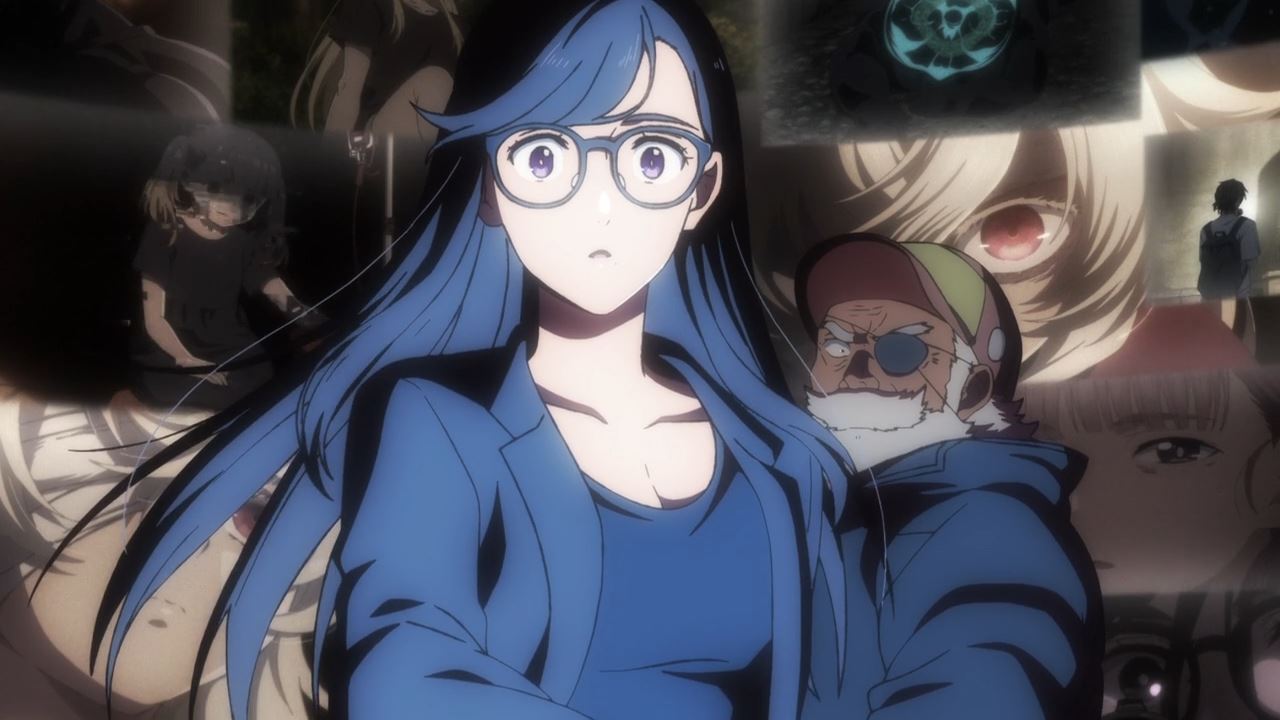 Welcome to the 2nd half of Summer Time Rendering where Hizuru Minakata and Ginjirou Nezu receives memories from Ushio Kofune where they learn their mistakes from past loops and how to take action against Haine and the four-armed shadow abomination. 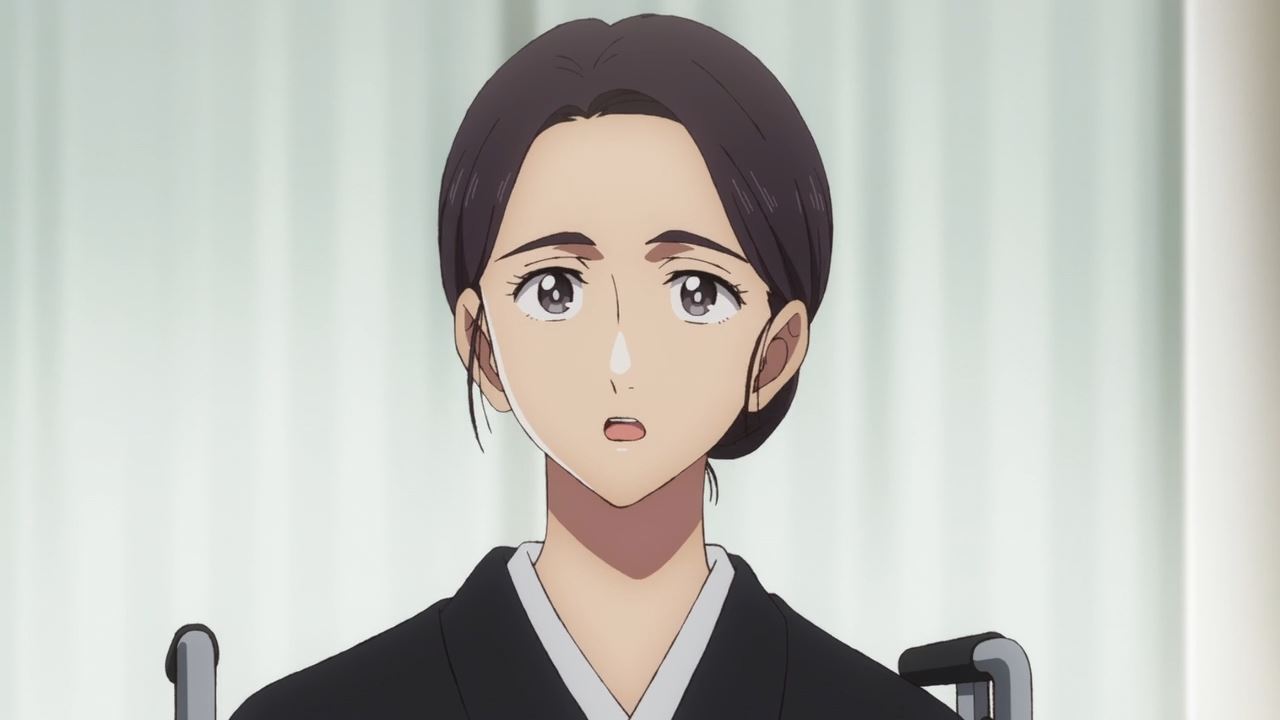 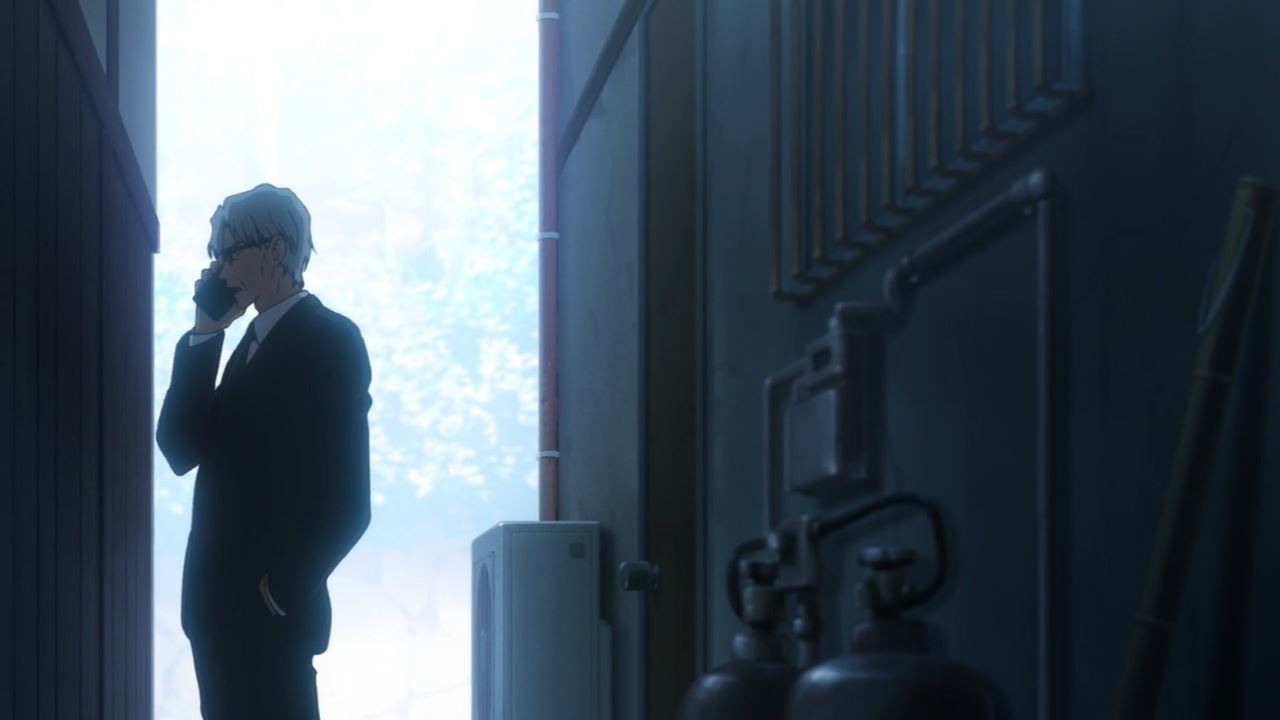 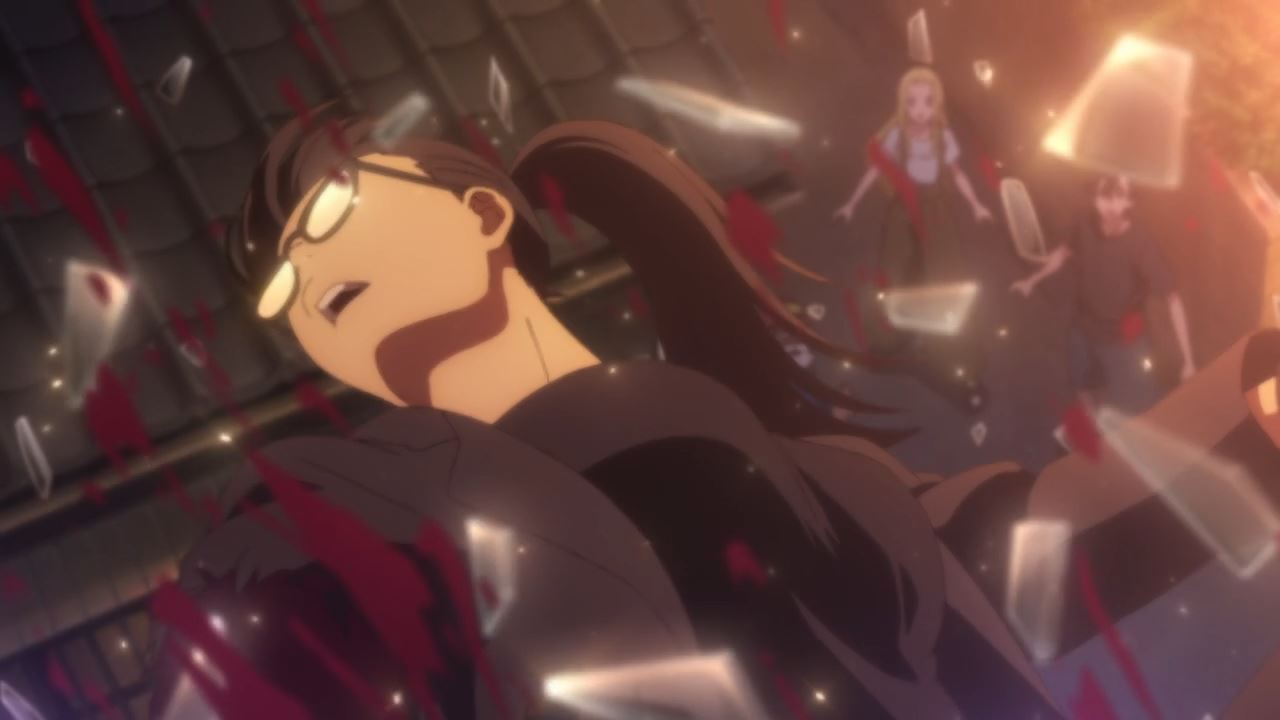 But let’s proceed with hunting shadows as Hizuru Minakata went to the Kobayakawa residence… until she was knocked out from the window. 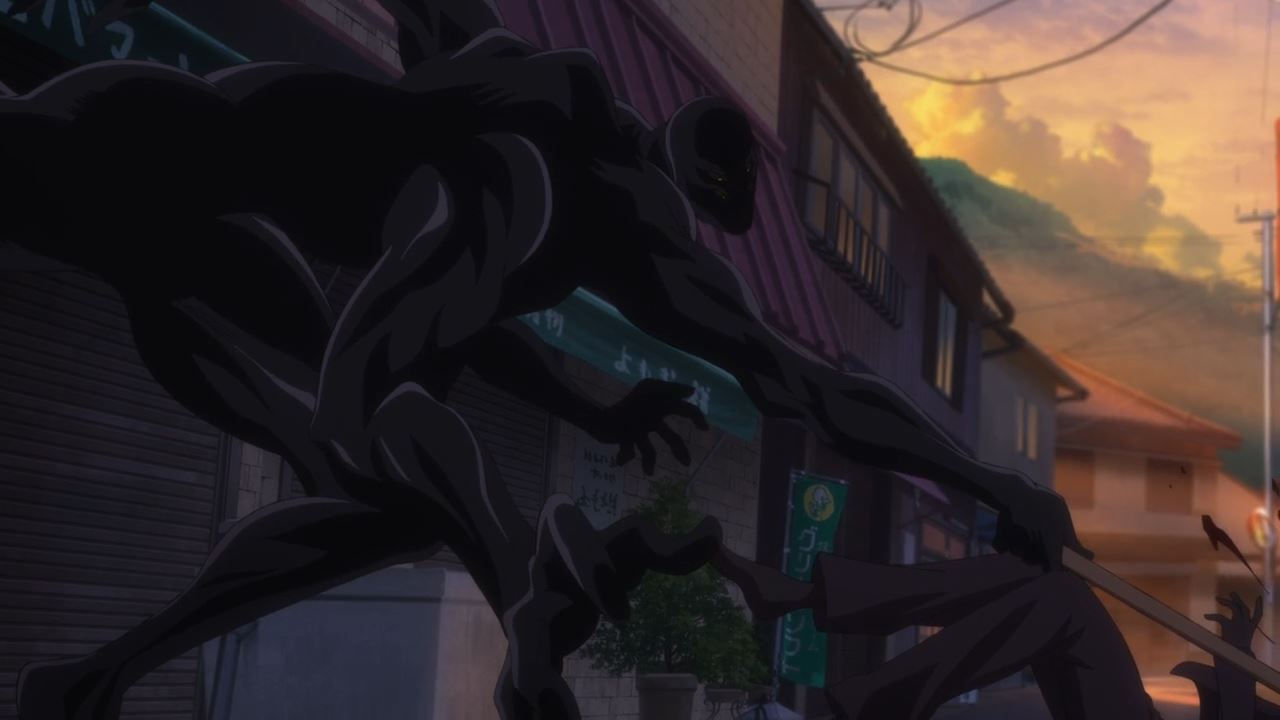 Even worse is that the four-armed shadow abomination has arrived. I have a feeling that it predicted Shinpei’s train of thought.

However, it turns out that Haine knows what Shinpei Ajiro is thinking as she attaches herself to his body. Remember that hand mark from a previous episode? That’s how Haine predicted the future. 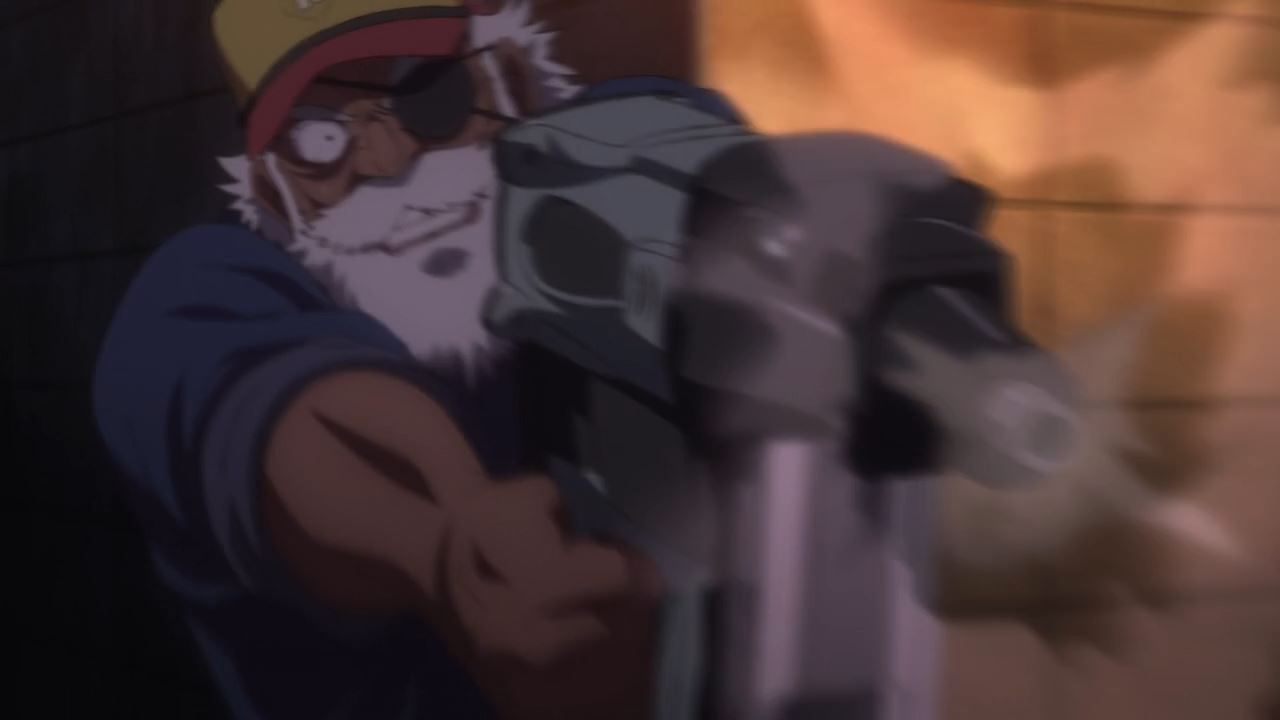 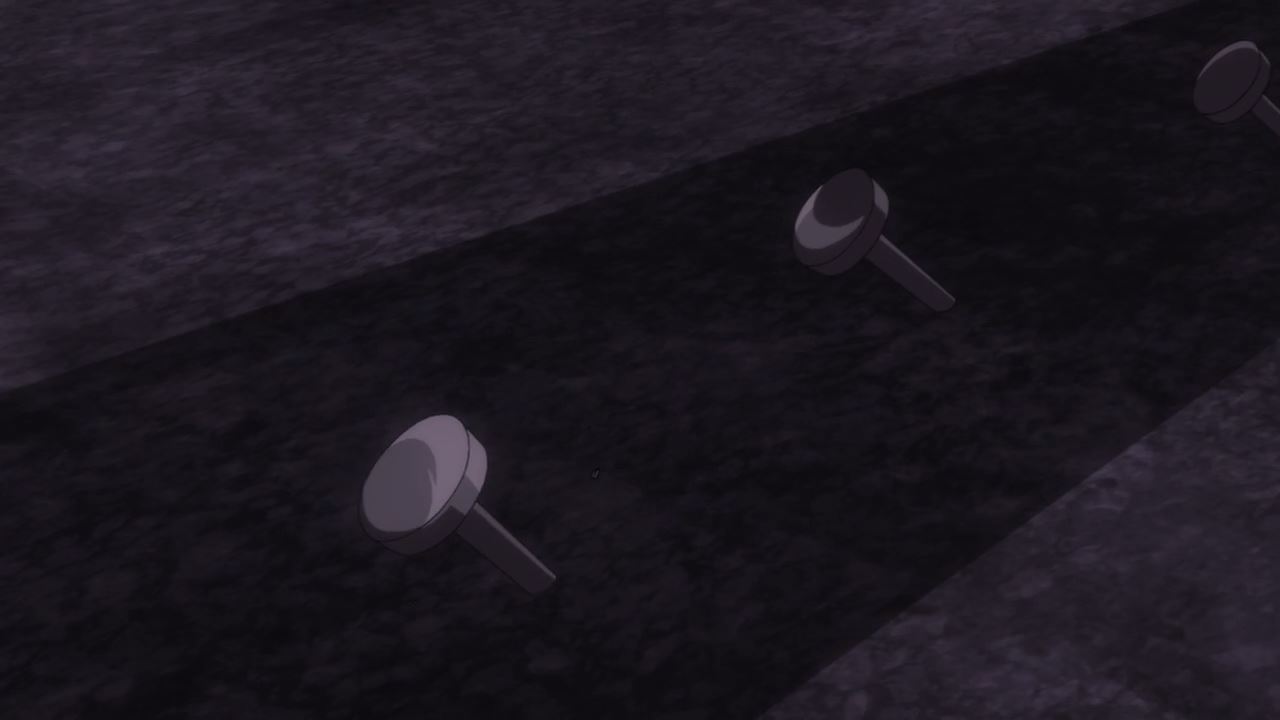 Regardless, it’s now or never as Ginjirou Nezu shoots the abomination’s weak-point. However, it didn’t work!

Not only that, but Nezu-san’s head got shoved with a metal fence. This is really horrifying as Shinpei couldn’t stop Haine and her powerful companion. 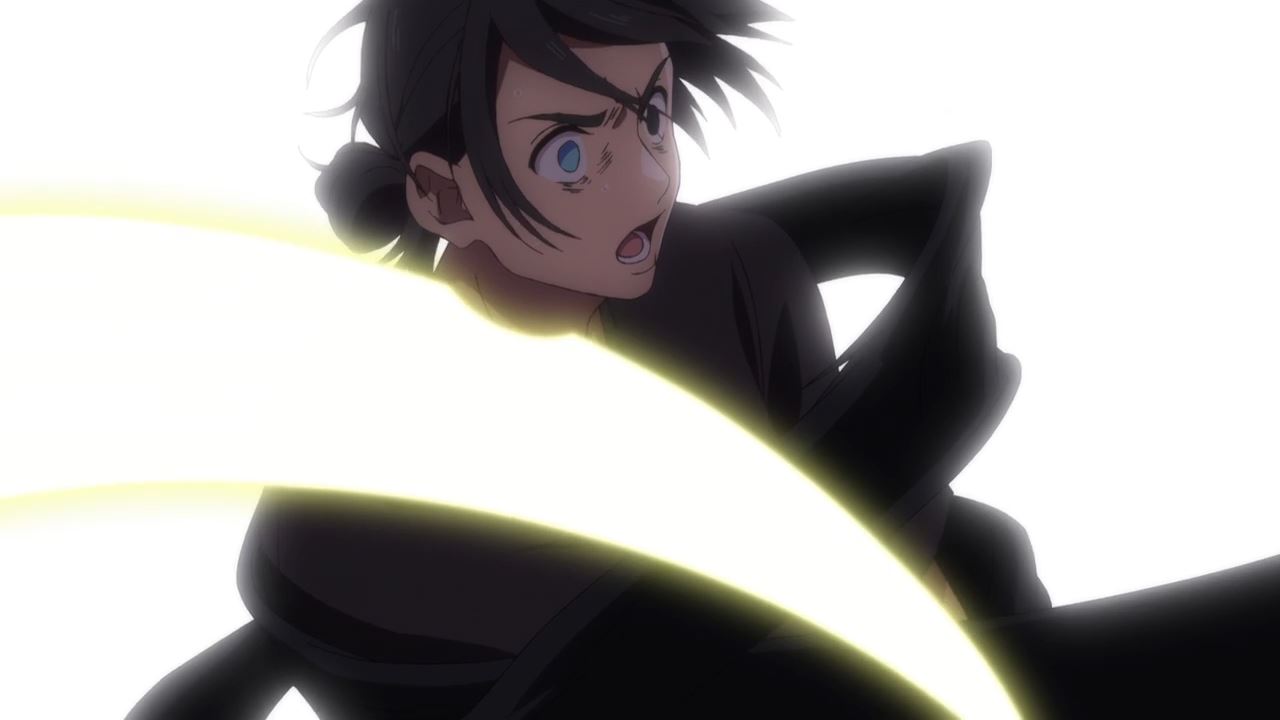 So, another reset for Shinpei Ajiro where Ushio Kofune cuts his head to rewind back to July 22. Really surprised that the shadows are really two steps ahead from the curve. 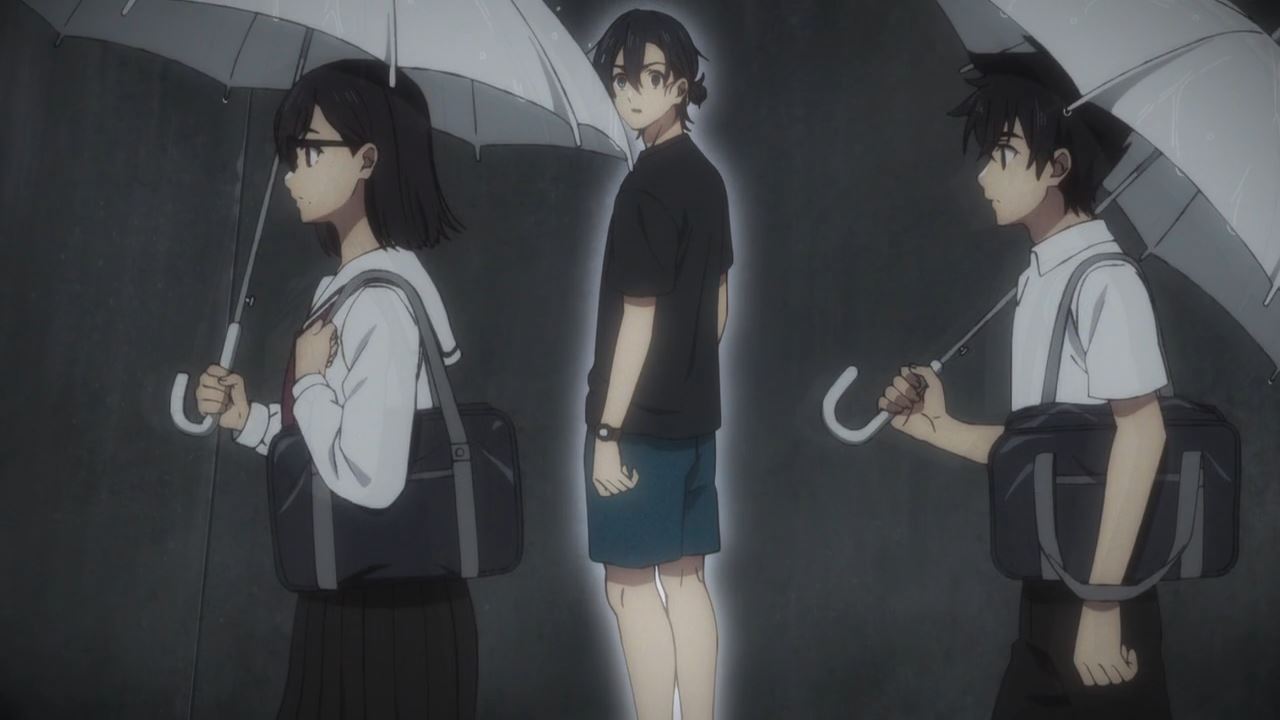 But let’s return to Shinpei where it appears that he didn’t rewind back to July 22, but rather he went back further to the past as he saw a young Hizuru Minakata along with her twin brother Ryuunosuke. 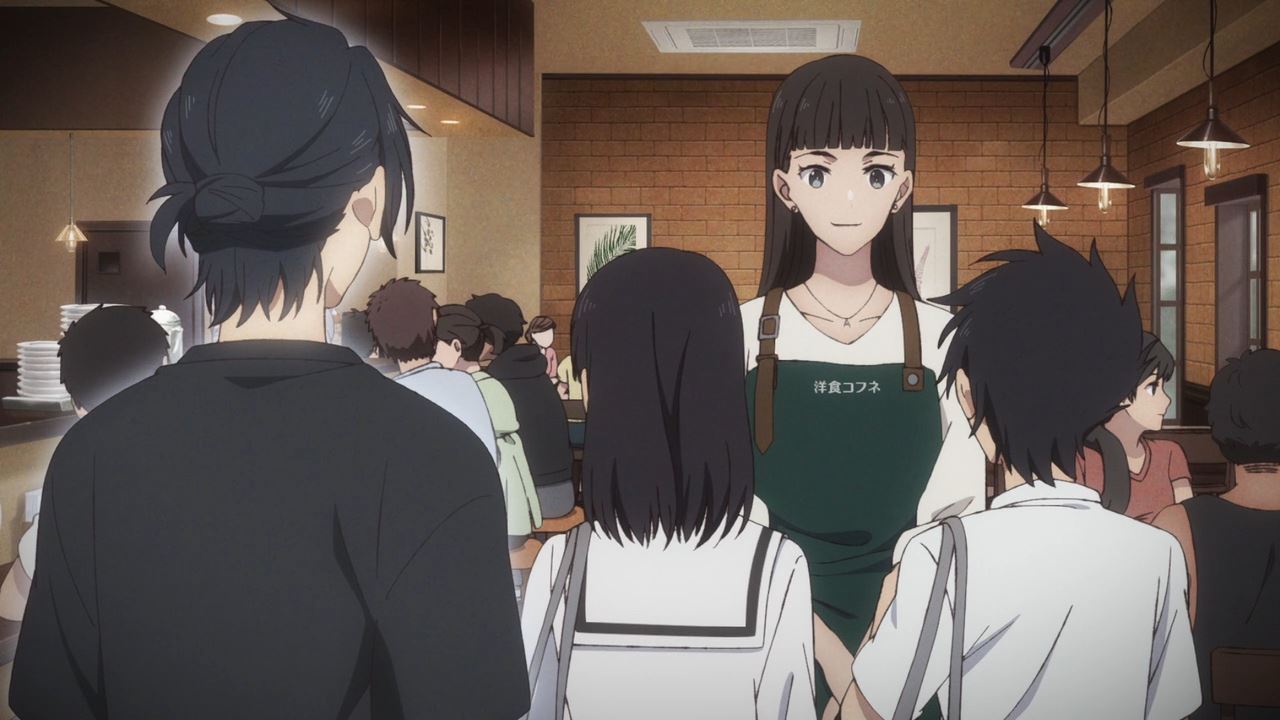 By the way, here’s Shinpei’s mother Akemi where she’s helping the Kofune café for one day.

As for her real job? Akemi Ajiro is actually a marine archeologist along with her husband Toru. 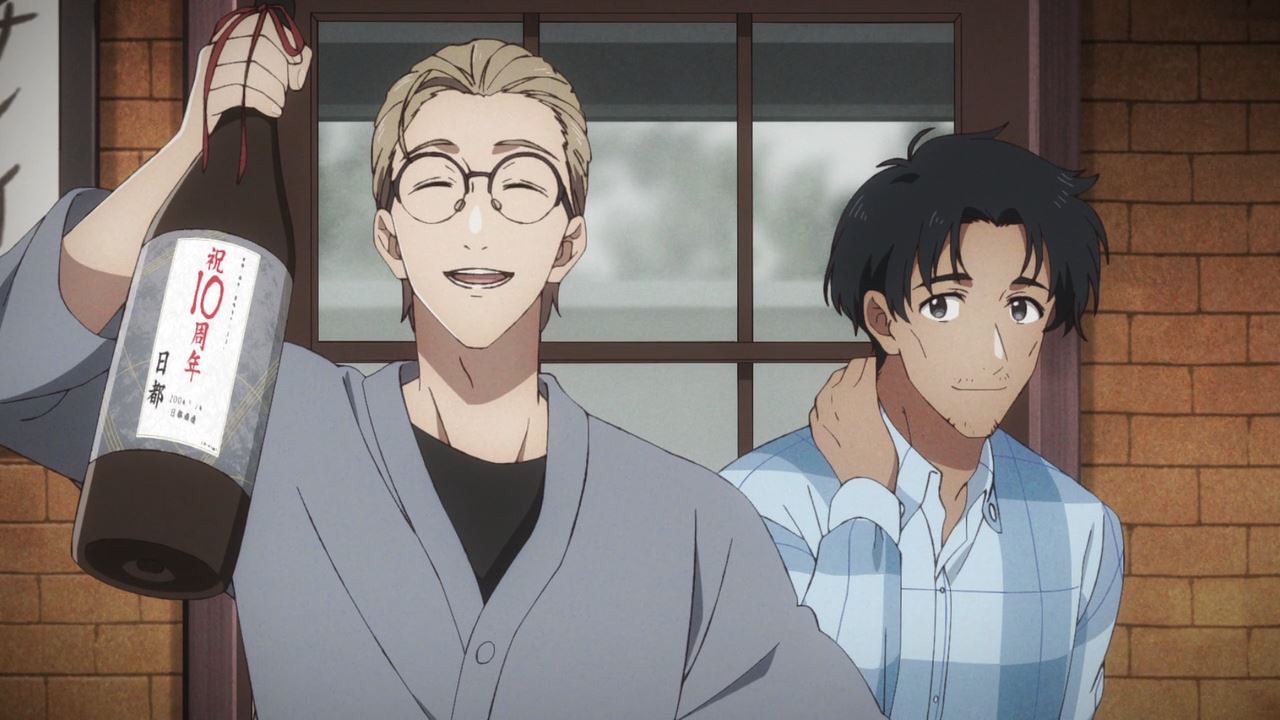 Speaking of Toru Ajiro, he went to the café alongside Masahito Karikiri where he recently anointed as a head priest. Sadly, Shinpei didn’t know how his parents actually died. 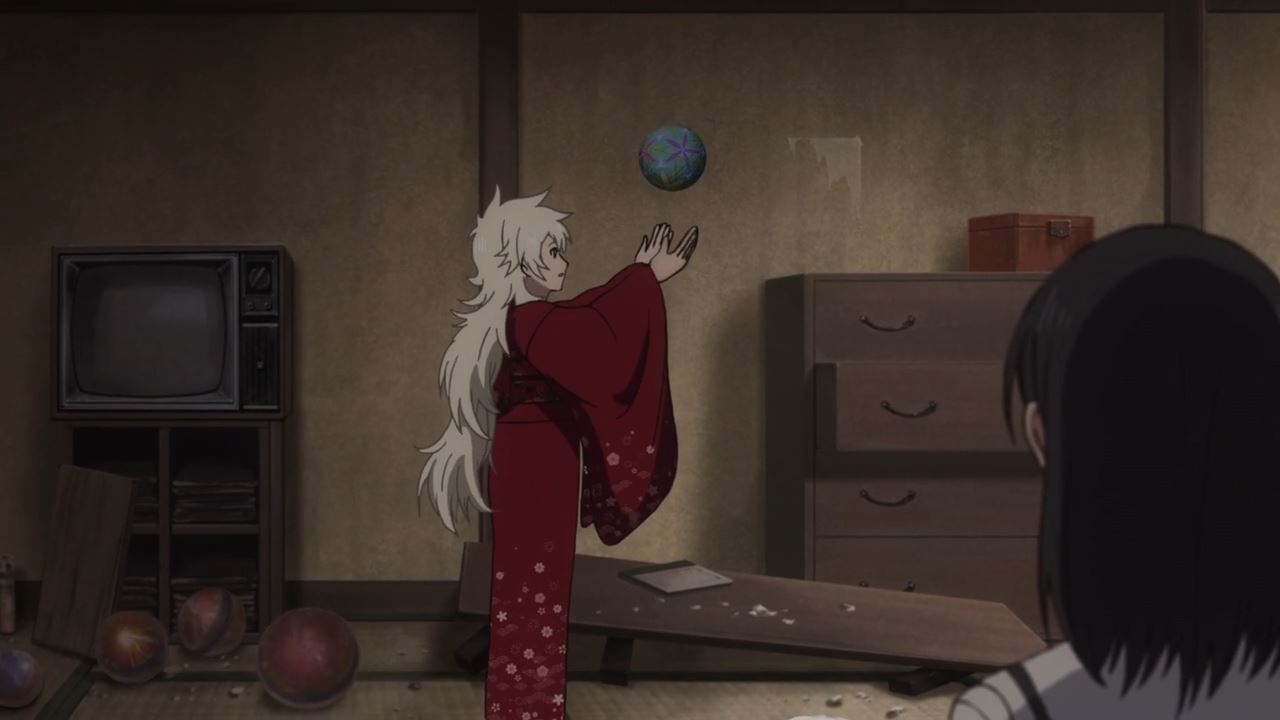 Now that he’s in the past, it’s time for Shinpei to learn more about Haine where it appears that she befriended Hizuru.

Of course, Haine couldn’t get out of the old clinic building because a certain four-armed shadow told her so. 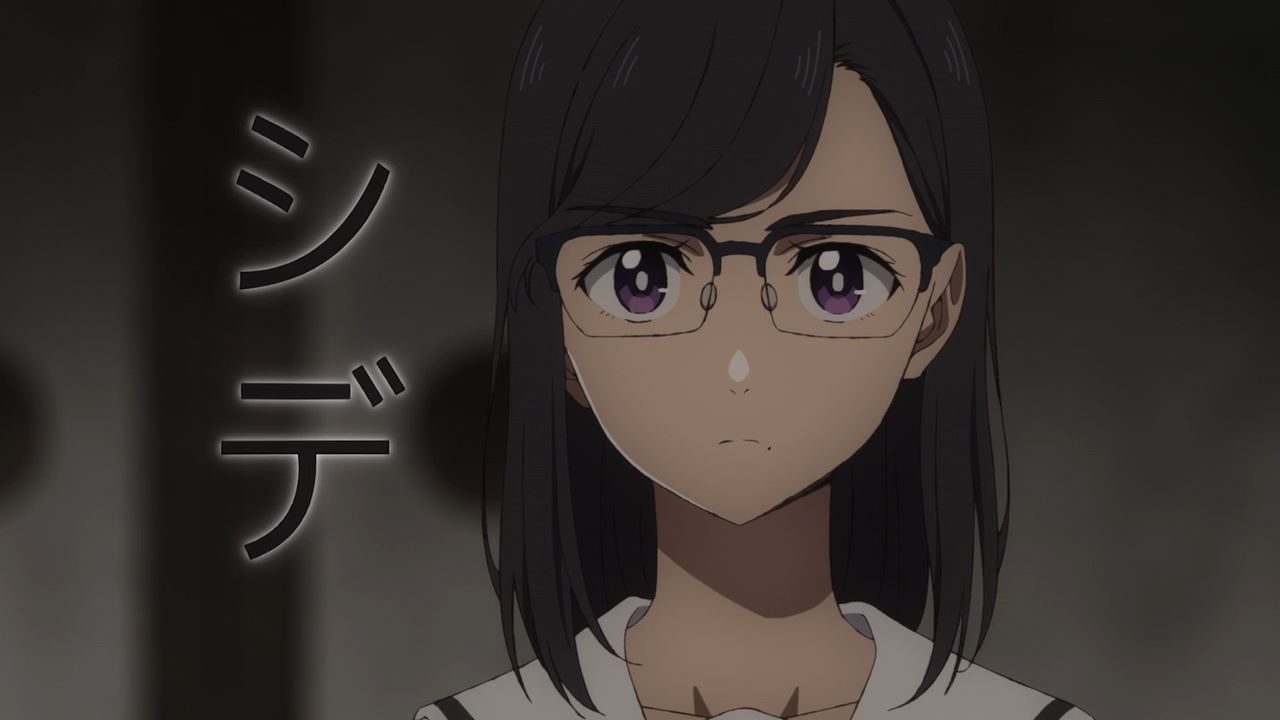 Said four-armed shadow now has a name: Shide. This name translates to “four arms”, which is appropriate since Shide’s four appendages can transform into weapons.

Still, I can’t believe that Hizuru Minakata would befriend the mother of all shadows Haine. Heck, Hizuru gave some snacks to Haine from time to time. 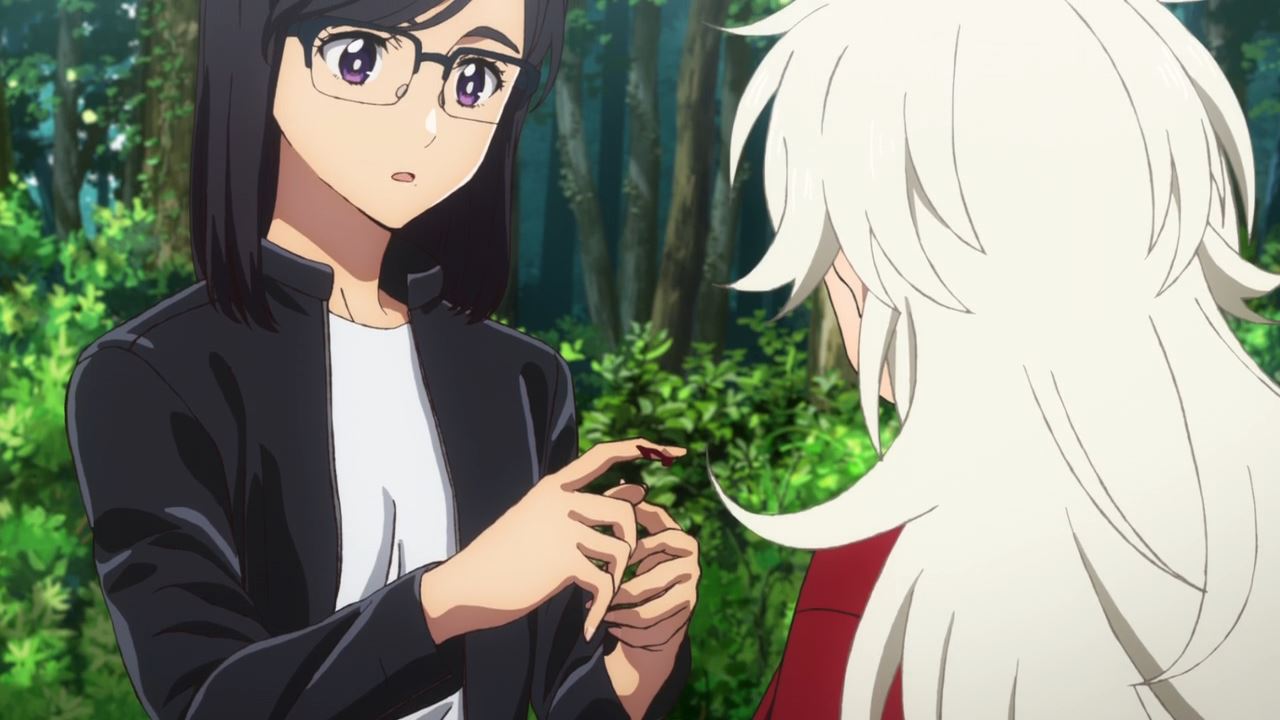 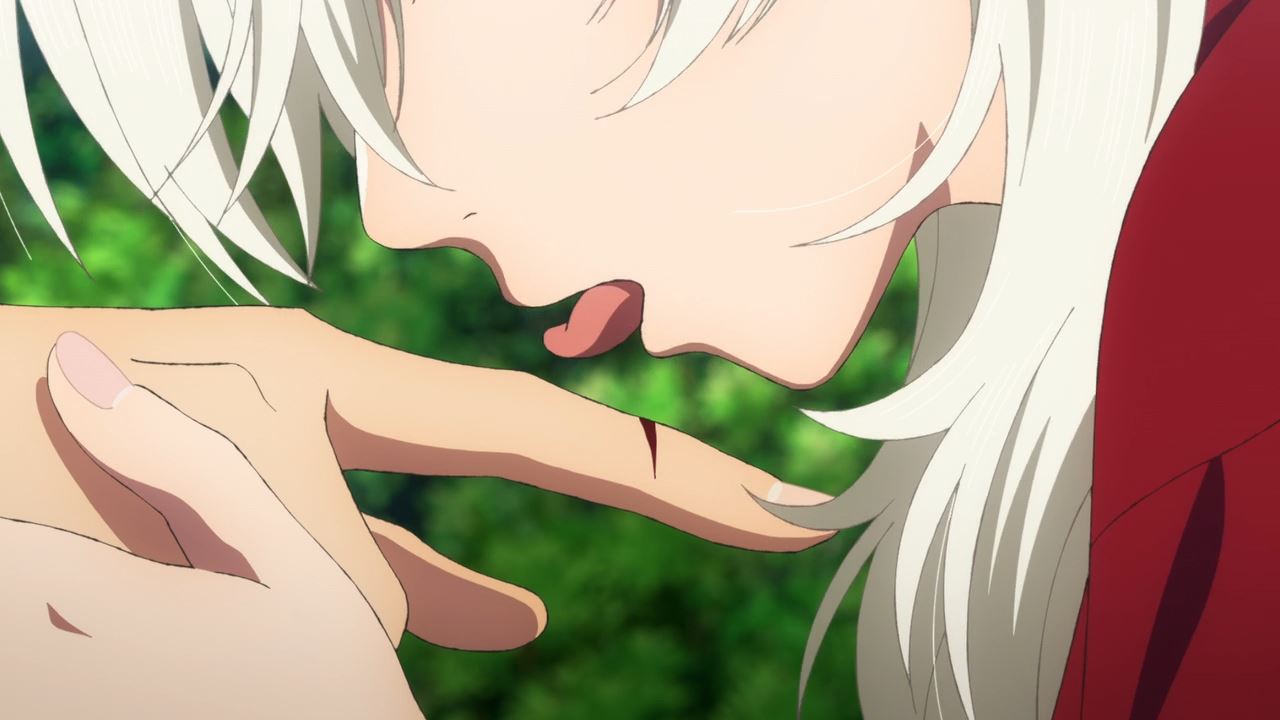 But that’s all changed when Hizuru’s hand got a cut in which Haine lick her wound.

Now this isn’t confirmed if this event marks Haine’s craving for humans, but it all goes downhill from there as Haine is not satisfied with cheap snacks anymore. 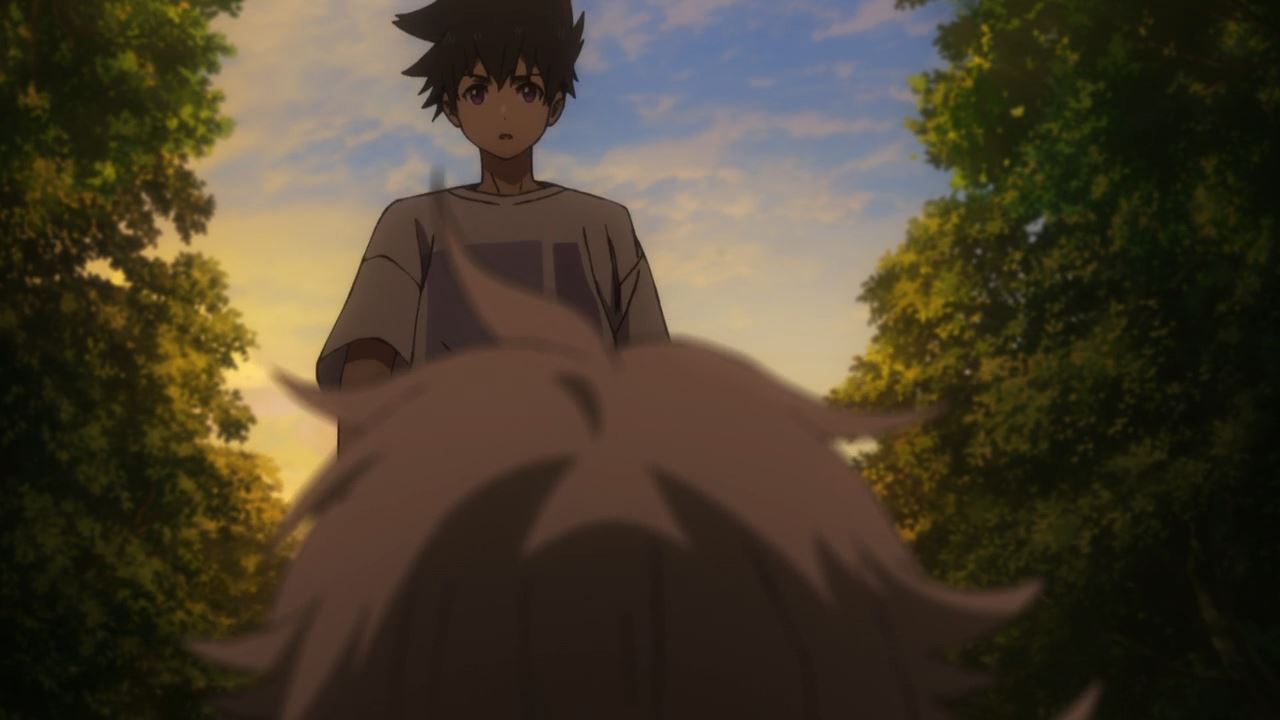 Moving onto the next scene where Ryuunosuke Minakata is currently finding his twin sister Hizuru until he encountered Haine. 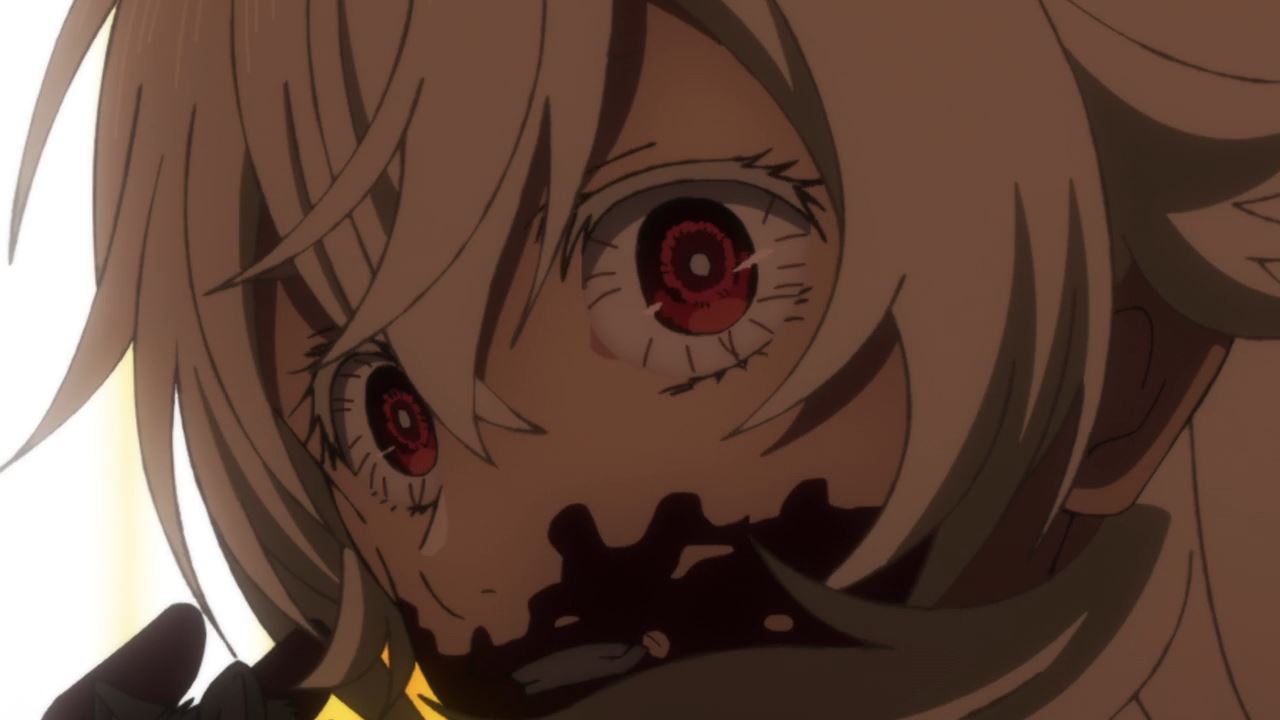 And speaking of Haine, she eating what appears to be human flesh. Dammit, Ryuunosuke came at the worst time! 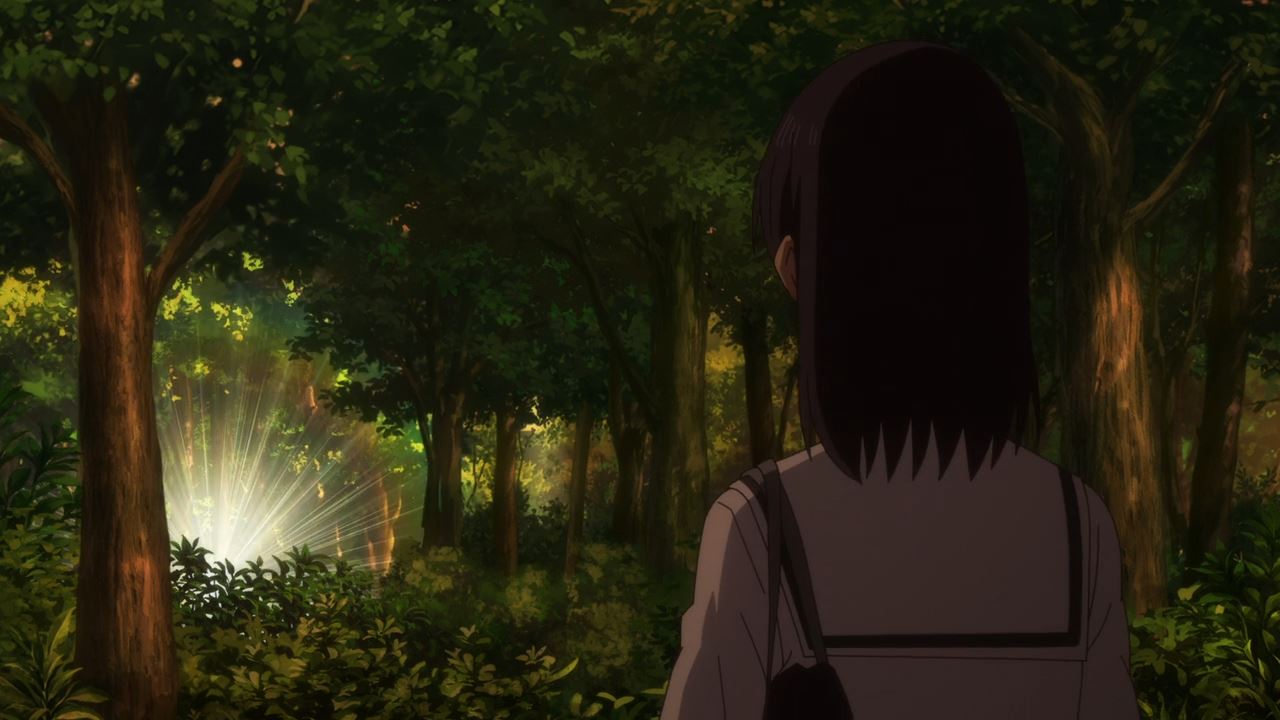 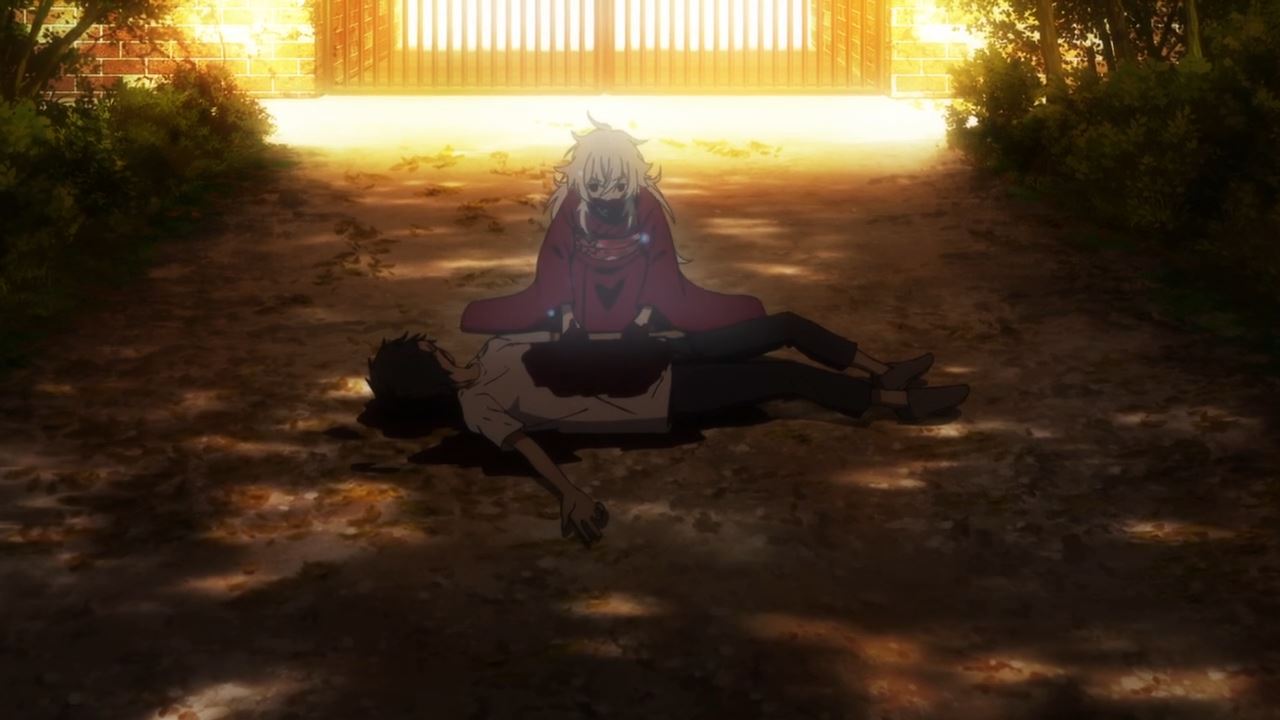 Anyways, Hizuru went to the scene upon seeing a flash as she witness Haine eating her twin brother Ryuunosuke. Yes, it’s not some pack of wolves but rather Haine herself. 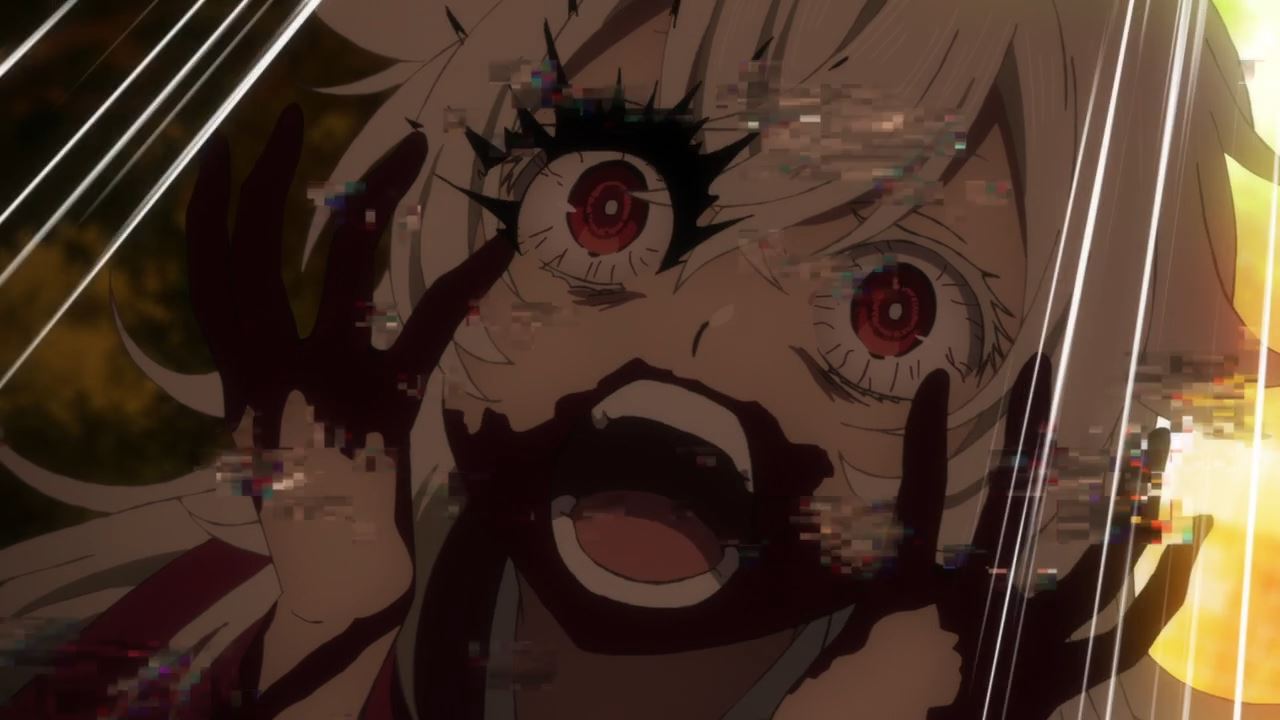 Speaking of Haine, she realized her mistake in eating Hizuru’s twin brother that she’s losing her mind, as well as her appearance. 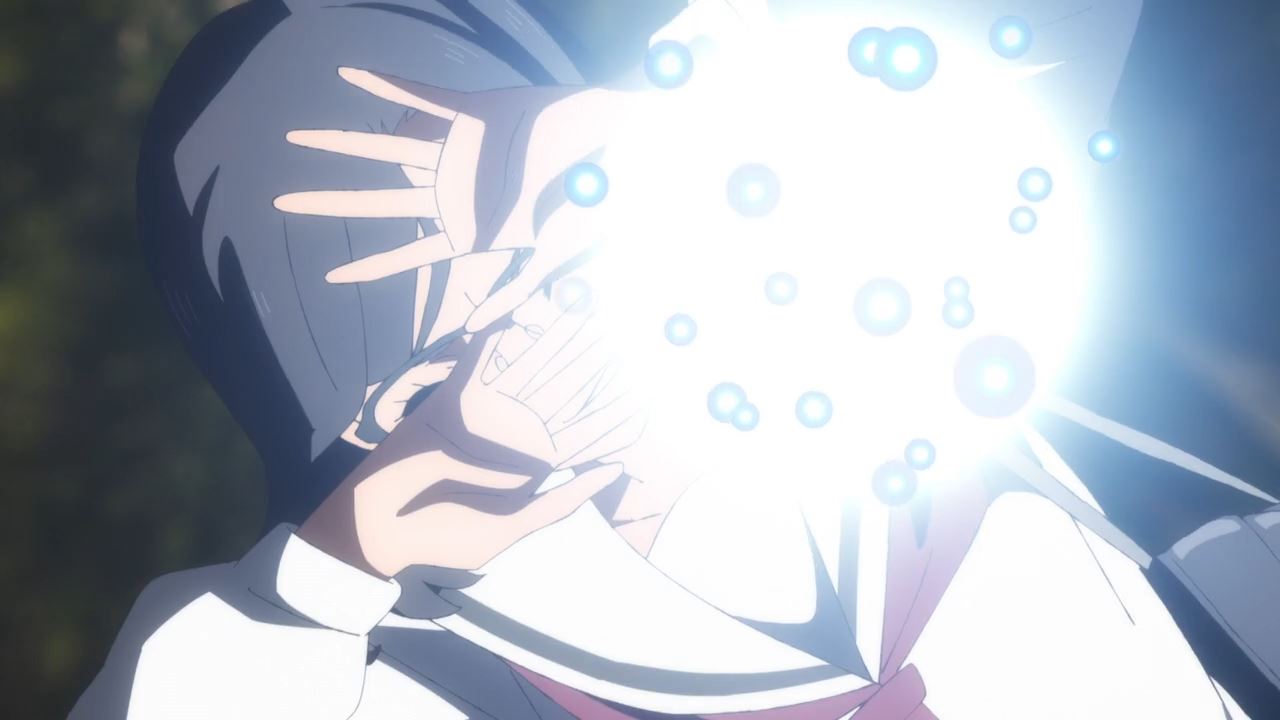 And what follows is a string of events where Haine lost her right eye upon committing her horrible mistake, while a ball of light went towards Hizuru Minakata.

In regards to the ball of light, I bet that it houses Ryuunosuke’s soul after his body is already devoured by Haine. 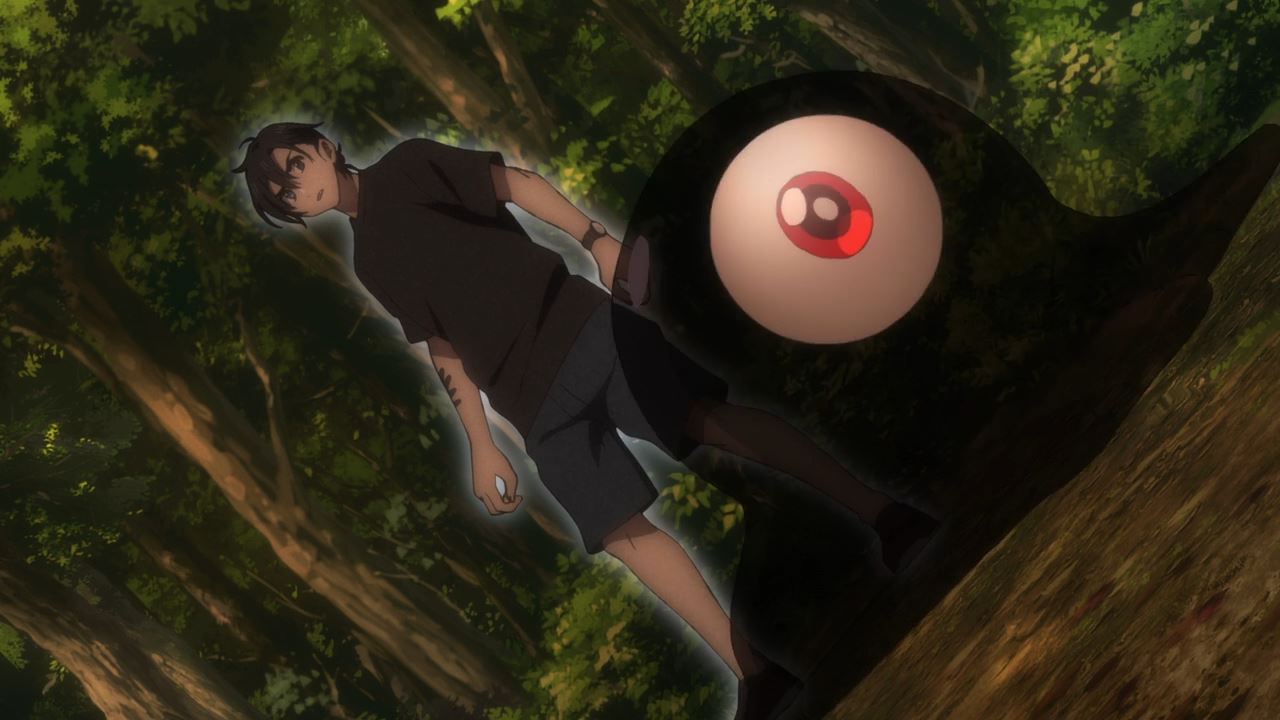 Oh yeah, about Haine’s right eye. I’m still puzzled on how it went to Shinpei Ajiro as Haine lost it a long time ago. I have my theory that it followed Hizuru once she left Hitogashima. 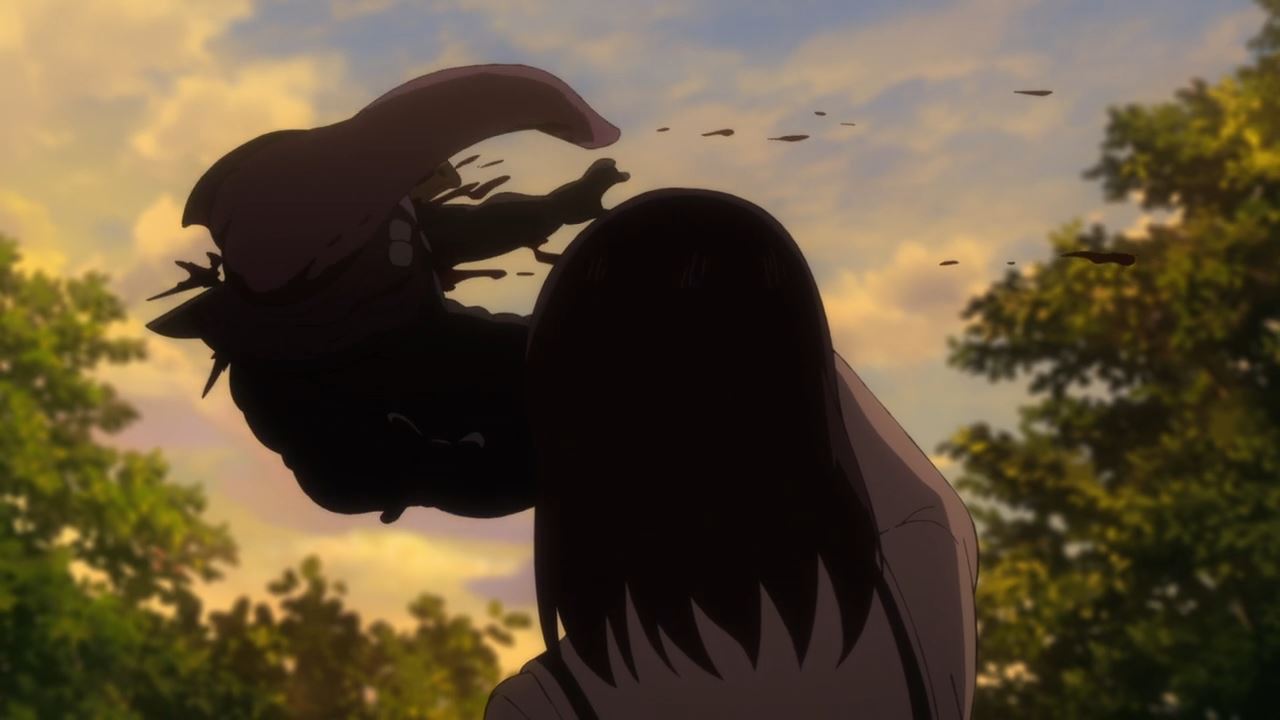 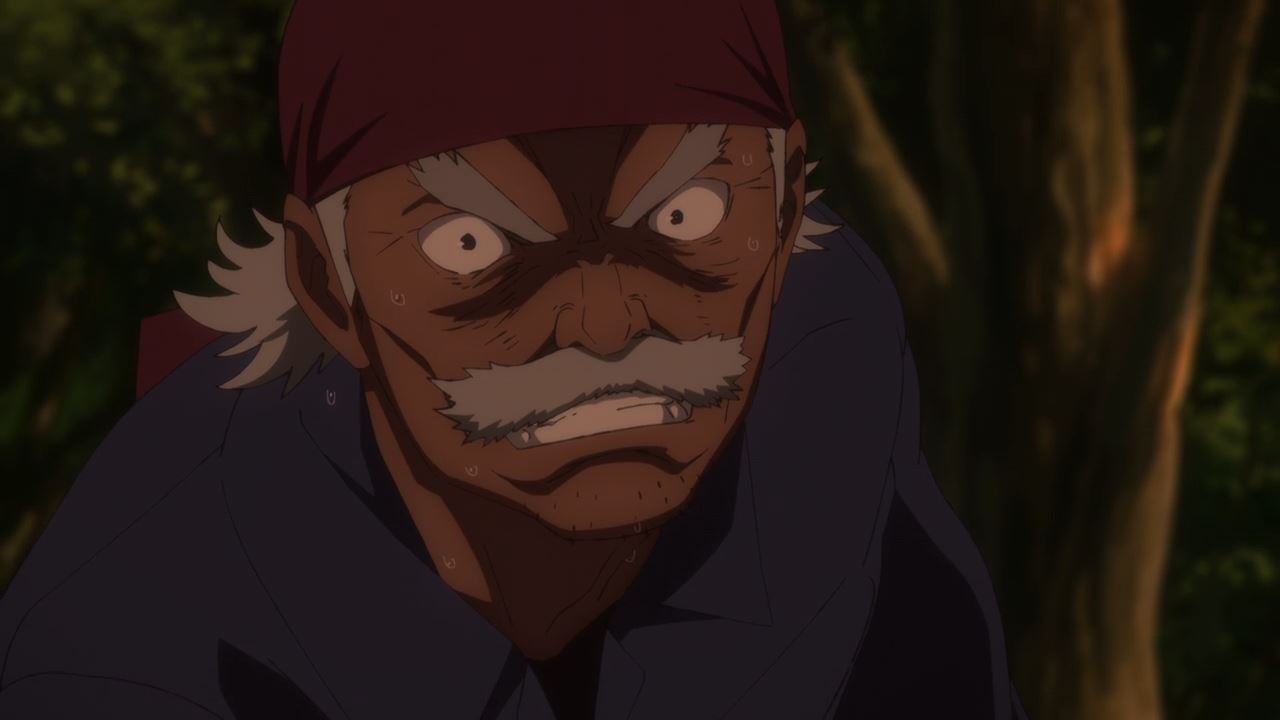 For now, looks like Hizuru Minakata was saved by Ginjirou Nezu from a stray shadow. Of course, this old man is still in danger. 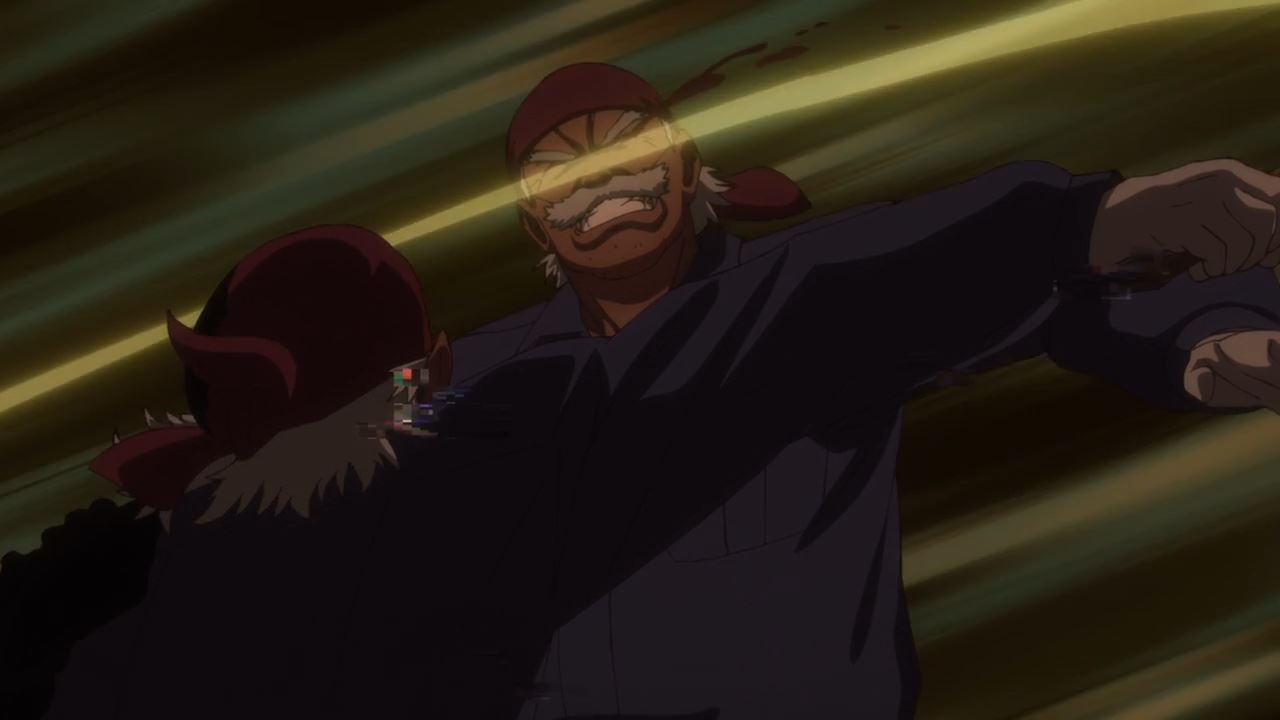 You see, a shadow partially-copied Nezu’s appearance where it slashes his left eye. At this point, Ginjirou-san is in danger of being killed by a shadow. 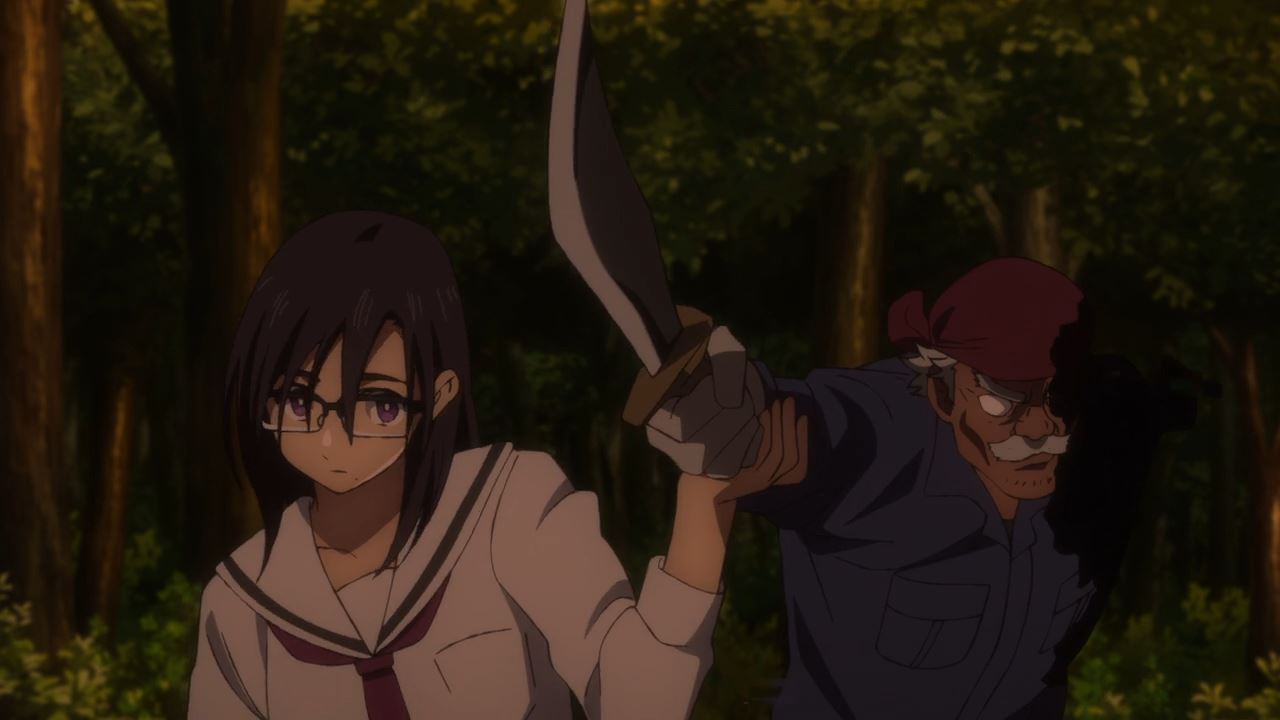 That’s until Hizuru saves him or rather Ryuunosuke where his soul took over his twin sister’s body and attacks the shadow like some sort of superhuman. 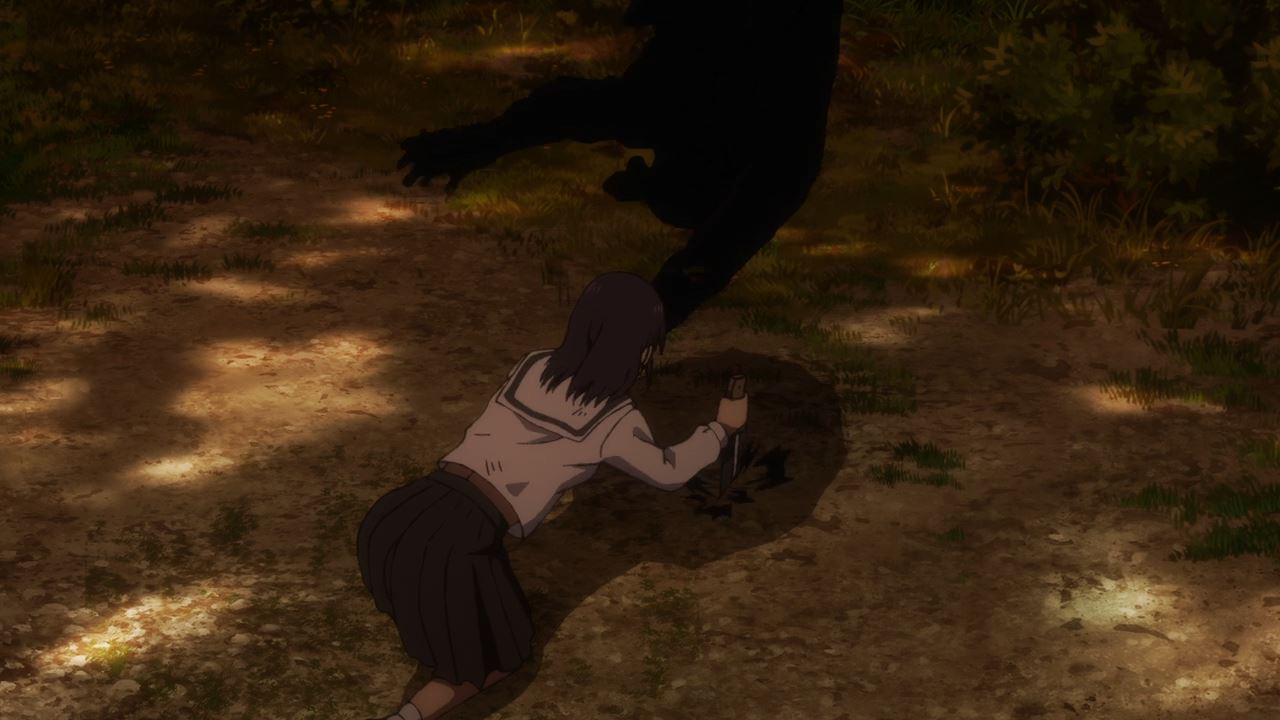 Of course, even though Ryuunosuke managed to stop a shadow from murdering Ginjirou Nezu, the body that his soul possess has some limitation as Hizuru suffered a dislocated shoulder.

And so, Shinpei Ajiro saw how Haine’s reign of terror began thanks to her deadly encounter with Hizuru’s twin brother Ryuunosuke. Sadly, he didn’t found Shide’s real identity but hey, good thing that four-armed abomination has a name now. 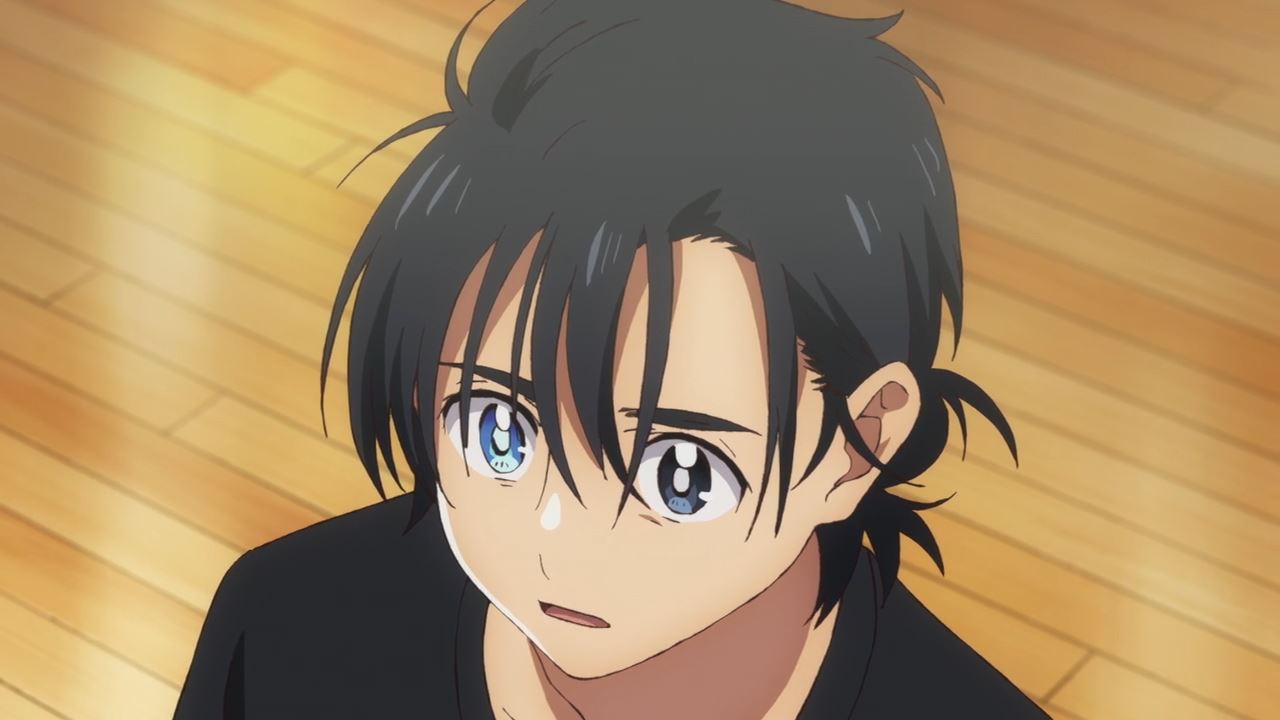 Now then, looks like Shinpei Ajiro has returned to July 22 as he’s now at his 6th loop.

And while he’s at it, Shinpei told everyone regarding the shadows where they threaten to sacrifice everyone in Hitogashima to restore Haine’s ailing health. 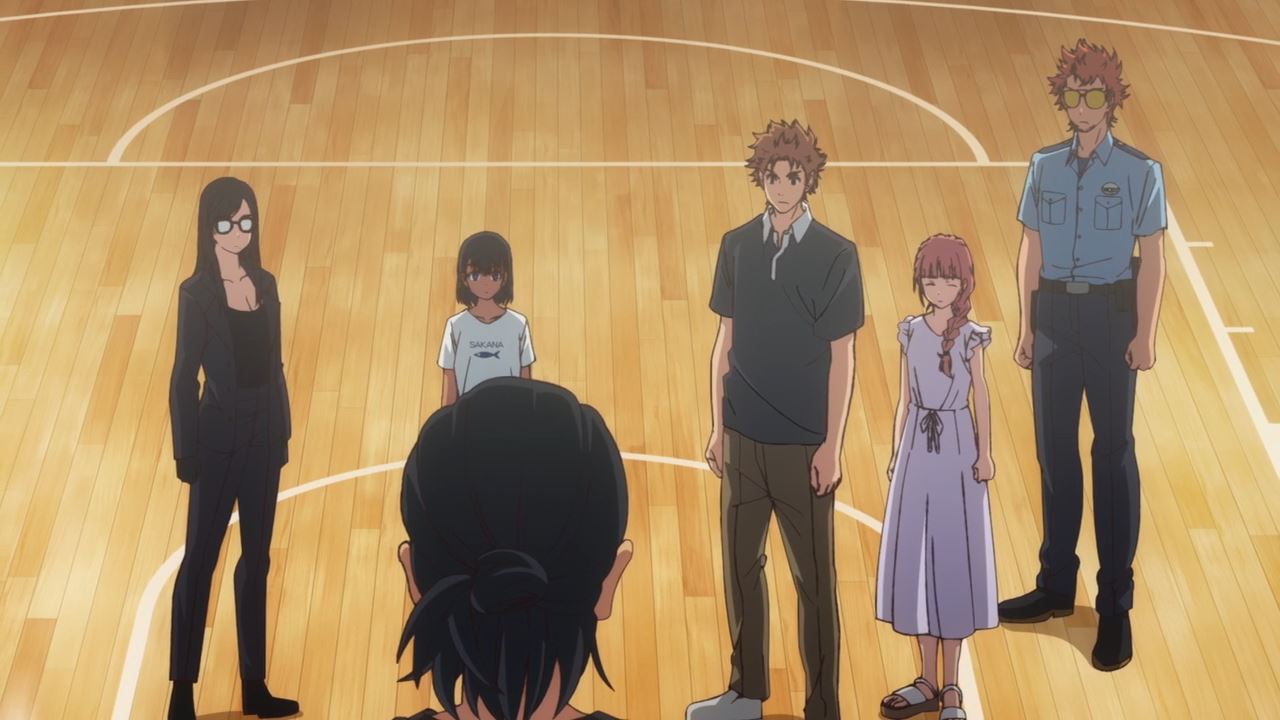 Of course, while everyone understands the current situation, I wonder why Tetsu Totsumura has to join the crew as he’s useless as a flea?

Sure that he’s got that trusty revolver but Tetsu-san should have gave it to Hizuru Minakata or even Ginjirou Nezu.

And speaking of Ginjirou Nezu, it looks like Shadow Mio stabbed him in the head. Oh shit, the shadows really predicted everyone move made by Shinpei Ajiro. 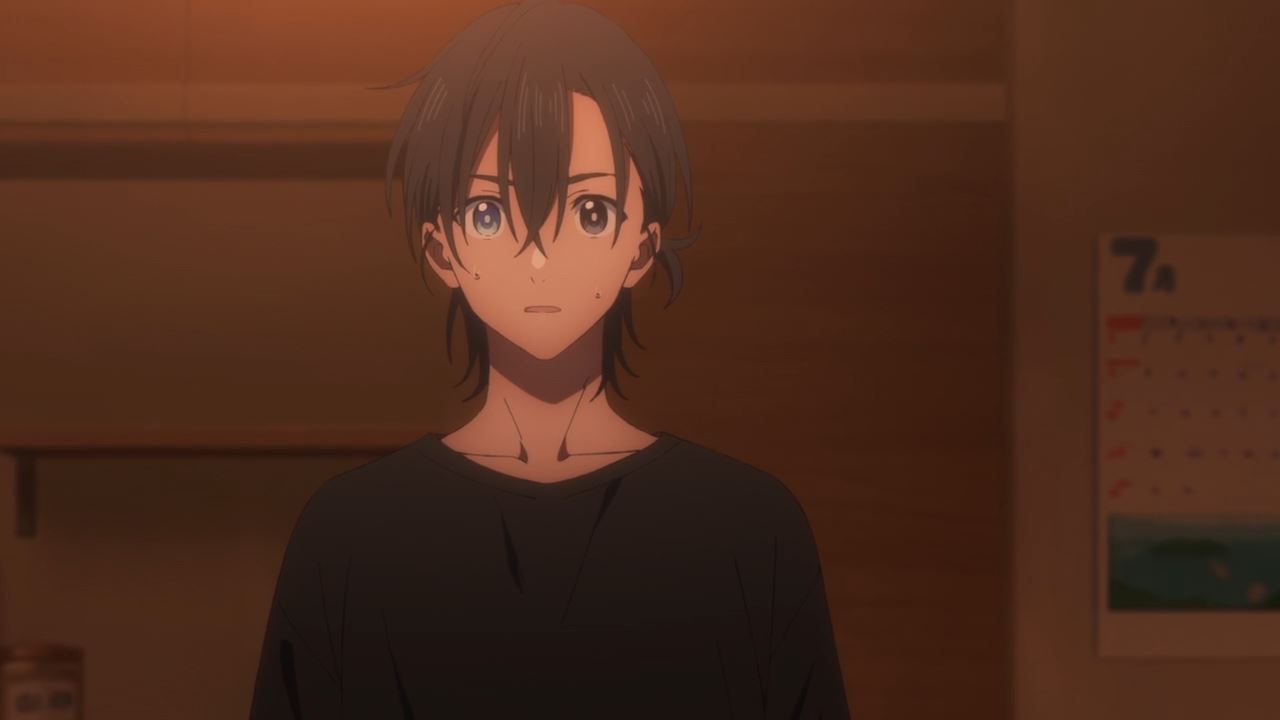 Oh yeah, about Shinpei Ajiro, it looks like he was transported somewhere instead of staying inside the school’s auditorium. Did Haine or Shide do this?

Anyways, tune in next time where Shinpei must return to his friends and save them from being killed by those shadows!