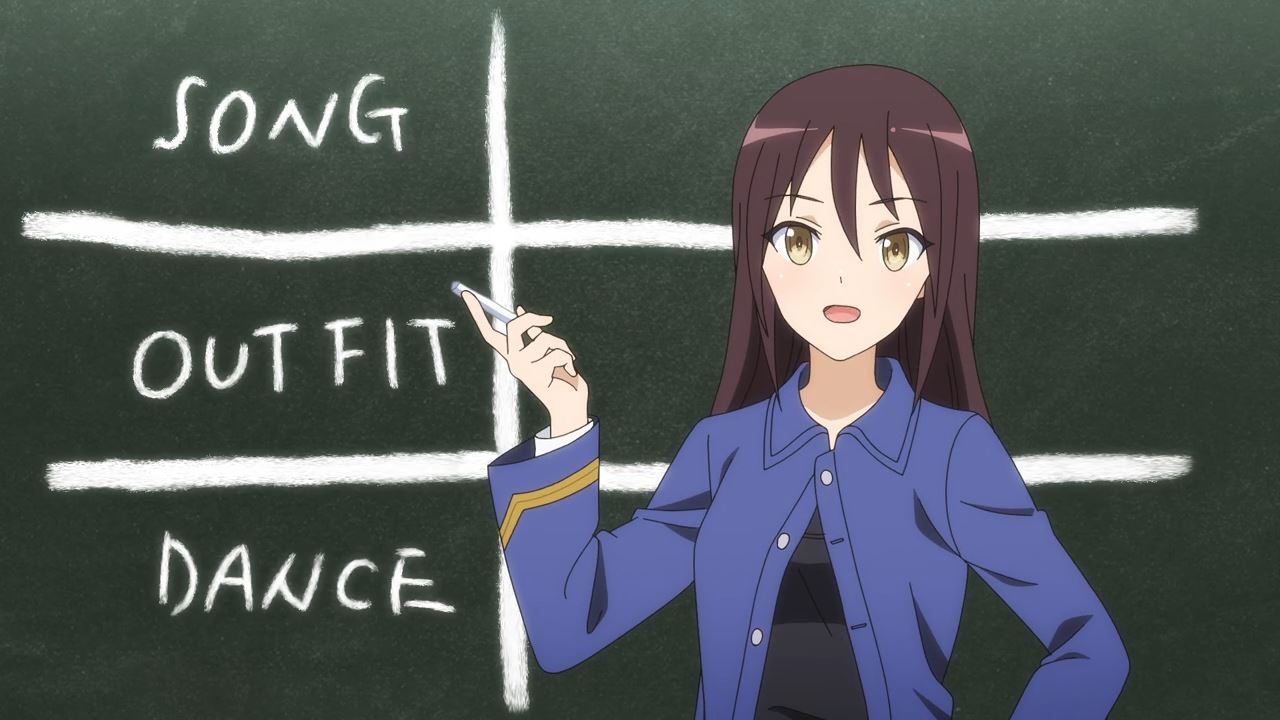 Let’s begin this episode with Eleonore Giovanna “Ellie” Gassion where she told the witches to team up into 3 groups: Songs, Outfit, and Dance.

These groups are responsible creating the building blocks of an amateur idol group, although there’s one person who wants take it all. 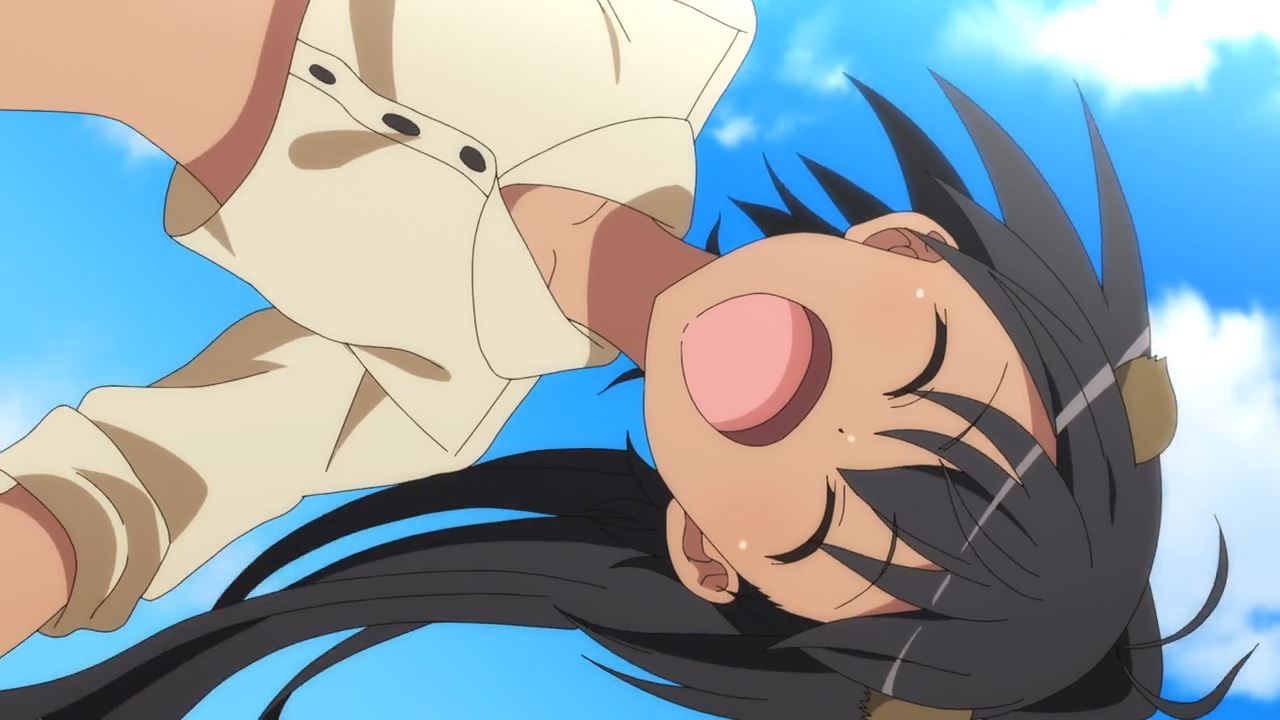 Said person happened to be Manaia Matawhaura “Mana” Hato where she’s too eager to take those jobs, although I think she should stick to choreography and flight acrobatics since Mana is an energetic fellow. 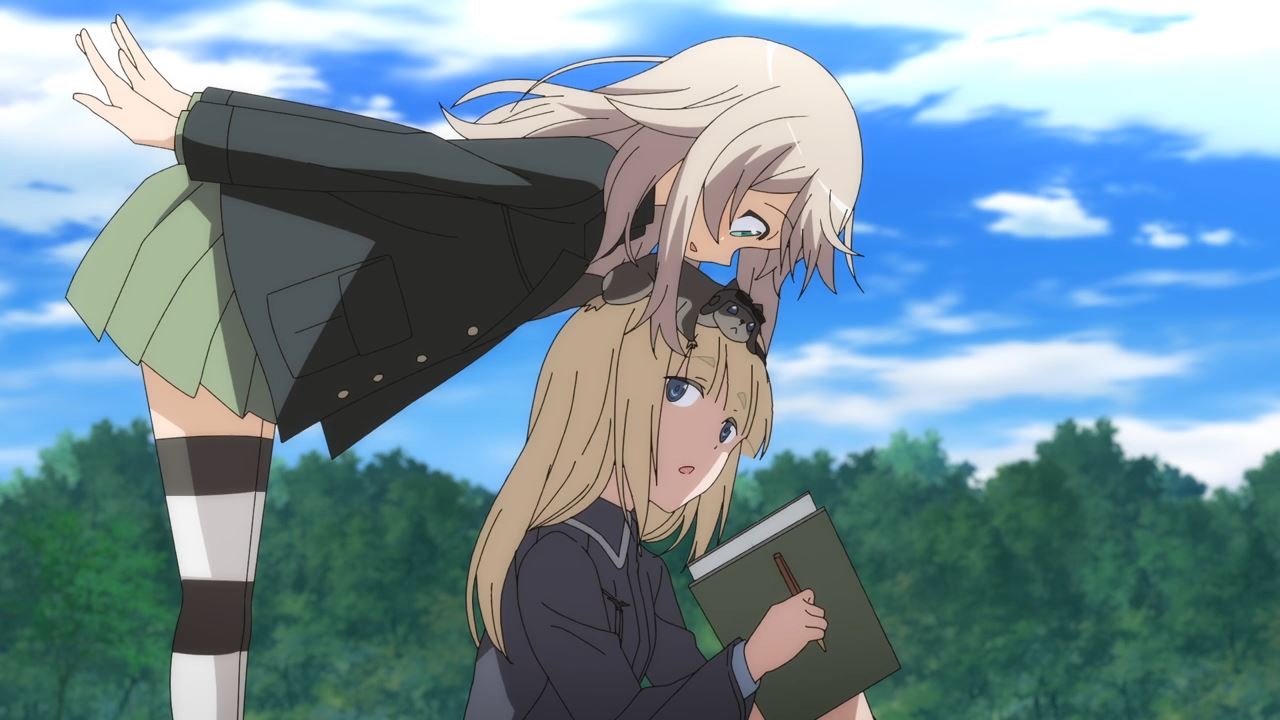 Meanwhile, here’s both Virginia Robertson and Maria Magadalene Dietrich where they’re trying to figure it out in coordinating the moves both on the ground and mid-air.

Then again, the only thing Maria needs to worry about is Mana where she just fly straight rather than performing aileron rolls. 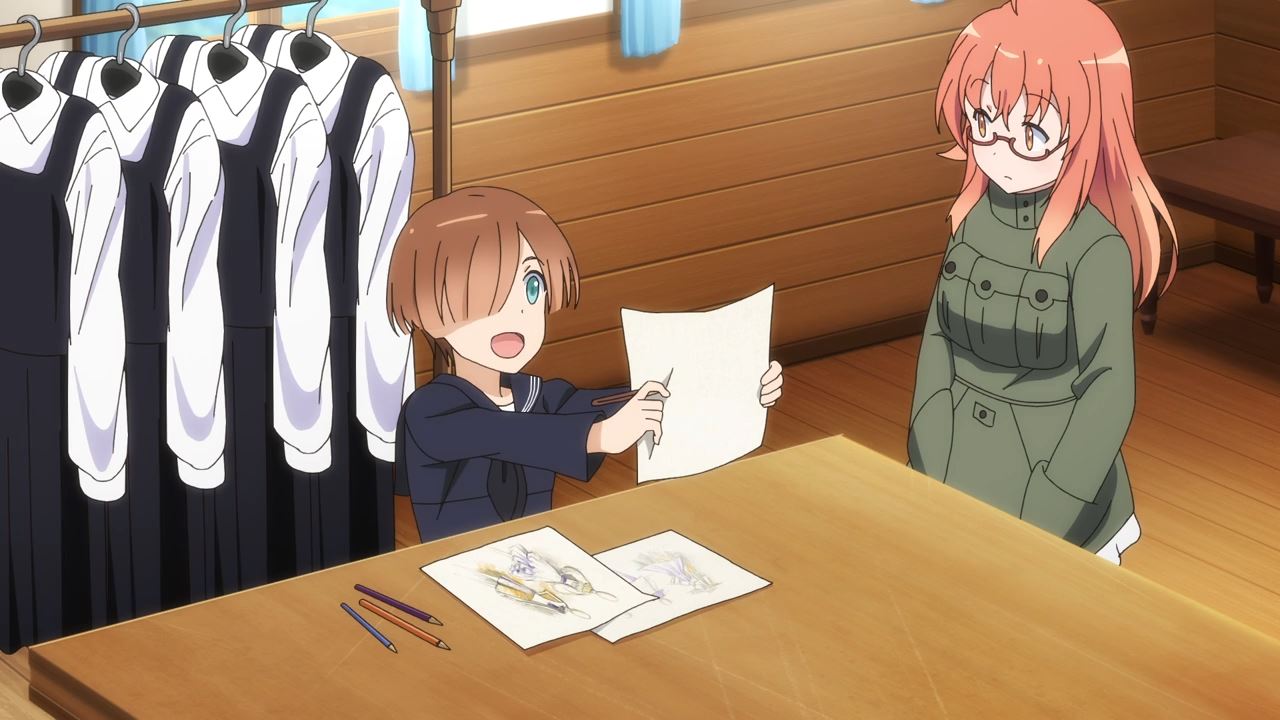 While Jo is pretty eager to make costumes even though she only fixes clothes back home, Silvi is terrible at sewing clothes that she can only measure fabrics. 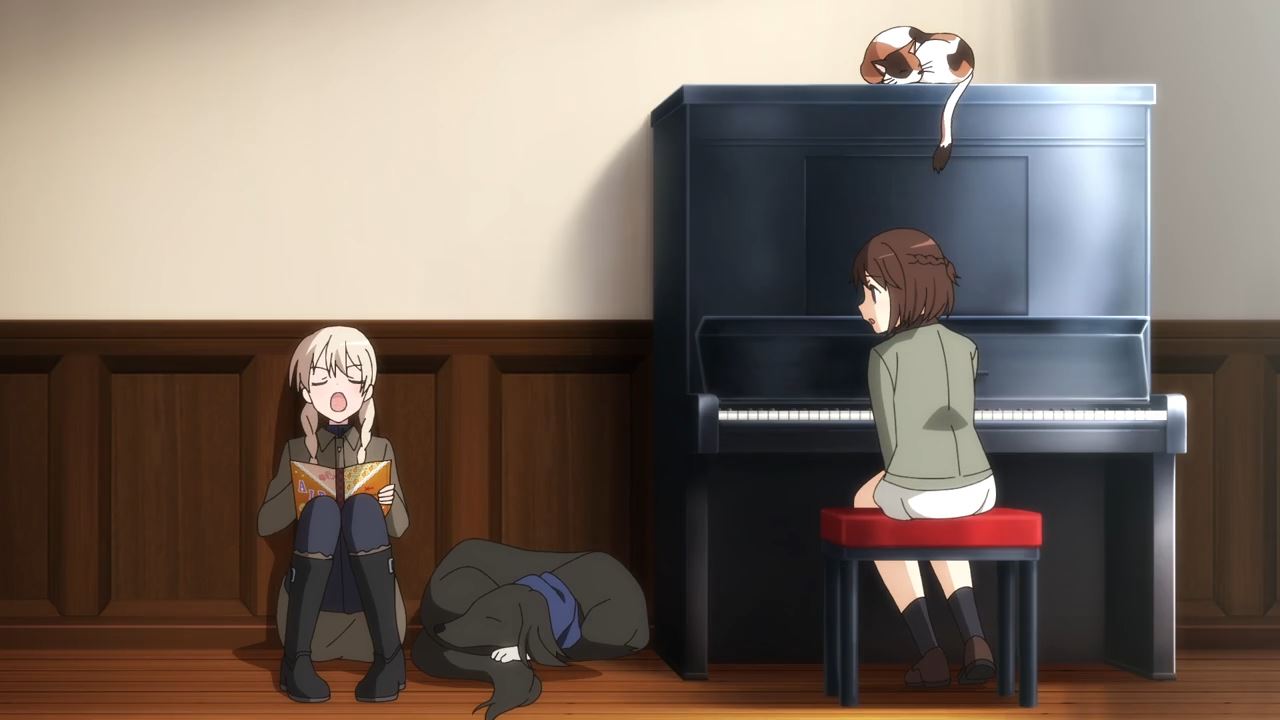 Now let’s move onto the Songs Group where Inori Shibuya compose the music while Lyudmila Andreyevna Ruslanova will write some lyrics.

Unfortunately, both Inorin and Milasha are having writers’ block at the moment as they couldn’t come up with a song that fits the theme of their fledgling joint fighter wing/musical band. 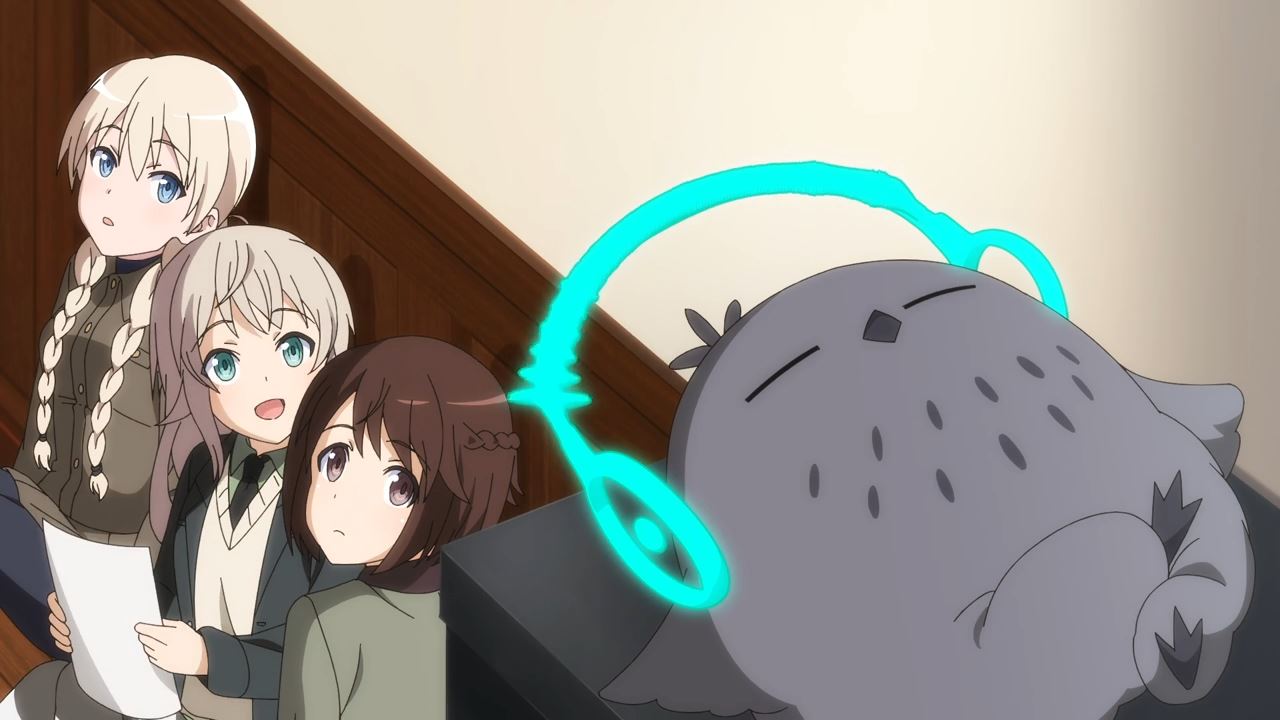 That’s until Ginny appeared where she give them some inspiration, or rather letting Moffy read Inorin’s composition where it plays a song.

Looks like Virginia Robertson gave her friends a starting point in completing their first song. 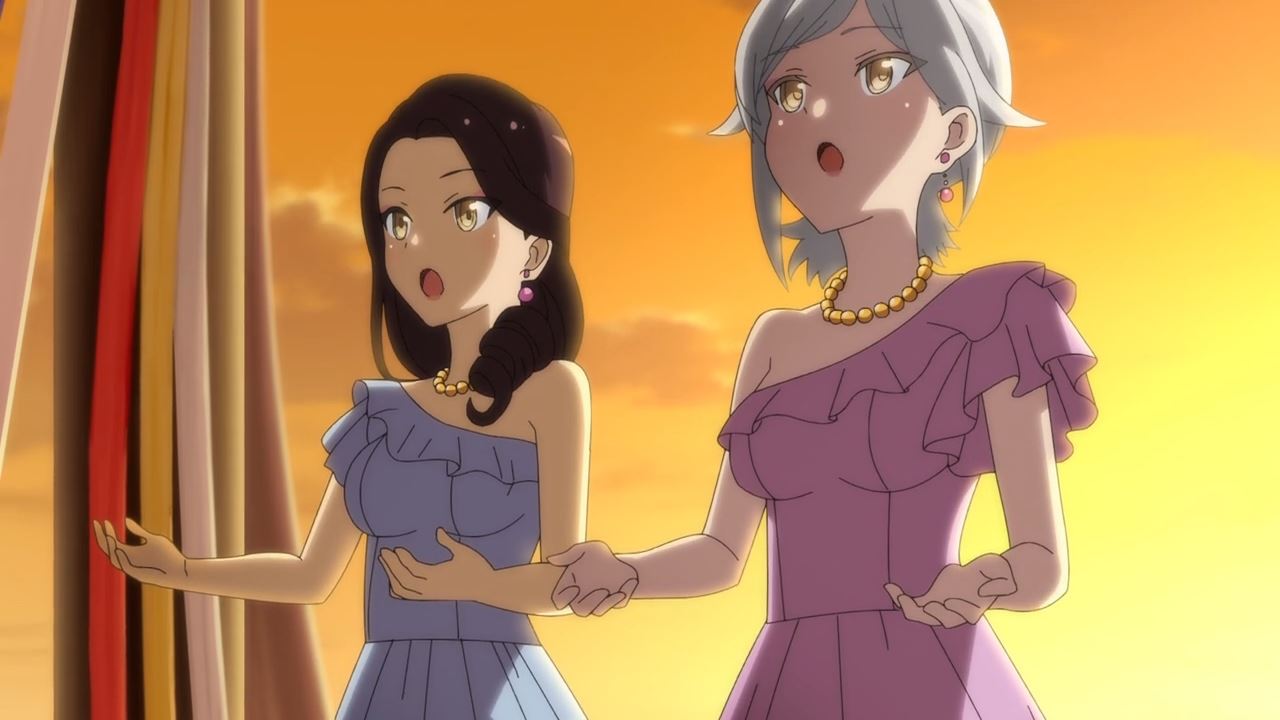 Anyways, the day has finally arrived where the officially-named “72nd Joint Fighter Wing, Logistical Support Squadron, Aviation Magic Band” has arrived at the countryside to perform in front of the locals.

Okay, I’ll call them as the 72nd Aviation Magic Band as their official name is a mouthful. Not to mention that they don’t act like the usual Joint Fighter Wing as they’re not armed with anti-Neuroi weaponry.

So first off, it’s time for Aila Paivikki Linnamaa and Eleonore Giovanna “Ellie” Gassion to perform a duet as they’re the best singers within the squadron. 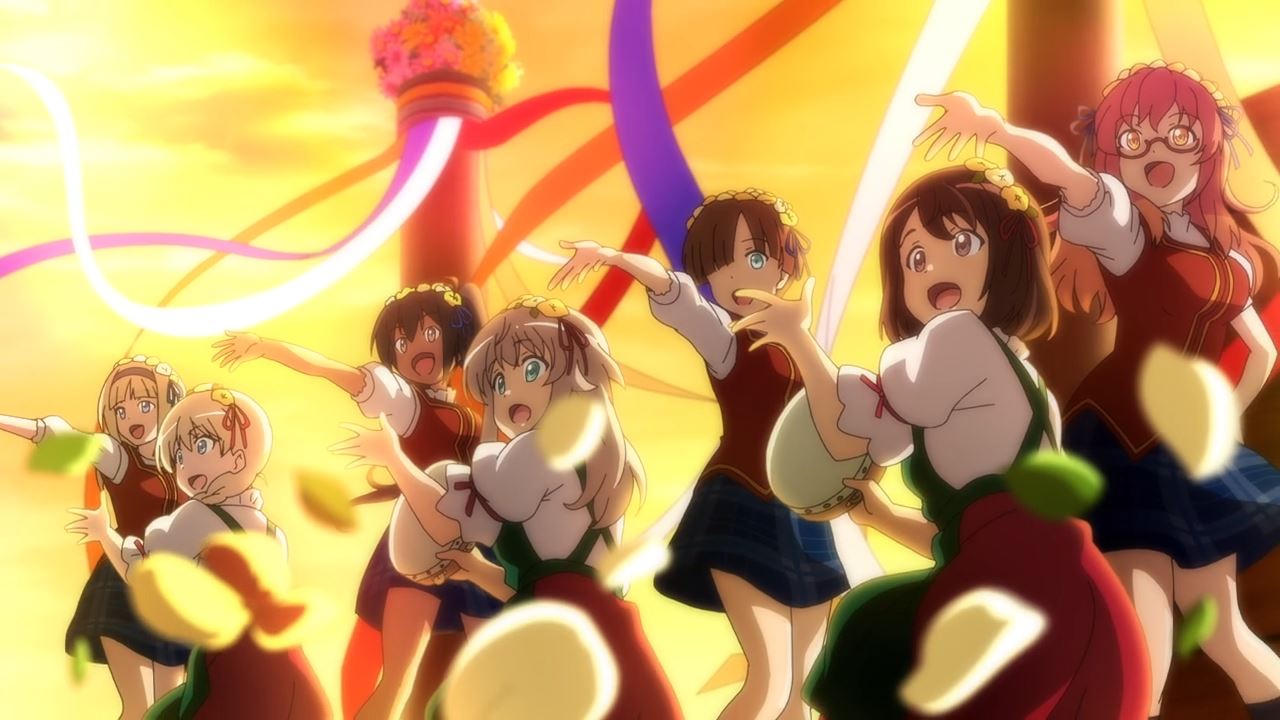 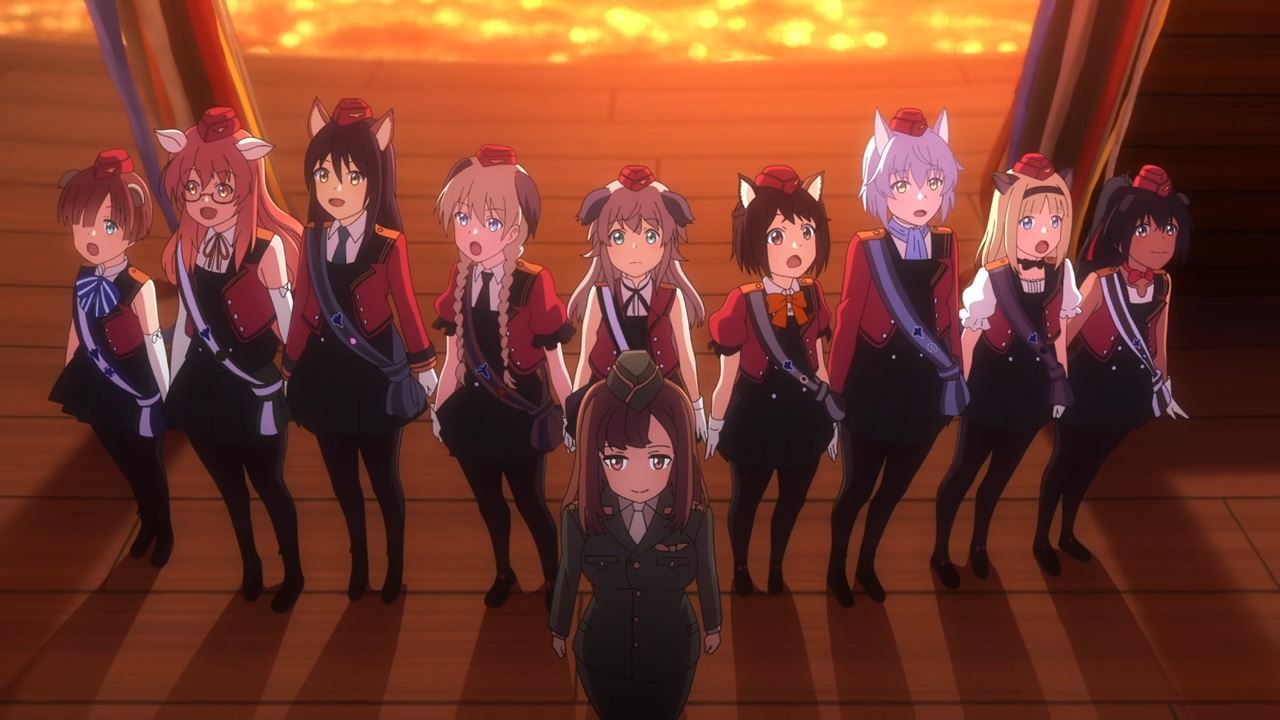 Now, it’s time for the big finale where Commander Grace Maitland “Gracie” Steward introduce the entire music squadron in front of the villagers, complete with matching uniforms which is very surprising to see. 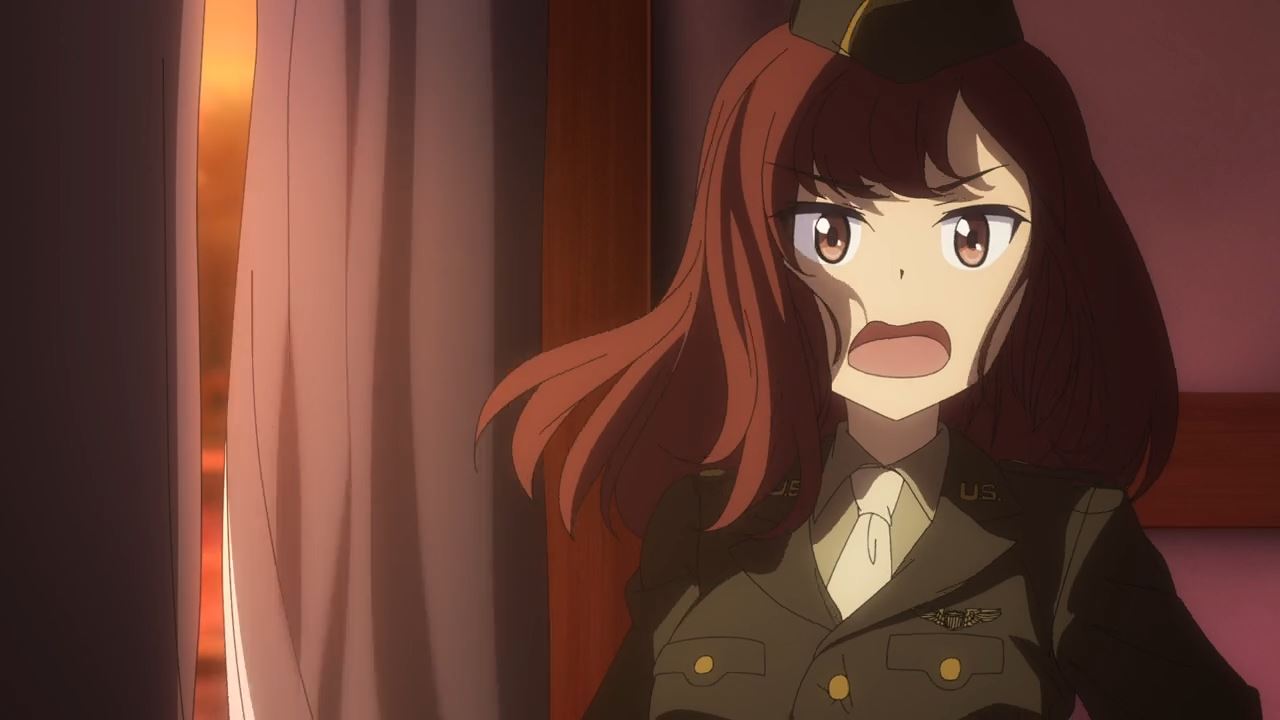 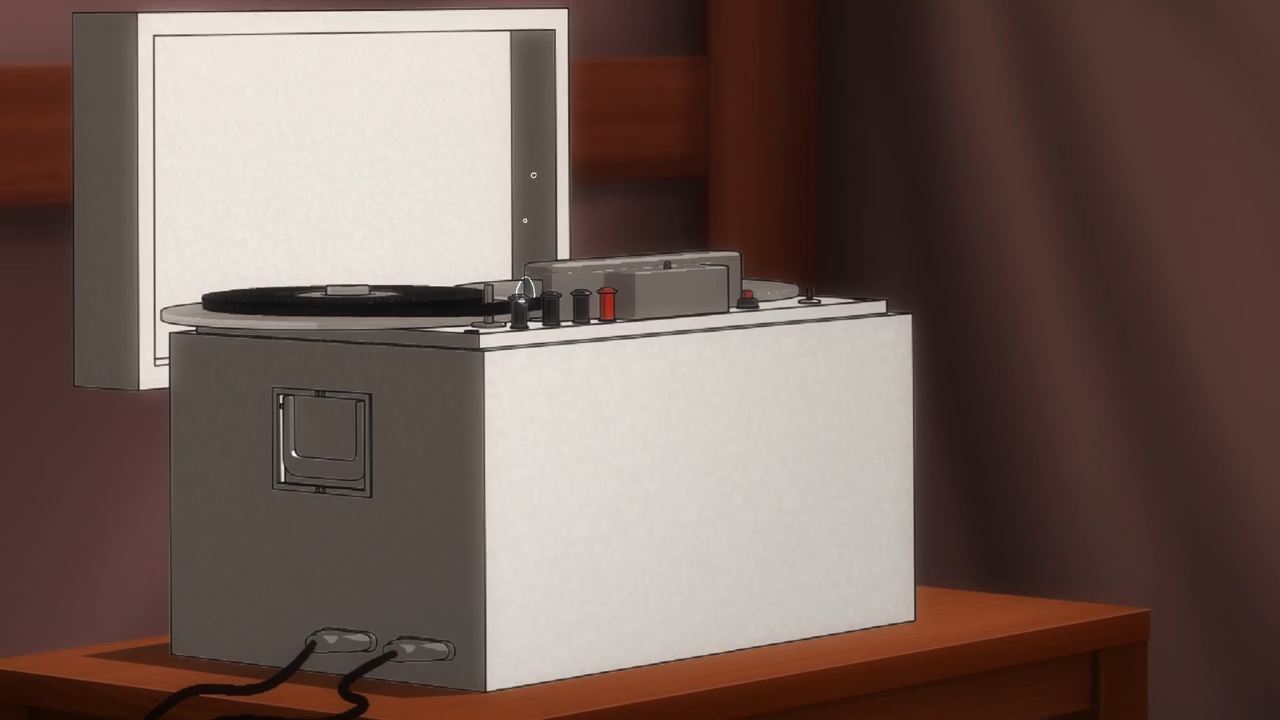 Unfortunately, Commander Gracie encountered some technical issues where the recorder got soaked in the rain.

Oh yeah, I forgot that there’s rain earlier but looks like they can’t perform without some background music. 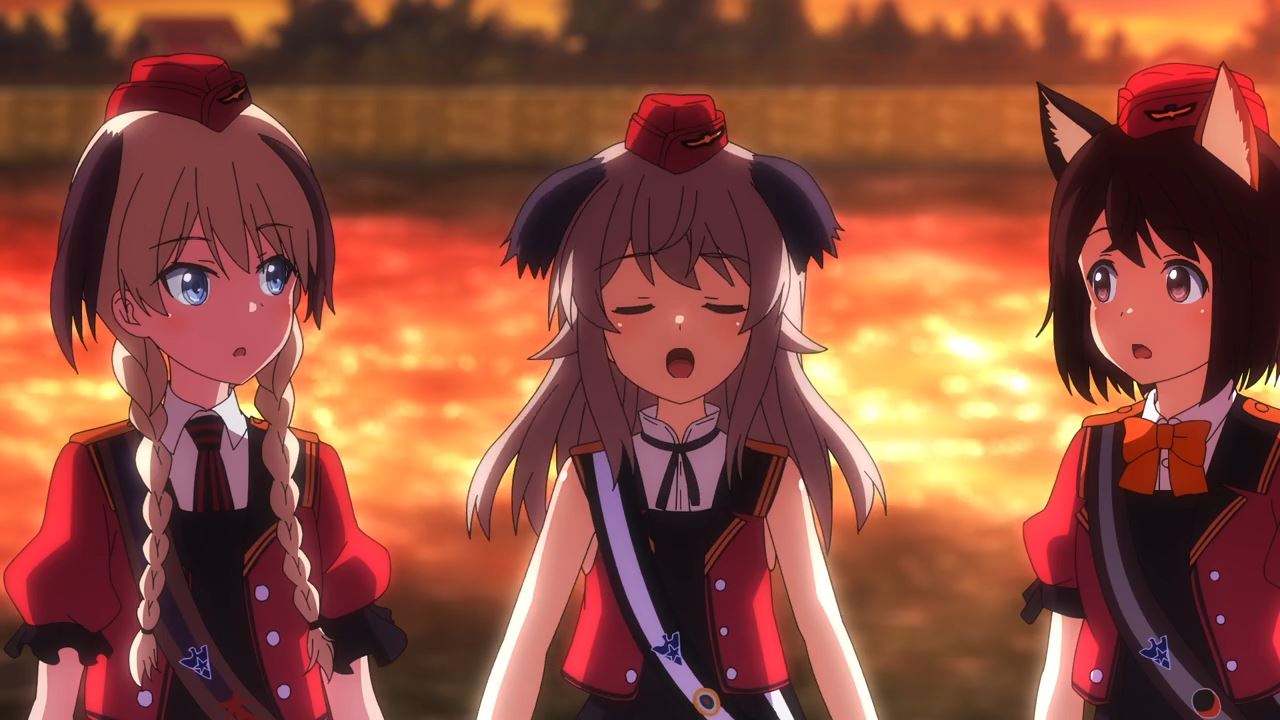 But, Virginia Robertson decides to start it anyway with an acapella. All I can say is that despite having issues, Ginny is the light that guides the entire group. 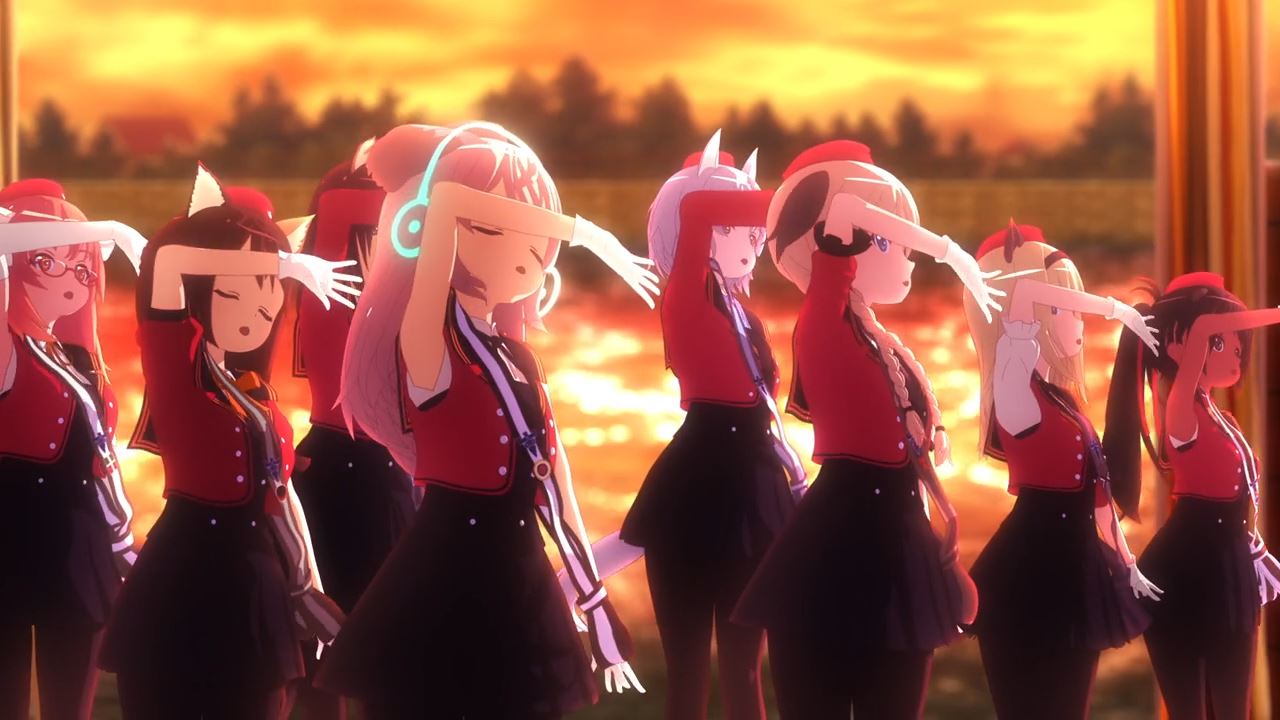 And now, it’s time to bring in the CGI scene where Ginny and the rest are performing their first song together titled “Let’s Sing a Song”.

Sure that the song title doesn’t spark any imagination, but it’s mind-blowing that there’s idol music in the 40’s. 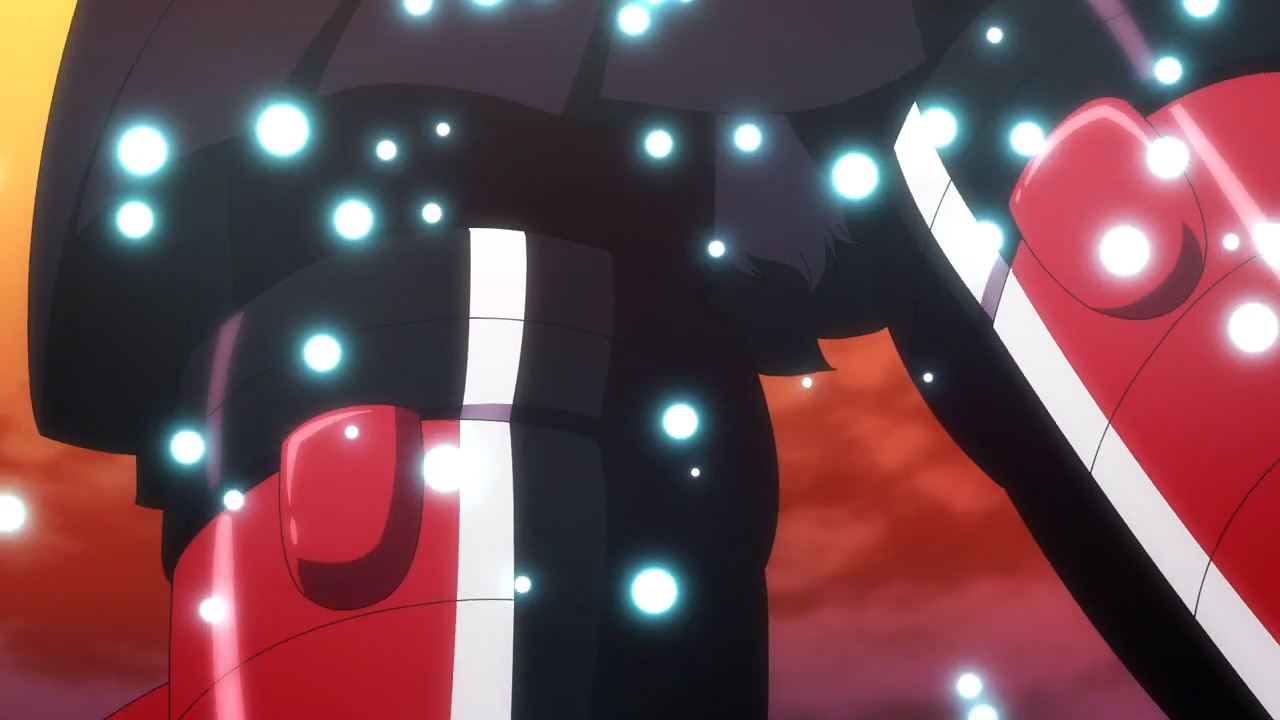 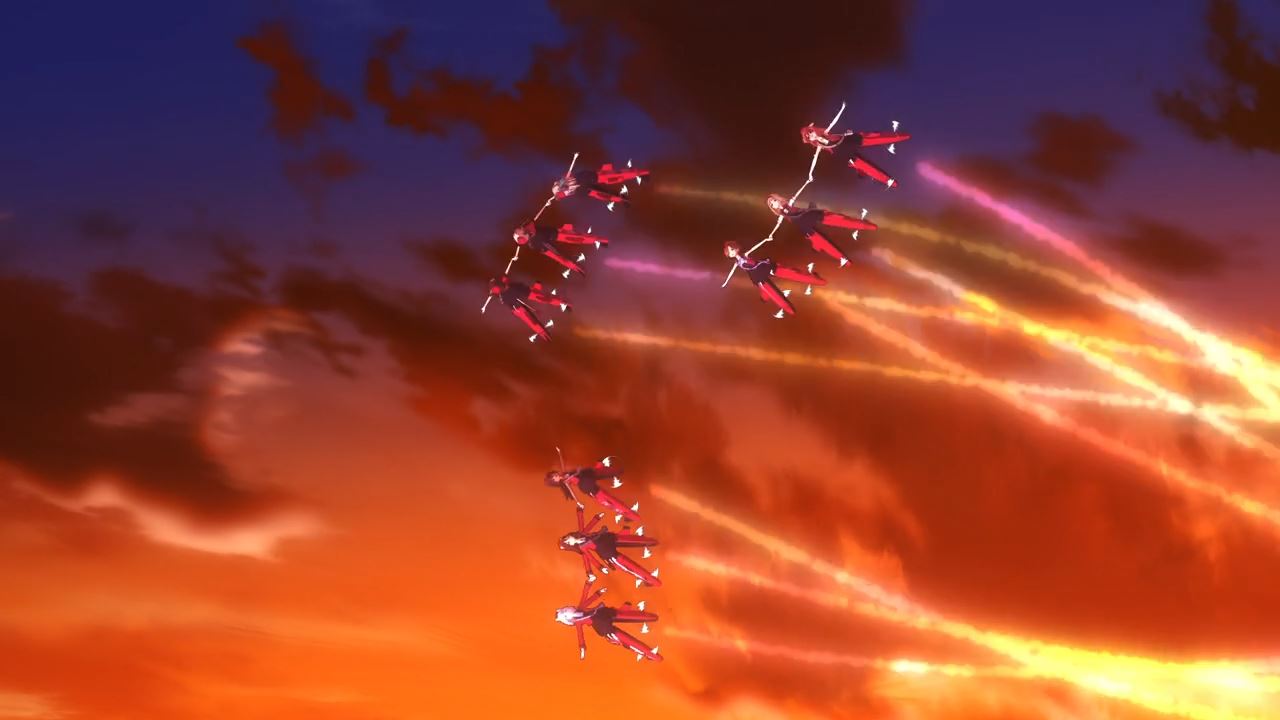 Also, it’s time for these young witches to perform aerobatic maneuvers using their T-6 Striker Units. Look at them go as the girls made a lasting impression towards the villagers. 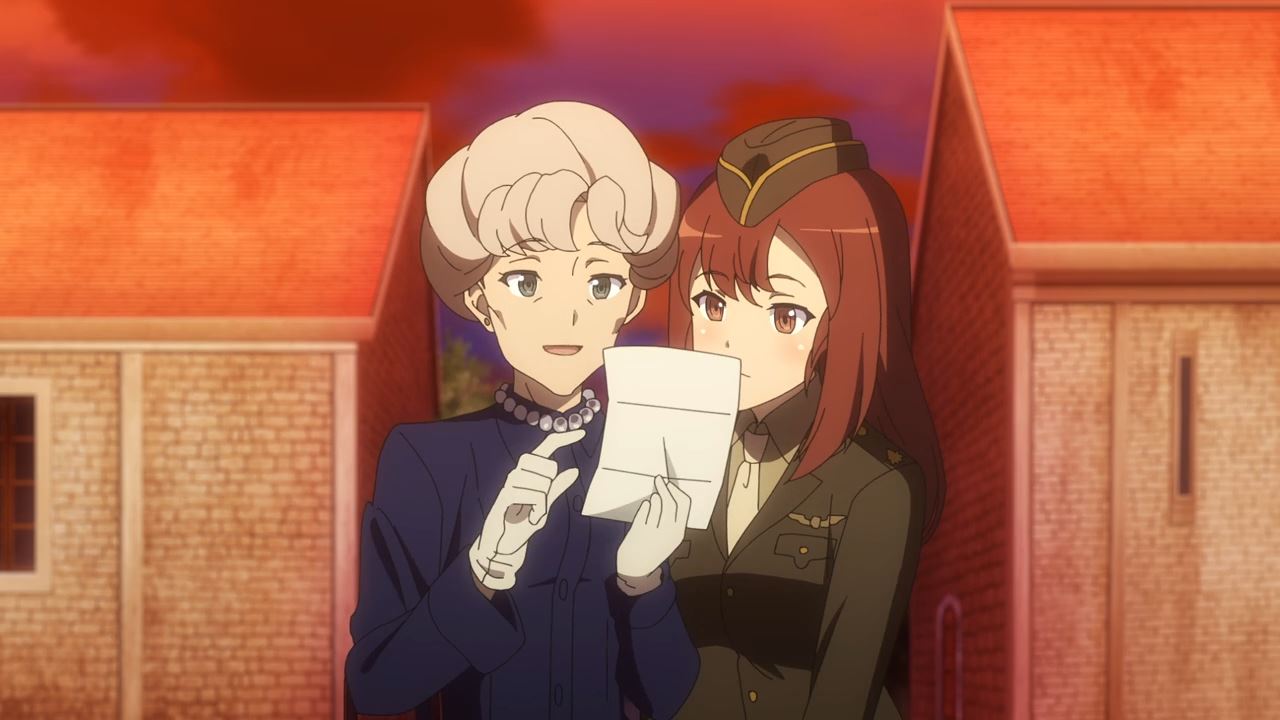 Oh yeah, there’s another person named Felicia Louisa Gresley where she’s convinced that there’s a future for a flying musical band who can bring peace and hope.

Thus, Felicia Louisa Gresley approached Commander Grace Maitland “Gracie” Steward where she’ll help the squadron in touring across the world. Of course, there’s a hefty price tag to pay for a world tour so I hope Commander Gracie can stomach it. 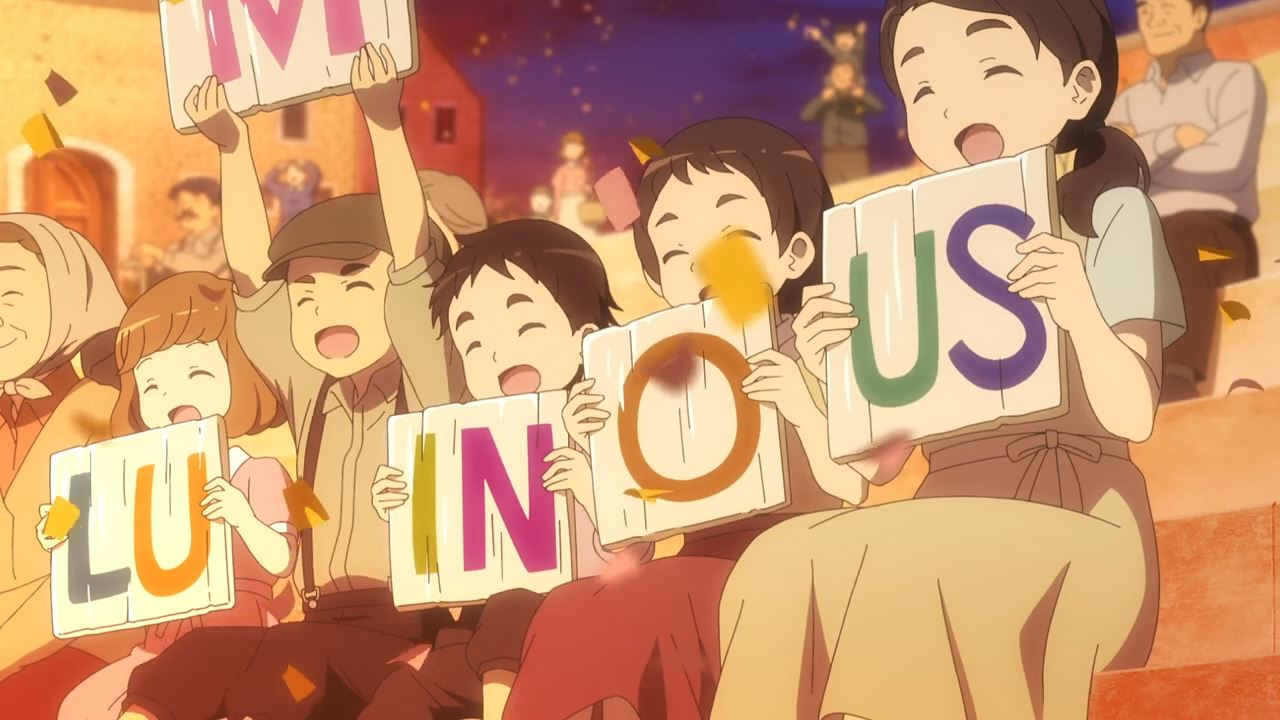 One last thing, looks like the local children decides to call them as Luminous Witches. Even the kids found out that the official name of the musical squadron is really long. 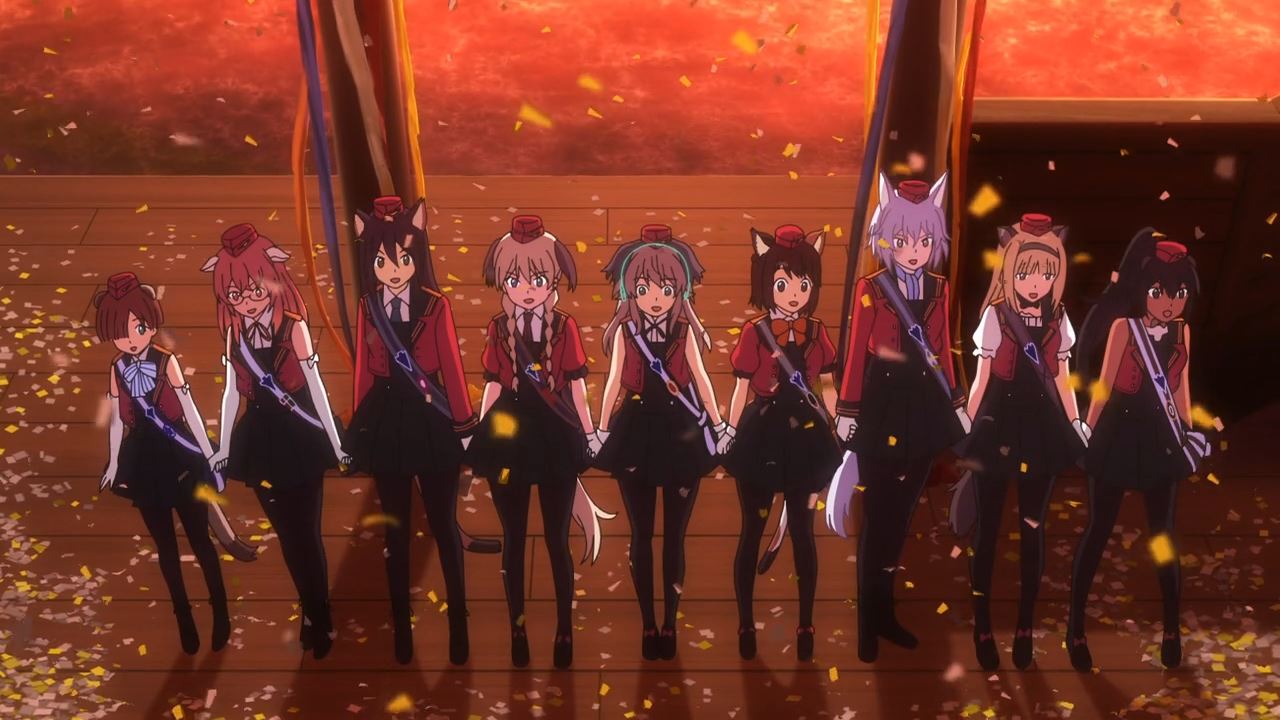 And with that, the 72nd Aviation Magic Band or should I say Luminous Witches have entertained the entire village with their amazing music and aerobatic stunts.

Now, Ginny and the rest will prepare themselves for the world tour starting on the next episode. Let’s hope that the witches will succeed!