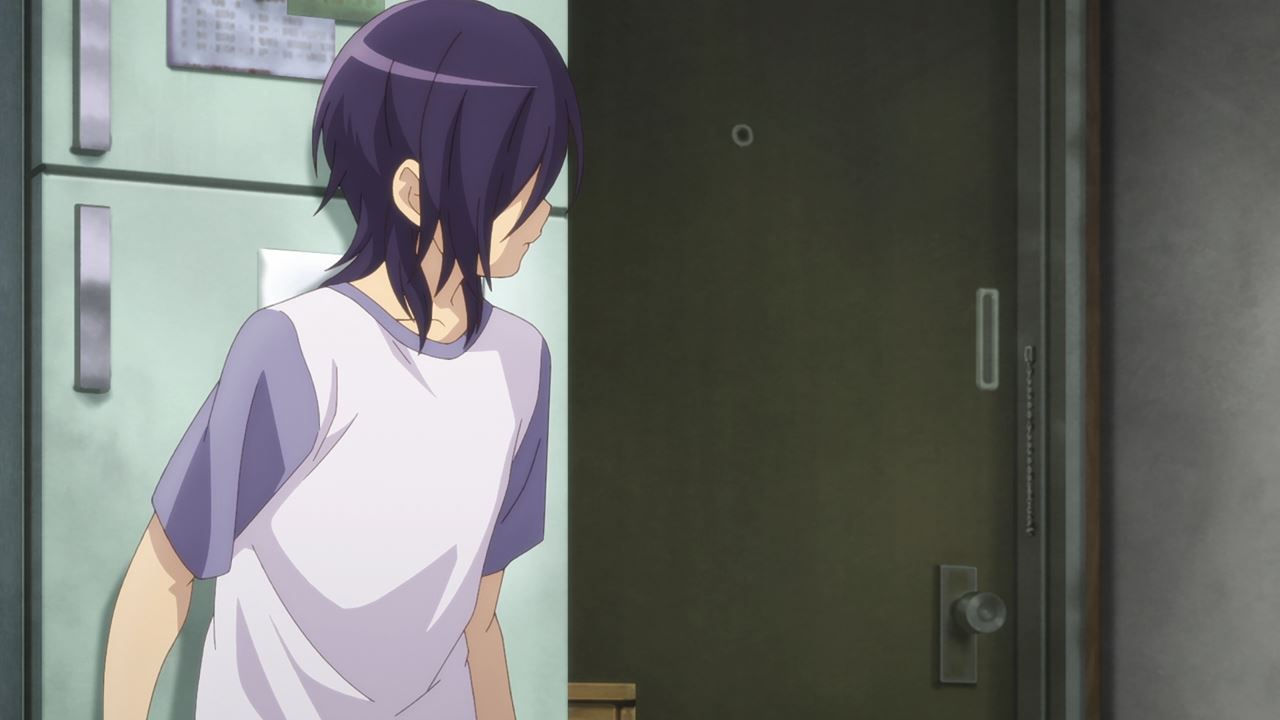 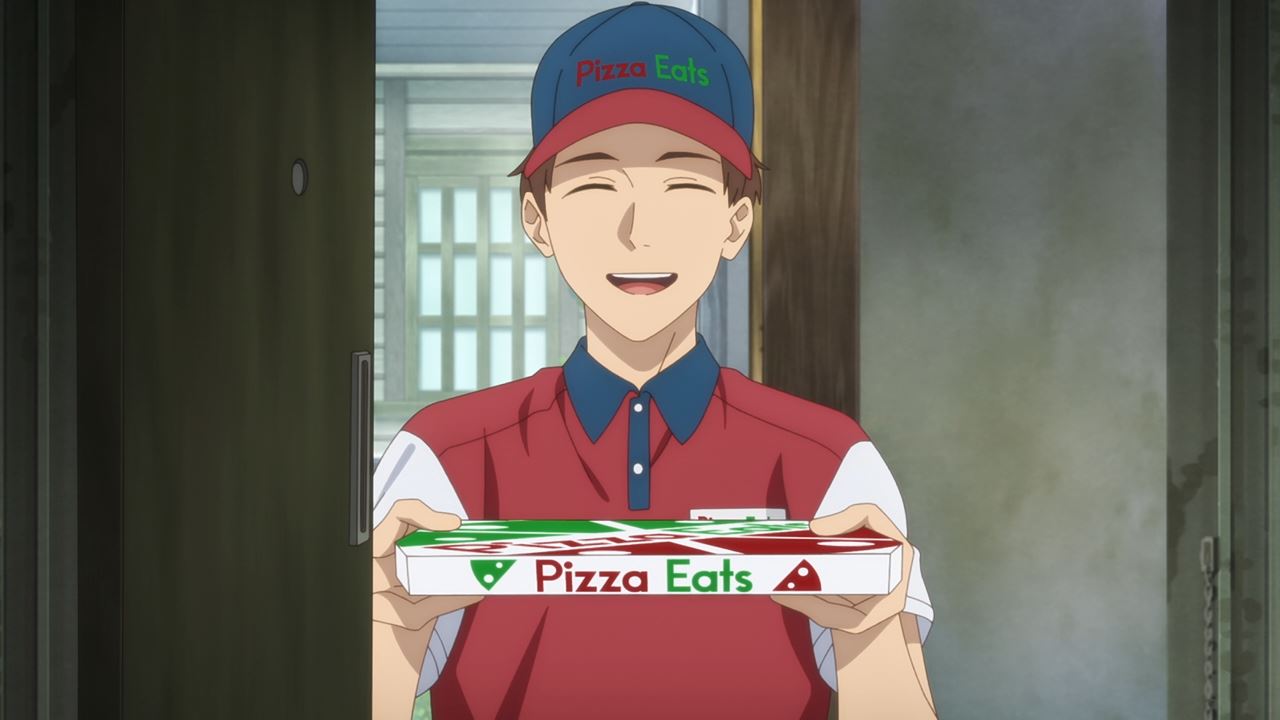 …only to find out that it’s actually the pizza delivery guy. Okay Lucifer, did you order pizza on this episode? 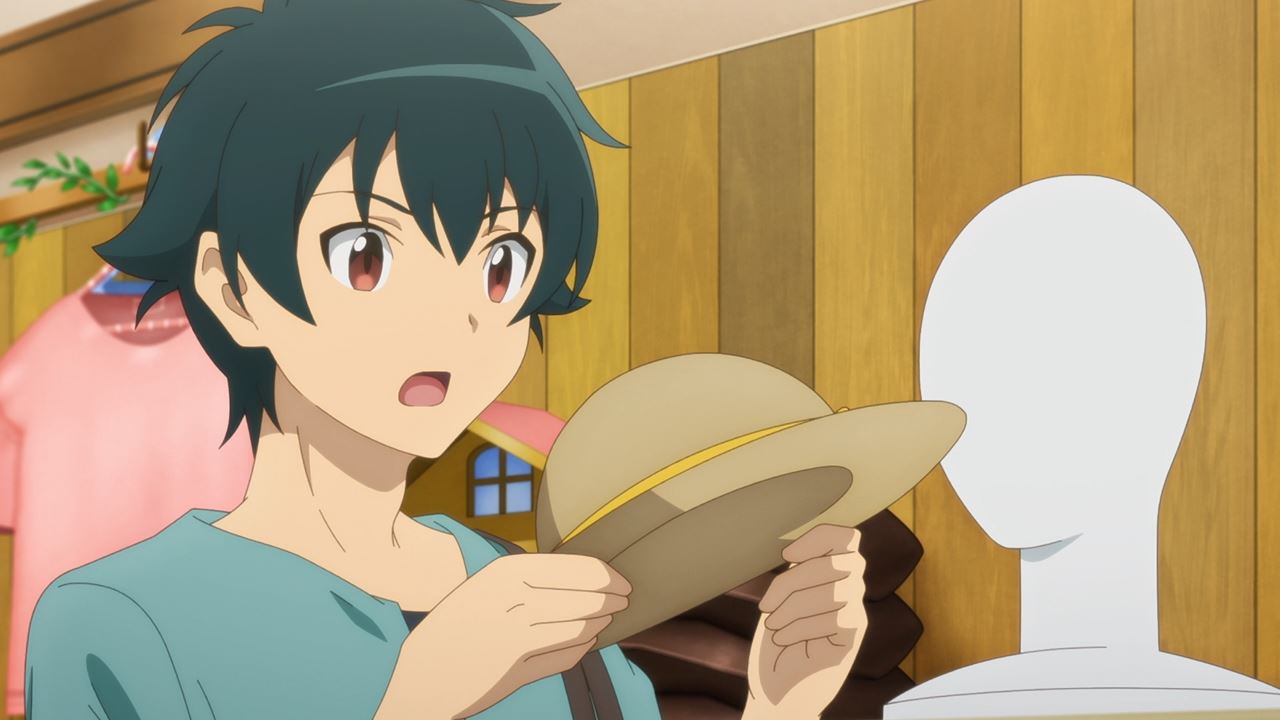 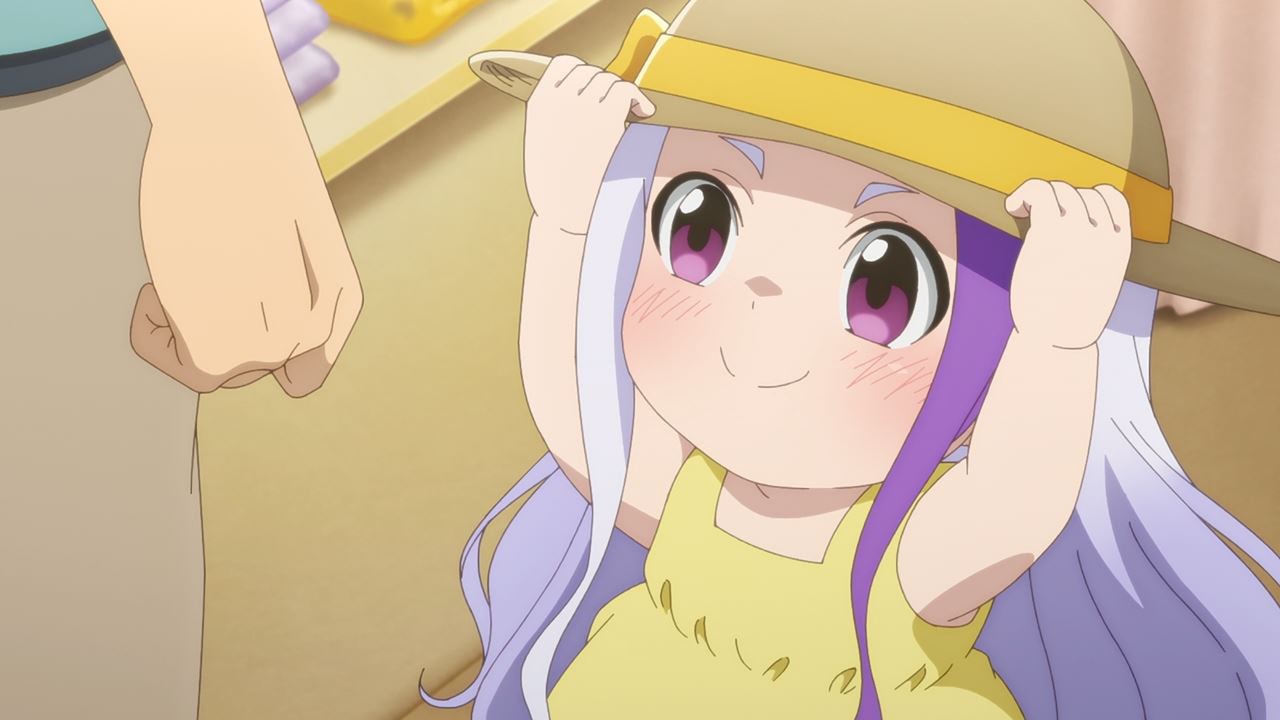 But let’s return to Sadao Maou where he’s at the amusement park together with Emi Yusa and Alas Ramus.

By the way, Maou-san bought a fancy hat to Alas but how much it cost? 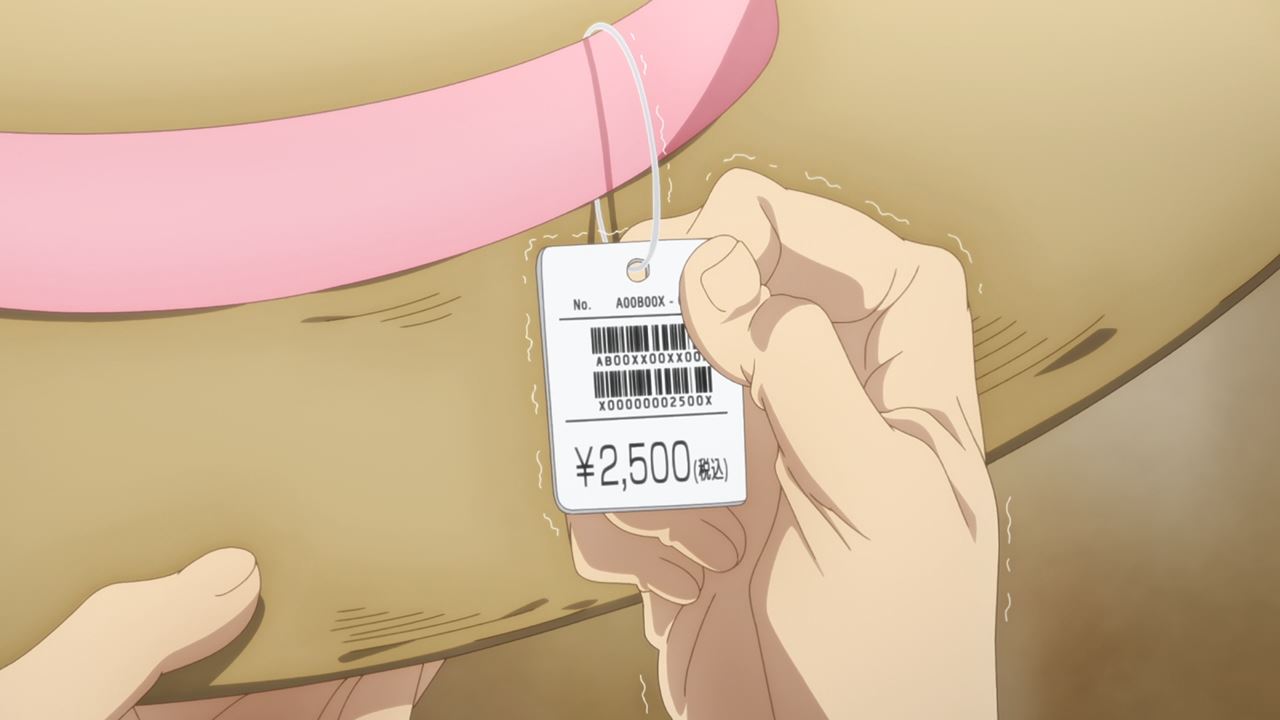 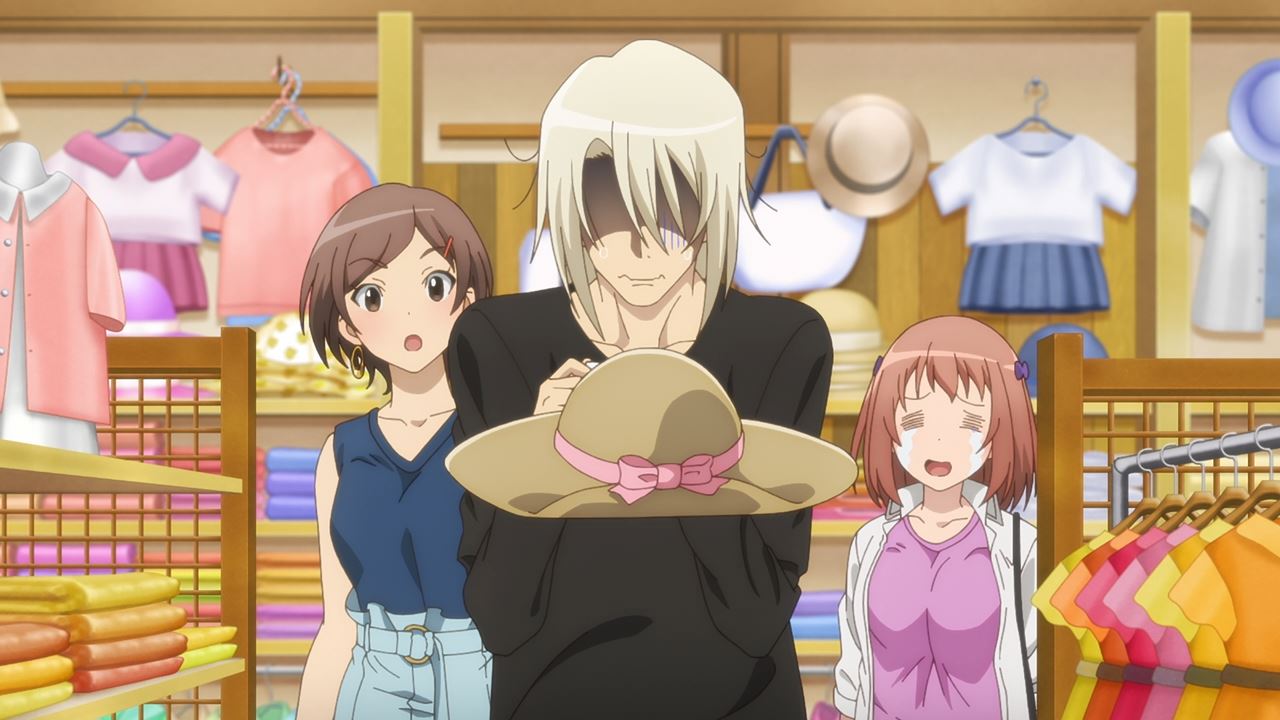 C’mon, Sadao Maou is taking care of the little kid from Ente Isla so he should give a little bit of pampering to Alas Ramus. 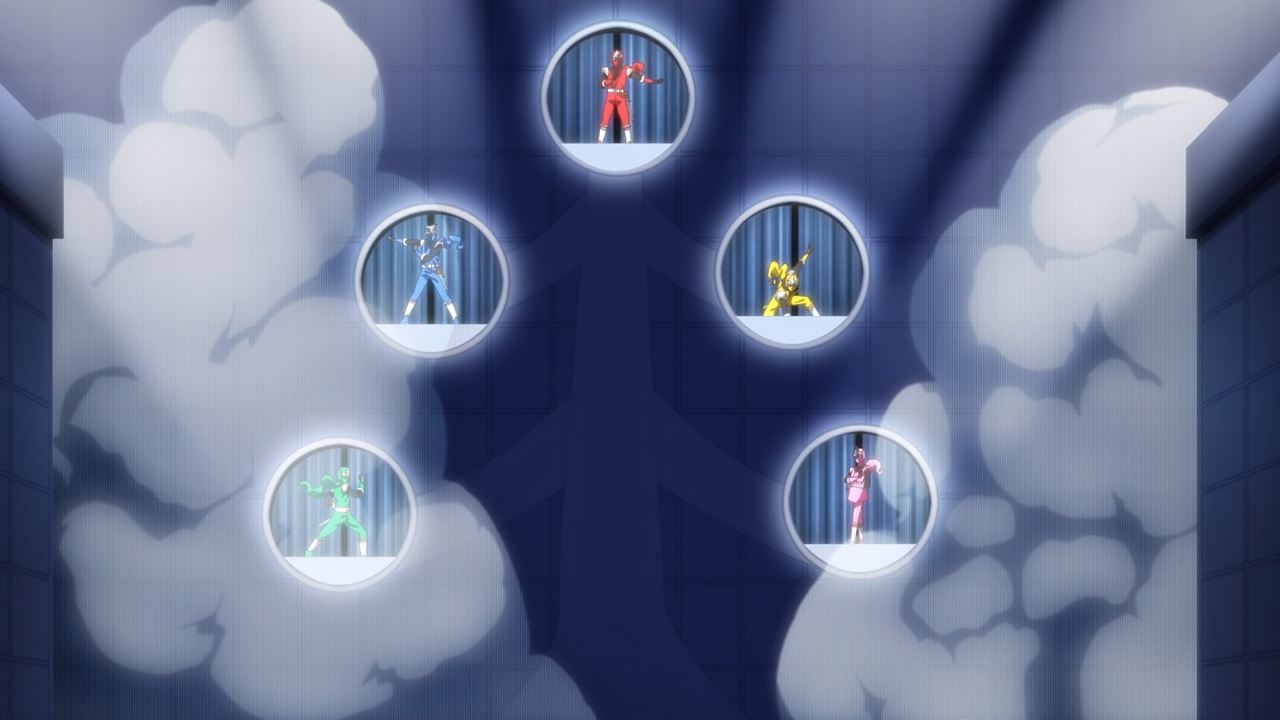 Now then, looks like Maou-san, Yusa, and Alas-chan went to the theater to see the stage performance of Shinobi Five, a Super Sentai-esque show. Yes, the tickets are pretty expensive but this is for Alas Ramus. 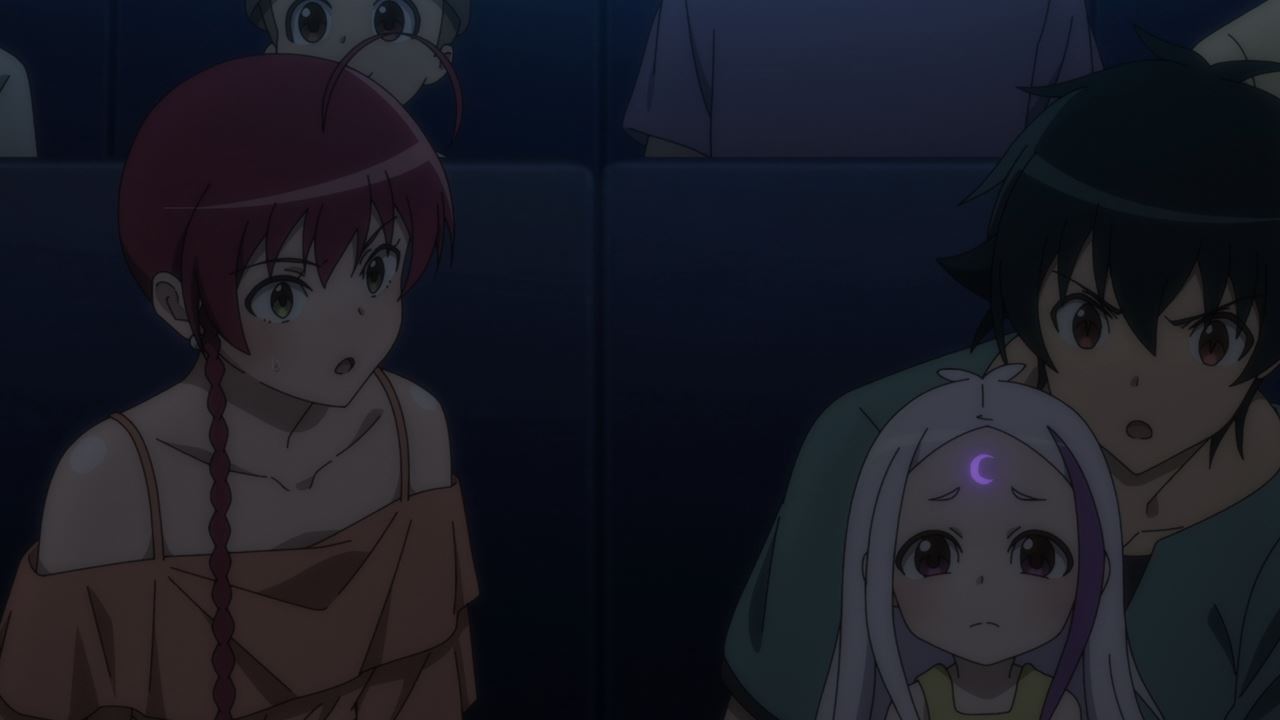 But speaking of Alas Ramus, looks like she’s feeling under the weather today even though she’s looking forward to the show.

In fact, Alas is spouting random words like “Sefio fell” and other stuff. Wait, is this related to Ente Isla? 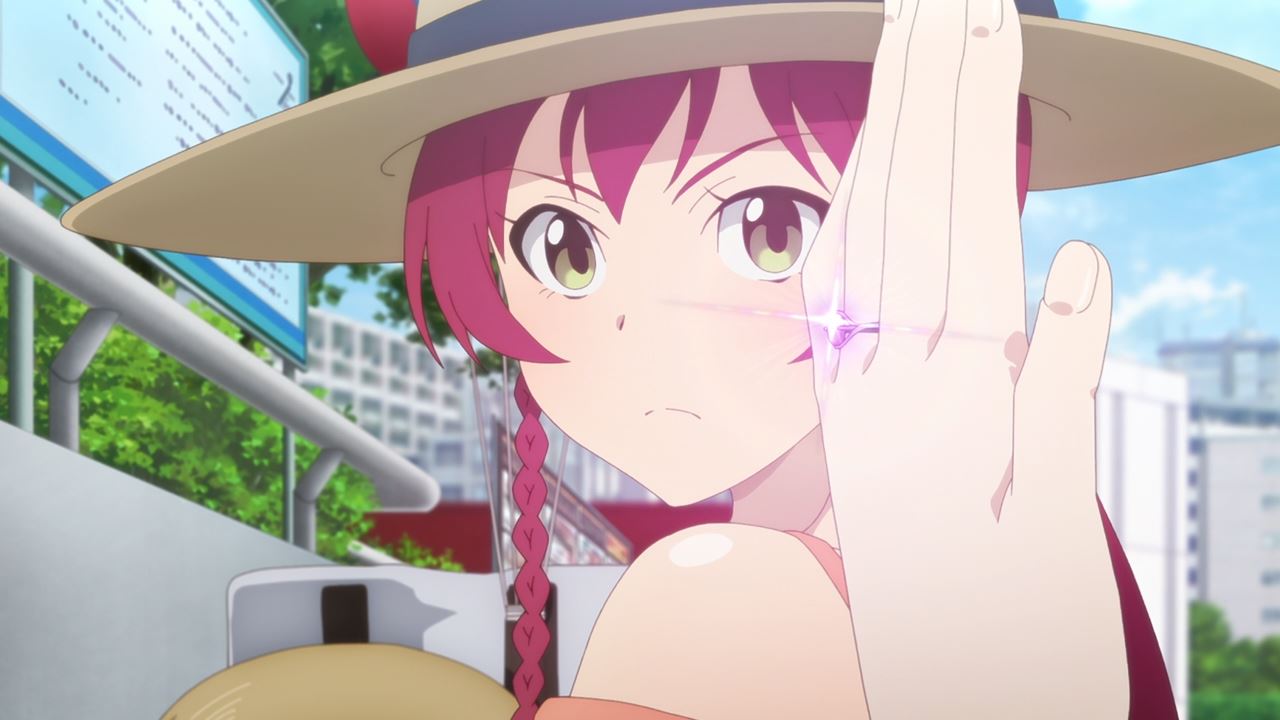 Oh, and it gets even weirder where a mysterious woman uses a ring towards Alas Ramus. 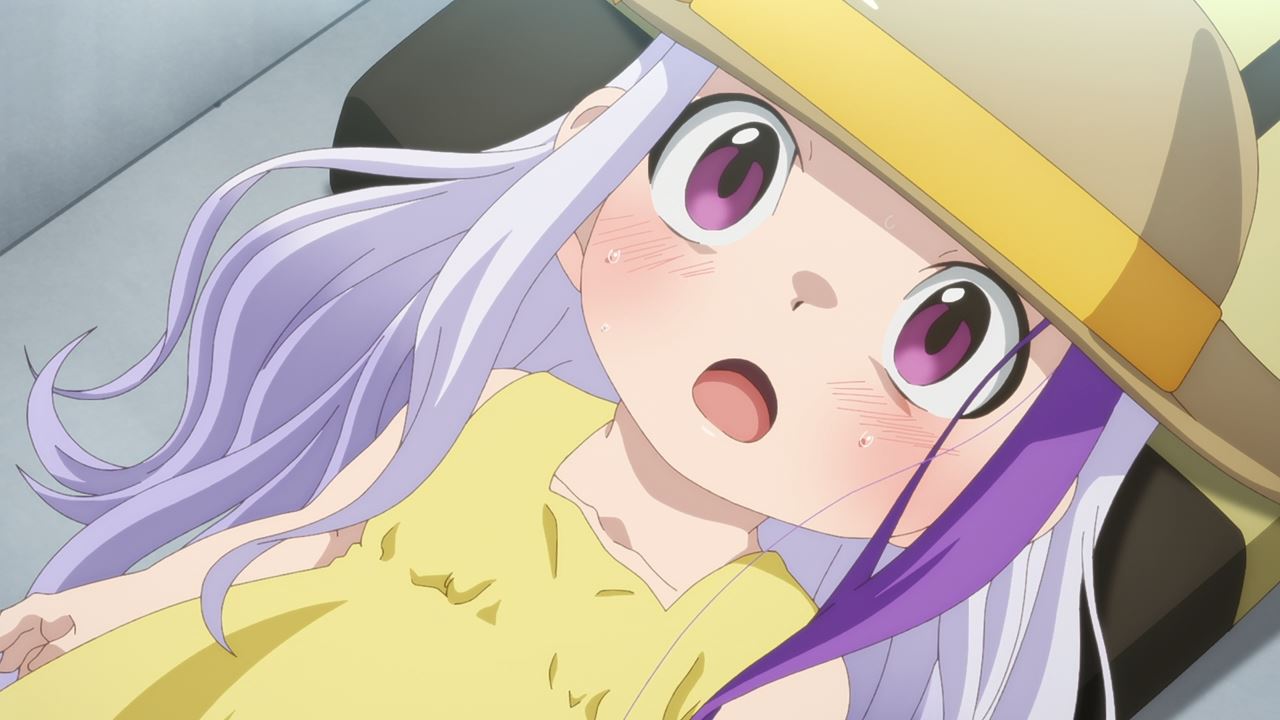 …where the little kid got better. Hmm, I have a feeling that it’s that white-haired woman from the previous episode. 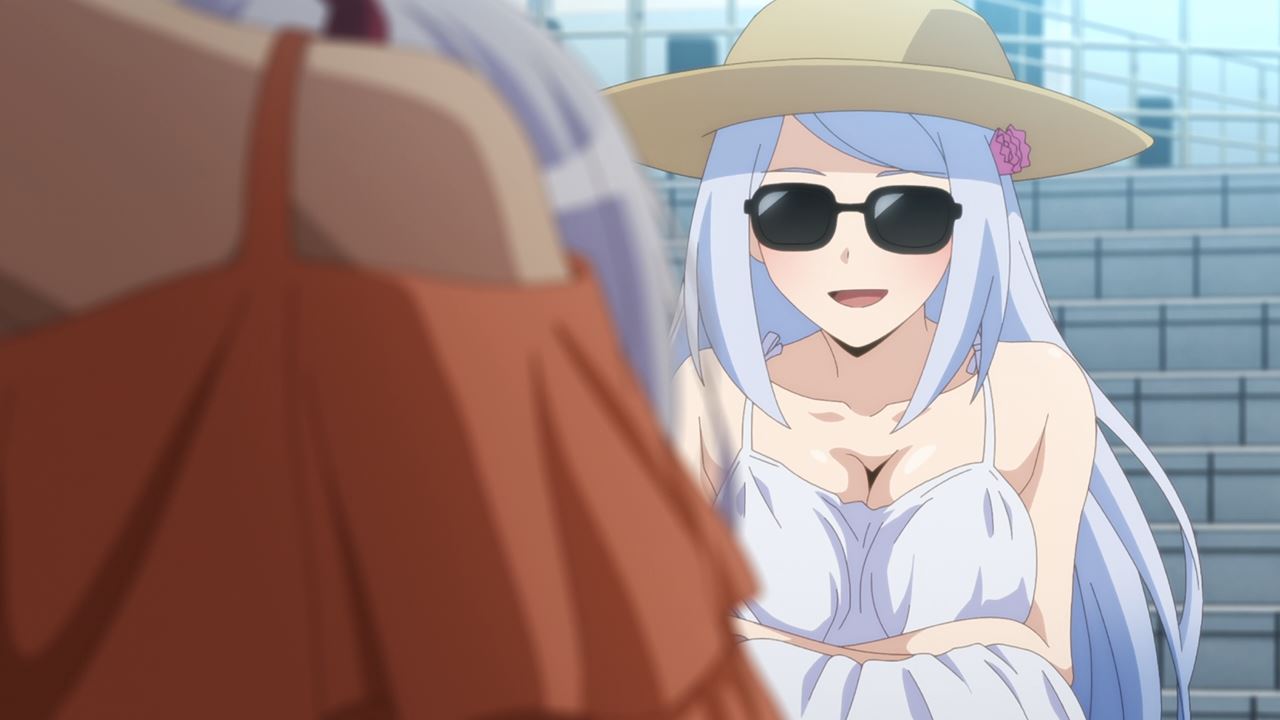 And colored me shocked, she finally showed herself as this mysterious woman told Emi Yusa or Emilia that she’s not an enemy.

In fact, she’s happy that Alas Ramus is still alive as the woman warned Emi that various people are trying to take her due to possessing the shard of Yesod on Alas’ forehead. Oh boy, this is getting complicated. 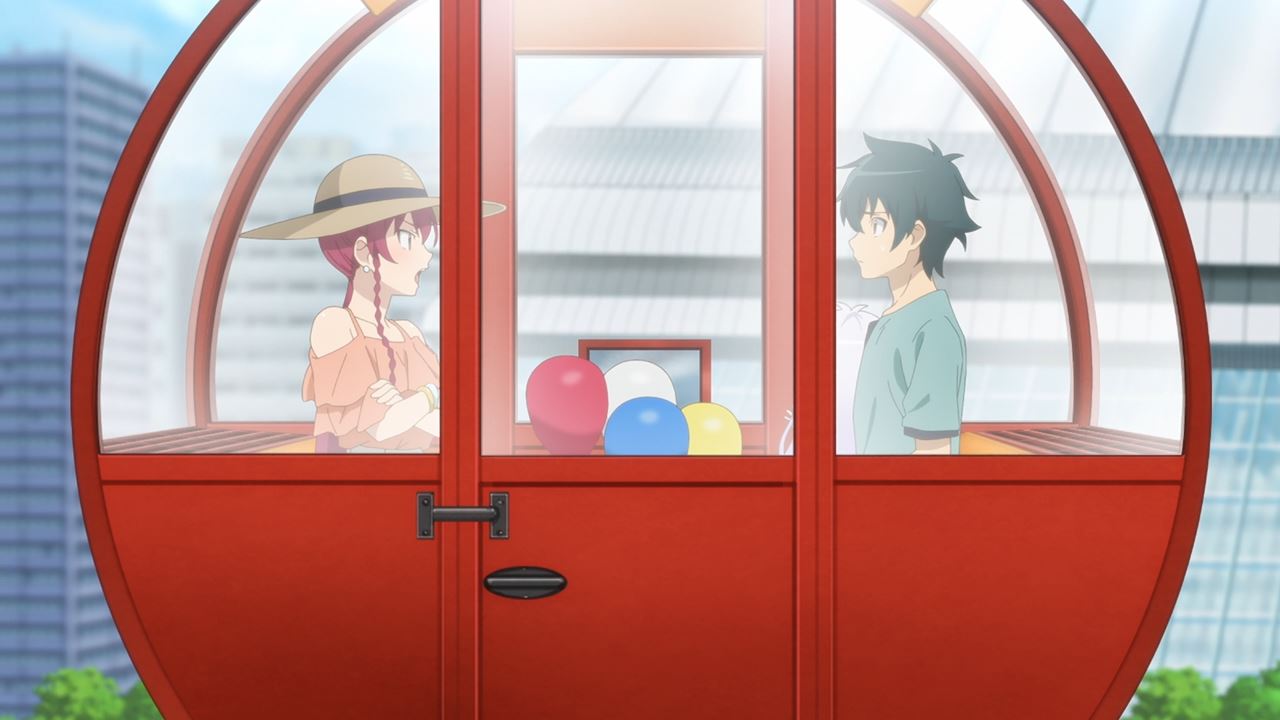 So, it’s time for the hero to ask for an explanation towards the demon lord where Emilia suspects that Satan knows Yesod. 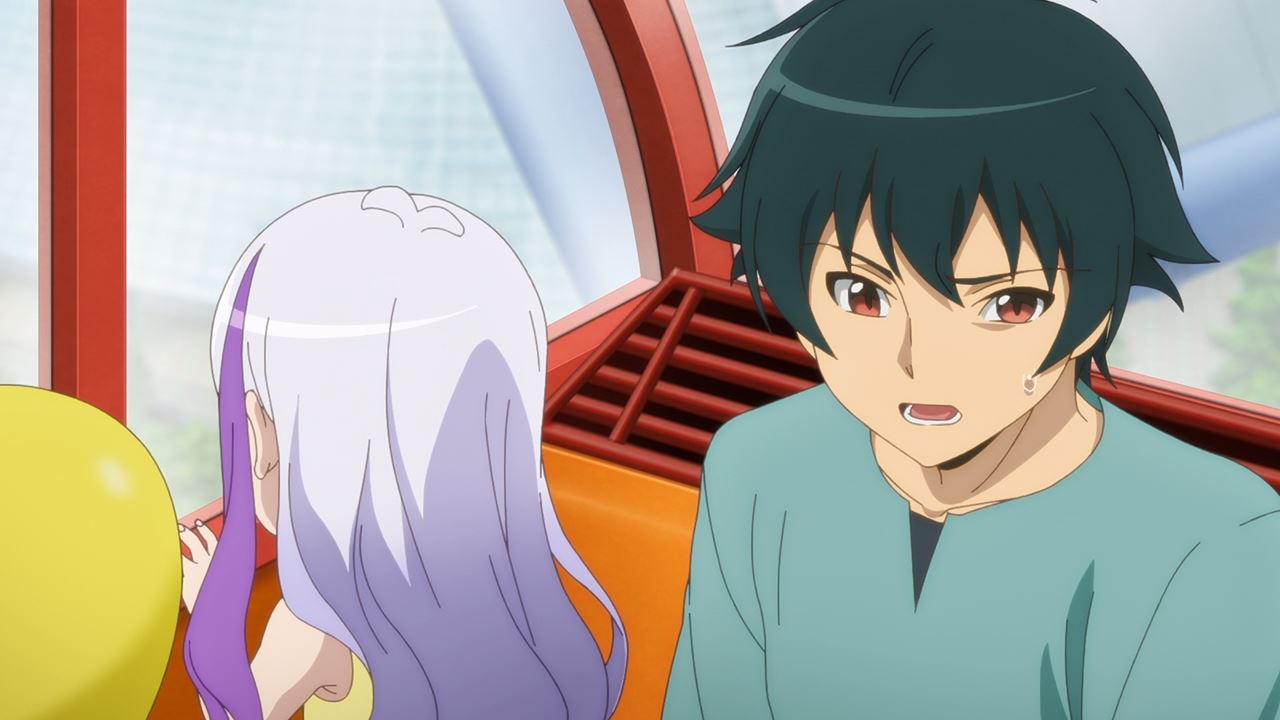 And speaking of Satan or Sadao Maou, he may have some idea regarding the shard of Yesod. In fact, he has some backstory to tell on this episode. 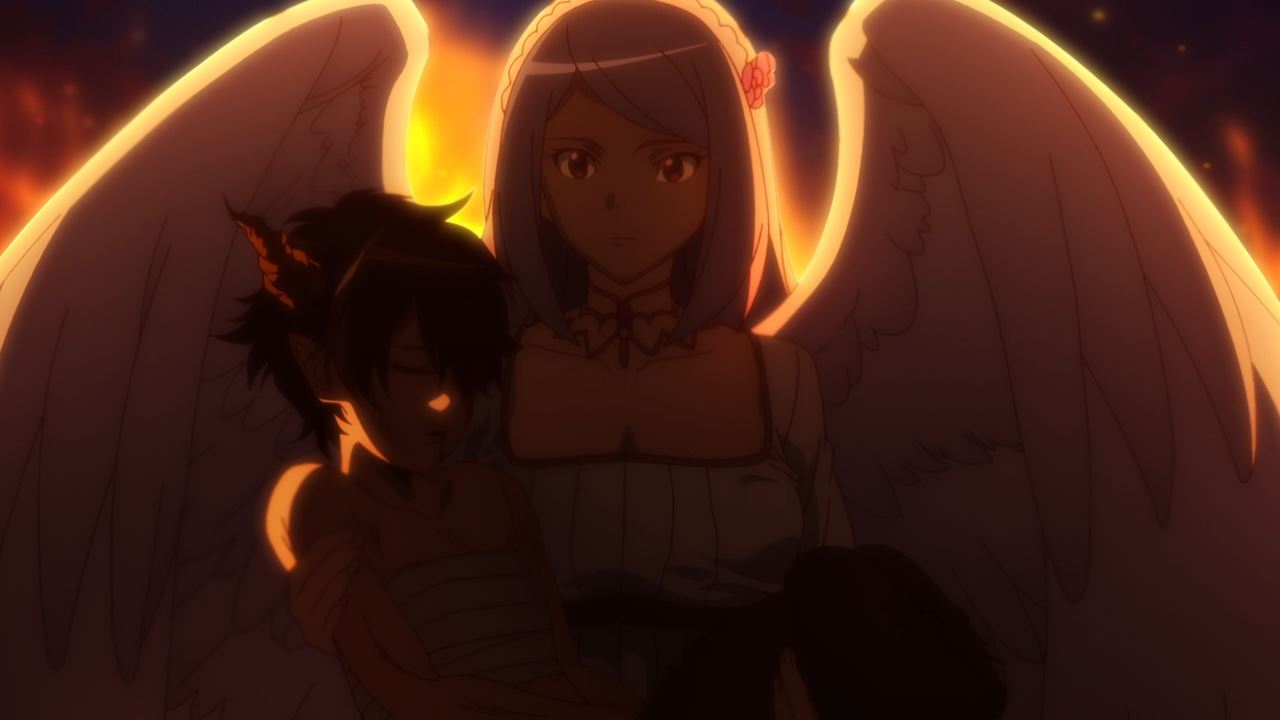 So long before he became the demon lord, Satan Jacob used to be a weakling until a mysterious angel rescued him. Wait, this angel has white hair and a flower hairpin!

Not sure why she saved Satan’s life despite being a demon, but I have a feeling that this white-haired angel wanted to give Satan a chance to become stronger. 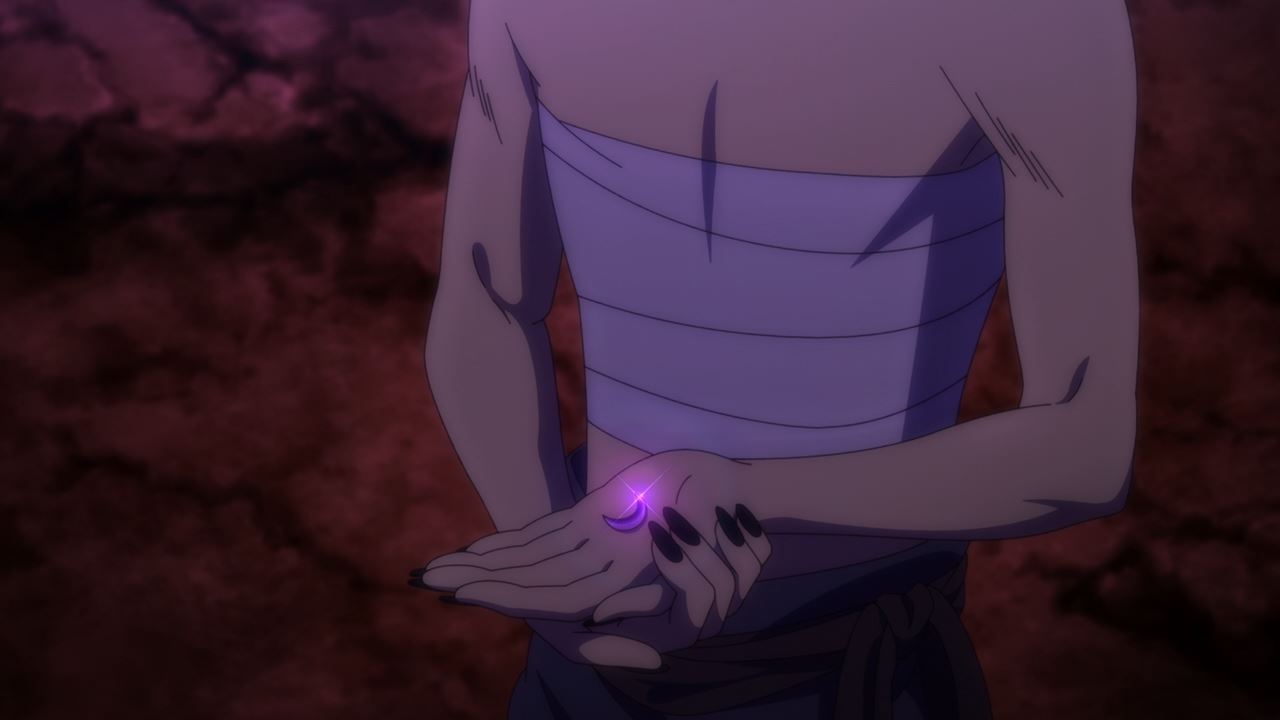 And here’s the thing though, this angel left a moon-shape shard to Satan which resembles that mark on Alas Ramus’ forehead.

Wait a minute, I have a feeling that Satan/Sadao Maou is related to that white-haired woman/angel, especially when he got the shard of Yesod. 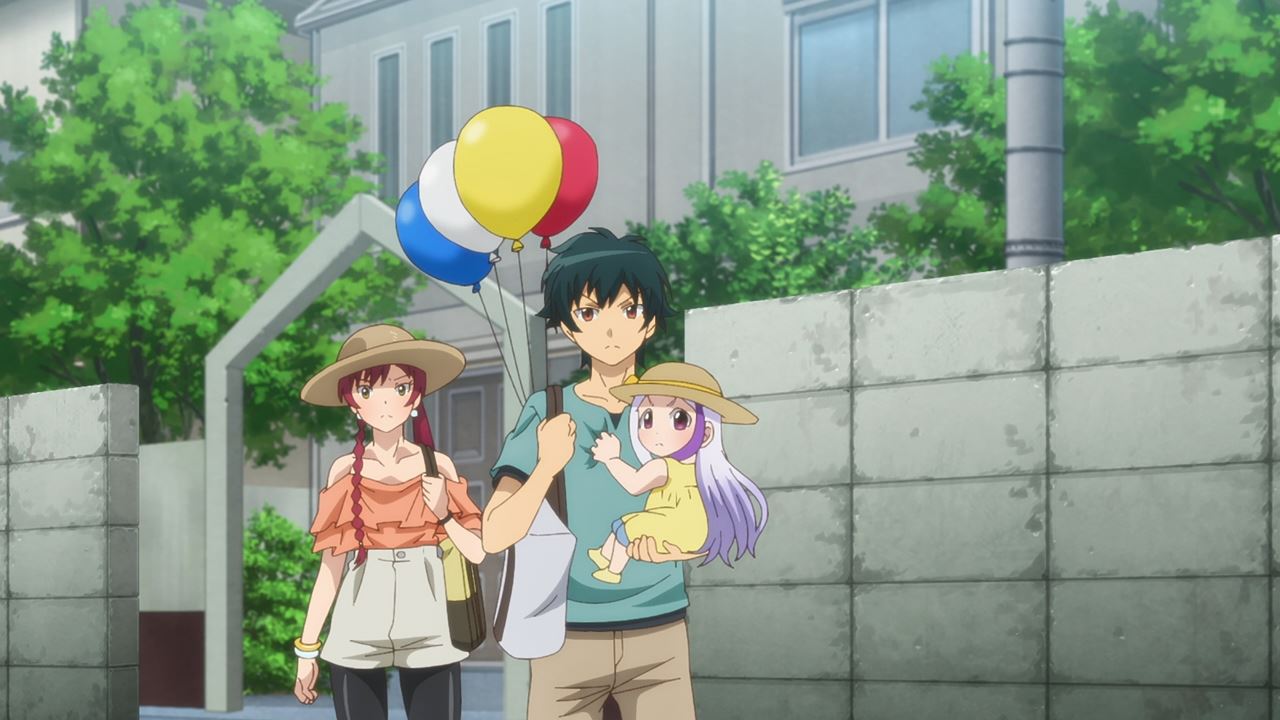 Now then, looks like there’s an emergency as Sadao Maou returned to his apartment together with Emi Yusa and Alas Ramus. 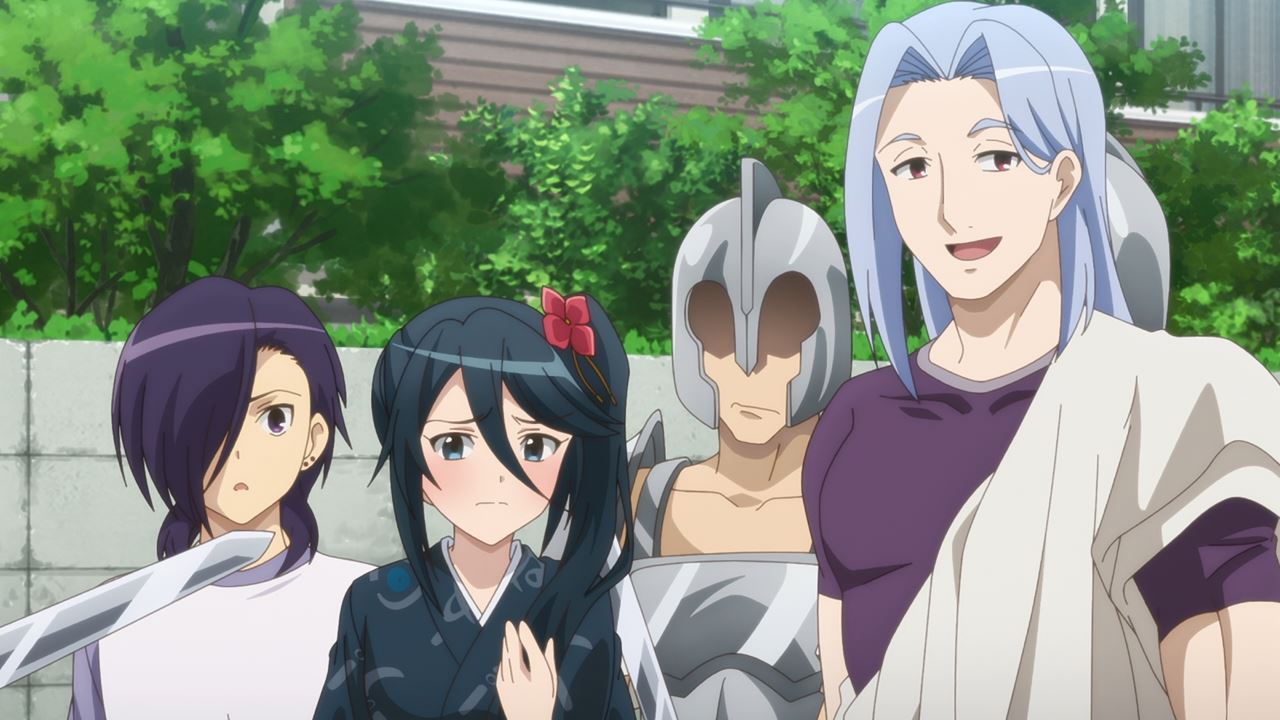 Sadly, it looks like they’re too late as Gabriel and his friends are here to take Alas Ramus in exchange for sparing both Lucifer and Crestia Bell.

Oh yeah, this angel took Lucifer’s pizza but Gabriel will order one should Maou-san hand over the baby to him. Unfortunately, Sadao won’t handle Alas Ramus to Gabriel. 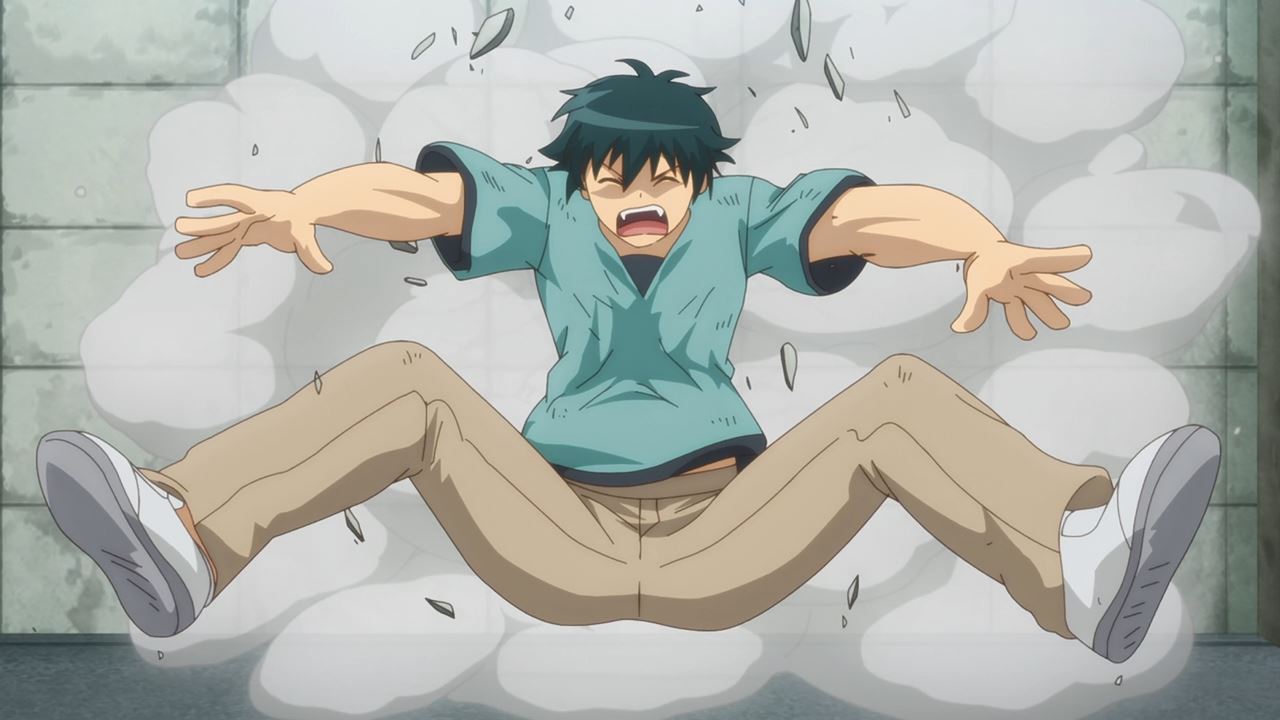 So, Gabriel has no other choice but to use force against the demon lord. While Sadao Maou is still alive, he’s stuck in a rock and a hard place… 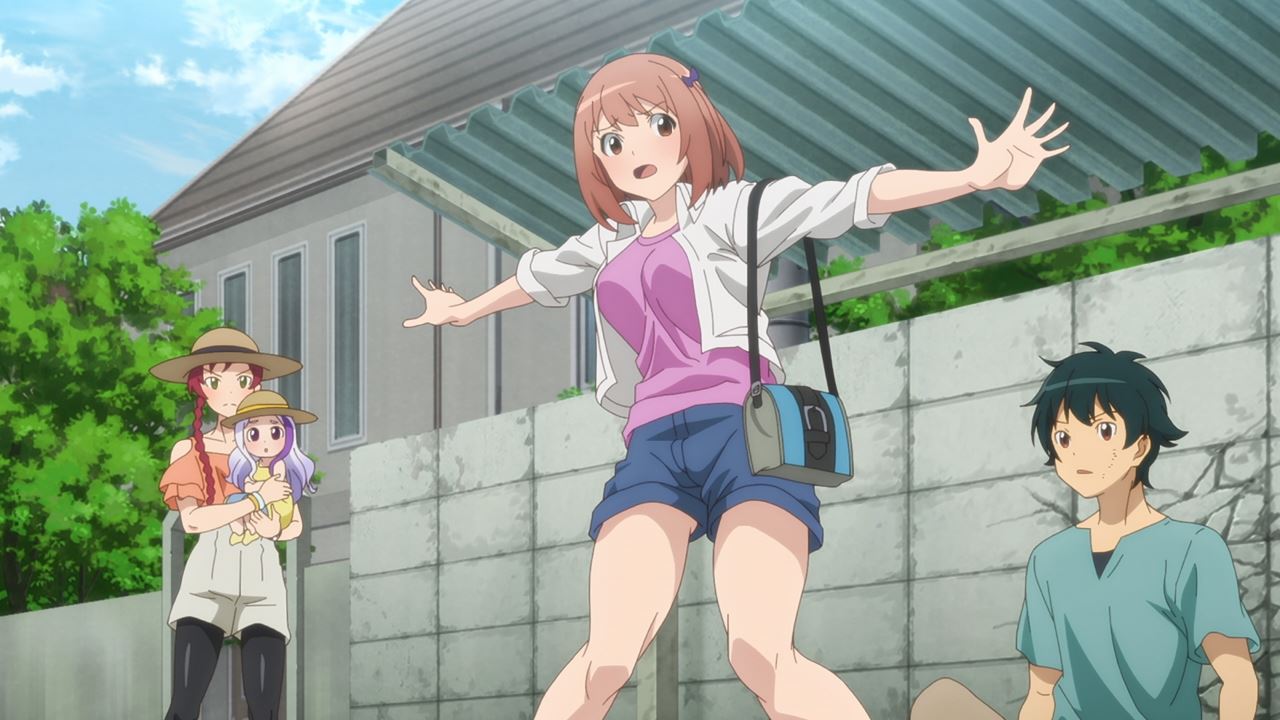 …until Chiho Sasaki arrived where even though she has no idea on who Gabriel is, Chi-chan pleaded to spare Maou-san and don’t take Alas Ramus away. 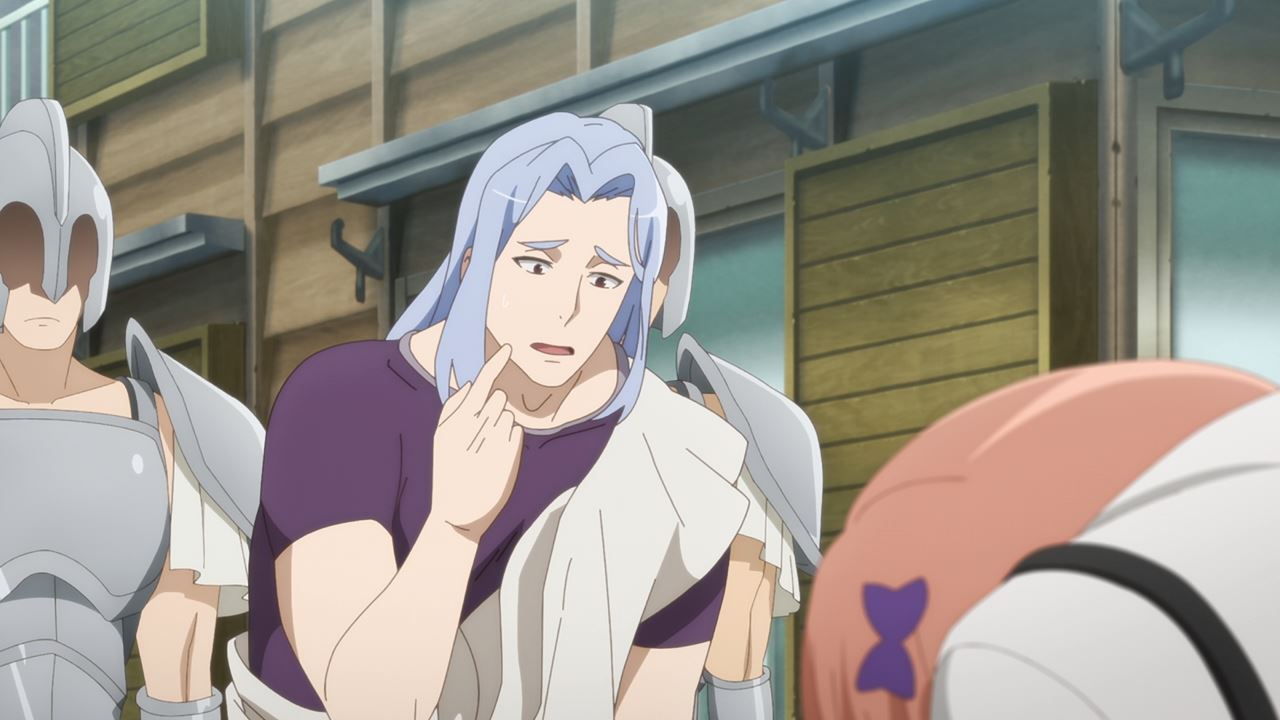 Heck, she even bow towards Gabriel where he’s being painted as the bad guy on this episode. On the flipside though, this character played by Takehito Koyasu is not some asshole.

But anyways, Gabriel and his men will make their retreat for the time being as they’ll return to take the little kid on the next episode. As for Maou-san and his buddies, they’ll have to prepare themselves to stop that angel from taking Alas Ramus!