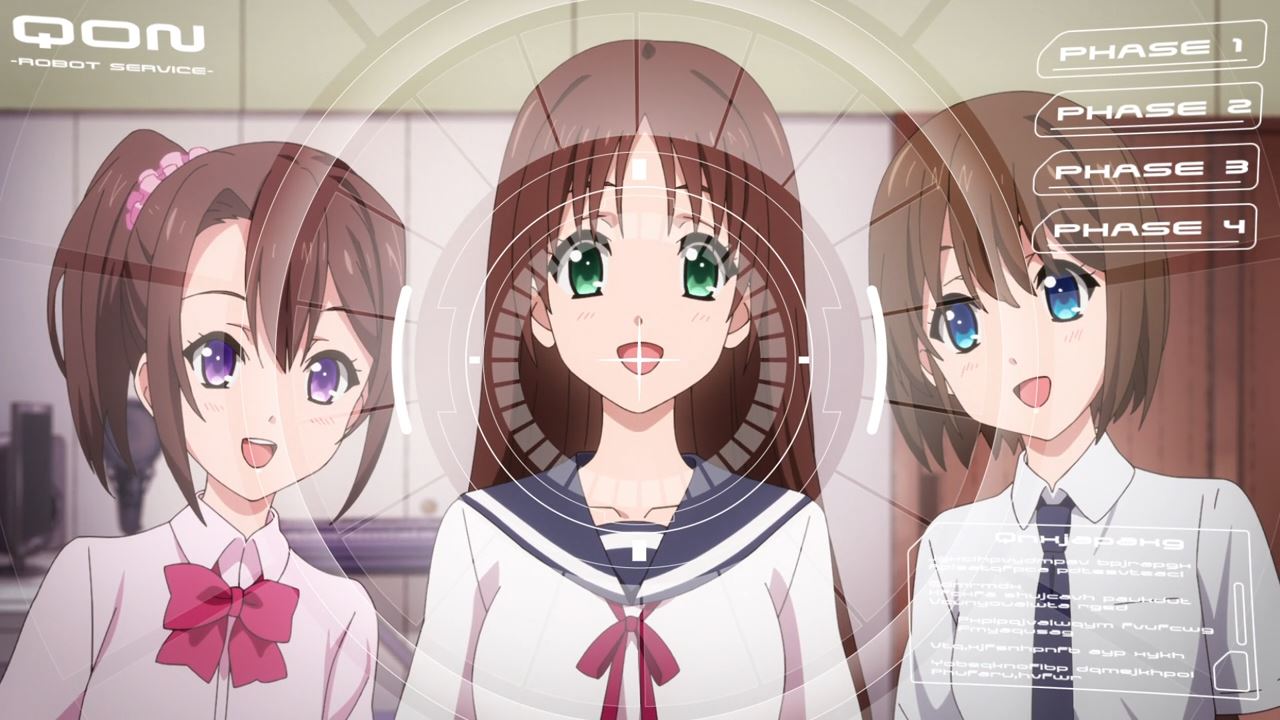 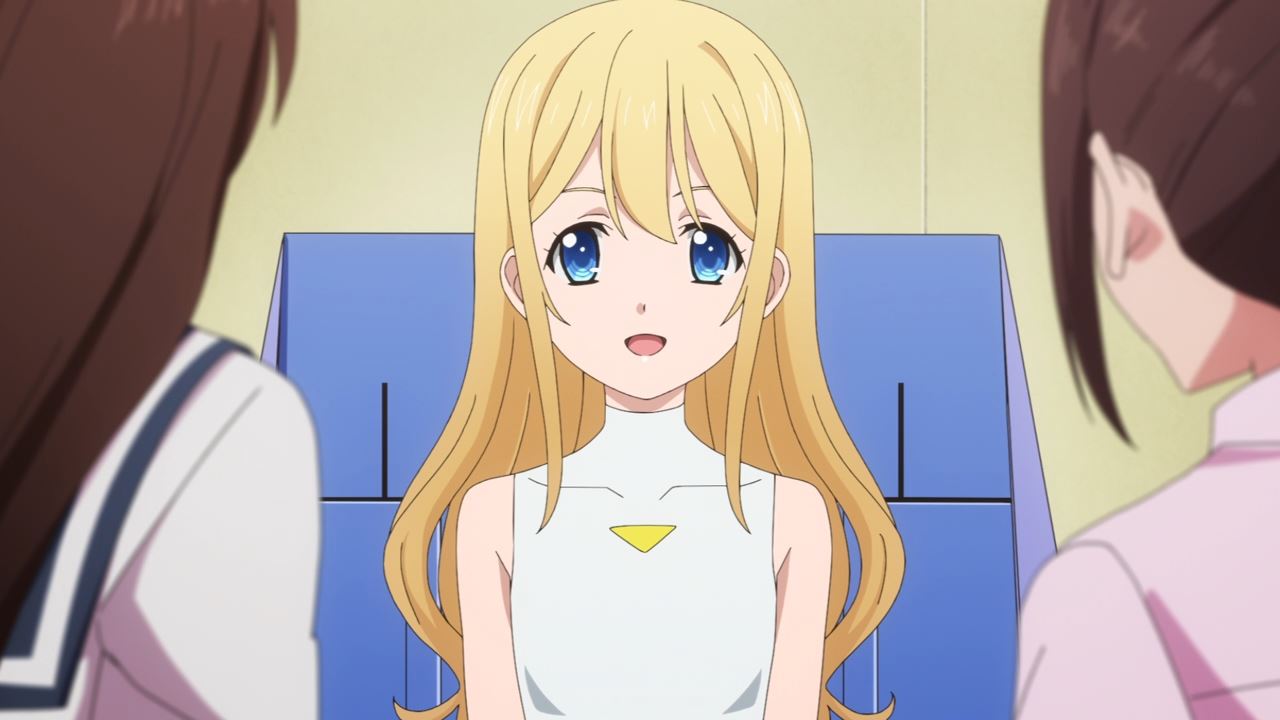 Let’s begin this episode where Rise got a new assistant robot from QON Robot Service named QON-N4CX or Nono for short.

This is their reward for qualifying to the Kanagawa block finals where Hiyori Hayama and the rest are stepping up the plate as they qualify to the national competition. 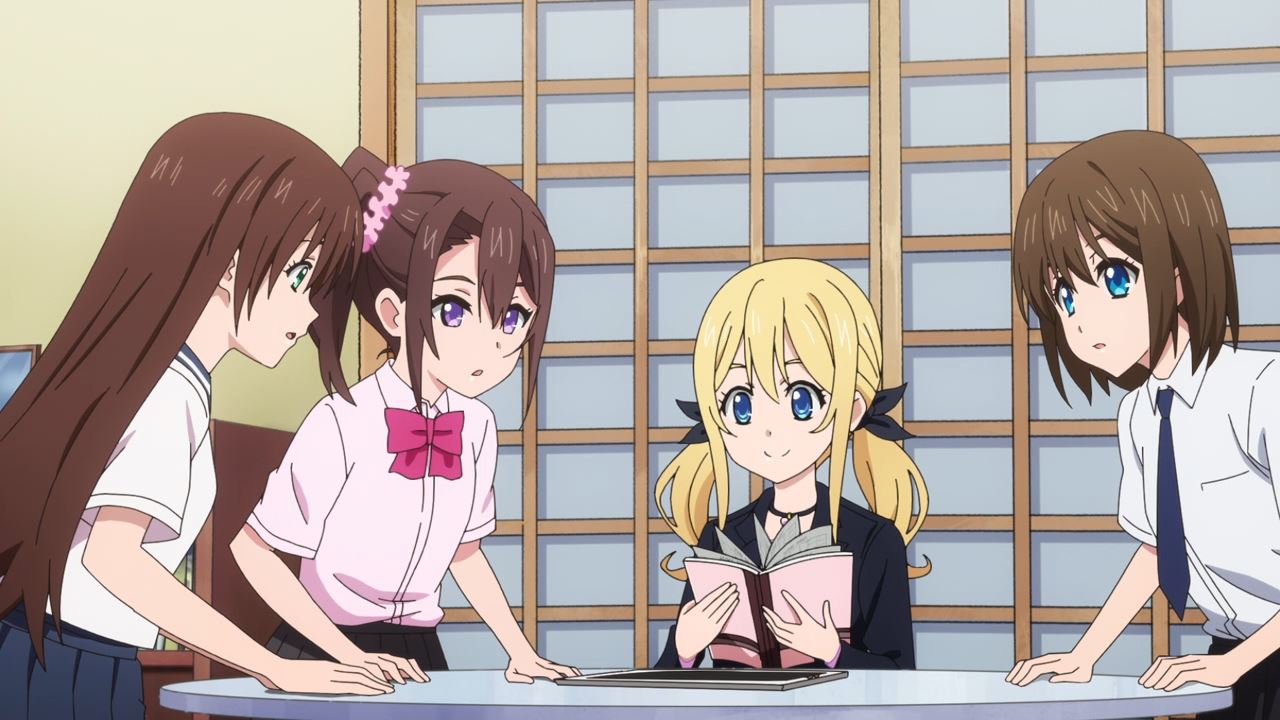 And speaking of Nono, she can do managerial tasks such as training regimen, analysis, cleaning, etc.

Oh yeah, looks like Rise got a training session from one of the most popular teams in Extreme Hearts. Don’t tell me that Rise got invited by May-Bee? 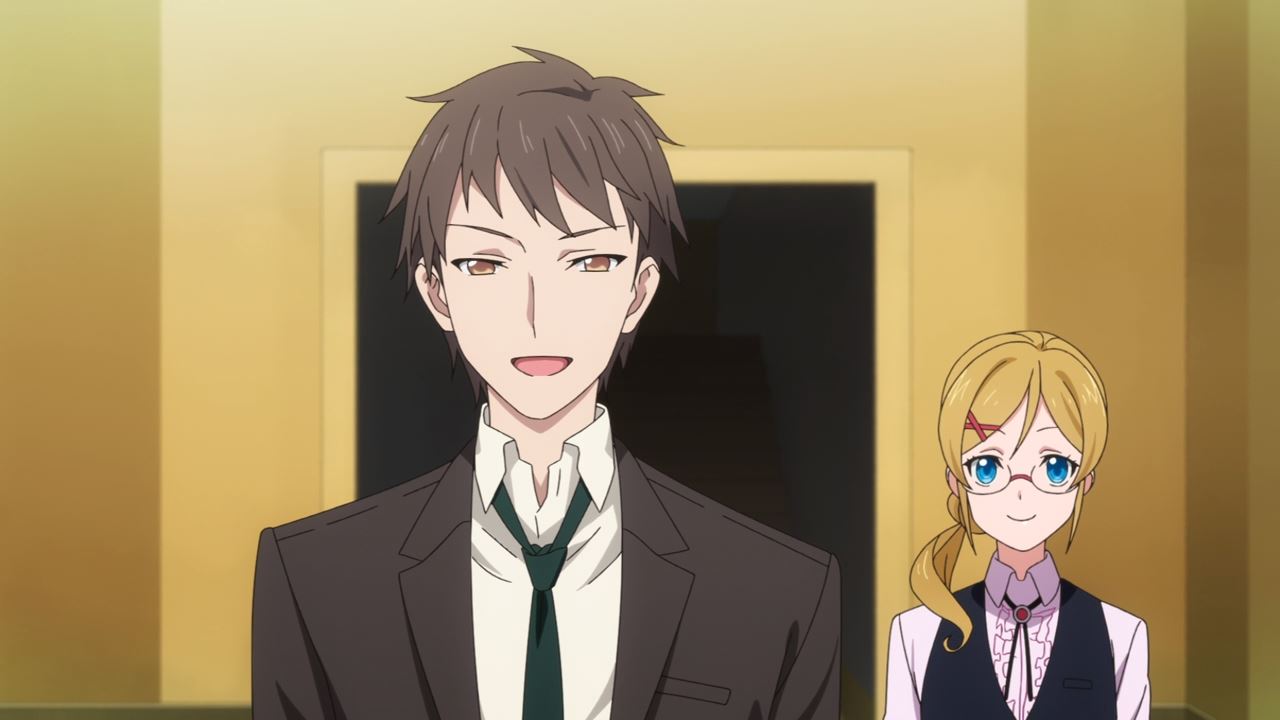 Now then, let’s introduce some new characters where you have President Ibuki from MK Productions and Sanae, a QM series robot who serves as May-Bee’s manager. 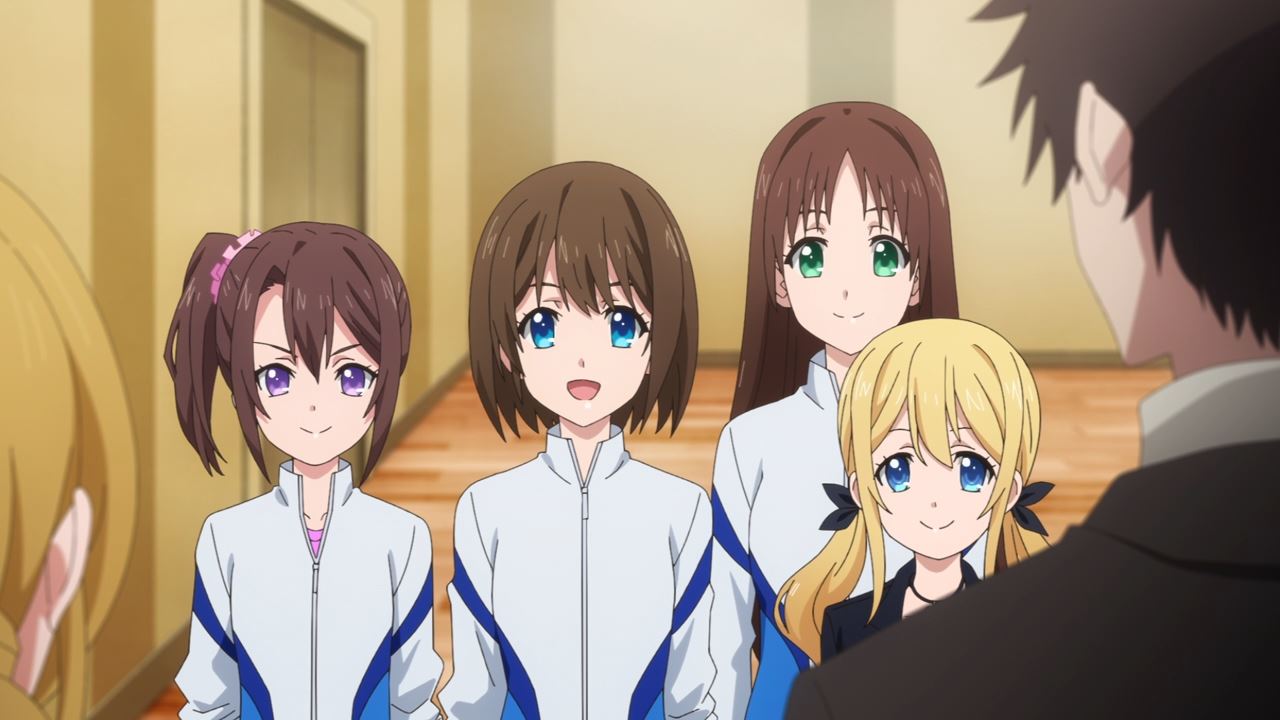 In any case, Hiyori Hayama and the rest of Rise are looking forward for their training session with May-Bee. 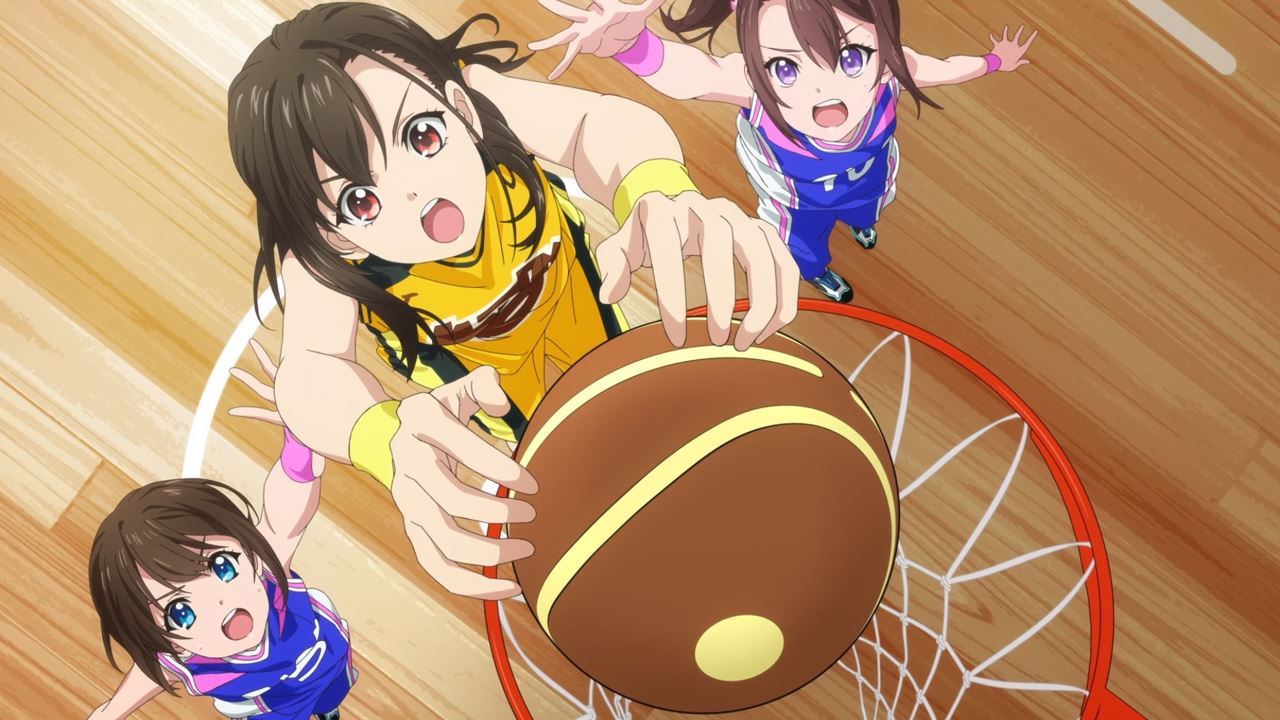 And here’s the thing though as May-Bee doesn’t pull any punches against Rise. Even the likes of Sumika Maehara and Saki Kodaka couldn’t handle a powerhouse team despite their national-level athletic talent. 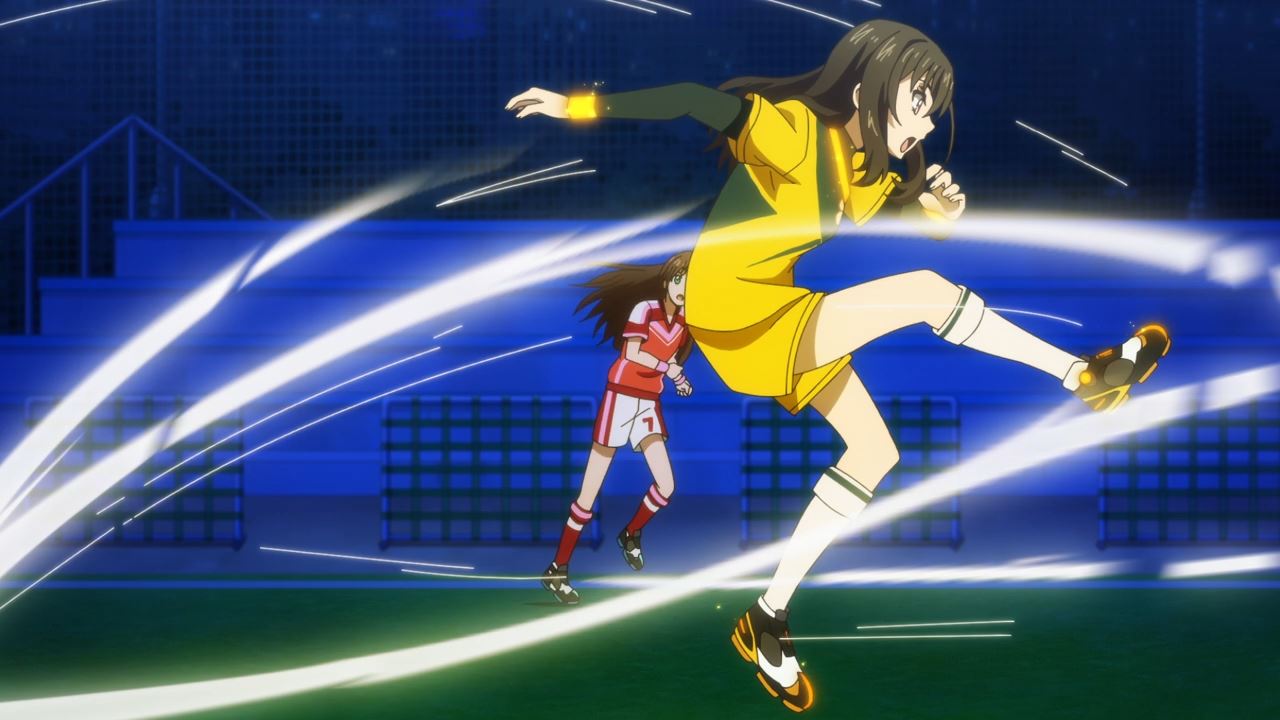 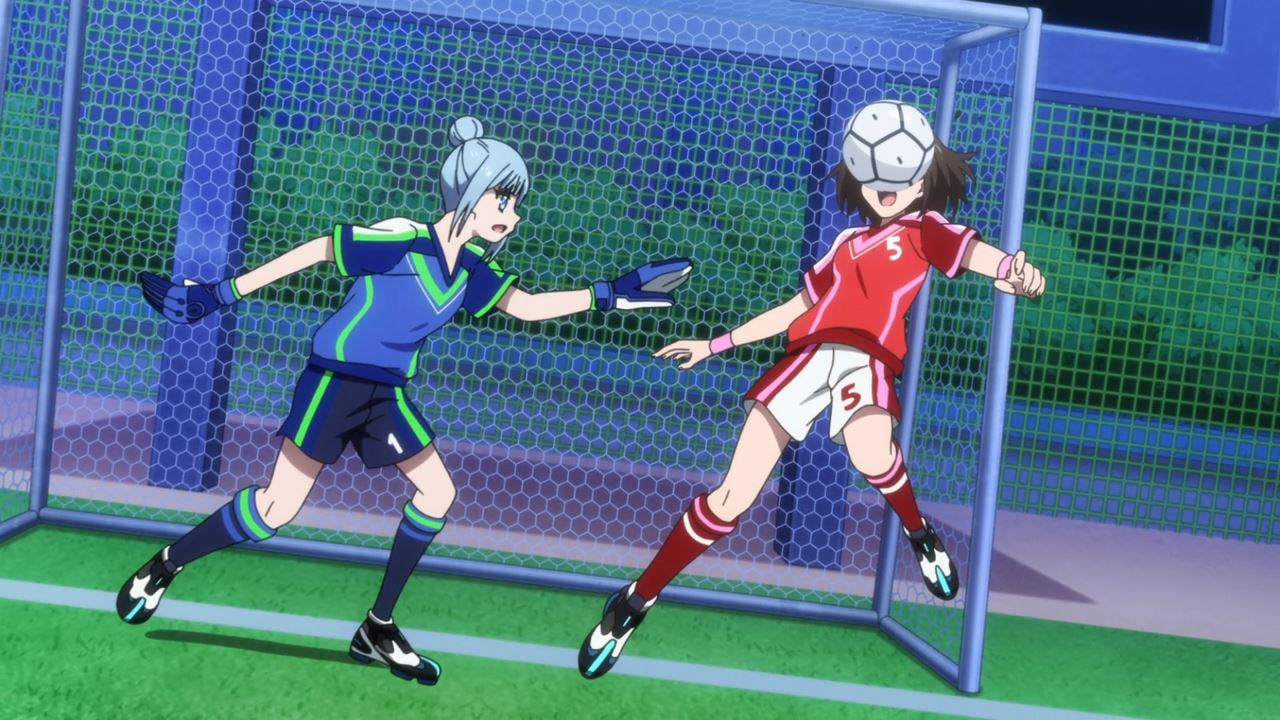 Regardless, Rise didn’t give up against May-Bee as they continue to fight despite the odds against them. In fact, Hiyori Hayama used her face to block a shot from Hazuki Sakura. 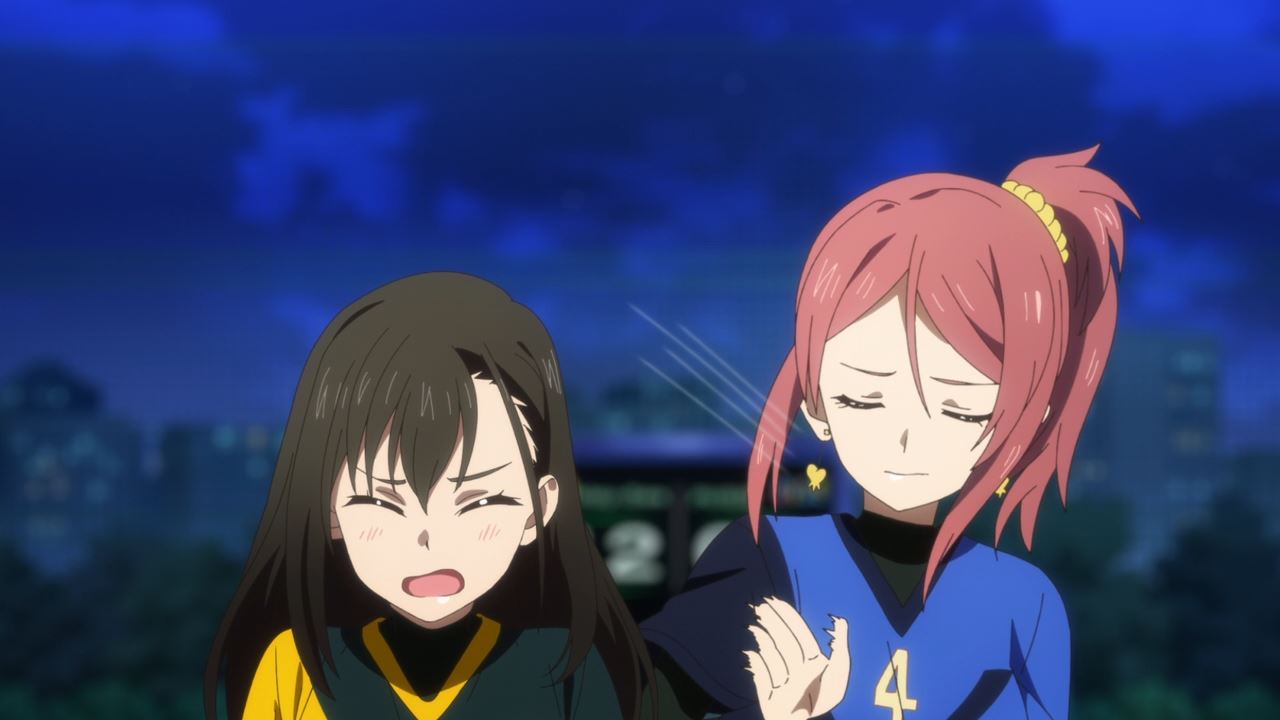 Of course, Tomo Miyashiro called Hazuki out for almost breaking Hiyori’s skull with her killer shot. You know something, I think Hayama should wear a helmet to protect both her cute face and her head.

Still, it was a great experience for Rise where they learned a lot from one of the best Extreme Hearts team in Japan, although they need some new members if they want to move forward. 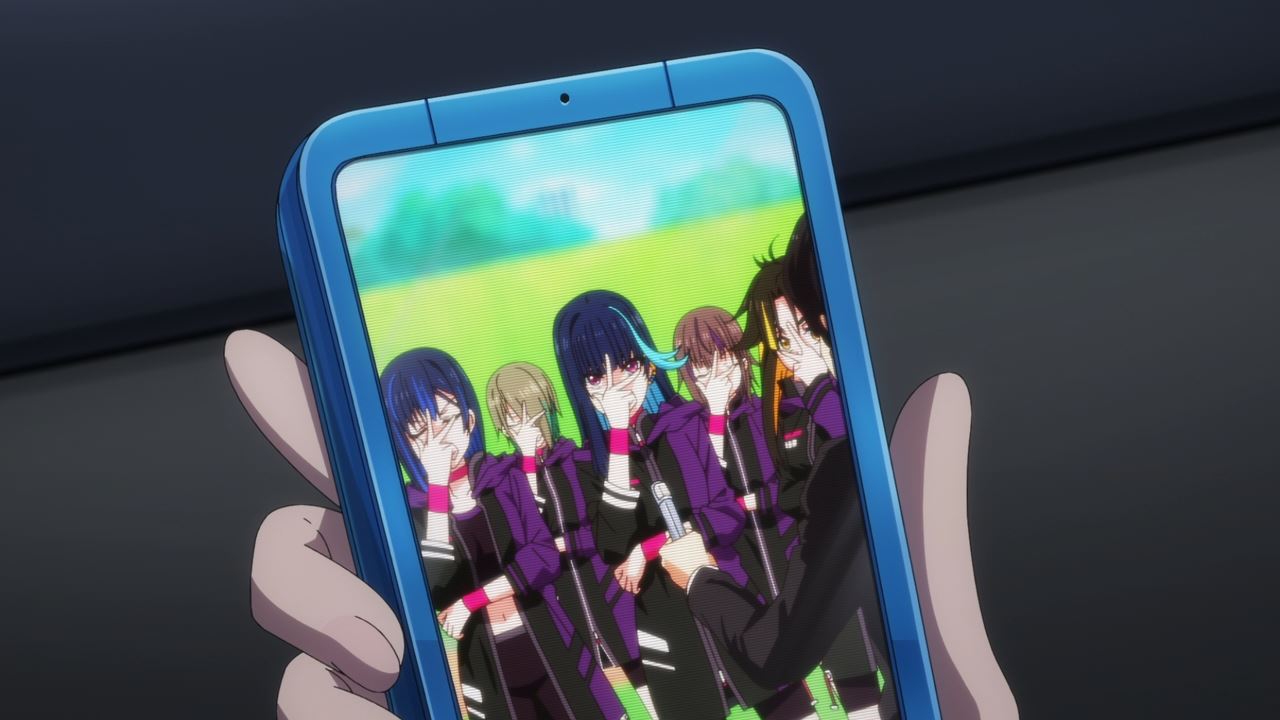 And they need it fast because their next opponent will be Banshee where they’ll compete in a baseball match. 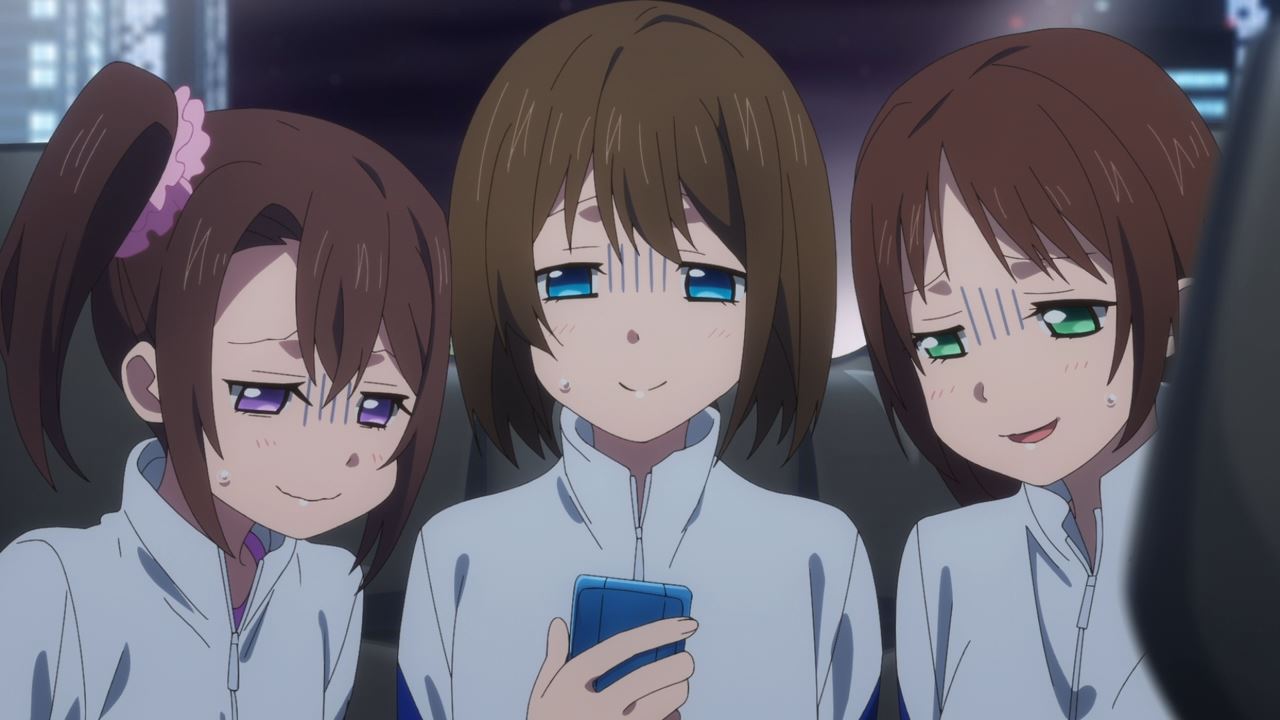 On second thought, Hiyori Hayama and the rest are getting some cringe over Banshee’s chuuni-like declaration. Looks like Rise needs to recruit new members as soon as possible! 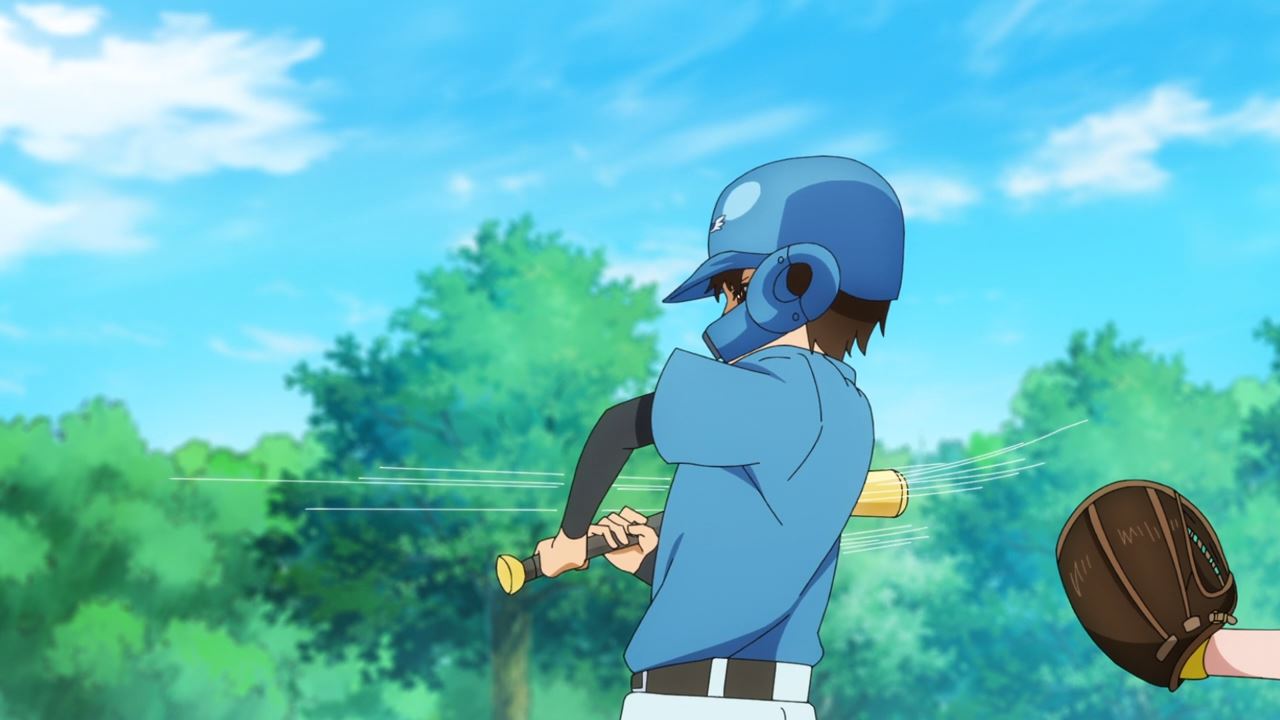 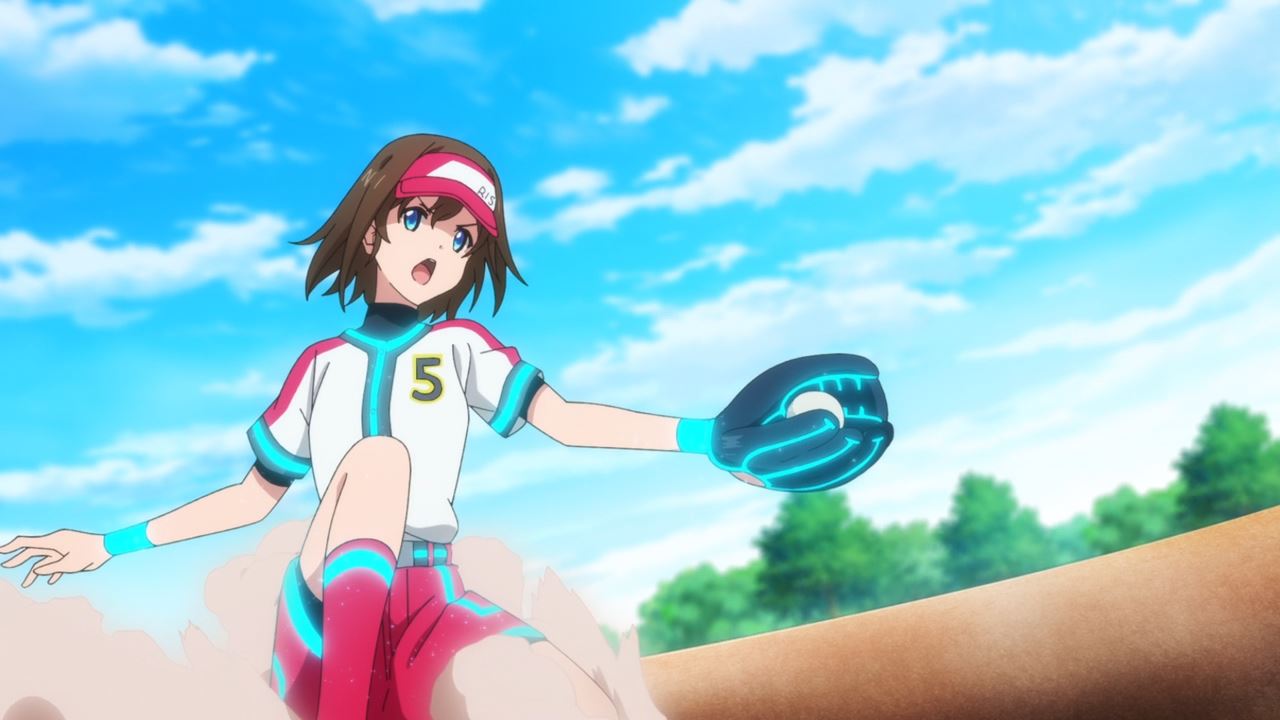 So while they’re finding members, Rise will have to work on their batting and fielding skills as they play a local Little League baseball team Fujisawa Wings.

Then again, I feel that these teenage girls playing against a team of kids while wearing Extreme Gear is kinda overkill in my opinion. 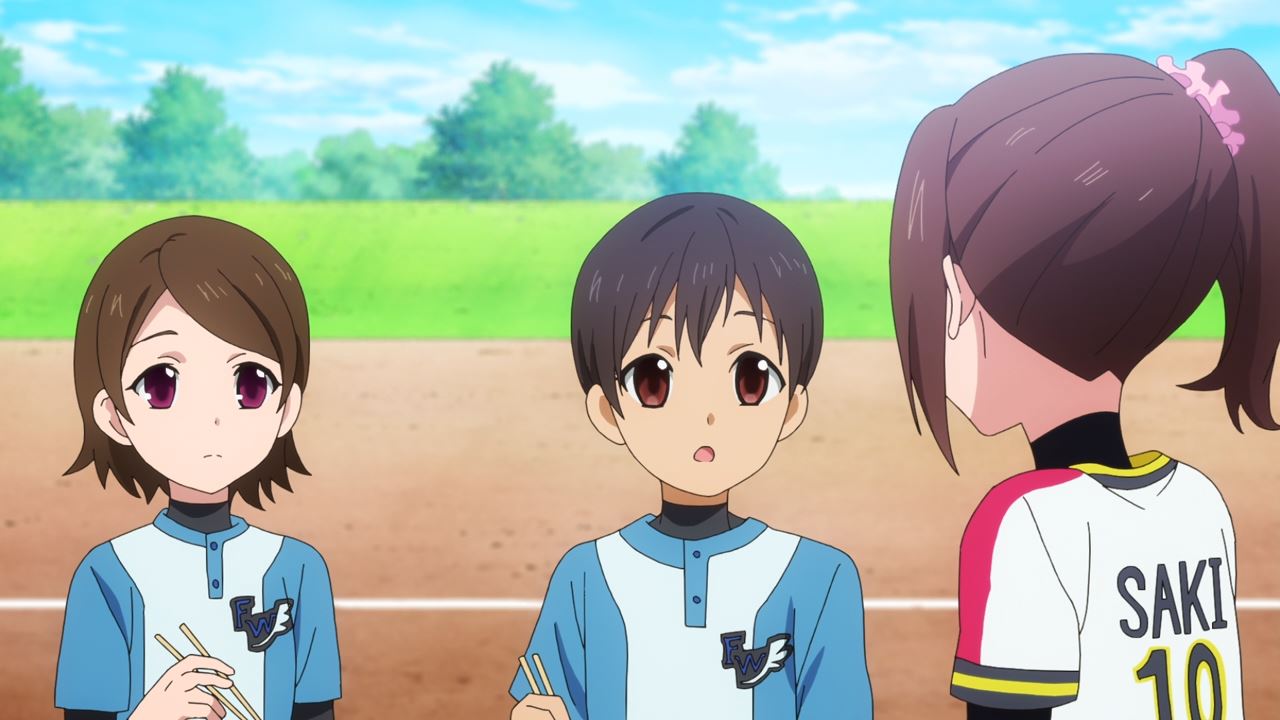 By the way, one of the Fujisawa Wings players heard a rumor that there’s a big girl who hits homeruns at the local batting center.

Hmm, I wonder if that girl will be helpful in the upcoming baseball match for Rise? 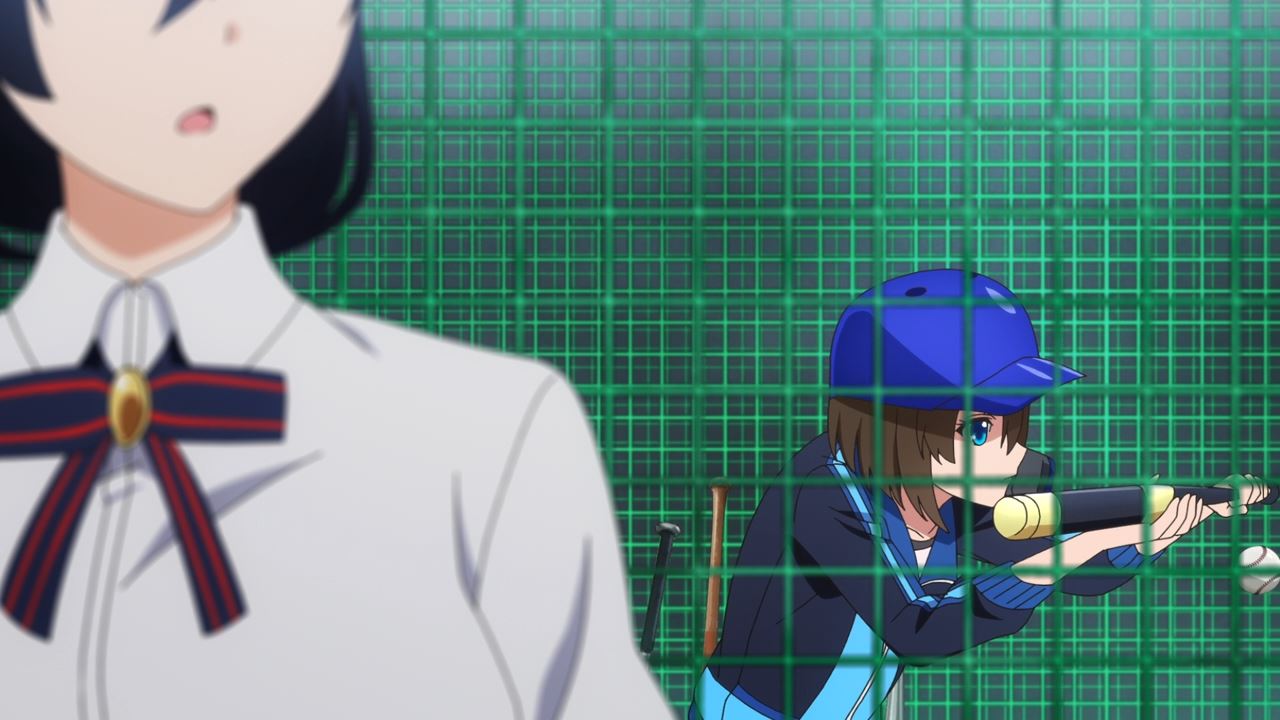 Anyways, looks like Hiyori Hayama went to the batting center… to practice her bunting skills.

Okay, I’m not gonna bash at Hiyori for not hitting dingers at the batting center, but it looks like Hayama encountered a girl who’s about to hit the ball at 170 kph. 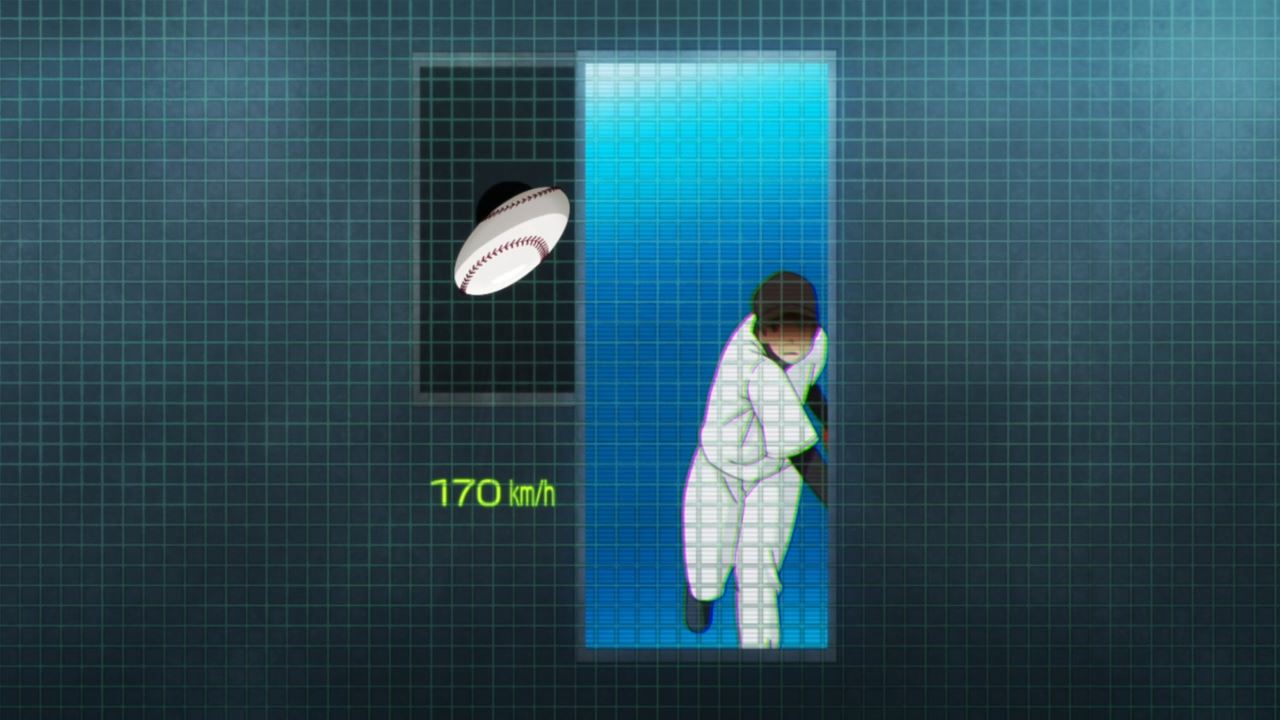 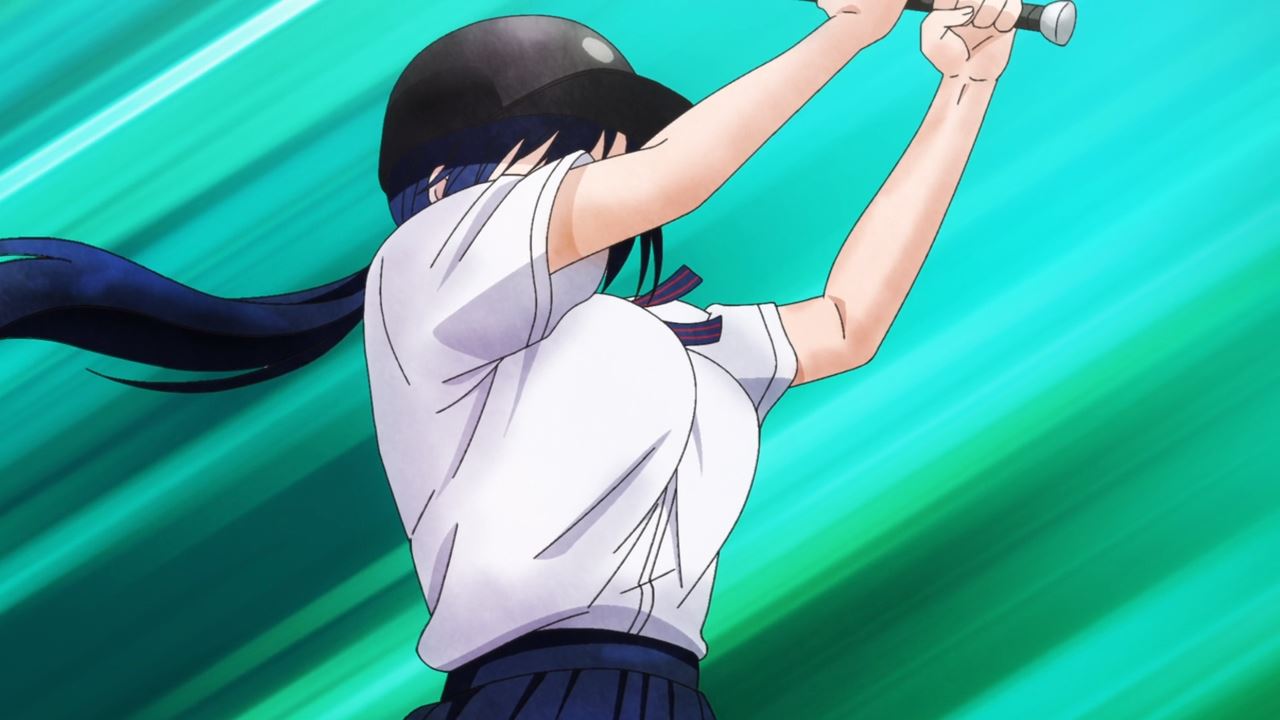 And as you can see, this girl can hit a blazing-fast pitch like a Major League slugger.

Also, she got some big pair of knockers too, which I have a feeling that the Fujisawa Wings players are looking at this girl’s breasts, not her height nor her muscles. 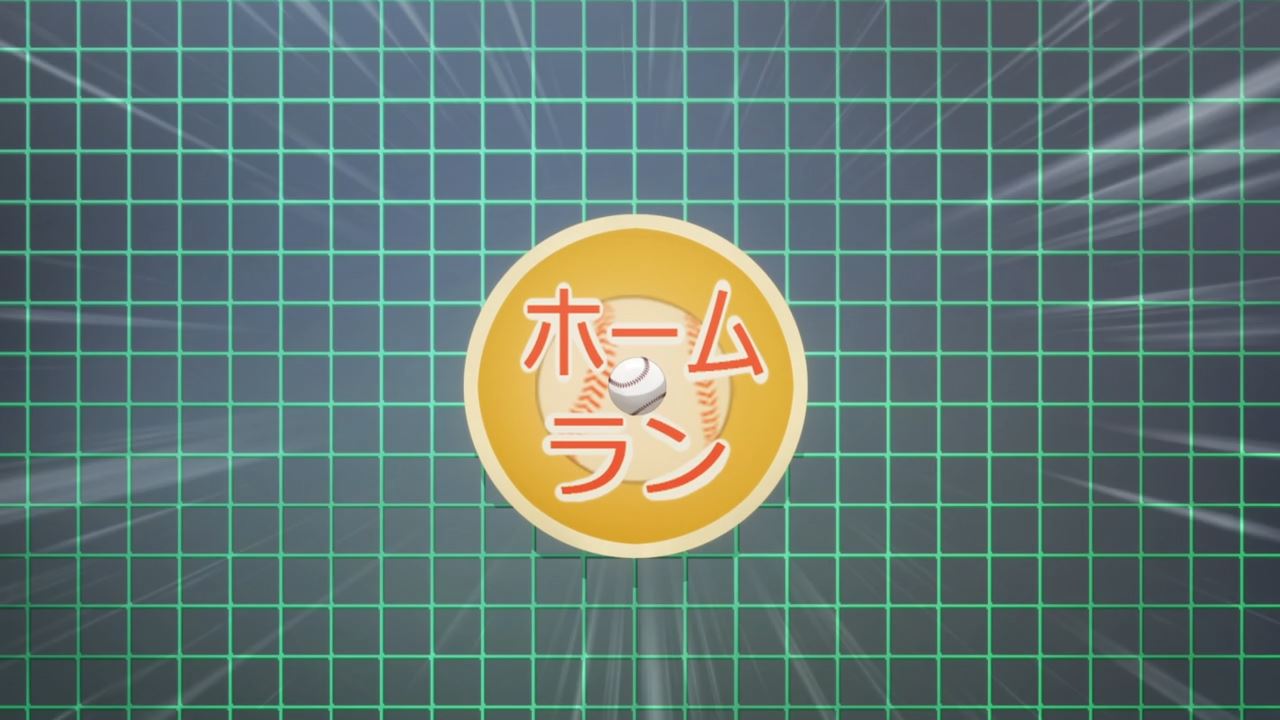 In any case, Hiyori Hayama scored a homerun as she found a player that can help Rise in the upcoming baseball match against Banshee. 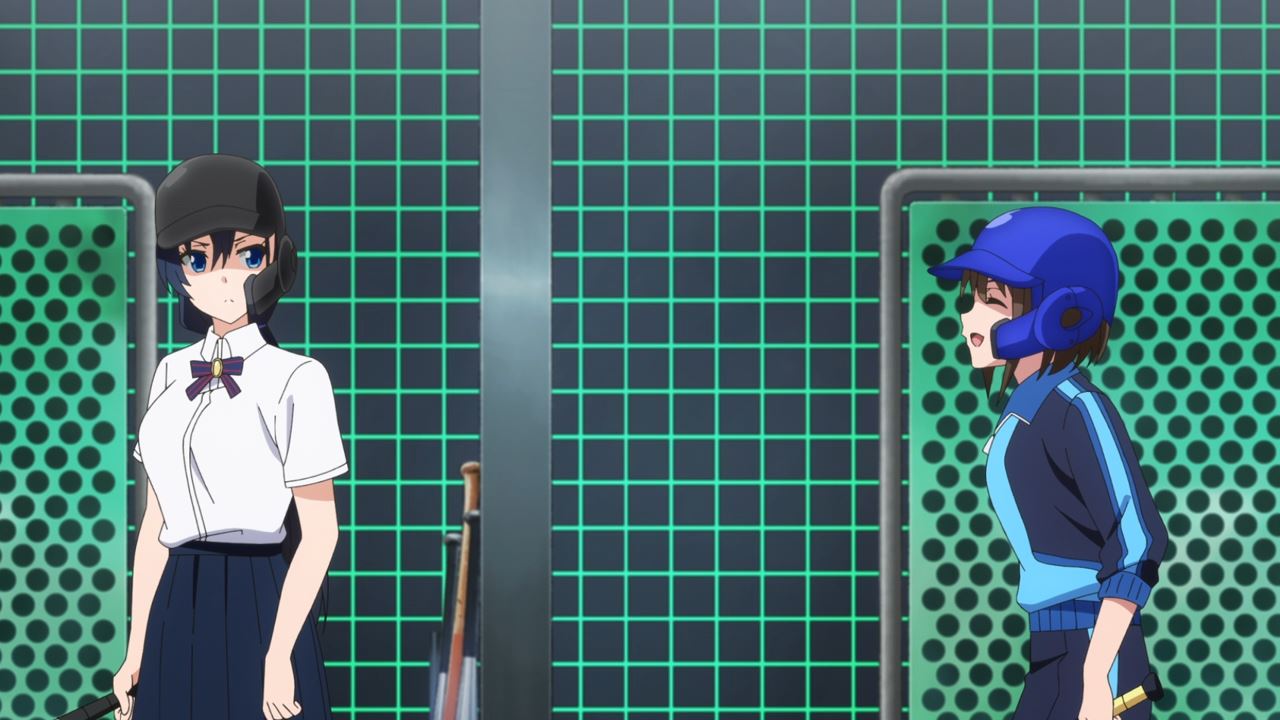 And she doesn’t hesitate in asking the girl to join her team. Um Hayama, I think you should press the Stop button if you want to talk to somebody inside the batting cage. 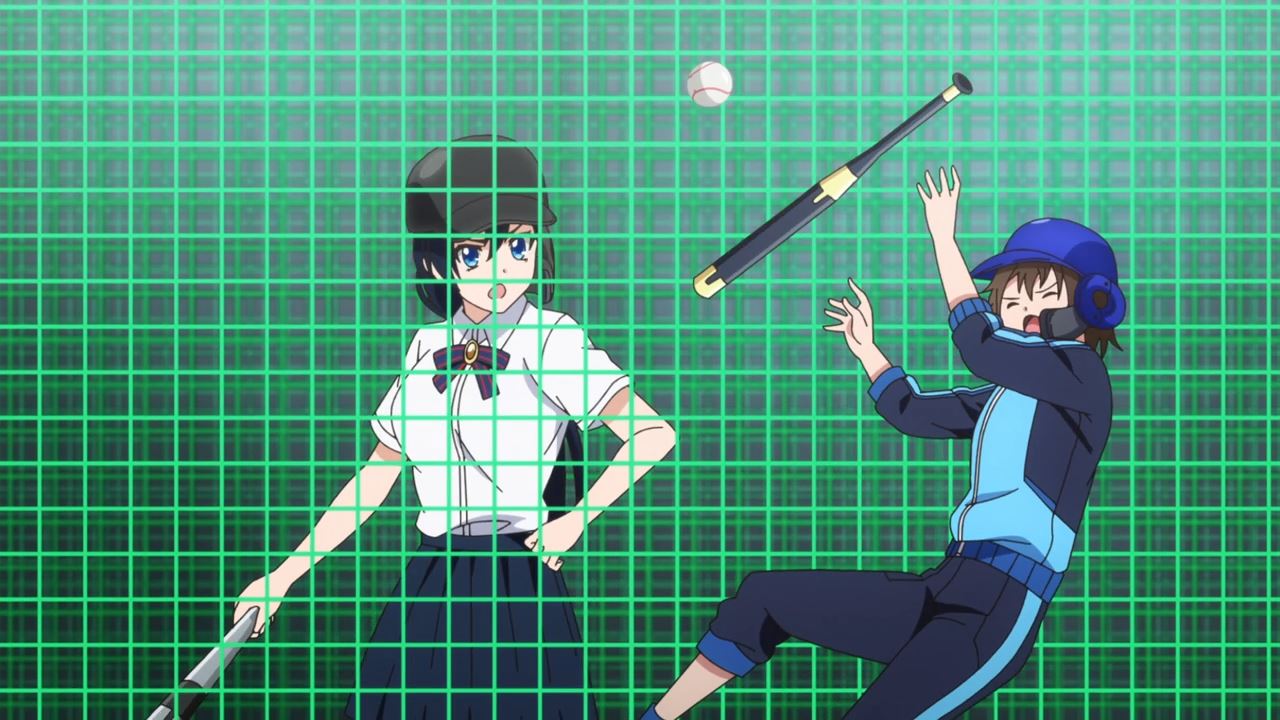 Unfortunately for Hiyori, while she managed to bunt the ball at the right time, looks like Hayama got pushed back with a 90 kph fastball.

But that’s about it for this episode where Rise managed to have a friendly match against the Extreme Hearts champion, although they need to get better if Hiyori Hayama and the rest wanted to reach the national stage.

For now, I’ll see you next time where I’m curious on that slugger girl with big boobs!