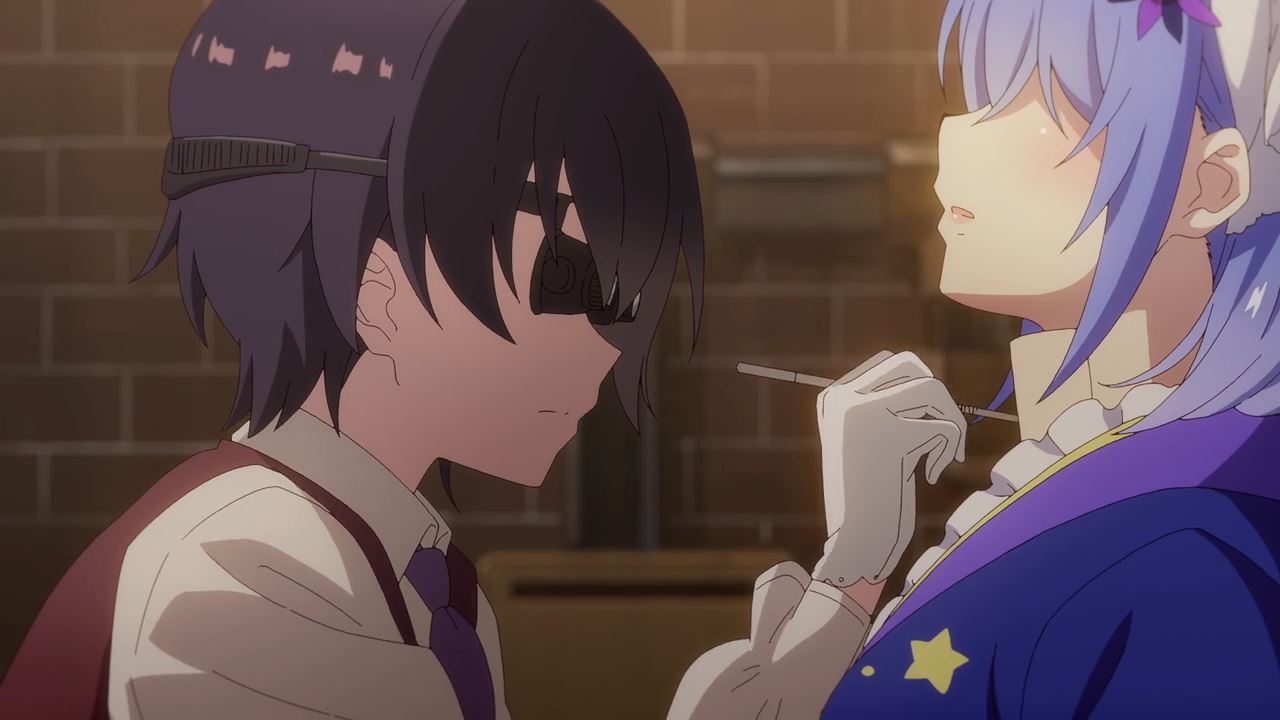 Let’s begin this episode with Nagi Touma where he attempts to repair Houkiboshi’s speech function. But despite his efforts, Nagi can’t fix the problem without resorting to a factory reset. 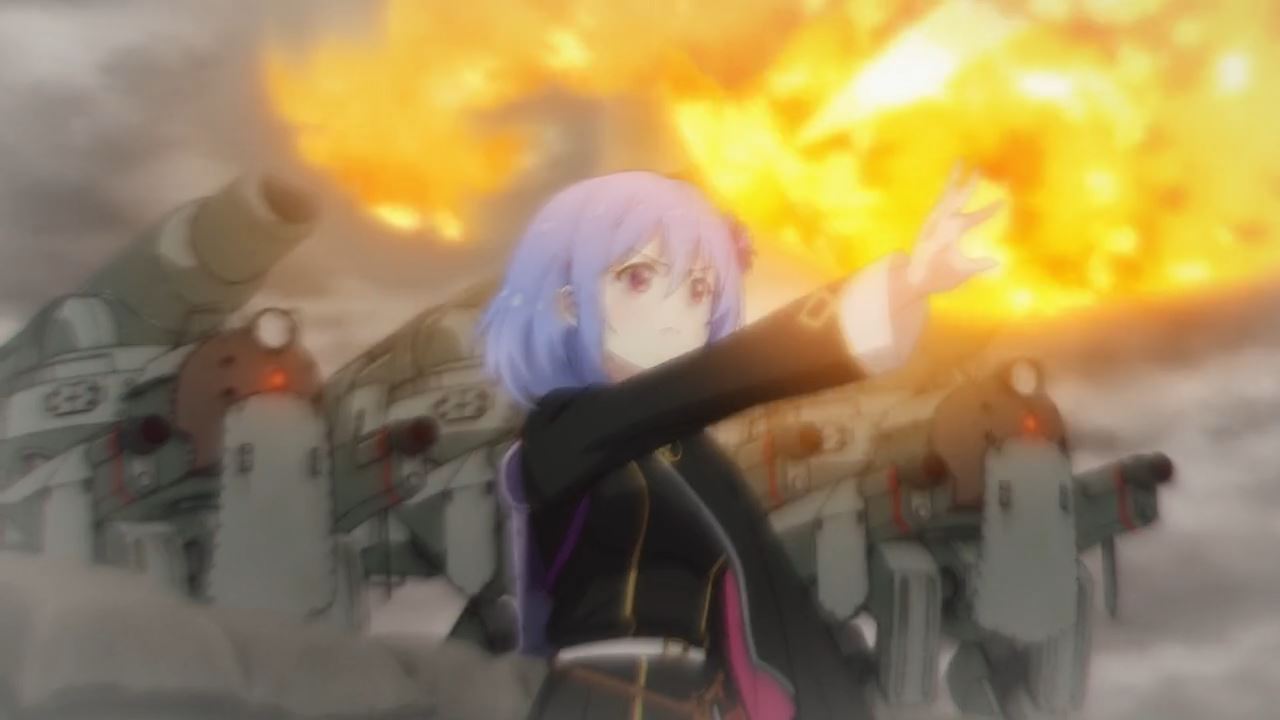 But speaking of Houkiboshi, she once serve the 525th Regiment where Houkiboshi commands a platoon of artillery mechanica. Sure that it’s a tough job but that’s not the cause for Houkiboshi’s speech loss. 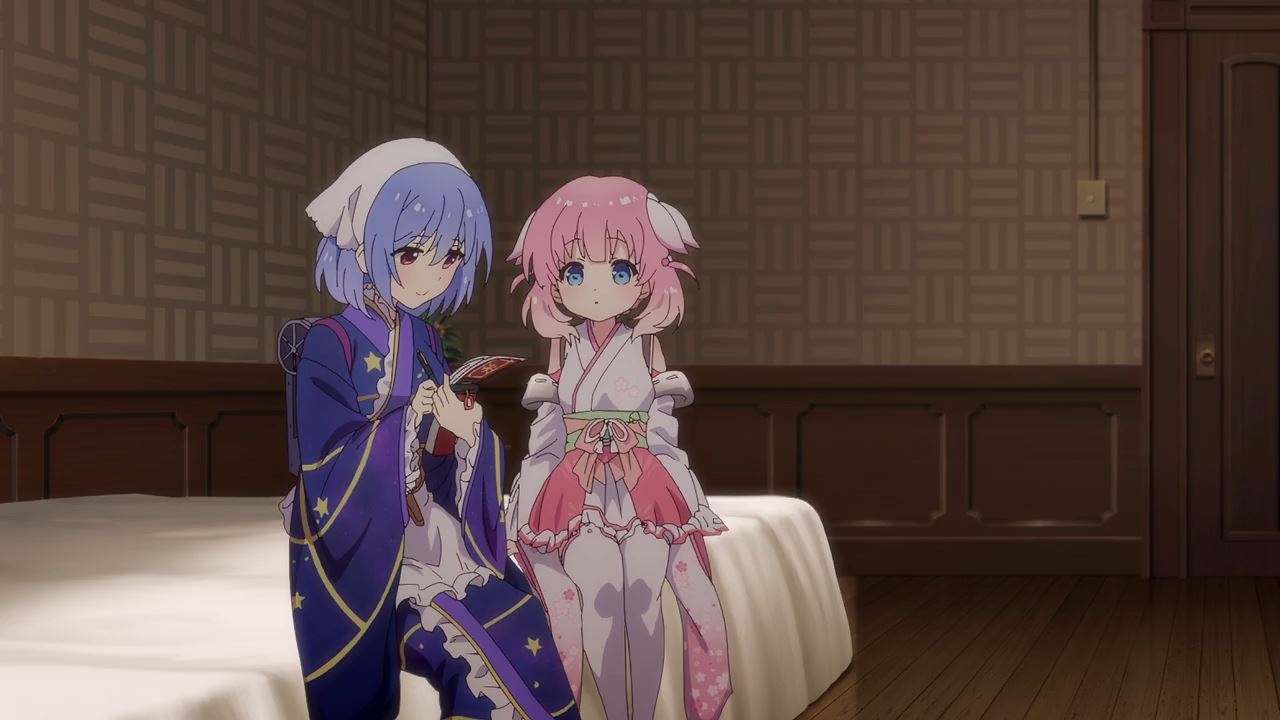 Anyways, here’s Haizakura where she’s worried that Houkiboshi might get the factory reset, but Houkiboshi assured that it won’t happen. 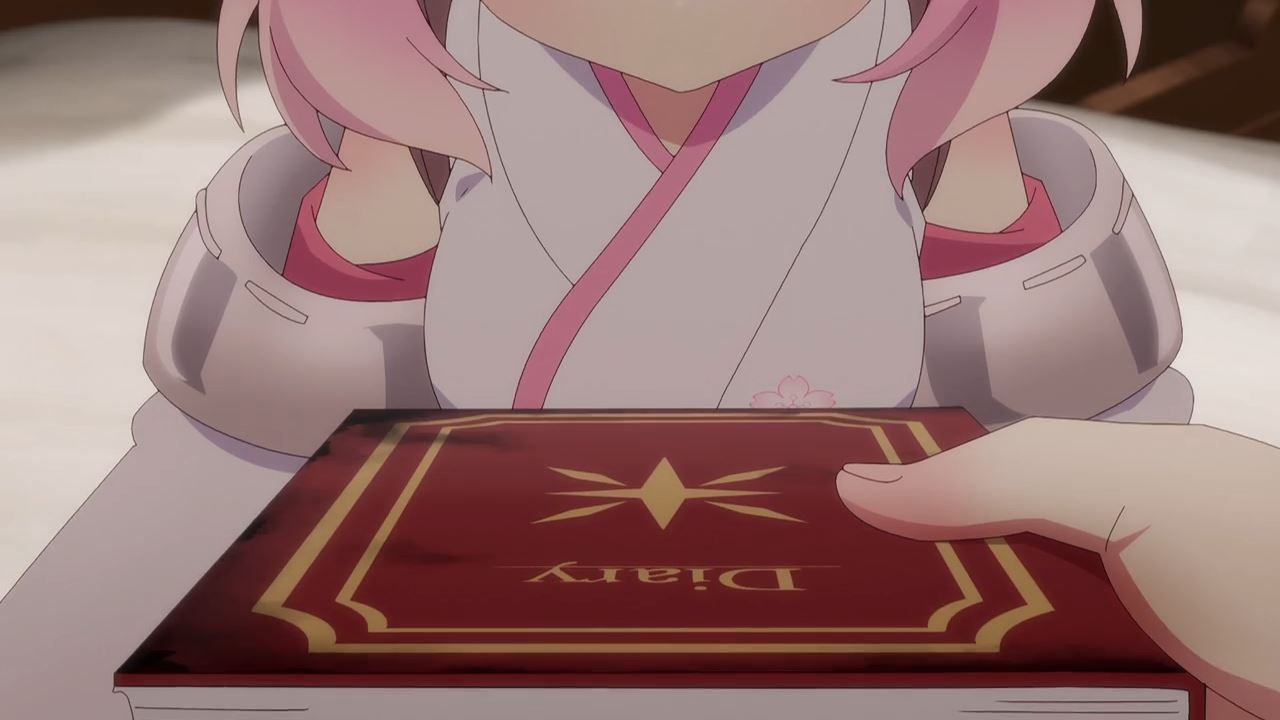 Since Haizakura is here already, I think it’s time for Houkiboshi to tell her backstory.

As you can see, she shared her diary to Haizakura where it tells Houkiboshi’s time at the military. 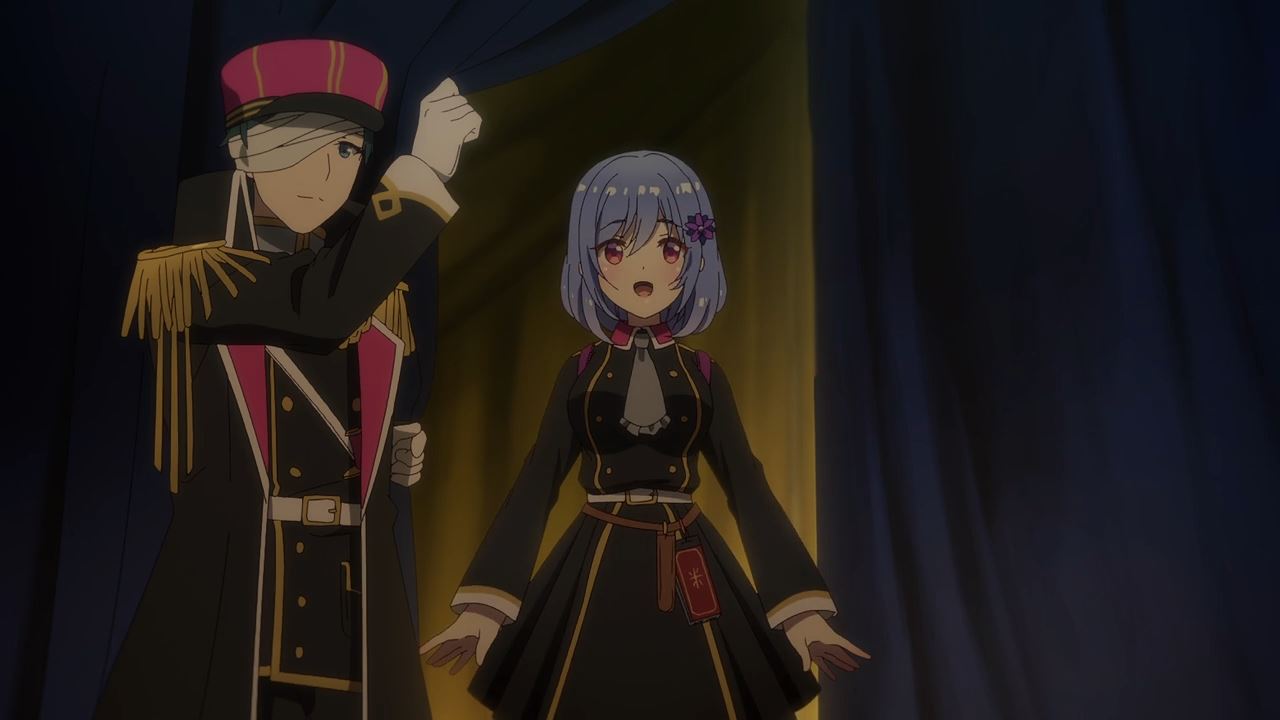 With that said, here’s Houkiboshi where she and the 525th Regiment are having a festival in the middle of a warzone. 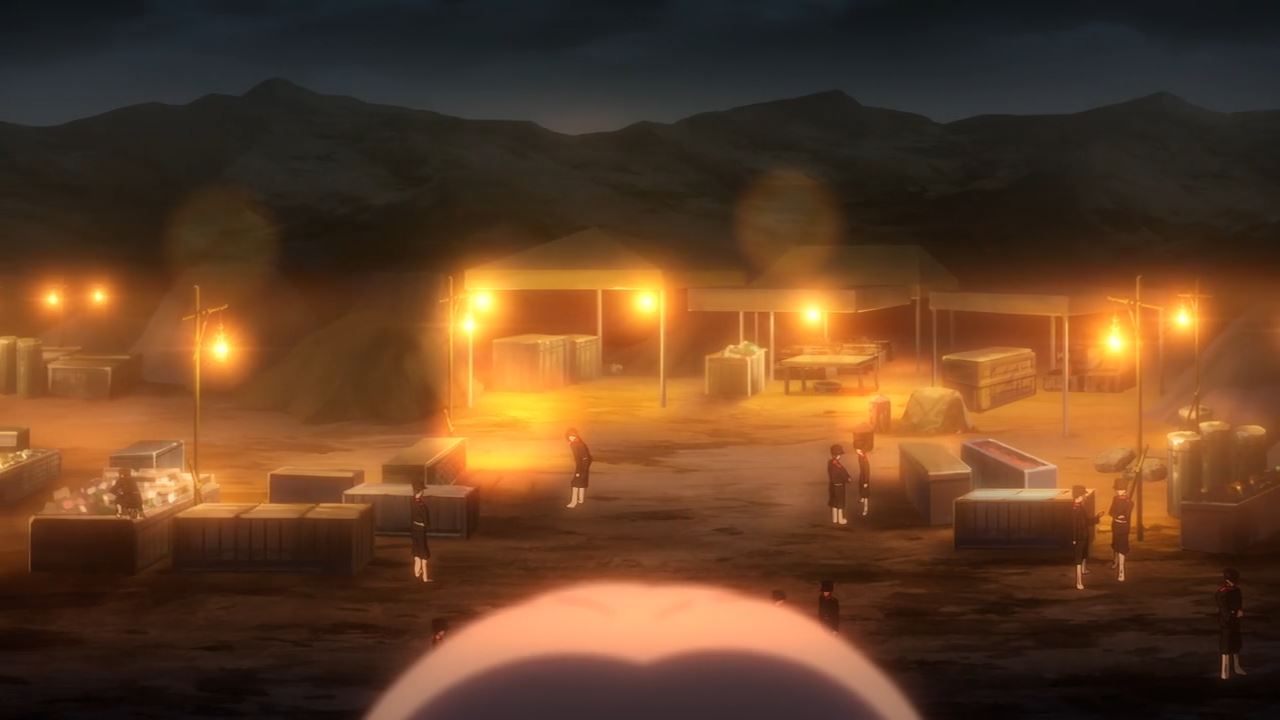 Sure that Captain Yamae and his men are gonna die soon, but they want to have a blast and be happy with themselves while they’re still alive.

It appears that Houkiboshi’s fellow soldiers are prepared to meet their doom, which is why they hosted a festival. 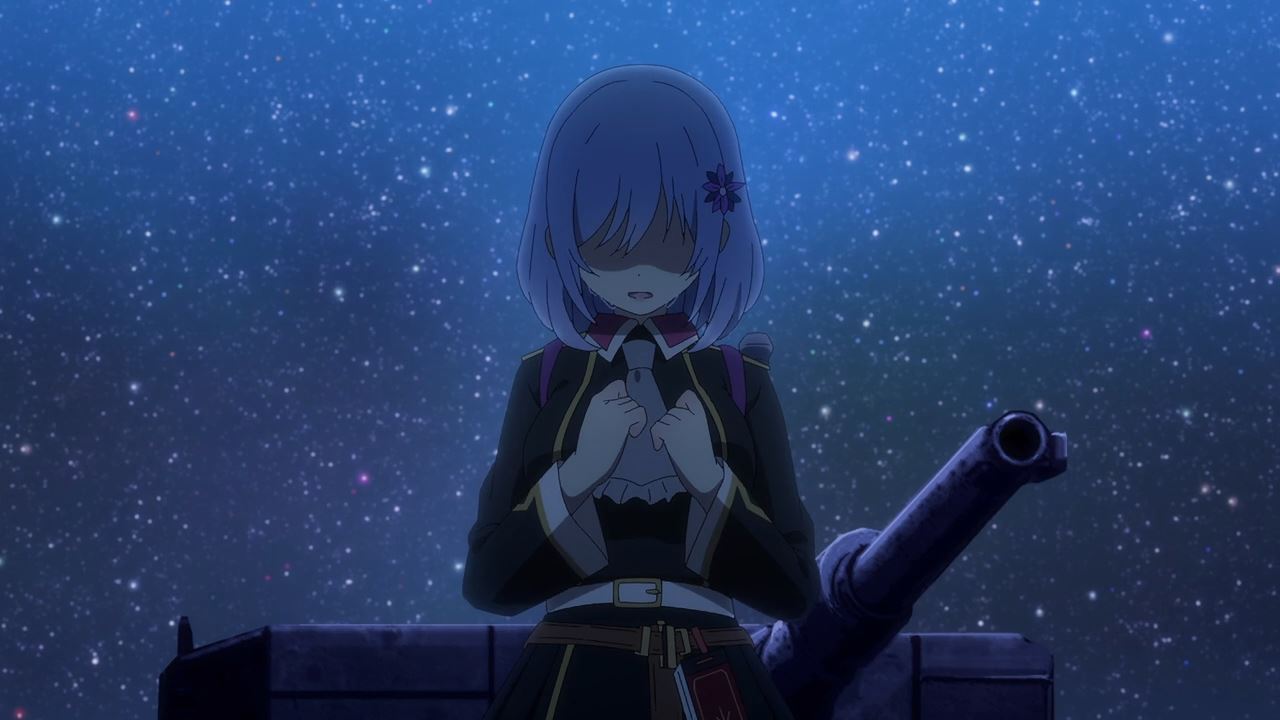 Unfortunately for Houkiboshi, the fact that Captain Yamae and his men will embrace their demise means that she can’t bear to watch them die, thus Houkiboshi lost her voice.

It’s really heartbreaking that an automata like Houkiboshi felt emotional scars that can’t be repaired. 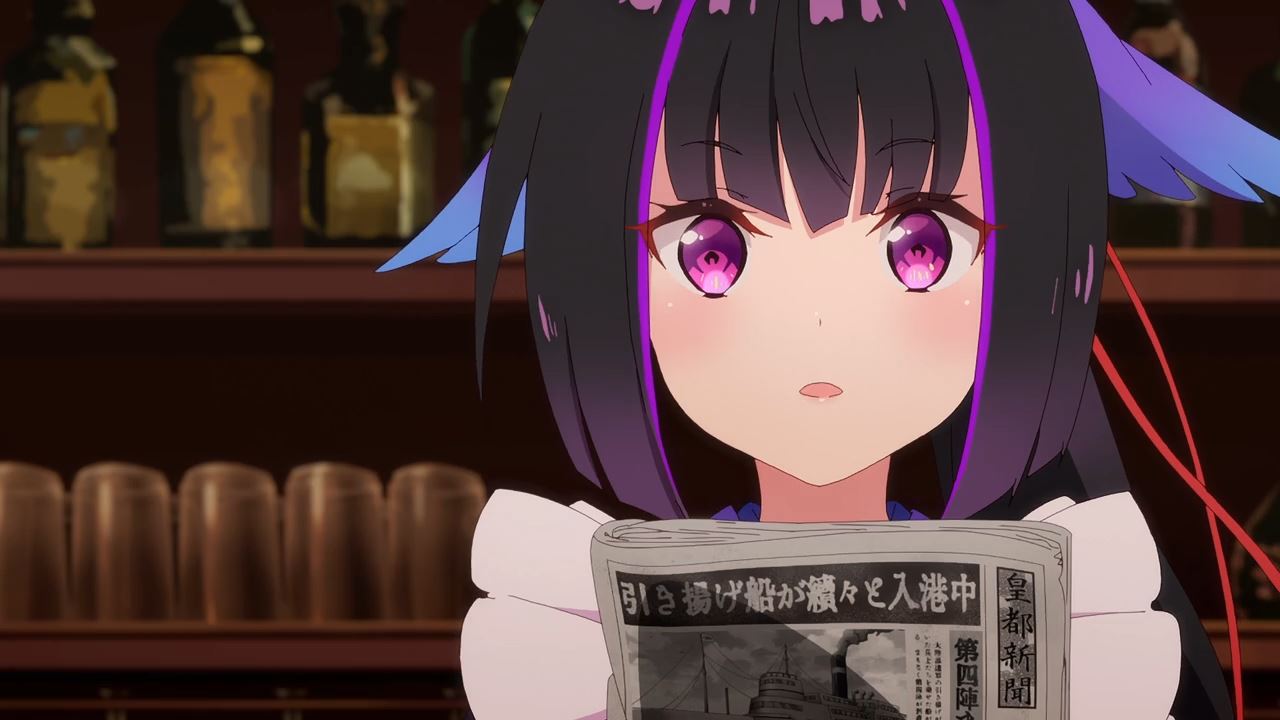 Now then, looks like Karasuba got a newspaper where the 525th Regiment is about to return to their homeland, although I doubt that there are survivors. 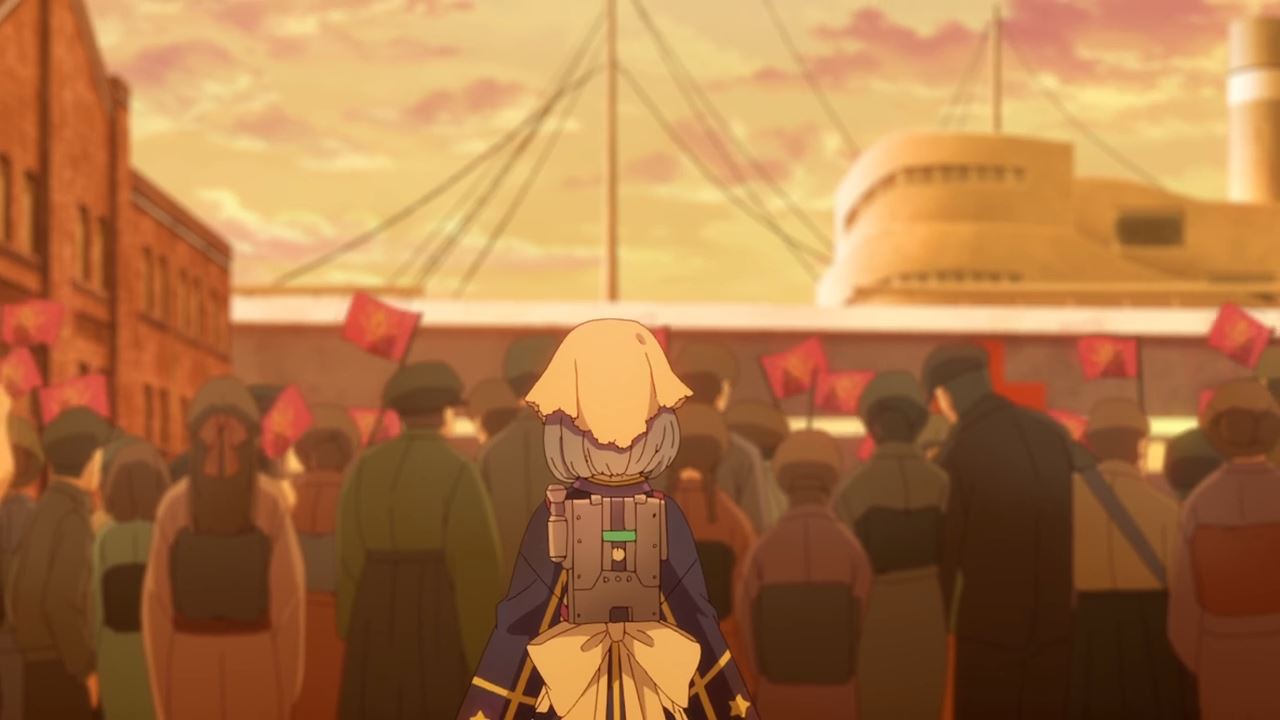 Still, Houkiboshi is yearning for their return as the ship has arrived containing the 525th Regiment. 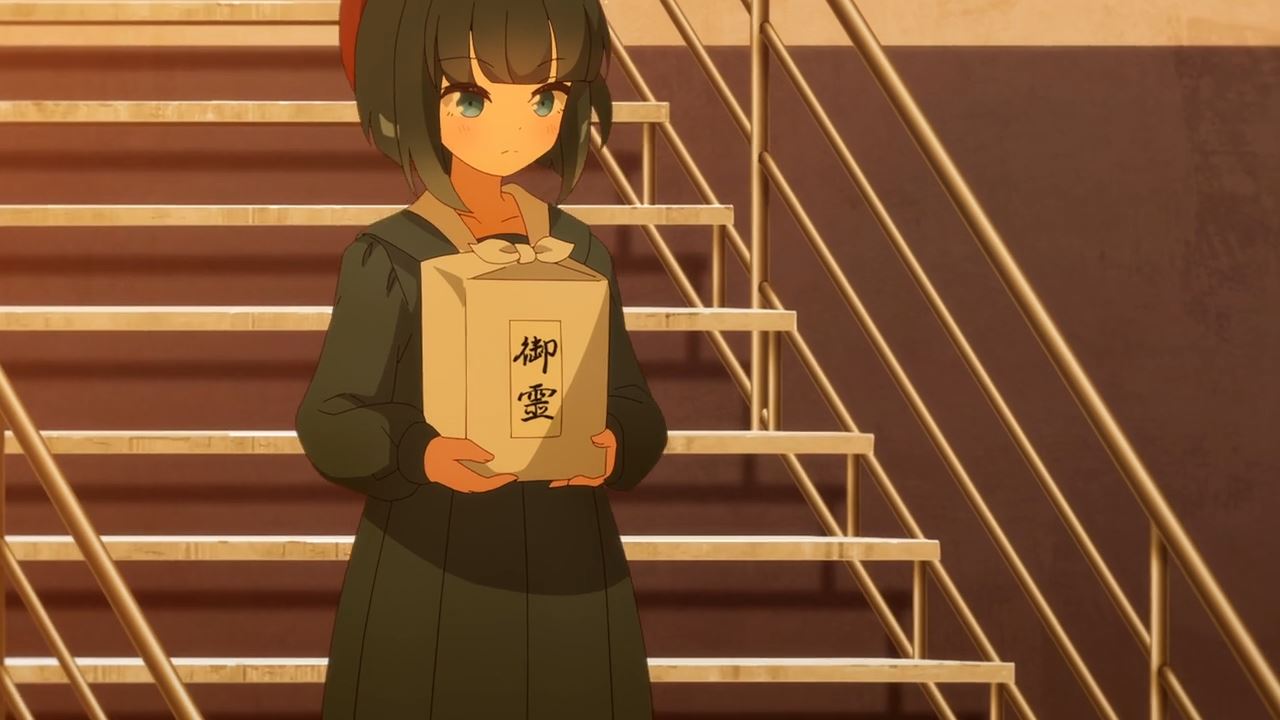 But as expected, only their remains returned where relatives carry their ashes back home.

By the way, this girl will be important later but yes, Houkiboshi is devastated that Captain Yamae and the rest of the regiment didn’t survive the war. 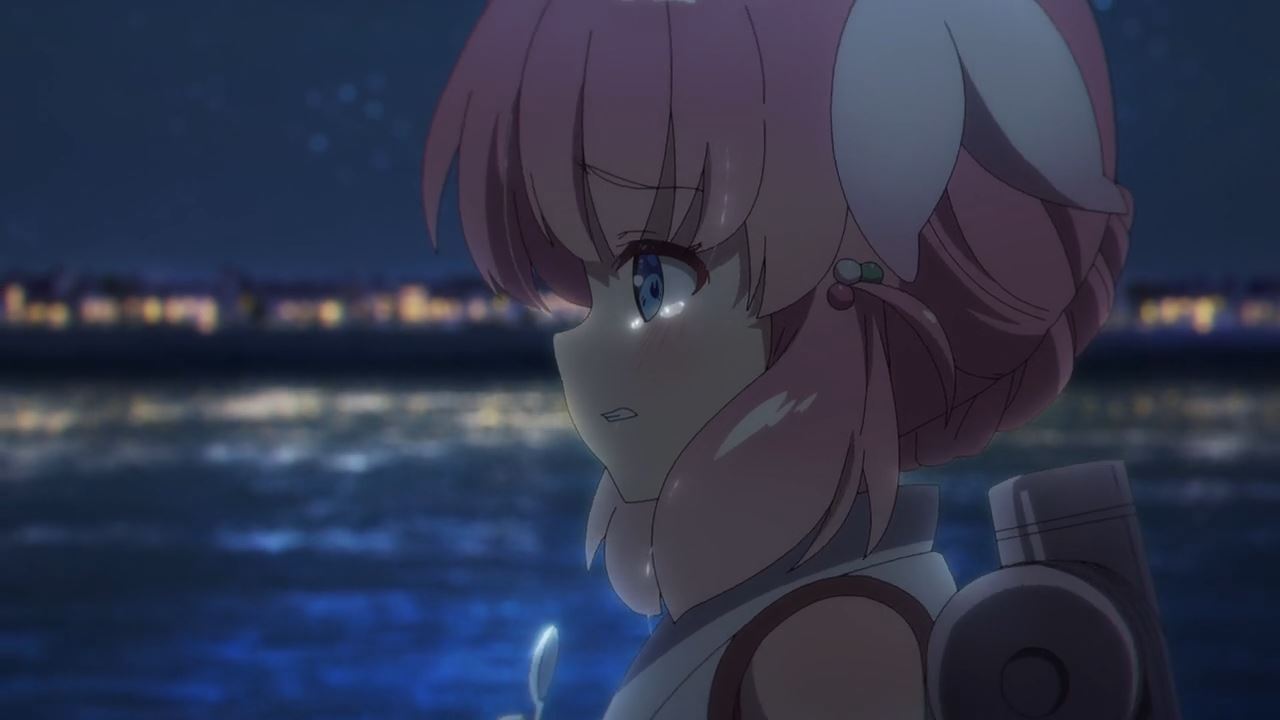 However, it appears that Haizakura believes that there are still survivors as she tries to find a single person from the regiment, although it’ll be a fruitless effort for this young automata. 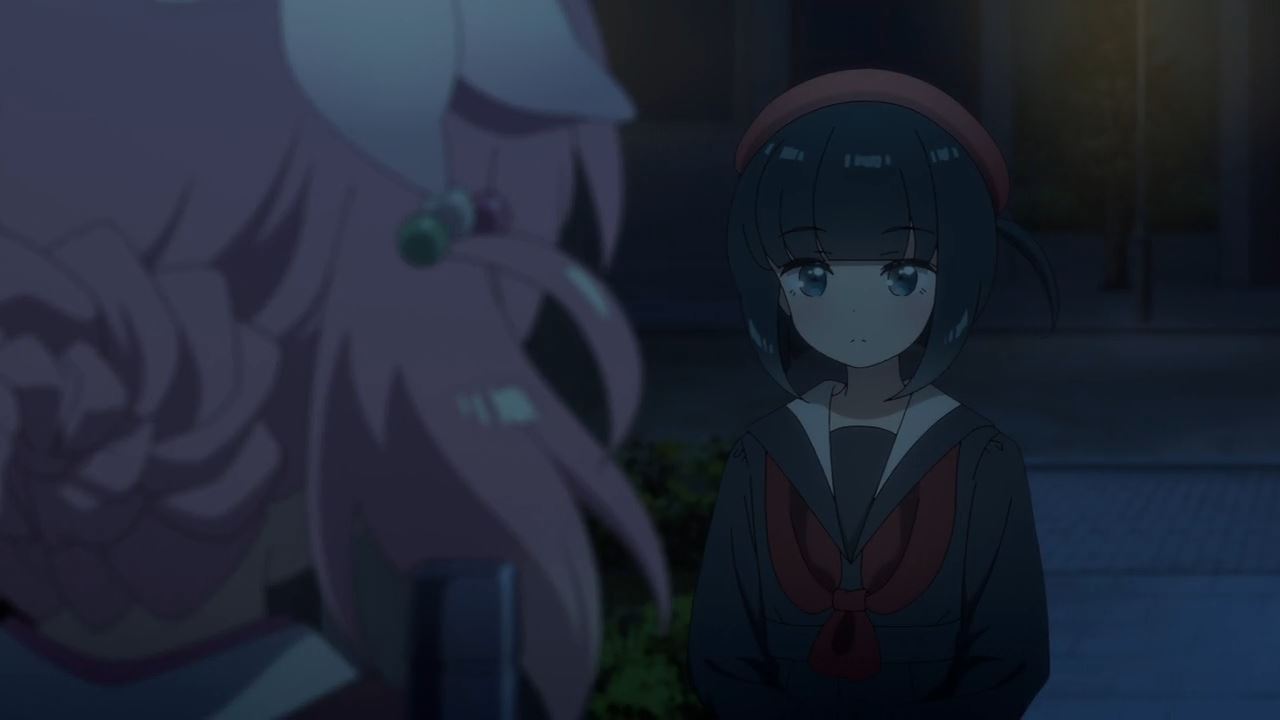 Oh yeah, looks like Haizakura encountered this girl where she’s actually related to the late Captain Yamae. In fact, this girl has something to give towards Houkiboshi. 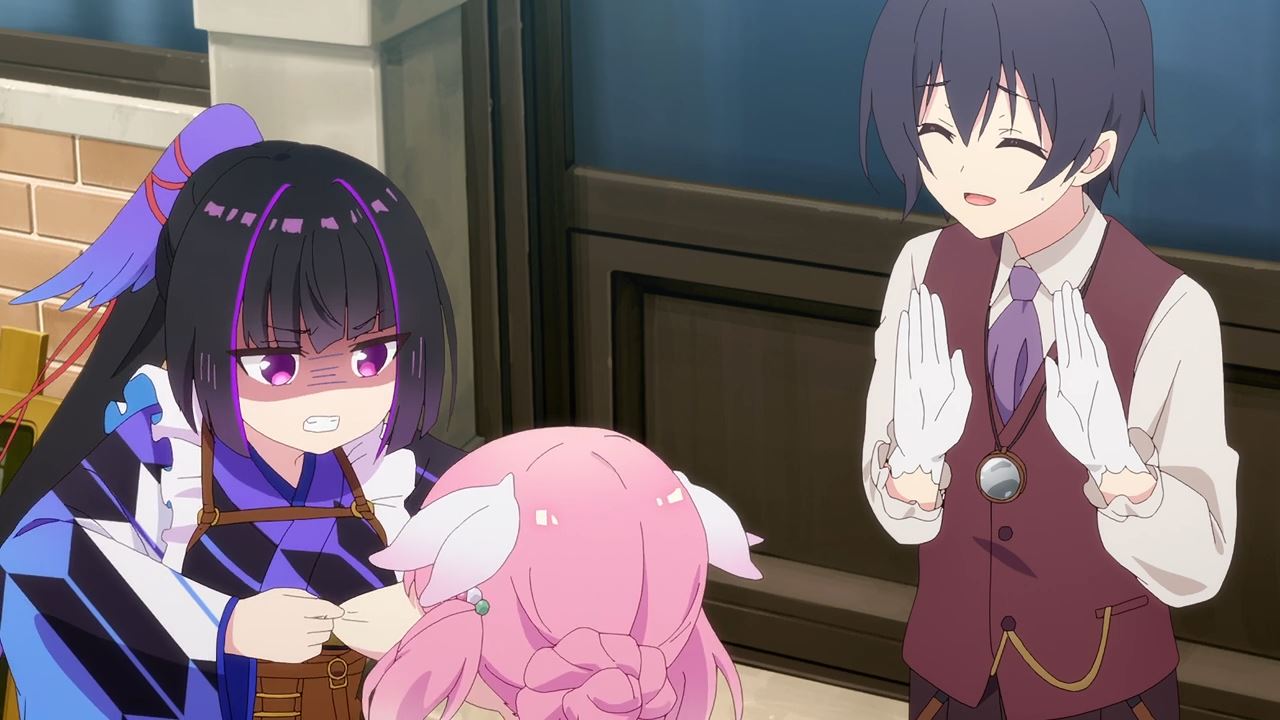 Of course, Karasuba is really worried towards Haizakura where she might get kidnapped by the Imperial Line Faction.

Good thing Haizakura has safely returned to Kuroneko-tei where she got a letter from Captain Yamae. 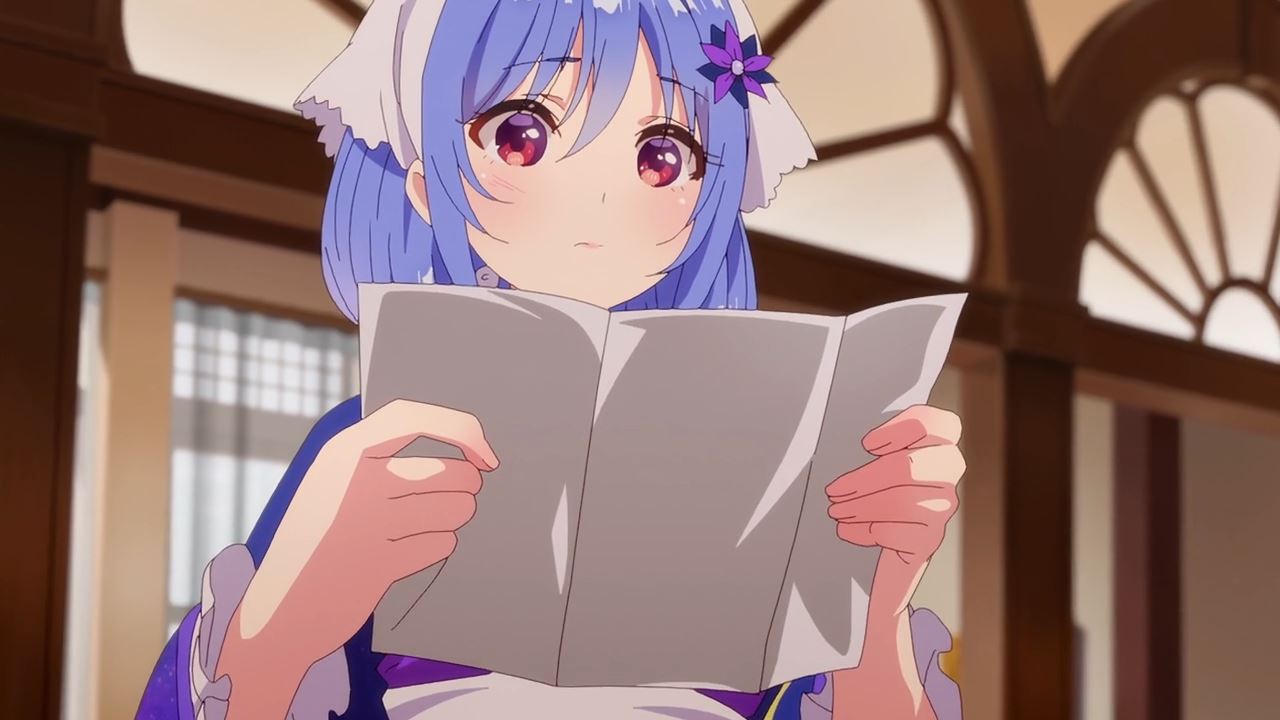 But now, it’s time to learn the contents of Captain Yamae’s letter as Houkiboshi opens it as Yamae expresses his gratitude on how she’s worried about the regiment’s impending fate. 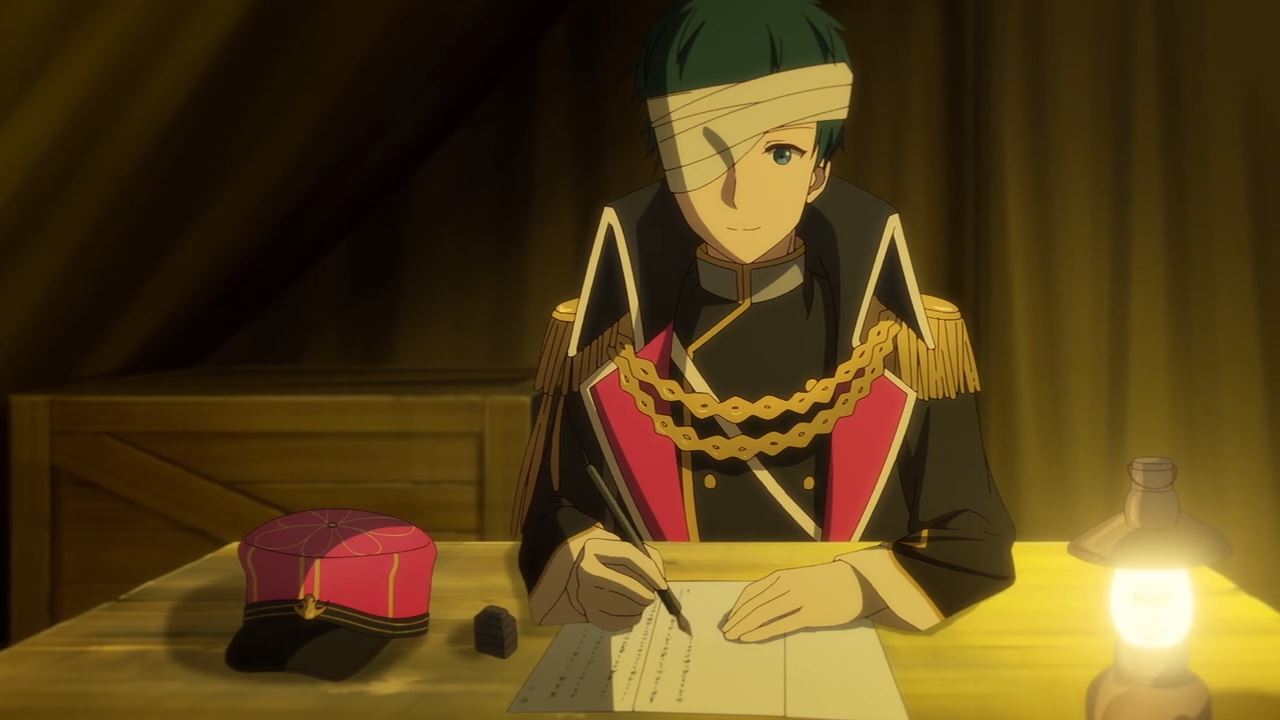 In fact, Yamae and the rest of the 525th Regiment are happy that Houkiboshi guided them until the end. While it’s sad that the entire regiment are already met their demise, at least Houkiboshi shared the pain with her fellow soldiers. 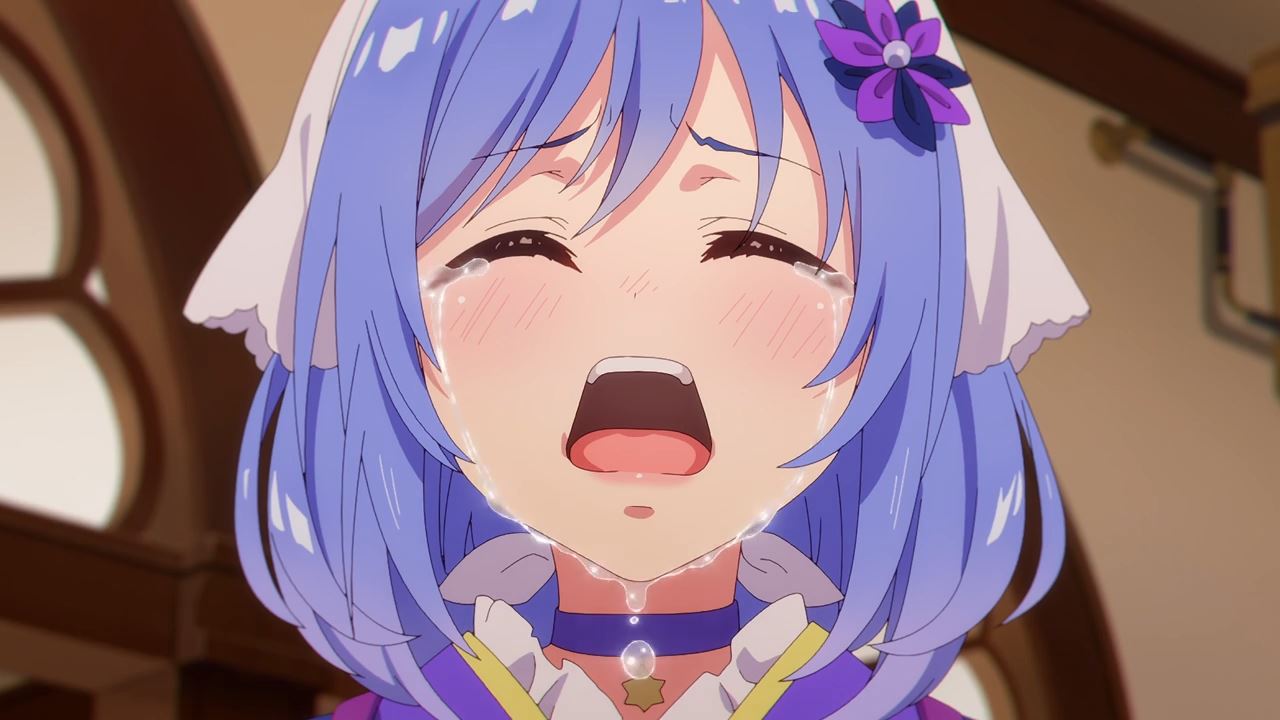 Thanks to Captain Yamae’s letter, it appears that Houkiboshi can finally speak as she let out a howl full of sorrow.

I have to say that her burden is lifted from her shoulders as Houkiboshi finally overcome her trauma now that she understands Captain Yamae’s parting words. 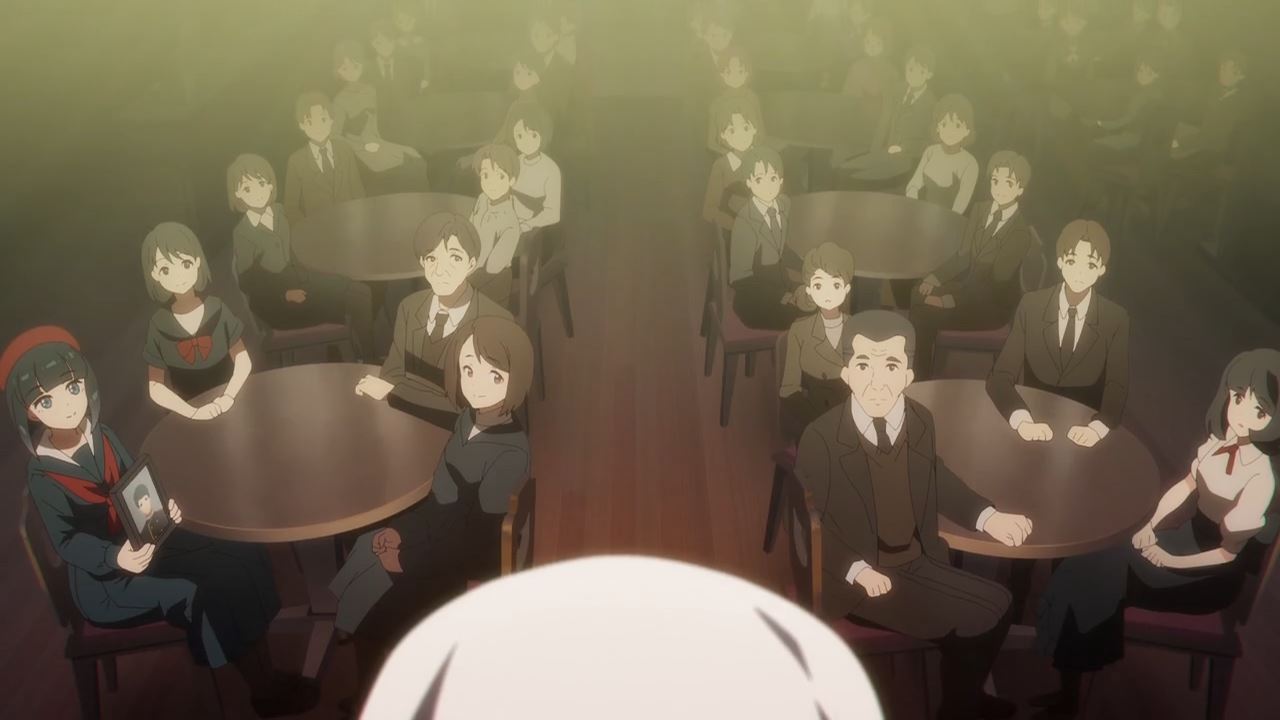 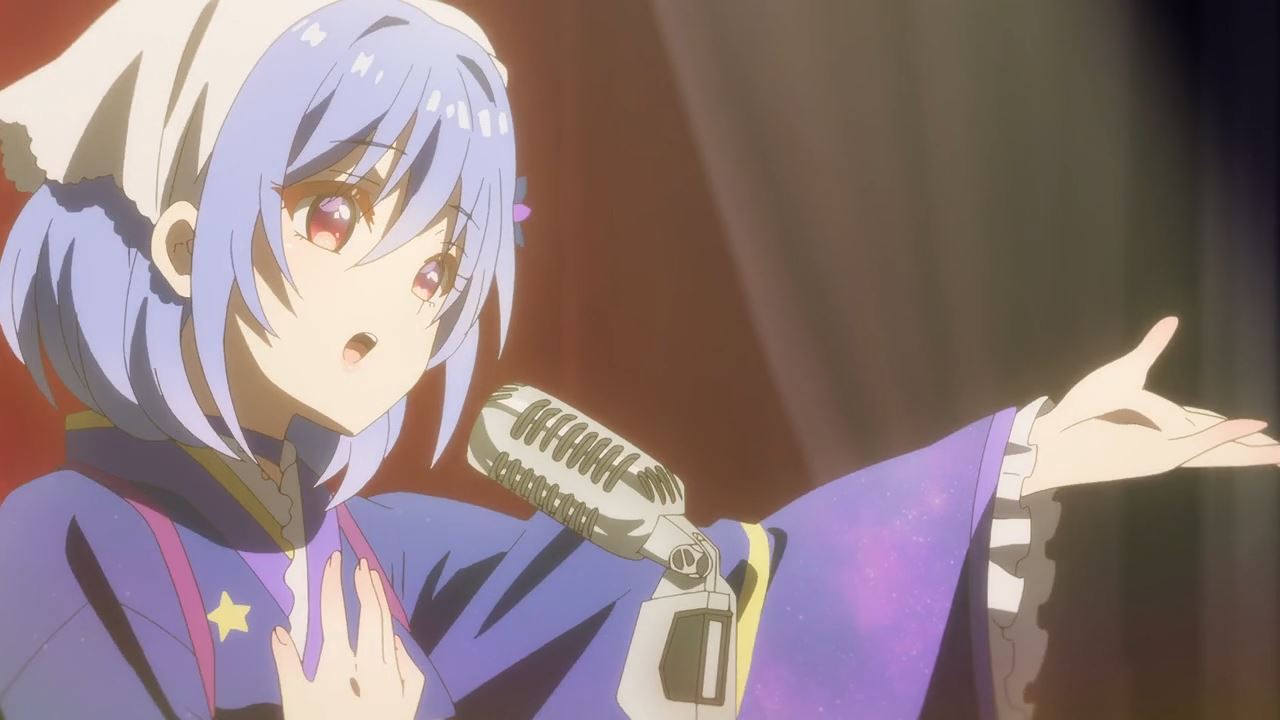 Now, let’s end this episode on a positive note where Houkiboshi performs in front the families who lost their loved ones in the war. I have to say that her singing voice is very pleasant to hear.

But that’s about it for Episode 3 as I’ll see you on the next episode where it’ll focus on Karasuba this time.