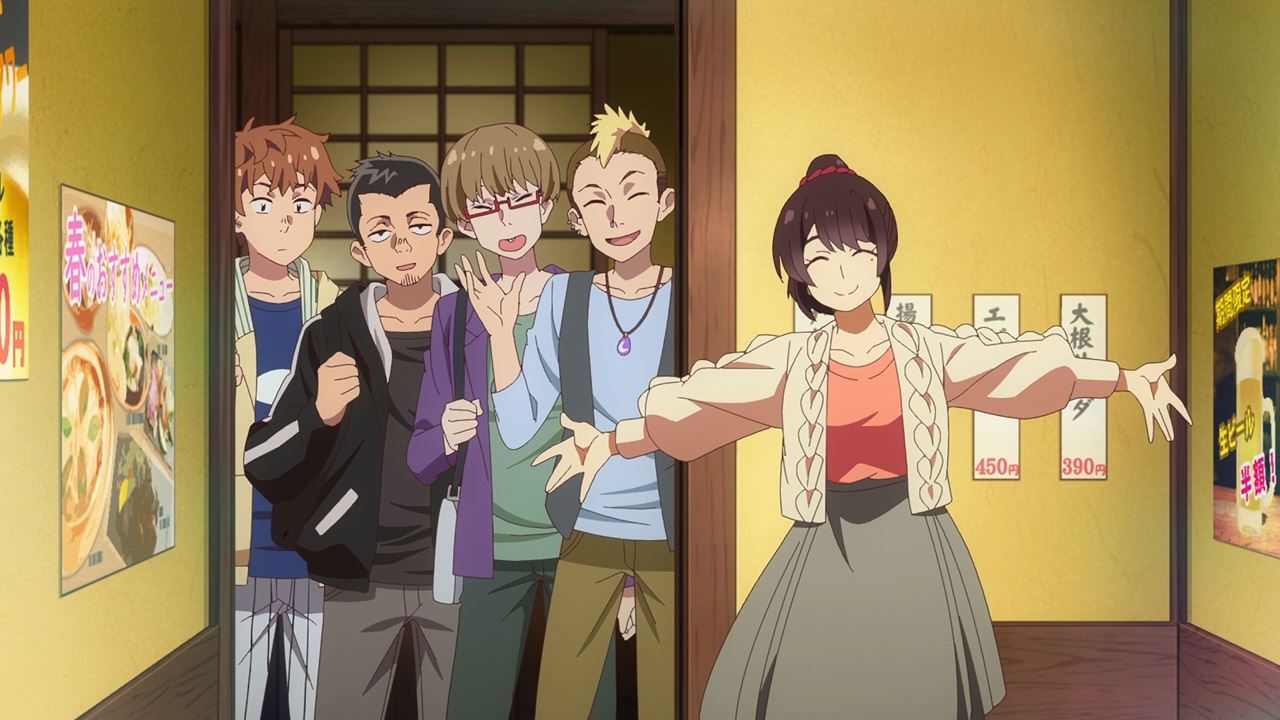 Let’s begin this episode where Kazuya Kinoshita got invited at a mixer, although he’s still embarrassed after giving a box of pickled plum to Chizuru Mizuhara as a birthday present. 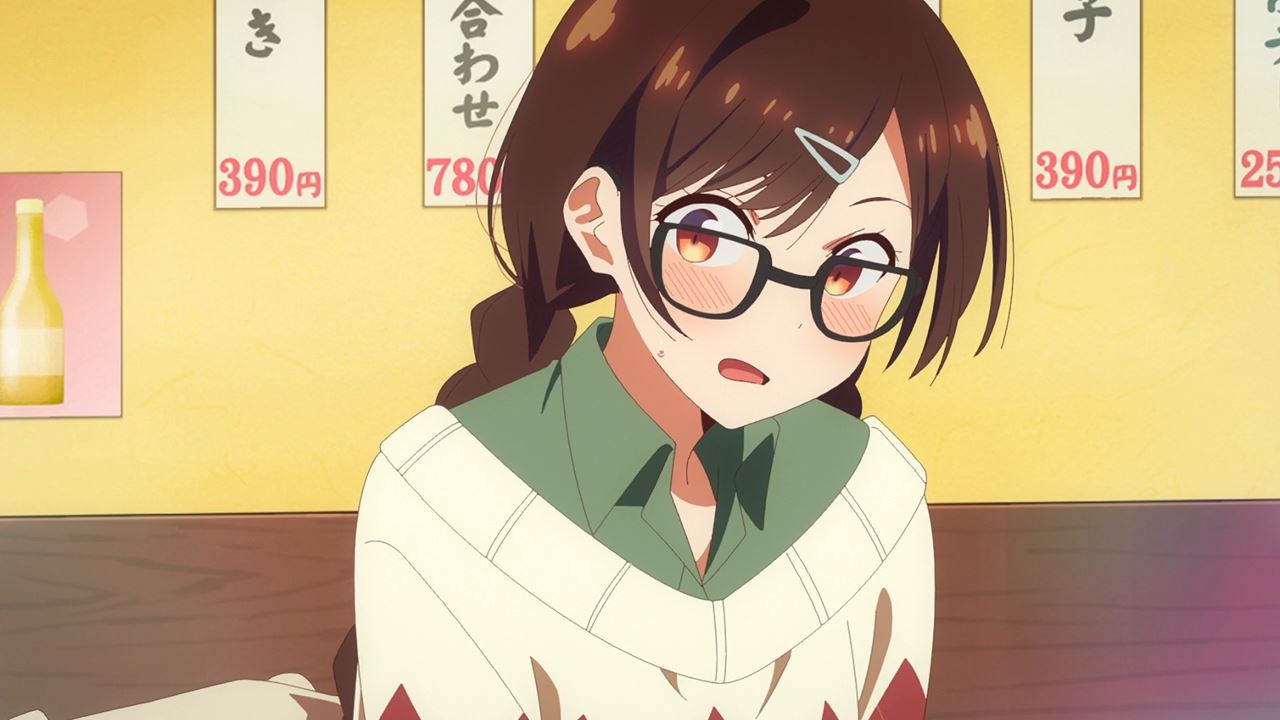 Speaking of Miz- Wait, is Chizuru Ichinose got invited at a mixer as well? This is really bad! 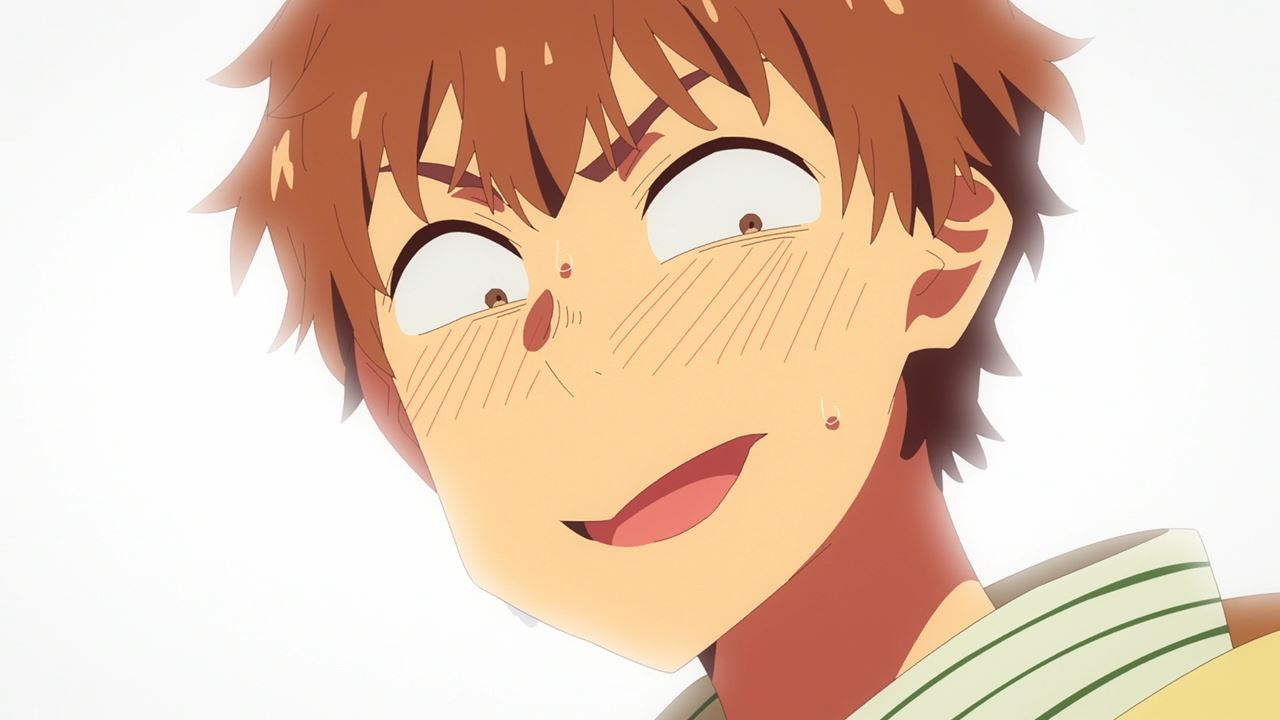 Even Kazuya Kinoshita is alarmed that Chizuru Ichinose might get exposed by drunkards as the rental girlfriend named Chizuru Mizuhara. 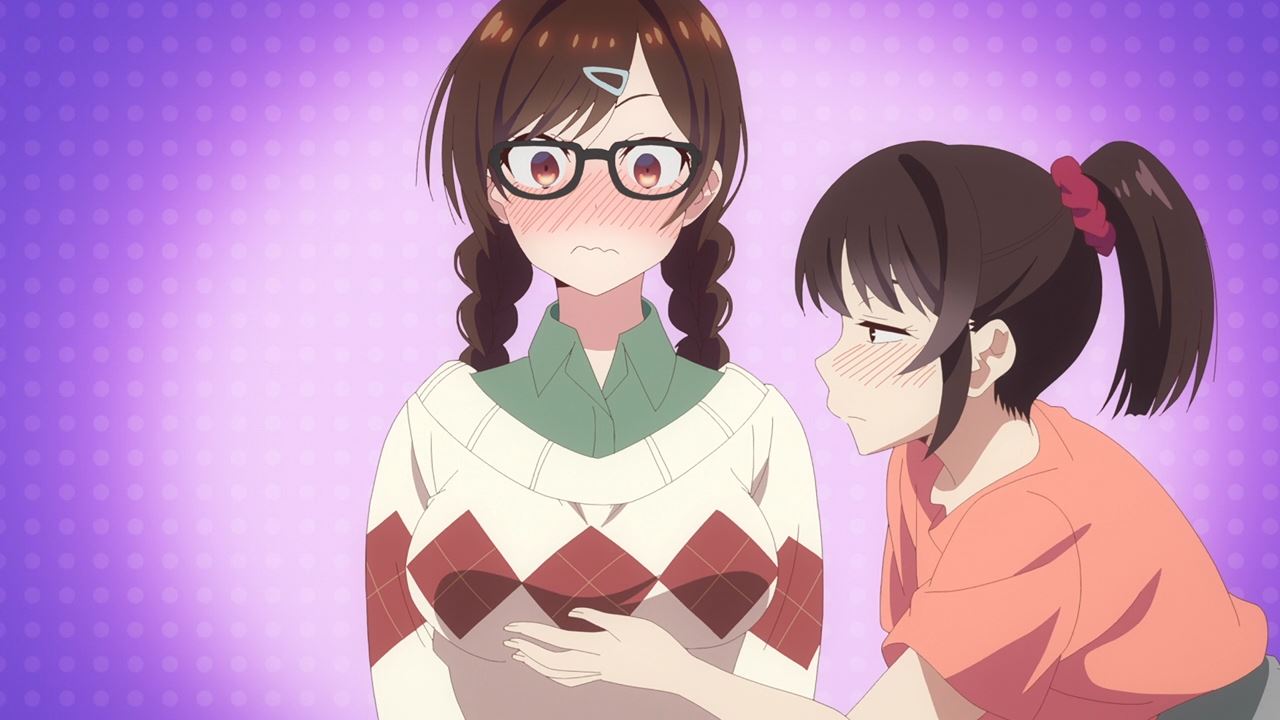 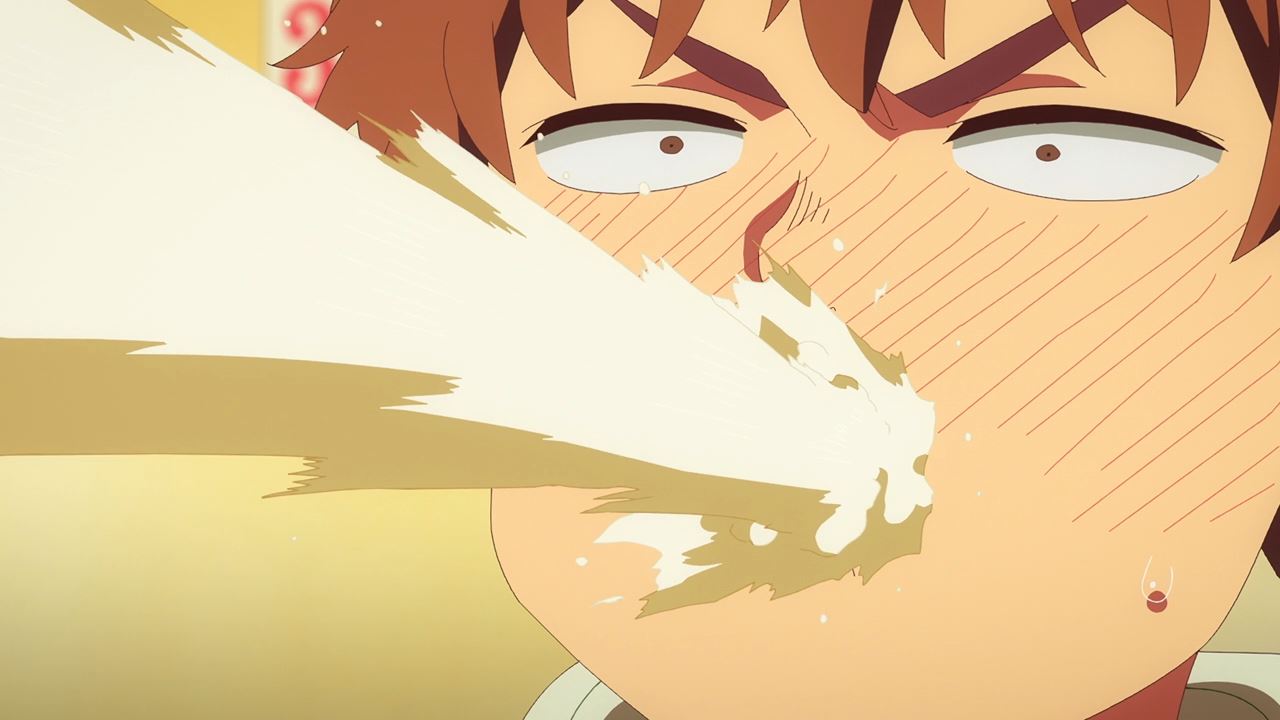 But then again, that doesn’t stop these raging college students from poking fun at Chizuru where one of the girls lift her breasts.

Yeah, Kazuya got a spit take upon seeing Chizuru’s jiggling tits, but it doesn’t stop there… 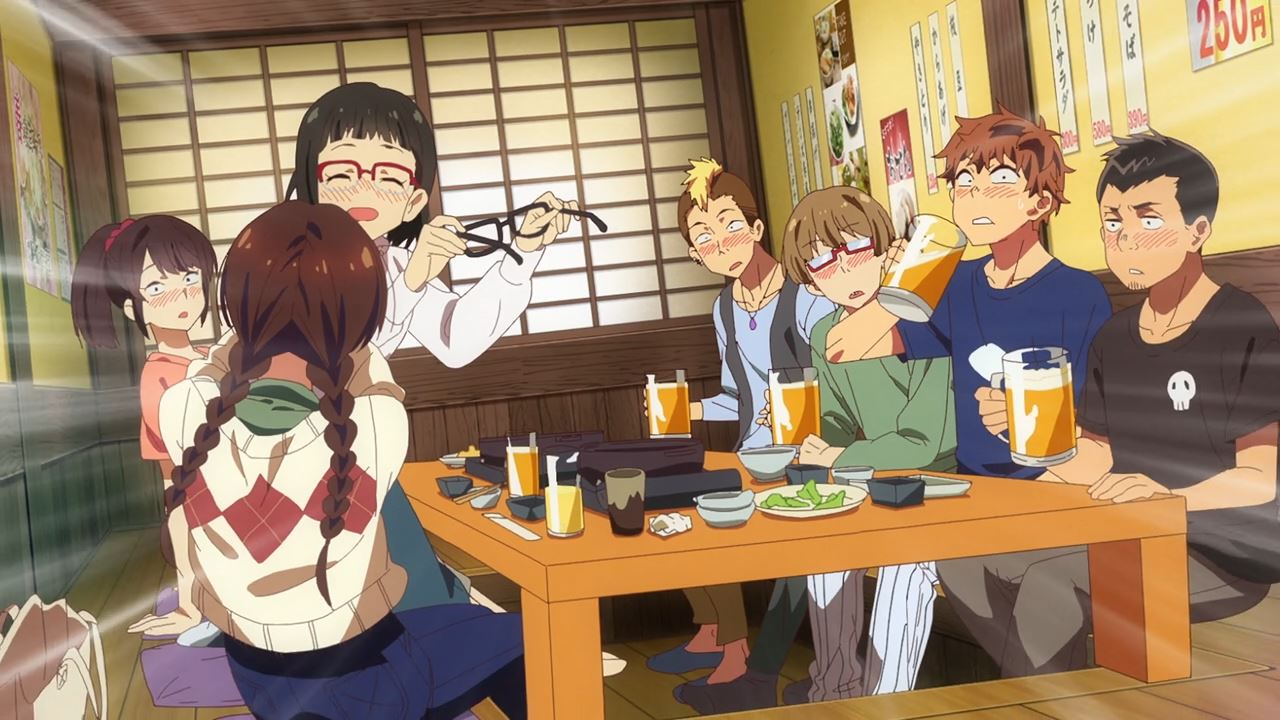 You see, her glasses was taken away by one of her friends as Chizuru tries to block her face. 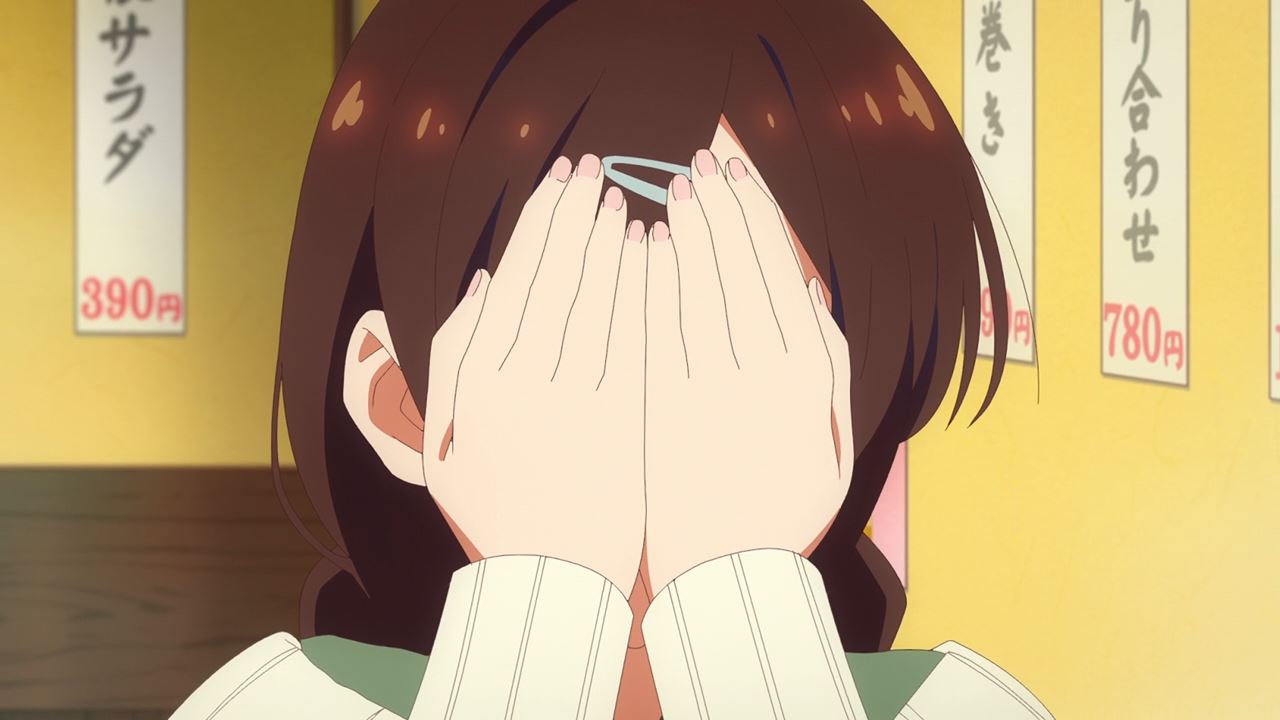 Then again, I have a feeling that it might be too late as someone might have a glimpse of Chizuru’s real face. Did Yoshiaki Kibe and the rest take a good look at her face? 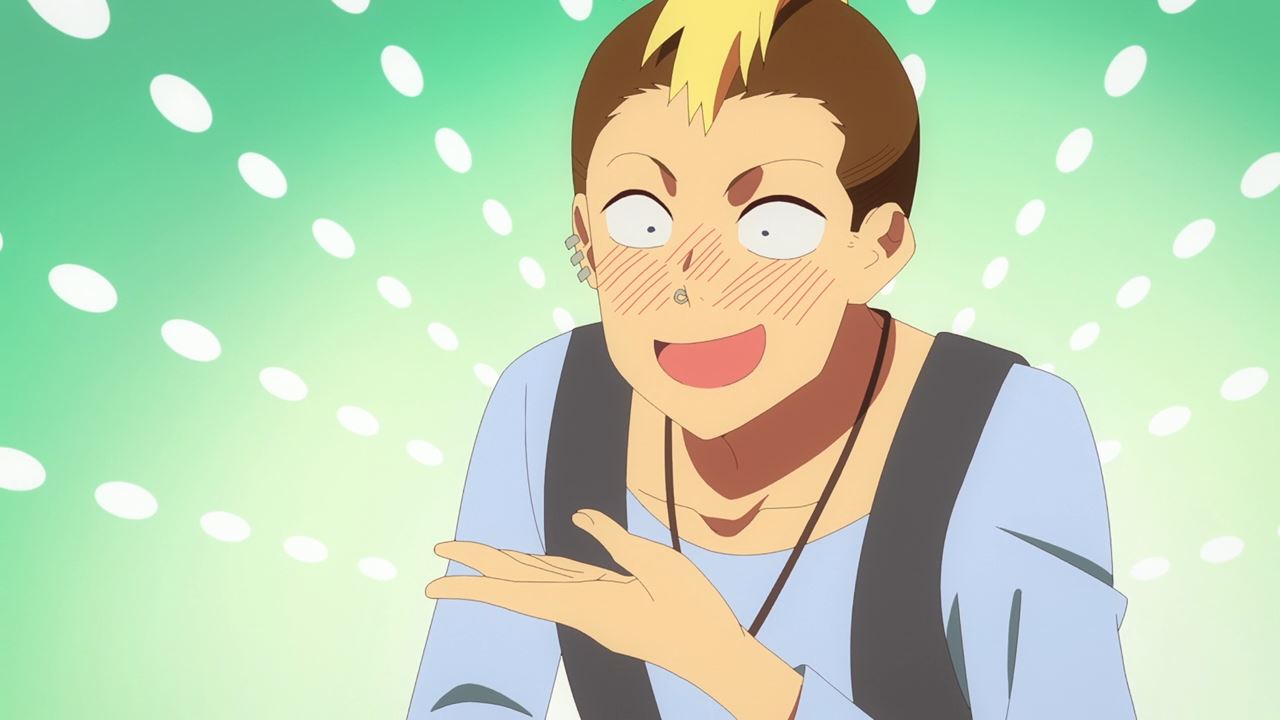 However, it appears that they’re too drunk to remember, let alone recognize Chizuru’s face without her glasses. Glad that their tipsiness has saved Chizuru’s ass for once. 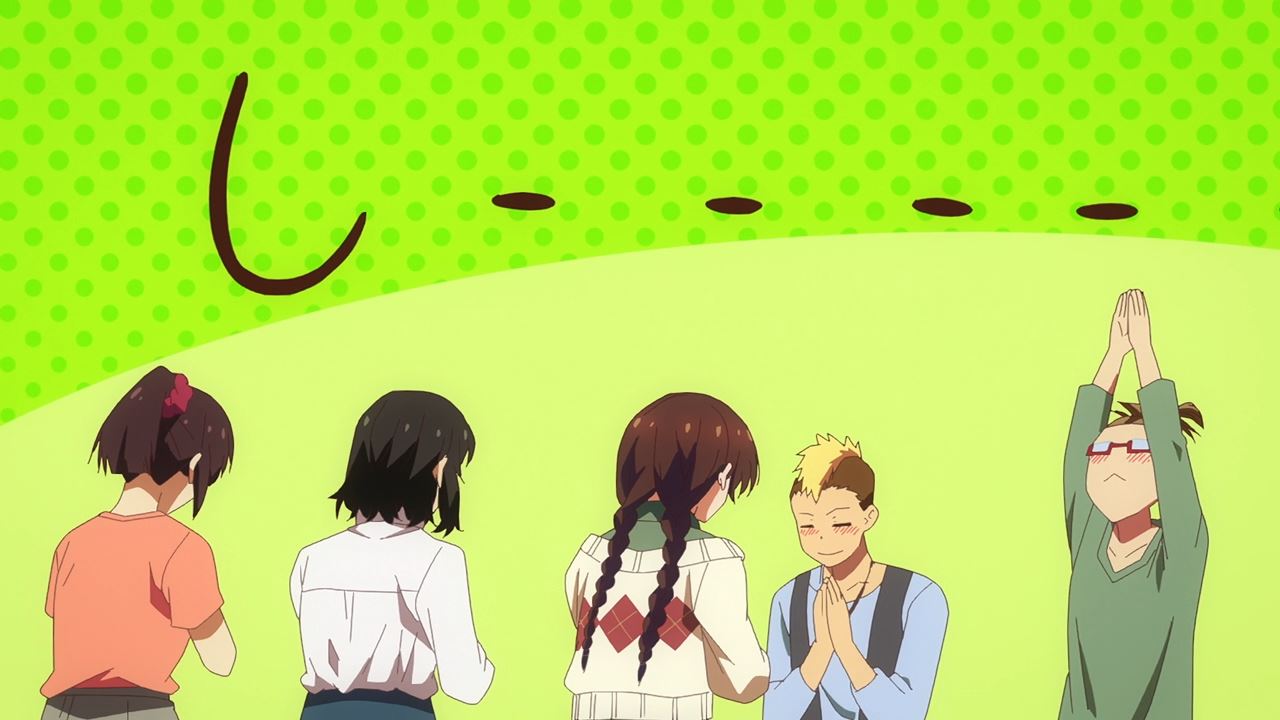 But this is not the end though as these rowdy drunkards are playing a game where a person who mess up will have to drink a glass of beer or any liquor drink. 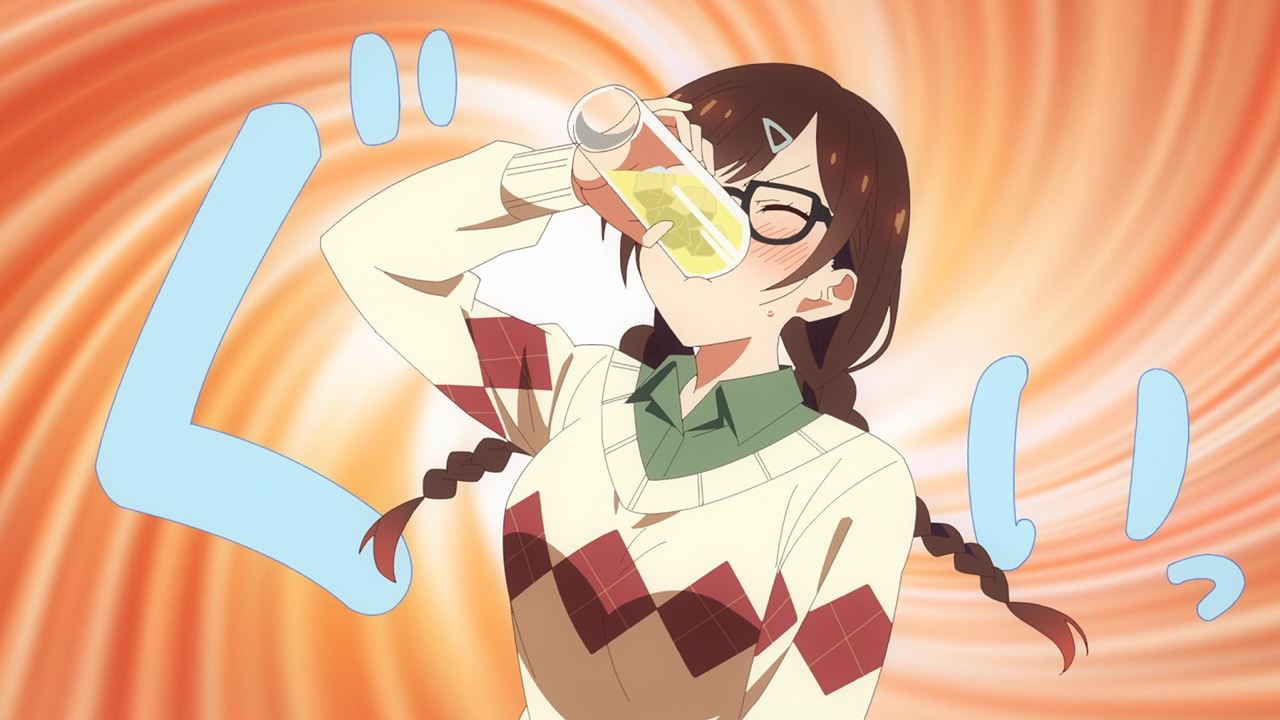 Oh yeah, here’s Chizuru Ichinose where she drank one glass of grapefruit sour like a champ.

Then again, I’m worried that she might not last long if Chizuru continues to drink alcohol until she’s drunk as hell. 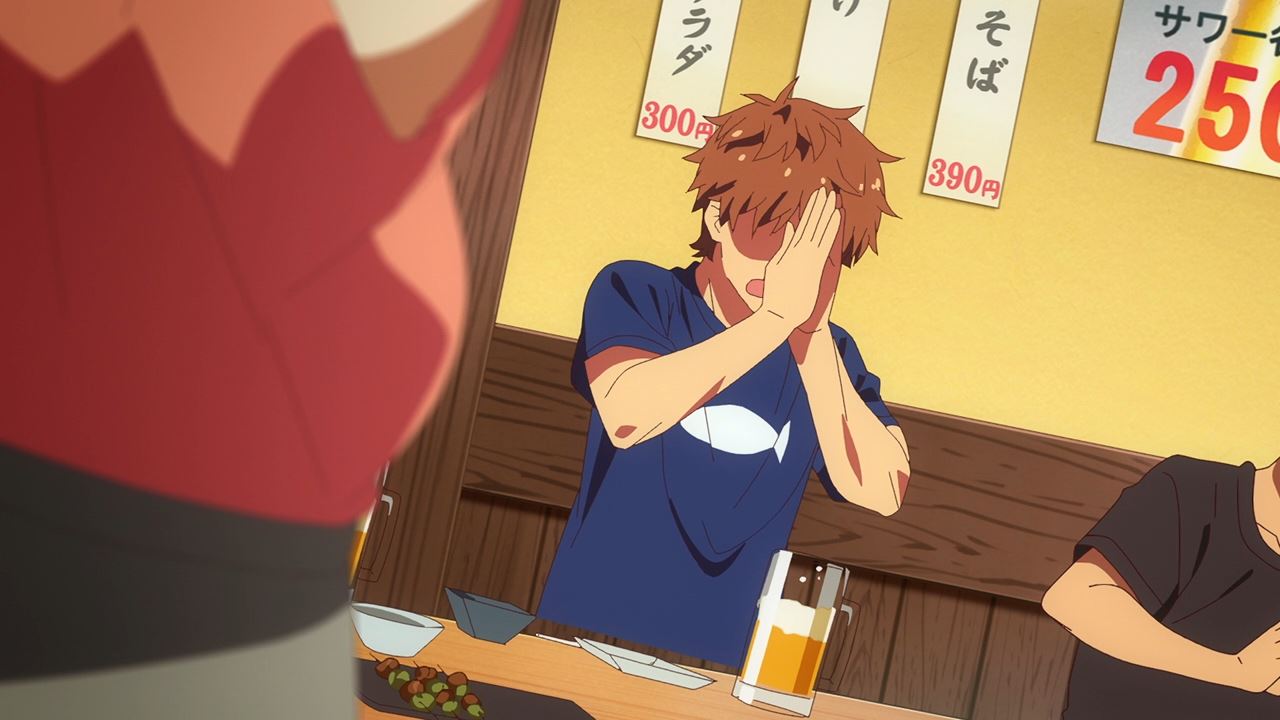 So, it’s up to Kazuya Kinoshita where he deliberately mess up the game and take the punishment for himself. 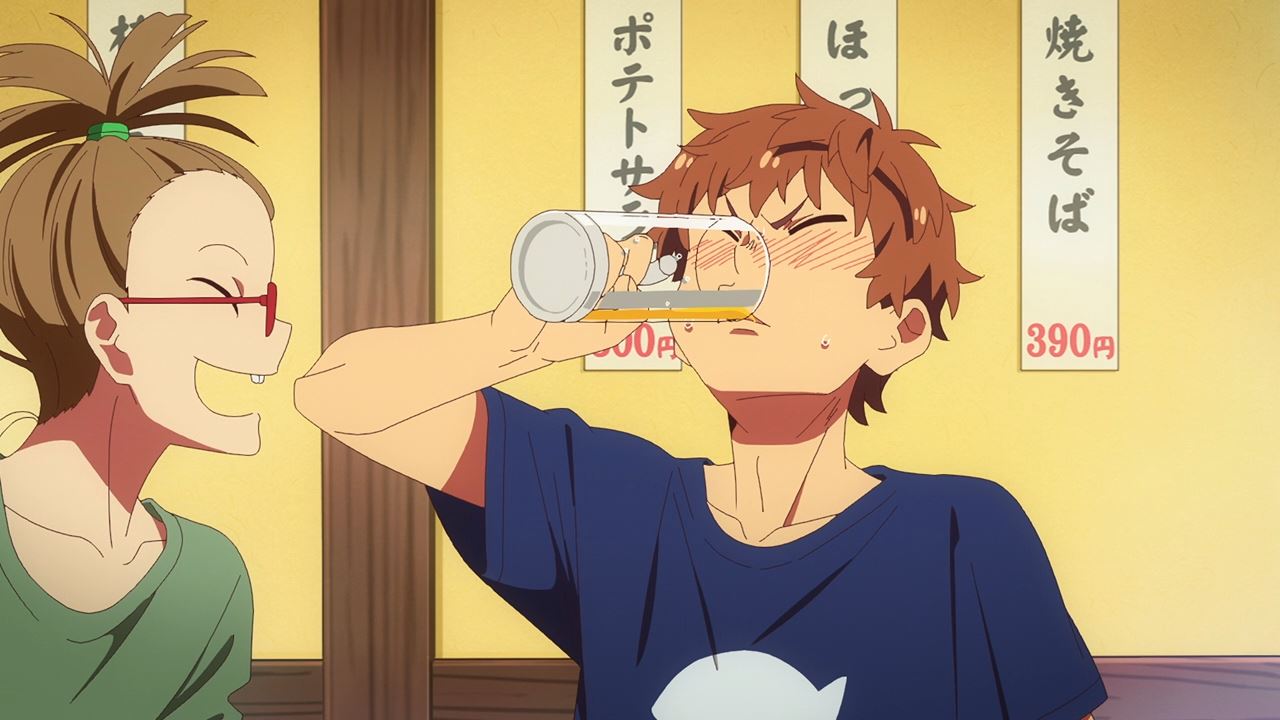 And look at him go as Kazuya chugs a glass of beer like there’s no tomorrow. I have a feeling that he’ll have long-term liver damage if left unchecked.

But hey, Kinoshita managed to protect Chizuru Ichinose’s alter ego. Now comes the hardest part which is finding his way back home while being intoxicated. 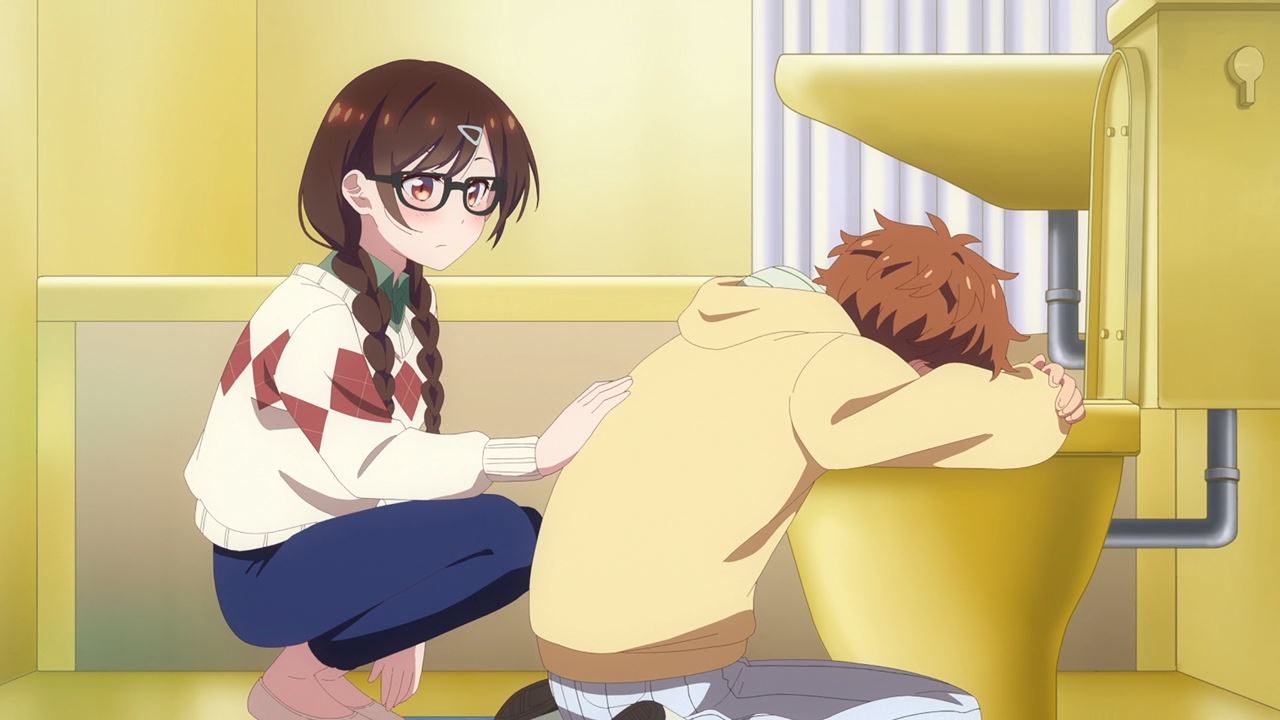 Fortunately, Chizuru lend her hand to help Kazuya until he reached his apartment and hurl like there’s no tomorrow. Then again, Kinoshita will have a nasty hangover afterwards. 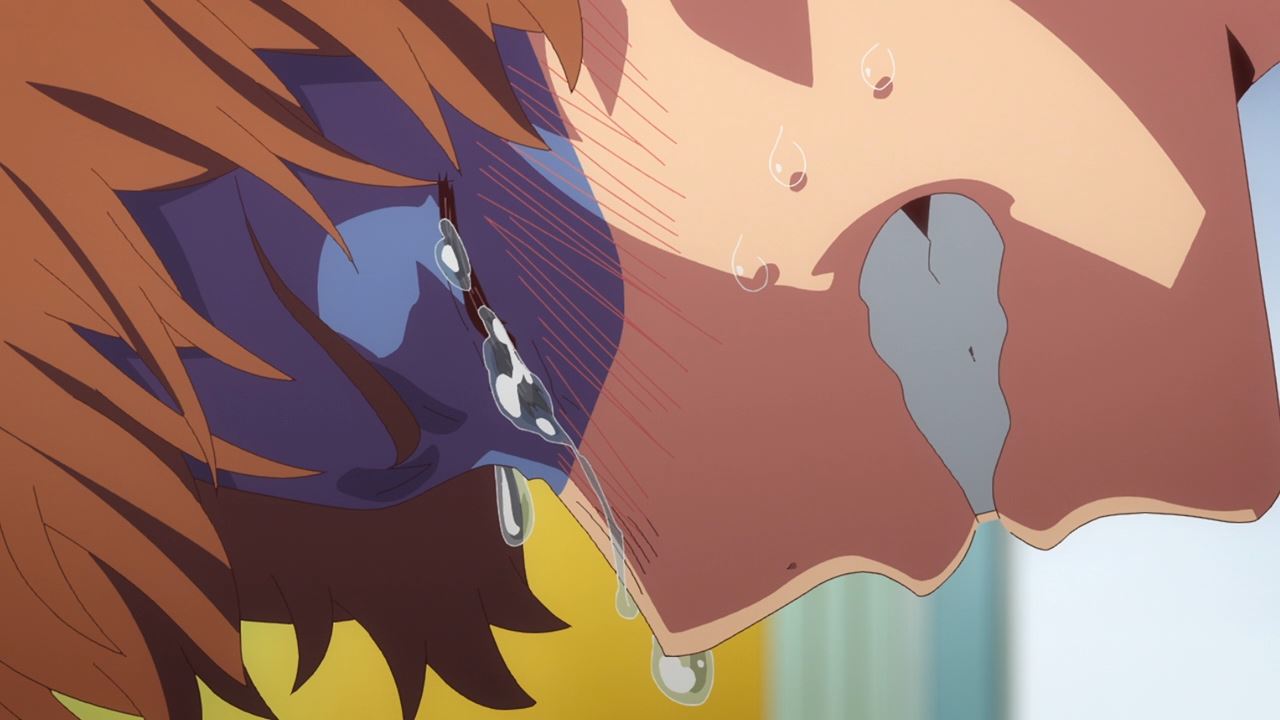 Anyways, I have to say that Kazuya Kinoshita is both a hero and an idiot where he sacrifice his liver to save Chizuru Ichinose (or Mizuhara) from being exposed as a rental girlfriend.

Still, I wonder when will Kazuya date Chizuru for reals instead of- Wait, that won’t happen! With that said, I’ll see you next time.