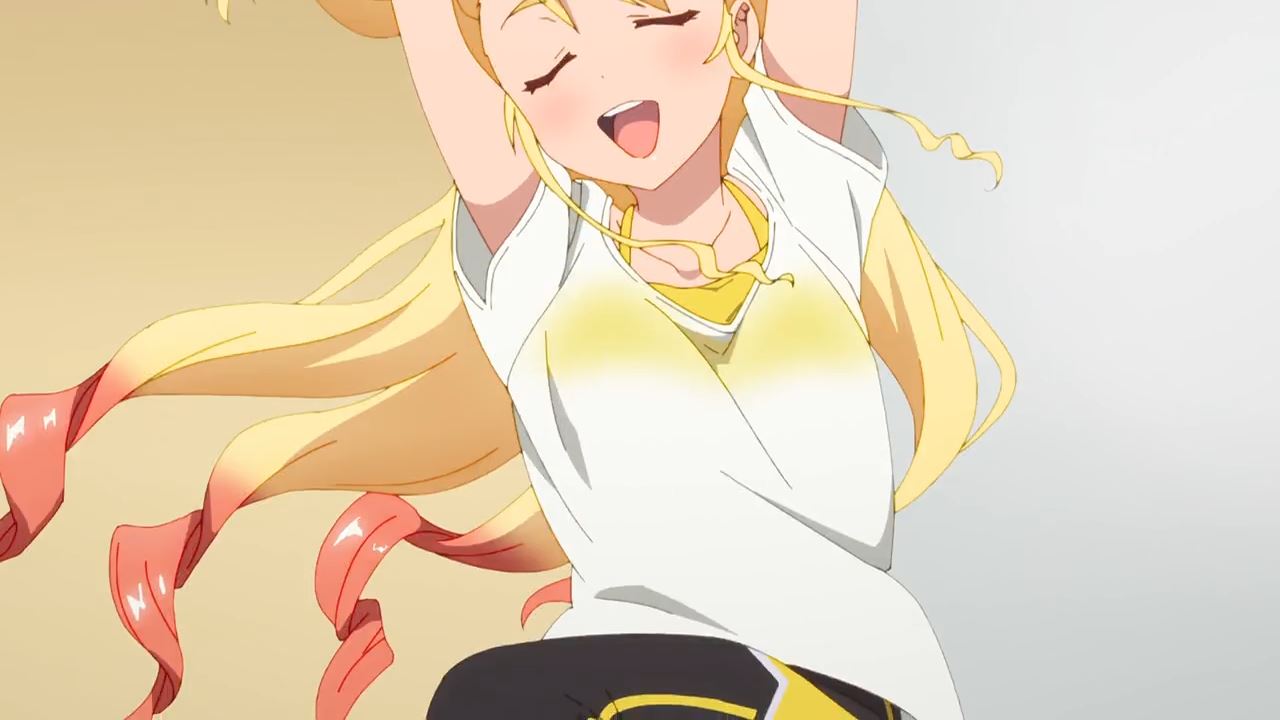 Let’s begin this episode with Rio Seibu where she spins like a cyclone. C’mon, she’s the most amazing idol from TINGS! 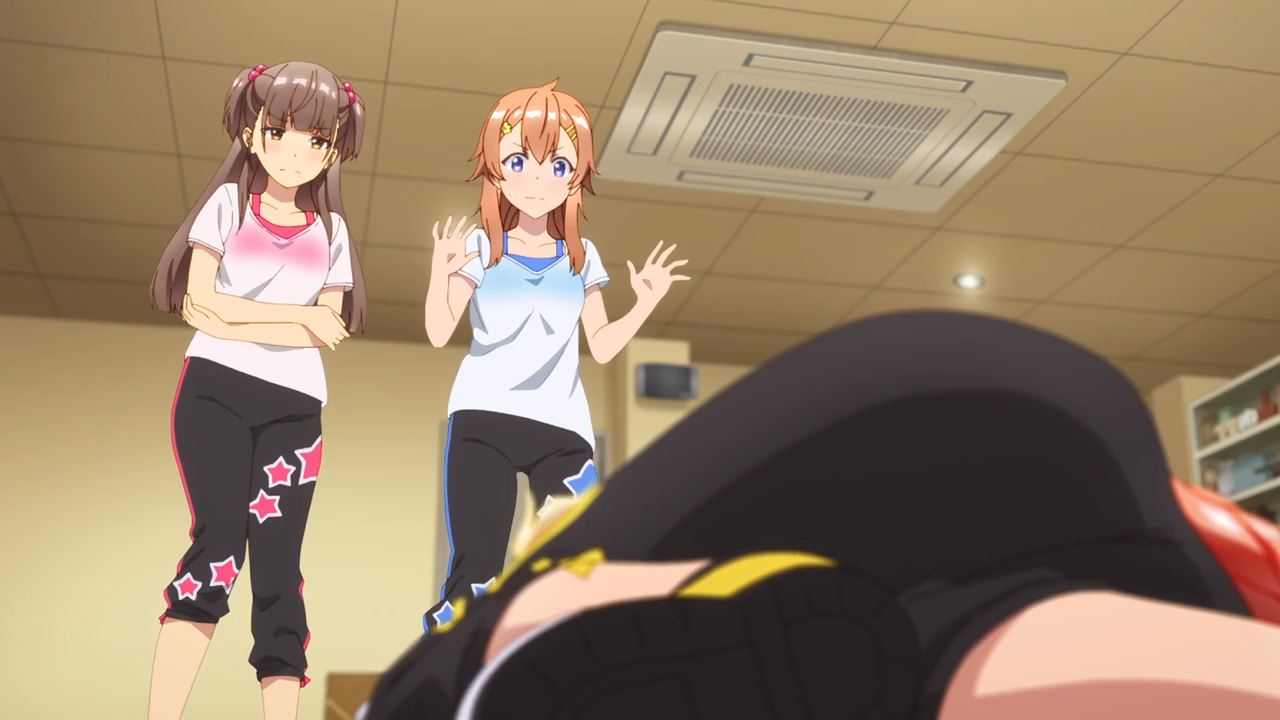 Actually, it’s a lie as Rio-sama collapsed after spinning round and round. I have a feeling that Naoki Hinase will have to fix Rio soon… 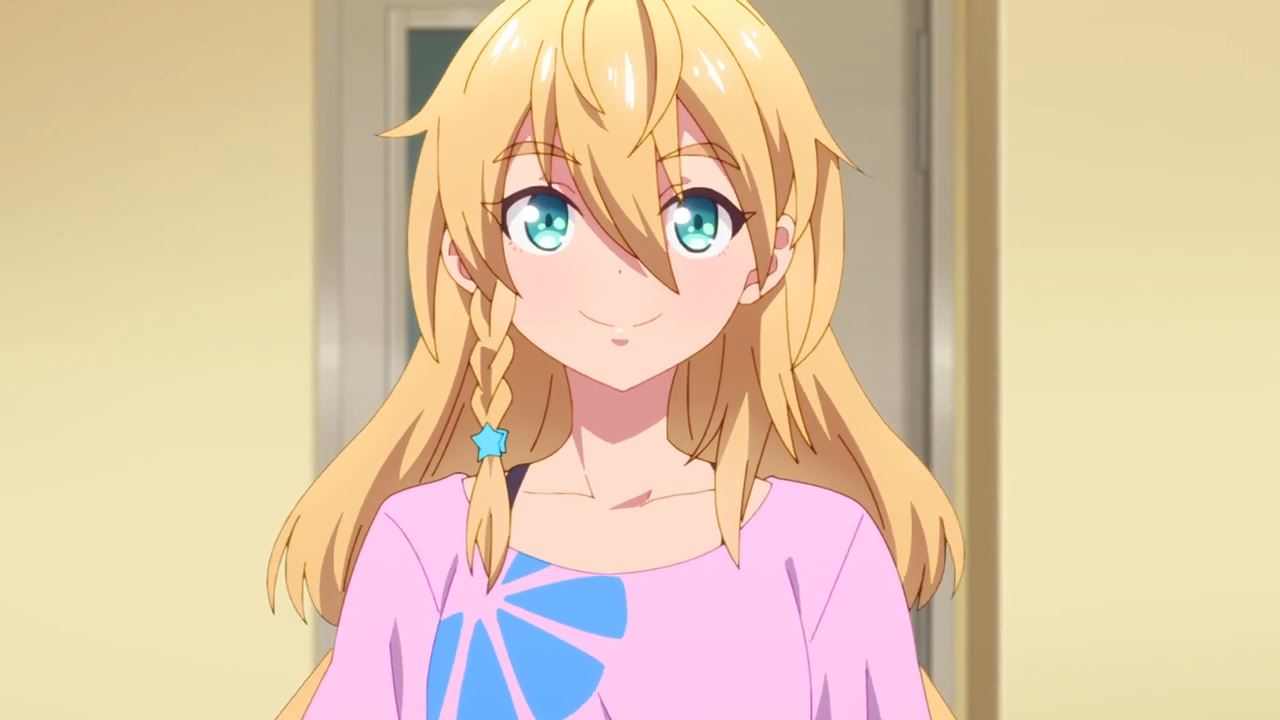 Oh yeah, it appears that Nanami know Naoki-san’s past, especially when he previously handled an idol group in another company. Could it be HY-RAIN or possibly the legendary idol Hotaru? 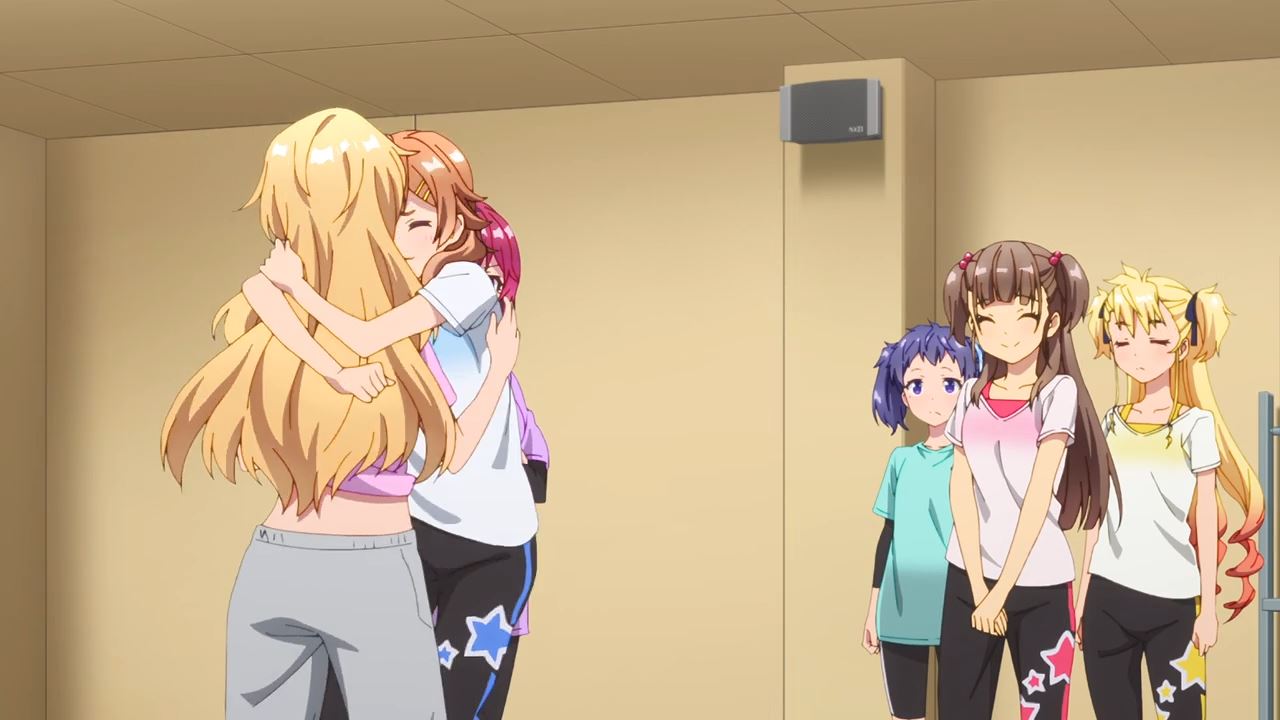 For now, Nanami Totsuka will train both Yukine Gionji and Momiji Itou as they need to make their debut as soon as possible.

Still, Haru Nabatame is happy to see Nanami-sempai again where she’s proud to say that TINGS is on a roll. Looks like having a sold-out concert in Nakano Sun Plaza is within their reach. 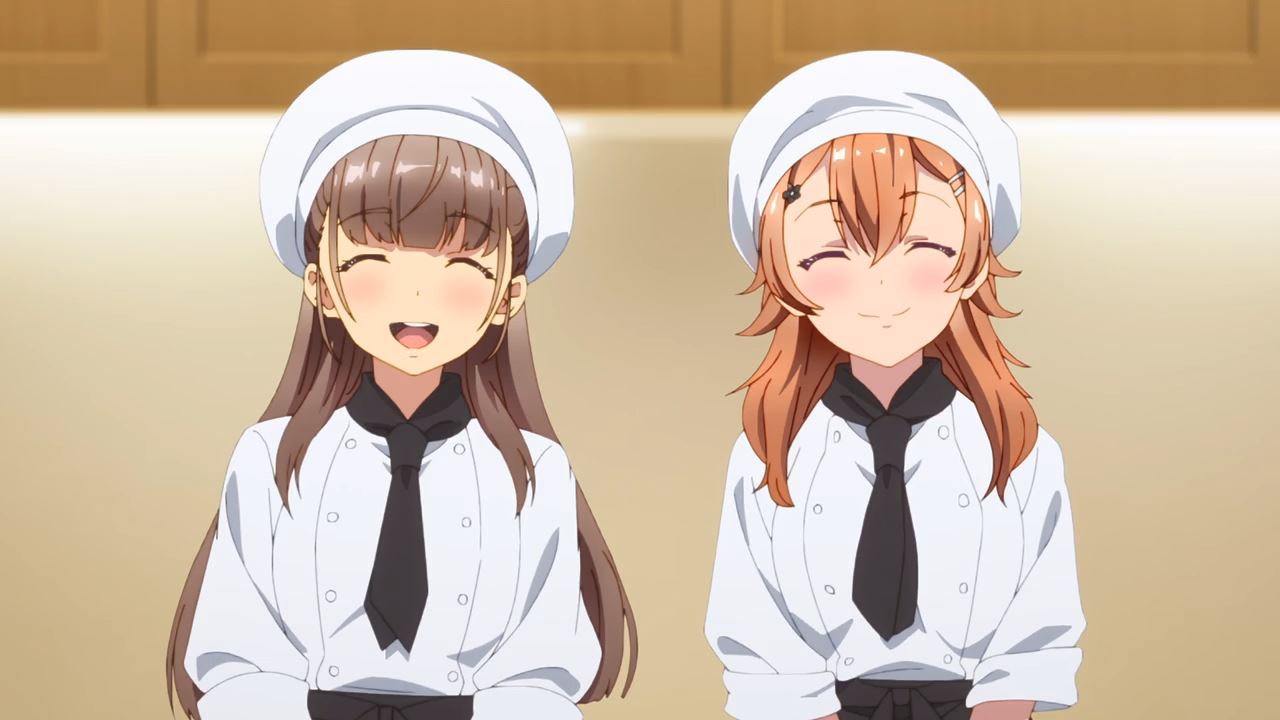 Anyways, Naoki Hinase got some great news for TINGS as they got an offer to become a store manager for a day. 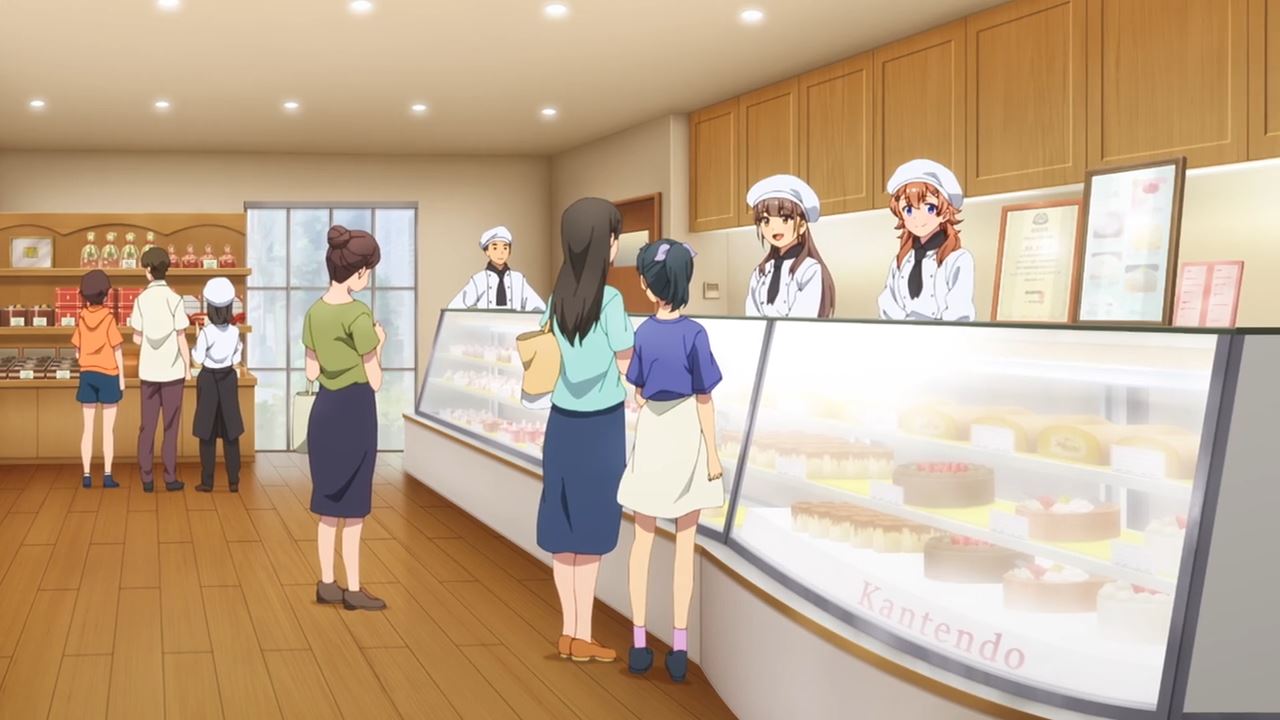 As you can see, both Kyouka Tamaki and Haru Nabatame are having a good time as store managers at a bakery named Kantendo, but what about Rio Seibu? 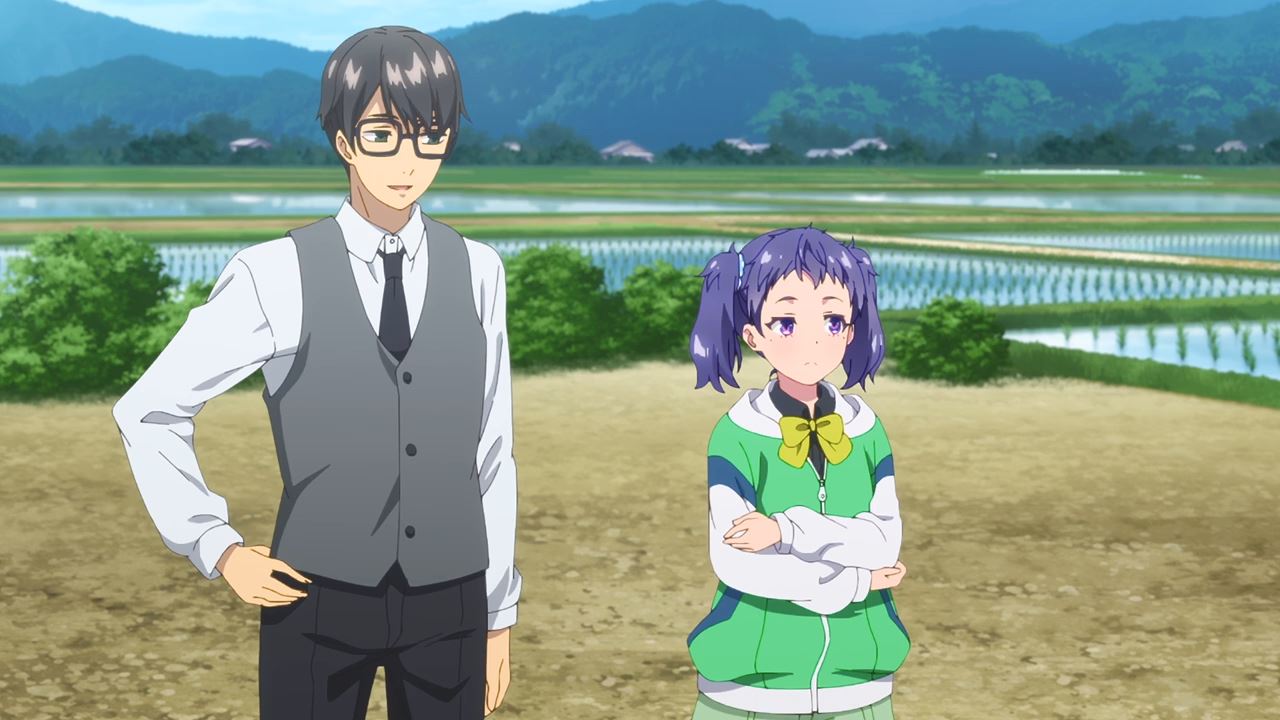 Well, she went to the farmland together with Nanami Totsuka. Also, both Naoki Hinase and Momiji Itou are here to observe both idols from Brightest Production. 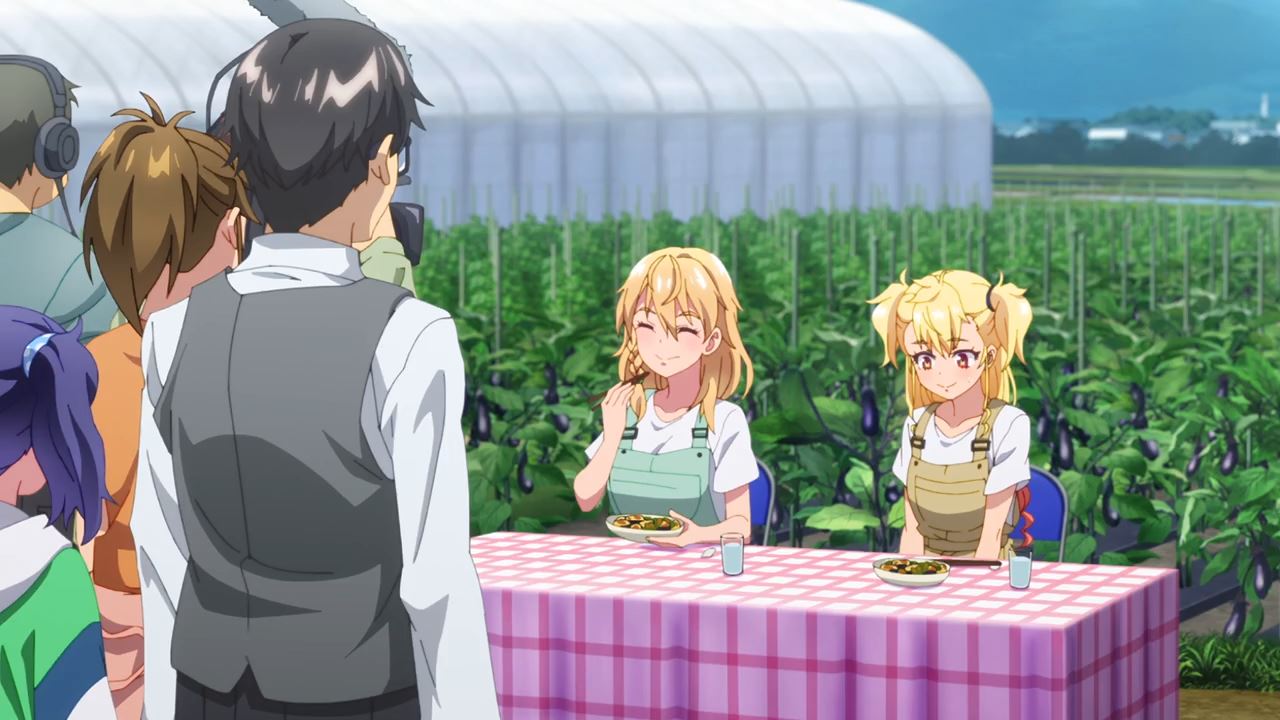 Anyways, here’s both Nanami and Rio-sama where they’re gonna eat some cooked meals, although the latter is a bit nervous as she hates eating peppers.

But you know what, Rio Seibu can’t be picky when it comes to food as she’ll have toughen up and eat it. 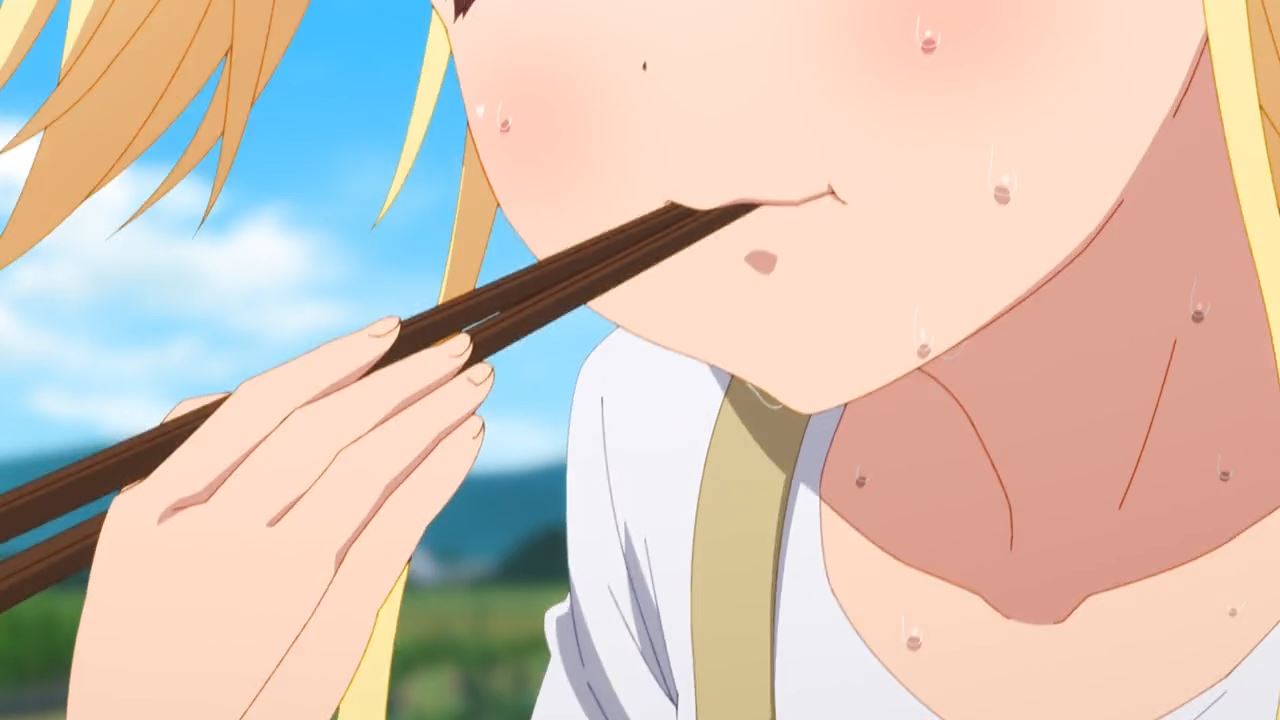 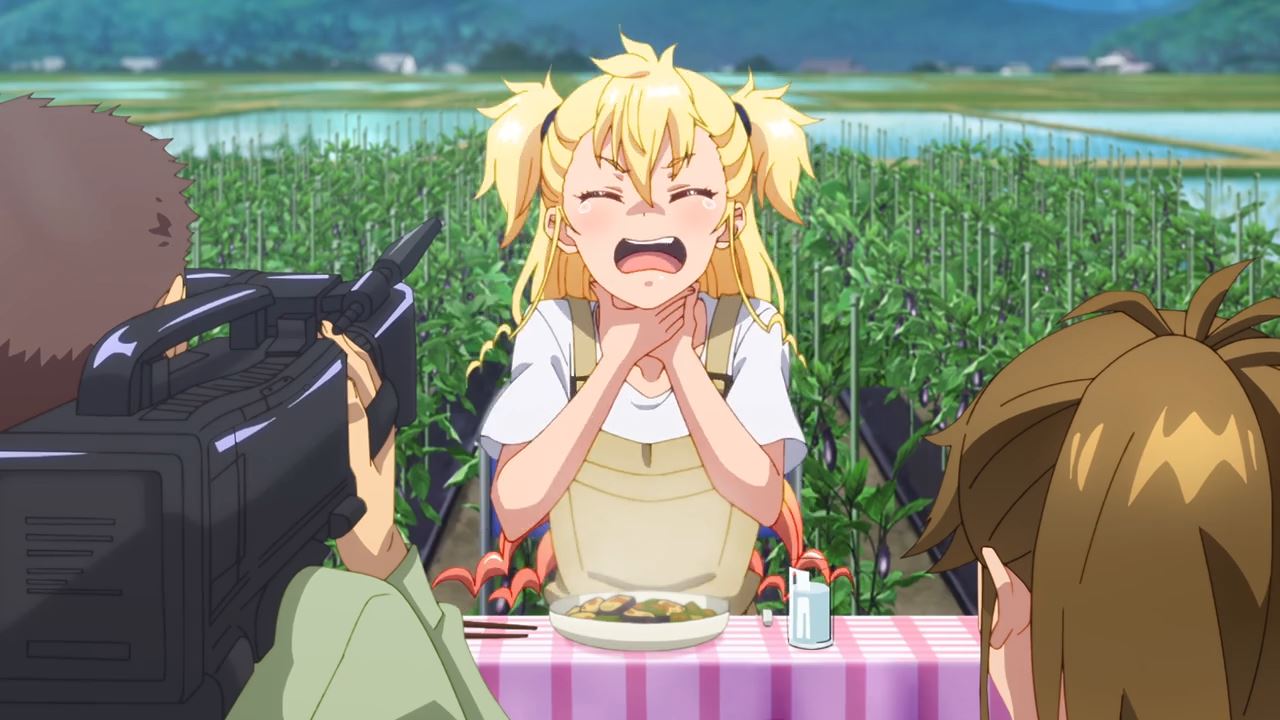 Except that she can’t eat all of them as Rio-sama doesn’t like bitter peppers. Looks like she showed her embarrassing side in front of the camera that the production crew will have to cut her part. 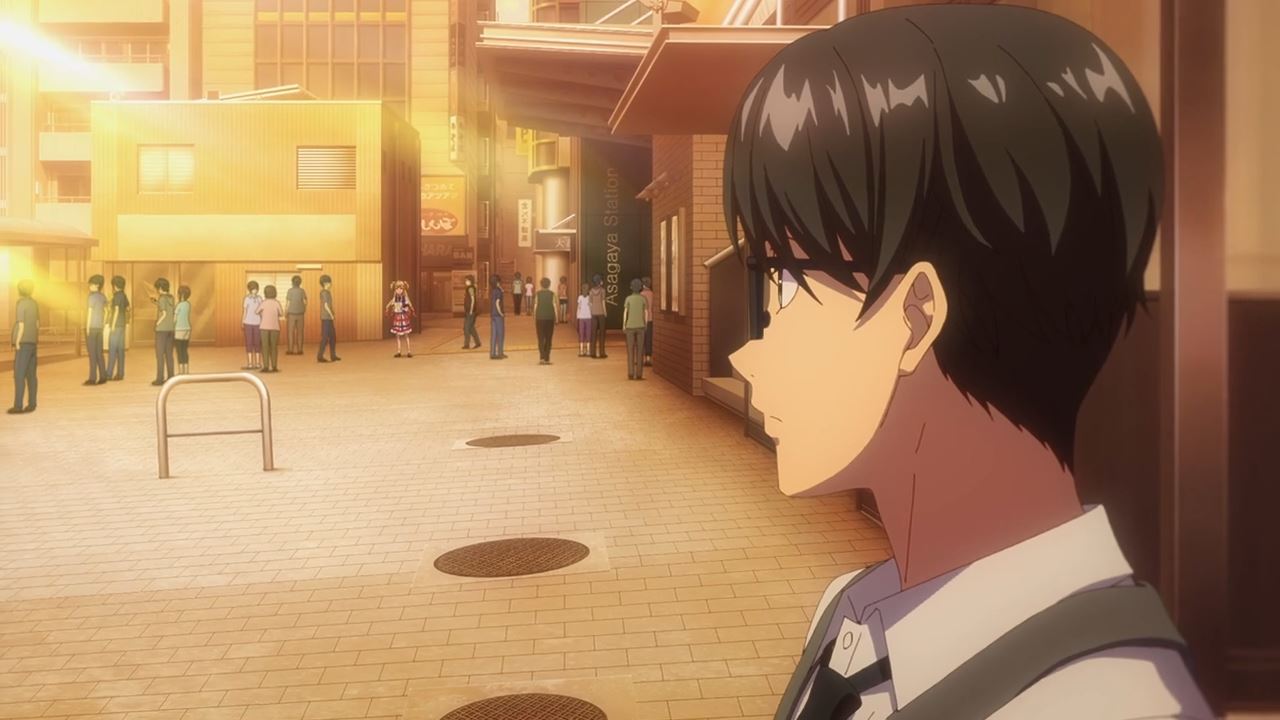 Of course, there’s still more woes from Rio Seibu where she still wants to get noticed by everyone. Sure that Rio-sama claims that she’s an amazing idol, but the truth is that Seibu is struggling hard. 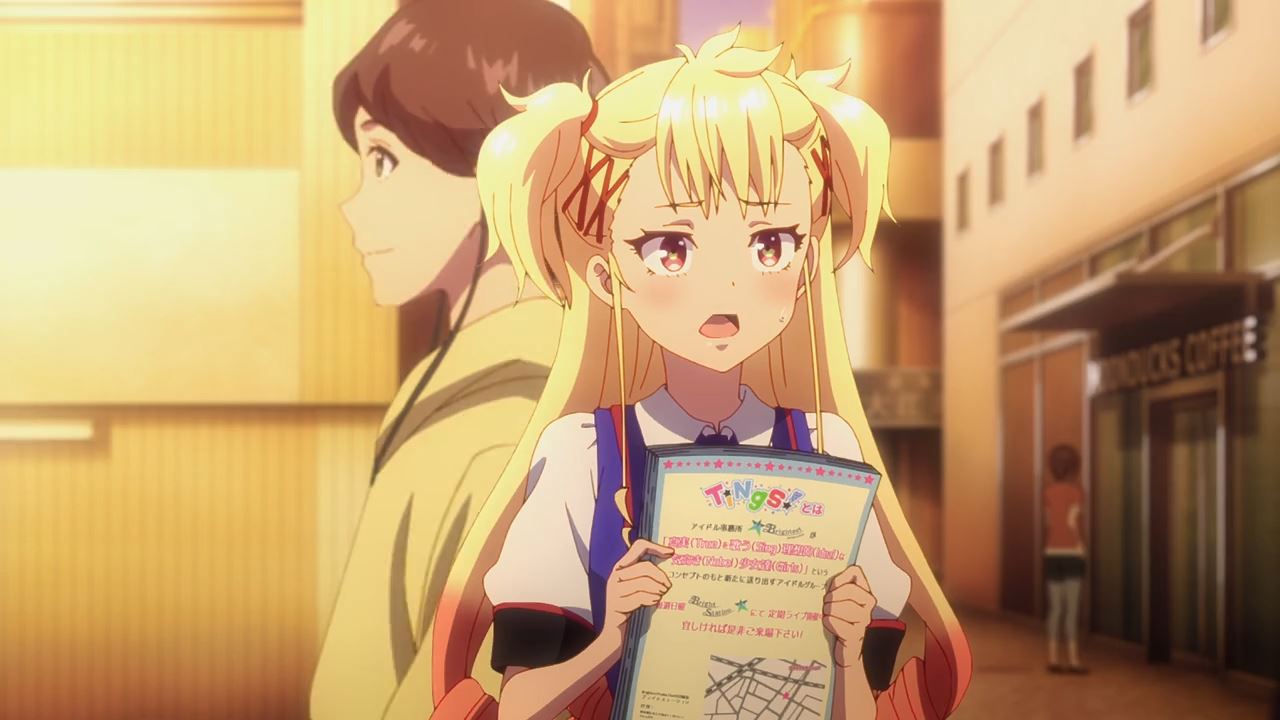 Now then, looks like Naoki Hinase sees Rio Seibu trying her best to hand out flyers to random people across the street. As you can see, she’s about to cry as no one notice her. 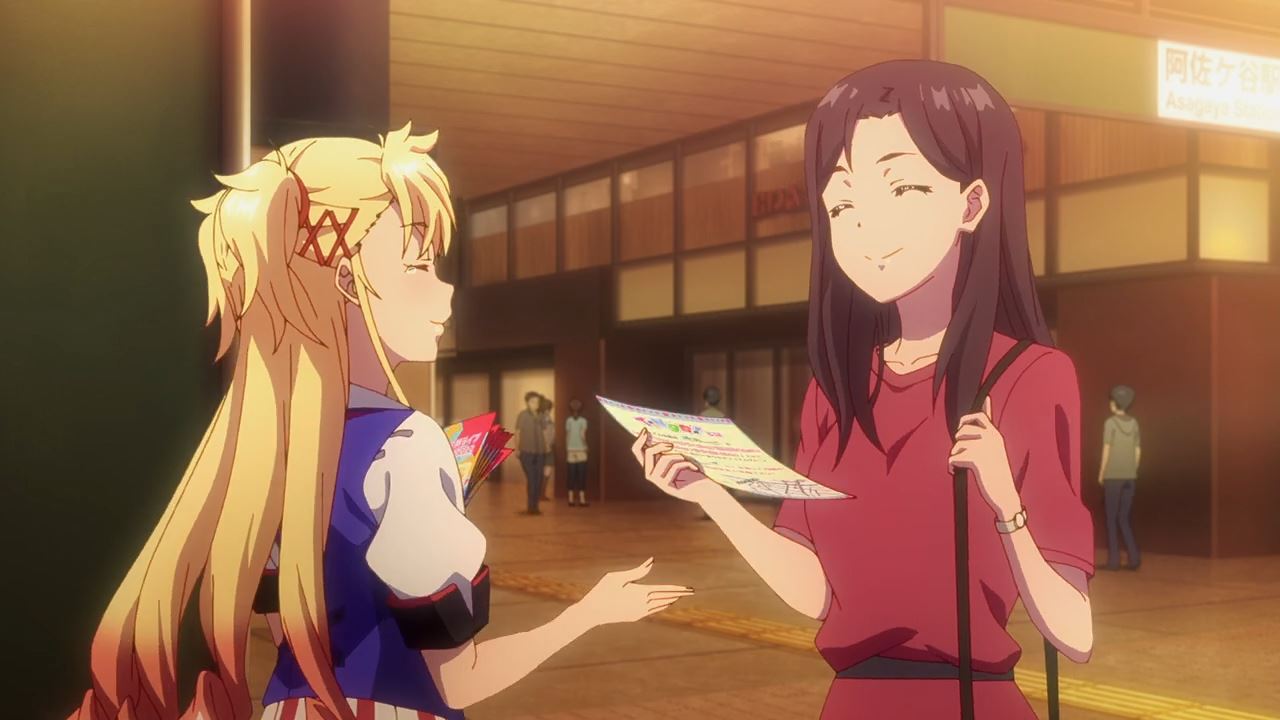 Fortunately, there’s one idol fan who noticed Rio Seibu but still, Rio is struggling to attract new fans compared to her groupmates Kyouka and Haru. 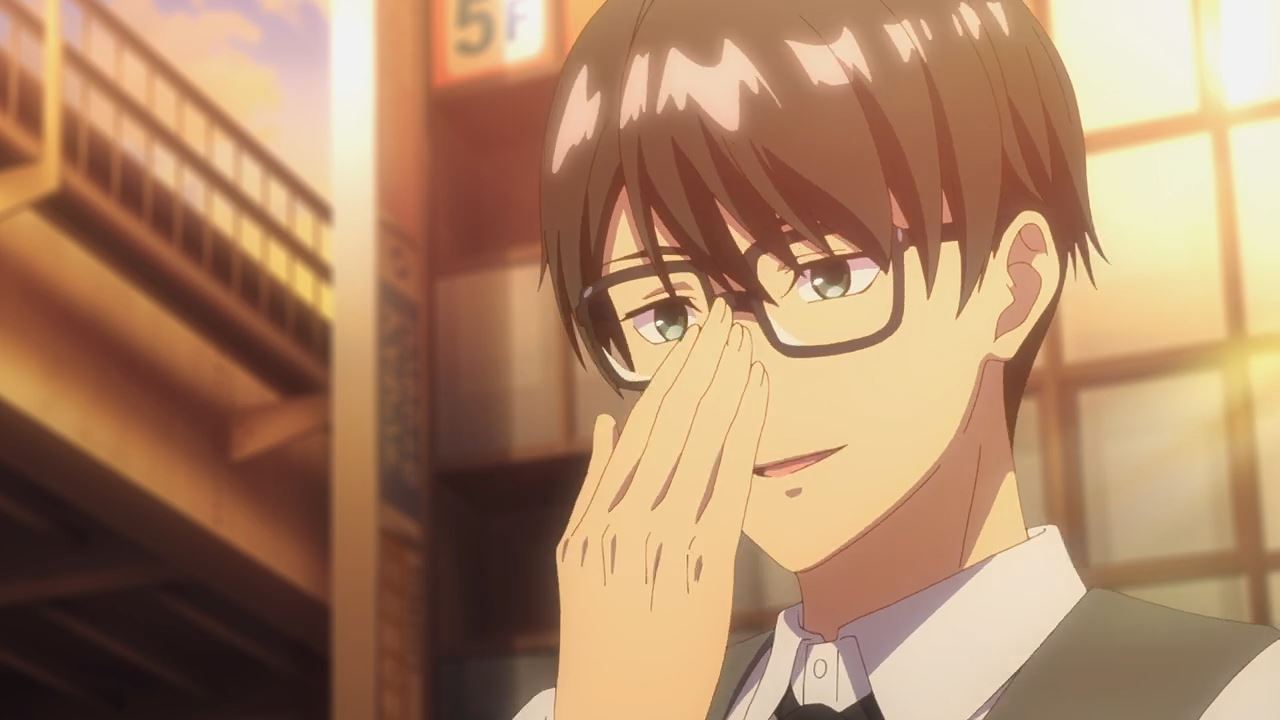 Anyways, looks like Naoki Hinase will have to fix Rio Seibu and overcome her weakness so that TINGS will become a rising star in the idol world.

Let’s hope that he succeeds on the next episode as Naoki-san doesn’t want Rio to be the weakest link of TINGS.