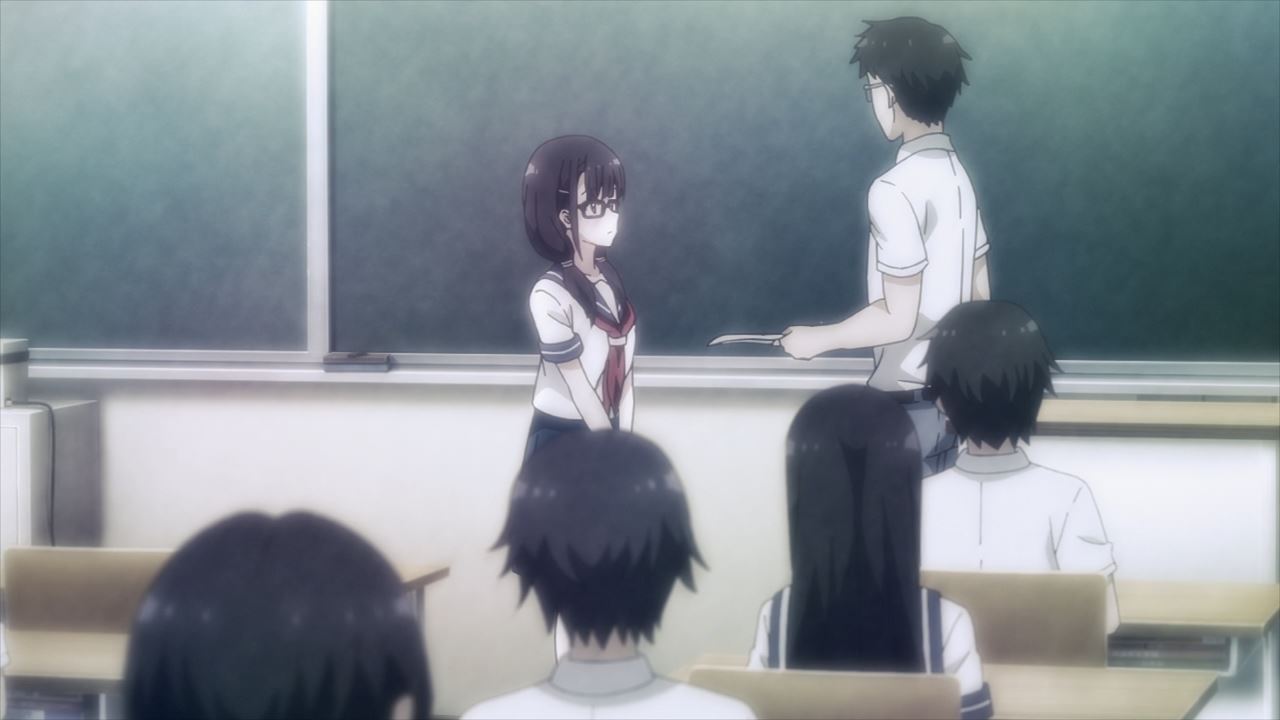 Well everyone, it appears that this anime series begins with a flashback where it shows Mizuto and Yume’s middle school life.

Anyways, turns out that Yume Ayai is one heck of an achiever where she studies hard to take the top spot. 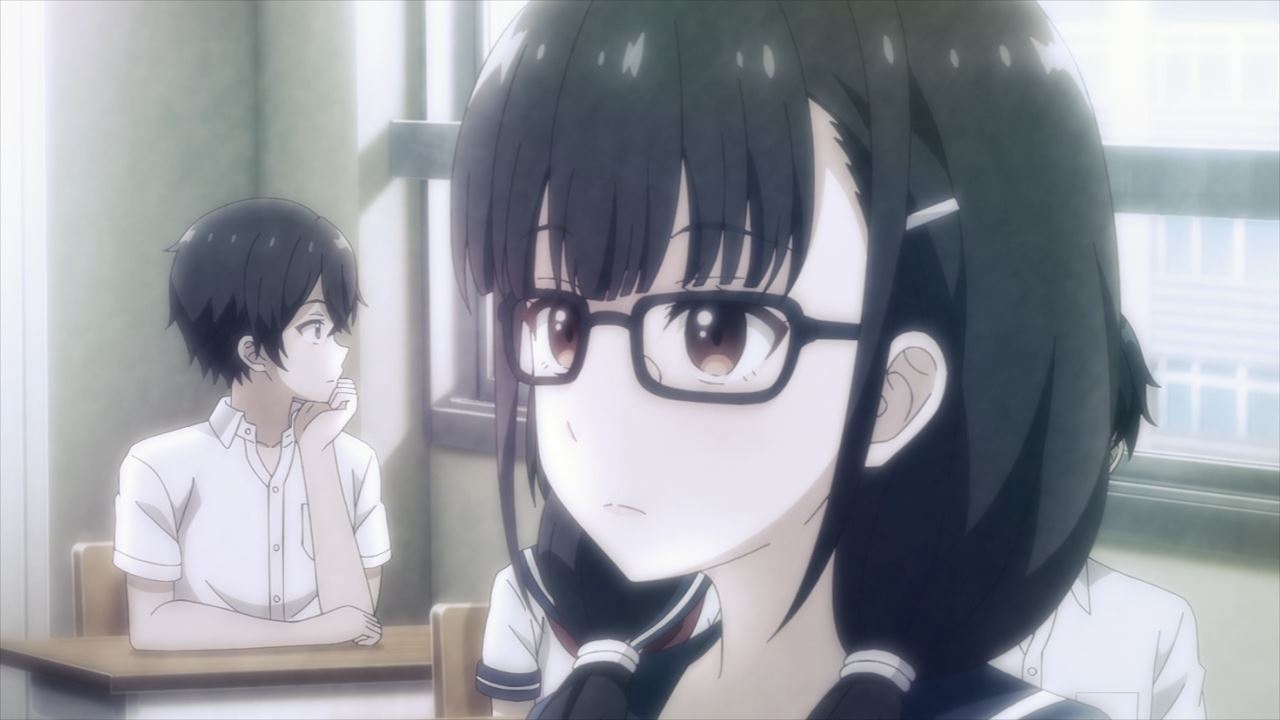 And while everyone praises her efforts, there’s one person who doesn’t care about her achievement.

That person is none other than Mizuto Irido where despite looking like a bored guy who looks at the window all the time, he’s actually quite smart where Mizuto took top honors in mathematics. 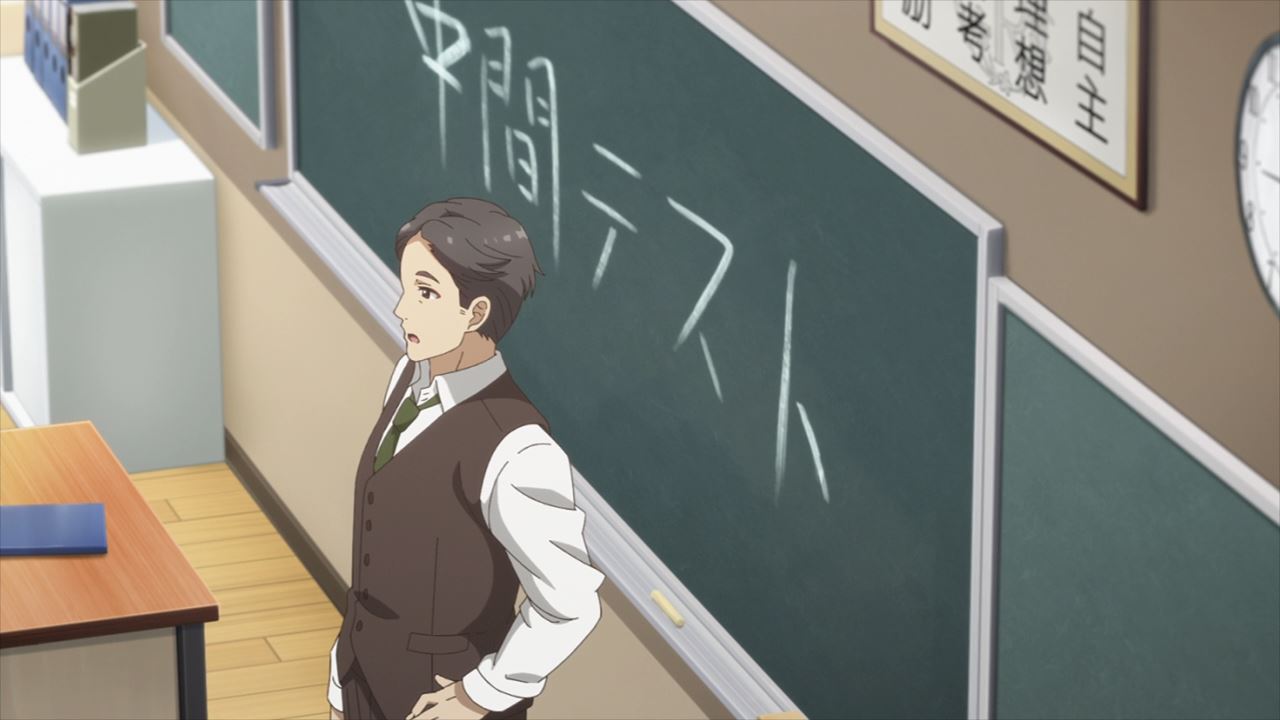 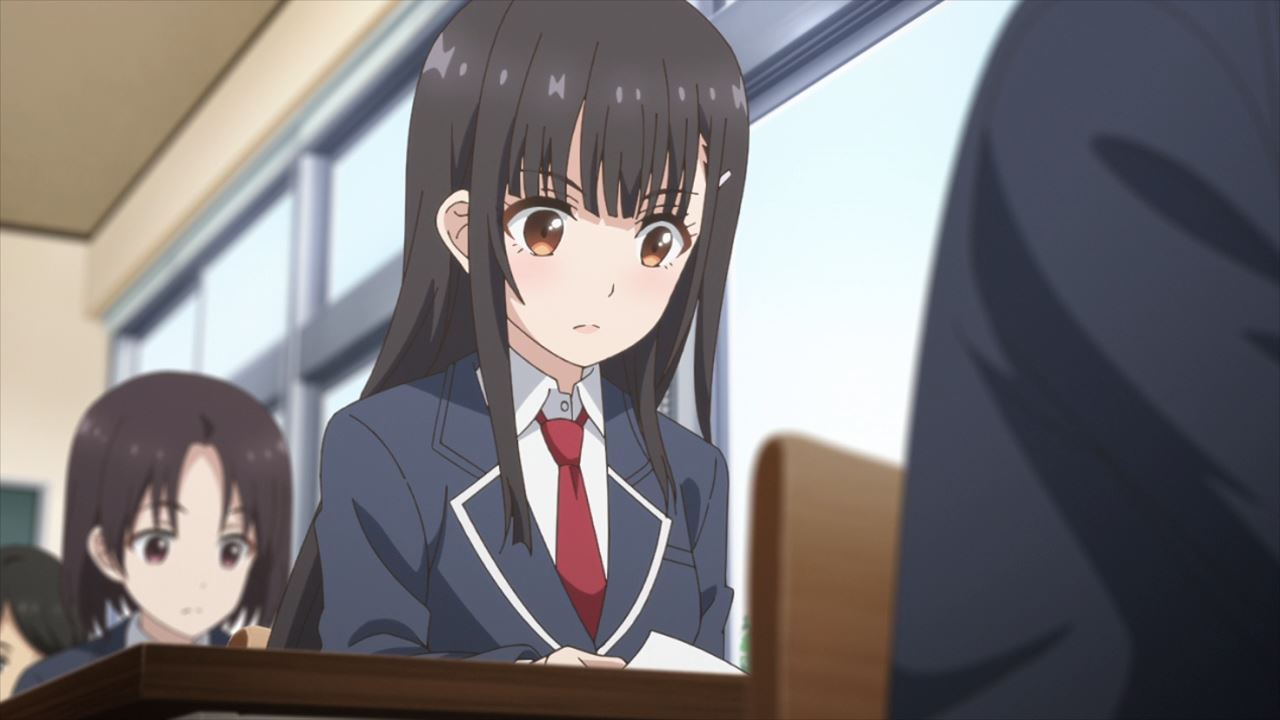 Now then, let’s move onto the present where Yume Irido is about to take the midterms exam as expectations are high for this honor student.

But at the same time, Yume wants to make a statement that she’s superior than her “little” brother Mizuto who doesn’t take this exam seriously. 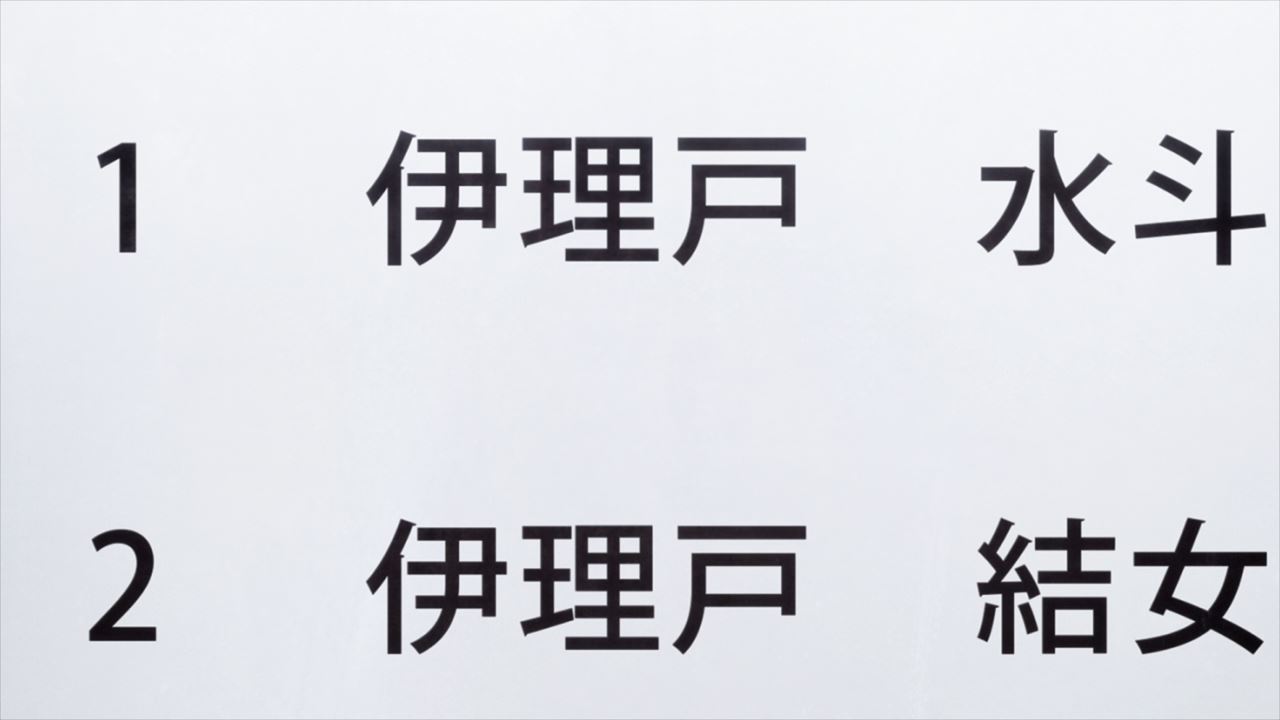 In the end, despite her efforts in studying all-night, Mizuto came out on top while Yume settled in 2nd place. 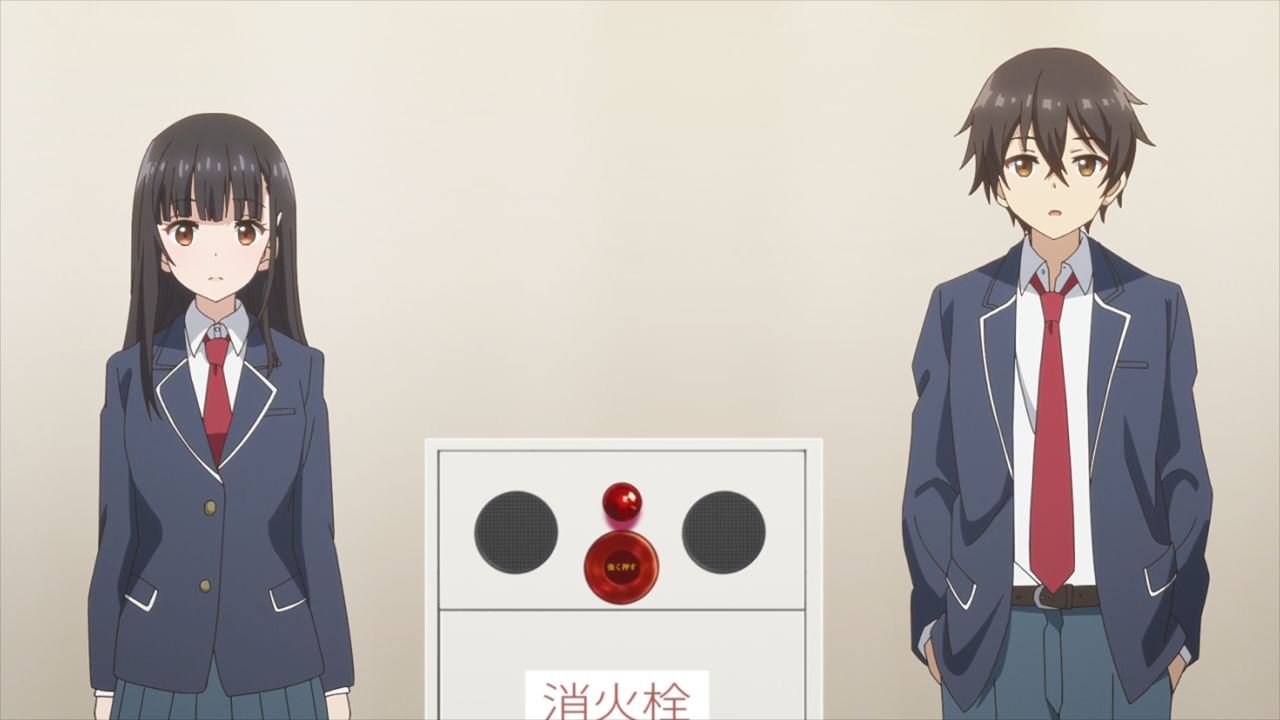 And speaking of Mizuto, sure that he got a taste in being the king of the hill in midterms, he doesn’t act smugly towards Yume as Mizuto studied smarter, not harder.

But you know what, there’s still the final exam as Yume can still reclaim her throne as the top honor student in Rakuro High School. 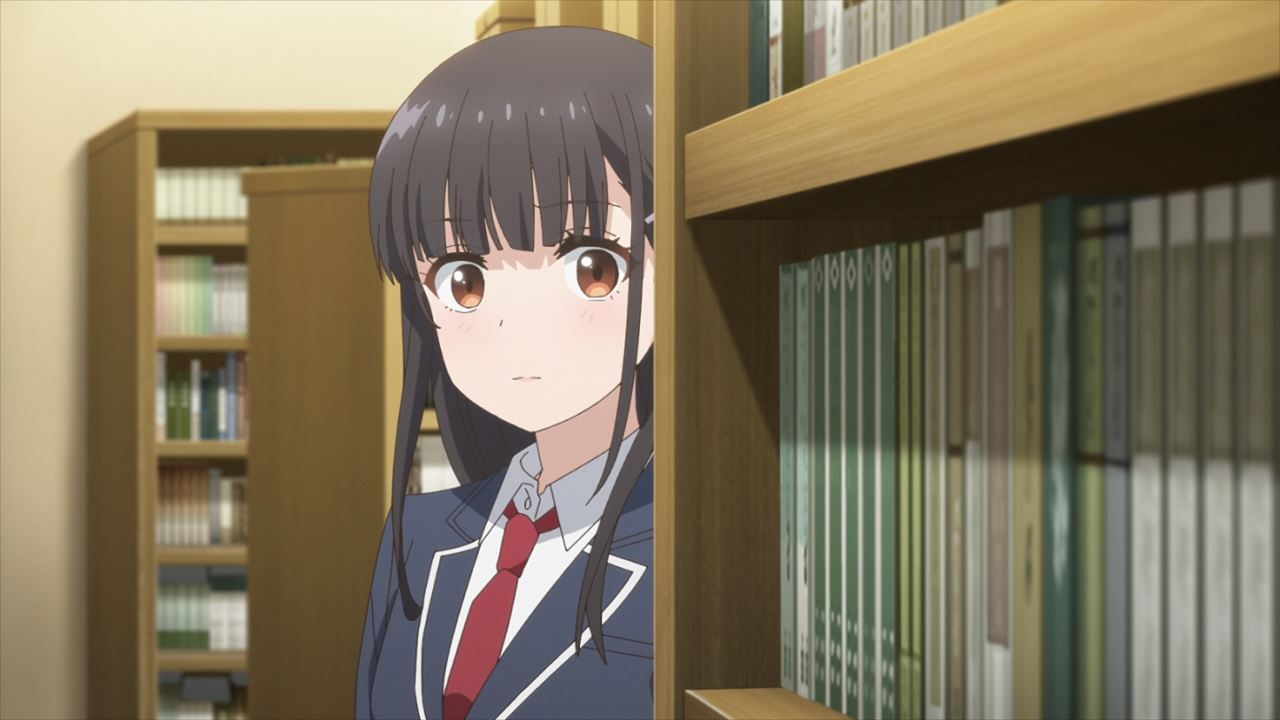 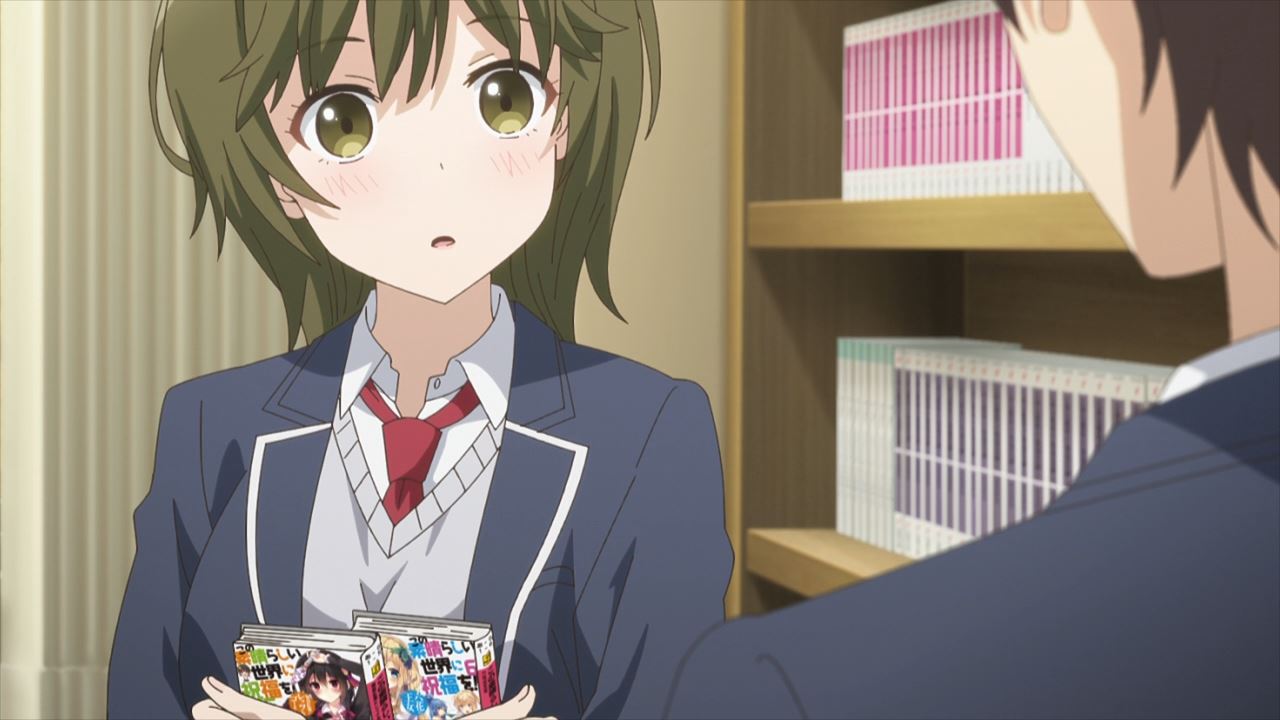 Speaking of Yume Irido, looks like Mizuto is talking to a girl named Isana Higashira where she’s reading a light novel. Wait, is Isana a fan of KonoSuba?

Still, it appears that Yume’s jealousy returns when Mizuto is talking to another girl. I bet that he’s dating Isana for reals this time. 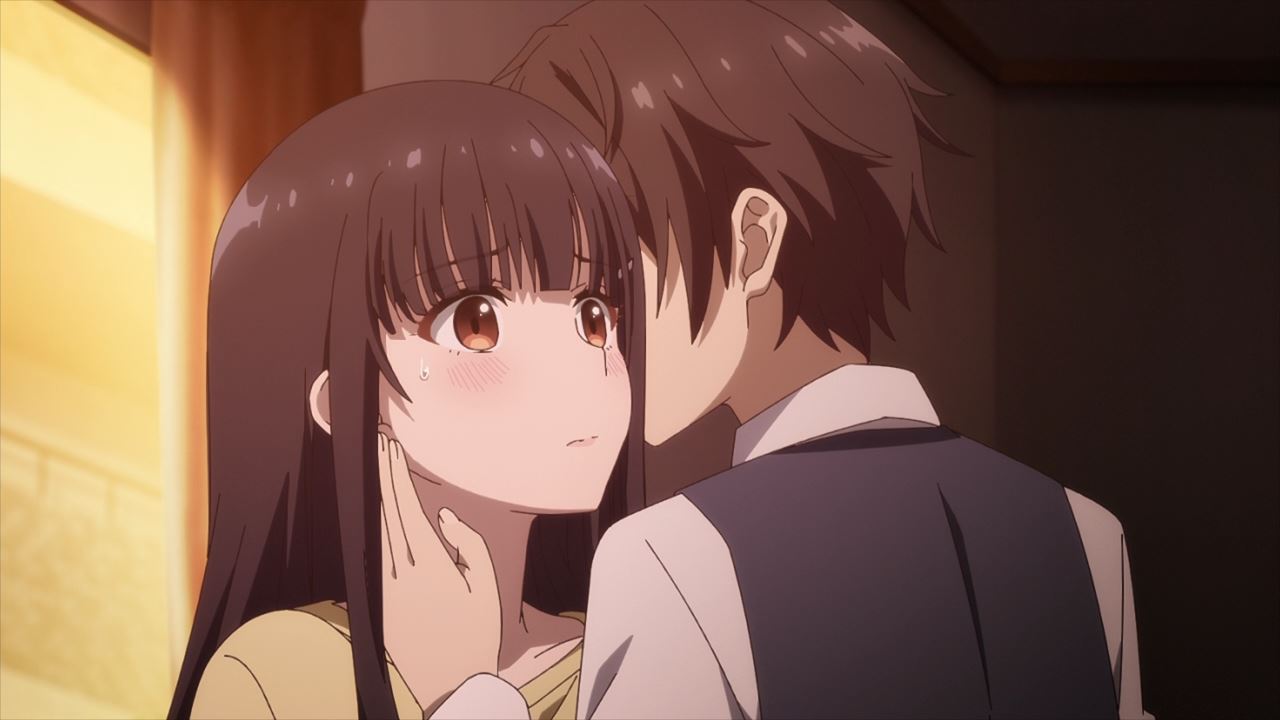 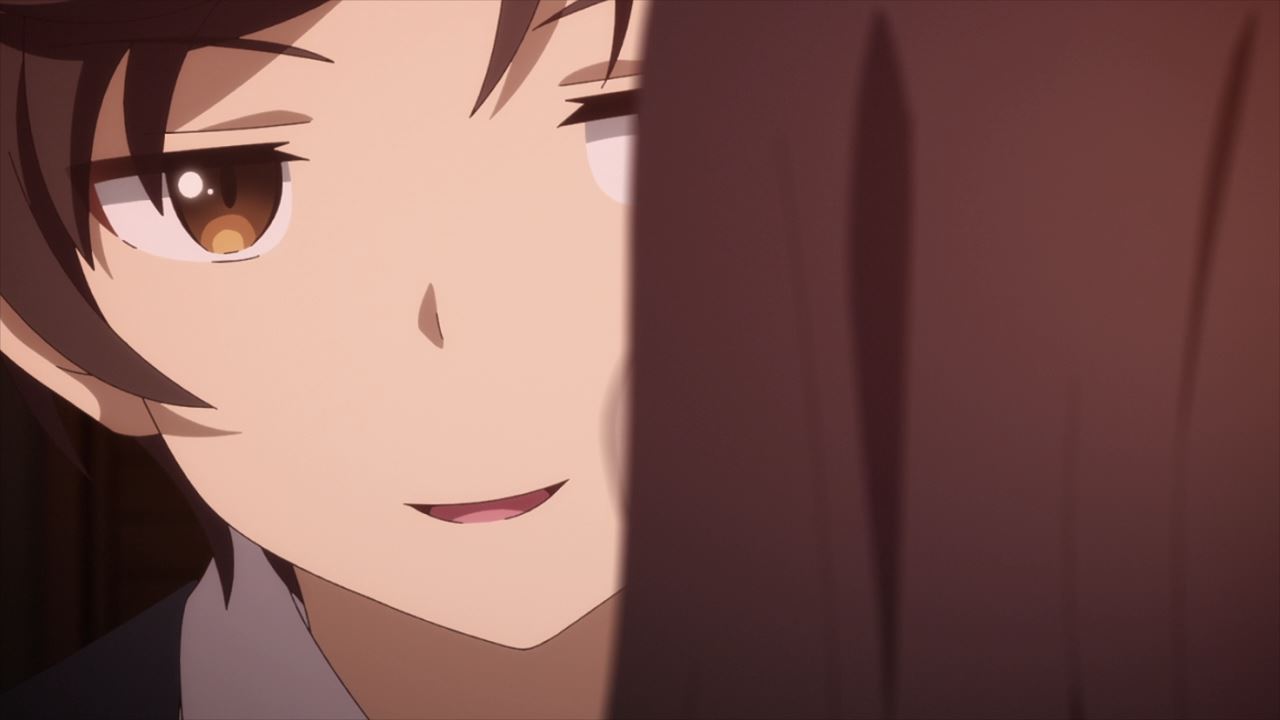 Oh yeah, about Mizuto Irido, it appears that he teases Yume by whispering her ears while wearing stylish clothing. Dammit Mizuto, you really want to amplify your ex-girlfriend’s jealousy by asserting dominance through your sweet words.

Now then, I’m really curious on who Isana Higashira is as I think that she’s just a light novel fan rather than a serious lover towards Mizuto Irido. In any case, I’ll see you next time!