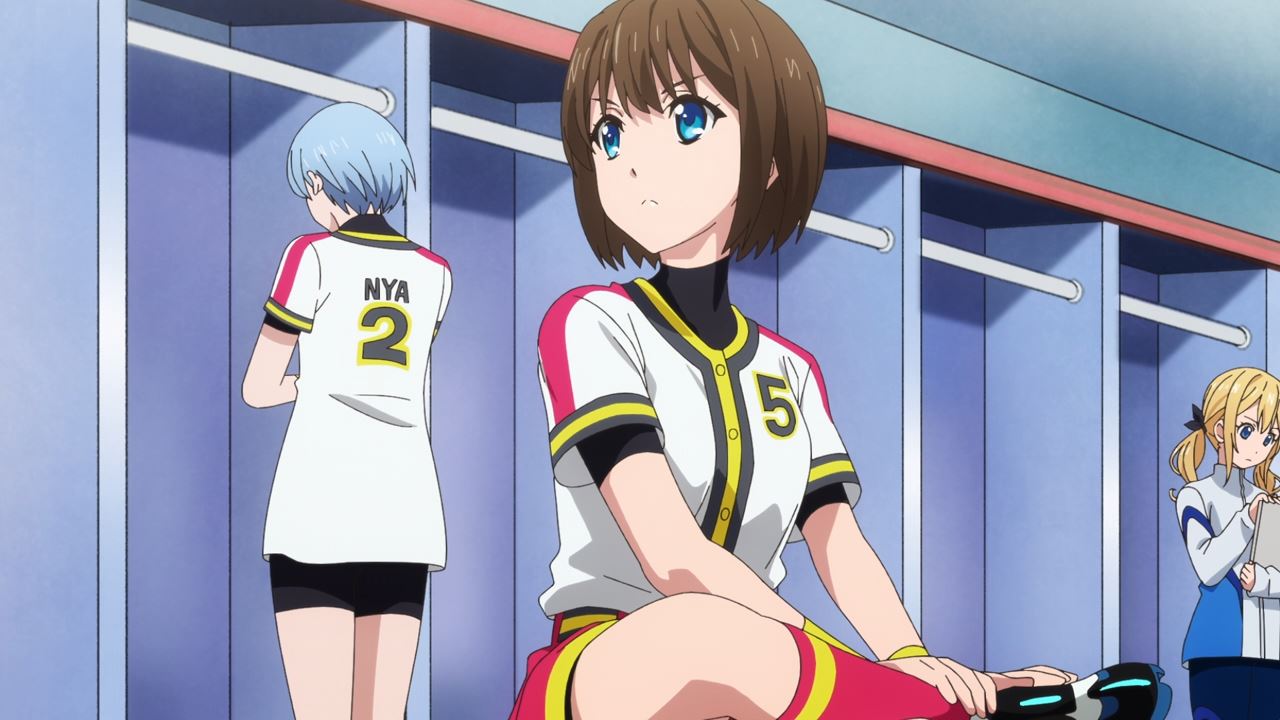 Well everyone, the day has finally arrived as Rise will compete against Banshee in a baseball match.

With only 3 human competitors, Hiyori Hayama and the rest will have a hard time winning the game unless Yukino Tachibana arrived at the last minute. 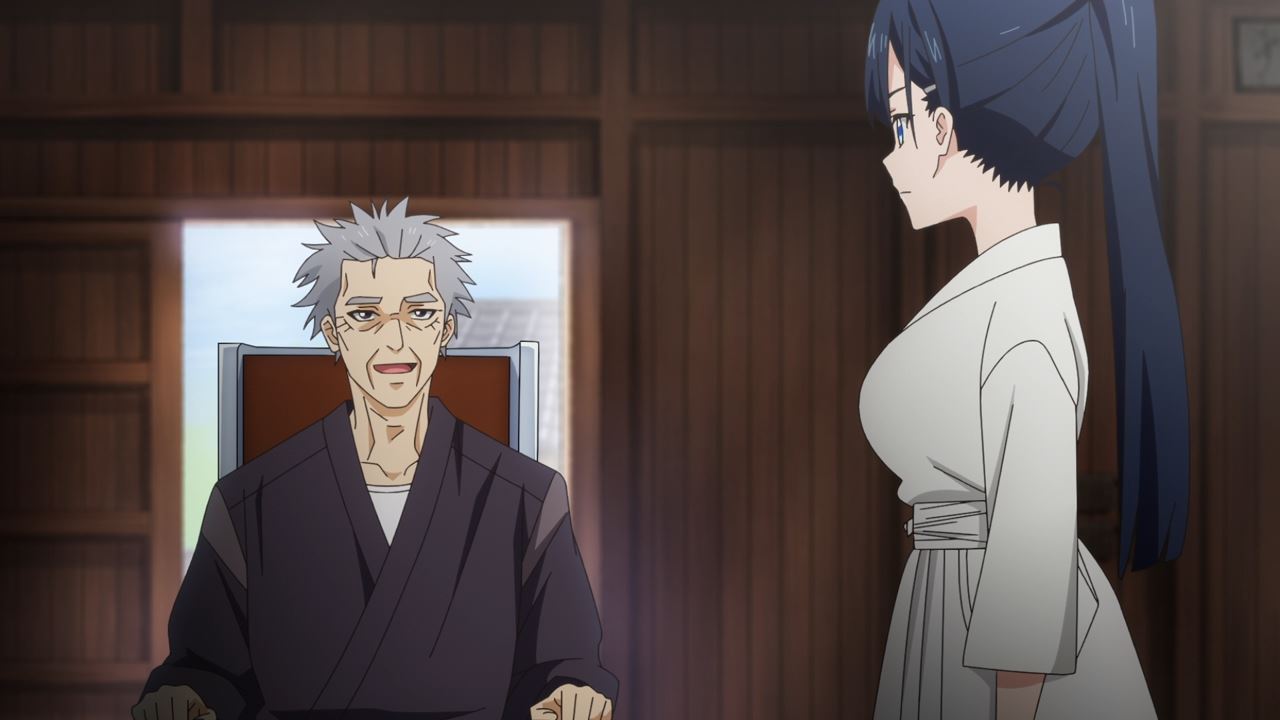 Speaking of Yukino Tachibana, she’s still practicing her swordsmanship skills until her grandfather arrive to tell his granddaughter to help her new friends ’cause he’s happy to see Yukino having fun playing baseball.

Of course, Yukino is still ashamed to face them as she ignore their calls and messages. Then again, her grandfather told her that there’s still time to make up for them. 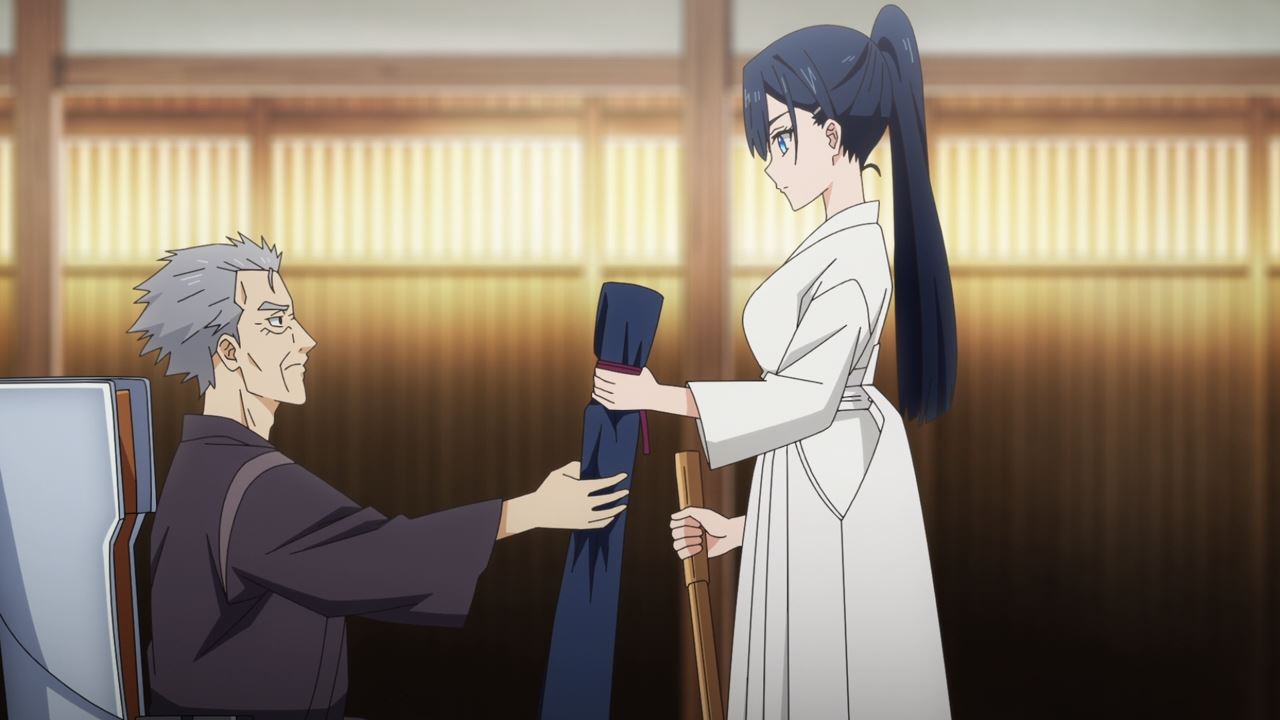 So, he brought something to Yukino as her grandfather told her to get moving and help her friends. Oh yeah, about that item he gave to his granddaughter? 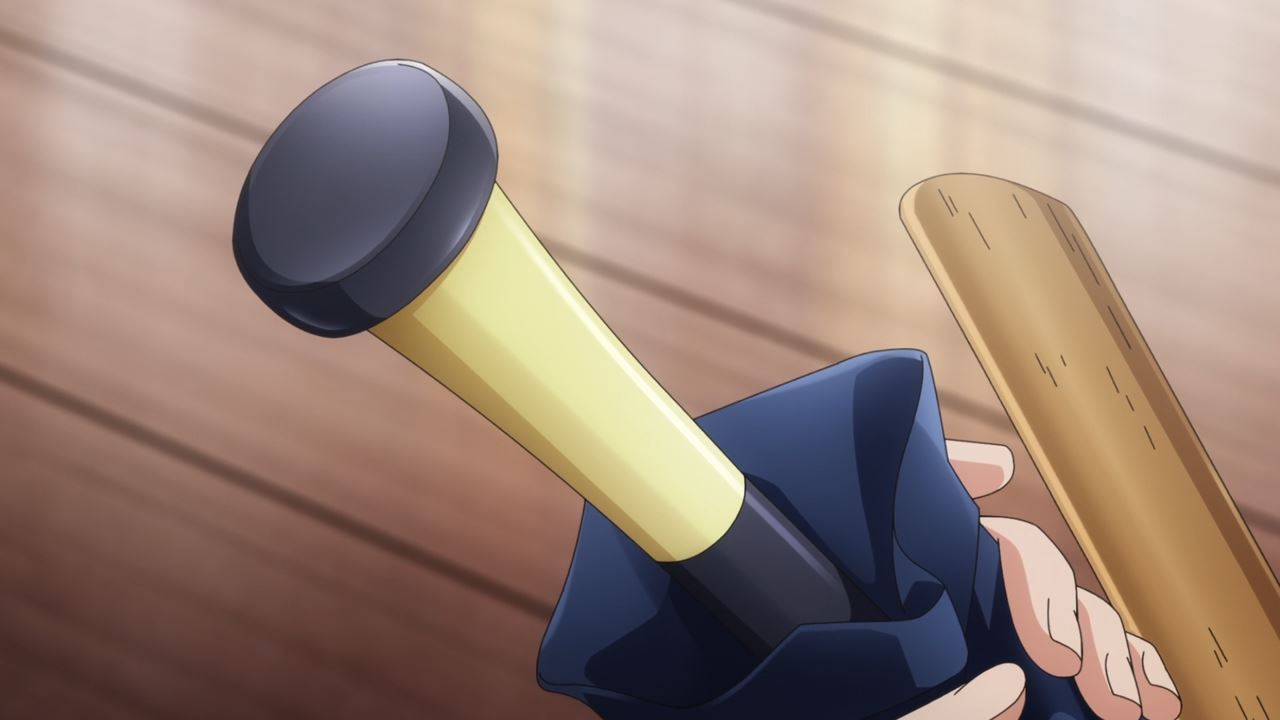 Anyways, let’s hope that Yukino Tachibana arrives at the baseball stadium ’cause she needs to help Rise. 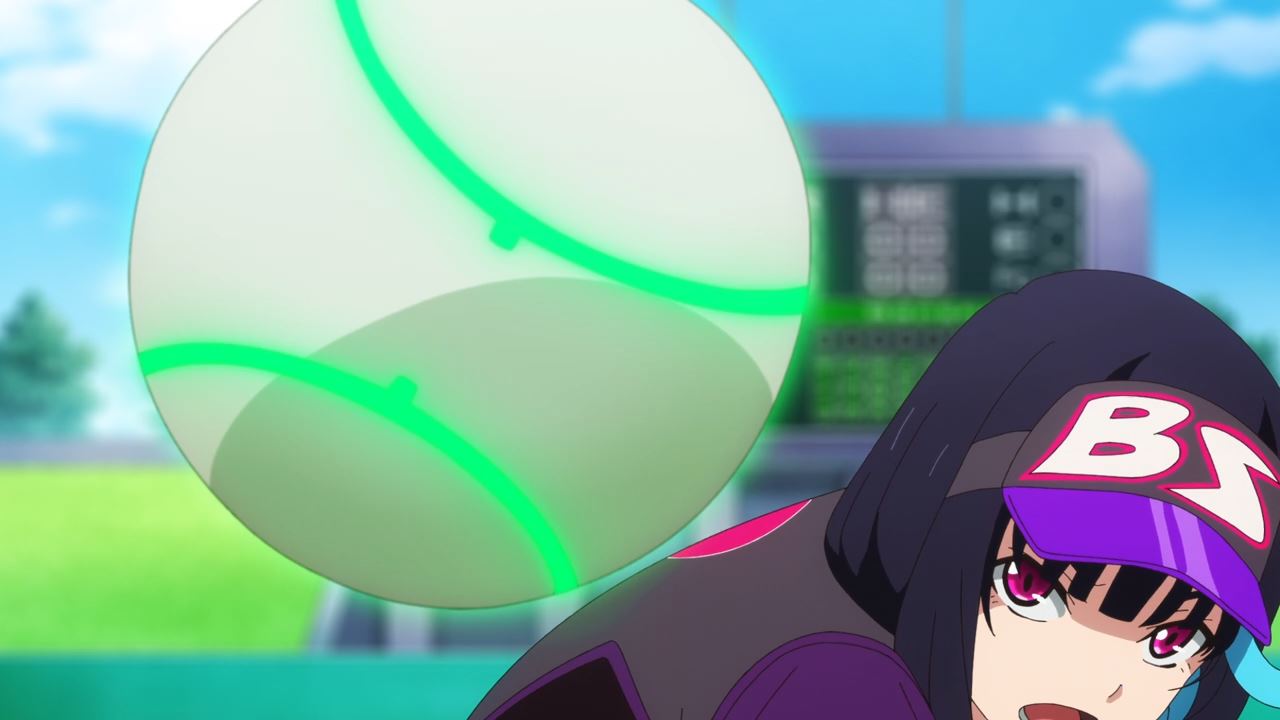 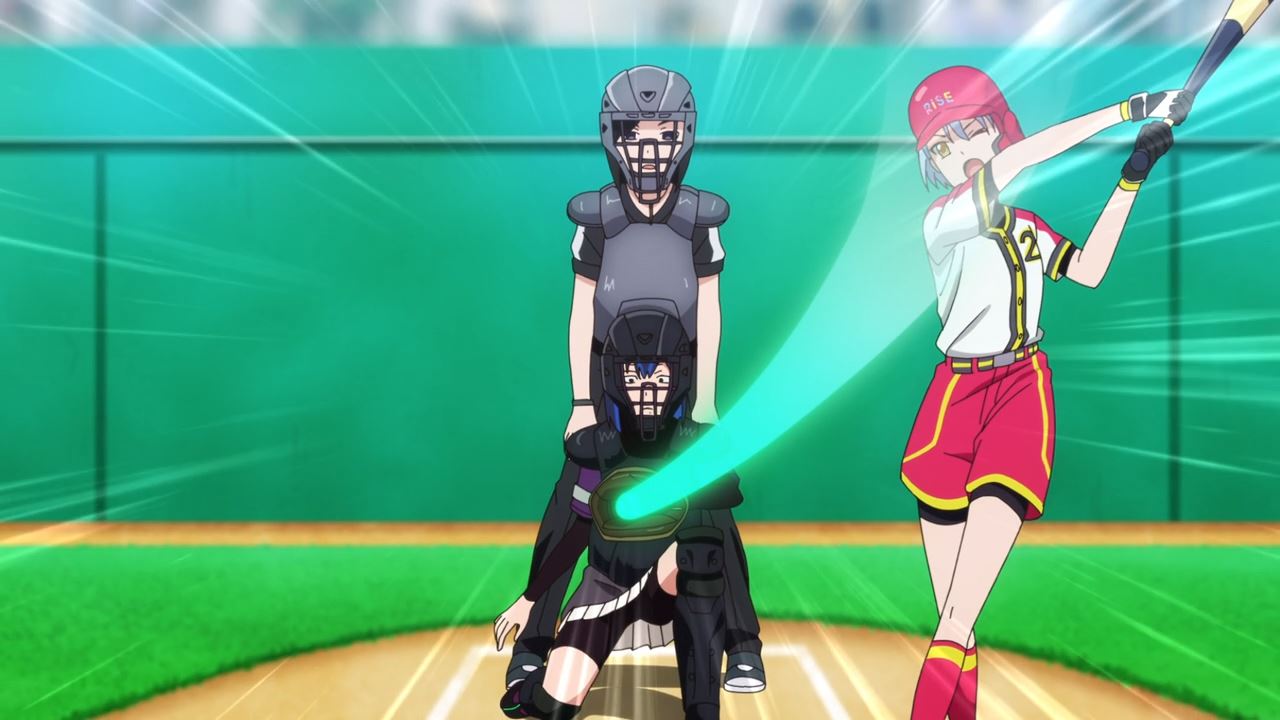 Now then, the baseball match between Rise and Banshee is underway where the former is struggling to score against the latter.

You see, Banshee’s strategy is to made intentional walks against the human players, all while going all out against Rise’s robot players who have average stats. Really nasty coming from this chuuni rock band team! 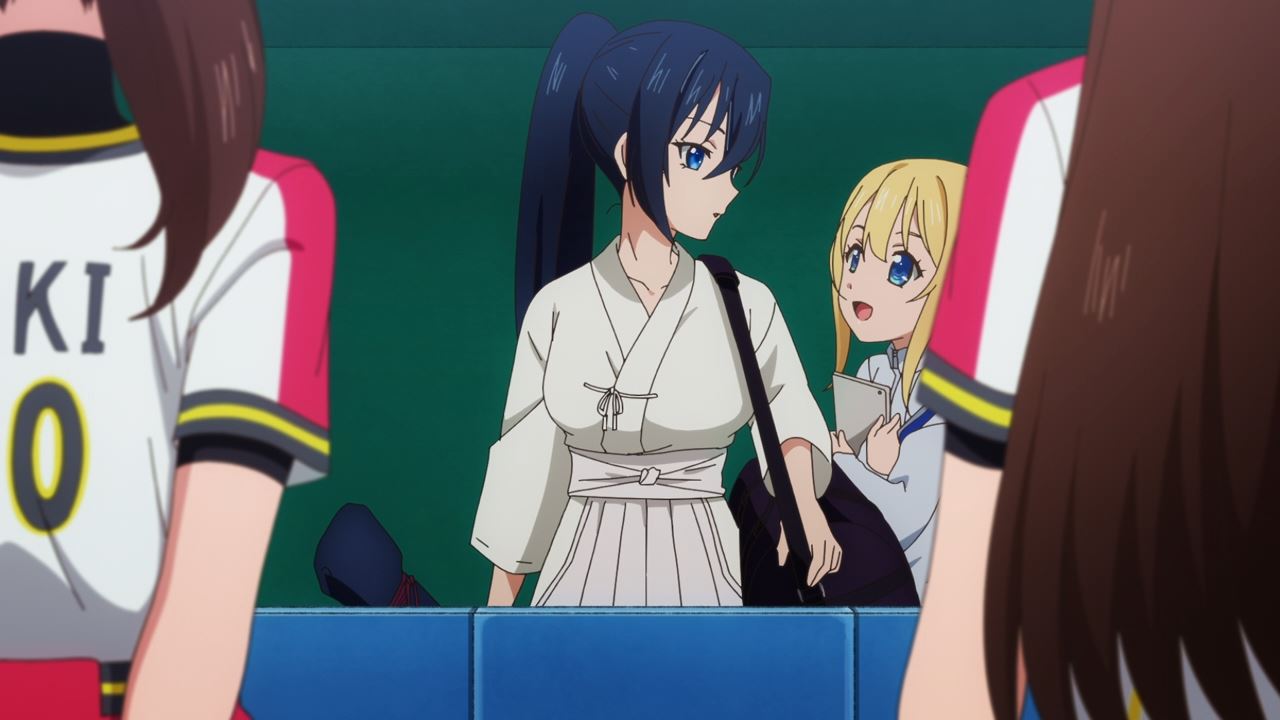 Meanwhile, Yukino has arrived at the stadium where she’s ready to play, although she needs to wear her baseball uniform first as she can’t play while wearing a kendo hakama. 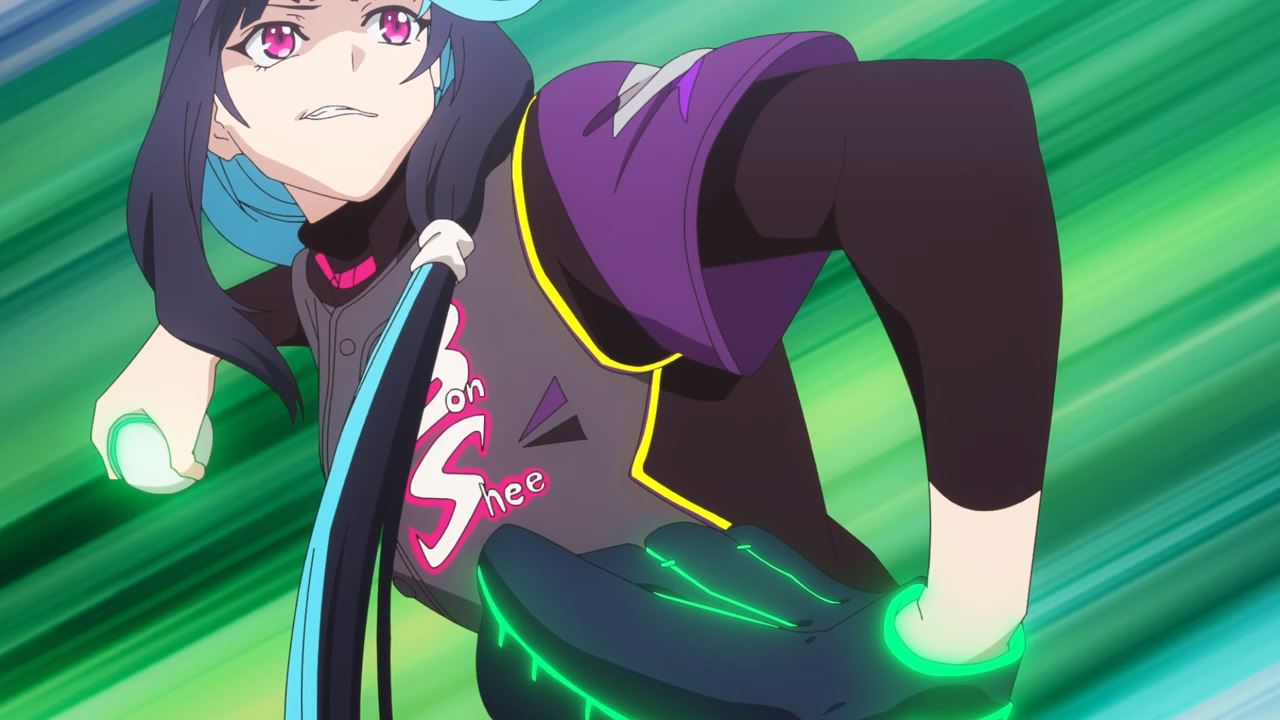 But let’s return to the game where Banshee decided to throw a beanball rather than letting Yukino walk towards first base. C’mon, Rise has 4 human players at this point. 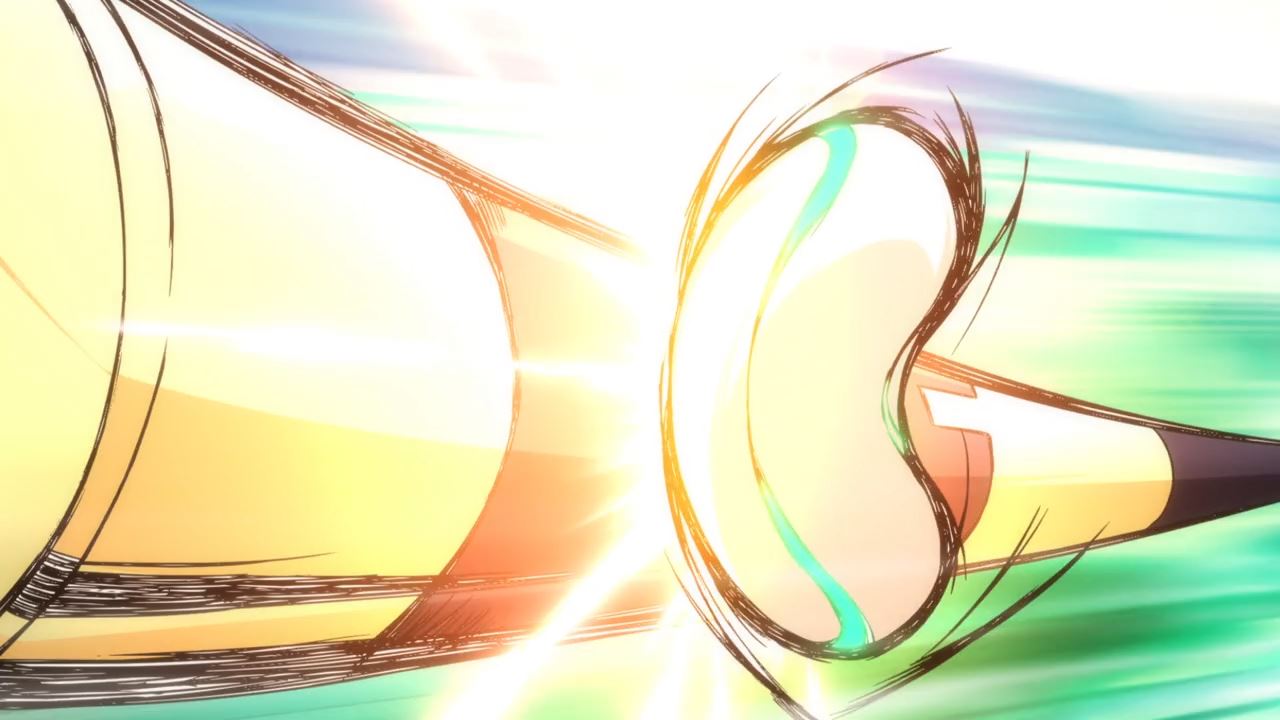 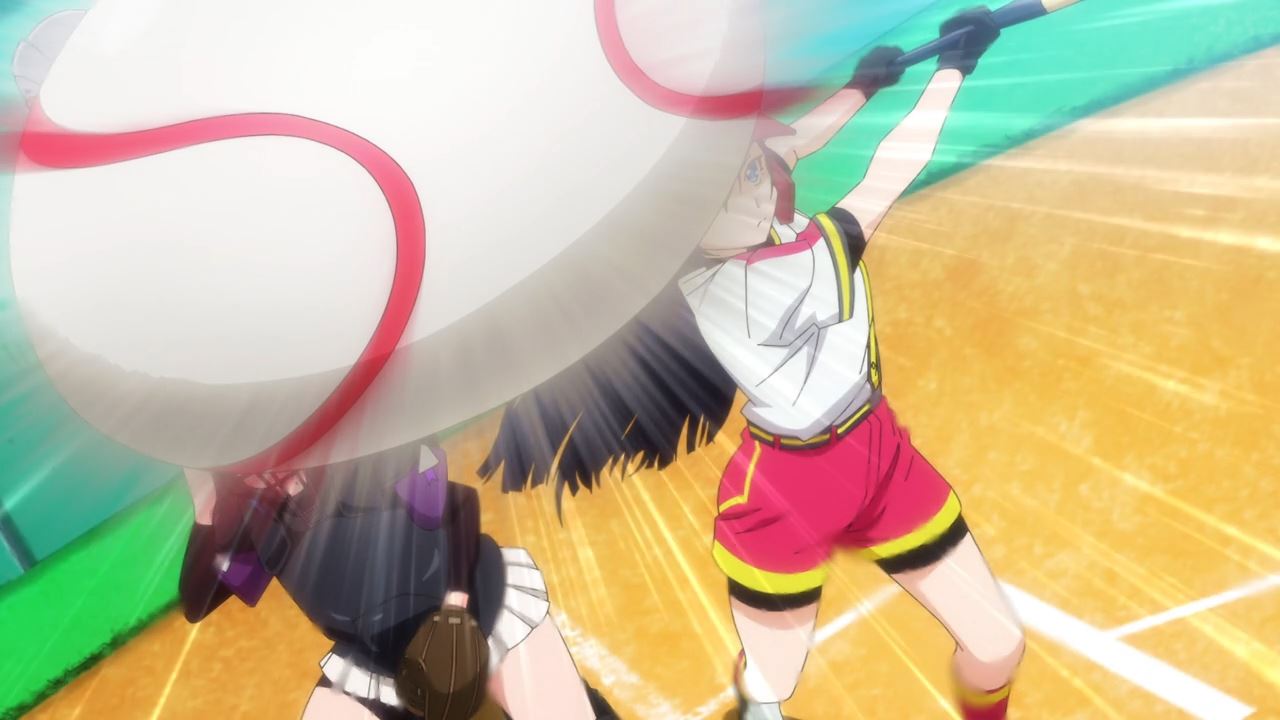 Unfortunately for Banshee, Tachibana hits the ball as she uses her kenjutsu techniques to send the ball away for a homerun. 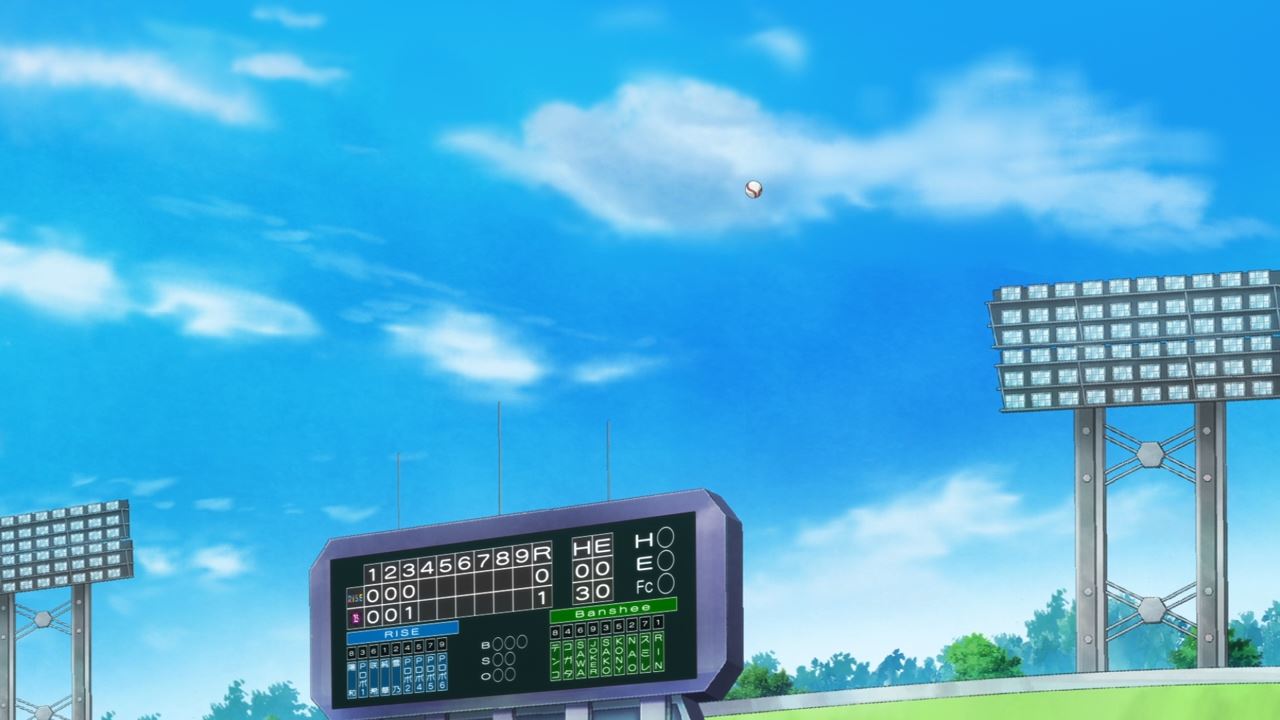 Well then, looks like Banshee is pretty much in danger as Yukino Tachibana scores a homerun to bring Rise back on top. 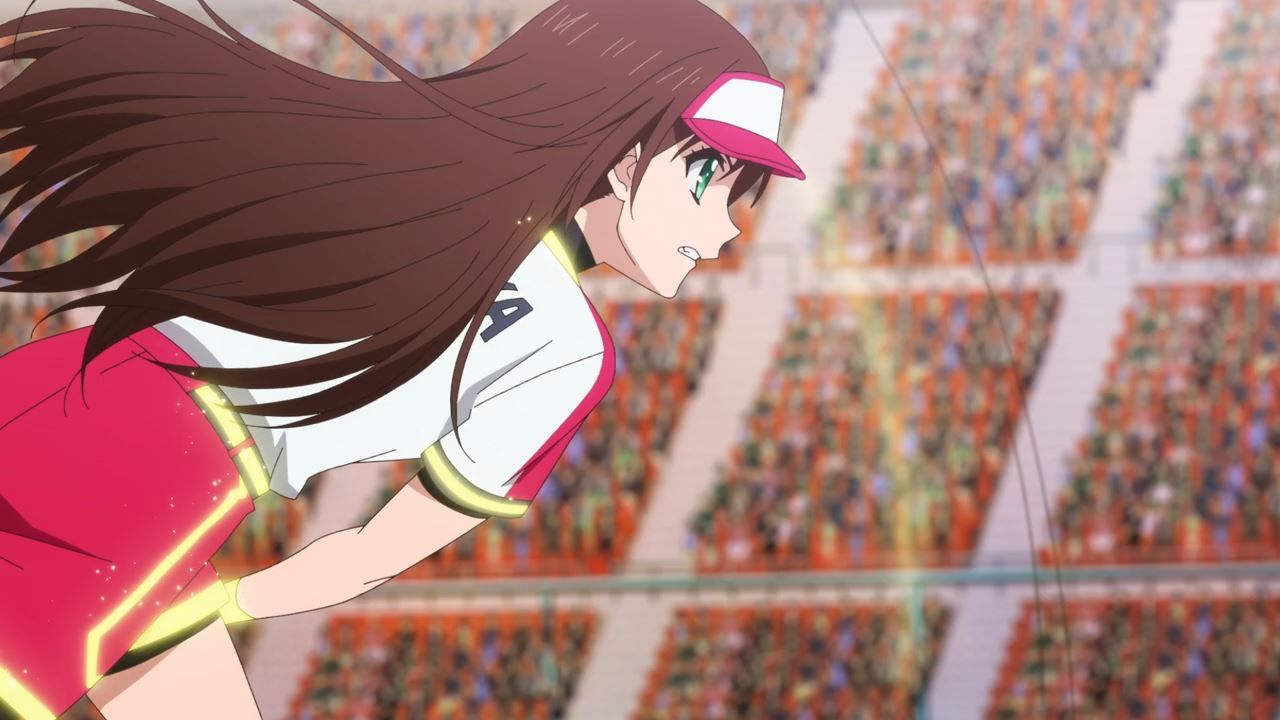 Oh and it gets even better where Yukino Tachibana becomes the catcher as Sumika Maehara won’t hold back in throwing 200+ kph pitches. 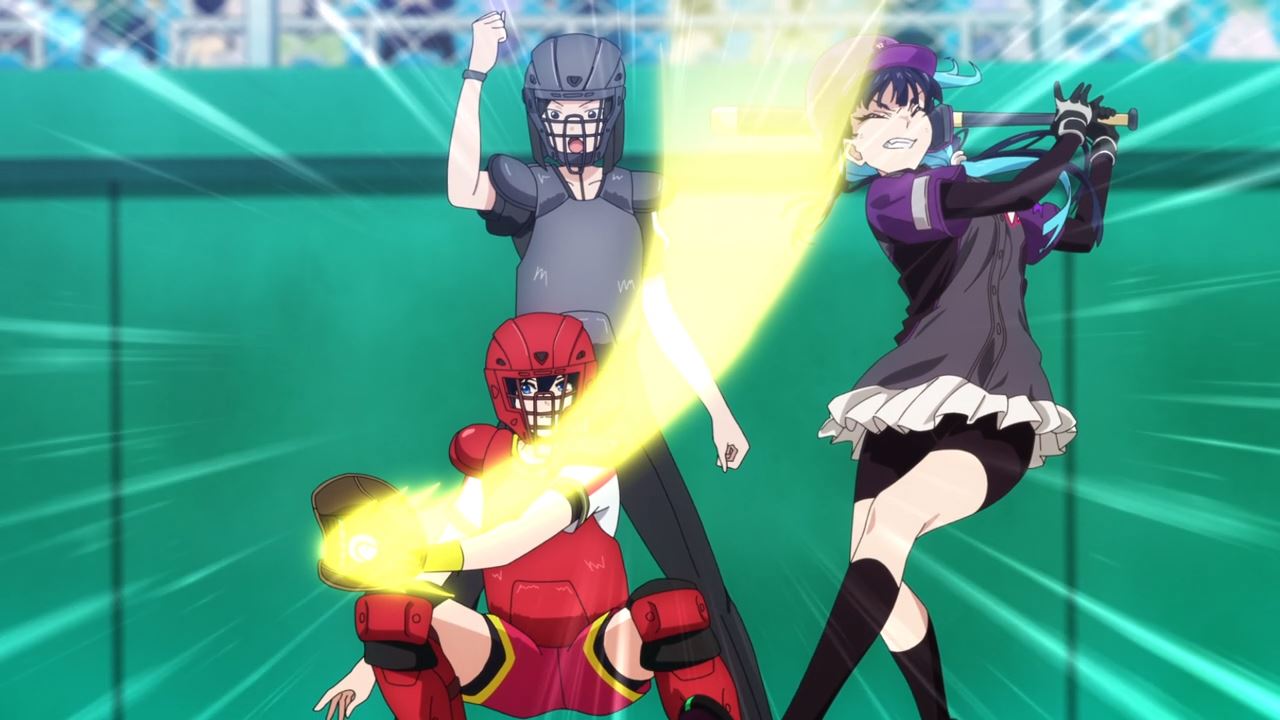 And so, Rise has won the first round against Banshee with the score of 7 – 1. An overwhelming victory for Hiyori Hayama’s team. 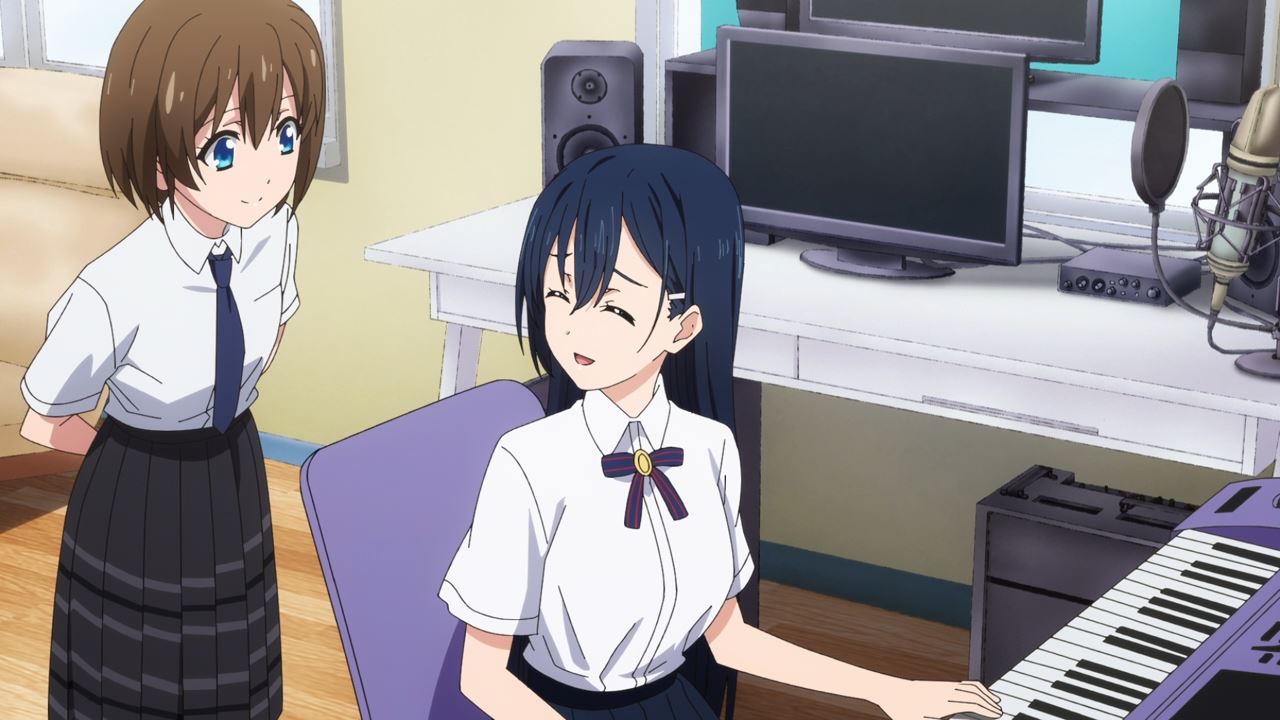 Oh yeah, I forgot to mention that Yukino Tachibana is not only talented when it comes to swordsmanship and baseball, but she can also play the keyboard too.

Combined with her singing talent, all I can say is that Yukino is a great addition to Rise. Of course, they’re not yet contenders in their current state as Rise need to find another player if they want to keep going. 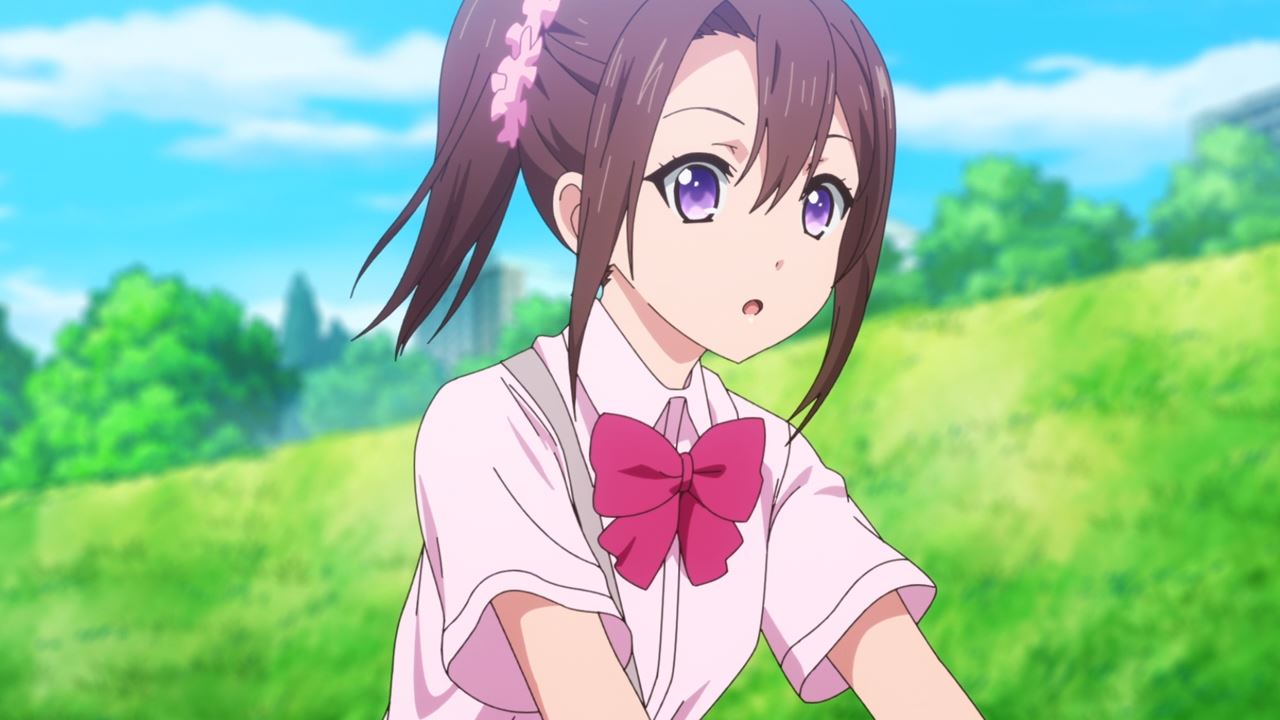 Fortunately, Saki Kodaka found a diamond in the rough at a river bank upon doing some errands. Oh boy, I’m really curious on who that person is. 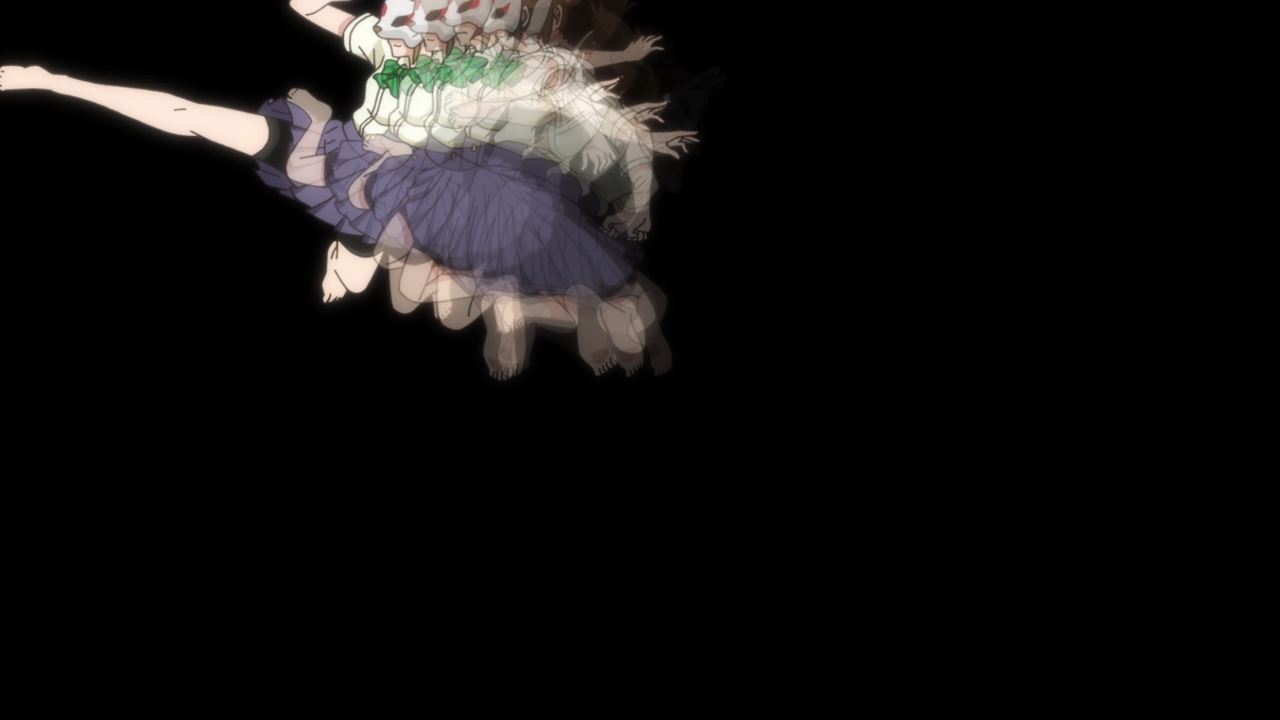 Anyways, this girl is performing this difficult flying roundhouse kick as she tries to break a block of ice. 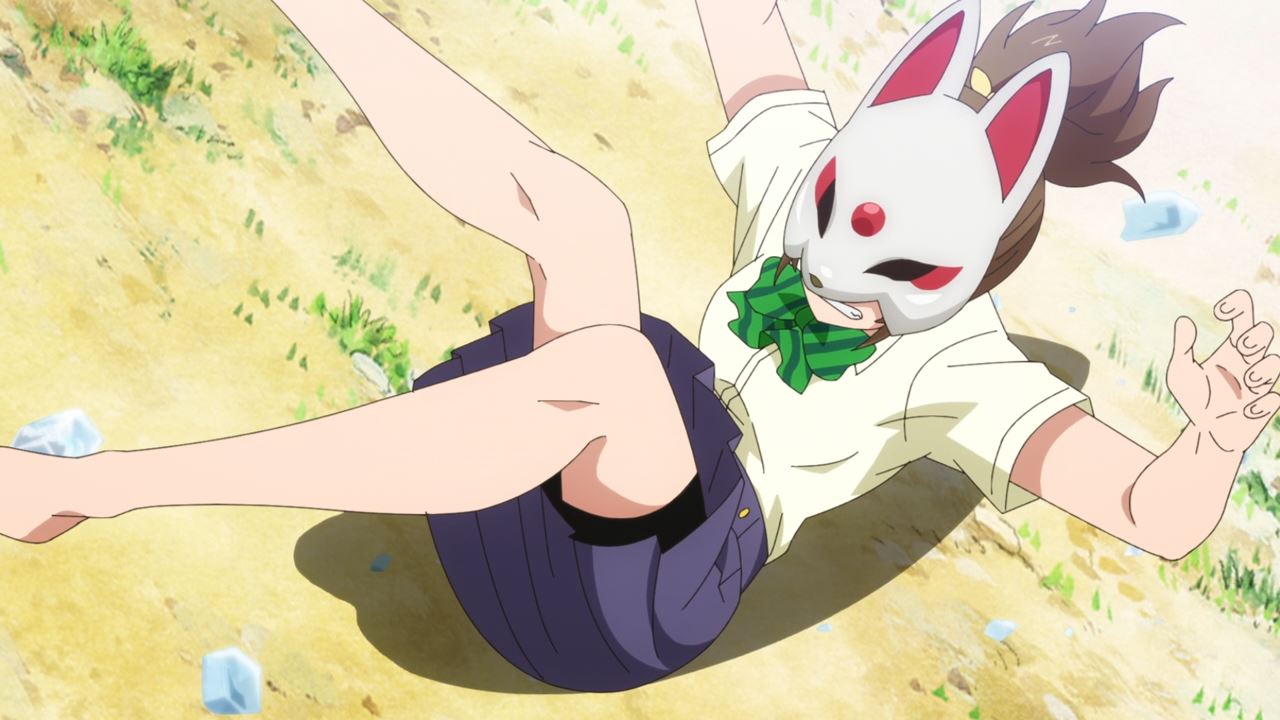 But, she fell down to the ground instead. Yeah, that was dangerous but man, she almost successfully broke that block of ice with her amazing roundhouse kick. 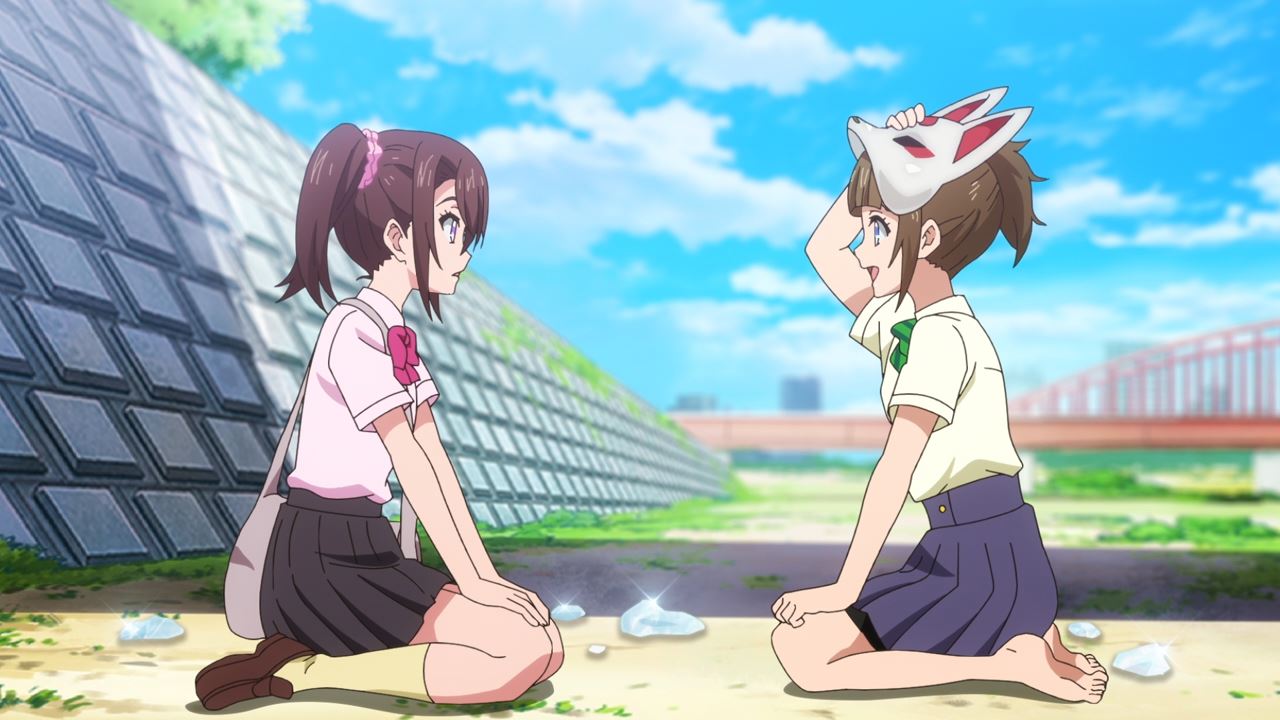 Now then, Saki Kodaka went to the river bank to help the girl named Lise Kohinata, a middle school student who posted recordings of her karate moves at a video hosting site NewTube. Of course, she didn’t get any views despite pulling off some amazing (and almost dangerous) moves.

Still, Saki got lucky upon stumbling a diamond in the rough as she wants Lise to join Rise for their upcoming futsal match. Let’s hope that Kohinata accepts Kodaka’s invitation as she’ll be a great asset to the team.

With that said, I have to say that Yukino managed to overcome her woes quickly thanks to her grandfather. After all, he wanted her granddaughter to be happy rather than being stuck in the kendo dojo for the rest of her life. Anyways, I’ll see you next time!