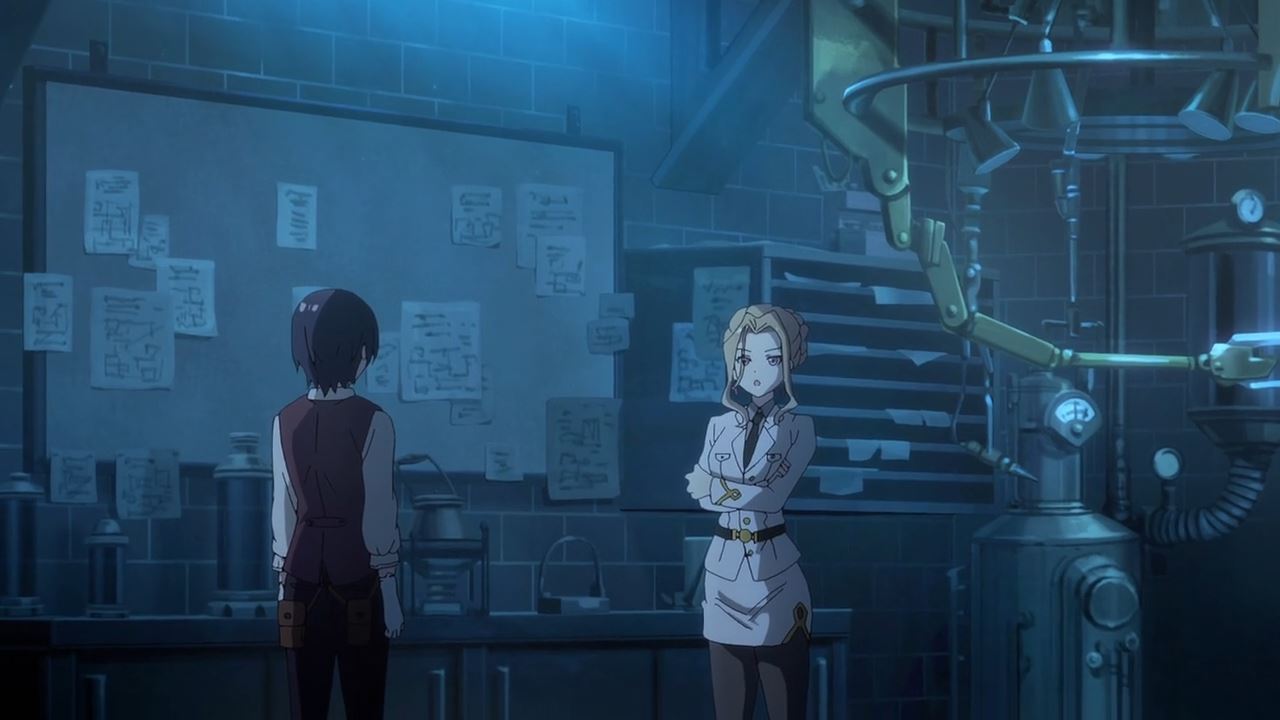 In the previous episode, the Imperial Line Faction attempted to reactivate a broken automata. Now, it appears that there’s another one as Otome Okunomiya told Nagi Touma that her fellow soldiers found an automata. 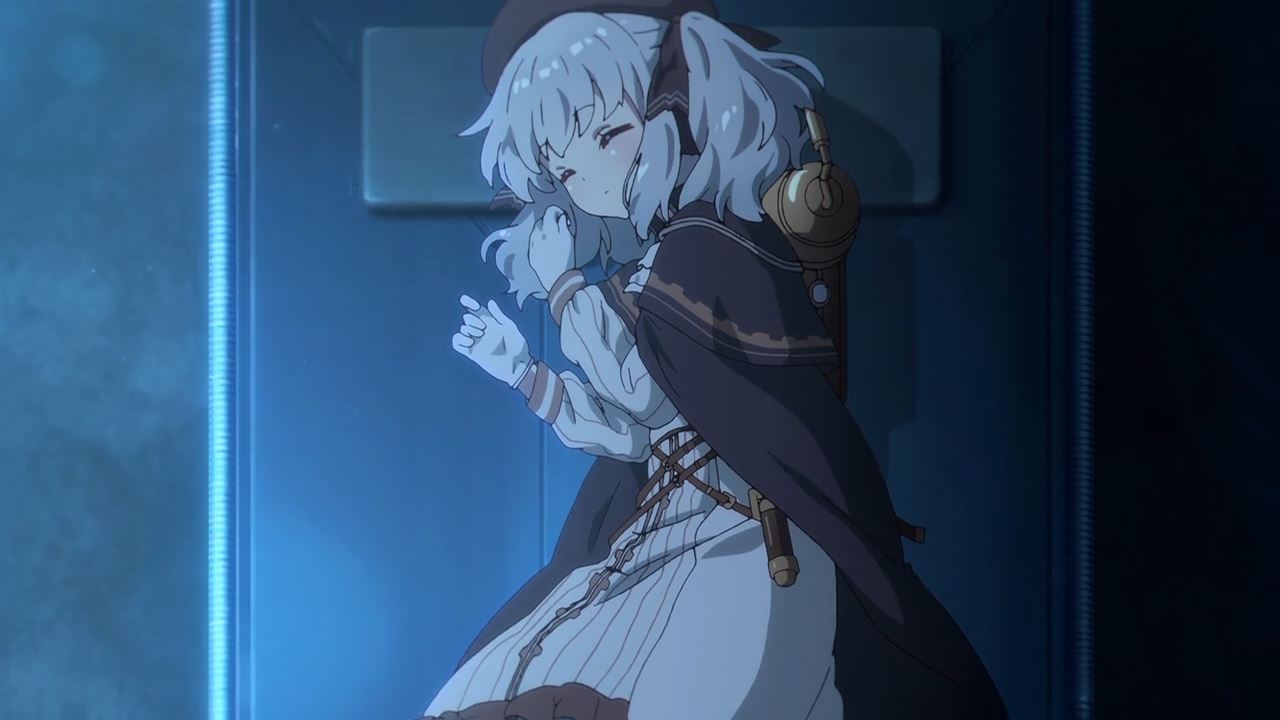 And this time, it looks like this automata came from Lobelia where someone smuggle it to the country. Let’s hope that Nagi reset this automata’s logic systems just in case if he wants to bring her to his café. 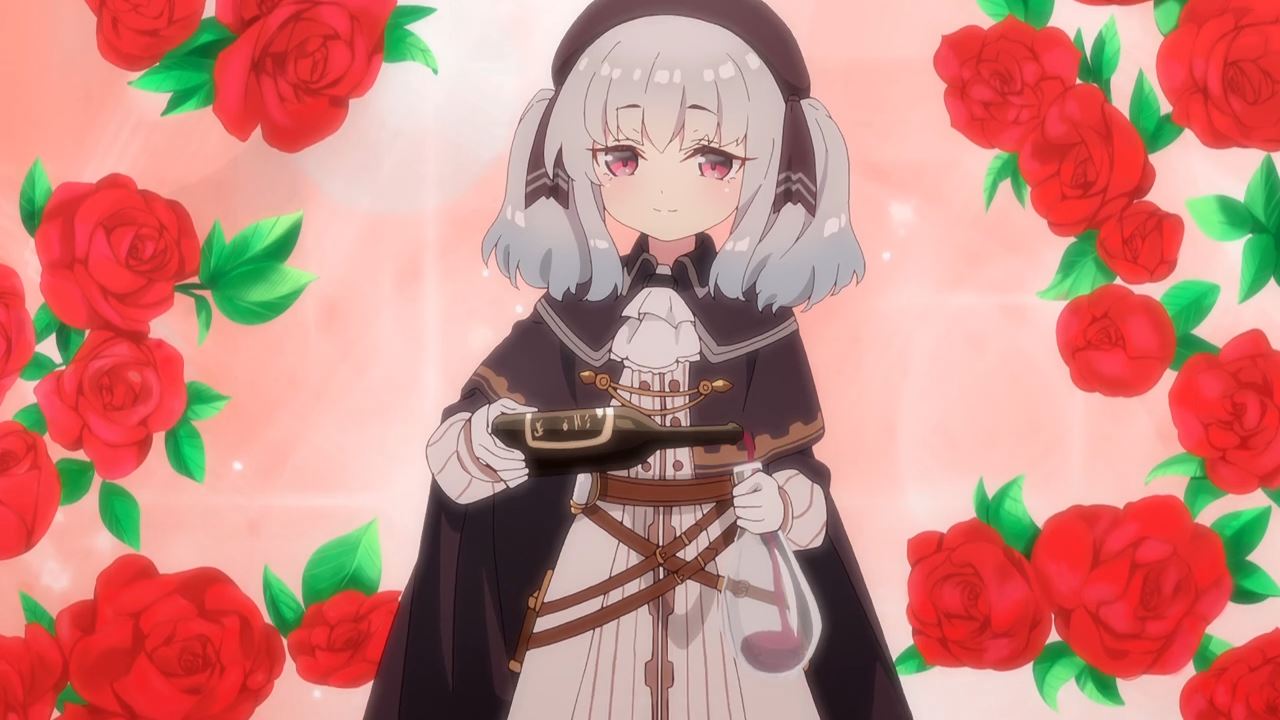 After a quick logic reset, this automata is finally activated as Kuroneko-tei welcomes Retzel, an Lobelian automata who’s really quick in serving up customers from steaks to glasses of wine. 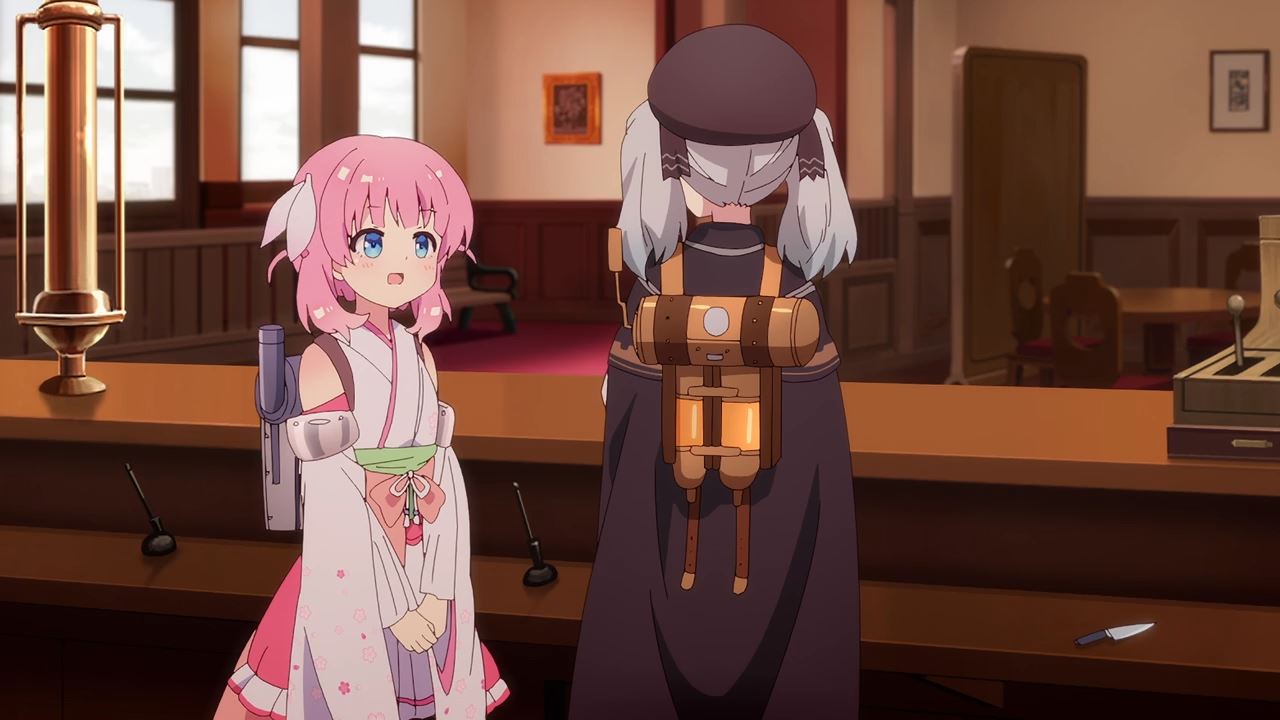 And here’s Haizakura where despite being the mentor, she’s pretty amazed on how Retzel got the gist of her job effectively. 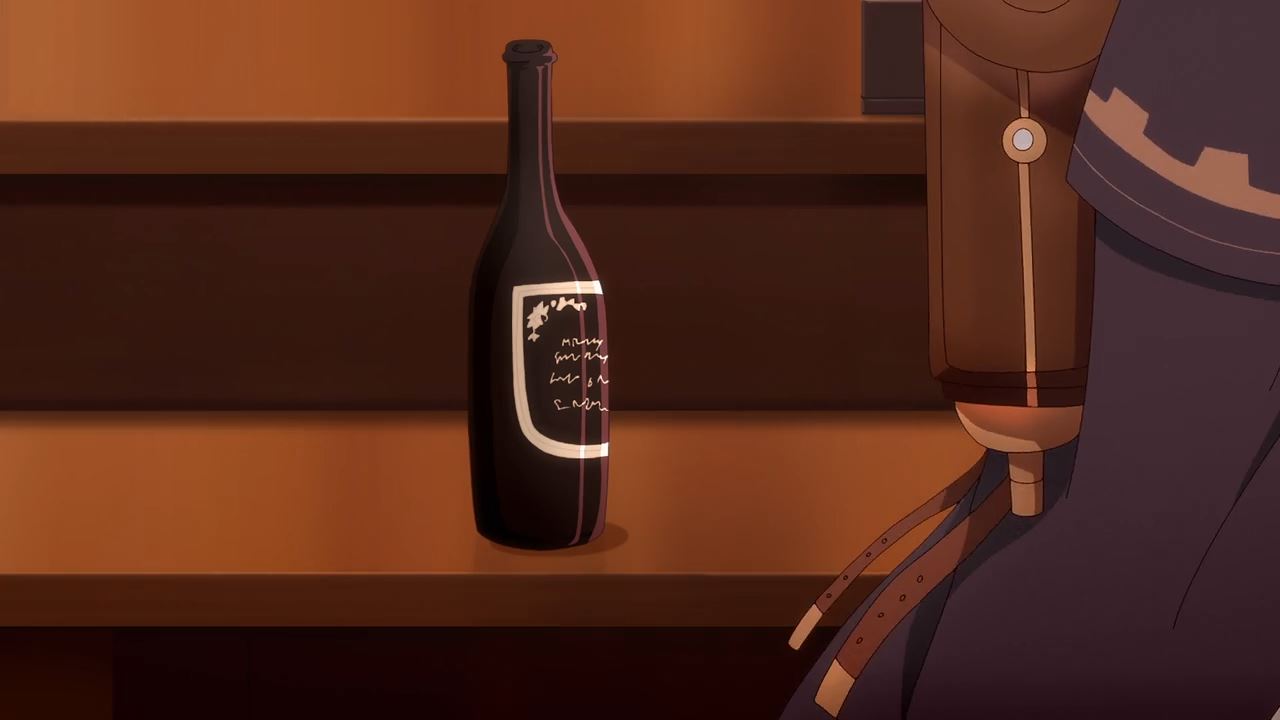 On second thought, I noticed that Retzel took a knife after opening a bottle of wine. Oh boy, I have a bad feeling about this! 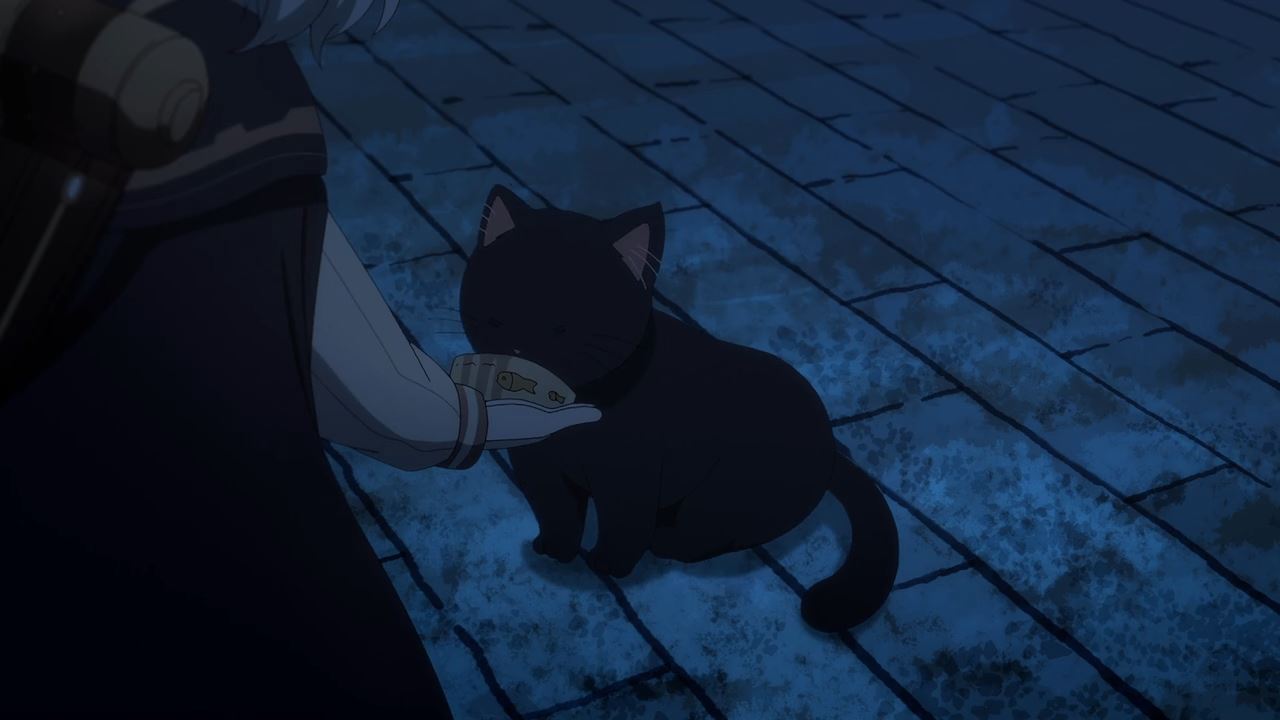 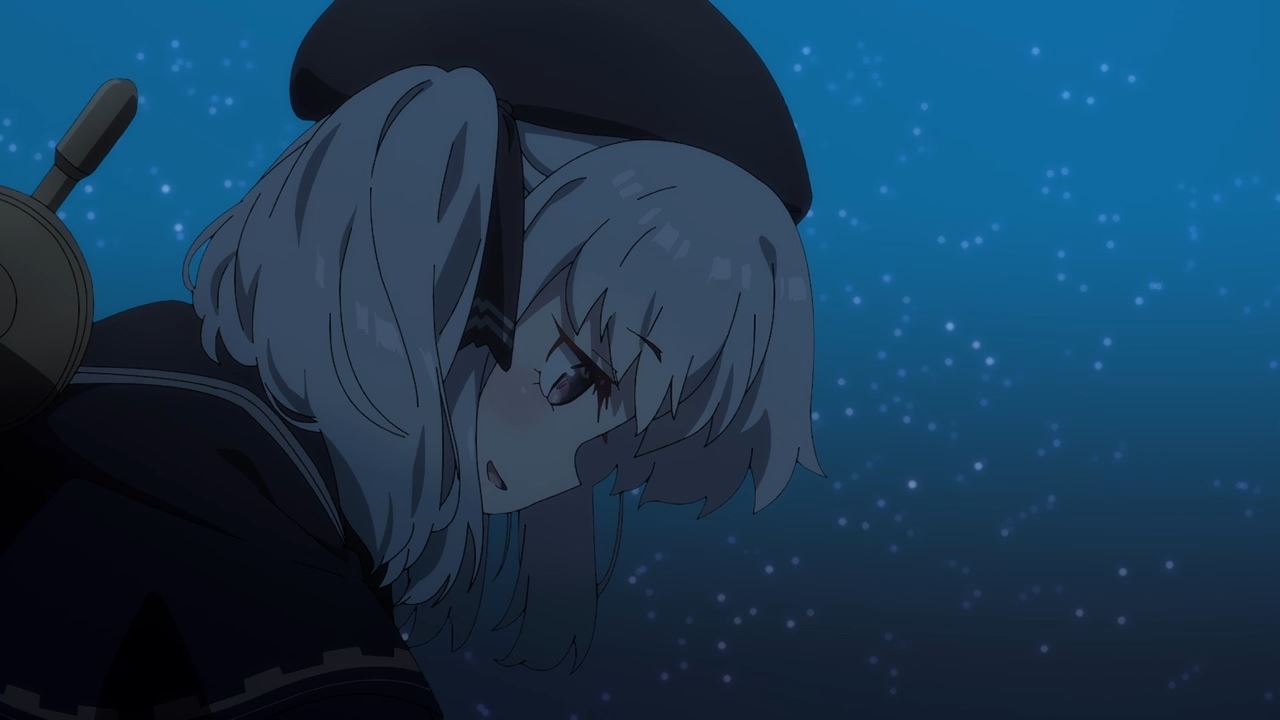 Turns out that Retzel is actually a sleeper agent where she has a secret logic system installed in her body in case someone tries to reset her memories.

But despite being a spy from Lobelia, Retzel is very fond towards animals as she feeds this black cat with a can of sardines. 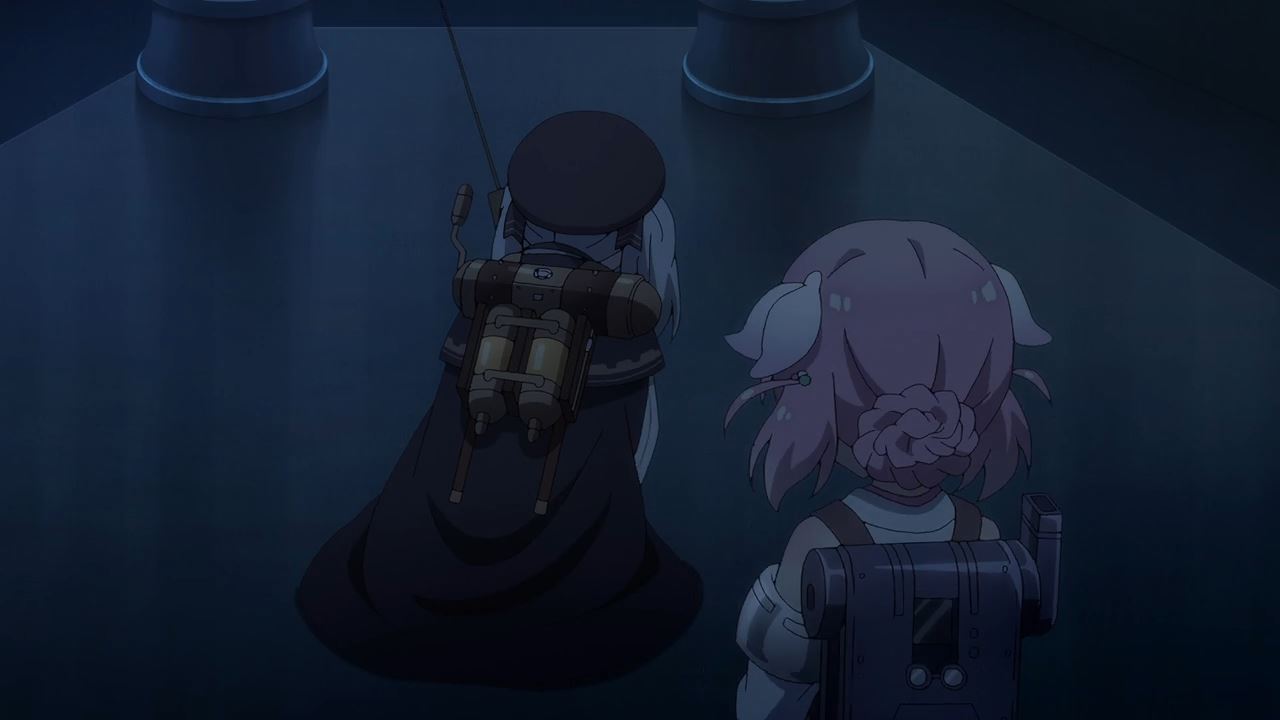 Now then, it’s time for Retzel to contact Lobelia in order to receive new orders. But wait a minute, the war is already over so there’s no need for her to conduct sabotage.

On the other hand, looks like Haizakura saw Retzel conducting her secret mission, meaning that she’s in danger of being stabbed by a Lobelian secret agent with a knife. 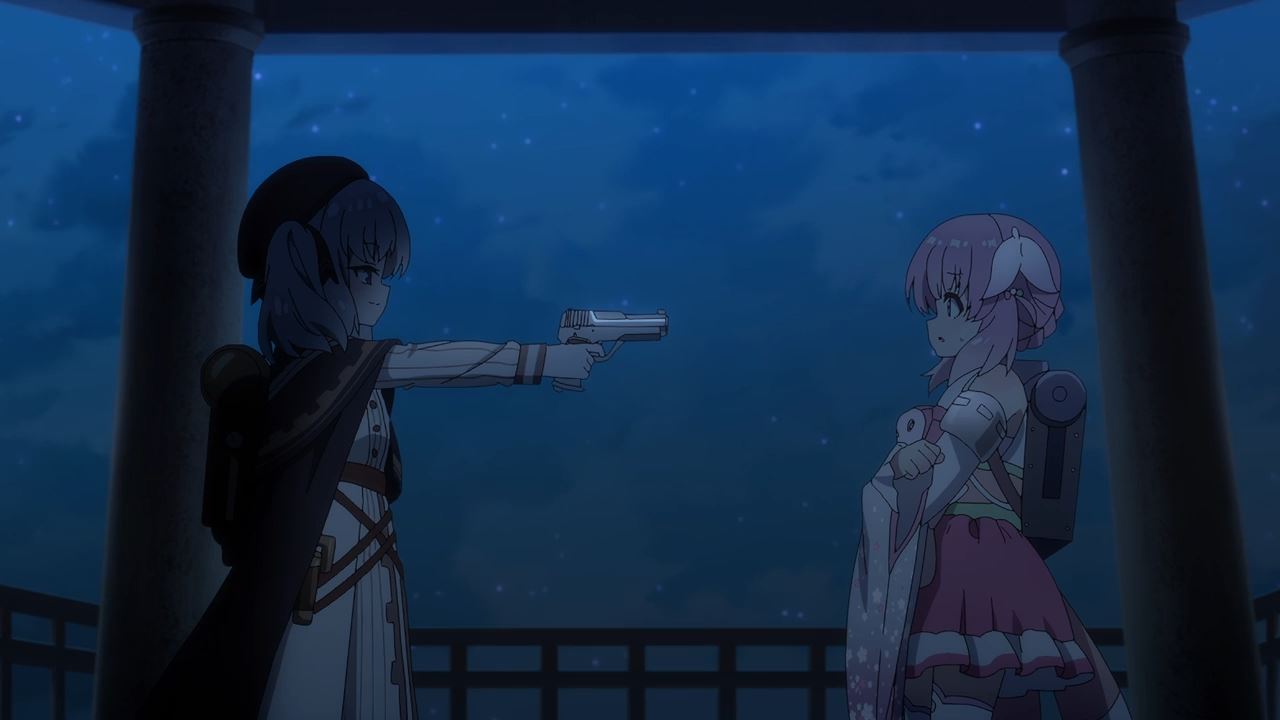 But instead, Retzel uses her gun to silence this meddling automata. Okay Retzel, why are you trying to steal knives from the café where you can use your gun?

Seriously though, Haizakura is in danger of being turned into scrap metal. 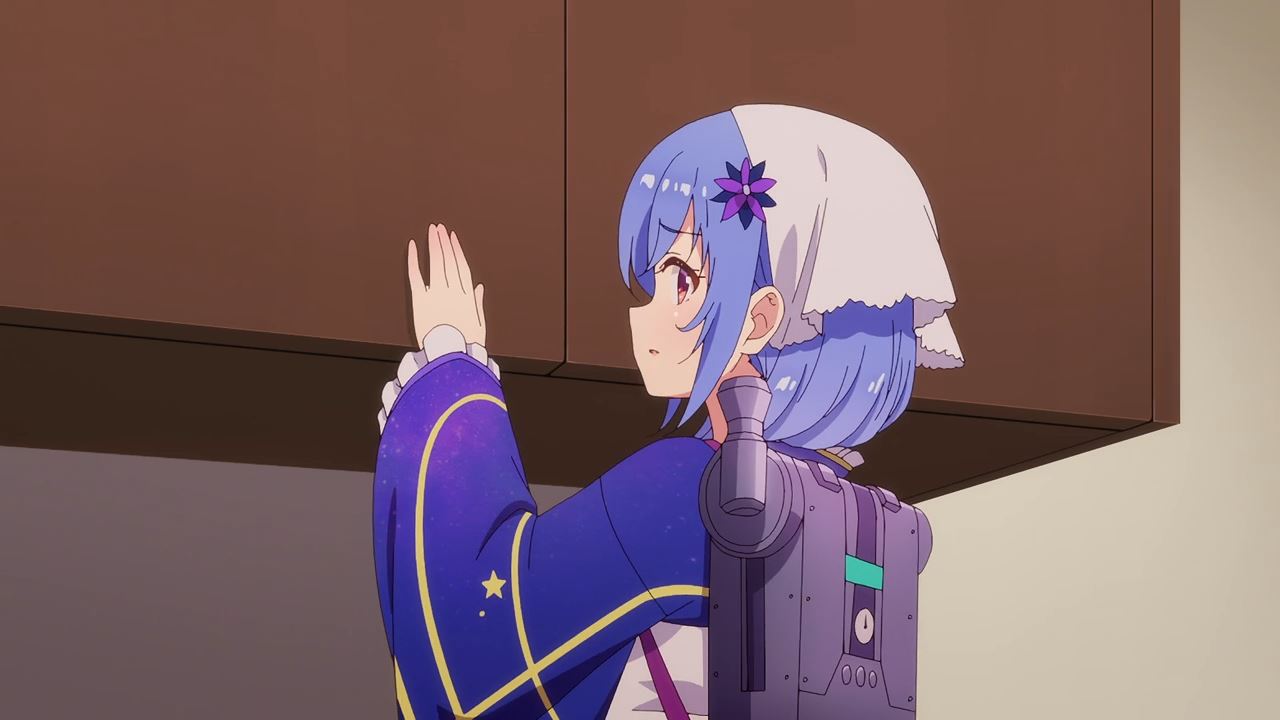 Meanwhile, Houkiboshi noticed that the knives inside the cupboard are stolen. Looks like Kuroneko-tei is alarmed that Haizakura is in danger. 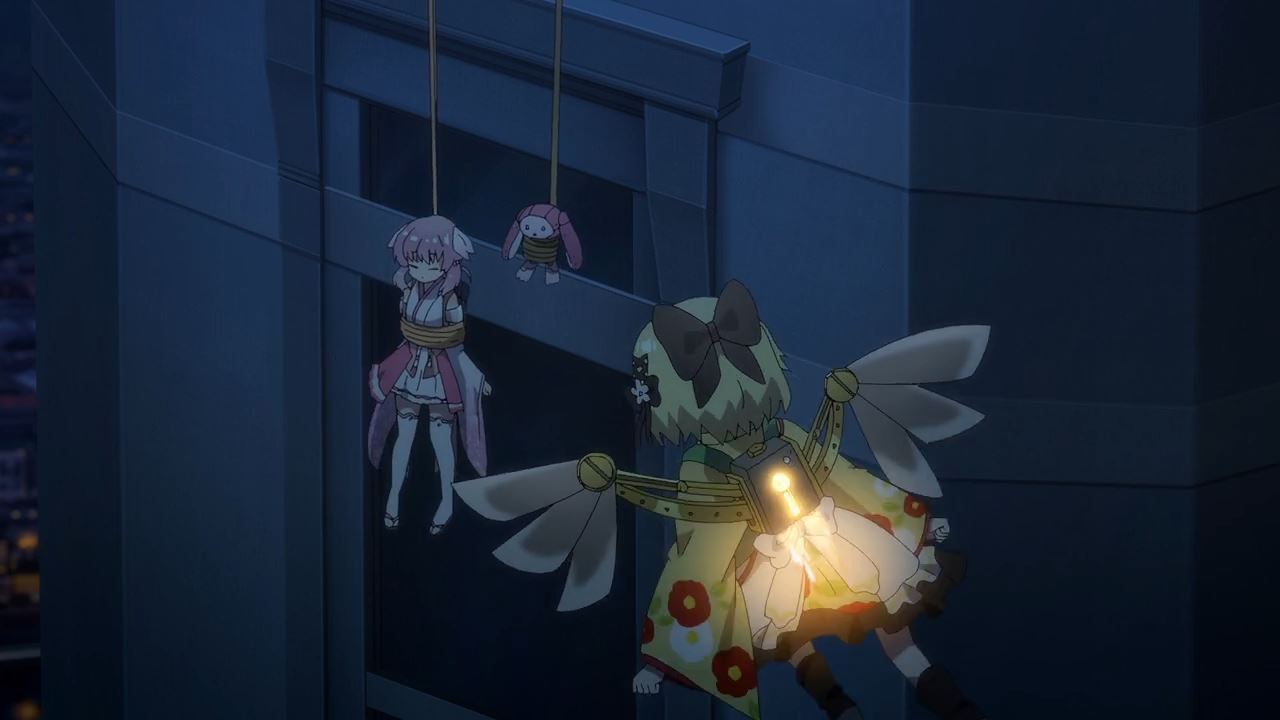 Fortunately, Gekka has arrived to save both Haizakura and her mechanica Inaba as they’re tied up to a clock tower instead of being shot down by Retzel. But wait a minute, what happened to Retzel? 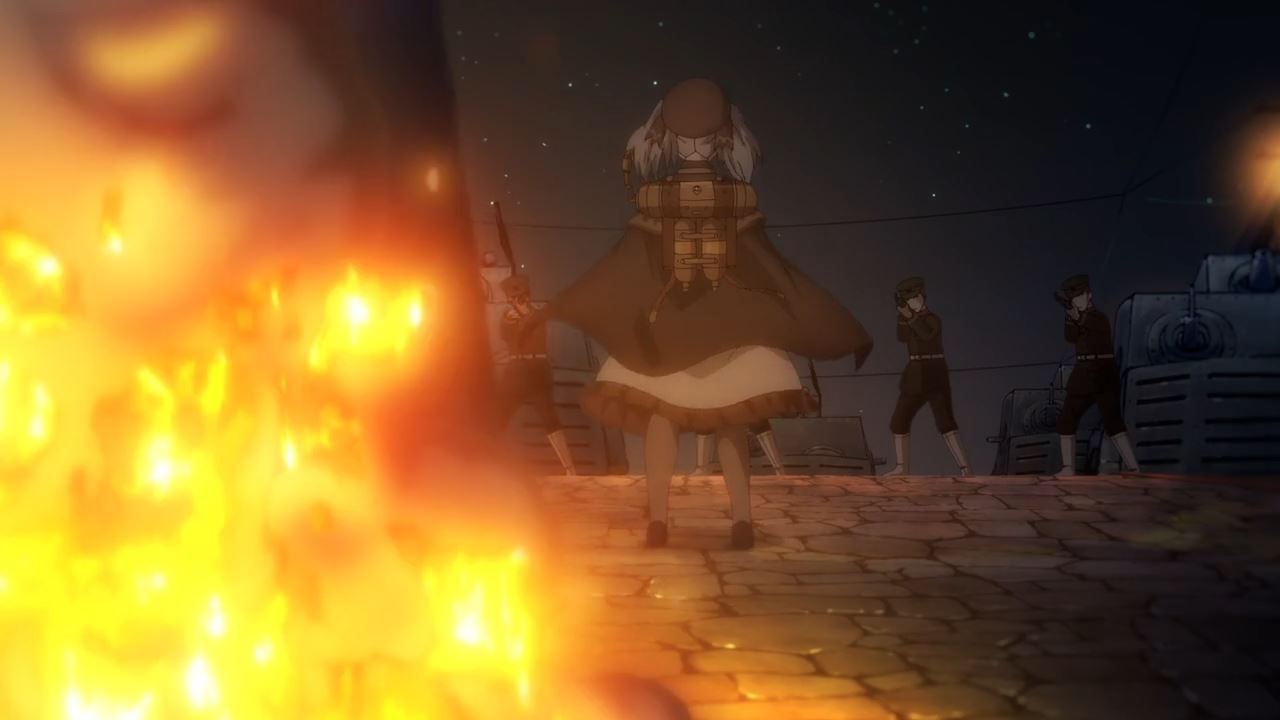 Oh, it appears that the military police found the Lobelian spy automata where she’s wrecking havoc across the capital. However, Retzel wants those soldiers to shoot her in either the head or the chest.

I have a feeling that Retzel learned the harsh truth that her own country abandoned her as there’s no need to continue the war effort. It’s pretty sad that Lobelia decides to throw her away in a country recovering from the devastating war. 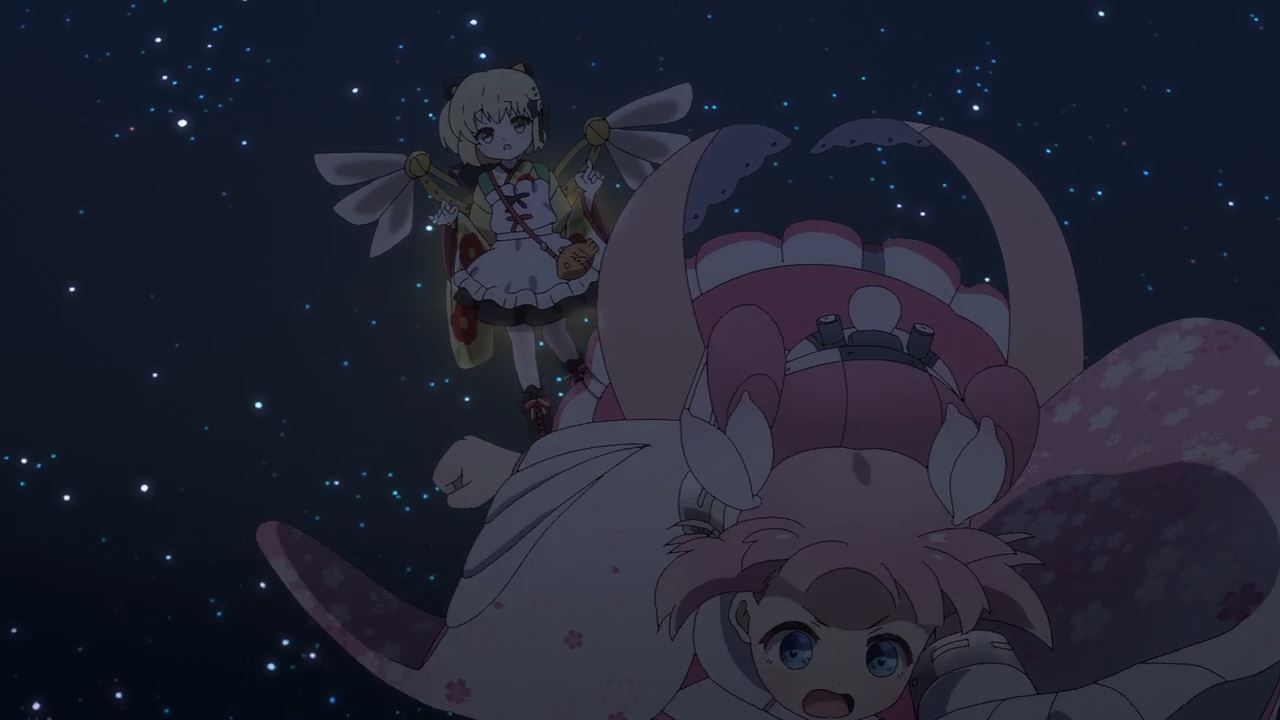 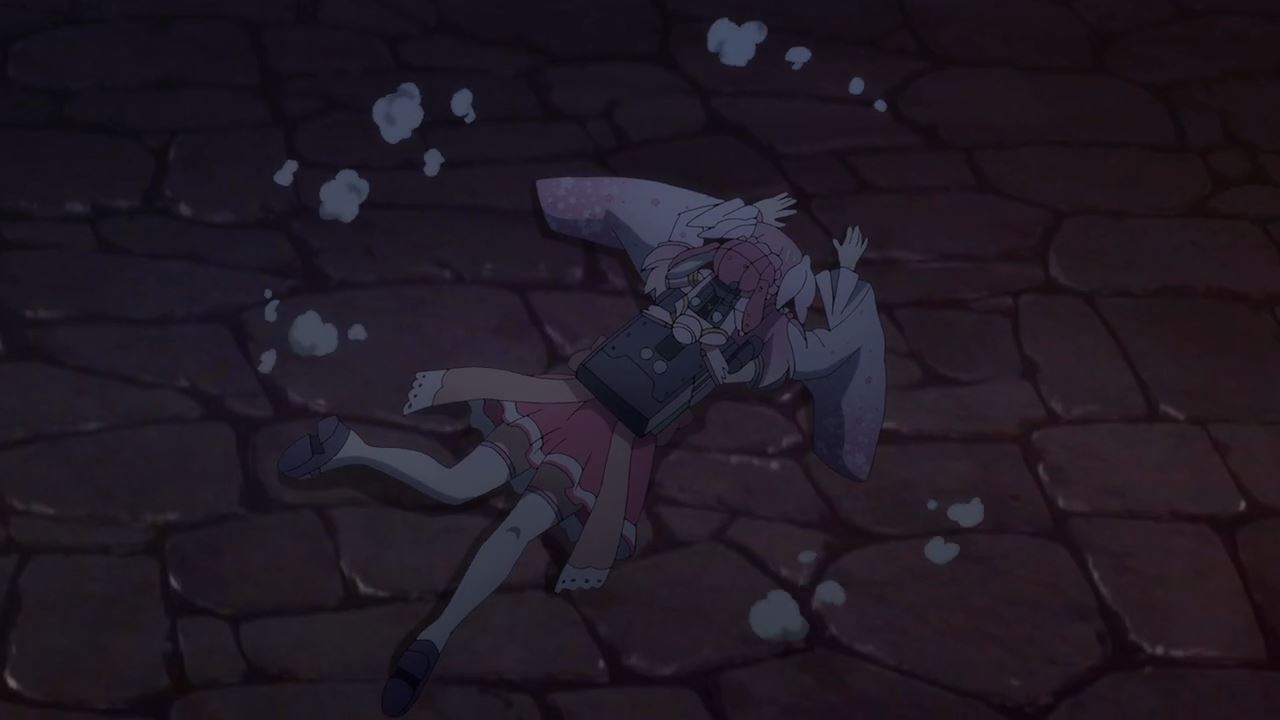 Unfortunately, Haizakura got 0 points out of 10 when it comes to landing. Still, this automata is alright as Haizakura tries to convince Retzel to live rather than die in battle. 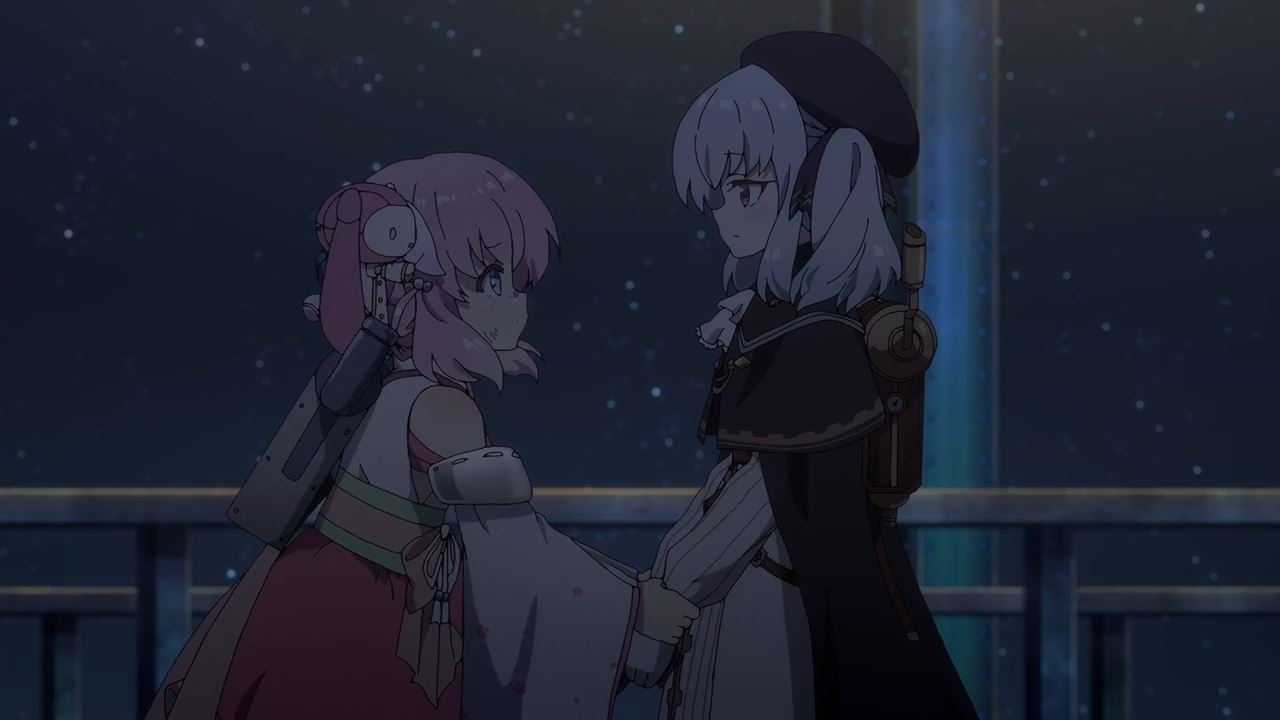 Still, Retzel is determined to end her life inside an enemy nation now that she lost her only purpose in life, although I wish Haizakura would snap out of her delusion by hitting Retzel to the face. 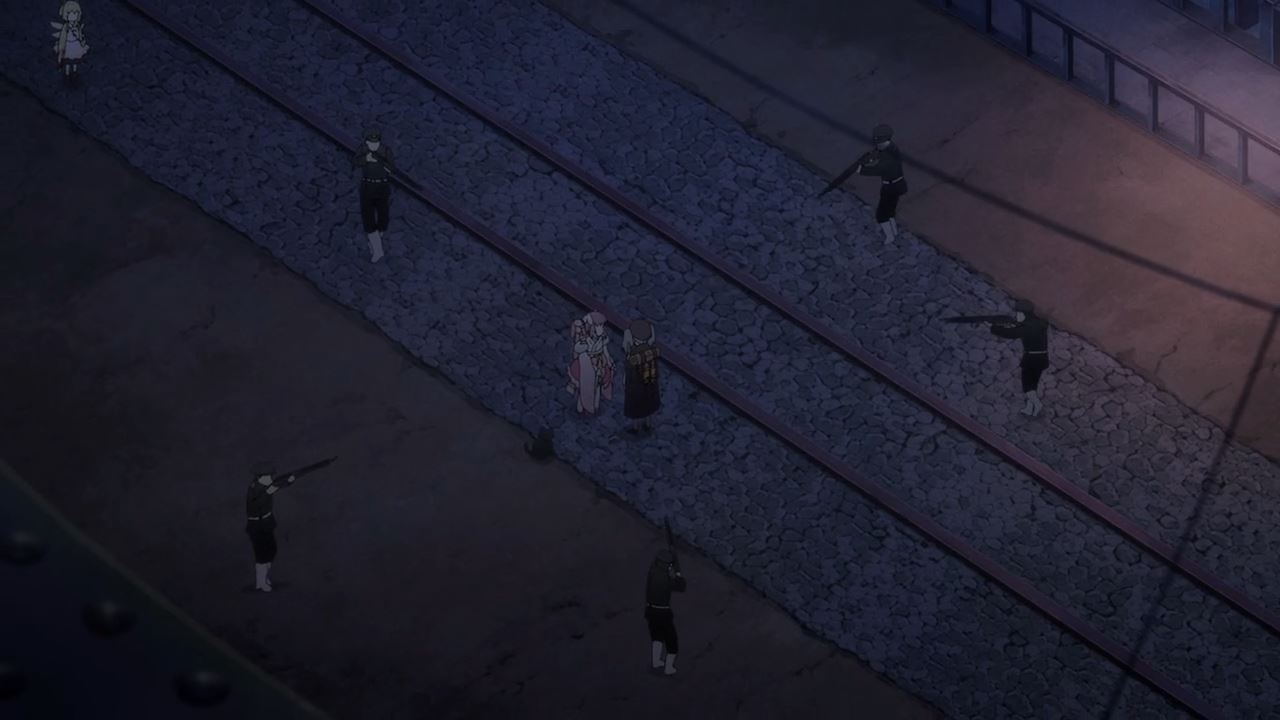 In the end, the military captured Retzel for attempting to destabilize the country. At this point, her current logic system will be wipe out. 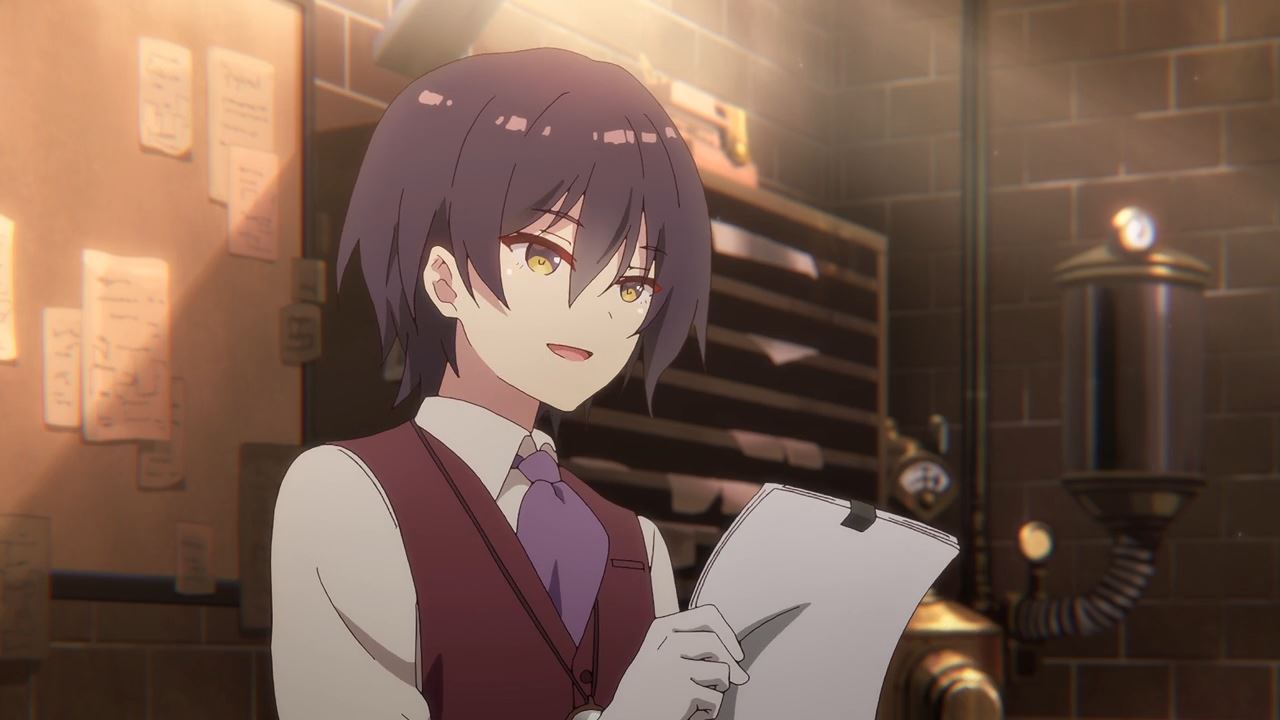 Of course, that’s on paper as Nagi Touma retained Retzel’s memories as he doesn’t want her to become scrap metal. After all, his café gathers machines who are useful in serving customers in a peaceful world. 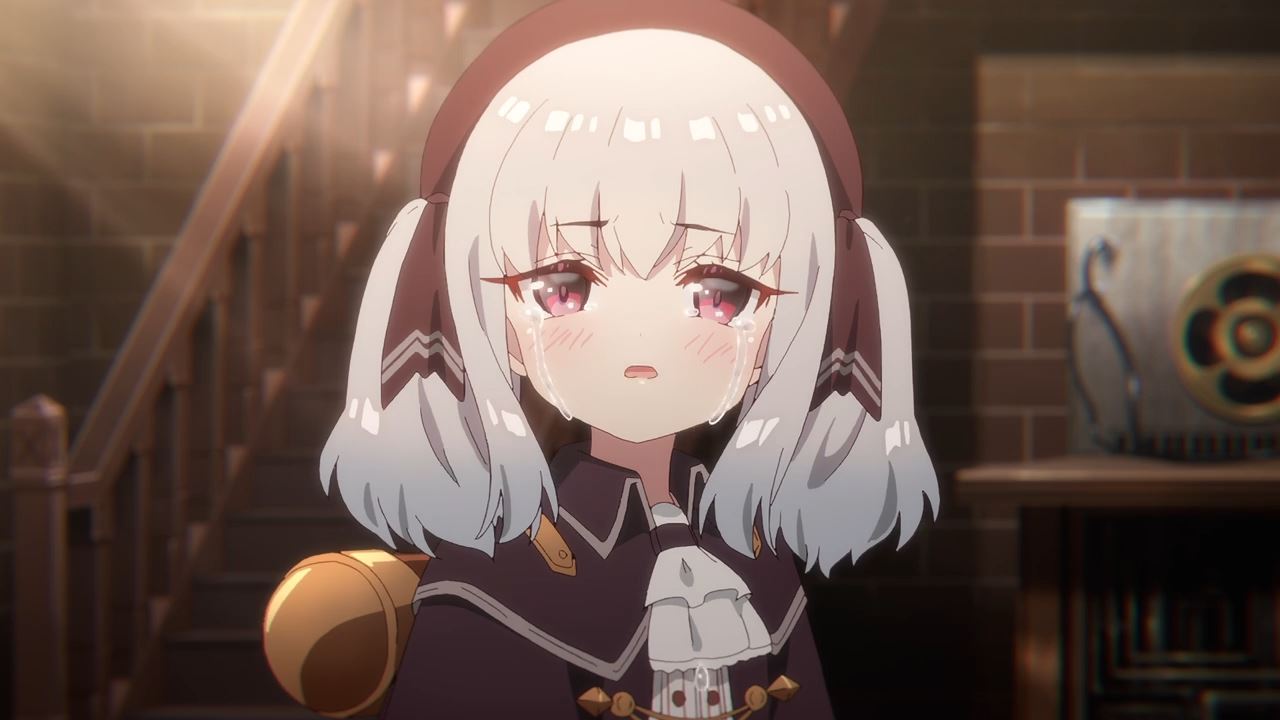 As for Retzel, she was brought down to tears upon learning that her memories are still intact. Still, I’m hoping that Retzel will turn on a new leaf as there’s no need to fight anymore.

In any case, Kuroneko-tei now has 5 automata as they have a new lease of life inside the café. Anyways, tune in next time where I’m hoping that those peaceful days will last longer…