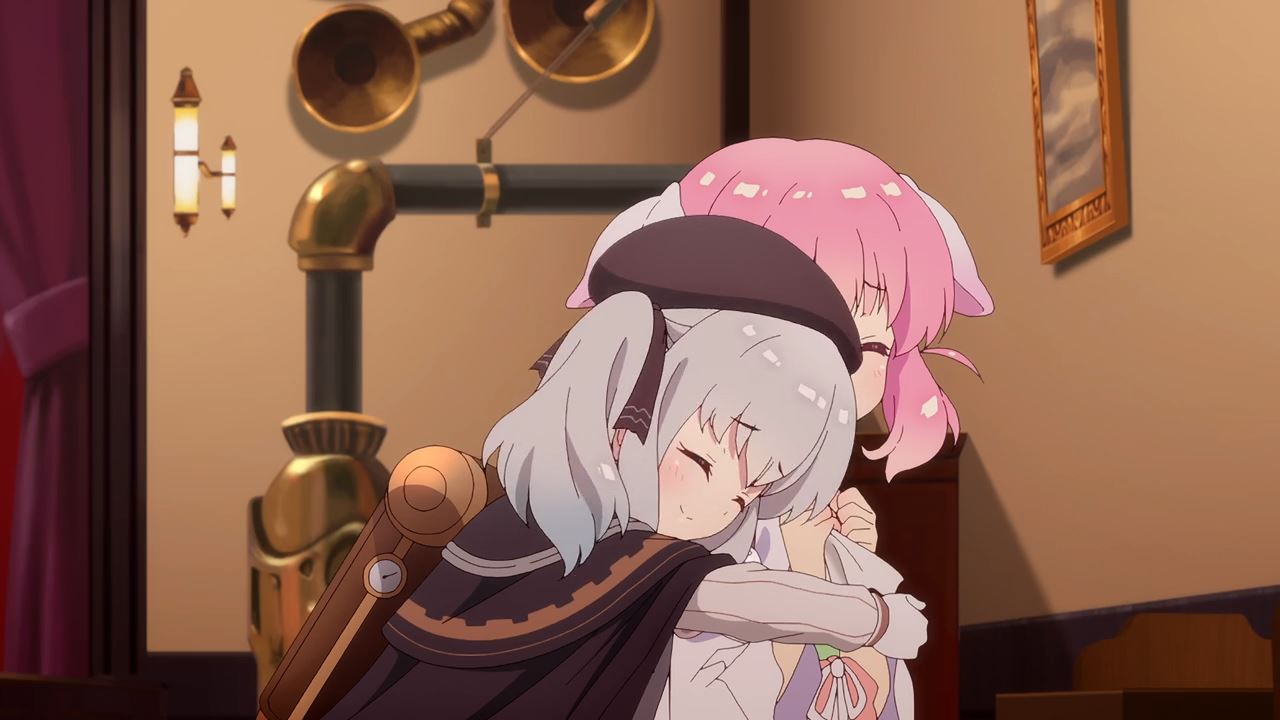 Let’s begin with Retzel where after being abandoned by her own country, she now lives in Kuroneko-tei café where Retzel admires Haizakura.

Unfortunately, their café doesn’t have any customers lately due to recent attacks from rouge war machines and the Imperial Line Faction. 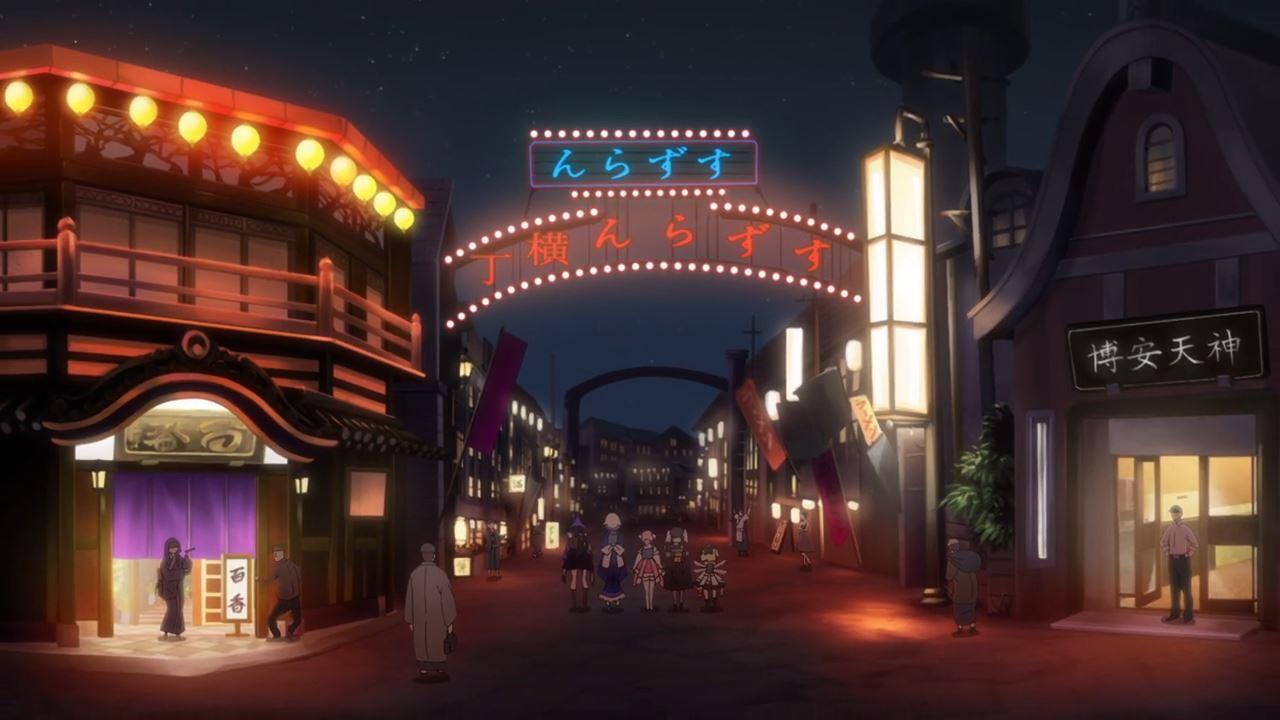 So, Haizakura and the rest of the automata went to Suzuran Lane in the Sixth Ward, a red-light district where it’s basically a no-go for young kids.

By the way, Chiyo actually suggested to visit Suzuran Lane, which I have some questions on whether her parents are lenient when it comes to visiting shady places or that Chiyo doesn’t have parents at all. 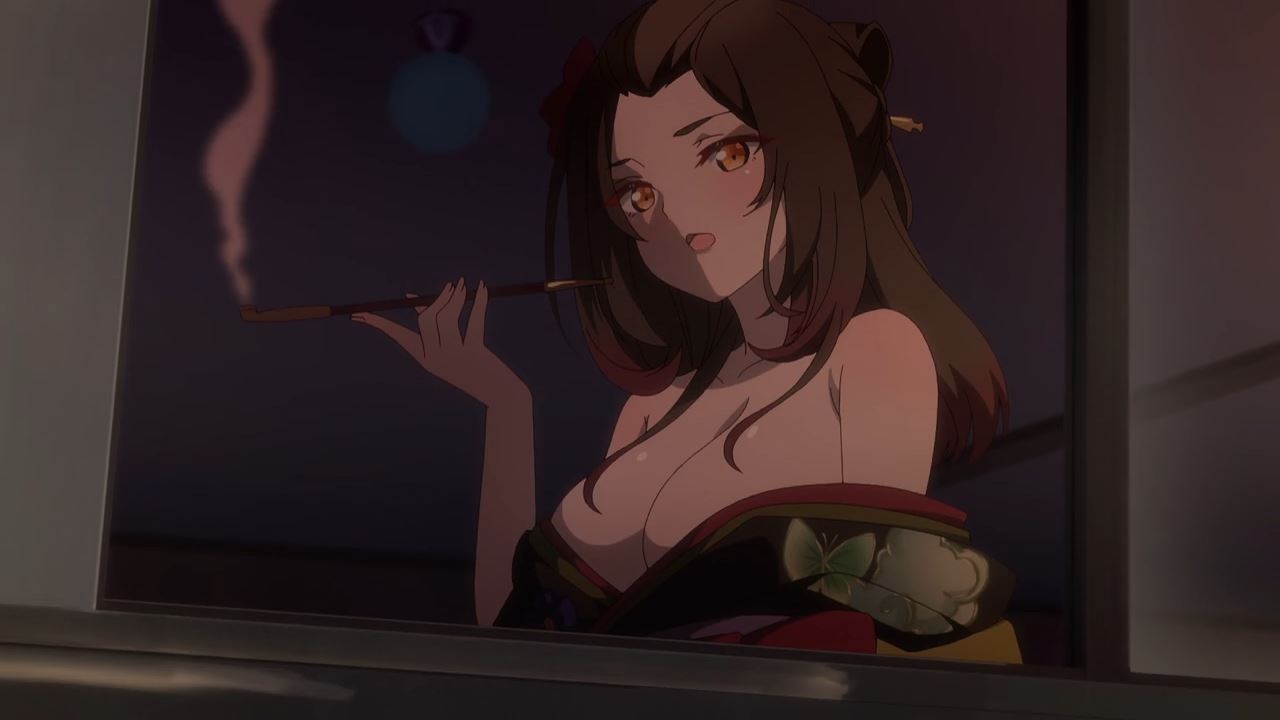 Now then, here’s the courtesan where she’s surprised to see a group of automata visiting her cabaret. I have a feeling that she’s gonna recruit them as hostesses. 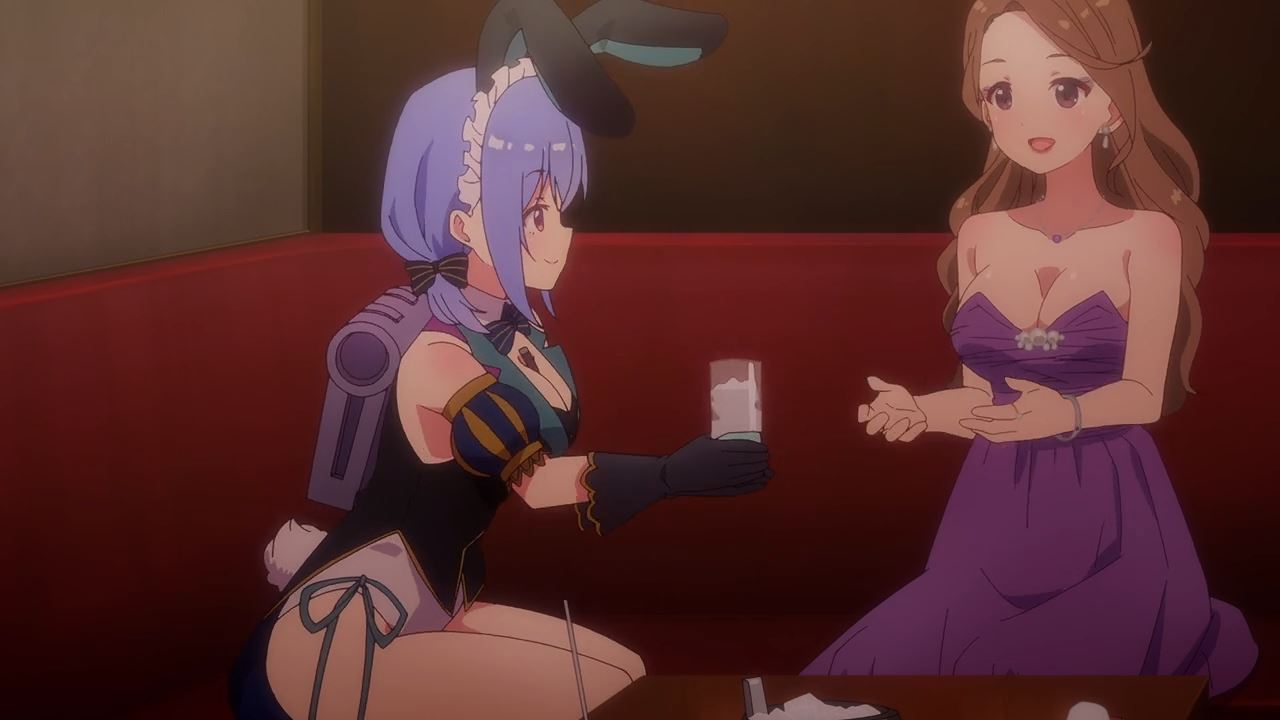 And you know what, she did recruit Haizakura and the rest to become hostesses, complete with bunny suits.

Of course, they’re not here to work at a rival establishment as Haizakura wants to know how to attract more customers. C’mon, Kuroneko-tei is struggling right now. 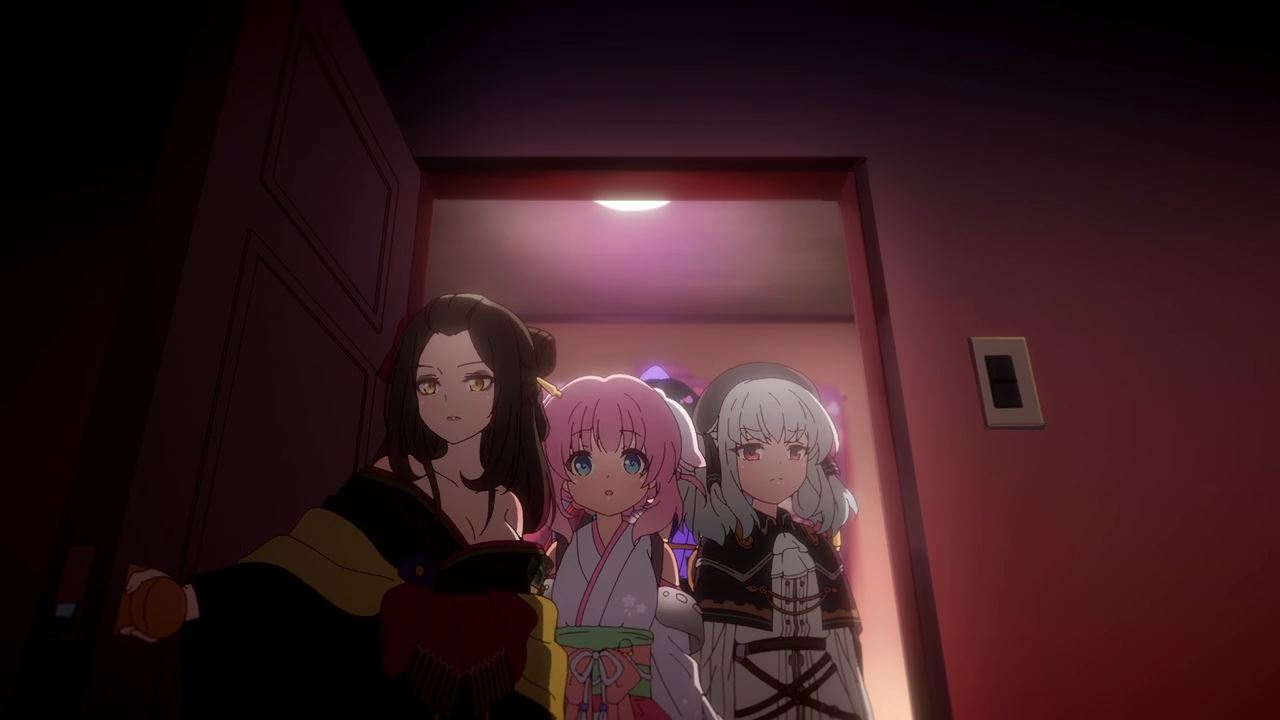 With that said, the courtesan shows something to the automata as there was a time she hold a café back in the day. 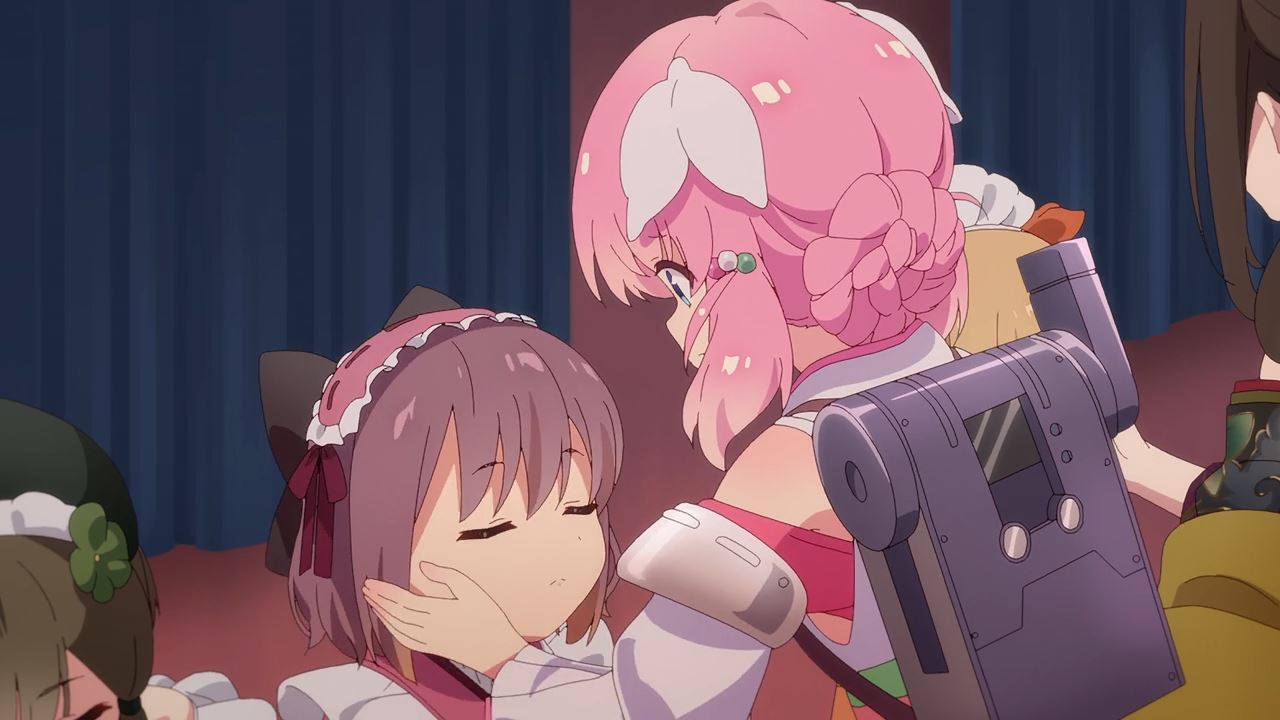 Not only that, but the café hosted machines (or dolls as the courtesan calls them) where they’re being used to entertain the local folks rather than being sent to the battlefield

Sadly, humans feared that those machines will endanger them, thus humans want them gone for good even though most of them are not used for combat. 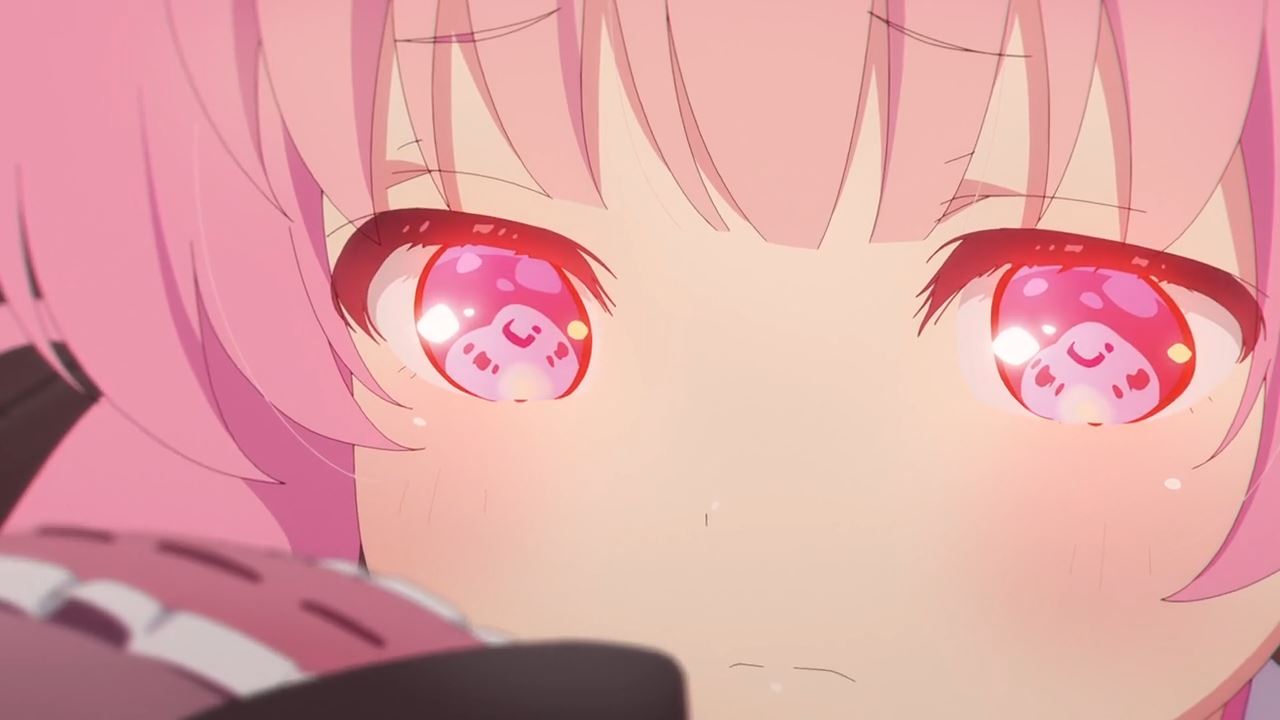 Still, Haizakura is really curious on what happened to the automata as she took a peek at their memories. 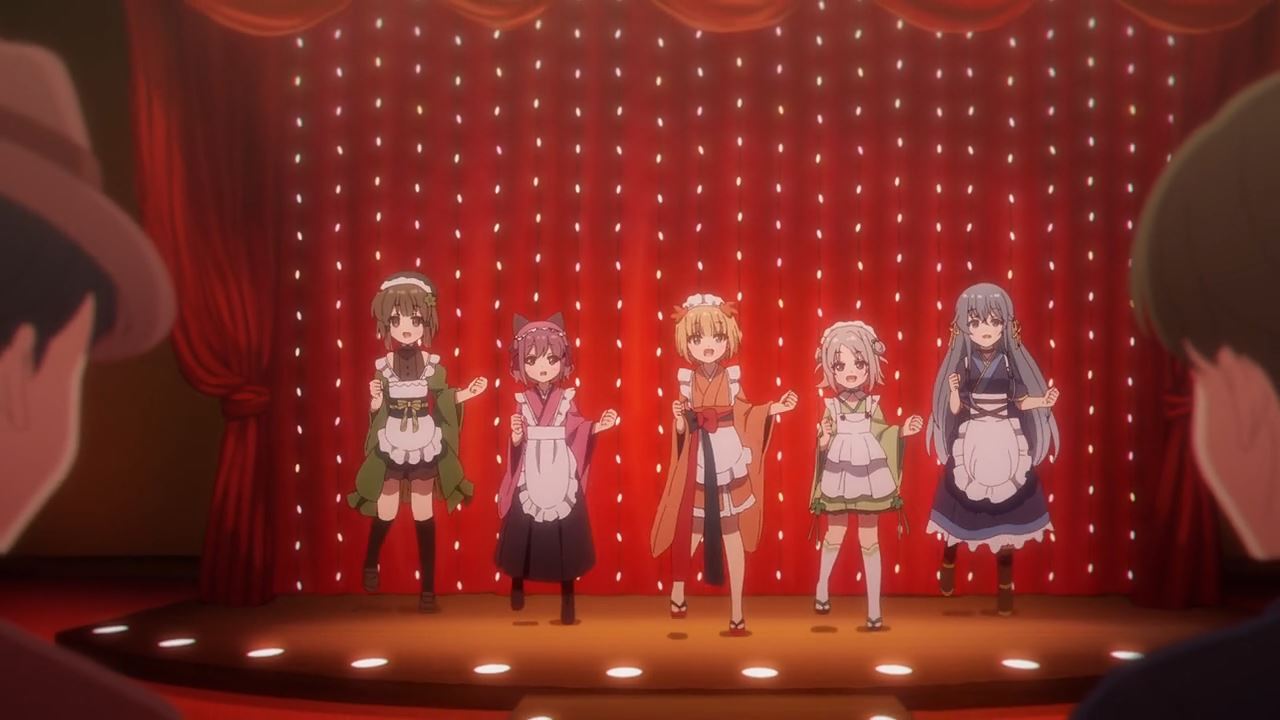 And well, it was quite pleasant where a group of automata are entertaining the crowd at the Suzuran Lane. Sadly, those days didn’t last long.

Still, I really wish Nagi Touma will pick them up instead of being turned into scrap metal. 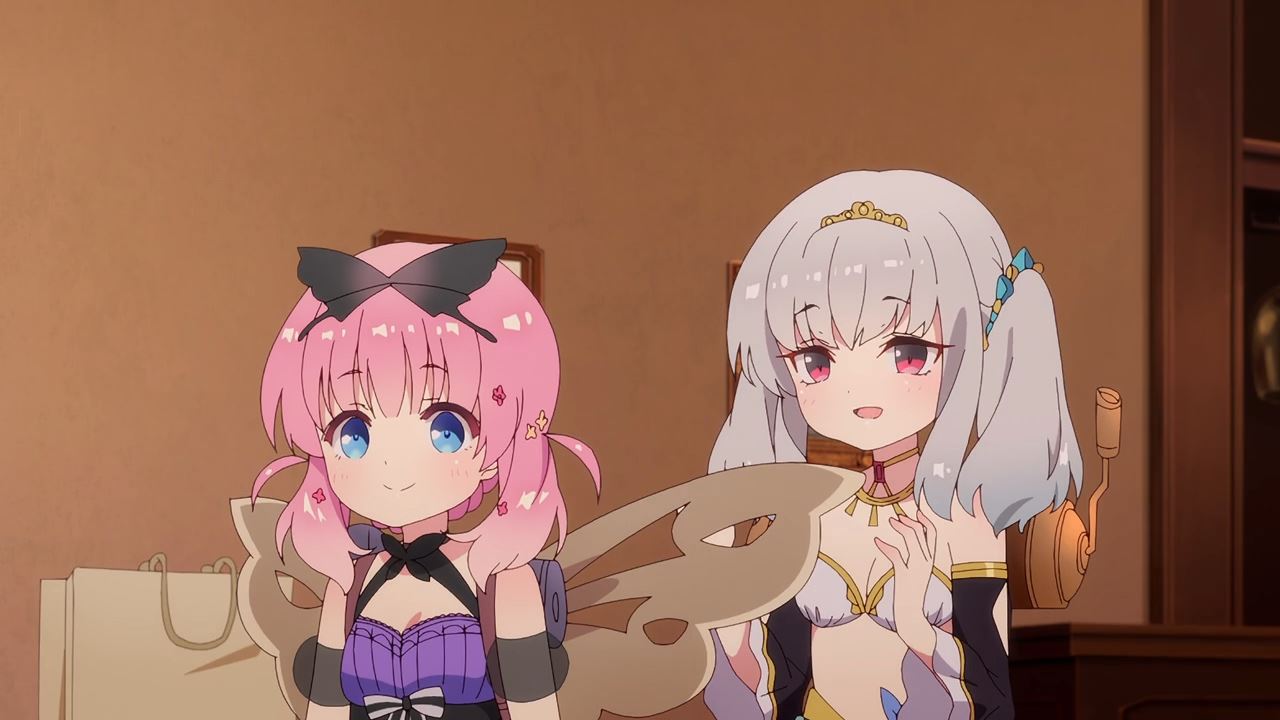 Now then, looks like Haizakura and the rest got some ideas upon visiting the Sixth Ward as they dress up as hostesses with butterfly wings. 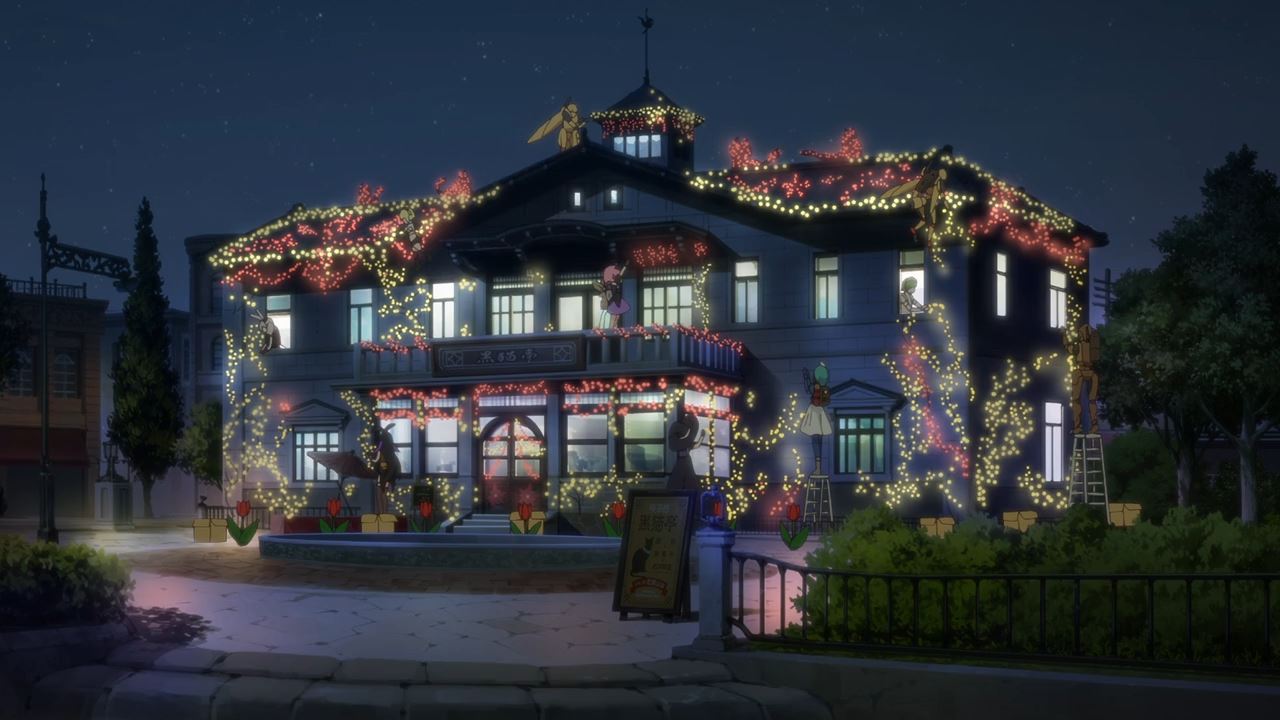 Oh and as for the lights? The entire café will cover lots of it, although the electricity bill will be pretty big given that the country is currently recovering from the terrible war. 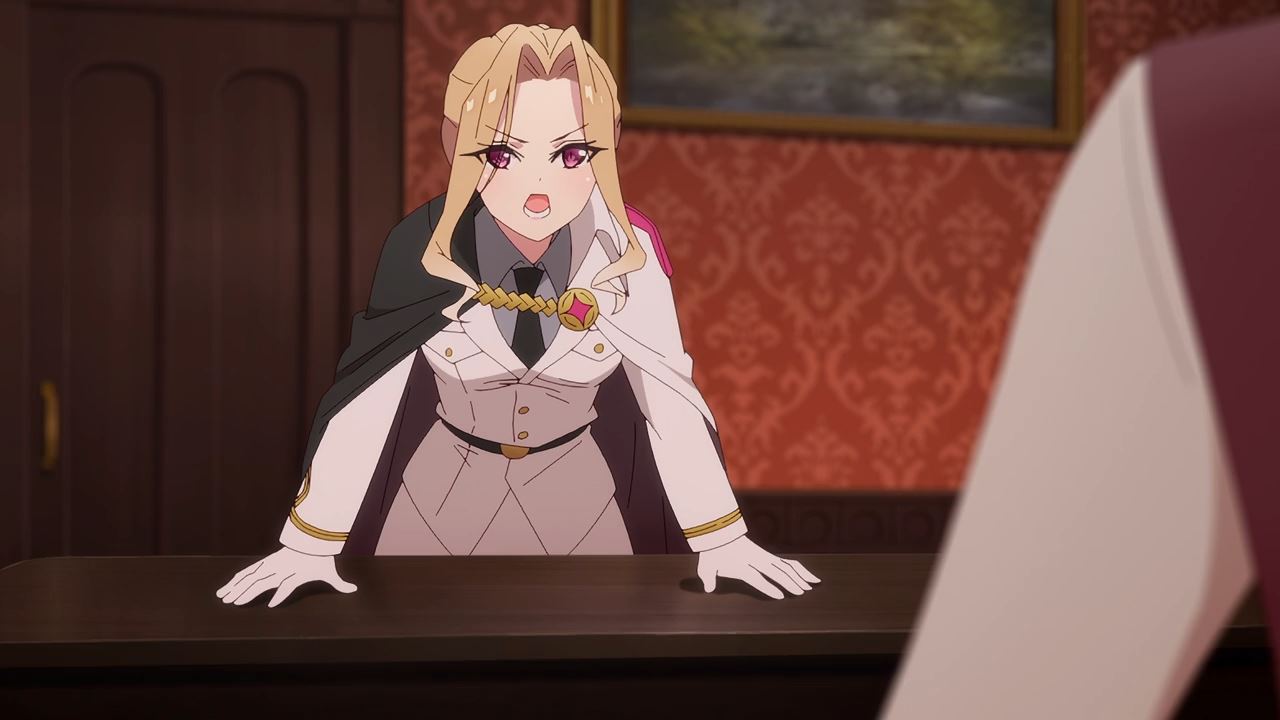 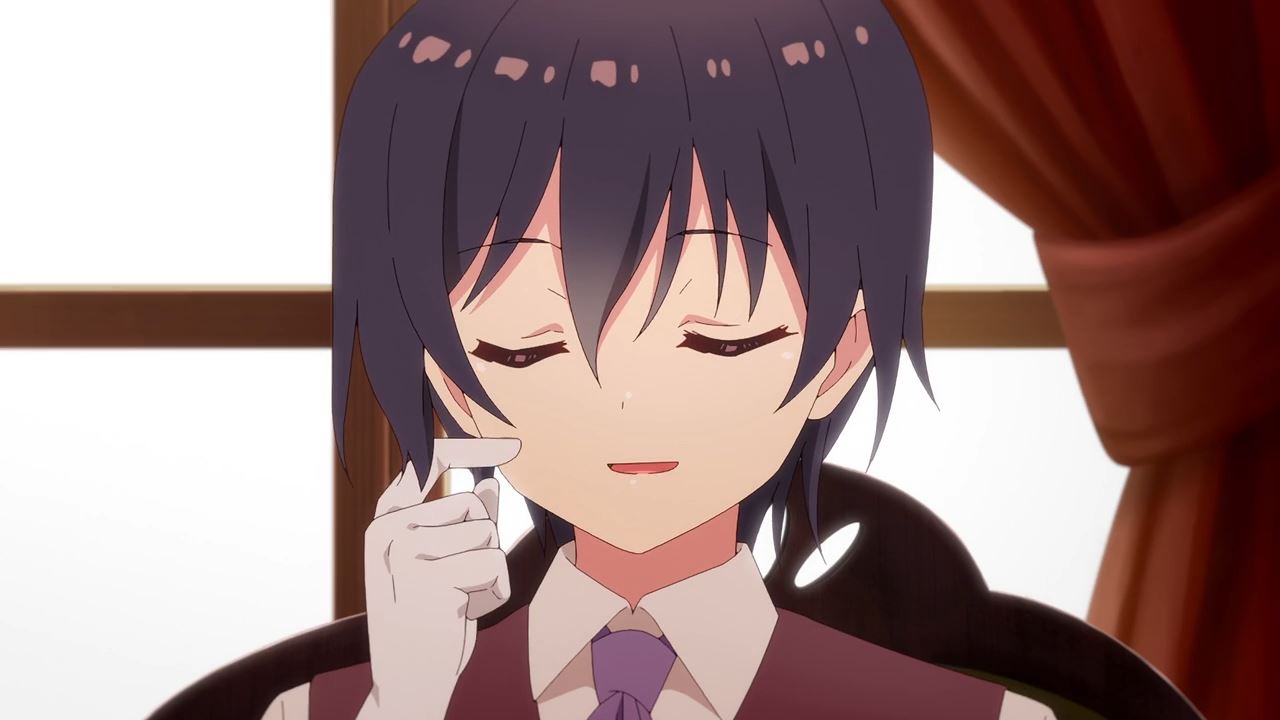 Of course, Nagi Touma will have to apologize on their behalf as Haizakura and the rest didn’t do anything wrong, it’s just that they want to make Kuroneko-tei into a livelier place. 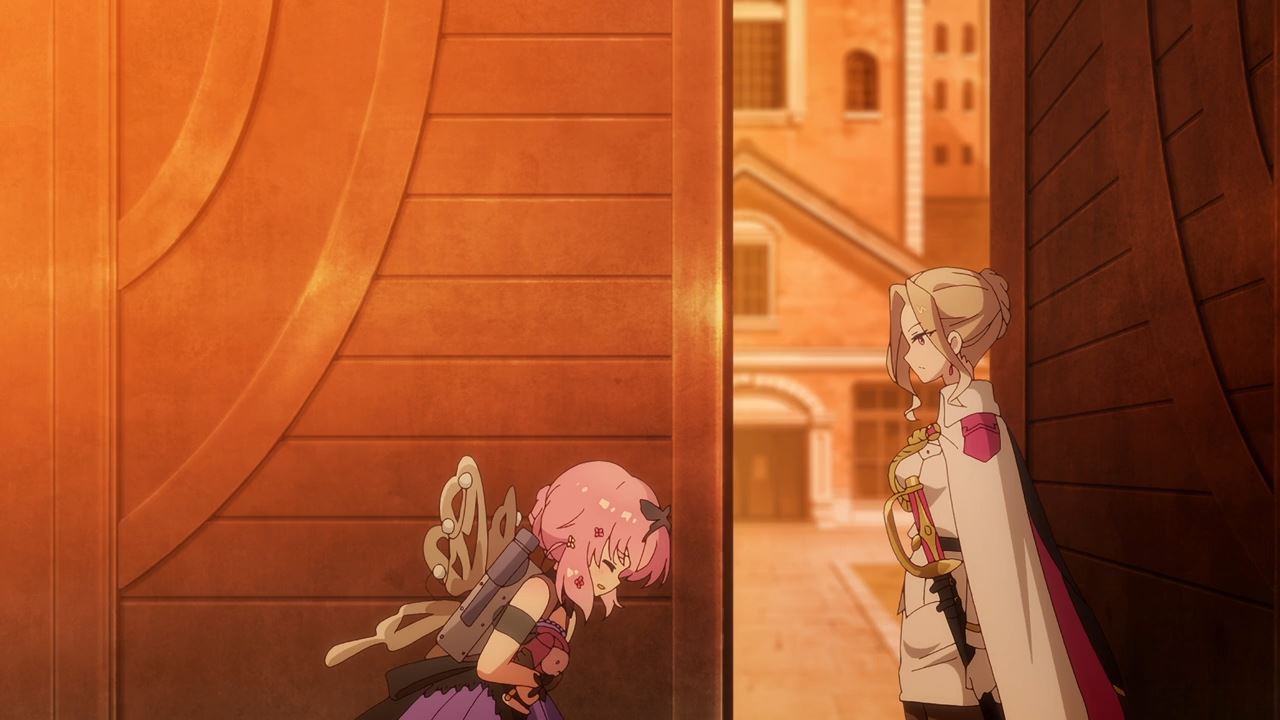 Now then, here’s Haizakura where she apologized to Otome Okunomiya for the trouble she and her fellow automata caused earlier.

After all, they’re not causing a nuisance in the city as Haizakura and the rest wanted to bring smiles to everyone’s faces at Kuroneko-tei. 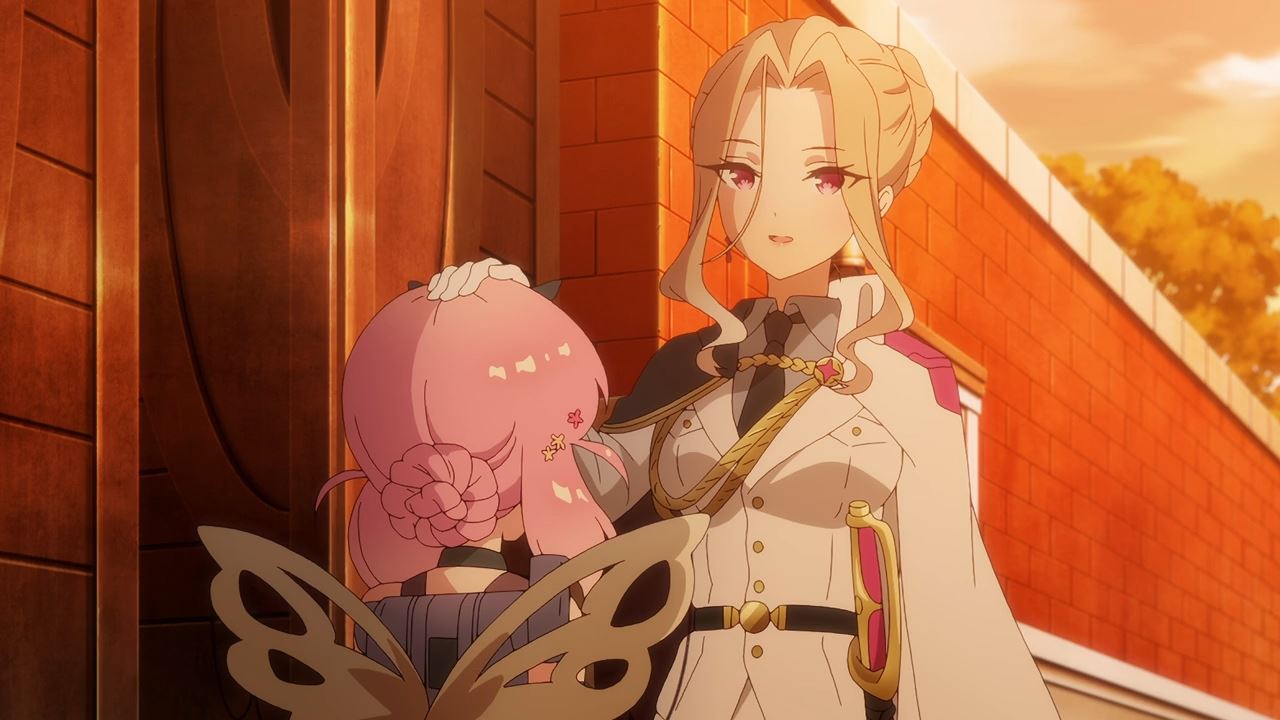 As for Otome Okunomiya, looks like she accepted Haizakura’s apology as Otome-san understands that the automata in Kuroneko-tei don’t pose a threat to humanity. C’mon, the only group who wants to disturb the peace is the Imperial Line Faction. 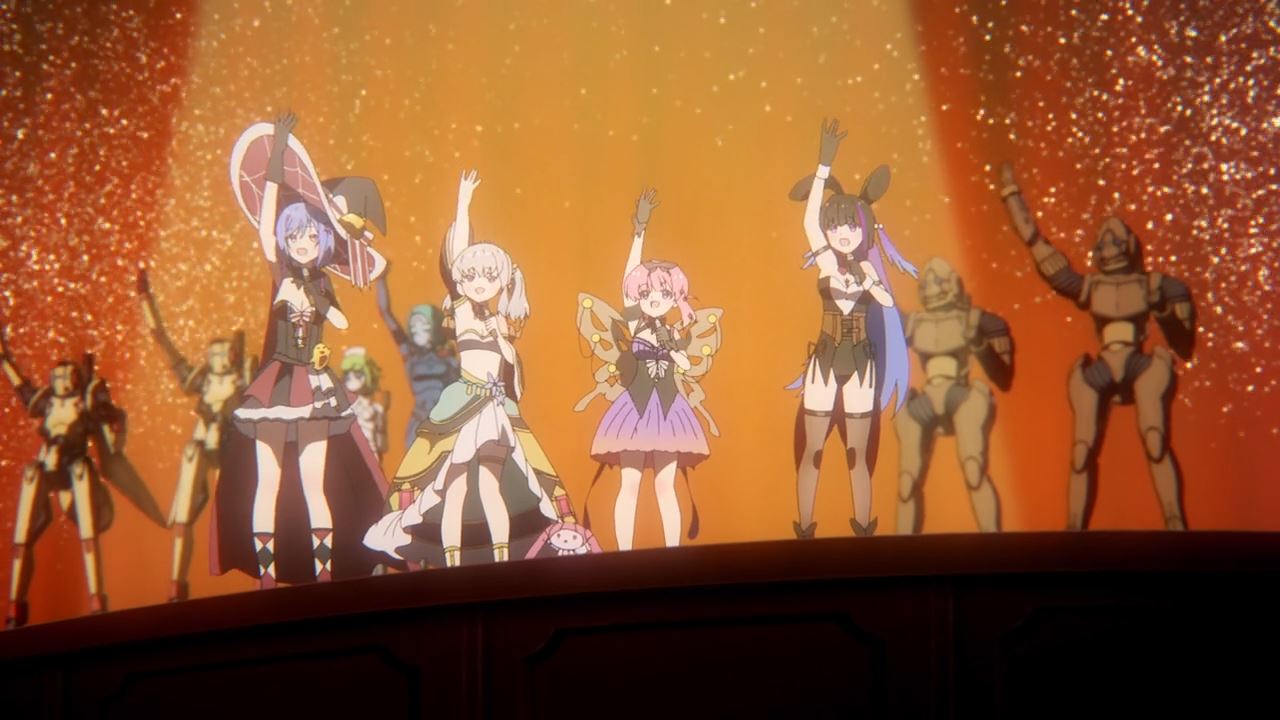 And so, the automata from Kuroneko-tei removed most of the decorative lights as Haizakura and the rest decides to put on a live performance. 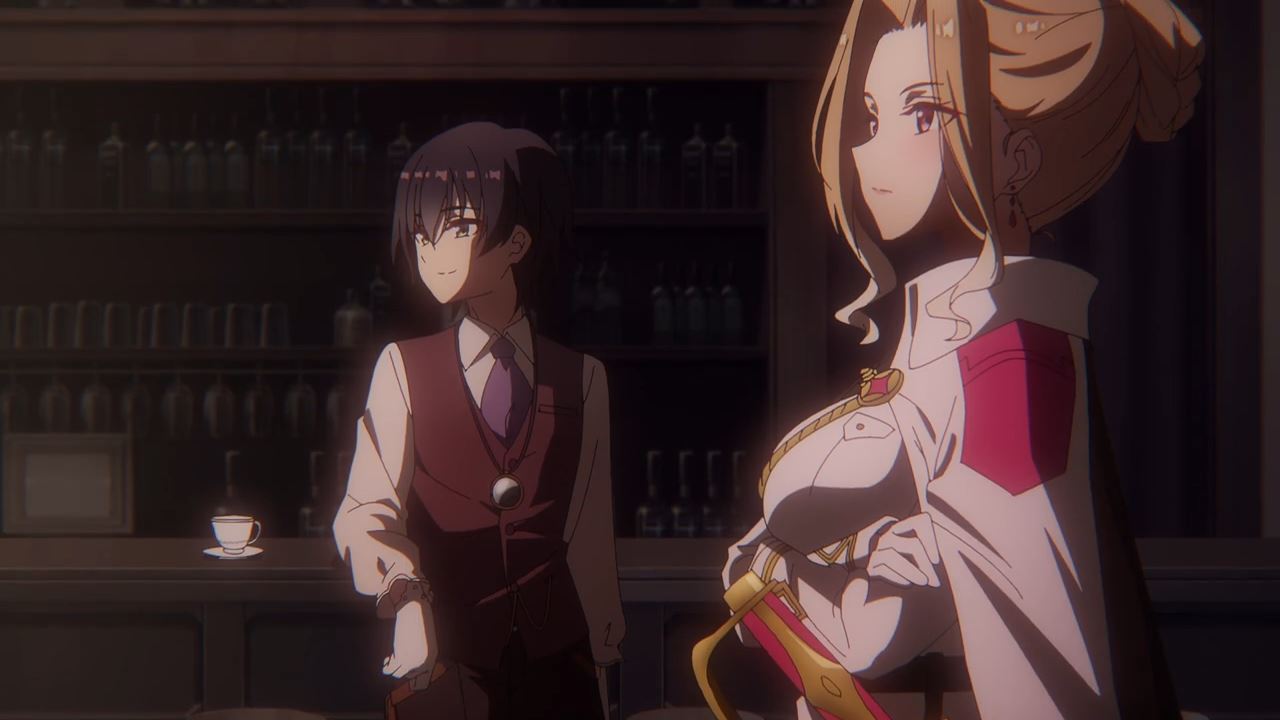 Regardless, it appears that the café will continue to entertain people as Nagi Touma and Otome Okunomiya wished that this period of peace will last for an eternity. 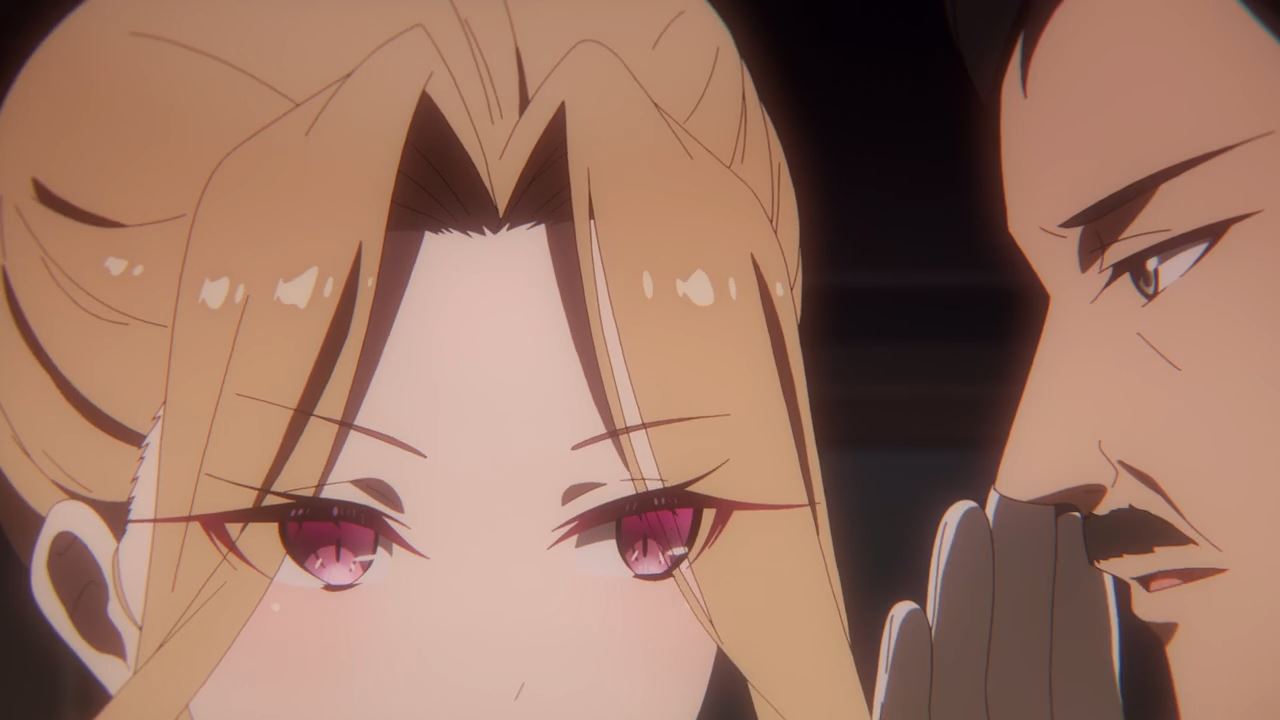 That is until Otome-san received a report that they found the legendary automata Ouka at a different continent.

Now, I have a feeling that Prima Doll will have a change of tone on the next episode as things will get serious from now on.