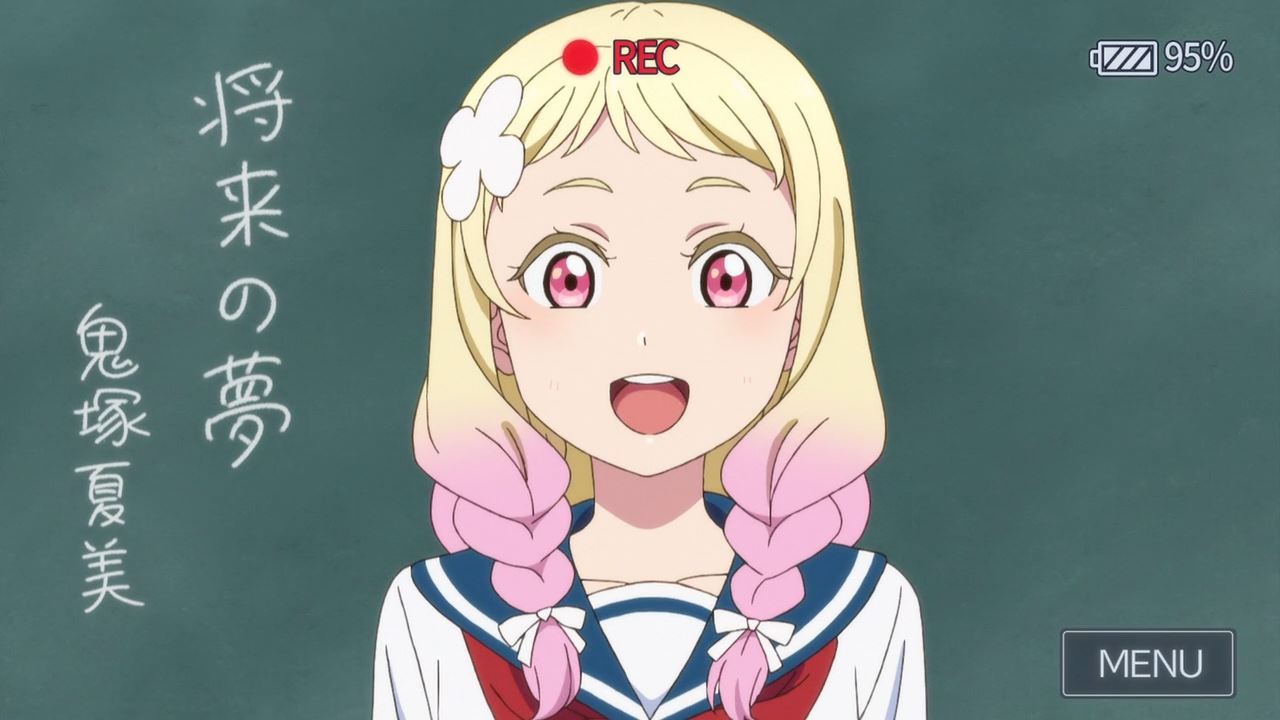 Let’s begin this episode with a young Natsumi Onitsuka where she dreams of becoming an amazing and famous person in the future, ranging from being an athlete, a scientist, or even a fashion model. 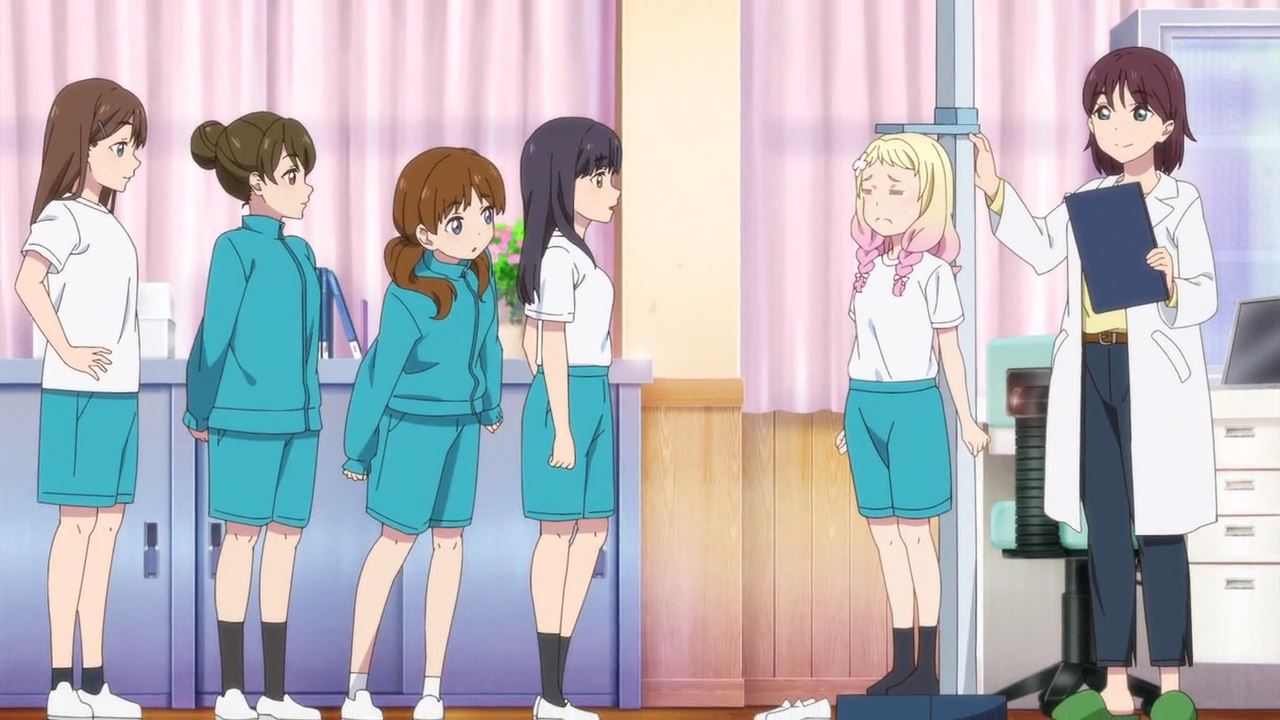 Except that Oninatsu doesn’t have the physical talent, the brightest mind, or even the stunning looks as she’s basically an average girl.

But that doesn’t stop Natsumi from becoming famous as she became a live blogger, although Onitsuka acts like a con artist as she wants to get rich by riding the Liella wave of popularity. 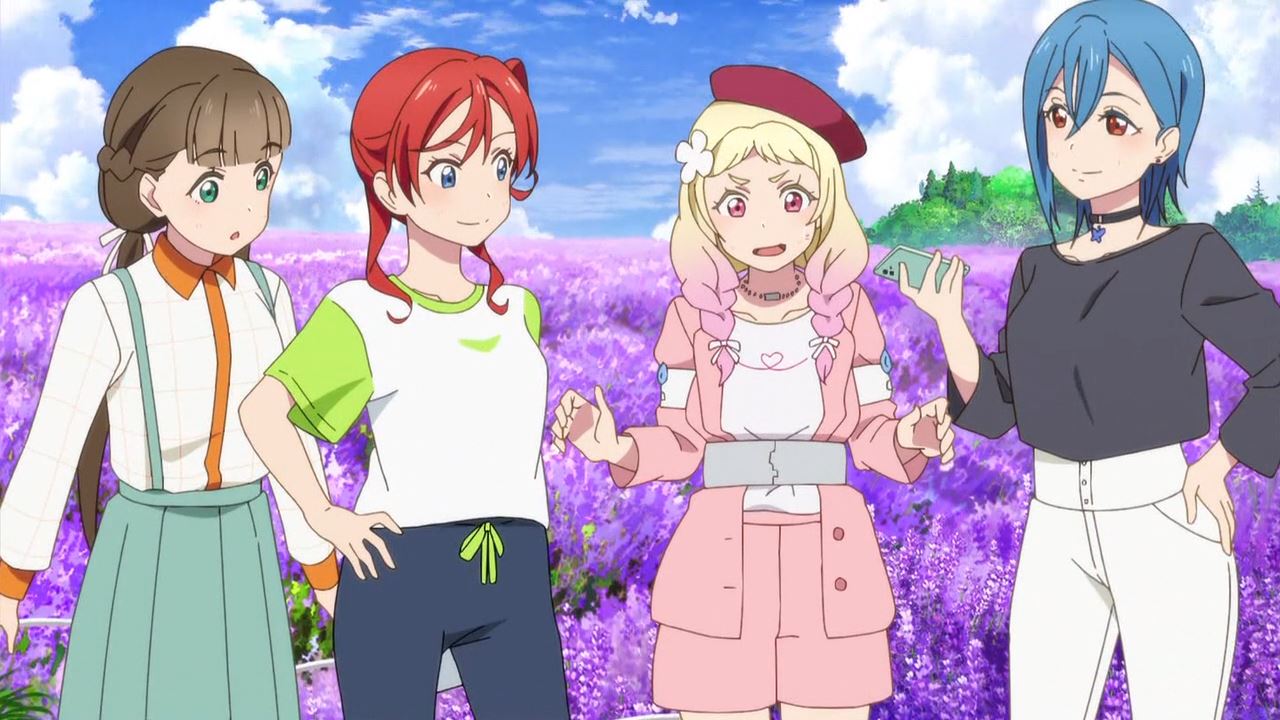 Anyways, the 1st year students went to Kinako’s hometown of Hokkaido where they’ll have their own summer camp, although I have to say that it’s a good testing ground for Shiki Wakana’s inventions like the walking machine. 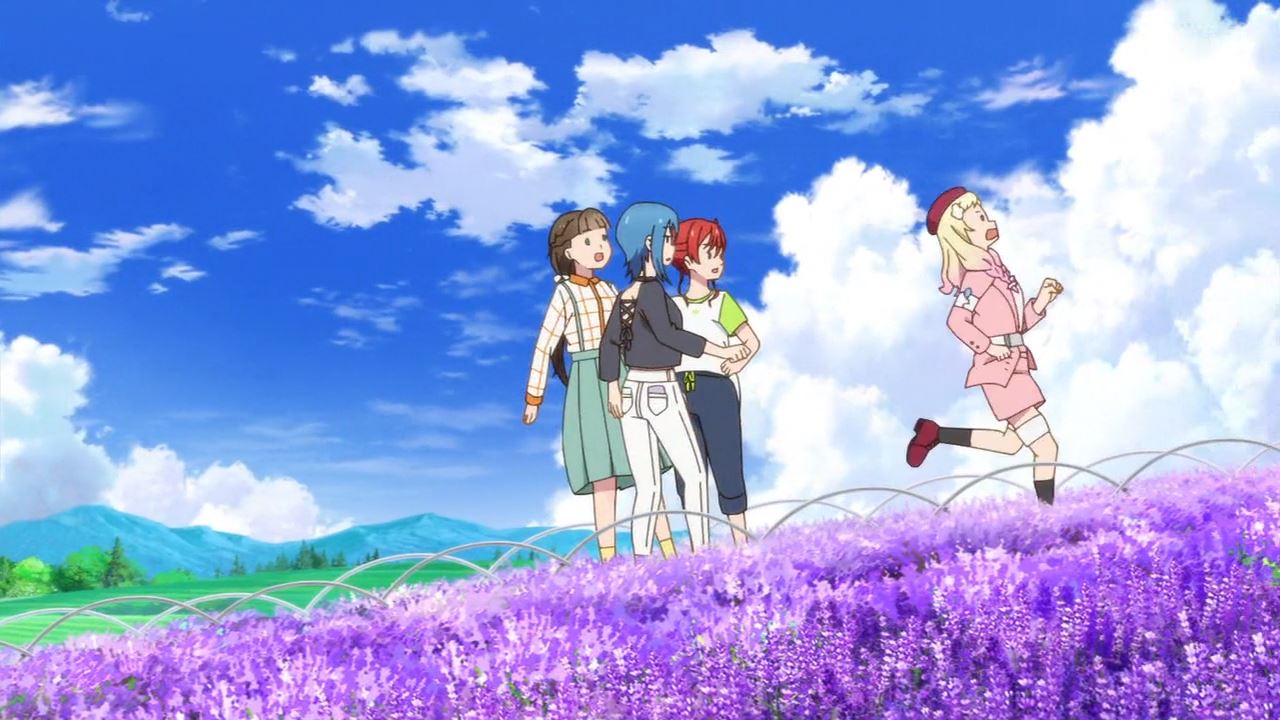 And sadly, OniNatsu became a guinea pig for Shiki’s latest creation. You know what, Natsumi should work on her cardio if she wants to endure the long training session from her fellow 1st year students. 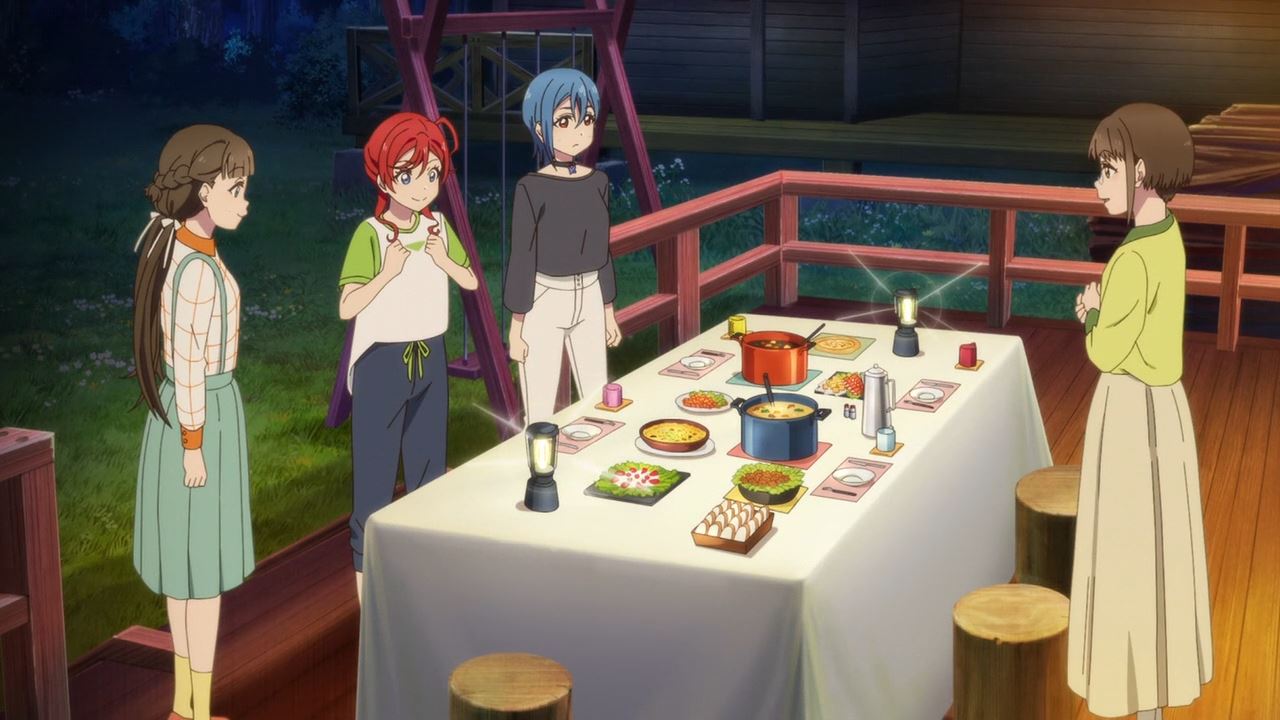 By the way, they’re gonna stay at the Sakurakoji residence as Kinako’s mother welcome her new friends from Yuigaoka Girls’ Academy. But wait a minute, where’s Onitsuka? 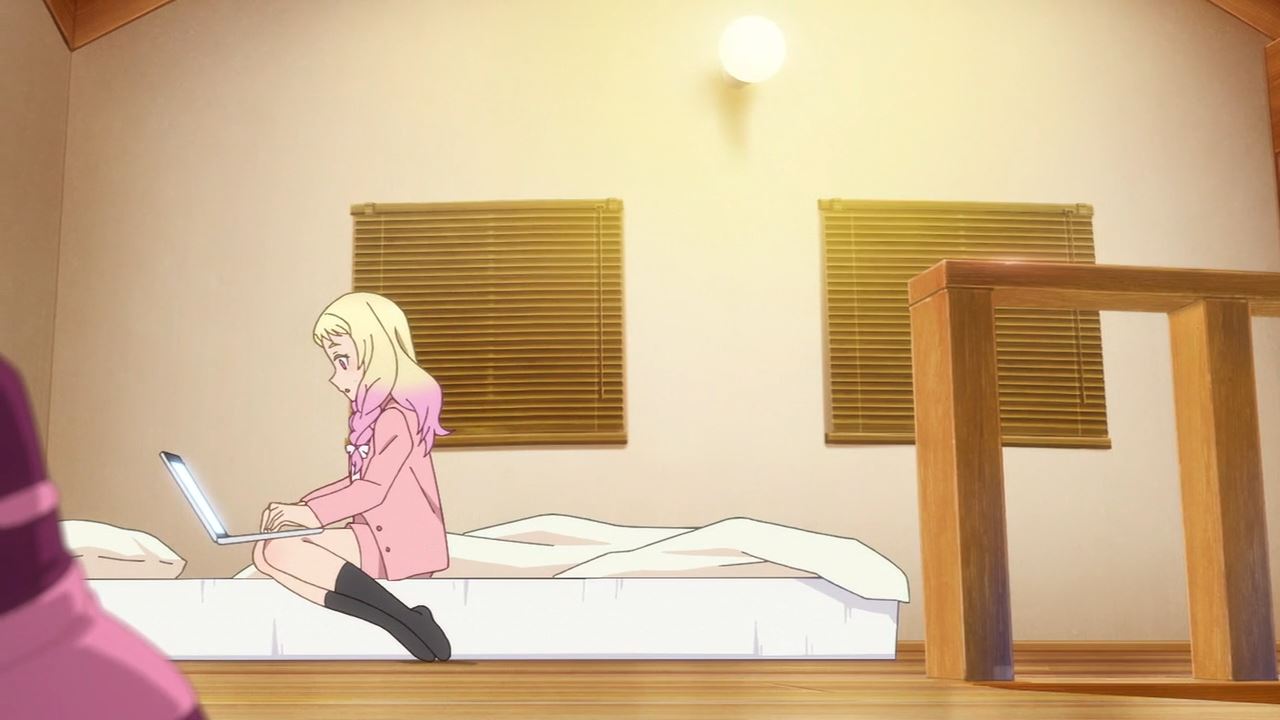 Oh, she’s editing her videos and post it on a video sharing site. Let’s hope that OniNatsu can gather more views with her latest vlog. 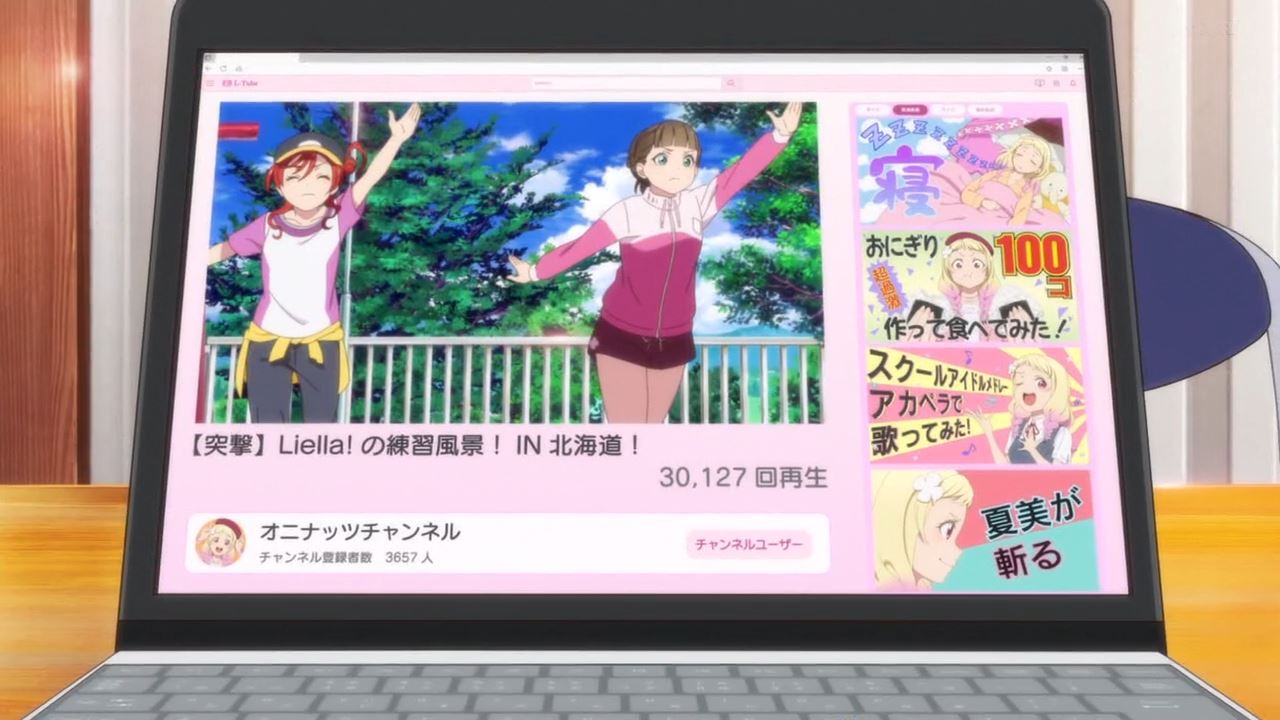 And sure enough, her latest video garnered over 30,000 views. Easy money for OniNatsu! 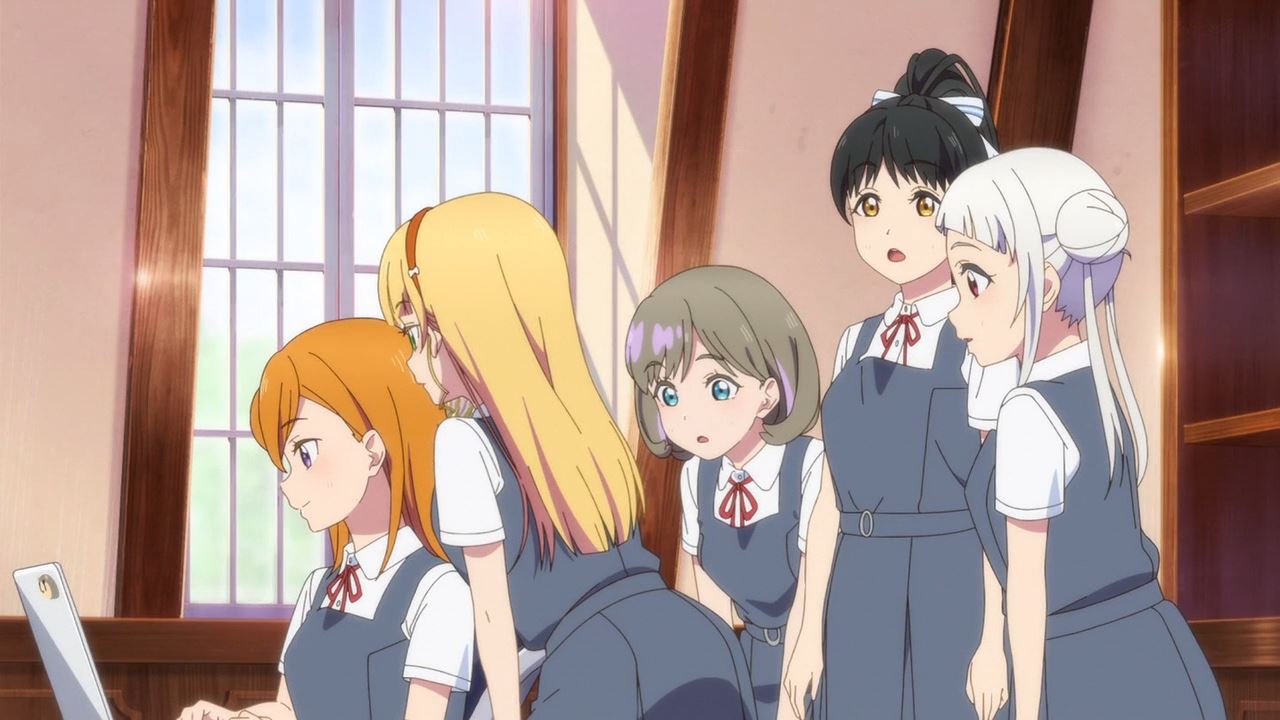 On the other hand, looks like Kanon Shibuya and the rest are happy that the 1st year students are getting the hang of being school idols.

Then again, that puts more pressure towards Kinako Sakurakoji and the rest as they need to keep up with their seniors should Liella have a shot in winning the Love Live! competition. 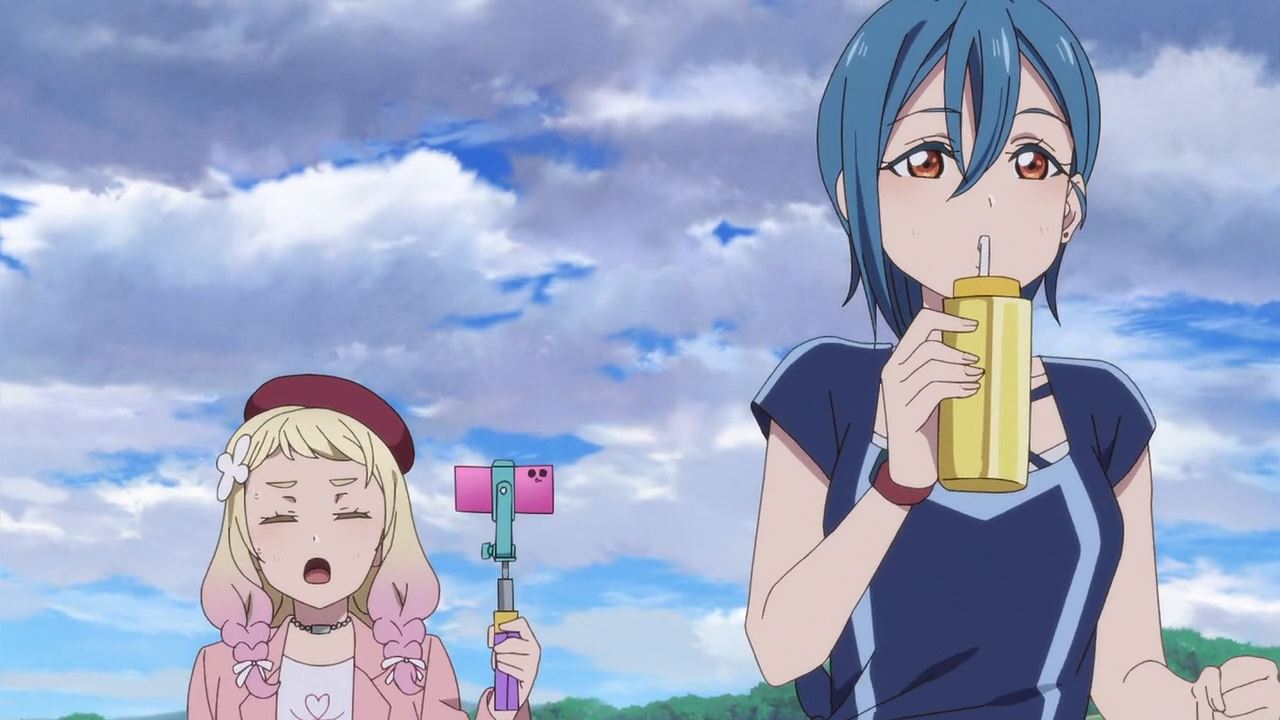 Anyways, their training session continues where the 1st year students are jogging to gain more stamina, although OniNatsu needs to run another lap if she can keep up with her fellow 1st year classmates.

Speaking of OniNatsu, she convinced Kinako and the rest to surpass the seniors but wait a minute, they can’t do that because Liella needs to work together. And seriously, she cares about money at this point, not her broken dreams.

Now then, looks like OniNatsu encountered a bear where she can’t do anything but scream for help.

Man, I can feel its tragic end for Natsumi Onitsuka where despite riding the Liella wave and racking up some profits, she’s gonna get eaten by a bear in Hokkaido. 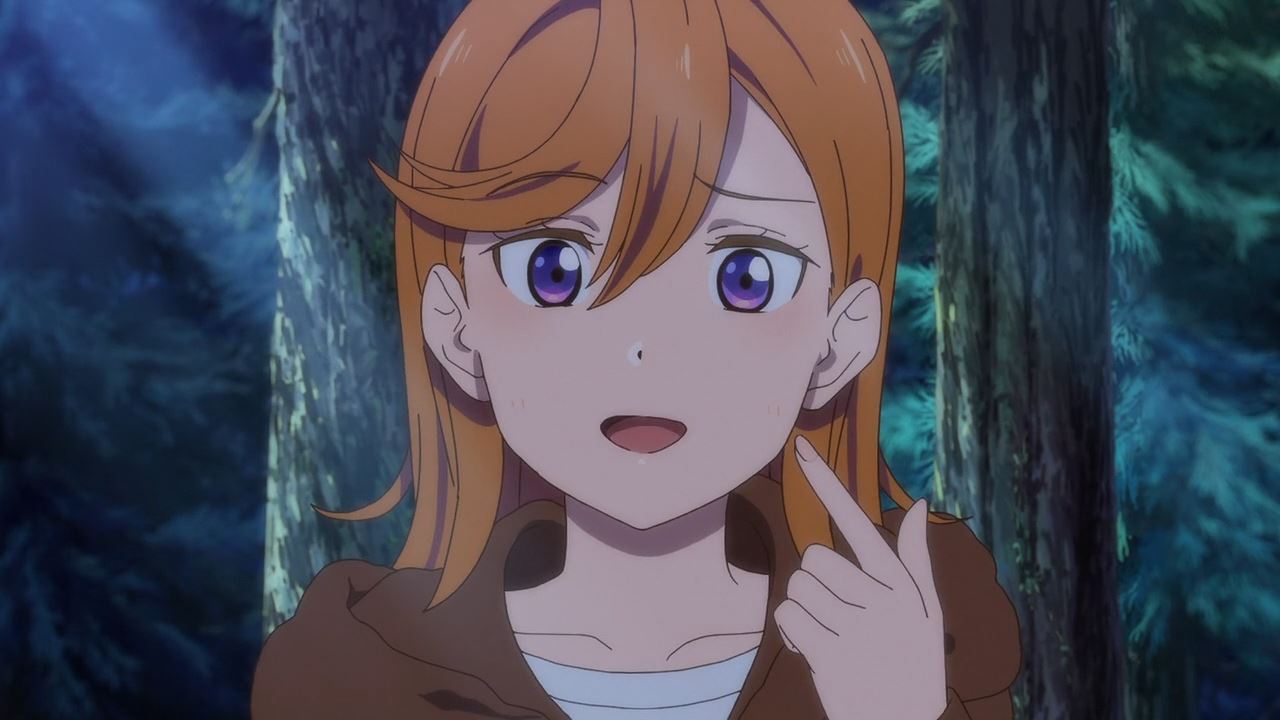 Just kidding, it’s actually Kanon Shibuya where she’s worried that her juniors don’t have enough clothes or food to survive the harsh training camp at Hokkaido. 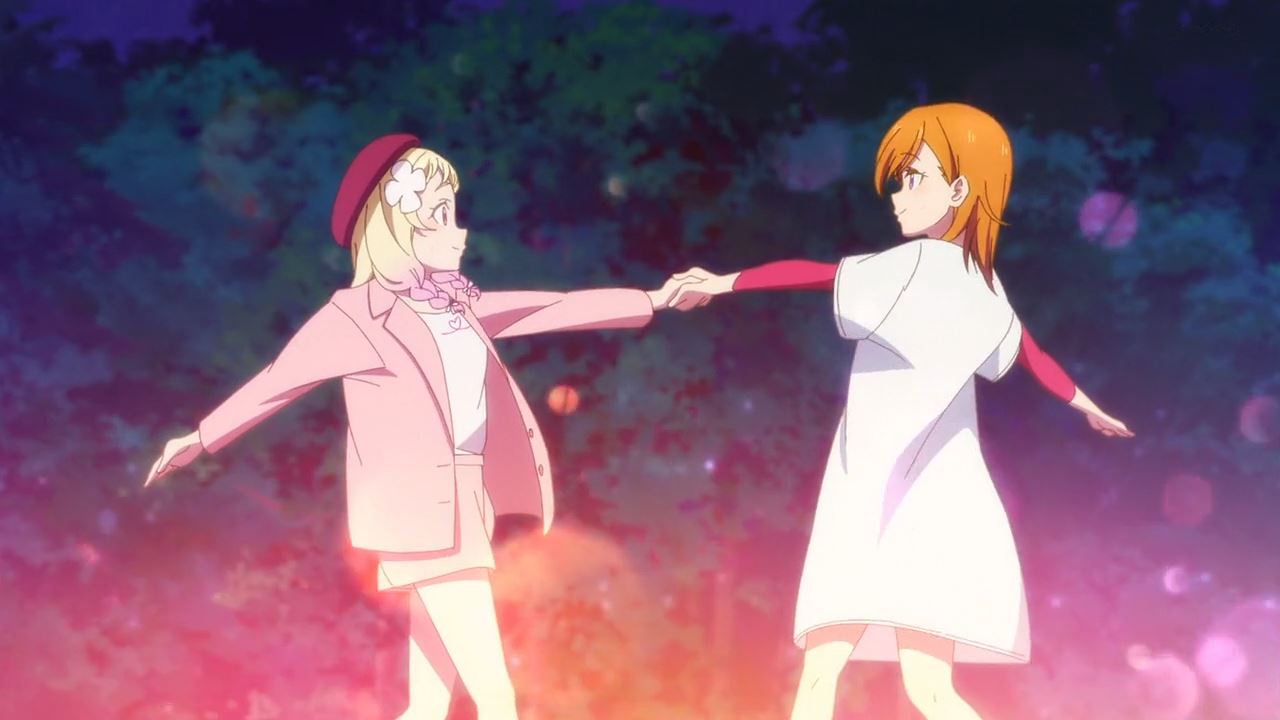 But speaking of Kanon, it looks like she convinces OniNatsu to become a school idol ’cause she can’t stay in her current job forever. And besides, Natsumi has the qualities of being a school idol rather than a con artist. 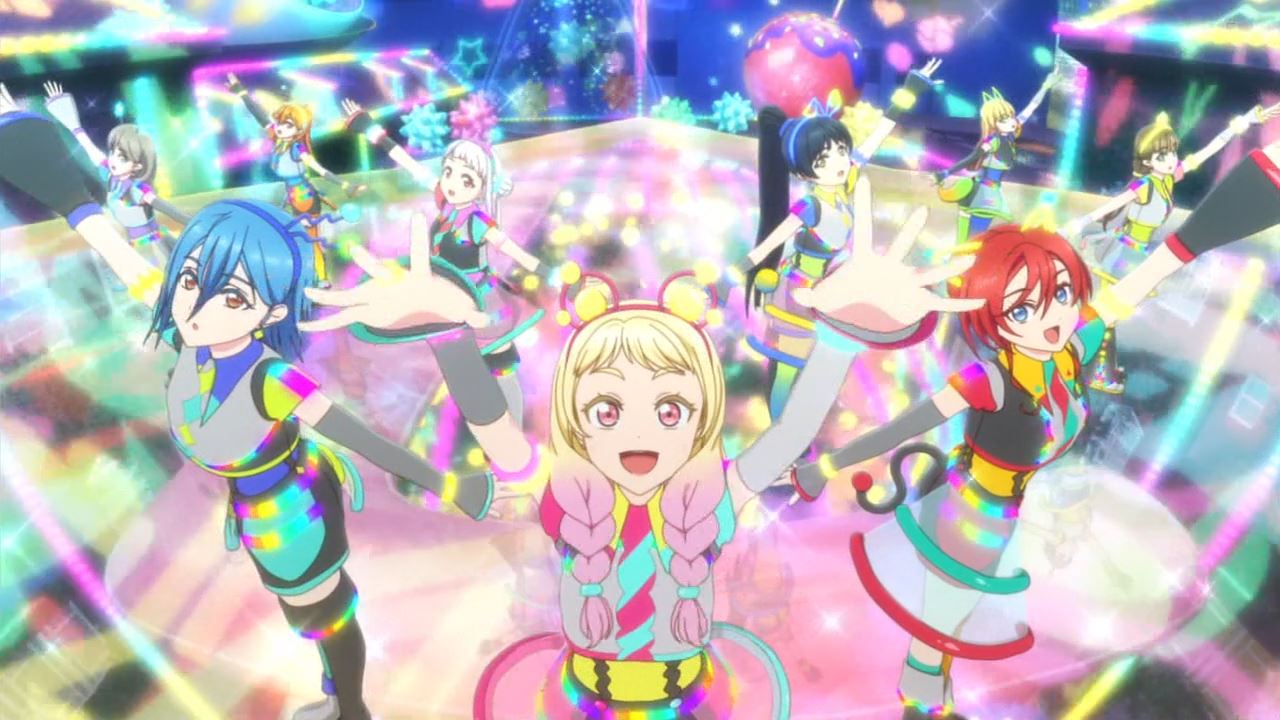 And so, Liella now has 9 members where they perform “Vitamin SUMMER!” with OniNatsu as the center. Well, looks like recruiting Onitsuka is pretty easy after two episodes and honestly, I think it’s better for Natsumi to become a school idol.

Then again, her vlog activity will continue because there’s money to be made there. I mean, she’s earning it for her retirement.

Anyways, tune in next time where Ren Hazuki will have her own episode. Can’t wait for the student council president!