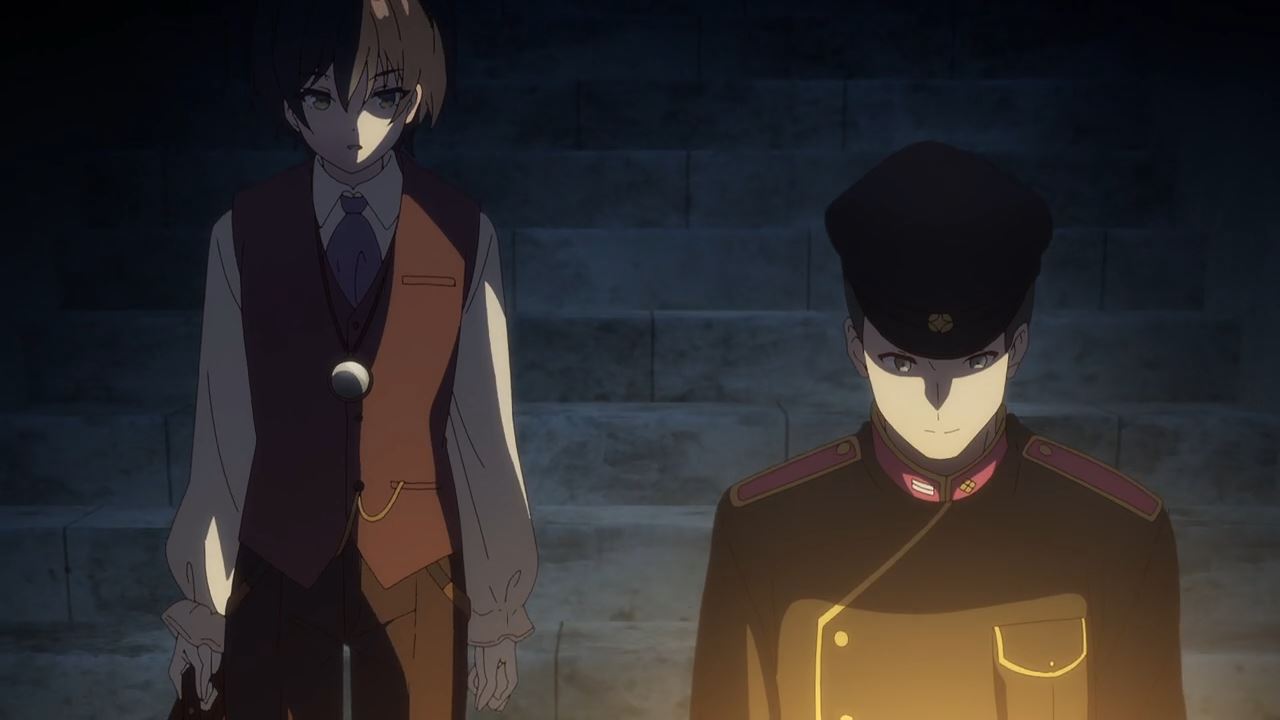 Let’s begin this episode where Nagi Touma got a call from Otome Okunomiya for assistance as they located the legendary automata Ouka in a foreign country called Altaria.

Said to be the progenitor of all automata, Ouka’s whereabouts remained unknown after the war. Some say that she was destroyed during the battle against Lobelia, but Nagi is really curious regarding the legendary automata. 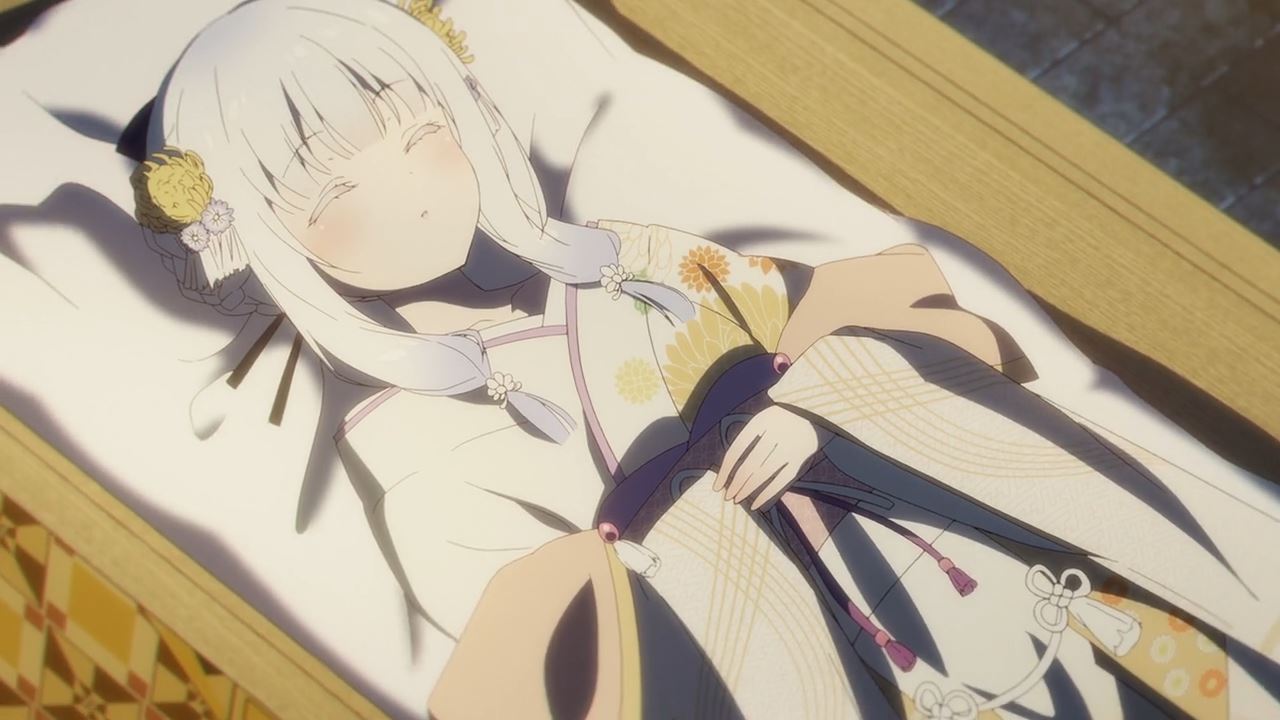 However, what Nagi find is actually a replica of Ouka where he won’t reactivate the automata. Something tells me that someone got a hold of Ouka’s schematics and create a replica using scrap parts. 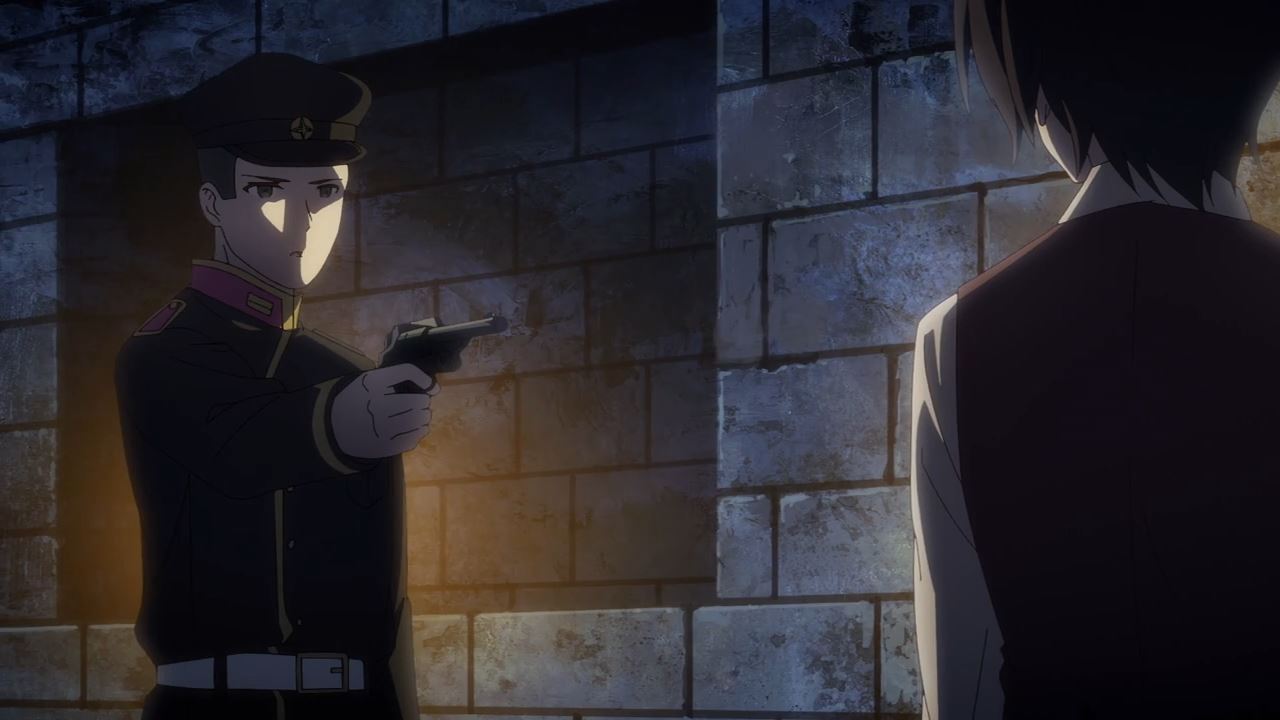 But it gets even worse where some of Okunomiya’s men are actually members of the Imperial Line Faction where they demanded Nagi Touma to reactivate Ouka, or his head will be blasted away.

Okay, this is getting serious as the Imperial Line Faction are getting desperate in restarting the entire war, even as far as creating a replica of the legendary automata Ouka. Anyways, Otome-san will have to call for help as soon as possible. 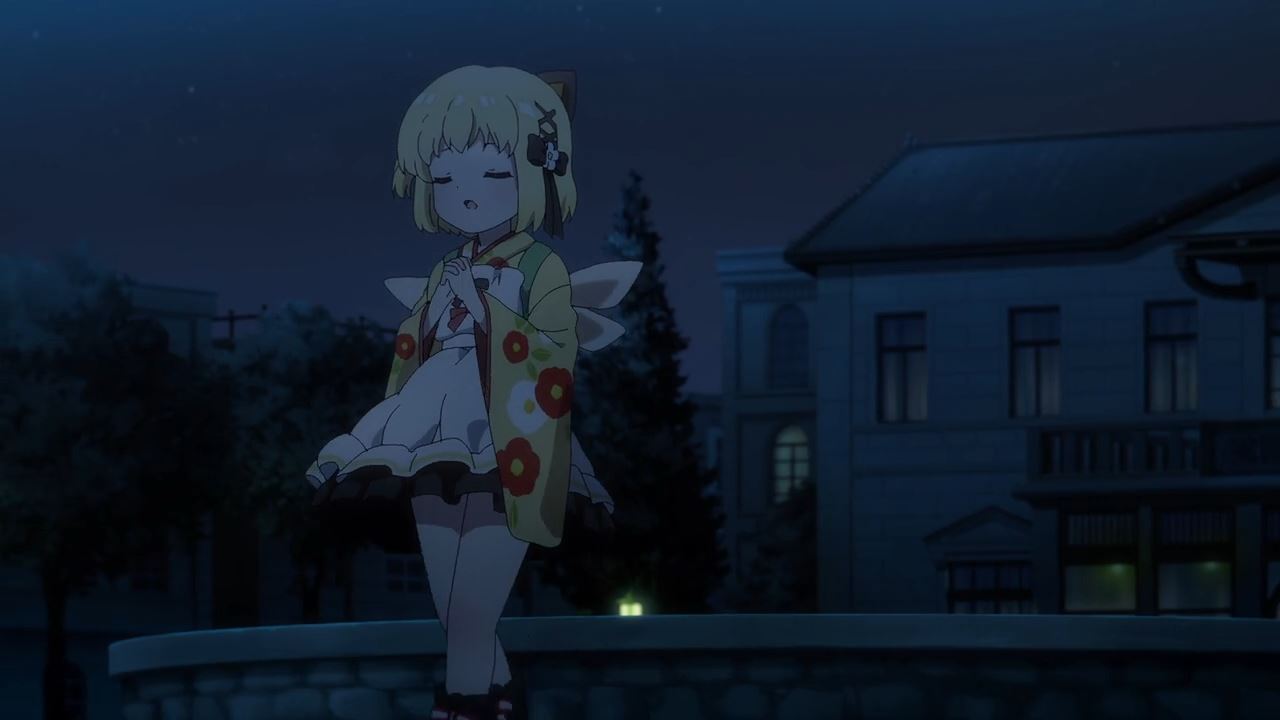 Meanwhile, let’s return to Kuroneko-tei where Gekka is outside the café. While this reconnaissance automata is really shy, it appears that Gekka has a talent for singing. 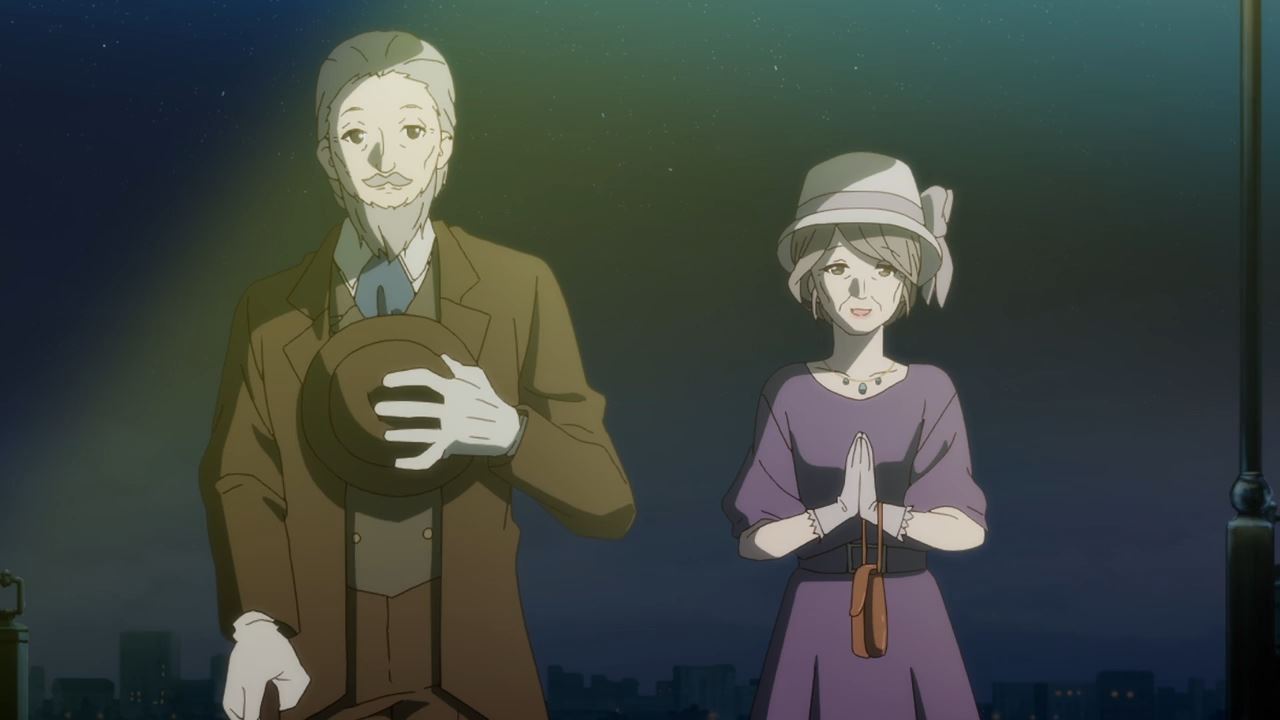 Unfortunately for Gekka, an old couple noticed her singing talent as they’re really curious in meeting the automata as they remind them of their lost daughter. 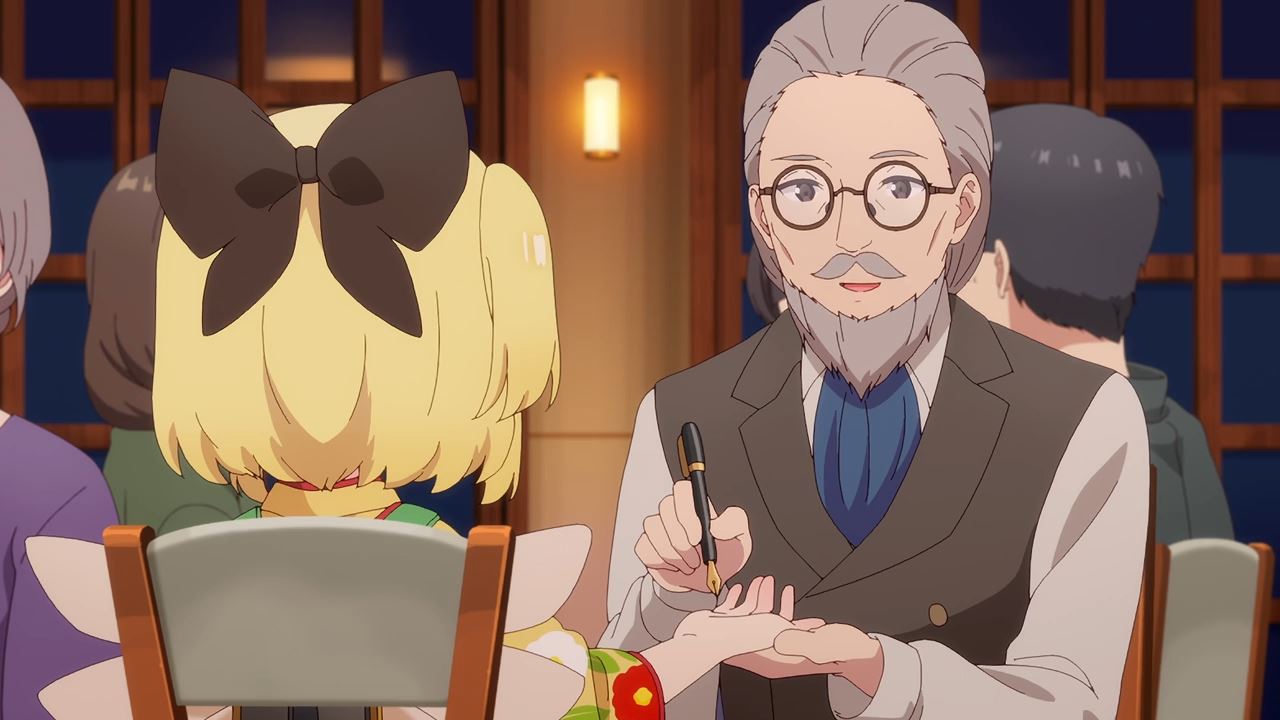 Anyways, the old couple invited Gekka to a restaurant in order to know her better. In fact, the old man draw something at Gekka’s palm to calm her nerves… 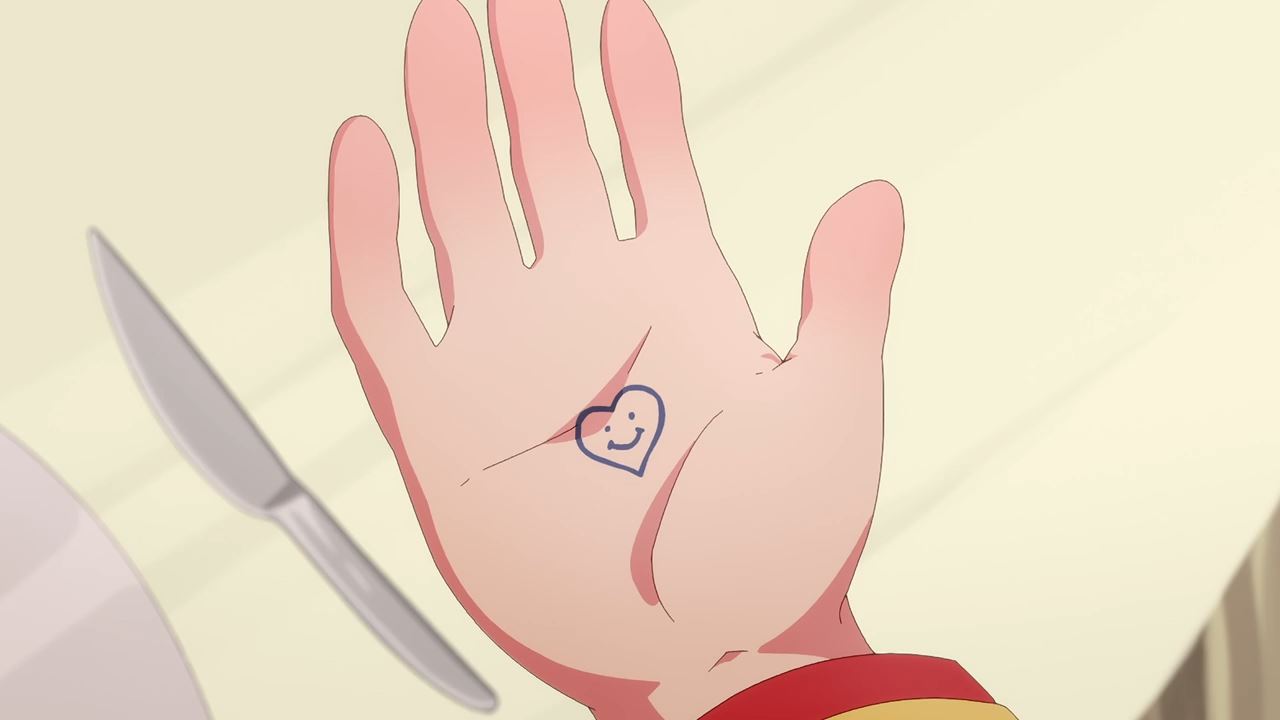 …which turn out to be a heart with a smiley face. Well, I have to say that they’re really fond of Gekka as they’re looking forward to see her perform live at the café. 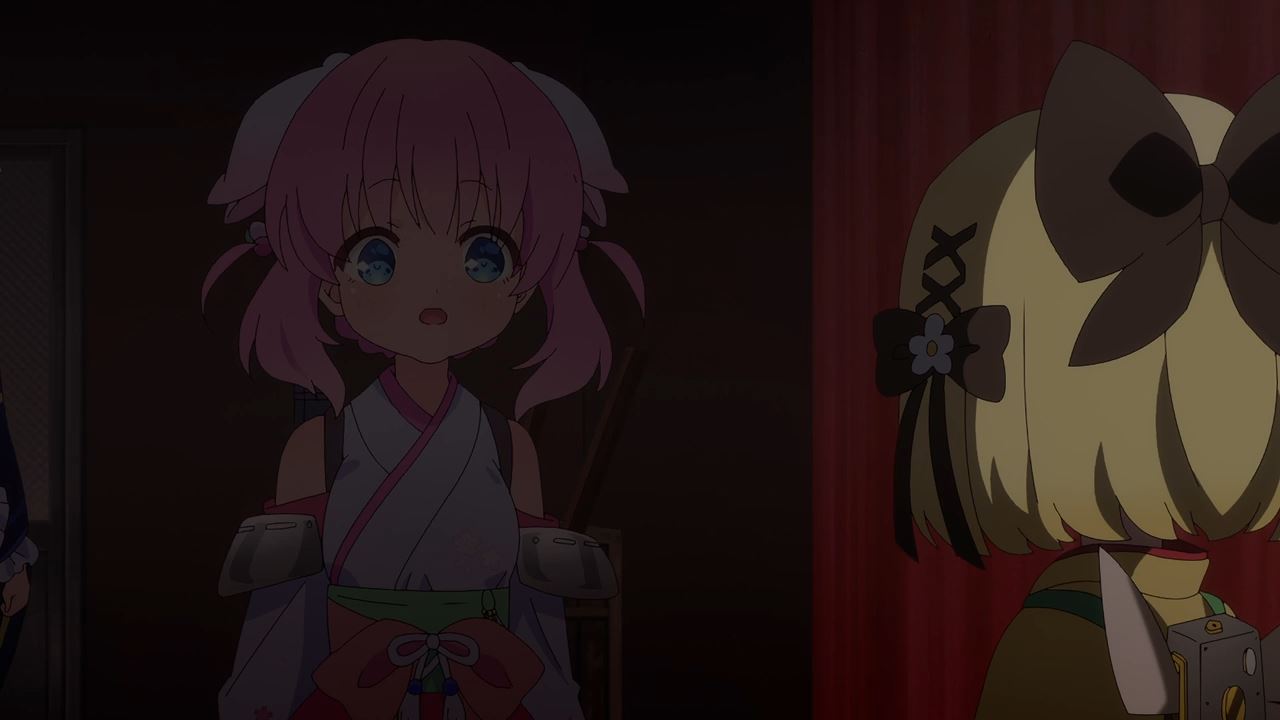 Now then, it’s time for the automata at Kuroneko-tei to perform towards their customers, although Haizakura and the rest are feeling a bit nervous since Nagi Touma is not around. 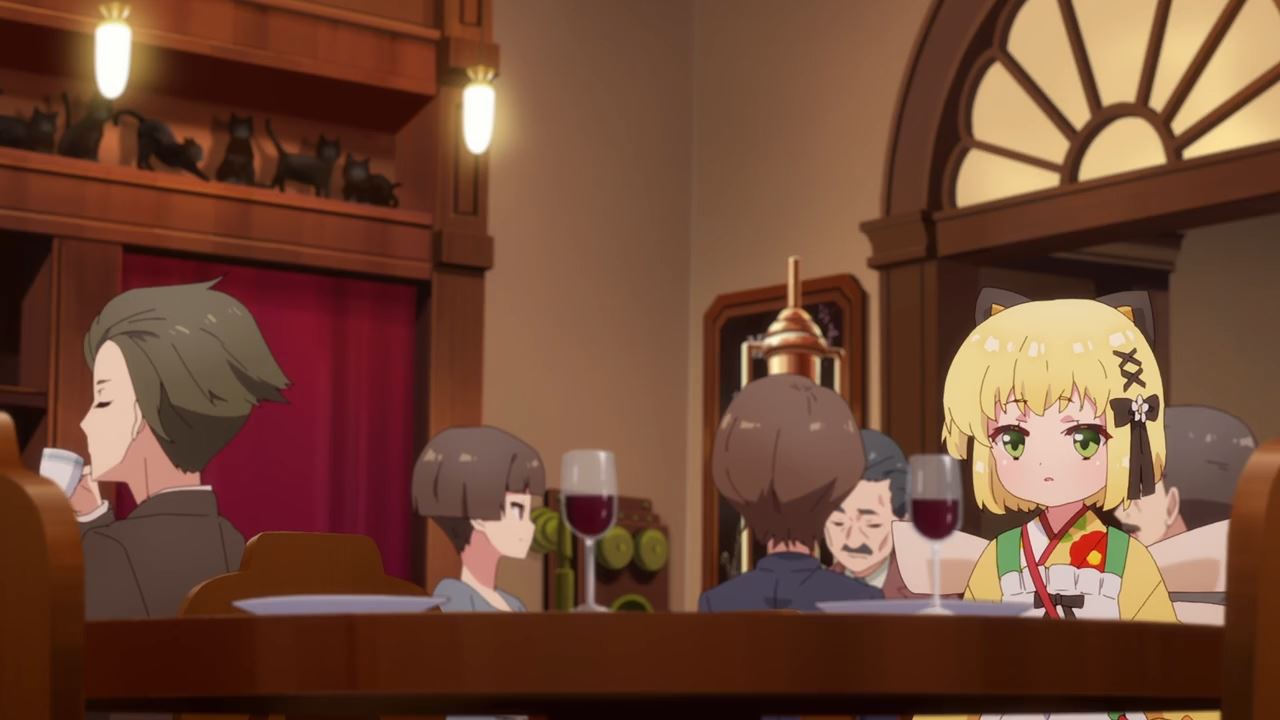 Meanwhile, looks like Gekka is expecting that the old couple are here to see her perform on stage, but they’re not on their seats. What happened to them? 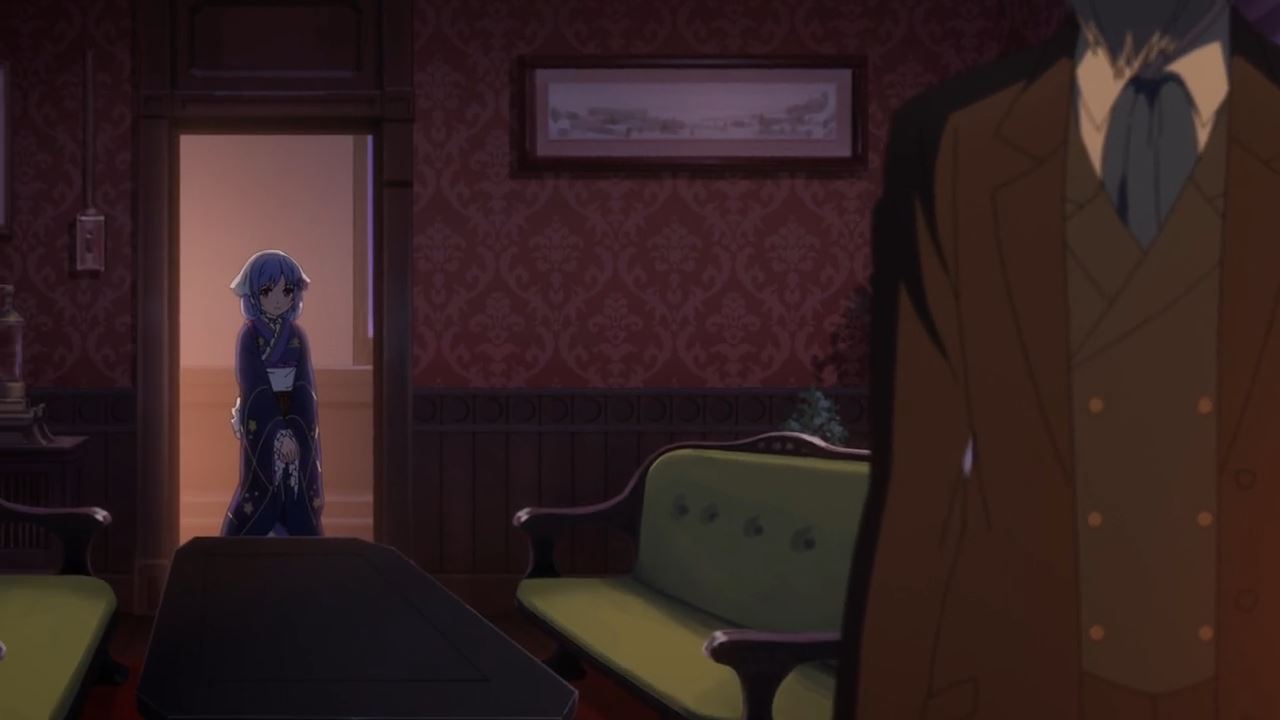 Well, it appears that the old couple went to Nagi’s office room where they’re currently finding some documents.

Okay, don’t tell me that they’re actually spies? Even Houkiboshi is alarmed that they just entered the room despite the fact that Nagi is nowhere to be found. 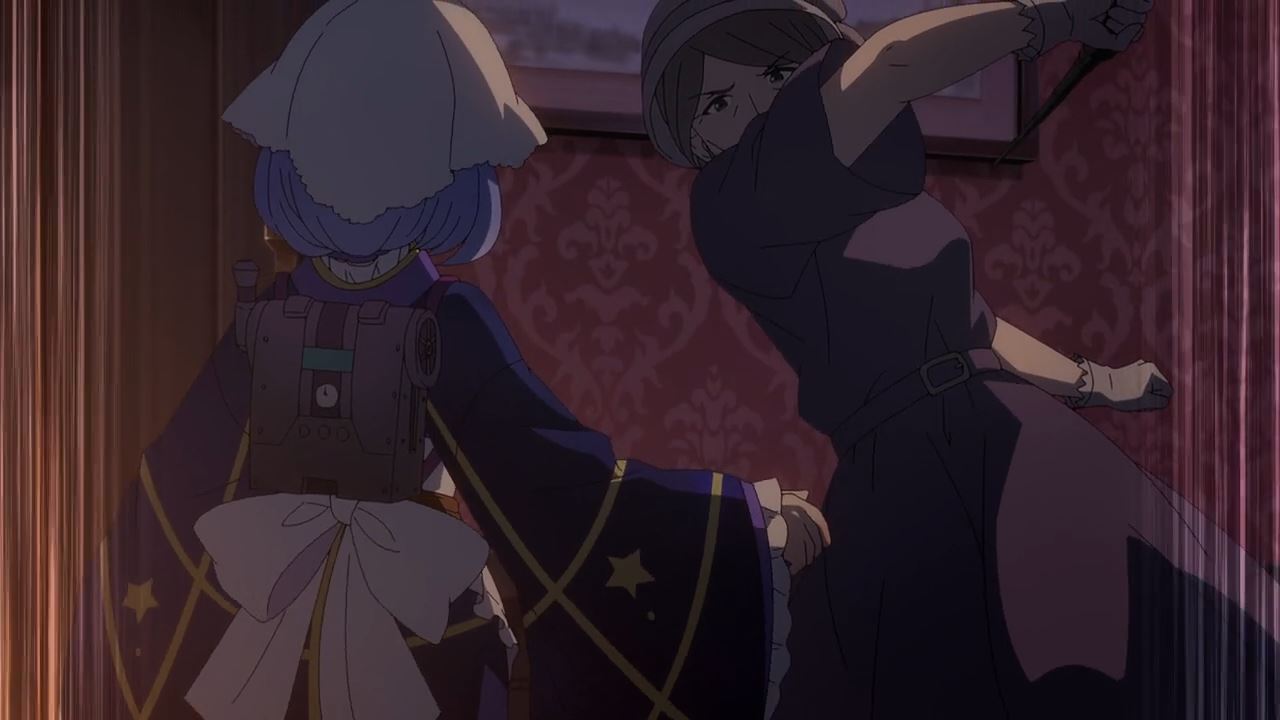 Unfortunately for Houkiboshi, she’s about to get a taste of a stun baton. Now I’m pretty worried that Kuroneko-tei will be destroyed by an old couple-turned-saboteurs. 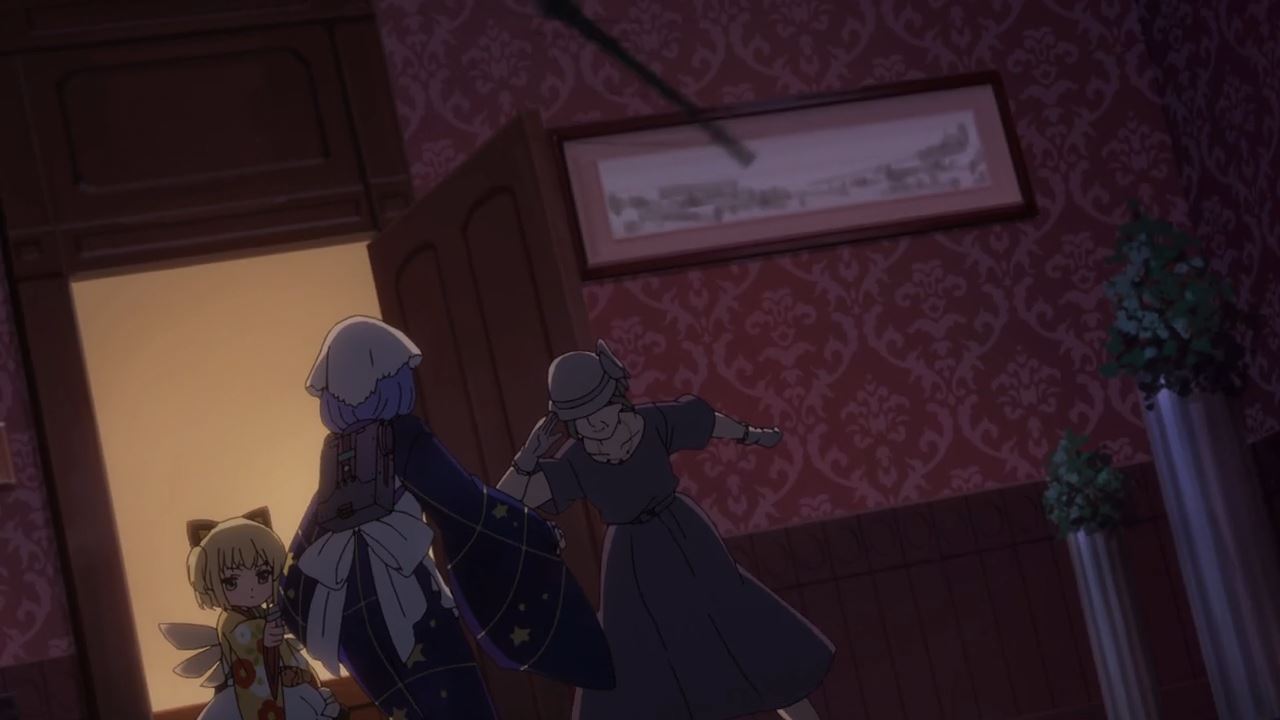 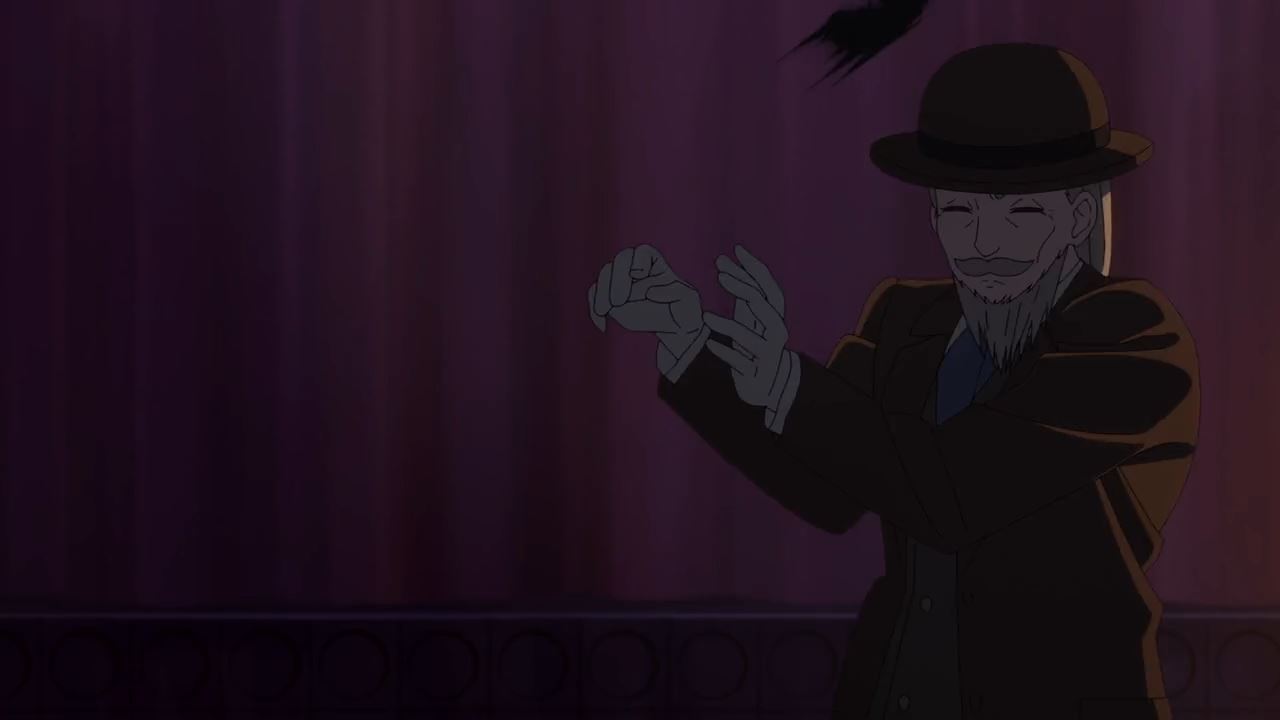 That’s until Gekka saves the day by disarming the old couple in the nick of time. Of course, she can’t hurt humans ’cause Gekka is a machine built for war, so she let the police apprehend the couple.

Still, it’s devastating that Gekka was fooled by the old couple who used their backstory to weave their way into the café. 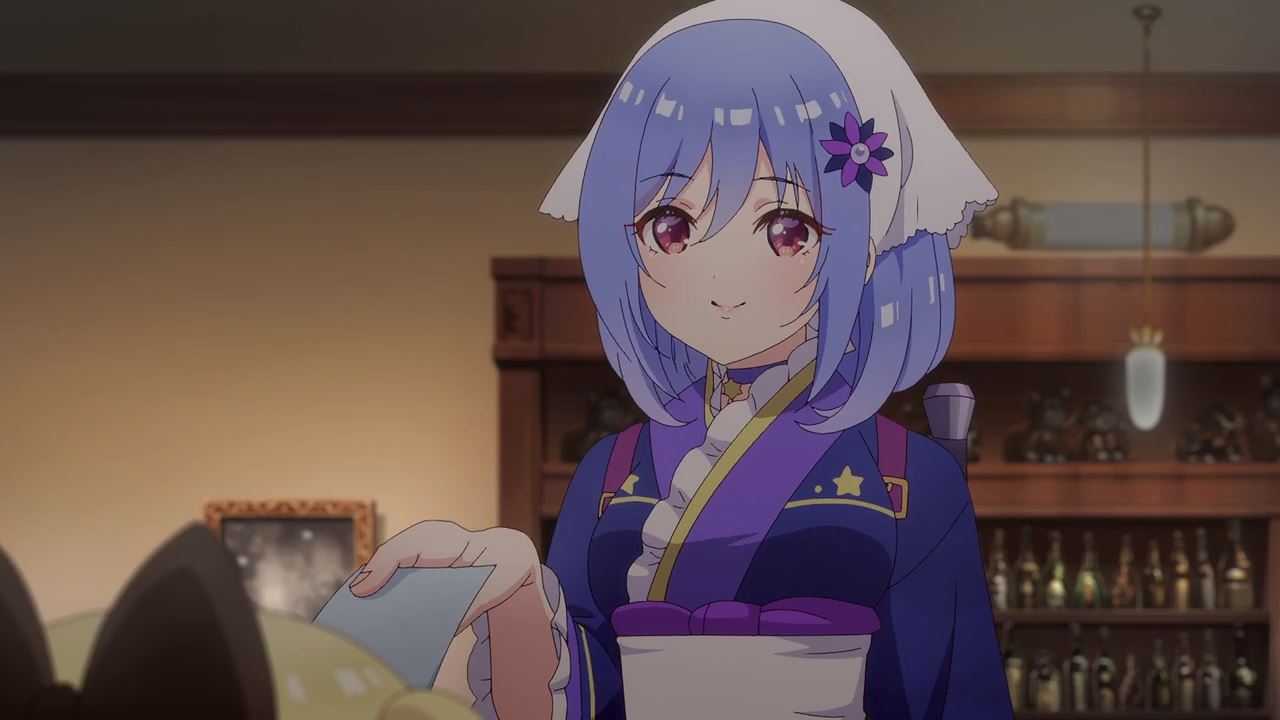 However, Houkiboshi says otherwise as she found a ticket to the festival and a picture of their daughter.

Despite acting as spies, the fact that they have a picture of their only child proves that they’re not as heartless as initially thought. 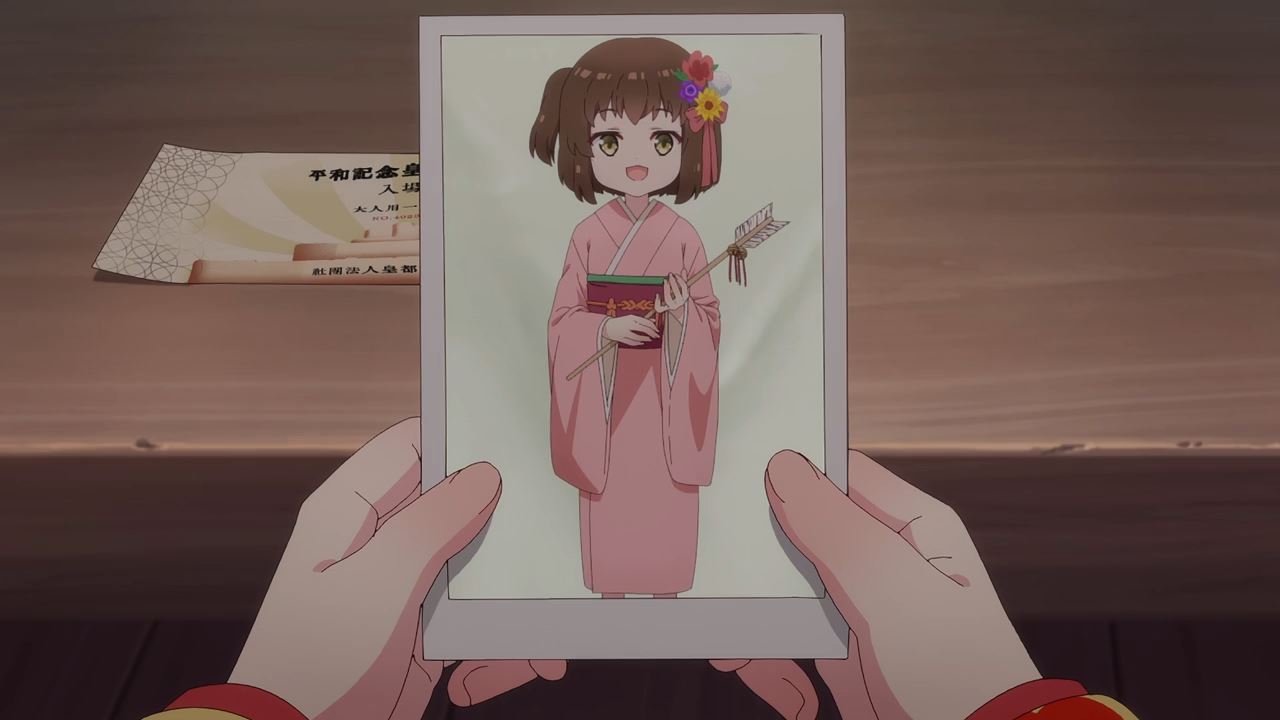 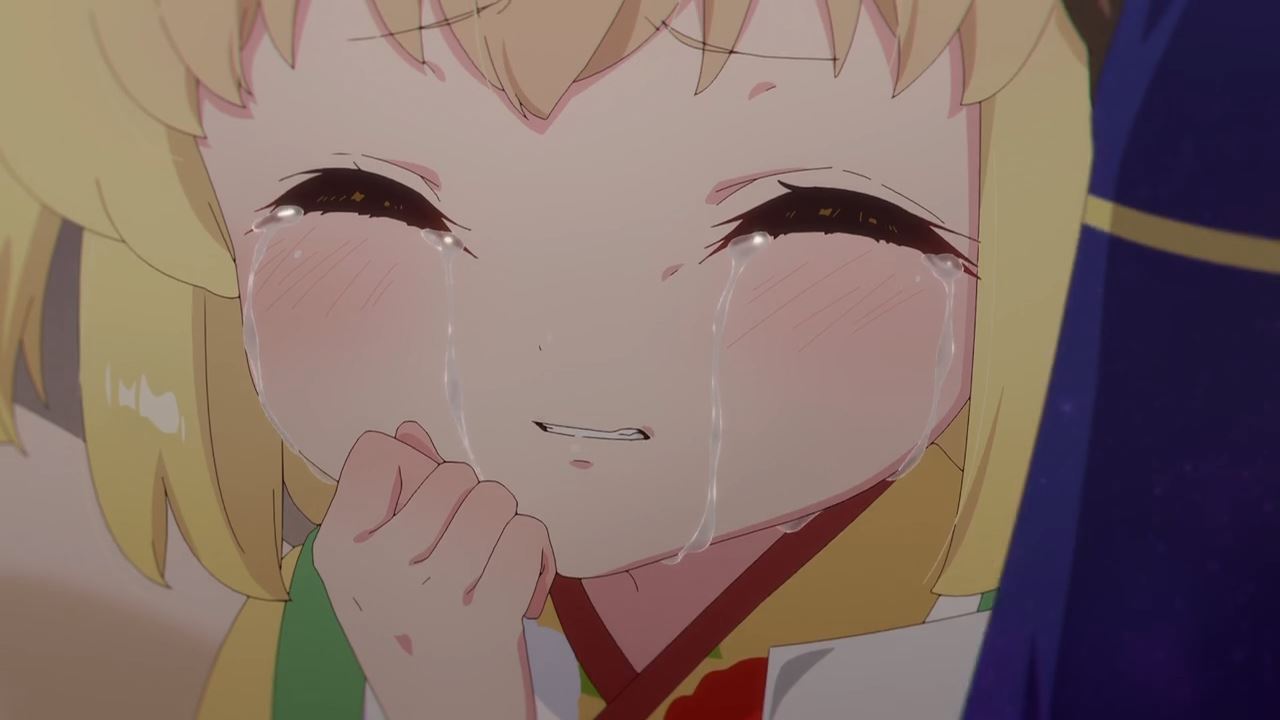 But yes, it seems really tragic that for all the troublesome things they did towards the end of this episode, the old couple has fond memories spending time with Gekka. It’s a shame that they’re following orders from someone else. 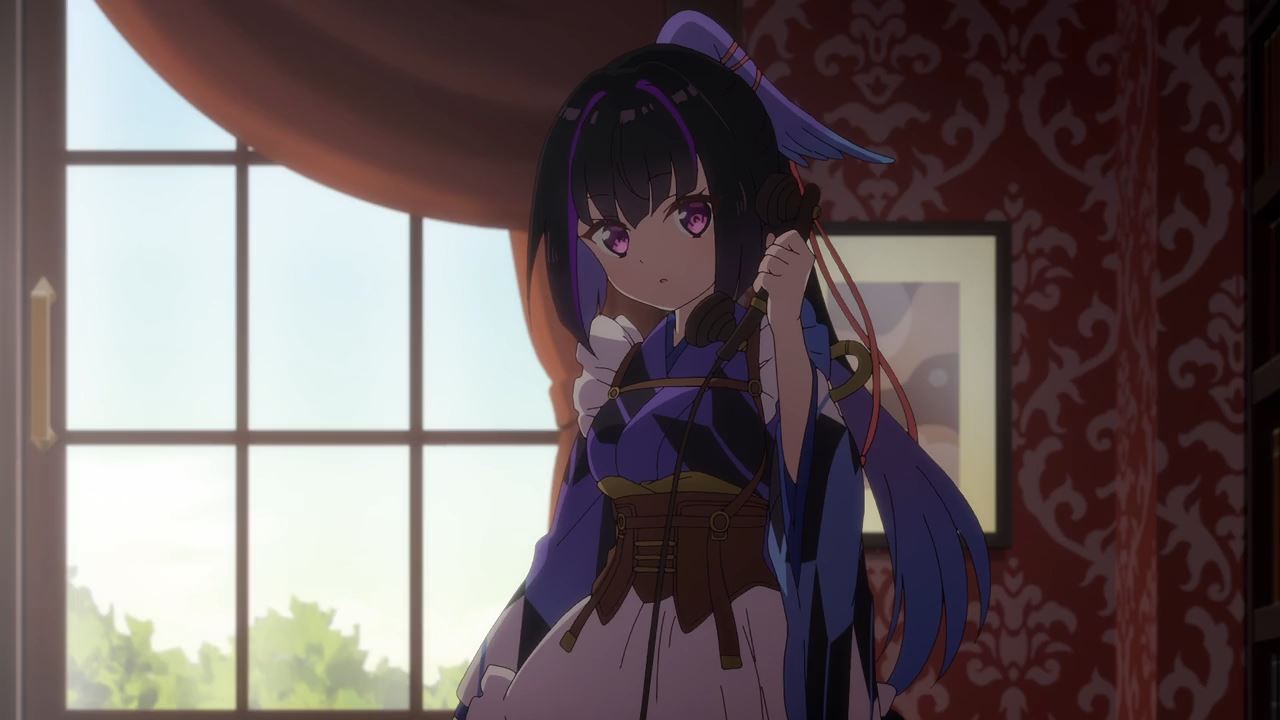 And now, it’s time for something serious where Otome Okunomiya told the bad news to Karasuba that Nagi Touma went missing, although the truth is that he’s held as a hostage by the Imperial Line Faction.

With that said, tune in next time where the automata from Kuroneko-tei might rescue their master, although I’m worried that Haizakura and the rest might get caught in a trap.