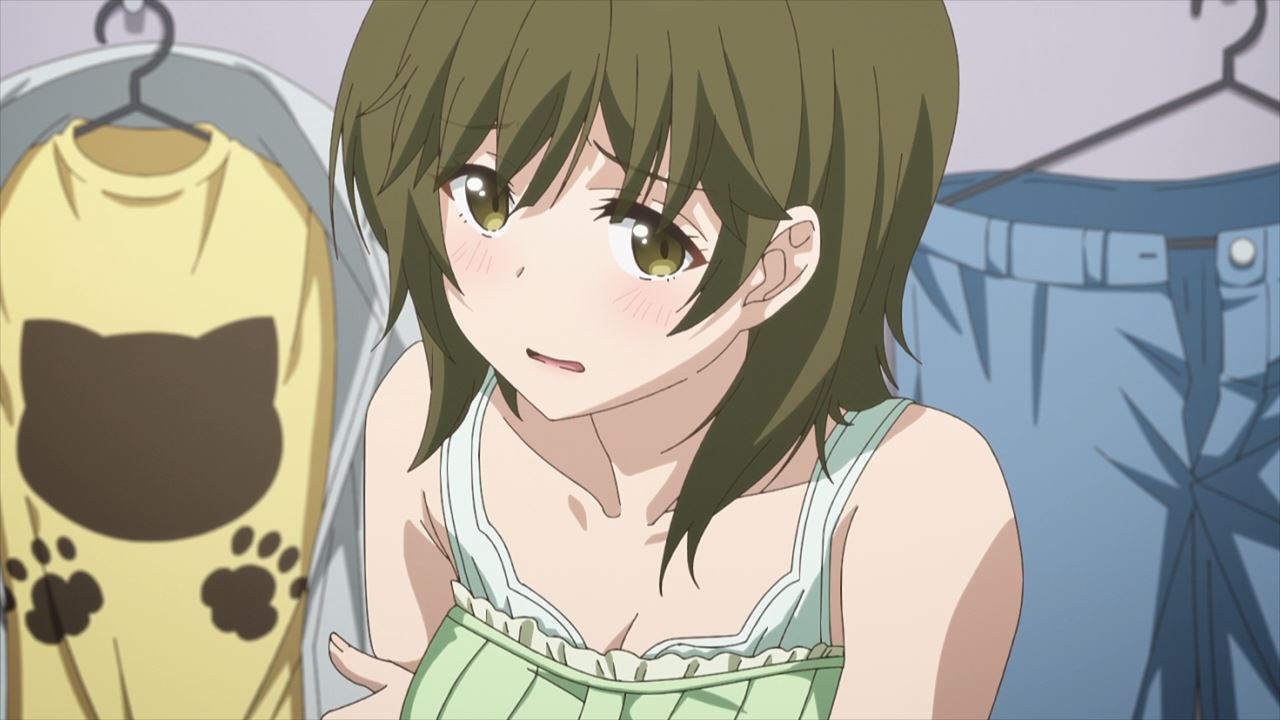 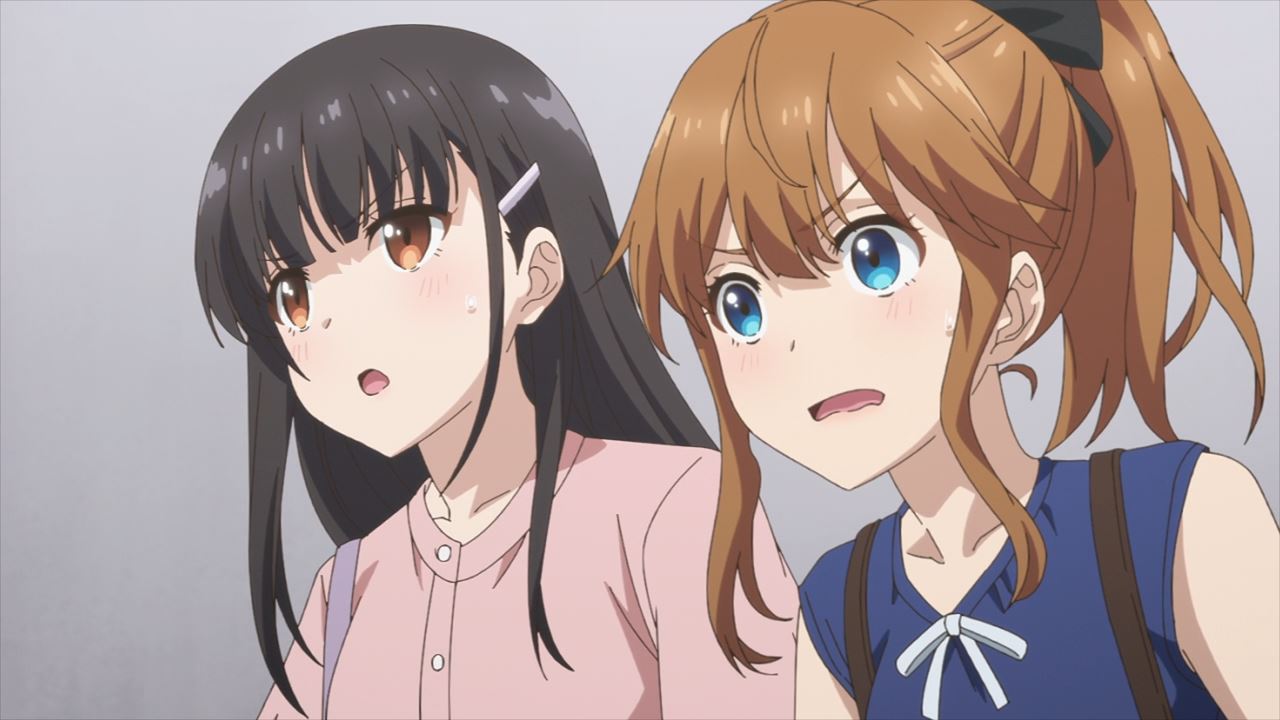 Well everyone, it looks like they’re not done with Isana Higashira as Yume Irido and Akatsuki Minami decided to make her as a dress-up doll, although her first outfit is very sexy where various horndogs might prey on Isana. 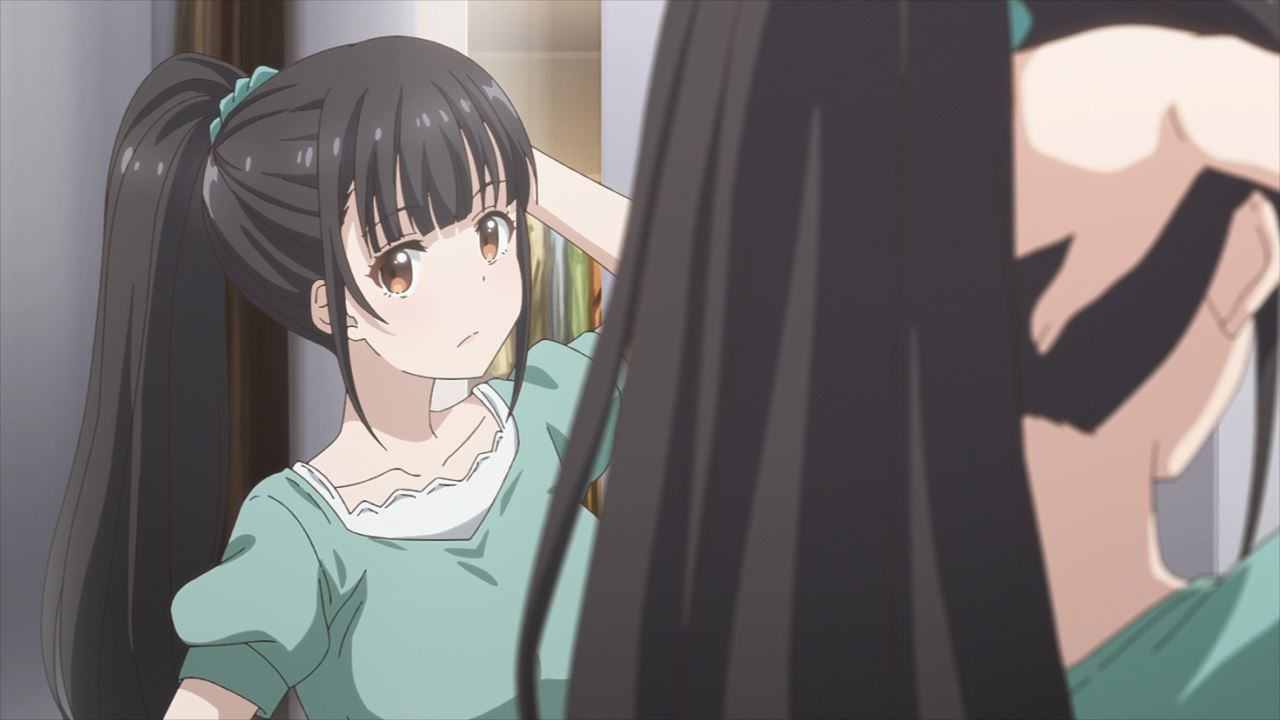 Meanwhile, here’s Yume Irido where she bought a new set of clothes as she wants to look more fashionable. After all, she’s a honor student who wants to become a model to everyone. 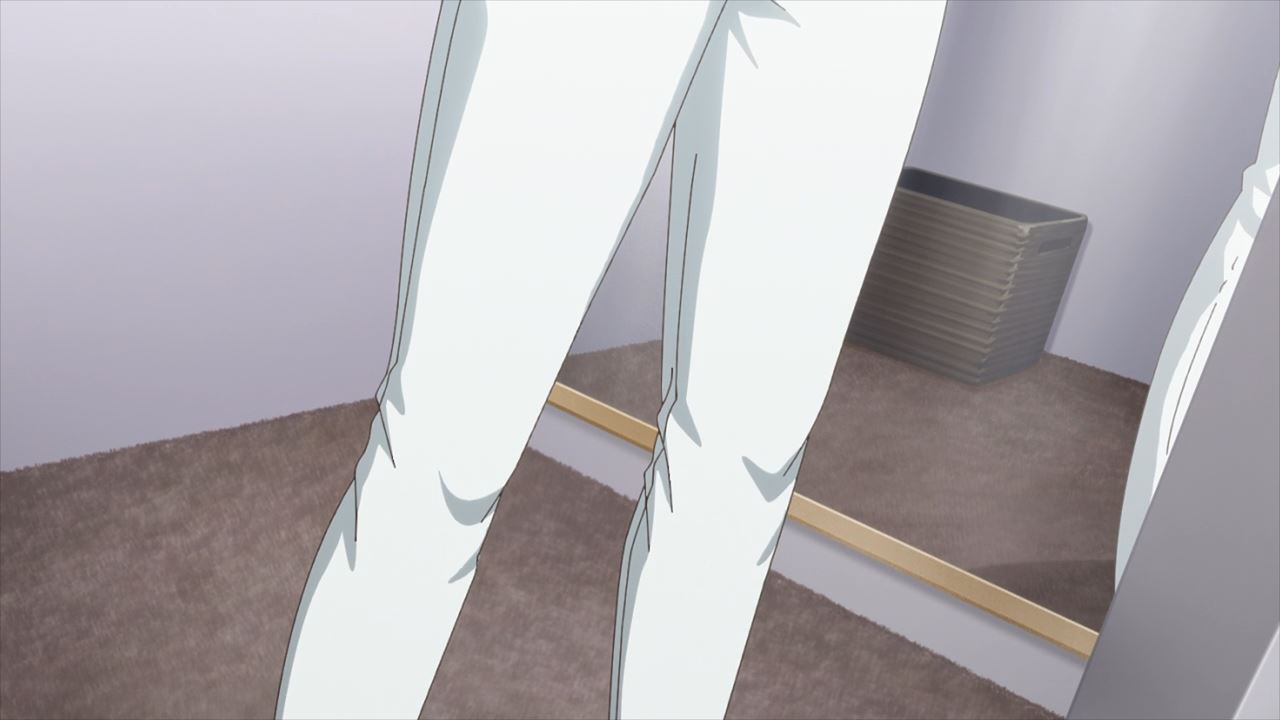 Heck, she looks great when wearing skinny jeans. Gotta say that Yume Irido move on from looking like a dweeb back in middle school. 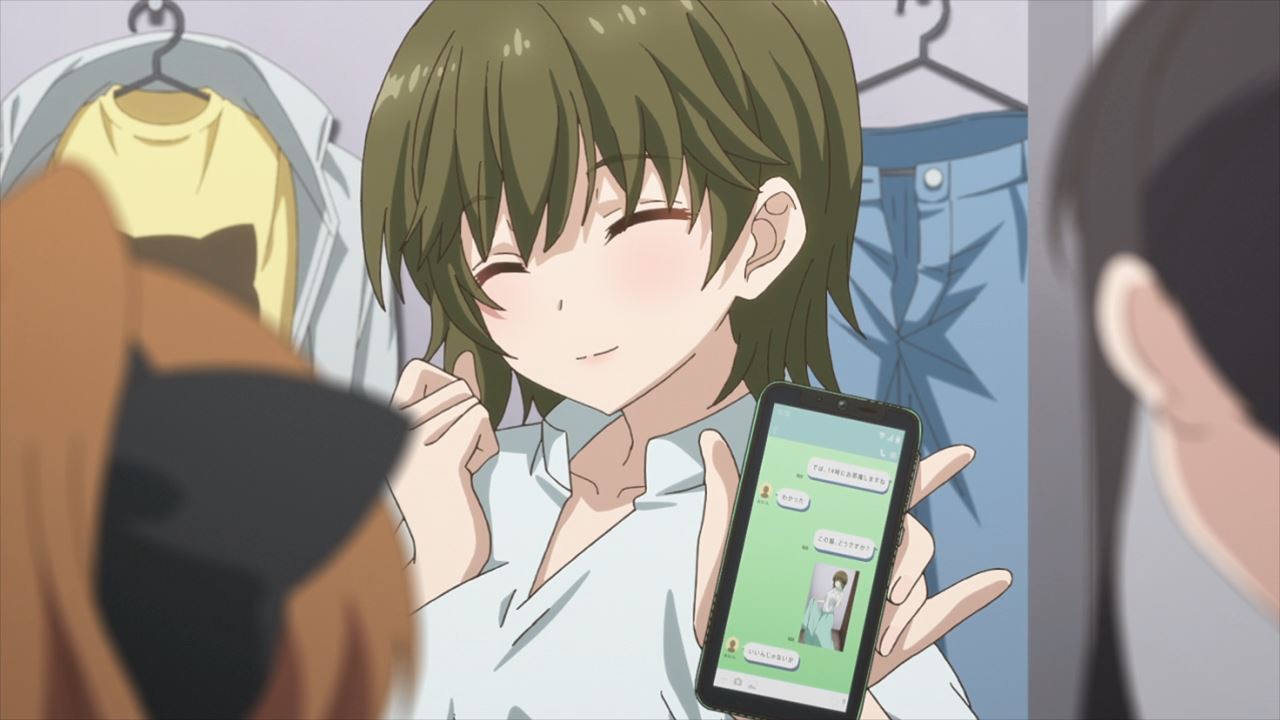 But now, let’s return to Isana Higashira where she found a decent dress after receiving an approval from Mizuto Irido.

Oh yeah, I forgot to tell you that Isana-chan will visit the Irido residence the next day. 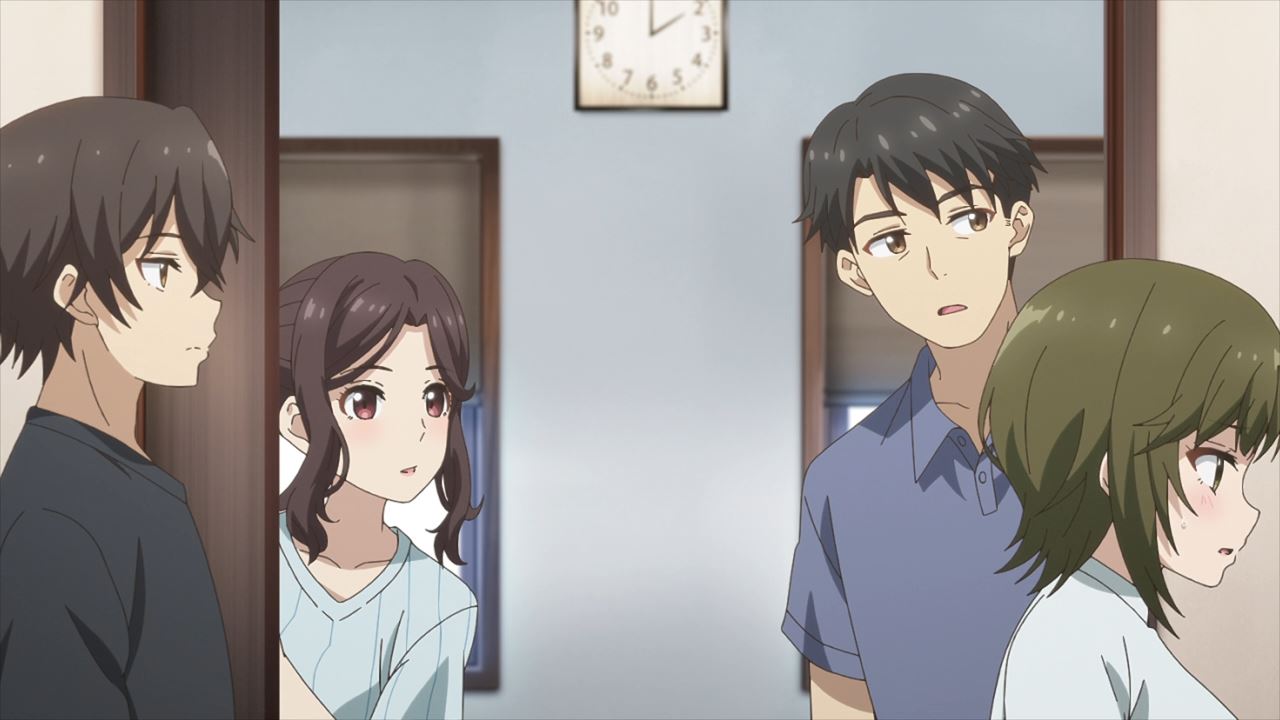 Then again, why would Mizuto invite Isana to his place despite the fact that he rejected her in the previous episode?

Are they still acting as friend? Heck, even Mizuto’s parents are really curious if their son has a girlfriend, even though the truth is that Mizuto has one in the past. 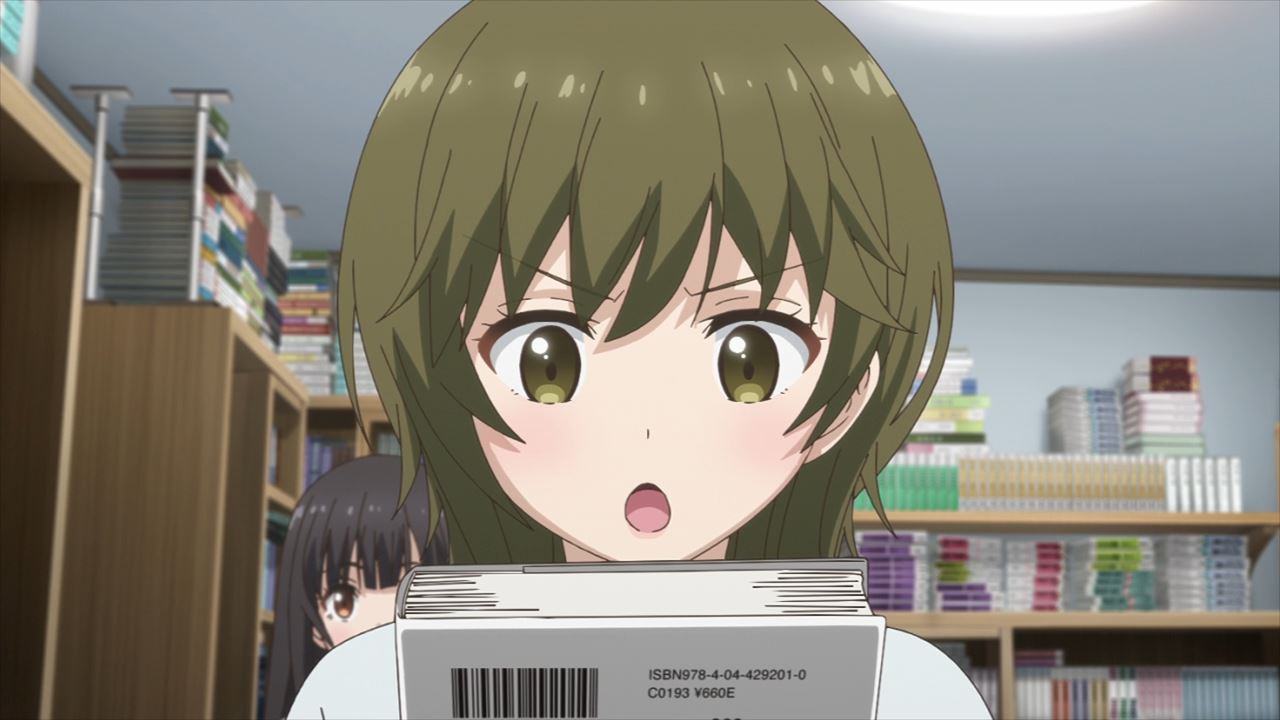 Now then, looks like Isana Higashira found something interesting from one of Mizuto’s light novel collection. 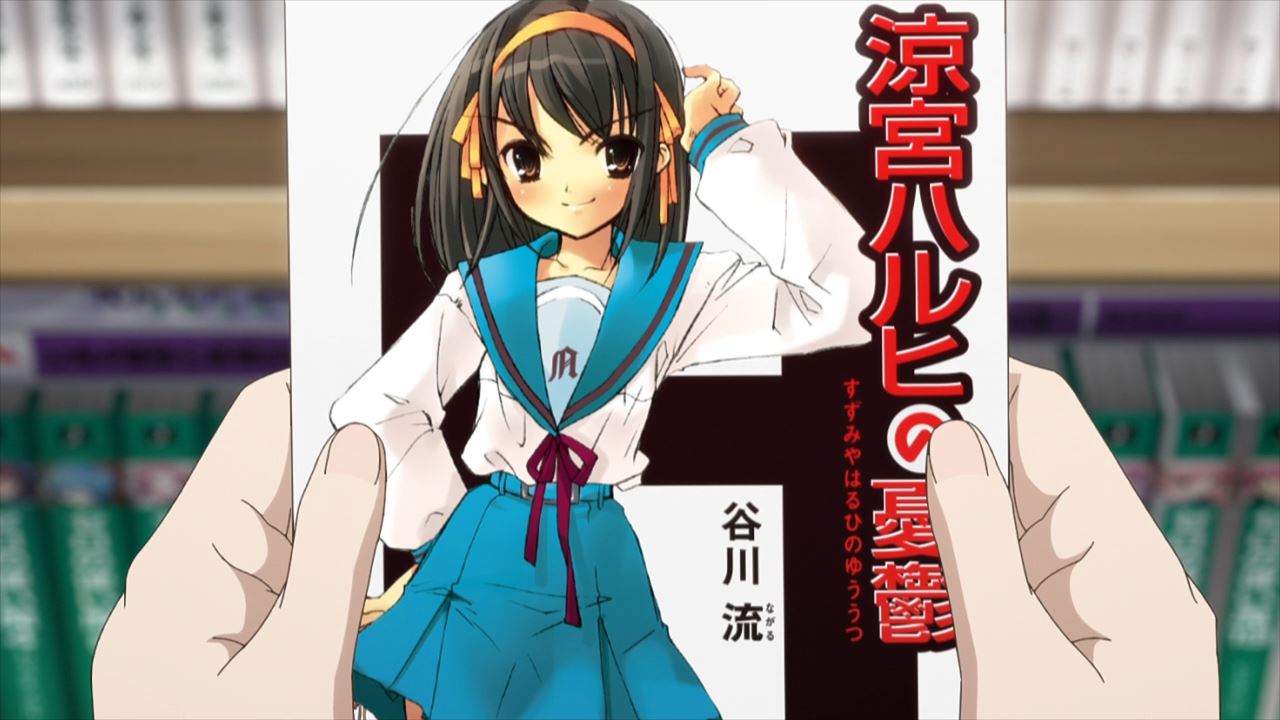 Man, I’m feeling old upon seeing this light novel for a long time. After all, the Haruhi Suzumiya series made light novels popular back in the day. 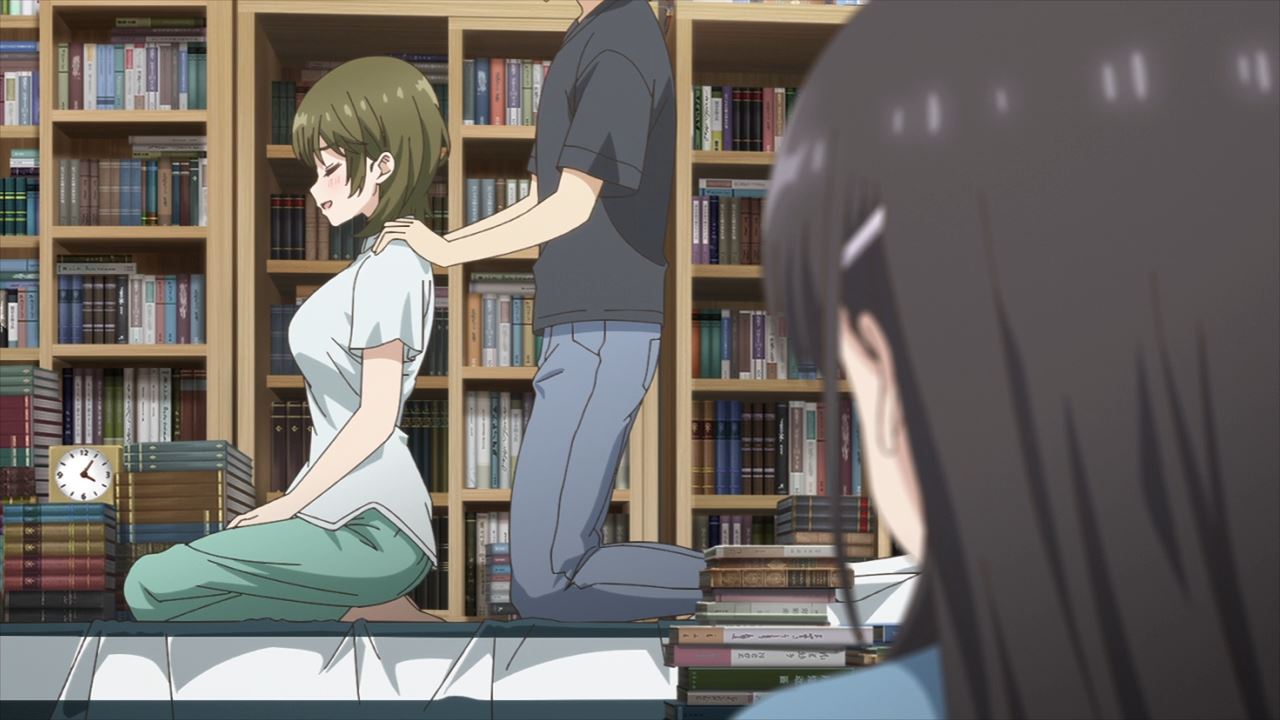 Anyways, here’s Isana Higashira where she asked Mizuto Irido to massage her shoulders. I mean, her big breasts made her shoulders stiffer.

Okay Isana, you’re acting a bit suspicious as you’re getting a bit closer to Mizuto, even though you’re treating him as a friend after he rejected you. 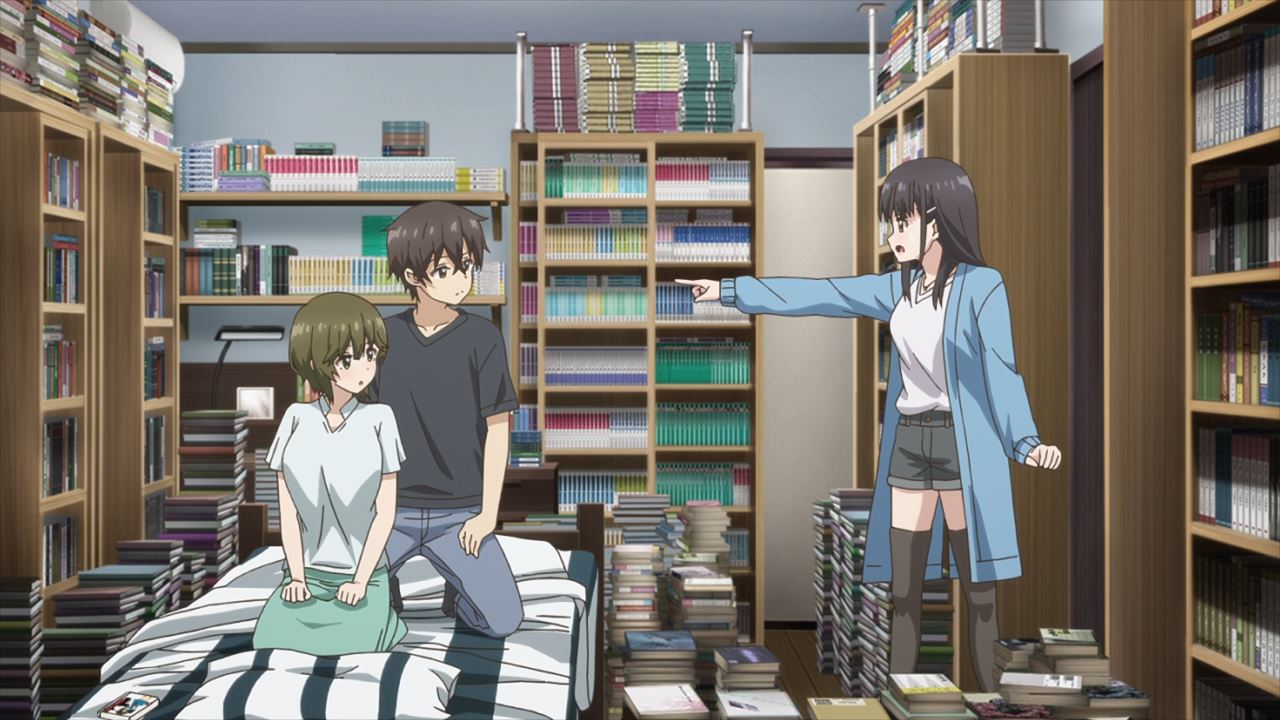 Hell, even Yume called Isana out for it. I have to say that Yume Irido is now acting like some psychopathic ex-girlfriend.

But don’t worry though as Isana Higashira told Yume Irido that she has no romantic feelings for Mizuto now that he rejected her love confession in the previous episode. Man, this is getting complicated huh?

Anyways, I’ll see you next time where I’m hoping that both step-siblings will reconcile instead of continuing their foolish rivalry.