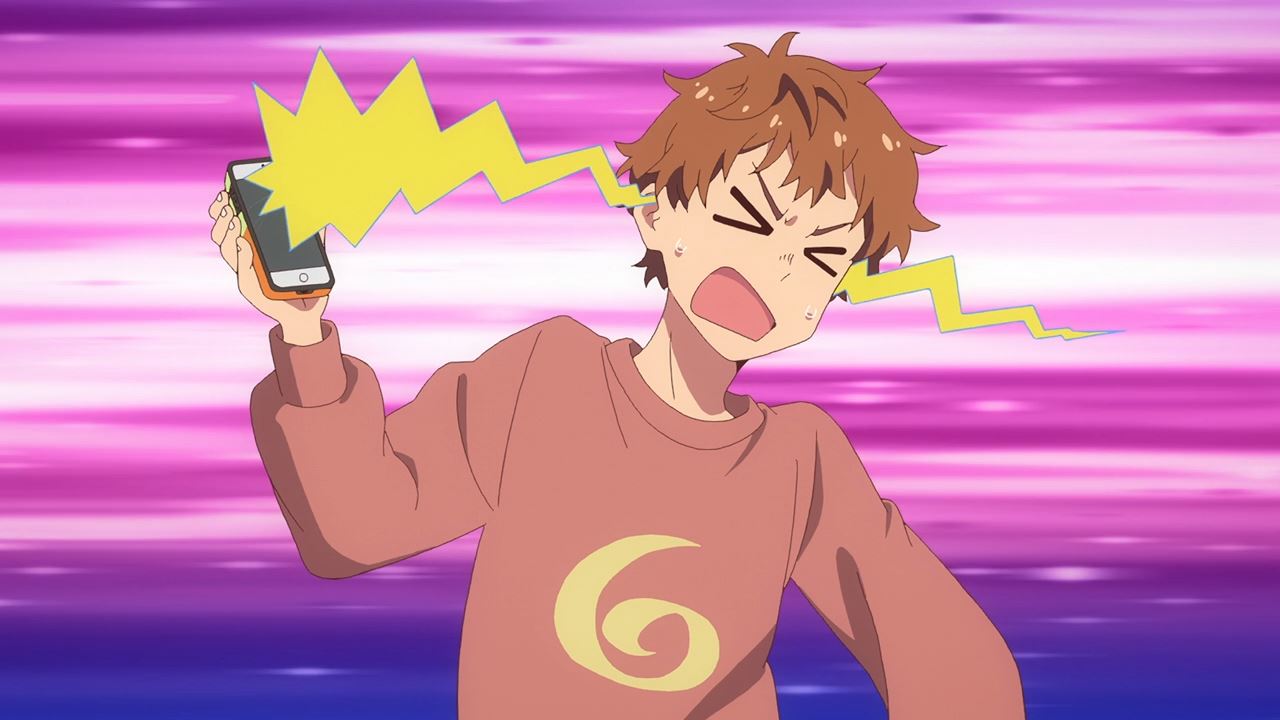 Let’s begin this episode with Kazuya Kinoshita where he receives a call from his grandmother. Instead of congratulating her grandson, Nagomi-san lash him out for missing out on Chizuru’s birthday. 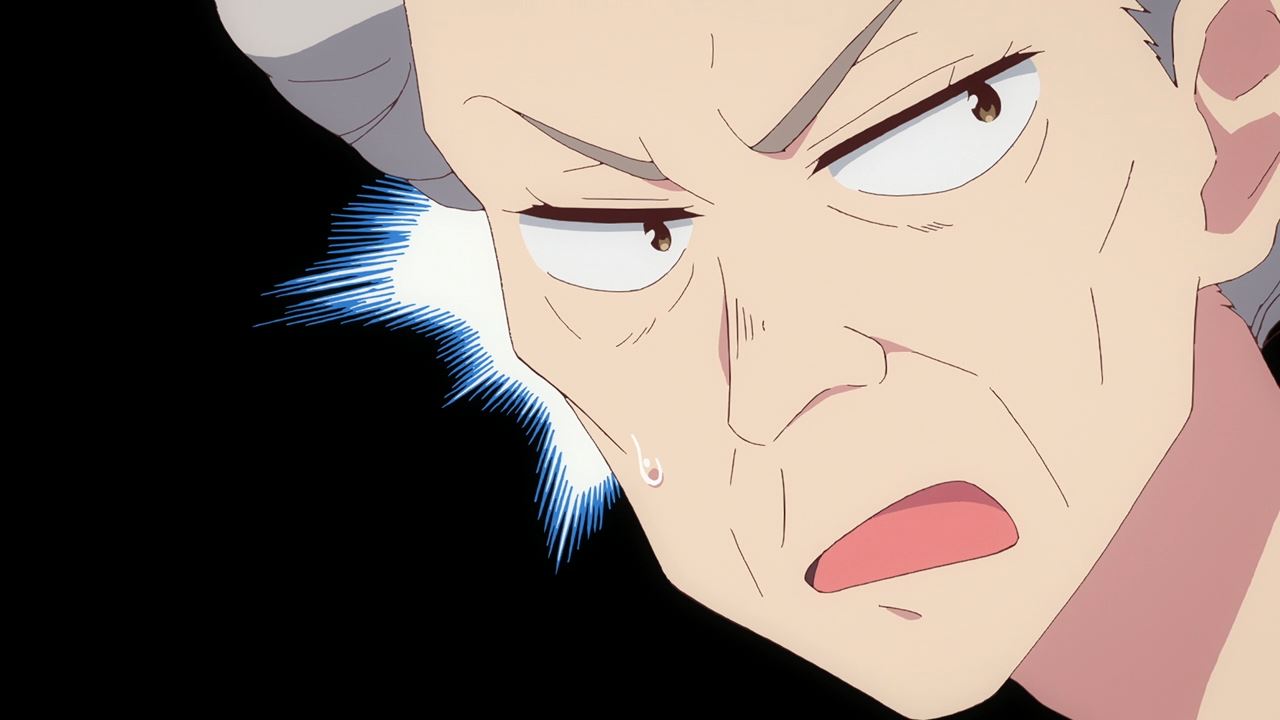 So, Nagomi Kinoshita decides to hold a double birthday party at the apartment. Then again, I wonder if it’s possible to bring Chizuru Ichinose at the Kinoshita residence? 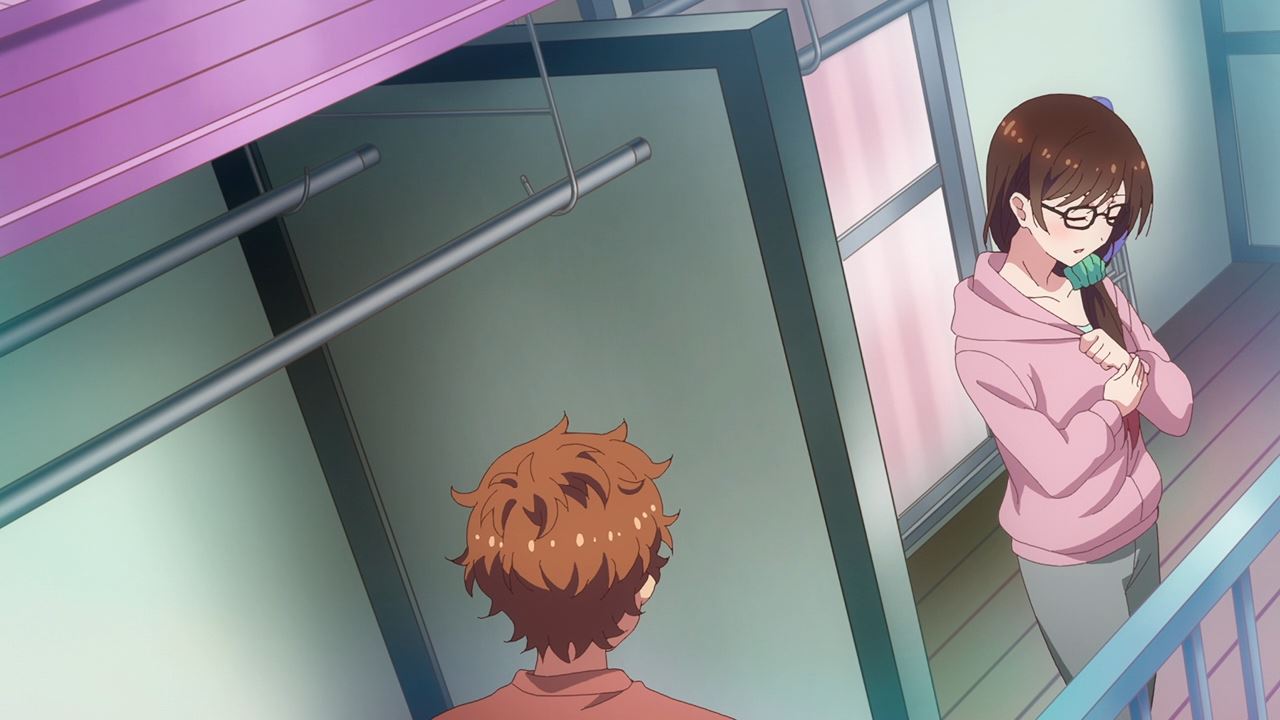 Well, Chizuru told Kazuya that it’s impossible as she’s gonna visit her grandmother Sayuri. Speaking of Sayuri-san, she’s not feeling well on this episode as her sickness is getting worse.

Anyways, looks like Kazuya Kinoshita is in a sticky situation where he can’t force Chizuru to go to his place due to her grandmother’s ailing help. So, who’s gonna become Chizuru’s subsitute? 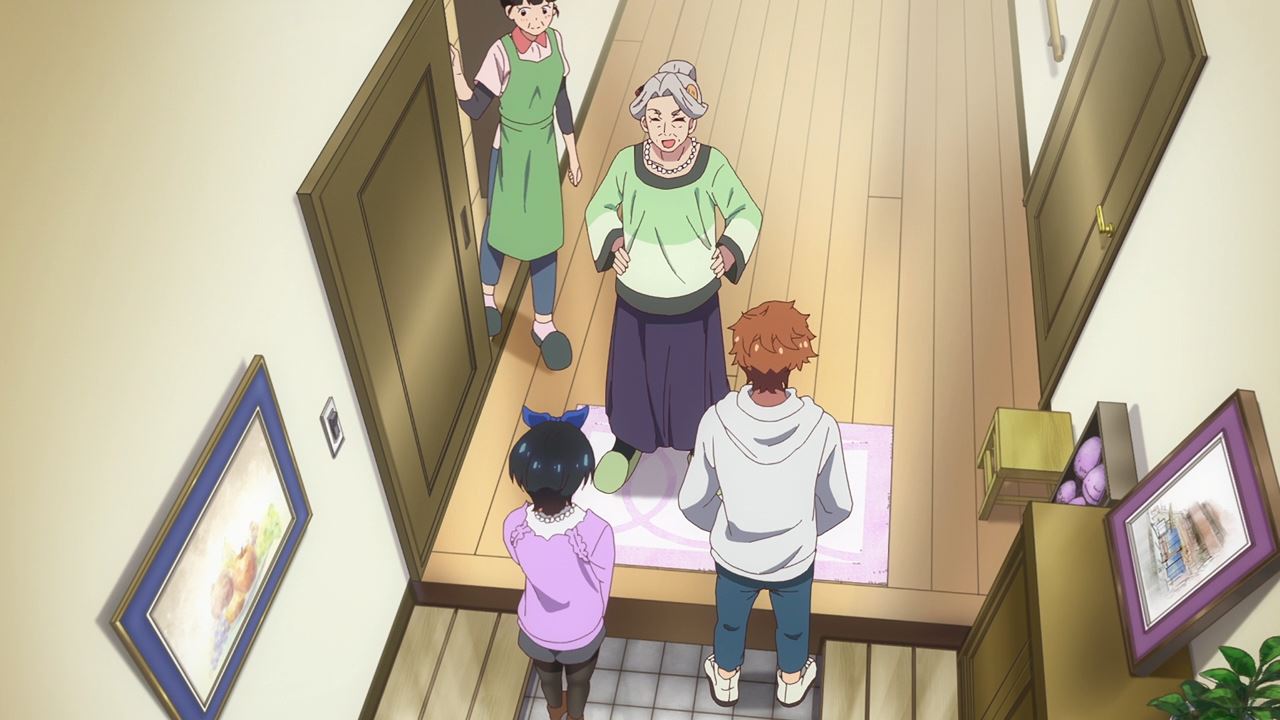 Well, there’s Ruka Sarashina where she’ll act as Kazuya’s companion, although I’m worried about her mouth where Ruka will tell his family that she’s Kazuya’s new girlfriend. 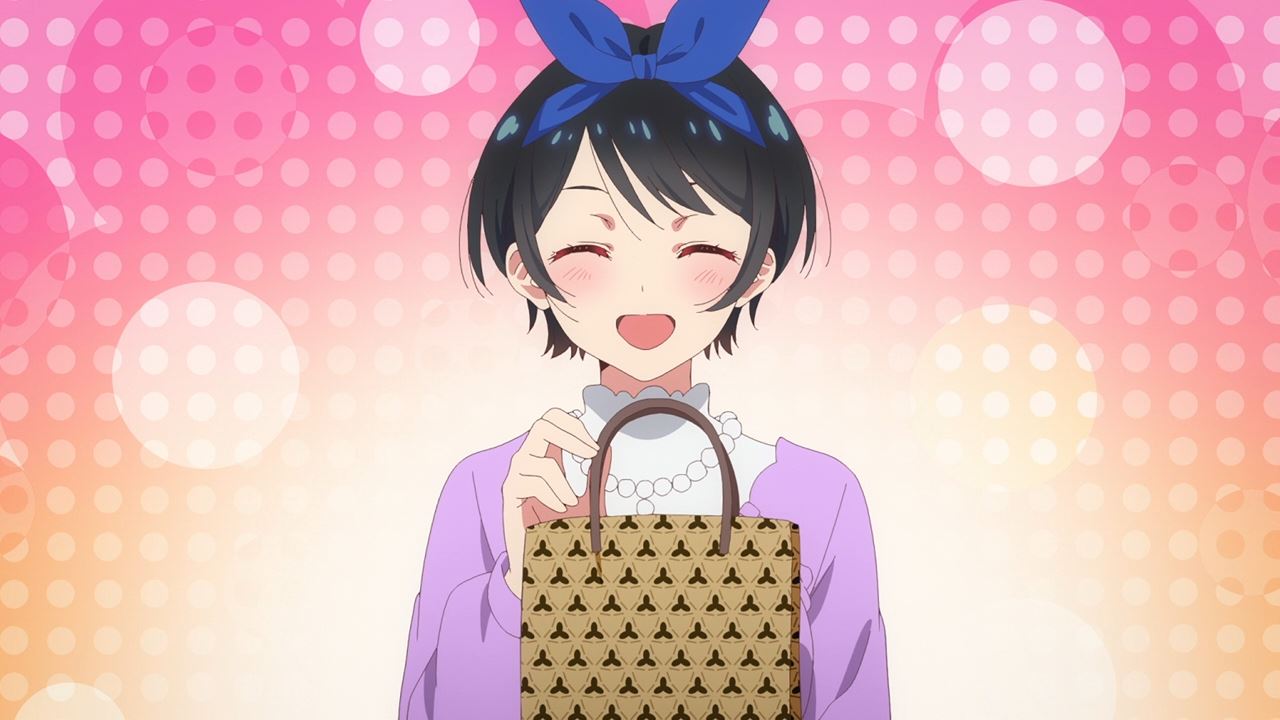 With that said, Ruka brought a birthday gift for Kazuya where she wants to prove to everyone that she’s better than Chizuru-san. And as for his birthday gift? 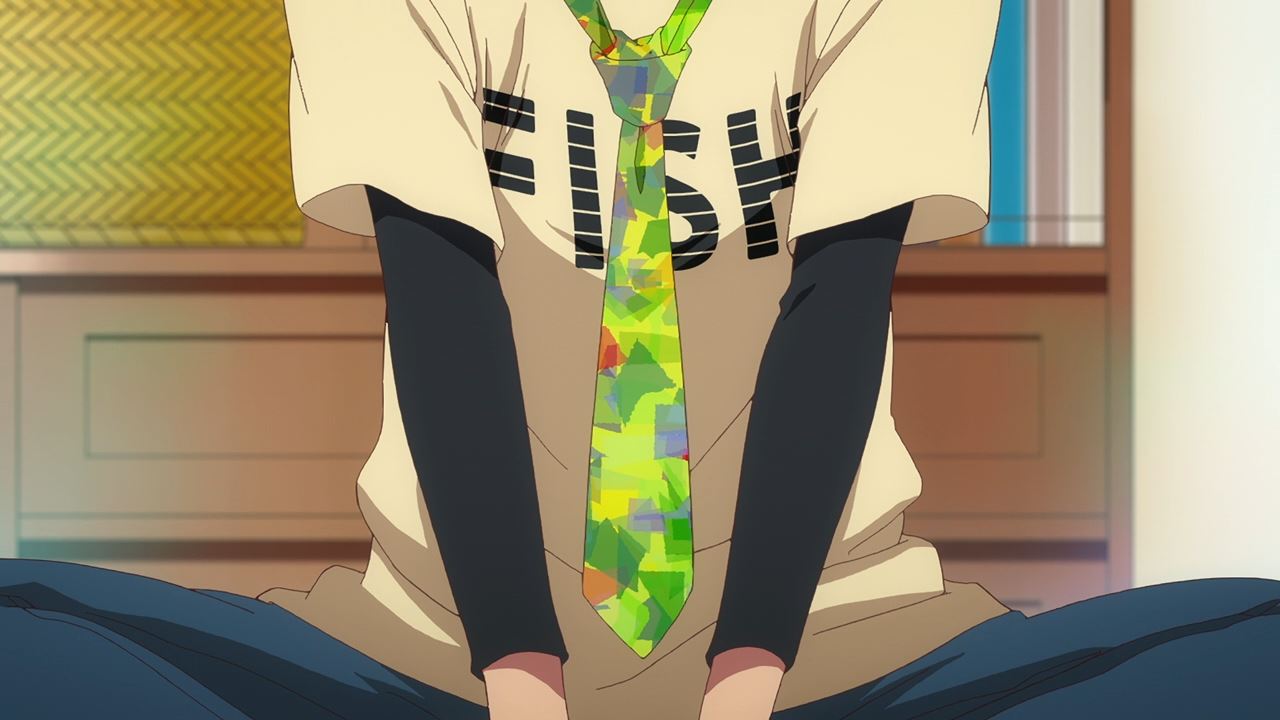 Well, it’s actually a necktie where… I have to give props to Sarashina for her effort in giving something special to Kazuya Kinoshita.

But in my humble opinion, the color of that necktie looks shit! 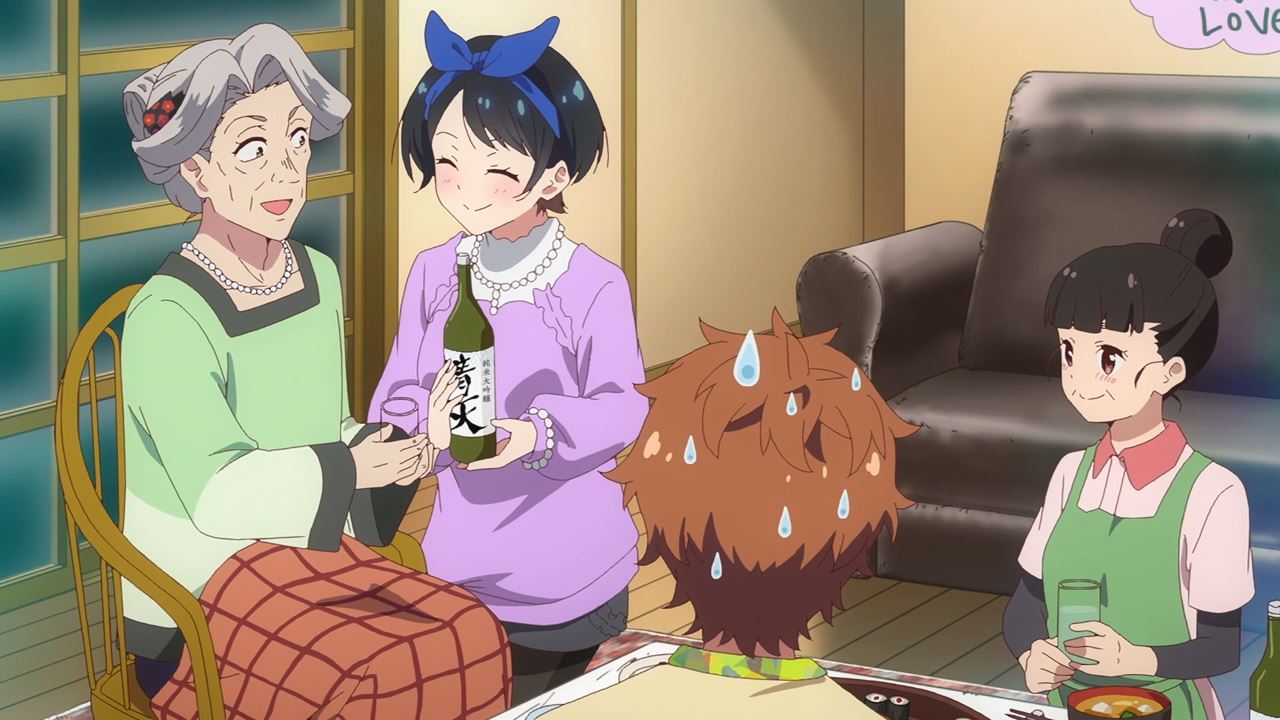 At this point, Ruka Sarashina is about to claim victory over Chizuru Mizuhara once she win the hearts and minds of the entire Kinoshita family. God, I’m scared once Nagomi-san and the rest learned the harsh truth! 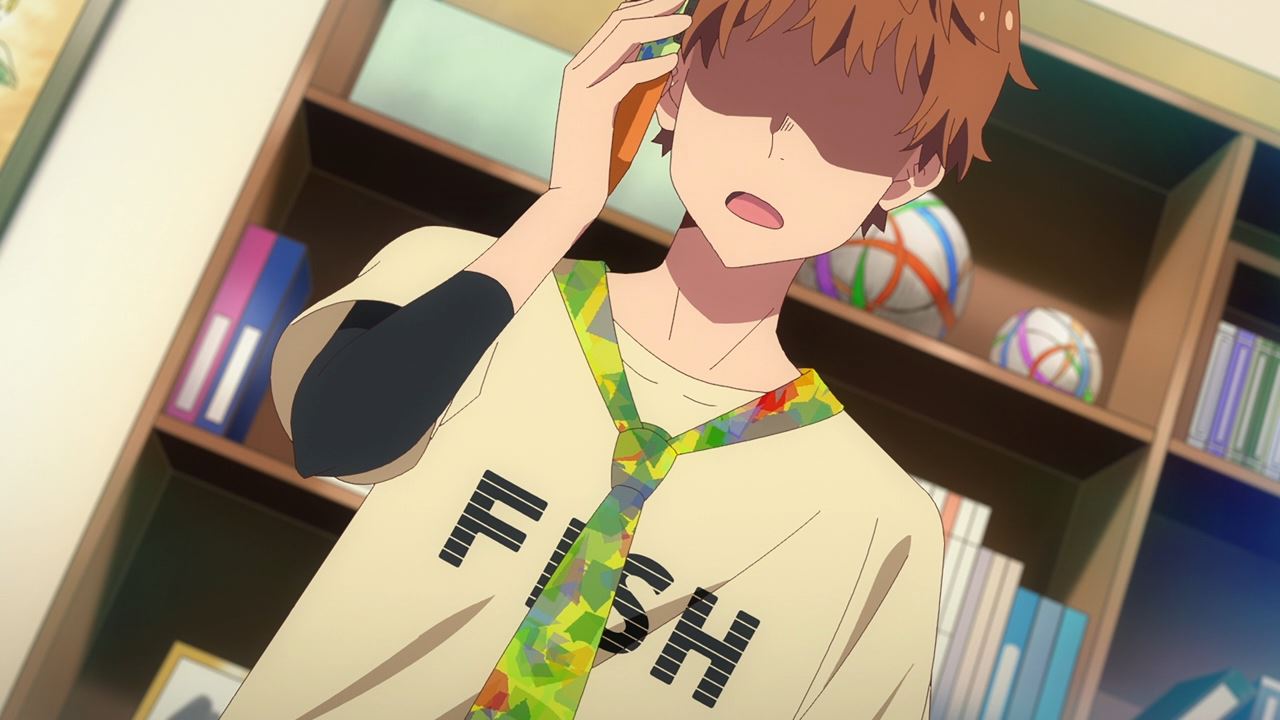 That’s until Kazuya Kinoshita got a phone call. Who could that person be? 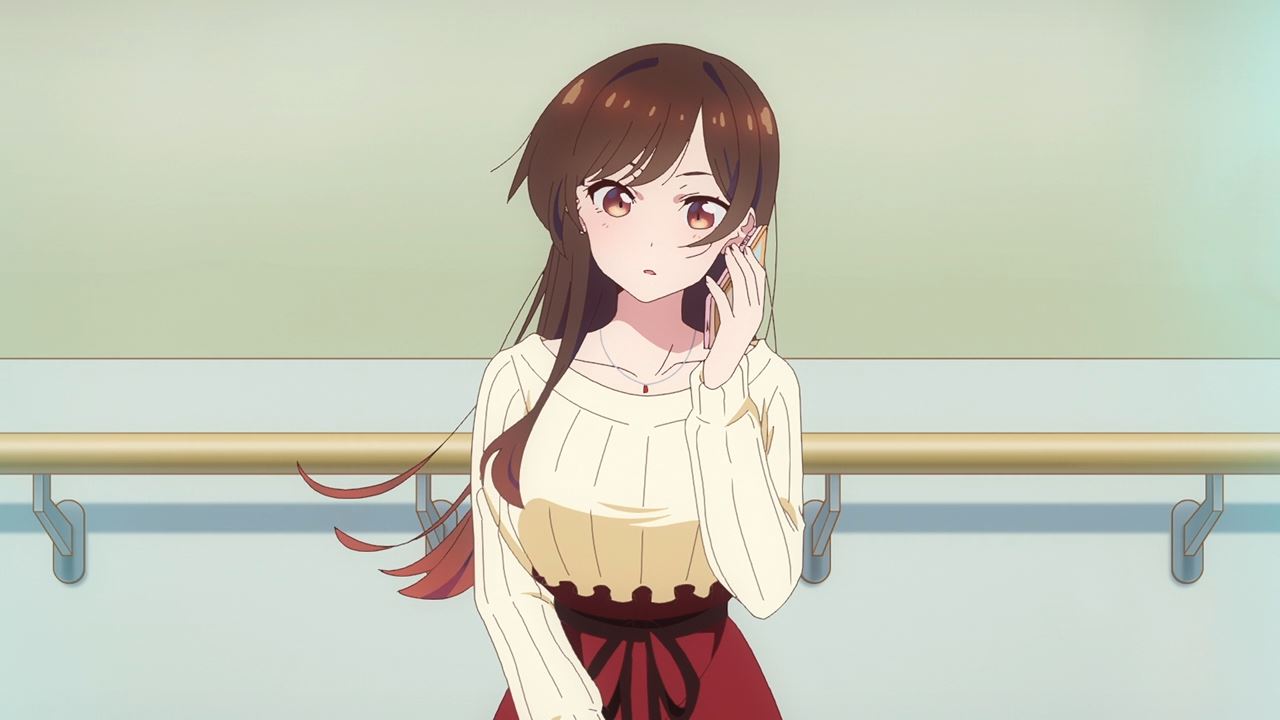 Why it’s none other Chizuru Ichinose (or Mizuhara) where she told Kazuya and the rest of his family that she can’t go because she’s currently taking care of her grandmother Sayuri at the hospital. 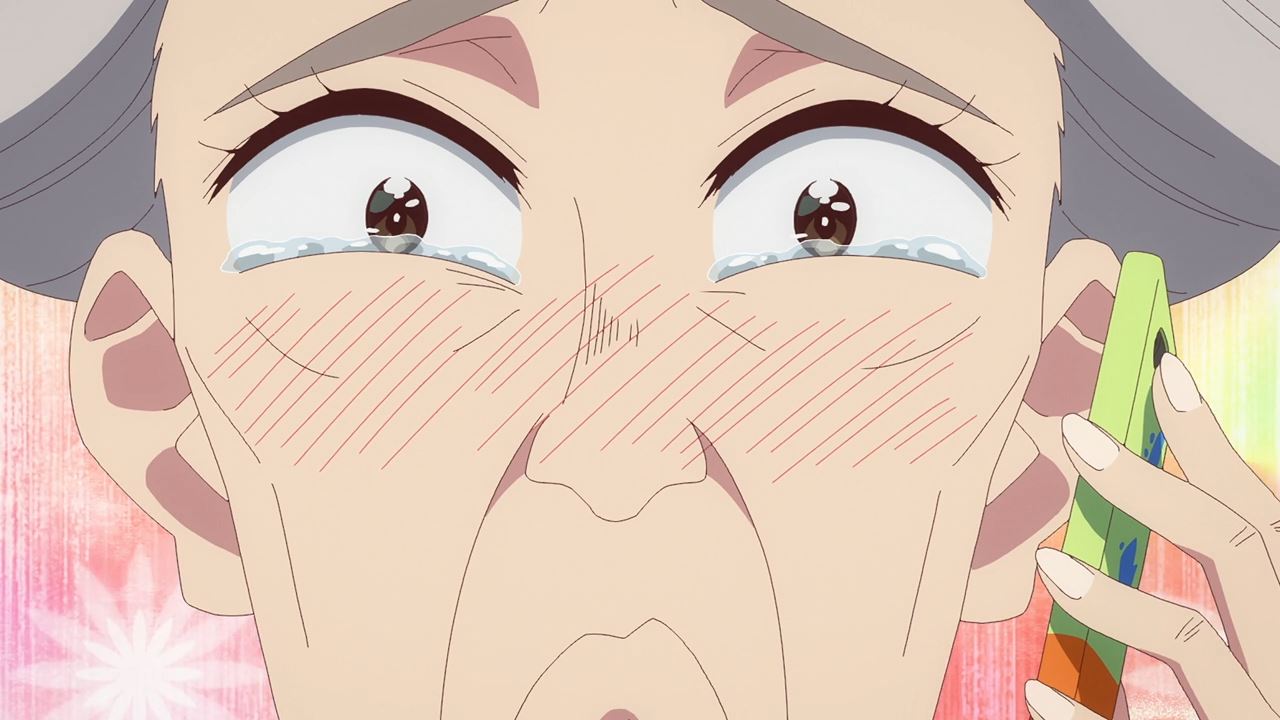 Oh yeah, here’s Nagomi-san where she finally understands regarding Chizuru’s situation, especially when her friend Sayuri is feeling under the weather lately.

Speaking of Chizuru’s grandmother Sayuri, I wonder if she’s still okay ’cause I don’t want her to die yet until her granddaughter reached her dream of becoming an actress. 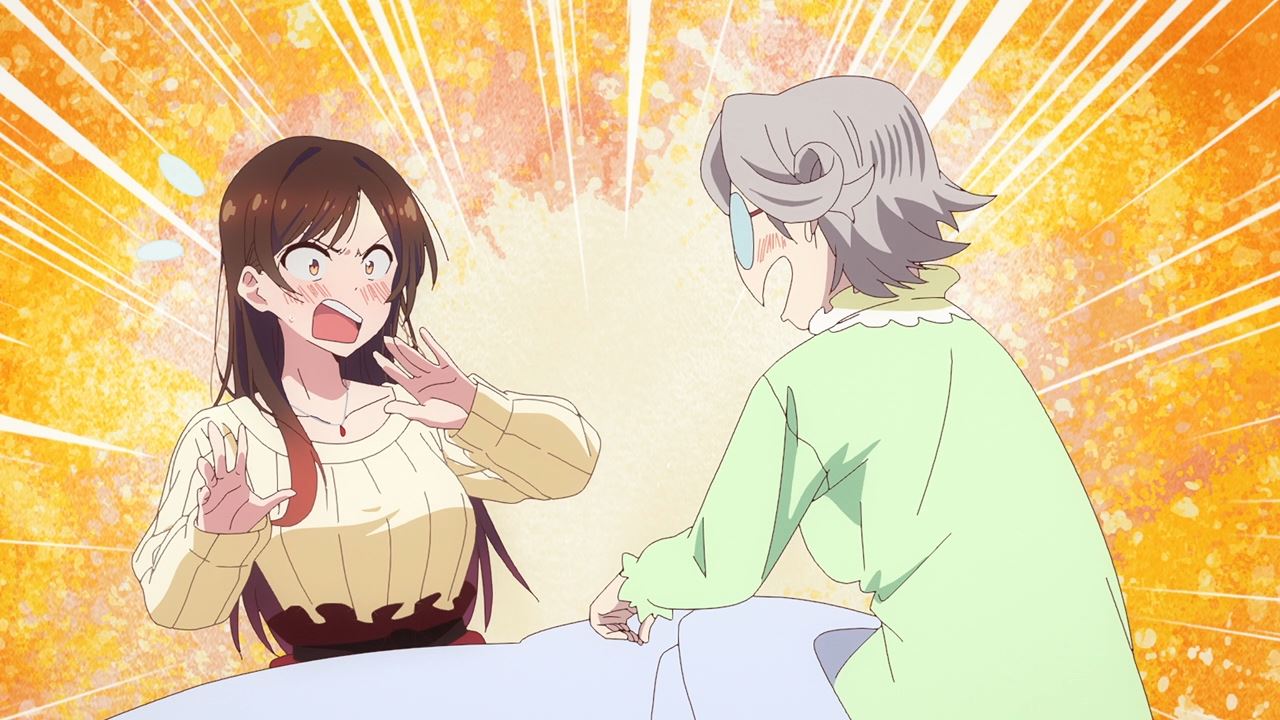 Oh wait, Sayuri is still alive and kicking as she told Chizuru to visit the Kinoshita residence as soon as possible.

Man, I’m astonished regarding Sayutaso’s strength where she won’t stay dead until Chizuru and Kazuya got married, aside from seeing her granddaughter becoming a famous actress. 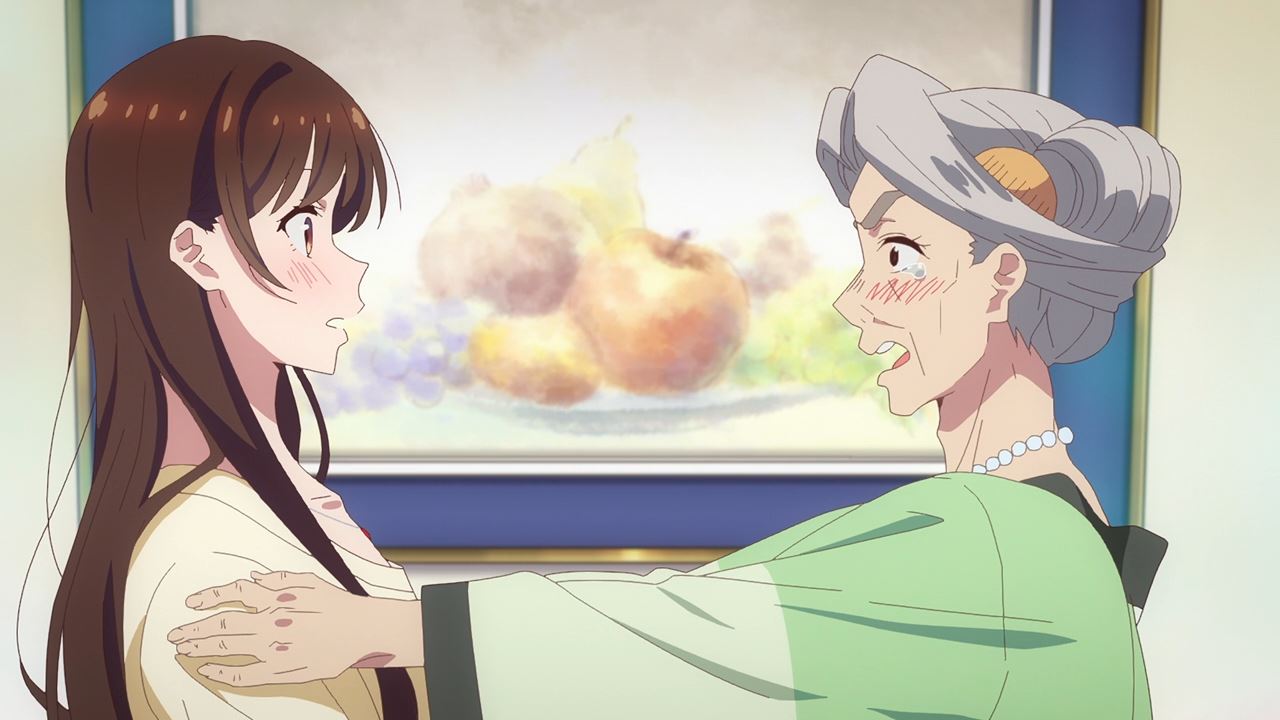 So in the end, Chizuru Ichinose went to the Kinoshita residence as Nagomi-san is really happy to see her future granddaughter-in-law. Of course, it’s too early for Kazuya’s grandmother to call Chizuru as her granddaughter unless she’s married to that bumbling male protagonist.

Anyways, looks like Chizuru won over Ruka-chan where despite her efforts to win the hearts and minds of Kazuya’s family, Chizuru is too strong with just her presence alone. 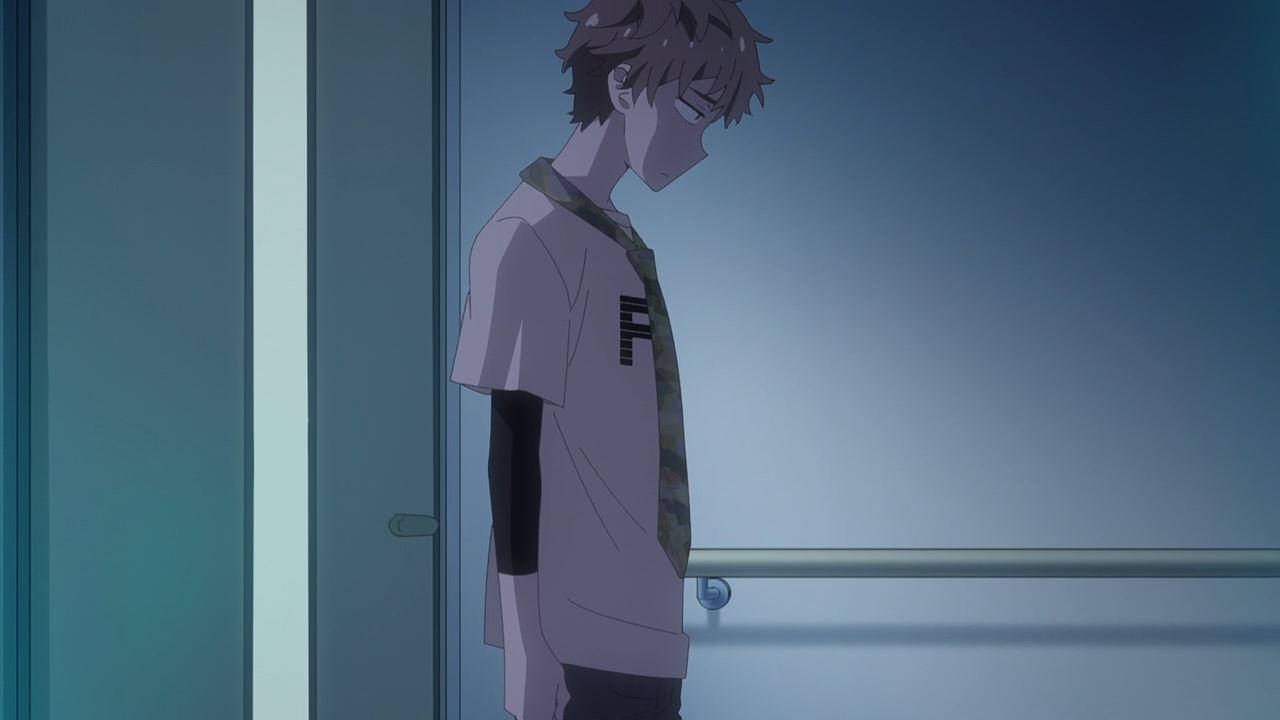 But you know what, I think the status quo will remain as Ruka Sarashina didn’t get the opportunity to tell everybody that she’s Kazuya’s new girlfriend.

And speaking of Kazuya-kun, he’ll remain as a pathetic guy who couldn’t move forward to the next step as Kazuya still thinks about Mami Nanami. 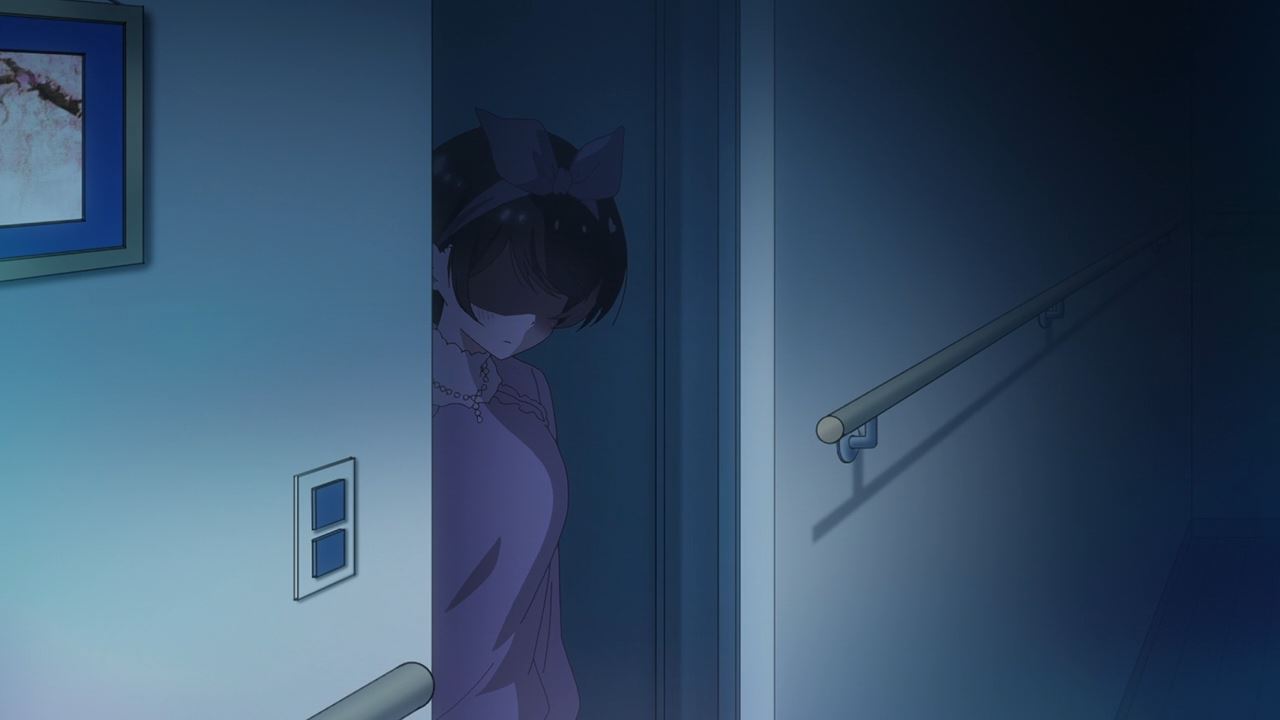 One more thing, here’s Ruka Sarashina where I have a bad feeling that she’s gonna do something dangerous. Look at her eyes, she’s gonna murder somebody! 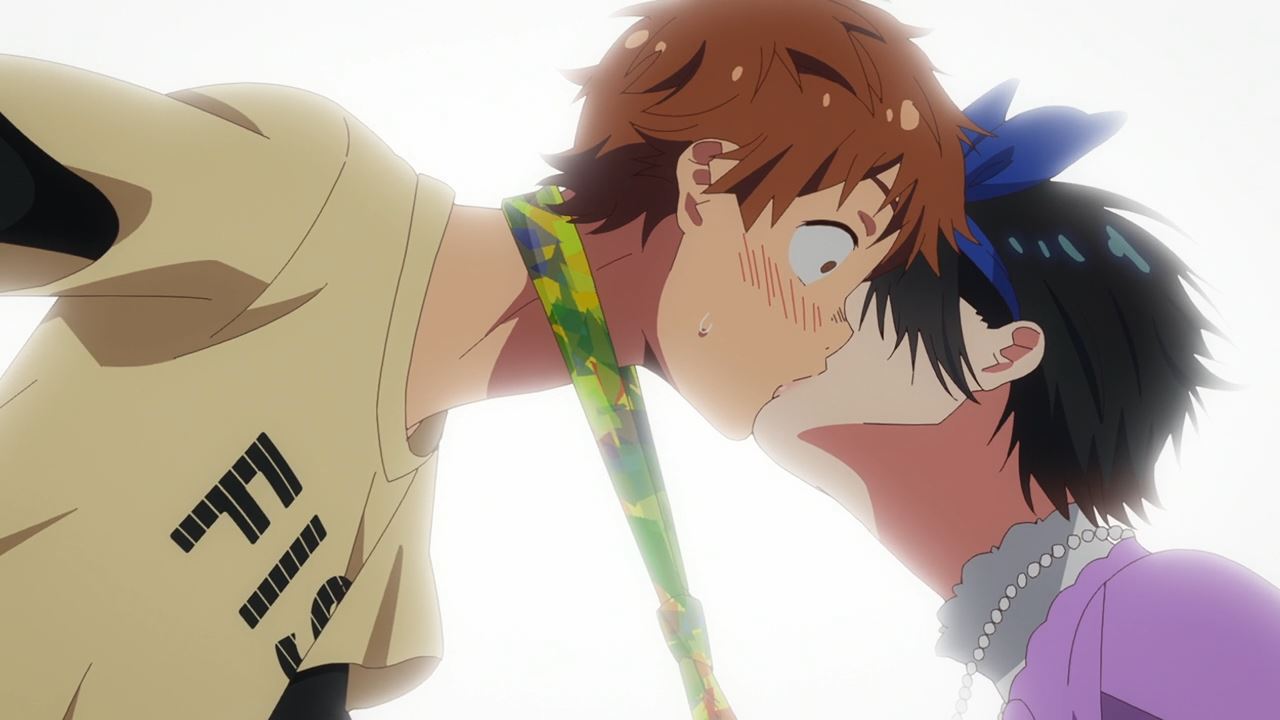 Except that Ruka-chan decides to kiss Kazuya… in the lips. Goddamn, she’s really went all-in to claim her position as Kazuya’s new girlfriend. It would be bad if Mami Nanami or Chizuru Mizuhara saw it!

But that’s about it for this episode where the wheels are gonna fall off thanks to this derailing event. I hope I can survive this trainwreck of a sequel as I’ll see you next time!