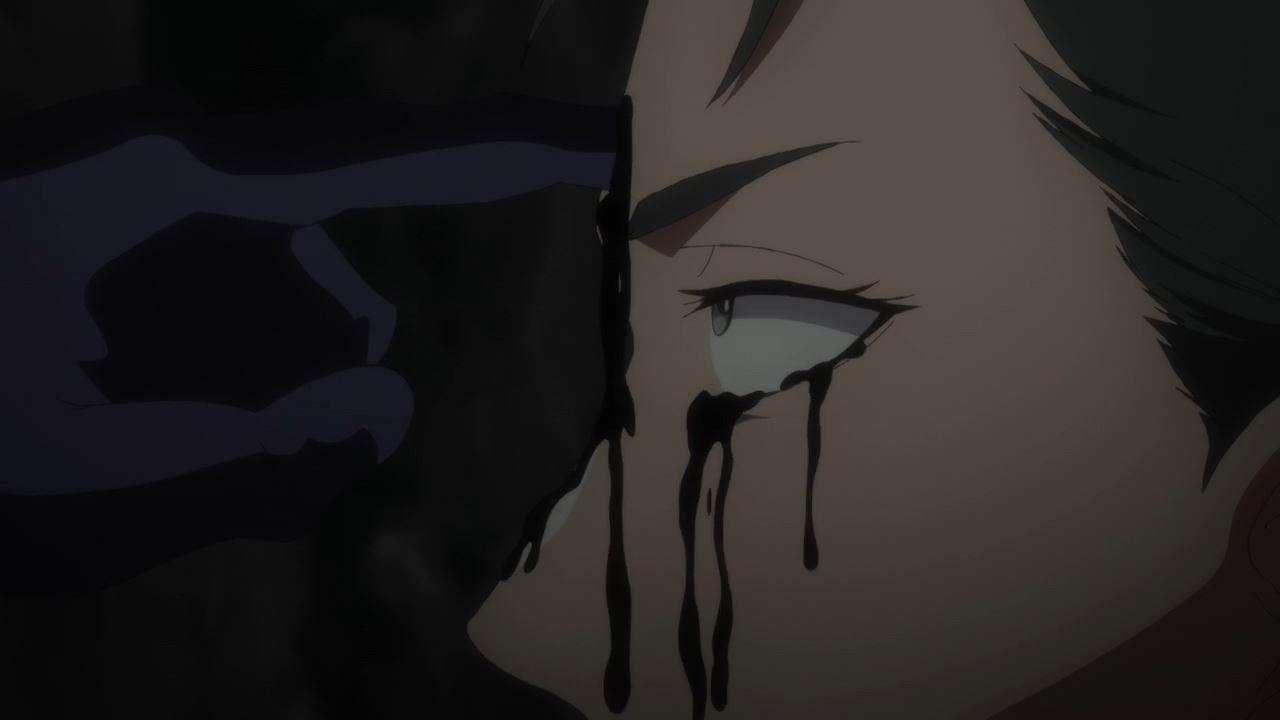 Let’s begin with Negoro where she’s being turned into liquid by the four-armed shadow abomination. 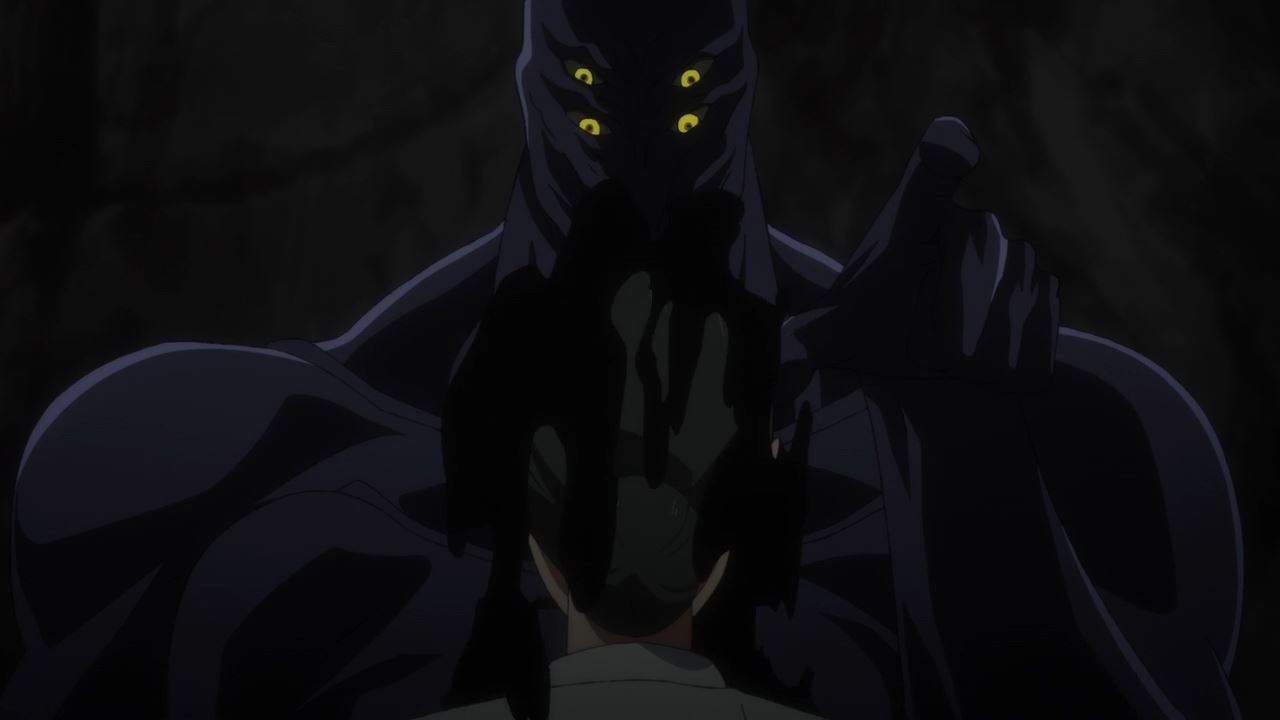 Yes, you probably know this monster as Shide where Haine’s right-hand man is recovering from its injuries, although I’m not sure who’s behind its shadowy exterior.

Now then, it’s time for some brief fanservice, although I’m here for the plot as Ushio’s shadow was created thanks to Hizuru’s brother Ryuunosuke taking out Haine’s right eye. Of course, Haine’s right eye went to Shinpei Ajiro which kickstart the entire plot.

But despite possessing the eye from the mother of all shadows and manifested Ushio’s body, Hizuru (or Ryuunosuke) Minakata won’t hesitate in killing Shadow Ushio if she’s gone astray.

That being said, Ushio retains her personality on top of possessing hacking abilities. Of course, she can’t overpower Haine right now as the mother of all shadows has Shide as her guardian. 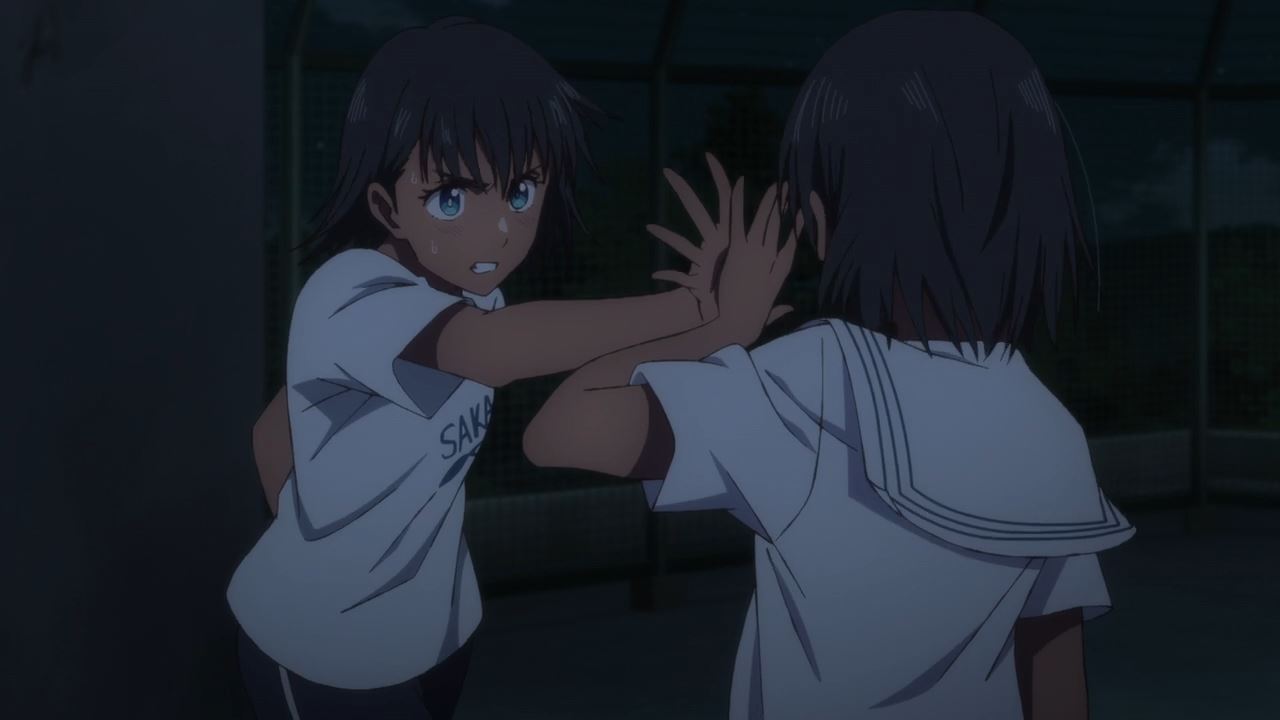 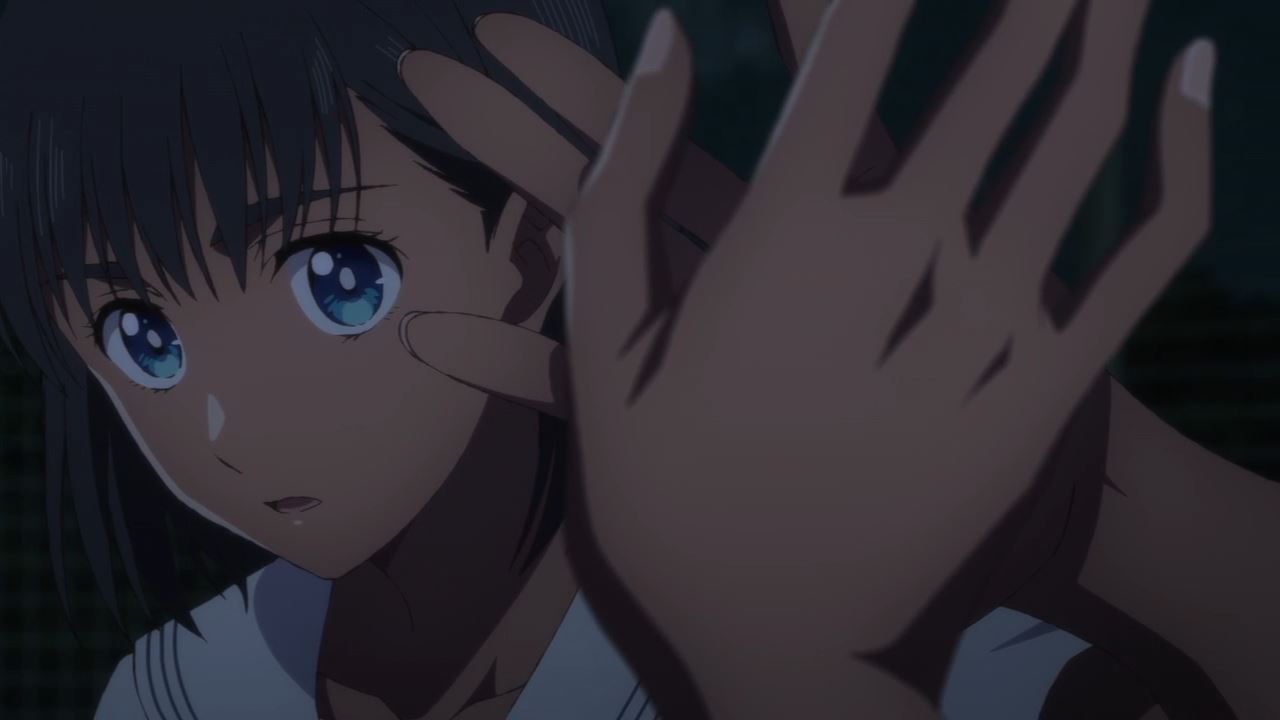 Meanwhile, here’s Mio Kofune where her own shadow told the real one to confess her feelings before it’s too late. Otherwise, Shadow Mio will tell everything to Shinpei on her behalf.

I have to say that Shadow Mio has gone really cheeky but still, there’s a lot of time (or episodes) for the real Mio to confess her feelings to Shinpei Ajiro.

One last thing, it appears that Ginjirou Nezu went to his home to see Kaoru or should I say a shadow of his wife as the real one is already gone. 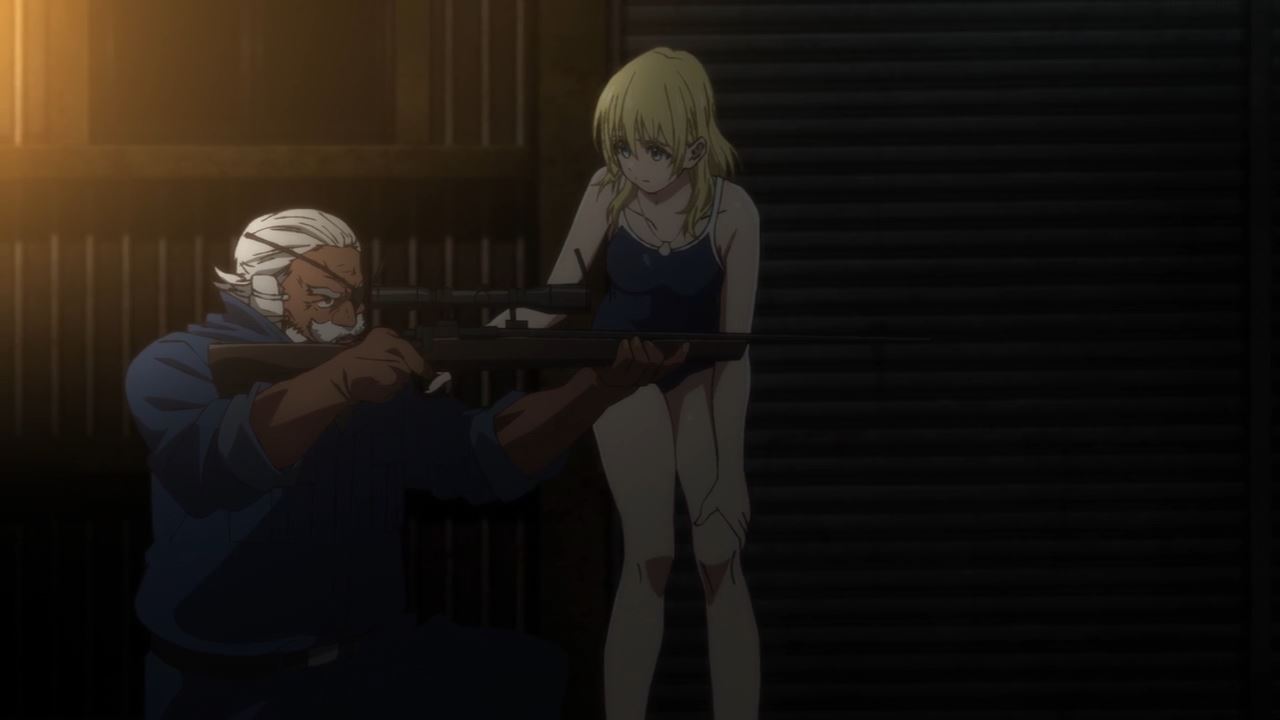 While Ushio wants to hack Kaoru’s mind in order to set her free from Haine’s control, Ginjirou-san decides to shoot his own wife as he couldn’t bear to see Kaoru getting pinned at the wall for eternity.

Can’t believe that there are some characters like Ginjirou Nezu whose loved ones turned into shadows. Still, I’m hoping that Kaoru’s soul will be at ease after this. 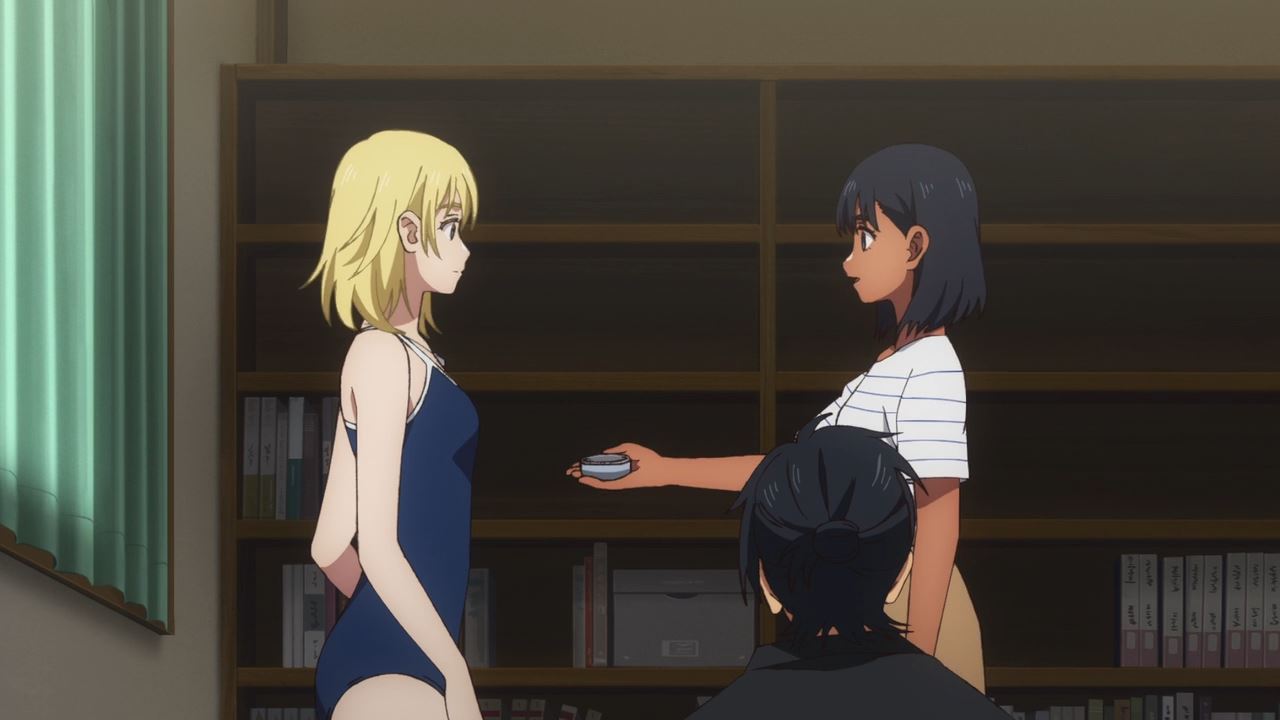 Now then, July 23 has arrived where Shinpei and his allies will have to kill more shadows and stop the ritual. But first, Shadow Mio gave something important to Shadow Ushio. 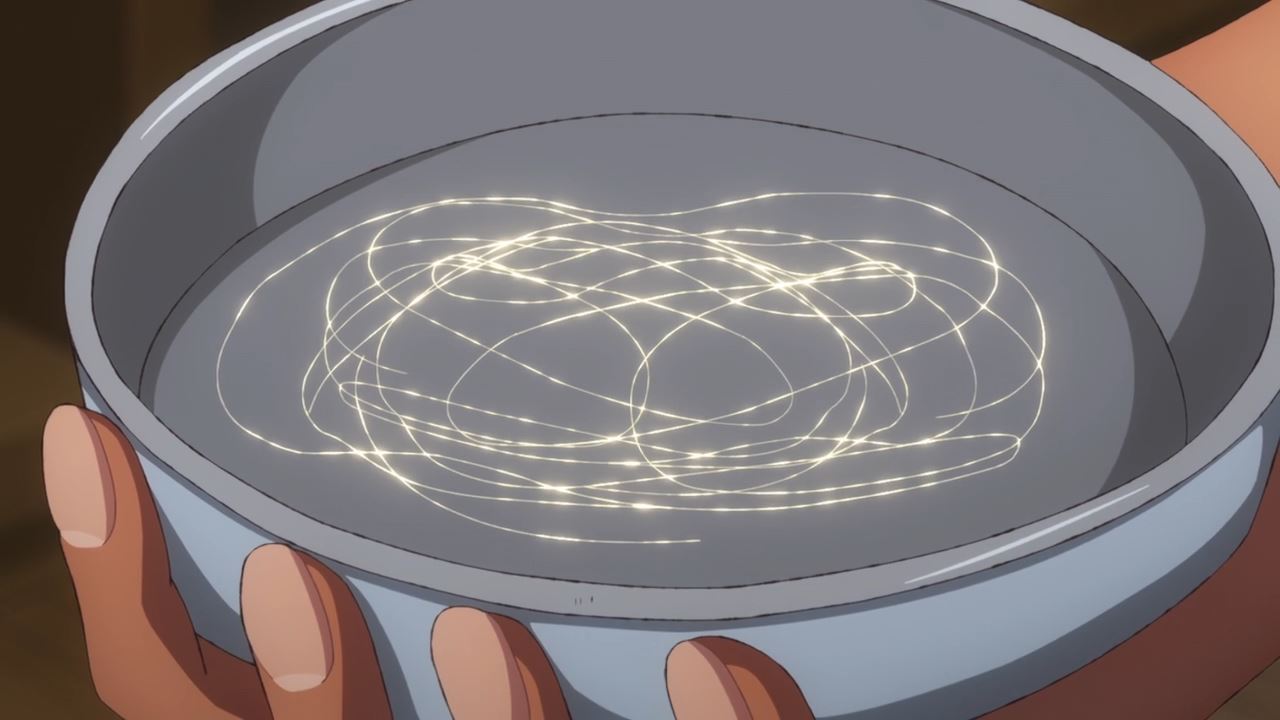 Turns out that Shadow Mio harvested some strands of hair from the real Ushio Kofune. While it won’t fully-restore her body, this strand of hair is enough to restore one’s body part. 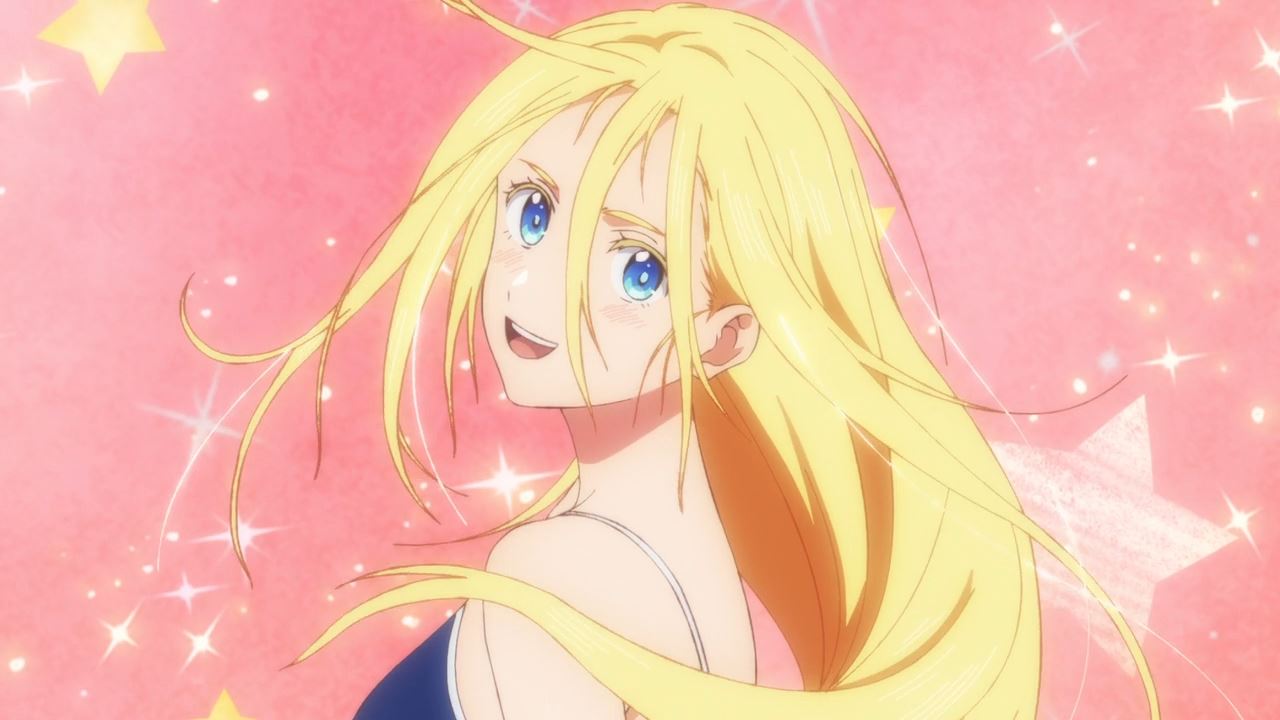 In the case of Shadow Ushio, her long blonde hair which is important for slicing bad shadows. Well then, time to continue their shadow hunt… 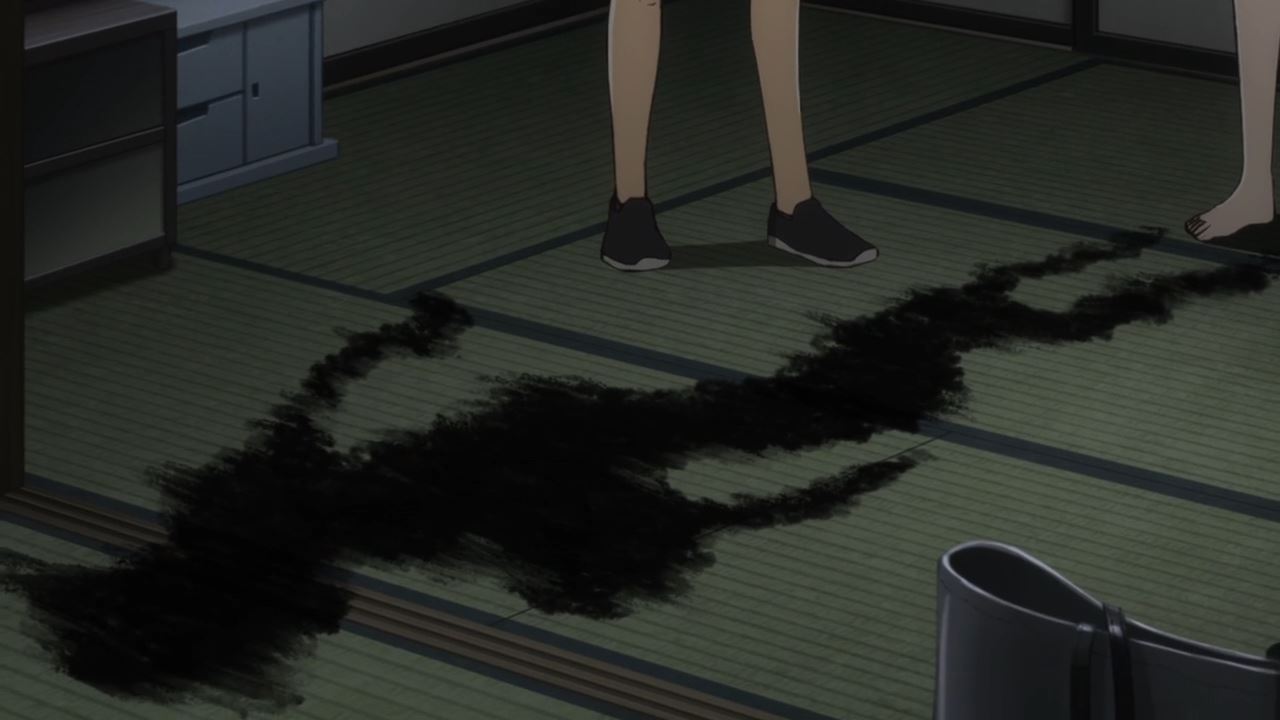 …starting with the Hitobuchi family where Shinpei and Ushio’s grade school teacher Kanae-san was already turned into a shadow. They’re too late to save their teacher. 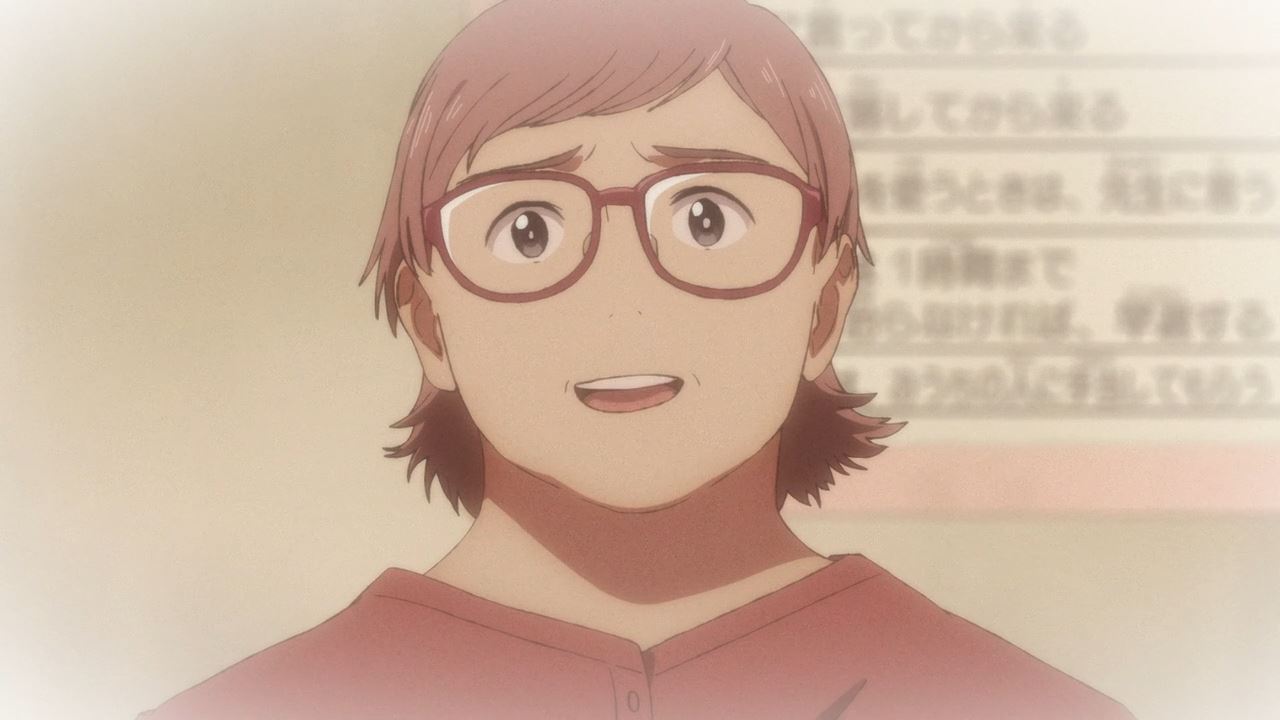 And seriously, Kanae-san is a very kind teacher to both Shinpei and Ushio. Now, I have a bad feeling that the shadow of their old teacher is lurking around somewhere in Hitogashima. 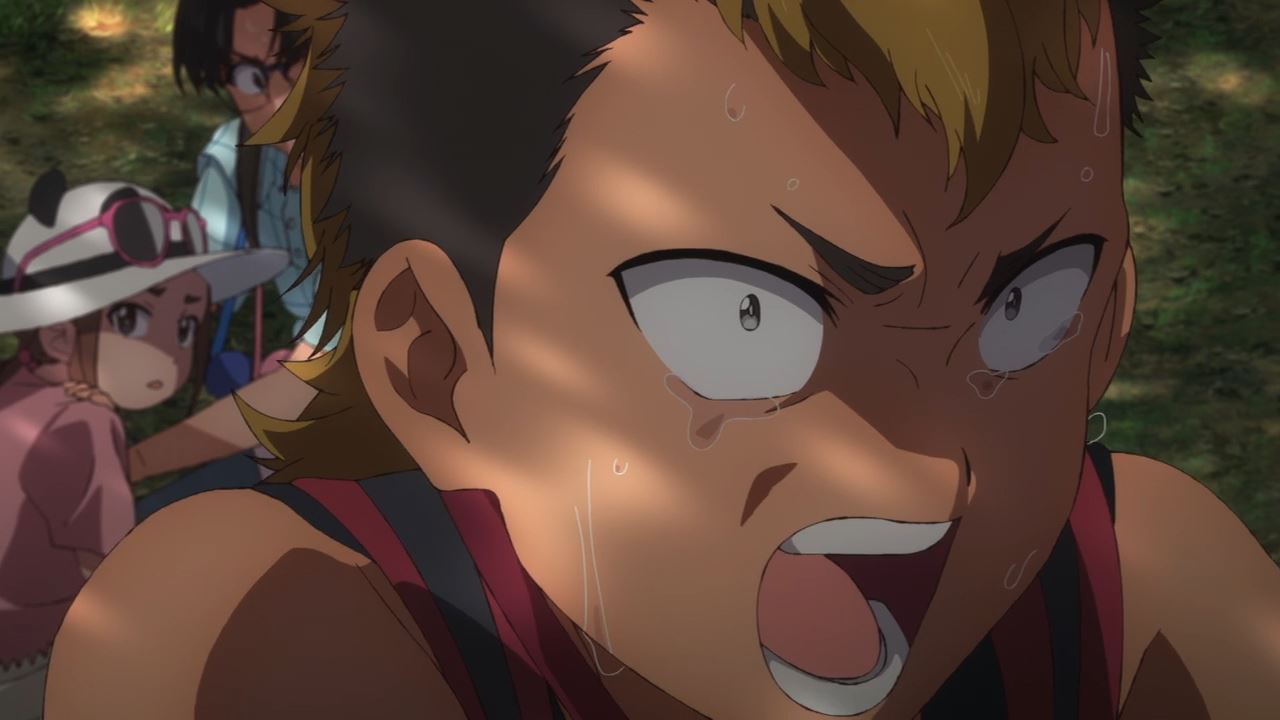 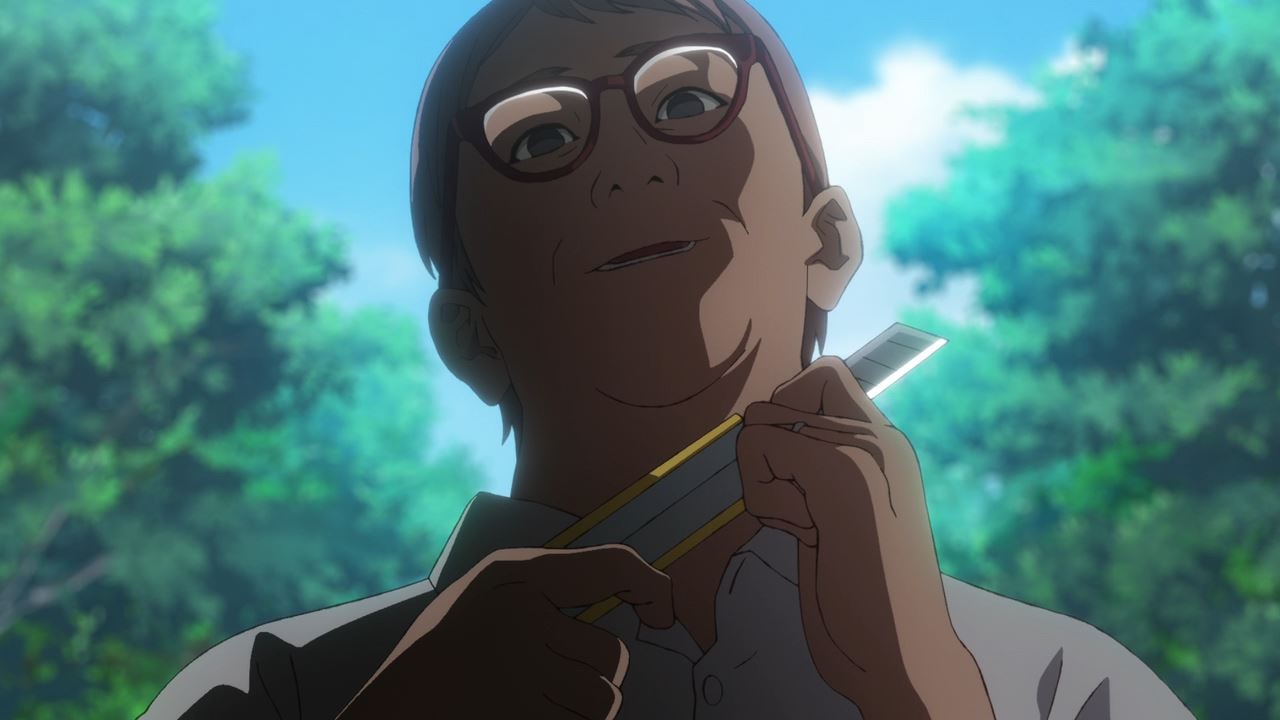 And it turns out that Shadow Kanae is targeting her own pupils. Oh boy, somebody save those poor kids before they become sacrifices for Haine. 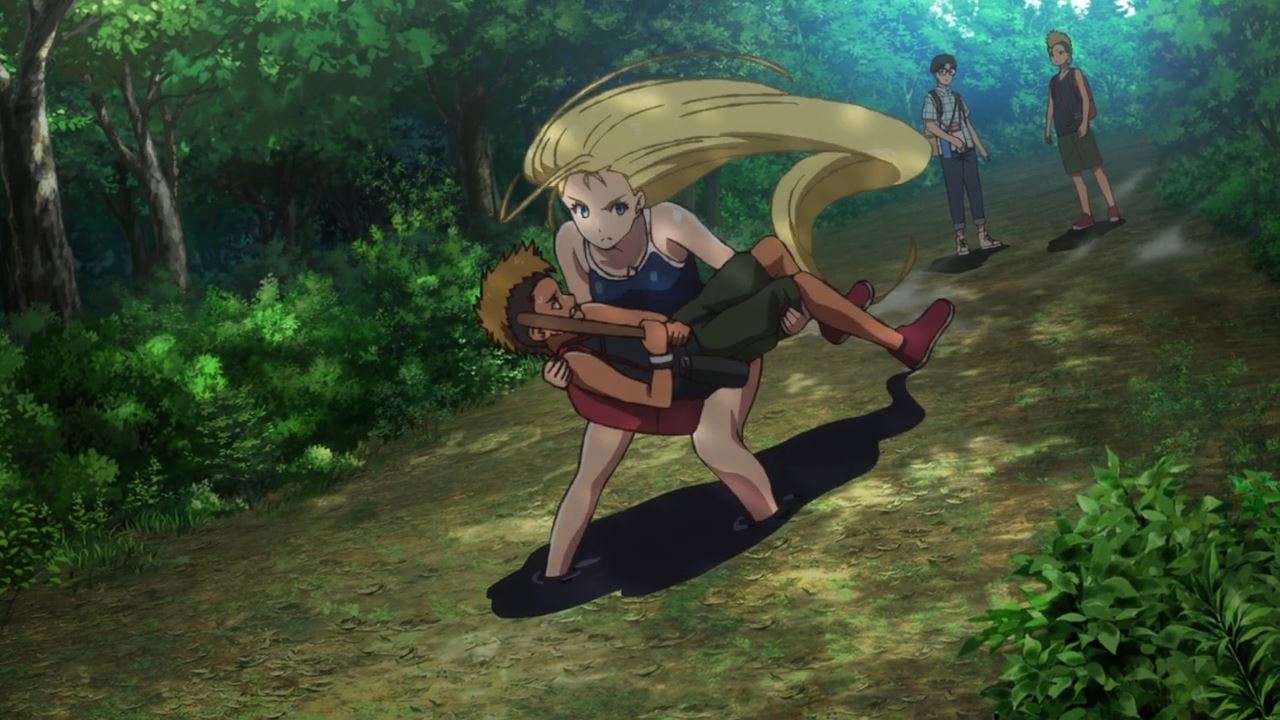 Fortunately, Shadow Ushio arrived just in time to rescue Hamaji-kun from being killed and replaced by a shadow. Oh and those two shadows at the back? 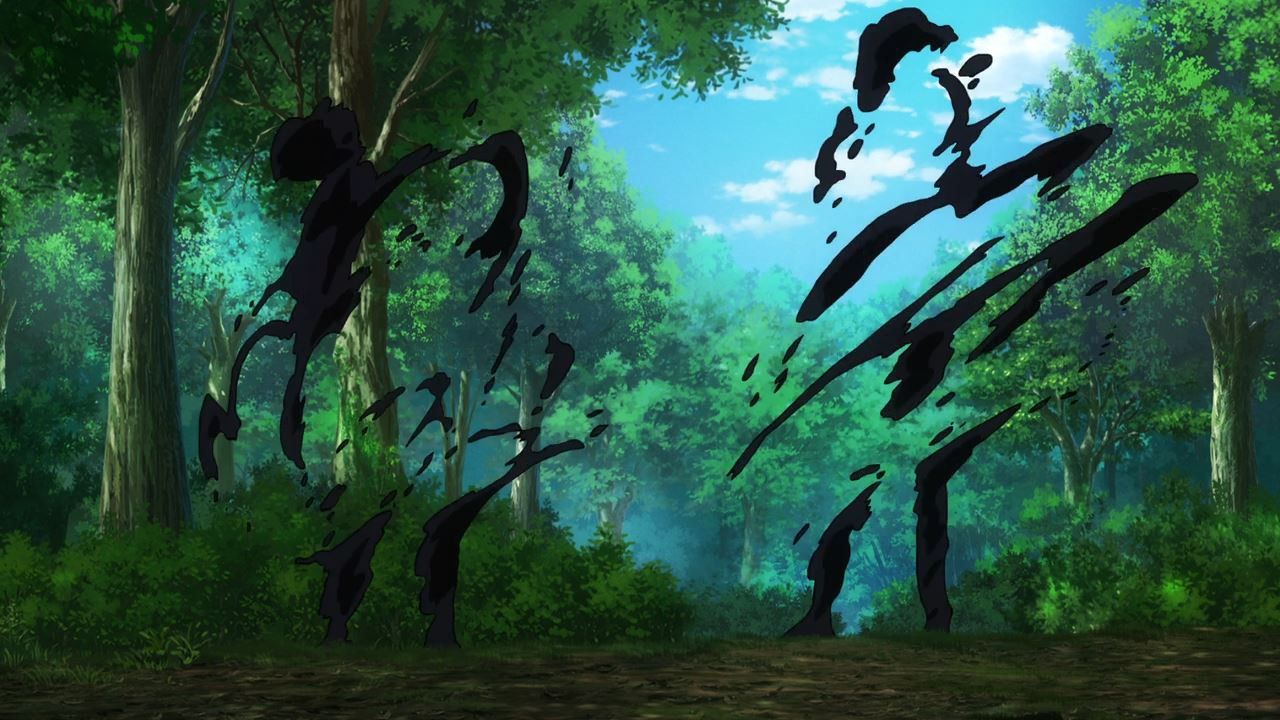 Well, Ushio took care of them in a flash. Now, the only thing left to do is to kill Kanae’s shadow. 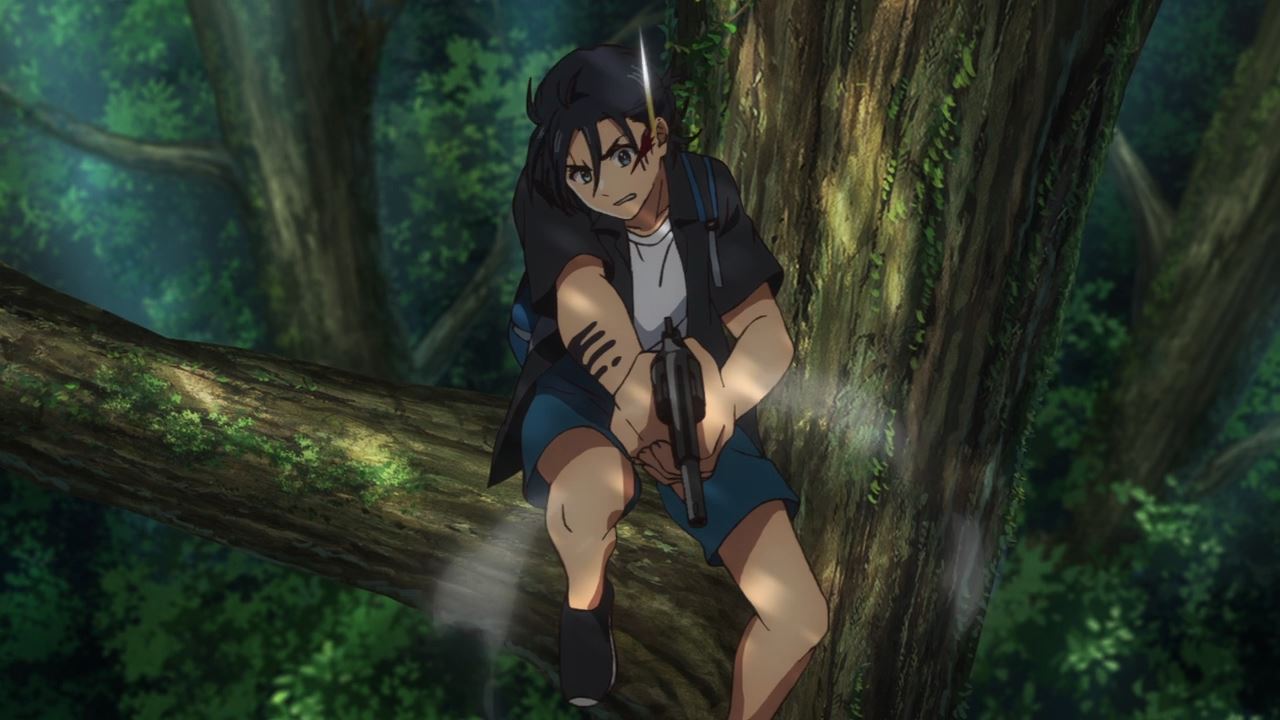 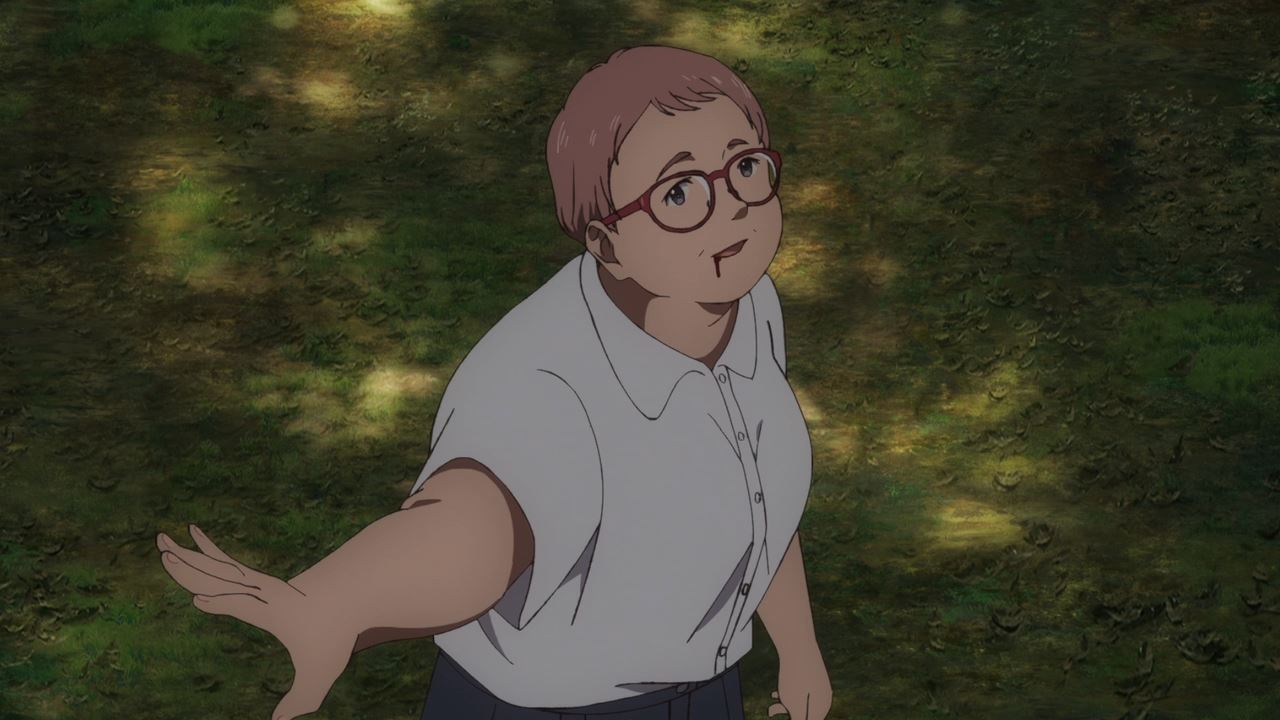 However, it appears that Shinpei Ajiro managed to shoot Shadow Kanae’s weak-point. Sure that he got a scratch from a box cutter, but Shinpei didn’t waver when pulling the trigger towards his old teacher. 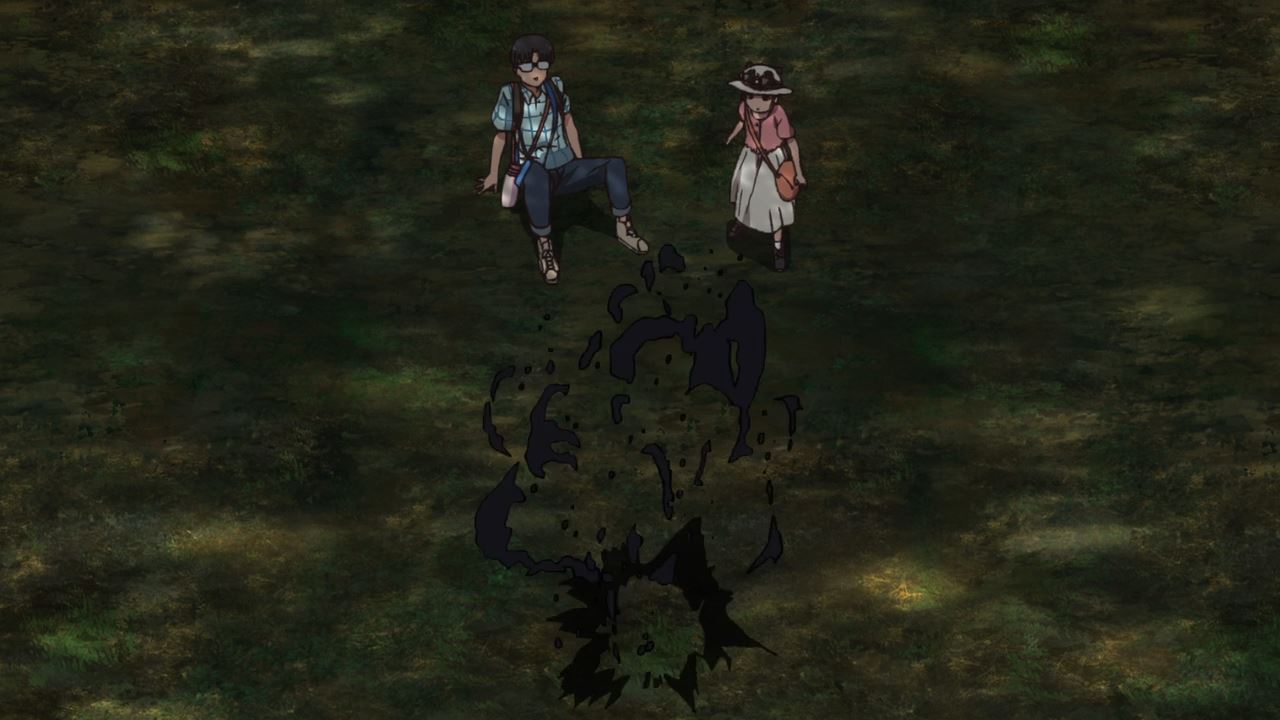 In any case, the grade school students are finally safe as Shadow Kanae is defeated, although it’s pretty sad that the real one is already murdered as she couldn’t say goodbye to both Shinpei and Ushio.

So while they’ll continue their crusade in stopping the shadows, Shinpei and the rest are still puzzled regarding the first director of the Hishigata Clinic, Shidehiko Hishigata. 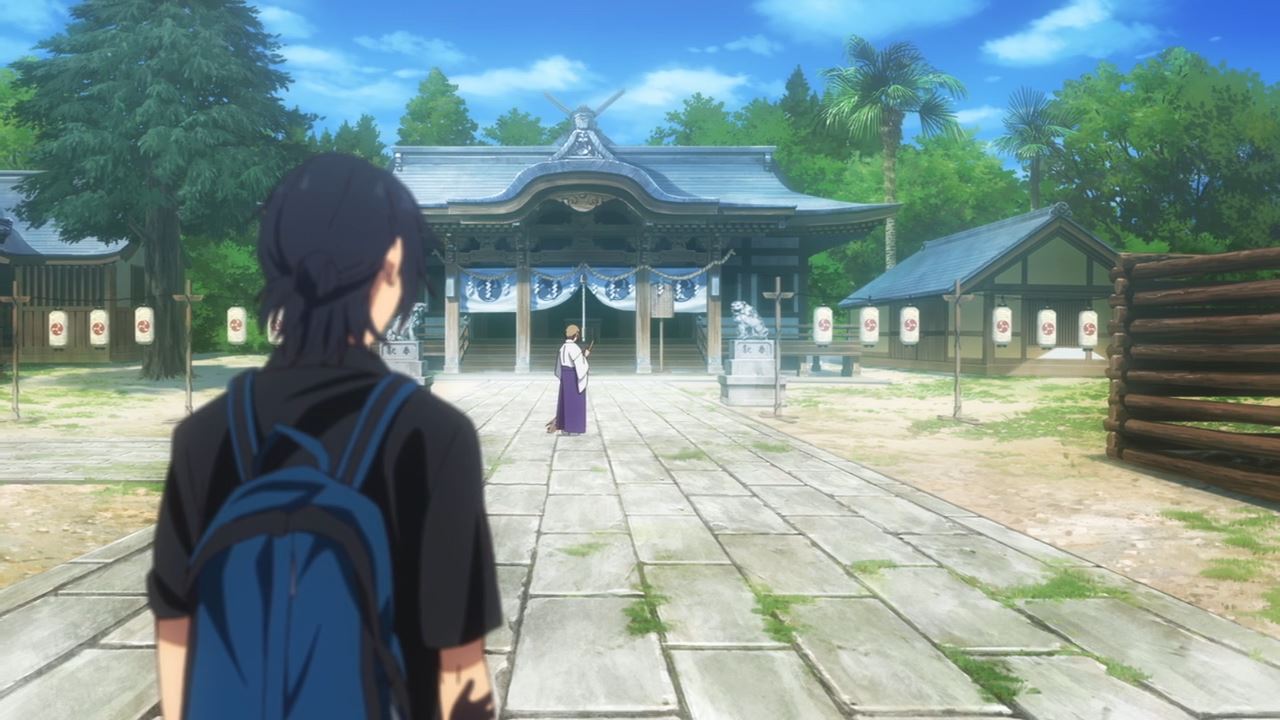 Anyways, let’s end this episode where Shinpei Ajiro decides to head towards the shrine and ask the head priest regarding the legend of Hiruko and Shidehiko Hishigata. 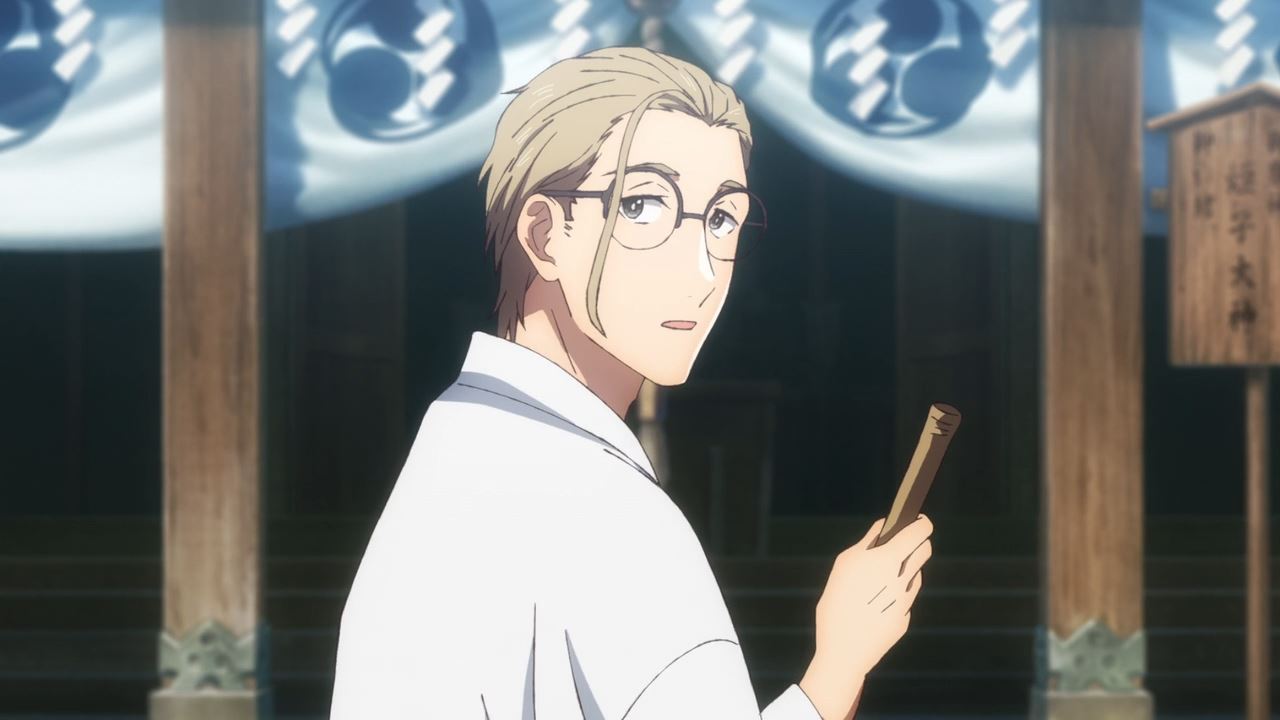 That’s right, it’s Masahito Karikiri where he might know everything related to Hiruko and the Hishigata family’s ancestor.

Then again, the question is whether Masahito Karikiri is trust-worthy or not? Well then, I’ll see you next time!