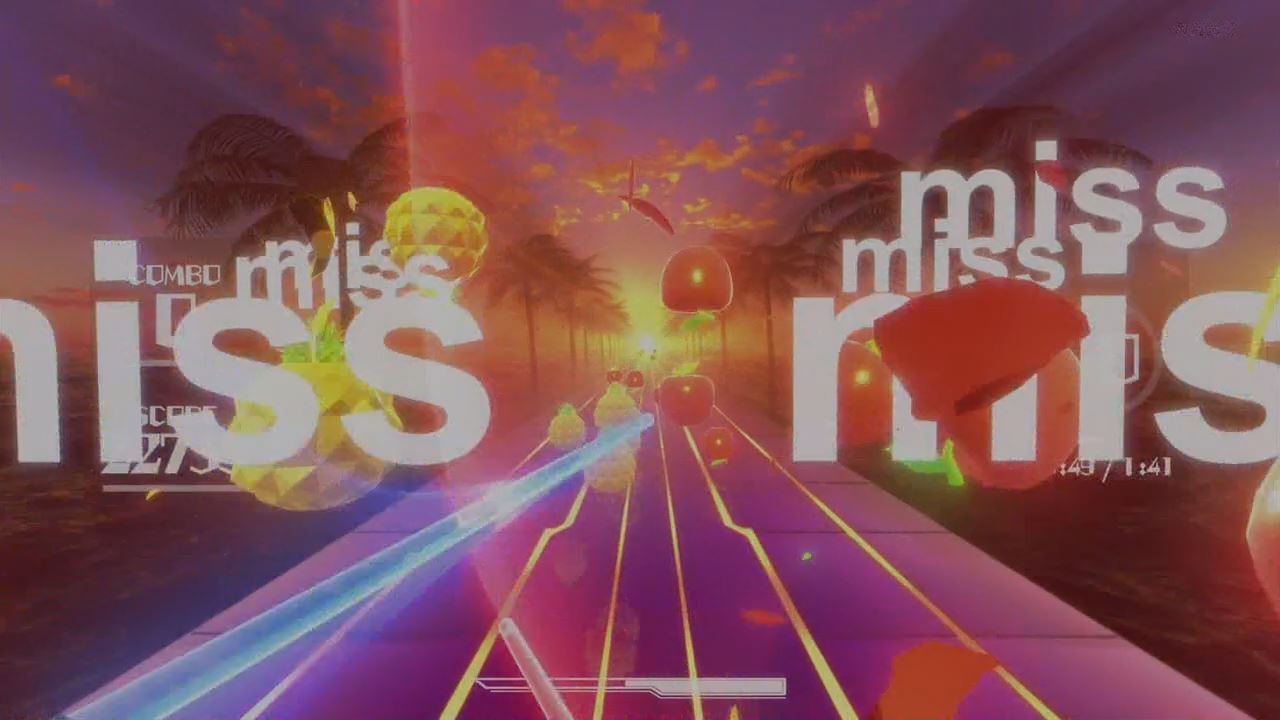 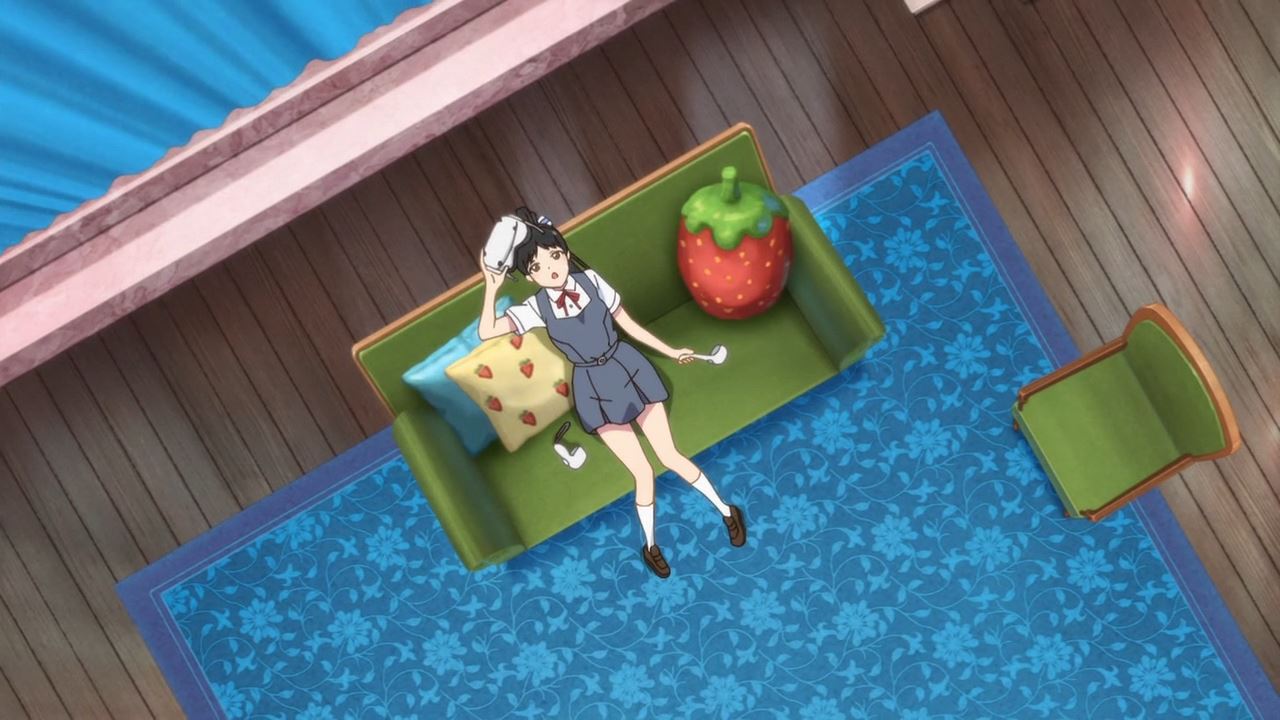 On this episode, Ren Hazuki is playing Beat Saber (or rather an expy of it) as it appears that the student council president… is starting to get addicted in playing video games after holding Keke’s modern game console back in Episode 5. I have a bad feeling about this! 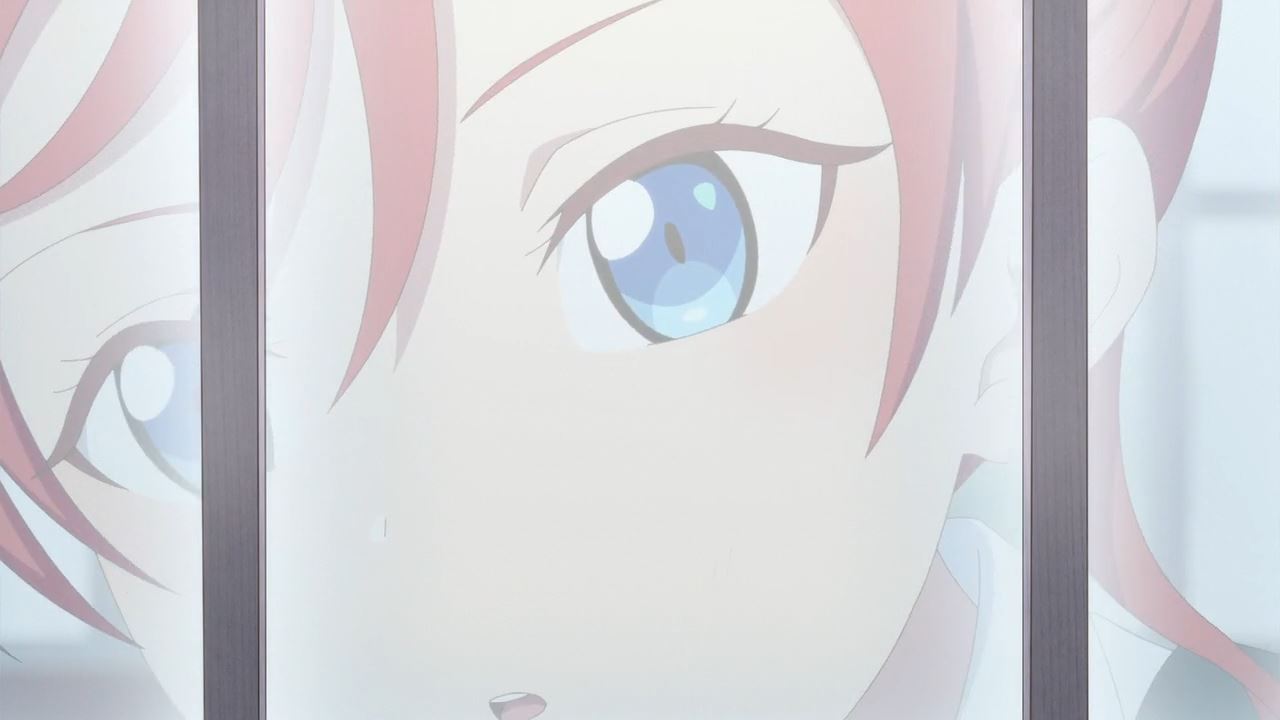 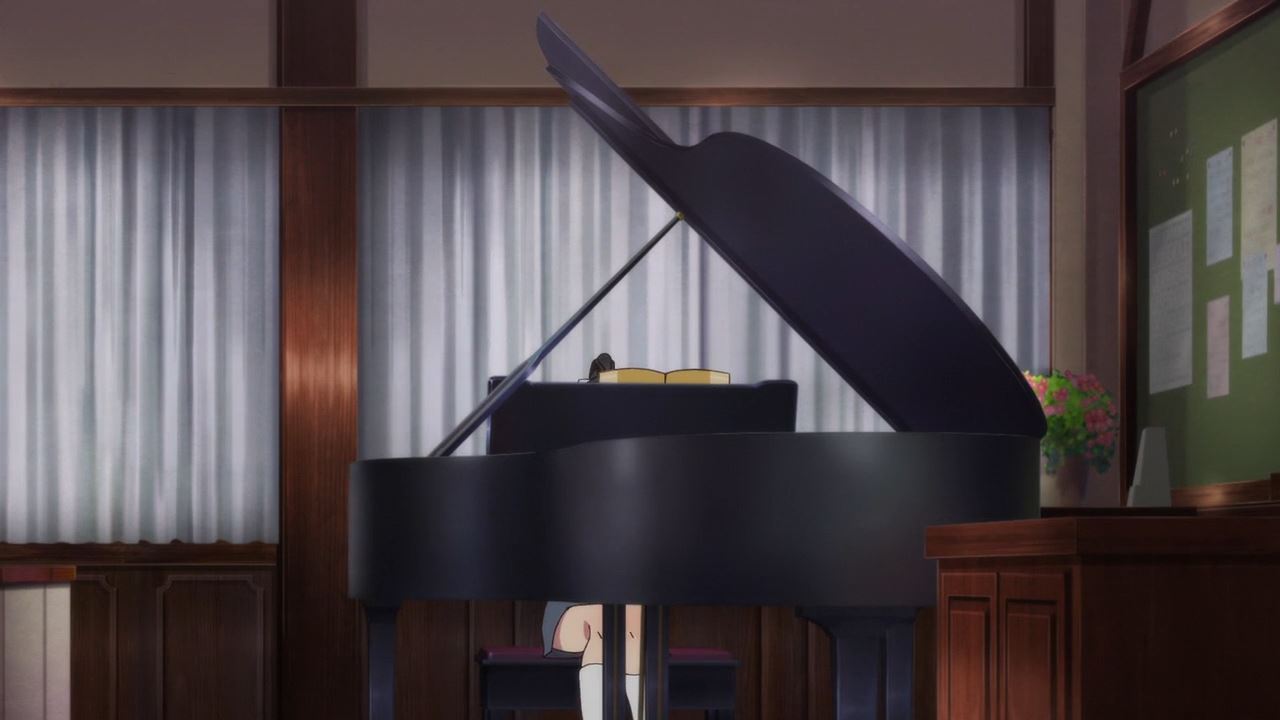 Now then, here’s Mei Yoneme where she saw Ren Hazuki playing the piano at the music room. Hmm, I smell something suspicious… 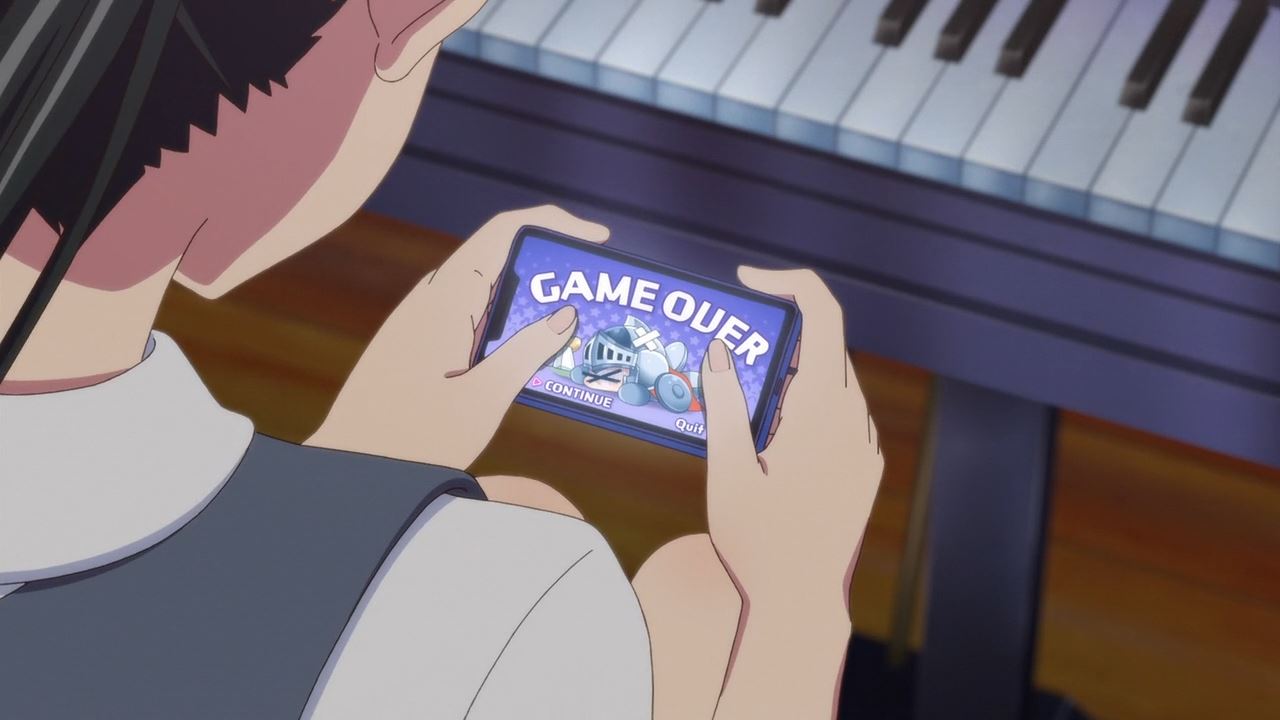 Well, Ren is playing a mobile game titled Abyss King: Puni Road where she’s struggling to beat that one boss. You know what, I think Hazuki should run away as soon as- 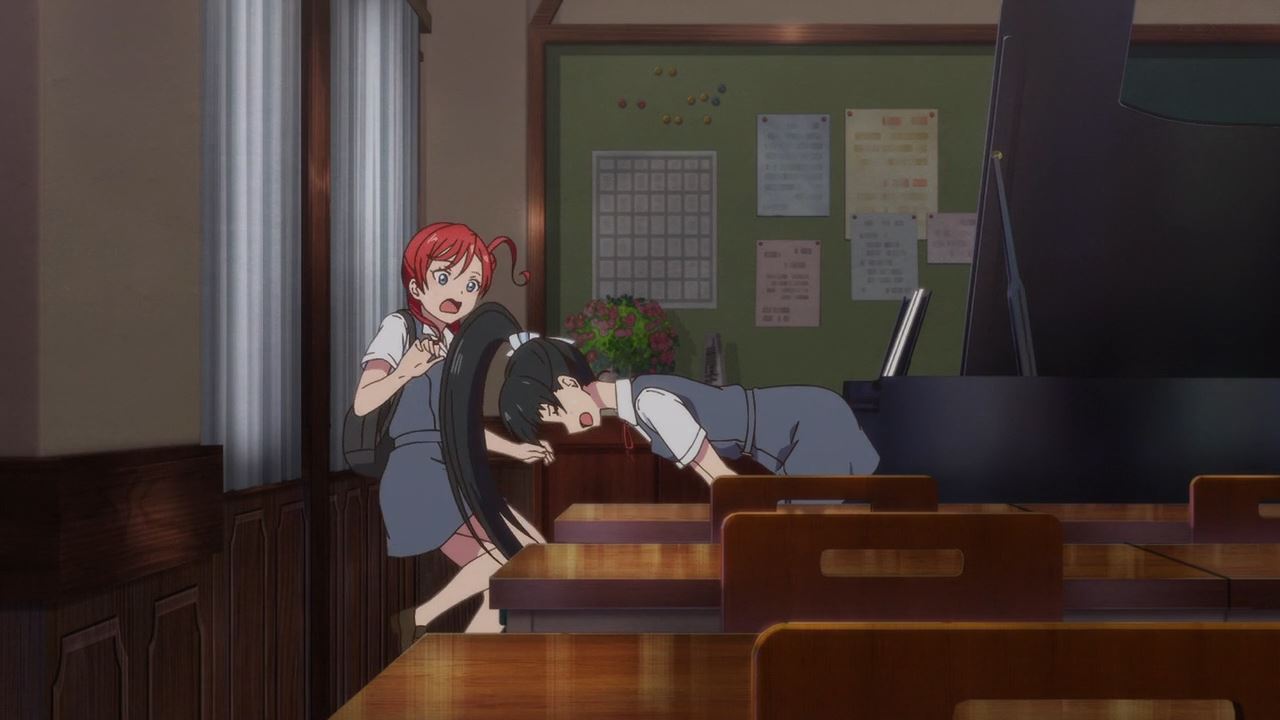 Oh wait, too late! Looks like Ren Hazuki got busted by her own kouhai as she told Mei Yoneme to keep quiet about her gaming addiction. Then again, it’s not like she’s playing a few video games… right? 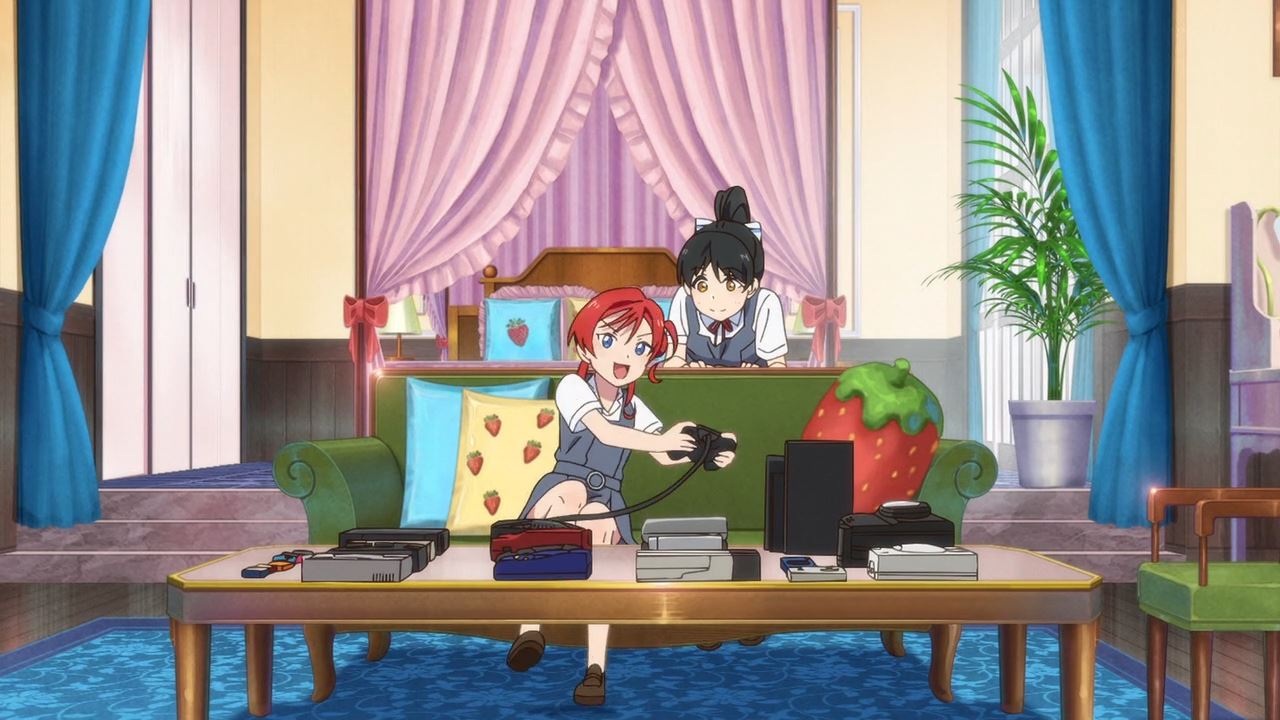 Well, turns out that Ren’s father got really excited in his daughter’s new passion that he bought lots of retro video game consoles… 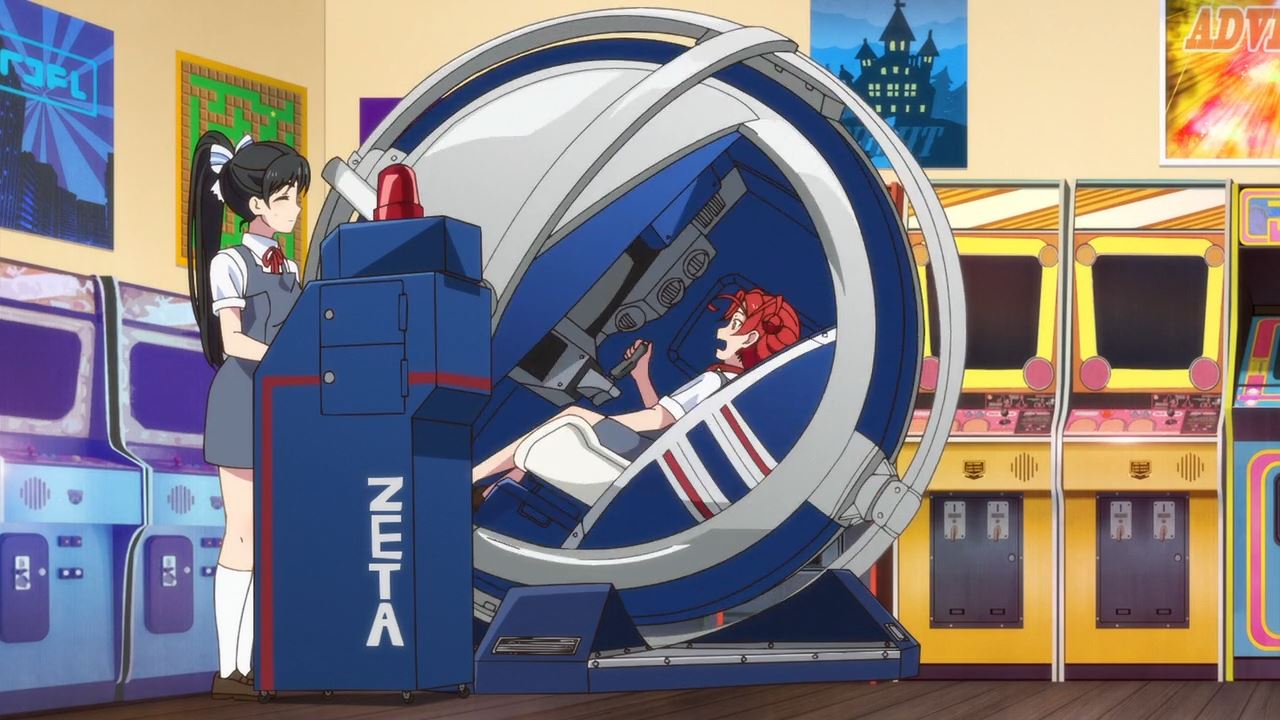 …including this rare G-LOC: Air Battle R360 arcade cabinet from Sega (or Zeta). If only Ren’s father would fund the entire Yuigaoka Girls’ Academy instead of buying lots of video game consoles. 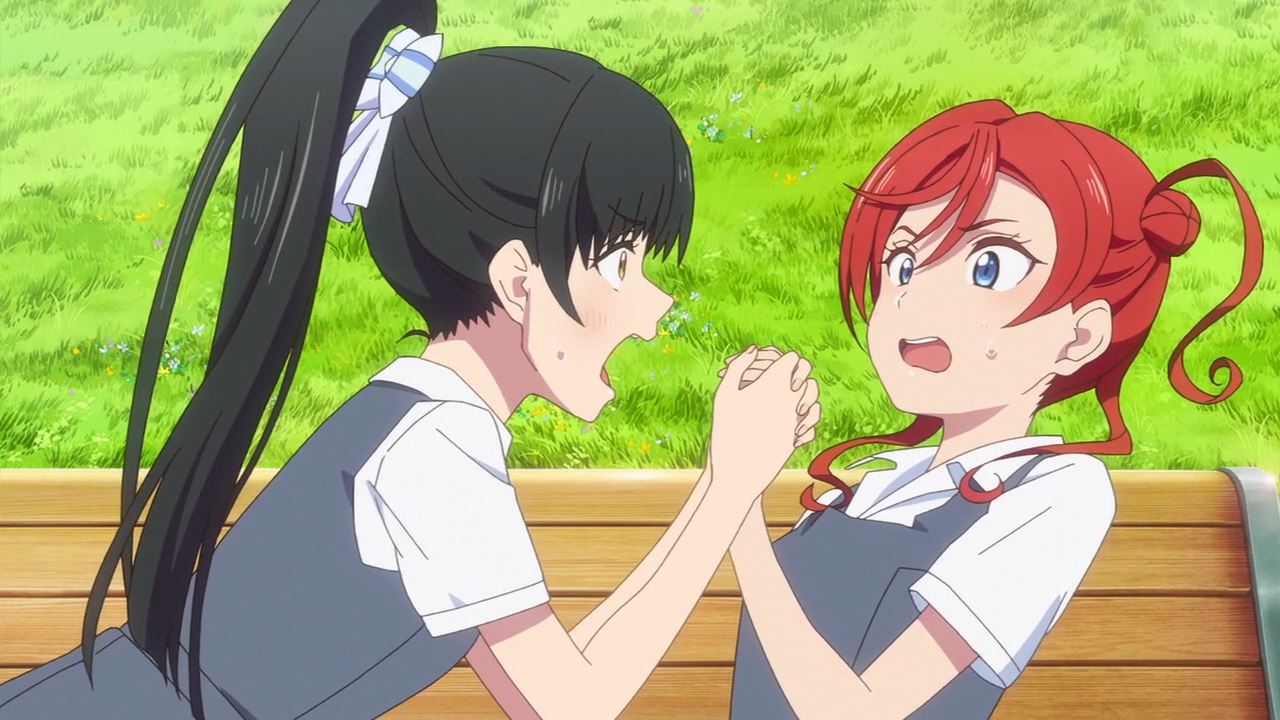 Still, Ren Hazuki is really paranoid that her fellow clubmates might see her secret, so she begs Mei Yoneme to keep everyone in the dark about her gaming addiction. 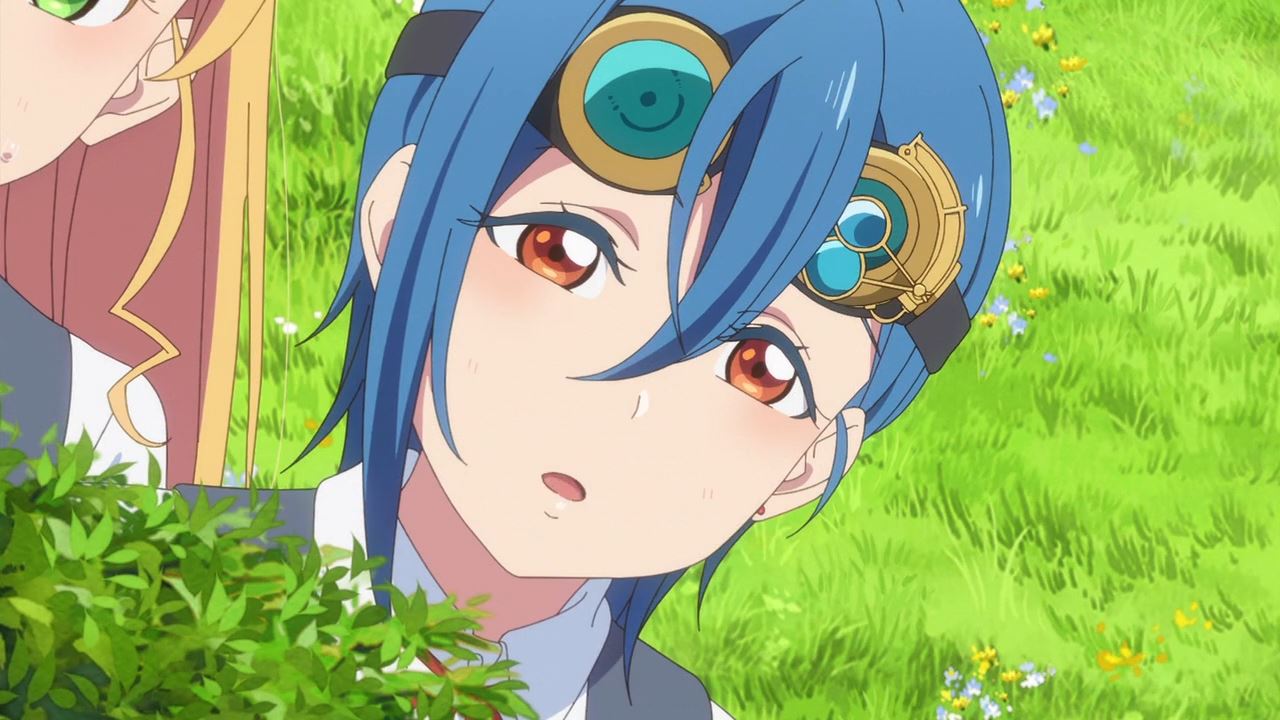 Then again, some of the school idols see it differently with Shiki Wakana call it love since Ren and Mei are holding hands. She maybe right, but it’s also wrong ’cause they’re not in an intimate relationship… yet. 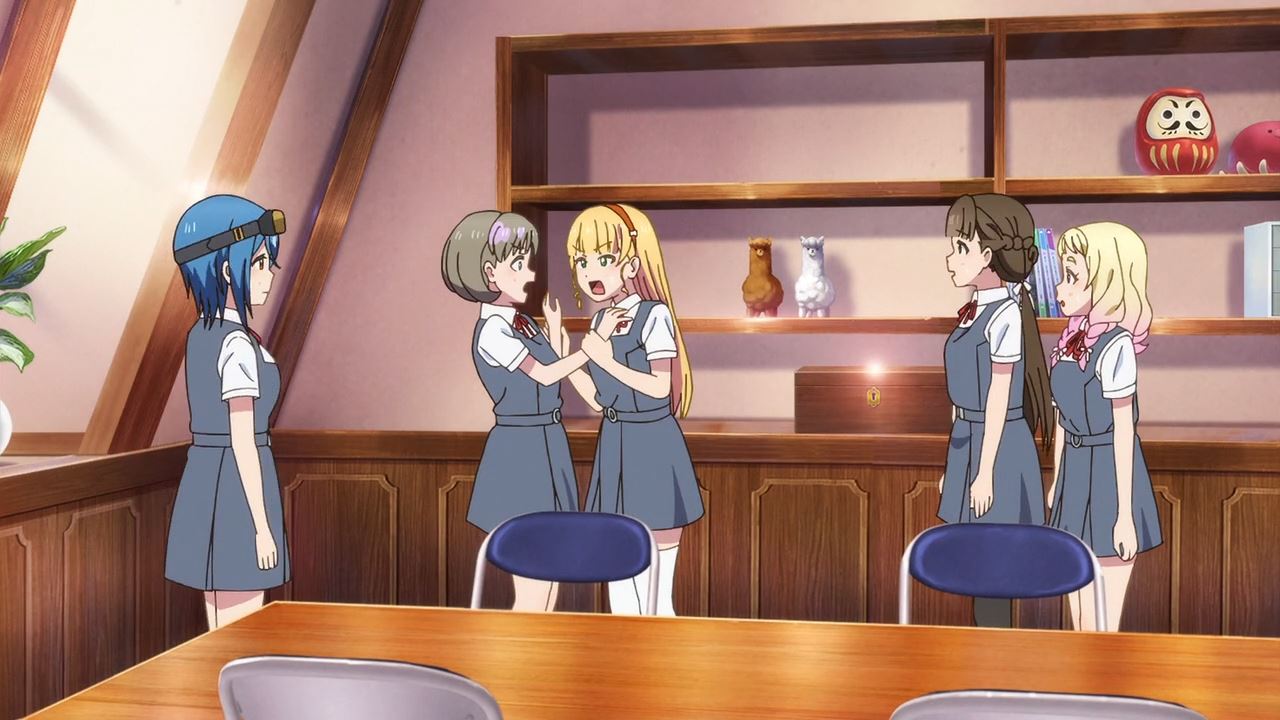 Of course, that doesn’t stop the girls from creating a misunderstanding where having intimate relationships are bad.

Poor Liella, I’m hoping that Ren and Mei will clear up some misunderstandings. 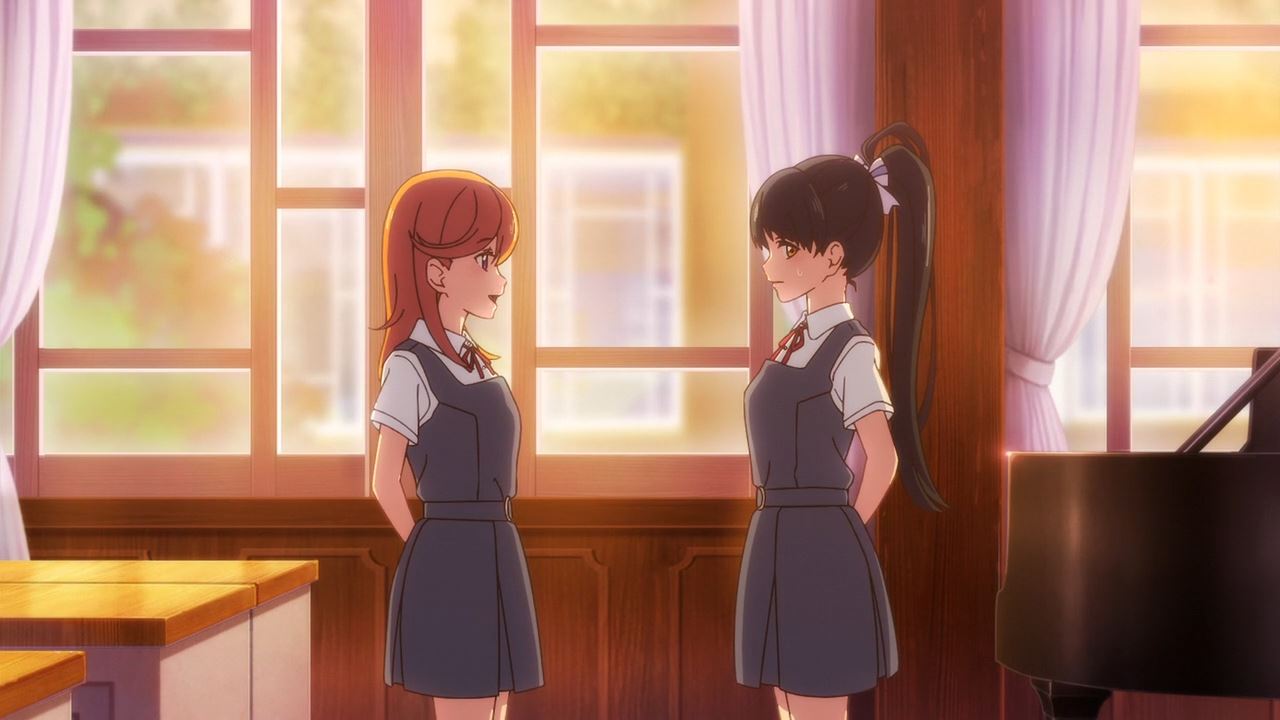 Speaking of Ren Hazuki, here’s Kanon Shibuya where she wants to become a vice-president from the student council. The reason for it is because Kanon is worried that Ren is not getting some sleep, although you have to blame for her gaming addiction. 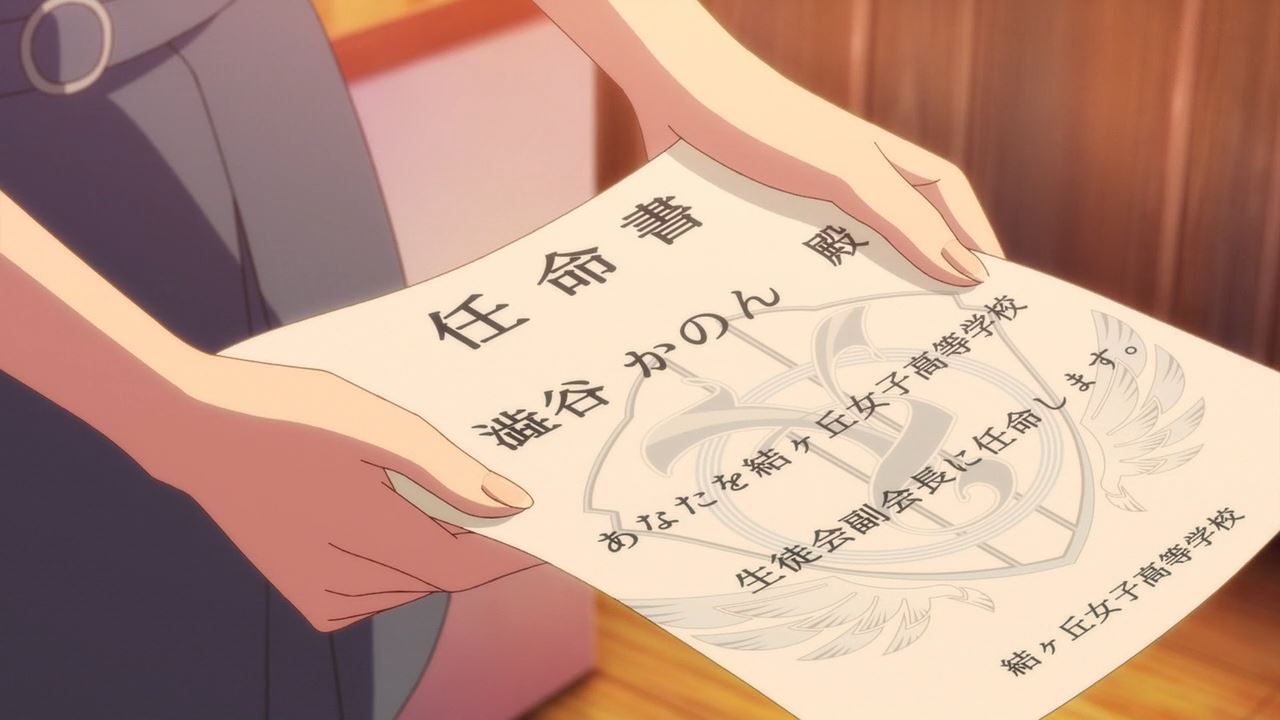 Oh yeah, here’s her application where Kanon Shibuya wants to become the vice-president. You know what, I think it’s time for Ren Hazuki to spill the beans instead of becoming a disappointment for Kanon. 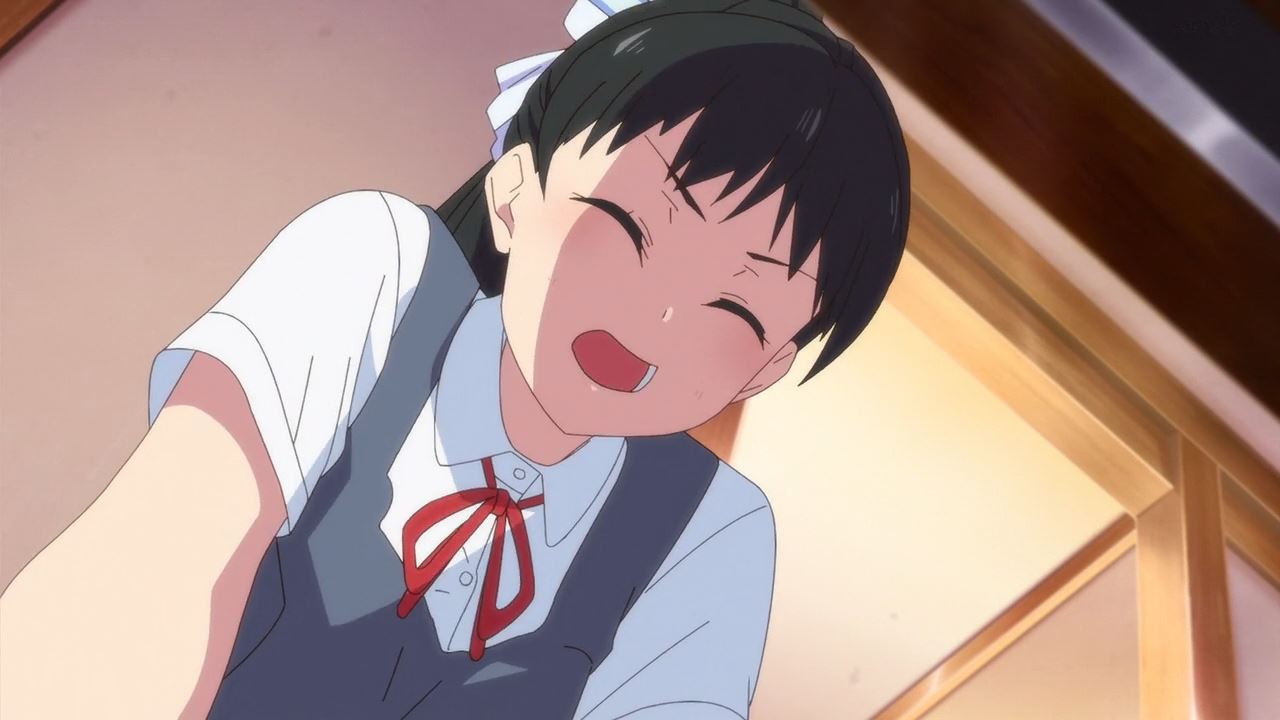 And so, Ren Hazuki told everybody that she’s addicted to playing video games ever since she got a hold of Keke Tang’s portable video game console.

Of course, she’s worried of being ostracized by her fellow school idols because of her addiction. 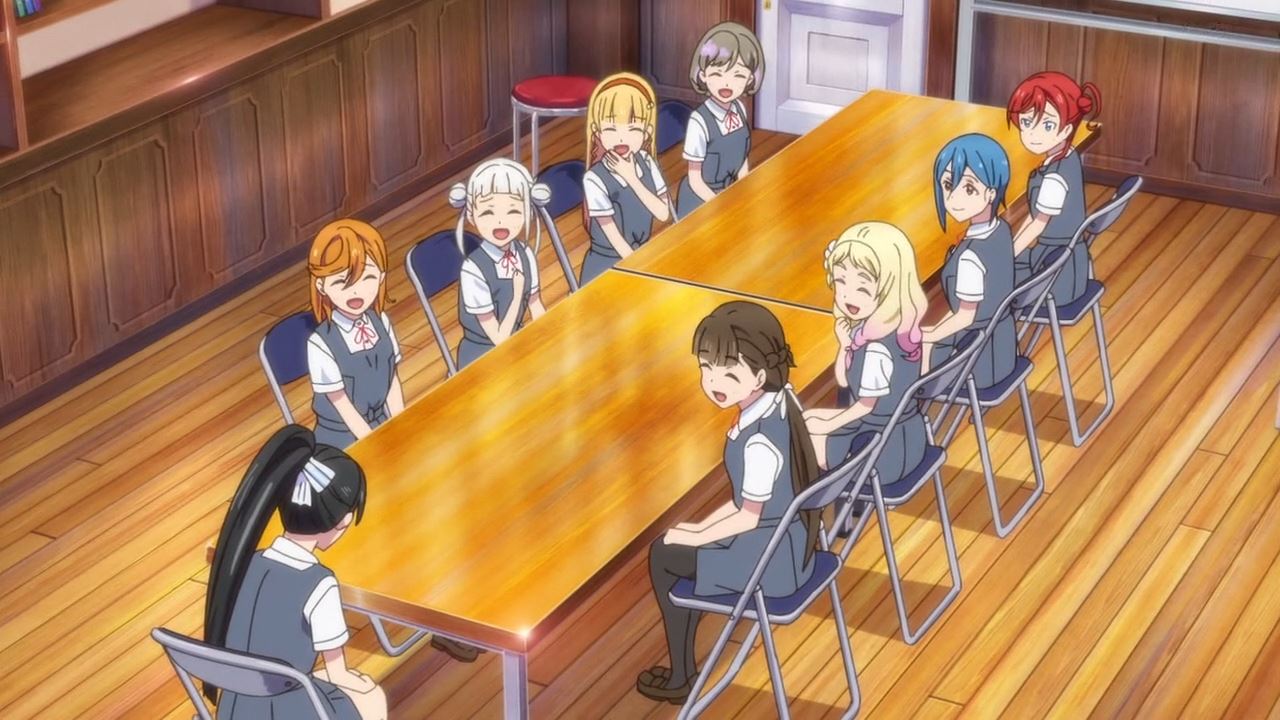 However, looks like they got a laugh at it as Kanon Shibuya and the rest aren’t mad or feeling disappointed towards Ren Hazuki. 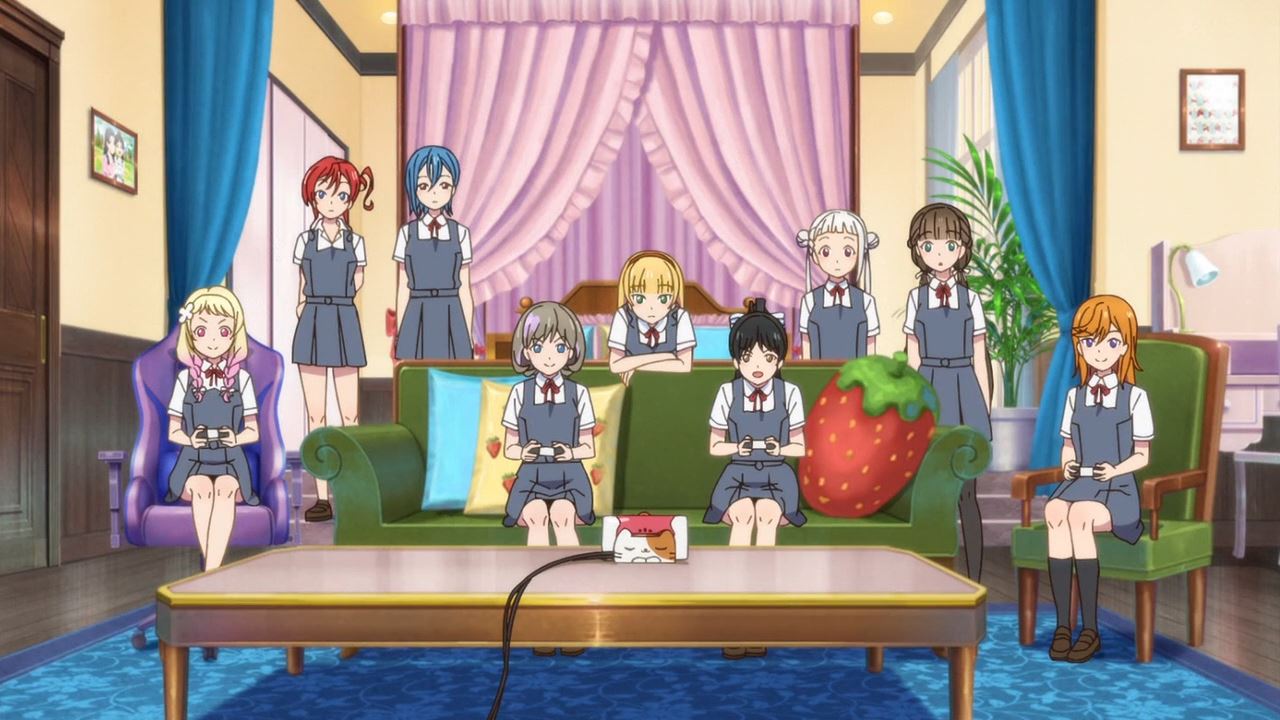 Anyways, it’s time for Ren Hazuki to invite her clubmates to her mansion to play PuniPuni Hunter. Let’s hope that they can beat the boss so that Ren can compose the song for the upcoming Love Live! competition. 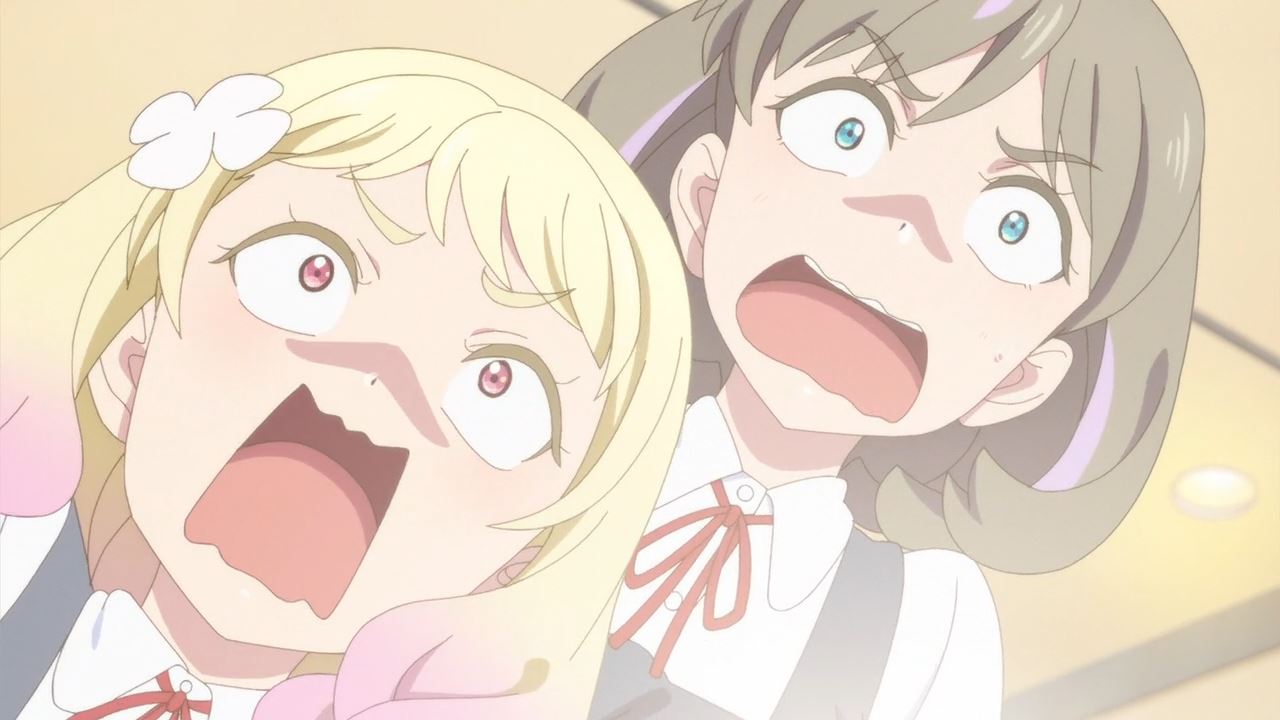 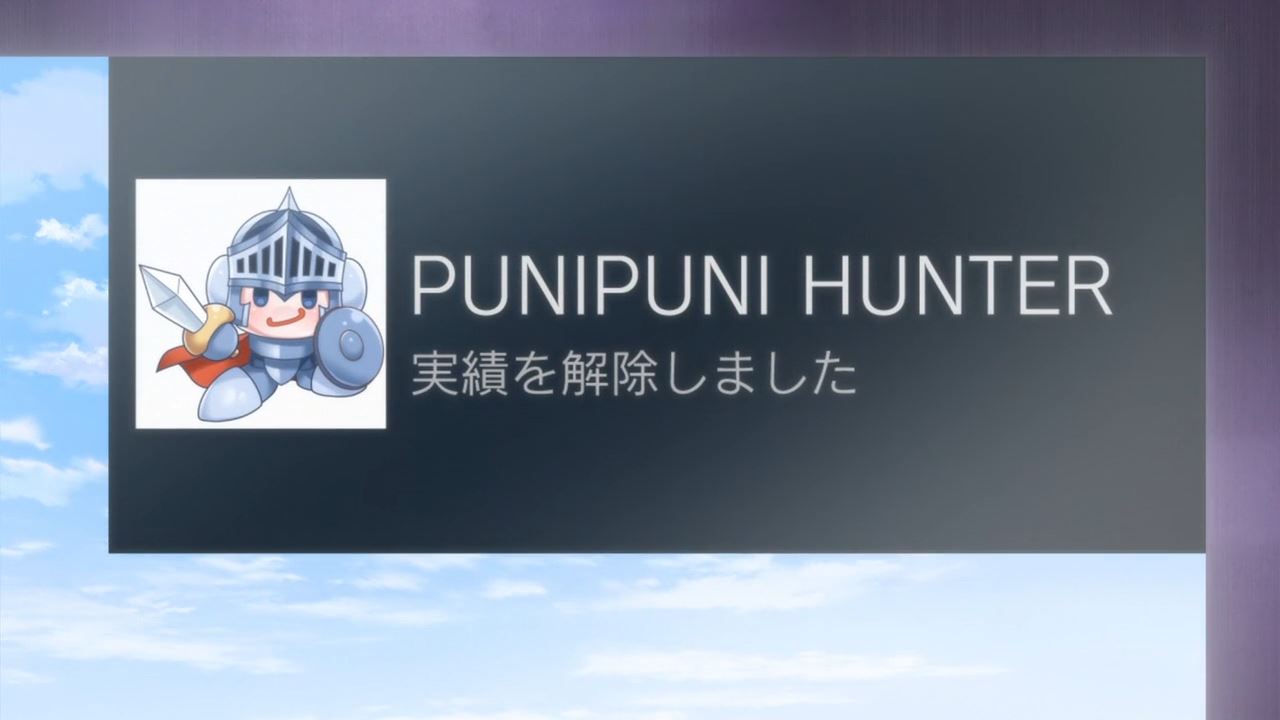 Fortunately, looks like Liella has managed to beat the final boss thanks to their efforts. Gotta say that they went from being school idols to gaming idols. 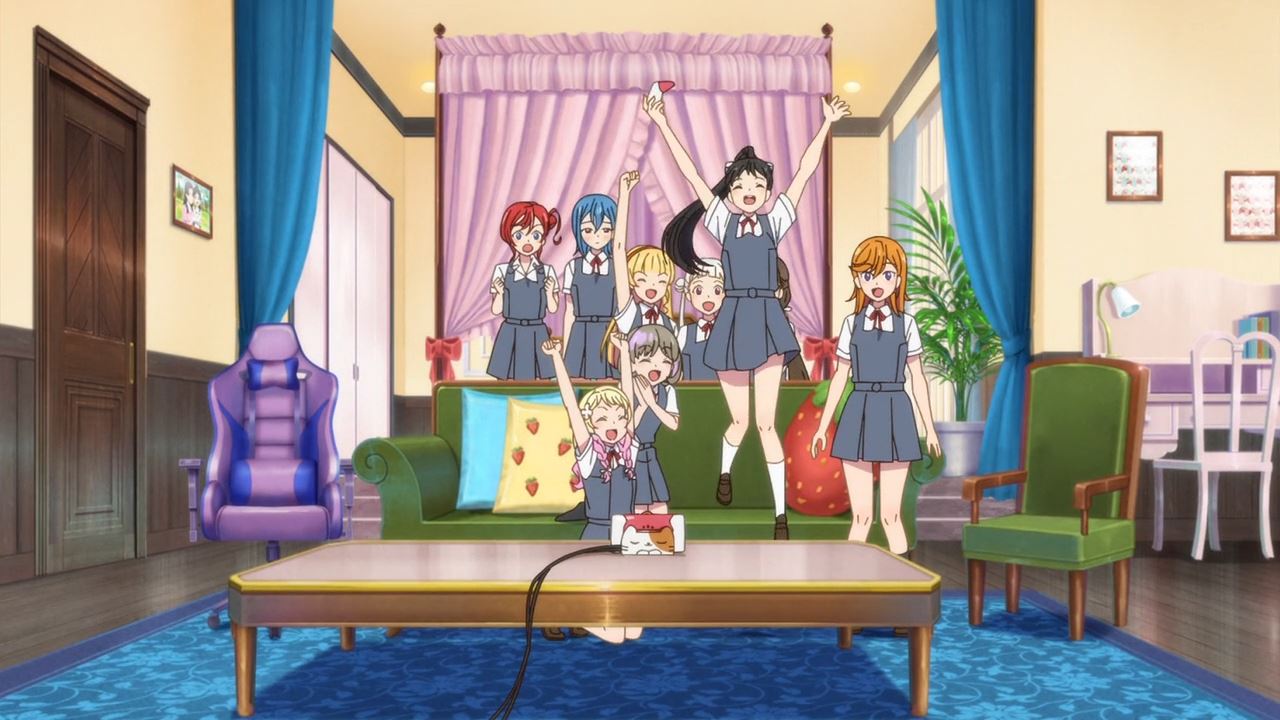 In any case, Ren Hazuki’s gaming addiction is solved thanks to Liella’s efforts, although Kanon Shibuya saves Ren from becoming a toxic gamer!

So while everything is fine and dandy, the next episode of Love Live! Superstar!! Season 2 will air in September 11. Anyways, glad that Ren Hazuki is back from being a respectable student council president and school idol.