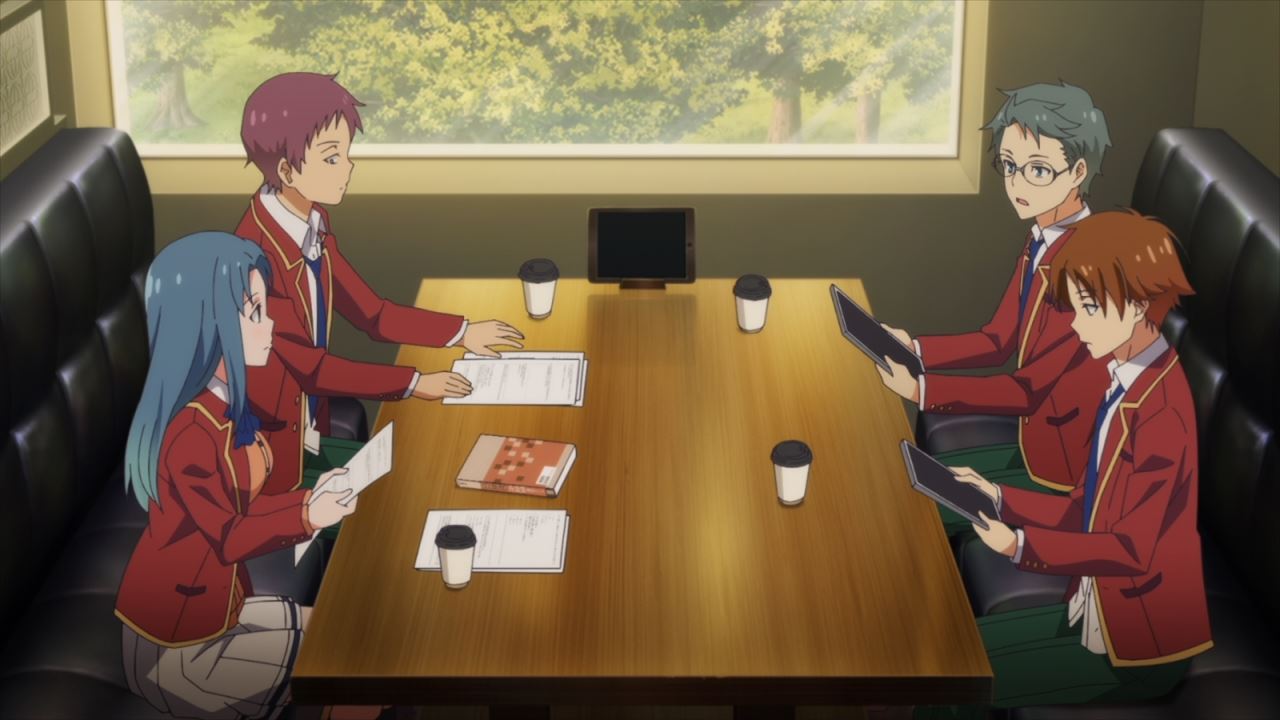 Well everyone, Kiyotaka Ayanokouji and his mates are continuing their study session at a family restaurant. After all, it’s crunch time as the Paper Shuffle tests are fast approaching. 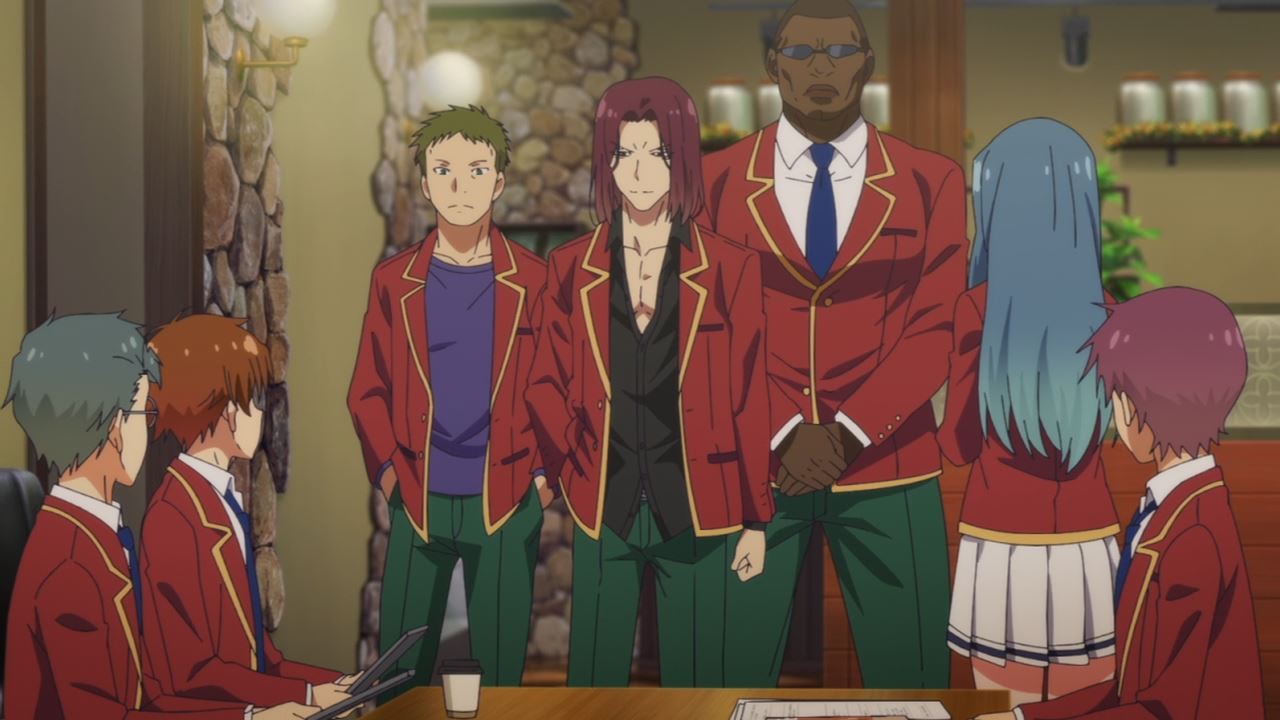 But then, Kakeru Ryuuen and his posse barge in where he’s sniffing for someone who’s ruining his plans.

However, he decides to let them go for now ’cause Kakeru doesn’t find anyone that stood out. All I can say that it was a close call from Kiyotaka where the head honcho of C-Class might chew him out at any given time. 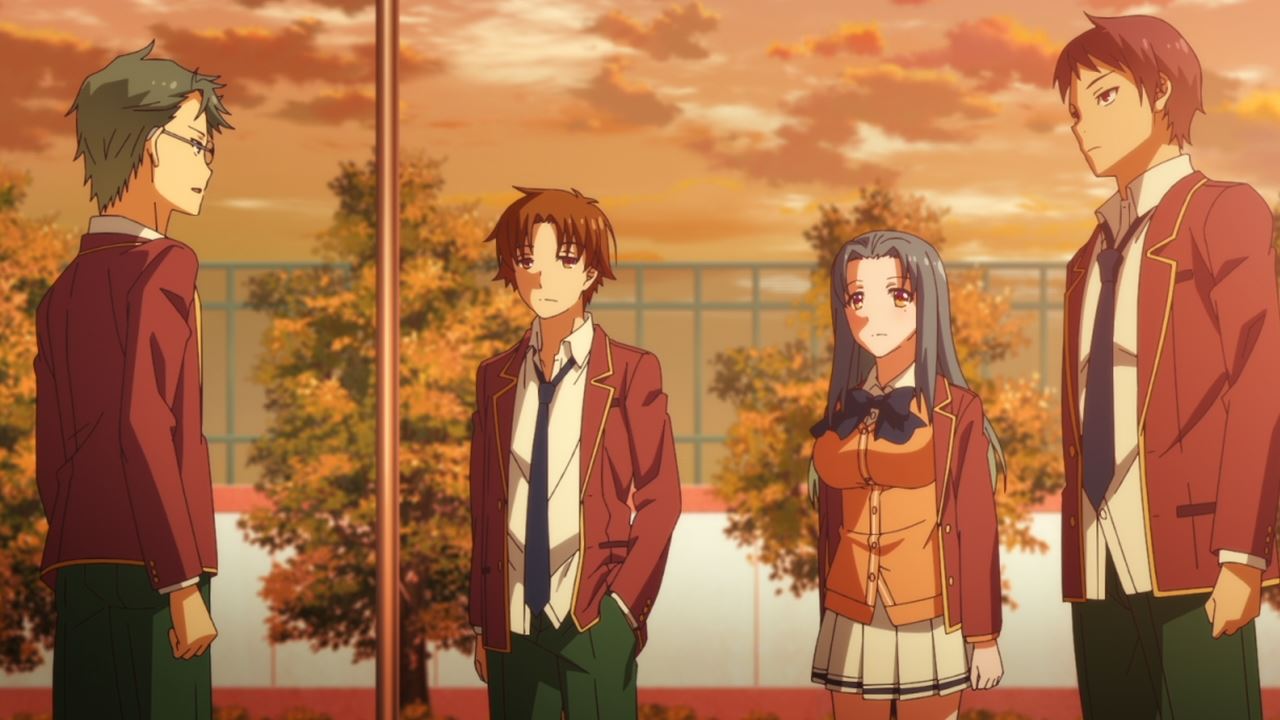 By the way, looks like an alliance was formed where they want to call themselves by their first name, although Teruhiko Yukimura wants everyone to call him as Keisei as Yukimura reminds him of his mother who abandoned him, hence he hated his given name Teruhiko. 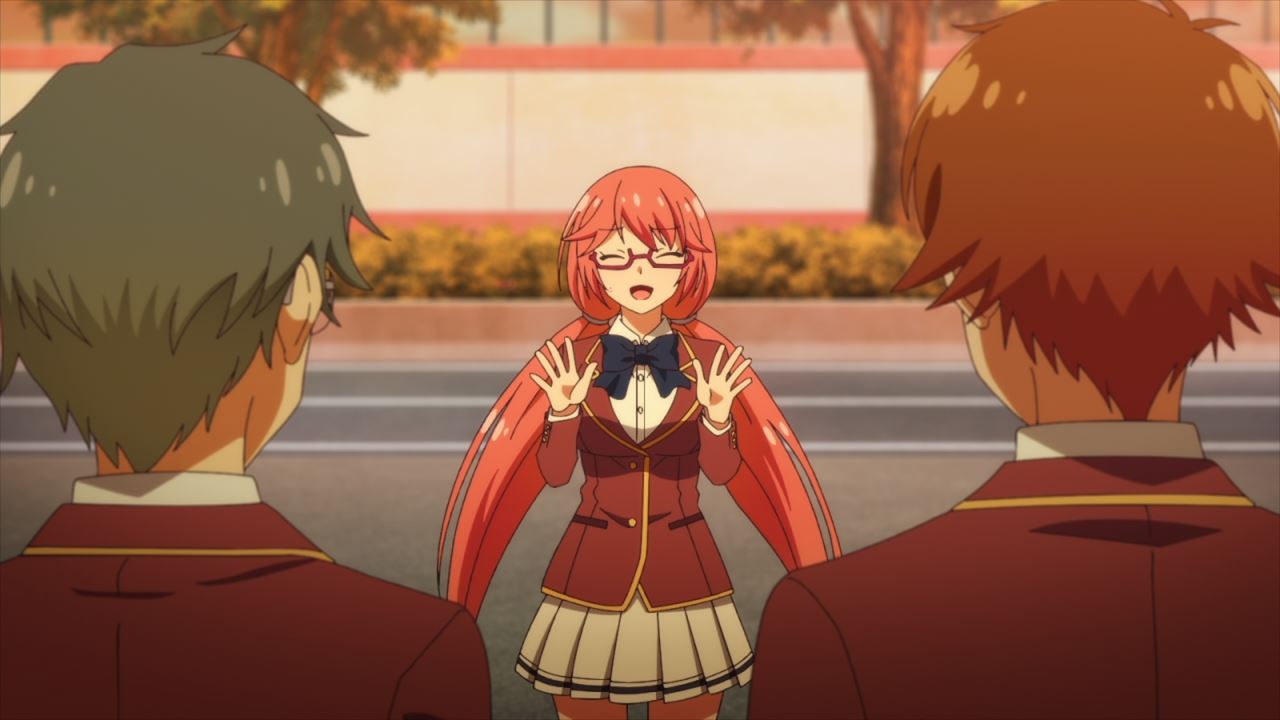 Oh yeah, I forgot about Airi Sakura where she wants to join the group too. After all, Kiyotaka Ayanokouji rescued Airi from some stalker back in Season 1. 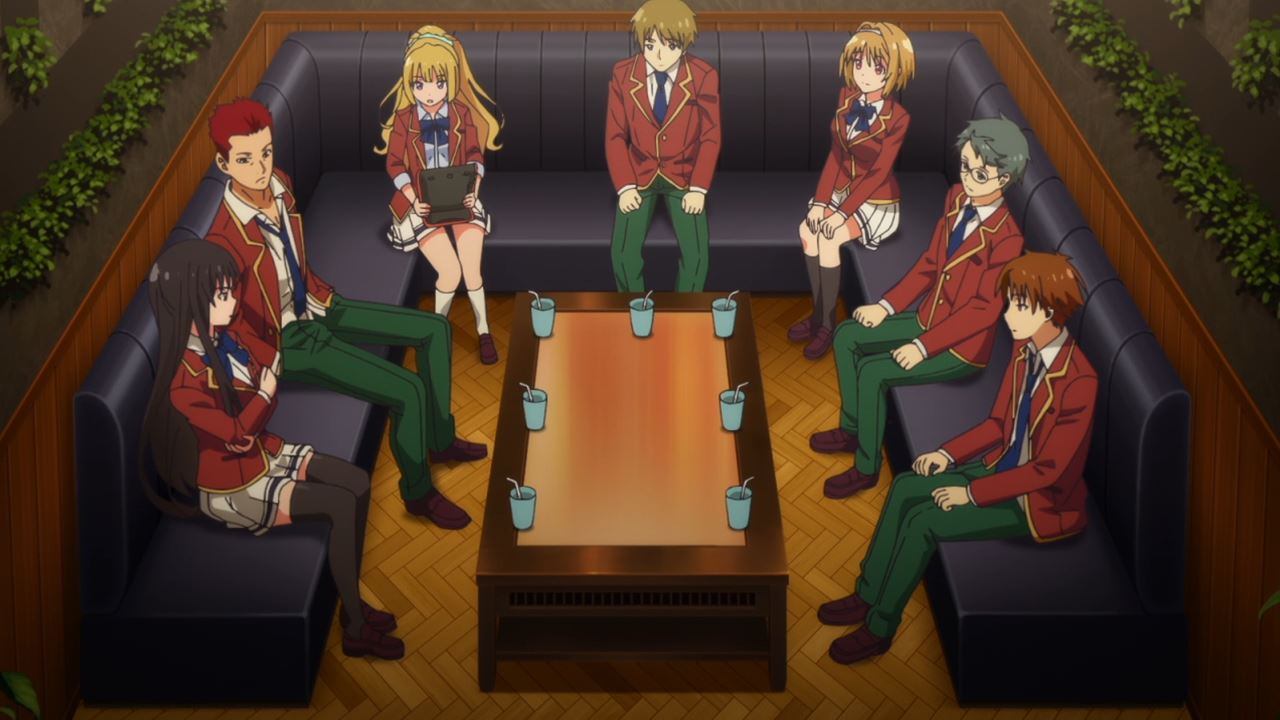 Let’s move onto the next scene where the D-Class students went to the karaoke bar to relieve some stress… by singing.

Of course, Ms. Uptight Class Representative Suzune Horikita told everyone that they’re here to study, not to fool around. Looks like a certain Kikyou Kushida got really pissed over Suzune for being a buzzkill. 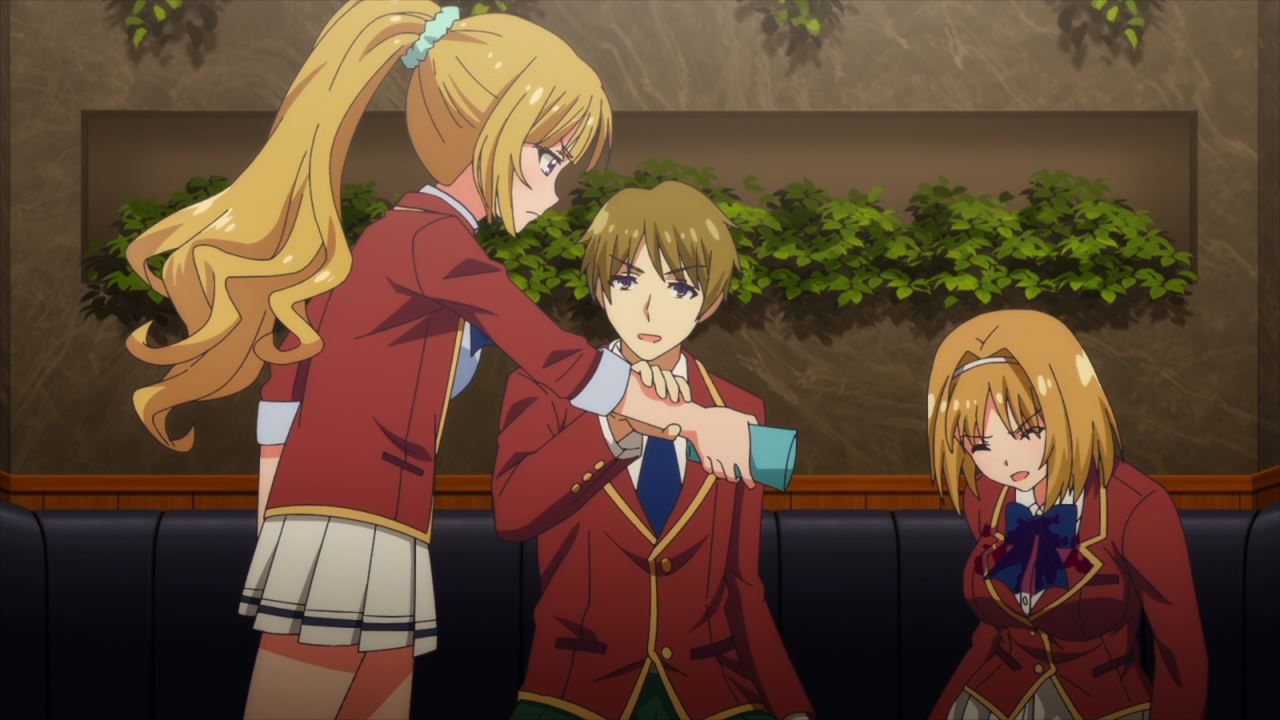 But speaking of Kikyou, looks like she got drenched by Kei Karuizawa where she got really mad towards Kushida all of a sudden.

Don’t worry though as Karuizawa will clean Kushida’s uniform, although Kikyou will have to vent her angry to Kei at some point. 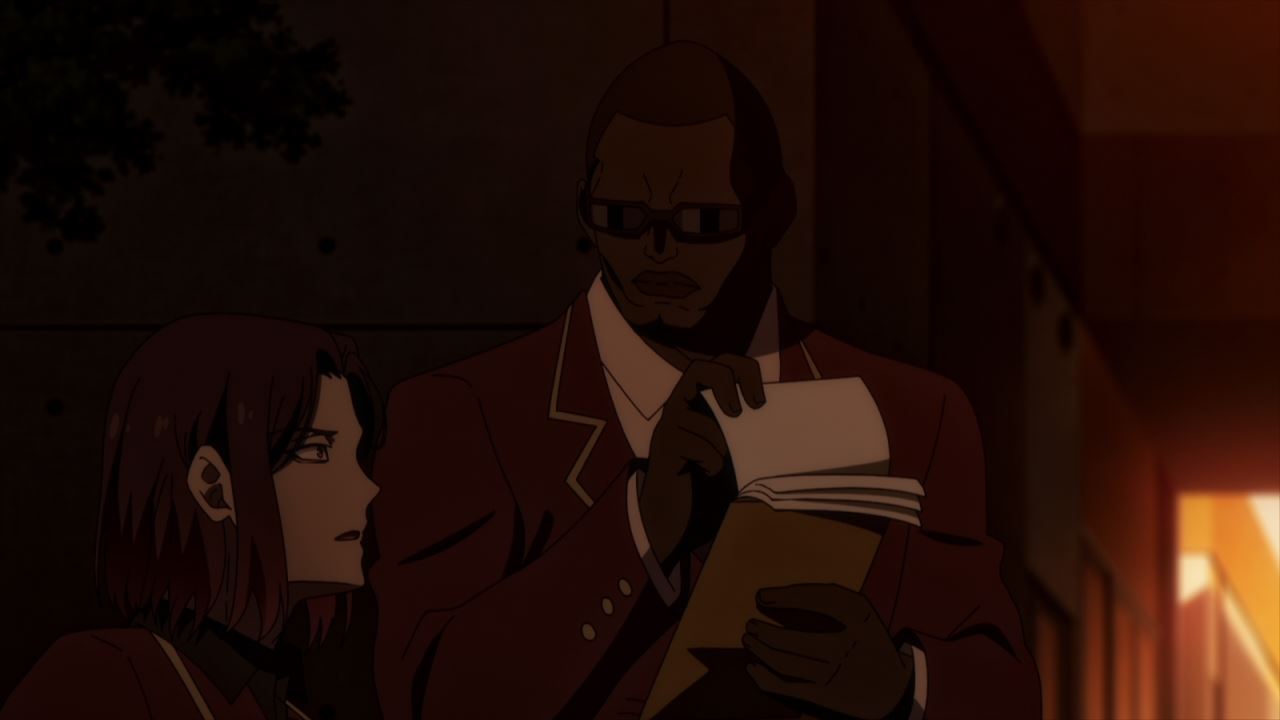 But let’s return to Kikyou Kushida where she gave the question sheets intended for her own class to Kakeru Ryuuen.

Sure that C-Class might prevail in the Paper Shuffle tests, but Kushida will do anything to destroy both Horikita and Ayanokouji. 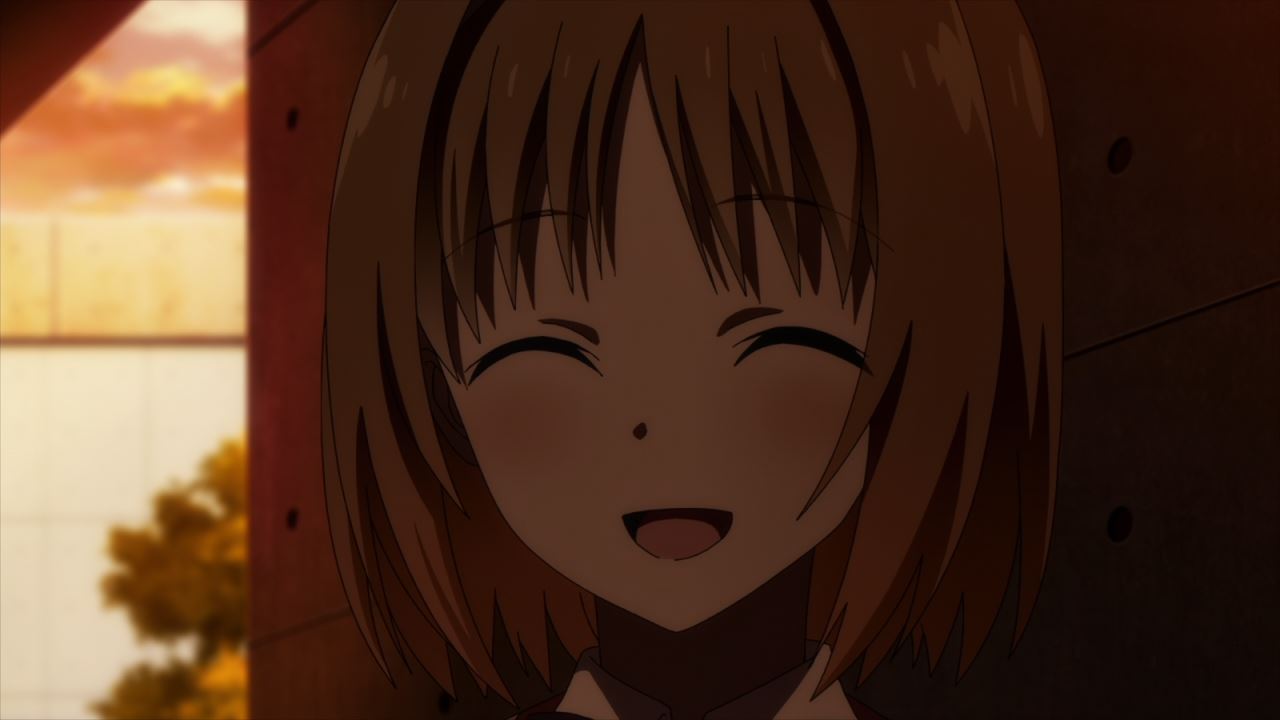 In any case, Kikyou is pretty confident that she’ll have a higher score than both Suzune and Kiyotaka. Well, let’s see about that! 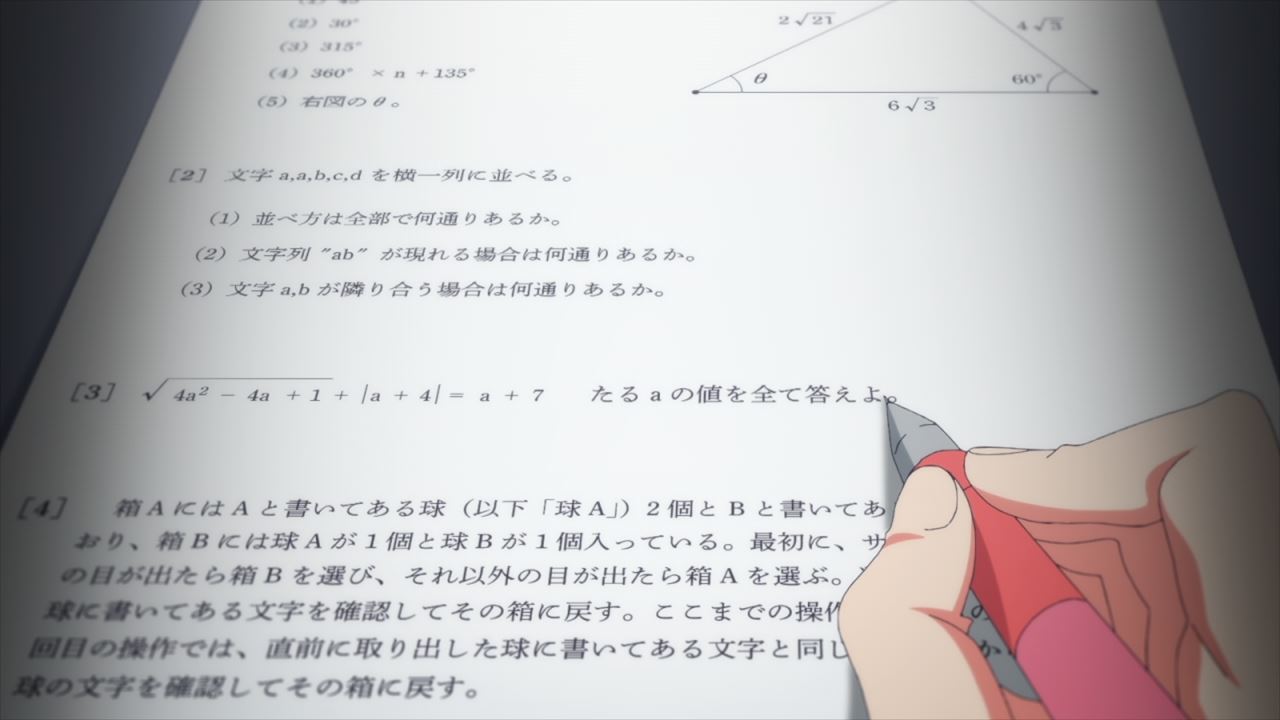 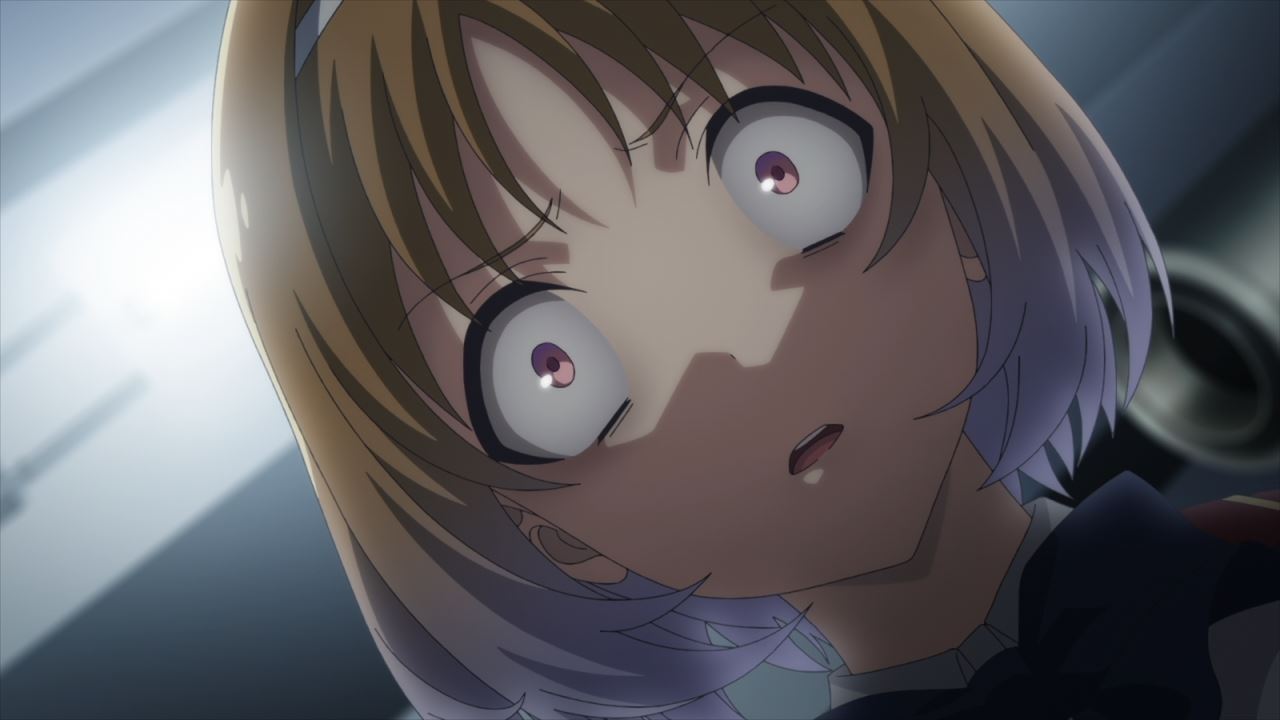 On second thought, it looks like Kushida encountered a problem in her test sheet where the questions are quite difficult. What’s going on? 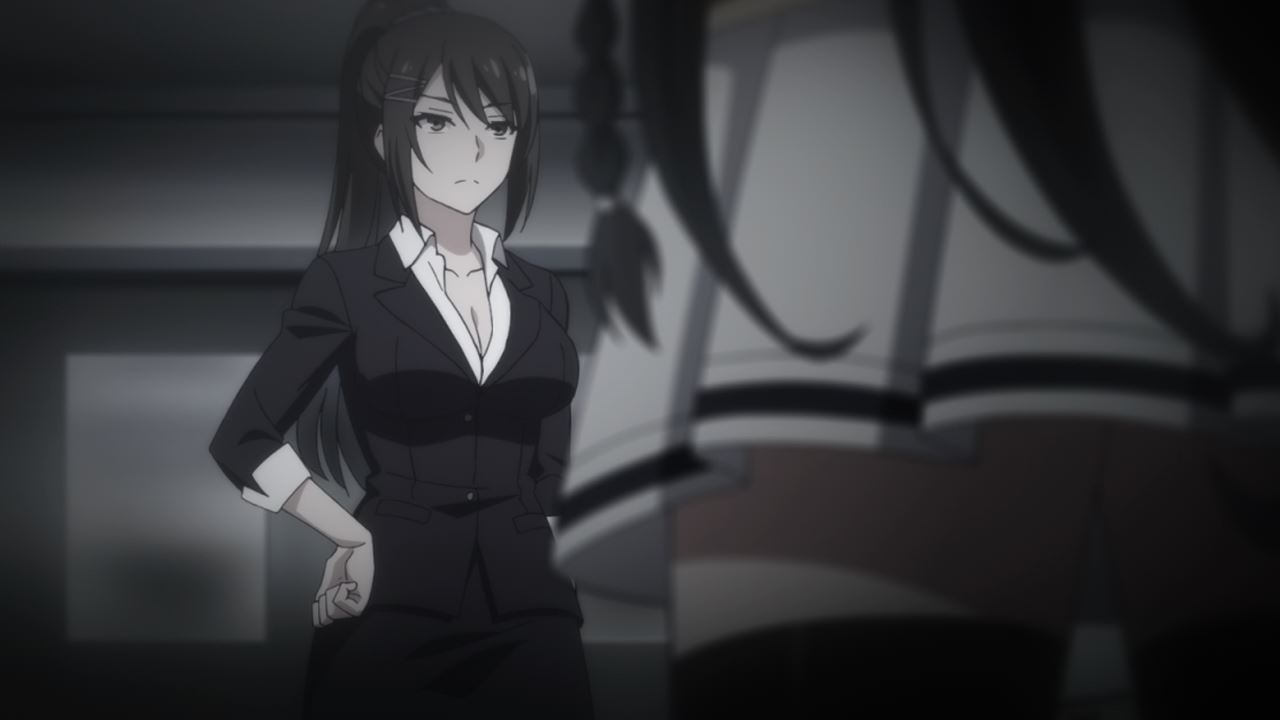 Well, before the Paper Shuffle tests, Sae Chabashira received the custom-made test sheets from one of the class representatives.

While there are chances that those test sheets were swap out by someone else, one of the students anticipate it. 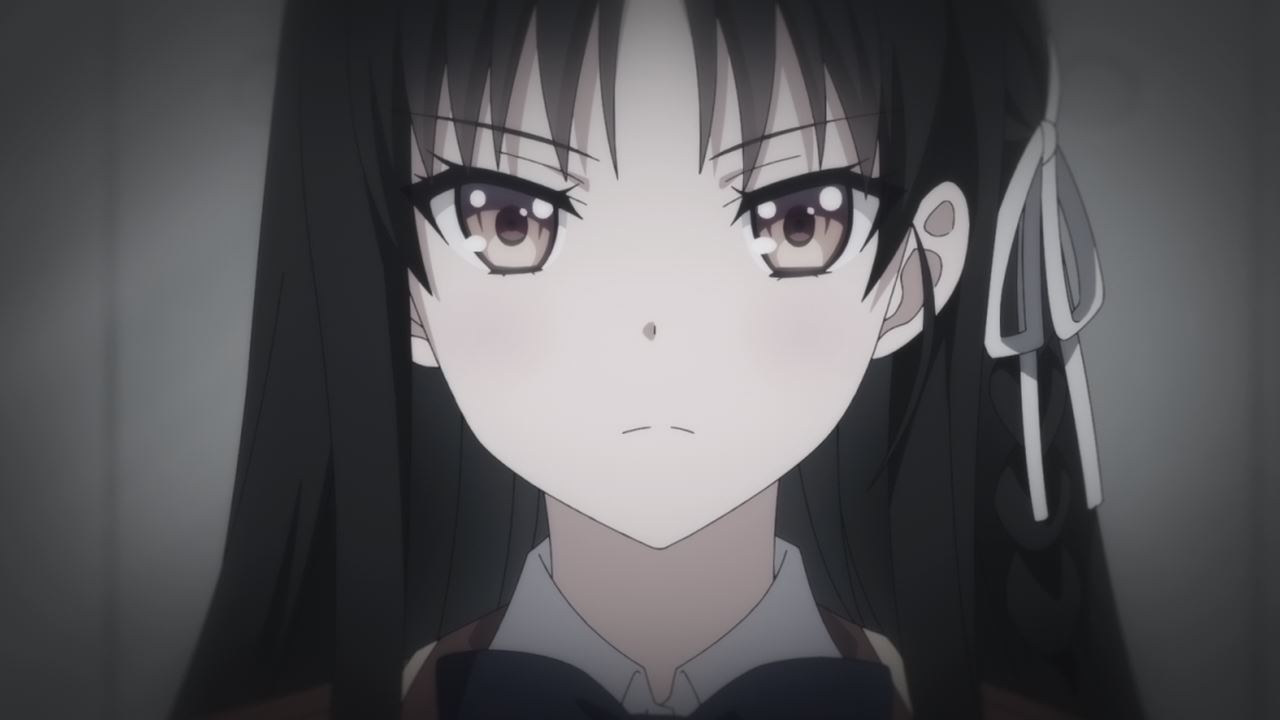 Said student happened to be Suzune Horikita where she submitted her test sheets to Chabashira-sensei before Kikyou Kushida. This means that the test sheets submitted by Kushida (which was actually created by the C-Class students) went to the paper shredder after Sae Chabashira accepted them.

But wait, what about Kei Karuizawa spilling her drink onto Kikyou Kushida back at the karaoke bar? Well, it’s all part of Ayanokouji’s plan to outwit Kushida, it’s not necessary anymore since Horikita did it anyway. 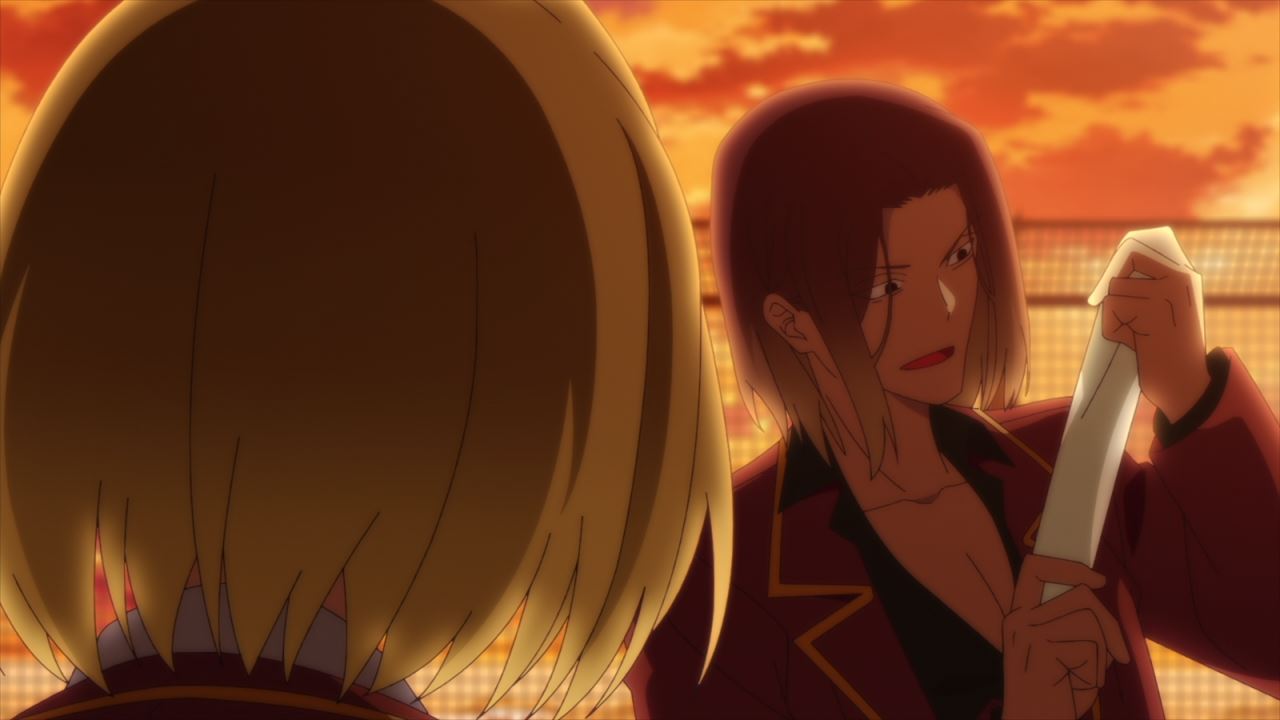 But here’s the insulting part as Kakeru Ryuuen found out that there’s a cheat sheet stuck under Kikyou Kushida’s uniform. Yes, it contains answers from Kikyou’s test sheet, but it seems that someone wants Kushida getting the boot after being caught cheating. To be fair, she wasn’t aware of the cheat sheet until much later.

And here’s the thing though as after Kei Karuizawa got Kushida’s uniform, she slip the cheat sheet inside the jacket once Karuizawa took Kushida’s uniform from the laundry service. Furthermore, it’s revealed that Ryuuen plays a part in ruining Kushida’s plan where he actually alter the questions for her test sheet.

In any case, Kikyou got fucked up real badly in the Paper Shuffle exams as she failed to get a higher score over Suzune and Kiyotaka. 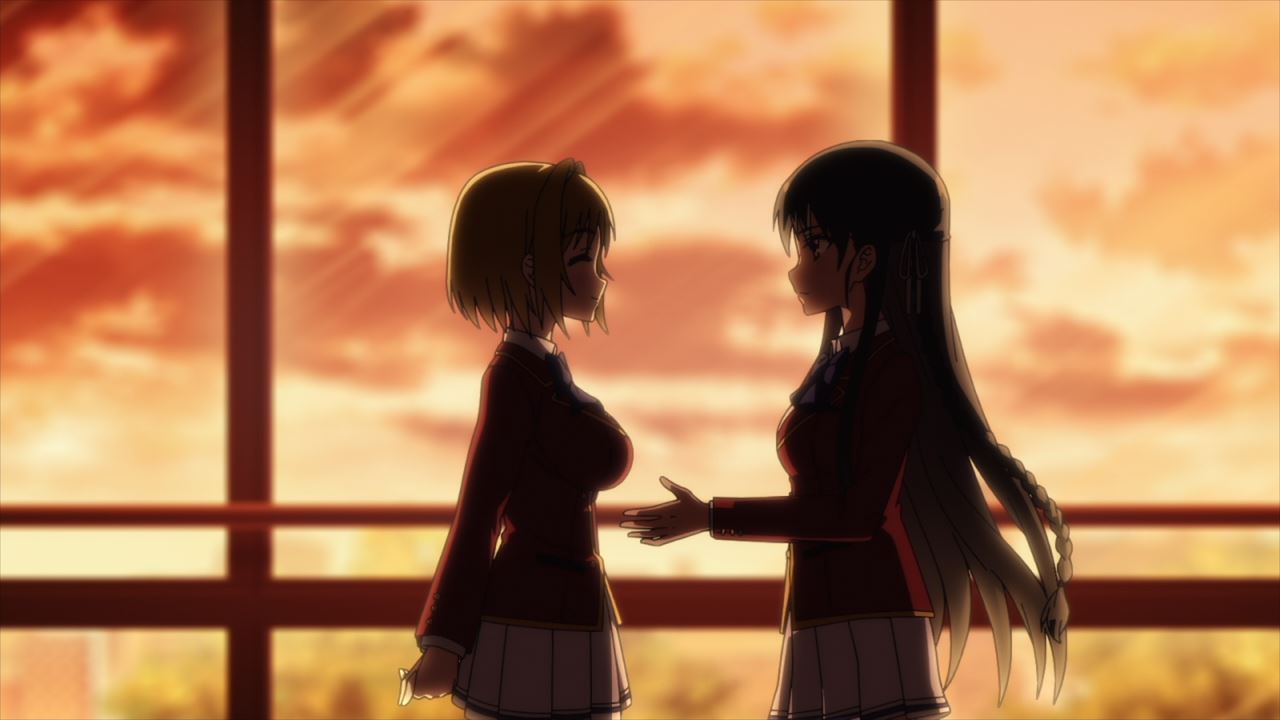 And because of her blunder, both Suzune Horikita and Kiyotaka Ayanokouji won the bet as the former wants Kikyou Kushida to cooperate with D-Class from now on.

While Horikita still has some resentment towards Kushida, Suzune wants to give some trust to Kikyou by offering a handshake. 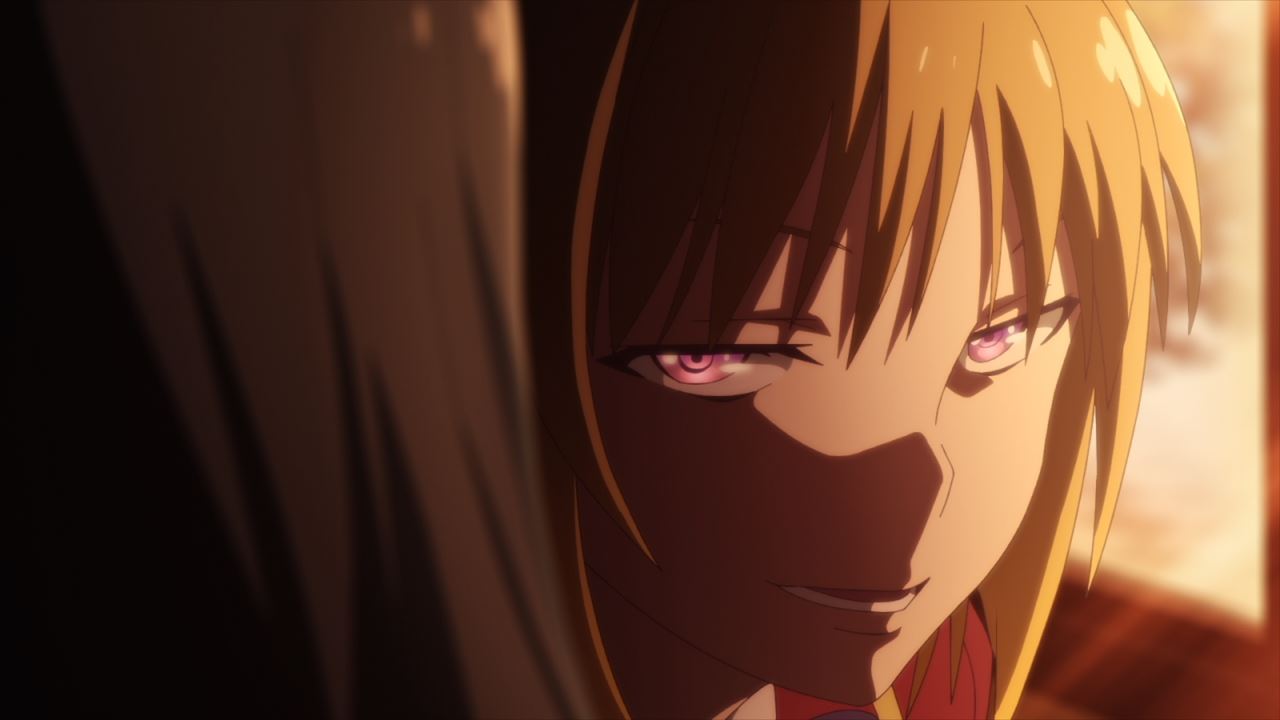 However, she just shrug off Suzune’s handshake as Kikyou won’t bother stopping her anymore, although someone else will try to stop the mastermind of D-Class. 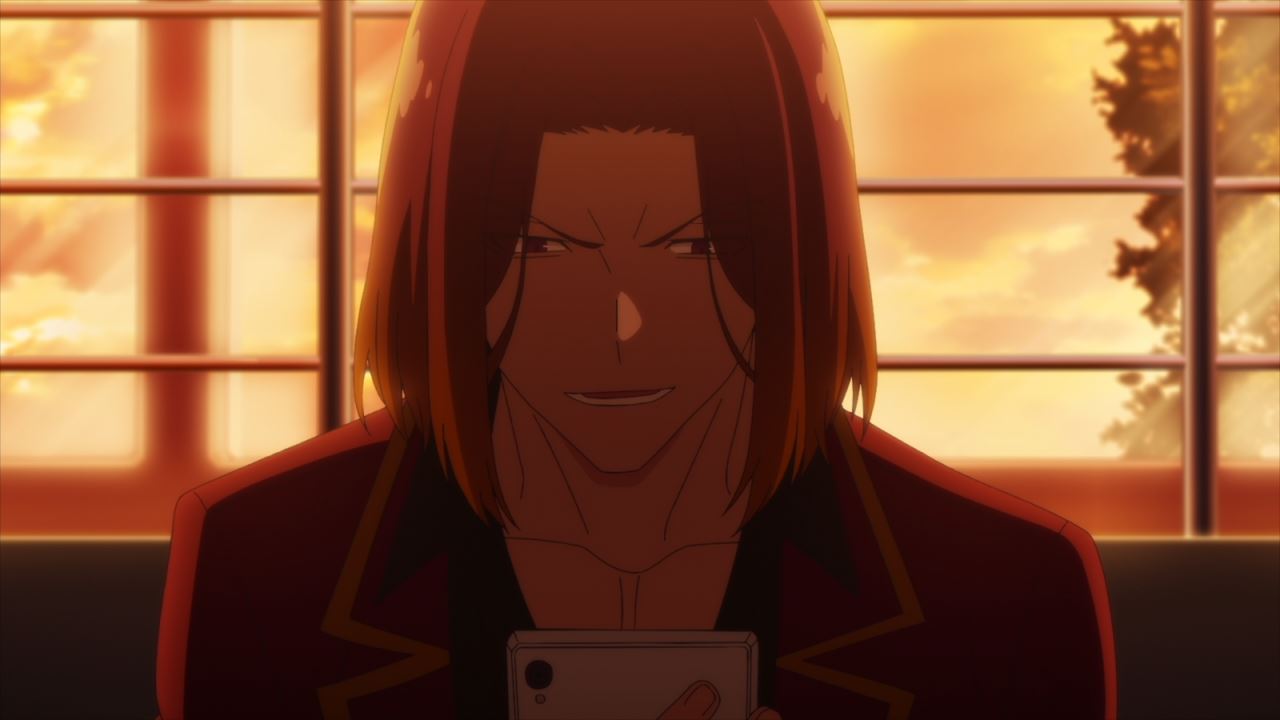 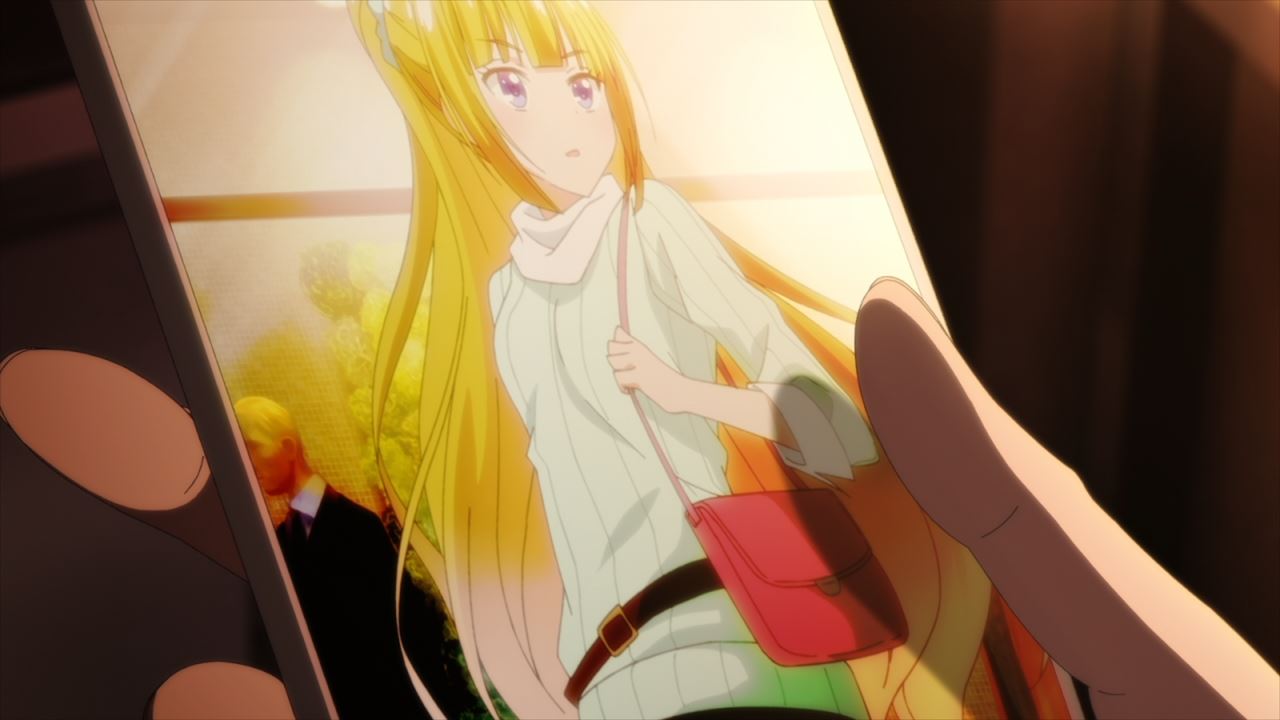 …like targeting Kei Karuizawa where Ryuuen and his posse will break her, both physically and mentally.

Stiil, given that Ayanokouji is protecting Karuizawa from her bullies, it appears that he has no choice but to confront that bastard someday. 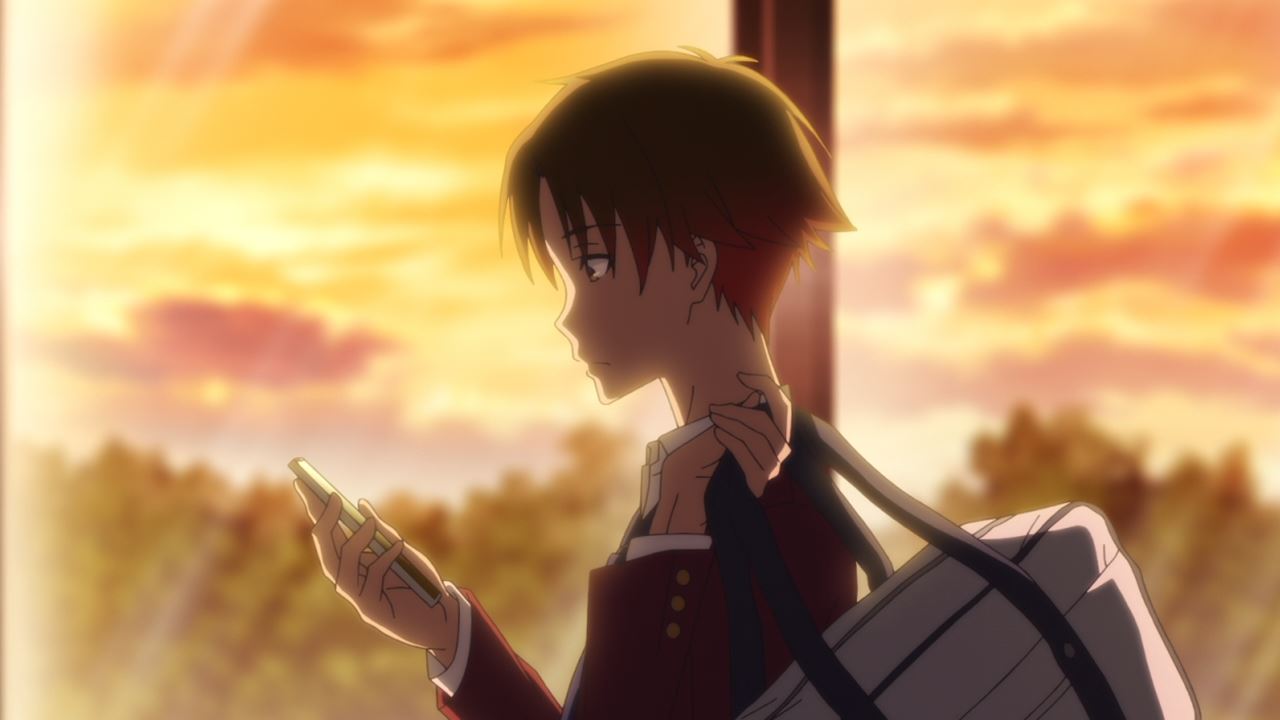 But that’s the end of this episode where it was surprising that Suzune Horikita outwitted Kikyou Kushida in the Paper Shuffle test instead on relying on Kiyotaka Ayanokouji’s secret maneuvers. Of course, Ayanokouji’s plans to stop Kushida made it a double-whammy for her as Kikyou might get desperate in taking Kiyotaka out.

Anyways, things will get even uglier on the next episode as Kakeru Ryuuen and the rest of C-Class will take Kei Karuizawa down, just to drag the mastermind out of the open. While Kiyotaka Ayanokouji will do something to protect the entire D-Class, someone will try to ruin his day. With that said, I wish Ayanokouji good luck in dealing with Ryuuen.