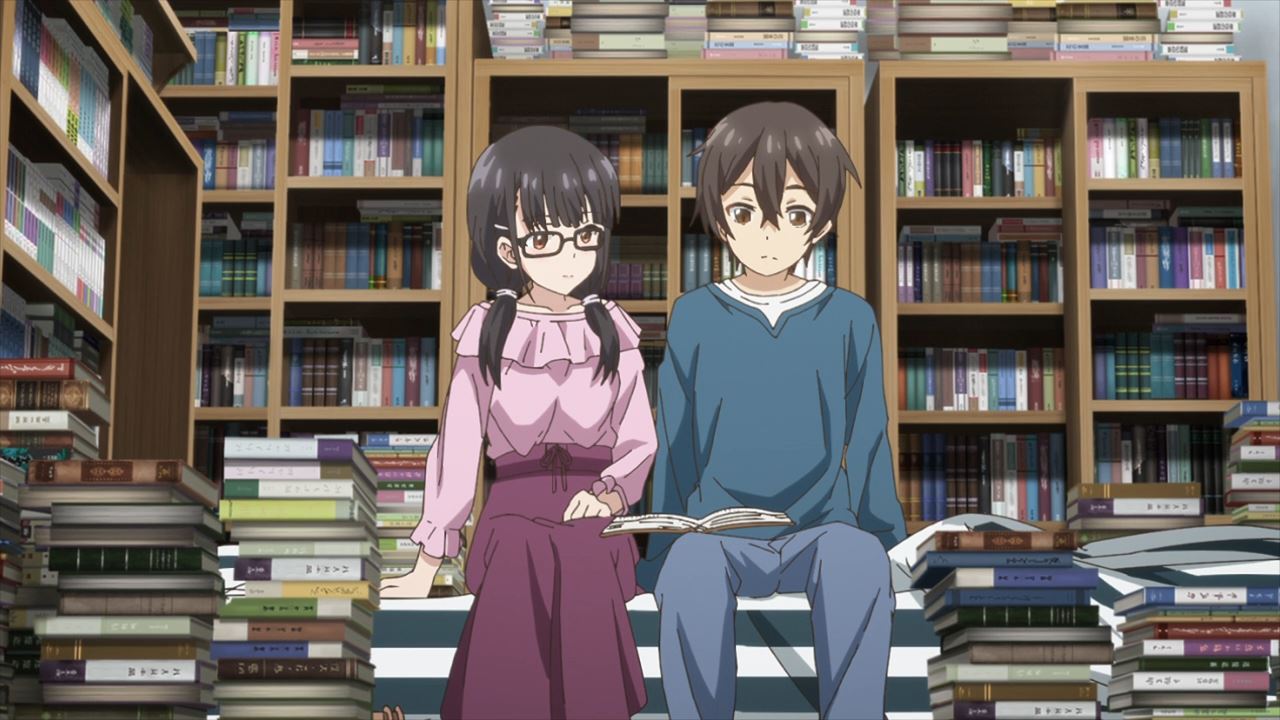 It all began back in their middle school days when Mizuto Irido and Yume Ayai became lovers due to their love for literature as well as hanging out at the library.

Now, Mizuto invited Yume to his room where neither of then couldn’t make their bold move towards each other, aside from reading books. 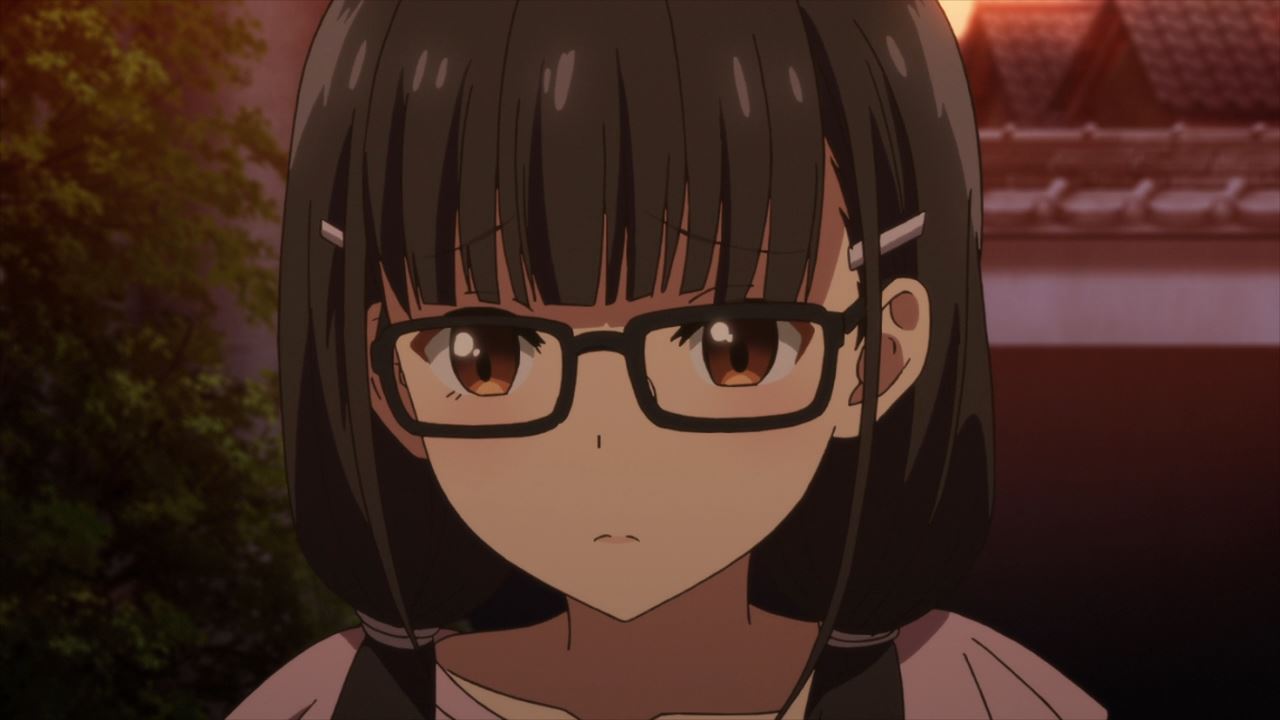 In any case, Yume Ayai went home without kissing her boyfriend. What a disappointing day where she and Mizuto wasted their opportunity to elevate their relationship further. 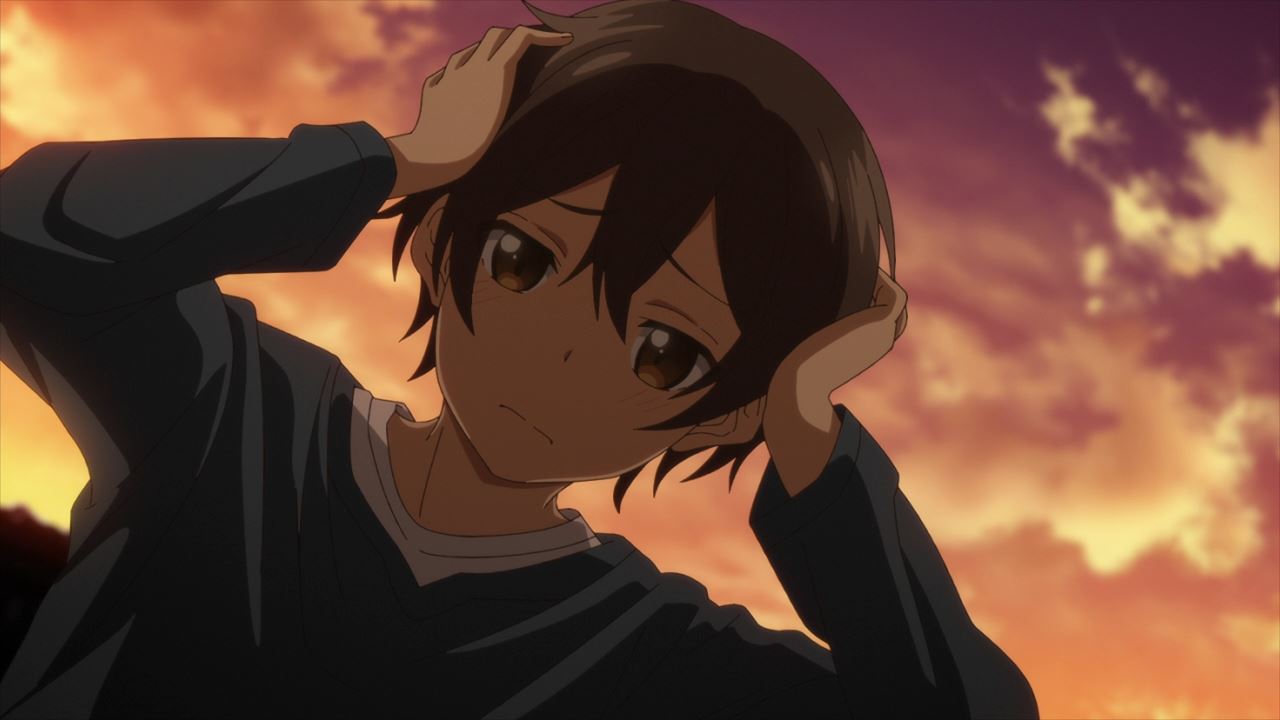 Oh yeah, here’s Mizuto where he hesitated in making his move towards Yume. Of course, their “youthful indiscretion” turned for the worse in the 3rd year of middle school. 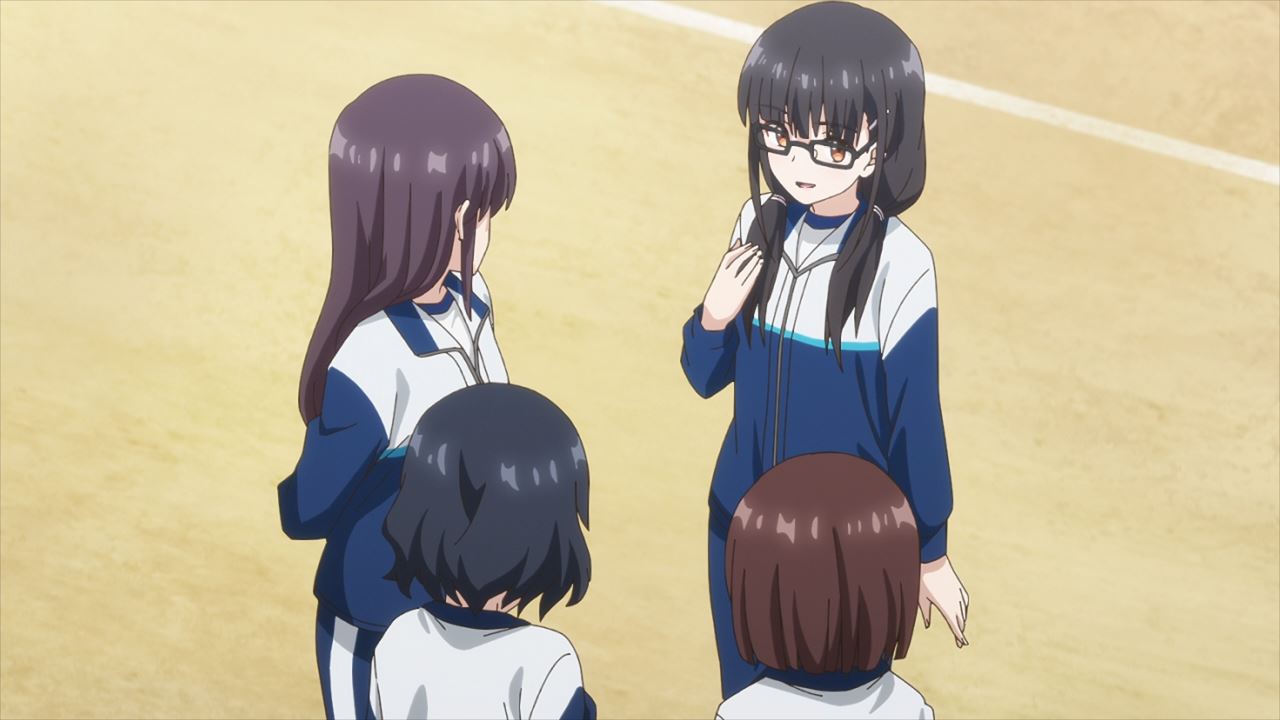 For one, both Mizuto and Yume went to different classes where the latter made some friends. This made him very jealous as Mizuto lash out towards Yume for spending more time with her classmates than him. Naturally, Yume wants to apologize to her boyfriend. 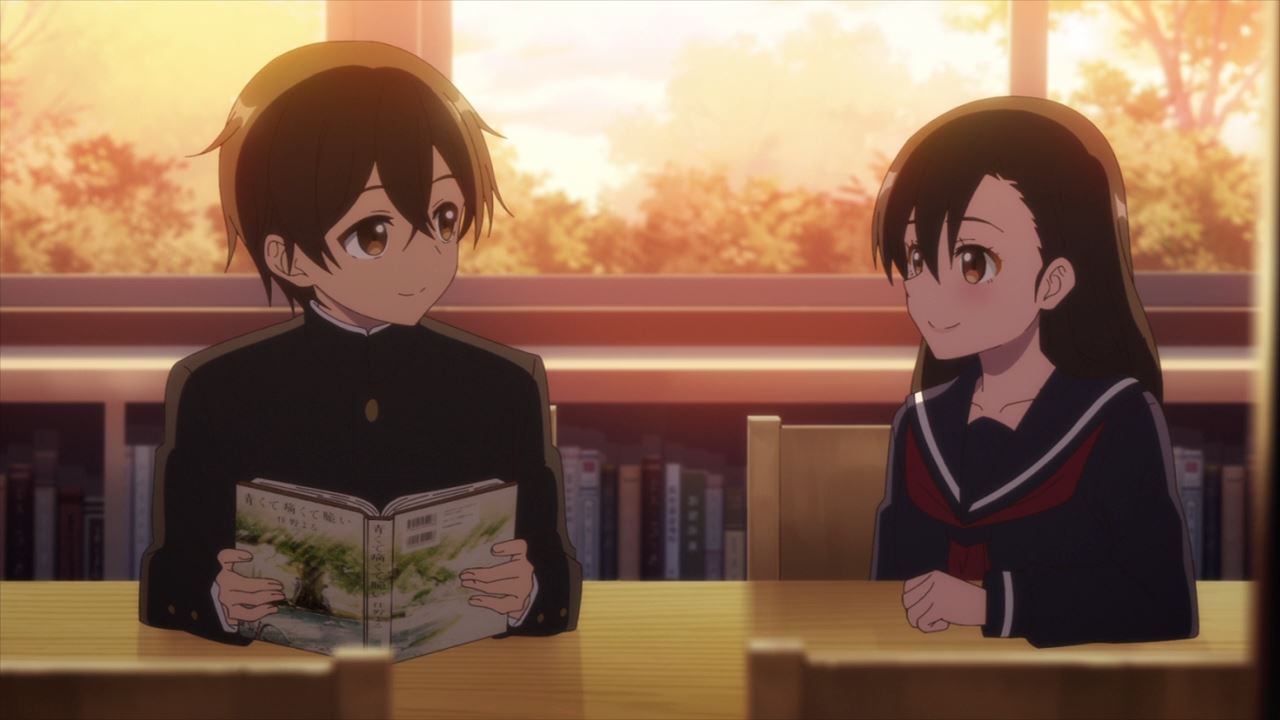 But then, things went from bad to worse when Yume saw Mizuto talking to a different girl at the library. On top of that, the girl is sitting at the exact spot where Yume sit there most of the time.

This made her angry that Yume accused Mizuto of cheating, although it was a case of misunderstanding where Mizuto wasn’t romantically attracted to the other girl at the library. 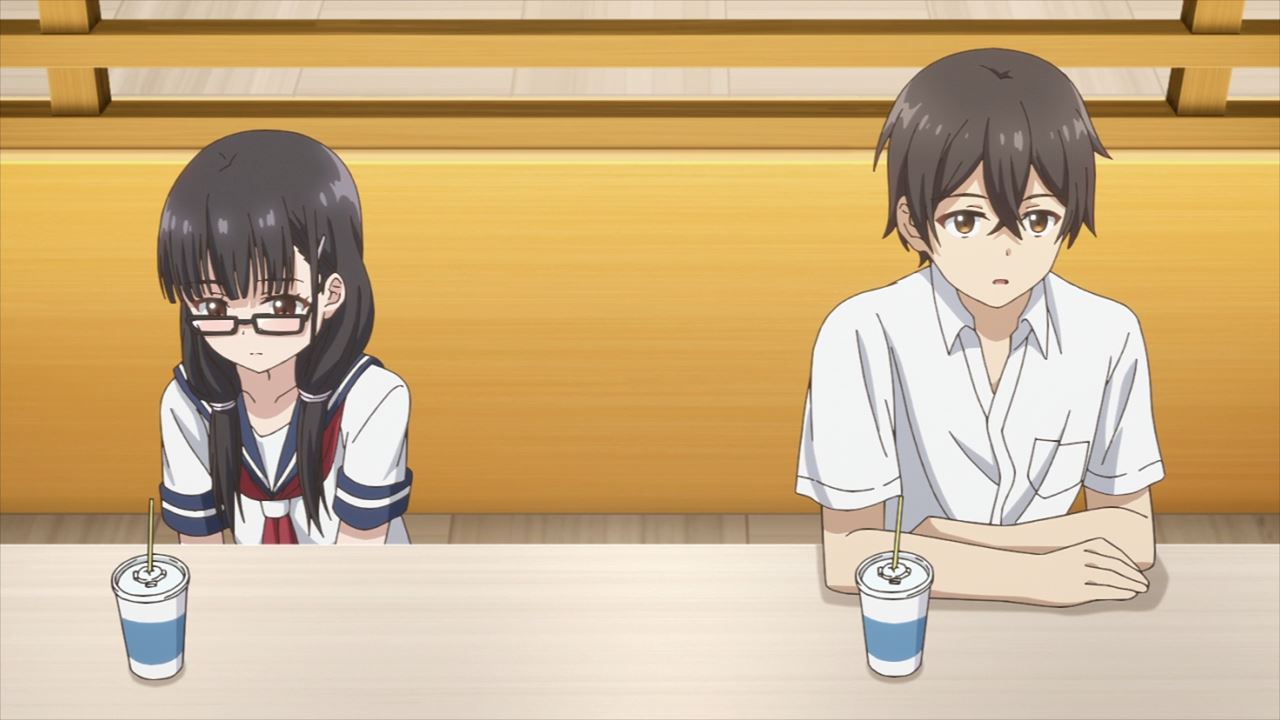 Anyways, both of them decided to make amends with their relationship, but then neither Yume Ayai nor Mizuto Irido couldn’t take the initiative to reconcile with each other until it’s too late. From that point on, they broke up after graduation at the drop of the hat until they got reunited as step-siblings.

I have to say that both Yume and Mizuto are so naïve that they hesitated to fully-commit on a long-term romantic relationship. Sure that breaking up is painful but man, I wish both of them could have restore their friendship instead of acting a bitter rivals to the present. 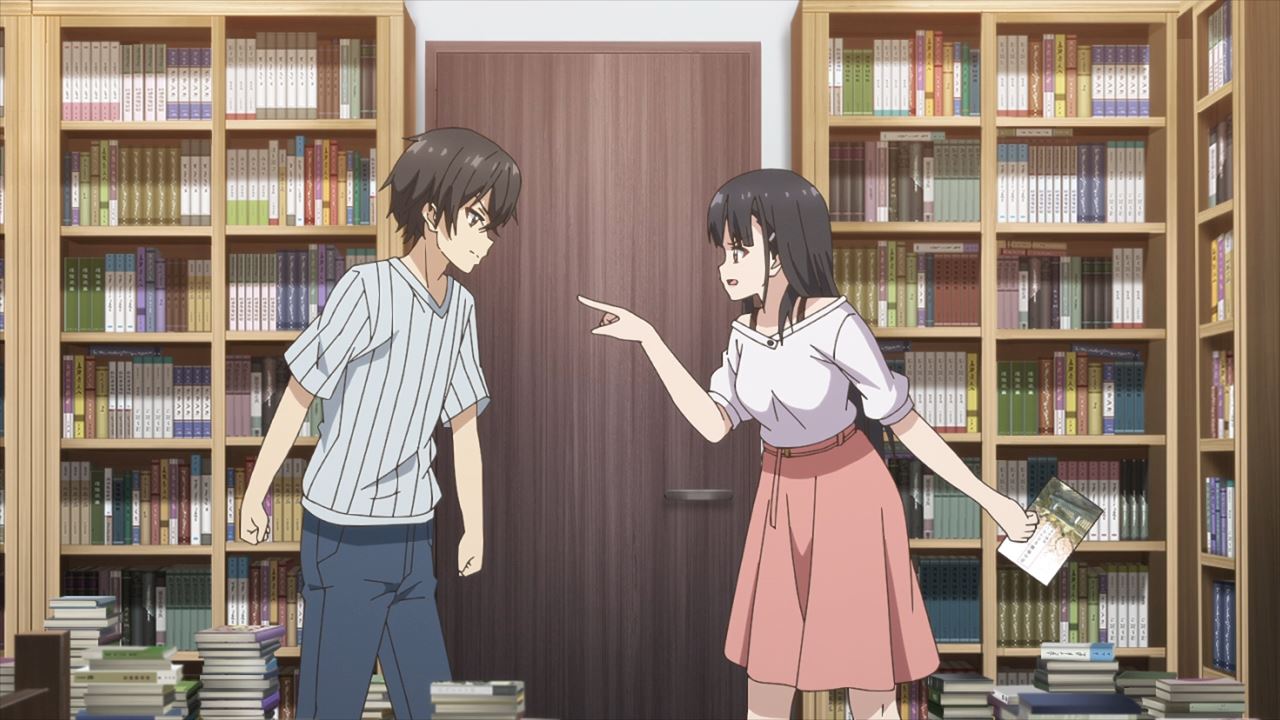 But that’s the end of this episode where it’s quite a fascinating story of how two naïve teenagers fell in love and broke their relationship in their middle school days.

Of course, I’m not sure how and when will these two former lovers turned step-siblings reconcile as their rivalry has gotten so silly that it’s sad to see Mizuto and Yume bicker over everything. God, this love comedy is full of failures when it comes to relationships!

Anyways, I’ll see you next time where I’m scared that this anime show will turn for the worst.