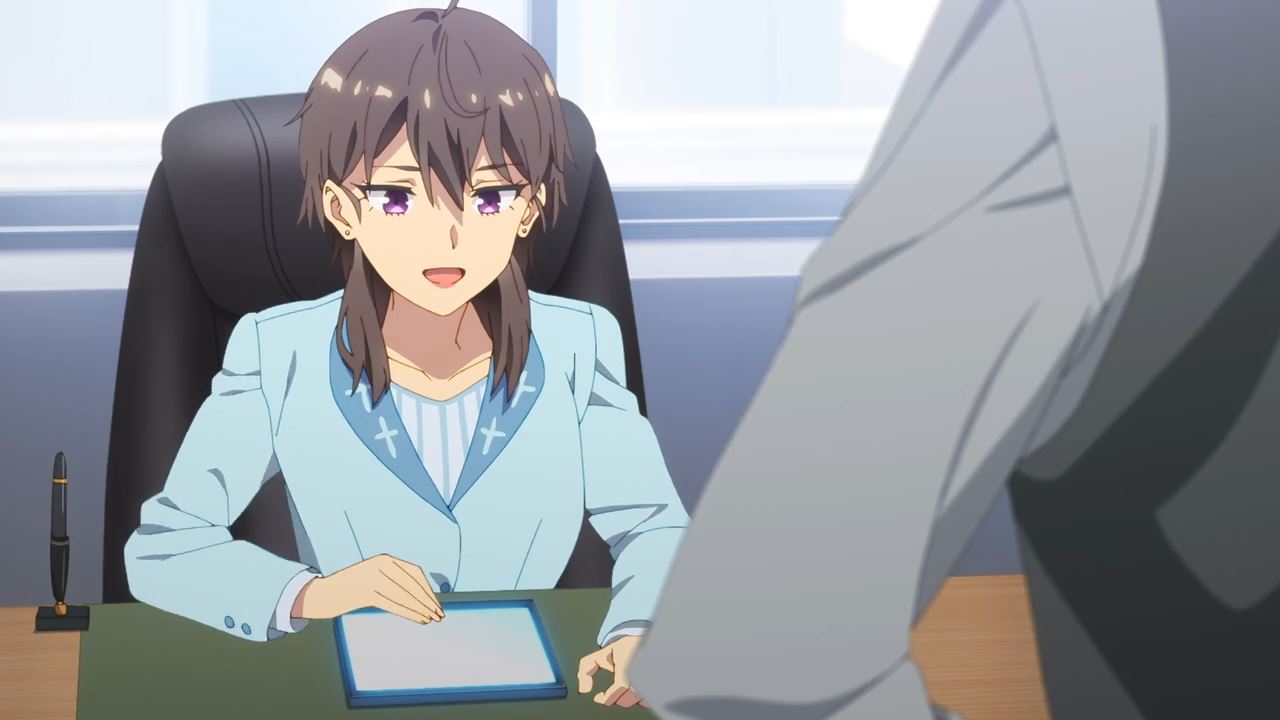 Well everyone, Shine Post is back after taking a break for a week where Brightest Production’s idol group TINGS got really popular thanks to Rio Seibu’s solo ballad at Sunshine City.

Oh yeah, here’s President Yuuki Hinase where she told Naoki that TINGS used to be a 5-member idol group. Hmm, interesting discovery there… 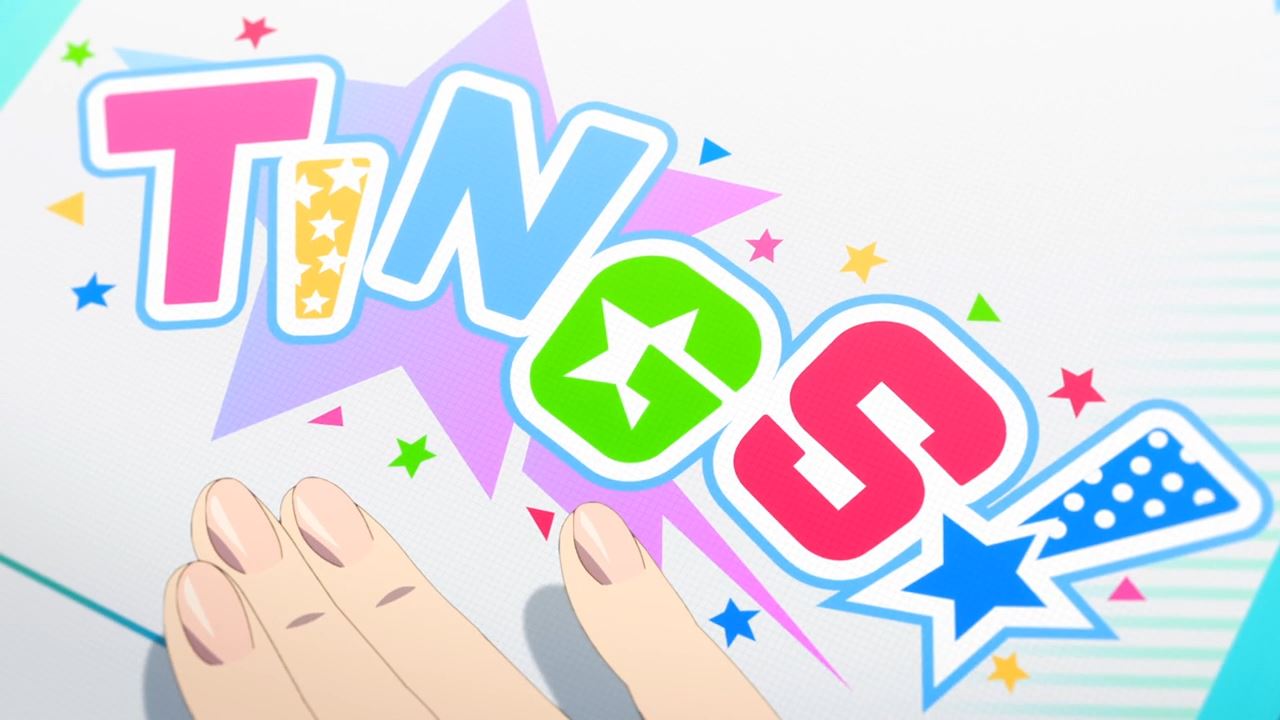 However, two members left the group which is why the initials “I” and “G” turned into lower-case. Hence, the idol group is shown as TiNgS rather than TINGS.

For simplicity sake, I’ll call the group as TINGS because it used to have Momiji Itou and Yukine Gionji as its initial members, but left to form their own group. Why did YukiMoji left TINGS is a mystery. 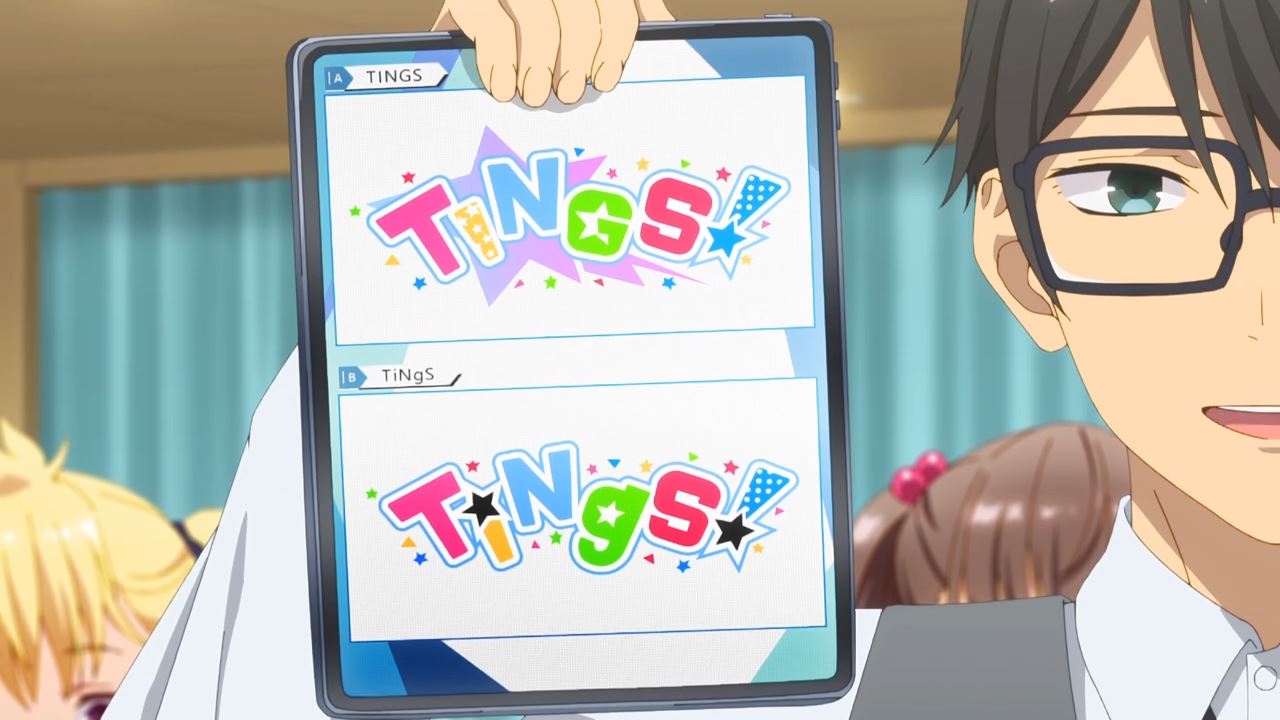 Anyways, Naoki Hinase told Momiji Itou and Yukine Gionji to rejoin TINGS ’cause it’s really impossible for them to have a sold-out crown at Nakano Sun Plaza in their current state. 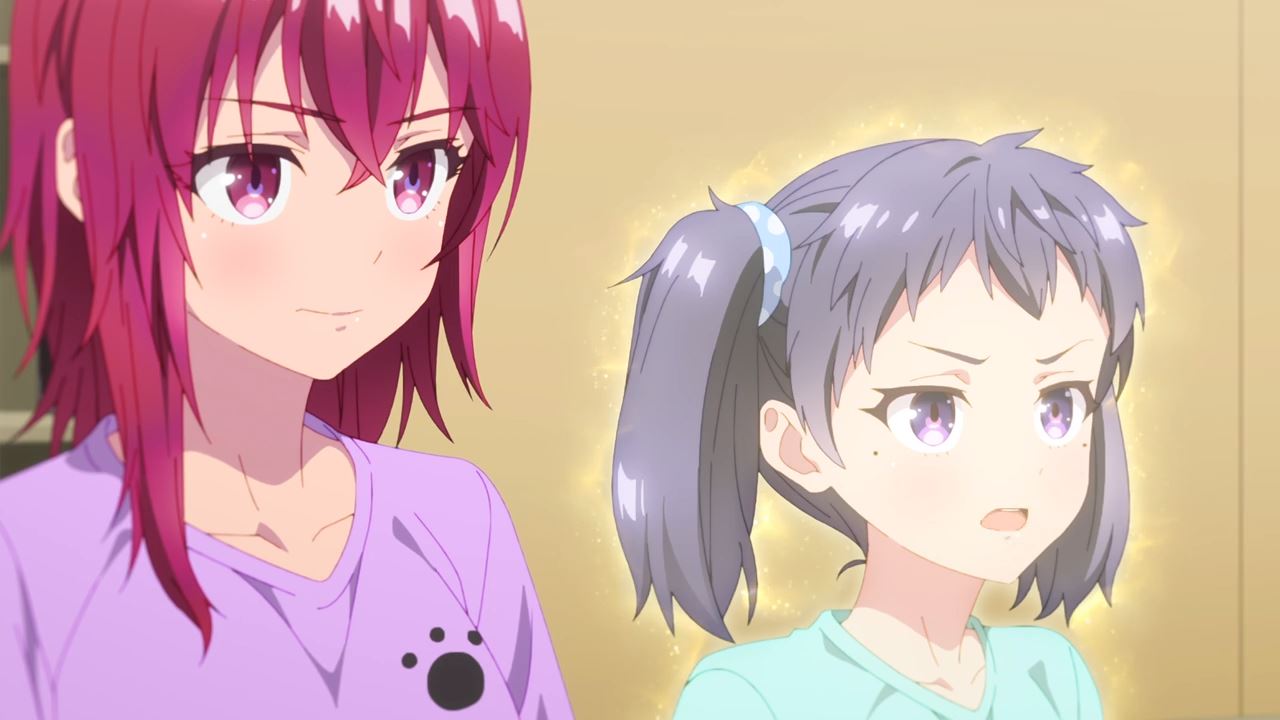 Except that YukiMoji don’t want to join TINGS as they’re doing fine on their own, even though the truth is that both girls are struggling thanks to TINGS’ recent success. 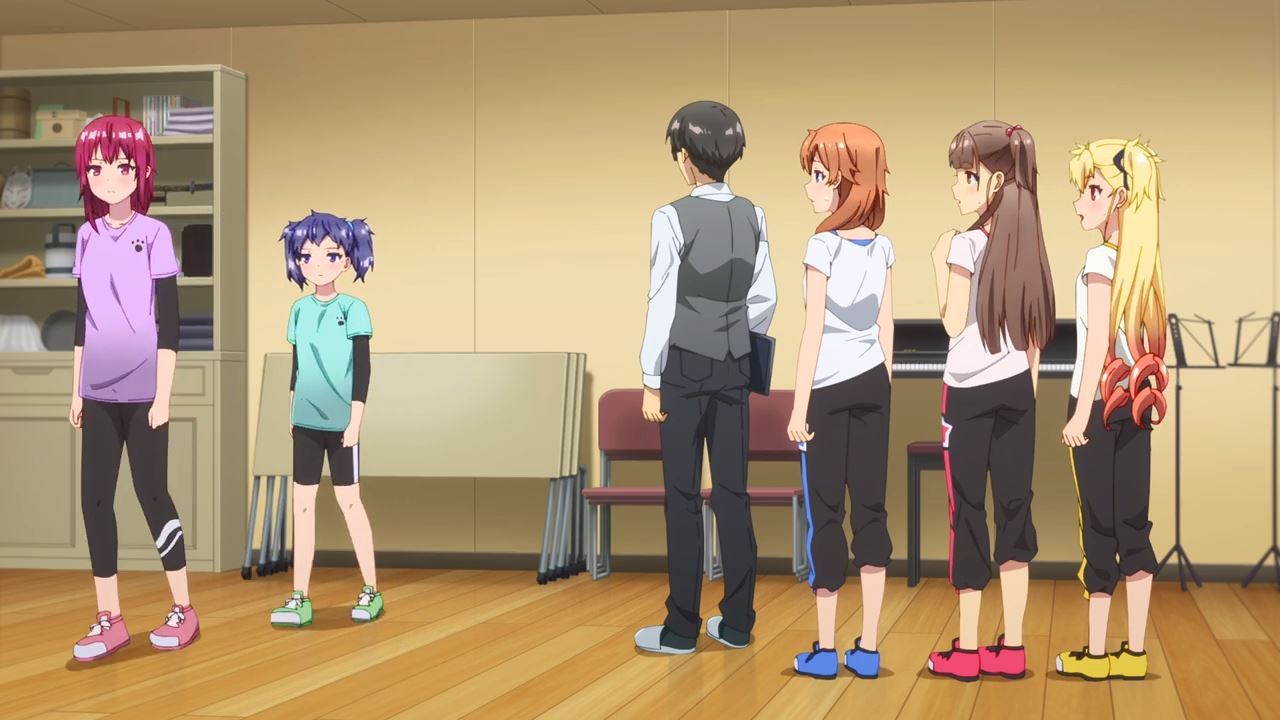 And so, this is gonna be a tough one to recruit both talents where they’re being stubborn in doing their own thing. Someone needs to convince Yukine and Momiji to join TINGS. 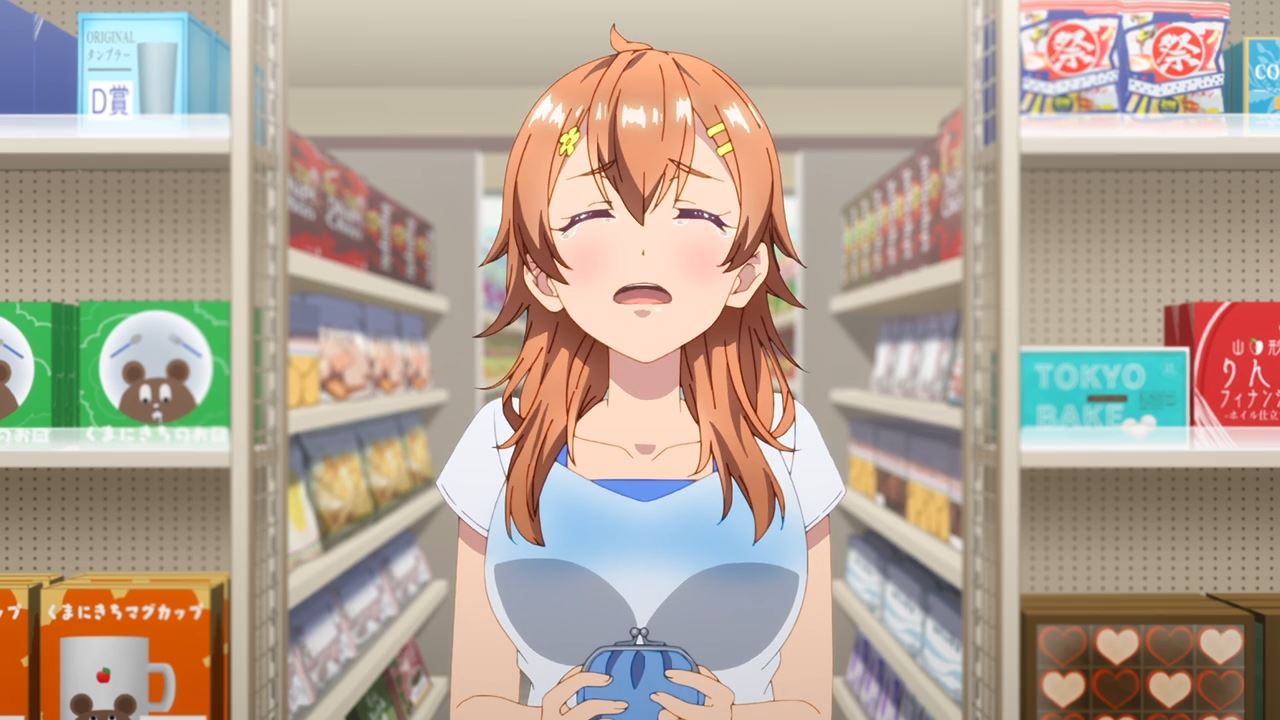 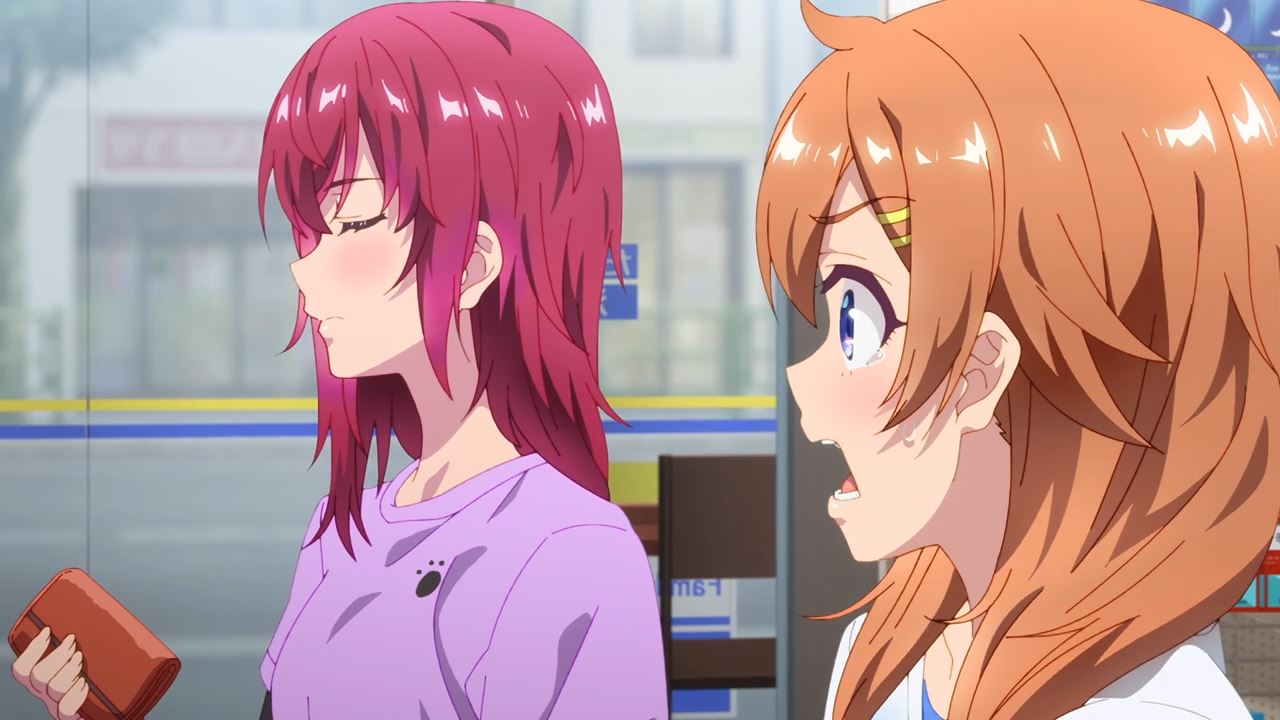 Fortunately, Yukine Gionji brought some chump change as she bought a pack of mochi ice cream for Nabatame, although Gionji won’t join the idol group because she and Itou will do things their own way. 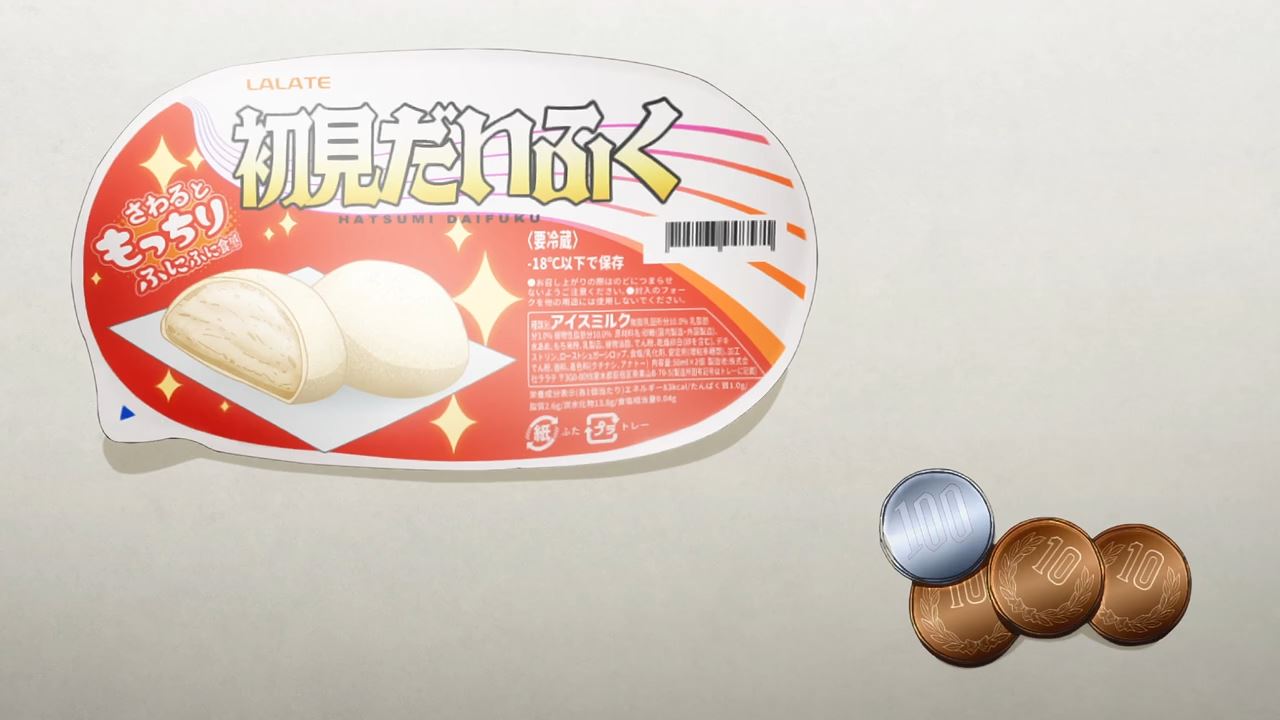 But hey, at least Haru Nabatame got some mochi ice cream. Still, it’s sucks that she couldn’t convince Yukine to join TINGS.

Wait a minute, there’s Momiji Itou where Haru has a chance to recruit her to their idol club. Perhaps she can use this mochi ice cream to convince Momiji to join TINGS. 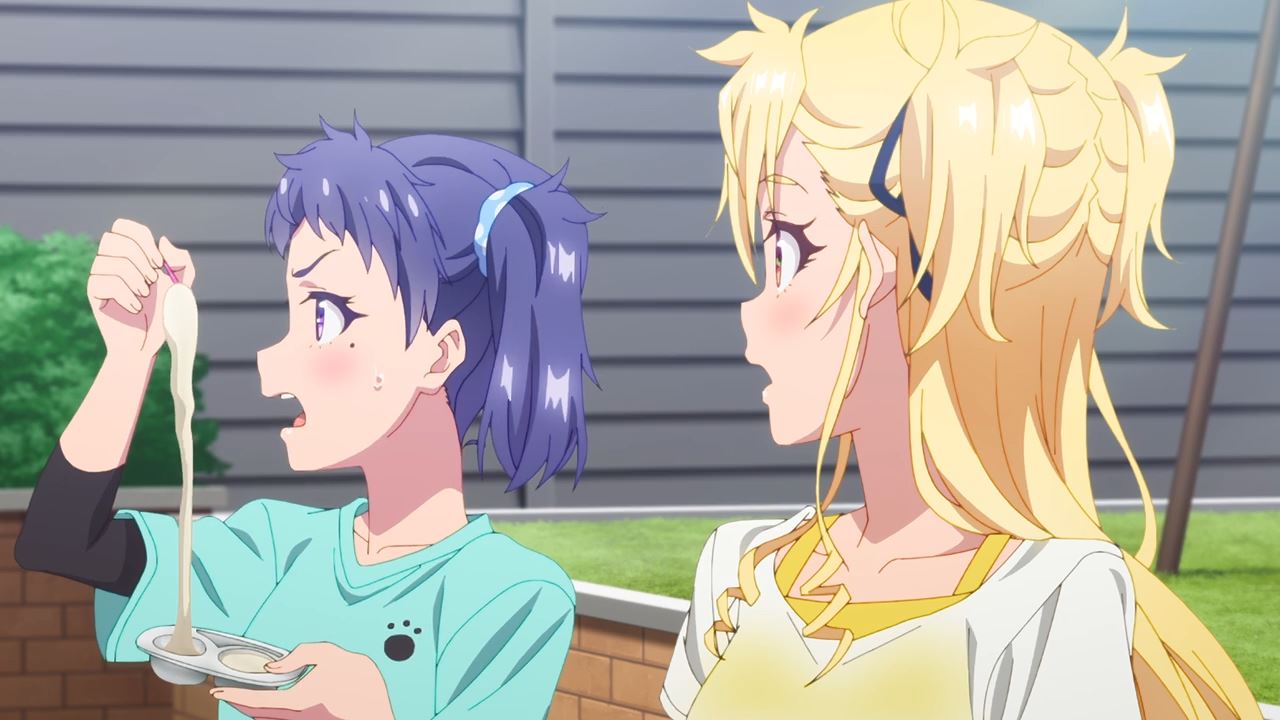 Except that the mochi ice cream melted once Momiji open it. God, that’s unfortunate!

On the other hand, it appears that Momiji is okay on returning to TINGS and- Wait, she took those statements back ’cause Itou can’t leave Yukine Gionji alone. 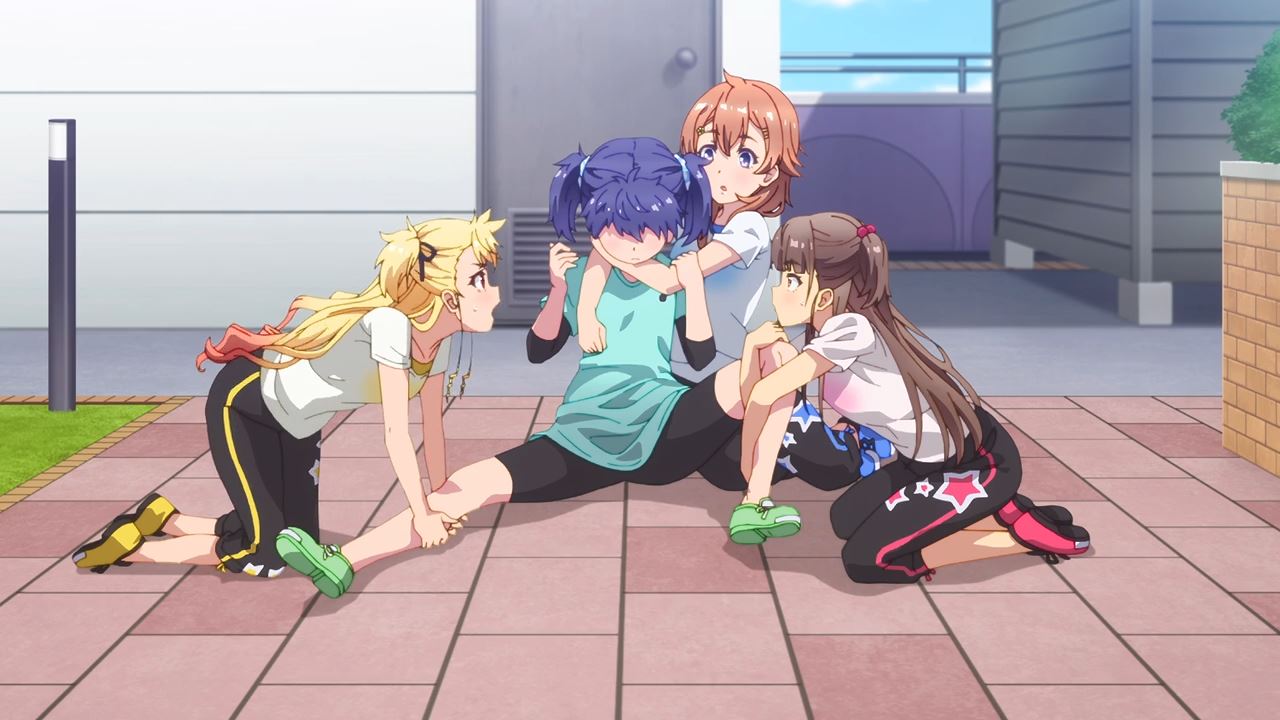 But that doesn’t stop Haru Nabatame and her friends from ganging up on poor Momiji Itou until she’s forced to join TINGS. Okay you three, that’s not how you coerce a fellow idol! 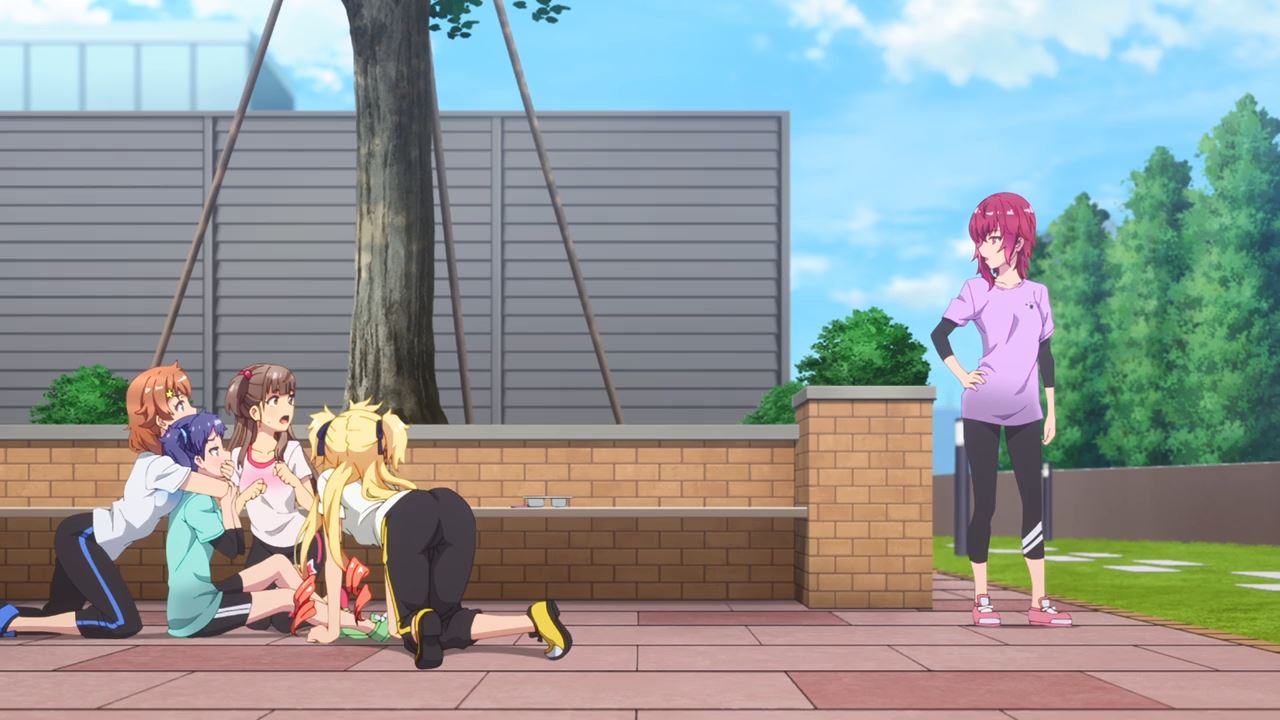 Meanwhile, looks like Yukine Gionji is here to stop Haru Nabatame and the rest from capturing Momiji Itou, yet I still don’t know why Yukine and Momiji are hesitant to return to TINGS in the first place. 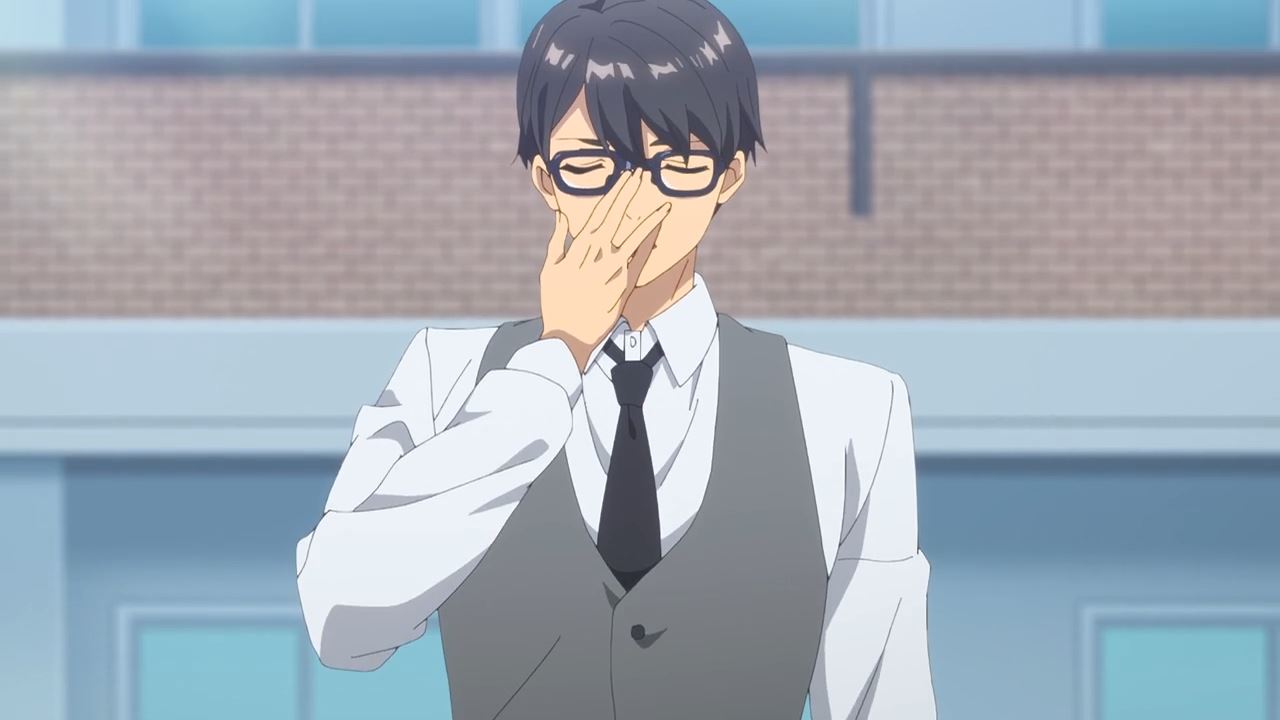 Well, it appears that I found an answer as Naoki Hinase revealed that the reason why Yukine and Momiji can’t return to TINGS is because of Haru Nabatame.

And speaking of Nabatame, it turns out that she’s holding herself back for the sake of both Rio Seibu and Kyouka Tamaki. Hence, Gionji and Itou won’t come back to TINGS until Haru made a serious idol performance. 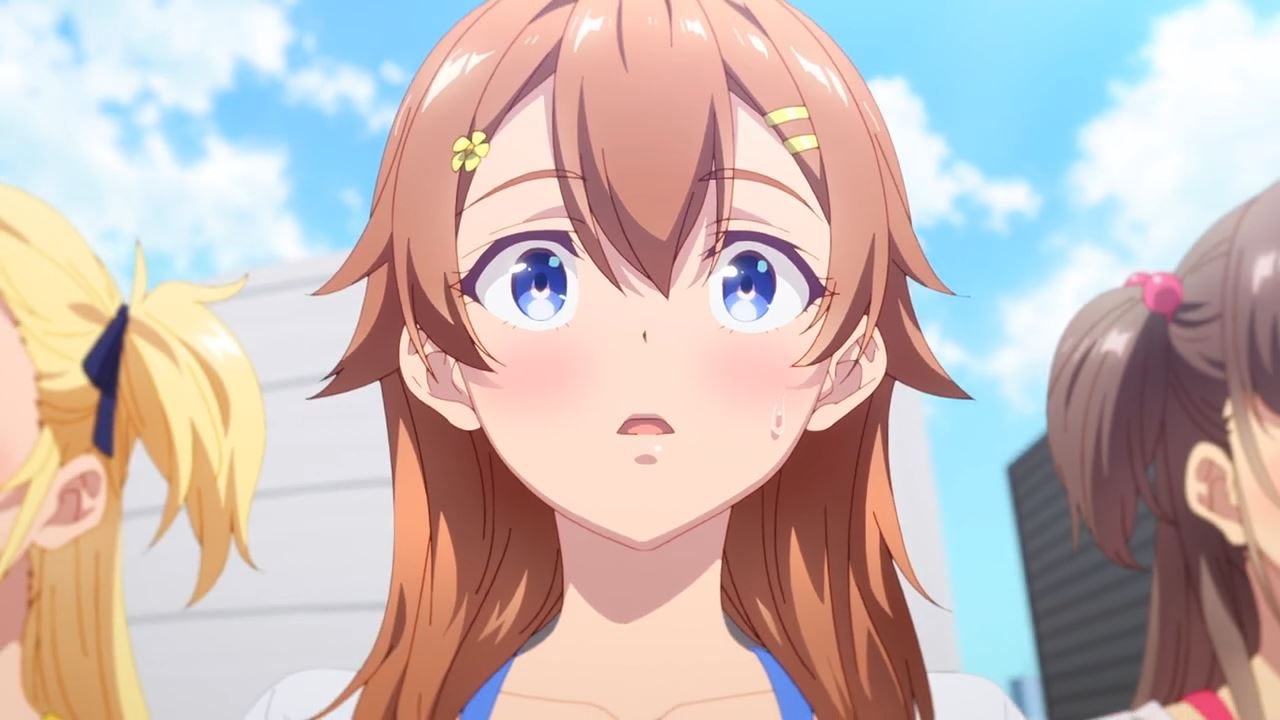 But yes, it appears that it’s not just Yukine and Momiji being stubborn, it’s just that Haru is holding herself back.

You know what, I think she should get some serious idol training on the next episode ’cause Nabatame needs to move forward instead of backward!