Posted on September 2, 2022 by benigmatica 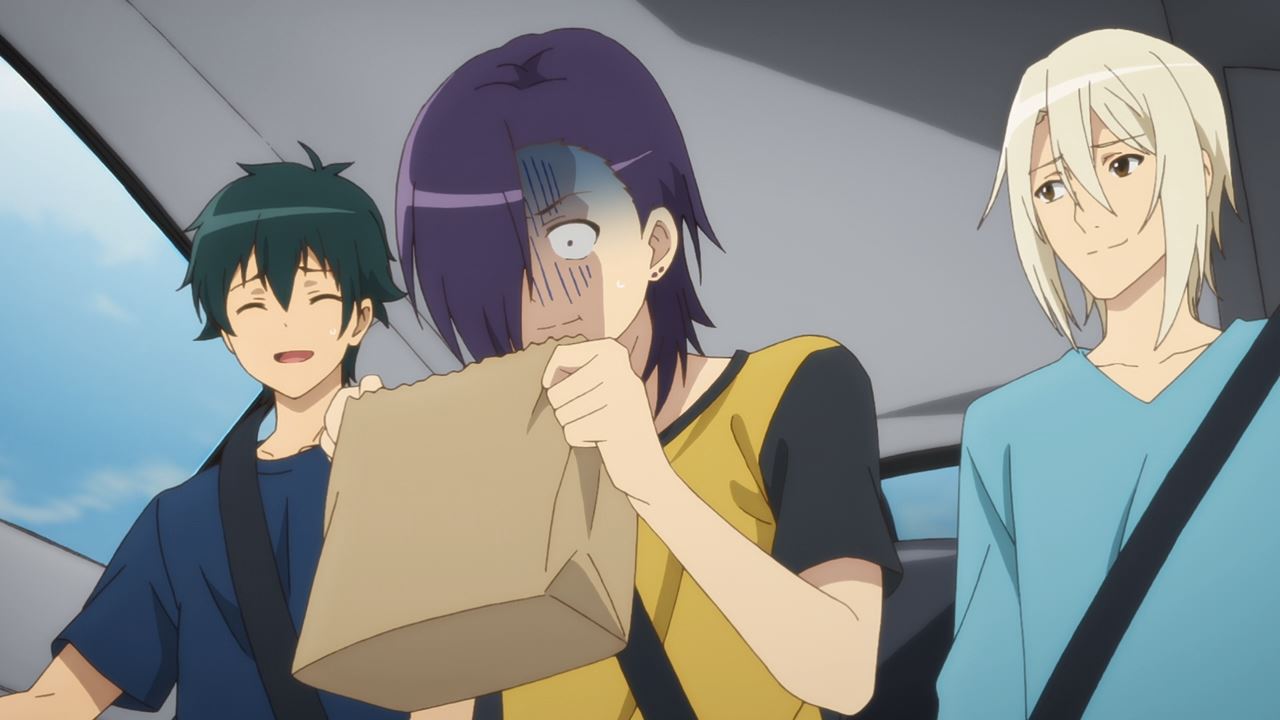 Well, it appears that Sadao Maou is still out of the job as MgRonald is currently under renovation, although Hanzo Urushihara is having some car sickness. 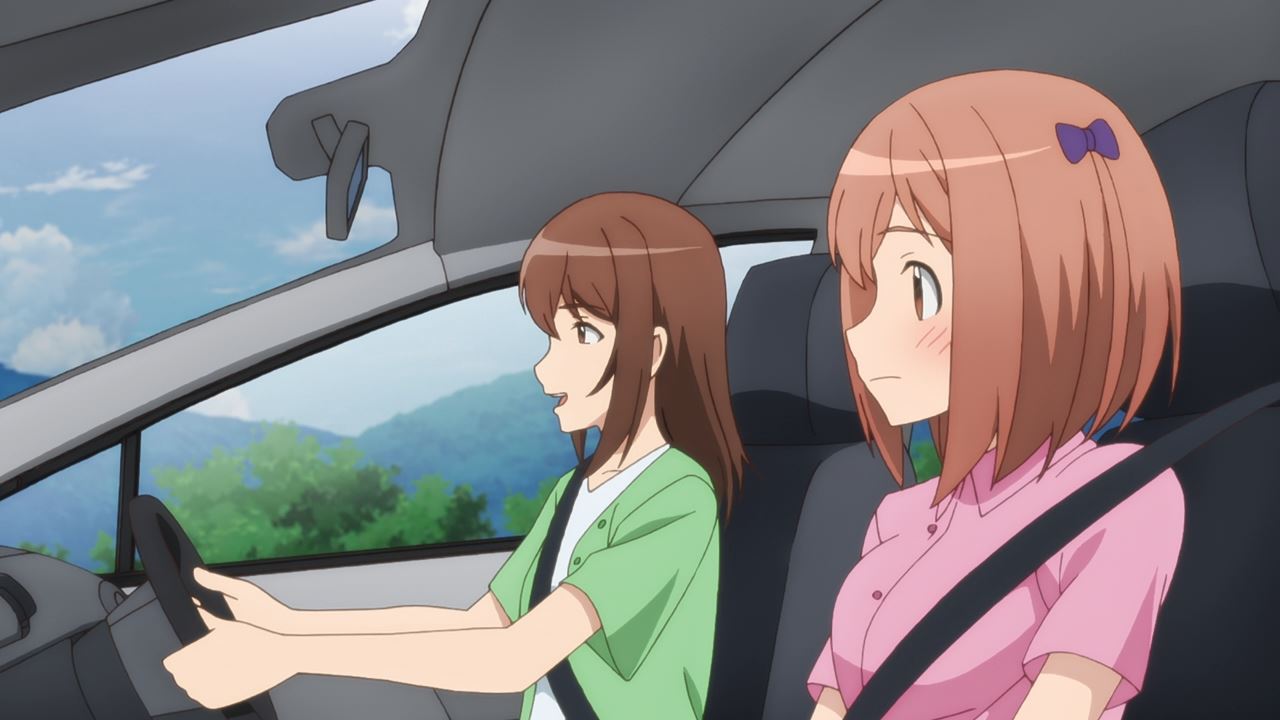 Fortunately, Maou-san and his friends got a farming job in Nagano where Chiho Sasaki and her family worked there. Looks like the demon lord won’t get stuck in a single job. 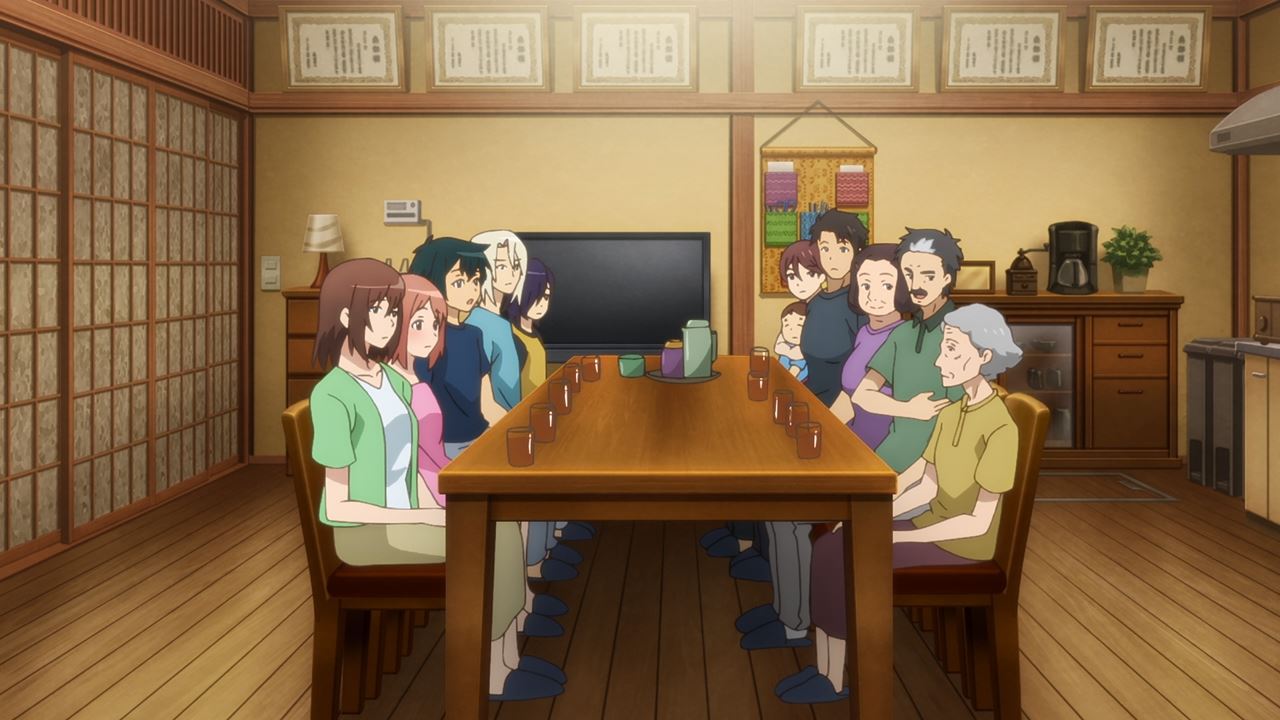 By the way, here’s Chiho Sasaki’s relatives where it consists of Uncle Manji and Aunt Yumiko, Chiho’s cousin Kazuma and his family (Hinako and his son Hitoshi), and her grandmother Ei.

Unfortunately, Ei-san got injured when she got attacked by a boar, so Manji-san asked for help in harvesting their crops. 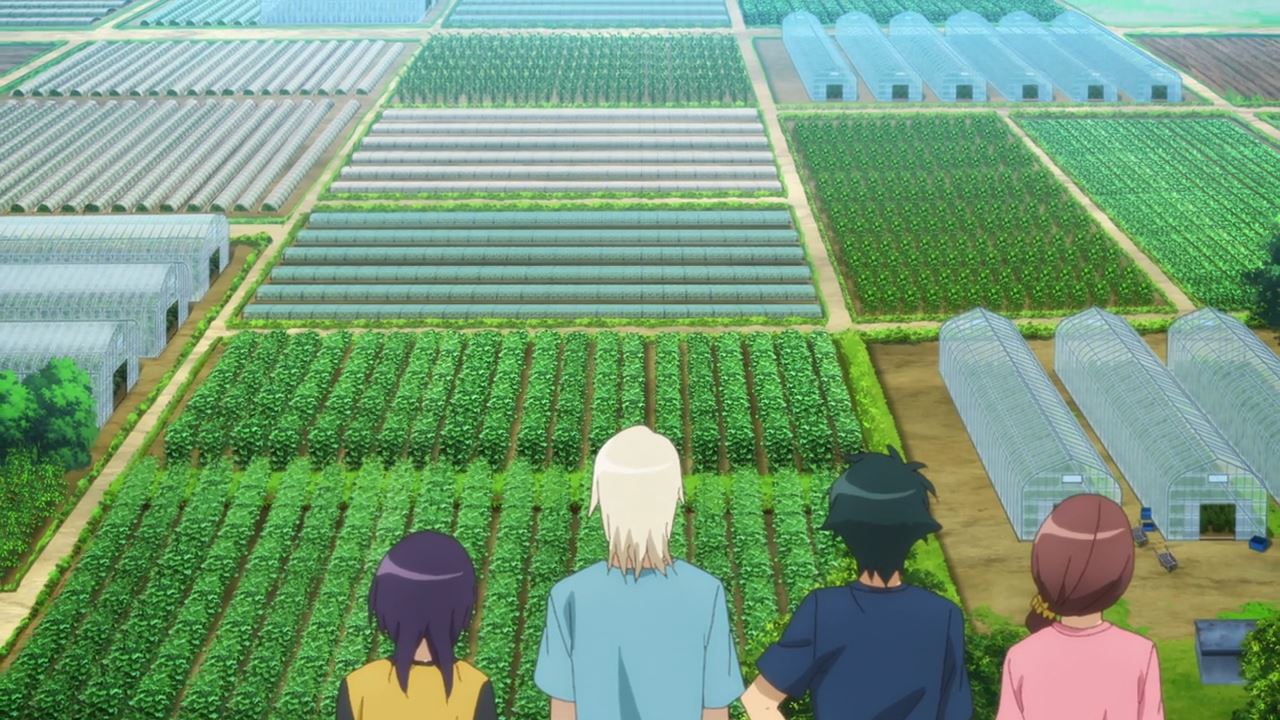 And speaking of their farm, it’s really big that the Sasaki family need lots of help in harvesting those vegetables during the summer season.

While Sadao Maou, Shiro Ashiya, and Hanzo Urushihara are willing to help, I think they need more hands to harvest most of them. 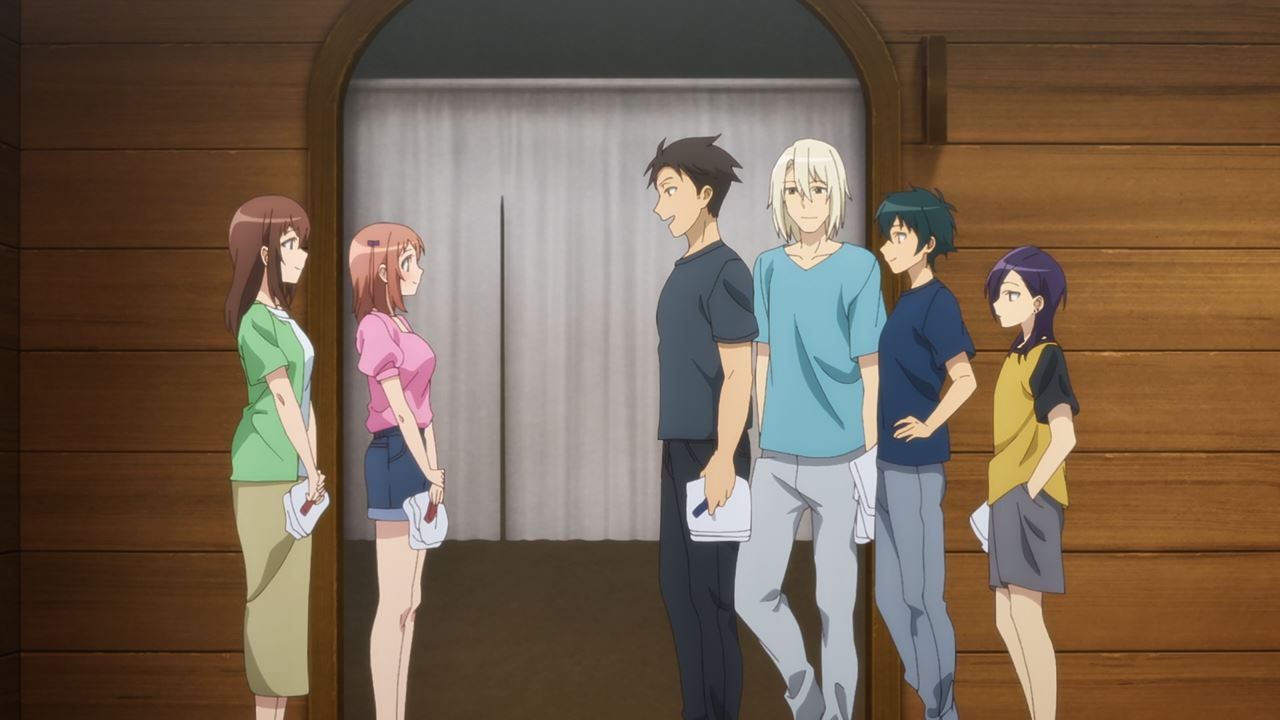 For now, it’s time to visit the hot springs to clean their bodies for tomorrow’s work. Don’t worry though as Kazuma-san will pay for it. 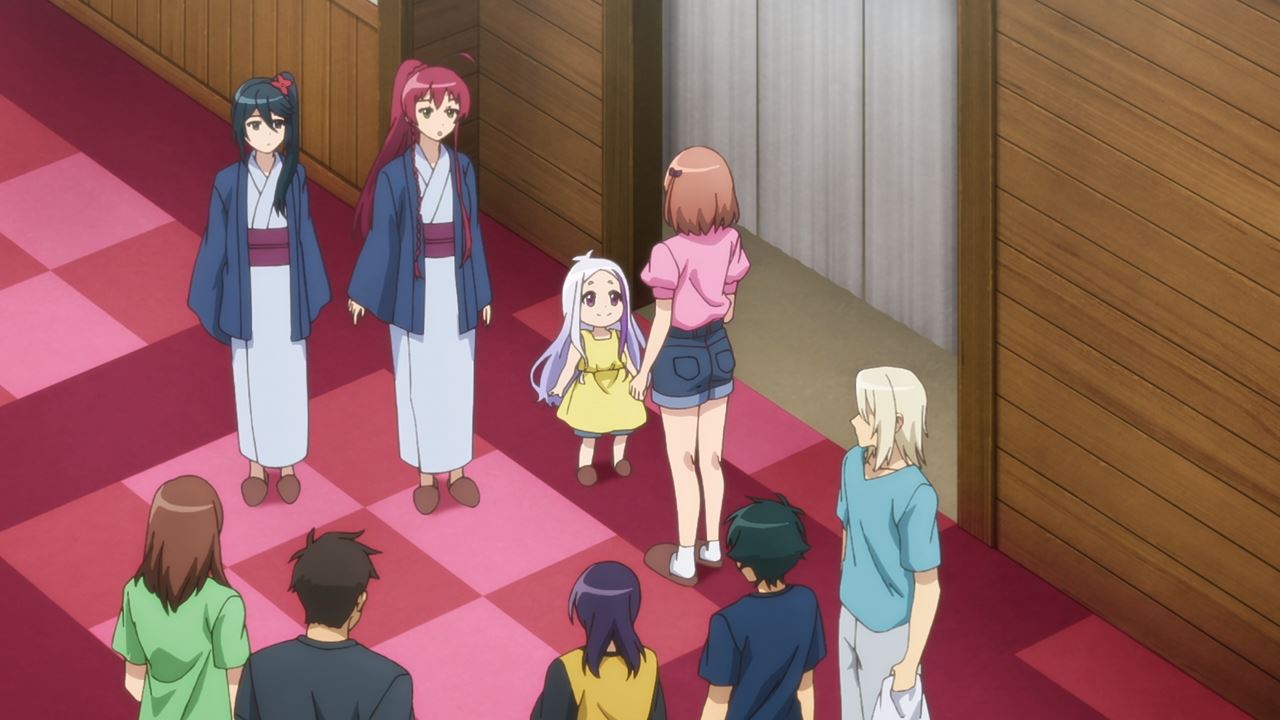 Meanwhile, looks like Alas Ramus is here together with Emi Yusa and Suzuno Kamazuki. Maou-san is really surprised that his adversary has arrived in Nagano. 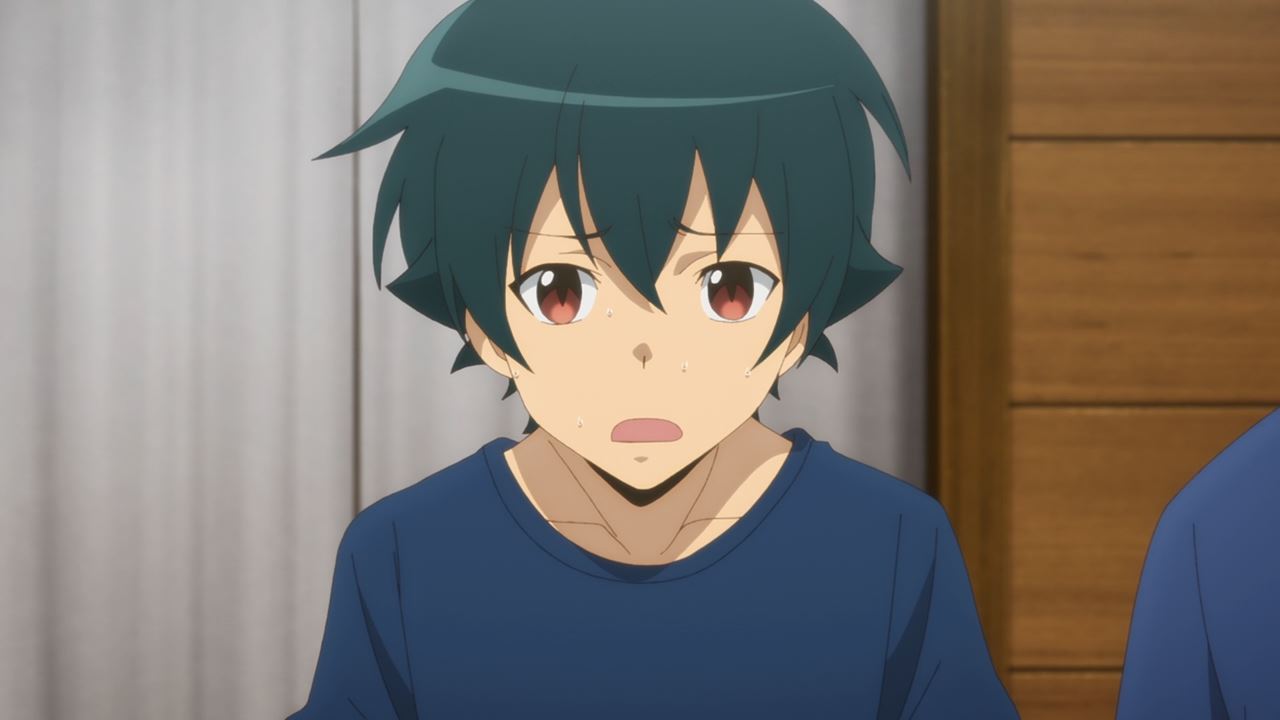 Of course, Sadao Maou will have to explain to Chiho’s relatives regarding his relationship with both Emi Yusa and Alas Ramus. God, he’s really sweating after Alas Ramus calling him “papa” from out of the blue. 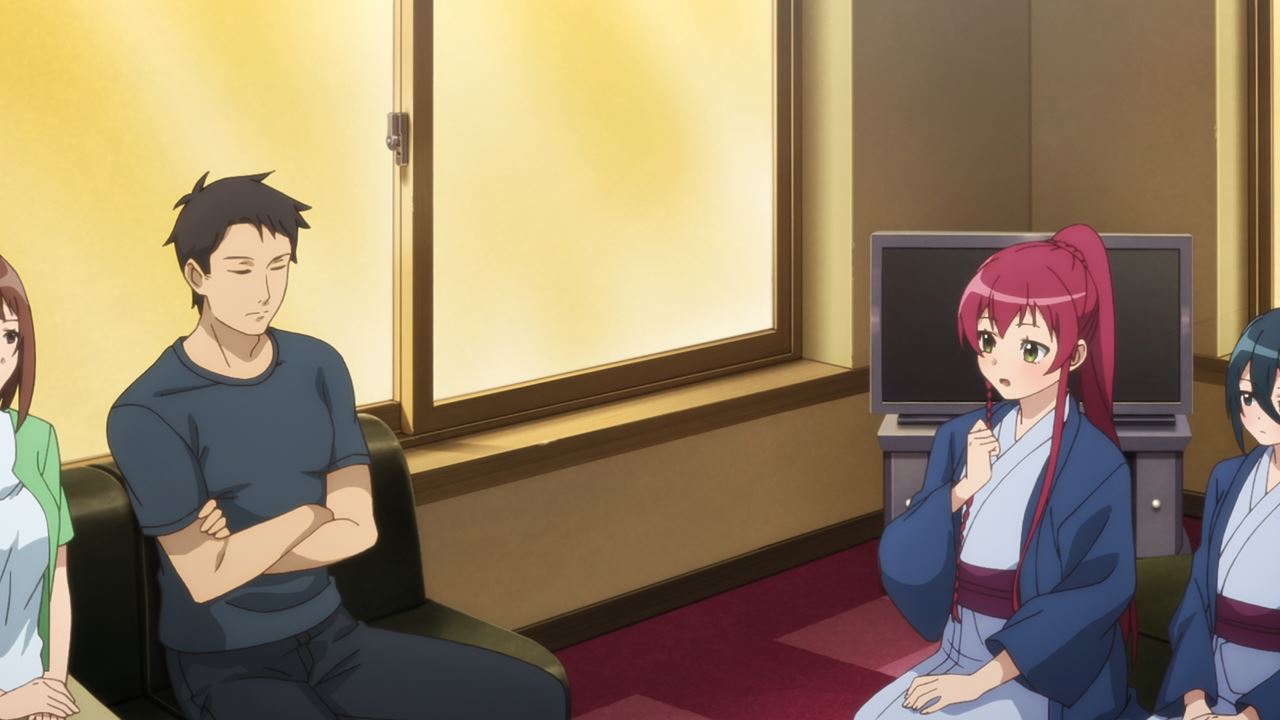 Anyways, here’s Emi Yusa where she decides to help the Sasaki family in harvesting vegetables instead of taking a long vacation.

Oh yeah, and the reason why she volunteered is because Emilia’s family used to run a farm in Ente Isla. 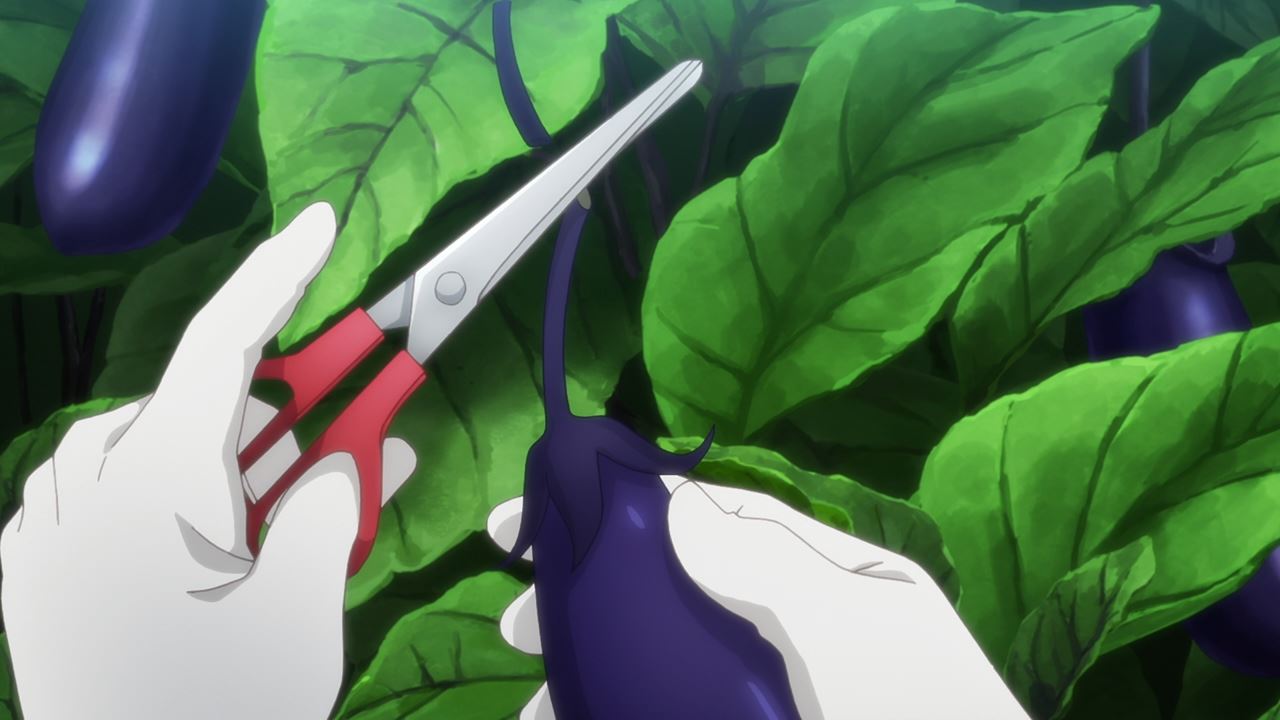 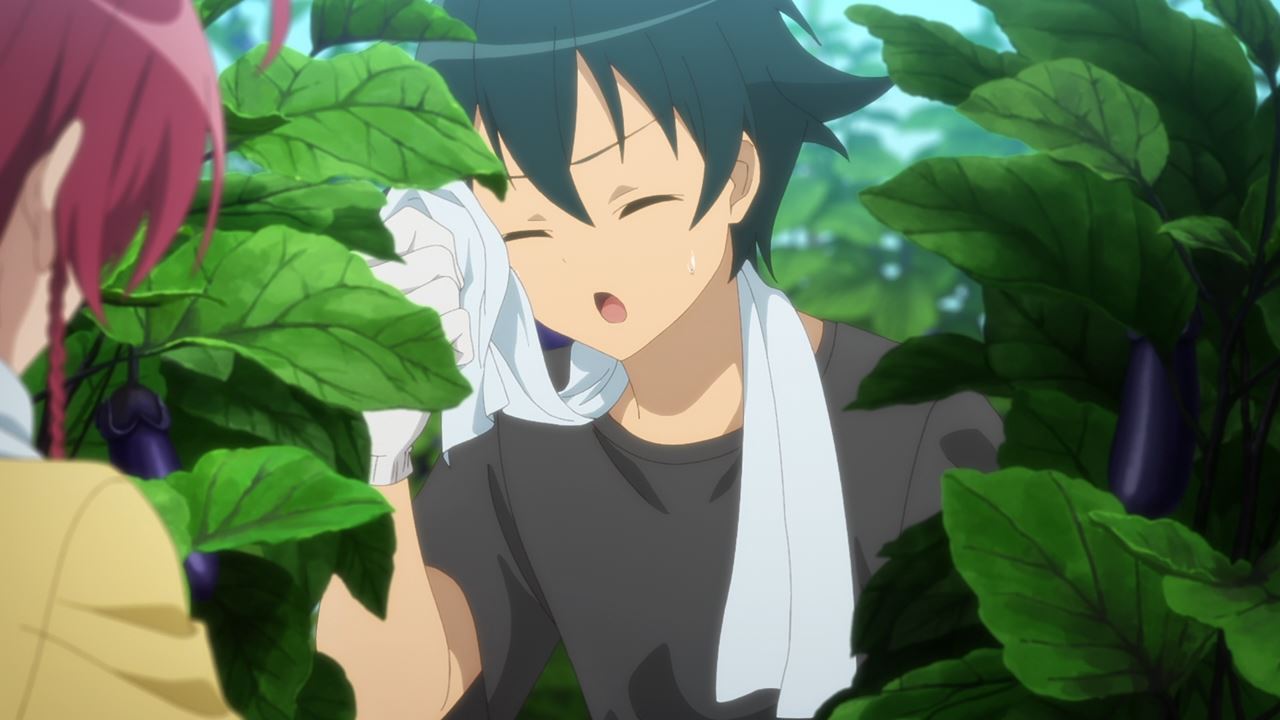 Now then, it’s time for Satan (or Sadao Maou) to pluck some eggplants while they’re still fresh.

By the way, Lucifer went indoors as he doesn’t want to work outdoors. Understandable given that Hanzo Urushihara is a shut-in most of the time. 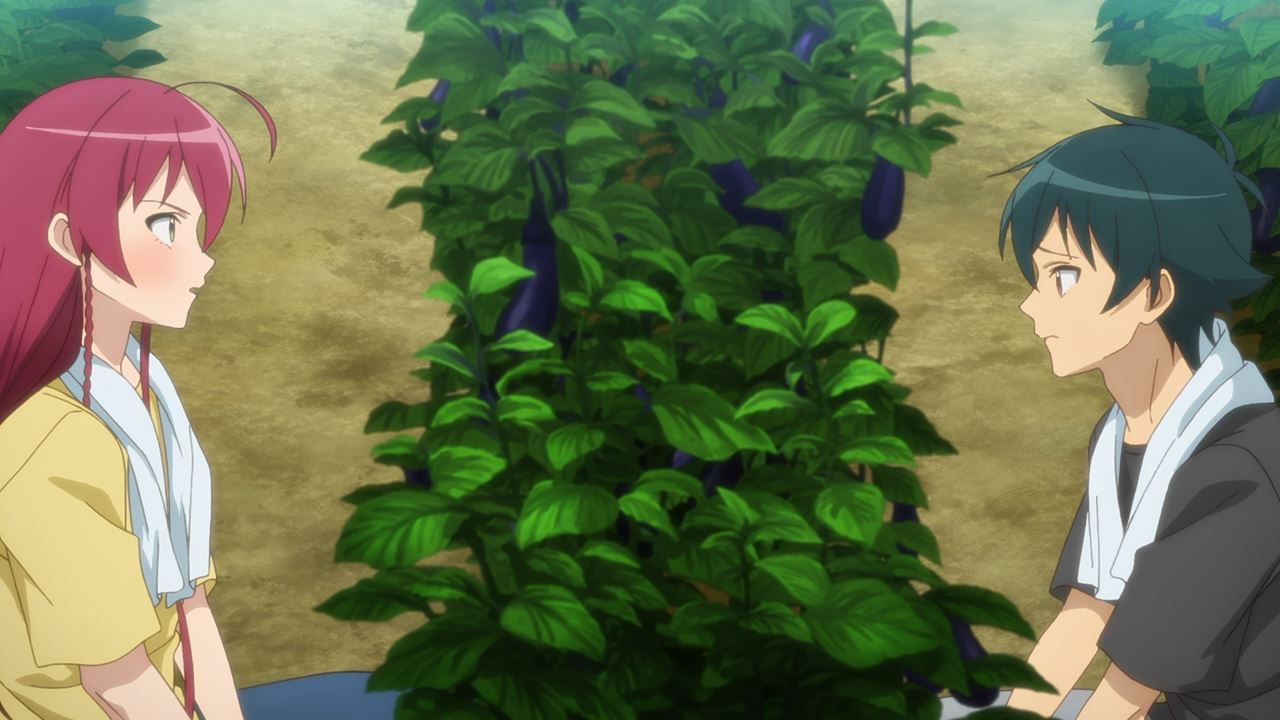 Also, here’s Emi Yusa where she’s still angry towards Sadao Maou for destroying her family farm during his reign in Ente Isla.

And by the way, Emilia doesn’t want Satan to harbor any regrets as she doesn’t want to waver her thirst for revenge. 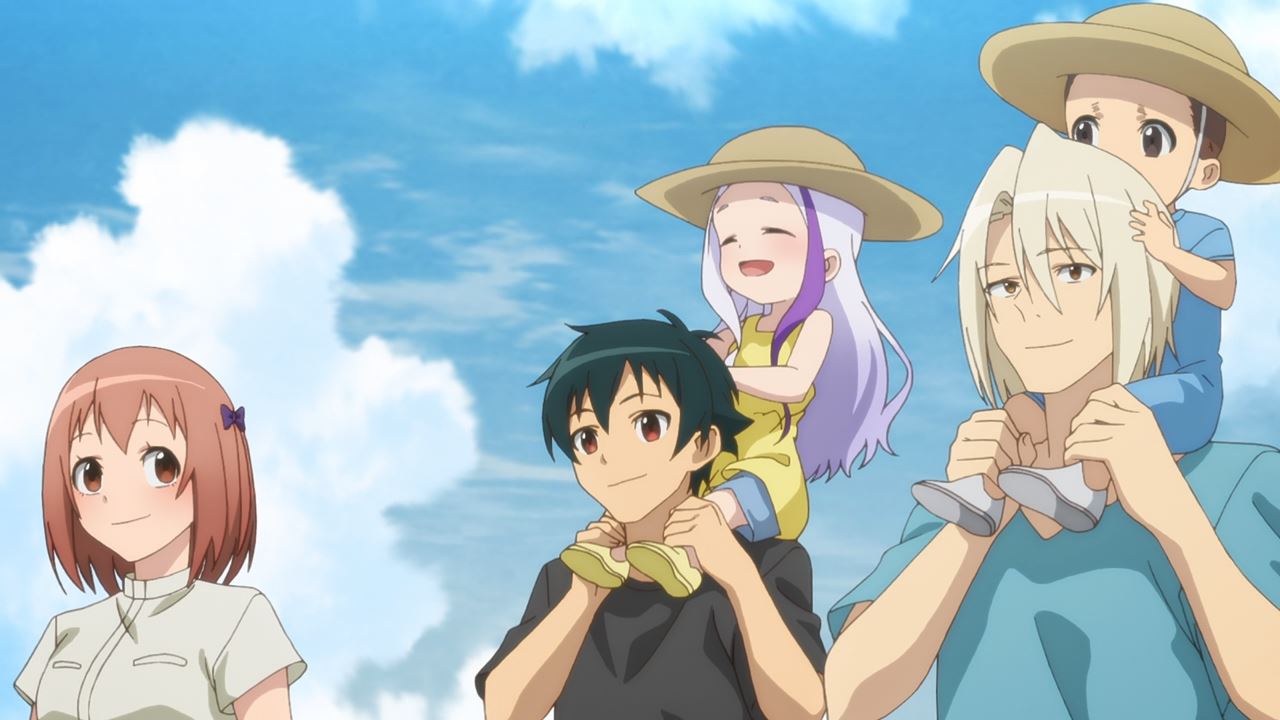 After picking up some vegetables, it’s time for Sadao Maou to take Alas Ramus outside together with Hitoshi as she wants to play outdoors. 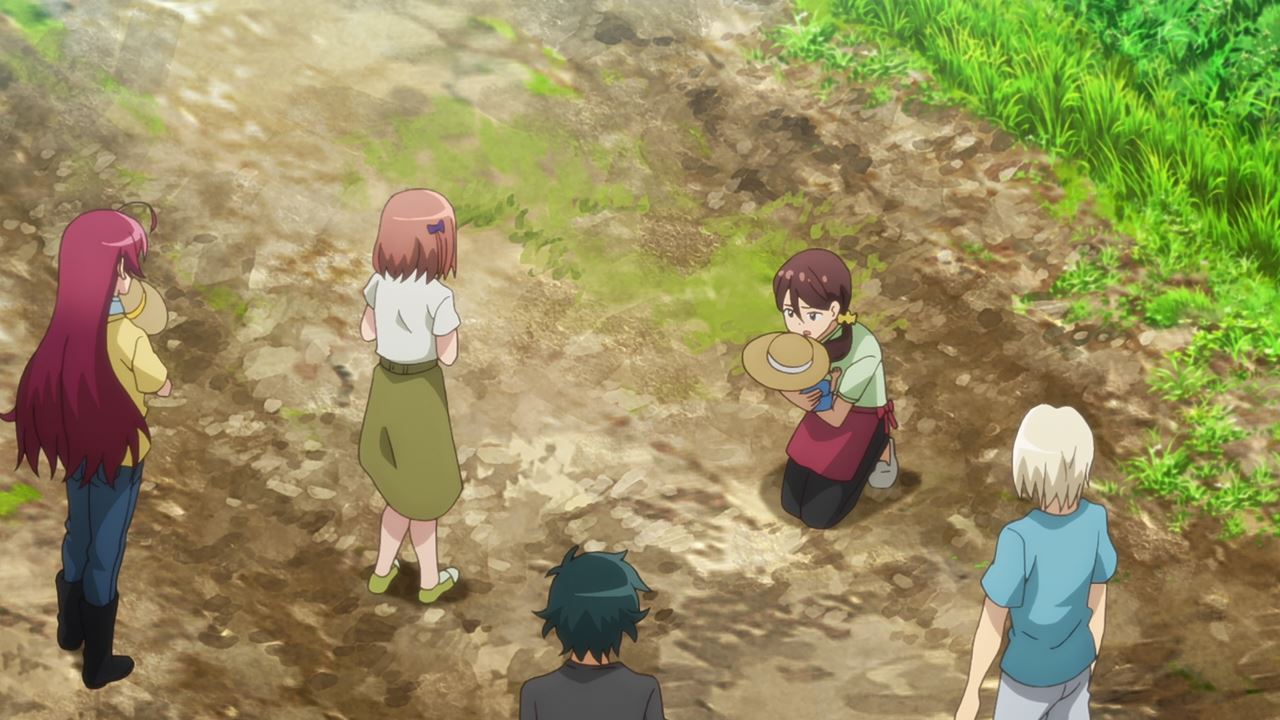 However, Hinako-san told everybody to stay put as there’s a bear nearby. Okay, looks like the family farm has problems in dealing with wild animals lately. 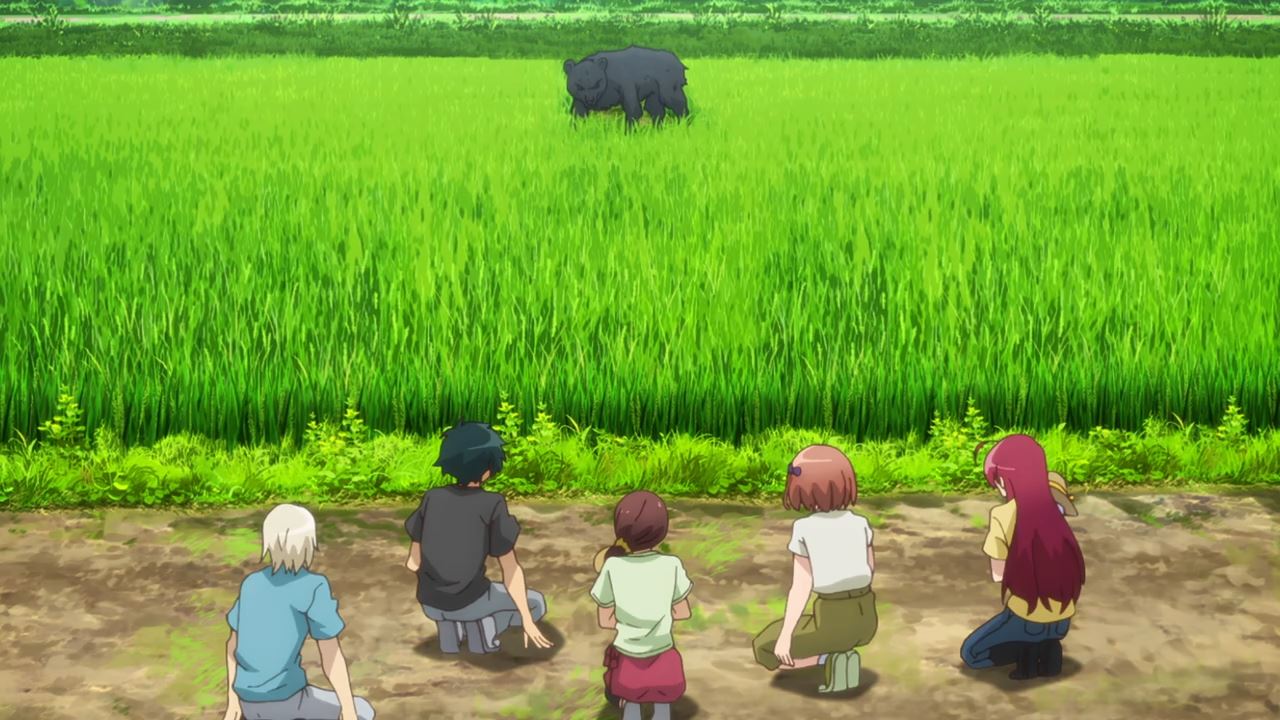 Then again, it seems that the wild animals are not acting out of pure instinct as I have a feeling that someone is controlling them, including this bear in which encountering one of them is bad news. 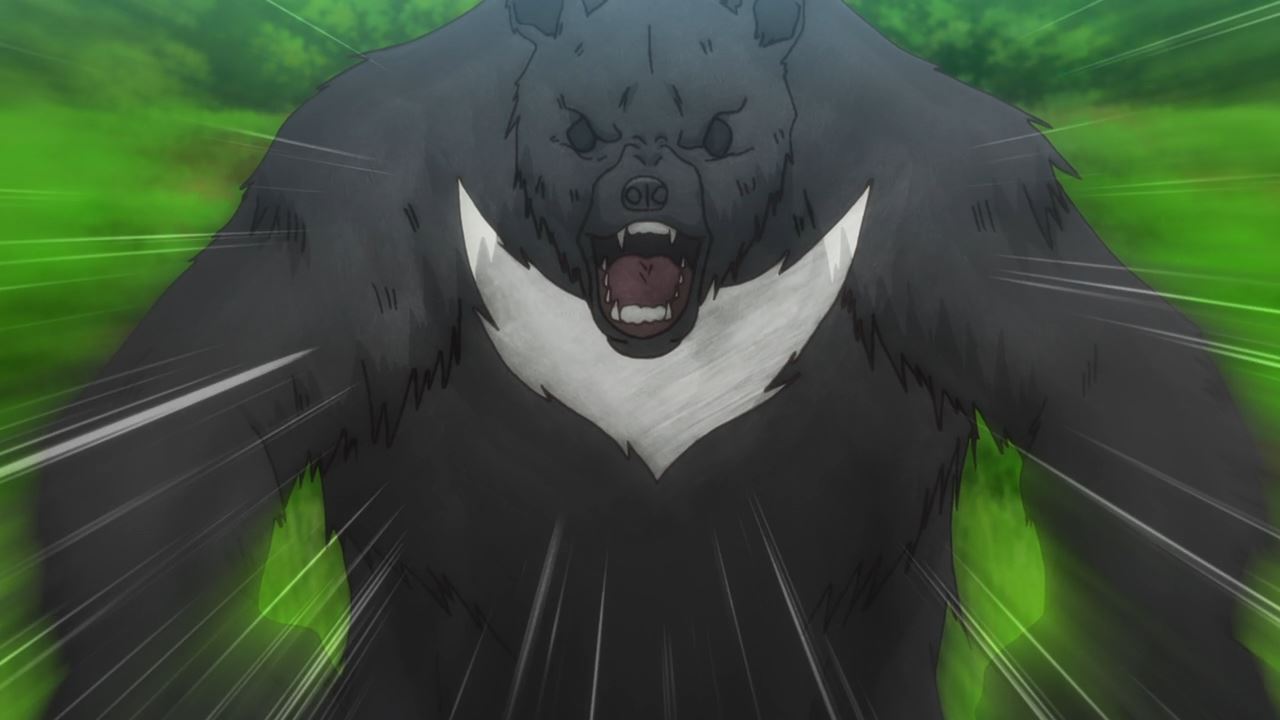 Anyways, looks like Satan will have to tame this bear and find out the culprit behind the wild animal attacks on the next episode. Then again, the demon lord is worried that Chi-chan’s parents might get scared once he showed his powers.