Posted on September 3, 2022 by benigmatica 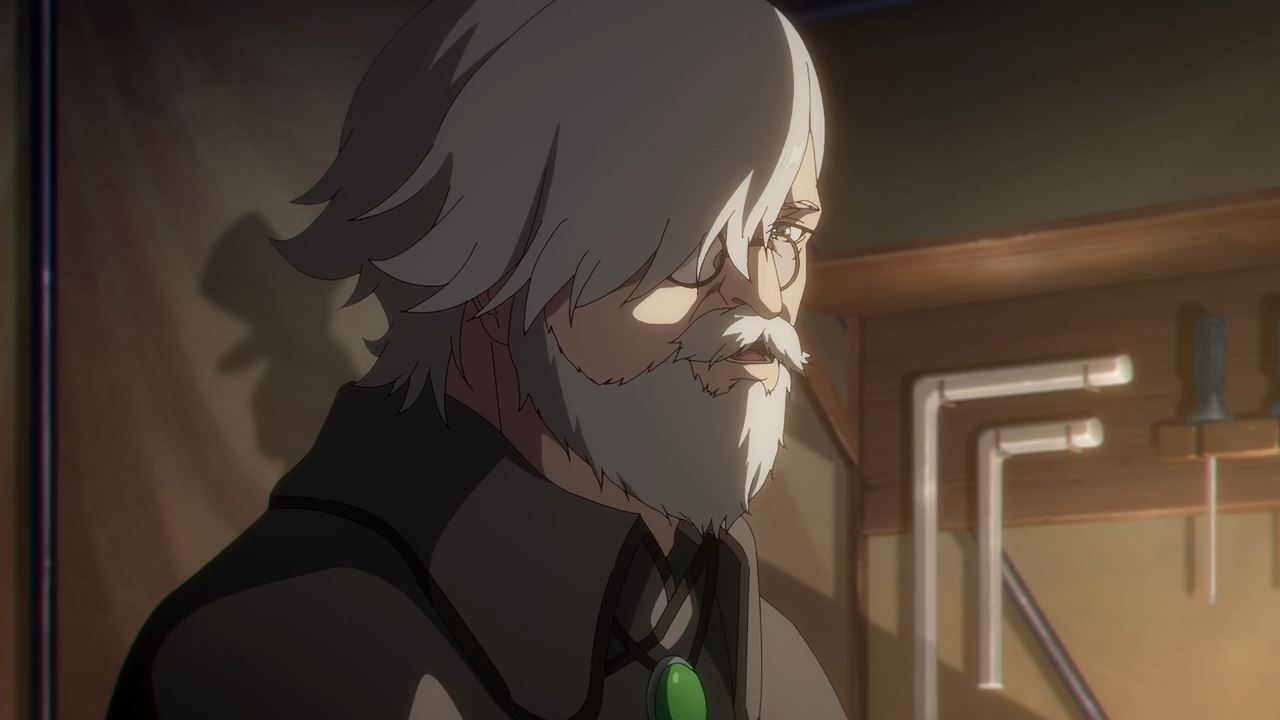 Let’s begin this episode with Kotaro Touma, the creator behind the Ouka-class automata where despite creating machines for war, Kotaro doesn’t want his creations being used to kill everyone. 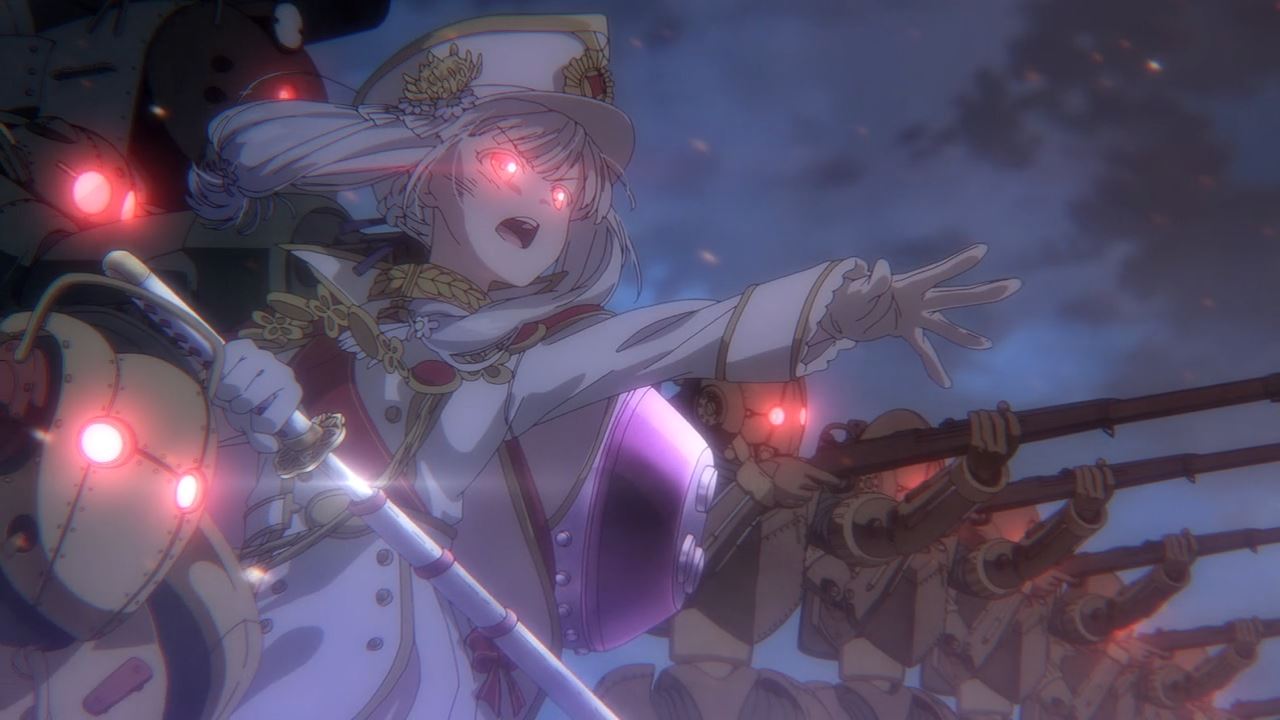 By the way, Kotaro Touma created another Ouka-class automata named Kikka where she commands an army of mechanica to turn the tide of war in her favor.

While I’m pretty surprised that Ouka has a twin sister, Kikka is still a mystery where her remains after the war are nowhere to be found… unless the Imperial Line Faction managed to rebuild her, thinking that she’s the real Ouka model. 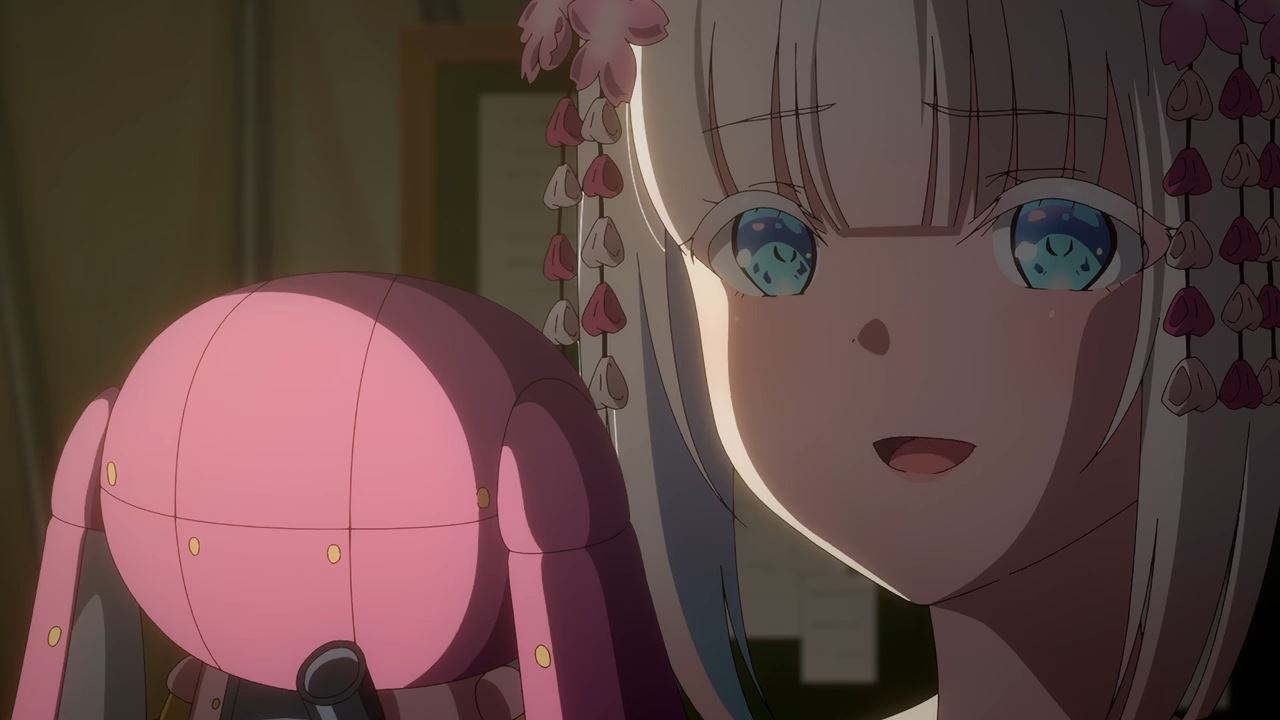 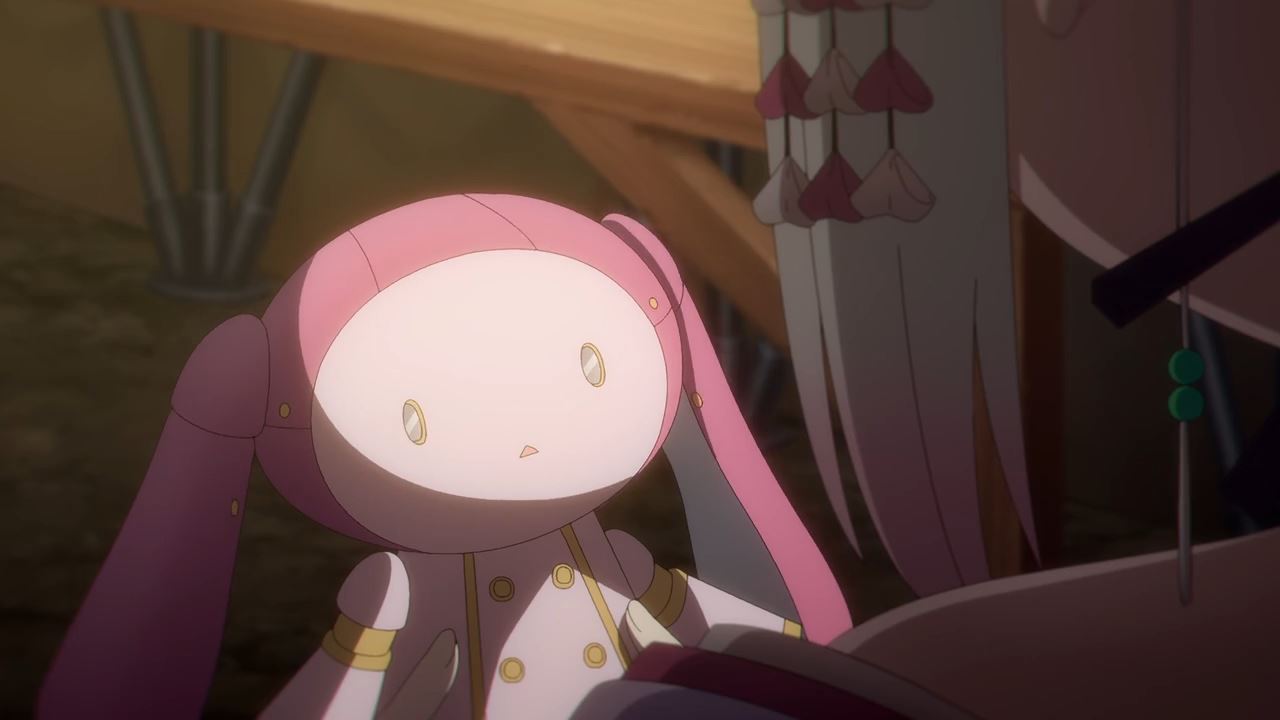 …which happened to be Inaba. Come to think of it, I wonder if Nagi Touma managed to find his father’s mechanica and repaired it for Haizakura?

Honestly, the mystery surrounding Haizakura thickens where I have a hunch that she was built by Kotaro Touma, but he kept her for a long time until the war is over. 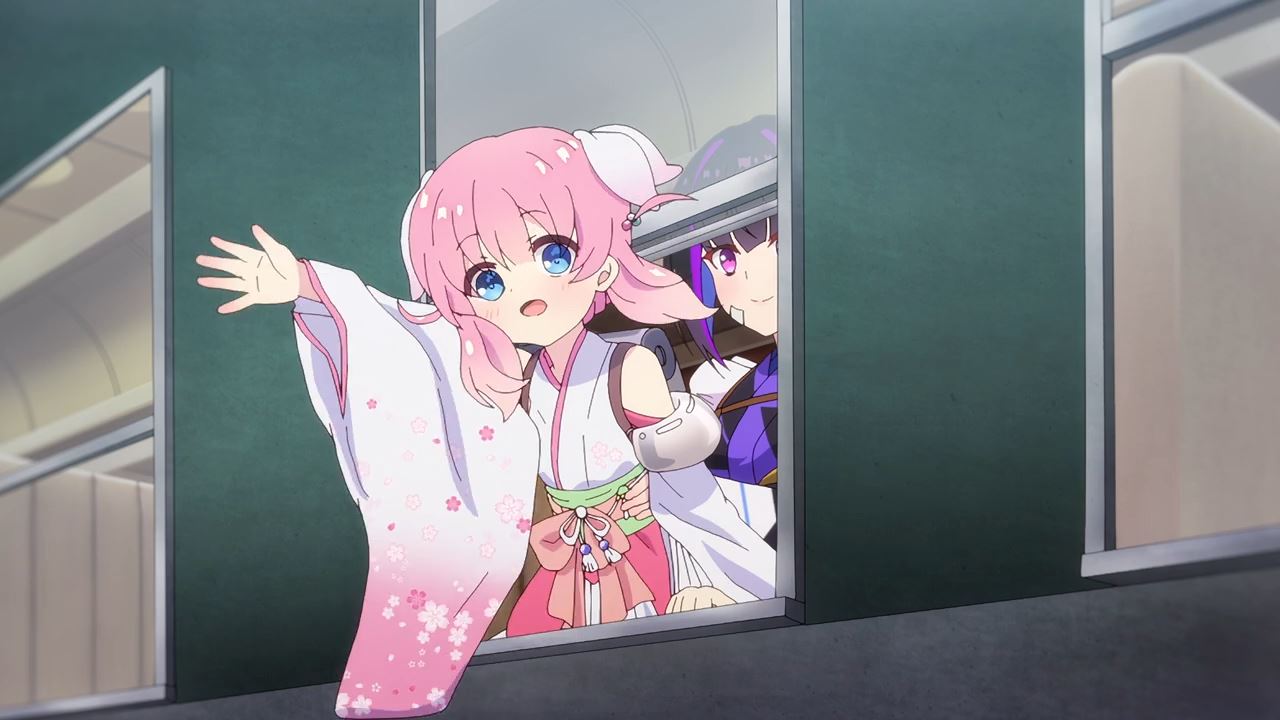 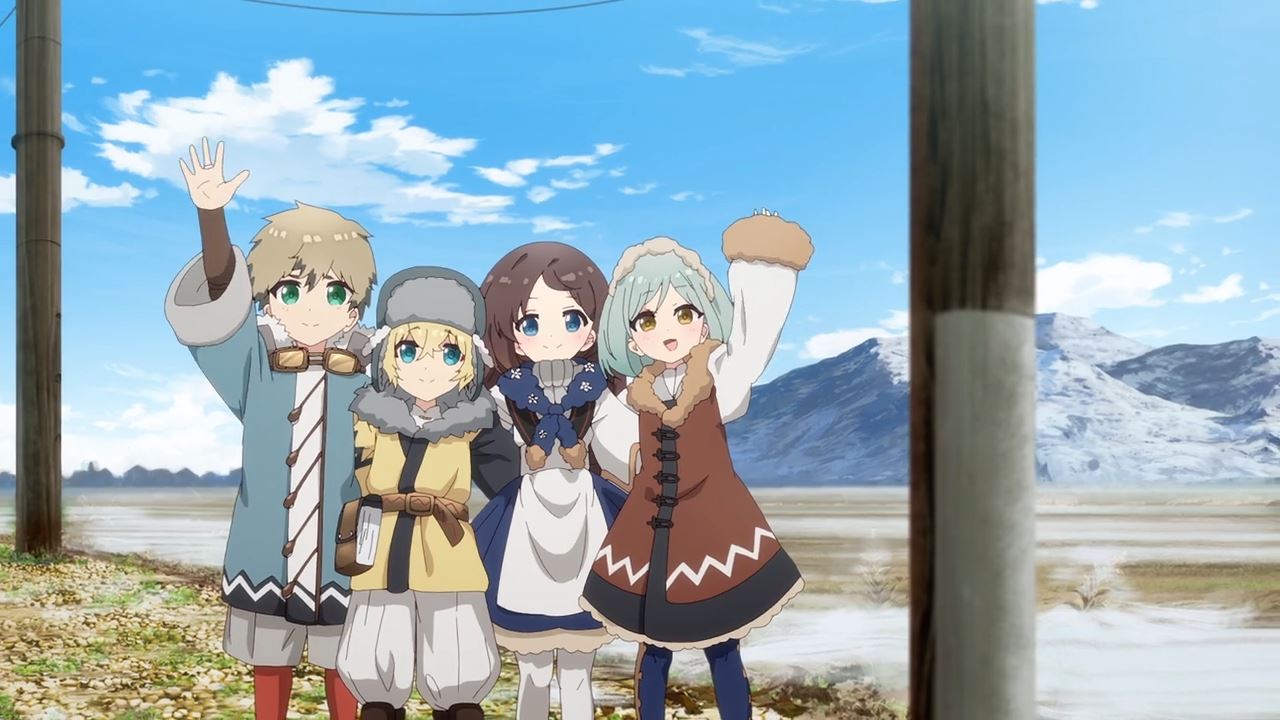 But now, let’s move onto the present where Haizakura leaves Altaria along with Karasuba as she waves goodbye to the children.

By the way, Nagi Touma will stay behind as he’ll be escorted by Otome Okunomiya, although he’s still suffering from the gunshot wound during his escape. 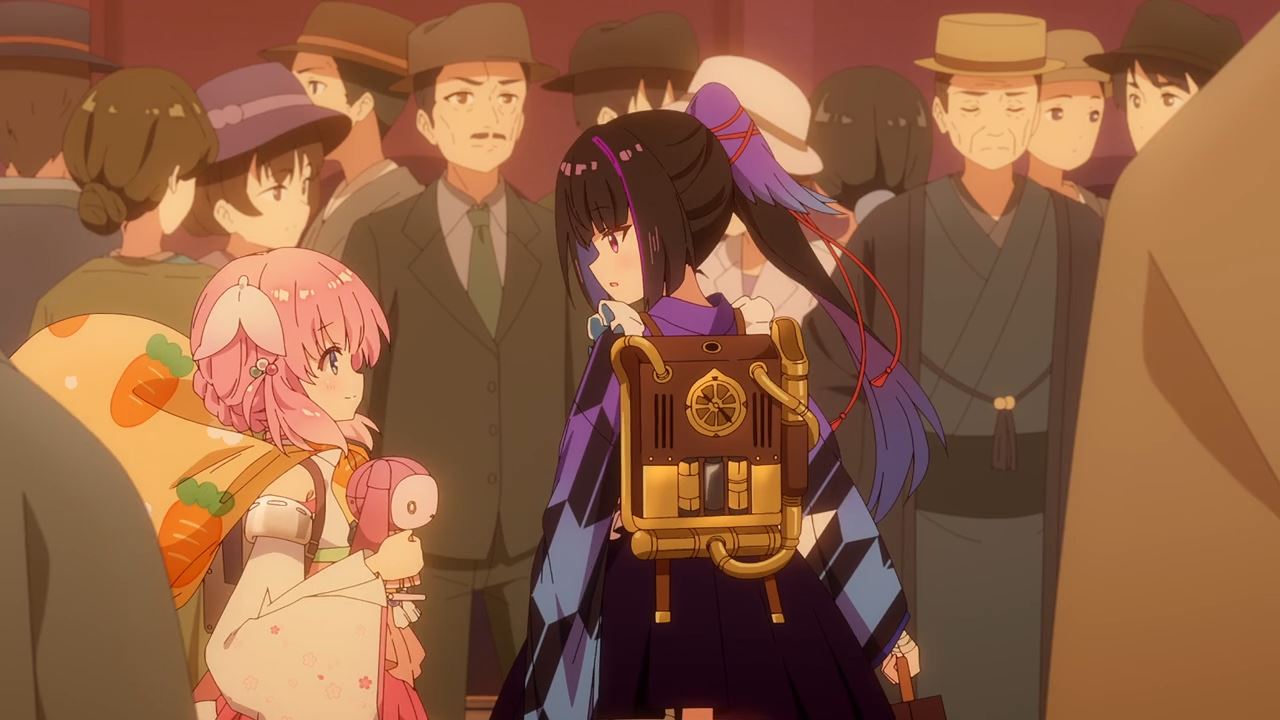 And now, they finally arrived at their home country as Haizakura and Karasuba are heading back to Kuroneko-tei. 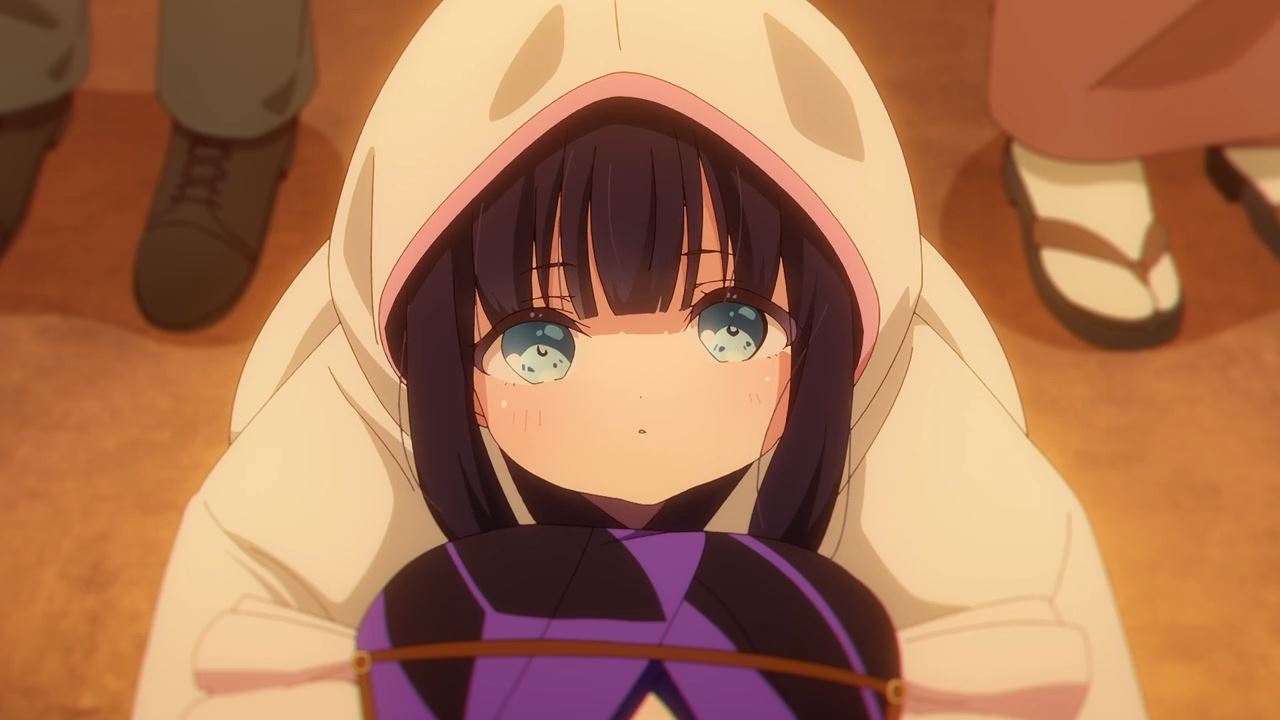 However, it appears that they encountered a mysterious automata named Haikagura where she doesn’t remember anything.

But wait a minute, I feel that Haikagura looked familiar as it resembled that Ouka-class automata that the Imperial Line Faction built from the previous episode. 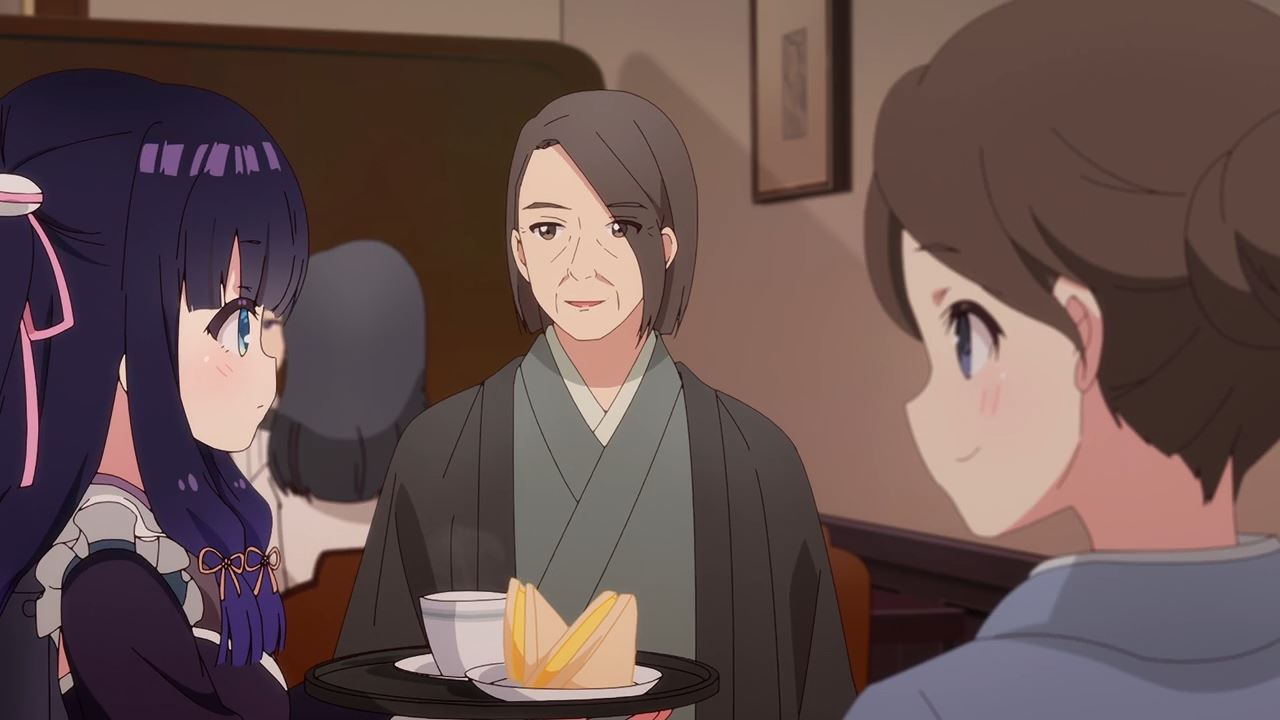 Regardless, Kuroneko-tei café took Haikagura under their wing as she learned the rope quickly and now she’s serving customers while Karasuba is still injured.

Even the patrons are surprised that a newcomer managed to show some customer service. 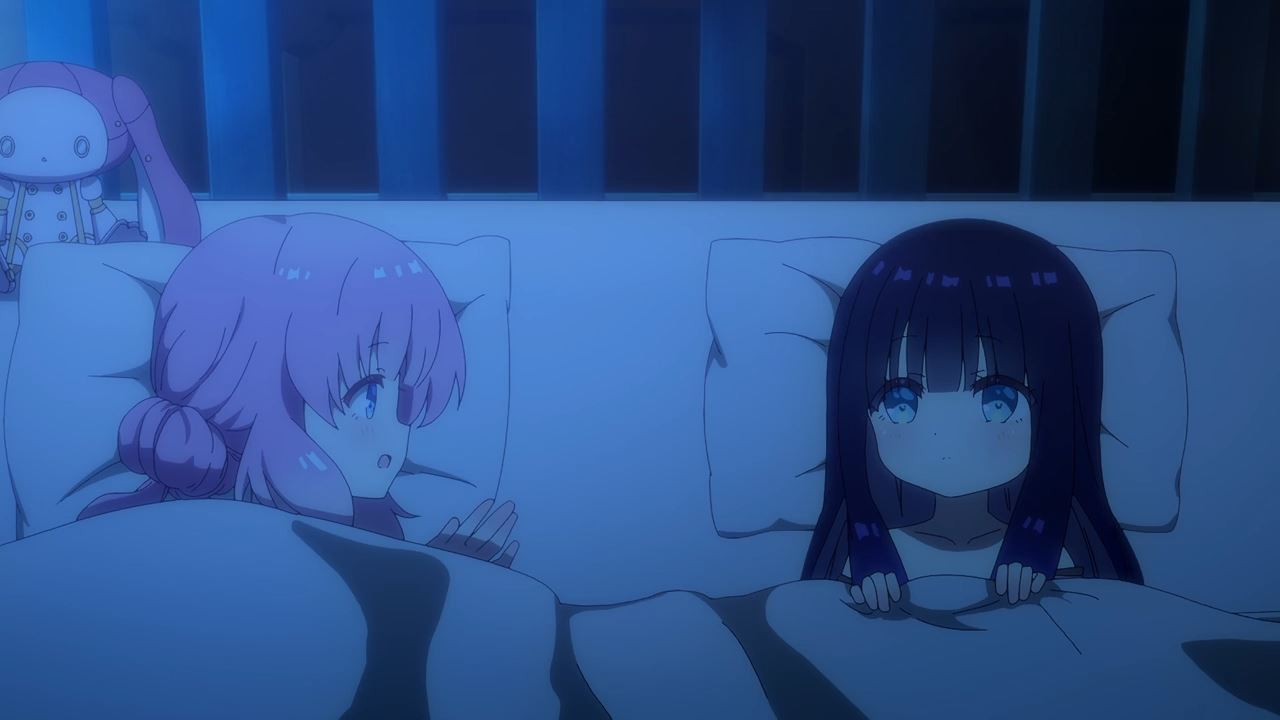 Now then, here’s Haizakura where she let Haikagura sleep in her room. I have to say that they look like sisters at first glance. 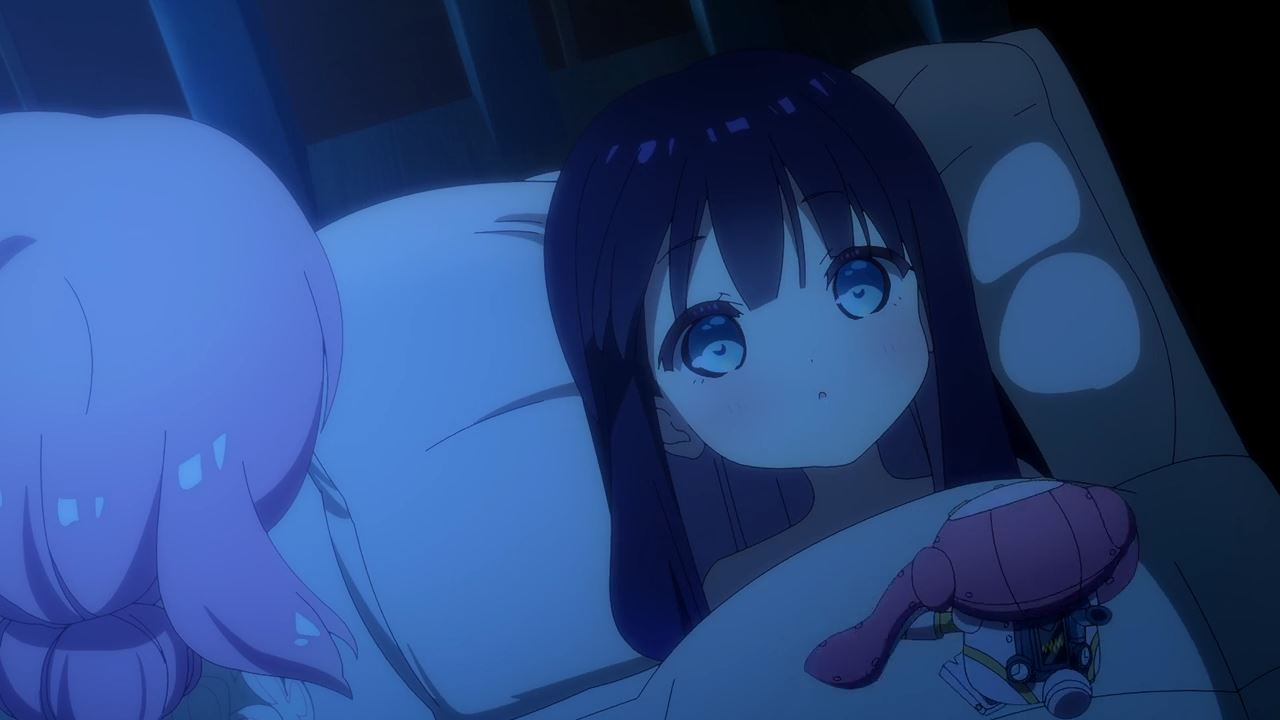 Oh yeah, it appears that Haizakura let Haikagura borrow Inaba as she wants the newcomer to let her sleep and experience dreams. Let’s hope that Haikagura got a good night sleep. 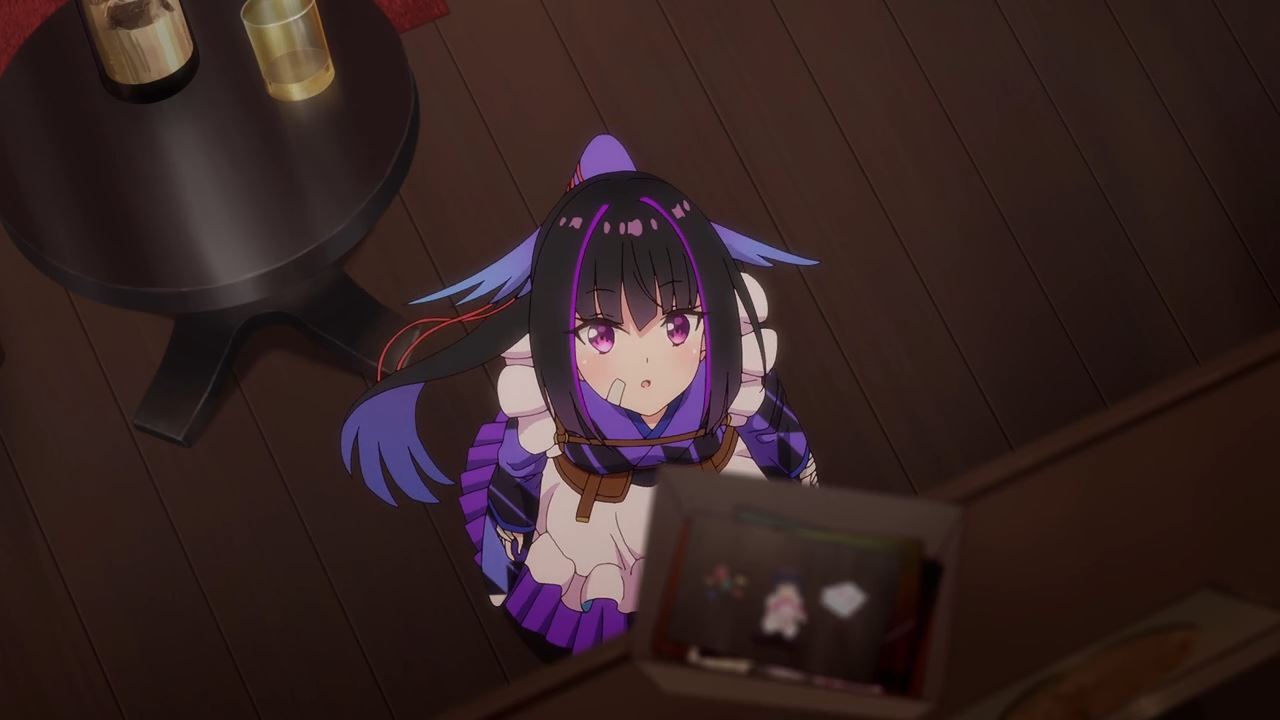 Meanwhile, here’s Karasuba where she found a box containing some pictures, although she can’t reach it unless Karasuba borrowed a ladder. 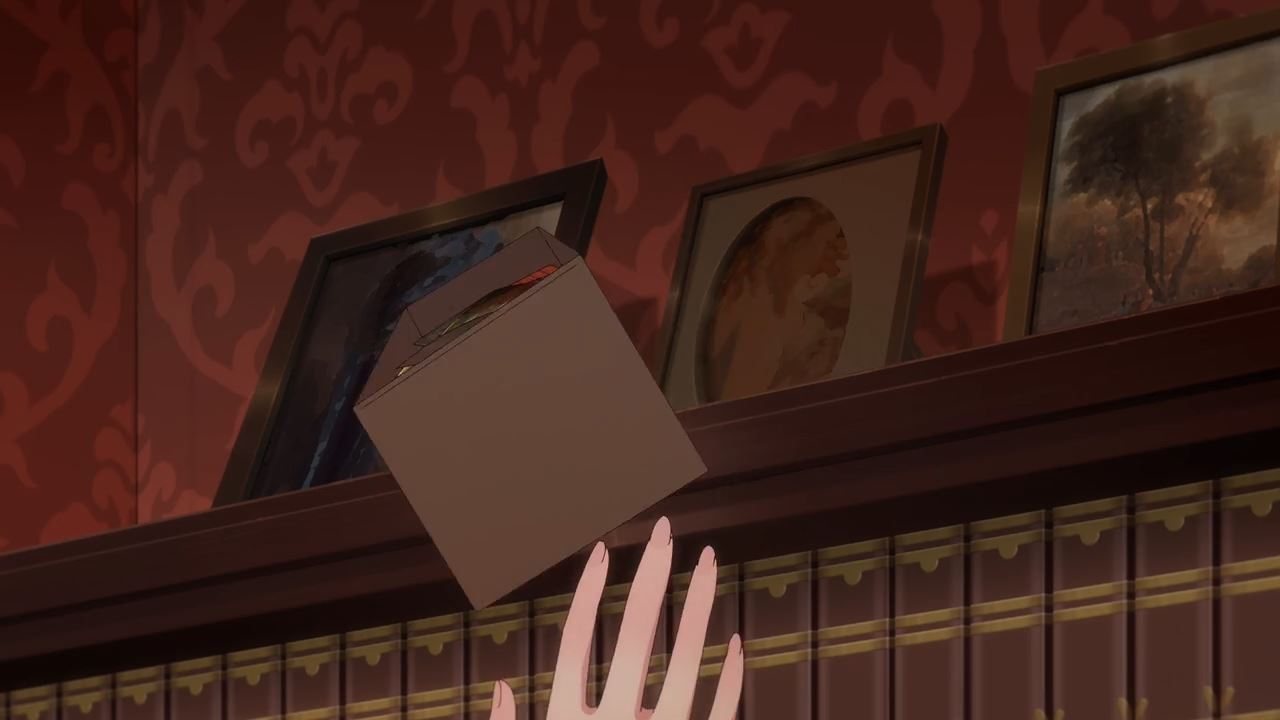 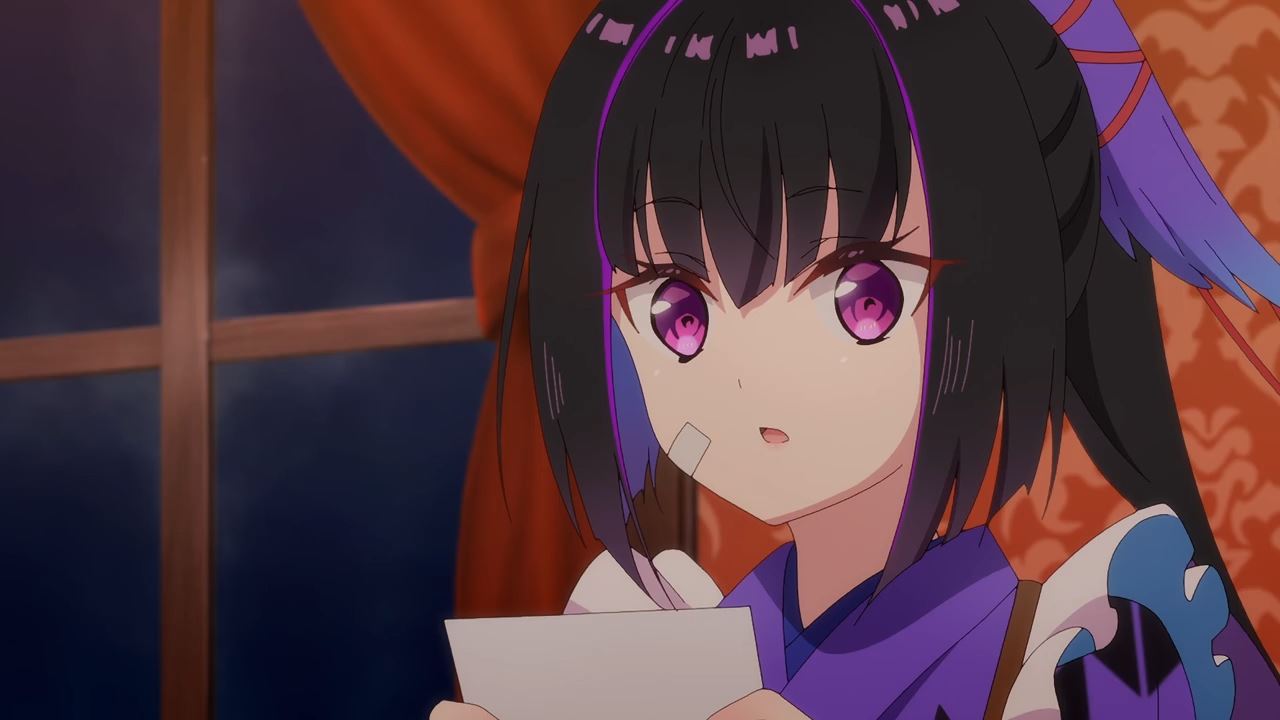 Still, she managed to reach the box which fell down to the floor and pick the scattered pictures until Karasuba found one. 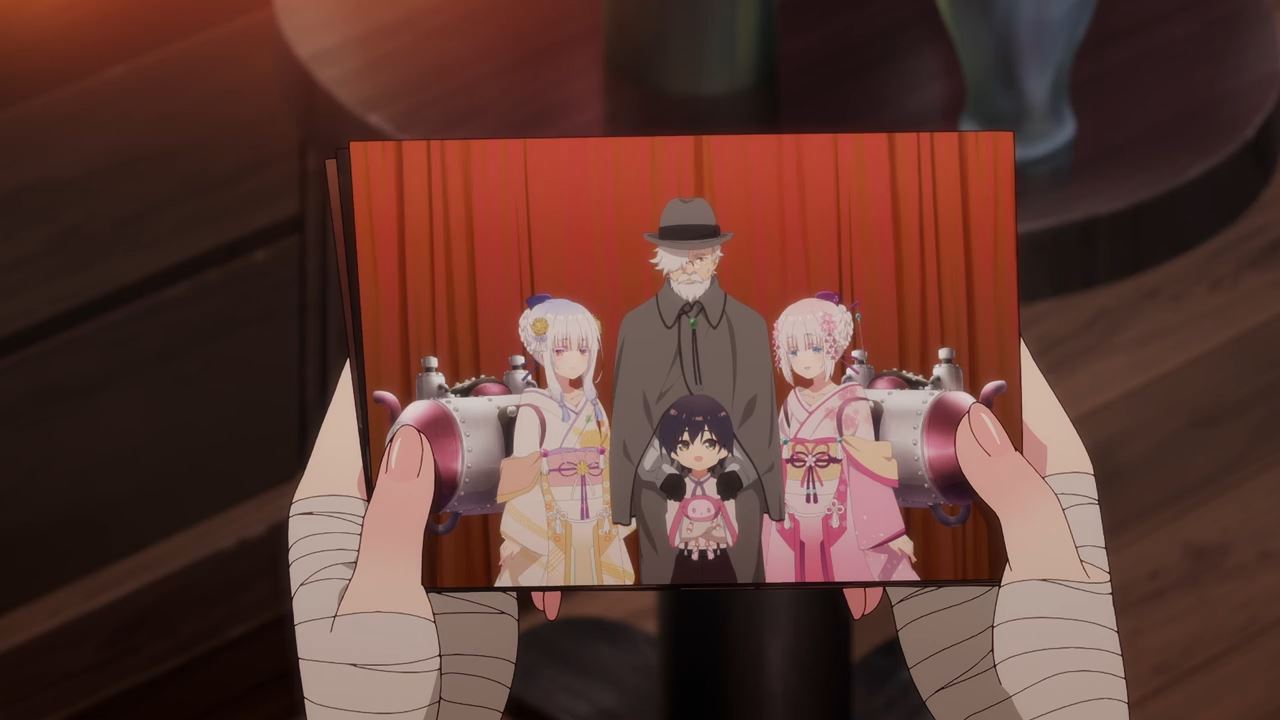 Anyways, this picture contains Kotaro Touma where it was taken during the war together with her master Nagi, Ouka, and possibly Kikka.

Gotta say that Karasuba is really curious about Nagi’s father where he created two dolls that were extensively used for war, even though Kotaro doesn’t want his creations shedding blood and destruction. 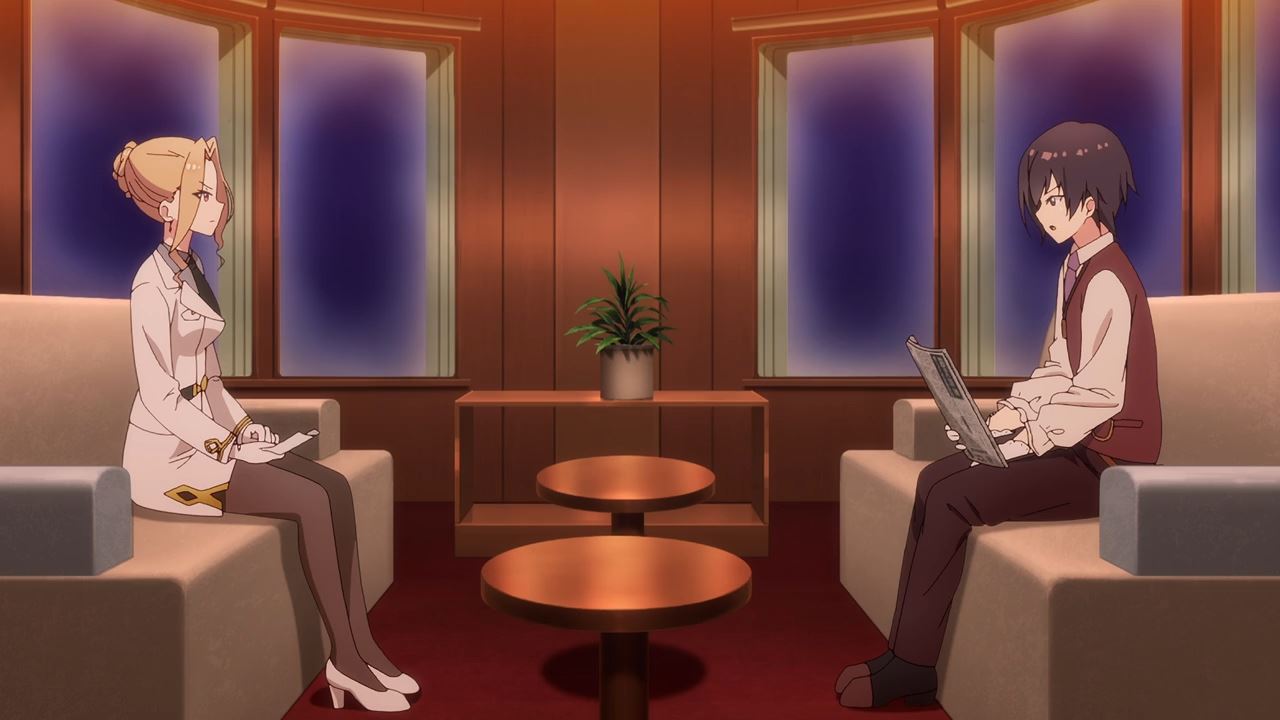 Speaking of Nagi Touma, looks like he has to return to his home country early together with Otome Okunomiya where he fears that staying in Altaria for a longer period would pit himself in danger.

Of course, the only thing that worries Nagi is Haikagura where her presence is pretty concerning for him and Otome-san. 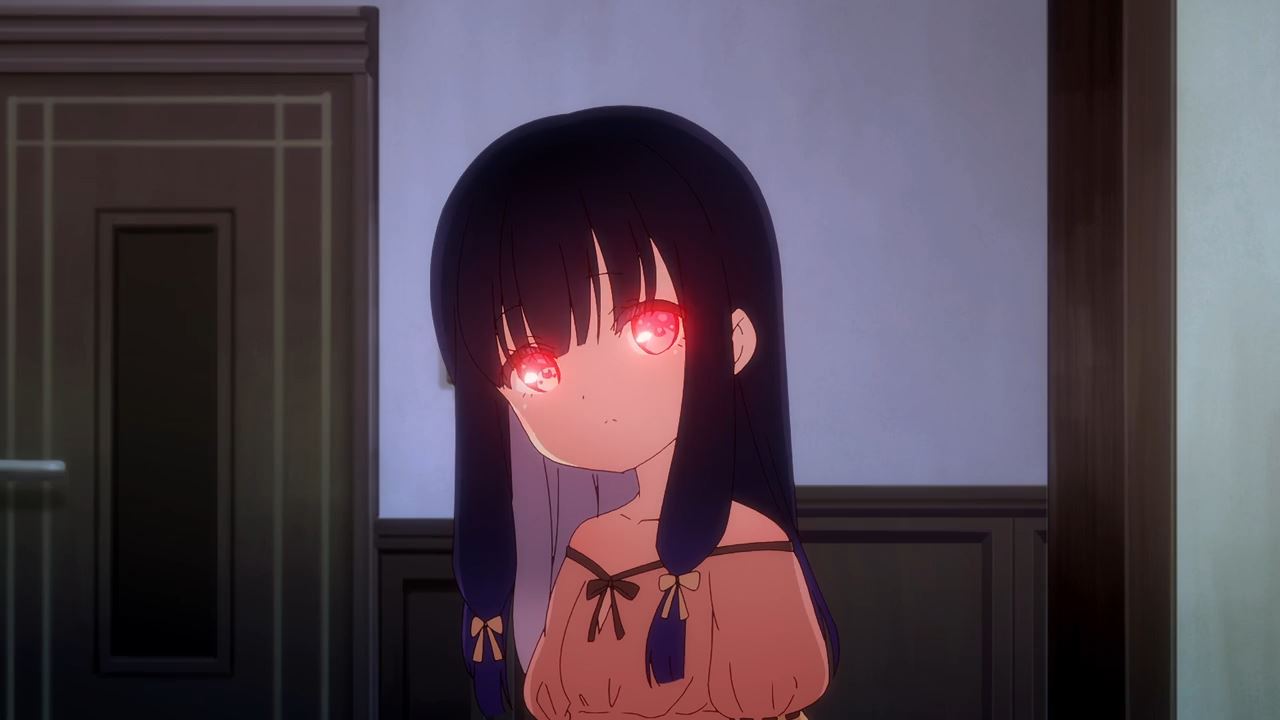 Now then, here’s Haikagura where she’s acting a bit weird during the late night, especially when her eyes are glowing red.

Wait a minute, I have a bad feeling that the Ouka replica transferred her conscience onto Haikagura’s body in order to get inside the café and create some disturbance. 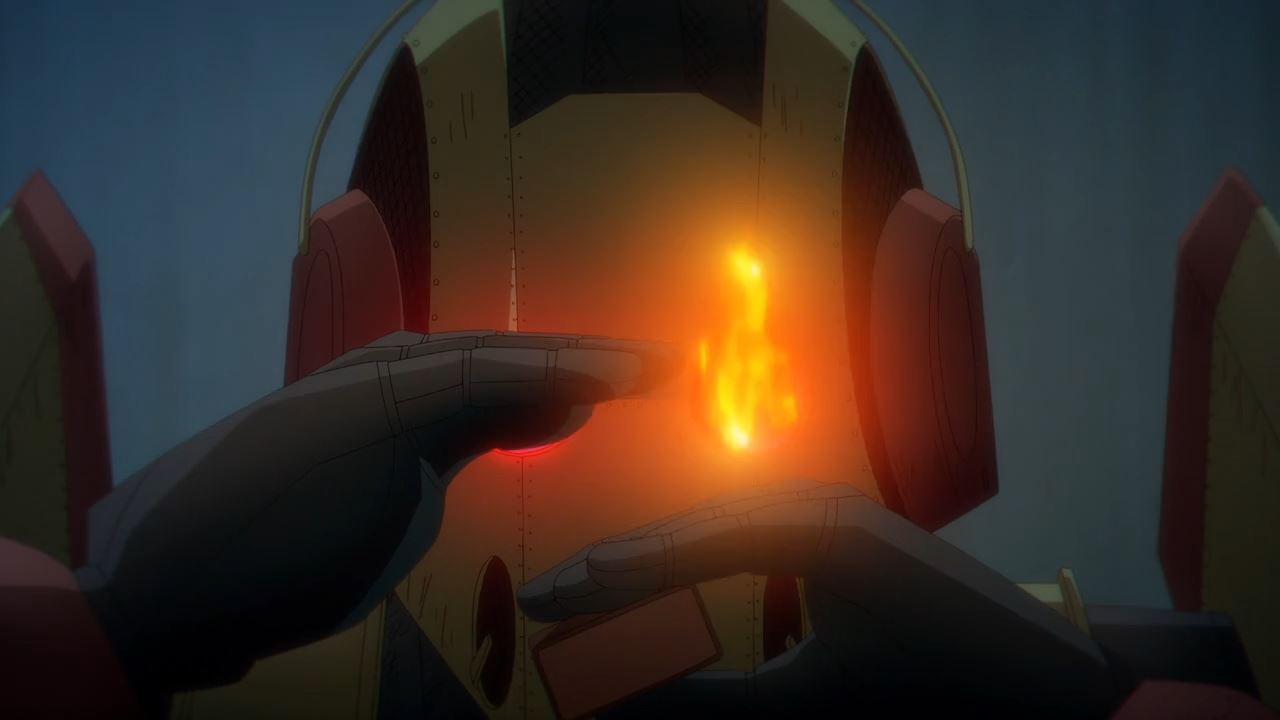 And speaking of Haikagura, looks like she ordered the mechanica inside Kuroneko-tei to set the café ablaze. Okay, looks like Haikagura is actually a sleeper agent where she wants to bring this country back to war! 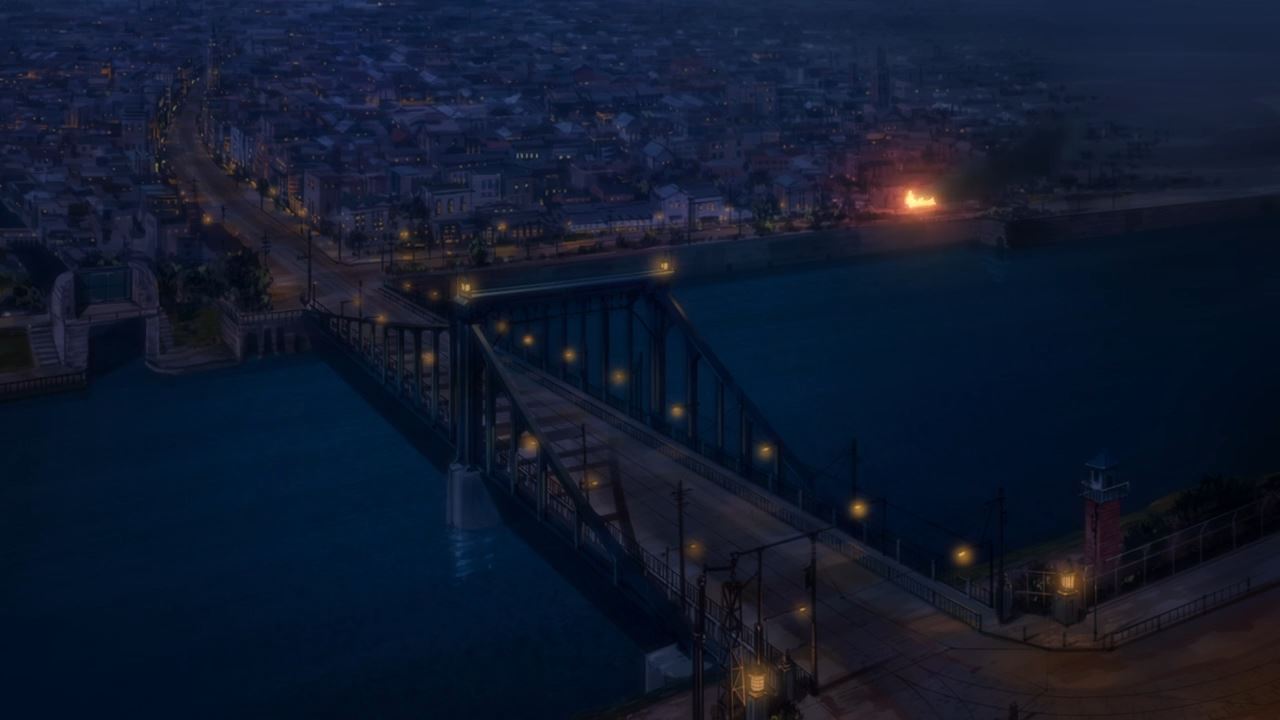 Of course, I’m really worried about Haizakura and her fellow automata as they’re gonna get destroyed by Haikagura or should I say Ouka.

With that said, I’m hoping that they’ll survive on the next episode, but I’m sad that the café might be reduced to ashes.