Posted on September 6, 2022 by benigmatica 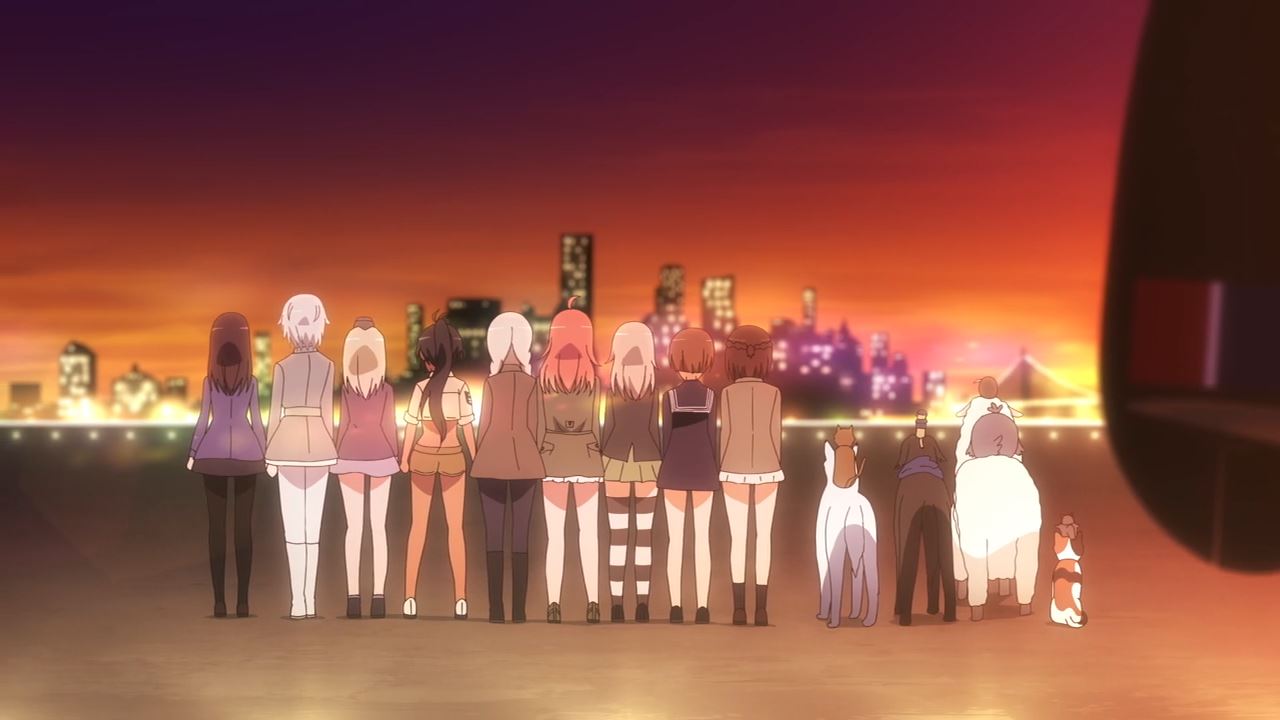 Welcome to Liberion, Joanna Elizabeth Stafford’s home country as the Luminous Witches have arrived as part of their world tour.

Unlike in Europe, the United States of Liberion wasn’t destroyed by the Neuroi, thus the country supply tons of weapons to help the war effort. 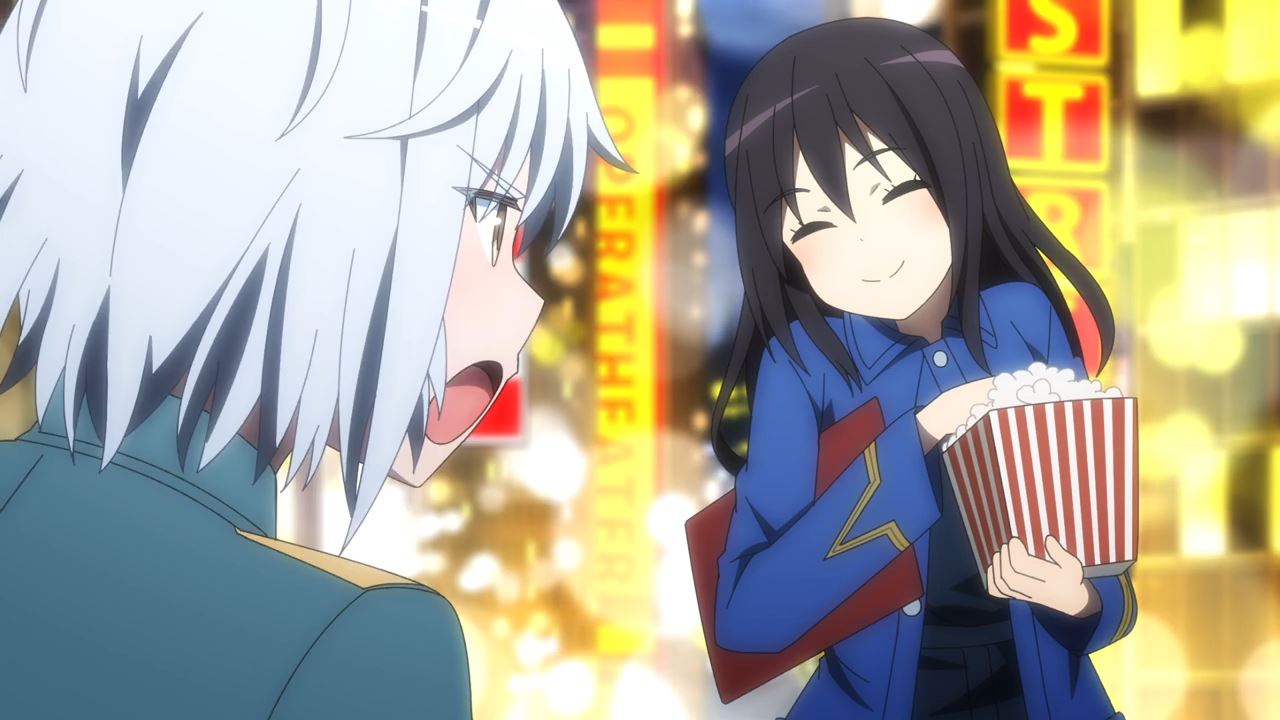 Even Eleonore Giovanna Gassion is impressed that Liberion kept its cities lit, thus everyone is happy to enjoy the night life during the war period.

Of course, Ellie wished that her country of Gallia will be rebuilt to its former glory once the Neuroi nest is destroyed, although it’ll take lots of time to defeat it. 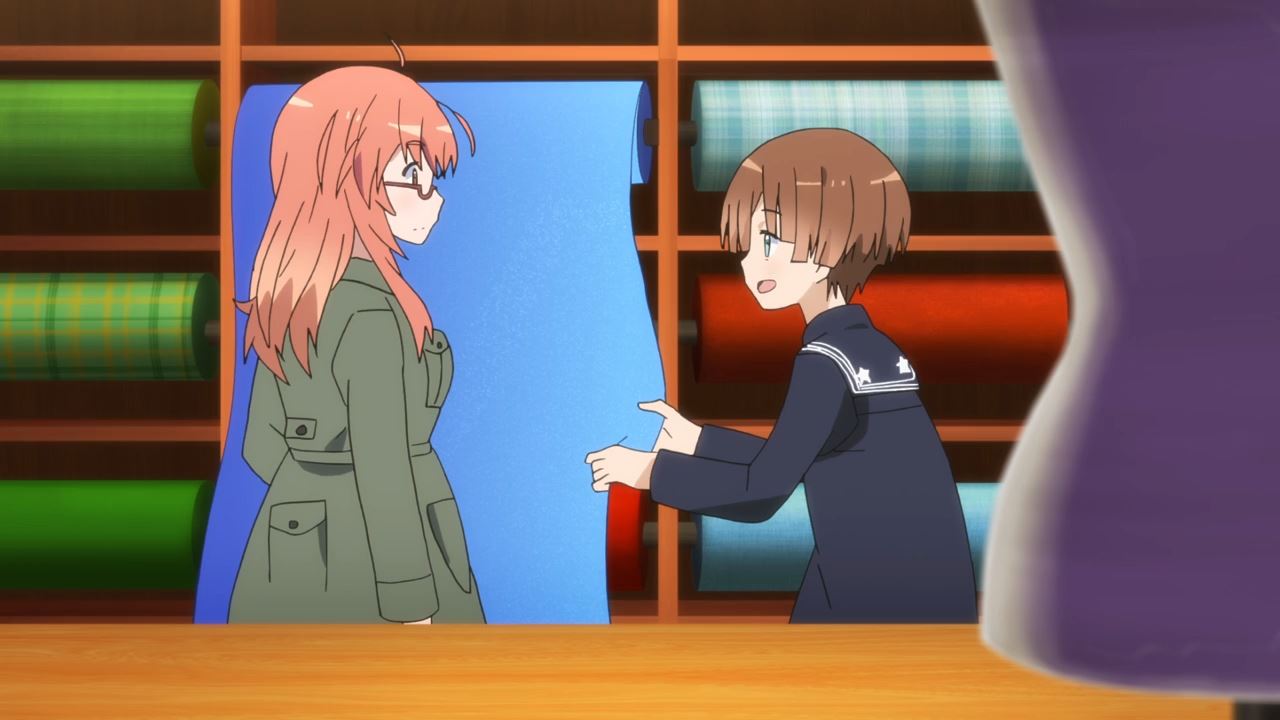 Now then, the rest of the 72nd Aviation Magic Band are exploring various things in New York at their own place.

This includes Sylvie Cariello and Joanna Elizabeth Stafford where they found new materials for their costumes like this blue gradation fabric. Of course, making costumes using this fabric will be a challenge for both Silvi and Jo. 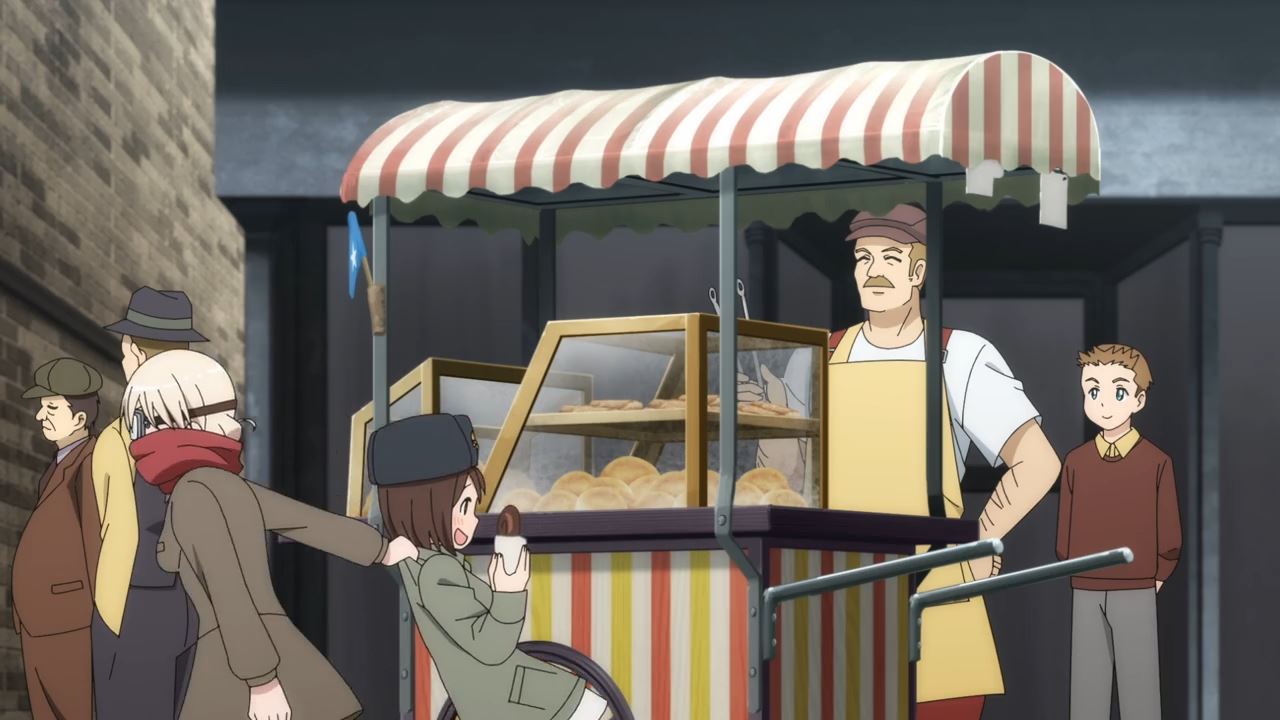 Also, here’s both Inori Shibuya and Lyudmila Andreyevna Ruslanova where the former wants to taste some donuts while the latter warned Inorin to keep their cover as they’re celebrities at this point.

By the way, the man who sells donuts on the streets? Well, he’ll return later… 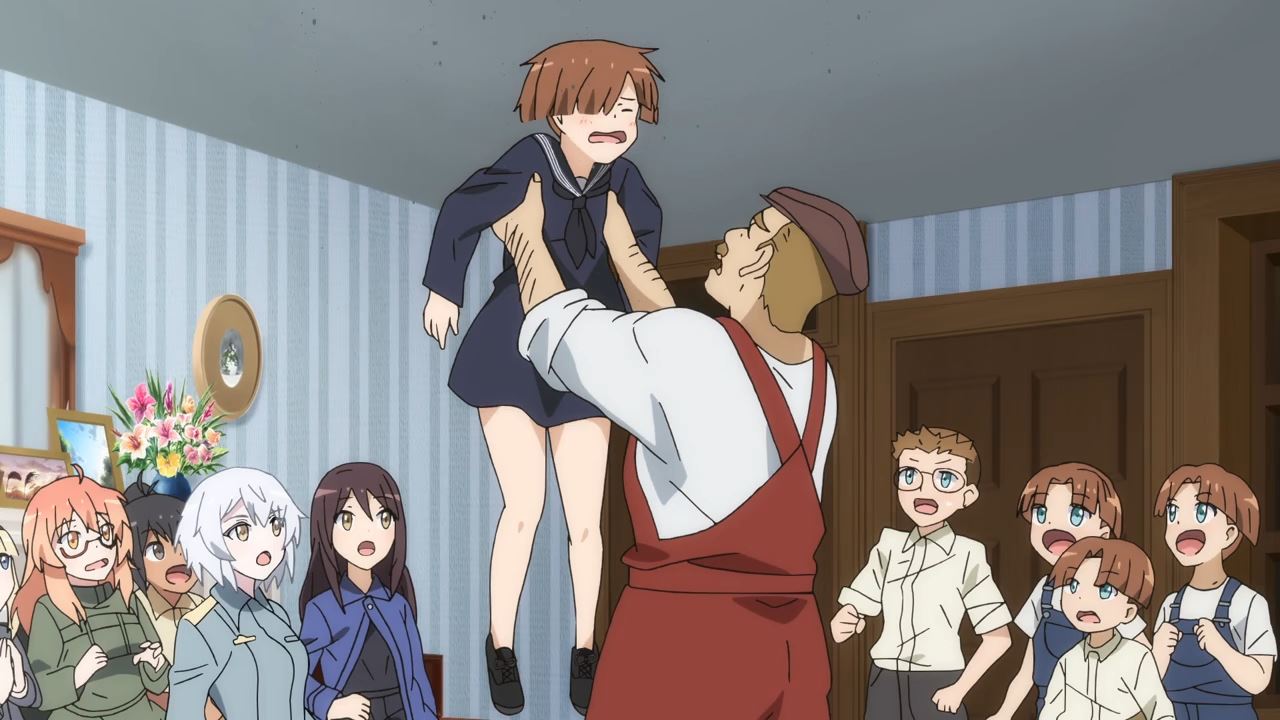 That’s because he’s actually Jo’s father where he’s happy to see his daughter for a long time, although Jo’s father made a mistake in raising his daughter to the ceiling that she got a bump in the head. 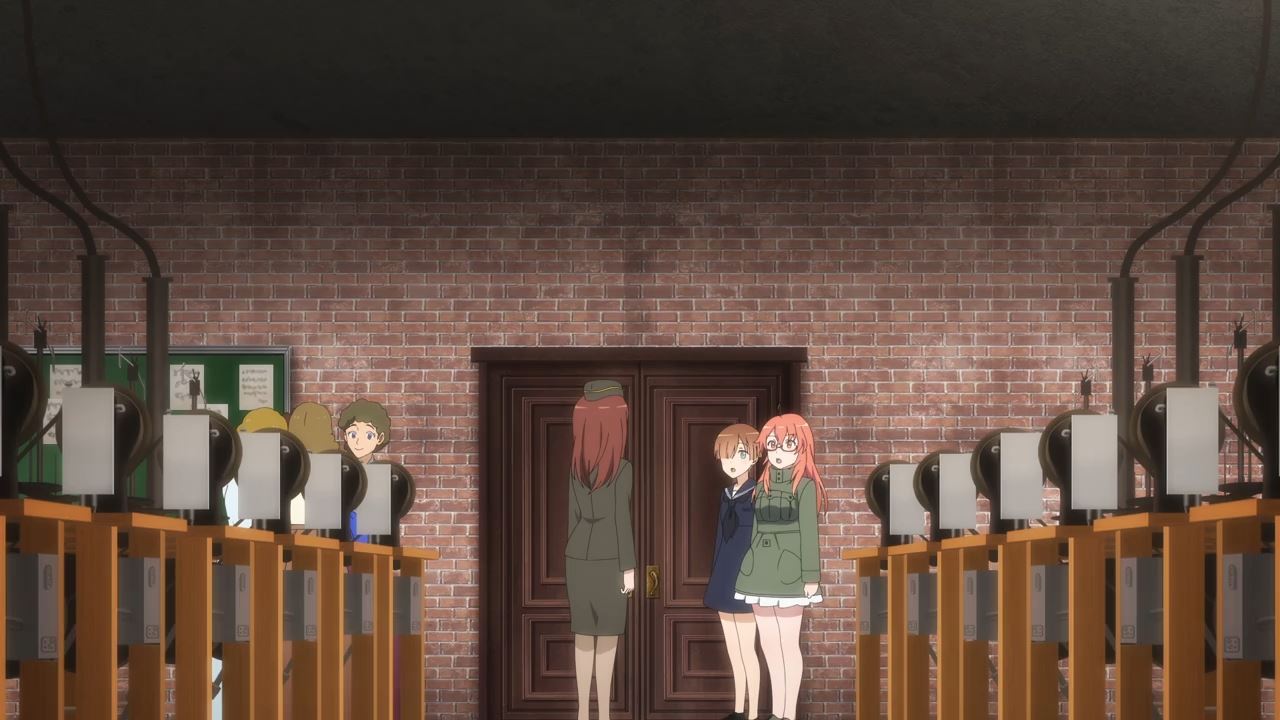 Oh yeah, as for their new costumes, Commander Grace Maitland Steward asked a sewing company to make one in a jiffy. 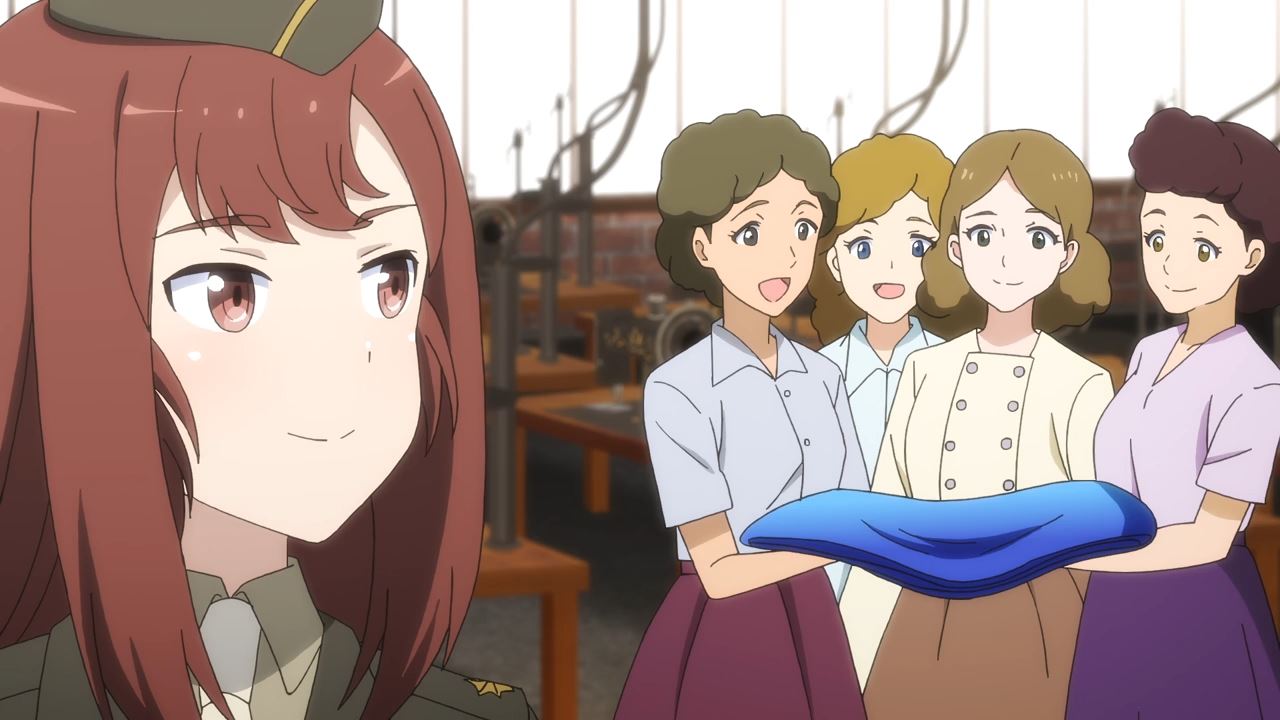 And seriously, these women are pretty excited to use their sewing machines to create costumes for the Luminous Witches. C’mon, Liberion’s industrial capabilities are nothing to scoff at during the war! 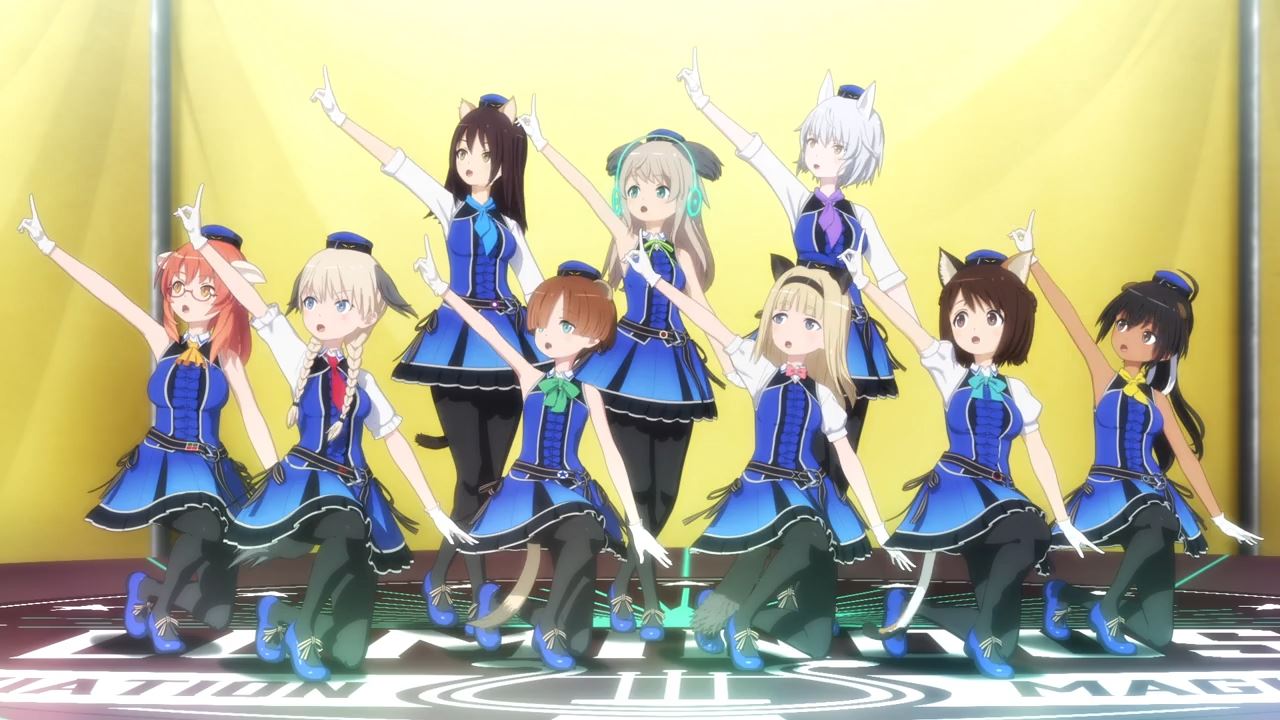 Anyways, the new costumes are finally complete in time for their concert at Governors Island. Gotta say that they looked stunning in their blue outfits. 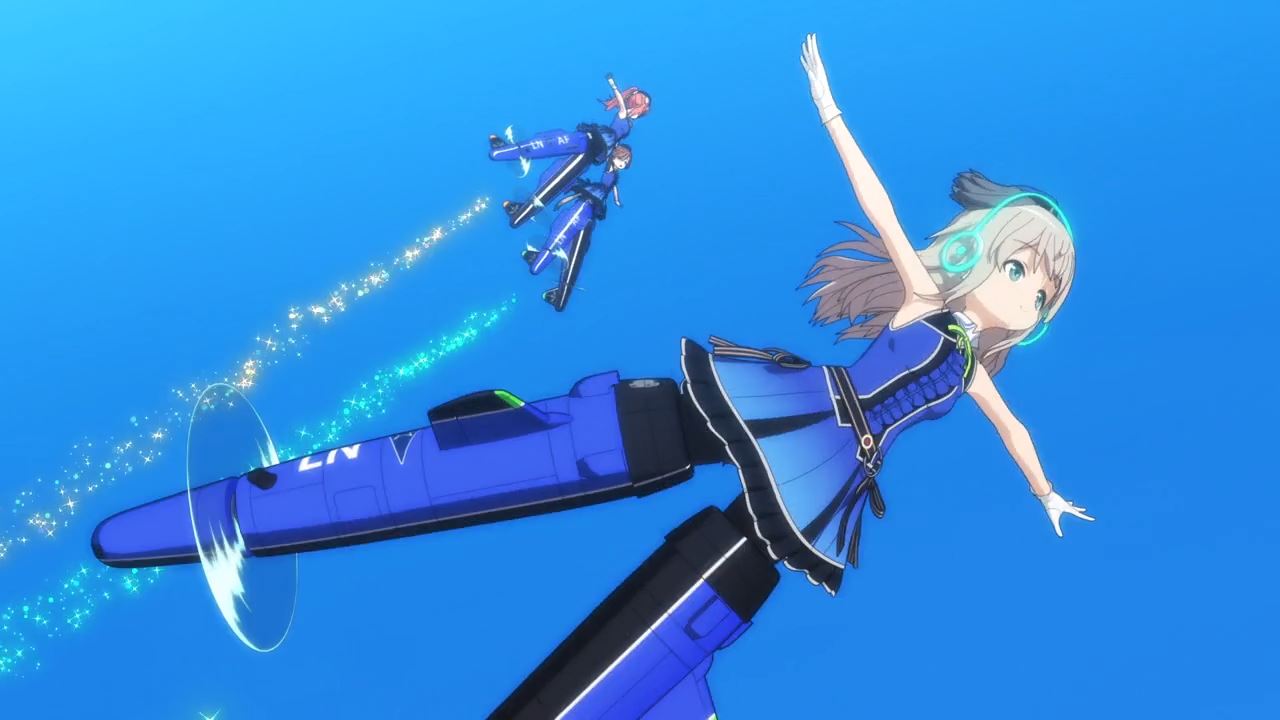 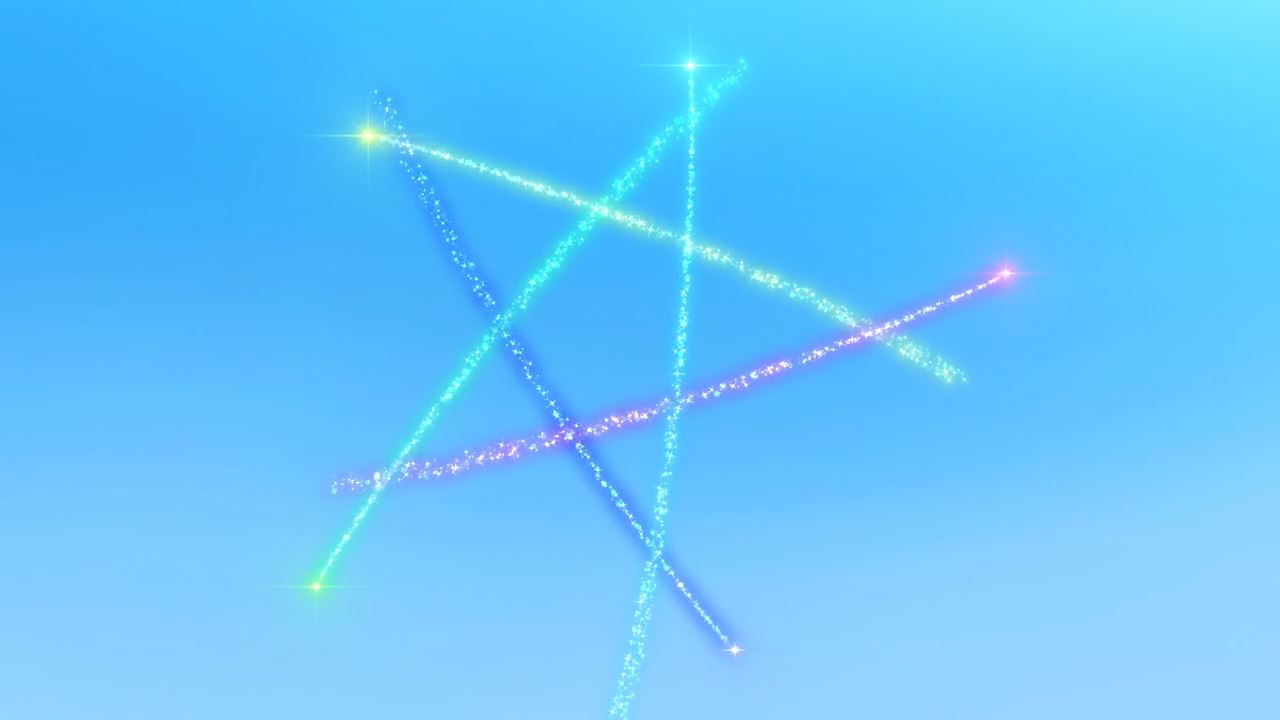 Oh yeah, it’s time for the finale where the Luminous Witches made a star over the blue sky. C’mon, this is Liberion after all!

Looks like the 72nd Aviation Magic Band pulled a stunning show, especially Jo where she made her family proud. 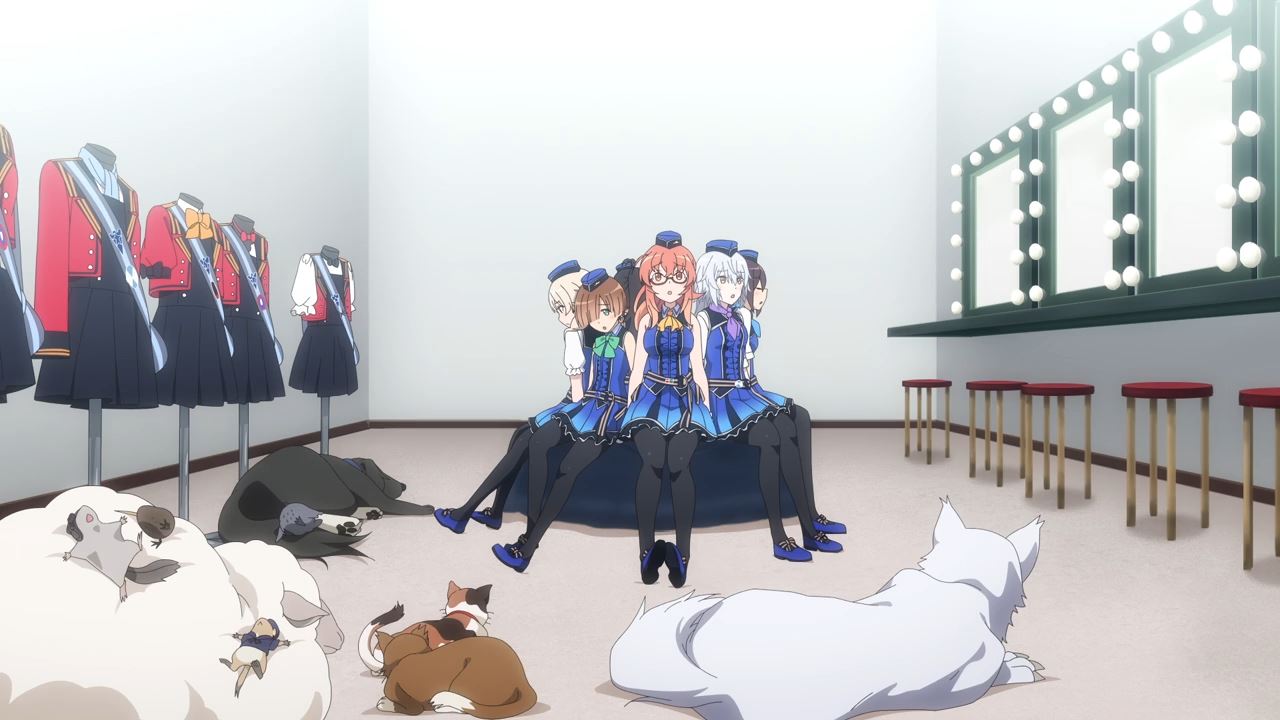 Sadly, this will be the last stop for their world tour as the Luminous Witches will take a long break.

After all, their globe-trotting adventures is tiresome, yet enjoyable as Ginny and the rest went to various far-flung places. Then again, it’s sucks that Virginia Robertson couldn’t find Moffy’s compatriots. 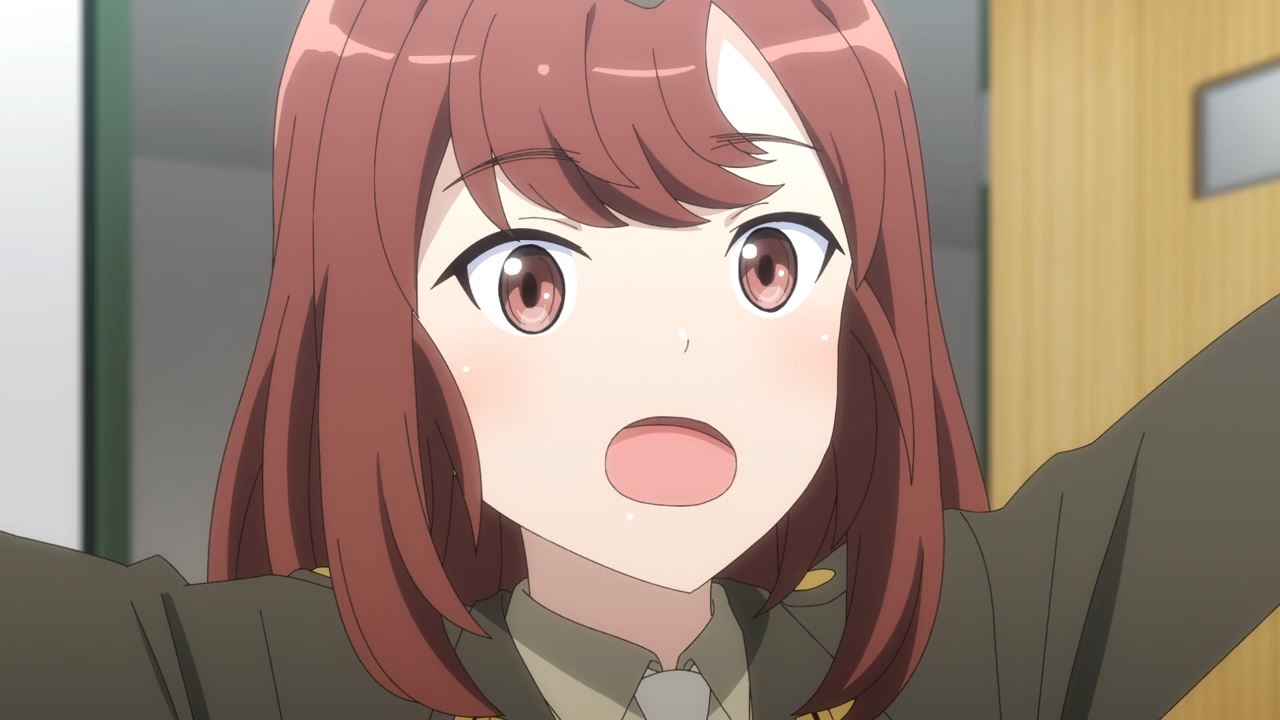 On second thought, it appears that the 72nd Aviation Magic Band will continue their world tour as Commander Gracie told everyone that the 501st Joint Fighter Wing has liberated Gallia.

Of course, the Strike Witches will have a long road ahead in liberating both Romagna and Karlsland but hey, Ellie’s home country is liberated from the Neuroi threat! 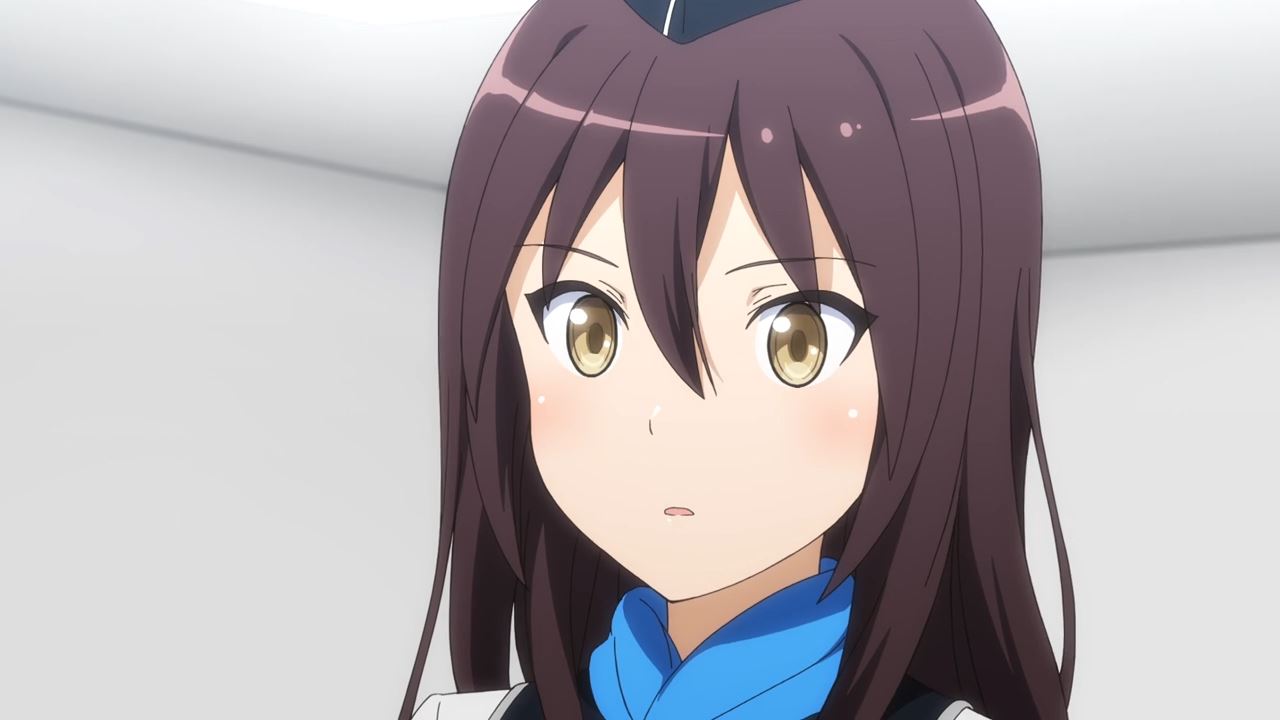 In any case, their world tour continues on the next episode as Eleonore Giovanna Gassion will return to Gallia as part of the 72nd Aviation Magic Band. Of course, will anyone welcome Ellie with open arms upon arriving there?